Roofed Pole with the sculpture of the Pensive Christ

The region of Samogitia is rich in roofed poles. It is believed that they have evolved from small tombstones similar to krikštai (Lithuanian burial monument of oldest type, typically carved of wood). The wooden roofed pole in a country house yard of Leliūnai village is one-storey, with a carved sculpture of the Pensive Christ under a multi-layered small roof, the edges of which are decorated with toothed verge trims. The roof and its top spike are covered with steel sheets.

An archaic motif of the tree of life may be discerned on the roofed pole. It is also disclosed by two bird figures symmetrically “seated” on the elements of green-painted décor resembling the monument branches. Usually such elements are typical to various interpretations of the tree of life. The motif of two birds may only be the external form, i.e. dictated by the strive for symmetry, however the archaic origins of this composing principle and its popularity in the decor of other folk art objects also provoke different thoughts. Bird motifs are neither very common, nor play a dominant role in the decoration of wooden crosses and earlier roofed poles: usually these are two or seldom four small birds, complementing the geometric and plant ornaments of the crosspieces. As the intent and circumstances of the roofed pole erection are unclear, other interpretations of these images are possible.

Two birds facing each other, as in this roofed pole, are also seen in the images of crosses of Anastasis of the Roman period (4th century) of Christianity. They may also signify immortal redeemed souls or an intuition of the resurrection of Christ.

The sculpture of the Pensive Christ is under the roof, topped with a triangle with an eye in the middle, representing the Holy Trinity. Such symbolism is very common in religious art. The corners of the triangle symbolize God the Father, God the Son and the Holy Spirit. The eye means the all-seeing eye of Providence, constantly watching and protecting us. Since ancient times, the eye has been the symbol of the sun, the God’s eye and the eternal vigilance. It is the window of the soul and the light of the body.

Indeed, the iconographic type of the Pensive Christ was quite common in Christian Europe. It is believed that the image of Christ deep in thought and sitting on a stone developed in the territory of northern Germany in the 14th century. It appears in Polish art at the turn of the 15th-16th centuries, both in churches and roadside chapels, and from there it reached folk art in Lithuania.

This roofed pole represents the most widespread Gothic interpretation of the Pensive Christ in Lithuania, where the body of Christ is almost naked, only the hips are covered with perizoma. Although in Lithuanian folk sculpture the body of Christ sitting in this pose is usually and exceptionally red or brown, in this roofed pole it is white, the way is depicted throughout professional art, according to established iconographic tradition.

Roofed Pole with the sculpture of the Pensive Christ - Leliūnai 97311, Lietuva 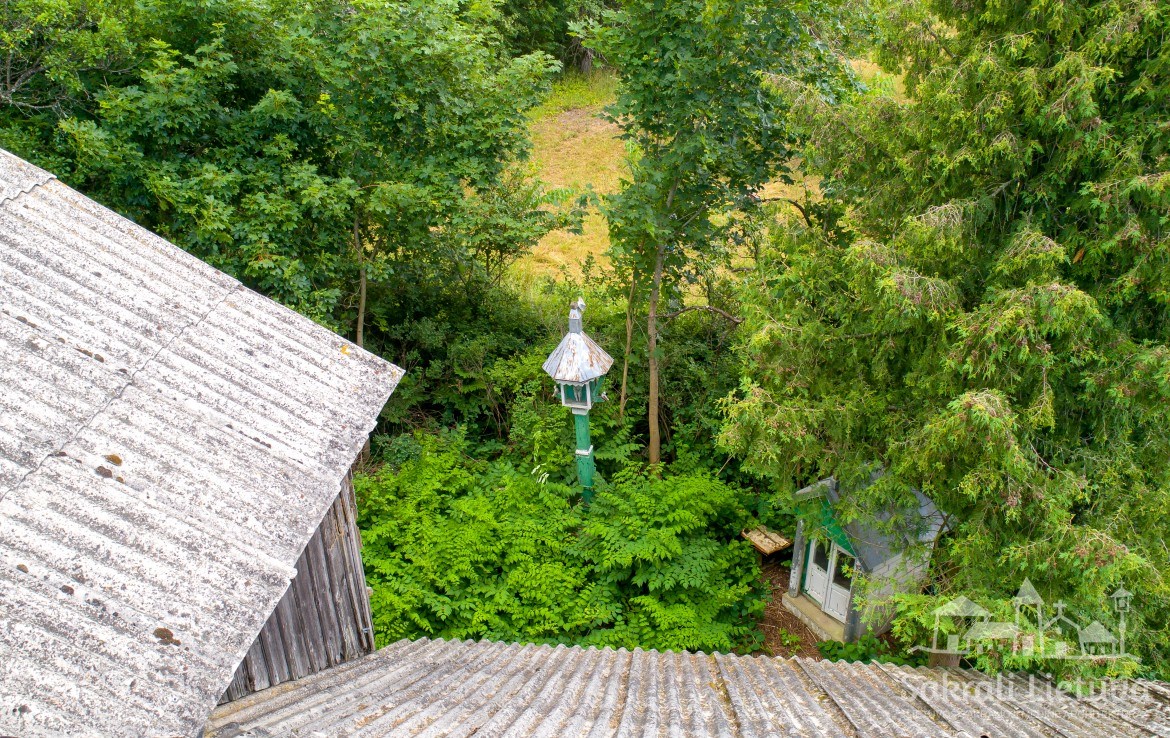 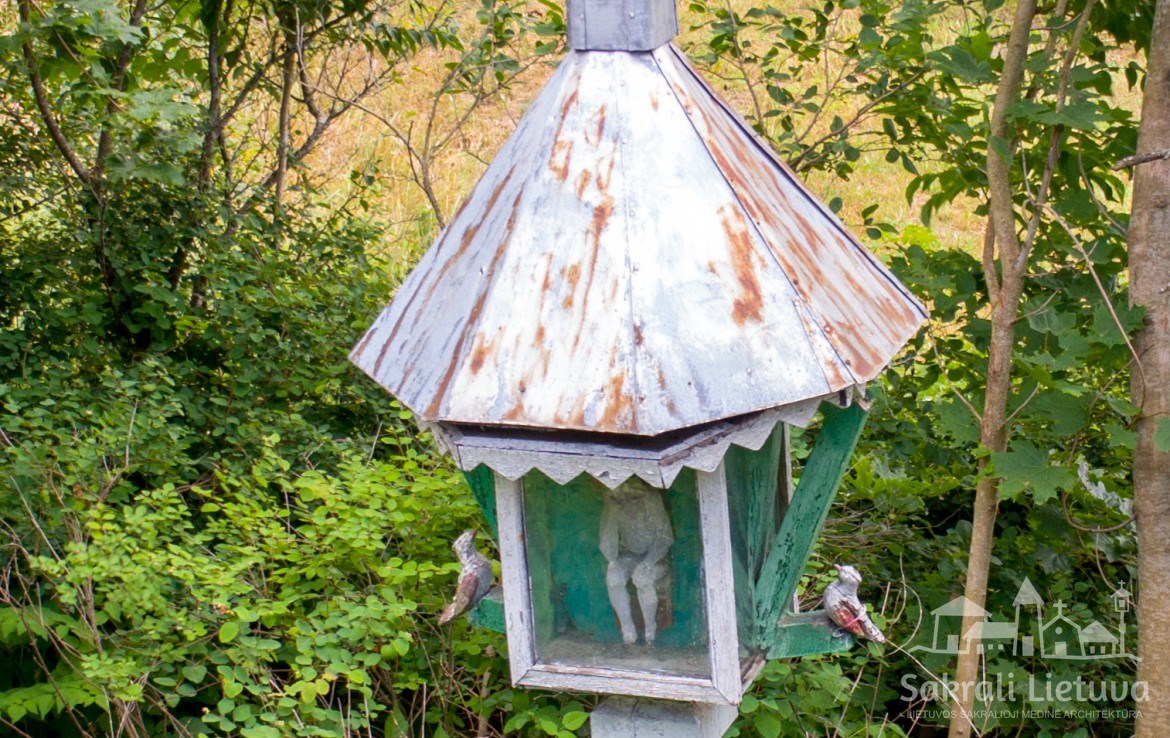 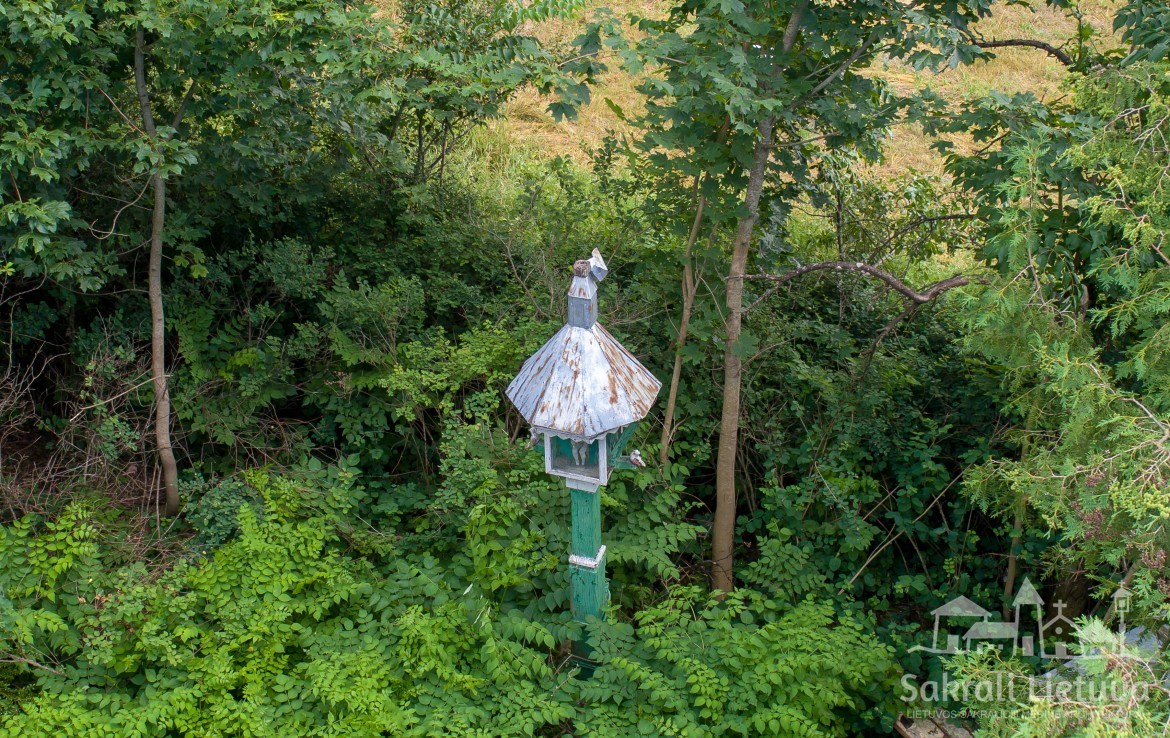 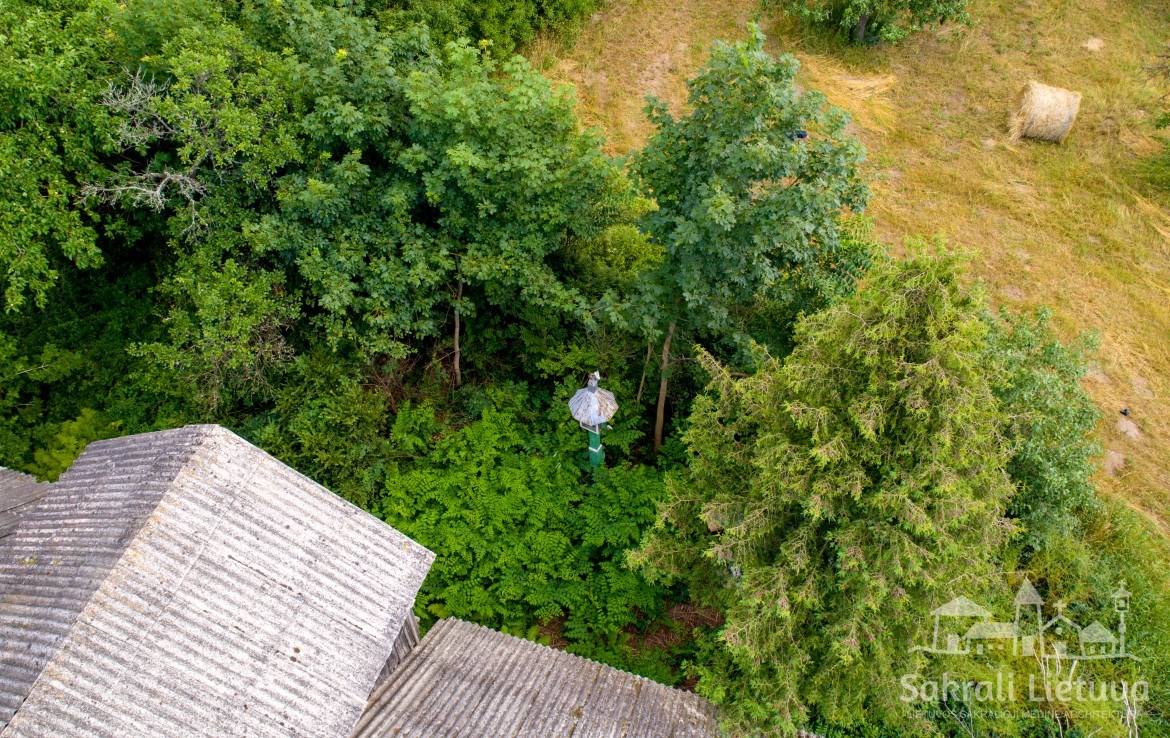 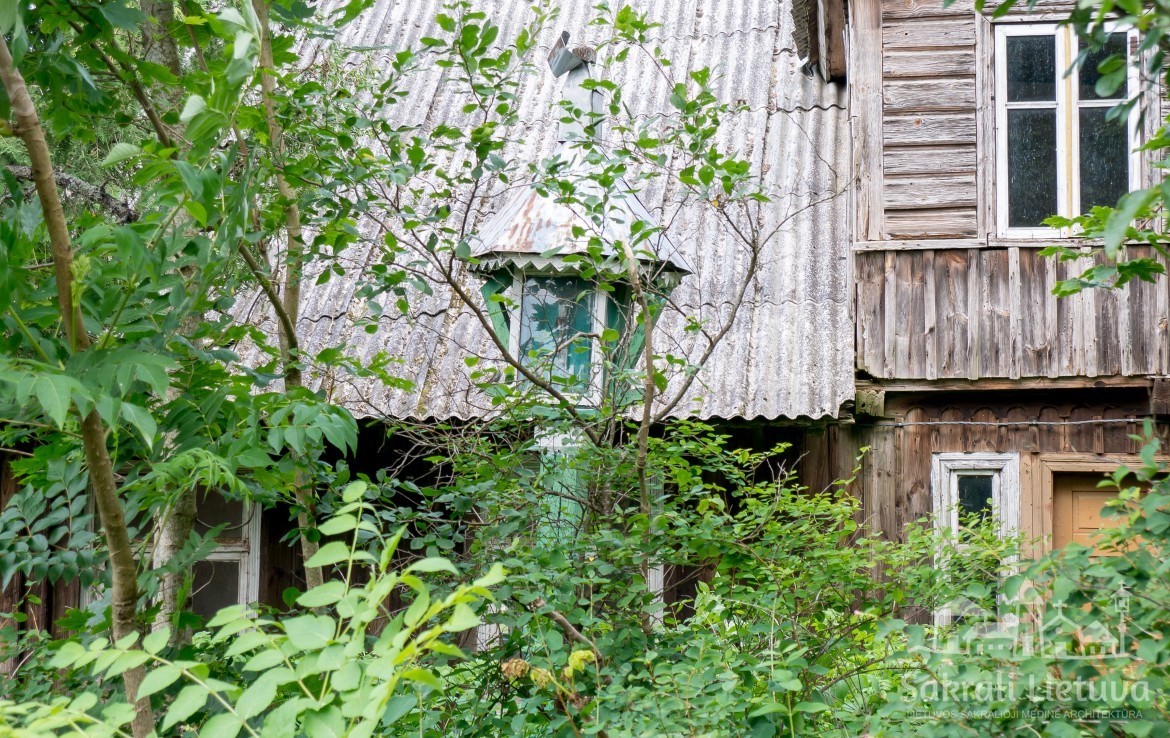 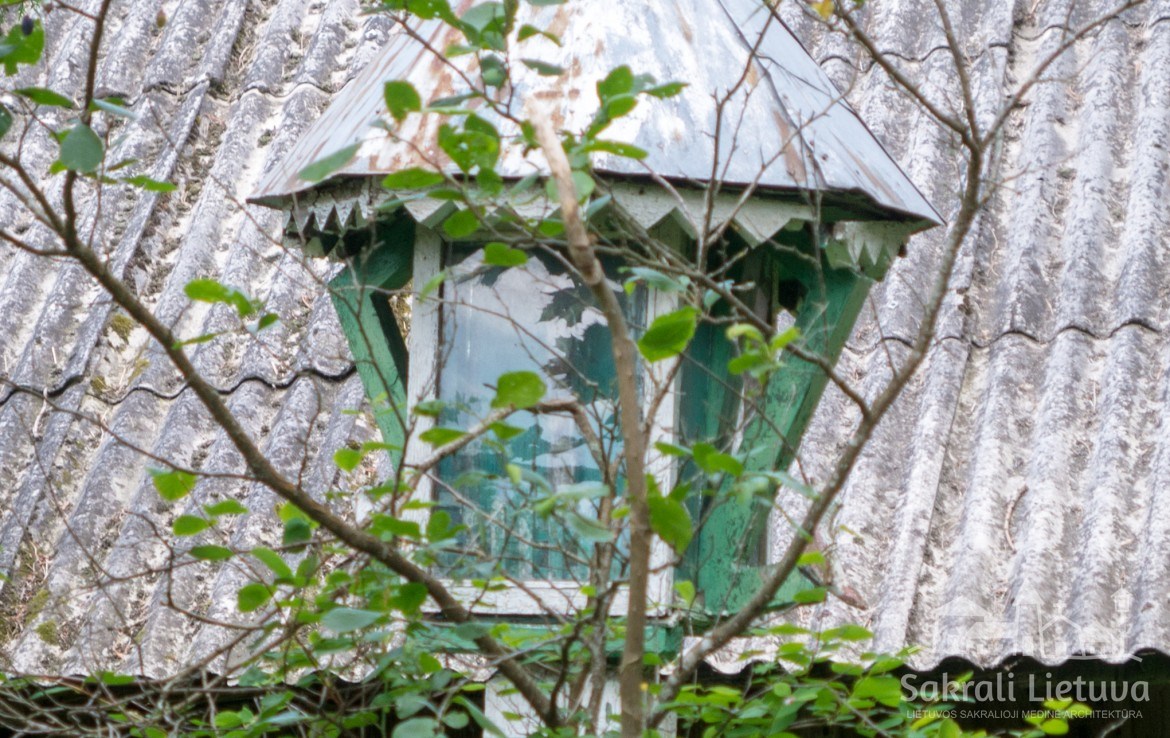 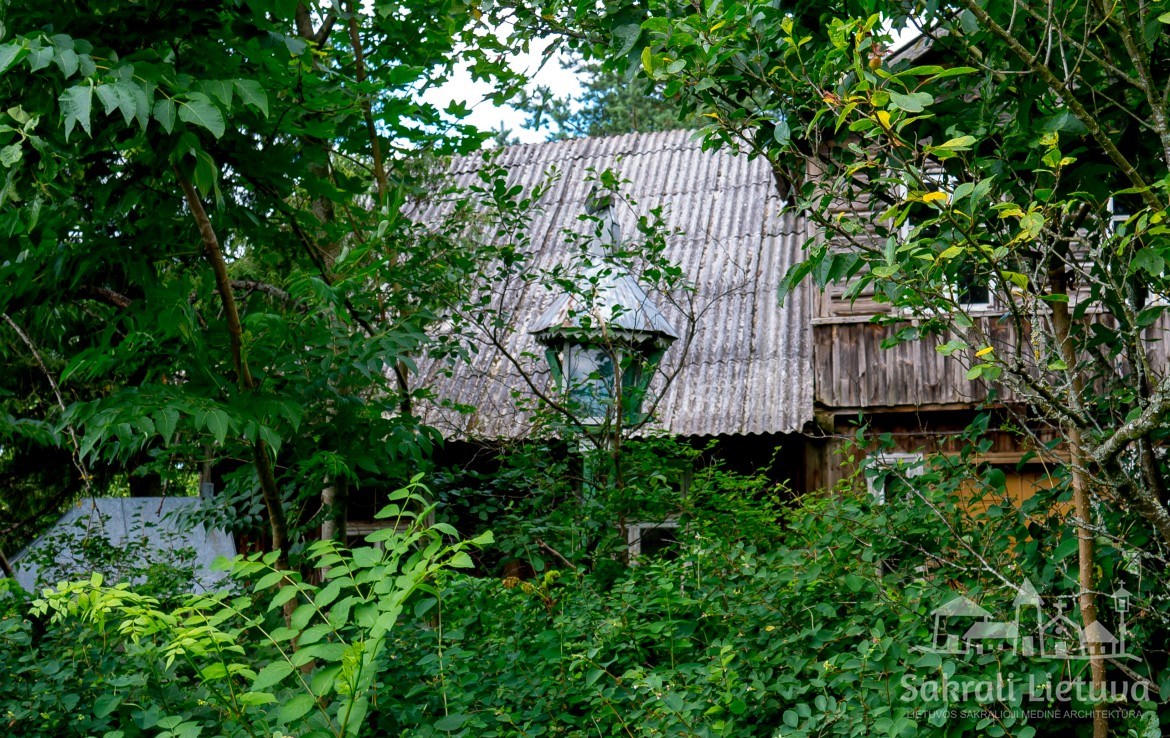 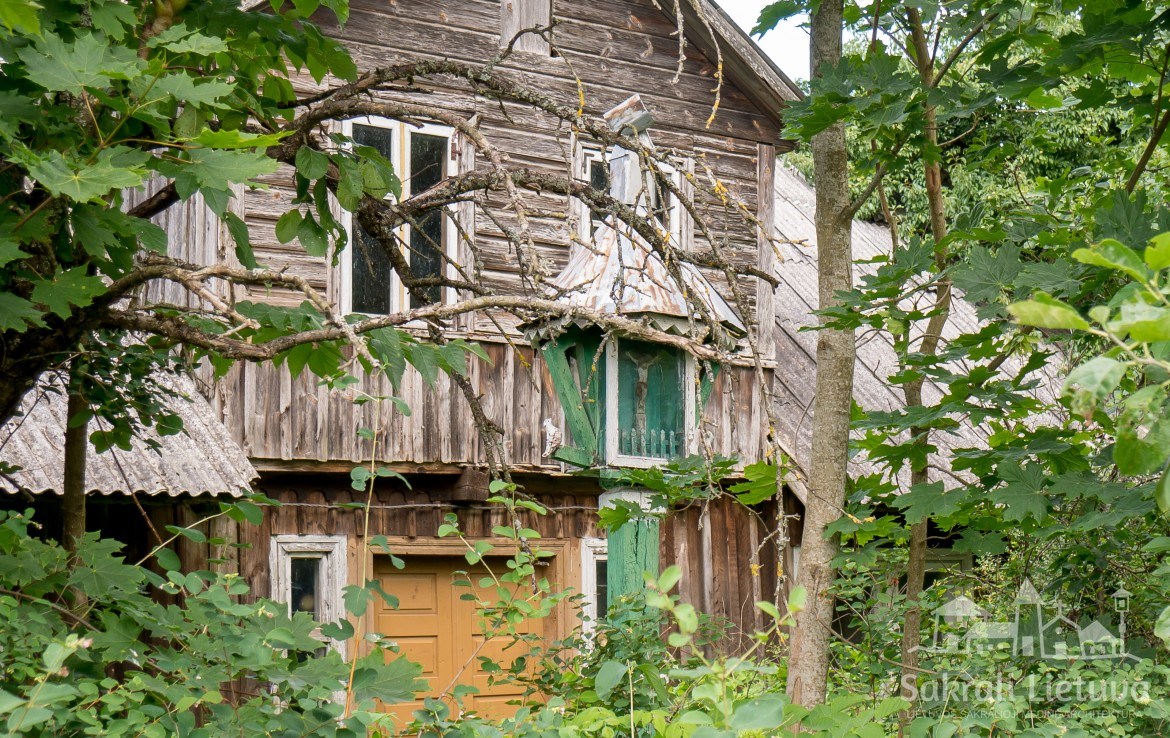 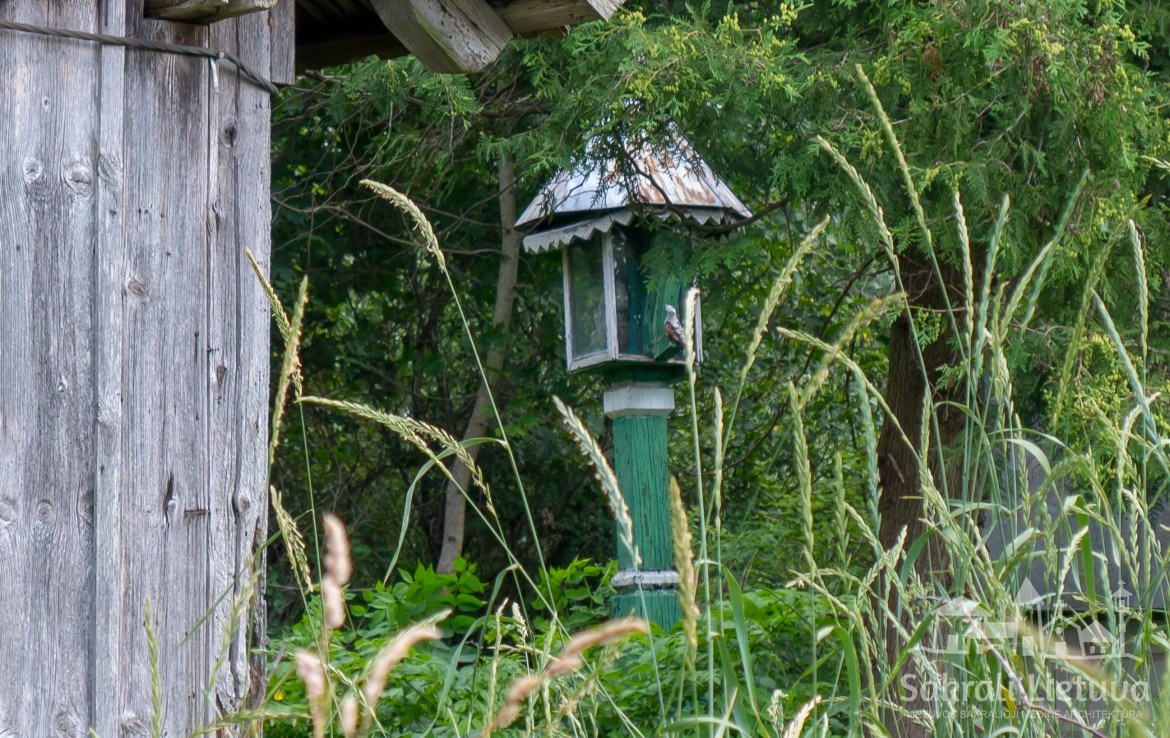 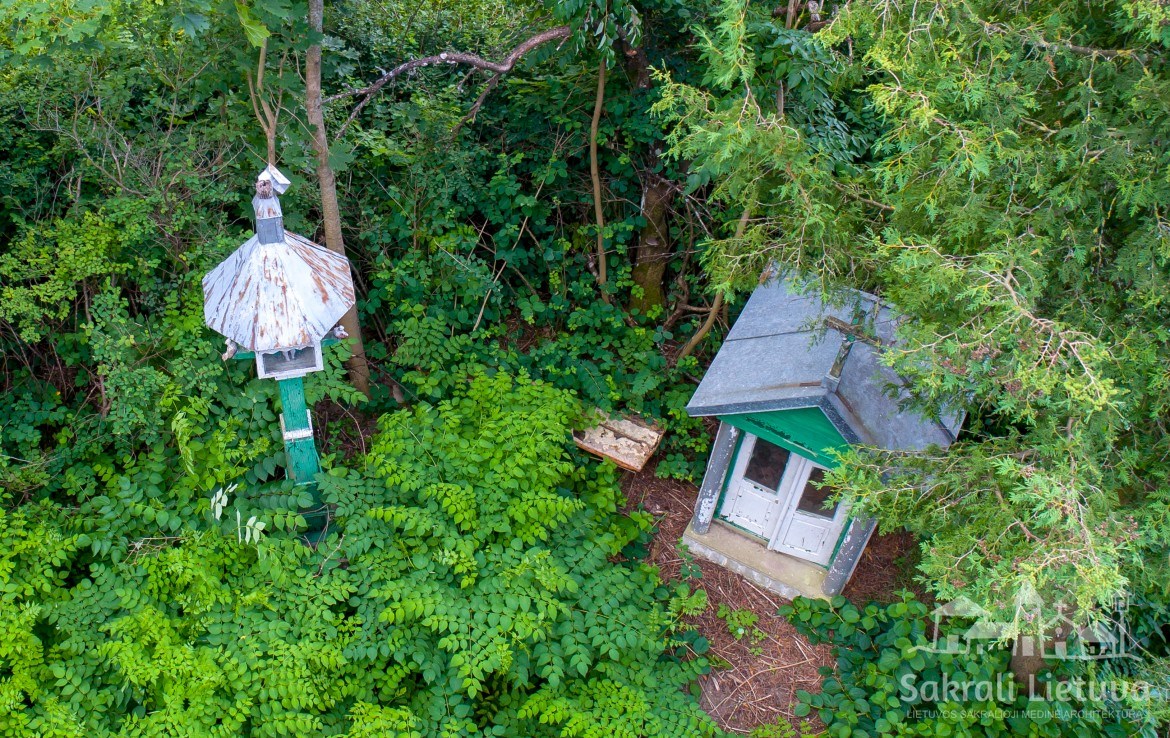 Roofed Pole with the sculpture of the Pensive Christ - Leliūnai 97311, Lietuva