Lieplaukė Chapel to Commemorate the Decade of Independence

In 1928, the 10th anniversary of Lithuania’s independence was celebrated. In interwar Lithuania, this anniversary was given special meaning on the national level by the establishment of the Supreme Committee for the 10-year Anniversary Celebration of the Independence of the Republic of Lithuania, headed by General Vladas Nagevičius, Director of Vytautas the Great War Museum. Ornate crosses, chapel poles, chapels and other types of monuments erected on the occasion were to become monuments of the state independence and the symbols of Lithuanian national identity.

Cross-crafting was intentionally selected to convey the meaning of the national identity, as this branch of folk art attracted special interest in the interwar period. At that time Lithuanian crosses were recognized as a most important embodiment of national art traditions and recognized as a unique expression of the national culture. The artists and art critics of that period distinguished cross-crafting with various other forms of small architecture as extremely original art trend having no equivalent in the culture and art of other nations. The theory of the crosses originating from the pagan necroculture, worded by Jonas Basanavičius and developed by Paulius Galaunė and other researchers, determined that special attention was given to cross decoration elements and ornaments. An ornate cross was considered a symbol of Lithuanianness, revealing Lithuanian perception of beauty and the ability to express it in forms typical of the Lithuanian style. It should be noted that at that time all the minor sacred folk architecture: chapels, chapel poles, roof poles, were attributed to crosses. Foreign press also widely commended the unique Lithuanian folk art.

Masonry and stone monuments of Independence popular at that time were considerably criticized, and the creation of traditional national symbols was encouraged. The ethnologist Jonas Balys wrote: “Many various modern monuments are built in cities and towns. It has to be said that most of them are not very good and fail to reflect the spirit of the nation, and people do not understand them. So now, alongside modern monuments, we need to revive that old national tradition of building beautiful crosses.” The painter Adomas Varnas even developed special designs of crosses of different types and styles, depending on regions and their traditions, to commemorate the 10th Anniversary of Independence.

The chapel in Lieplaukė dedicated to commemoration of the Independence Anniversary is of a rectangular layout, of a single section with four glazed openings and a cross-shaped, tin-covered, eight-sided roof and a profiled ornamental tower in the center. The sculpture “St. Florian” is on the top of the tower. It is not the original on and was installed in a later period, as the original one disappeared at the end of World War II. The chapel was built by the book smuggler Ignas Milašius.

In 2002-2003, the chapel was rebuilt thanks to the Capuchin friar Ignacas Milašius, the son of Ignas Milašius. The master of the rebuilt chapel was Apolinaras Liutikas from Telšiai. The chapel included sculpture groups “St. Anthony”, “St. George”, “Christ in the Olive Garden” and the sculpture “St. Casimir” that disappeared around 1970. Currently the chapel has sculptures “St. Anthony”, “Mary Help of Christians” and paintings “St. George” and “St. Casimir”.

Lieplaukė Chapel to Commemorate the Decade of Independence - Lieplaukė, Lietuva 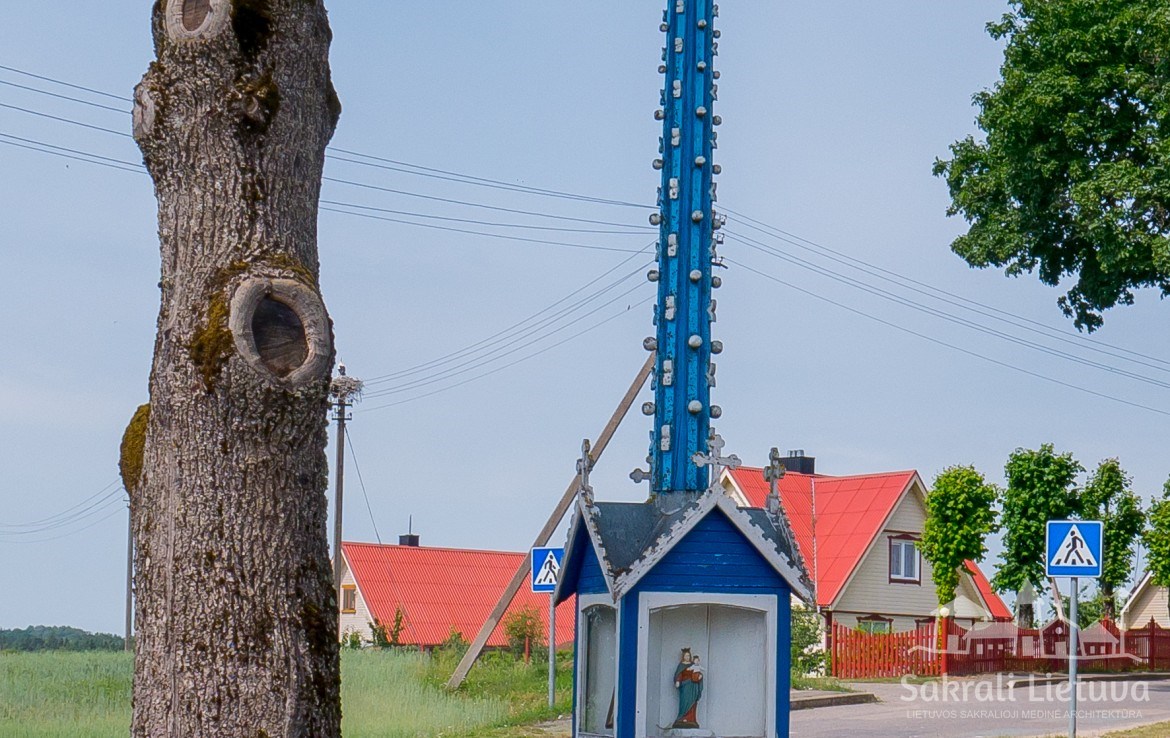 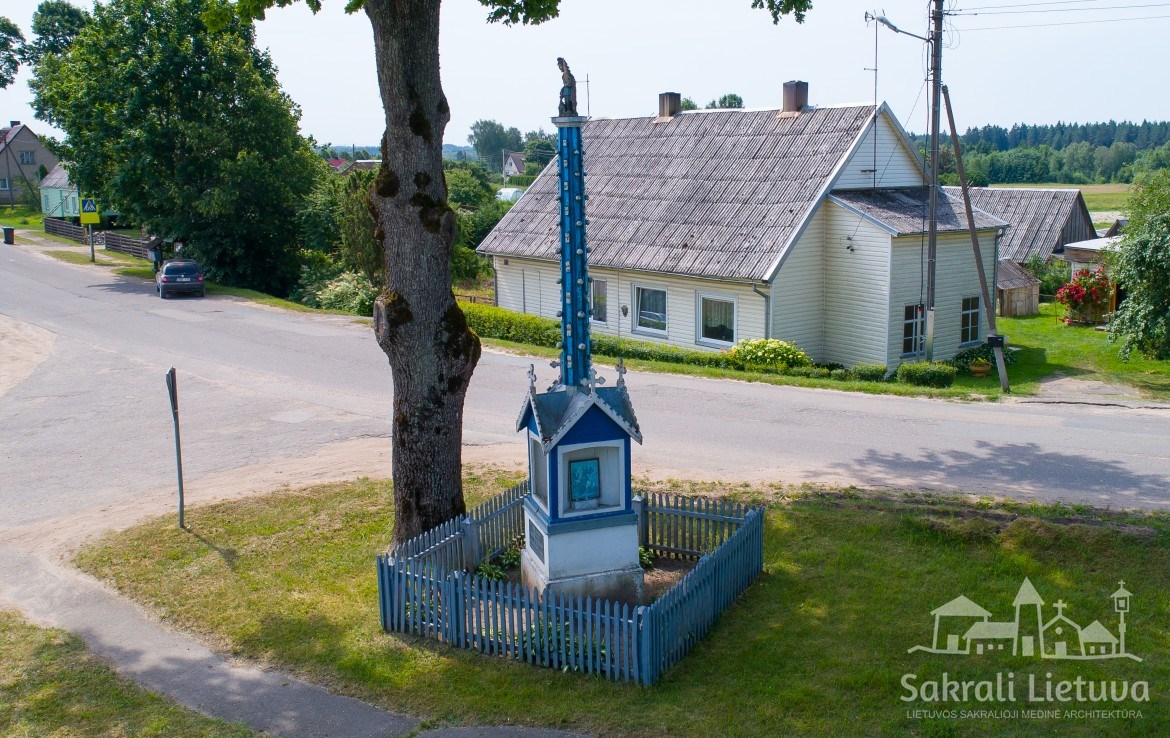 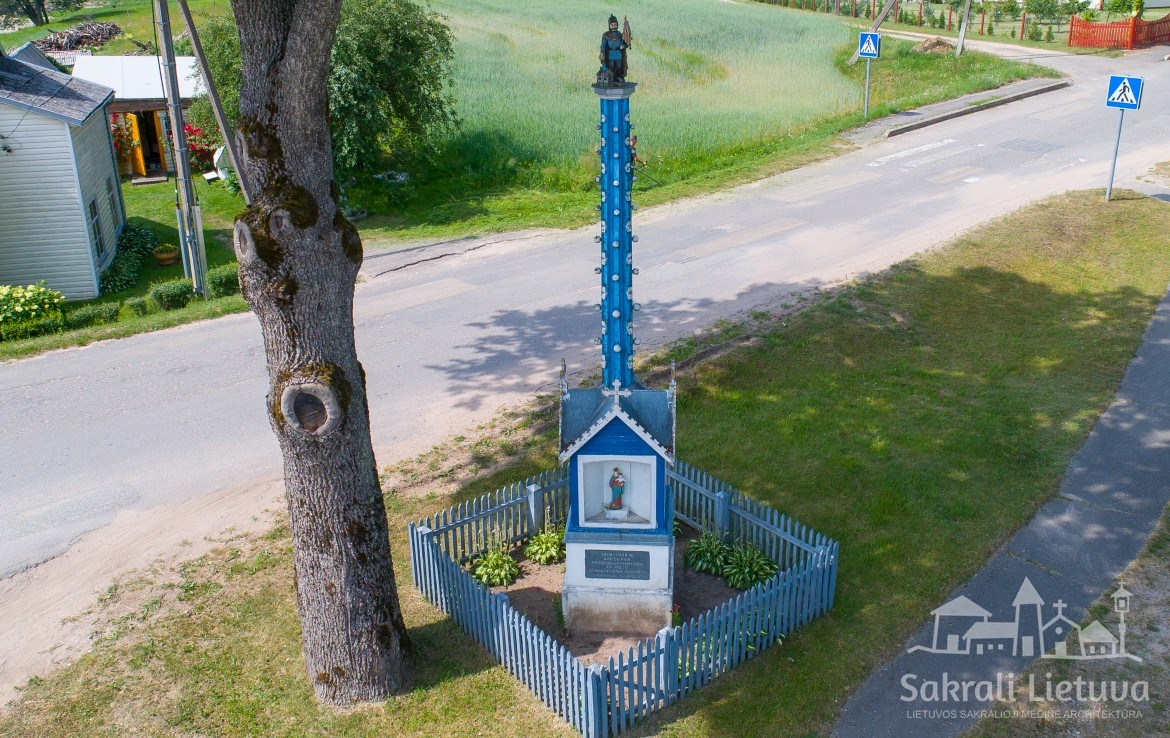 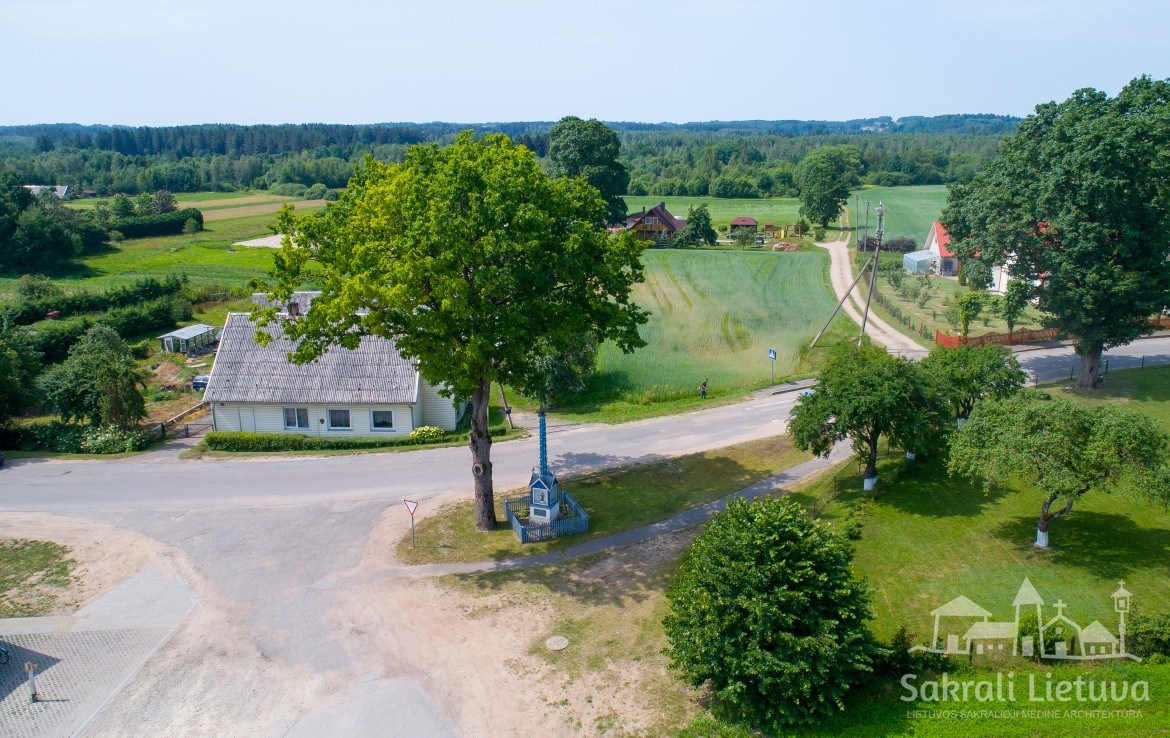 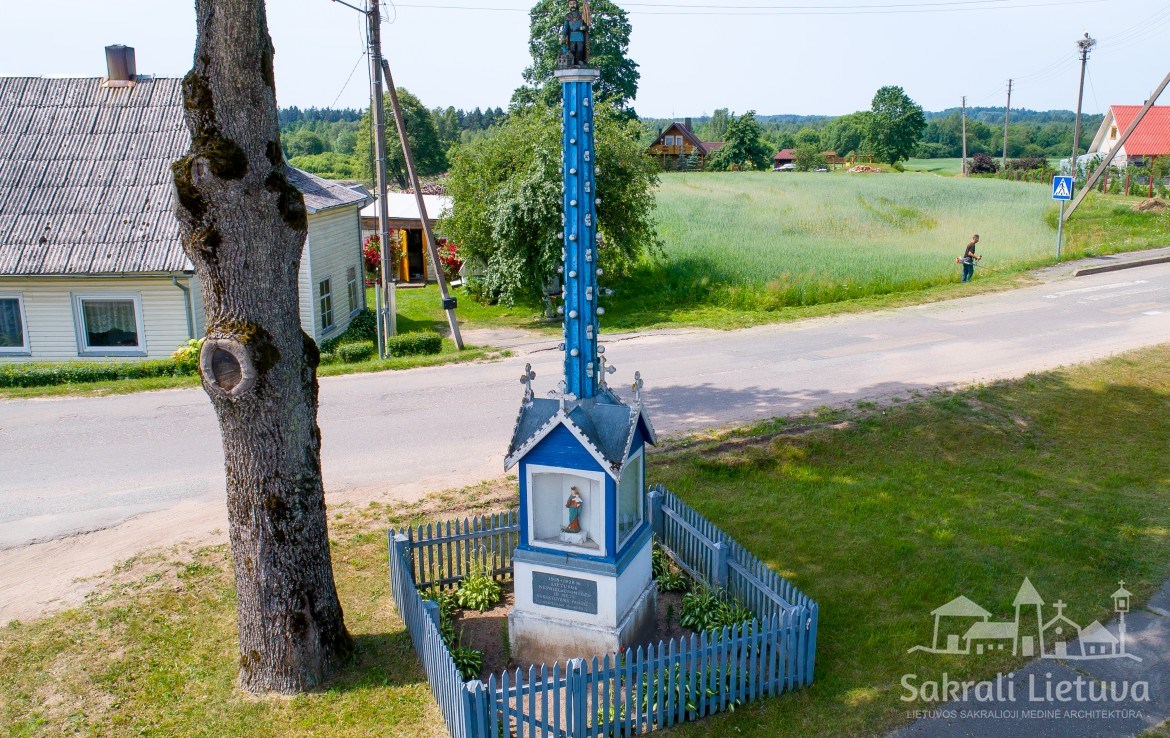 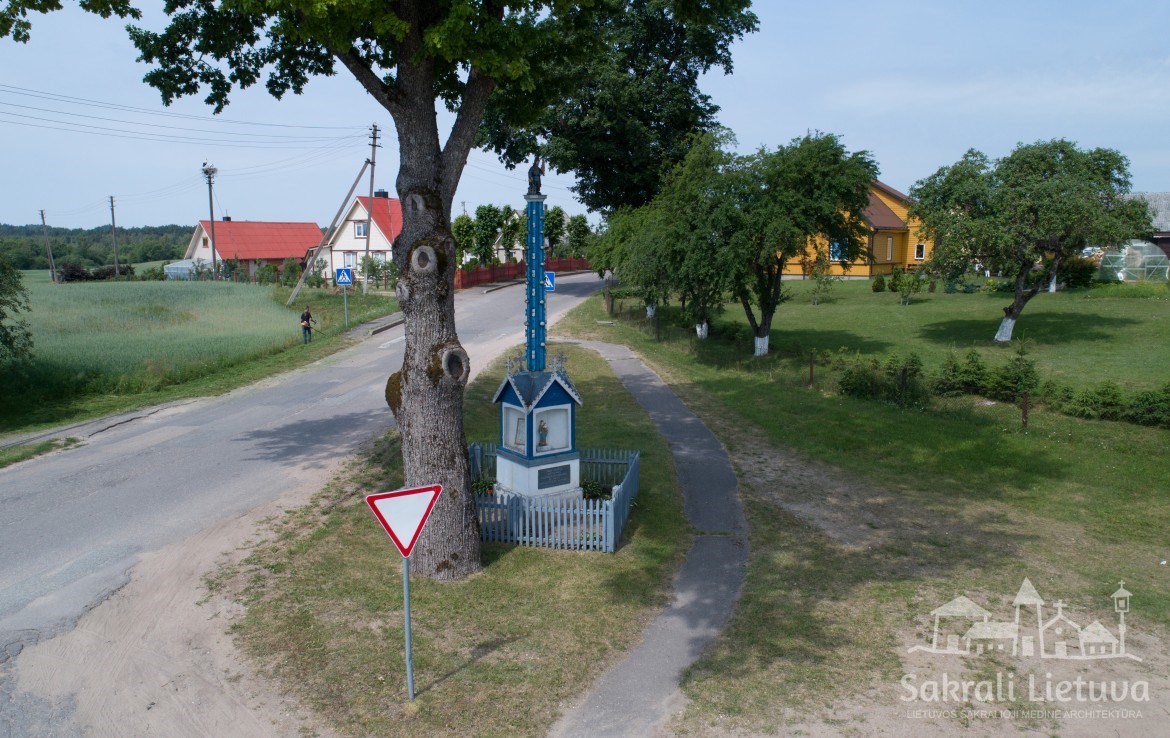 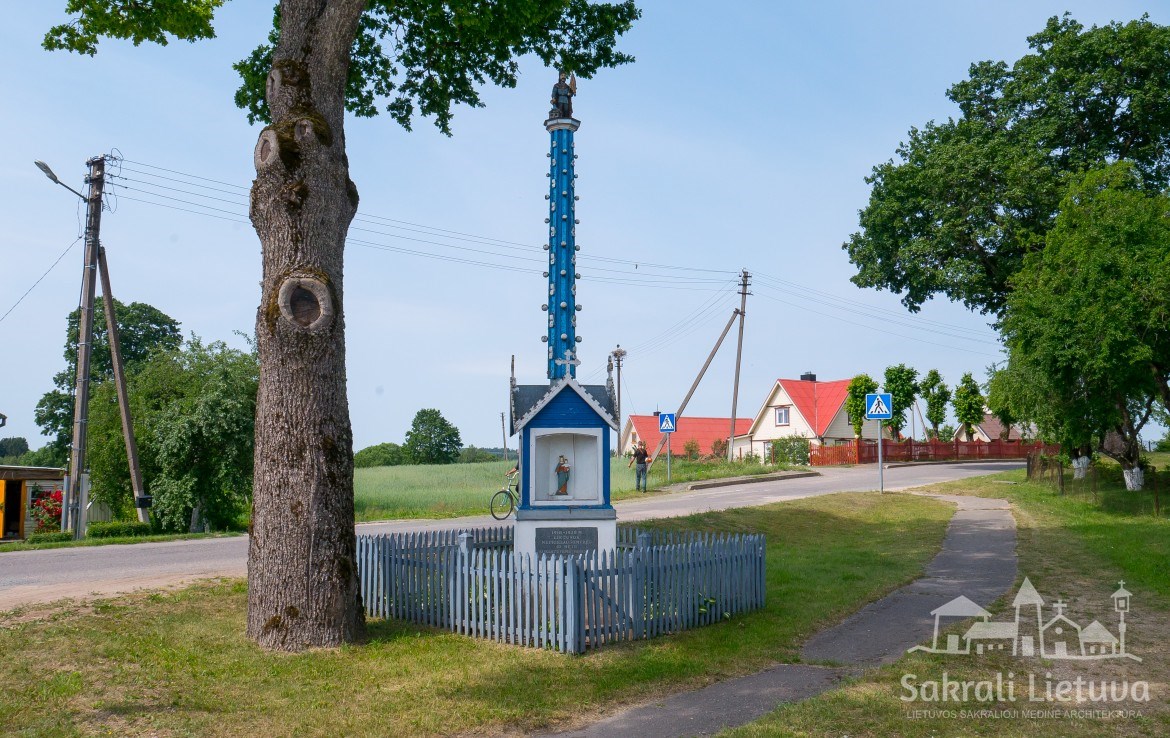 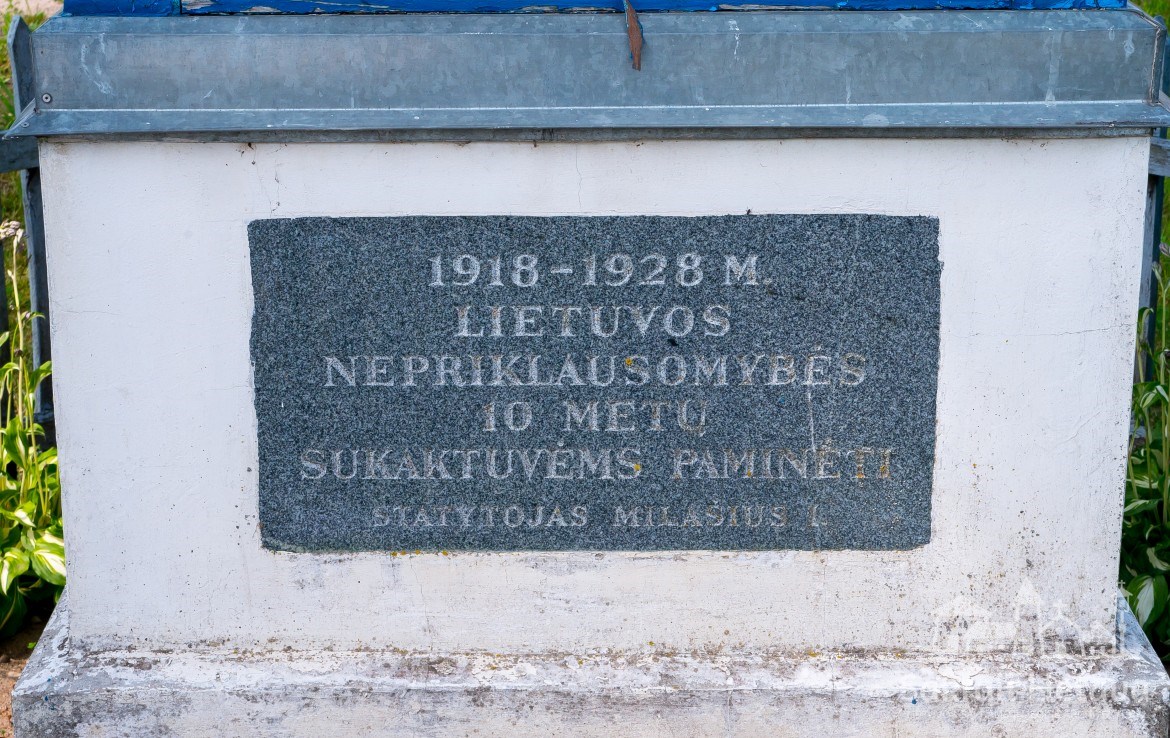 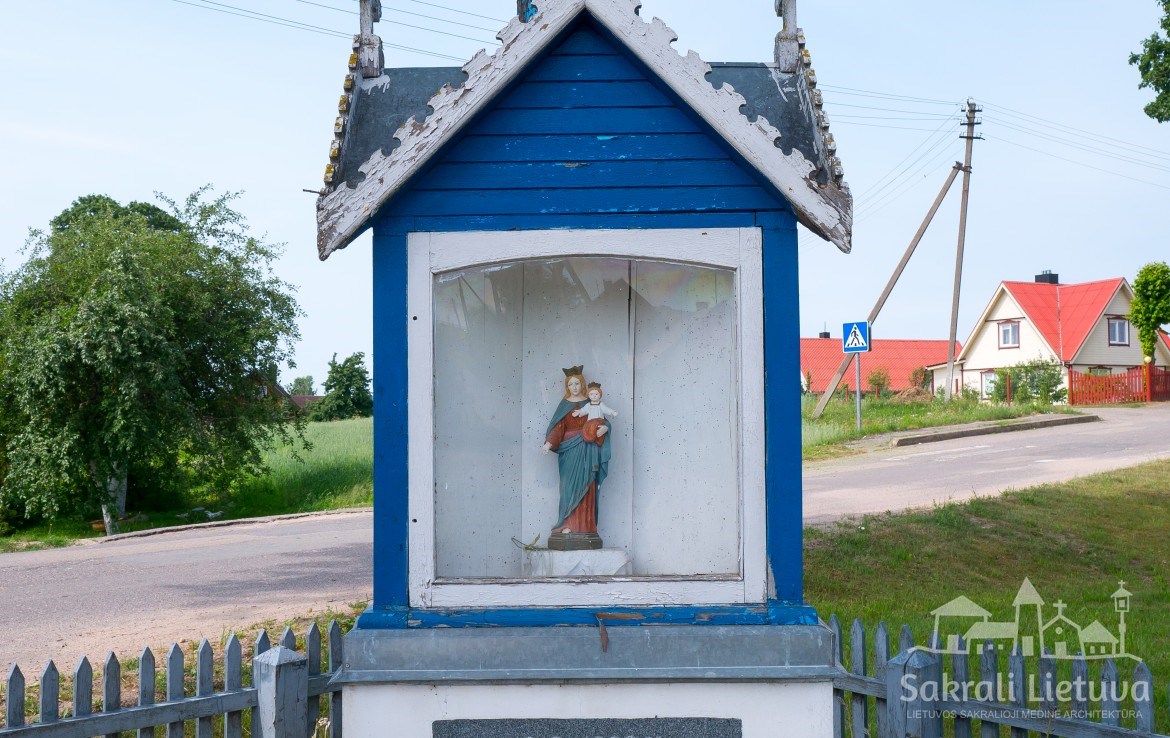 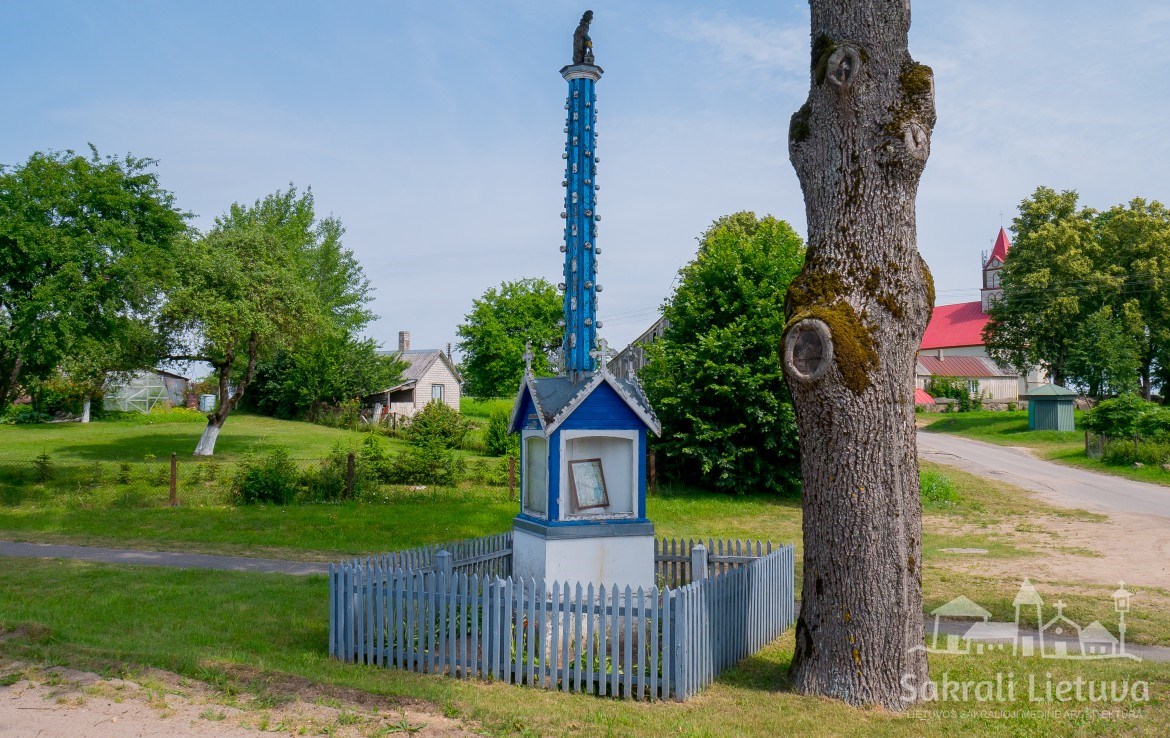 Lieplaukė Chapel to Commemorate the Decade of Independence - Lieplaukė, Lietuva