A chapel pole in Kuliai is typical to this region and perfectly reflects the peculiarities of Samogitia region’s cross-crafting: a chapel of a rectangular layout and simple shape and with four glazed walls and a cross-shaped octagonal roof decorated with a profiled spike is installed on a low, massive, profiled pole with a square cross-section.

The corners of the chapel are framed by denticles. Little wooden arched windows are glazed on all four facades. The top of the chapel is decorated with a symmetrical ornamented cross made of wrought iron with the sun and the moon symbols and a smaller metal cross of simple shapes on the roofs of all four facades.

Each chapel pole facade features a sculpture or sculpture composition. The image of St. George is on the first one, the sculpture “The Most Gracious Virgin Mary with the Angel” with much smaller sculptures of the Pensive Christ and the Angel on the second; the sculptures of St. Rocco, St. Isidore and St. Matthew on the third facade, and the sculpture group “The Holy Family” on the last one. The sculptures are in excellent condition, and sacred and religious scenes depicted in the chapel have been respectively replaced with new folk art carvings.

St. George is depicted in a rather traditional way: on a horse with a dragon under its feet, with St. George’s spear stabbing its throat. Though very much established in European-wide sacred art, this depiction of the rider conquering the dragon has not come from Christianity, but rather from European pre-Christian and Oriental cultures. In Europe and the Middle East, St. George’s depiction is inherited together with the ancient culture and the antique legend of Perseus and Andromeda. The oldest motifs of this legend reach us from Babylon (about Murduk and Tiamat) and ancient India (about Krishna and the serpent). Many versions of the same legend have reached us from the Classical period: about Apollo and Python, Hercules and the Hydra.

The depiction of the Holy Family is also interesting: the Mother is depicted with the baby in her hands, and Joseph with a pair of doves in his hands, which also have a deep symbolic meaning in Christian culture. Primarily the dove symbolizes the Holy Ghost. A pair of doves symbolize loyalty, family harmony and love.

St. Rocco and St. Isidore are named in the sculpture captions, but they can also be recognized by a fairly typical depiction. The cult of the patron of the patients, the pilgrim St. Rocco was most wide spread in the 14th century. It was also popular later, especially during the plague epidemics. The old Lithuanian sculpture depicts St. Rocco as suffering from plague or showing a leg with a black spot above the knee (a sign of plague). His attributes as a pilgrim include a stick and a travel bag. St. Isidore, “dressed” in traditional plowman’s attire, depicts a patron of farmers close to every Lithuanian. The Evangelist St. Matthew is depicted sitting and writing the Gospel with a quill. 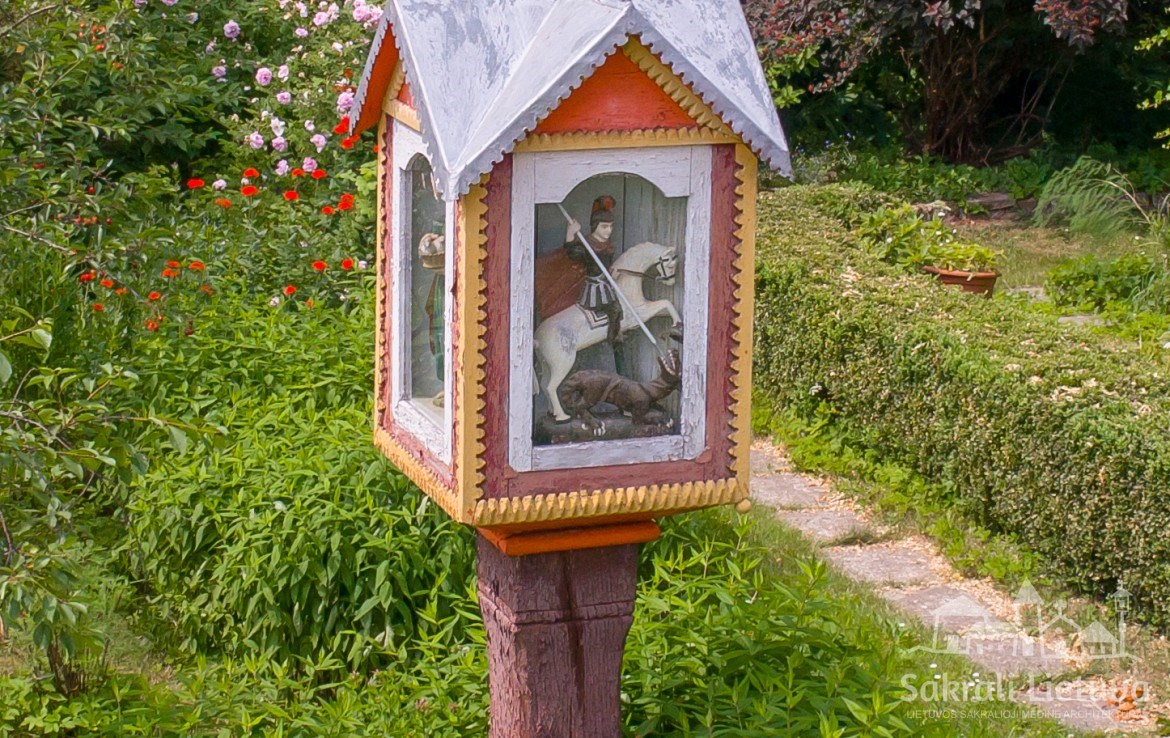 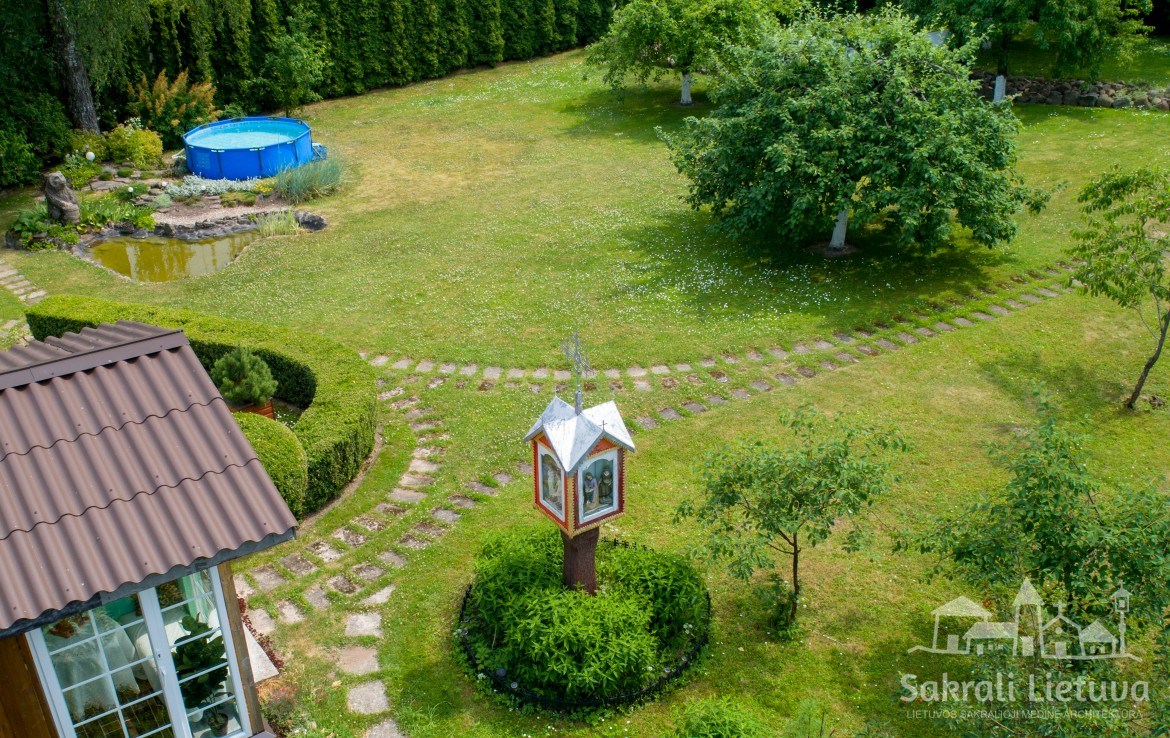 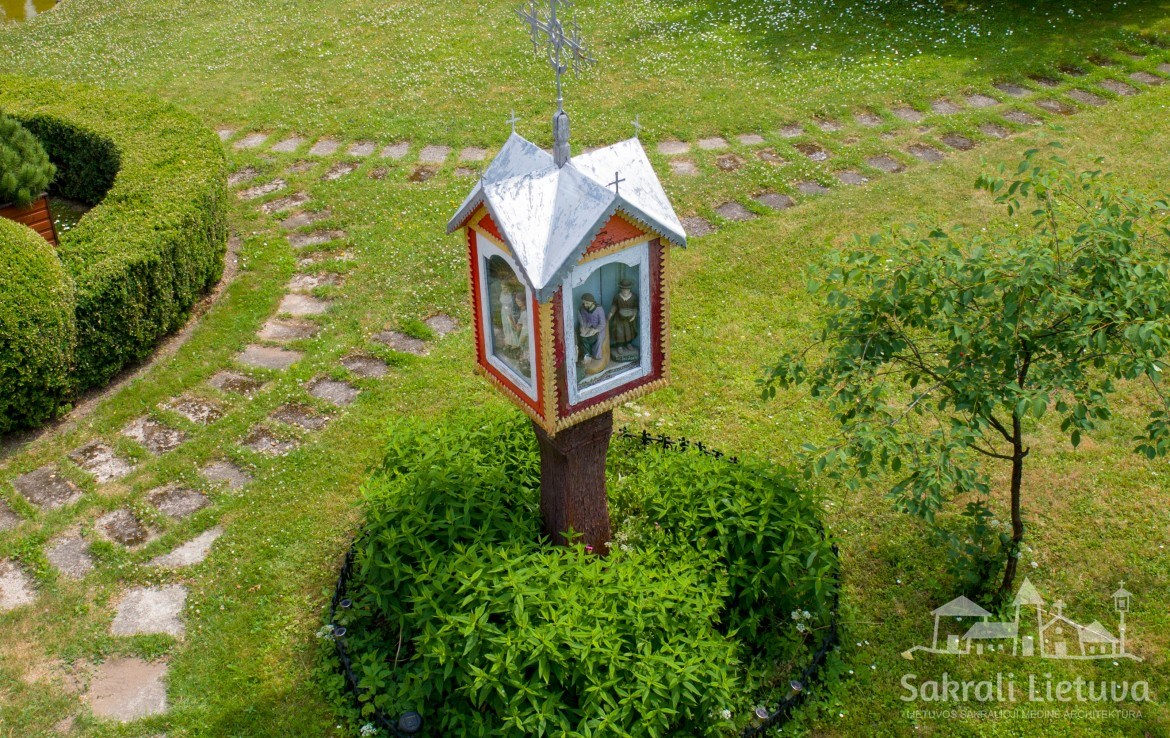 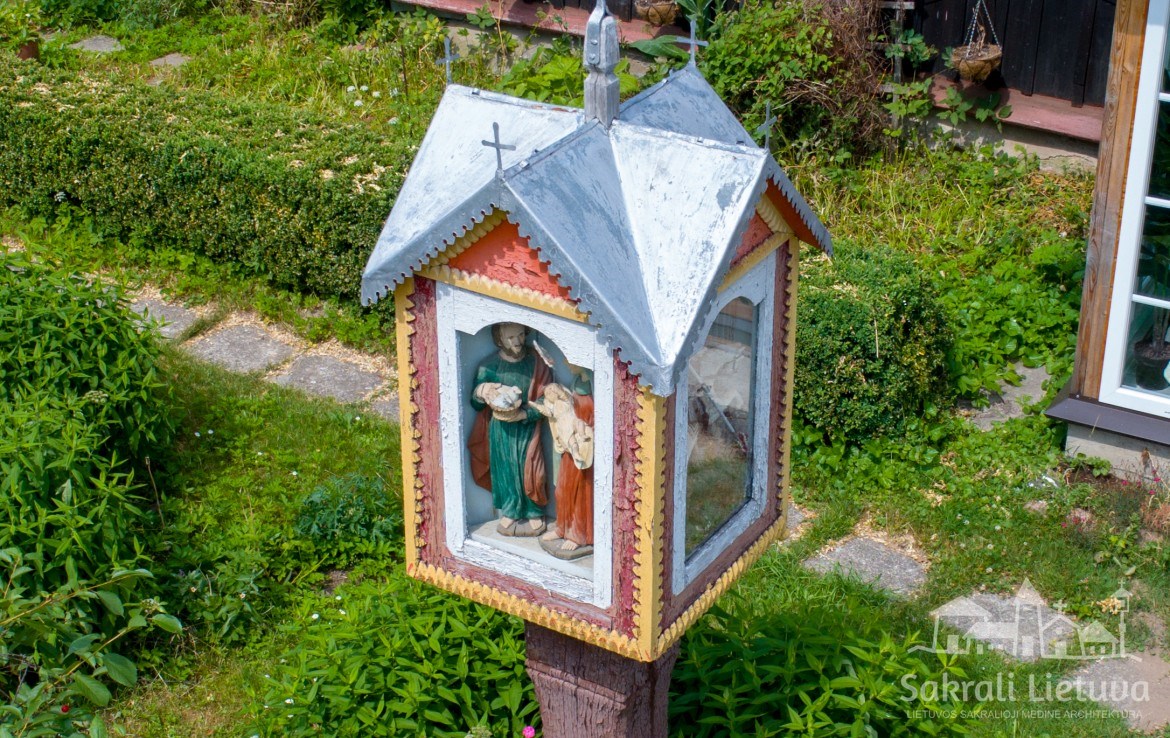 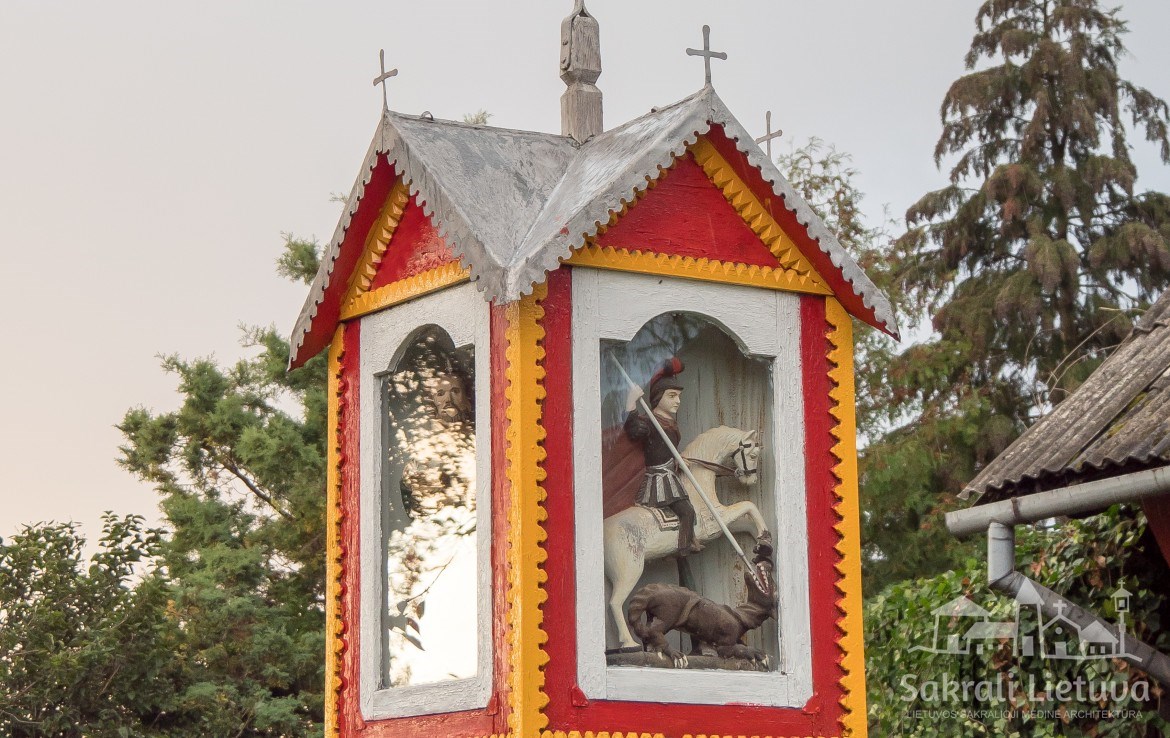 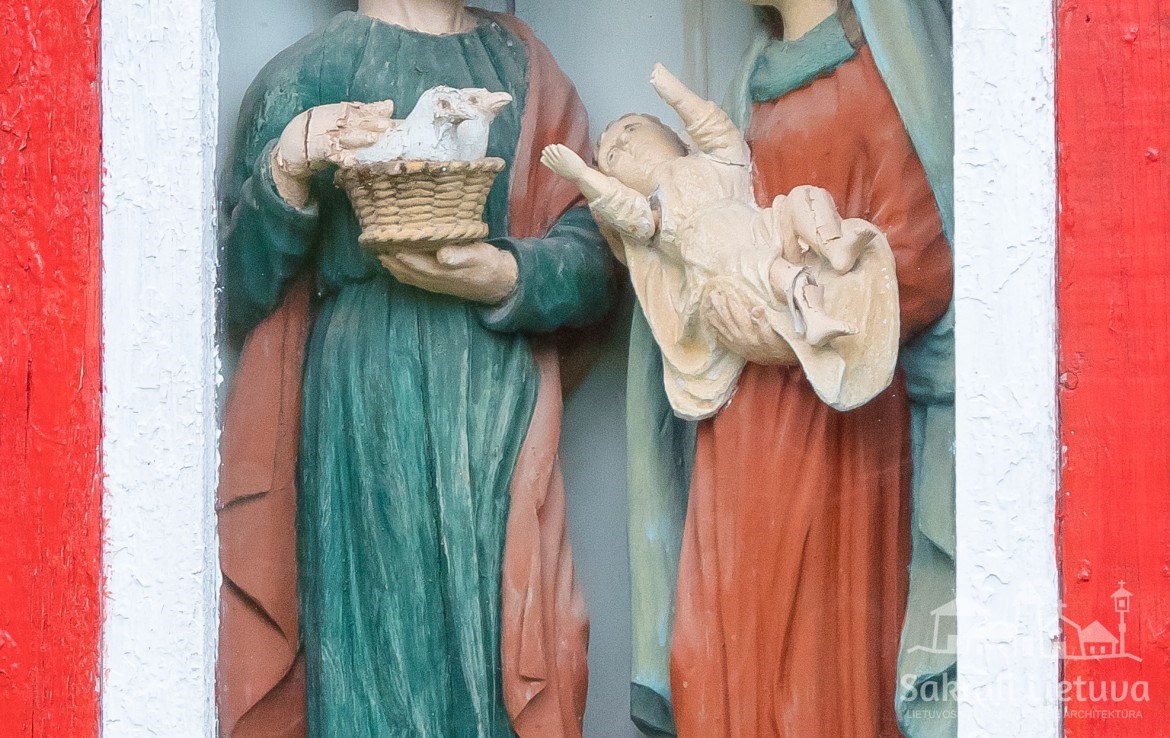 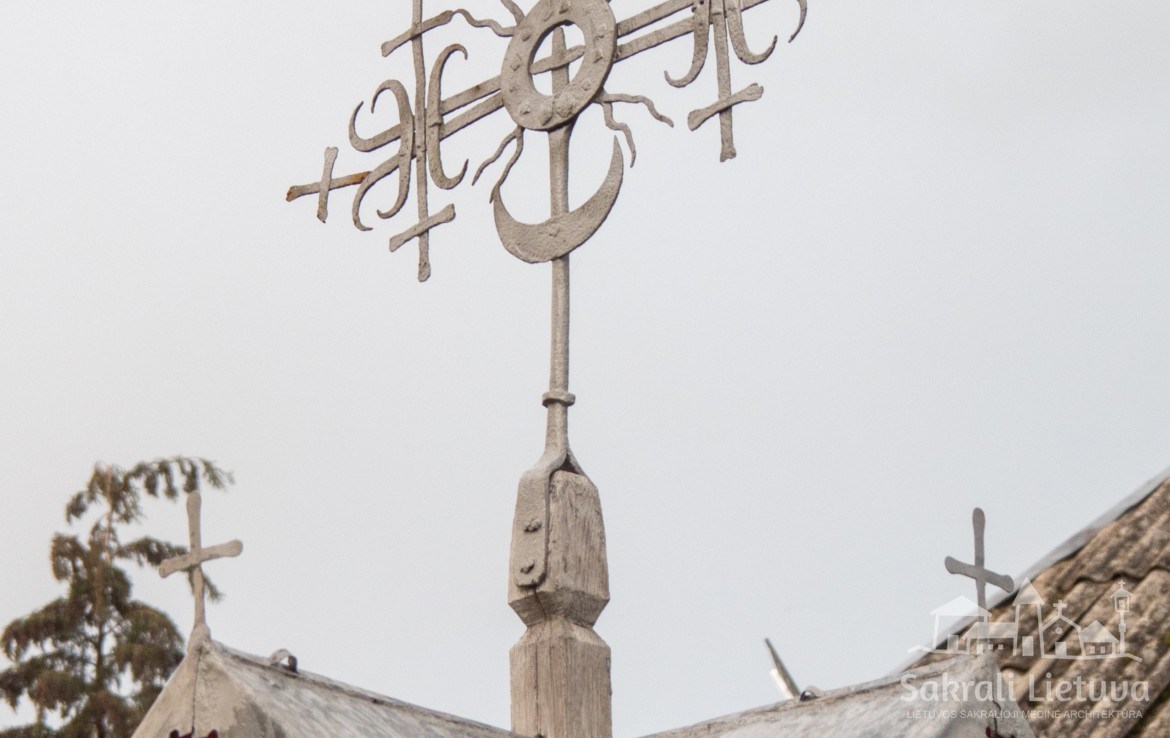 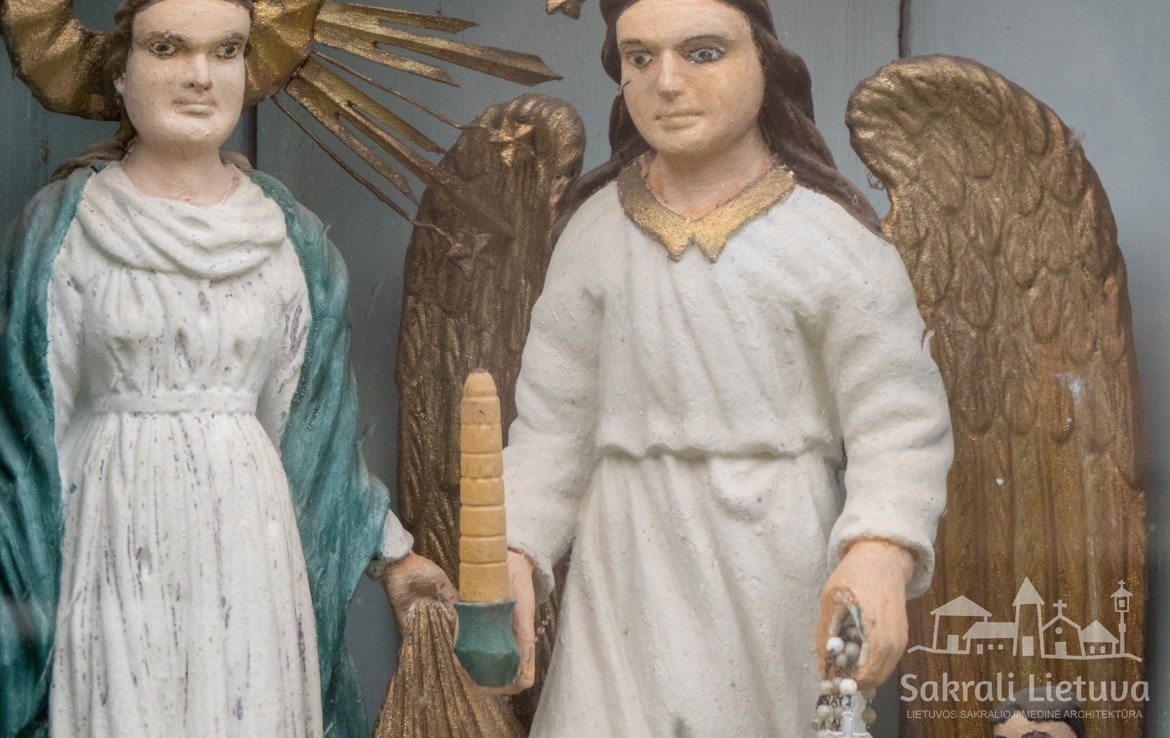 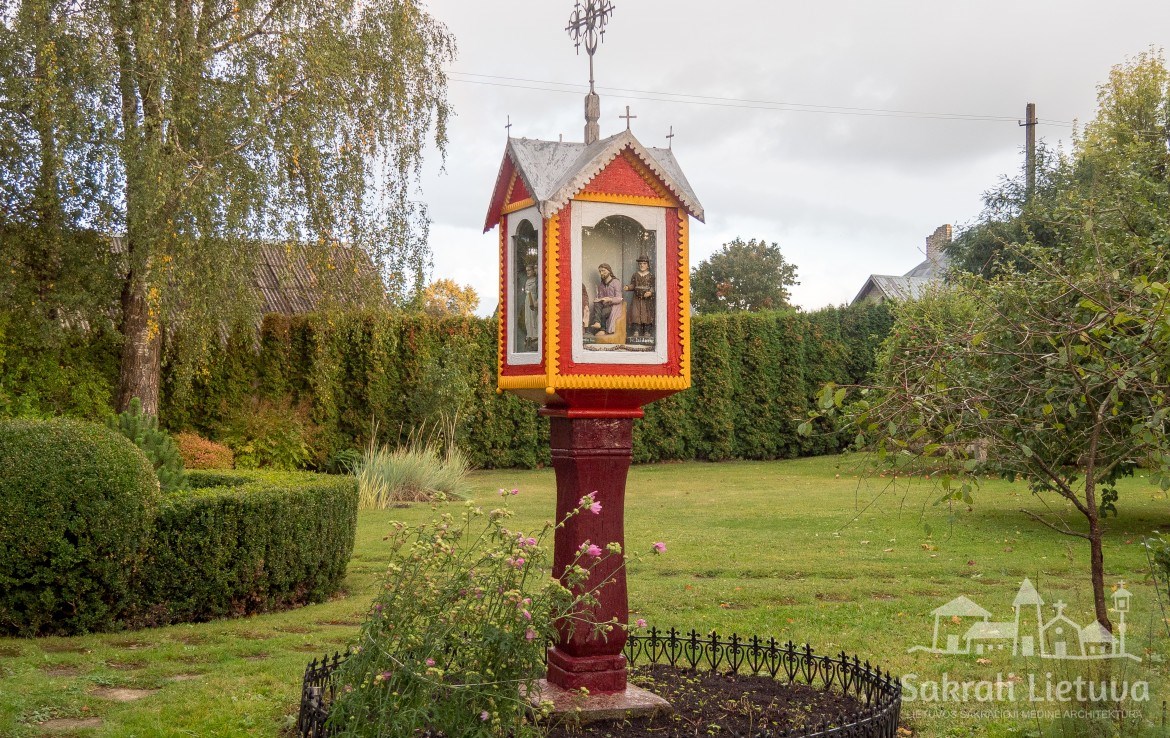 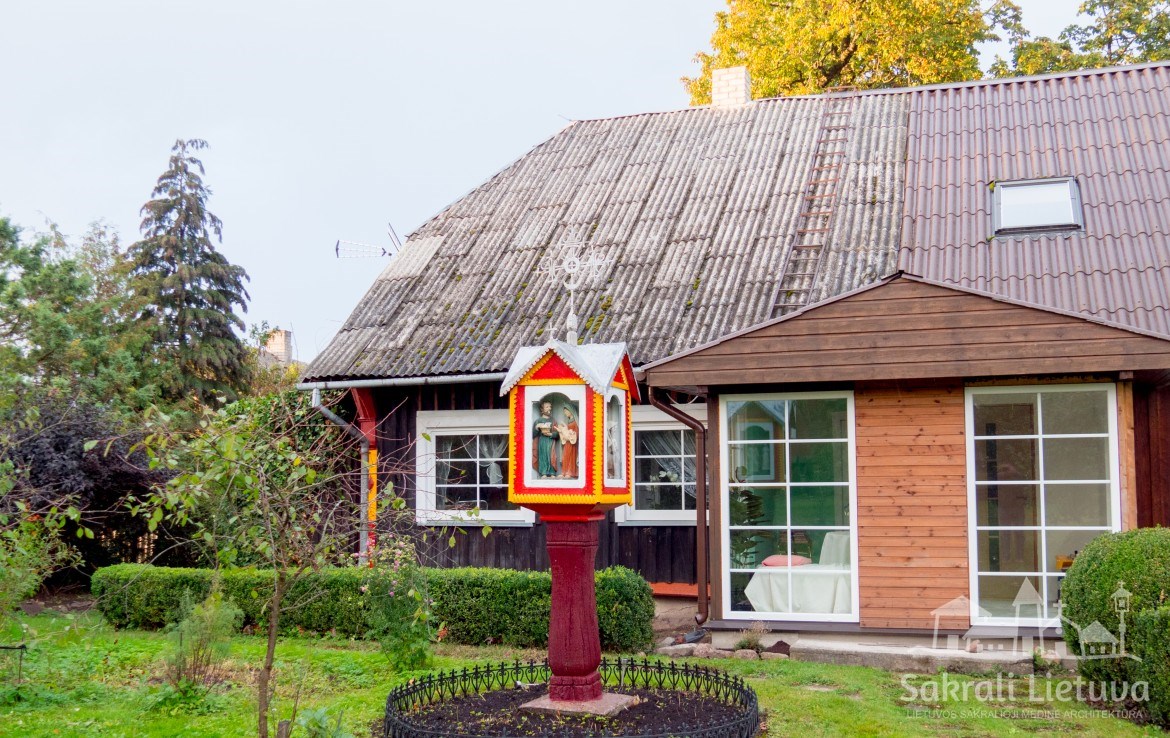 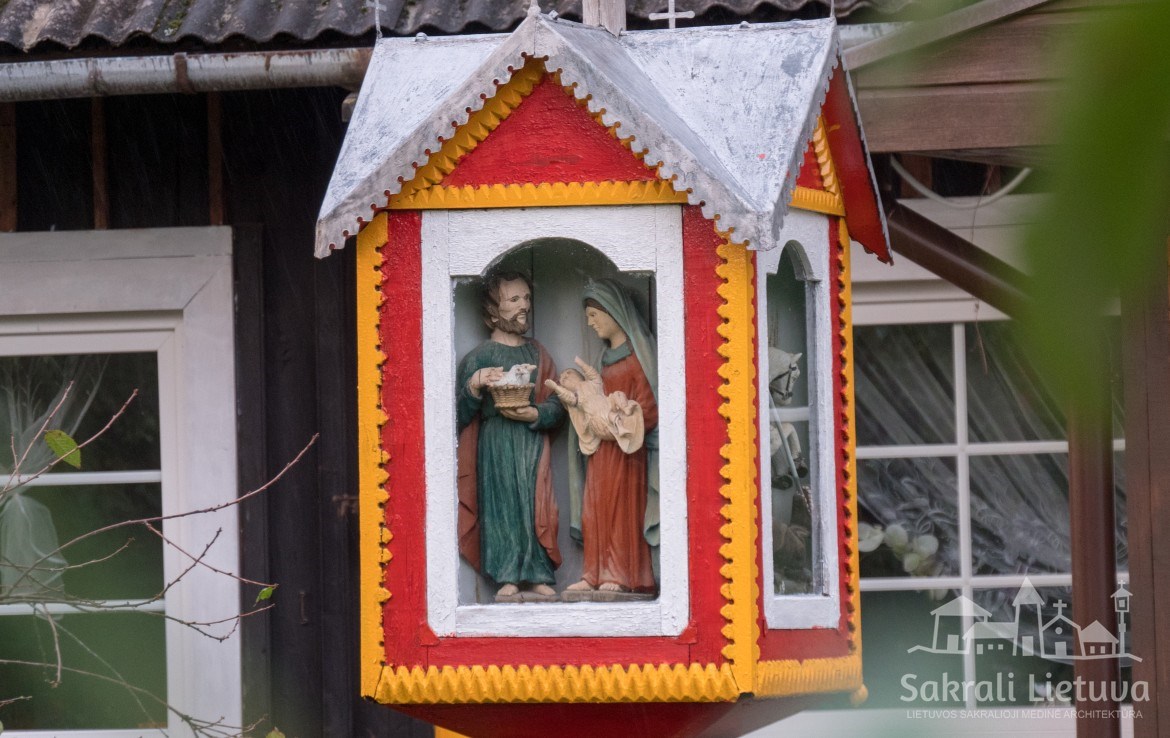 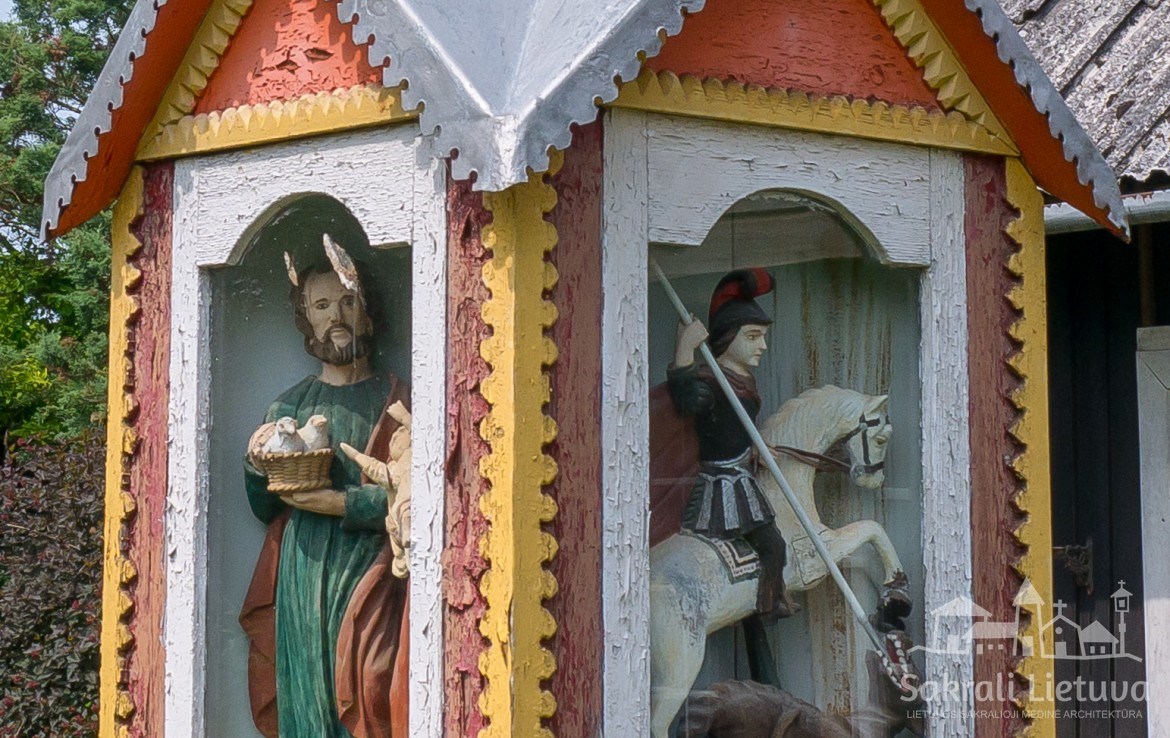