Alionys Church of the Immaculate Conception of the Blessed Virgin Mary

The history of a church in Alionys dates back to the 18th century, when a private chapel of the landowner family Jasiensky was erected in the local cemetery and prayer services were allowed there. The parish was established there only during the interwar period, and in 1932, thanks to the pastor Jonas Vienažindis, the old wooden chapel was replaced by the existing church, designed by architect Jonas Borovskis. Historically Alionys parish is unique in Lithuania as it was established due to the aggression of Poland against Lithuania in 1920. The border of Alionys parish is the same as the former demarcation (administration) line, which separated the independent Lithuania from the Vilnius region occupied by Poland.

The wooden church is of a rectangular layout with a five-wall apse, which is lower than the nave. Low sacristies cling to it on both sides. The main facade includes a low massive tower consisting of four sections, with a quadrangular base. Each tower section ends with a small roof, and another small roof horizontally divides other planes of the church facades into two parts. The tower ends with a small roof of two sections. The roof ridge above the presbytery is decorated with an ornate octagonal turret of two sections with four arched windows. Both towers are crowned with ornamented crosses dating back to the end of the 19th century – the beginning of the 20th century. The windows of the side facades are large, rectangular, the ones in the presbytery and sacristies are smaller, square and semi-circular arched in shape. The upper tower section has arched sound holes covered with horizontal planks, and the third one includes diamond-shaped skylights.

The church is folk in style and has distinctive features typical to folk architecture, which are emphasized in its facades. A traditional building technique is uniquely employed in the building: its walls, except the pediments and the upper tower sections, are made of hewn wall logs that are not covered with boards. The tower pediments and the upper sections are covered with vertical boards. The usual structural elements, such as corner joints of wooden logs are used to make the temple decorative . The protruding corner joints of the main building facade get longer closer to the ground, thus resembling the buttresses typical to professional Gothic architecture of stone churches . Well-defined corner joints of wooden logs with longer protrusions are decorative and vertically divide of the apse plane. 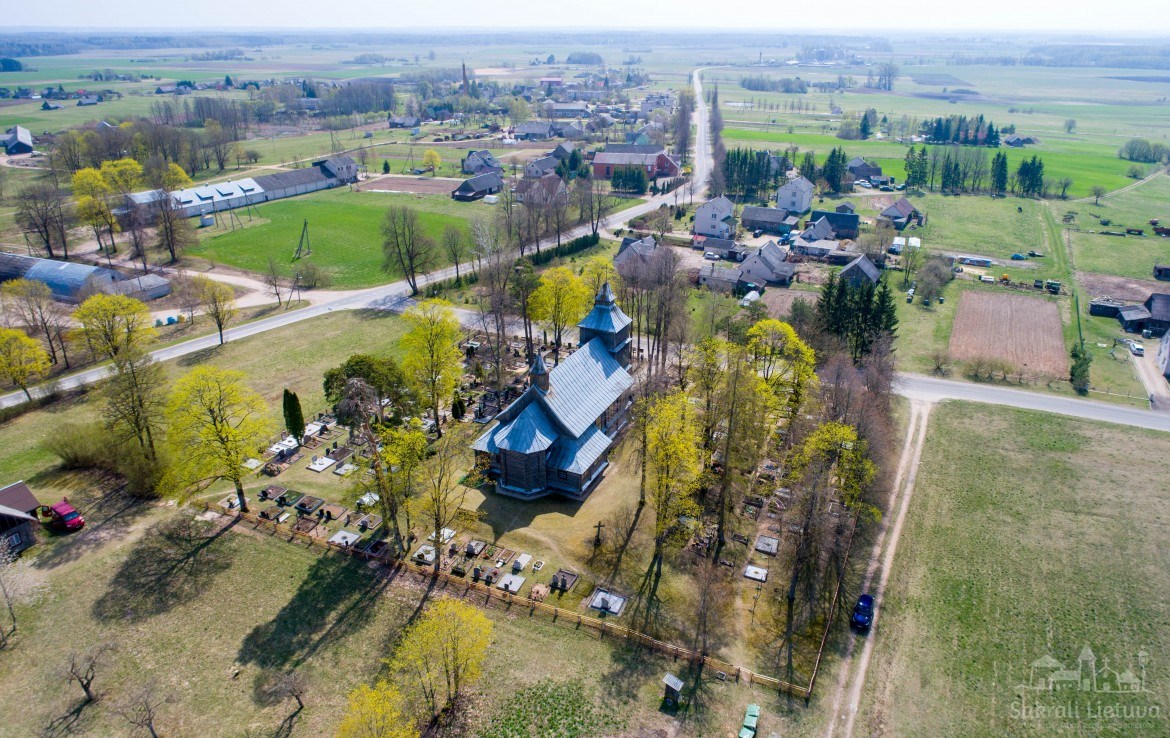 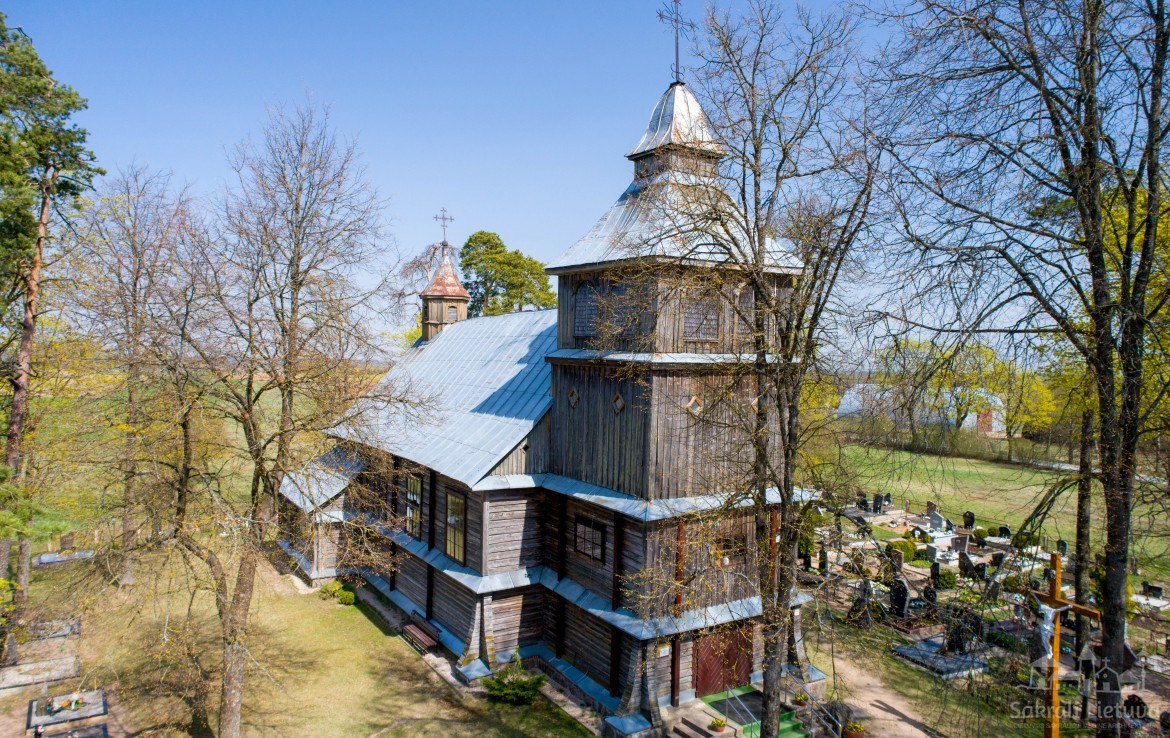 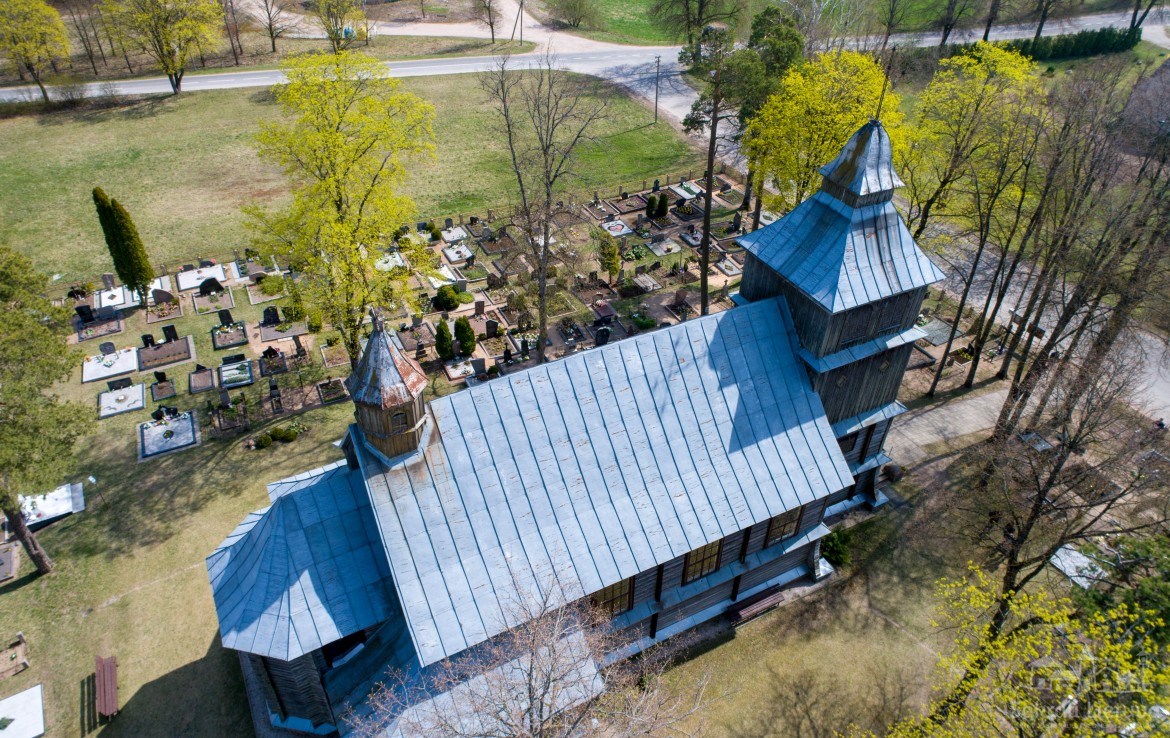 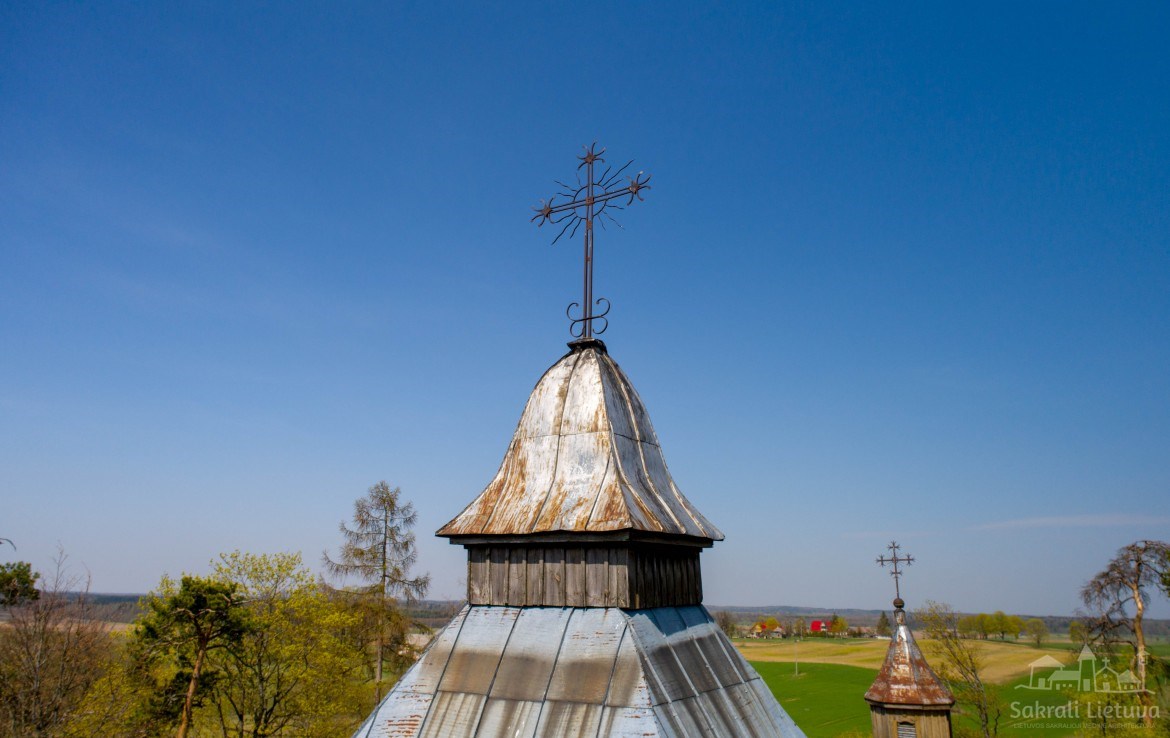 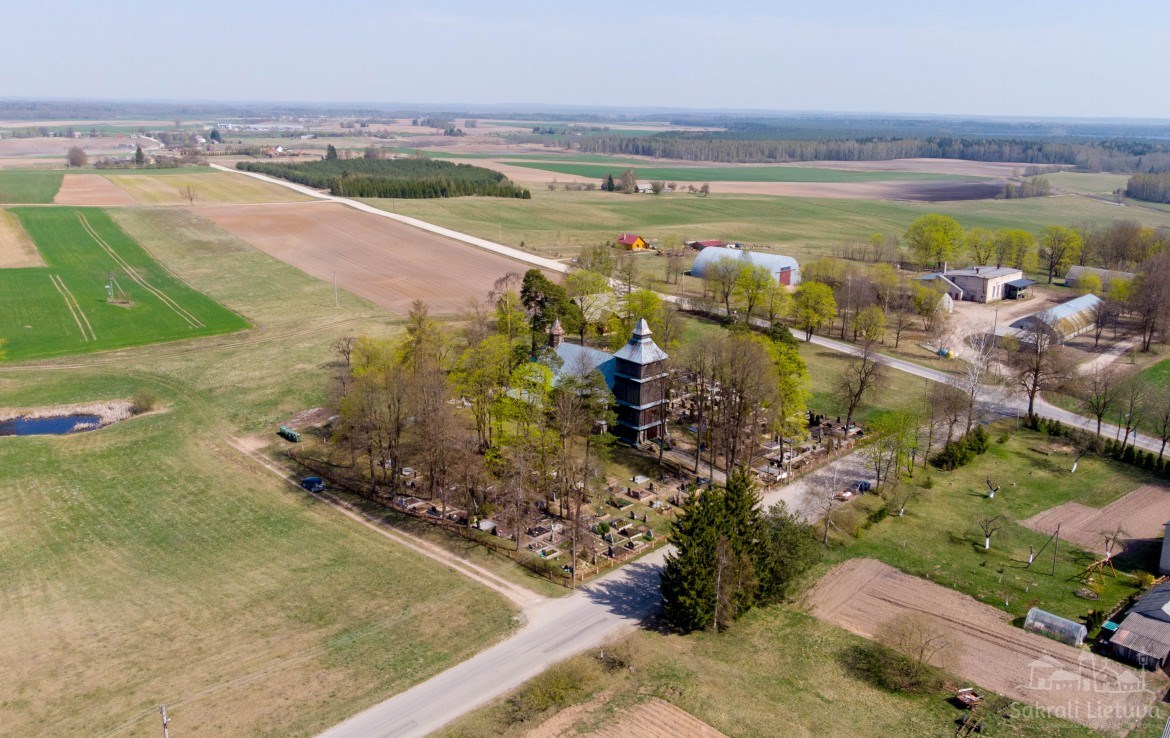 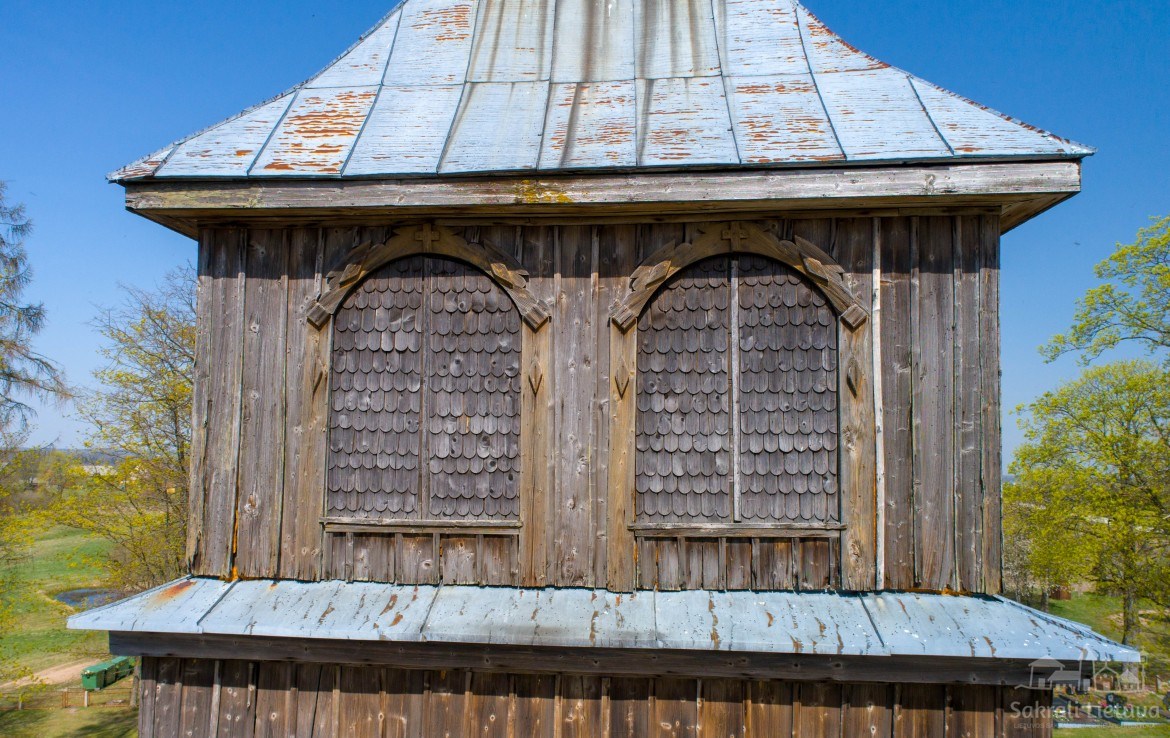 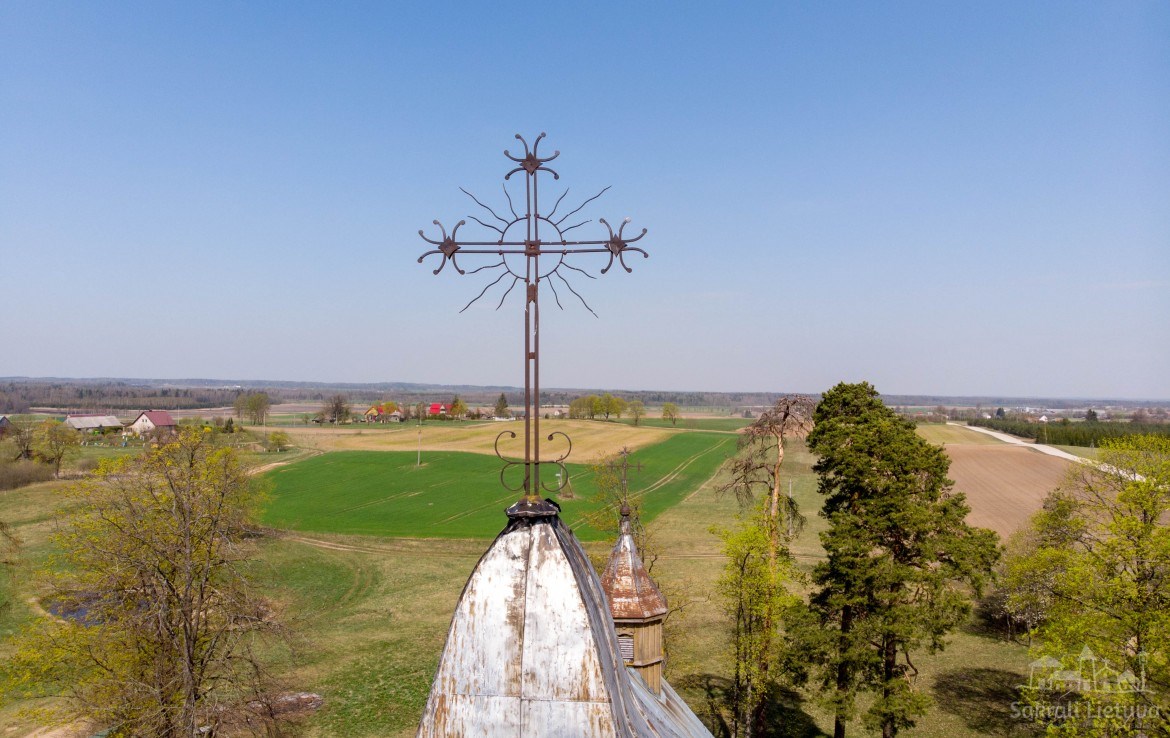 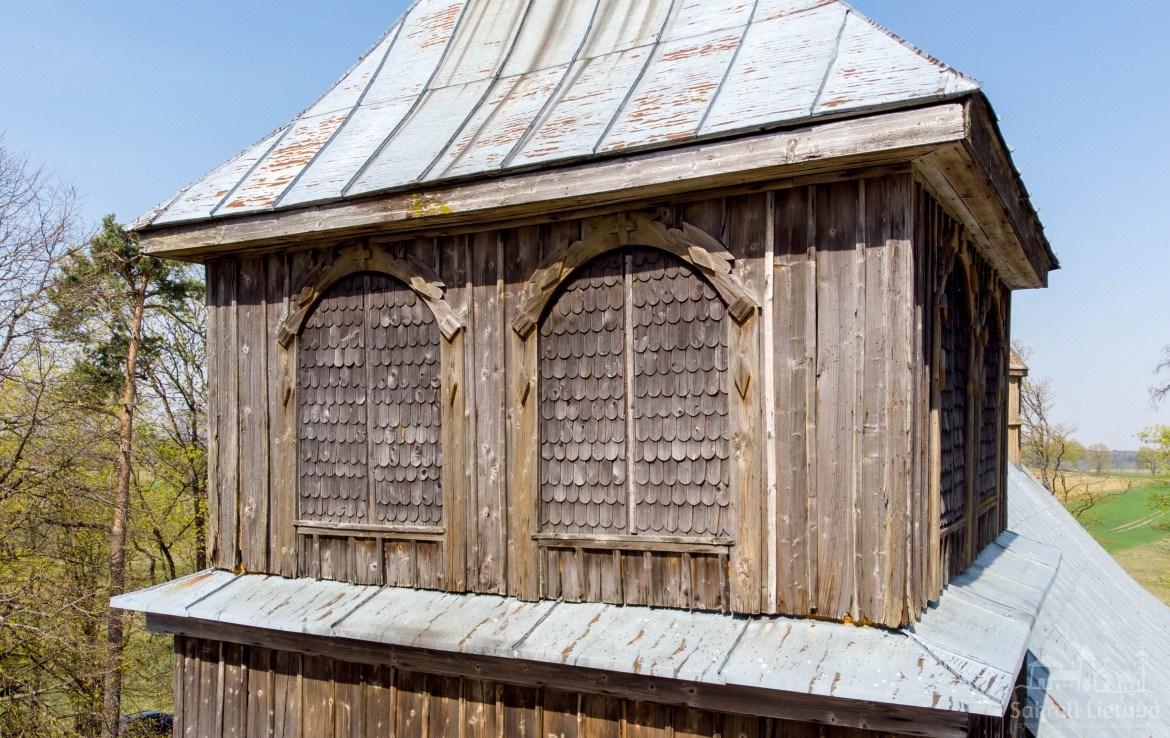 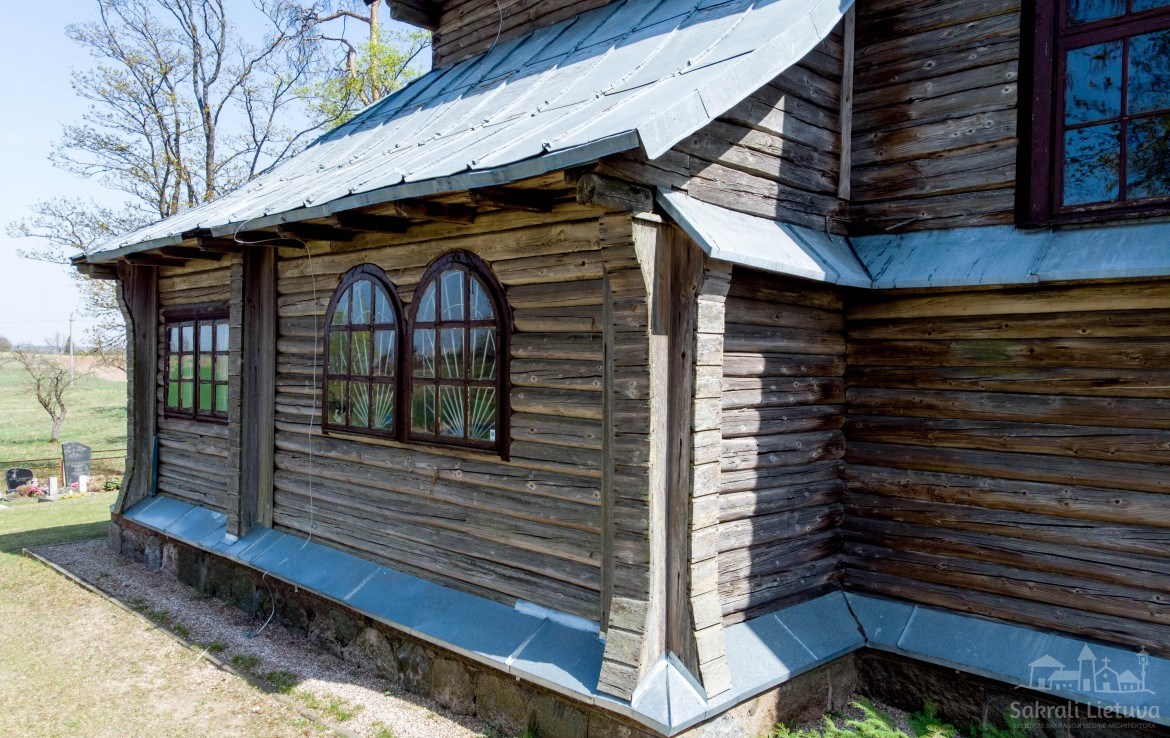 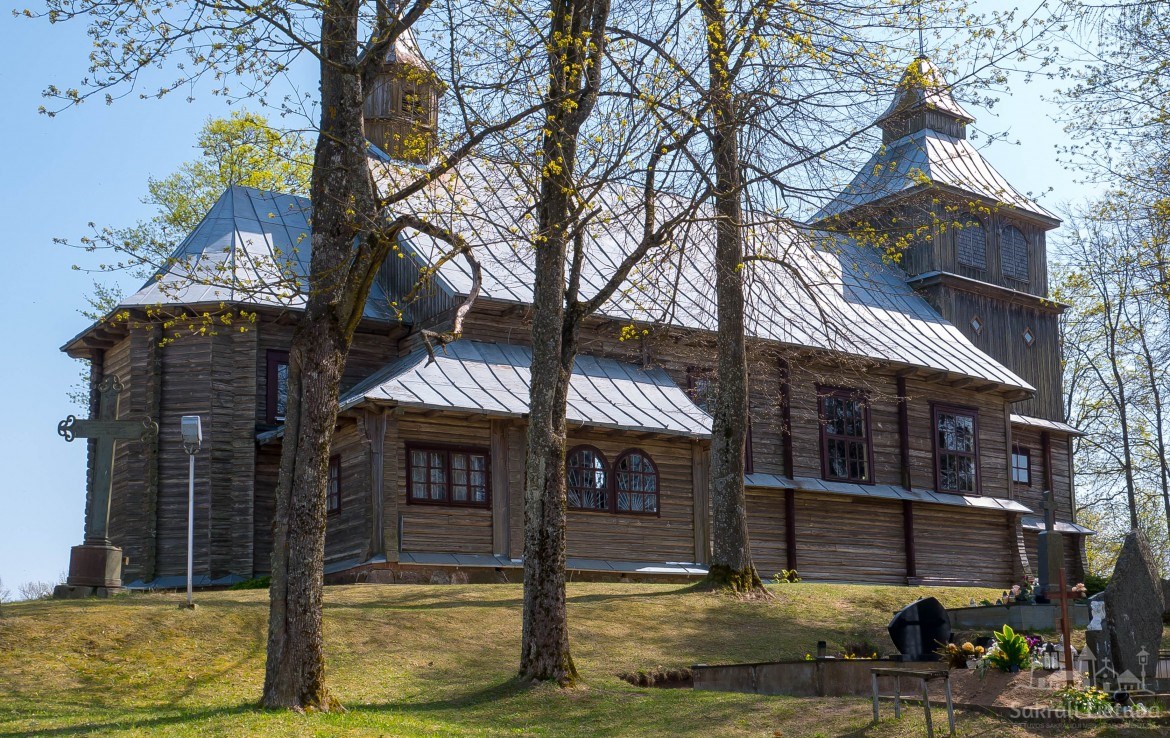 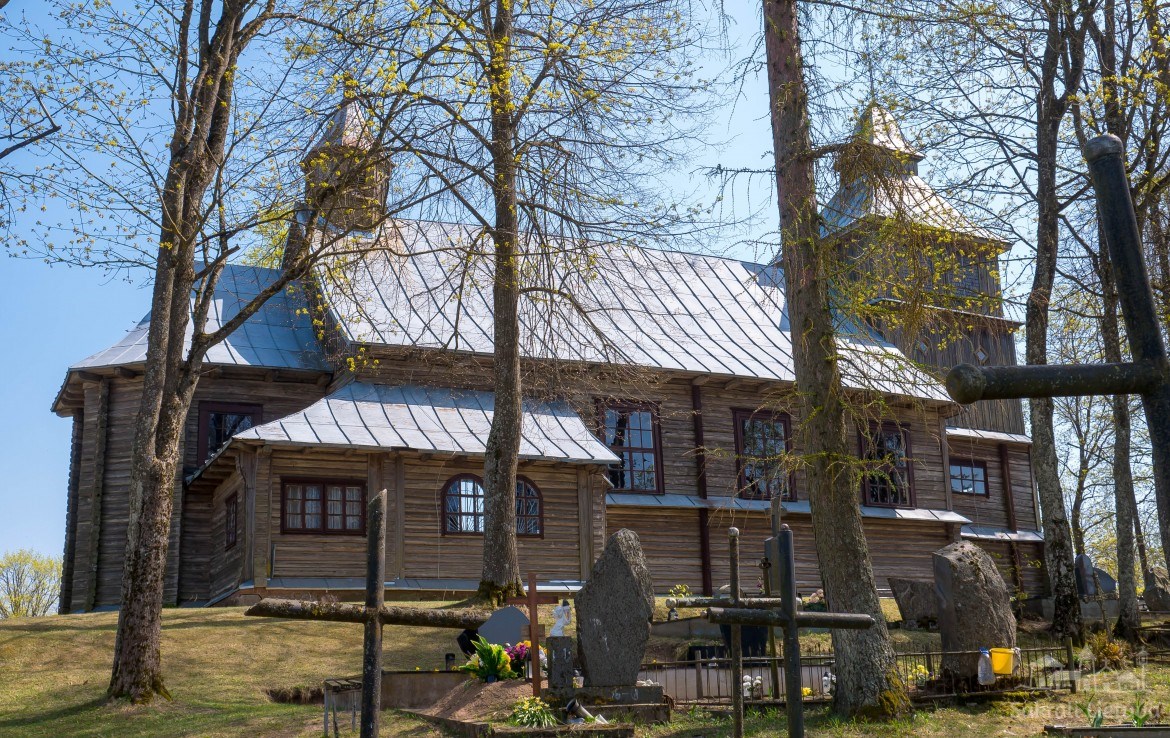 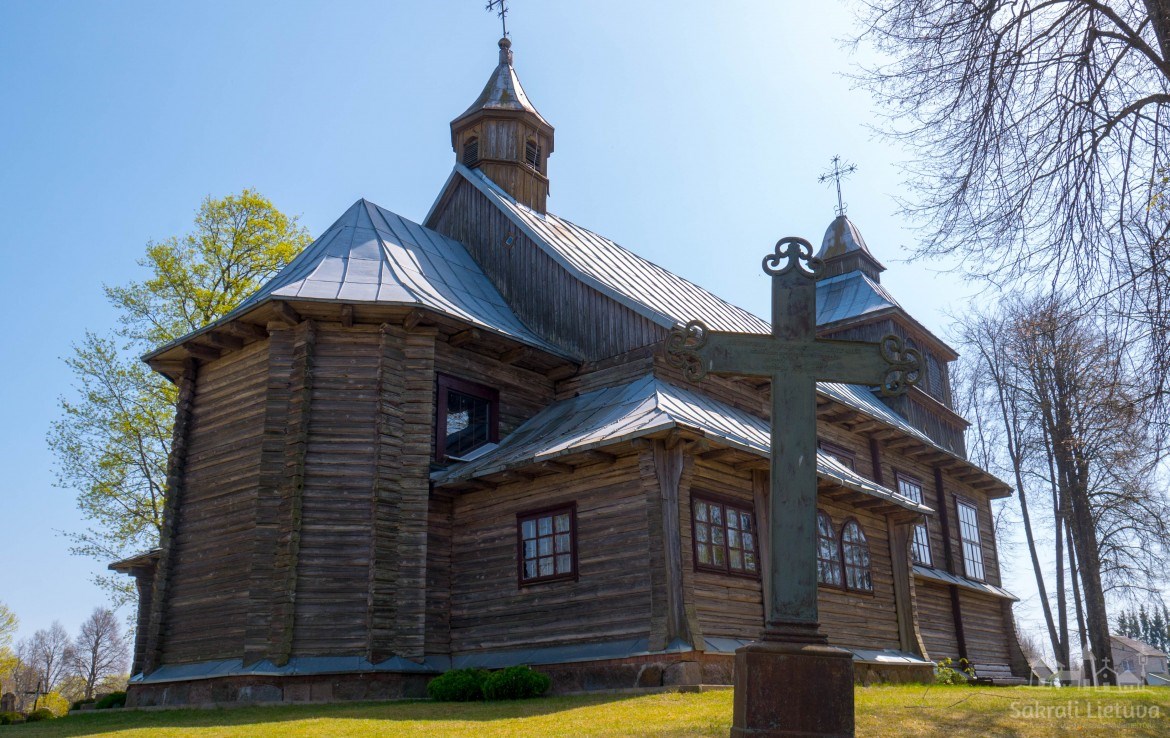 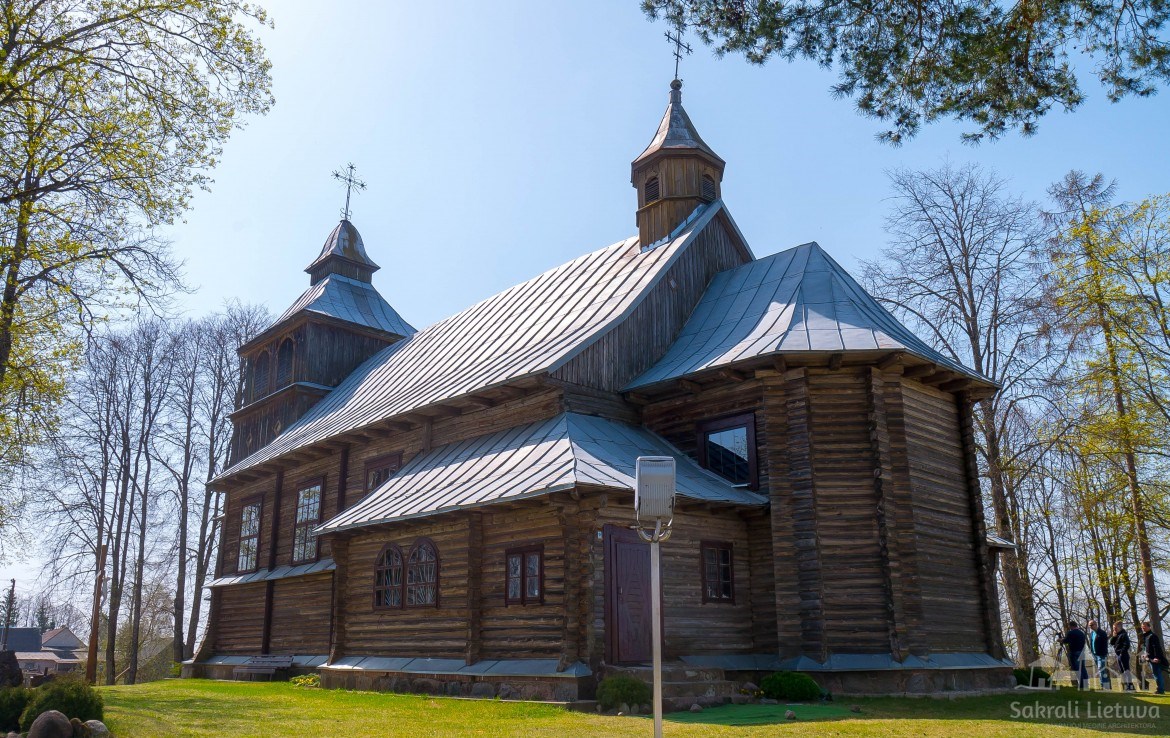 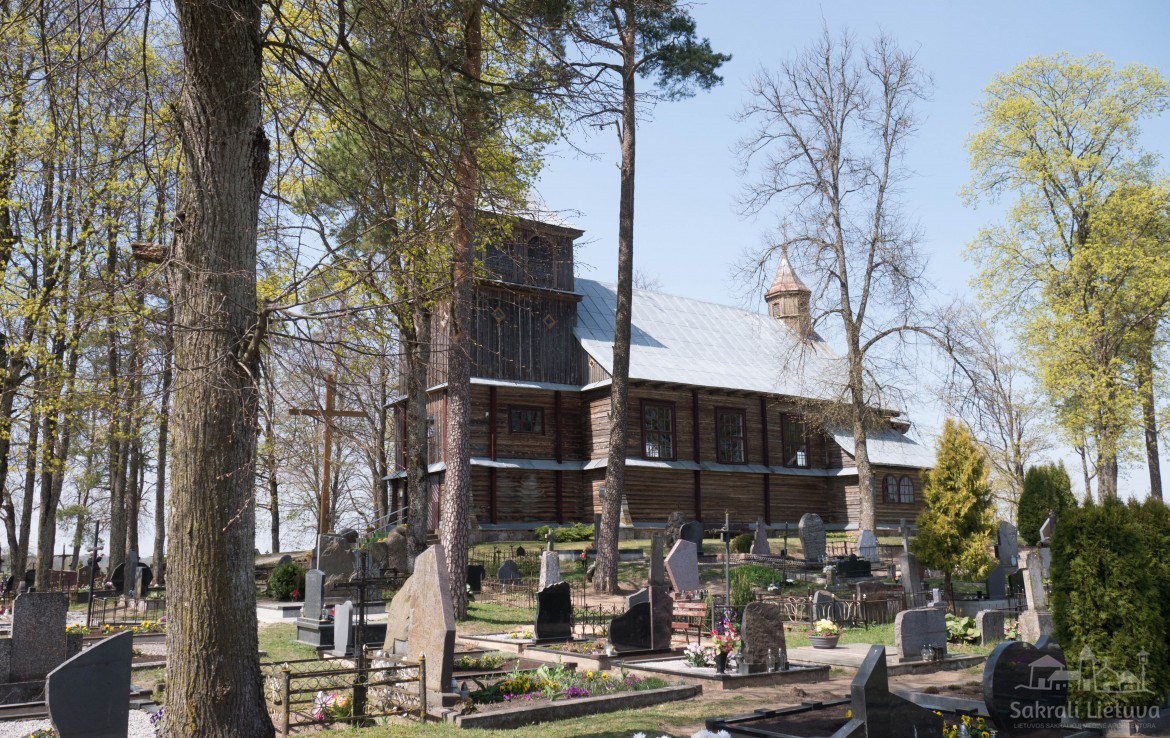 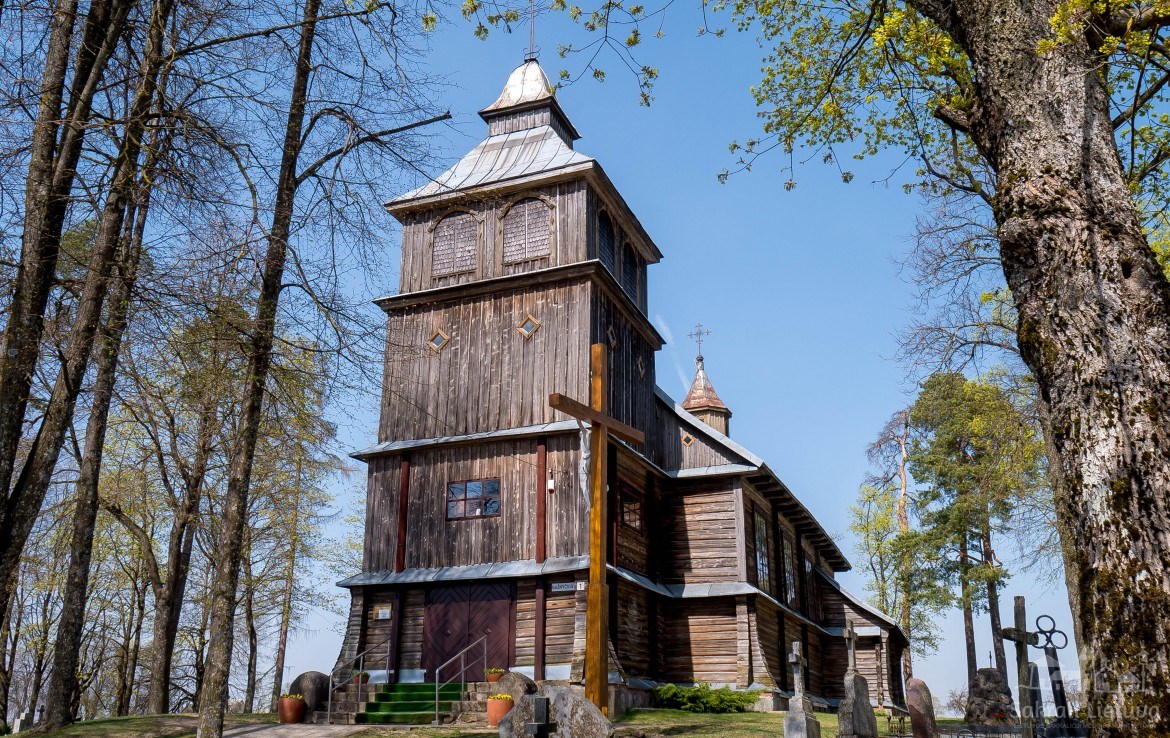 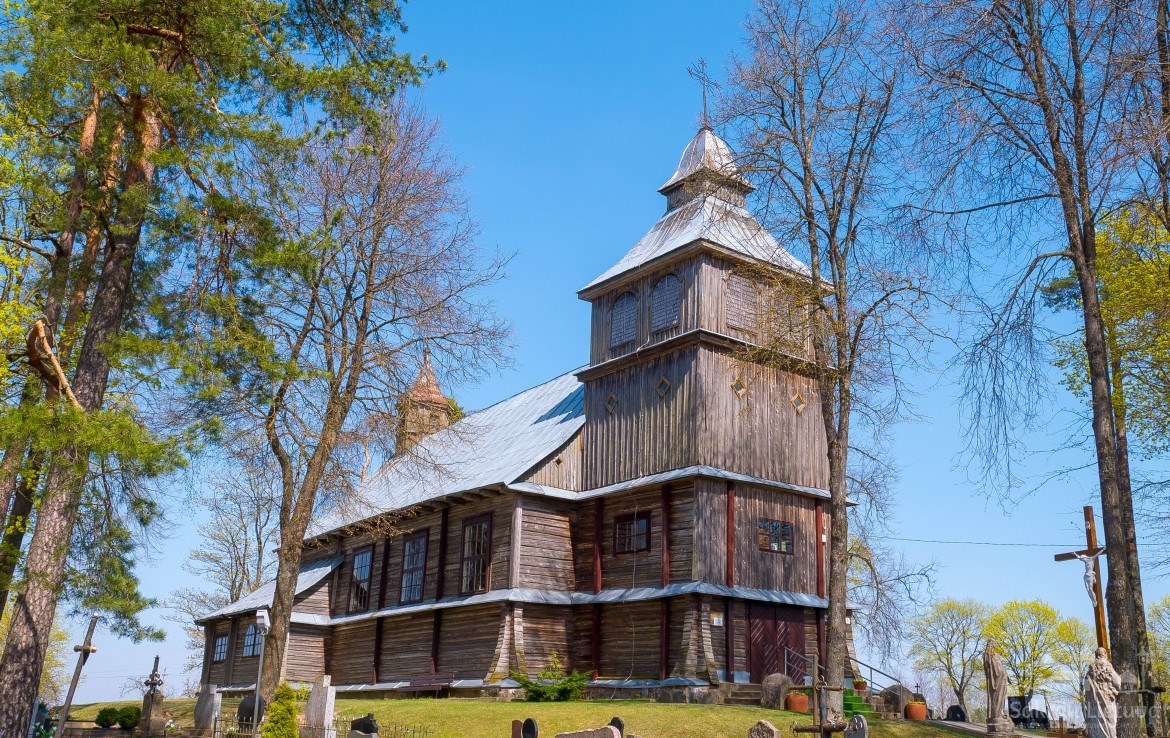 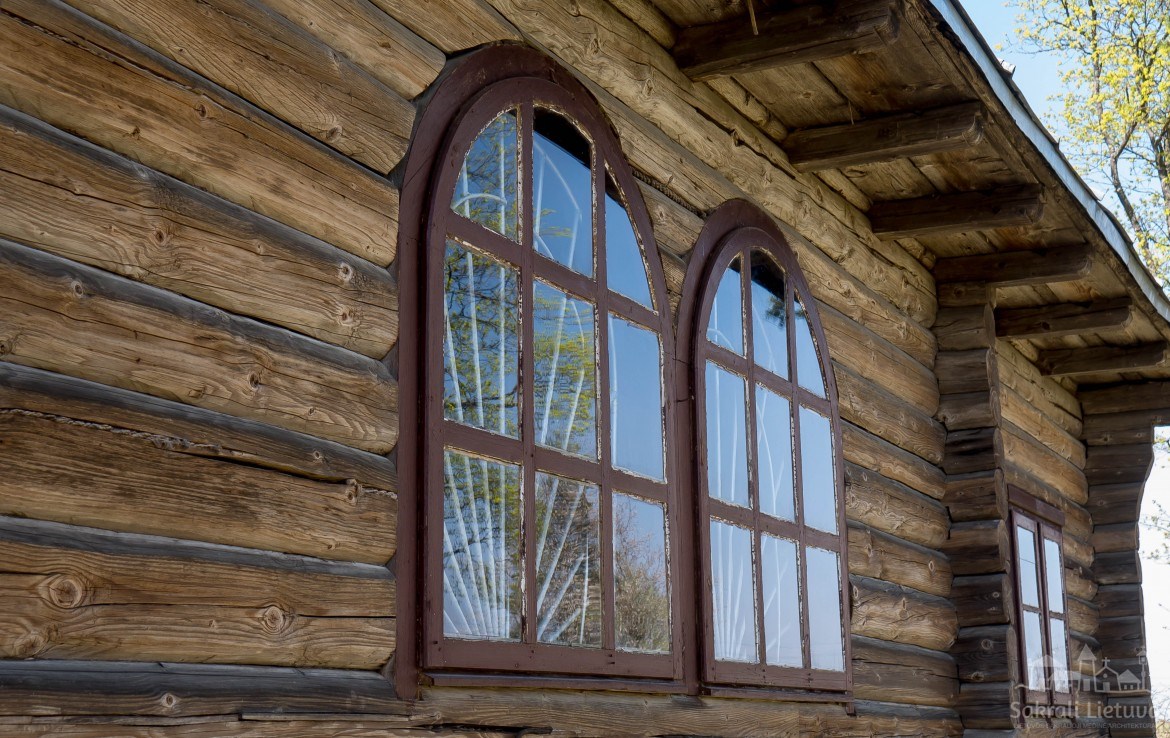 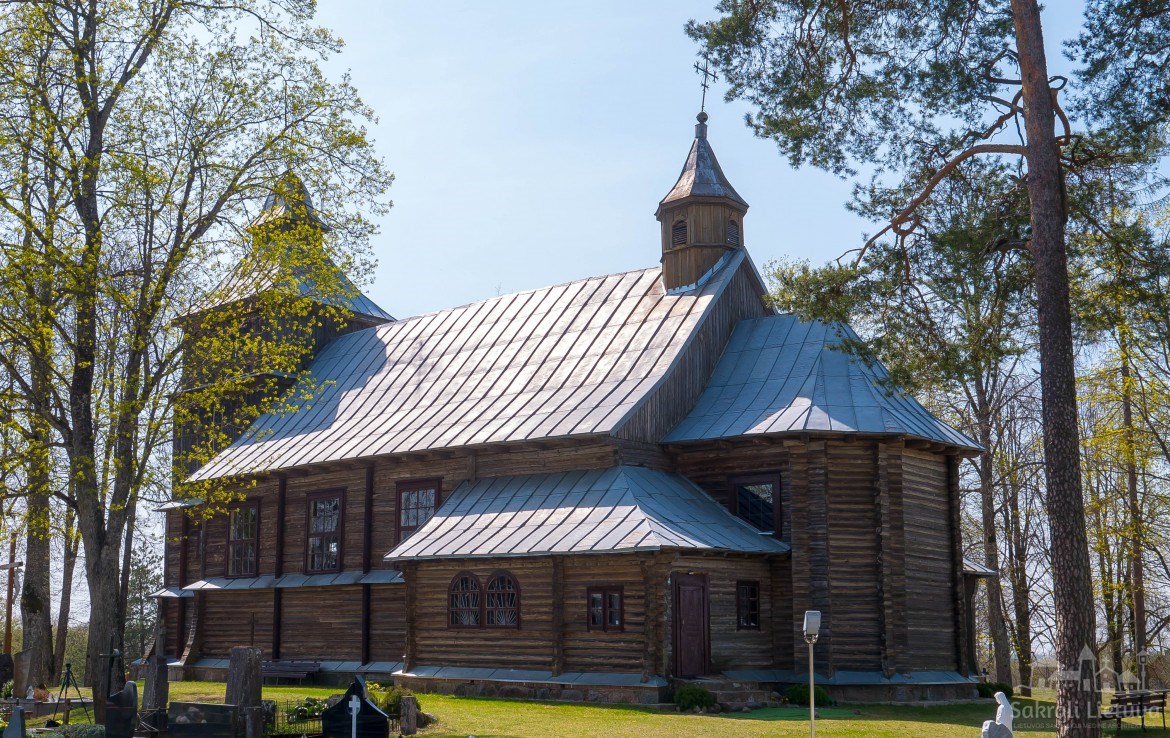 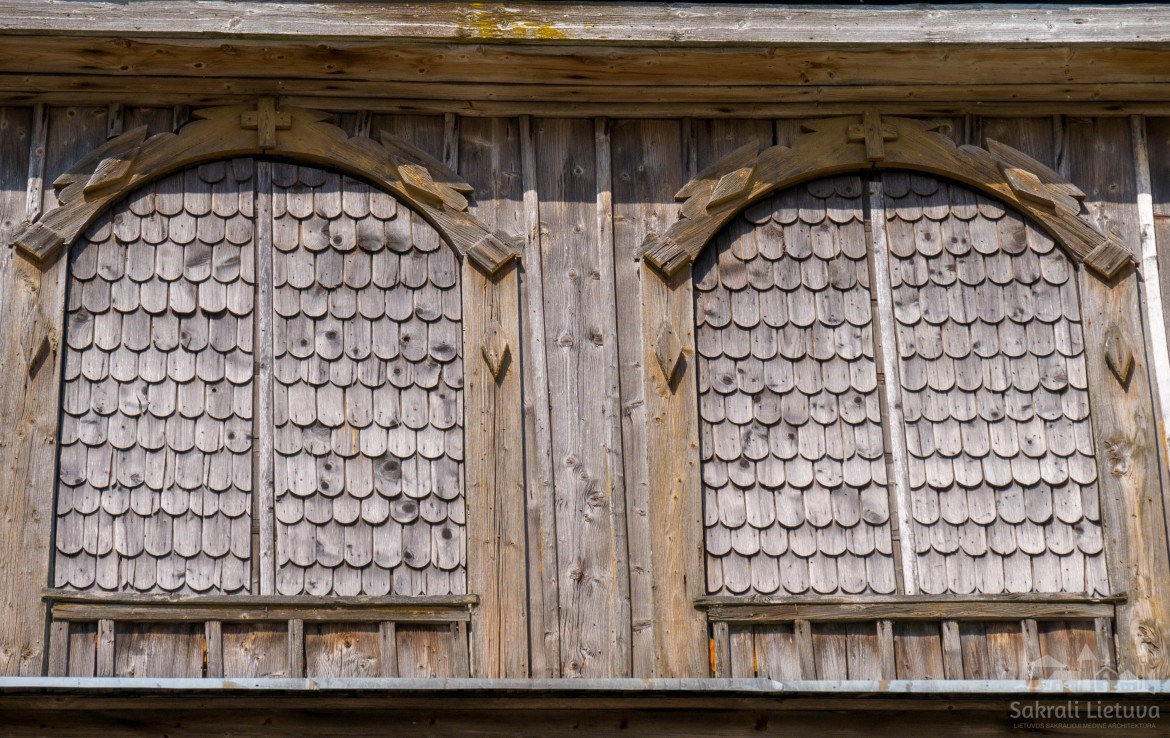 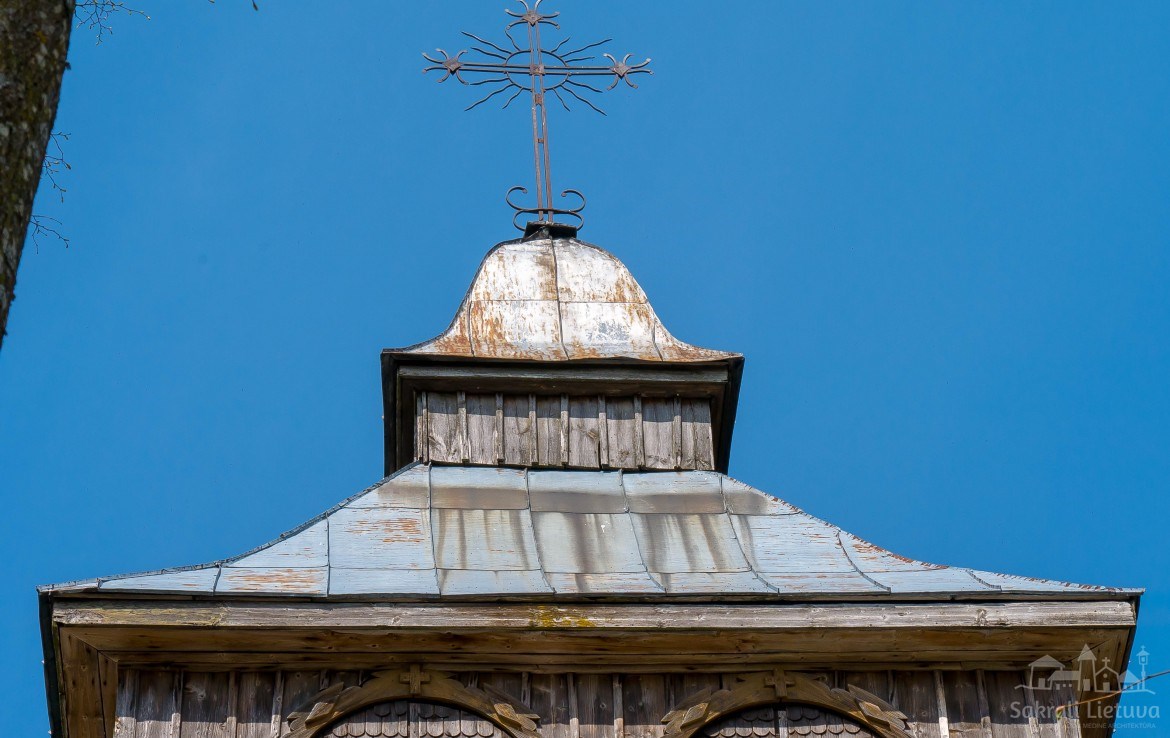 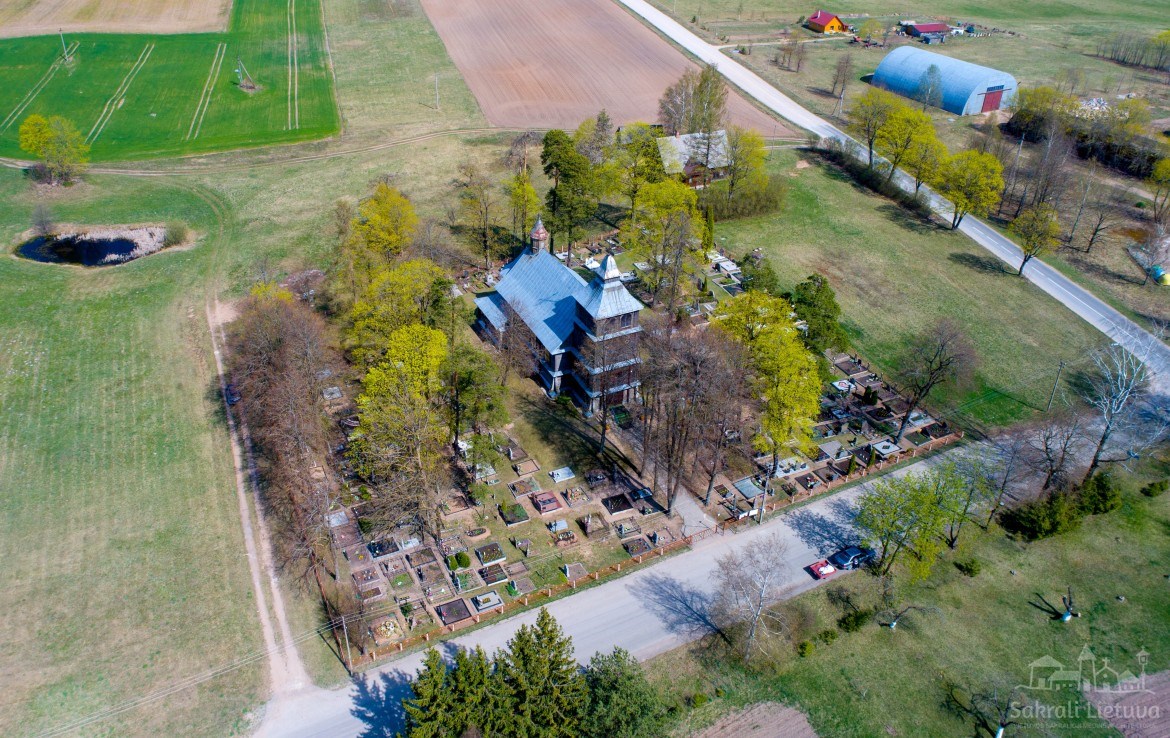 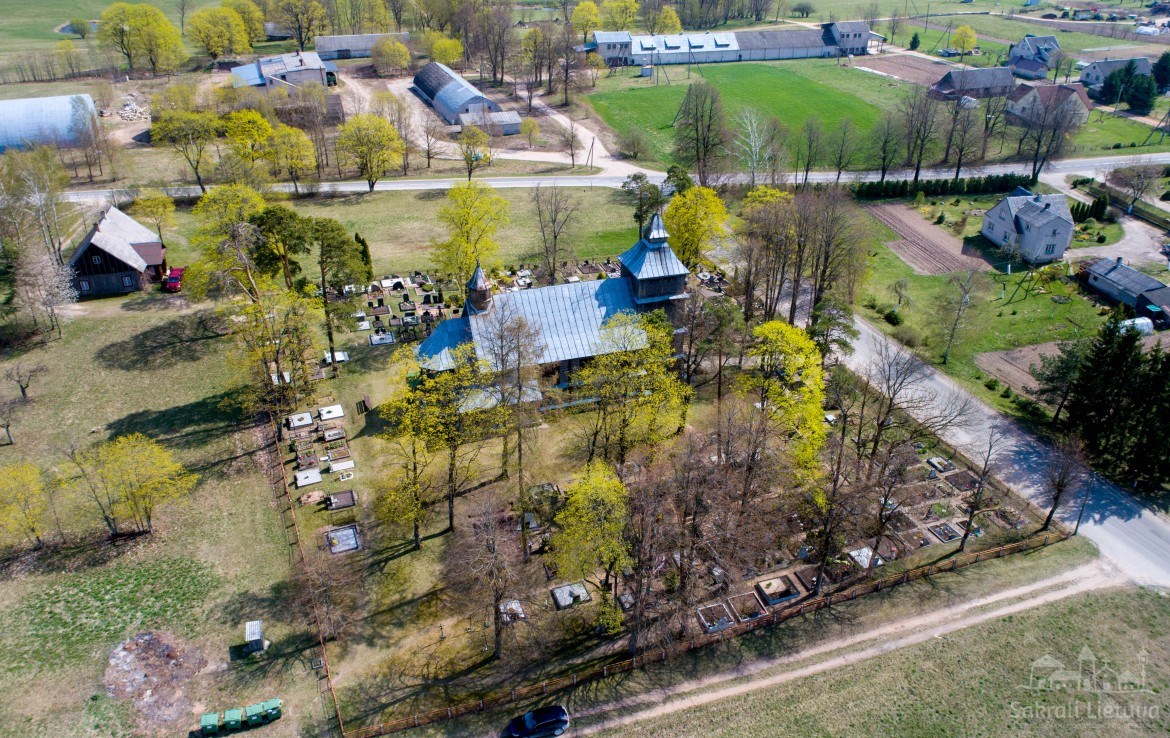