Žemaičių Kalvarija is regarded as the very first example of the ensemble of Kalvarija as the New Jerusalem not only in Samogitia but also all over Lithuania. The Stations of the Cross of Žemaičių Kalvarija were established by the bishop Jurgis Tiškevičius in 1637. It was he who chose the sites and measured the distance by steps so that everything should exactly correspond to the “Way of Suffering” of Christ in Jerusalem. It was the third New Jerusalem in the Polish-Lithuanian Commonwealth after famous Kalwaria Zebrzydowska (1604) and Kalwaria Pakoska (1628). It carried a new form of the Stations of the Cross communal piety to Samogitia and the whole of Lithuania and transferred to Lithuania what had been in existence in Western Europe for two hundred years – Calvaries had been known there since the beginning of the 15th century.

Žemaičių Kalvarija gave rise to actual setting up of the calvaries repeating the landscape compositions of the Way of Suffering of Christ in Jerusalem in Lithuania. Long-established traditions of creating and visiting them spread to later calvaries of Lithuania from there. The significant thing is that from the architectural point of view Žemaičių Kalvarija is the only authentic ensemble of the Way of Suffering that has survived.

The first wooden church that did not survive was built there before the establishment of the Stations of the Cross ensemble, on a hill-fort called Saint John Mountain. After the calvaries had been established, the location of the church was moved to the left bank of the Varduva River, to the site of the old graveyard.

The complex consists of the following buildings of the first half of the 17th – the second half of the 19th century: the brick small basilica of the Visitation of the Blessed Virgin Mary built in 1785–1822 in which the pilgrimage route starts, the fence and the gate of the churchyard, the brick house of the Dominican monastery built in 1843, a brick poleshrine and 19 brick and wooden chapel Stations of the Cross related to the paths formed by pilgrims in the middle of the 17th century, which later became a network of streets of the town. Sixteen chapels stand on the left bank of the Varduva River, and three chapels are located on its right bank.

The two-end wooden chapel containing two Stations “At Caiaphas” and “In Prison” stand out on the pilgrimage route. Its inside is decorated with the elements of classicist style, designs of the Greek  Key. The 18th wooden chapel “The Crucifixion” with paintings, painted elements of the décor and an impressive part of the presbytery painted by Kazys Varnelis, is the largest. 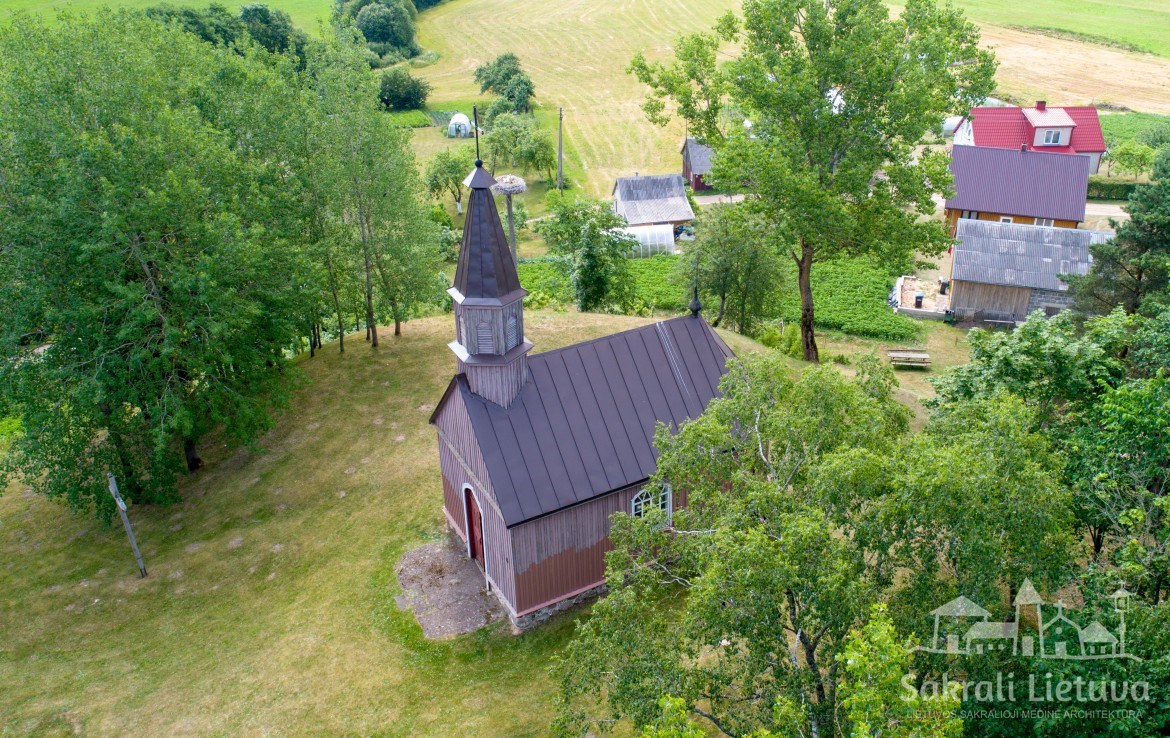 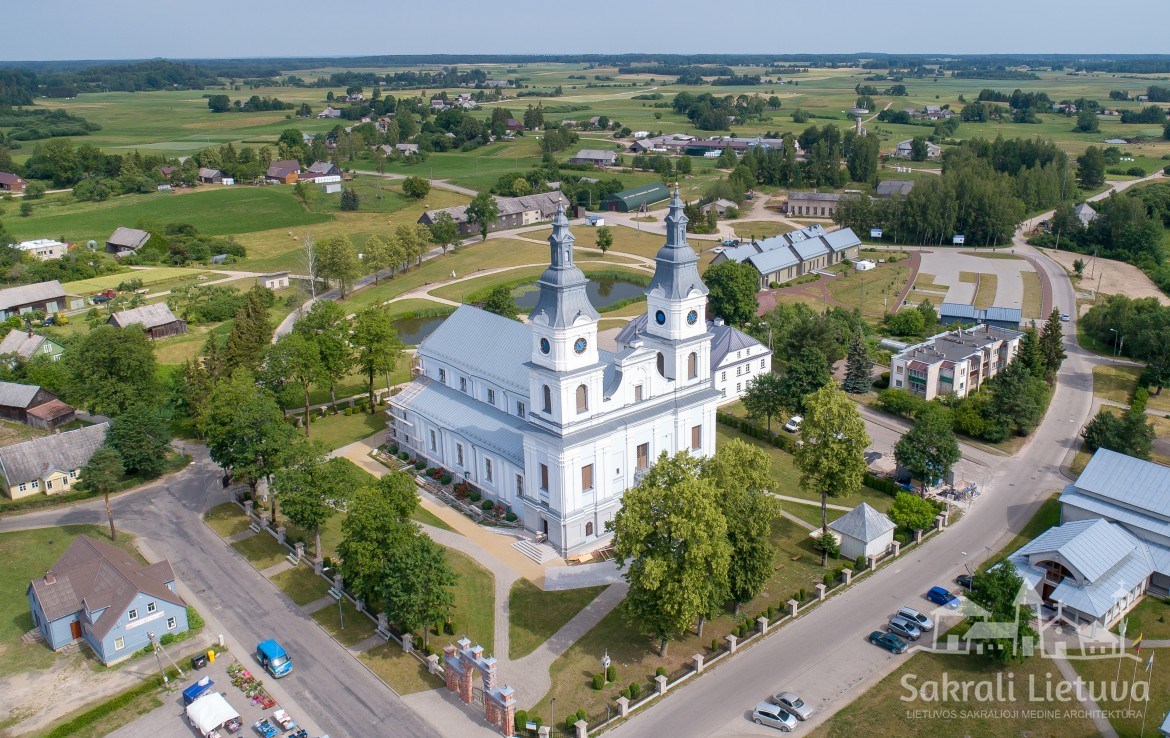 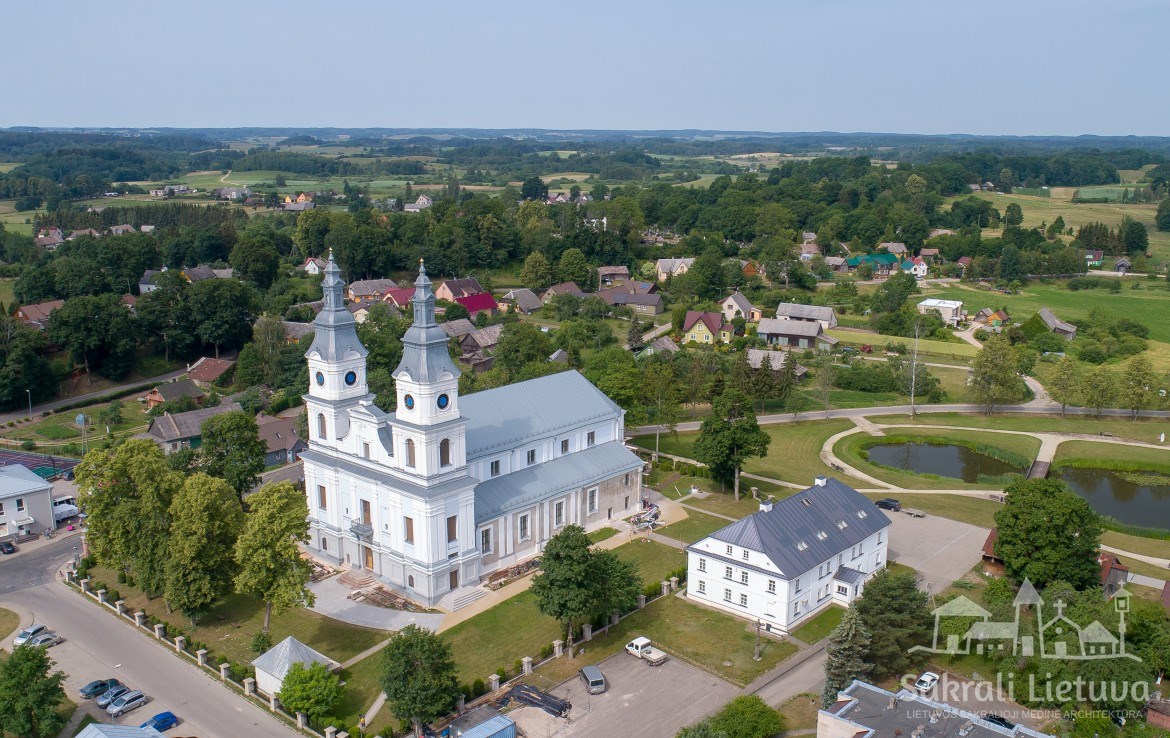 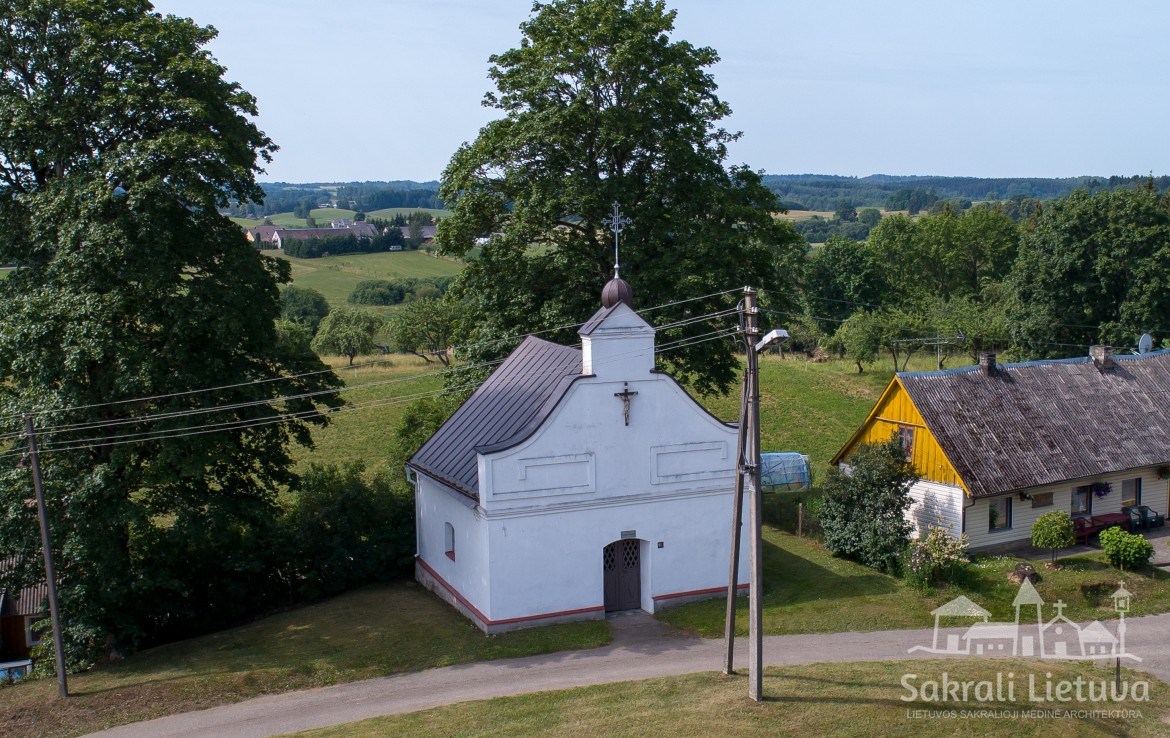 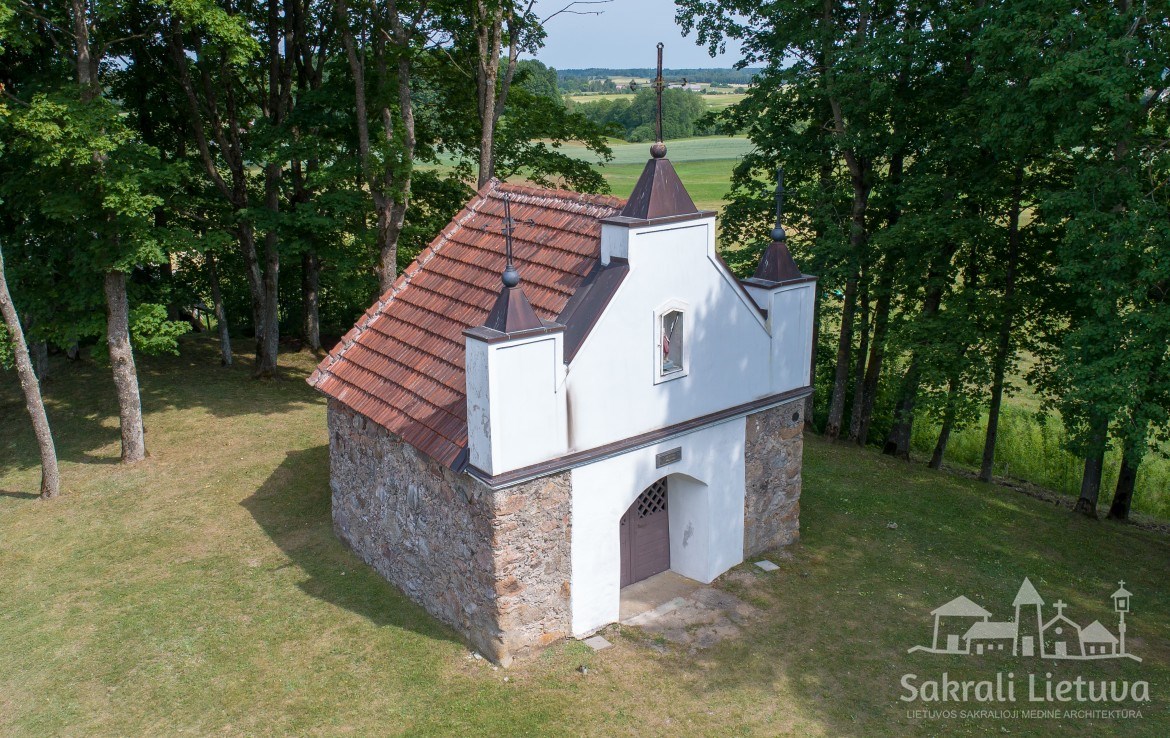 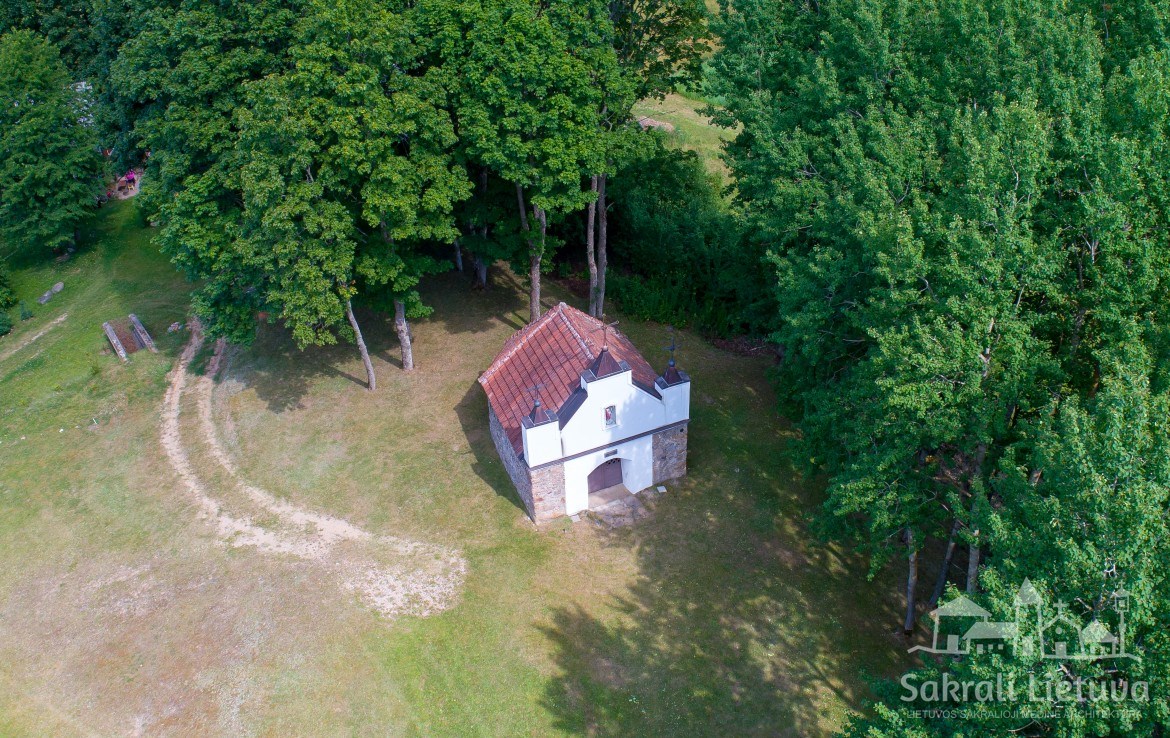 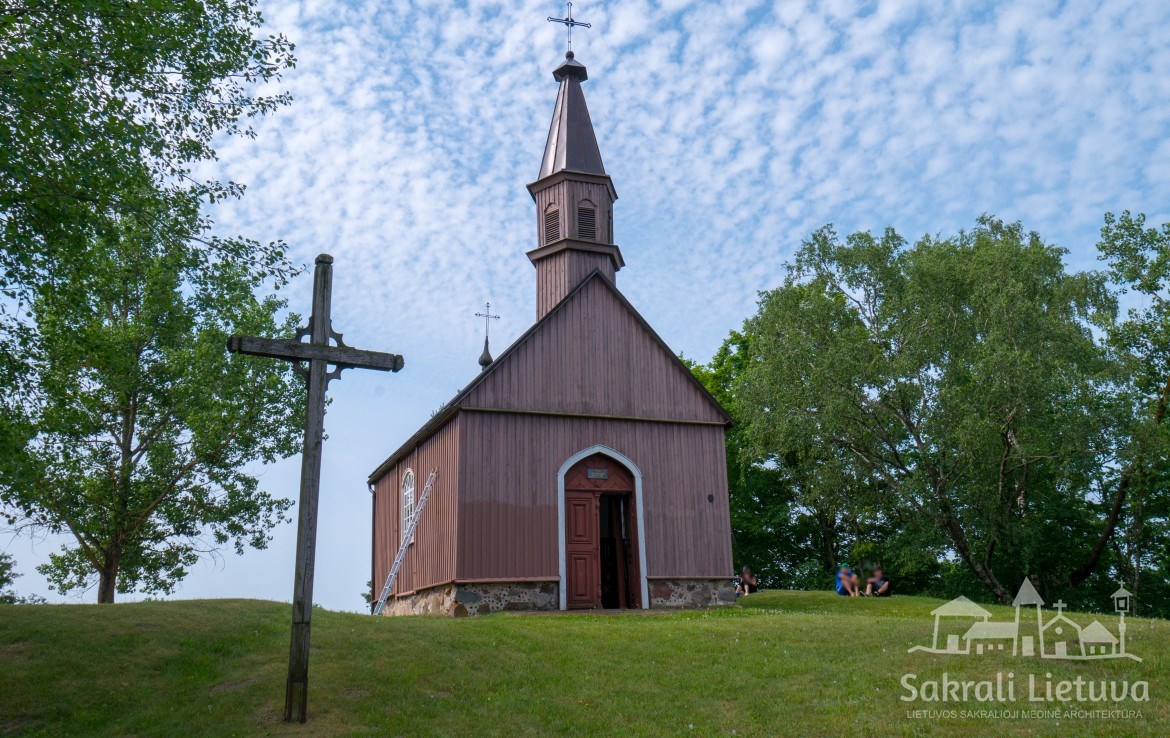 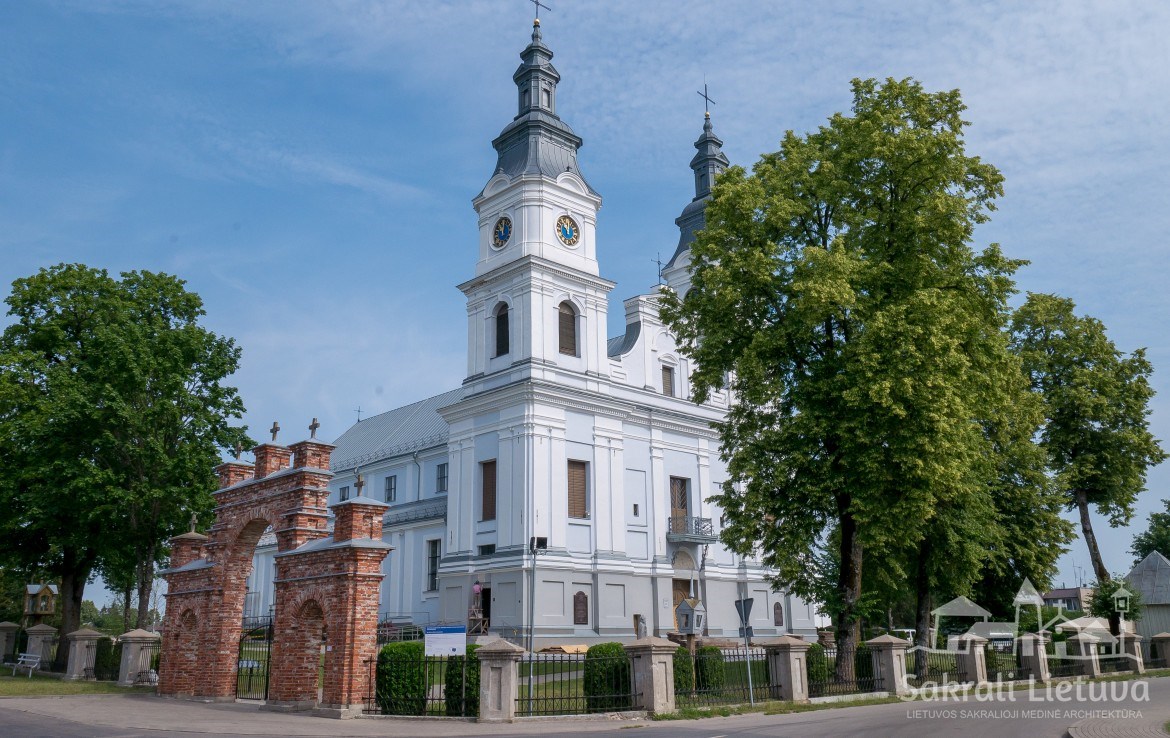 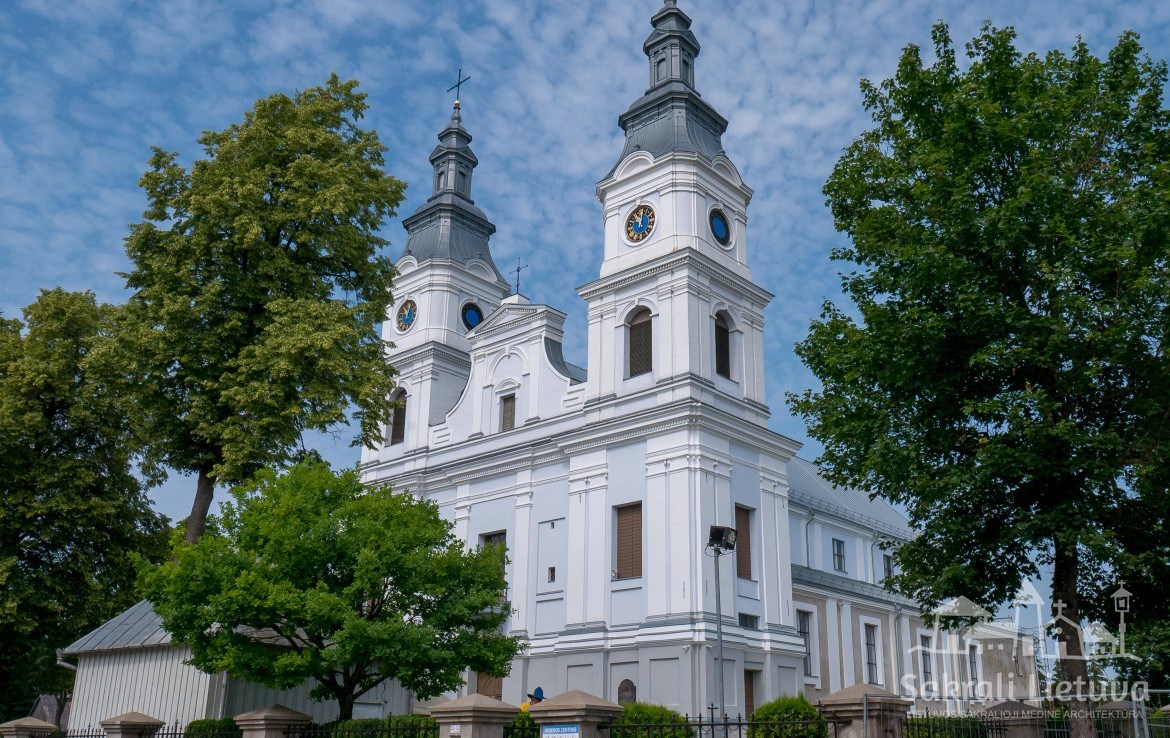 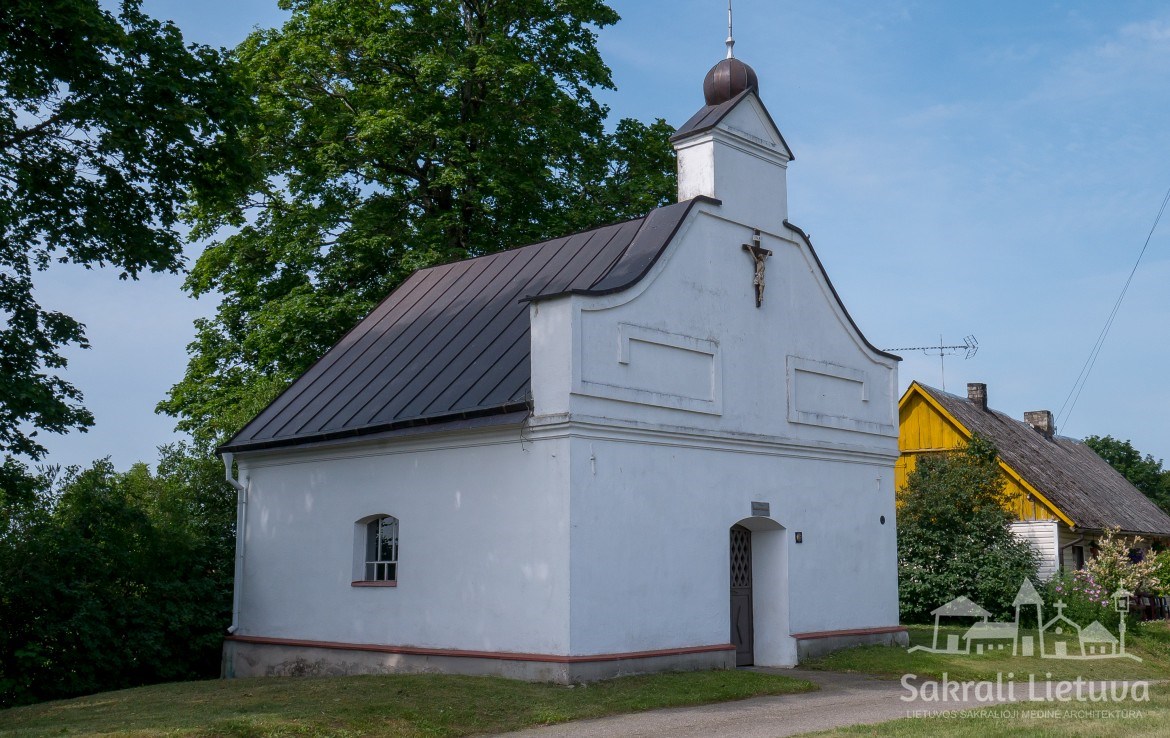 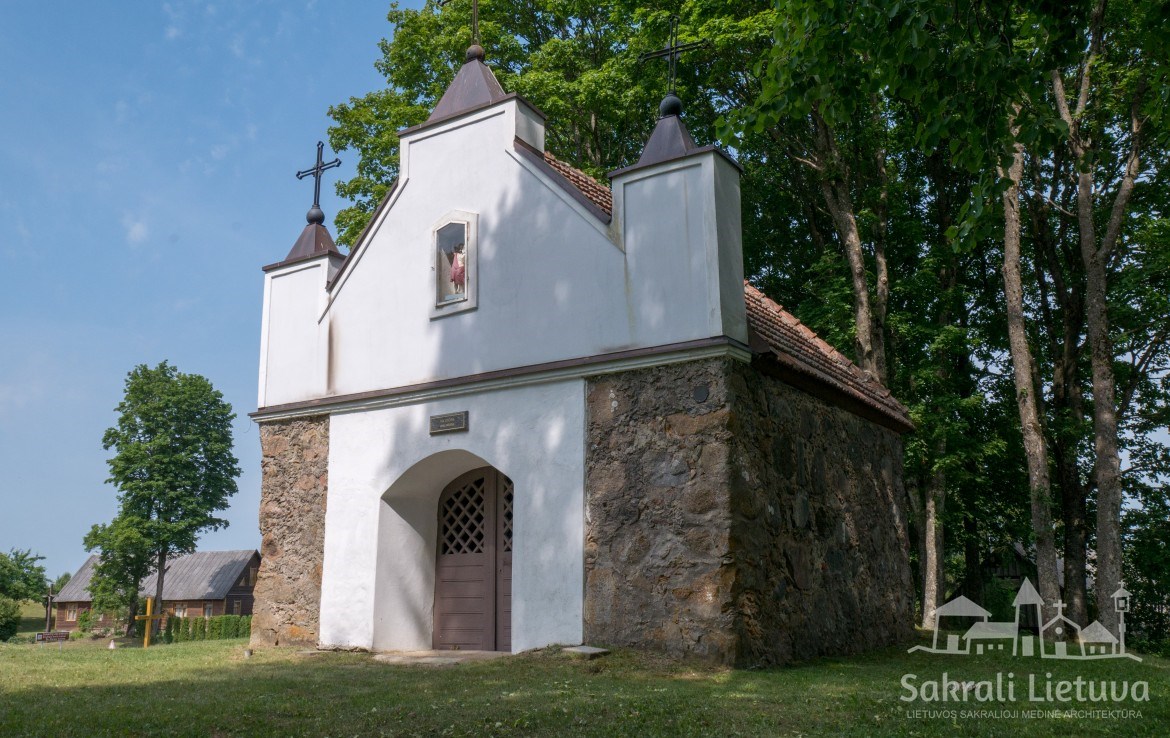