The history of church’s emergence and town’s title is closely related to national revival movements and ideas disseminated through them that took place in the inter-war period. In the Independent Lithuania, attempts were made to implement a strong cult of Vytautas the Great. Apparently, the reason for this was a wish to unite the nation, give it the opportunity to feel historical magnificence of the state, and contribute to consolidation of the authoritarian regime of Antanas Smetona. In 1930, the year of commemoration of the 500-year anniversary of death of Vytautas the Great, the Grand Duke of the Grand Duchy of Lithuania, in order to give meaning to his memory at national level, in all cities and towns of this country, through erecting the monuments, naming streets, squares, official enterprises or even settlements after Vytautas.

Thus, in this historical context, in the first half of the 30-ies of the 20th century, the settlement was named Vytautava to honour the Grand Duke of Lithuania. The professor of Kaunas University Zigmas Žemaitis (1884-1969), an airman and physicist, took care about construction of the church. He gave the land plot of his farmstead as a present to the church. The building of the church was built of logs taken from the stackyard of Z. Žemaitis’ manor.

A wooden building of the church, built in1936, is of folk style, has a compact long-drawn rectangular plan, without an apse, and reminding of an ordinary residential house. In the main facade – a small four-walled tower of belfry with a small pyramid hip roof and a portico, propped on two wooden poles, marking the main entrance. The walls are built of logs and horizontally planked, the windows and doors are rectangle-shaped. The roof is double pitch, tin-plated. The tower is adorned with a cross of laconic forms.

The internal space is divided by rows of pilasters of a square base into three naves, while the central nave is higher than the side ones. The internal walls of the church are planked horizontally, there are some pictorial elements on the ceilings and walls. The interior is minimalistic, without exaggerated decoration.
The “Blessed Virgin Mary” in the High Altar of Neo-Baroque forms of Blessed Virgin Mary also is quite a symbolic and tendentious sign in the buildings of the 30-ties having ideological meaning: after Poland seized Vilnius region, attempts were made to make the symbols and memory of the historical capital of Lithuania more meaningful in the conscience of the Lithuanian people. Among such signs were architectural forms characteristic of Vilnius, visualizations of historical fragments or copies of famous artworks from Vilnius. 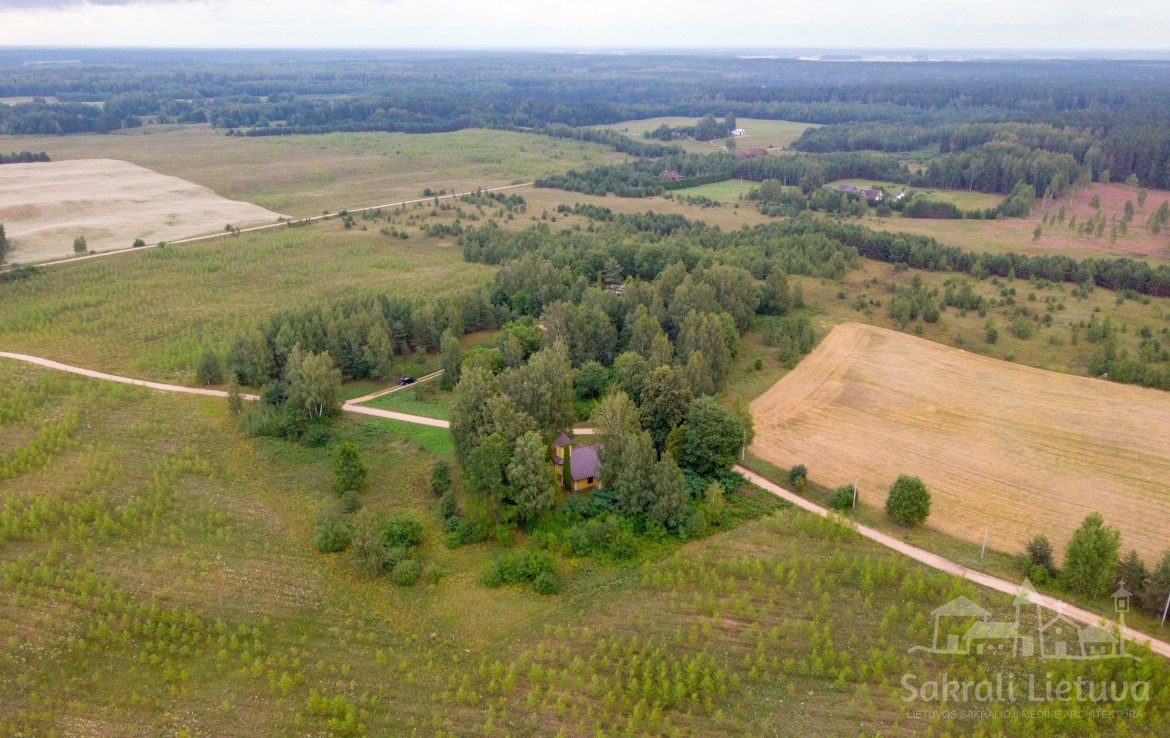 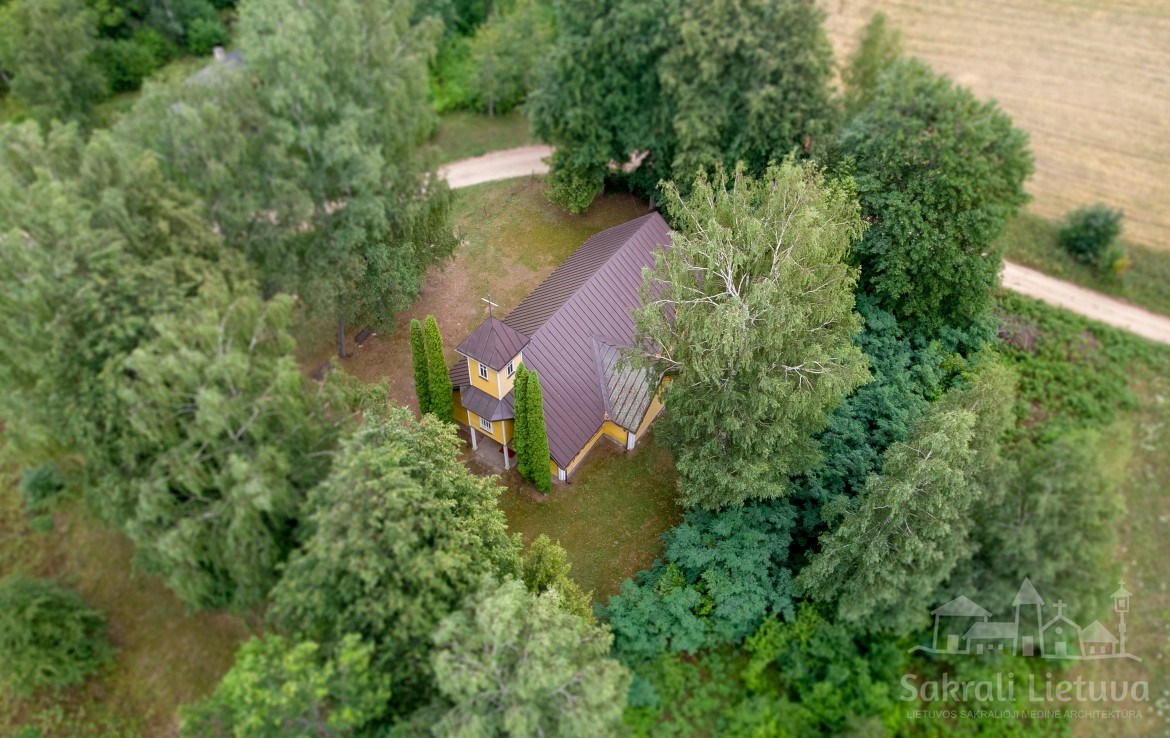 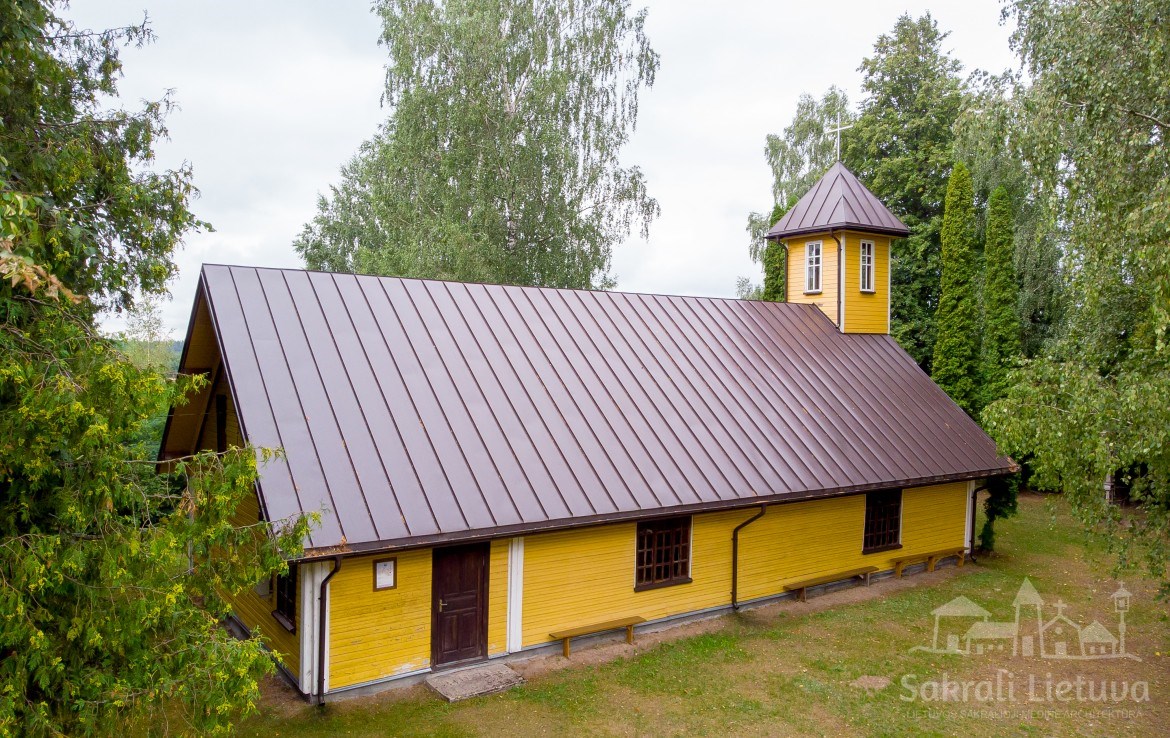 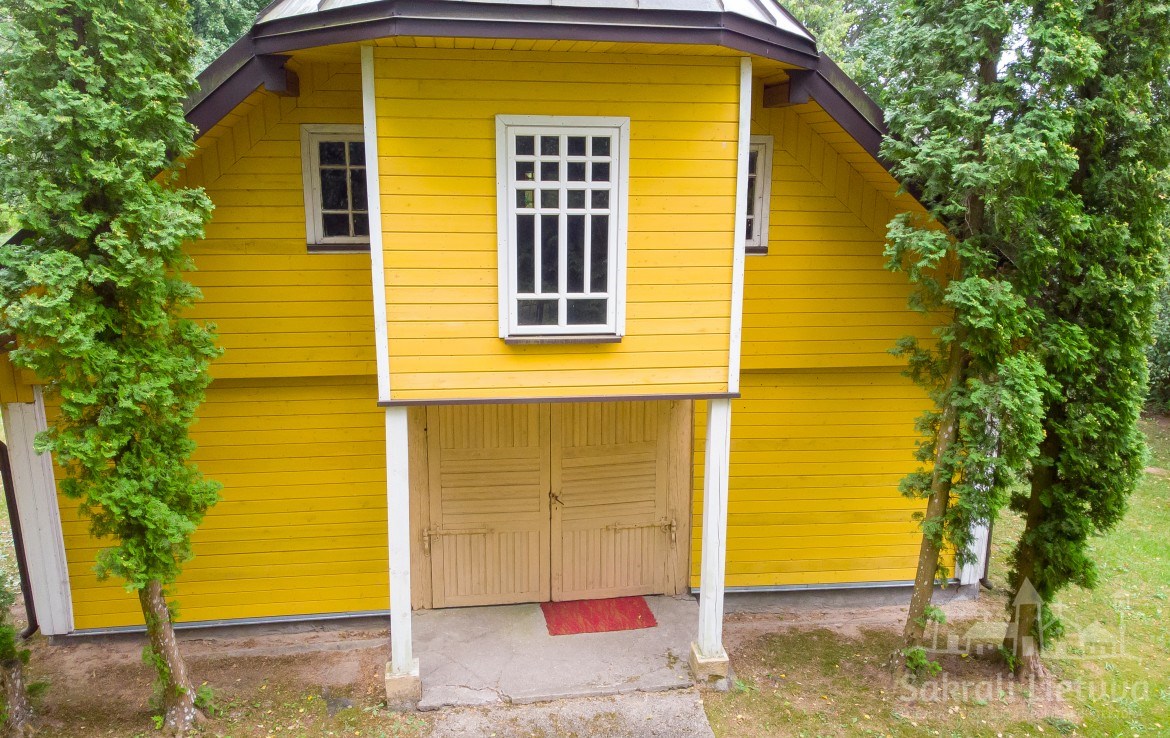 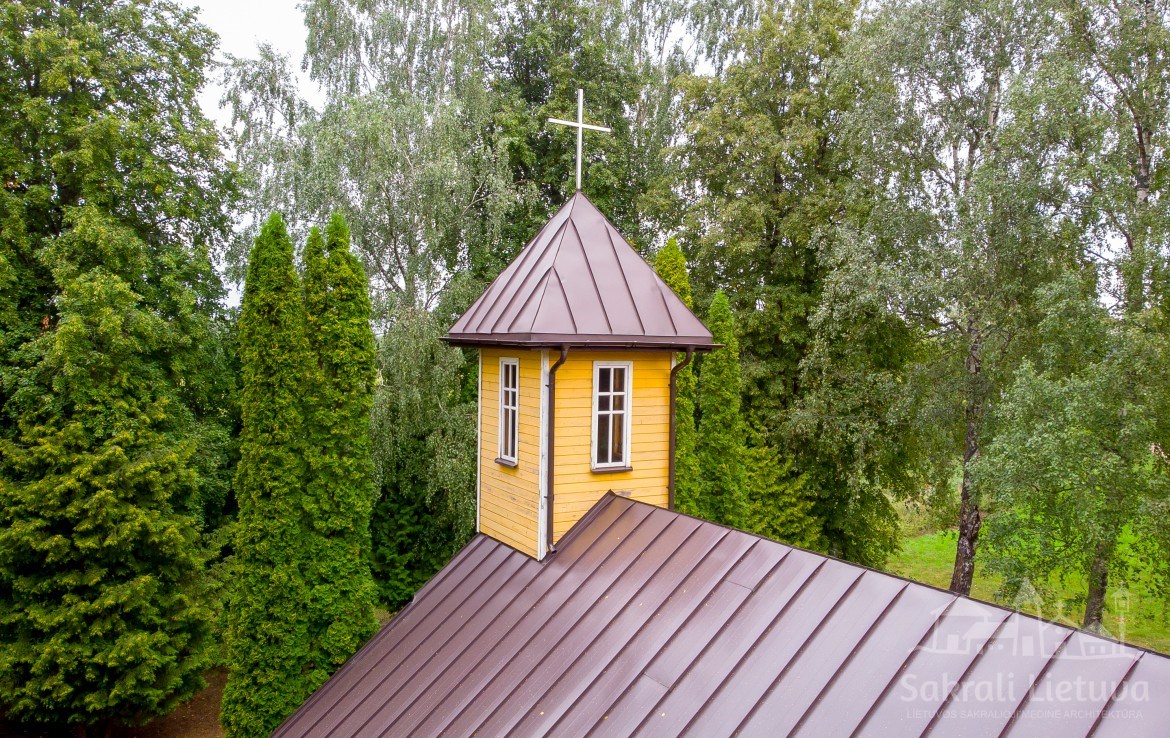 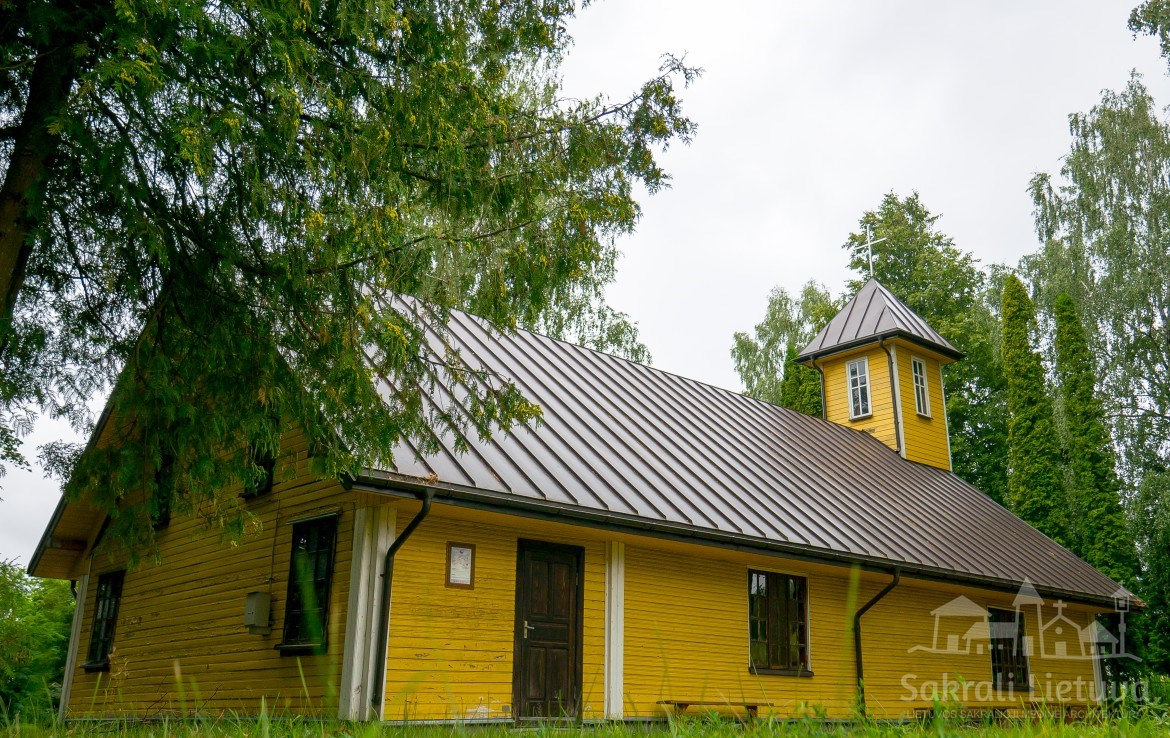 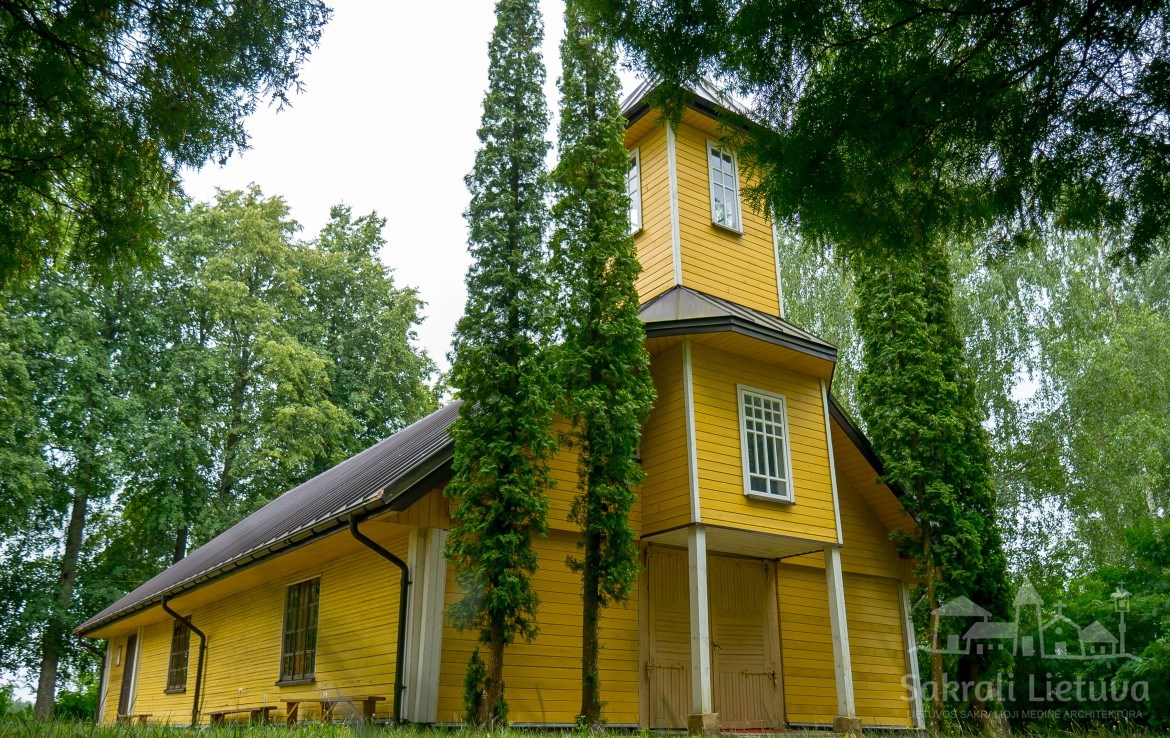 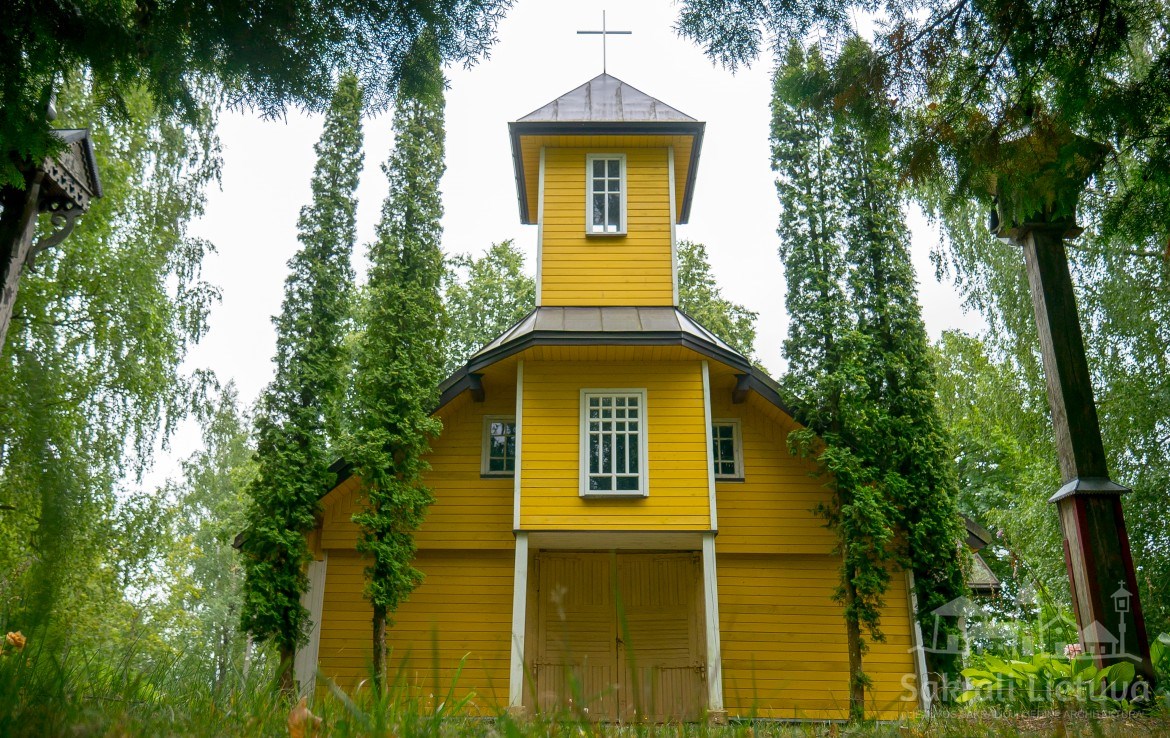 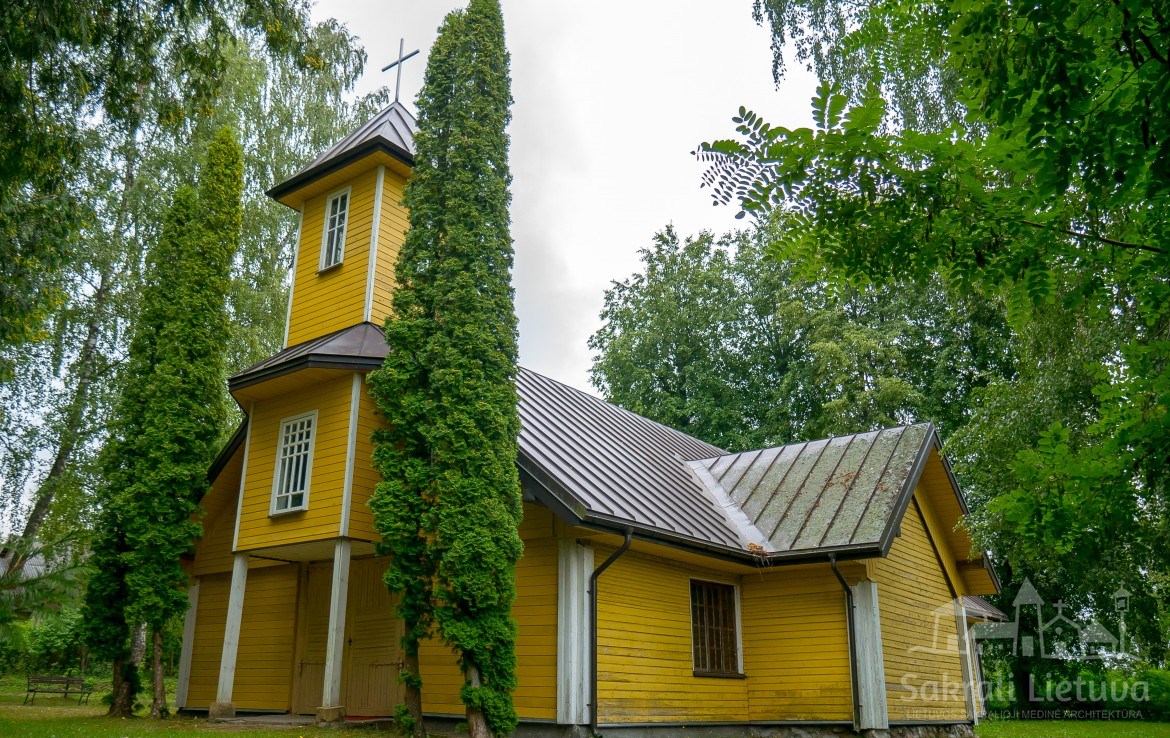 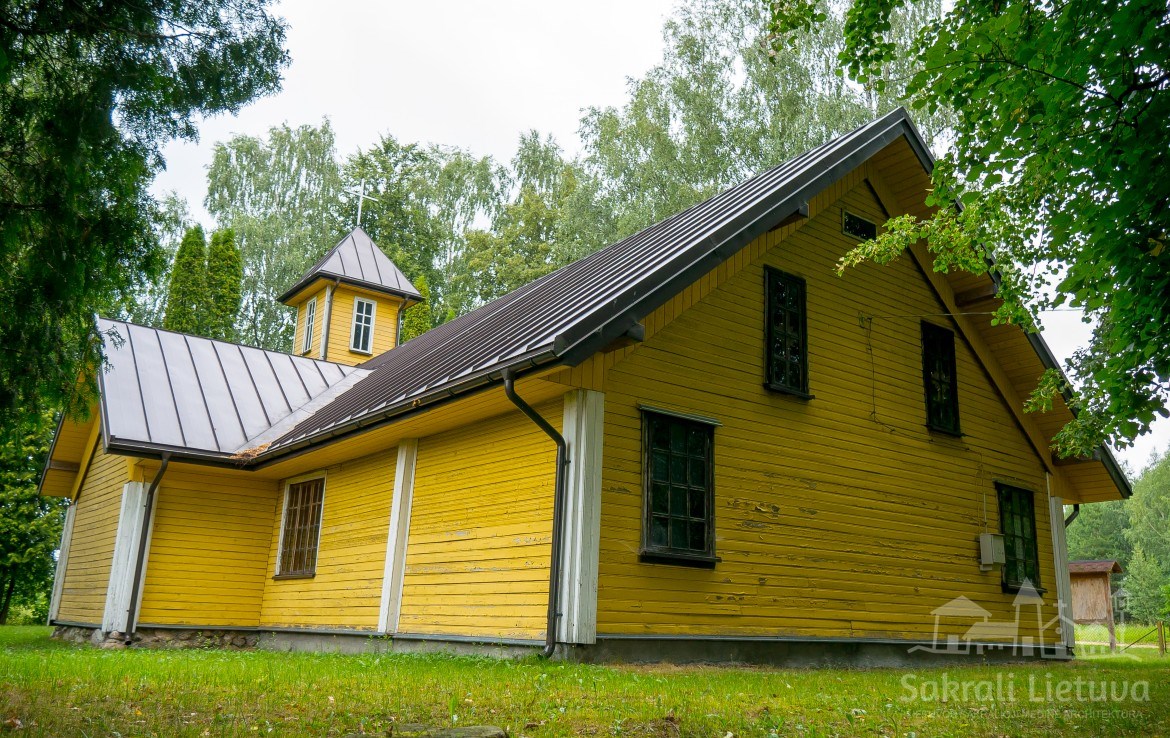 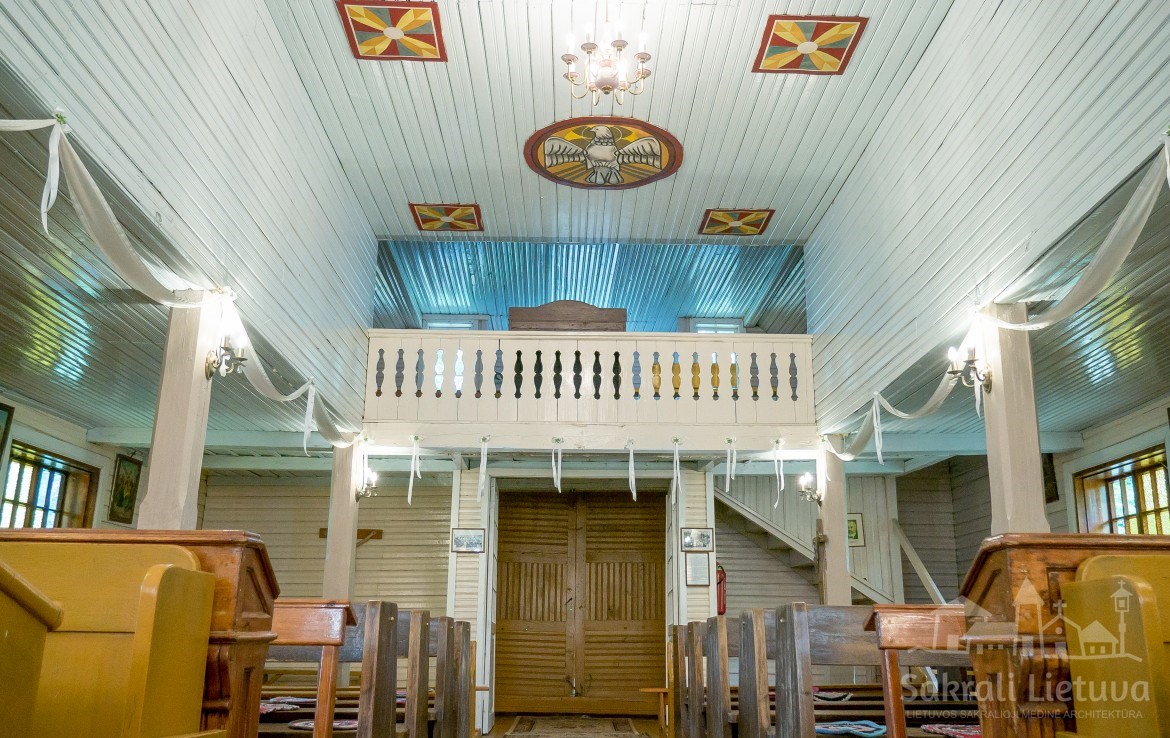 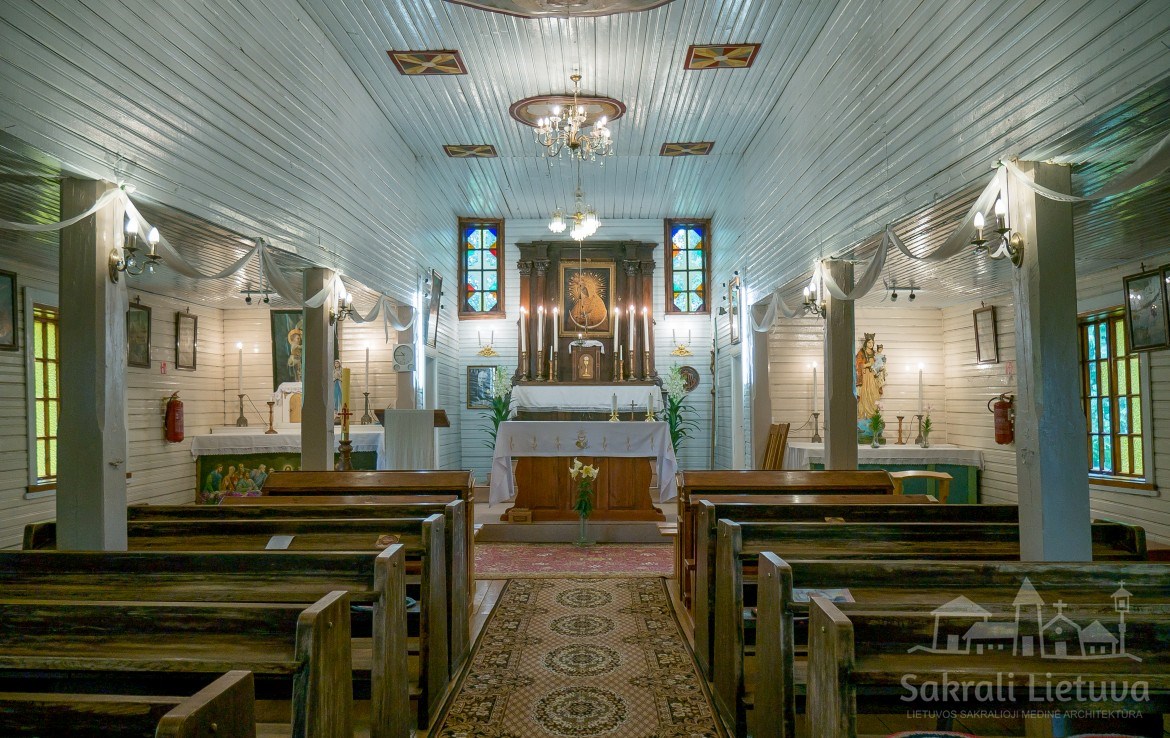