When the priest Vaclovas Giedrius arrived in the environs of Vosiūnai in 1919, the idea came into his mind to establish a parish and build a church near to the town of Kazėnai. The Bolsheviks upset his plans by burning the materials for the church, and the priest had to go into hiding because of the pending arrest. Only after the situation had changed and Vosiūnai had been given over to Poland, on the initiative of the bishop Jurgis Matulevičius the construction of the church was organised by the priest Juozas Erčius. The Church was built in 1921 and was given the title of the Blessed Virgin Mary. The priest was deported to Lithuania for his Lithuanian patriotic activities. The priest Miškinis worked in his place there; he built the deanery in 1925. The priest who served in the Church later also had problems related to the dissemination of Lithuanianness. For example, in 1937, Baltazaras Budreckas was punished with one-month imprisonment for writing metrics.

The Church of neo-classical style is noted for its unusual proportions. Especially wide naves and roofs of small sloping create a broad and low silhouette of the Church. The Church is of pseudo-basilic volume, of a rectangular plan, and has three naves. A low and narrow presbytery with a three-wall apse and low vestries on the sides is attached to the main volume. The roof of the Church is covered with roofing iron, it is composite: central, higher naves have a gable roof, that of the side naves is mono-pitched and the roof of the apse is a three-sided sloping one. A massive portico of four poles with wider footstall decorates the main façade. Quadrangular poles support a wide entablature with a low pediment. A round bay window is incorporated in the pediment gable. A large ornamented cross adorns the centre of the pediment and its sides are adorned with smaller crosses. A small quadrangular turret with a cross is placed on the ridge of the apse. The door of the main façade is wide and two-leaved. A semi-circular bay window is in the centre of the trapezoidal pediment, small windows on the sides are quadrangular. The side facades are divided by lisenas, decorative windows of the naves are inserted between them. Quadrangular windows have surrounds of semi-circular arches, with fine segmentation of glass. The church is boarded vertically up to the windows, further it is boarded horizontally.

Neo-classical style prevails inside the Vosiūnai Church of the Blessed Virgin Mary. Semi-sircular arches with decorative piers separate the naves. The central nave is also separated from the presbytery by an arch.

A one-tier quadrangular belfry tapering a little towards the top with a four-sided sloping bent capping and a large ornamented cross is built on a tall foundation in the churchyard. Quadrangular acoustic openings are at the top of the belfry. The door of the belfry is boarded herring-cross. 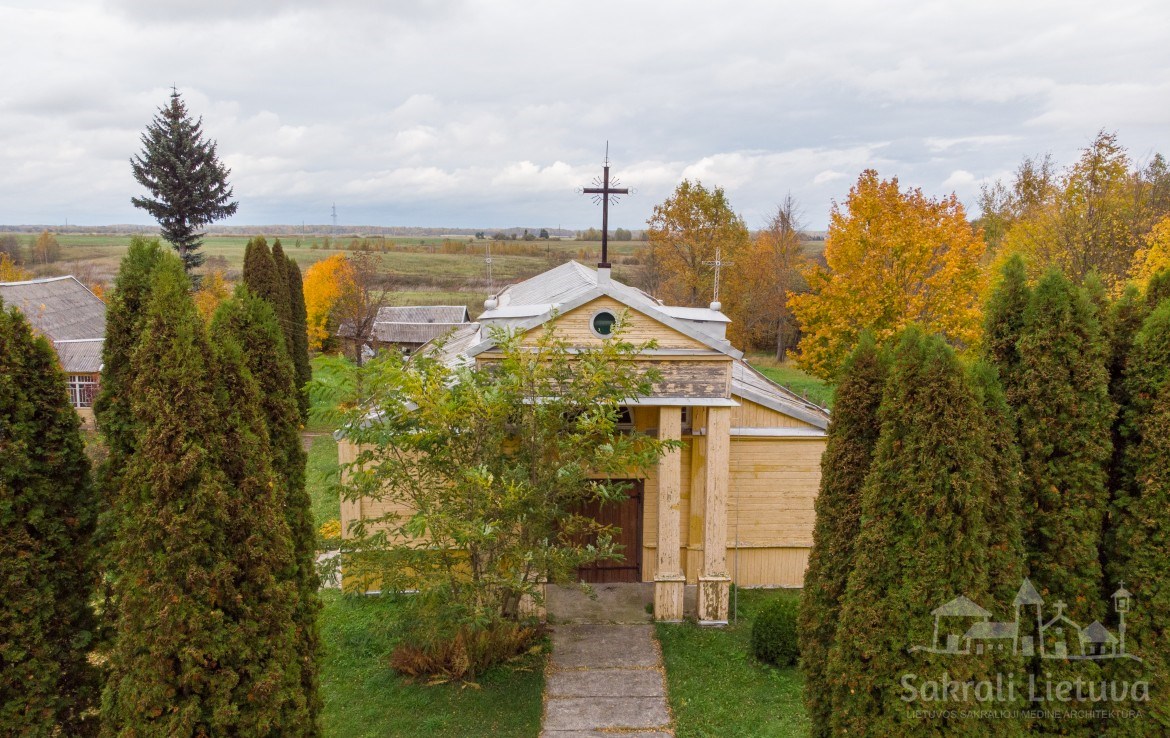 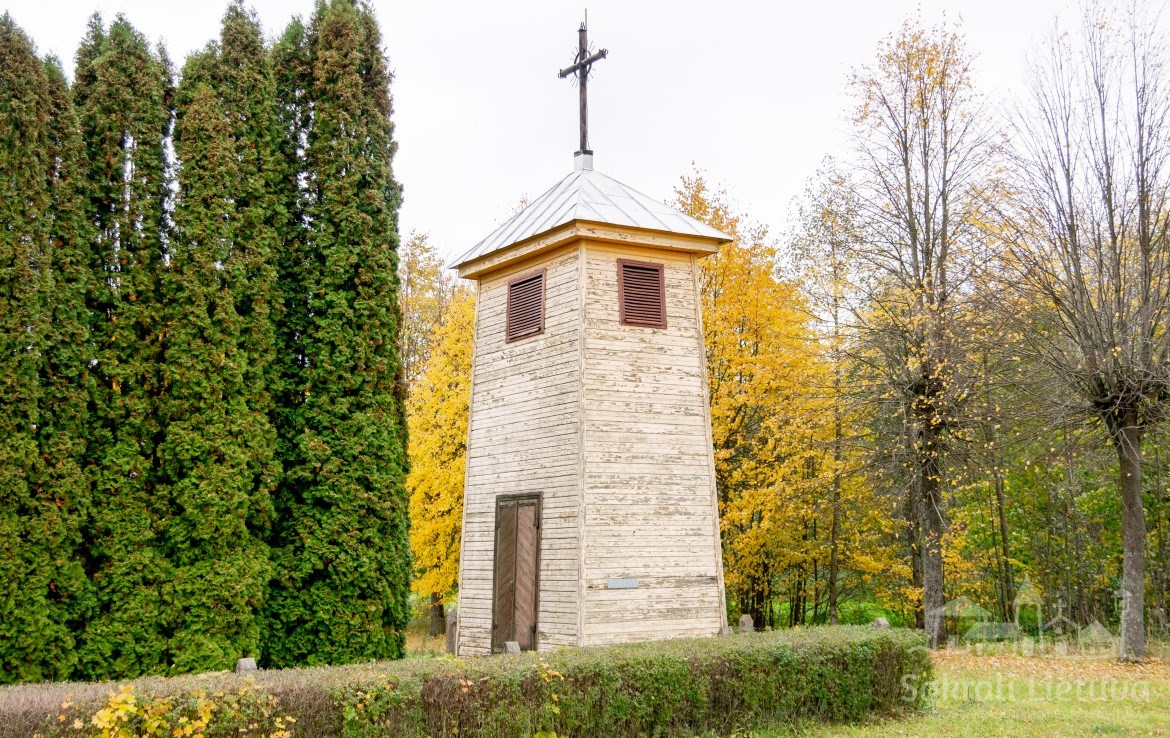 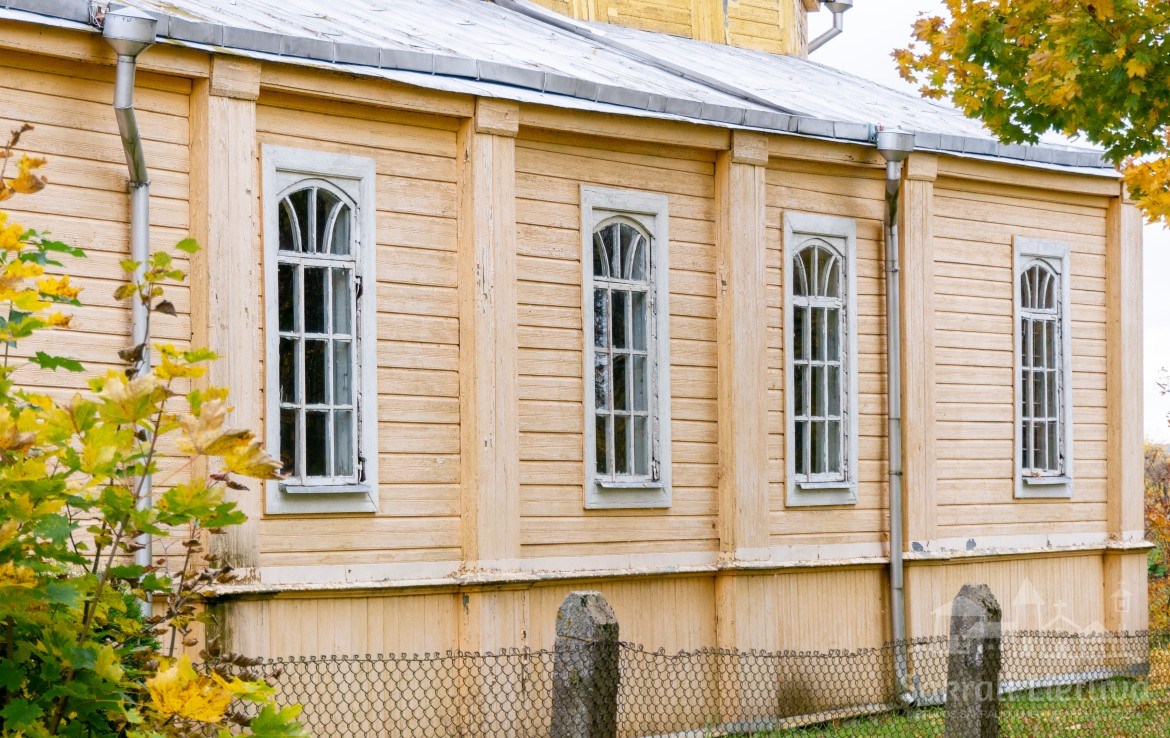 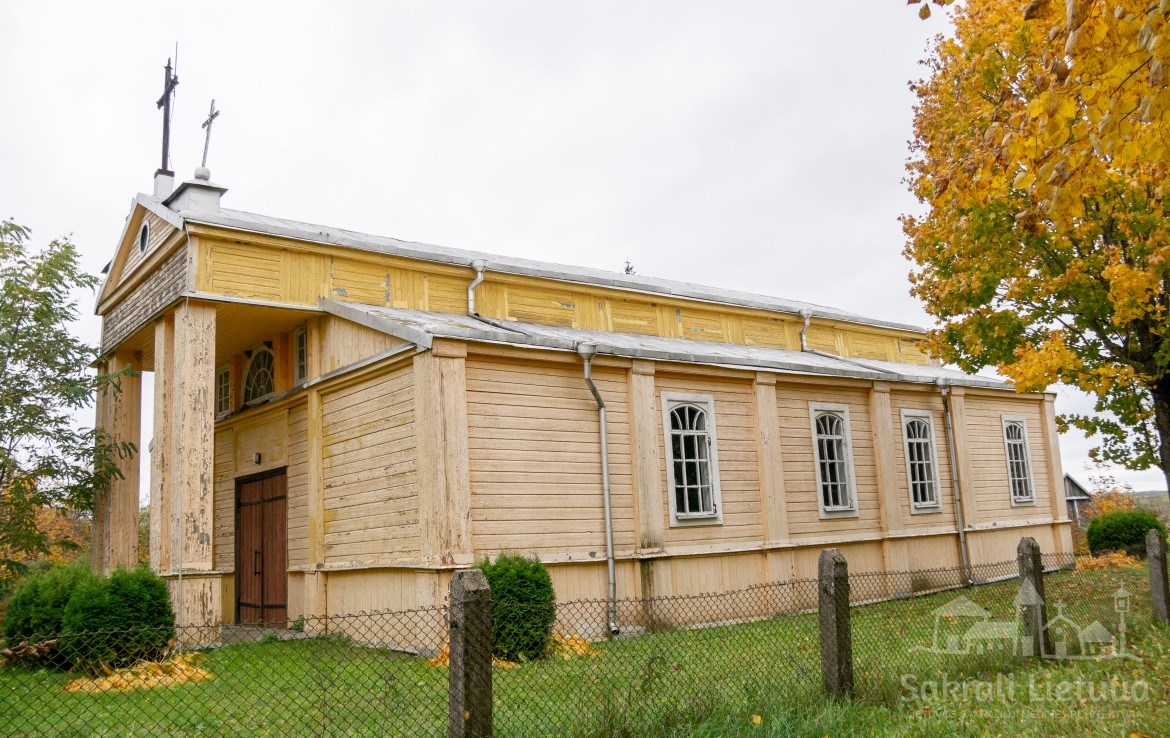 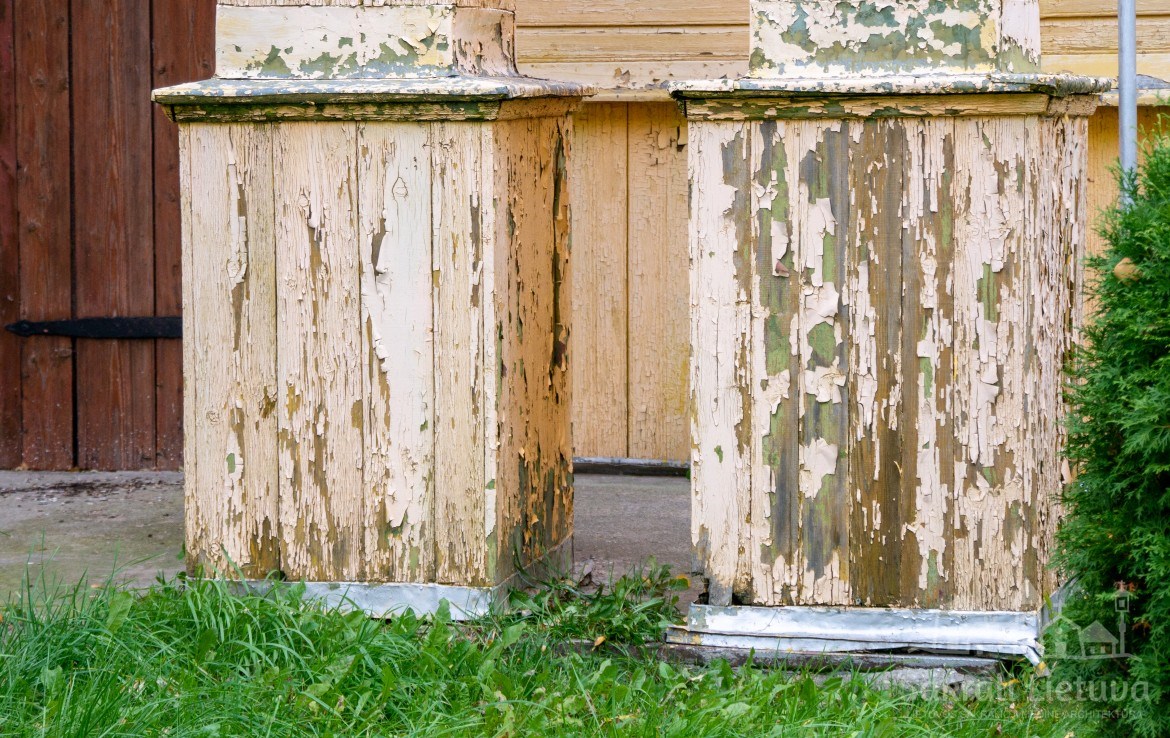 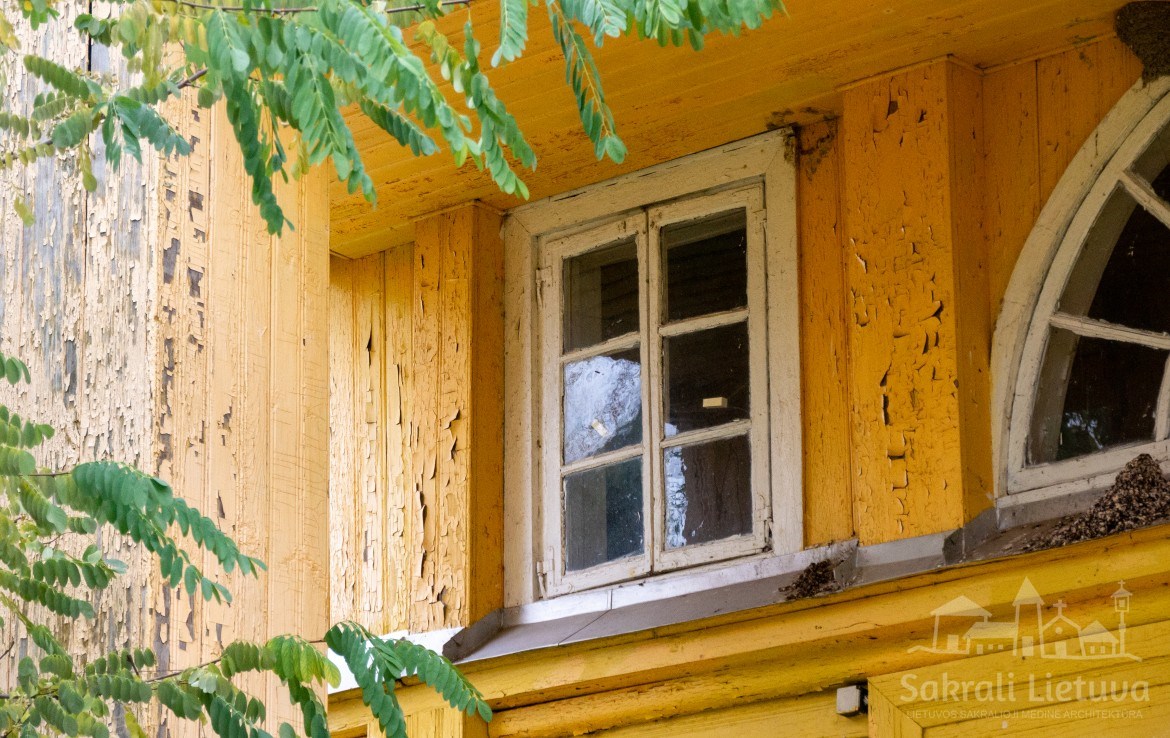 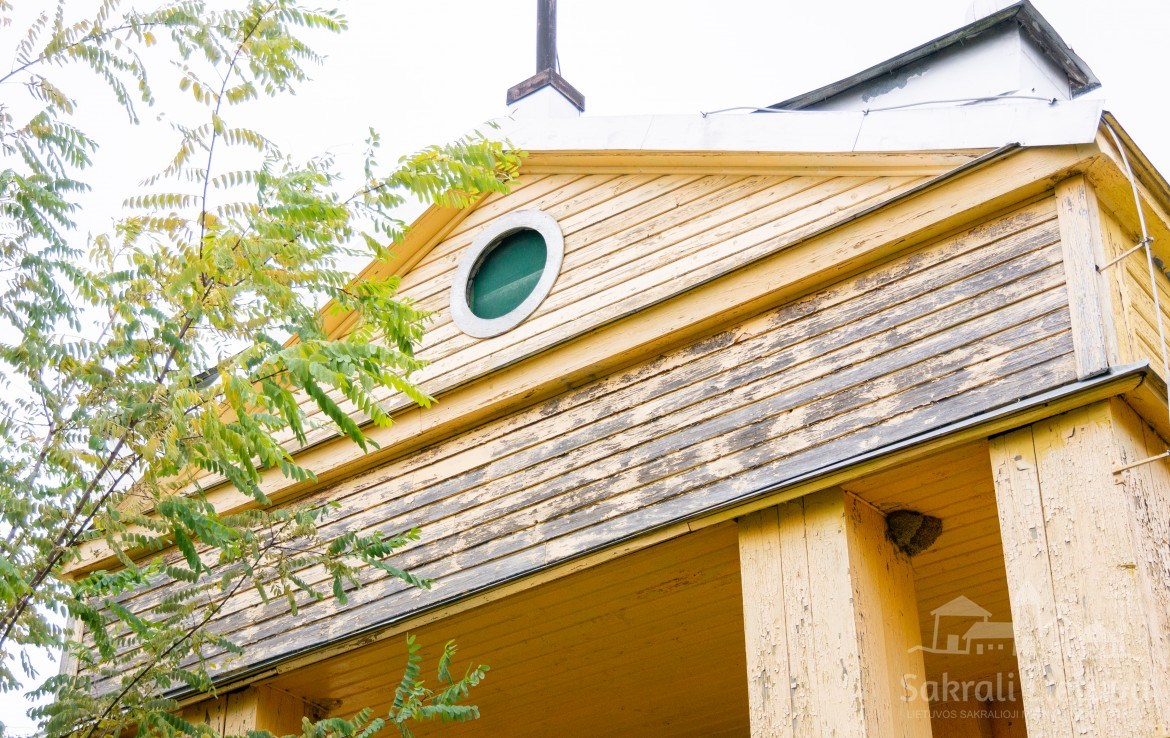 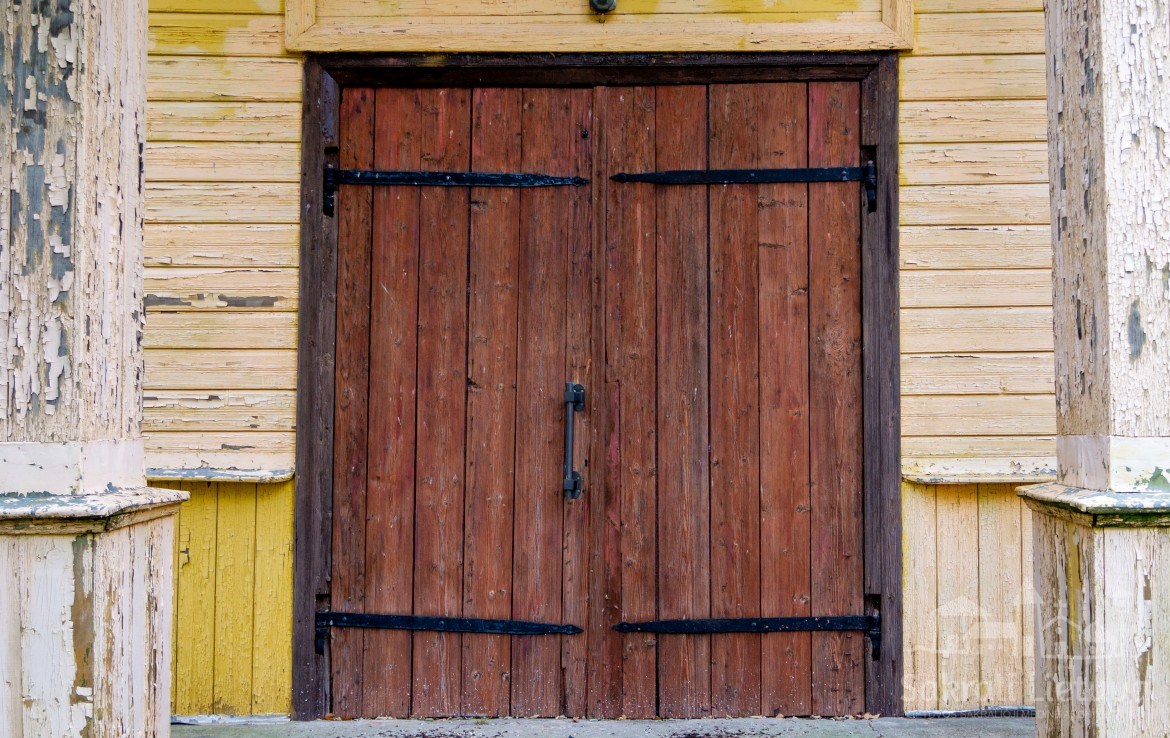 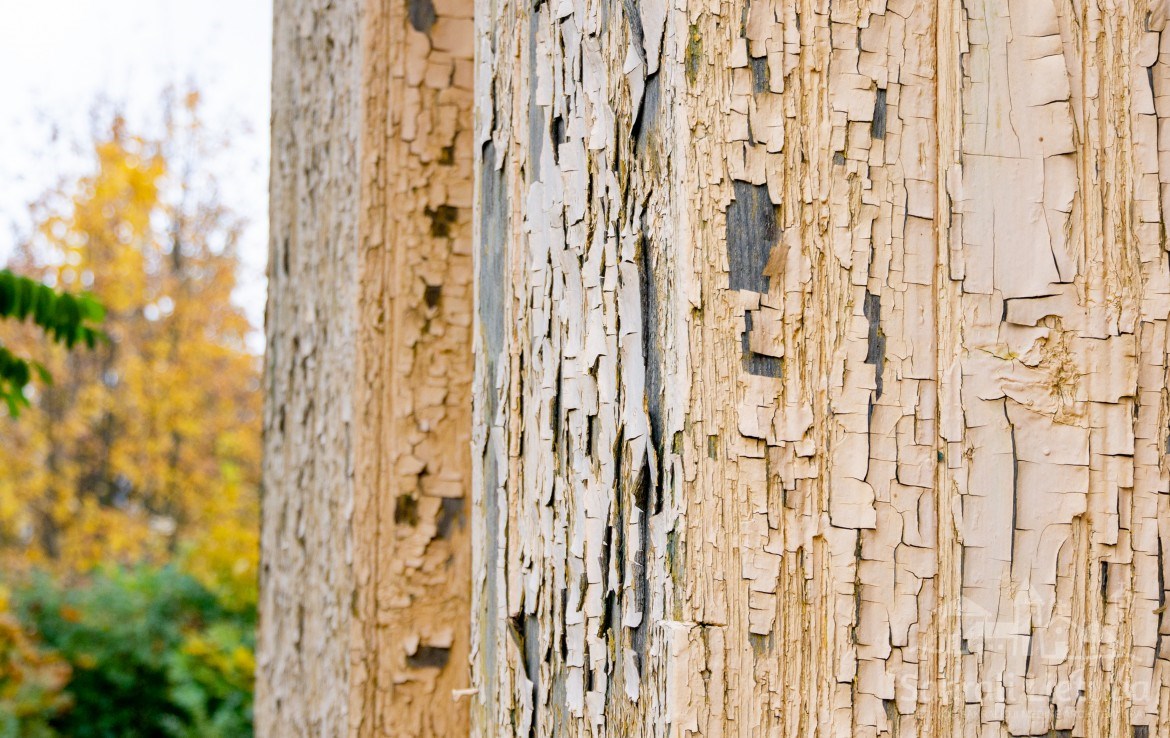 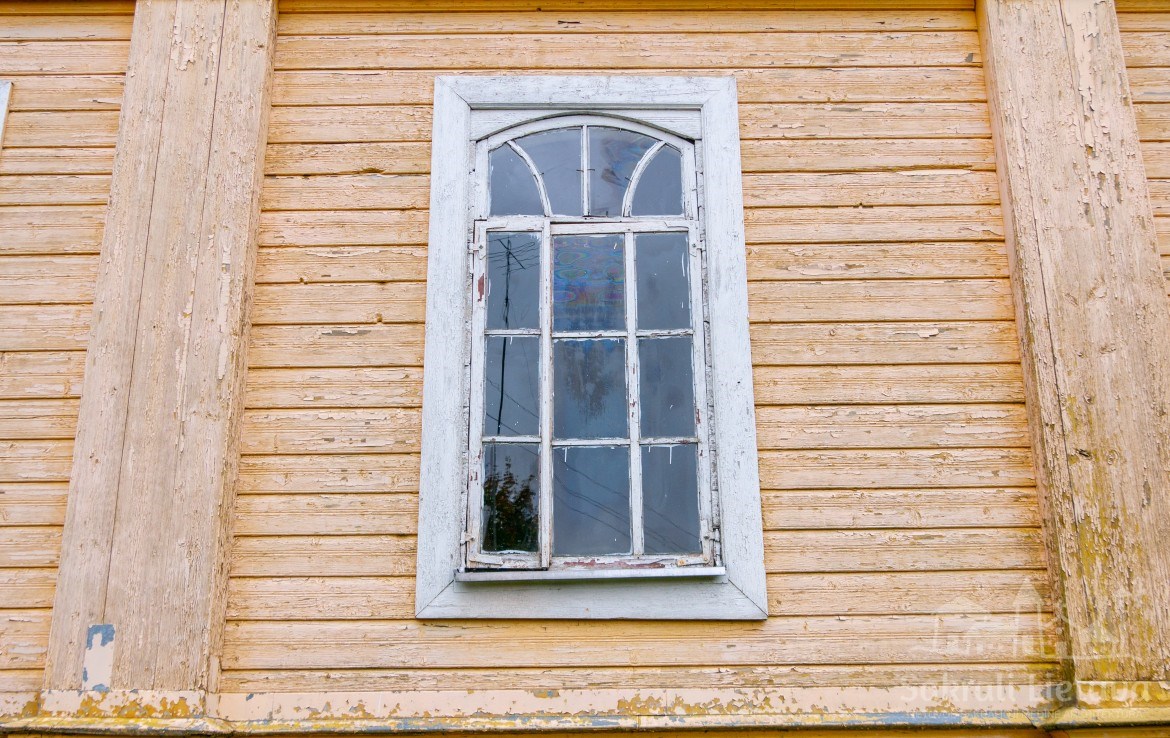 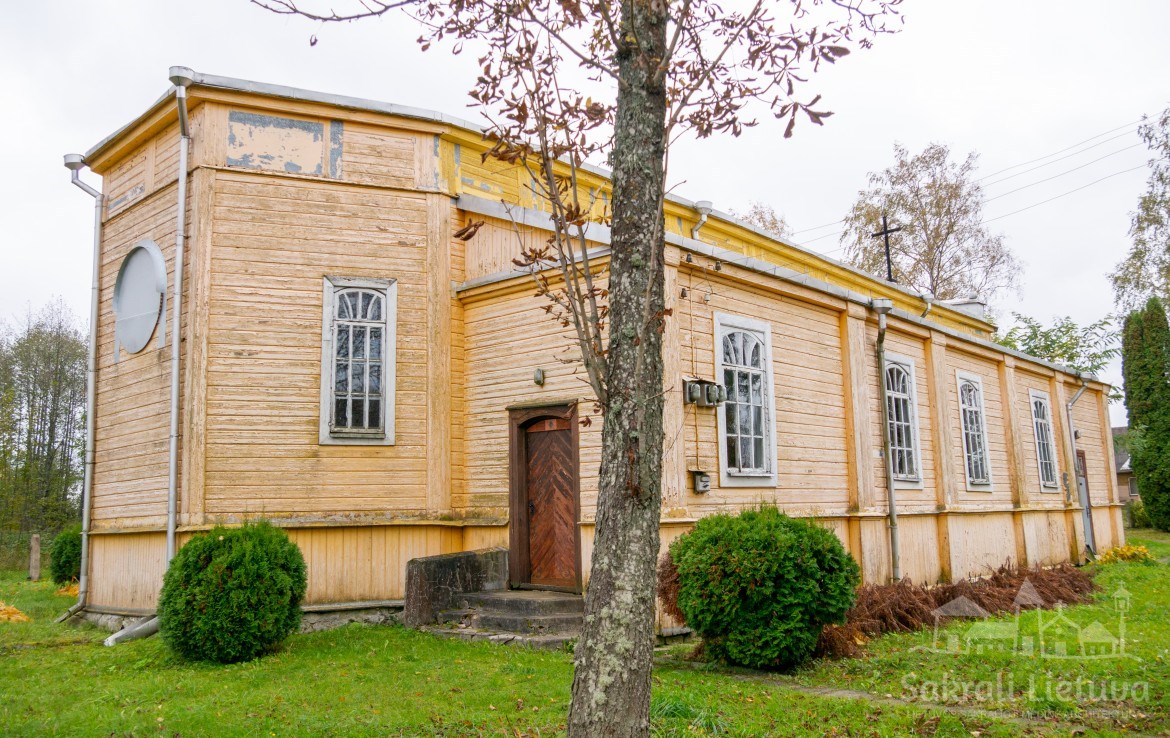 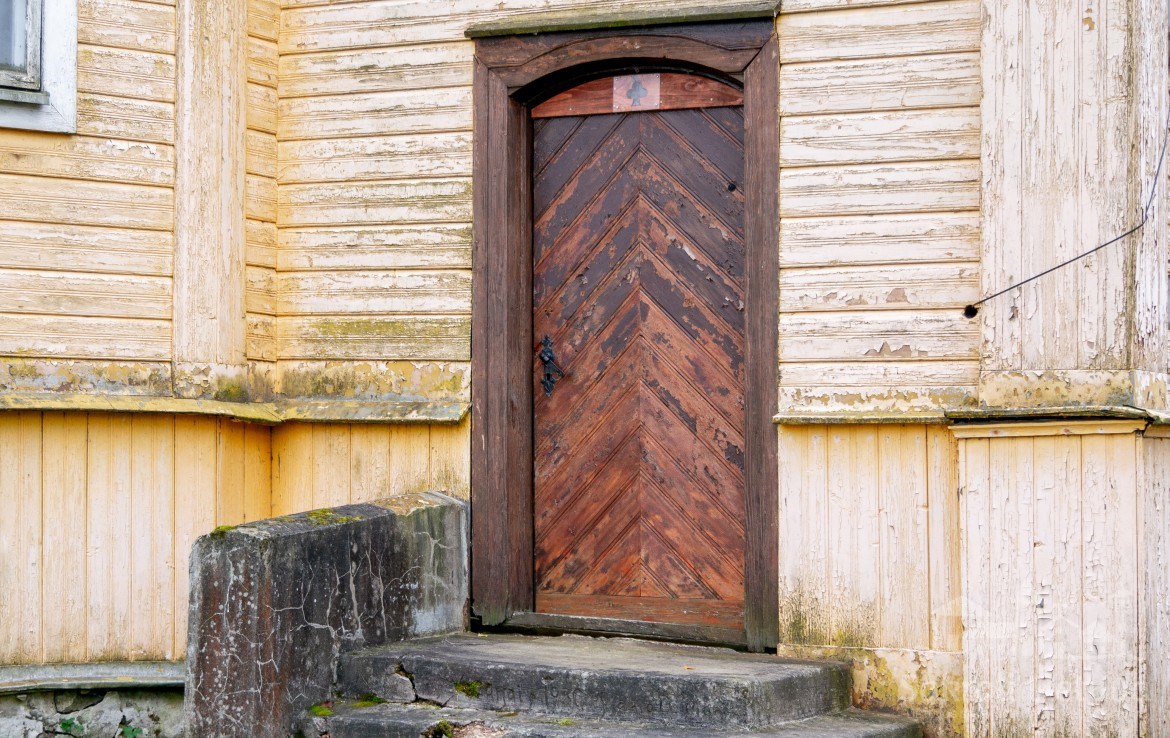 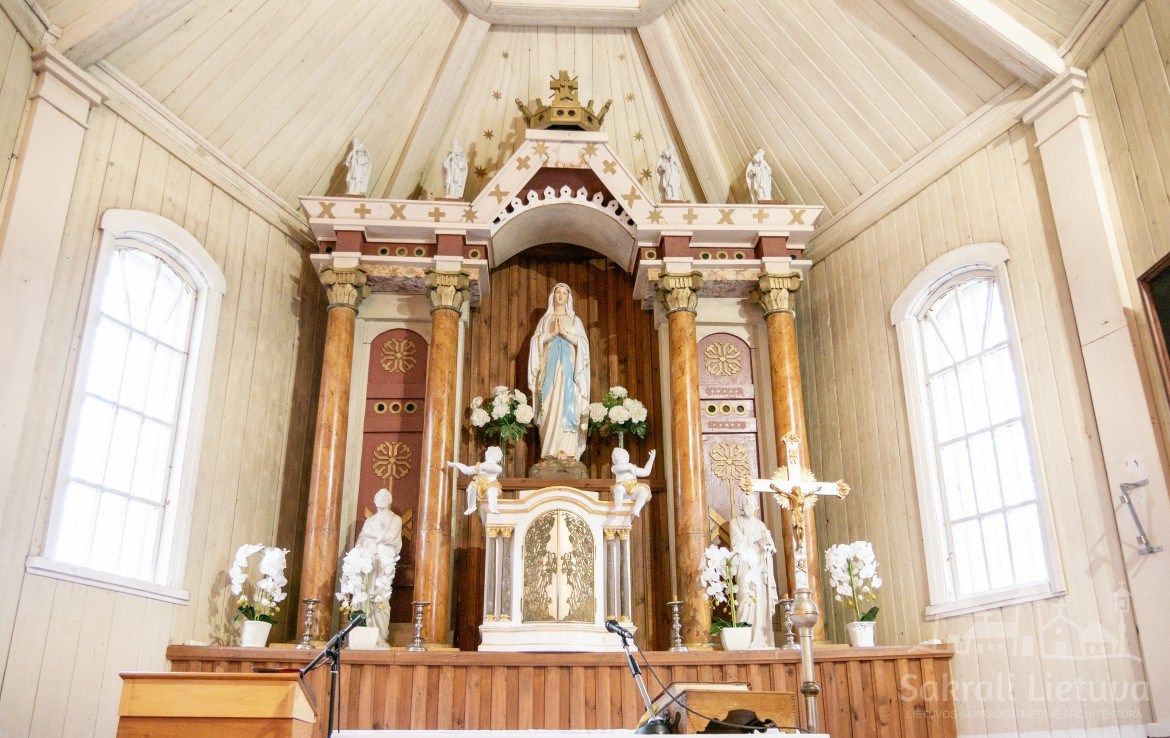 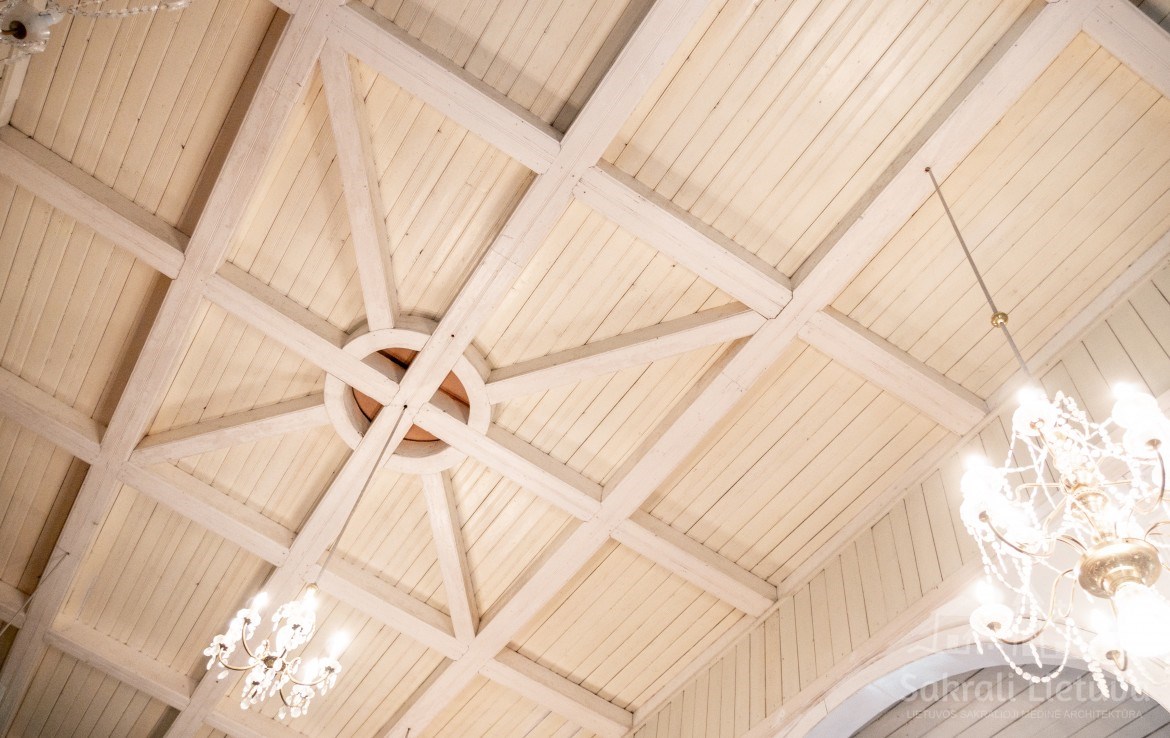 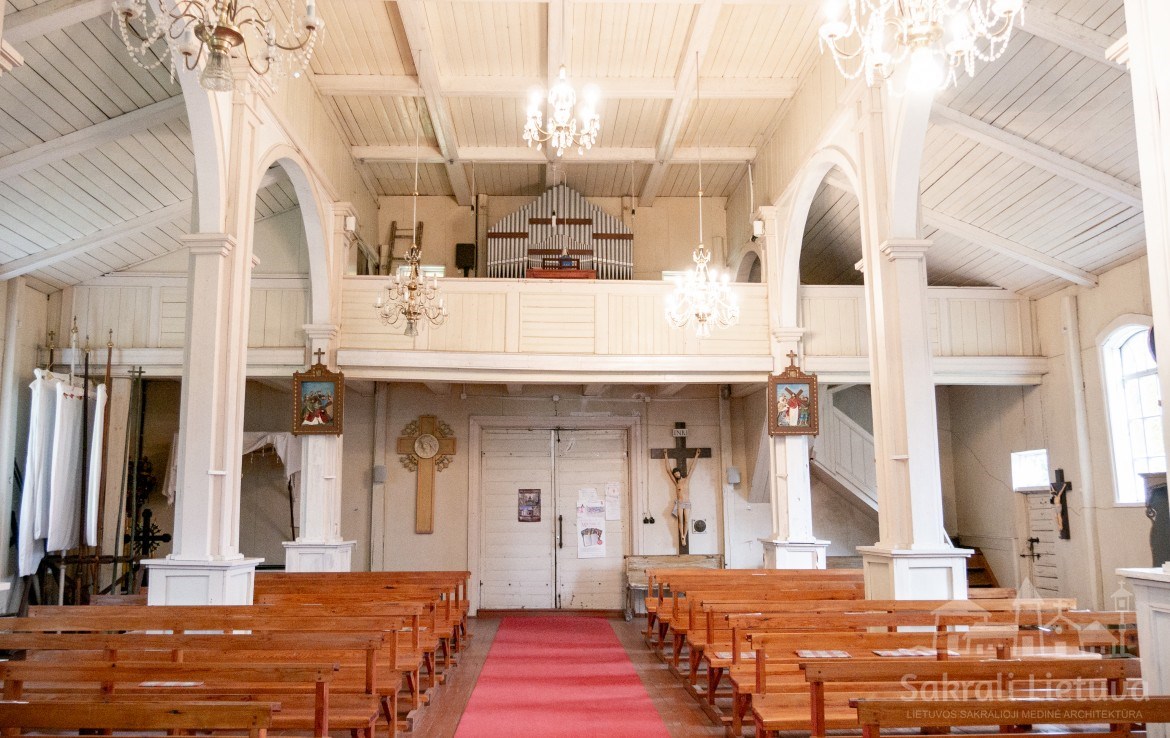 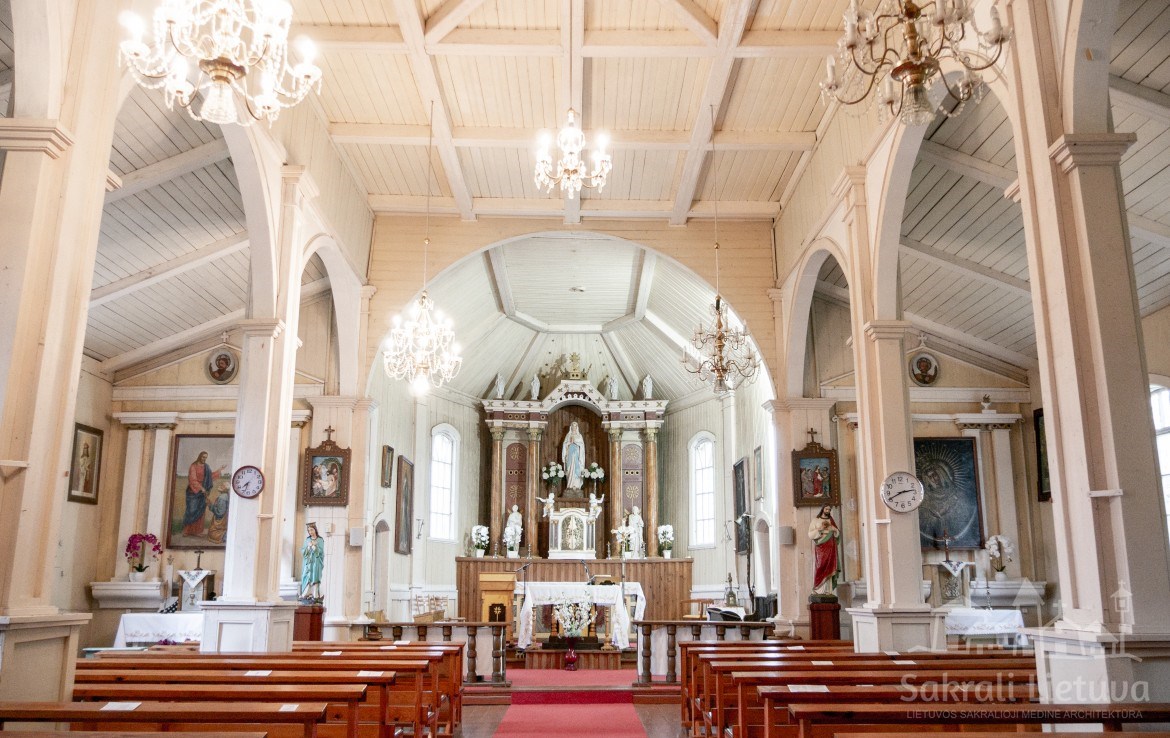