Church of St. Apostle Evangelist Matthew and Belfry of Veiviržėnai

The Church of St Apostle Evangelist Matthew in Veiviržėnai was built in 1767-1769, its building was funded by the nobles Ogiński. In 2009, according to the design created by P. Ramonas, the façade was renovated, the roofing was replaced: the shingle covering characteristic of traditional Samogitian architecture of that time was replaced with roofing iron.

Baroque features and forms typical of folk architecture prevail in the buildings forming the sacral ensemble of Veiviržėnai. The Church that is oriented towards north-east is of a rectangular plan with a separated narrower part of the presbytery and the apse and the vestries located on its both sides. The foundation of the building is made of stone, the walls are made of logs, boarded with vertical battens with planks covering the joints, the roof construction is wooden, made of rafters, and wooden cornices adorn the facades. The inside and outside windows, as well as door openings, are rectangular ending in circular arches, only in the north-eastern façade there are three round openings with inserted round bay windows. A tall triangle pediment and a quadrangular two-tier tower complete the main façade of elegant proportions. Until 1930, there was an expressive baroque turret, which was damaged in the storm. The turret that was rebuilt later is decorated with the ornamented cross forged by a blacksmith.

The high altar and the baroque altar of the left chapel attract attention. The balcony sticking out in the middle and exquisitely carved verges that support the beams under the ceiling add diversity to the organ choir. The wooden fence of the organ choir septum has turned balustrades.

One of the more attractive features of the interior is painted elements of mural and ceiling décor, and painterly altars. Painterly performed imitations of plaster reliefs of coffering, cornices, window surrounds catch the eye. The small altars on the southwest side are also painted. Such illusionary painted altars were highly popular in the 18th – the first half of the 19th century; however, they were rapidly disappearing and have hardly survived up to the present day.

Next to the Church there is a brick belfry dating back to the second half of the 19th century; it is incorporated in the wall of the churchyard. A massive two-tier construction of a quadrangular plan built of broken stone is attributed to traditional folk architecture. The roof is tiled, the spire on the top of the roof ends in a cross of a primitive shape. 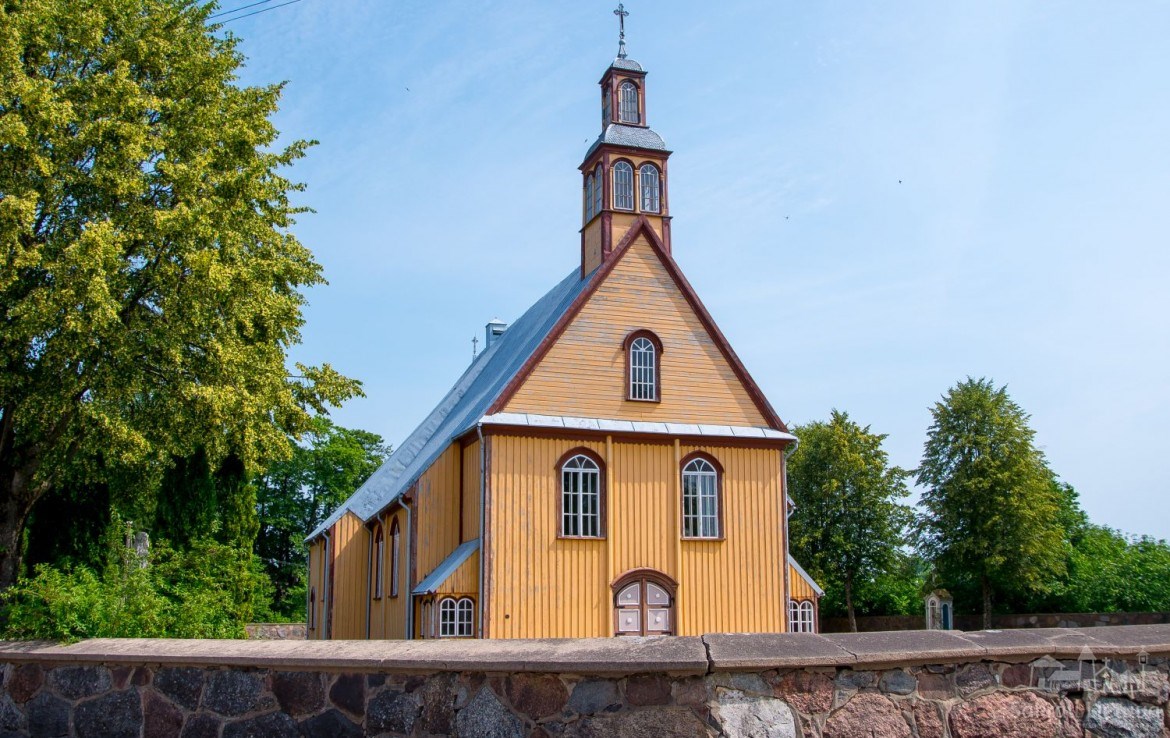 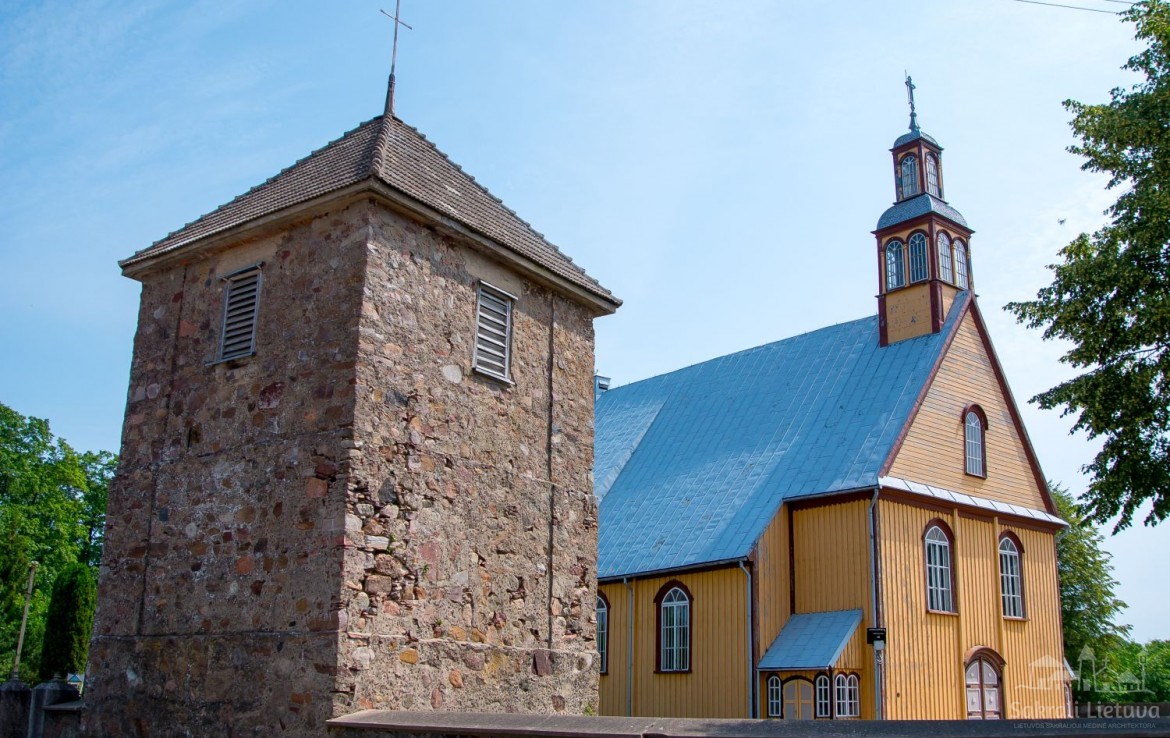 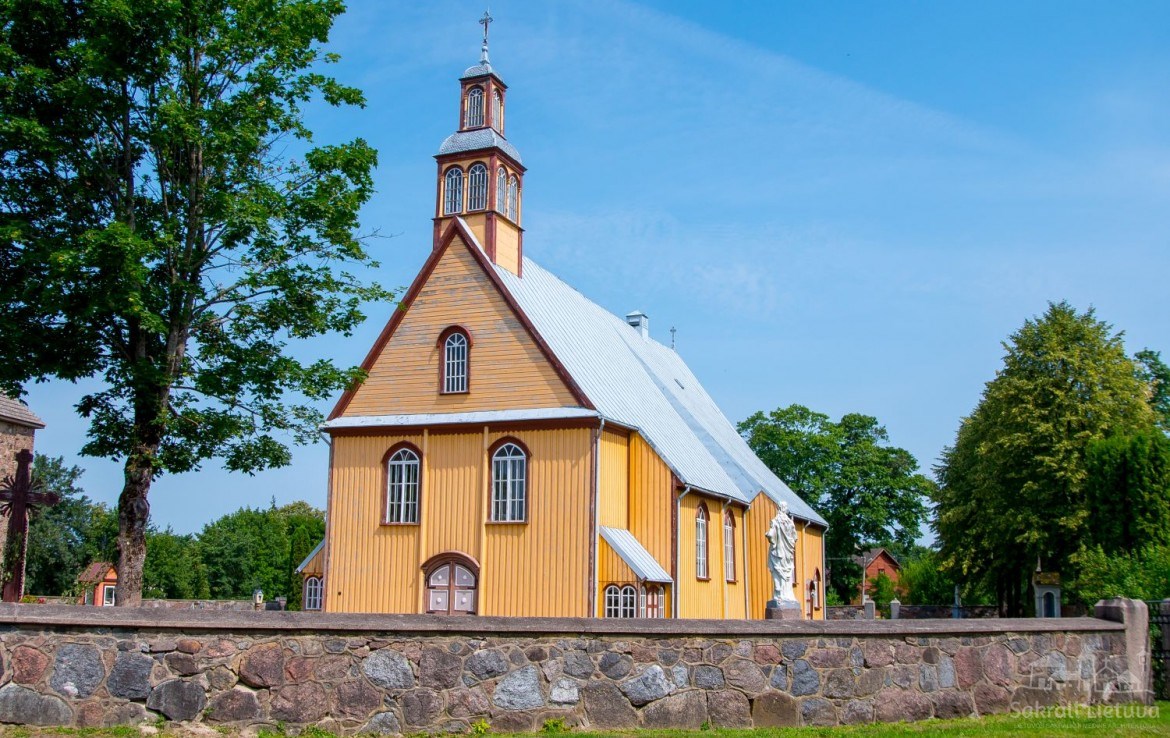 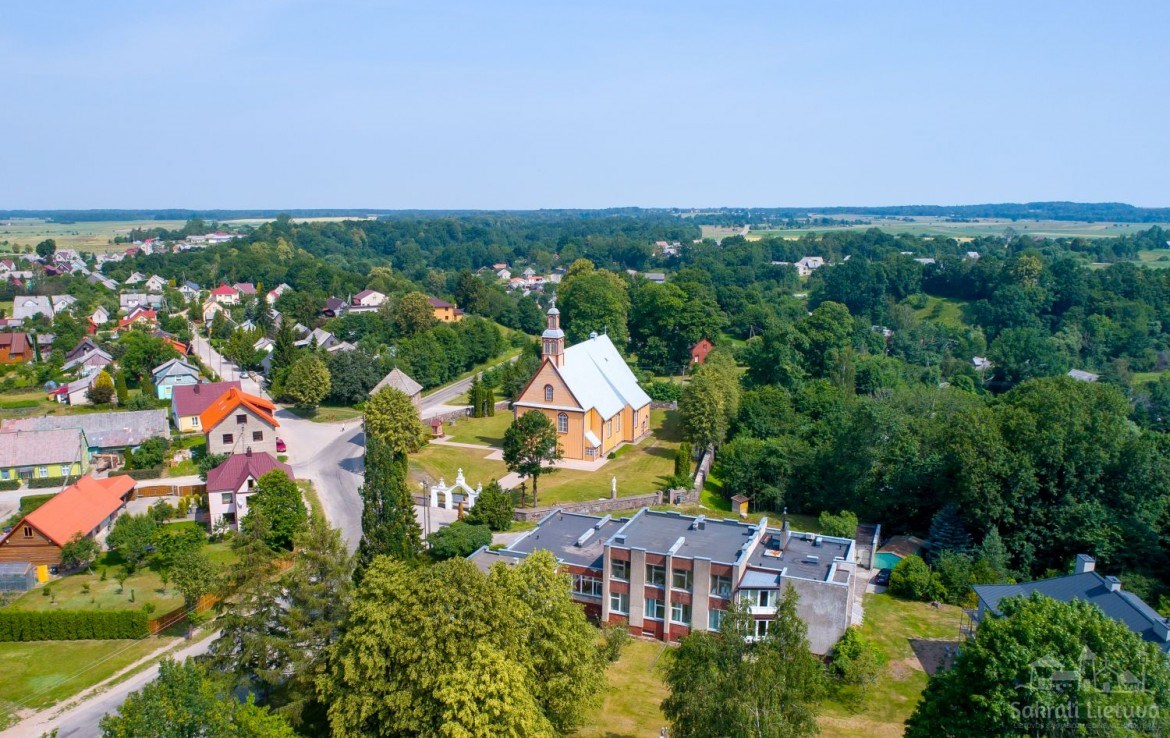 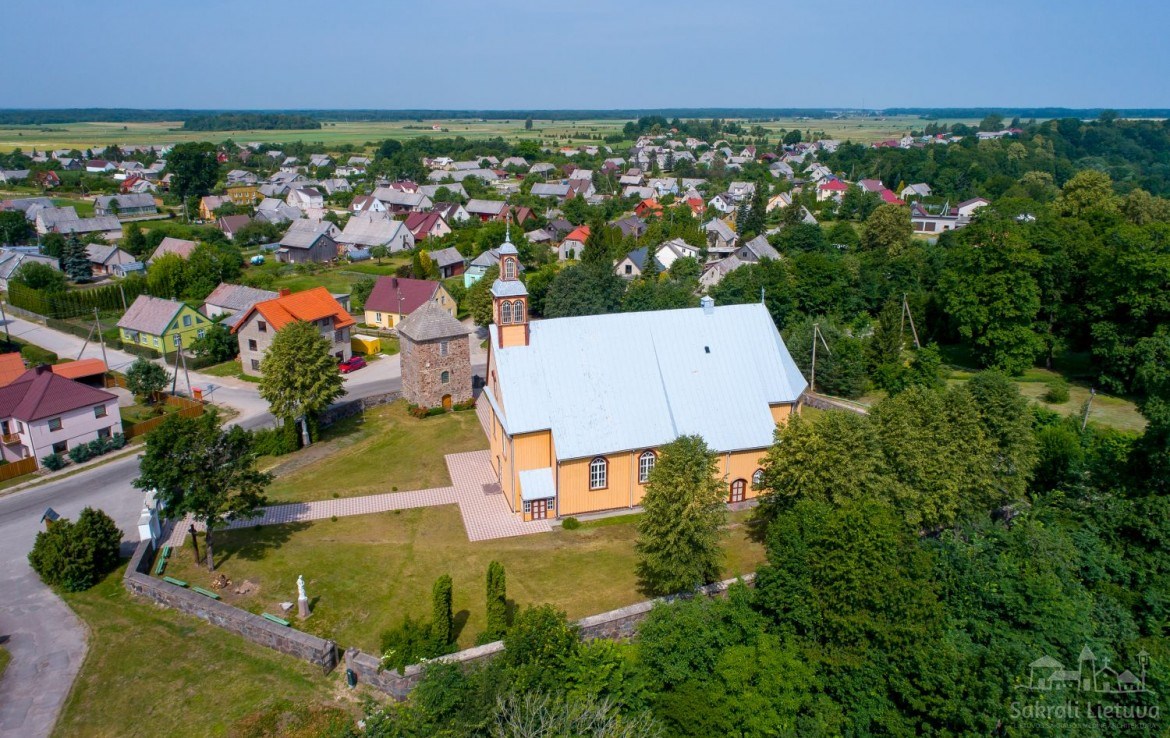 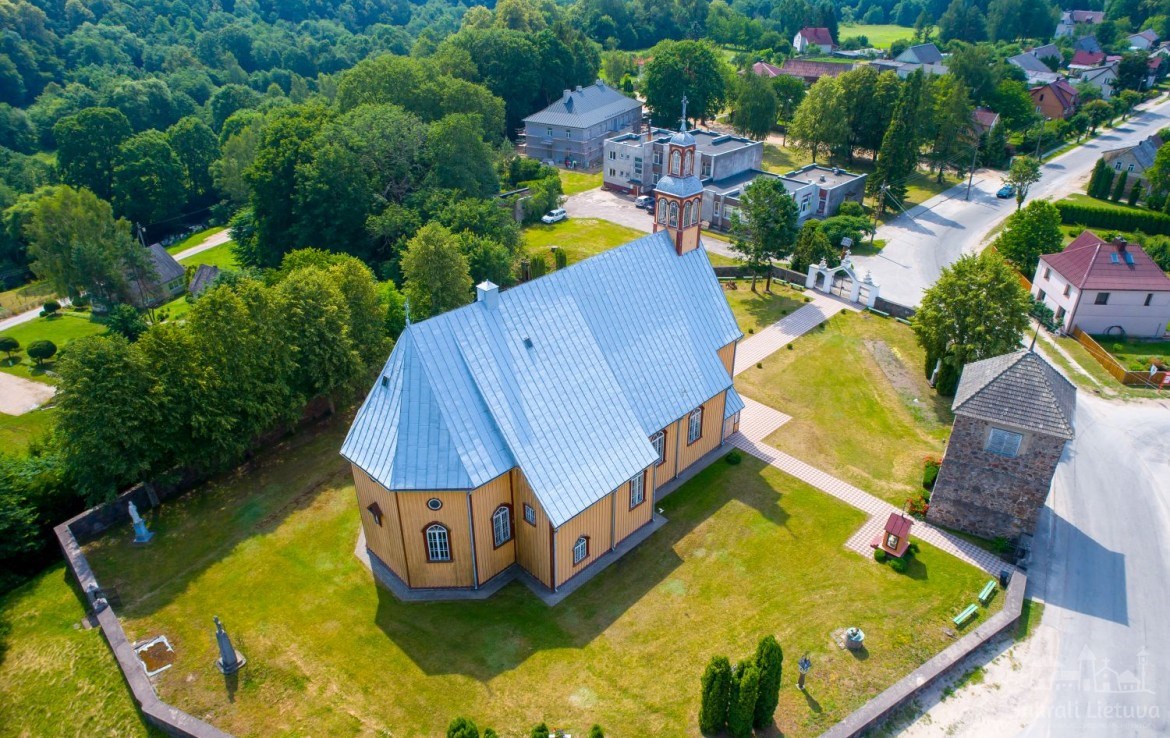 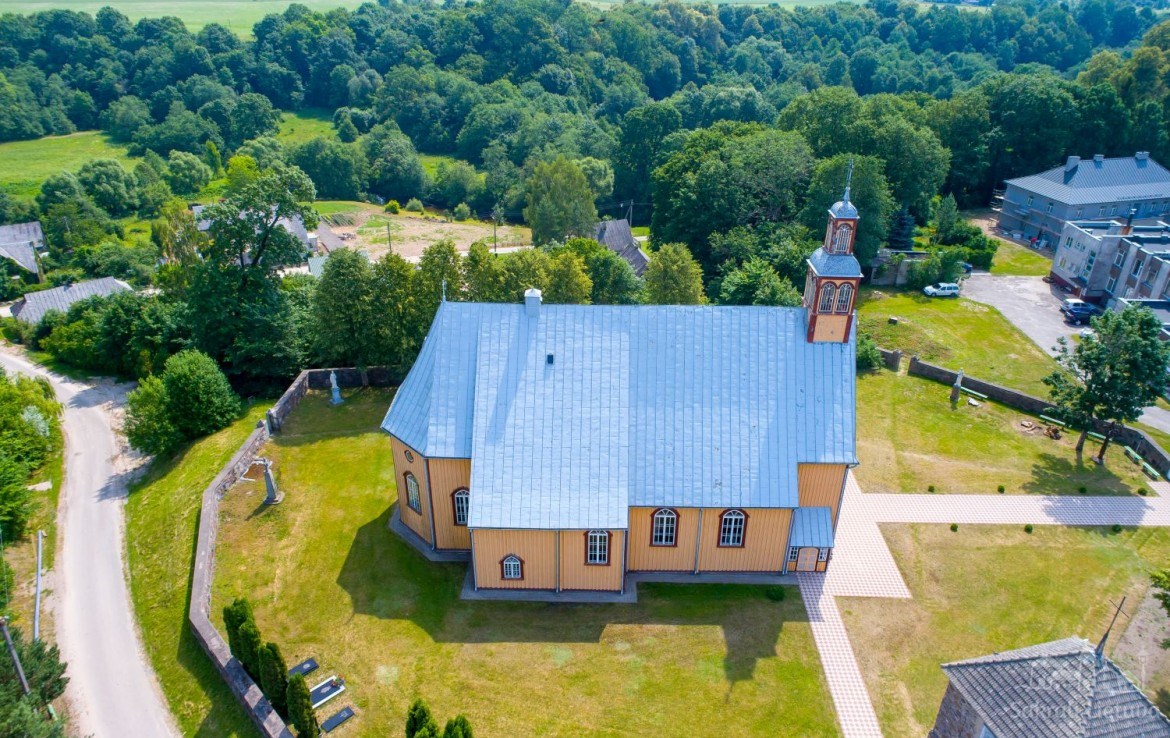 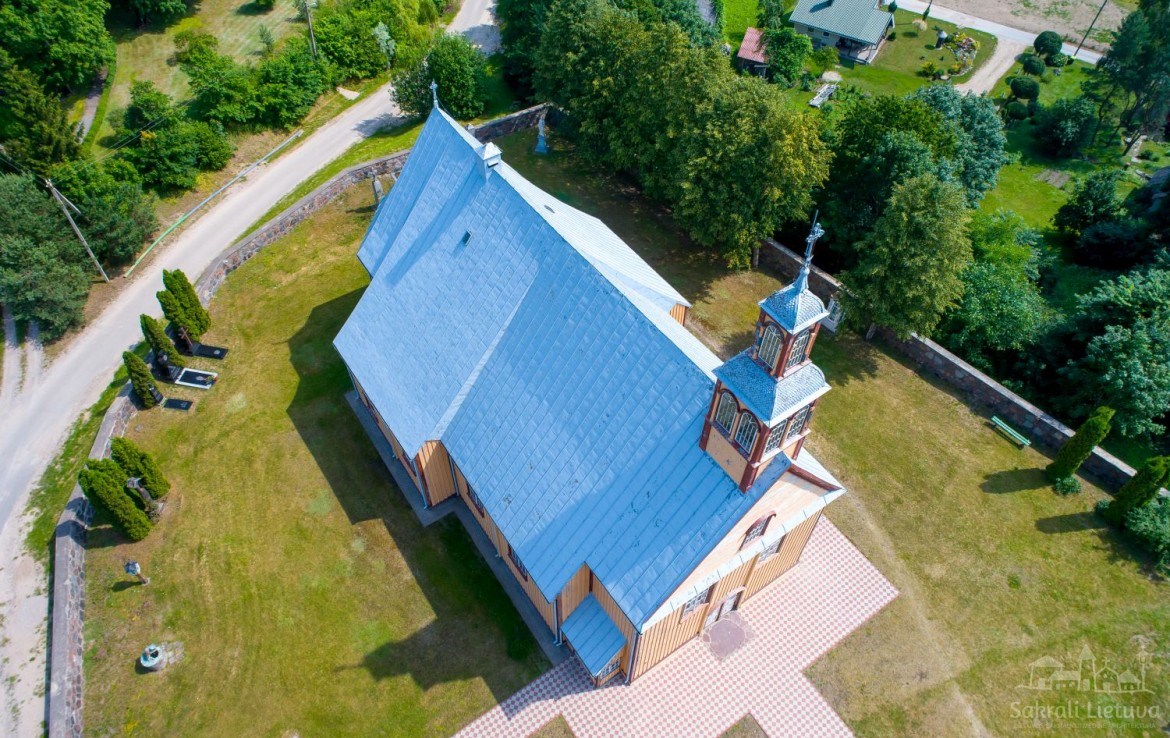 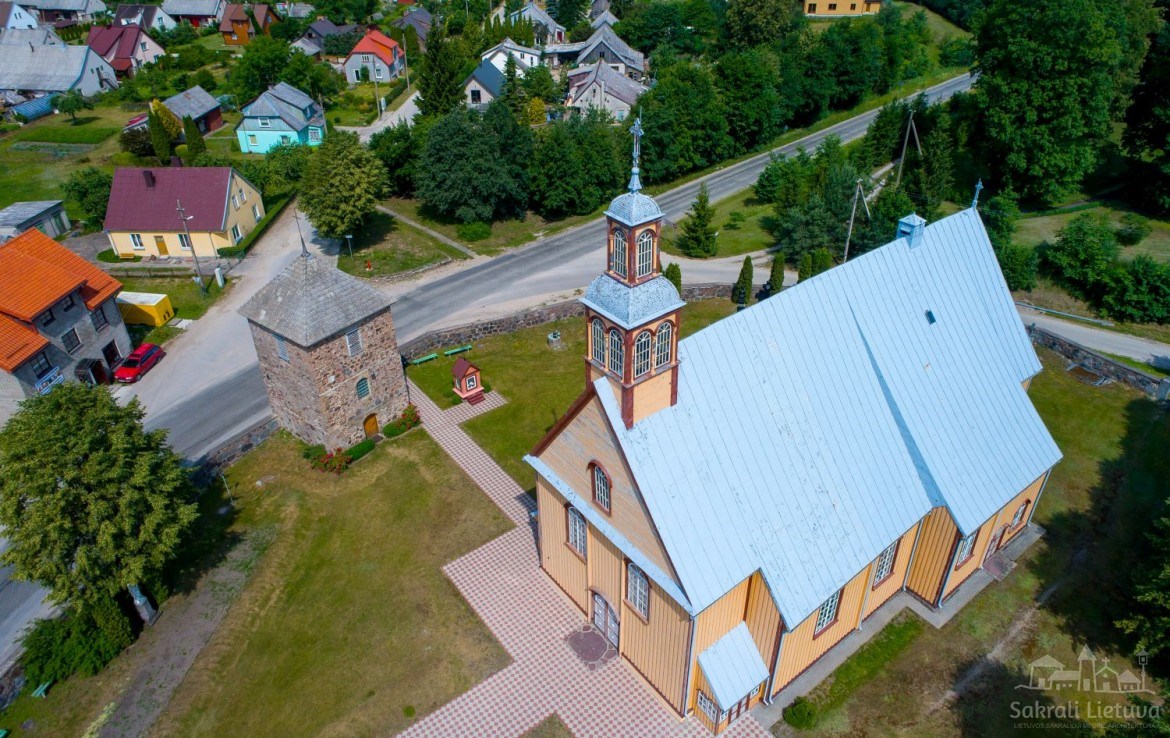 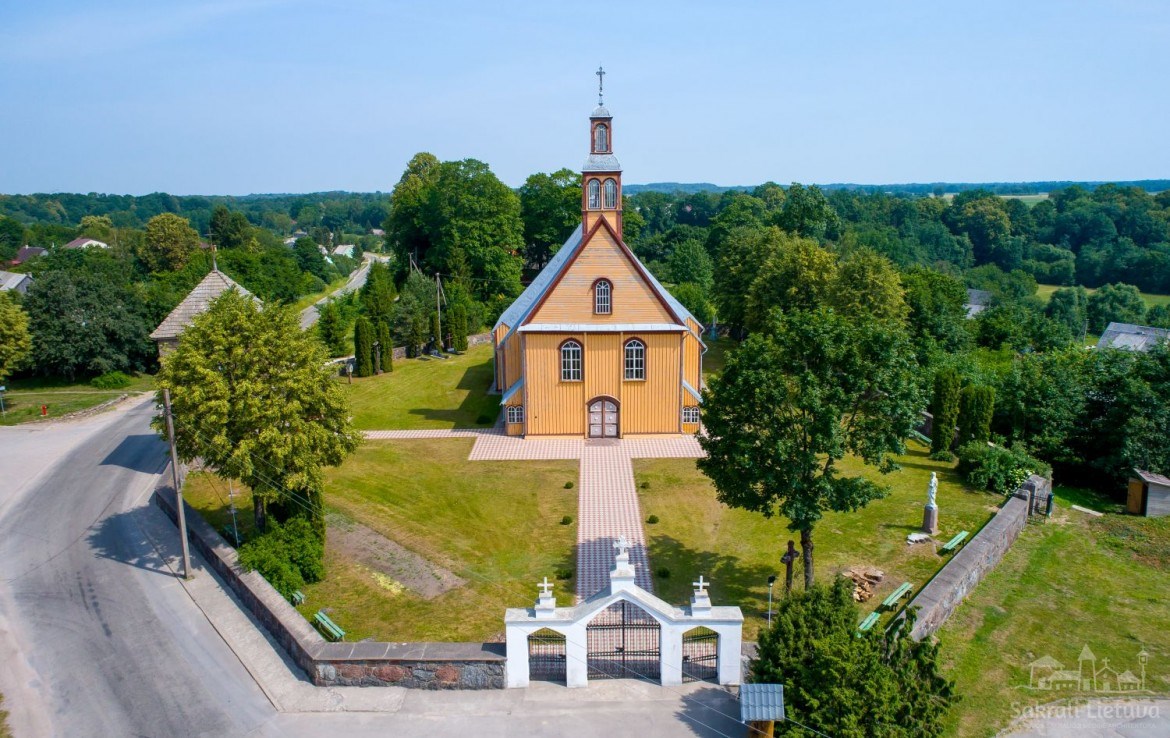 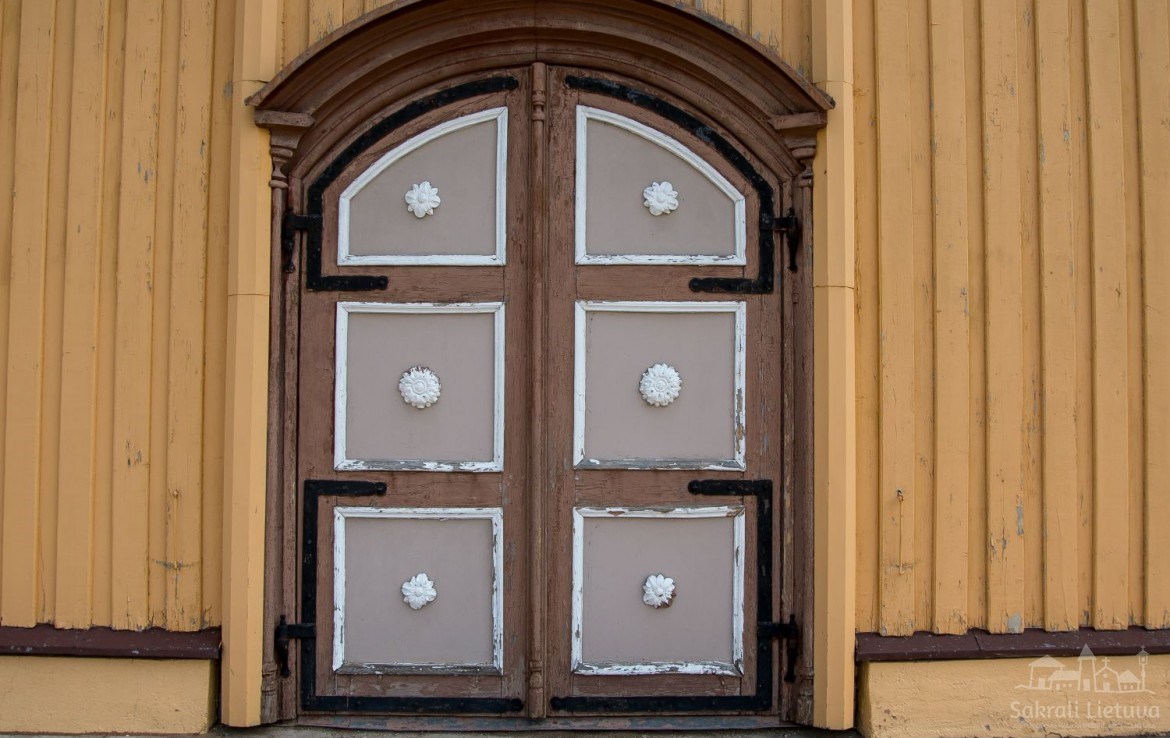 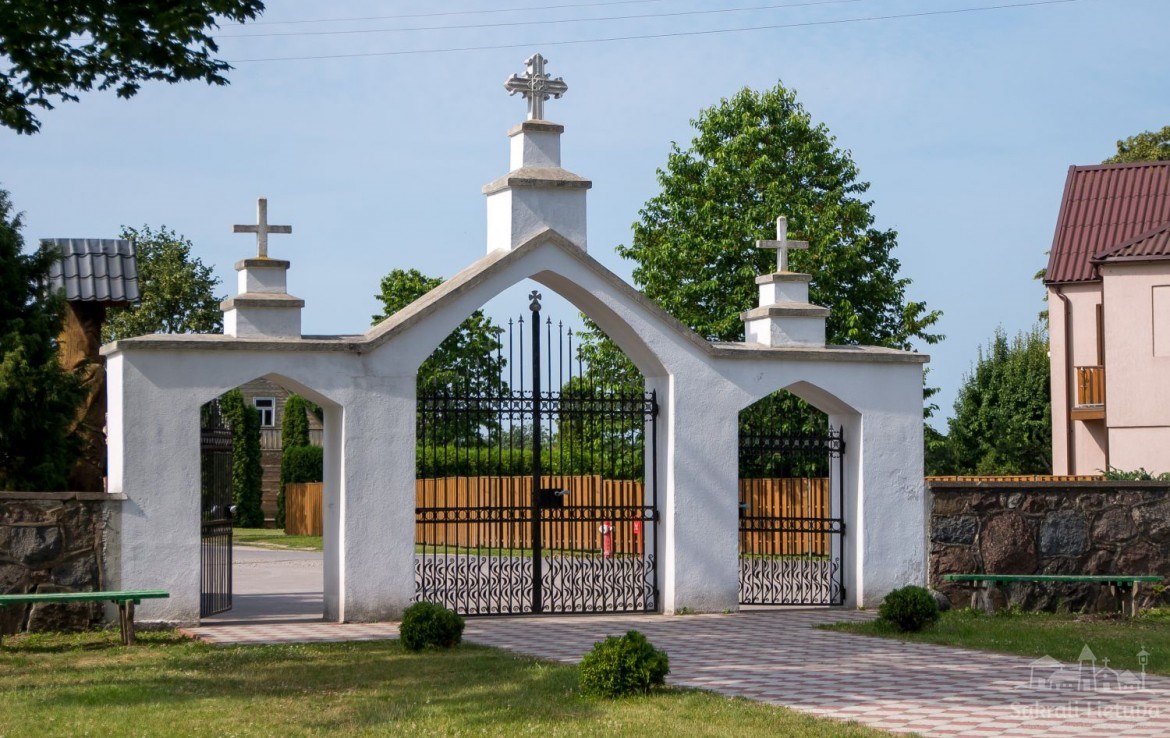 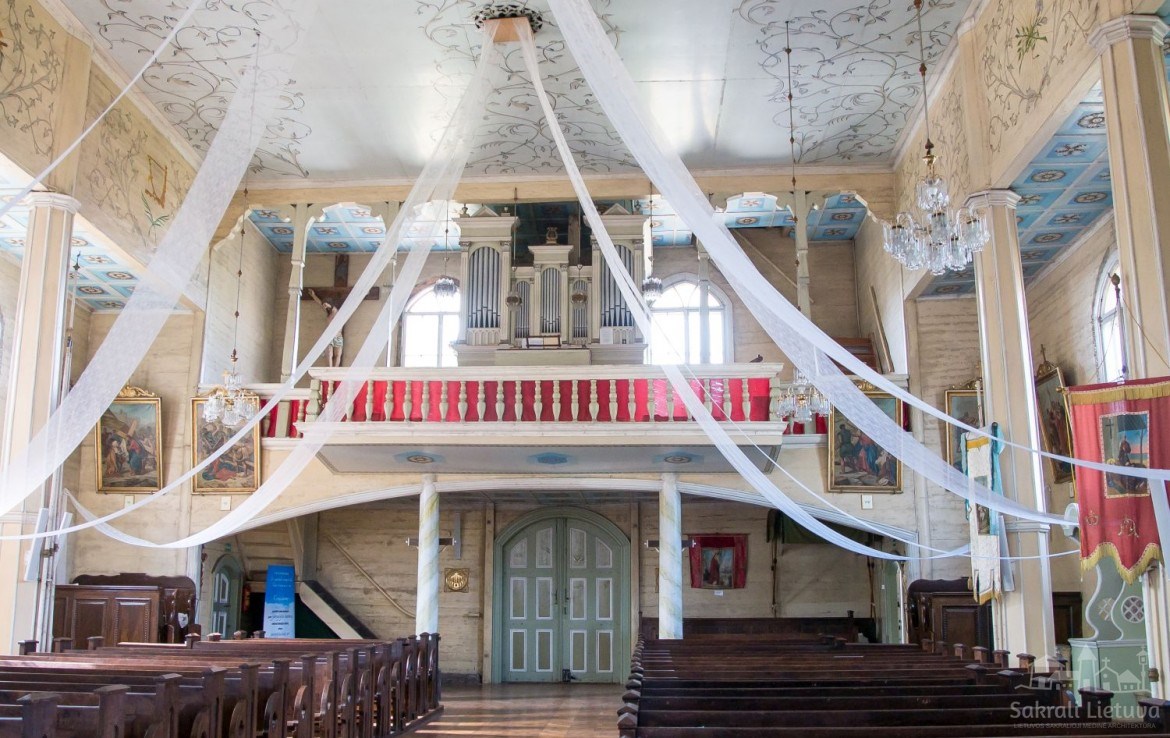 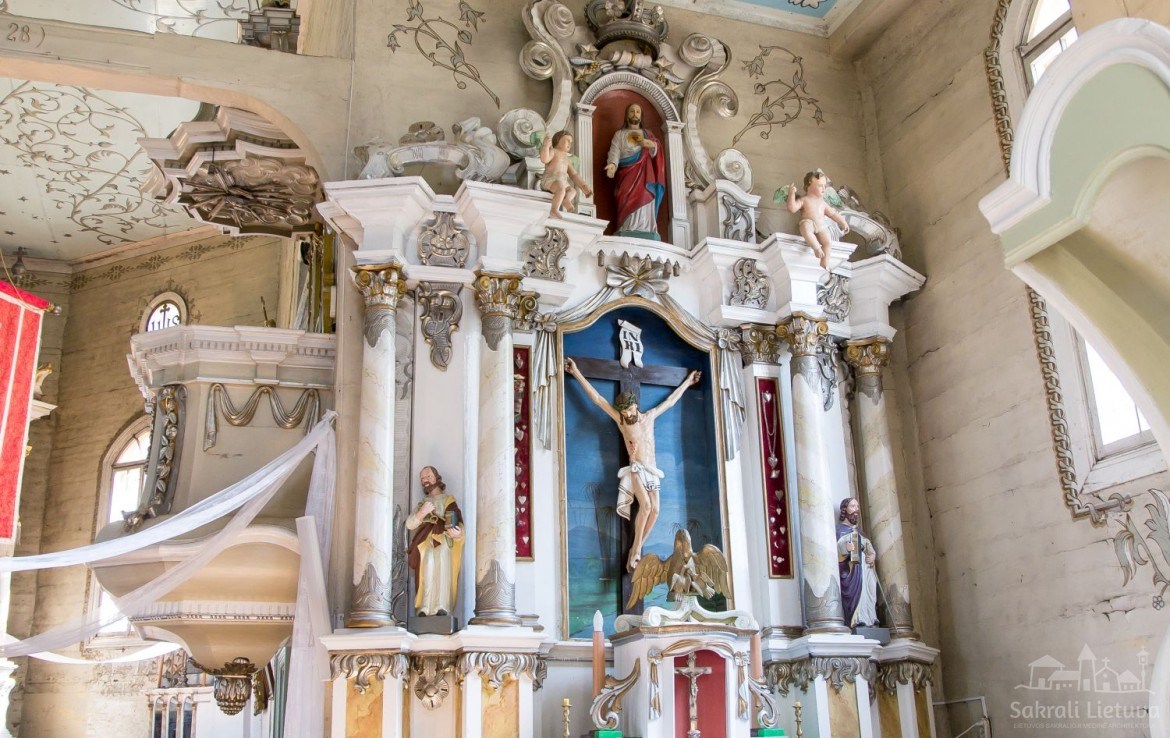 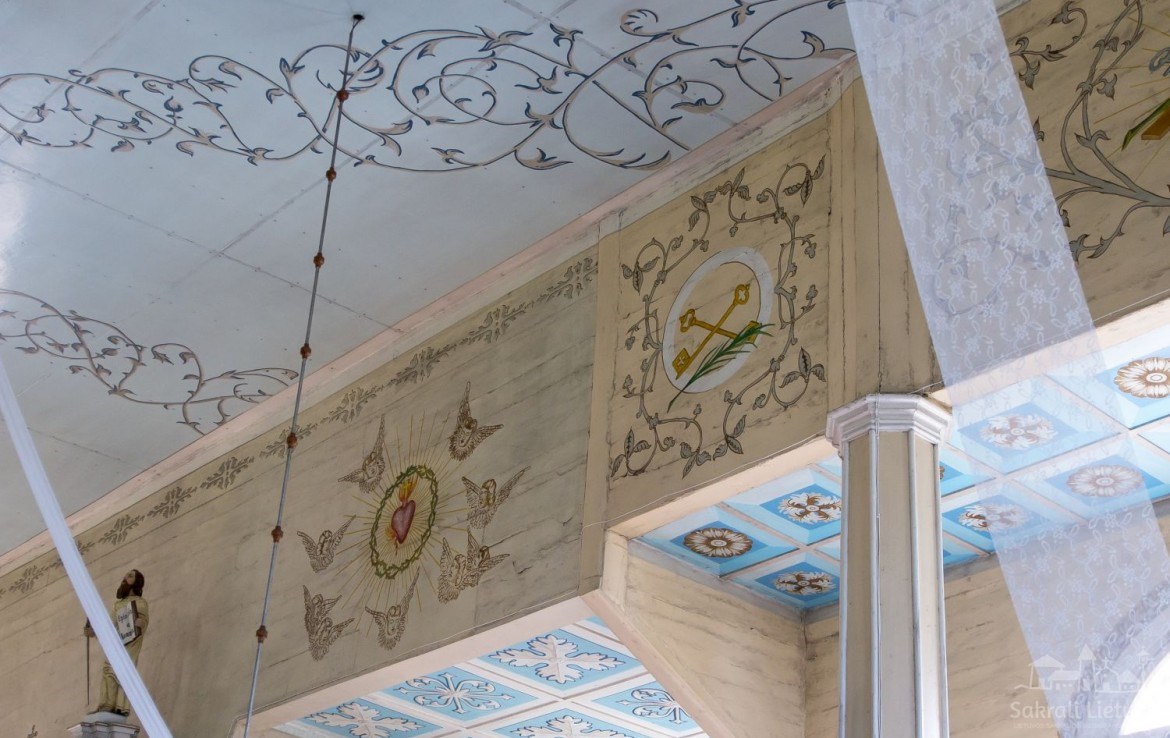 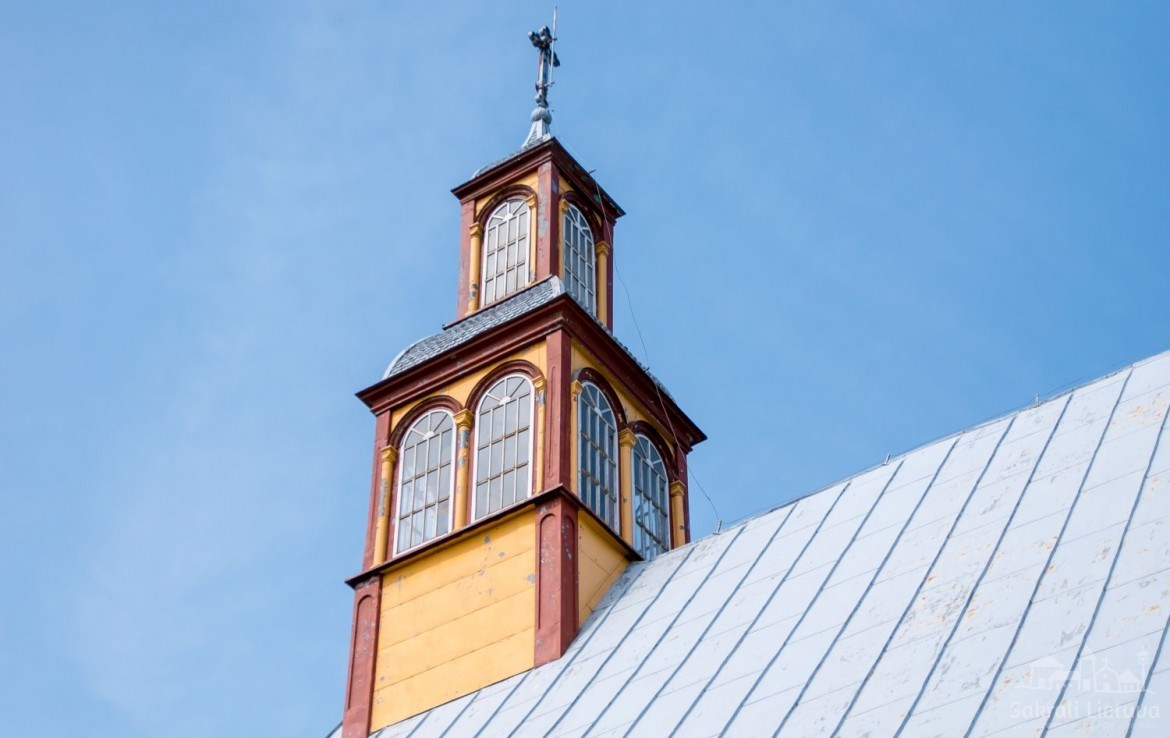