This is a Chapel typical of the Samogitian region of the 18th century; it is covered with a gambrel roof with the slope crowning the top of the main façade. It is somewhat bigger than other chapels of this type but it retains perfect proportions. Veiviržėnai Chapel is symmetrical, of a rectangular plan, its foundation is built of field rock and the chapel is built of logs, boarded with wooden planks with bands. A large ornamented forged cross is placed in the middle of the gambrel roof, on a pedestal. A decorative arch door and a wide rectangular window emphasise the axes of the laconic main façade.

An extremely ornate choir of the Chapel decorates the interior; it is supported by profiled columns with a small balcony sticking out in the middle separated by a septum of turned balustrades. During religious holidays services are conducted at the Chapel, and during the service a portable harmonium is used instead of the organ.

Three altars are installed in the Chapel. The high altar of St. George was two-tier, the second one had the title of St. Joseph or the St. Family, and the third altar was that of Saint Ann.  The Chapel stood there until the middle of the 19th century. After it had been moved to a new location, the inside of the Chapel was altered. The only St. George altar was built inside with the picture of St. George painted on a home-made canvas placed in its centre; several years ago the picture was stolen.

The ornamentation of the interior of the Chapel and pieces of sacral art therein are also worth attention. The two-tier high altar, the septum of the turned balustrades in front of the altar, one pulpit, one confessional and one pew, as well as the stone holy water font have survived. The sculpture of “The Crucifix” facing the portal of the central entrance adorns one of the three wooden columns of the prodomos. This piece of art by a folk artist is included in the Register of Movable Cultural Property. The interior is supplemented with seven cast concrete sculptures by the sculptor Vincentas Jakševičius.

The approaches of the Chapel also contain valuable pieces of folk art. The “Pieta” whose erection was funded by the donations collected by the women association during the inter-war years stands on the eastern side of the Chapel. One catches sight of it the moment he enters through the old gate of the graveyard. 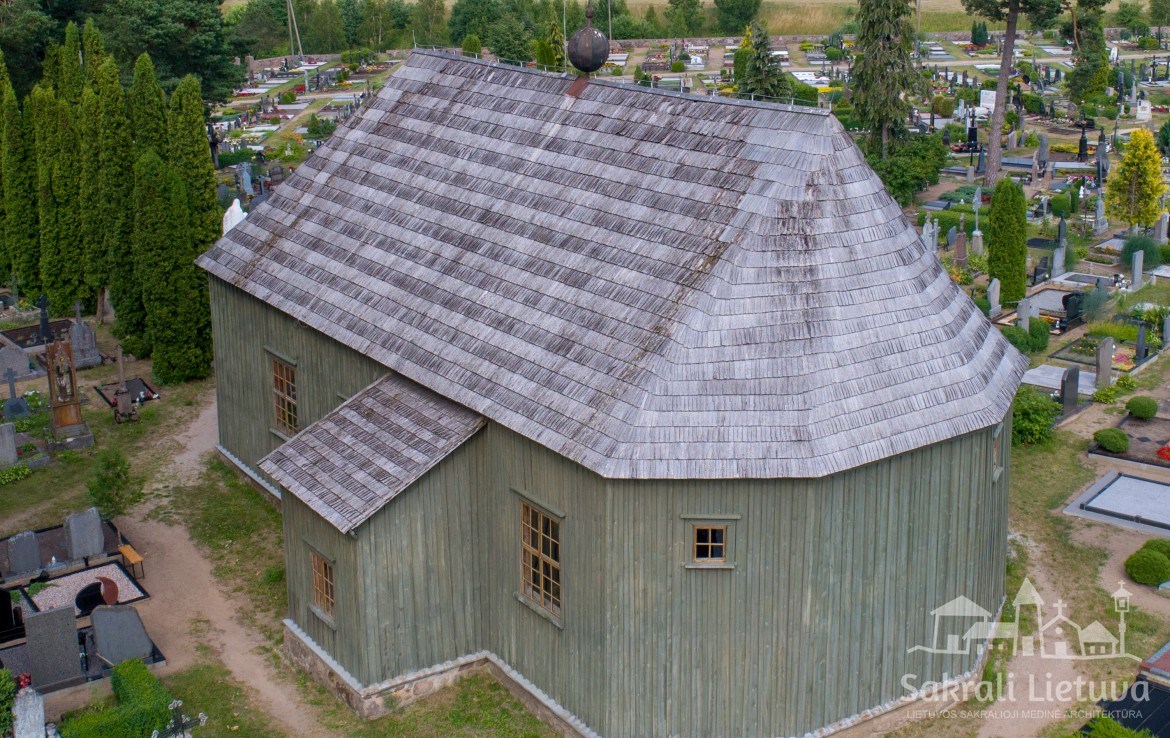 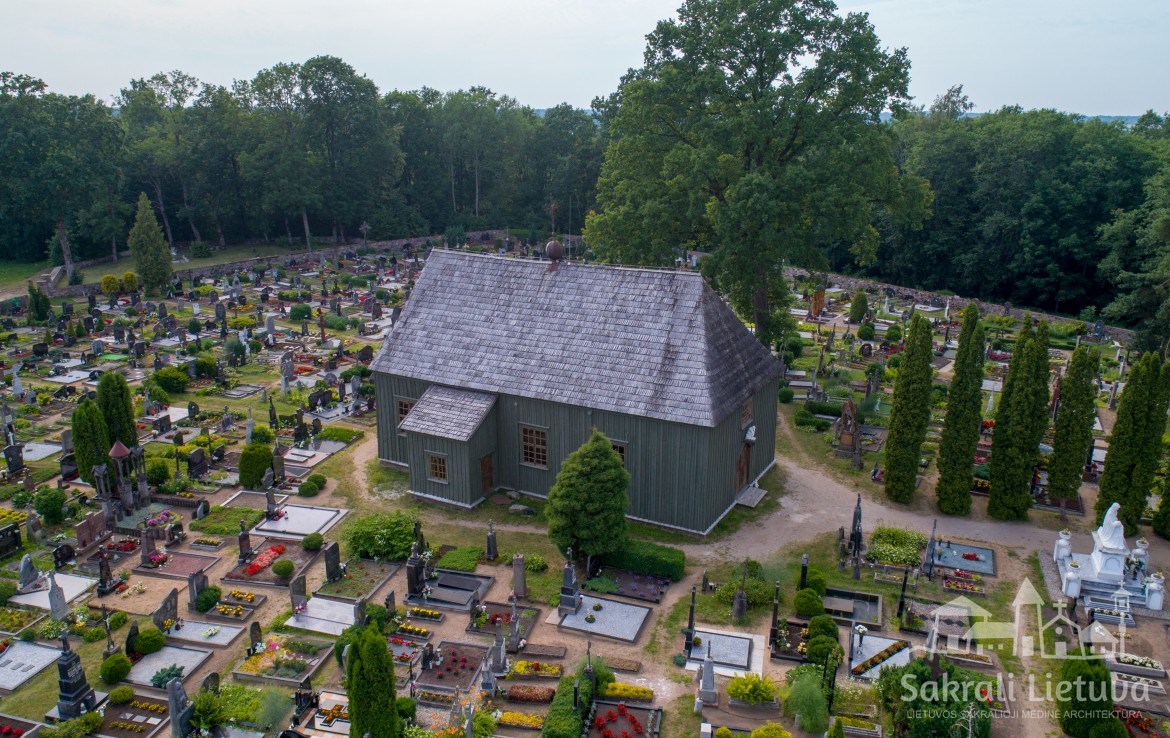 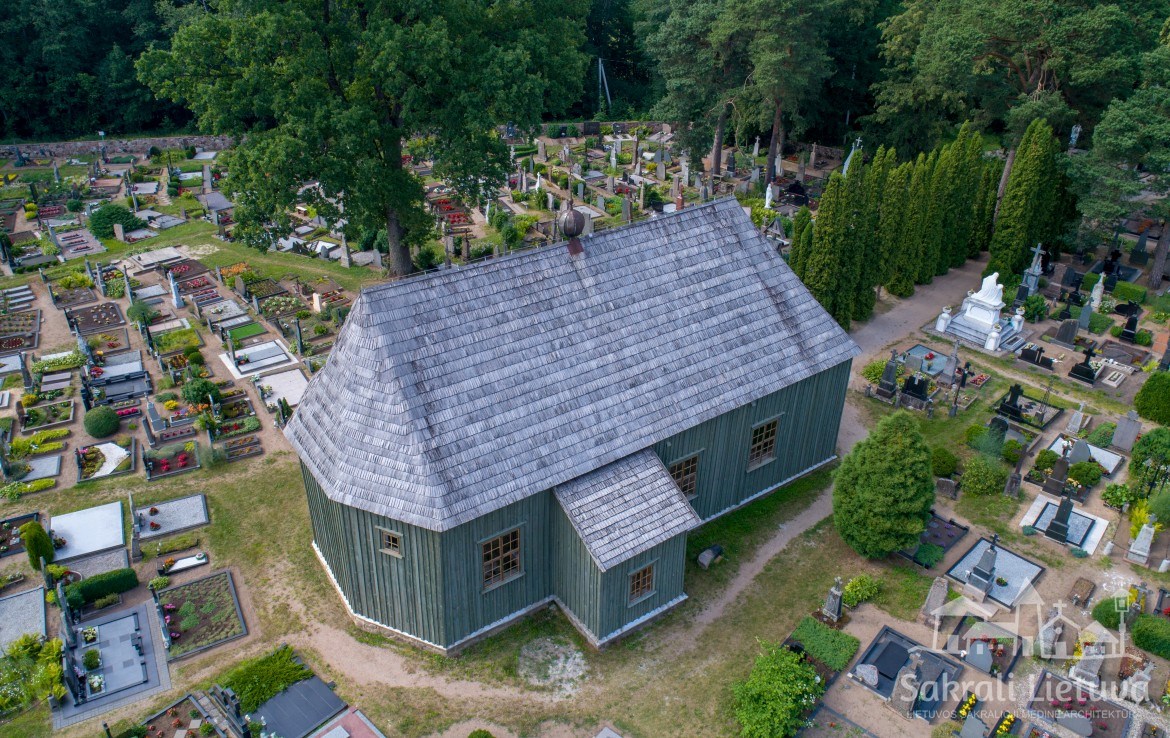 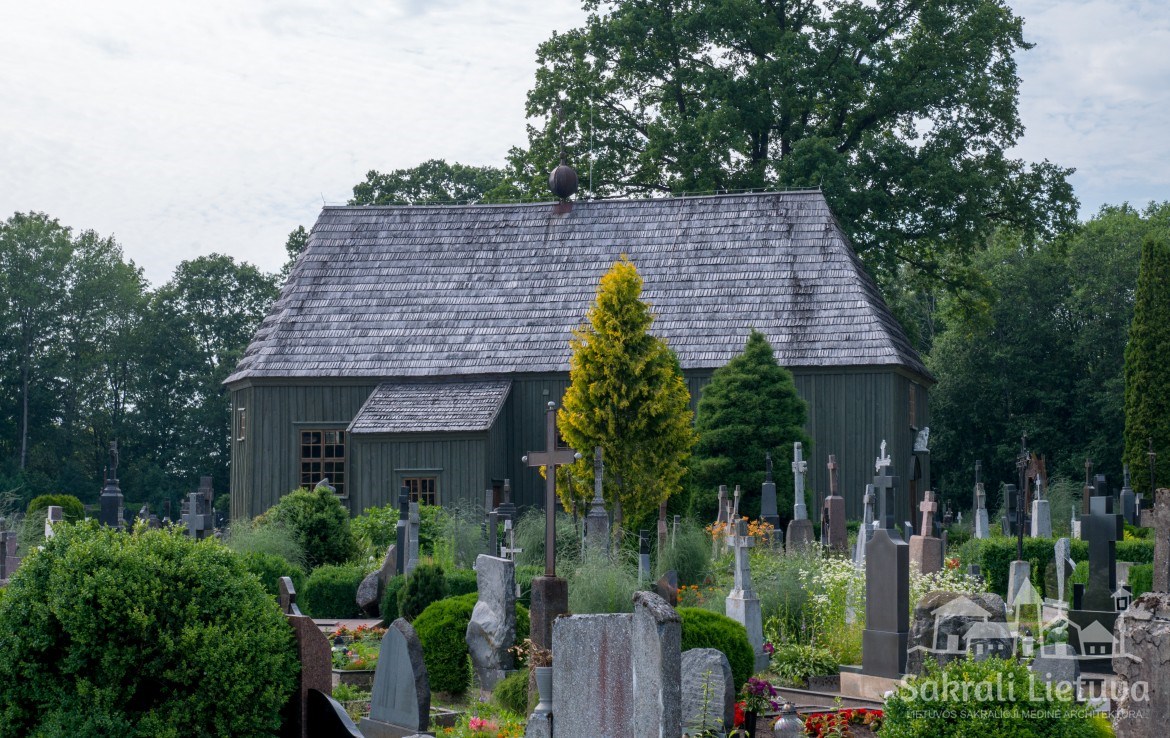 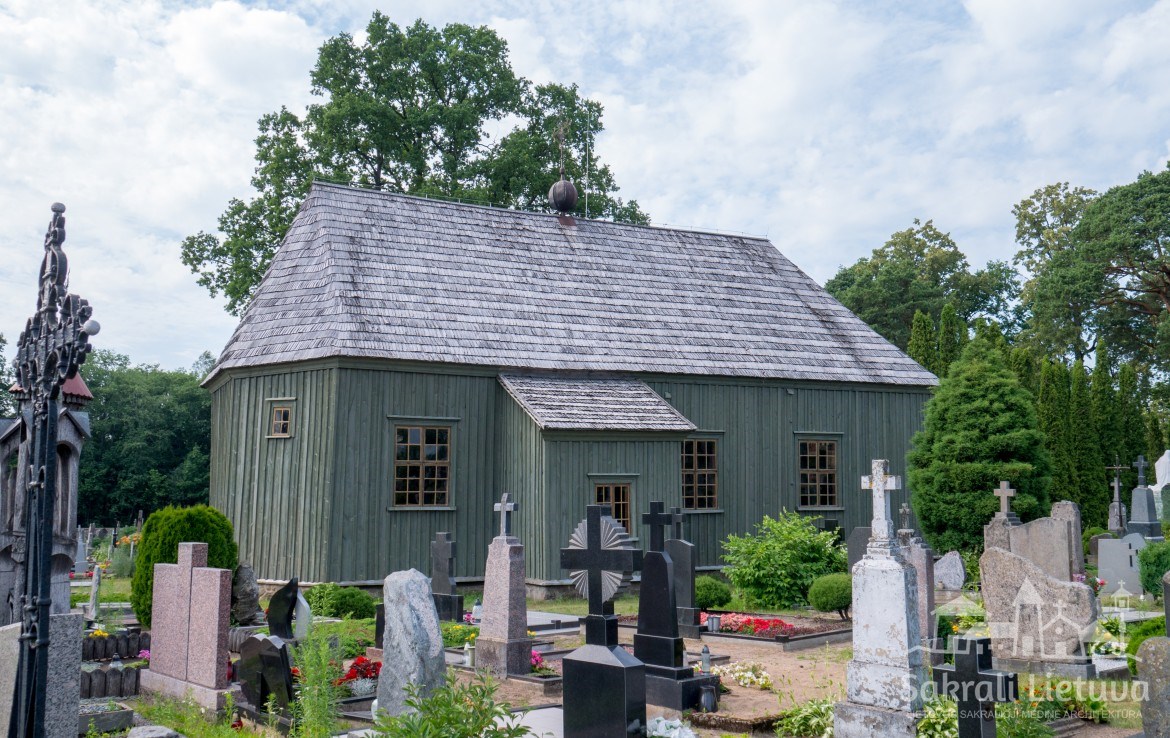 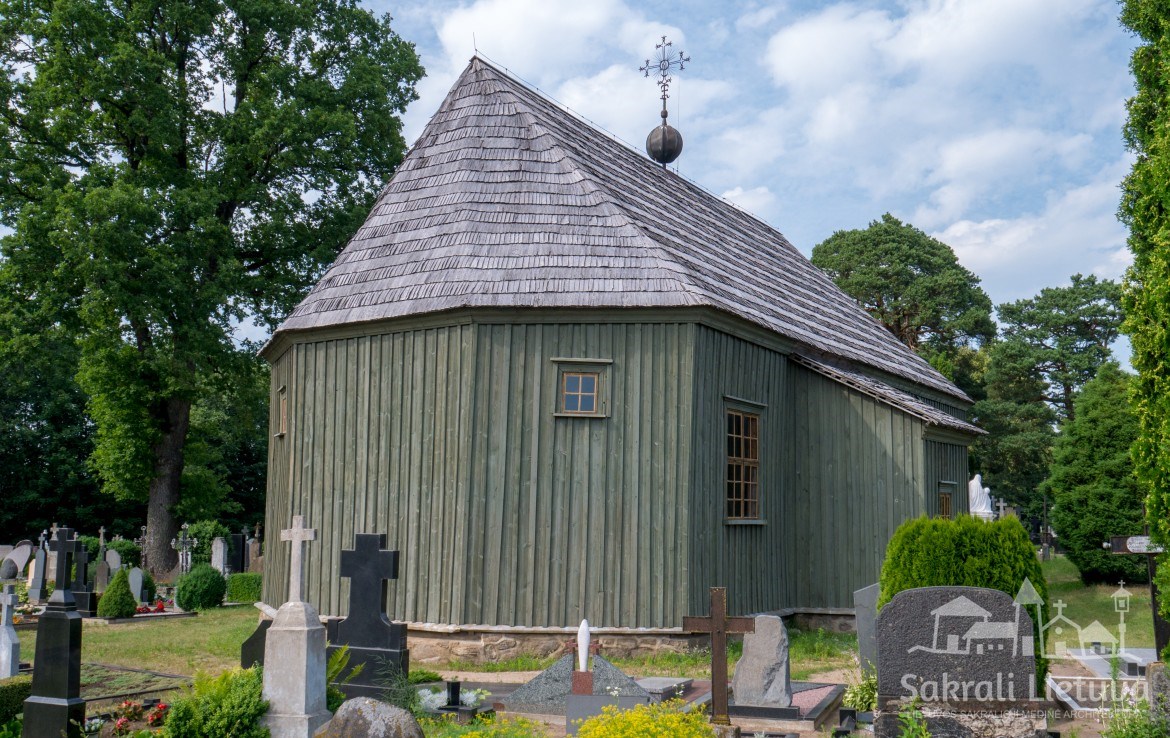 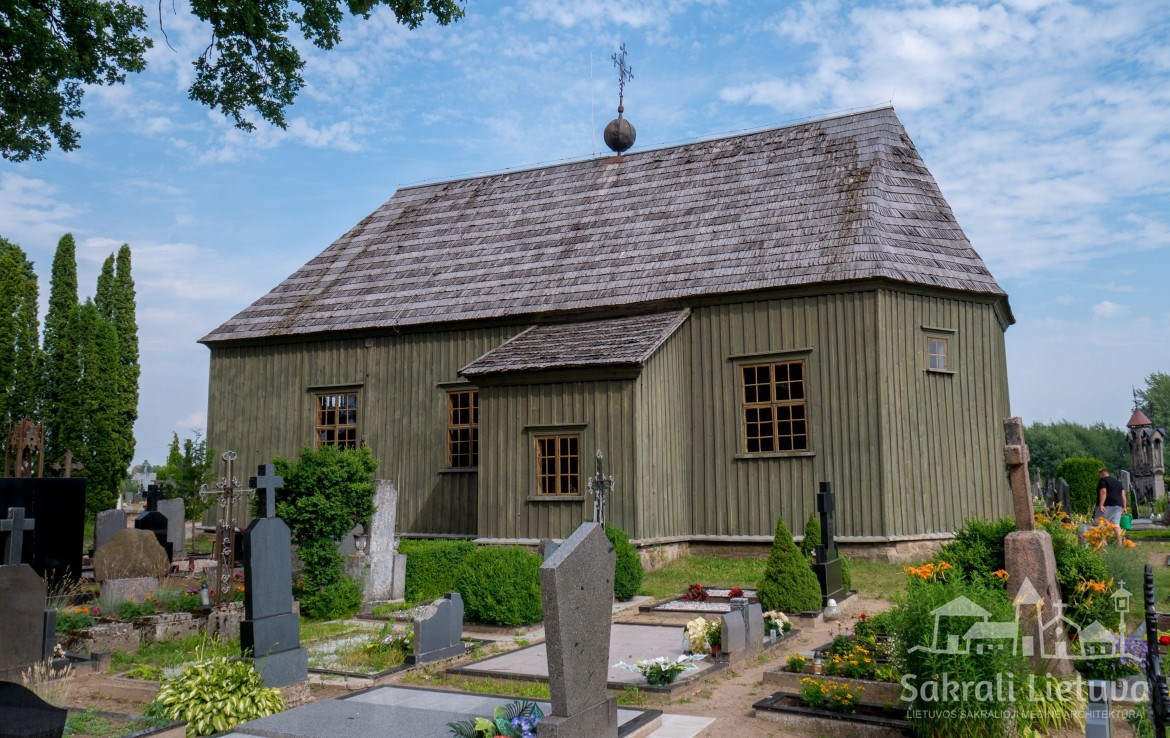 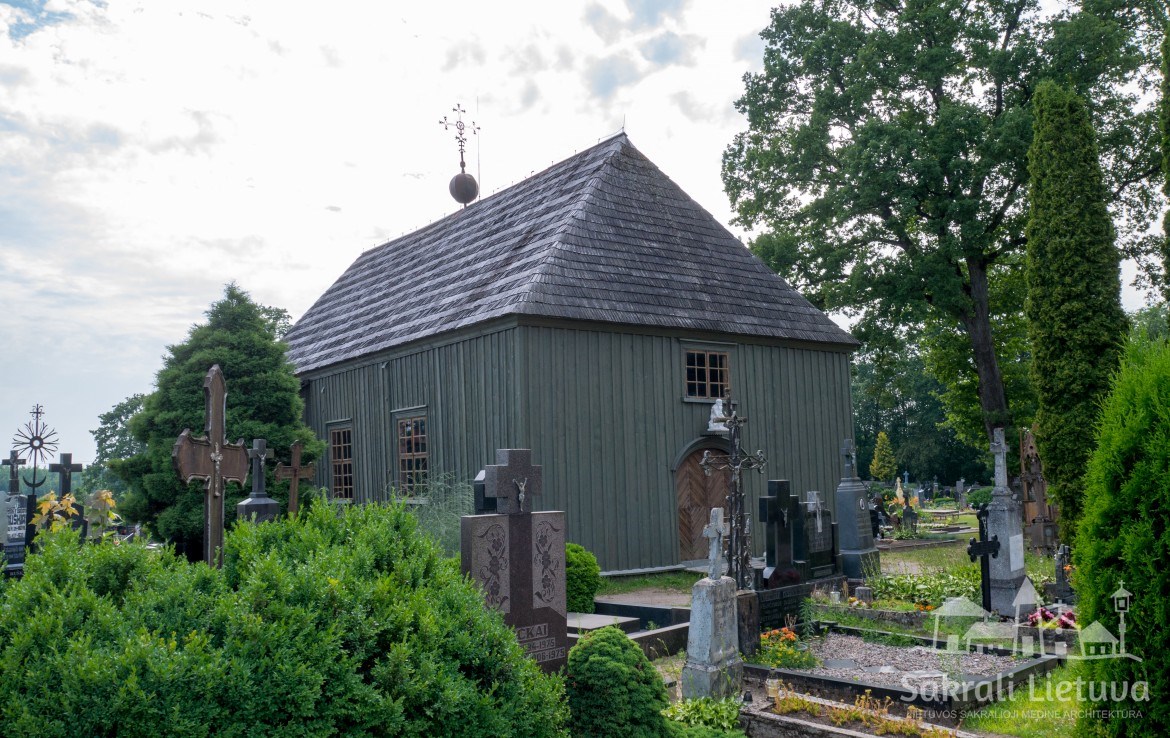 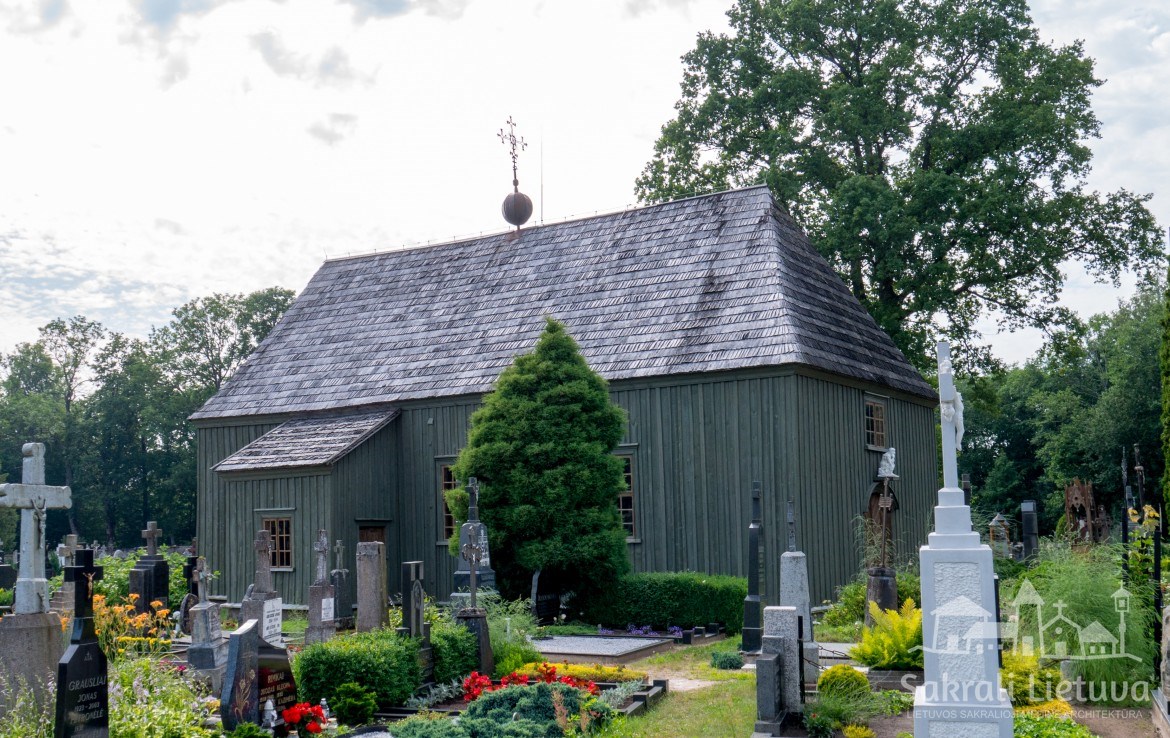 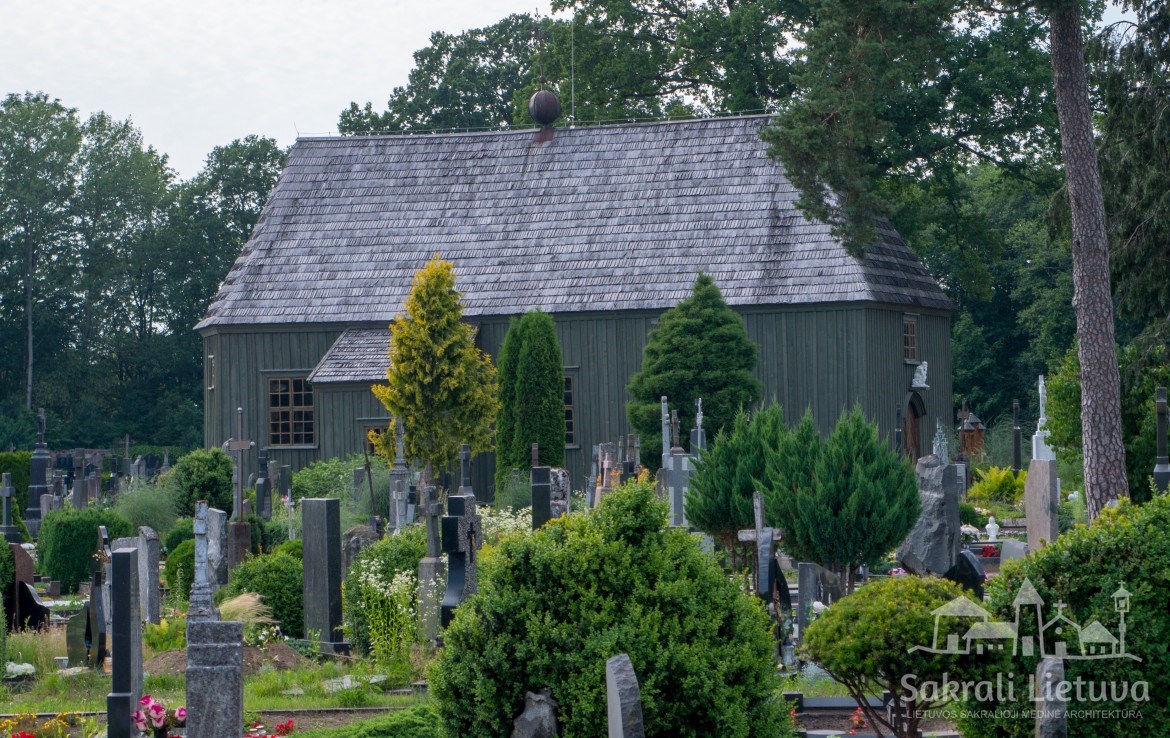