Švėkšna parish cemetery was established in Vilkėne, about 3 km away from the parish church, as churchyard cemetery became too small to accommodate the burials. In the 19th century, the priest Staškauskas, who himself was buried here, put in order and expanded Švėkšna cemetery, built a stonework wall around, erected a splendid new gate in Neo-Baroque style and a chapel. According to documents of Švėkšna church, this wooden chapel emerged in the 30-ies of the 19th century, because it was not mentioned yet in1829, but was described in 1839. A single altar of the Sacred Heart of Jesus used to be here, where services were held under the permit from Samogitia Bishop Juozapas Arnulfas Giedraitis (1802–1838).

Folk Classicism stylistics is characteristic of the chapel. This structure holds a single tower, rectangle-shaped plan with a side addition of sacristy and the apse on the right, while the main facade is adorned with a portico with four columns. The roof in the central part is double pitch one, half-conical one covers the apse, and conical one installed above the tower. The front facade is oriented towards the central gate of the cemetery. The chapel was built by parishioners from silver-fir logs, the timber walls are planked with vertically arranged planking, openings of facade door and windows are rectangle-shaped. The roof was straw-thatched, flooring was made of thick planks. Next to the building of the chapel, a belfry used to be equipped, it held a single bell. The cemetery is surrounded with a wooden fence.

The internal space of the church is covered with a wooden joisted floor, the flooring is made of wood. The balcony has a low fence of lathe-turned balusters and is propped by bearing wooden columns. Roof spires are crowned by two ornamented crosses that also are included into the Register of Cultural Property. These crosses of wrought iron date back to the early 19th century.

The chapel held exclusive works of sacred art, created by folk artists and professionals. The majority of them got there from Švėkšna church during its reconstruction or renovation. Previously, an exclusive Biblical Cycle, consisting of eight paintings of the Old Testament and three ones of the New Testament used to hang in the chapel. This is an only one Biblical Cycle of such character and appearance, known in Lithuania, which can be compared with the European Renaissance Biblical Cycles.

In the early 20th century, after the construction of a new church of Švėkšna has started, some paintings, as unsuitable and deteriorated, were transferred to the chapel. The present altar of the Sacred Heart of Jesus is adorned with a 18th cent. painting of St. Jude Thaddeus. The sides of the altar are decorated with doubled Romanesque columns with capitals holding floral motifs. On both sides of the altar the wooden sculptures of the 18th century of St. Peter and Paul are installed . Apparently, the works, depicting Bible Scenes and Saints even from times before the chapel itself, were moved from the second church of Švėkšna, built after the fire destroyed it in 1732. 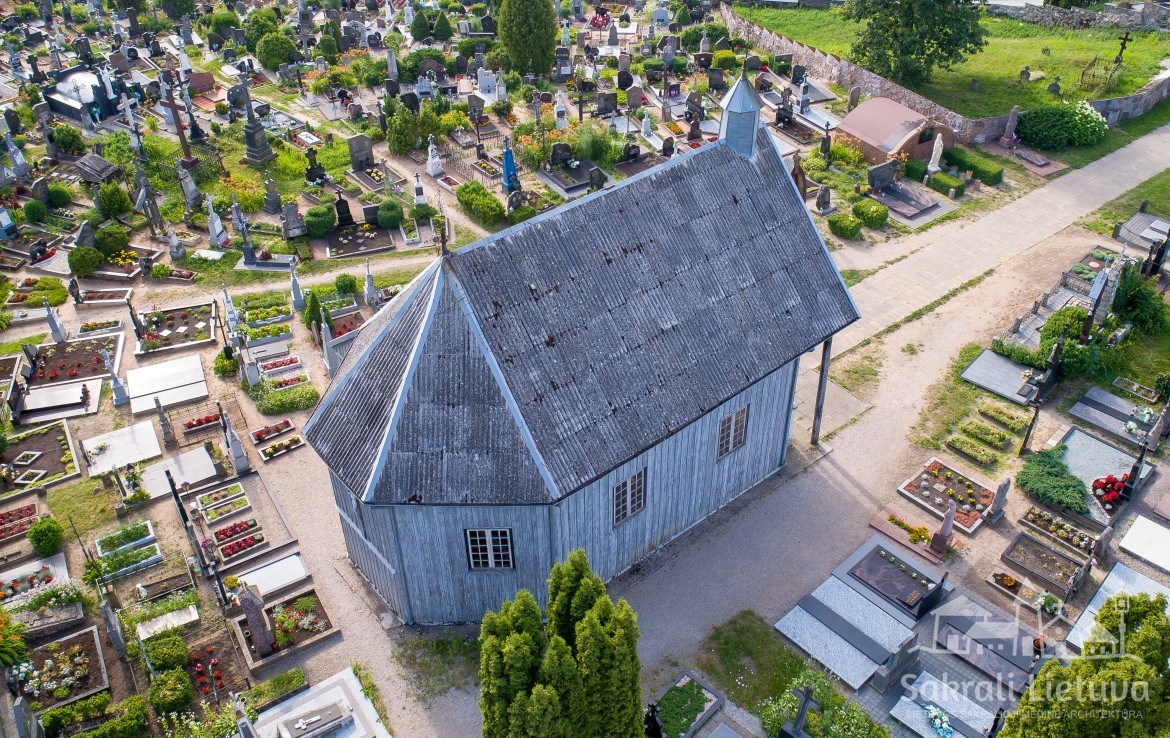 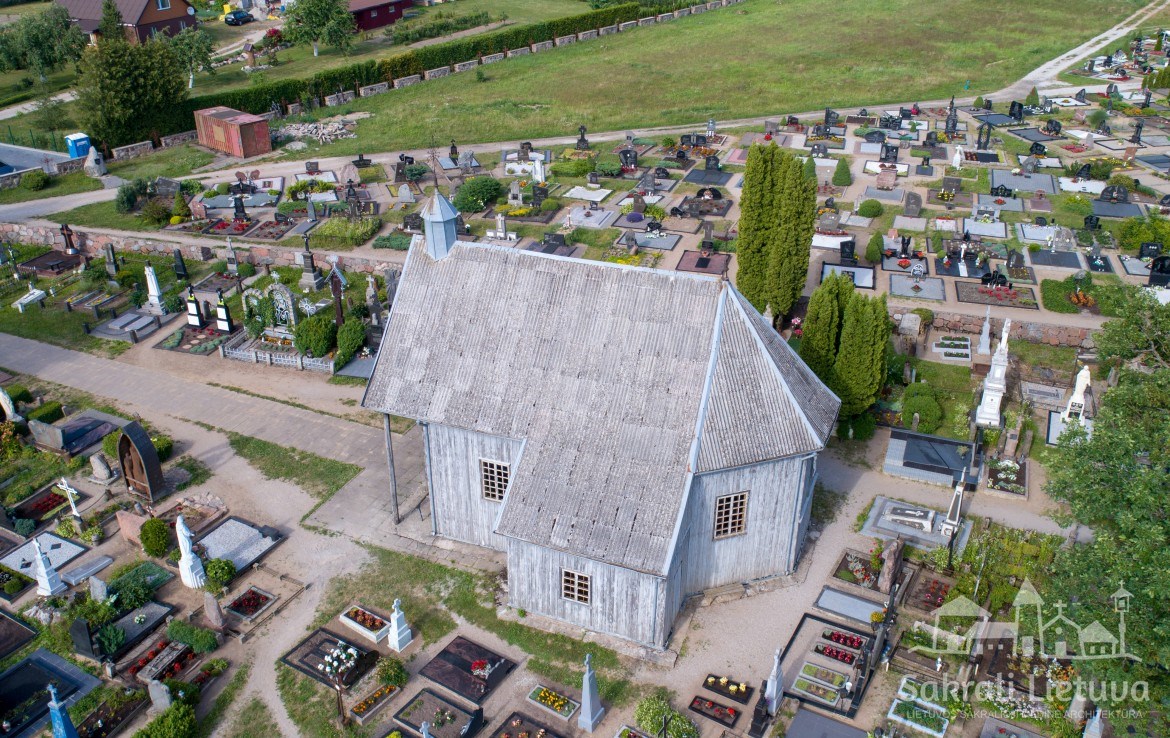 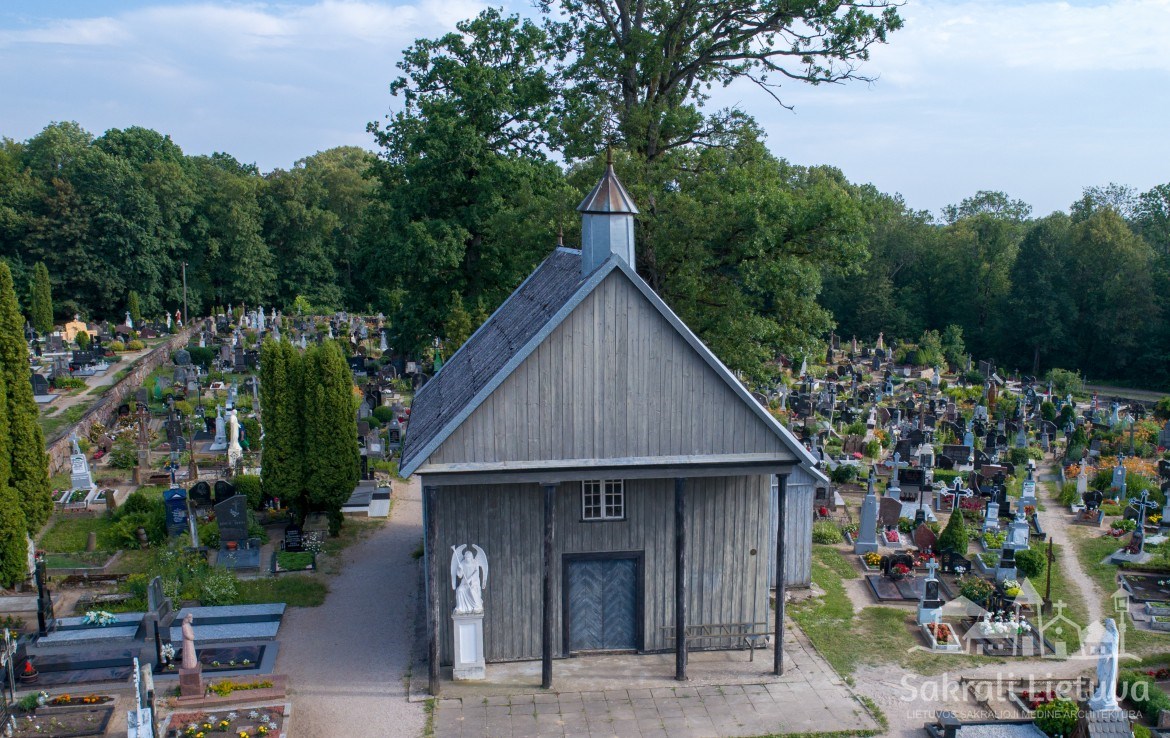 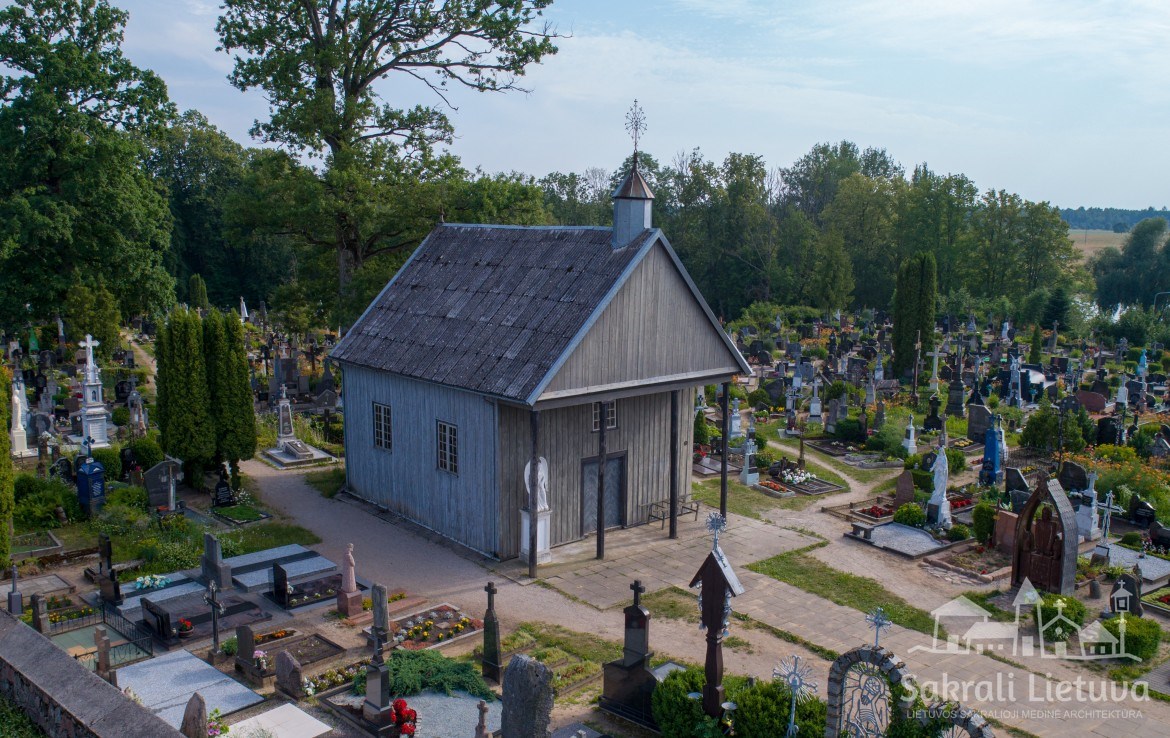 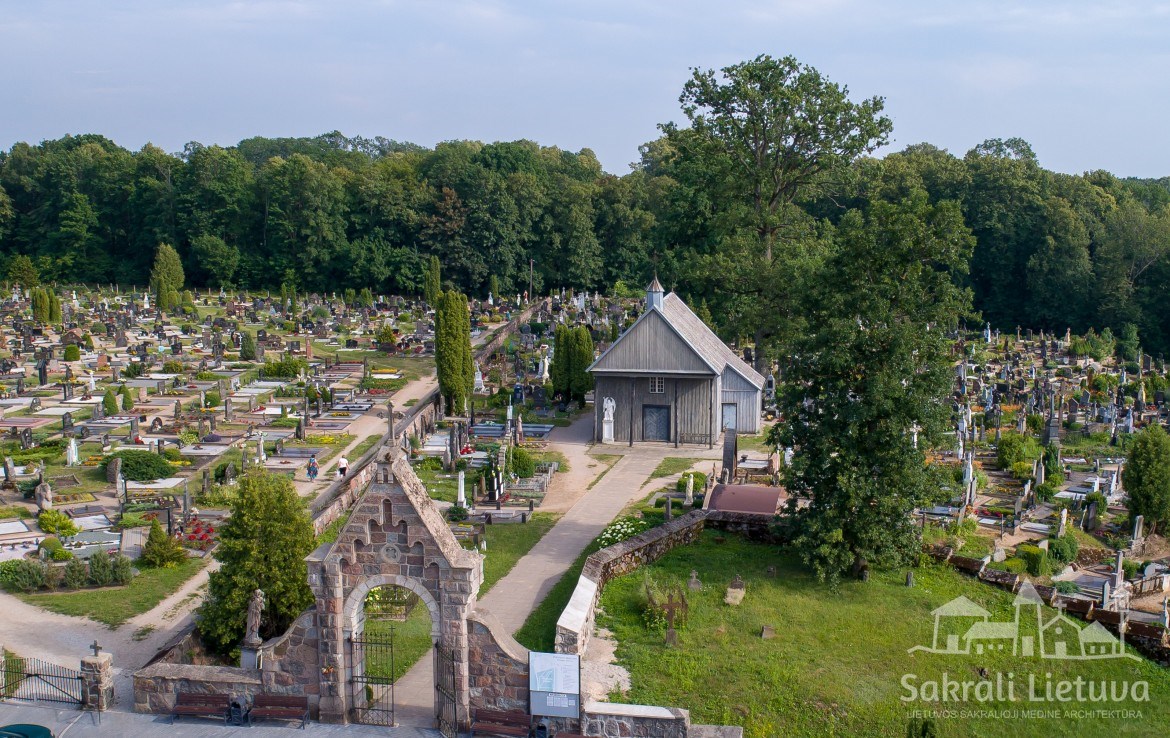 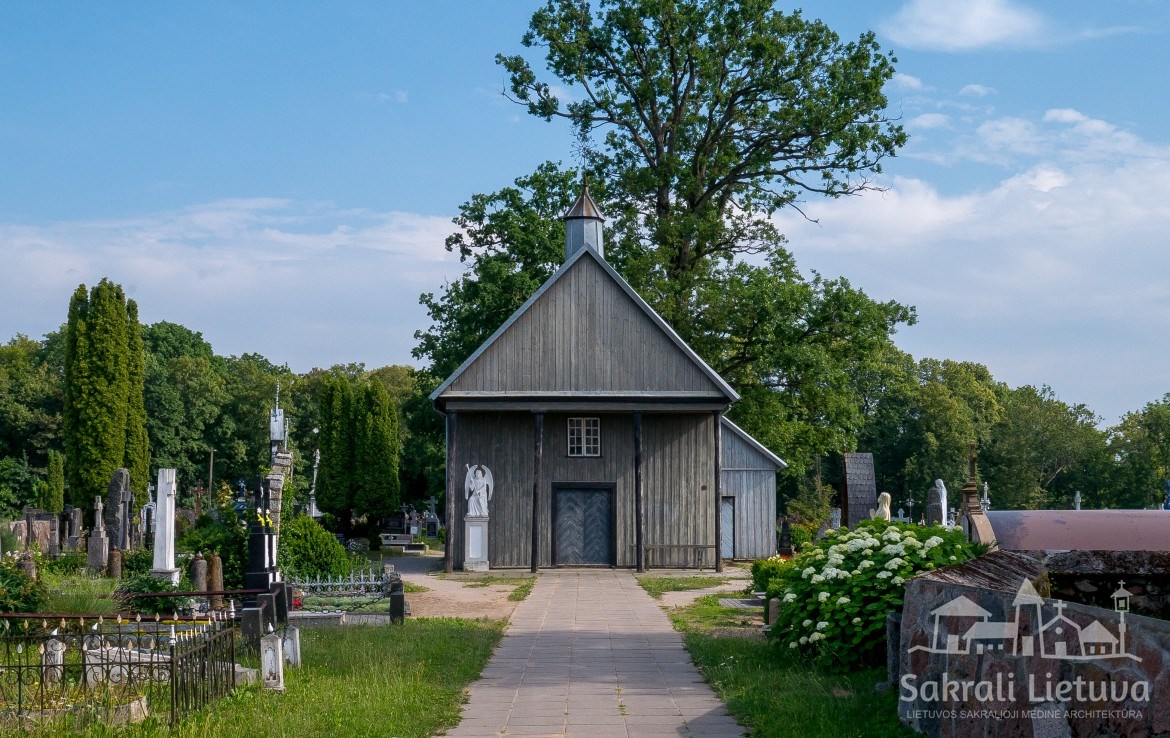 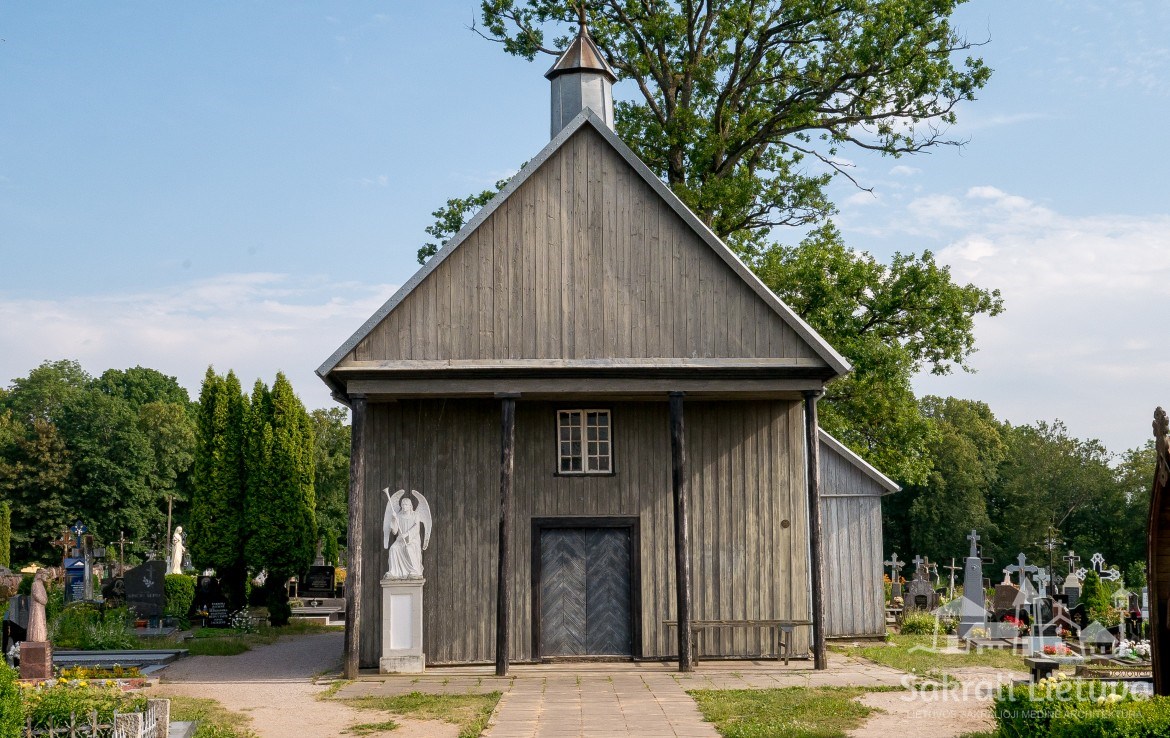 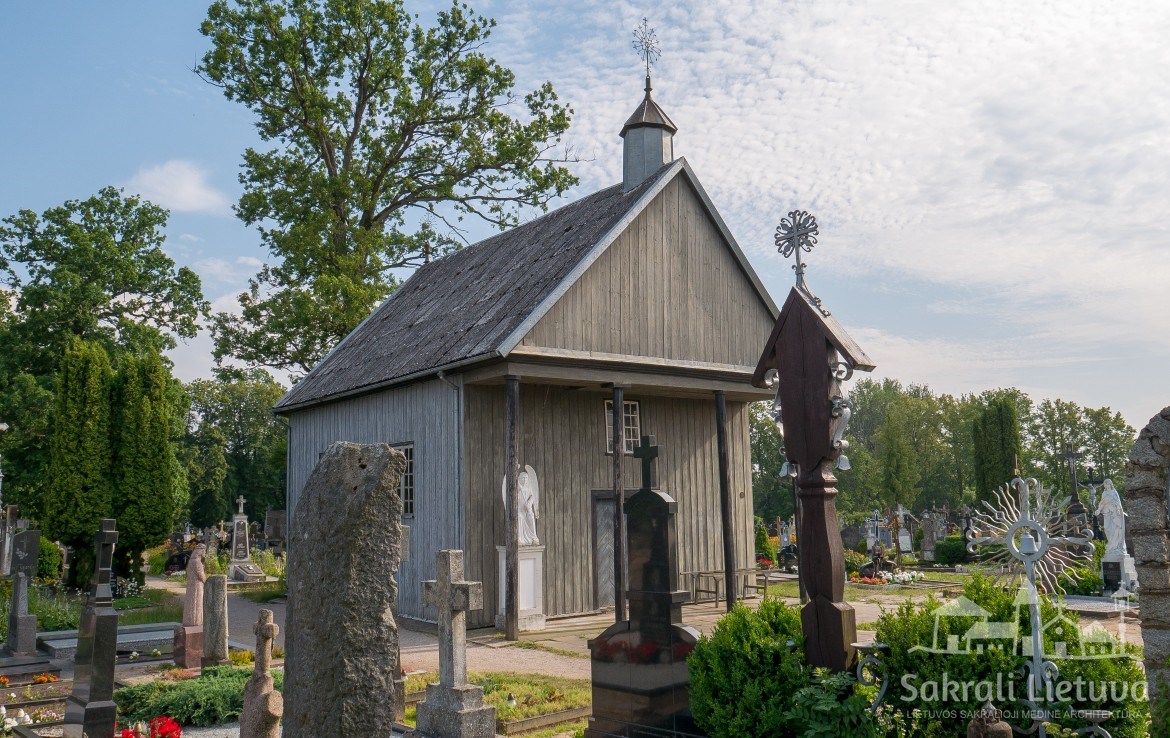 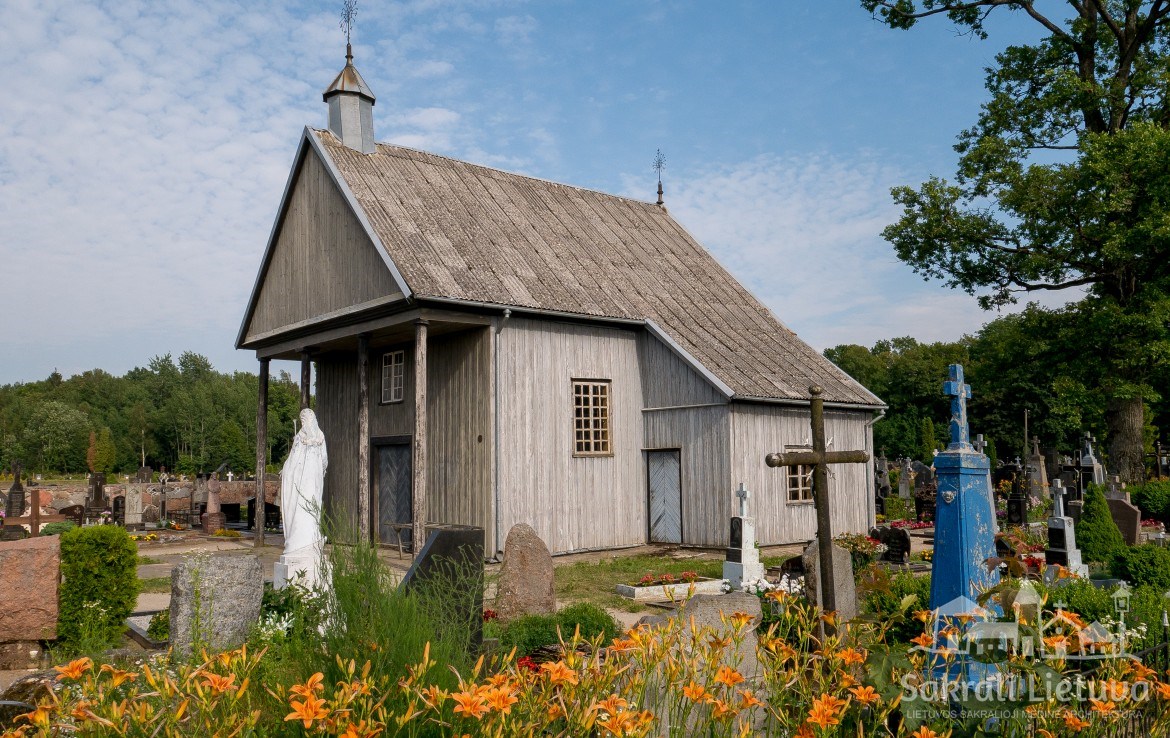 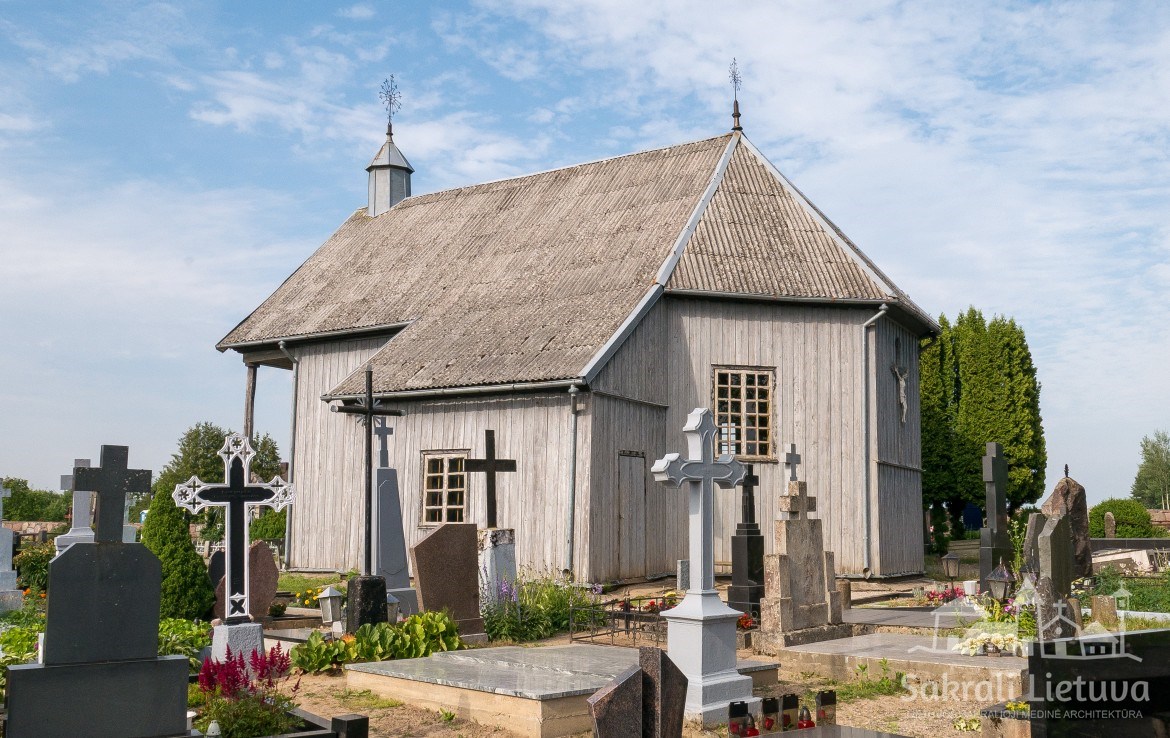 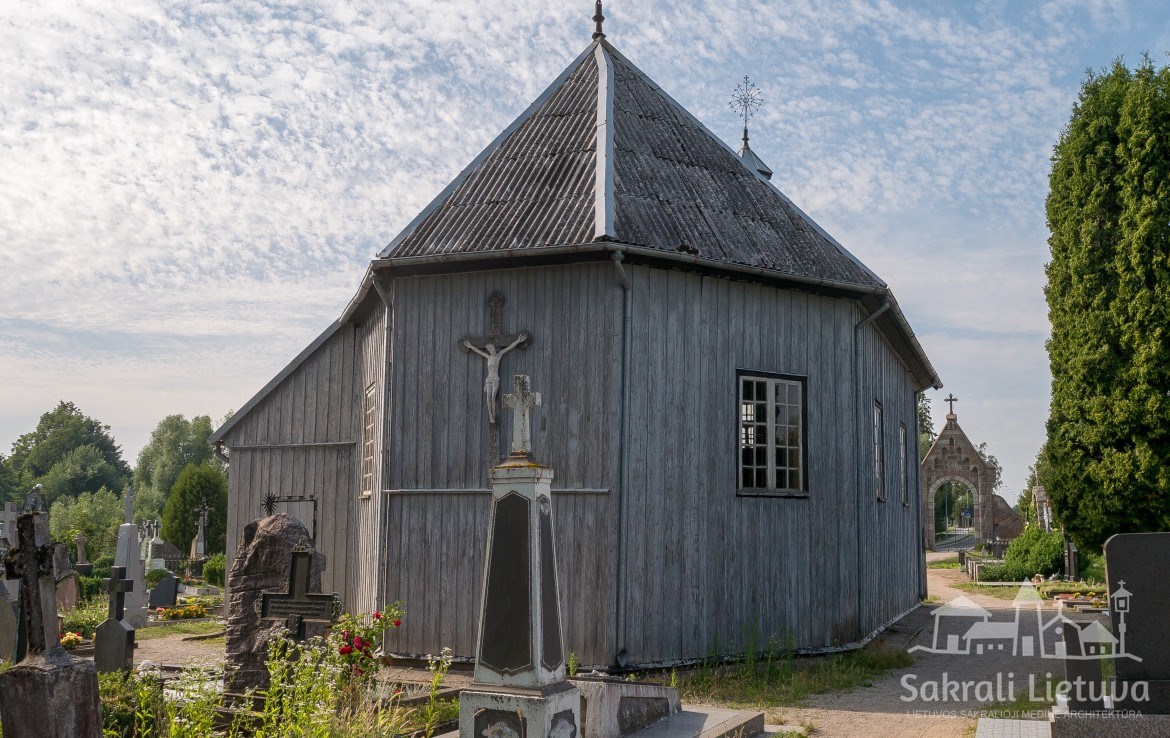