The first church rose in the early 16th century as Radvilos became reformates and in 1636 the Svėdasai church was also transferred to the Reformed. It is believed that the church was destroyed or significantly damaged after the war with the Swedes and Russians, because a new one was built in 1675 after the war has ended. As the number of parishioners increased the church became too small and in 1794, Mykolas Smolskis, Svėdasai parson, supported by Kristupas Radvila and countess Pliaterienė, built a new wooden church to the old masonry one, leaving it as a chapel in the left nave. In 1930 the church was reconstructed, damaged during the war, and once the war has ended, it was reconstructed once again under the initiative of priest A. Survila.

Juozas Tumas-Vaižgantas has lived in Svėdasai for a while. It was the St. Michael the Archangel Church in Svėdasai where he held his first Mass2 during the New Year of 1894.

The historical Svėdasai church is characterised with features typical of Baroque and Classicism architecture. The church is quite large: almost 38 m long and 17 m wide. Of hall type, of Latin cross plan with a transept, ending with a narrower presbytery and a triple apse. The wings of the transept are of the same height as the central nave. A two-storey sacristy is set up in the brick part of the transept. An old burial vault can also be found here. The roof is cross-shaped; the apse is three-side sloping, coated tin plate. The church is encircled with a cornice with modillions. This decorative element also decorates the slopes of the pediment of the main façade. A window of segmented arch is incorporated in the centre of the pediment. Above the pediment – an octagonal turret with an onion helmet, which is also octagonal, and a cross. The doors of the main façade are double-leaf, of an arched form. High arched windows on both sides. The main windows of the lateral façades and the transept are of the same form as well. The walls of the church are cladded vertically with narrower slats.

The presbytery and the side chapels of the Svėdasai St. Michael the Archangel Church are limited by segmented arches with keys in the narrow arches of the archivolts and the columns of the Tuscan order on the sides. In the interior, which was cladded with wooden lacquered slats thus losing its authenticity, the great Baroque altar, made by the masters of Vilnius, stands out greatly. The organ choir protruded to the central nave by a three-wall, supported by columns. 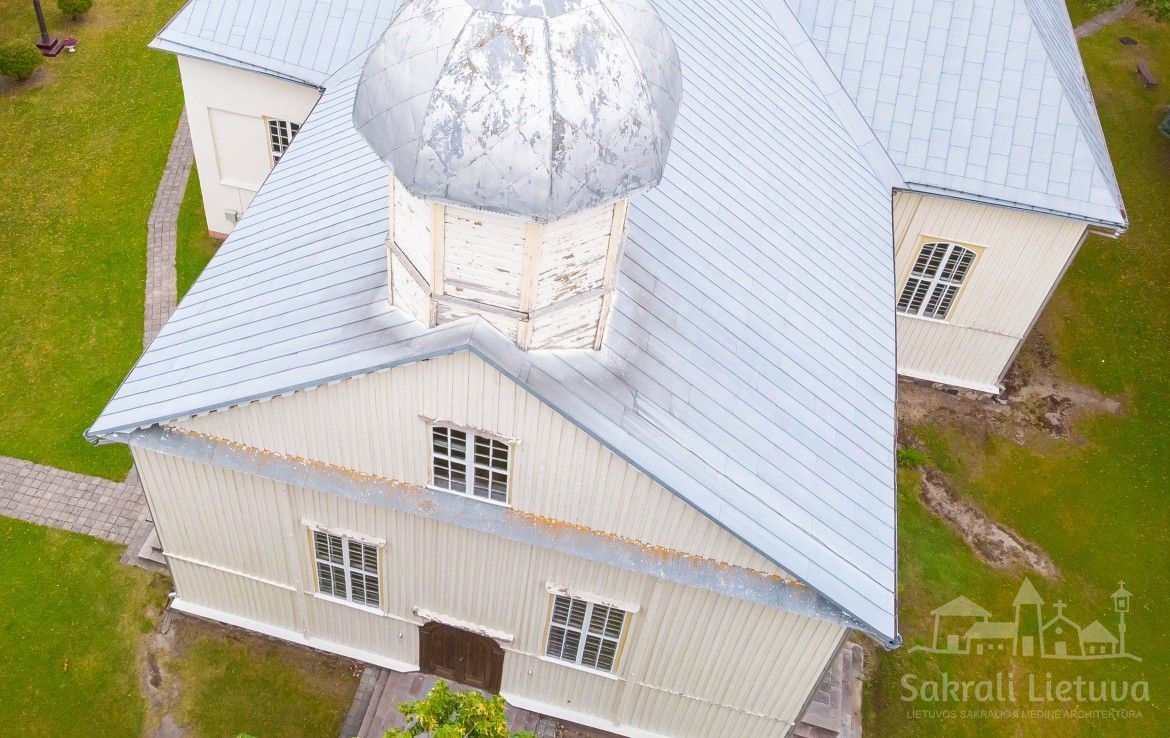 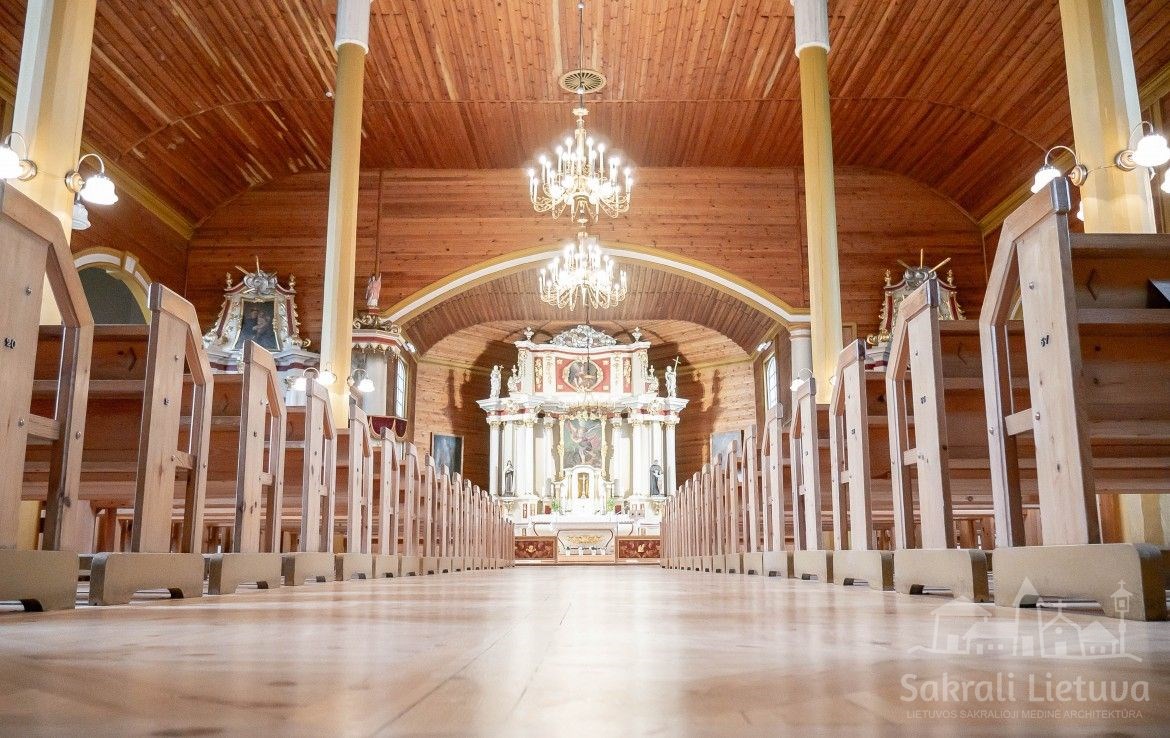 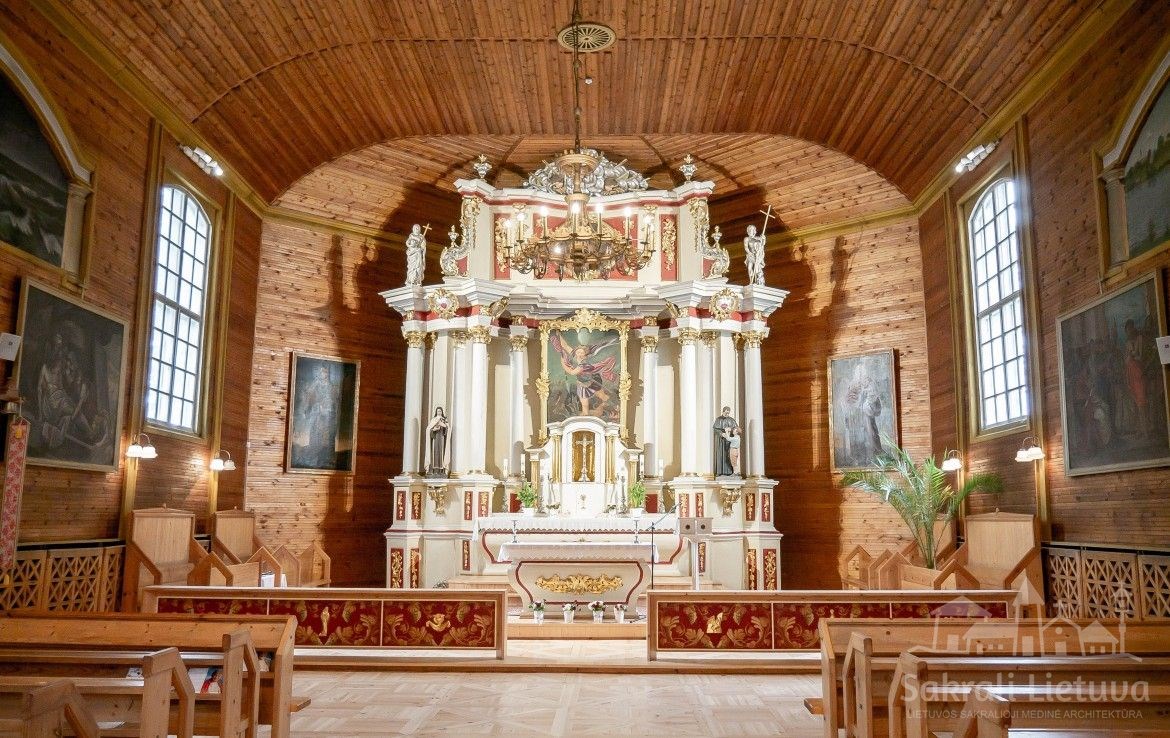 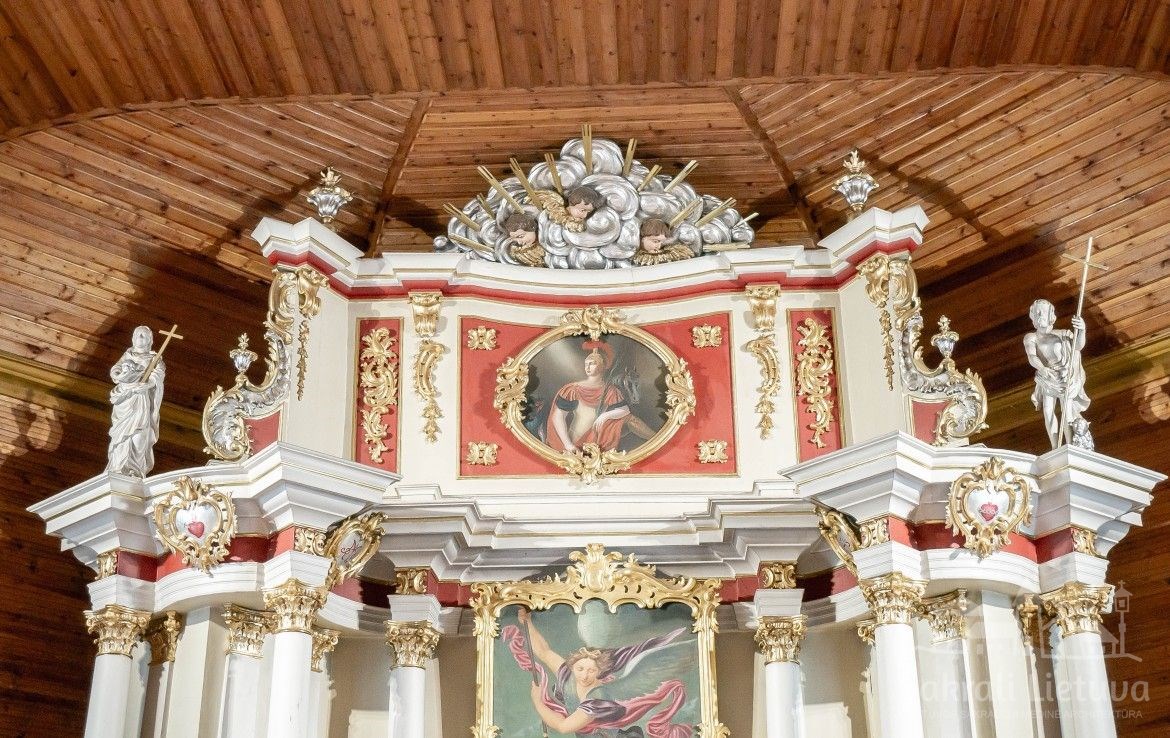 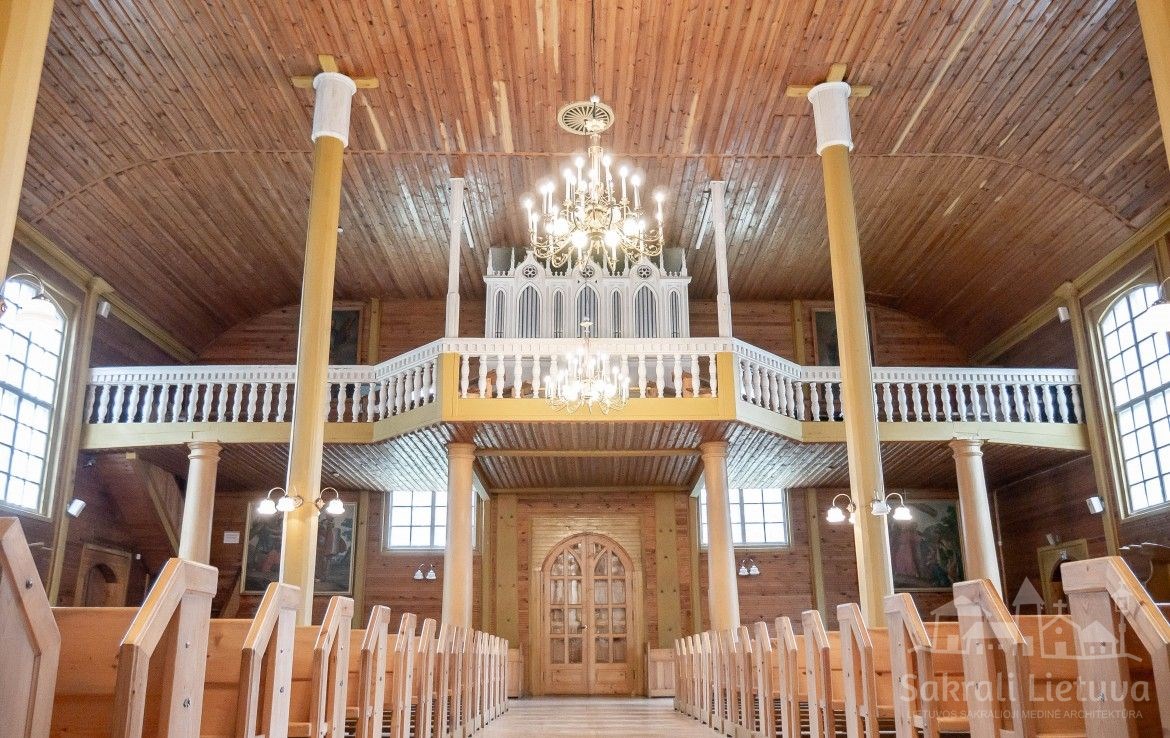 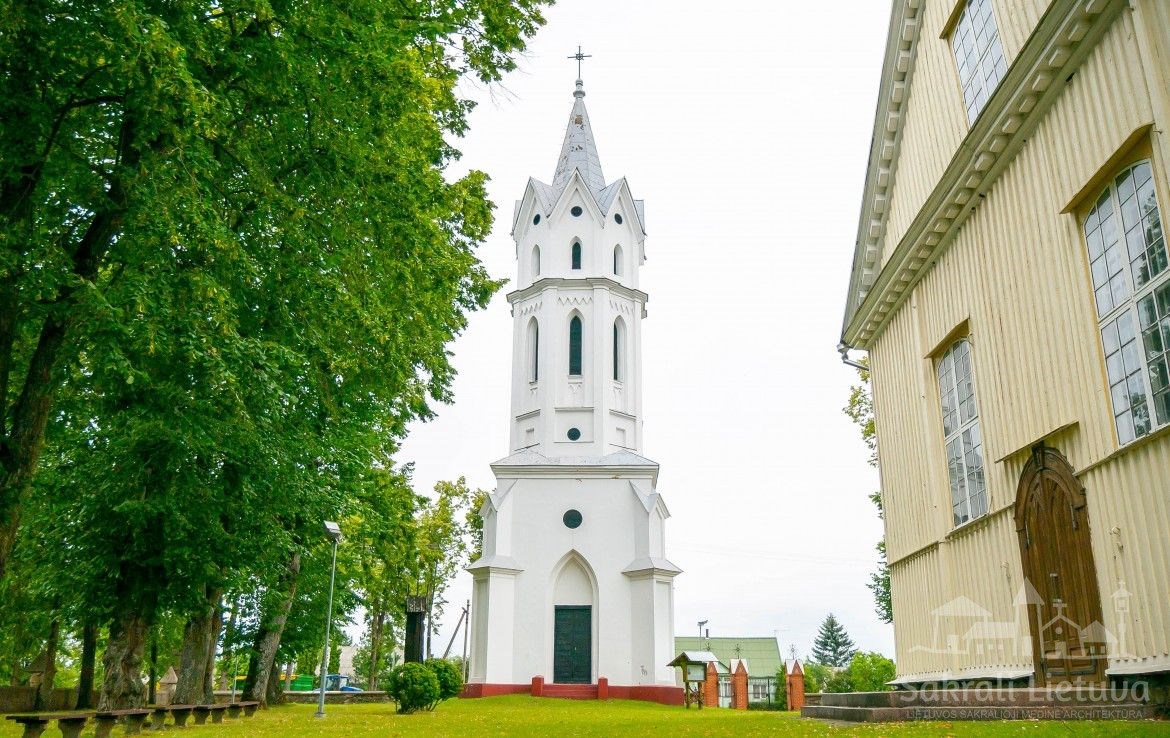 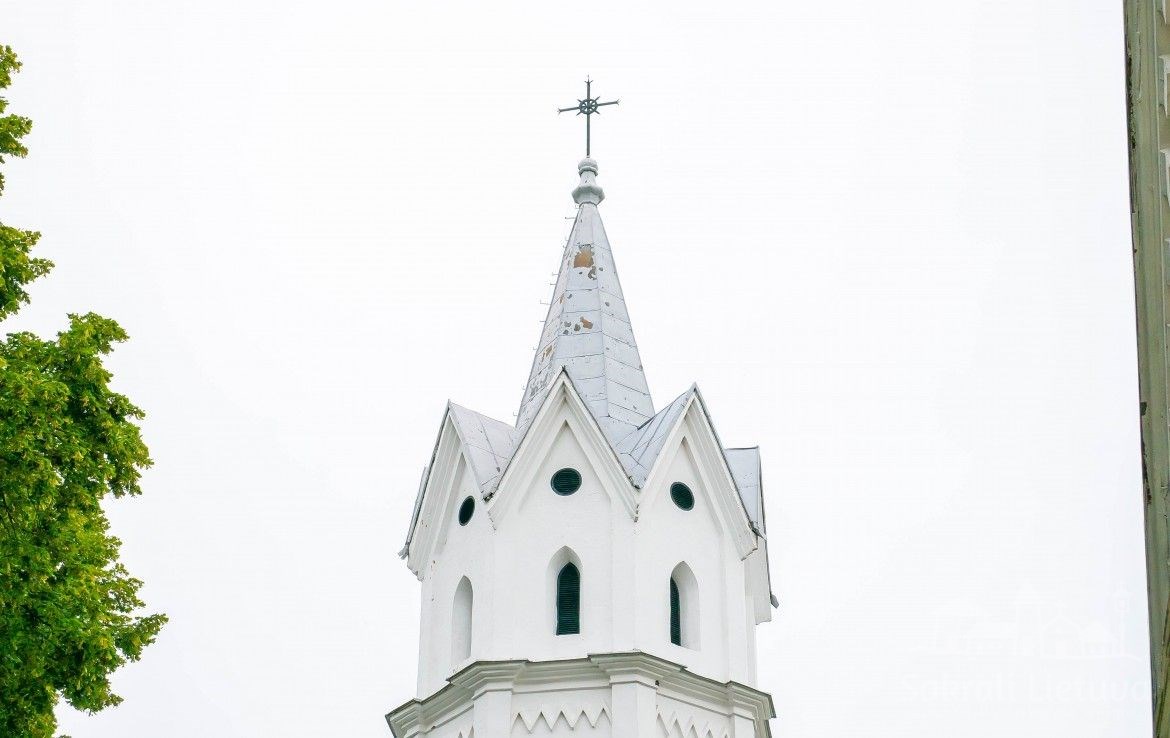 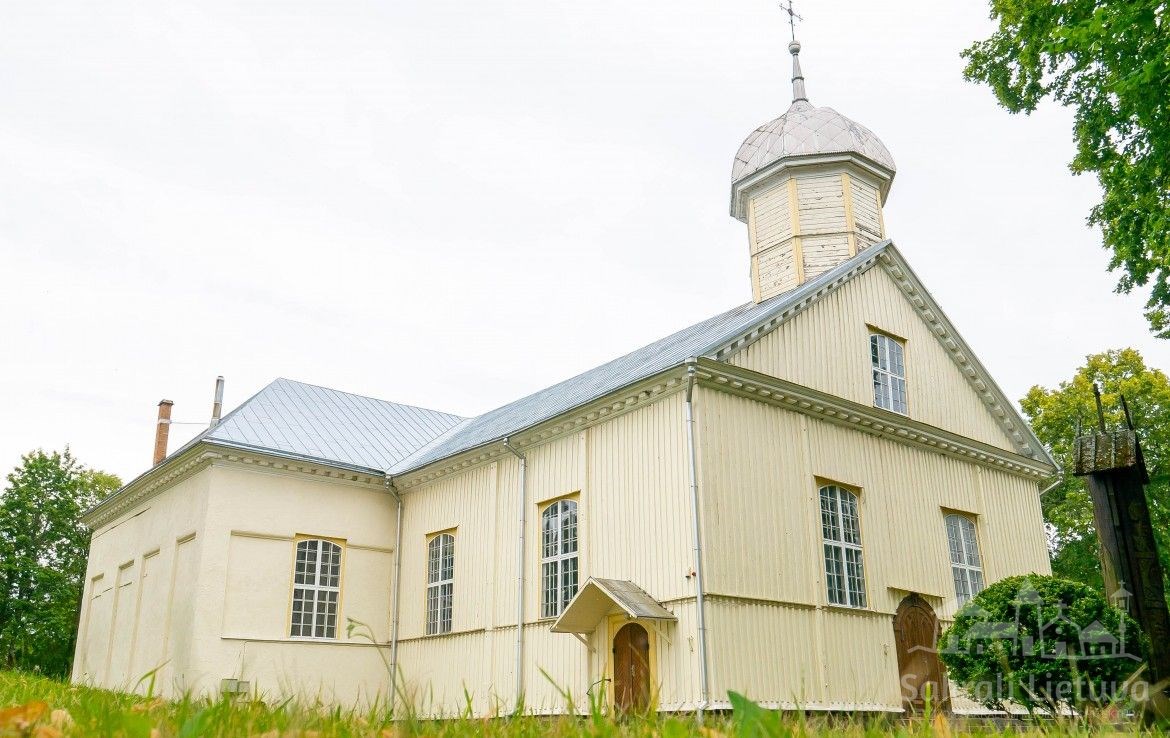 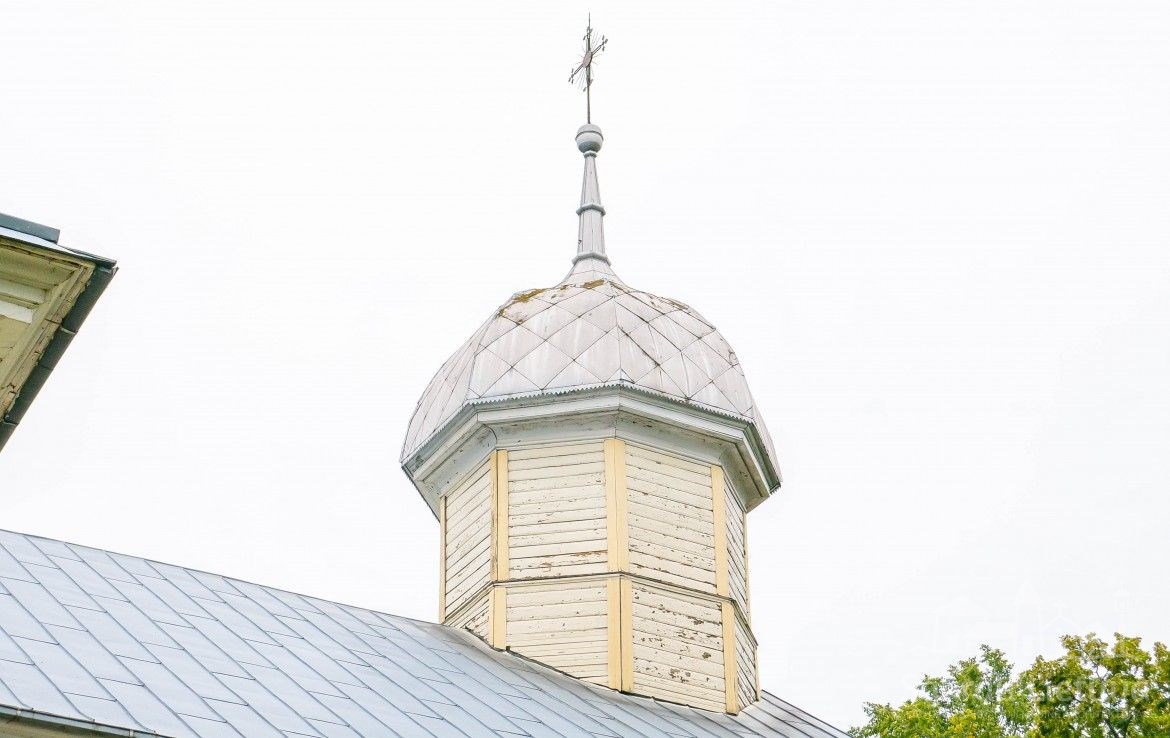 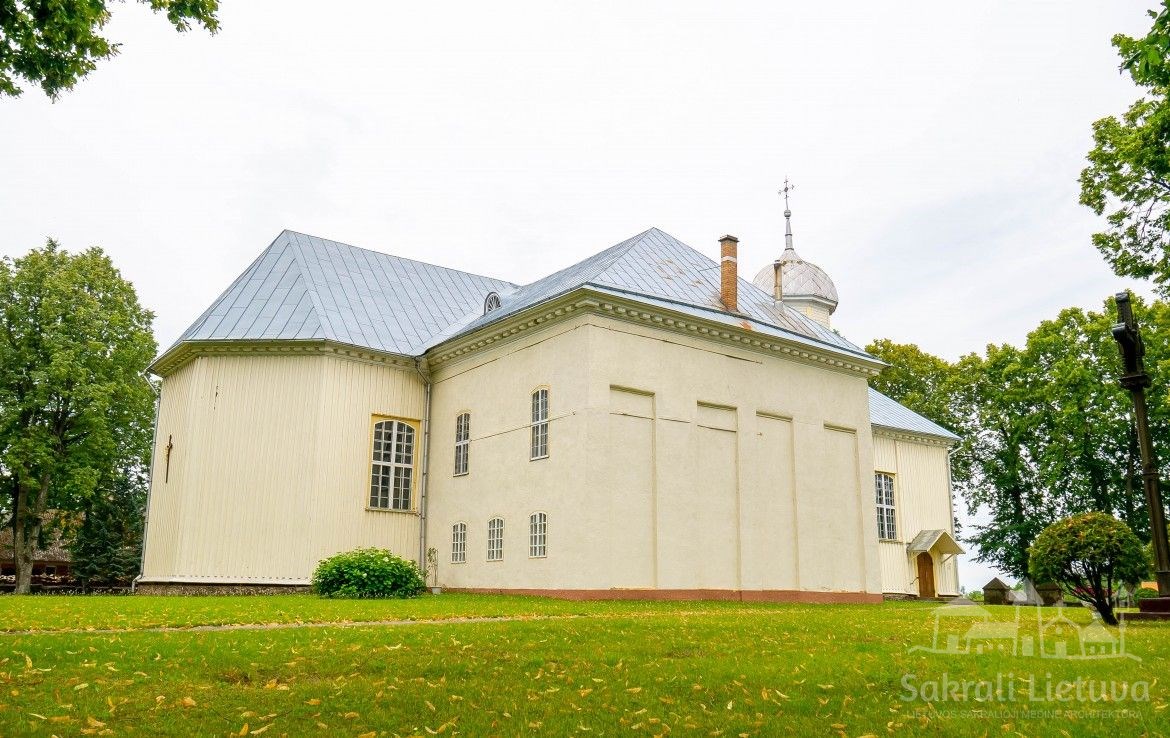 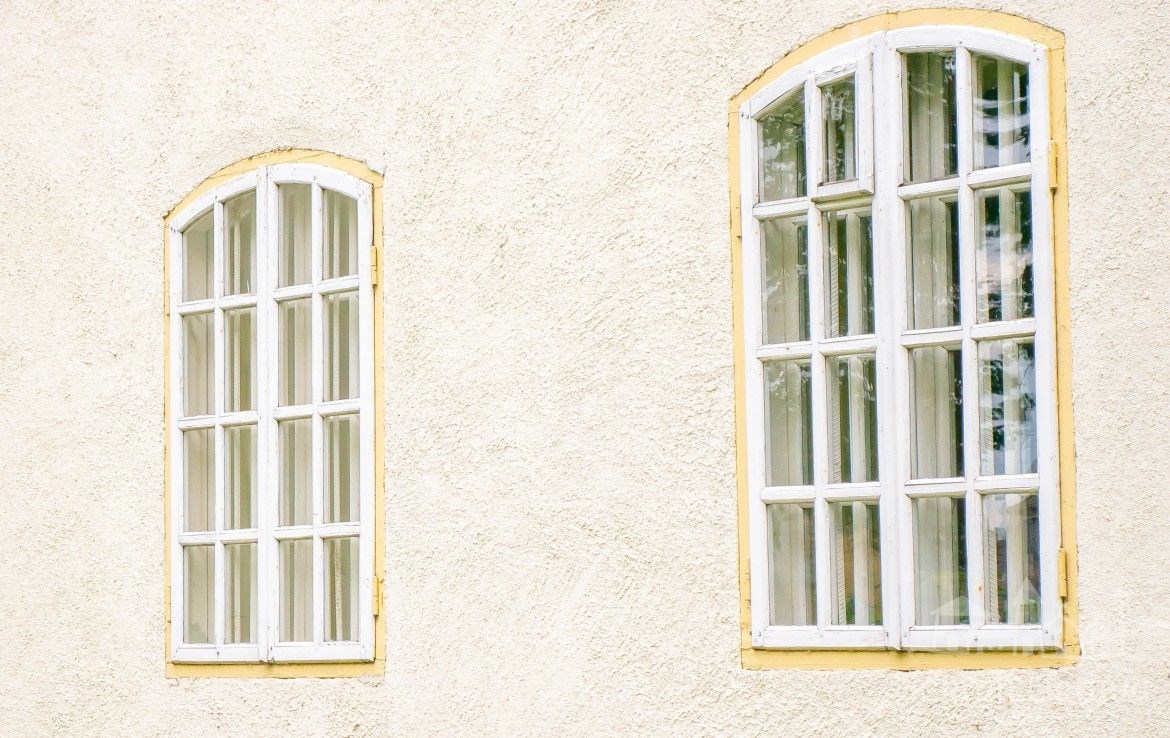 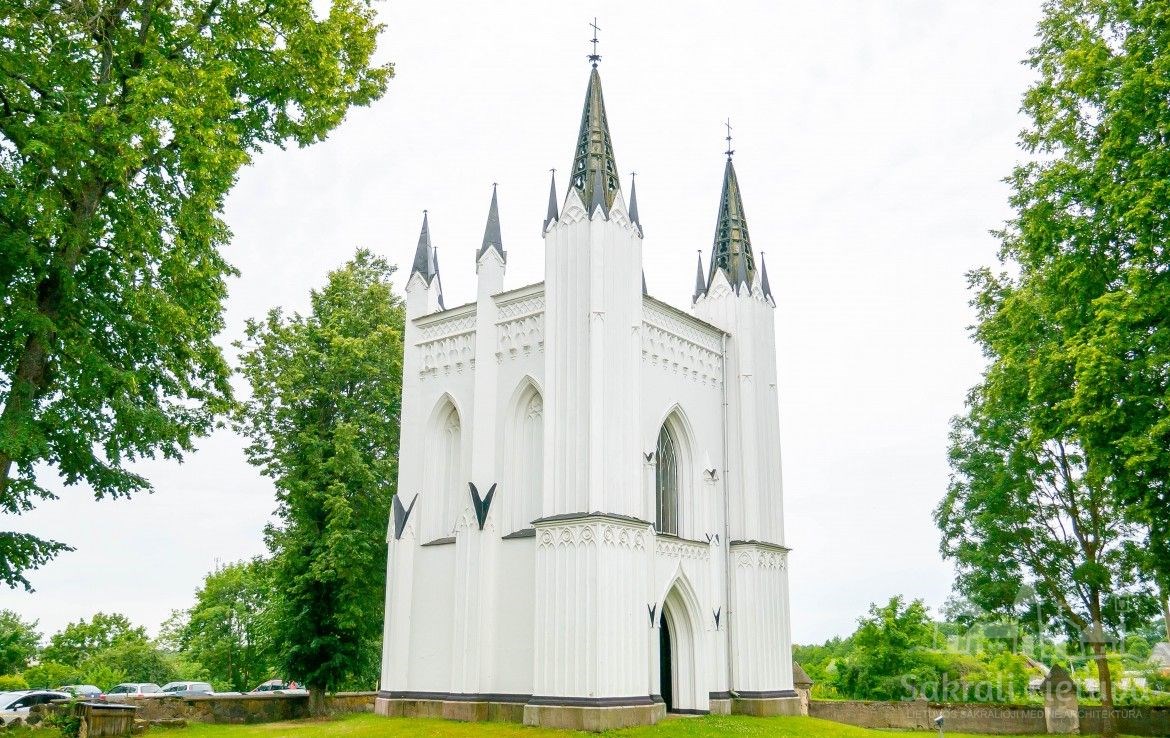 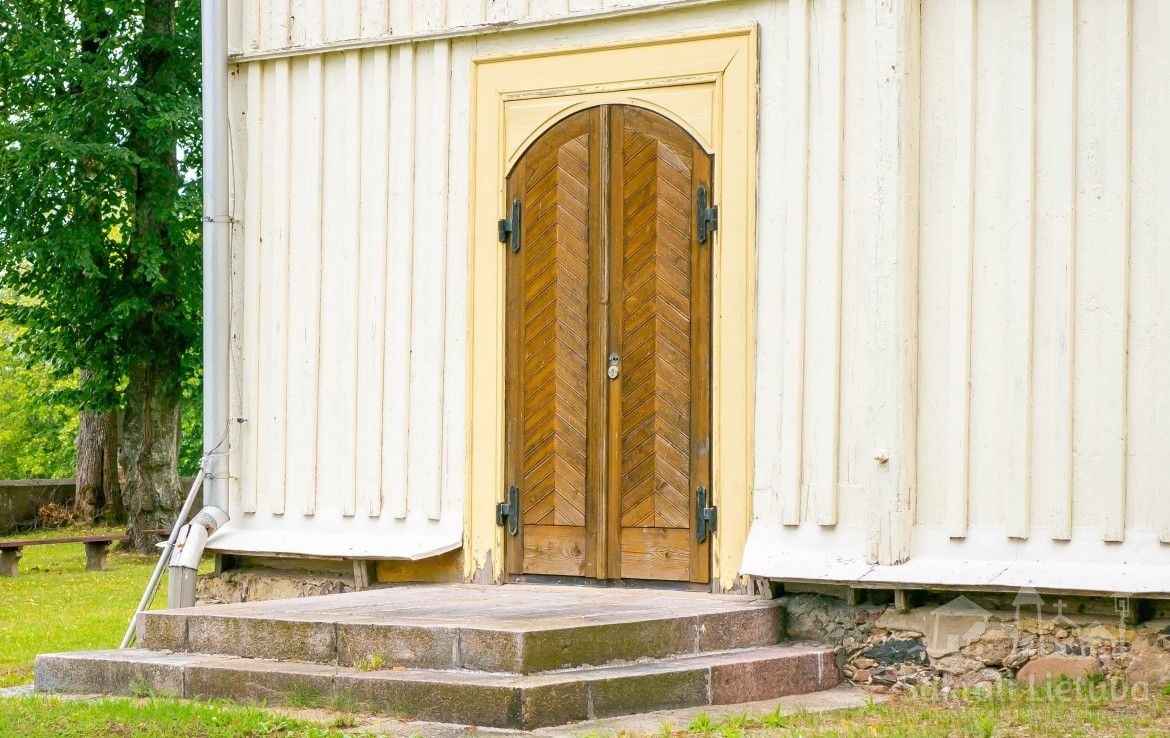 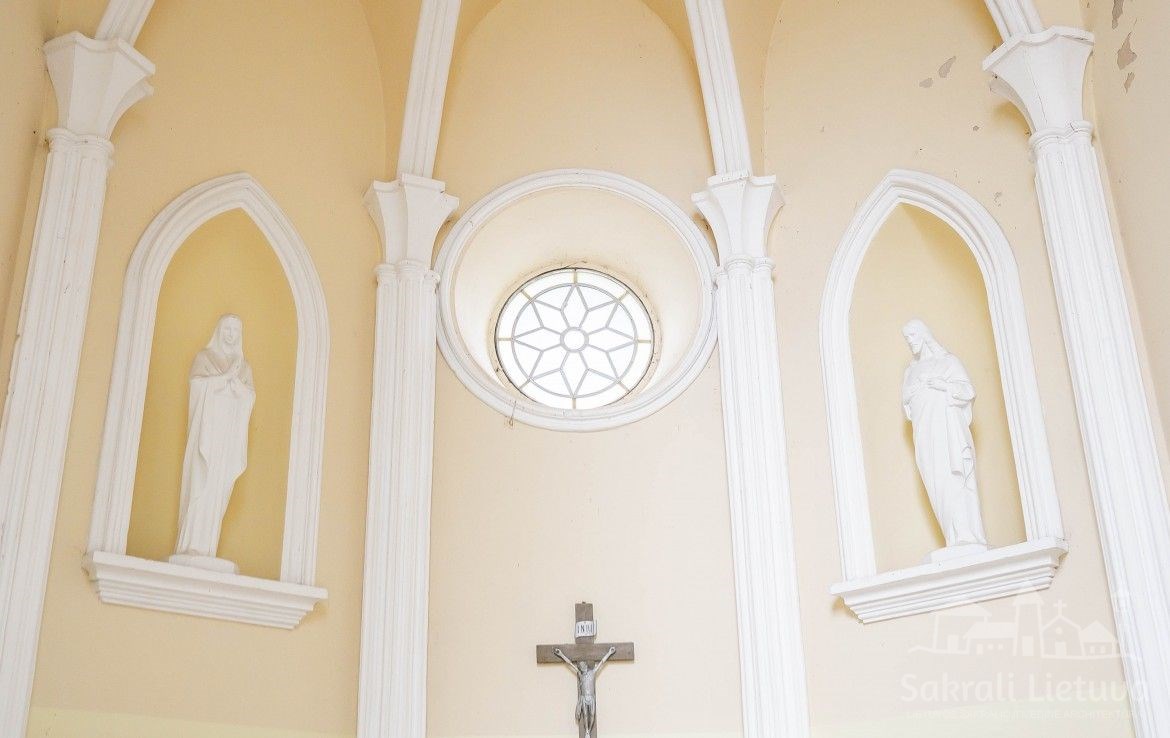 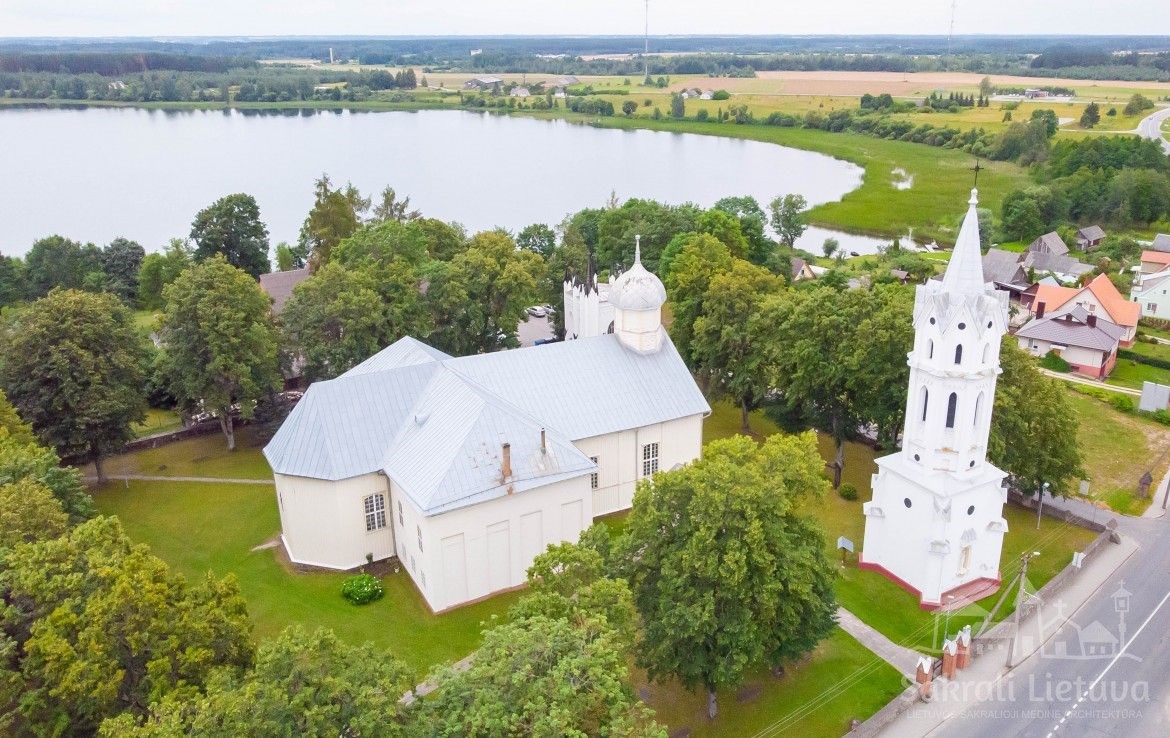 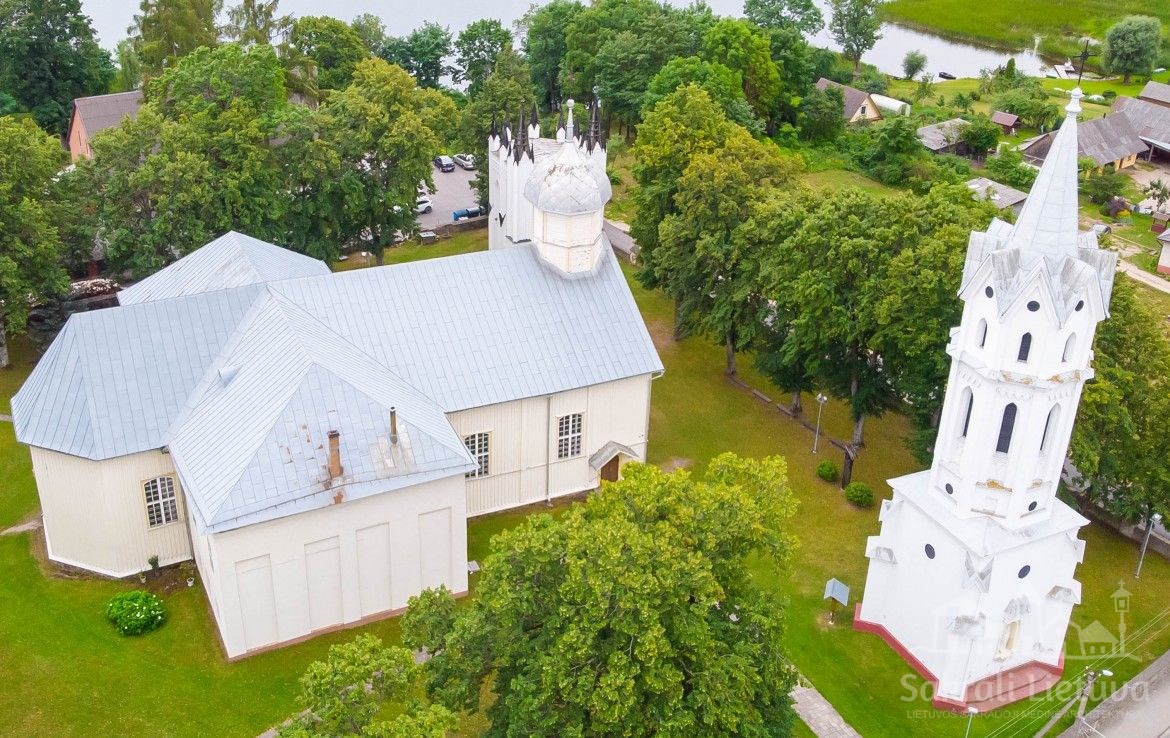