Chapel of Blessed Virgin Mary Star of the Sea

In 1929, the prelate Dr. Jurgis Galdikas, when he was an inspector and lecturer at Telšiai Priest Seminary, built a wooden church on the bank of the Šventoji River, a kilometer and a half from the fisherman’s harbor under establishment, in the territory of his sister Monika Kaunienė’s country house. He boardedt the church interior and exterior with wooden planks, and covered the roof with galvanized steel sheets. The builder drew up a draft layout of the church himself. The church was named Stella Maris – Mary, the Star of the Sea. The title is expressed in an artistic painting above the altar. It is said that there was a big sea storm that year, which caught fishermen at sea, and some of them drowned, some of them saved themselves. In order to thank Mary for their salvation, the living fishermen barged materials for the church hat were prepared by a furniture workshop in Klaipėda to Šventoji. Material from Šventoji was transported to the construction site and installed there. As the distance between Palanga and Šventoji is 12 km, the builder entrusted the church to the bishop of Telšiai and allowed service provision to be provided there for the inhabitants of the developing town and its surroundings. It became the focal point of the later-established Šventoji Parish. The main facade of the chapel has two memorial plaques dedicated to the chapel builders Jurgis and Valentinas Galdikas.

The folk architecture chapel has a rectangular layout, and its main entrance is located in the center of the main façade. It also has a small belfry turret and a sacristy annex on the southeast side. The chapel is covered with a two-sided roof and the turret – with a four-sided roof of steel sheets. The walls are boarded with wood panels, and the struts are reinforced with wooden stepped buttresses. The window openings and niches are arched, the openings in the side facades and the turret are arched and paired. The facade decoration is moderate, and creating the aesthetical look by splitting the side facades with vertical wooden buttresses, the stepped wooden cornice, and different boarding types: the upper building part is boarded with horizontal planks, and the bottom one – with vertical ones. The choir and belfry turret inside the building are supported by wooden columns. The choir space is separated by a wooden fence of carved balusters. The interior walls and ceilings are also covered with wooden boards. The chapel has one altar installed at the back of the building. Unfortunately, some of the décor and the original artwork here were destroyed. 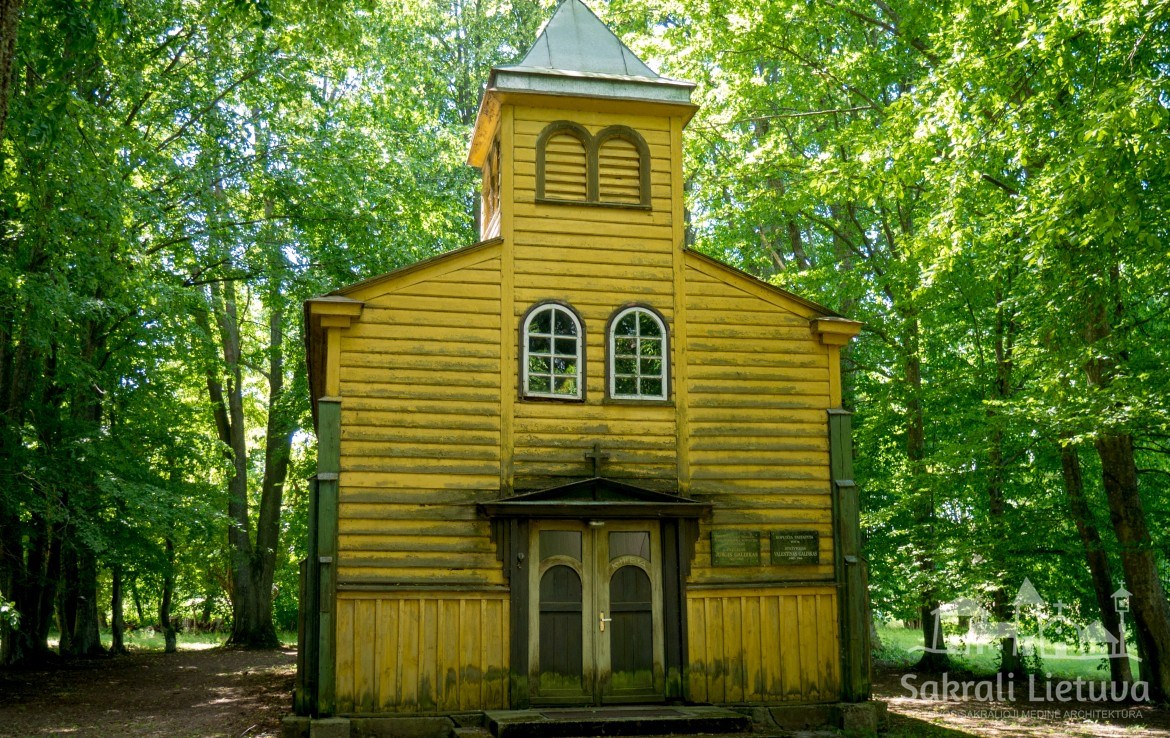 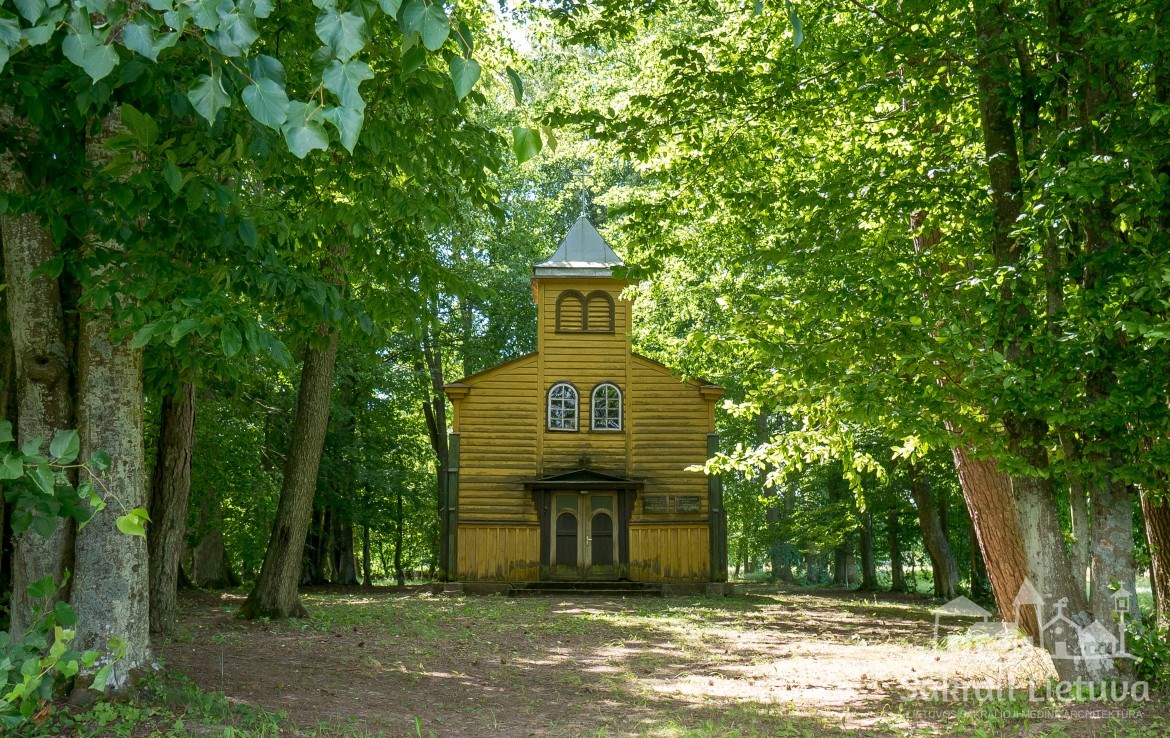 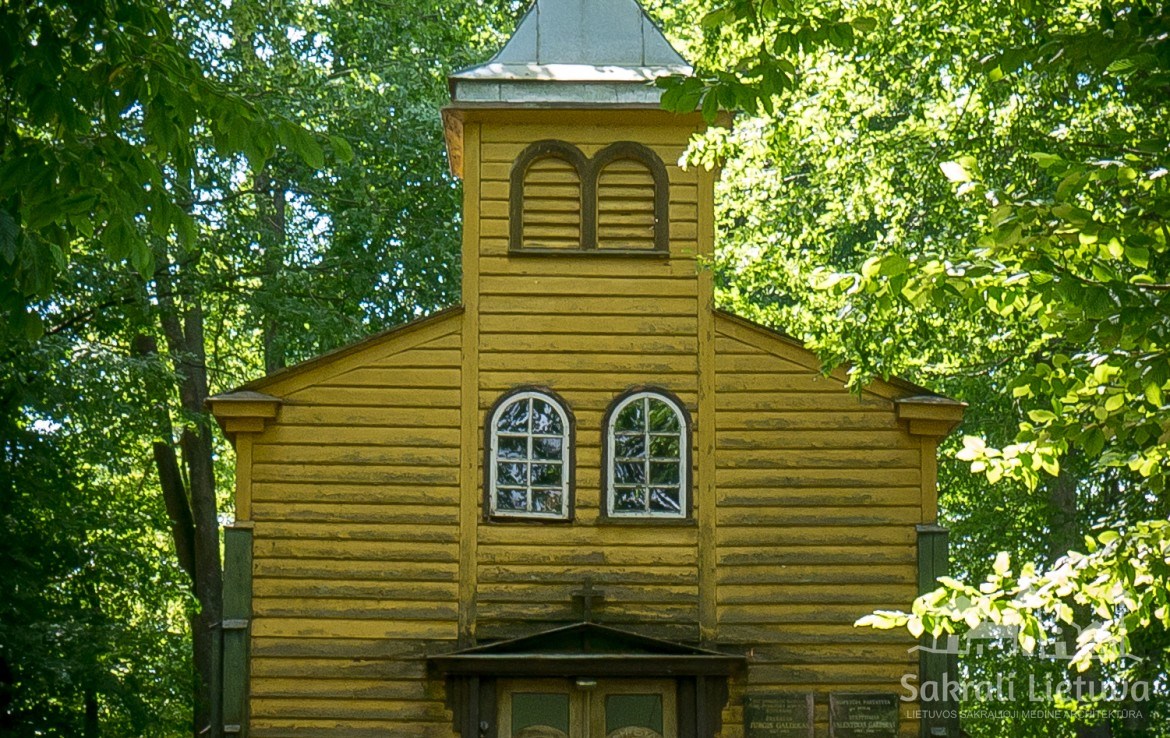 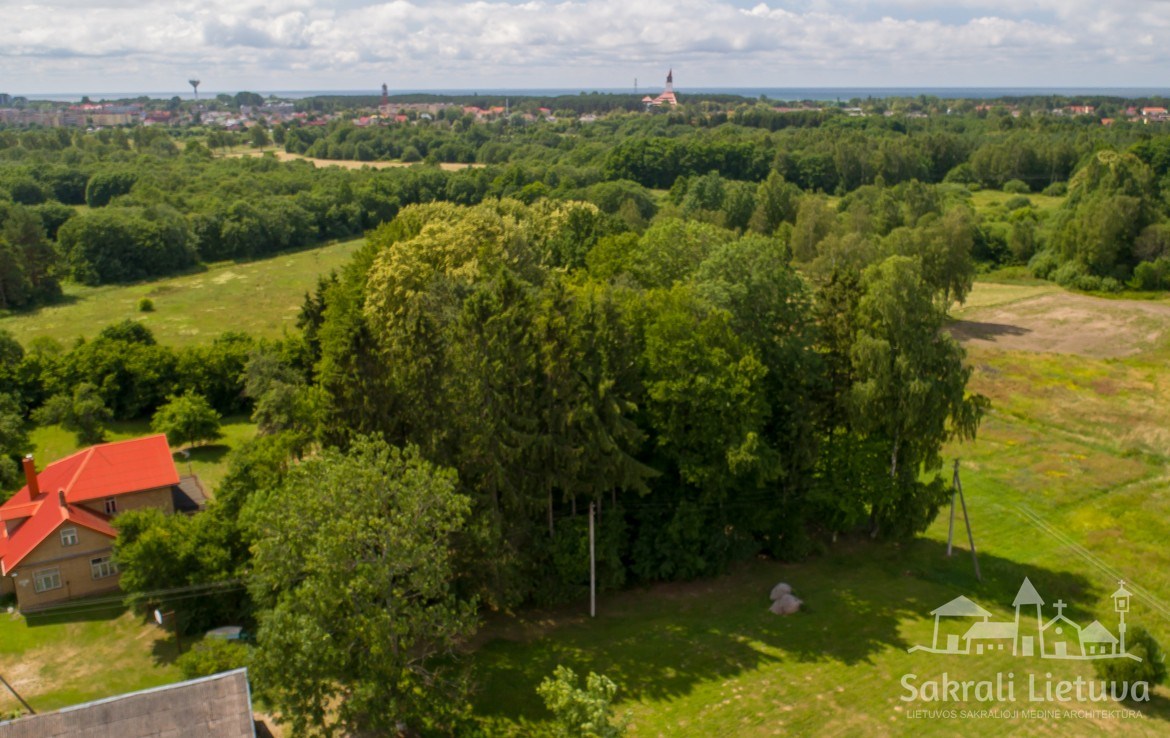 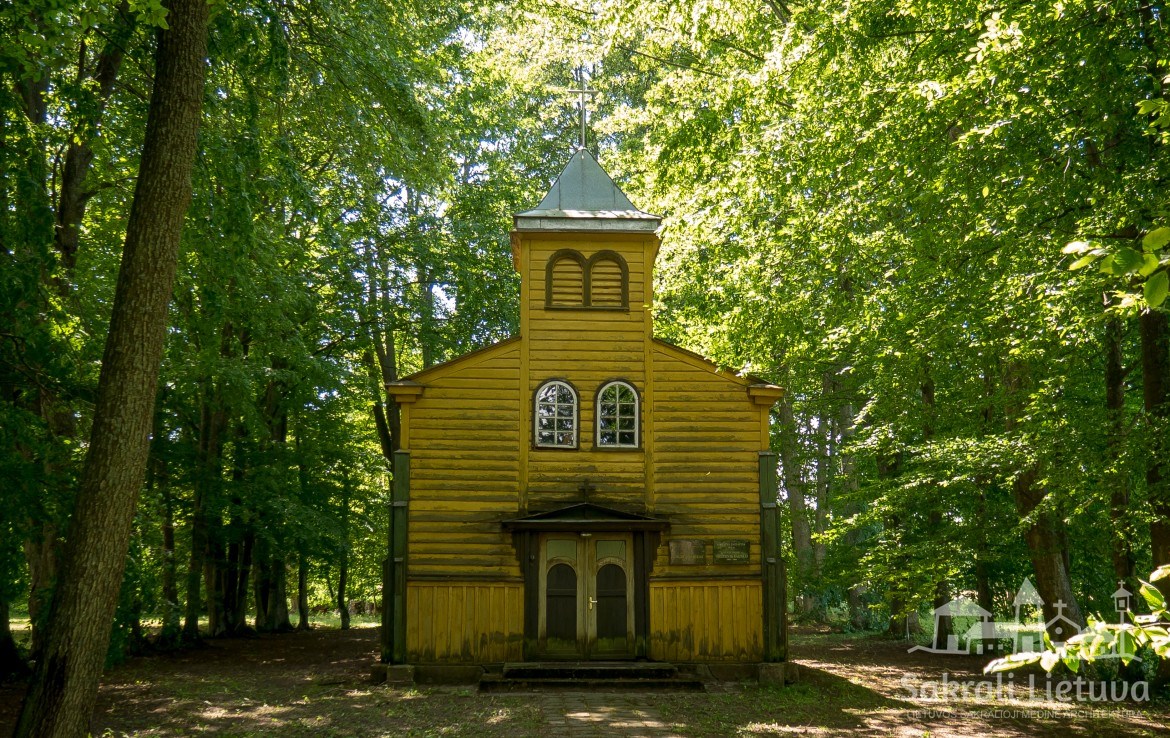 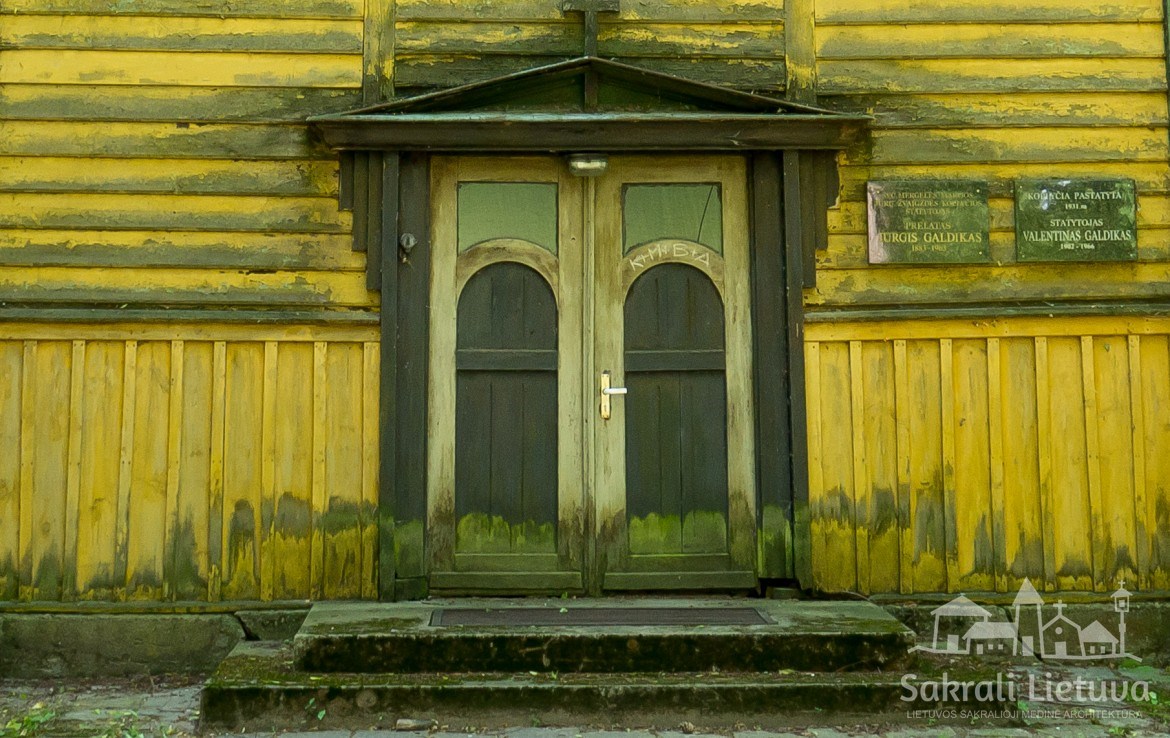 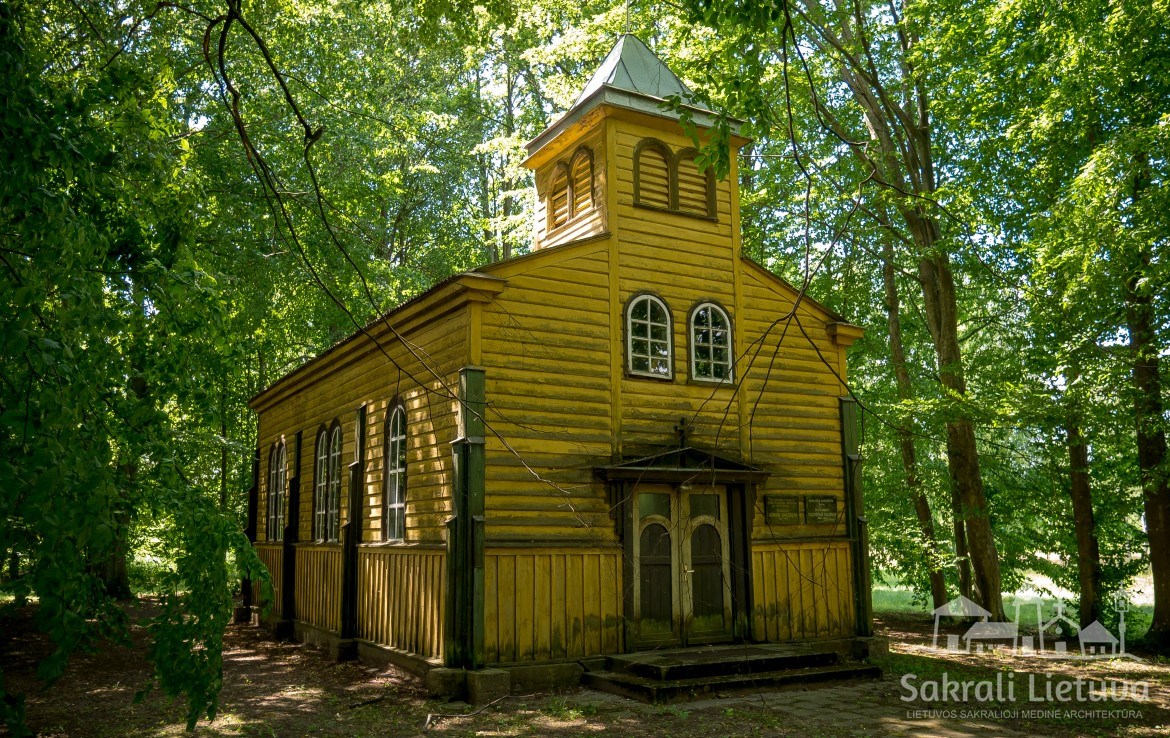 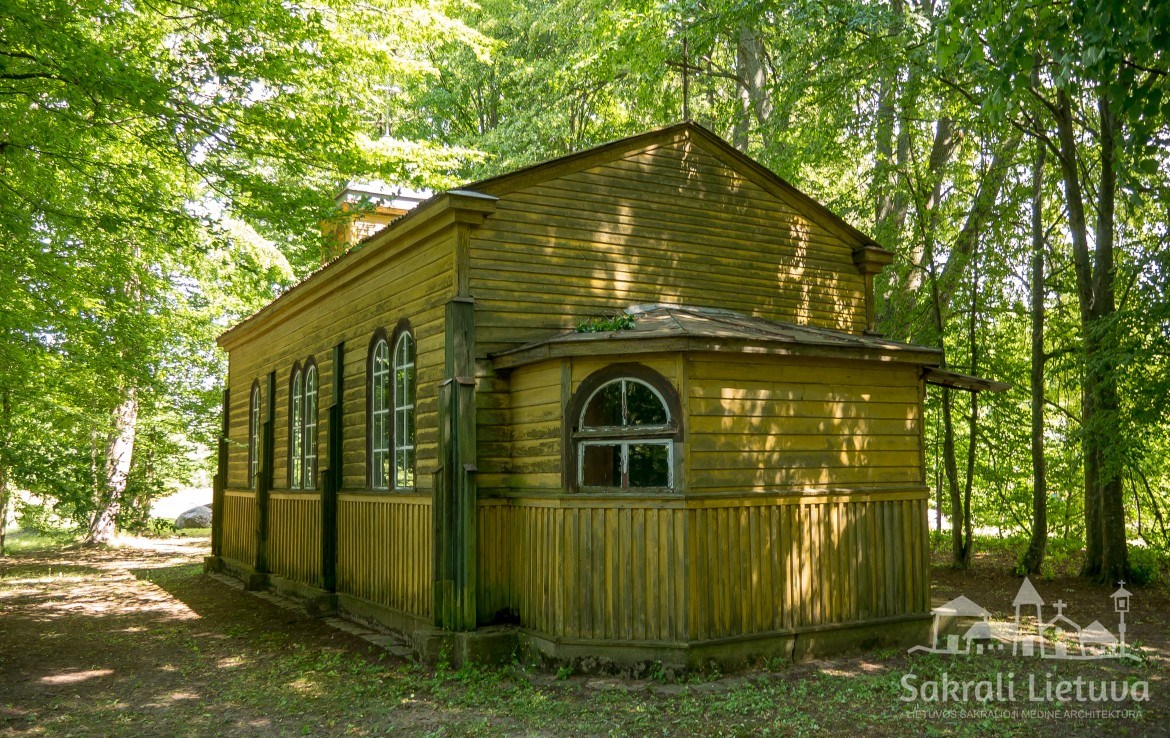 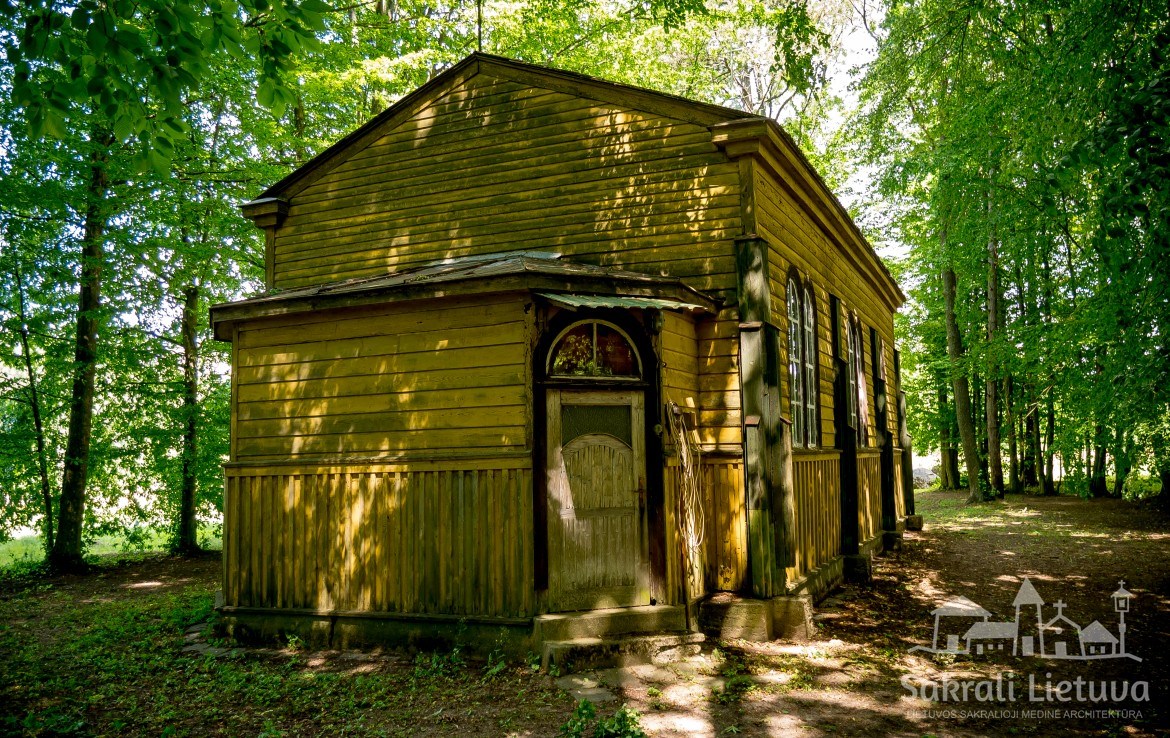