The history of Sutkai Church begins in 1825, when a chapel was built at this place. A decade later (1835) the sacristy was attached to it, and eventually the chapel of Sutkai became the church holding the title of the Church of St. Virgin Mary, Prisoners Liberators of Sutkai. The parish was founded much later, only in 1918; and thanks to the pastor of the church of that time, Stasys Rauba, parsonage buildings were constructed in 1920.

The church of the forms of folk architecture is characterised by harmonious proportions and expressive silhouette. The church of the rectangular plan is pseudo-basilica. The central nave is extended by the presbytery with a triple apse and a chapel from the southern side. The structure of the tin roof is quite interesting: the main volume with the presbytery has a gable roof, the roof the apse is three-slope, and the lateral naves have separate single-slope roofs. The quadrilateral turret cut into the roof raises from the trapezoidal shield of the main façade. The turret contains four rectangular acoustic openings, pyramidal roof and a large onion pedestal of the cross as well as the ornamented cross. One more trapezoidal pedestal with the cross stands on the ridge of the apse. Double-leaf doors with a rhombus pattern and skylights are situated in the front façade. Above them there is a decorative roof with a triangular herring-boned pediment. The roof and two lisenas situated at the sides of the doors are like an imitation of the portico. The quadrilateral window with an architrave, intended for the illumination of the choir area, is situated in the second section of the façade. Windows of the lateral naves are also quadrilateral; however, they have a decorative glazing creating a cross ornament. The church is cladded vertically; the junctions of the boards are cladded using slats. Two-step stairs lead to the prayer house.

The interior of the Church of St. Virgin Mary, Prisoners Liberators is quite interesting – the nave part is not divided by columns. The naves are covered with flat ceiling. The most decorative is the grand central altar with wide wings carved in relief as well as the picture of “Mary Patron of Christians”. Lateral altars, matching to the central altar, also have the Baroque expression, though they are much more modest. The church is also decorated by the sculptures “Crucifix I”, “Crucifix II”, and “Saint Barbara”. The organ choir is decorated with the board fence enriched with the fretwork ornament. The organ prospectus reproduces the form of the lyre. The interesting fact is that in the past the walls of the church were not painted but covered with canvas. Now the interior is left with natural wood.

The churchyard of Sutkai Church, where the cemetery and the Lourdes are situated, is surrounded by a fence of wooden structures. 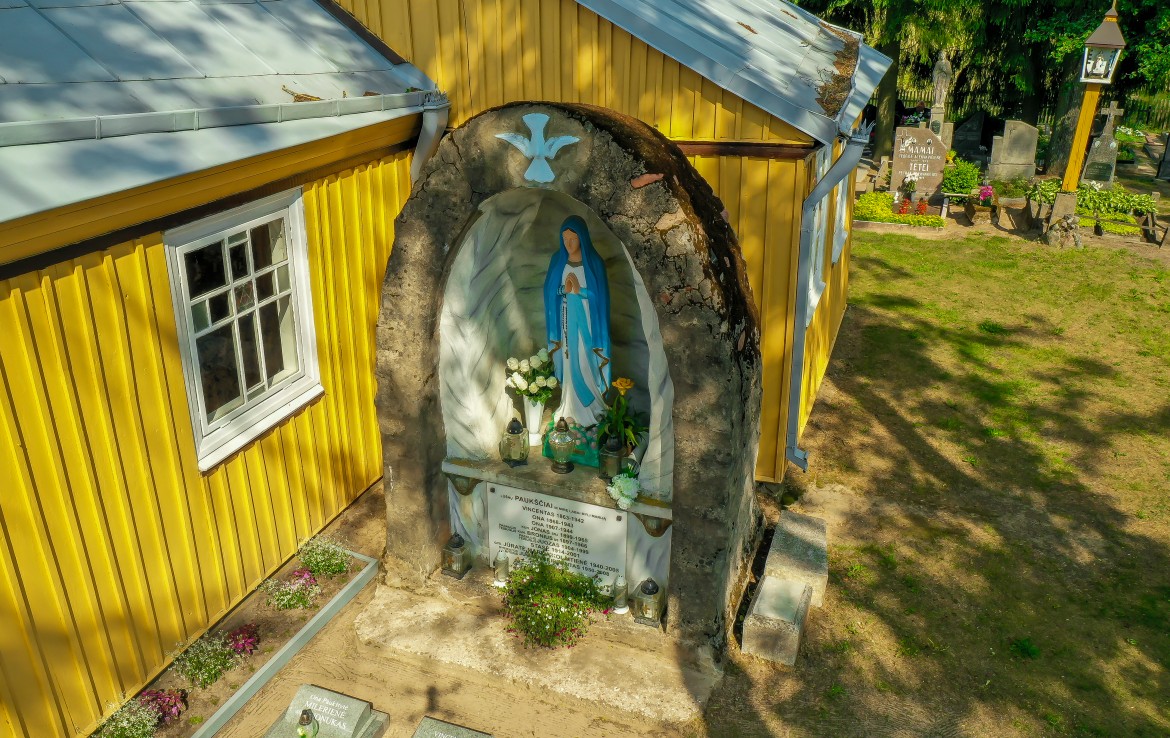 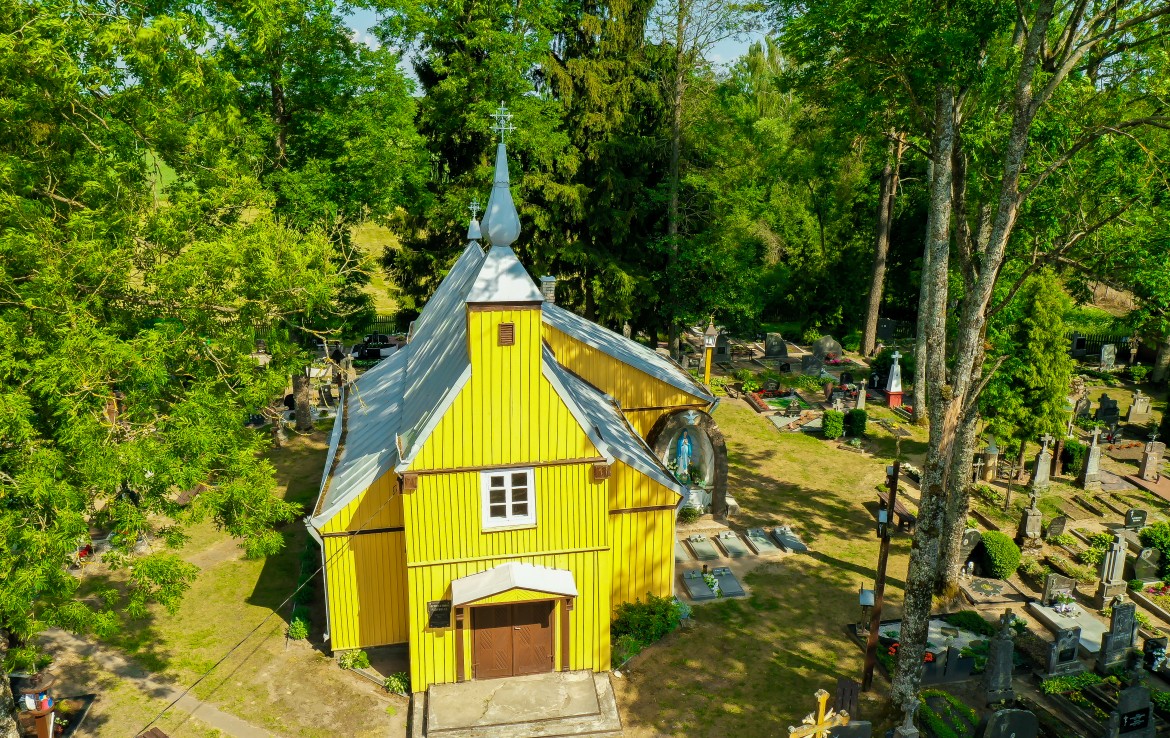 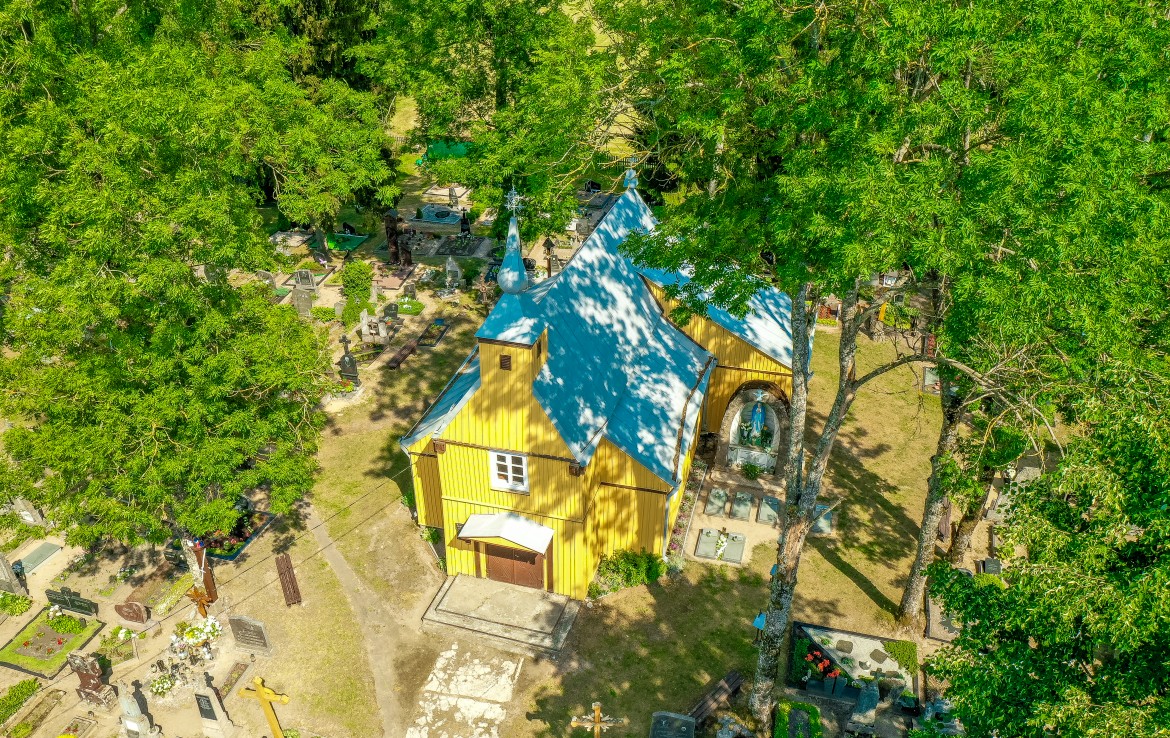 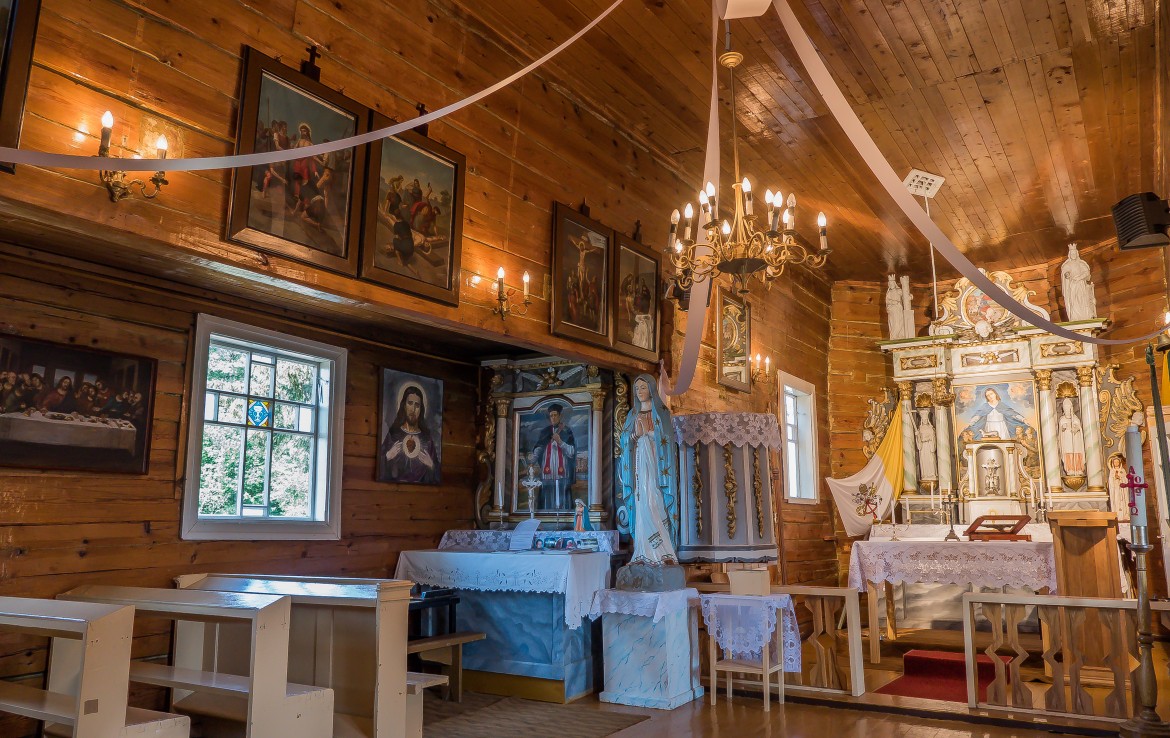 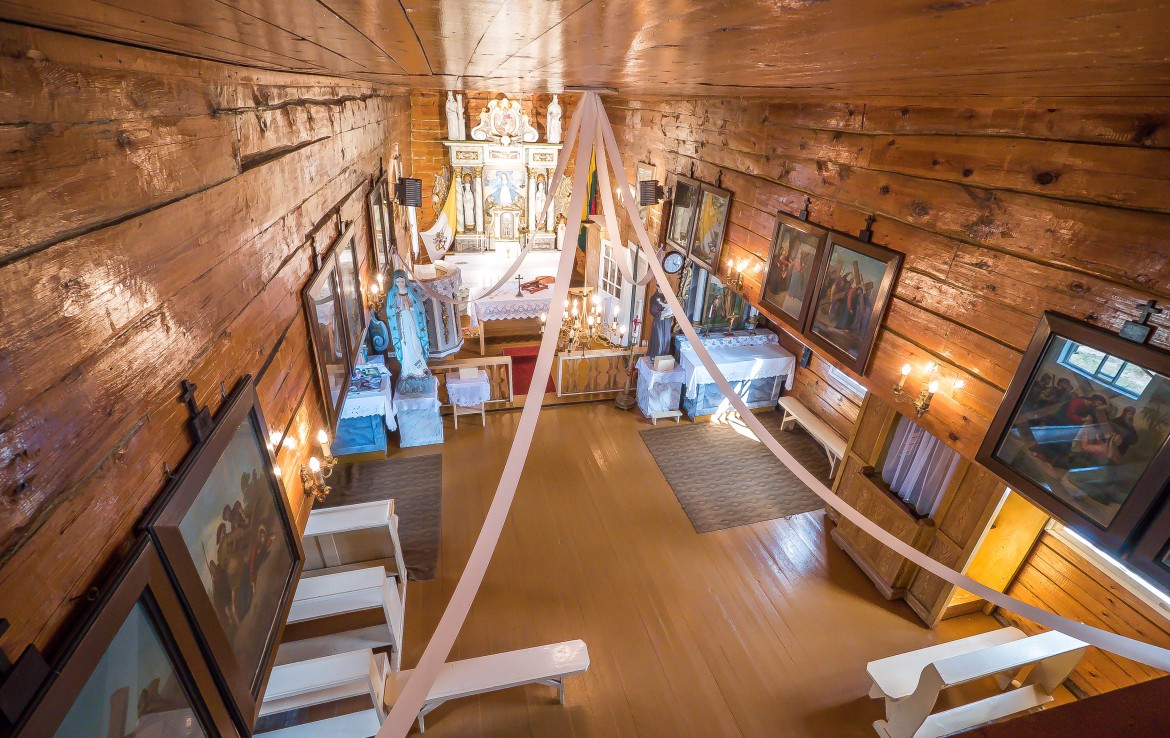 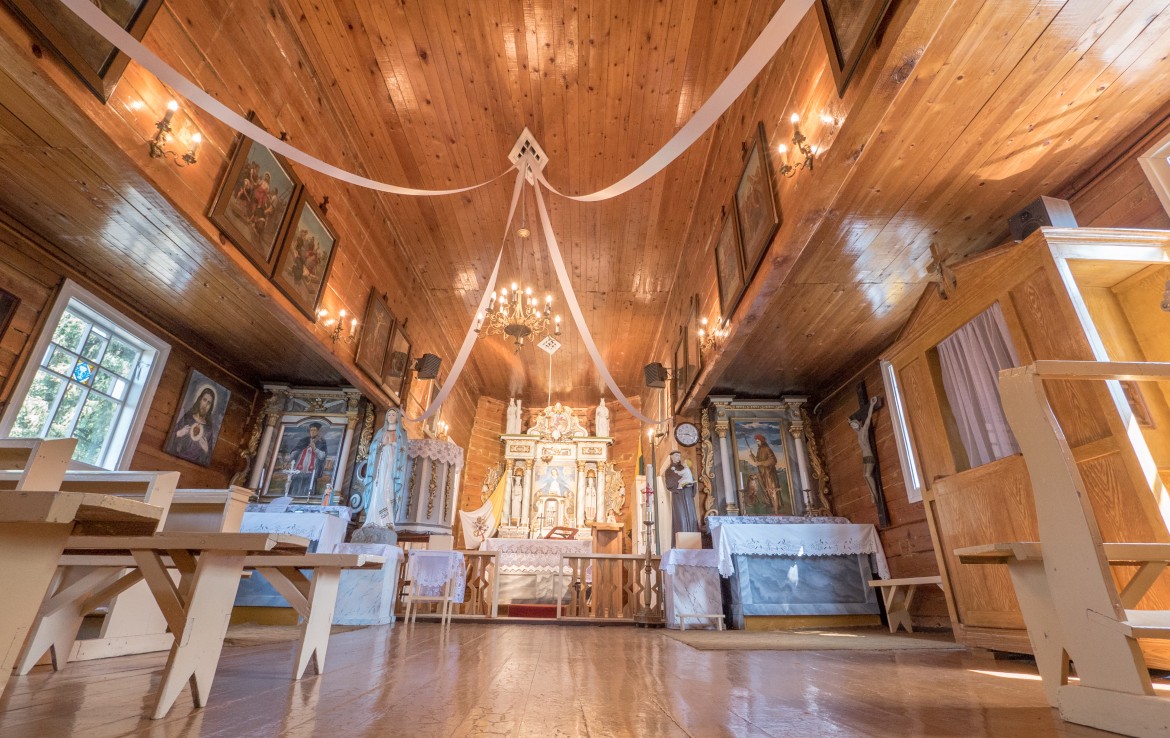 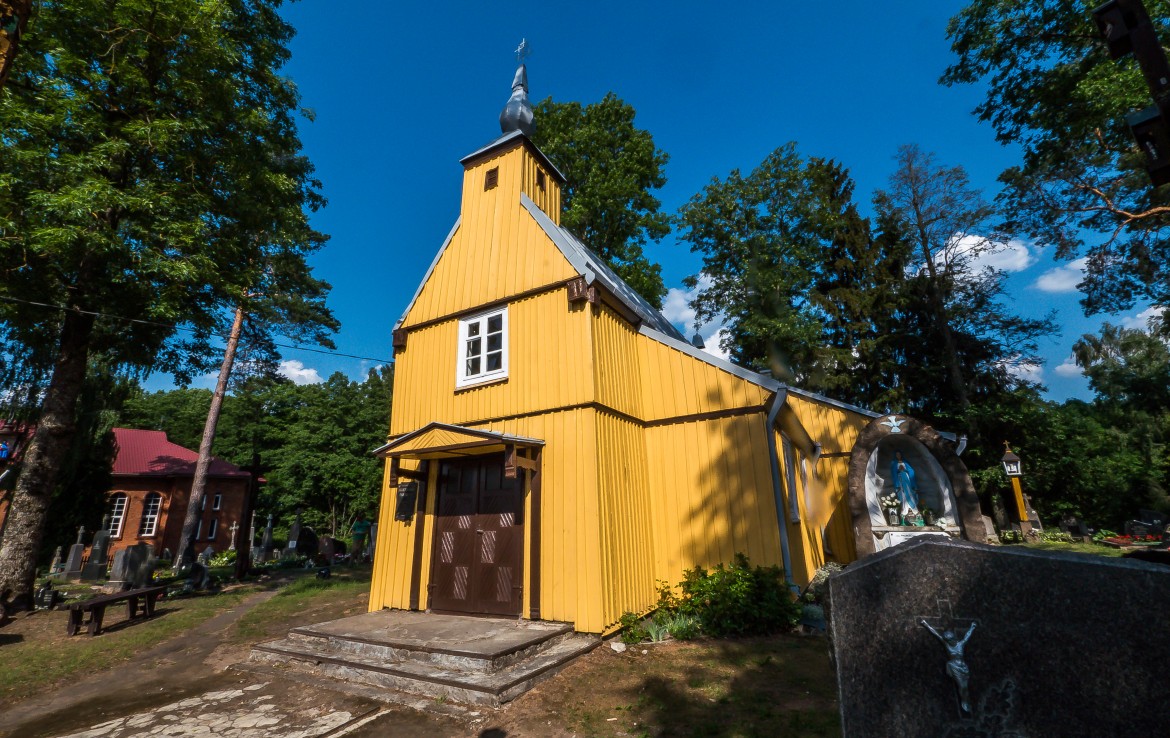 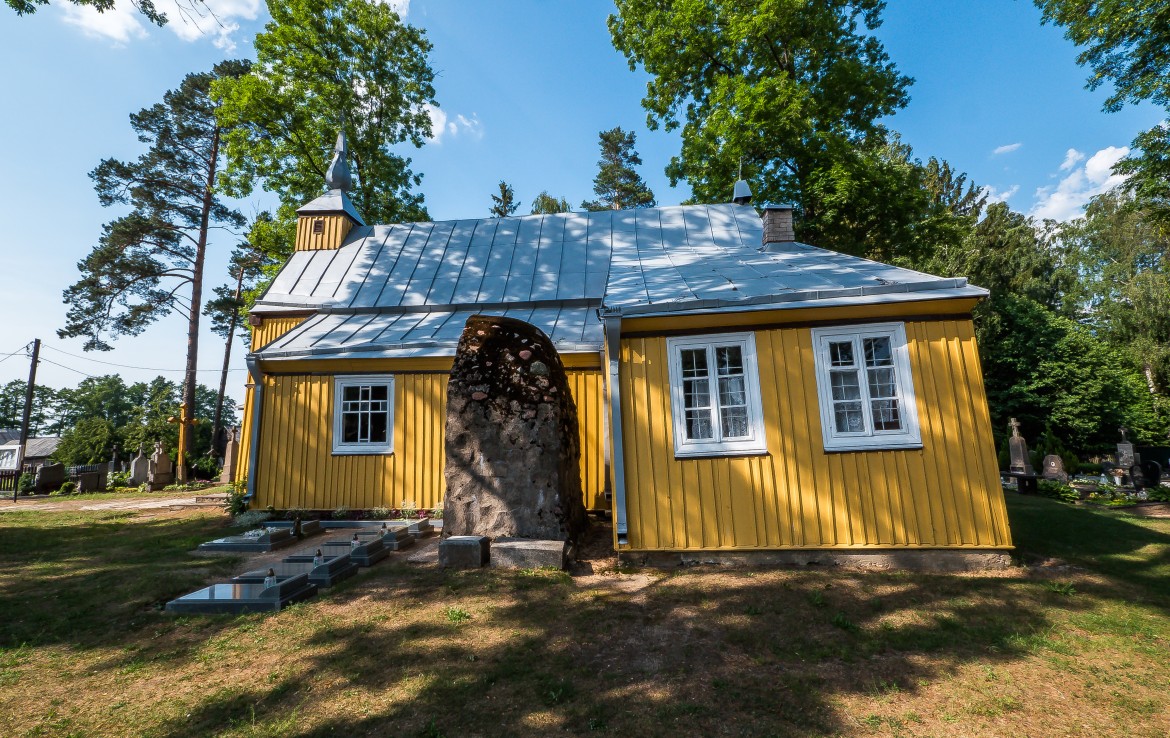 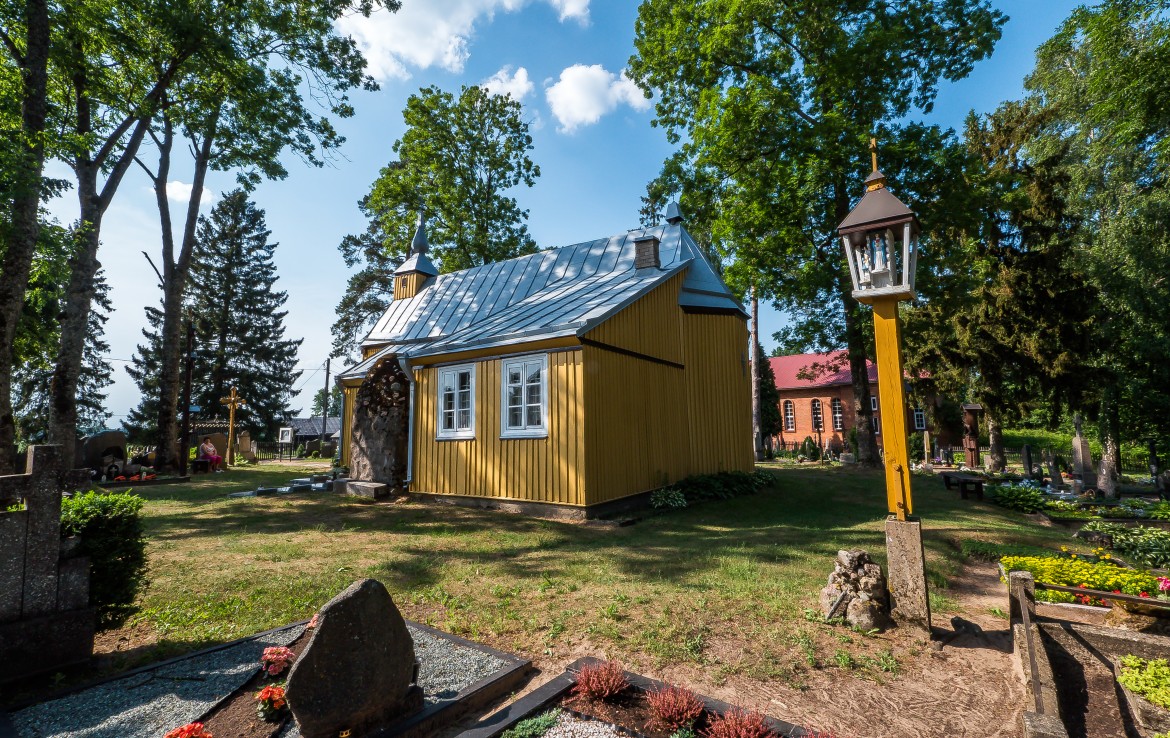 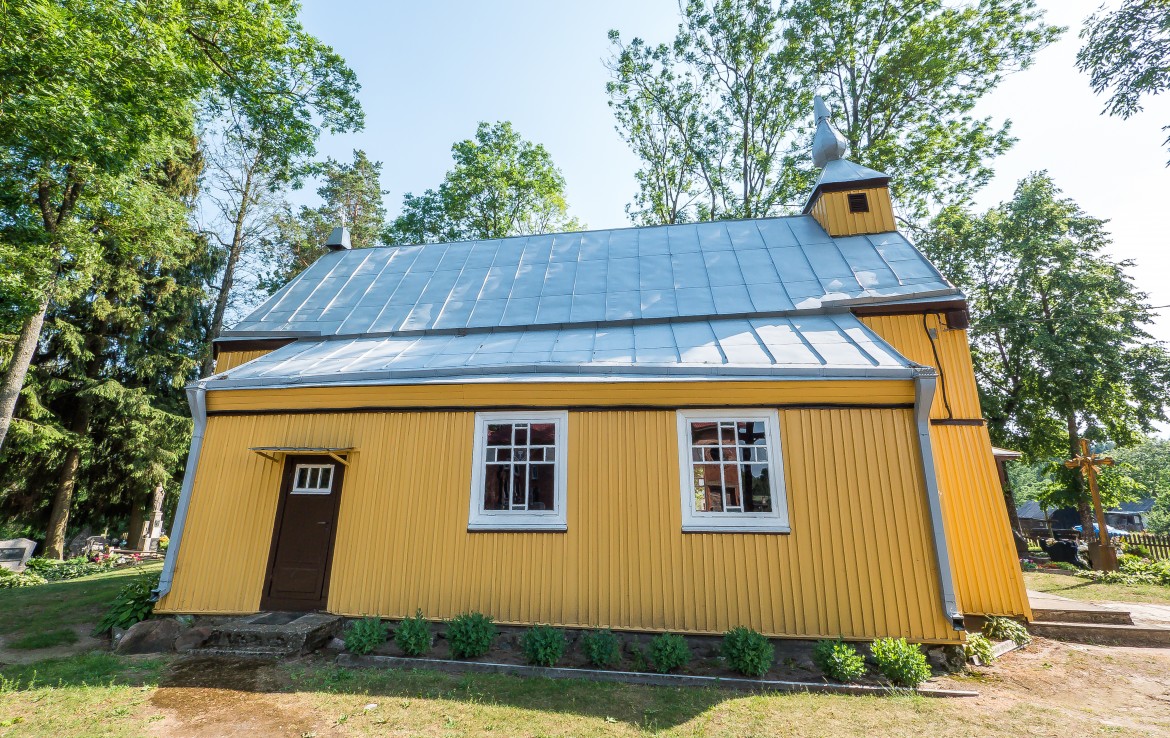 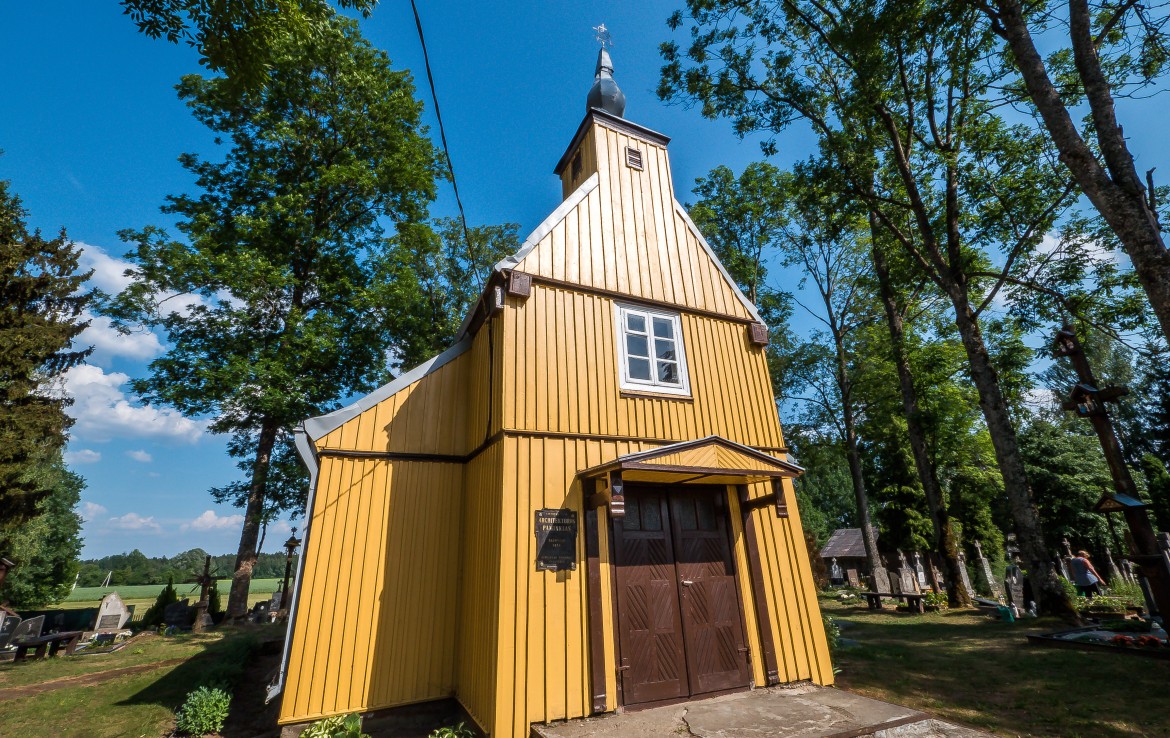 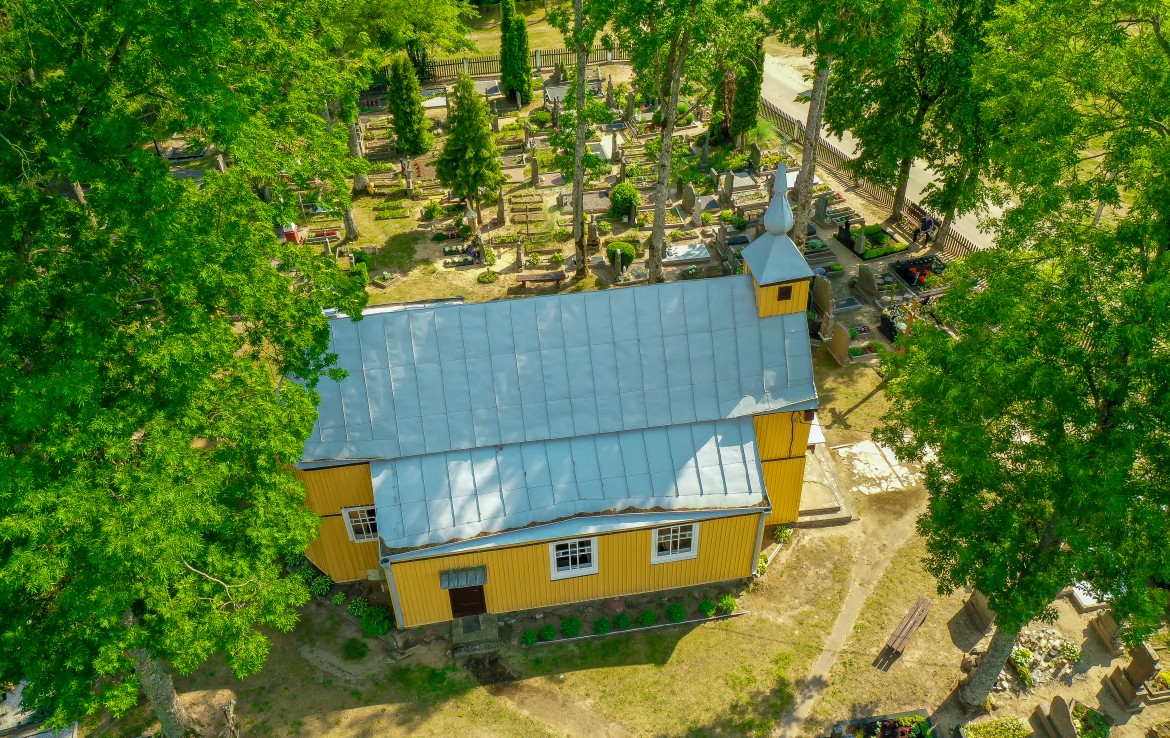