The roofed pole is an ethnographic pole with one or more ornamented folk roofs covering statuettes of saints or crosses. Presumably they have evolved from small tombstones that were one to three meters high, similar to krikštai (Lithuanian burial monument of oldest type, typically carved of wood) with or without small slanting planks, with or without a crosspiece. Roofed poles were built on roadsides, at country houses, sometimes in cemeteries mainly in Samogitia, Eastern Aukštaitija, Dzūkija.

They are usually three to eight meters high: small roofs of various shapes are fixed to a pole with a rectangular, polygonal or circular base. The top roof is fitted with an openwork wrought metal top (the sun), and wooden polychrome sculptures are installed under the small roofs on one, two or four sides. The edges of the more ornate roofed poles (sometimes also the supports and shafts) are richly decorated with openwork stylized geometric or plant motifs.

The roofed pole at a country house in Kuliai is single-storey, of a relatively simple structure: a wooden pyramidal roof decorated with a profiled spike is installed on a pole of a round cross-section. Its sides are ornamented with two small openwork supports carved in plant motifs. A wooden cross with a crucifix is installed instead of a saint’s statue under the roof.

The top of the roofed pole is decorated with an ornamented wrought iron sun-cross with sun and moon symbols. Such sun-crosses predominantly decorate cemetery gates and chapel roofs. In pre-Christian times, the cross represented the model of the countries of the world, later the symbol of the sun, and afterwards became one of the many elements of ornamentation still seen in various branches of folk art.

Crosses are especially dominated by the sun, the symbol of light and fire. Lithuanians long believed in the cradle of eternity, the holy fire that they expressed in ornamental patterns. Following the christening of Lithuania, folk masters, by introducing elements of Christian symbolism taken from the Catholic liturgy, sought to make the monuments look Christian and prevent Catholic bishops’ prohibition to build them in public places. In this way, old pre-Christian symbols were brought to sacred folk art and blended with the symbolic elements attributed to Christianity.

Blacksmiths making iron crosses easily depicted a baroque monstrance with conventional rays that was very similar to the sun symbol. Such forged crosses adorn Lithuanian wooden churches, belfries, churchyards, cemetery gates, chapel poles, roofed poles, chapels of the 18th – 19th centuries. The symbols of the sun, moon and stars arrived under the influence of Romanticism as elements of the pagan Lithuanian religion. The appearance of these symbols was influenced by the clash between Eastern and Western Christianity in Lithuania. 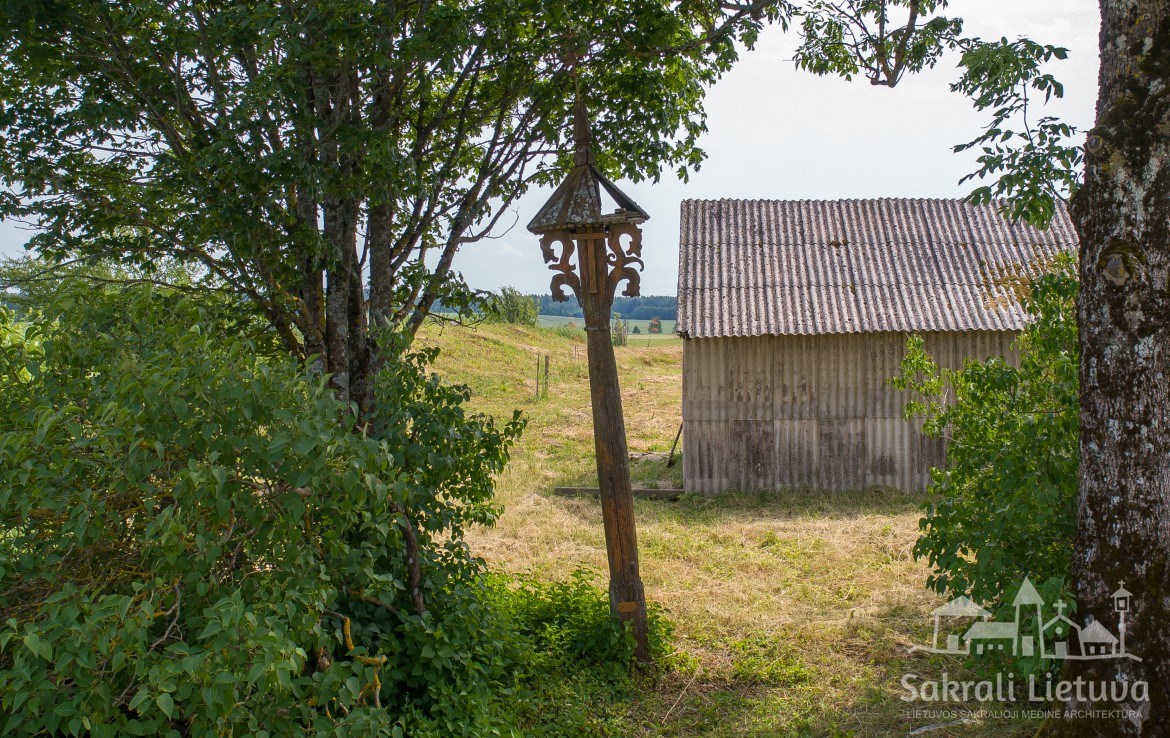 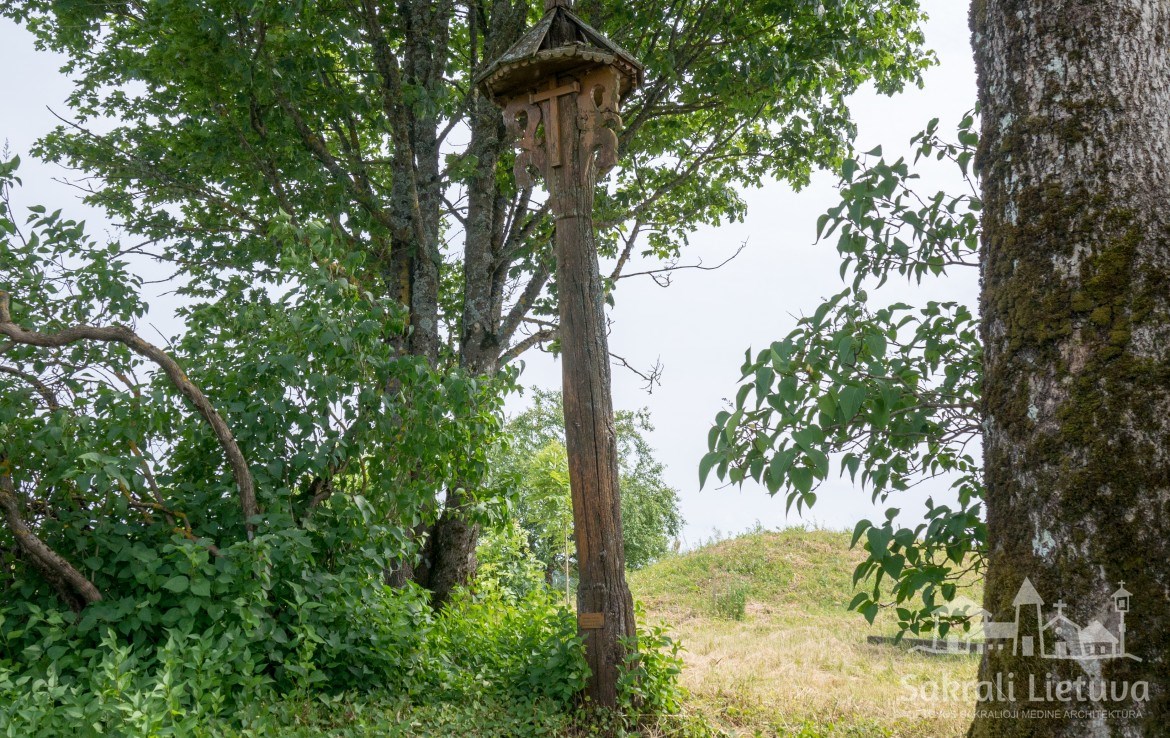 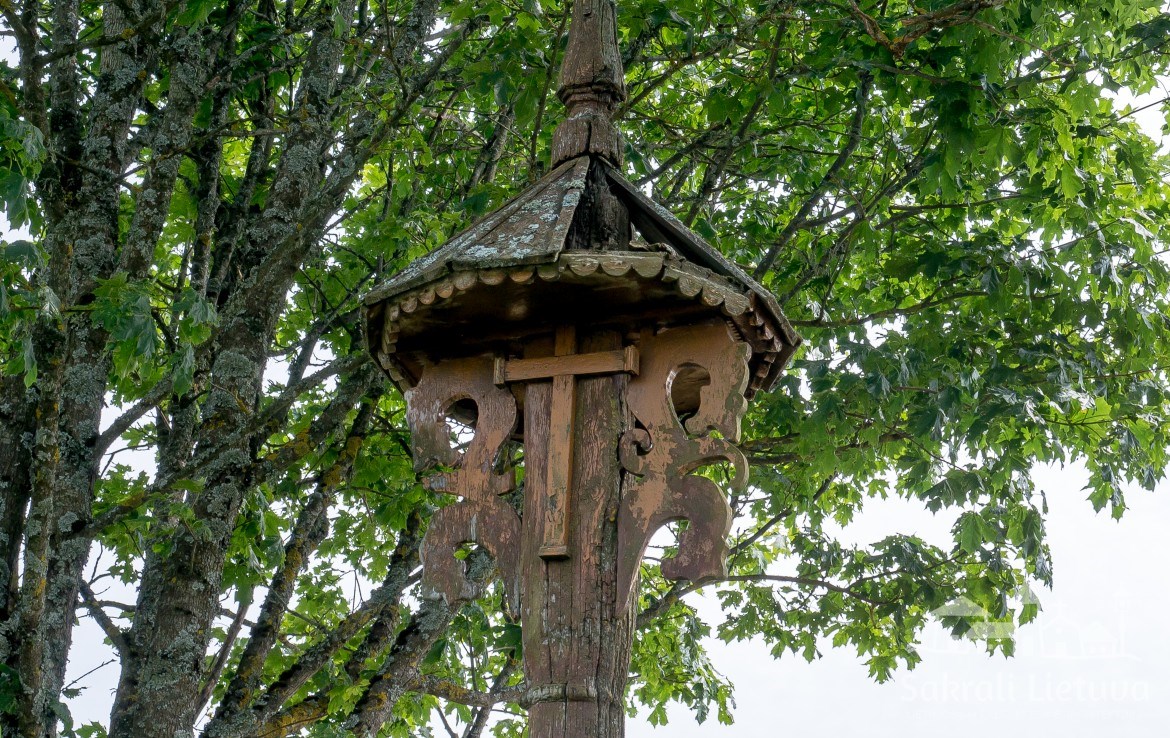 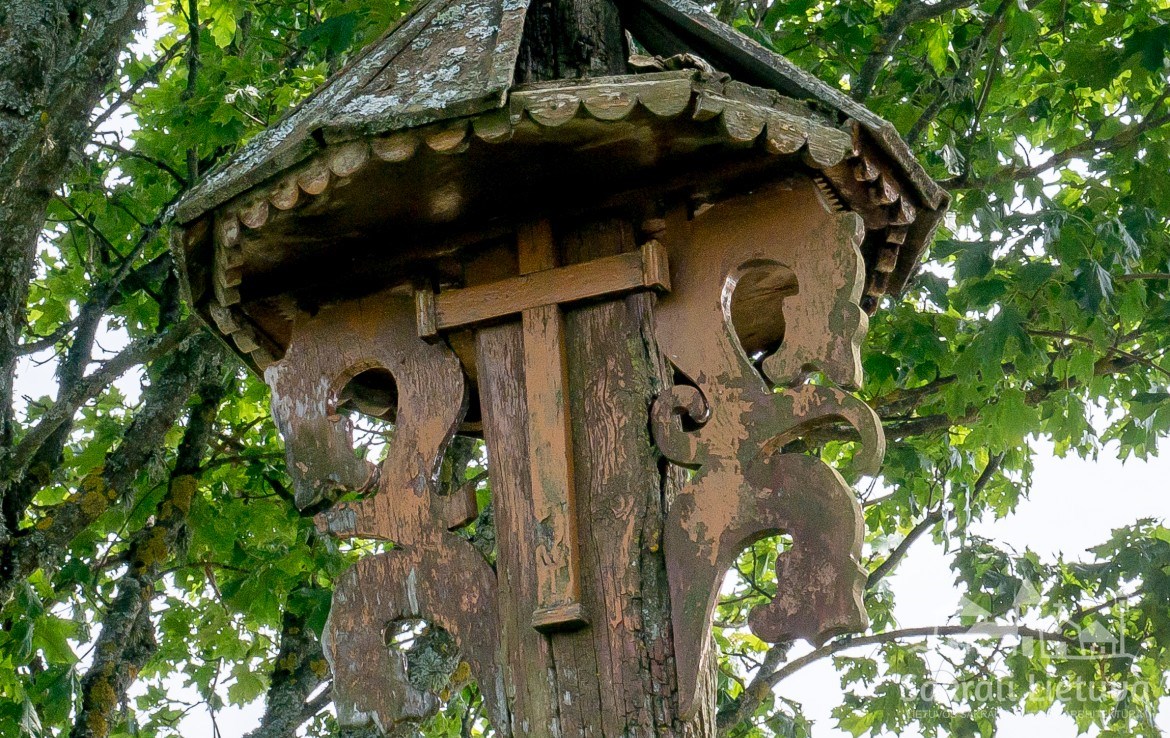 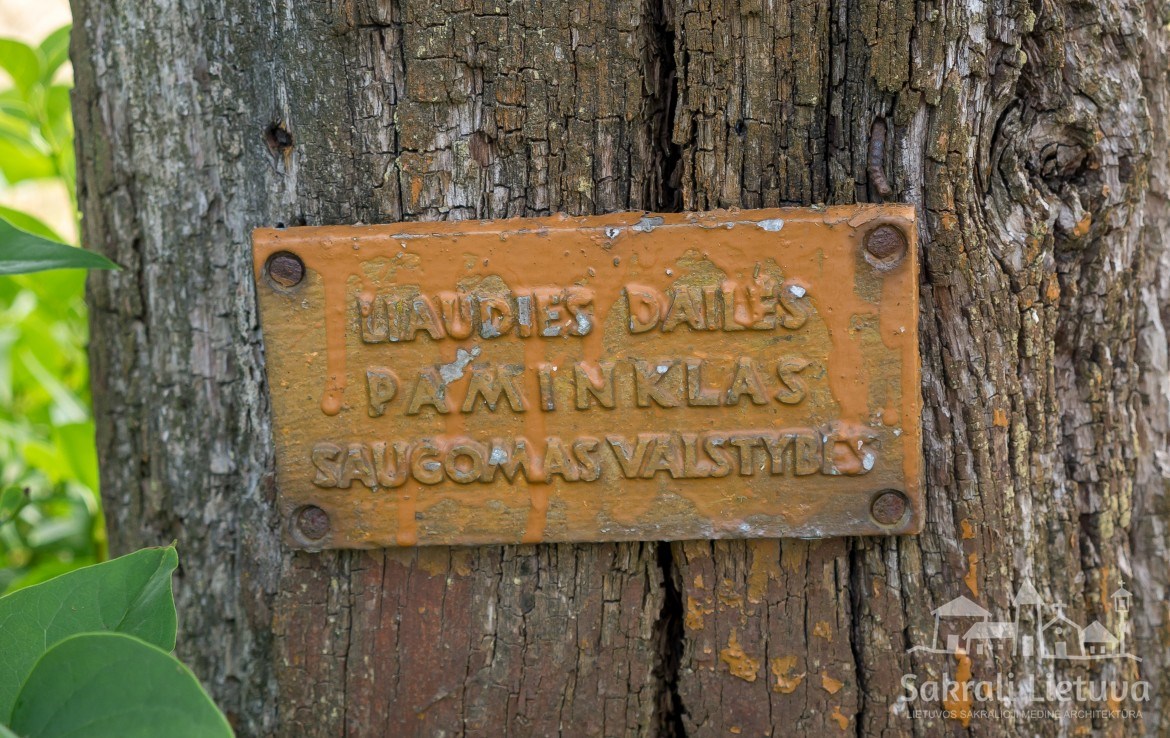 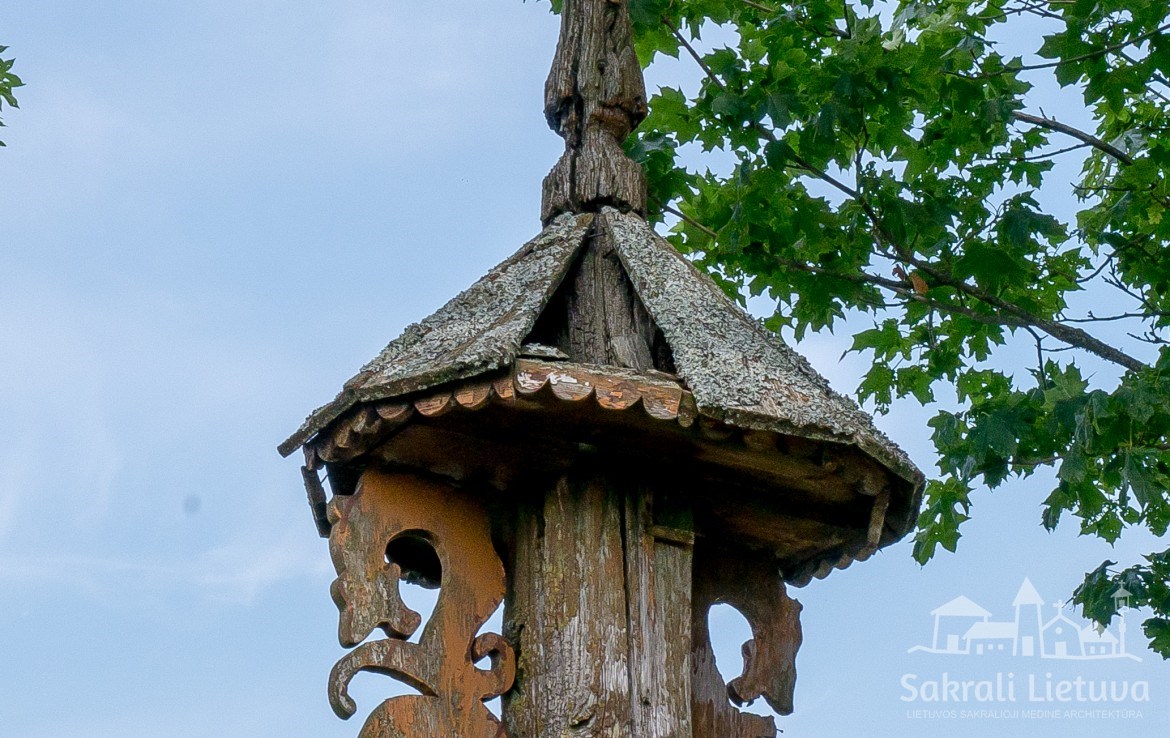 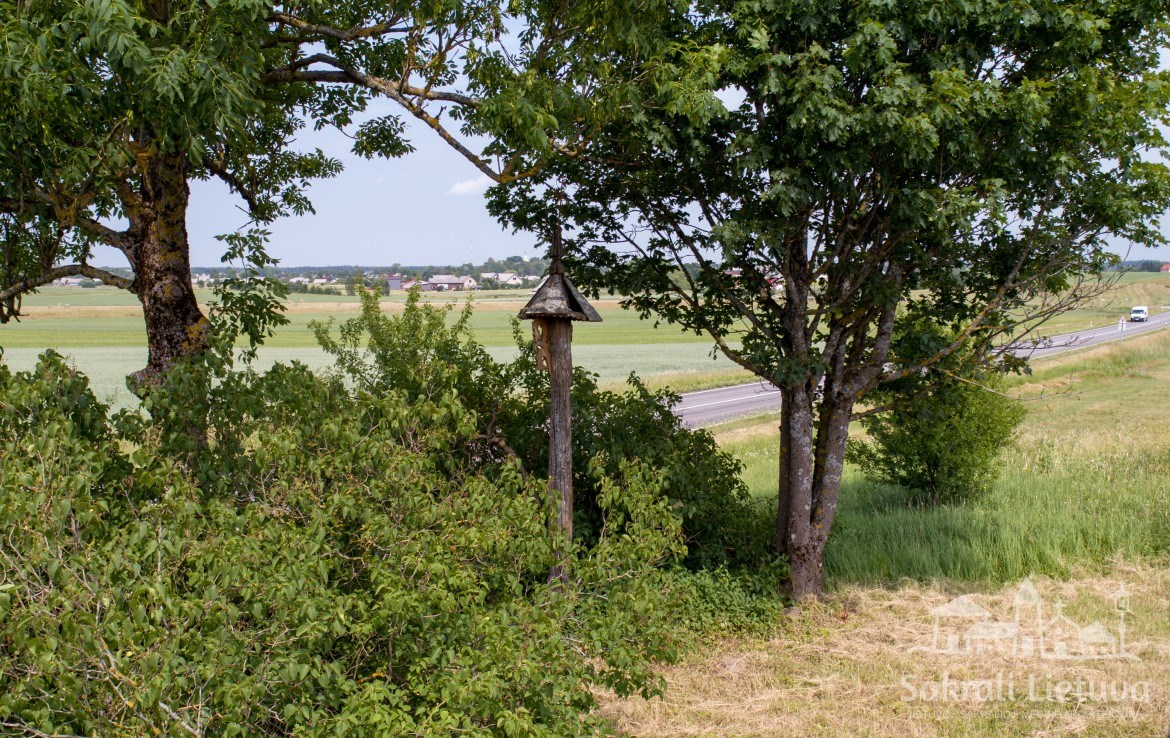 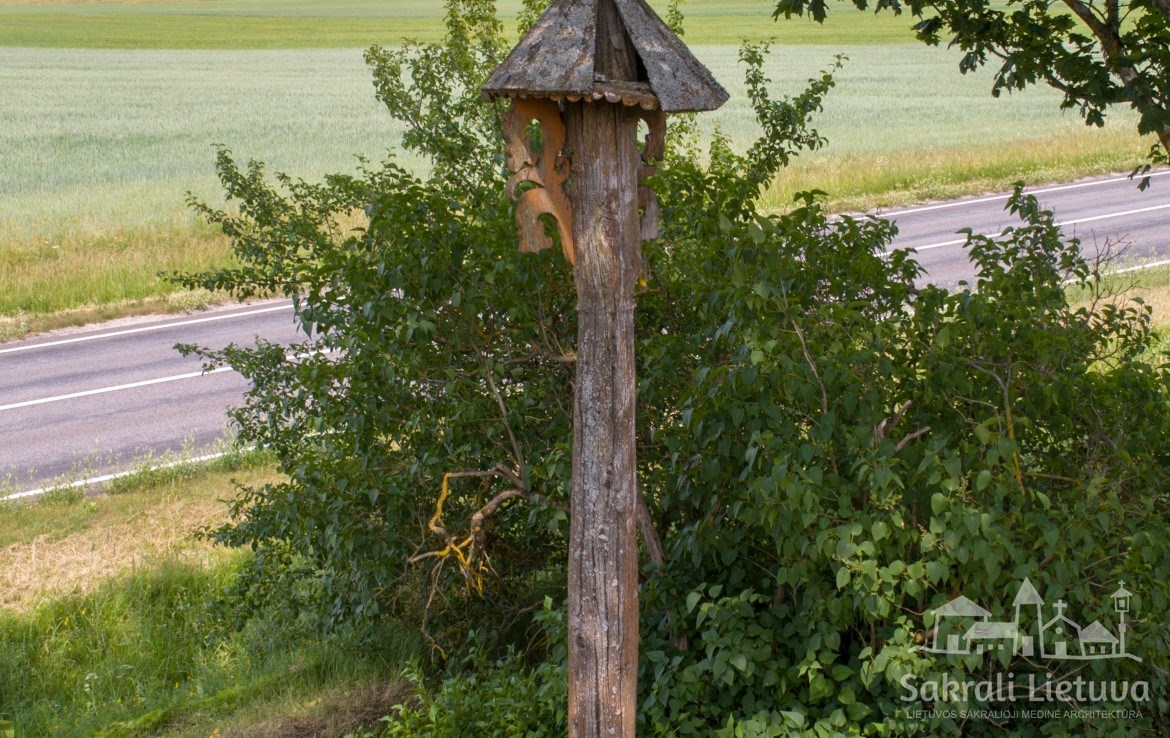 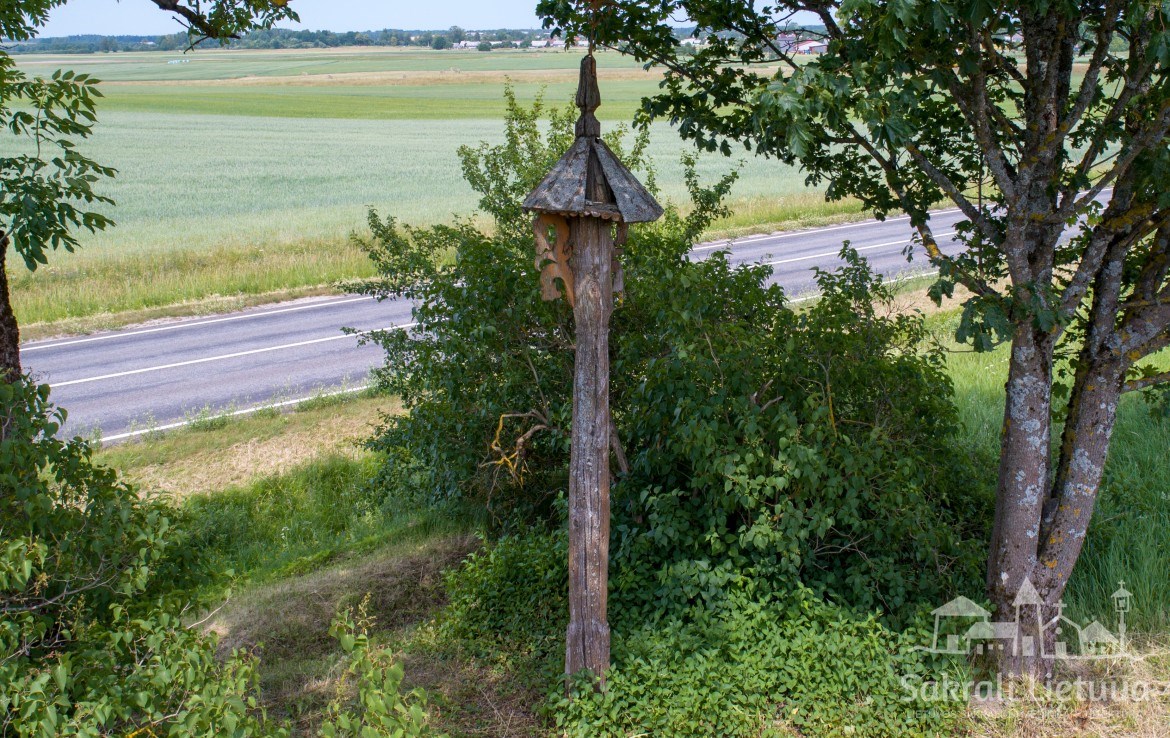 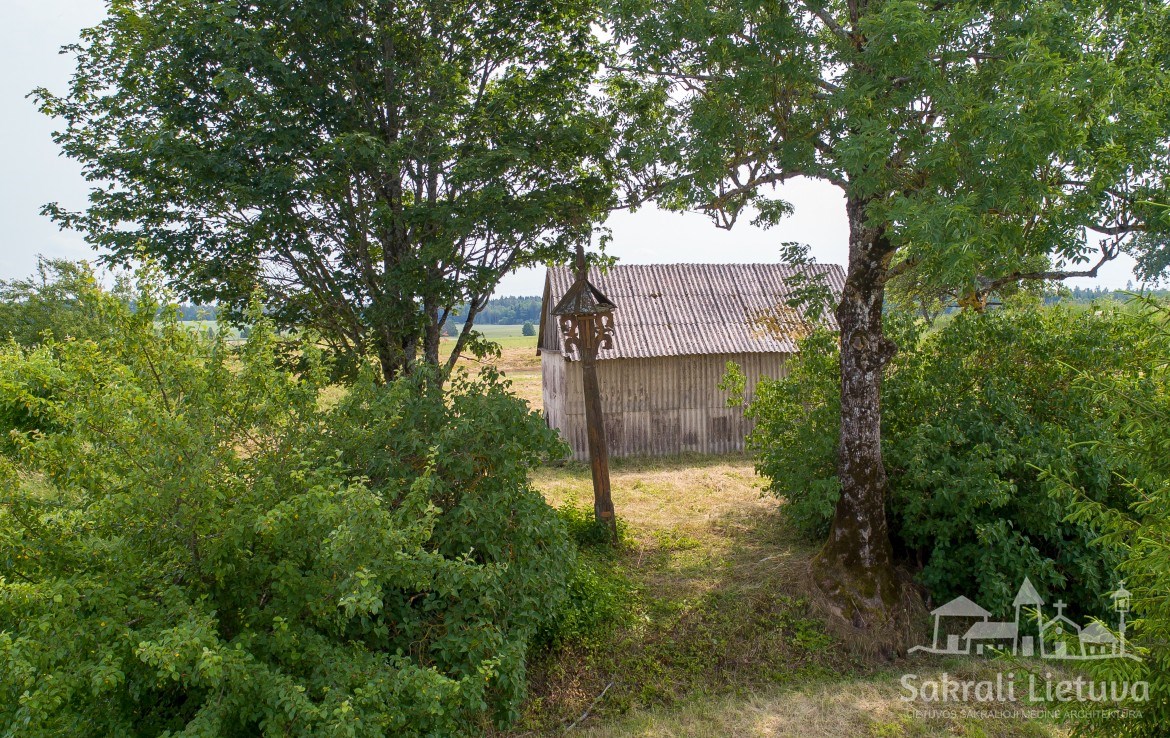