Church of Holy Virgin Mary the Savour of Rudnia

The modern-day church of Rudnia has been built in 1910, according to a project of the architect Anton Filipowicz-Dubownik. The construction was initiated by the priest Stanislovas Micevičius. Until early 20th c. Rudnia and the surrounding villages belonged to Nacha parish and did not have a church of its own. When Nacha built a new brick church, the residents of Rudnia bought the old wooden church and brought it back to Rudnia. The logs of the church were marked and transported by the locals, using horse-drawn carriages. The construction was completed in November 1910, but the reconstructed church was different than it was in Nacha. Thus a new parish of Rudnia was established. During the years of Polish occupation, Lithuanian activity in this parish was prosecuted. As of 1927, Lithuanian singing at the church was allowed only every other Sunday, some encounters between the congregation and the Polish authorities sometimes even ended in blood. In 2014, the church was restored. It had been renovated only once before – in 1962-1970, when the parson Norkūnas, working there, painted it himself.

The historicist church of Rudnia is rectangular, has two belfries, a single nave with an entryway, a multi-sided apse, a sacristy on the side façade and a sacristy-chapel on the other. The façades of the building are covered with vertical wooden panels, towers – horizontal panels, while gable roof of the apse and the bell roofs of the belfries are covered with tin plates.

The front façade is framed by two double-section square wooden frame belfries, decorated with small triangular pediments. A similar, but significantly smaller single-section turret is rising above the presbytery. All belfries and the triangular pediment of the front façade are finished with ornamented crosses. The front façade is horizontally divided into two sections by a profiled cornice with a canopy. The building is surrounded by wooden profiled eave cornices, while the doors and windows are framed by wooden profiled edgings. The windows of the church feature arched shapes, characteristic to neo-Gothic style, the first section of the front façade is decorated with round windows, while the windows of the sacristies are rectangular.

The vaults of the church are covered with wooden profiled panels. The great altar of the Blessed Virgin Mary, Eternal Protector has a tabernacle and is decorated a with statue Agnus Dei, six sculptures and three paintings. The first section of the altar features a painting of Our Lady of the Snows with two crowns and coatings, the second – a painting of the Blessed Virgin Mary, Eternal Saviour with two crowns. The left side altar of the Crucifix features the statues of the Crucifix, St Casimir, St John Nepomuk and the painting of the Apostles St Simon and St Judas Thaddeus, while the right side altar of St Francis of Assisi features two sculptures and a painting of the Pardon of St Francis of Assisi in the first section, and a painting of St Roch in the second. 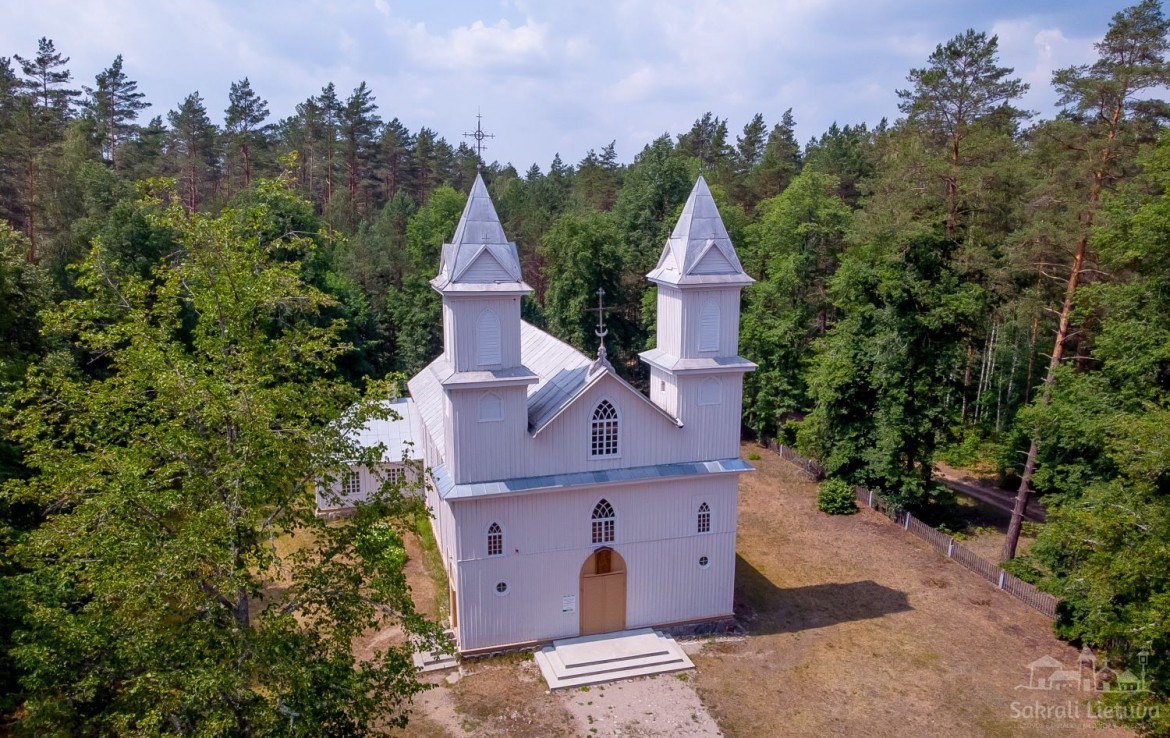 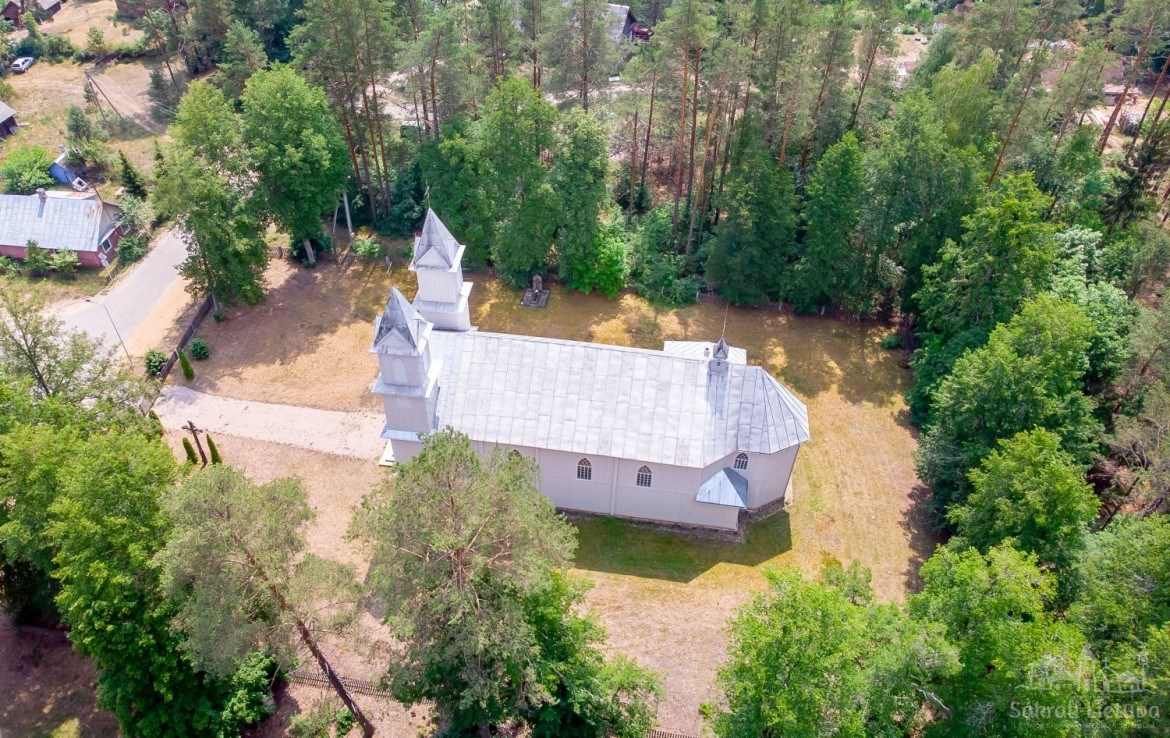 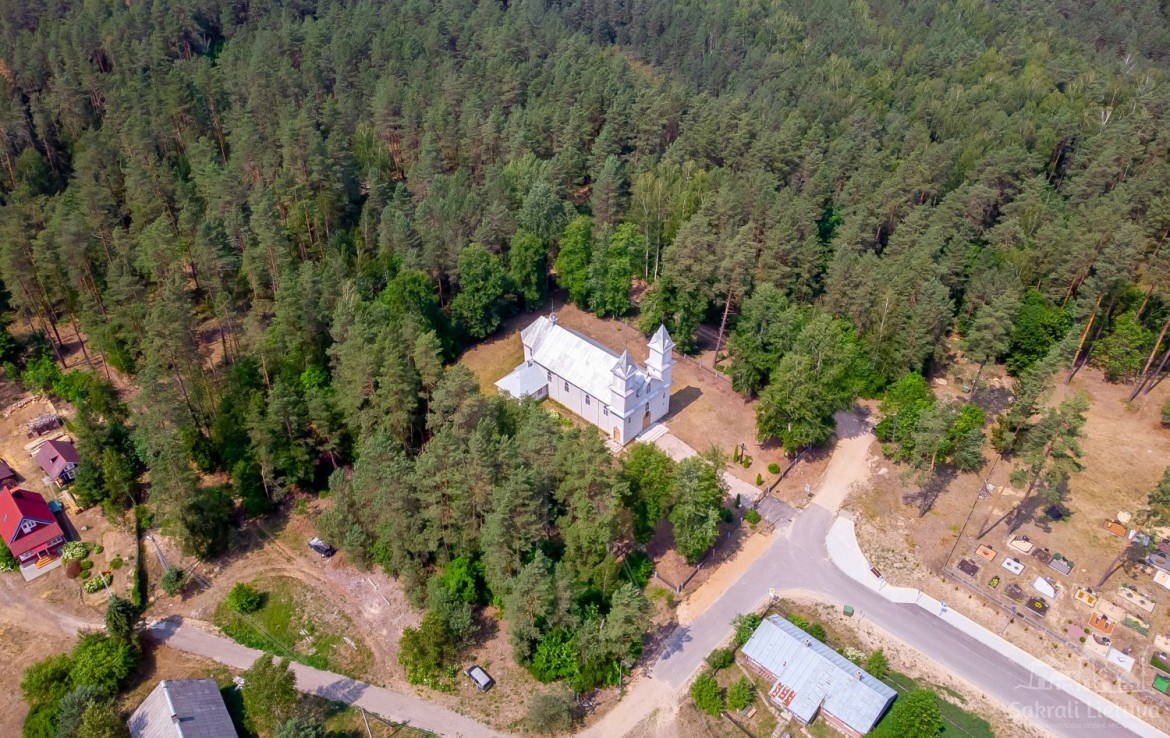 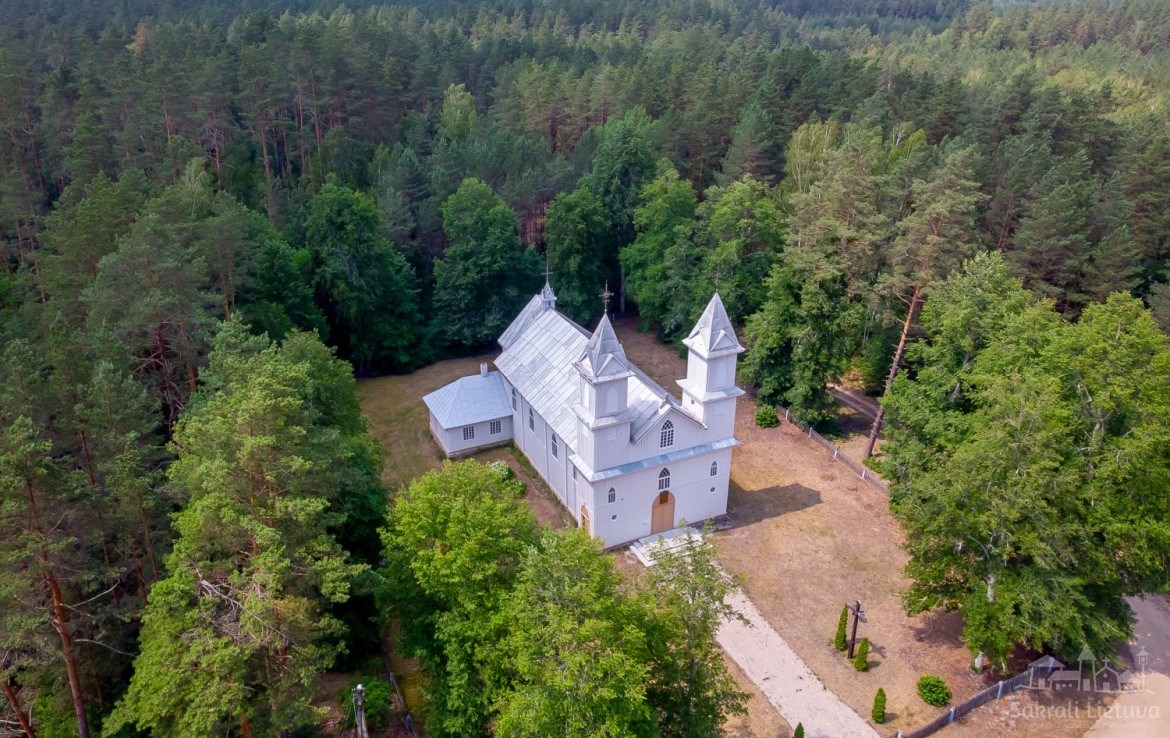 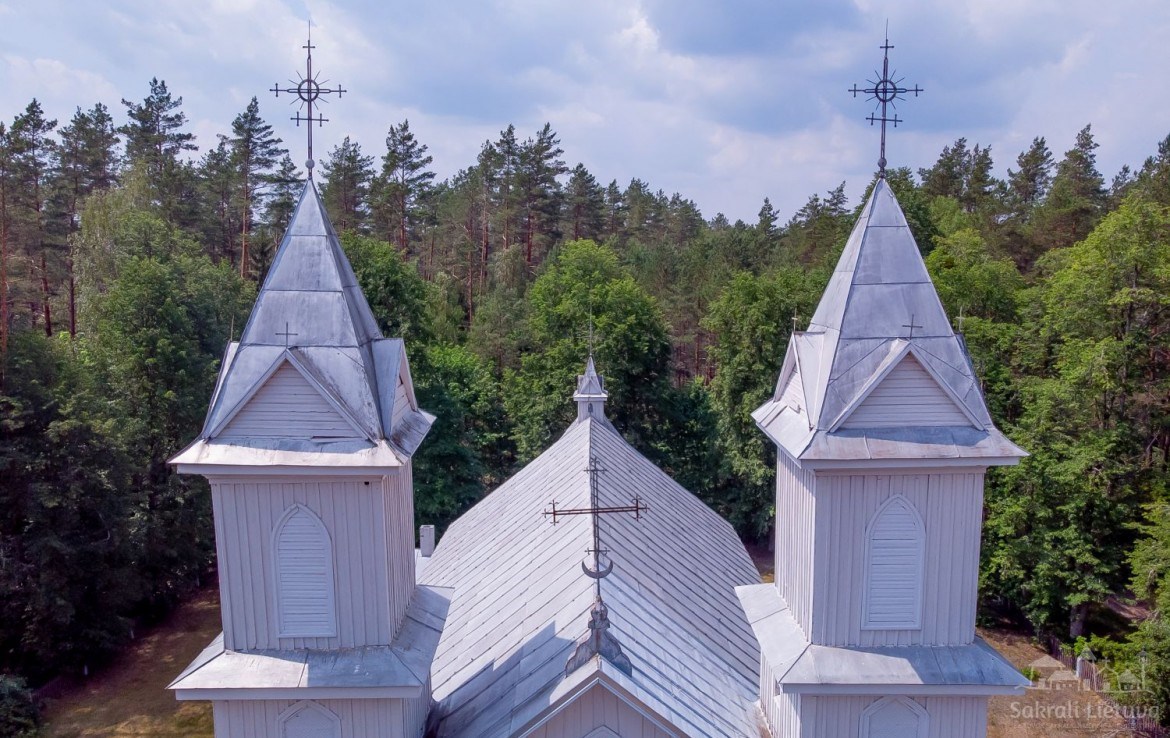 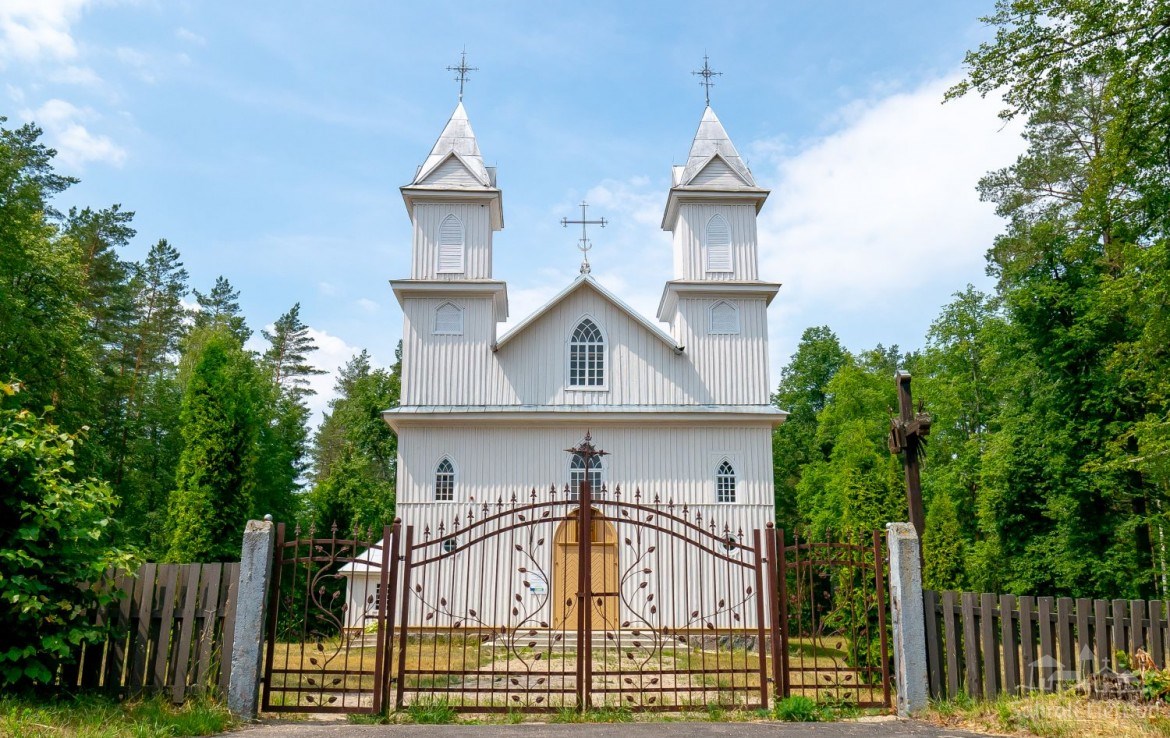 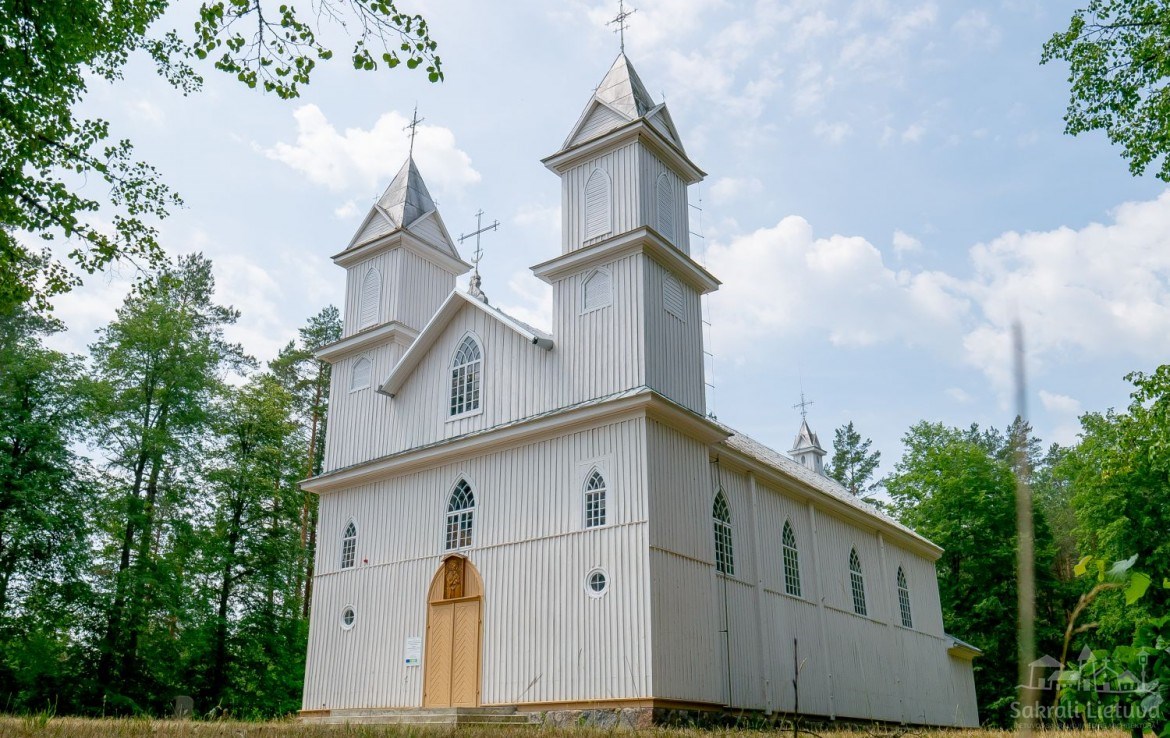 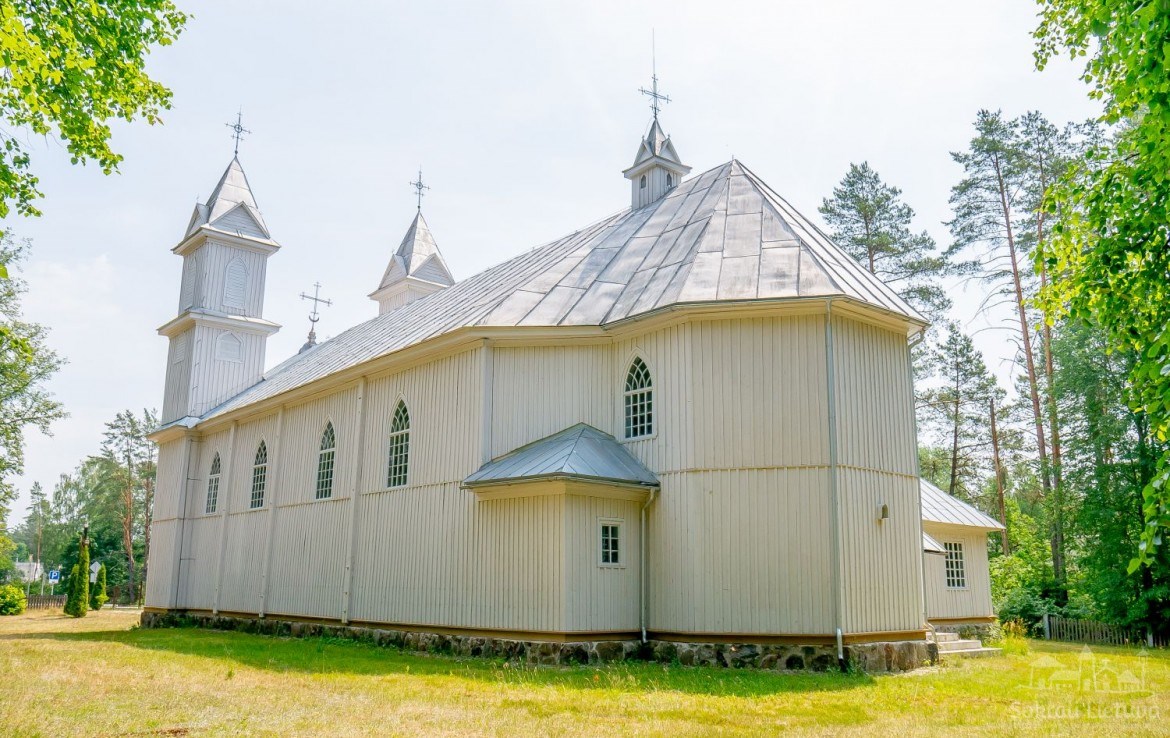 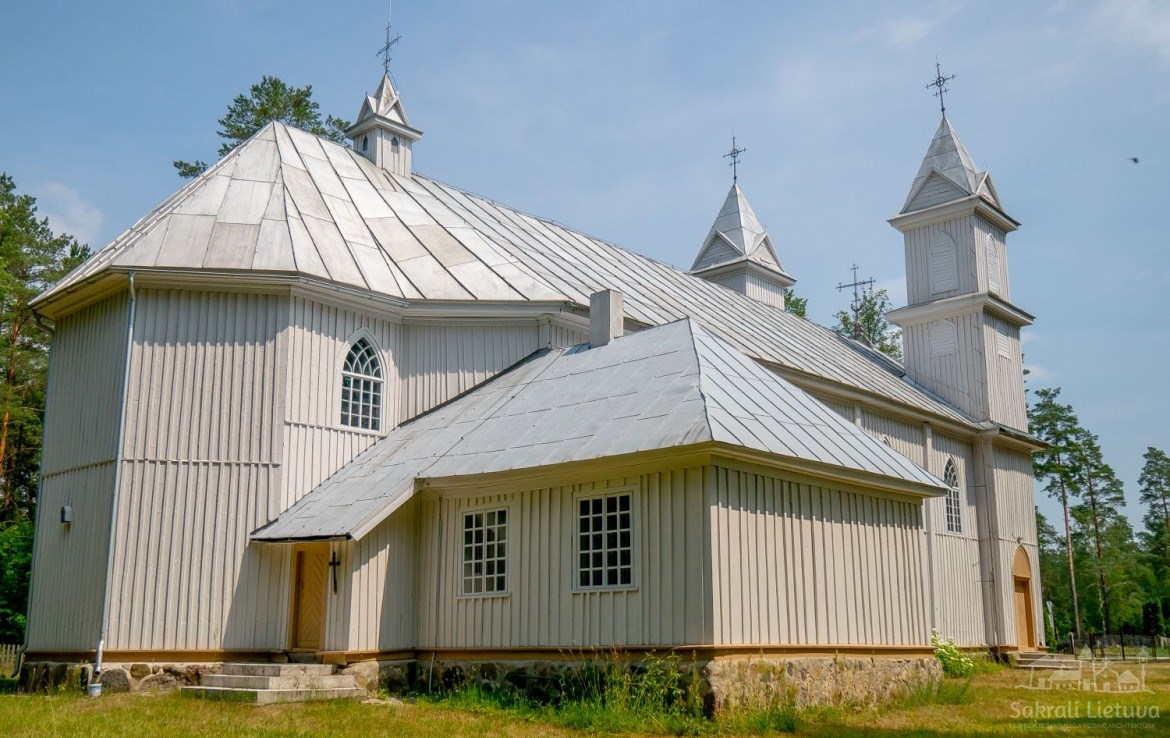 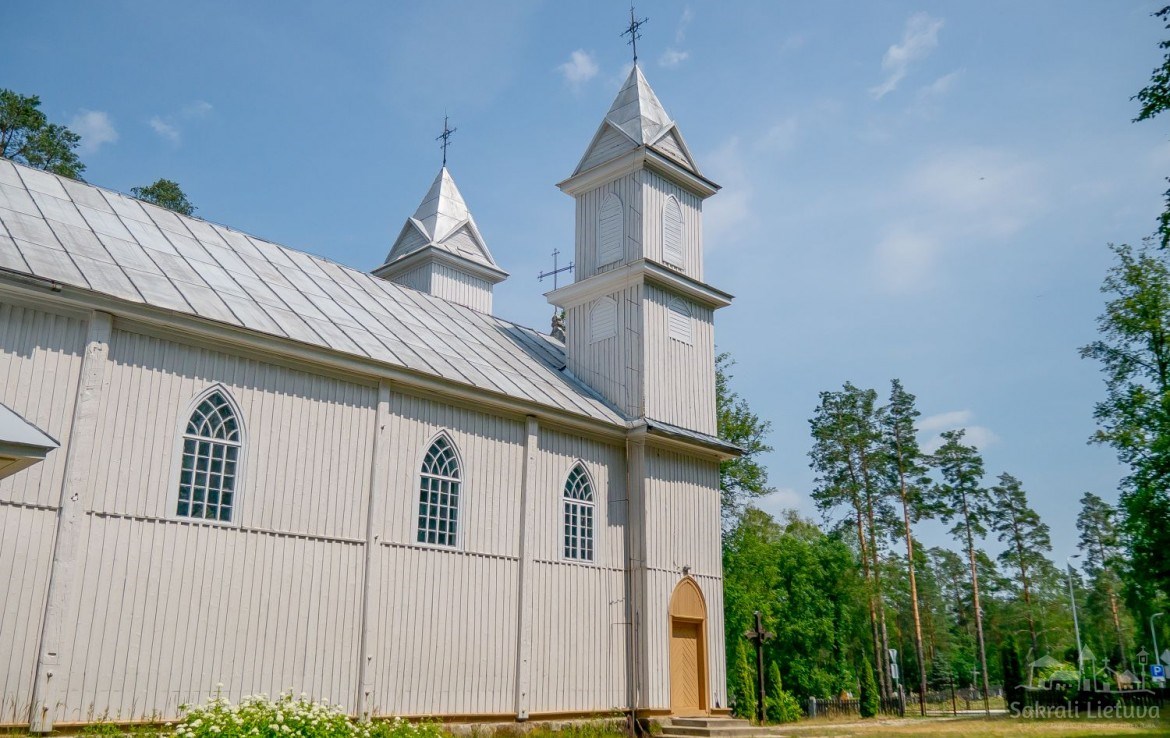 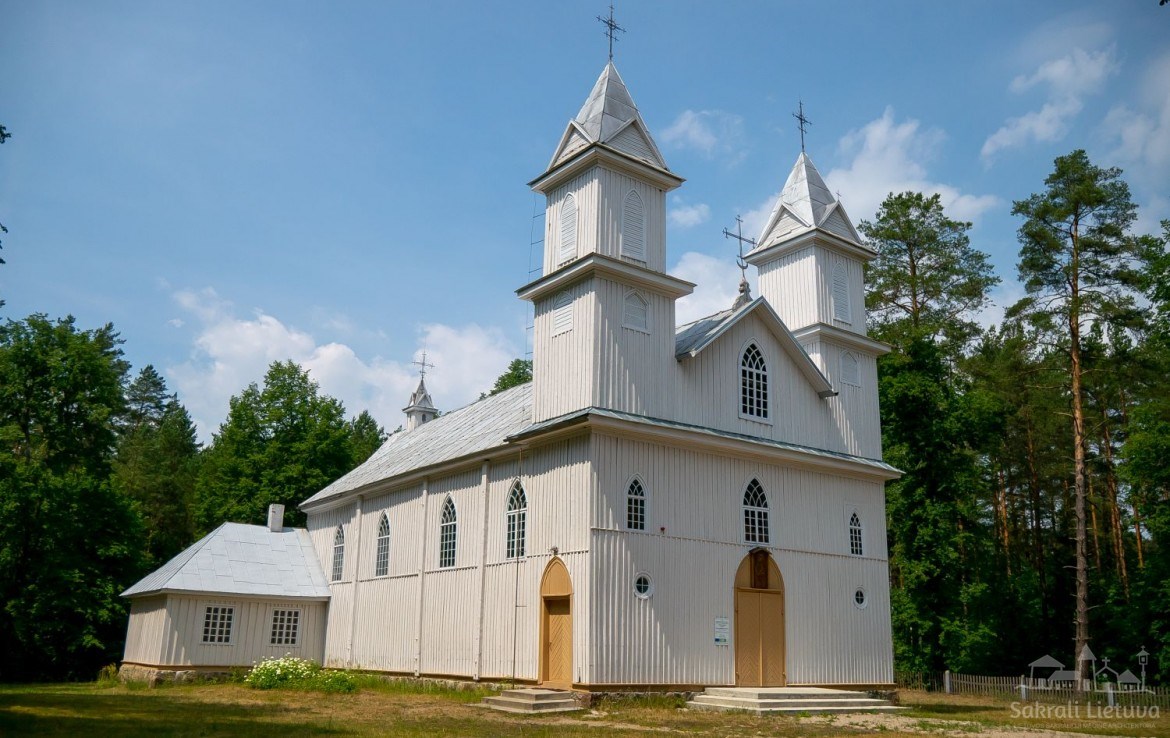 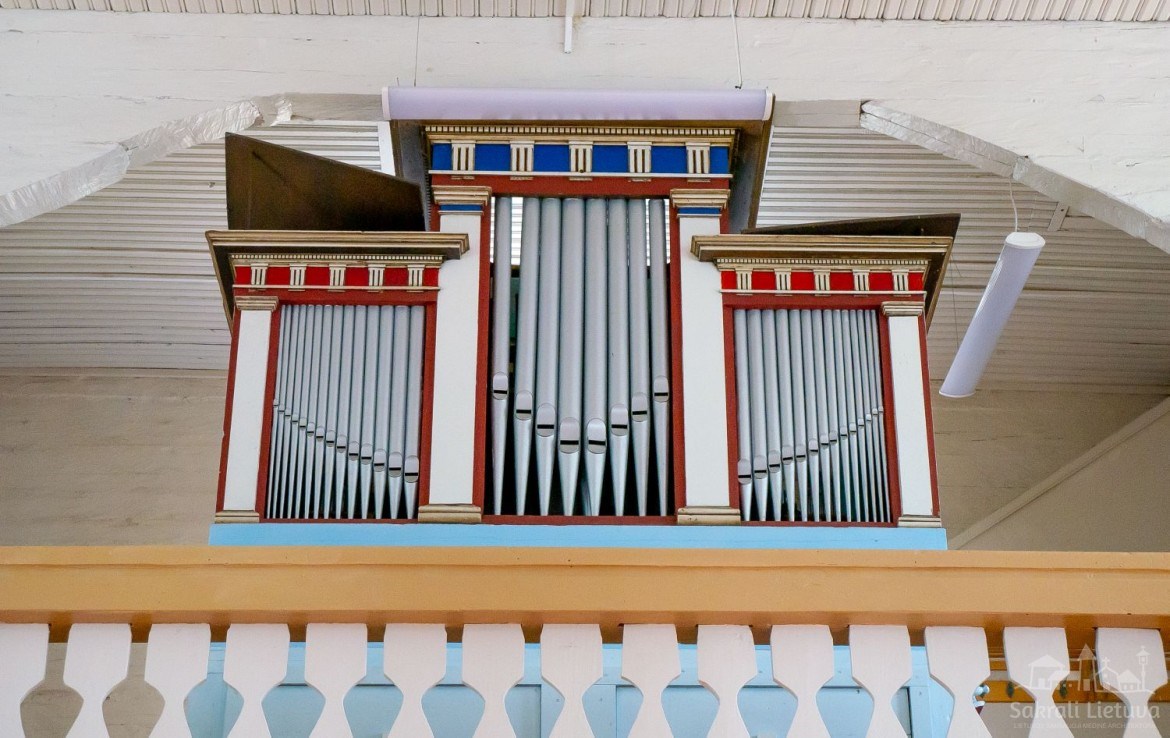 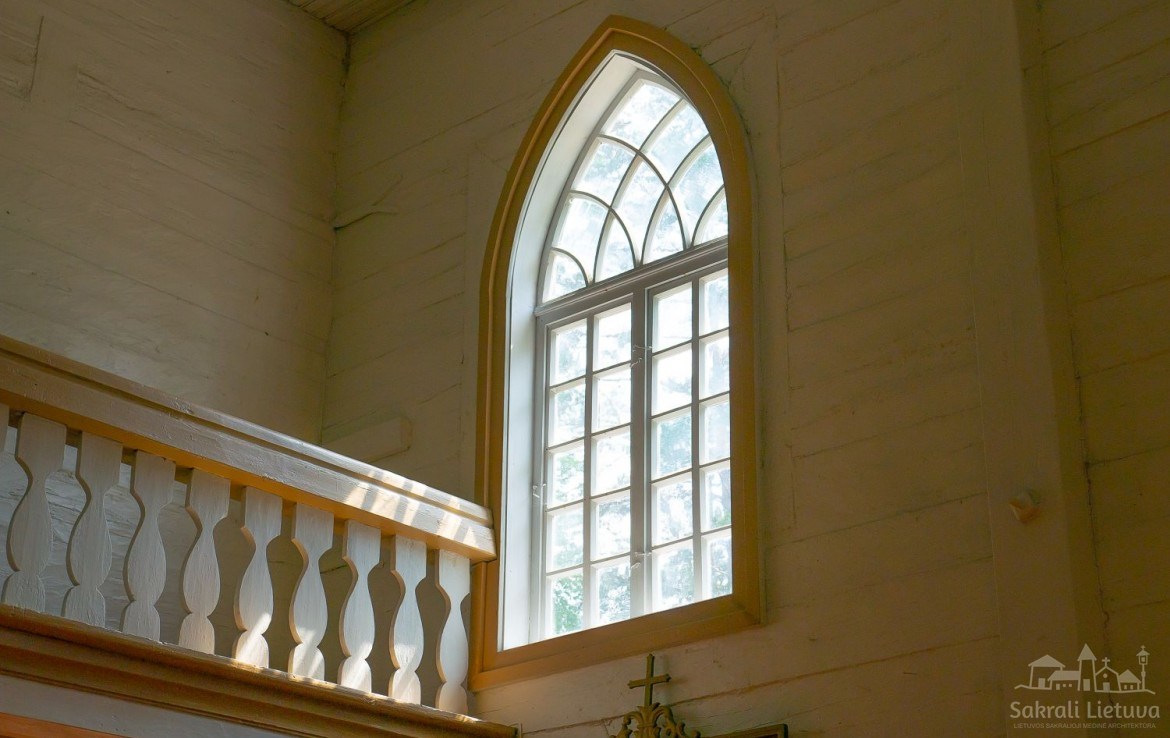 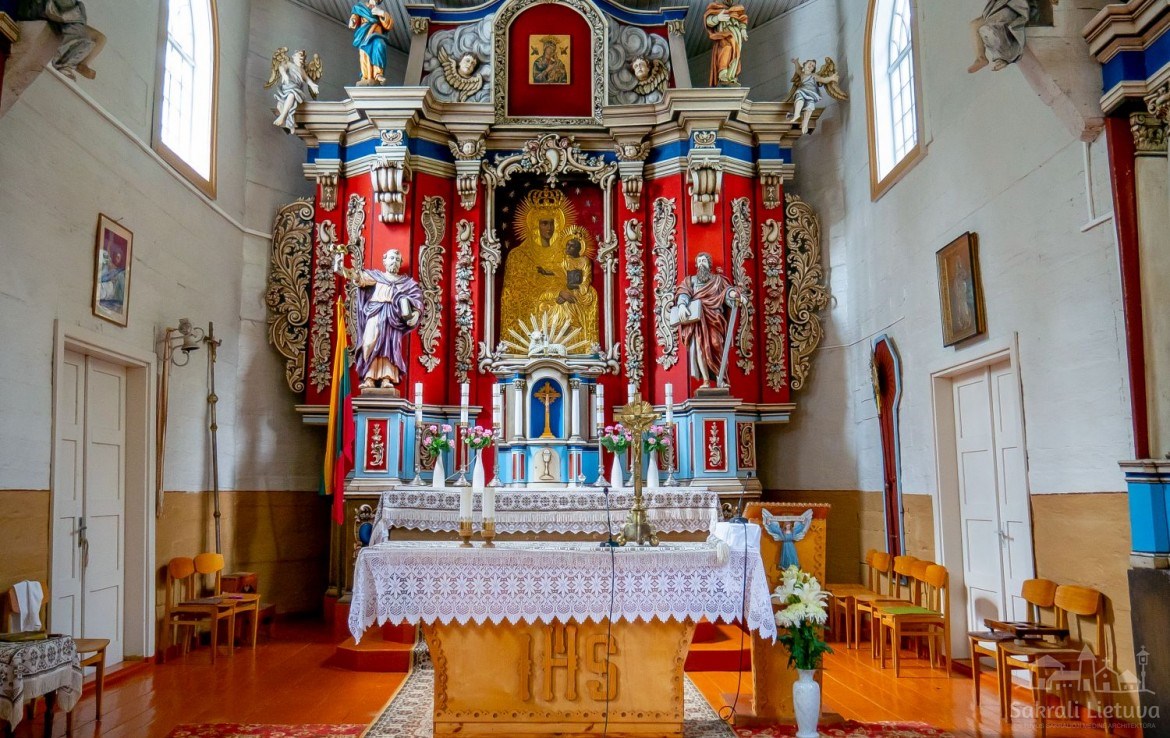 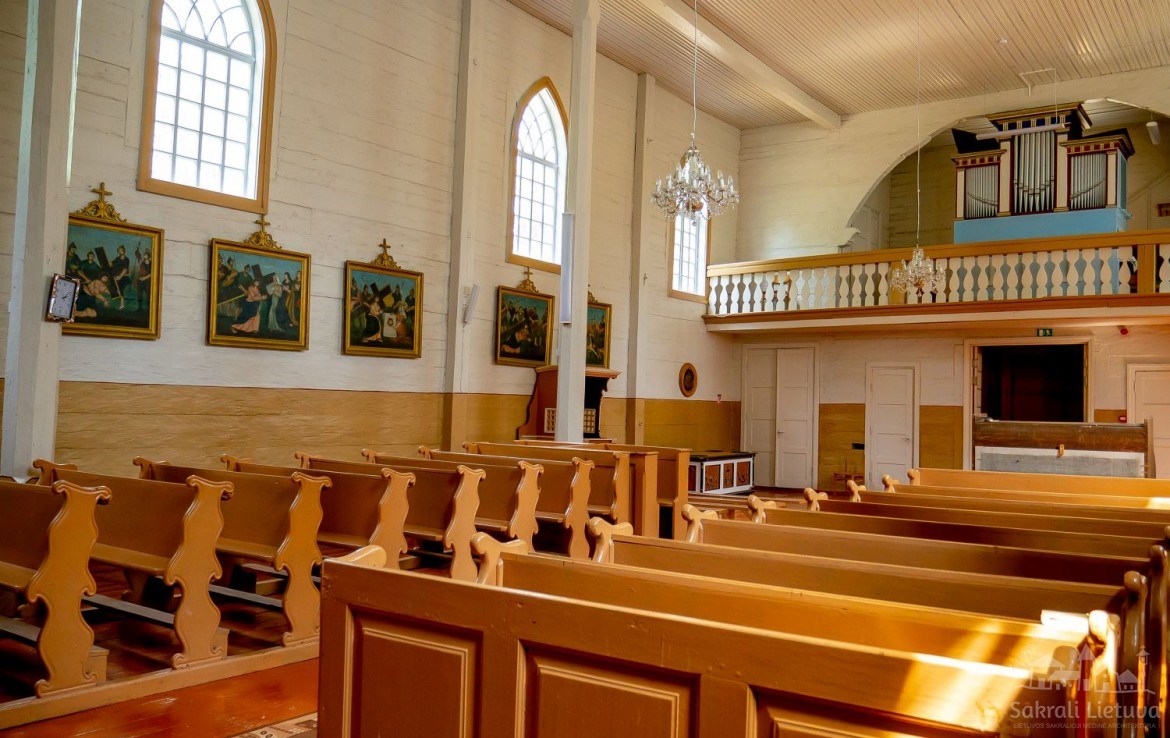 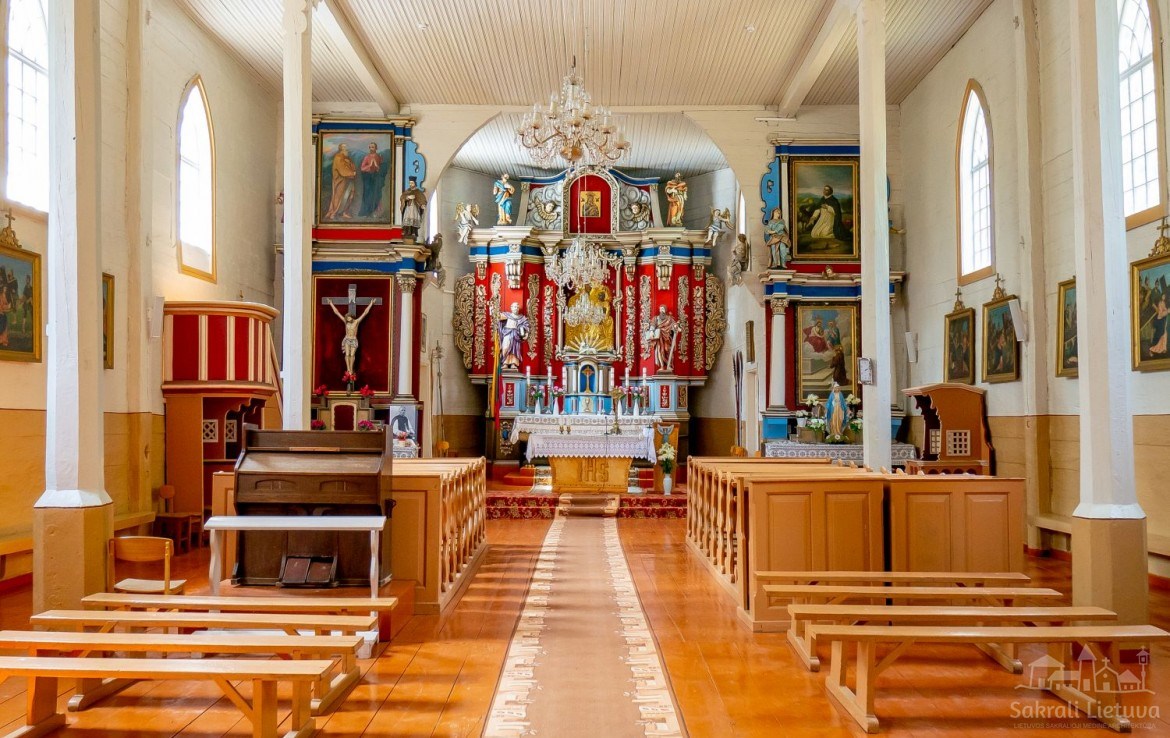