The Chapel of Raguvėlė was mentioned for the first time in 1784, when Bernardine monks used to come to hold the mas from Troškūnai. In 1796, Jurgis Komarars, owner of Raguvėlė manor funded the modern-day wooden Church of St Deacon Stephen. In 1902, his son Mykolas Komaras allocated 16 dessiatins of land for the church, but did not fund the priest, so a parish was established only in 1924. In 1930, the interior of the church was renovated and painted.

The rectangular church with three naves and an unprotruding apse belongs to Classicism and is built on a plastered brick basement. The perimeter of the church is surrounded by a Doric entablature. The front façade imitates a portico with three-quarter columns supporting the entablature with a shallow triangular pediment . This architectural solution is particularly characteristic of Classicist buildings. The same type of columns can be seen on the side façades between the large, segmented windows. Wide carved stone masonry stairway leads to the main entrance, featuring a double door with rhombic décor. The tin roof of the church has eaves and three sides. The front part features a firm, tinned rectangular tower with a high pavilion roof and a metal cross. The back façade has a single door and a window above. Near the window there is a wooden frame canopy with a hook and a bell. The walls are covered with vertical narrow planks.
The interior of Raguvėlė church also maintains Classicist style. There are several valuable pieces of art. These include the 18th c. procession altar with the paintings of Jesus Christ and the Blessed Virgin Mary, a copy of Raphael’s Sistine Madonna by the artist L. Švedkas, the illusionist paintings of the Crucifix altar of the right nave and the illusionist painting of the altar of St Stephen of the left nave. In the interwar period the ceilings of the entryway, the naves, the presbytery and the organ balcony were painted with ornaments, emblems and figures. The organ of the church is one of the oldest in Anykščiai area. Built in 1795 by an unknown master, they are a clear example of Classicism, featuring the coat of arms of Komarai family – founders of the church – on its décor.

The churchyard is surrounded with a metal fence with brick columns. The front corners of the churchyard are framed by two-storey neoclassical belfries. 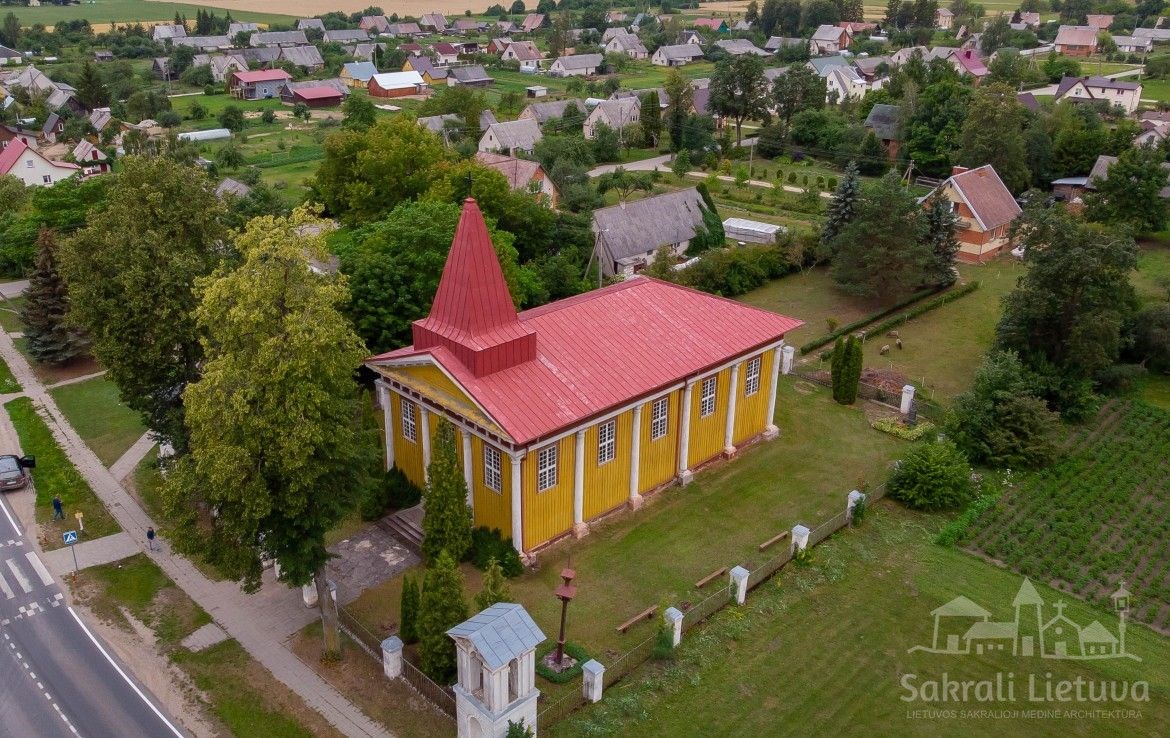 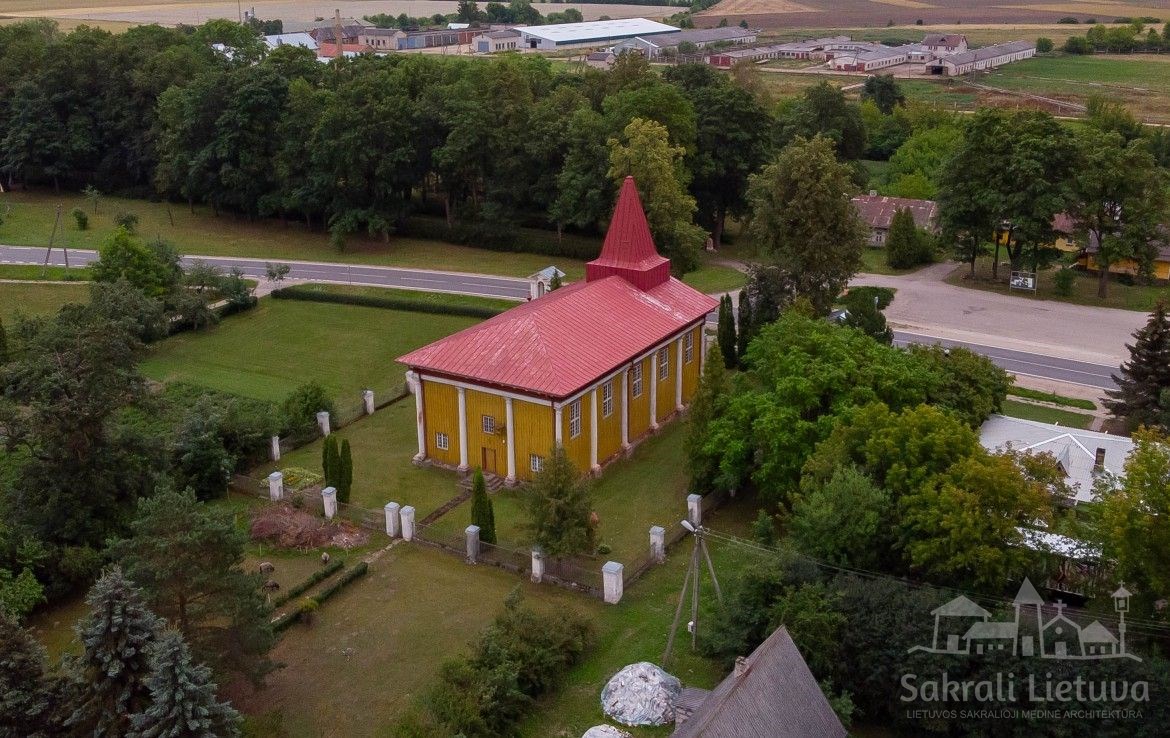 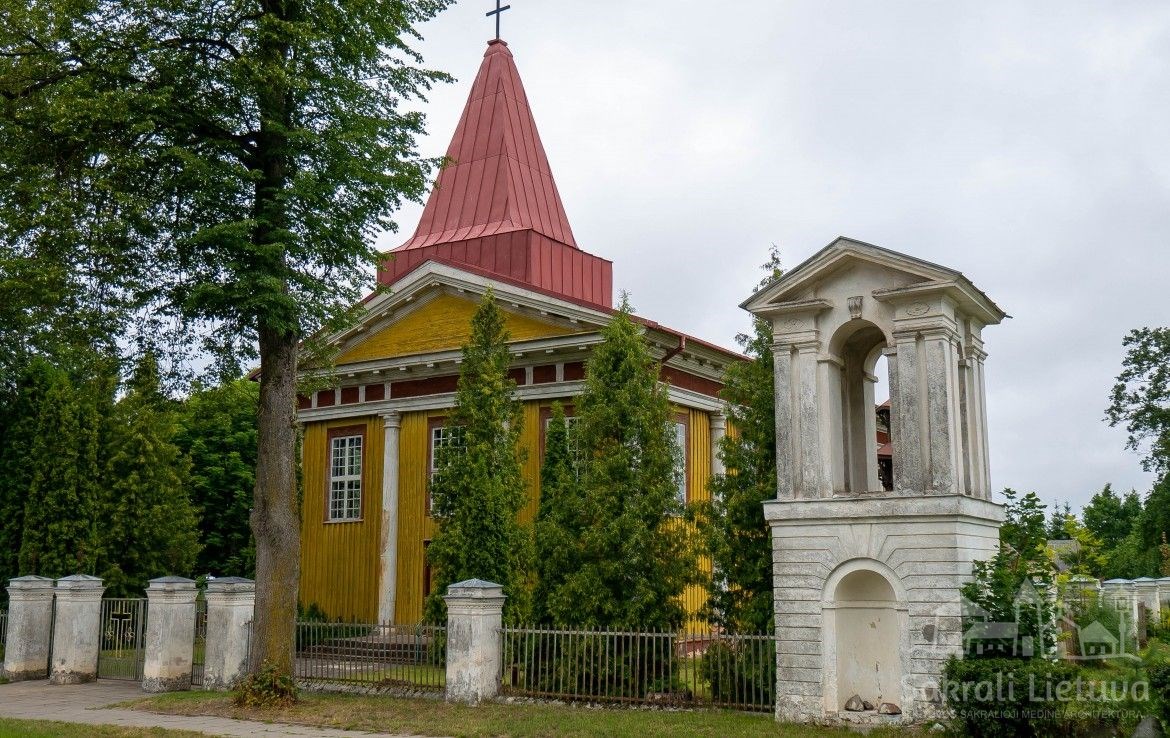 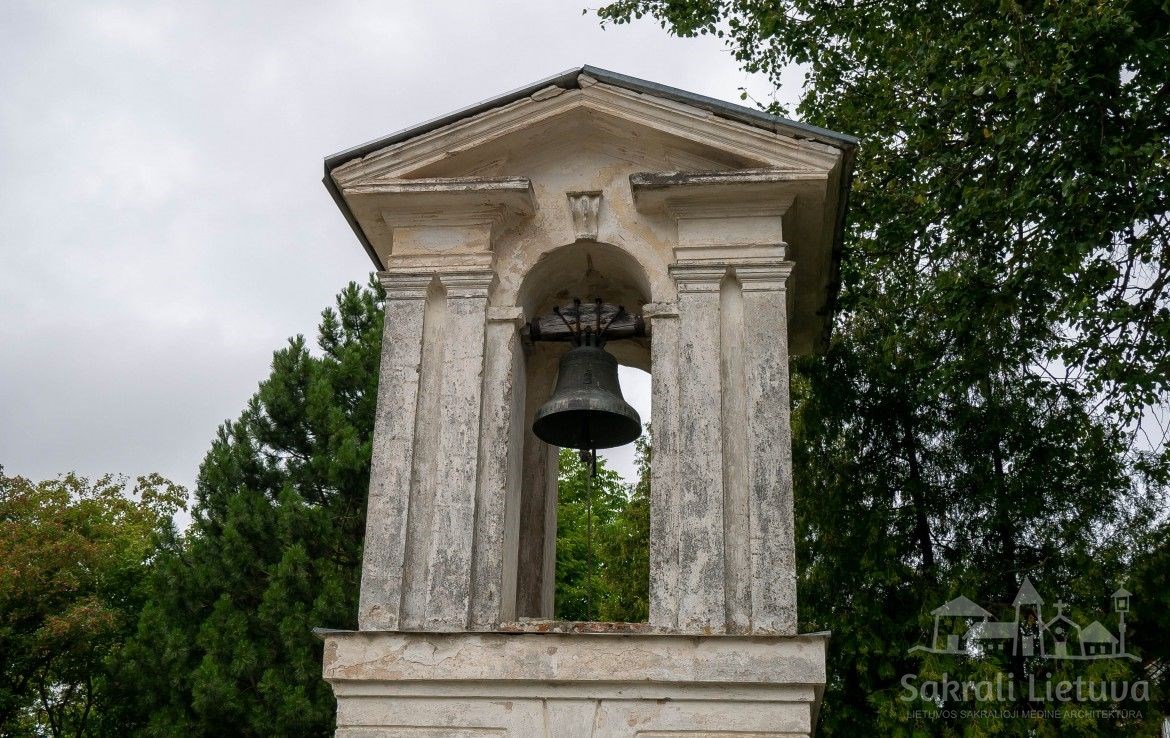 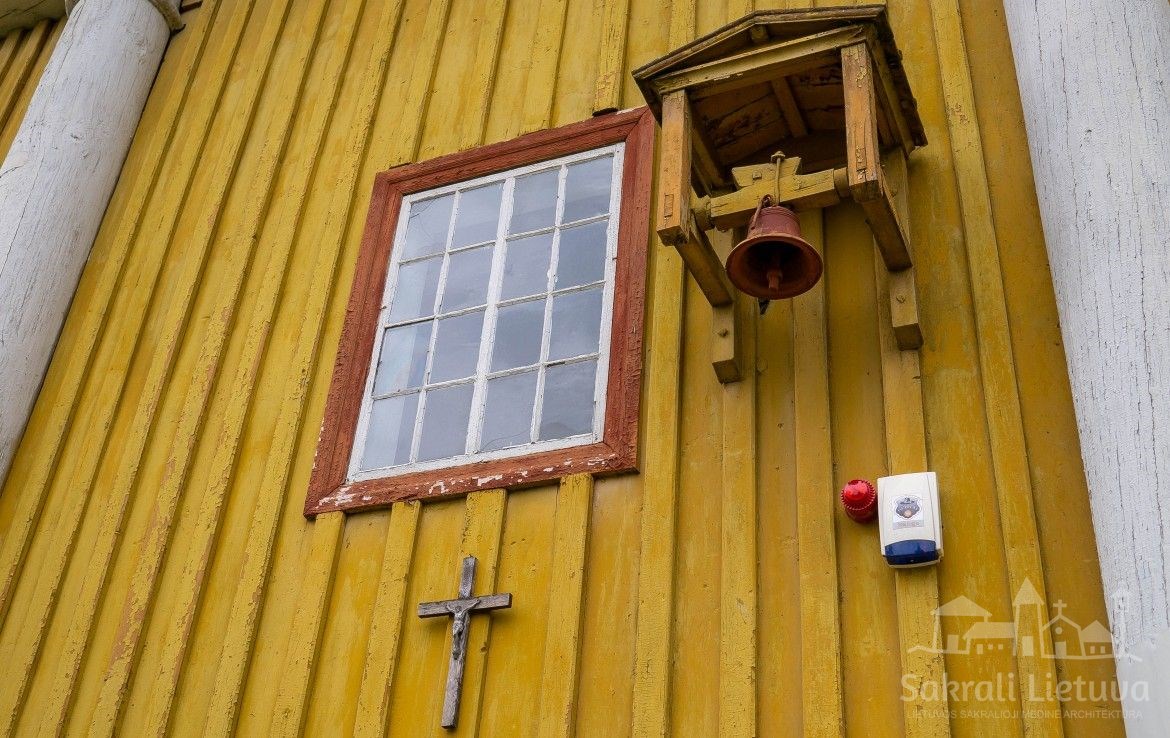 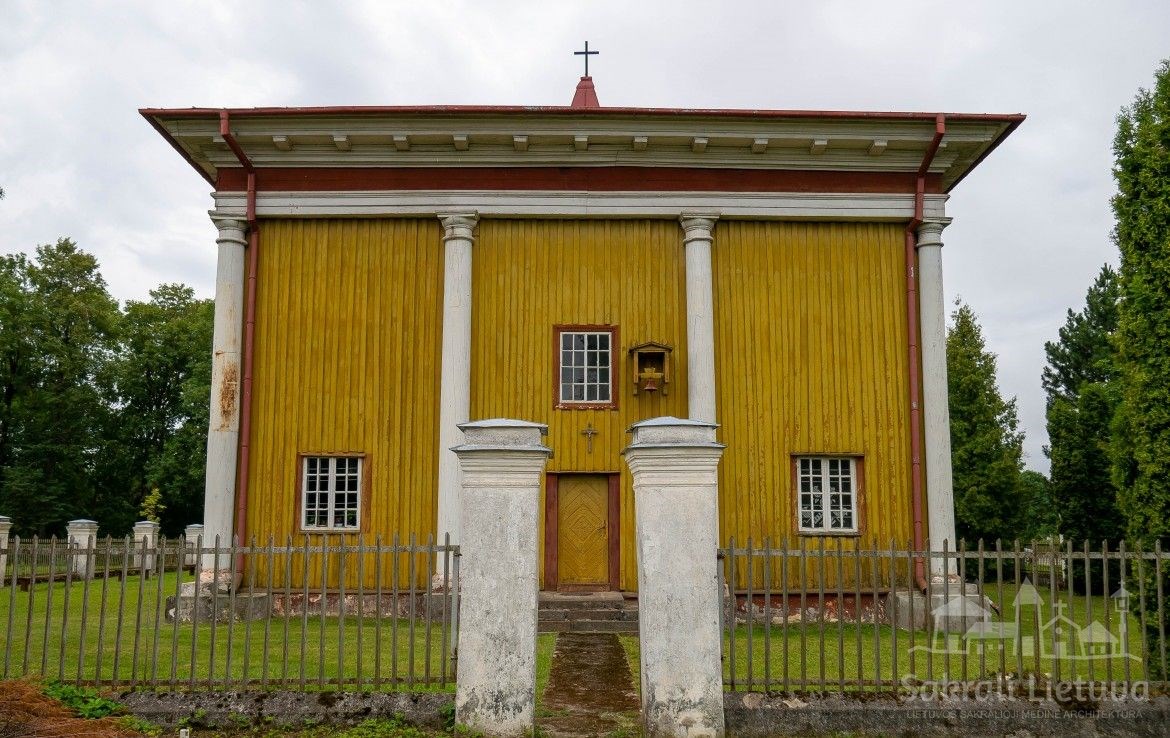 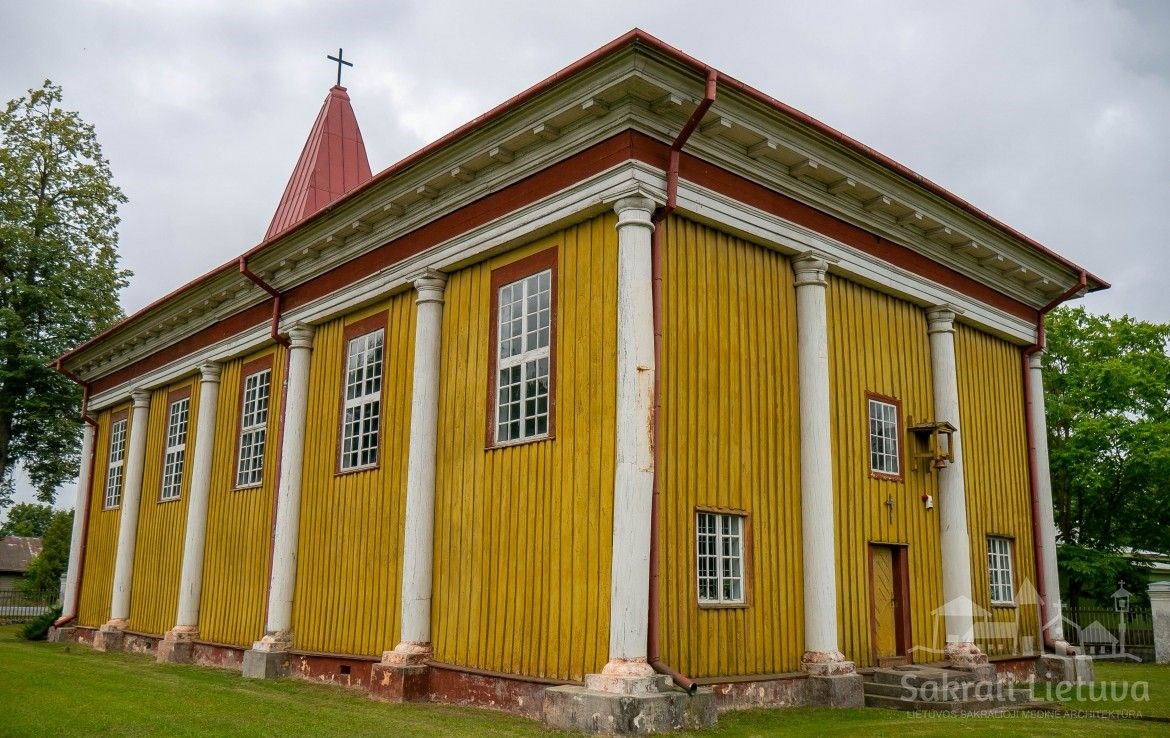 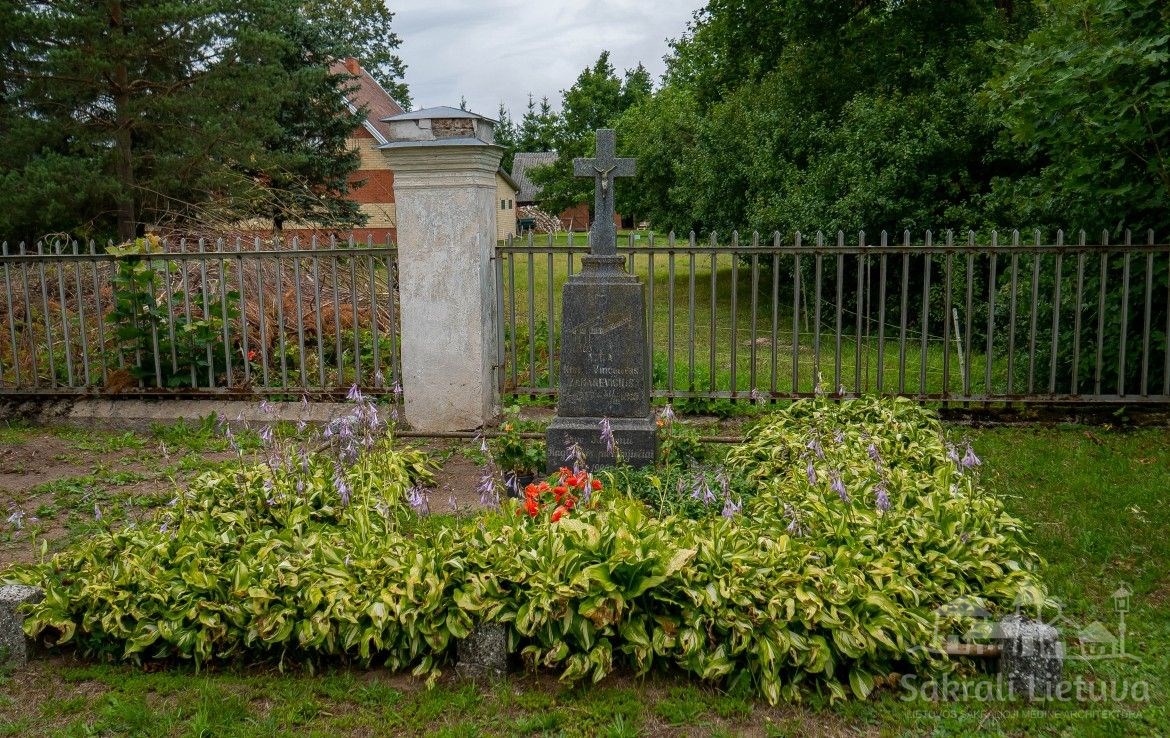 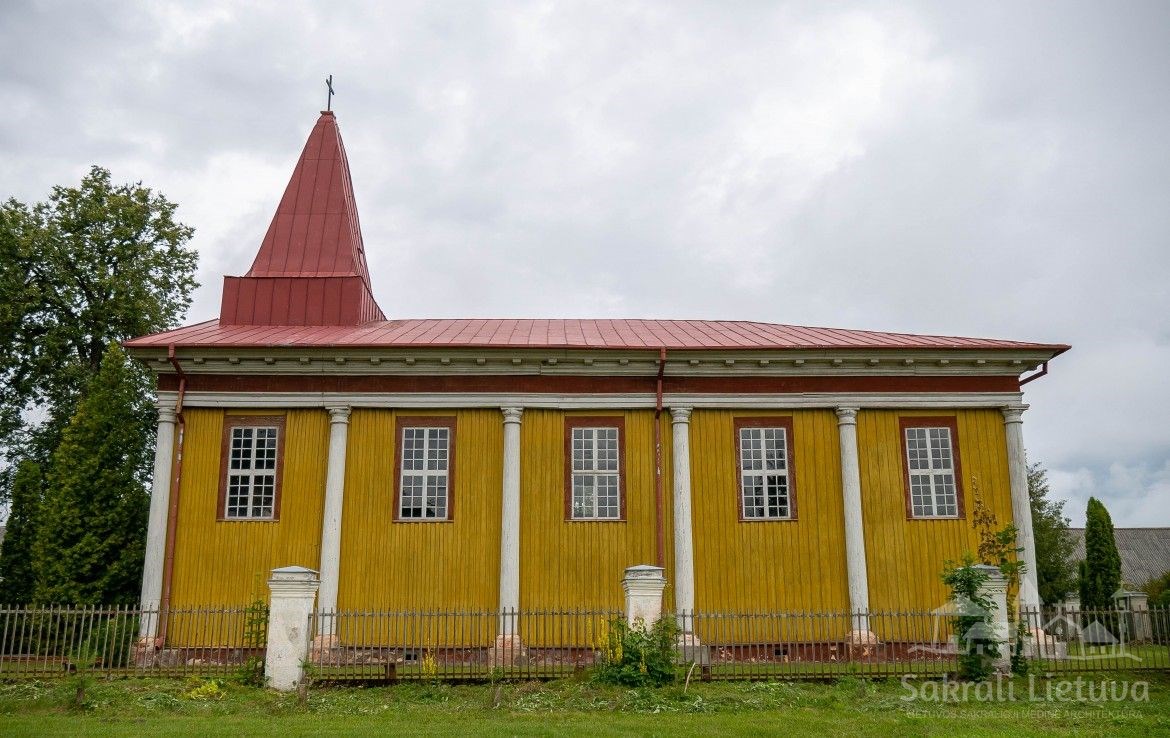 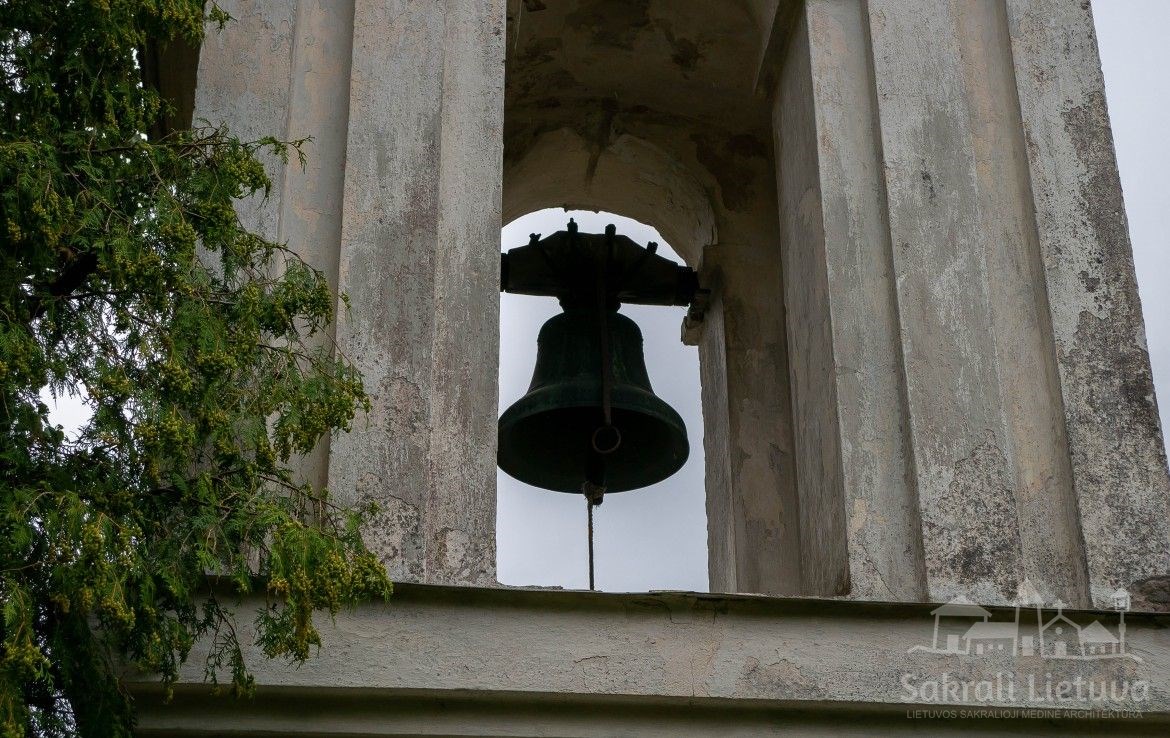 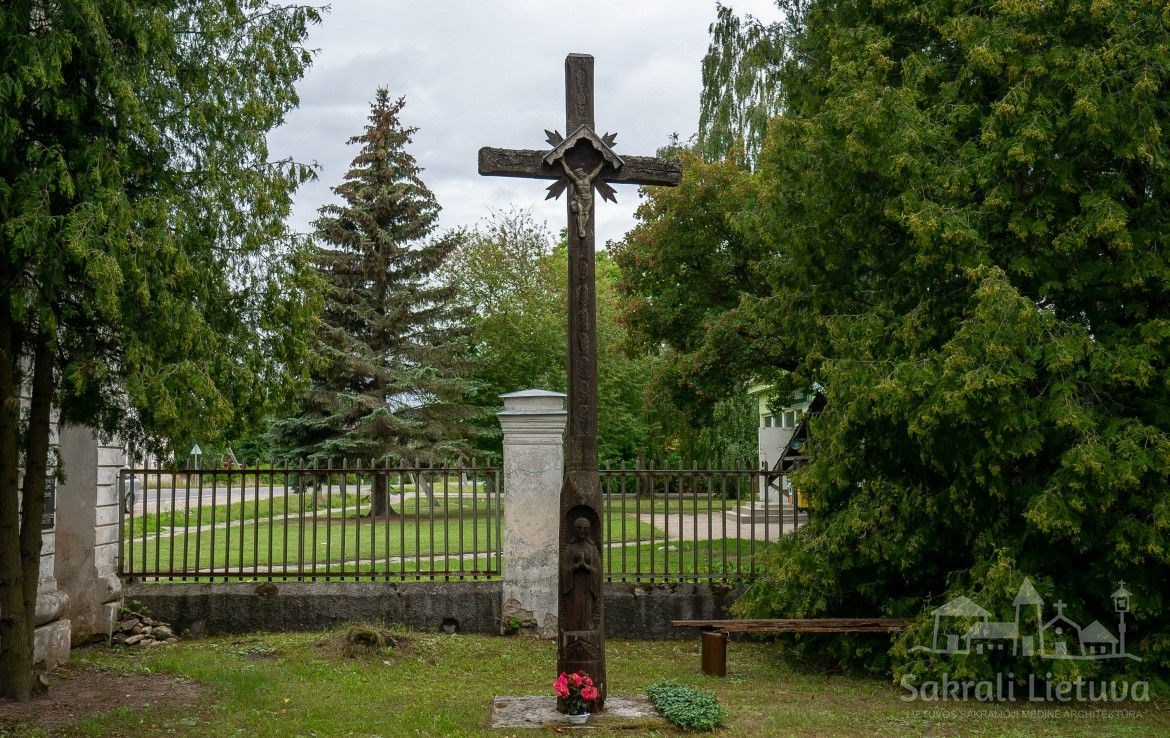 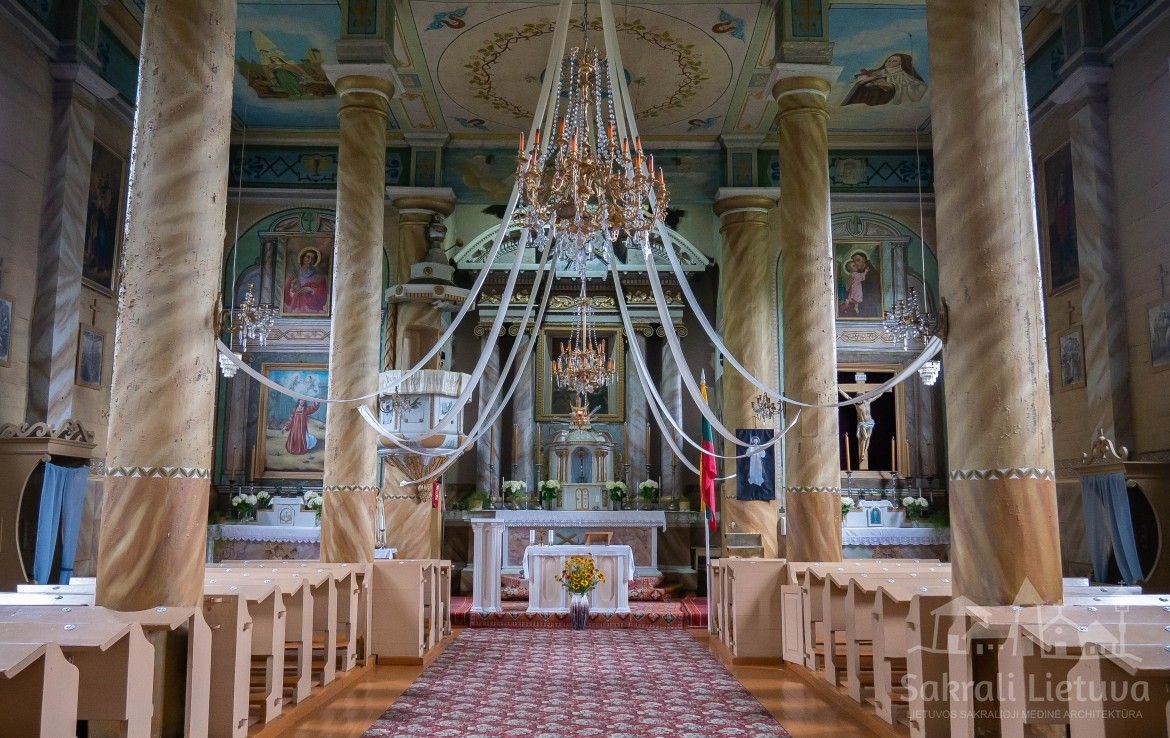 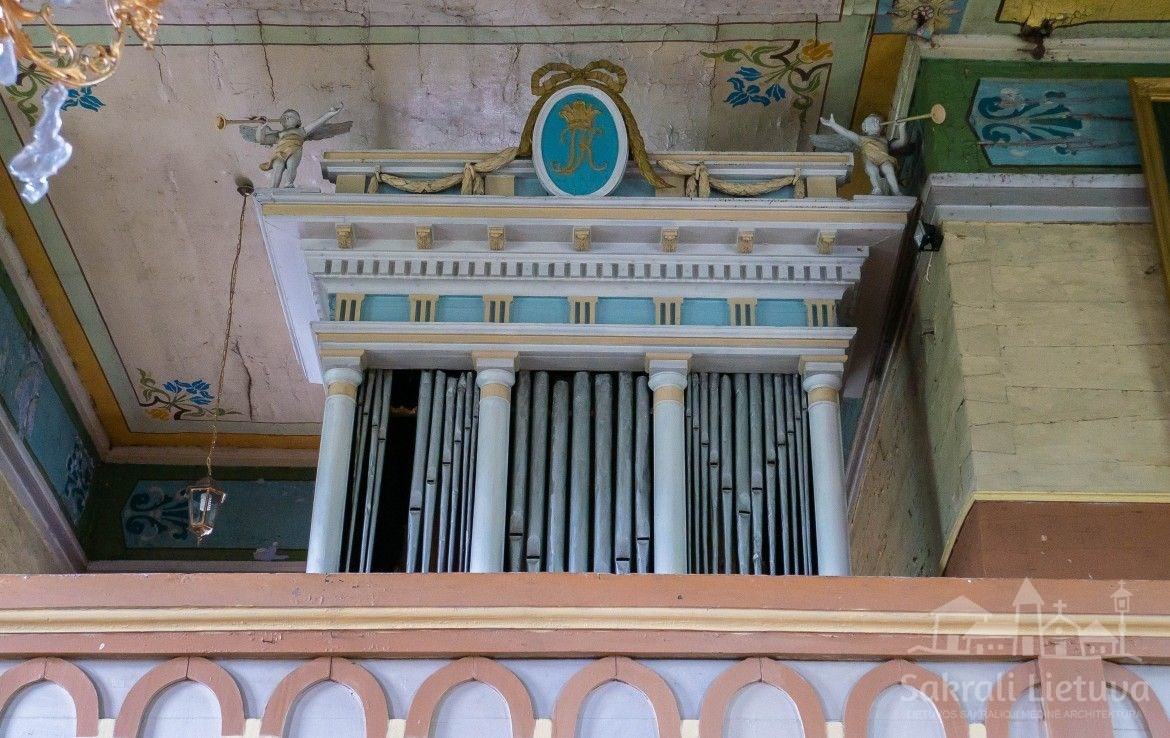 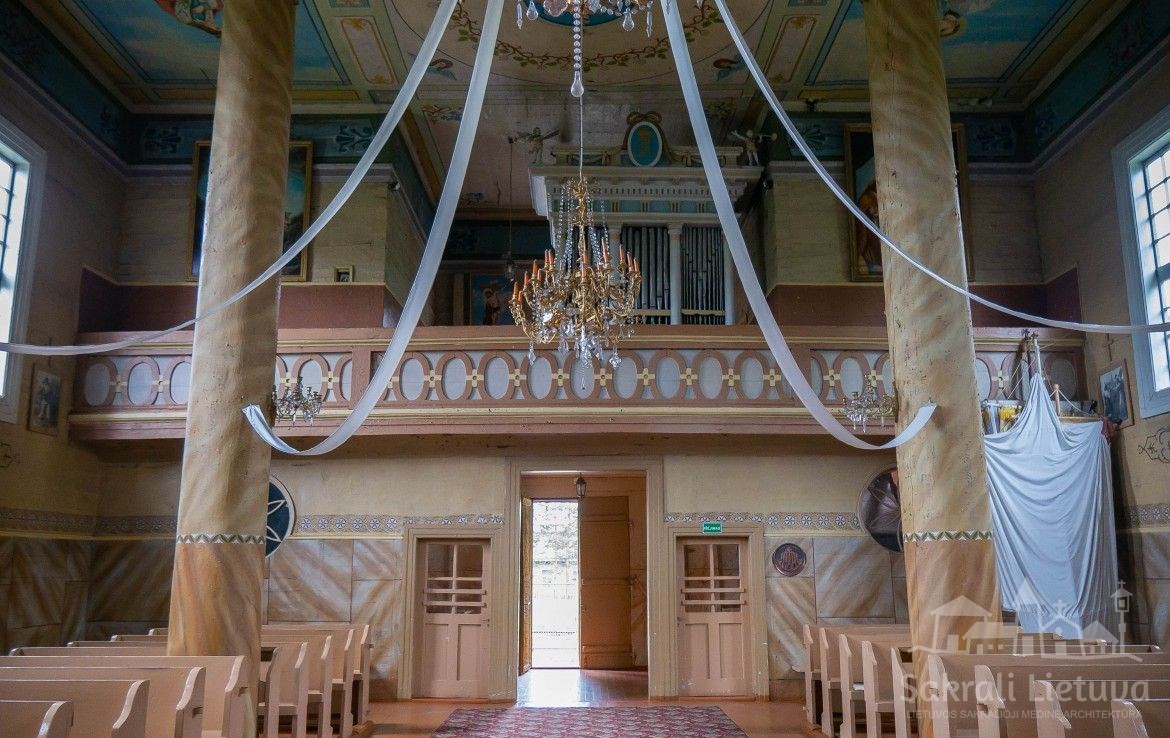 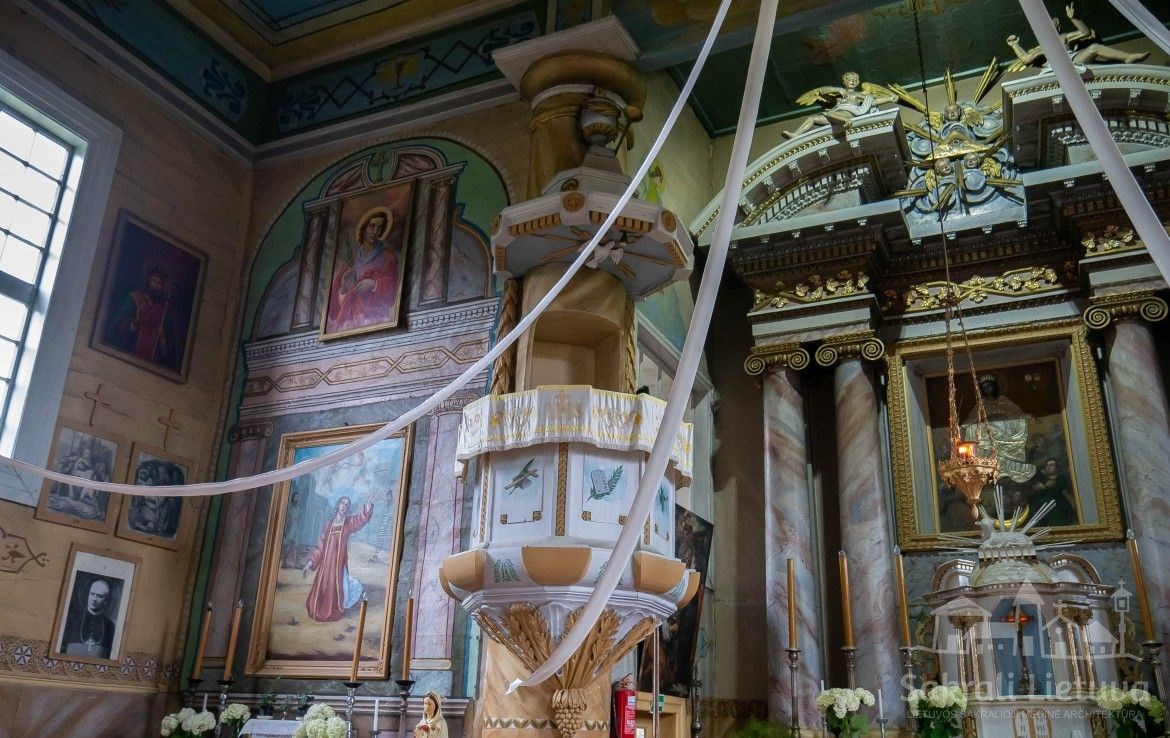 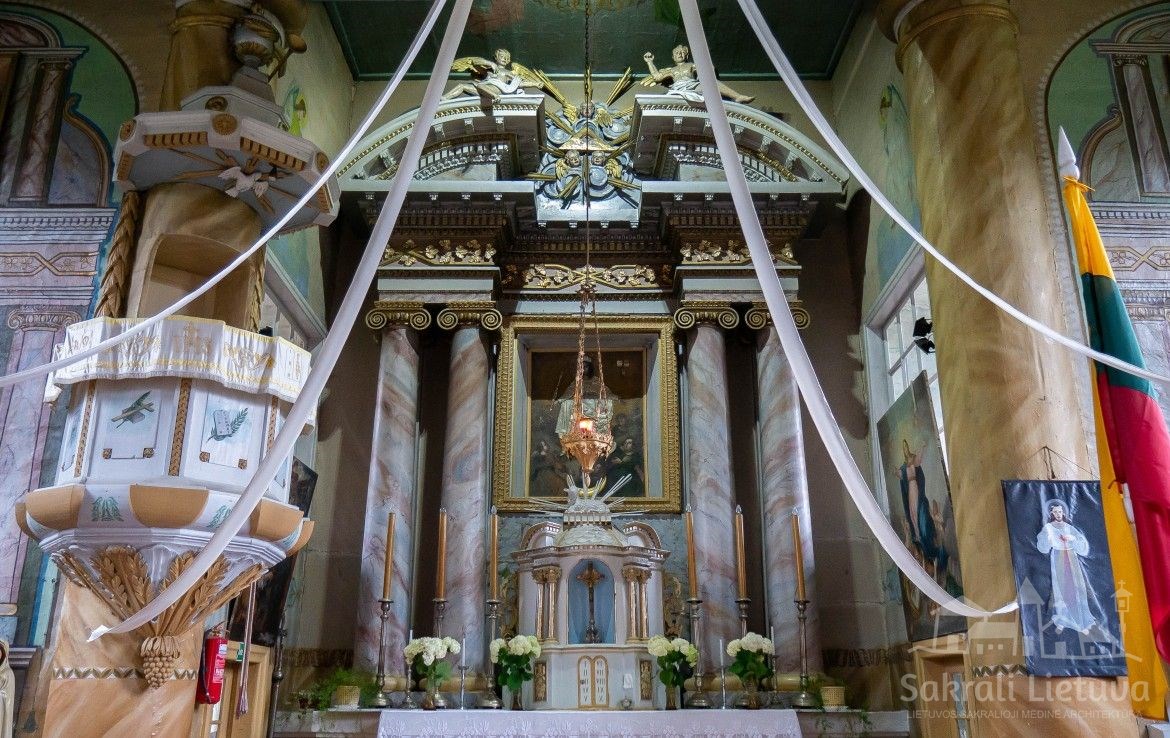 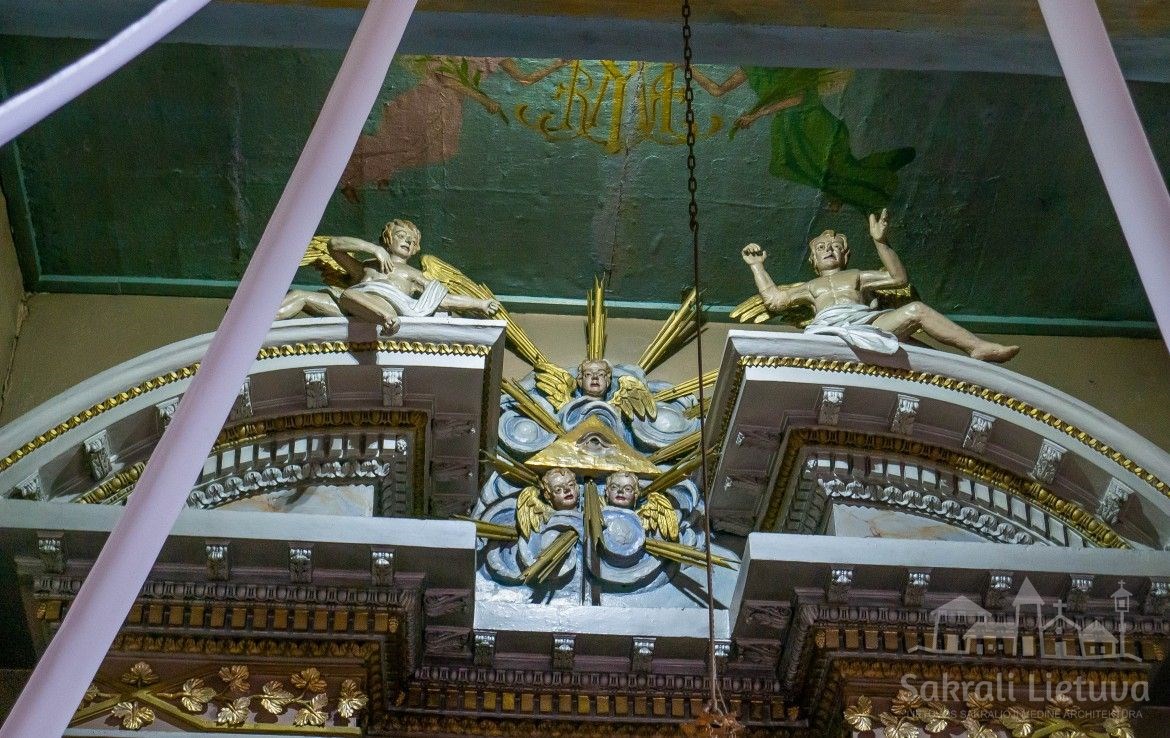 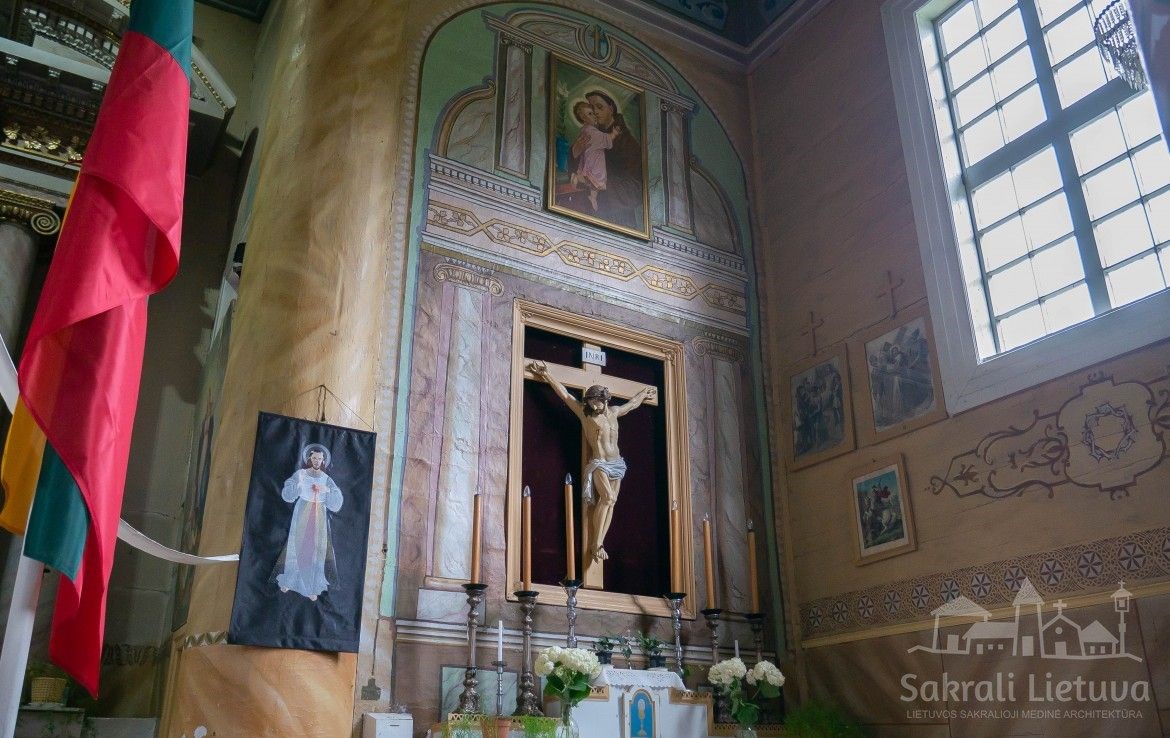 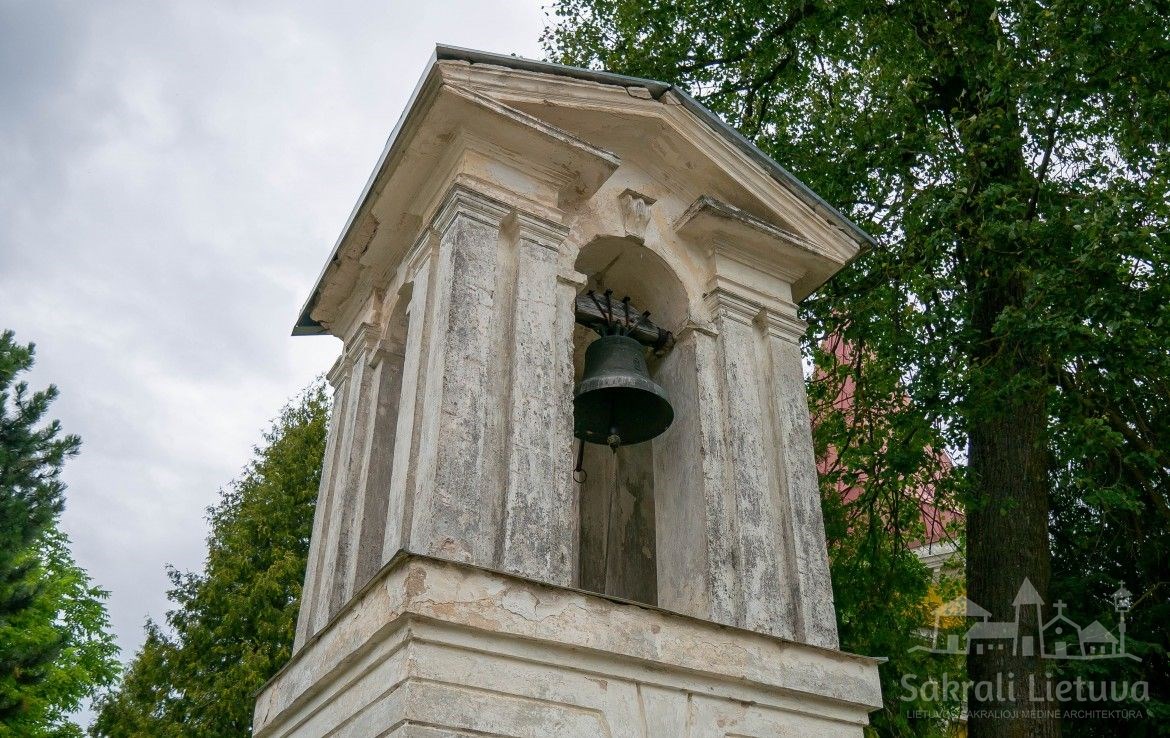