It is estimated that the Benedictine monastery and church, established in Pašaltuonis in the mid. 18th c., burned down at the turn between the 18th and 19th centuries. That is why a new wooden church was built in 1803. In 1832, following the subdued uprising, Russians closed Pašaltuonis church and monastery, taking the entire property. Only thanks to the Bishop Motiejus Valančius, the church was restored and reopened in 1858. In 1890, thanks to the priest Vrubliauskas, a new church was built in Pašaltuonis, titled after the Assumption of the Blessed Virgin Mary. A new belfry was built on the south-eastern corner of the churchyard as well.

The historicist church of Pašaltuonis was built on the foundations of plastered stones and bricks, featuring the date of the commencement of the construction – 1889. The rectangular church has a rectangular presbytery, which is narrower than the nave. Thus, both sides of the presbytery have recesses, covered with mono-pitched roofs. The presbytery is finished with a triple apse with a triangular roof. The main space of the church is covered with a tin gable roof. Above the front façade pediment there is an octagonal Baroque turret with a cross. A similar, though smaller one, decorates the apse. The walls are covered with vertical planks, while the eaves and the attic are surrounded with profiled cornices. The windows of the church feature pointed arches, characteristic to the Gothic period. The front façade has no décor, only a high triangular pediment with an arched window in the centre. The pediment is divided from the façade with a small roof edging. Above the wide double doors there is a gable canopy.

The interior of the church features a single nave with an entryway, divided from the main space by a wall. On both sides there are balconies for the choir. The interior features neo-Gothic and neo-Baroque. The ornate benches are decorated with pointed arches. Another detail, characteristic of the Gothic period is the imitation of pointed arches with tracery, used in the confessional design. The great altar of the Assumption of the Blessed Virgin Mary with the main painting of the same title, is characterised by modest neo-Baroque plastics.

The square belfry of the church of Pašaltuonis is integrated into the churchyard wall. The belfry features two sections with the lower much wider than the upper. The pavilion roof has a spire with a cross. The belfry is covered with vertical planks. The second section has rectangular acoustic openings. Two bells have been purchased for the funds, collected from the congregation, in 1931.

The churchyard is surrounded by a stone masonry wall with wide masonry gates. The arched gates have a triangular pediment, the centre of which features a glass niche with a wooden relief of the Blessed Virgin Mary of the Gate of Dawn with Greek crosses on both sides of the niche.

In the churchyard there is a cemetery, which is the final resting place of Antanas Brazas, partisan messenger of Kęstutis district, and Izidorius Sabonas, the long-time organist and choirmaster of Pašaltuonis church. 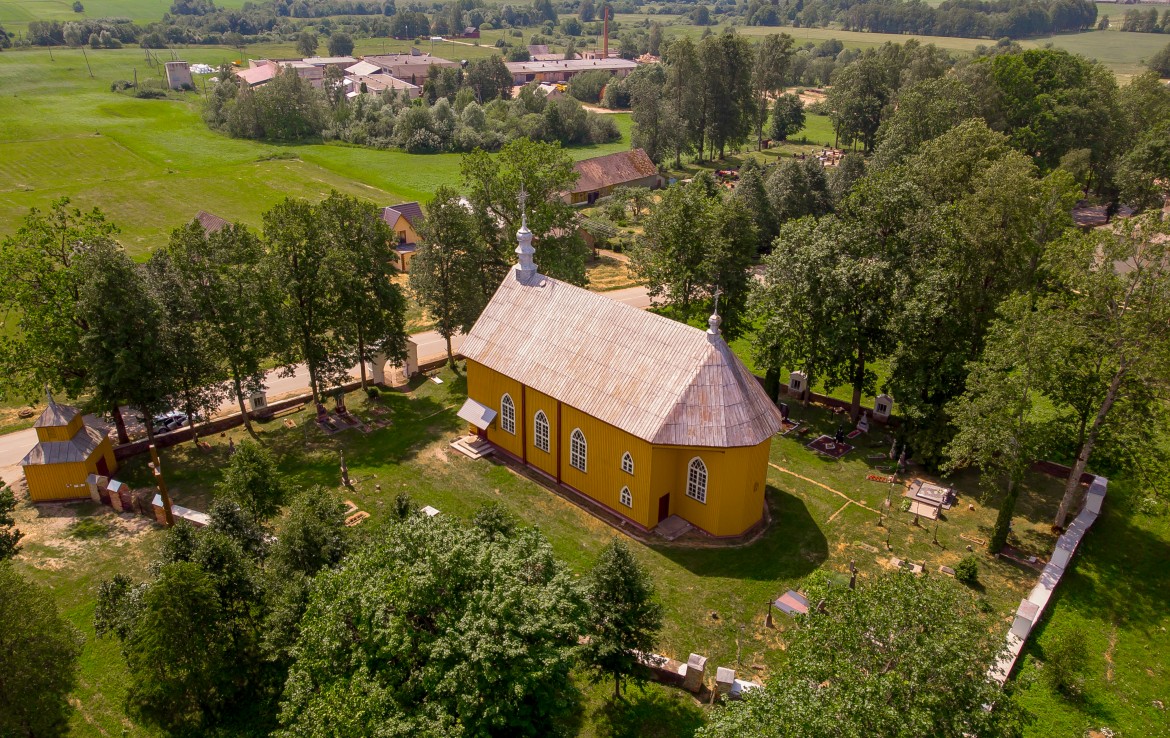 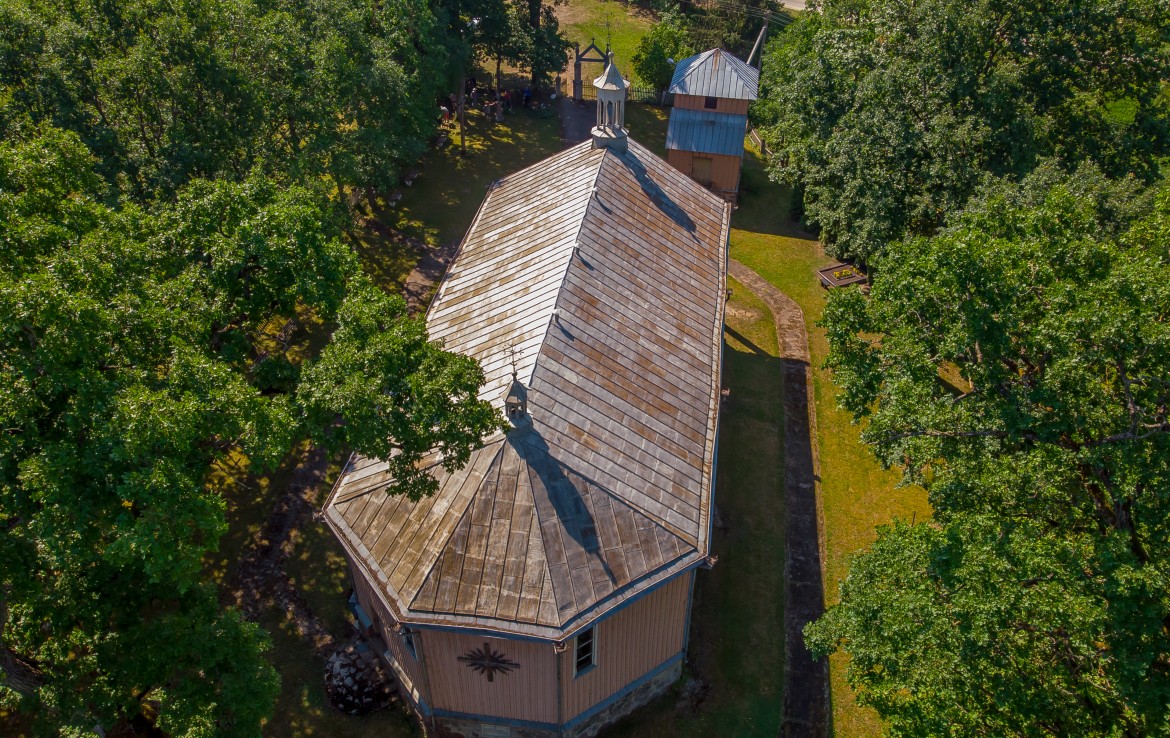 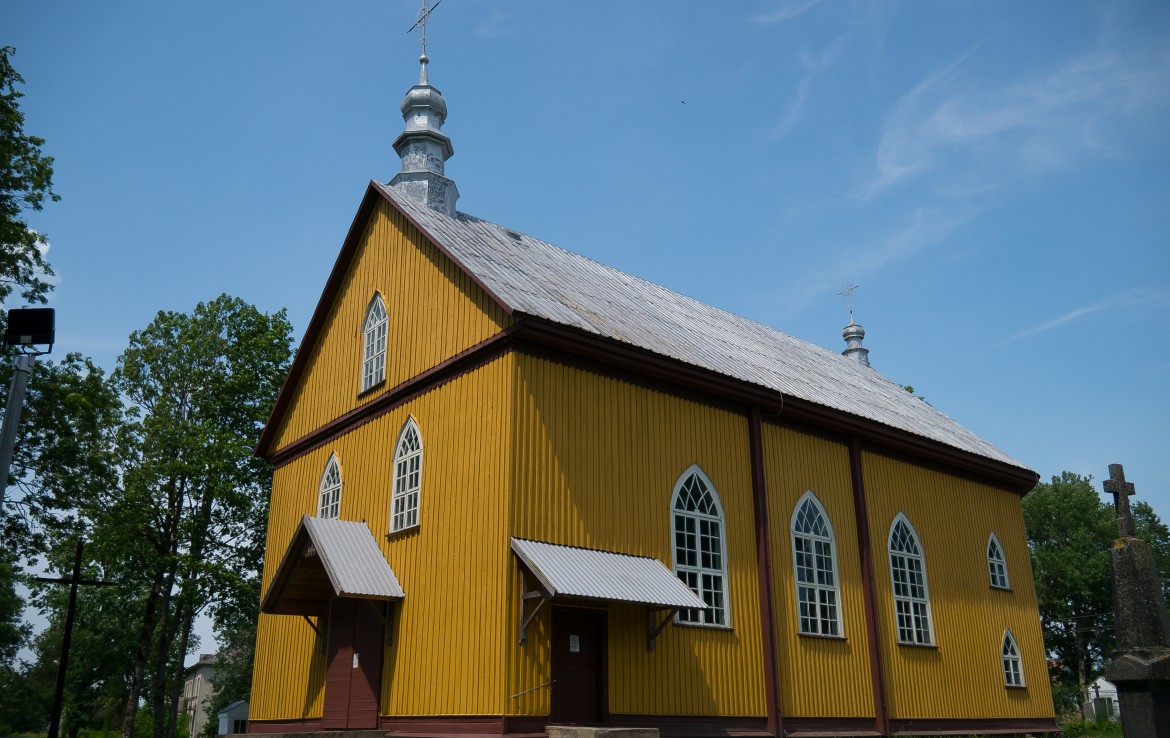 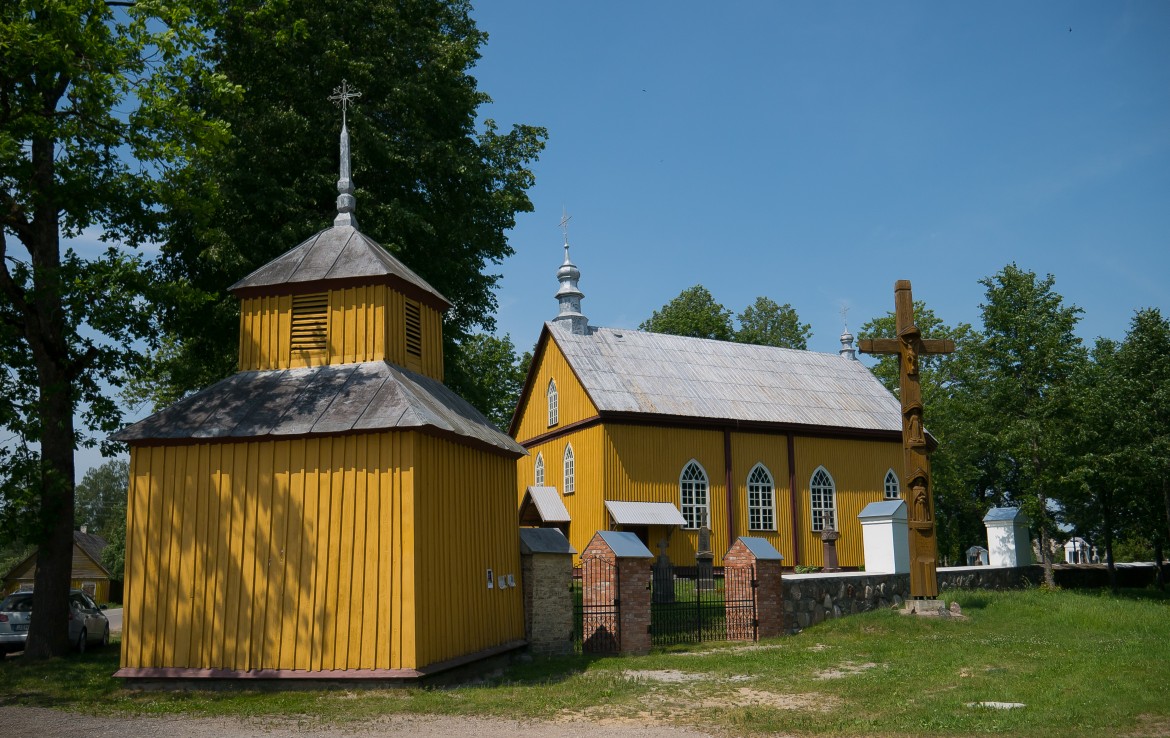 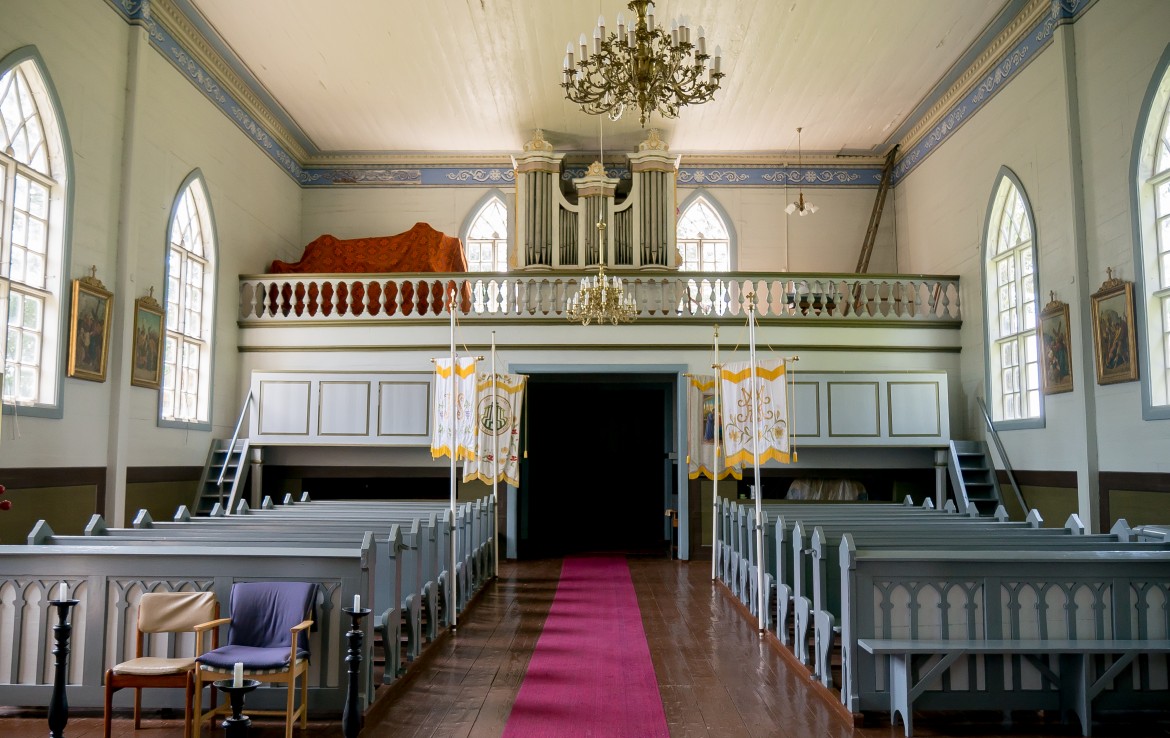 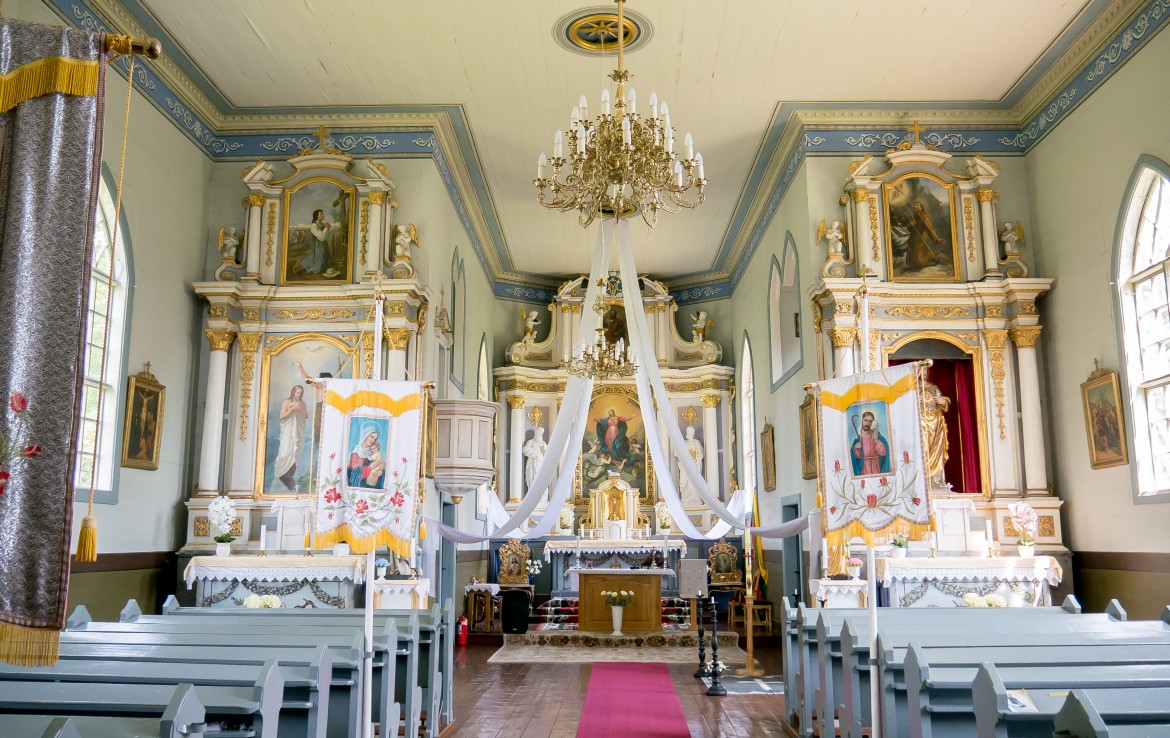 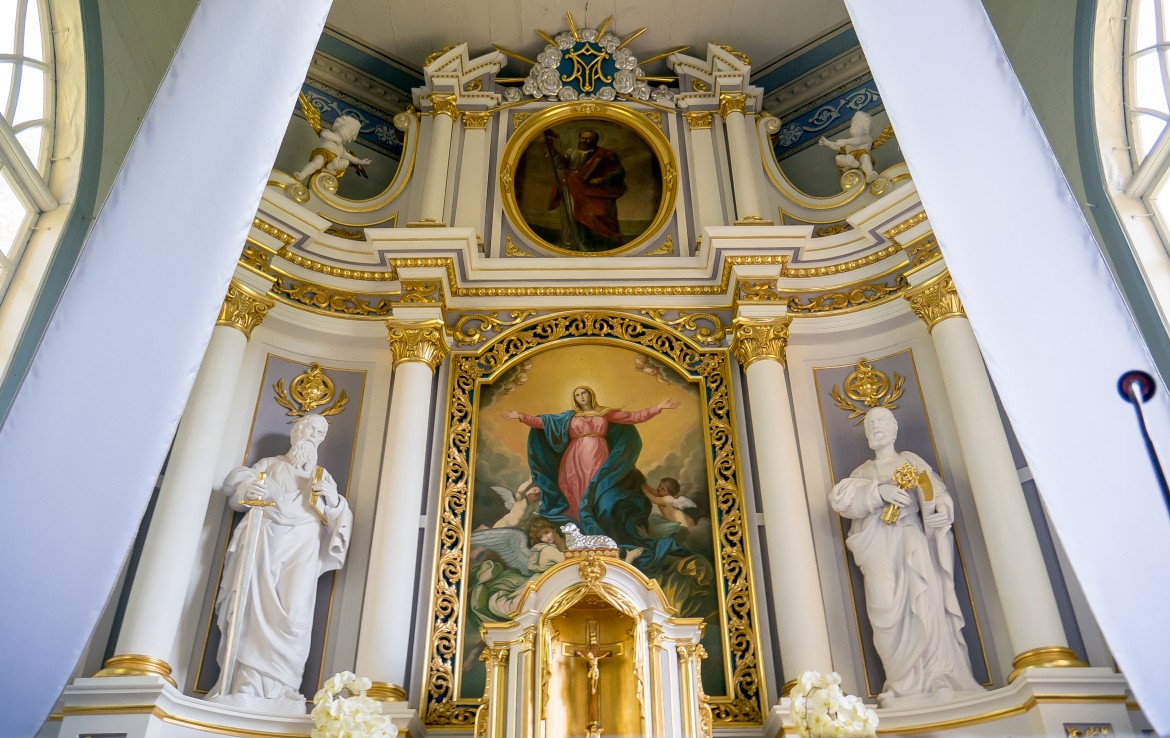 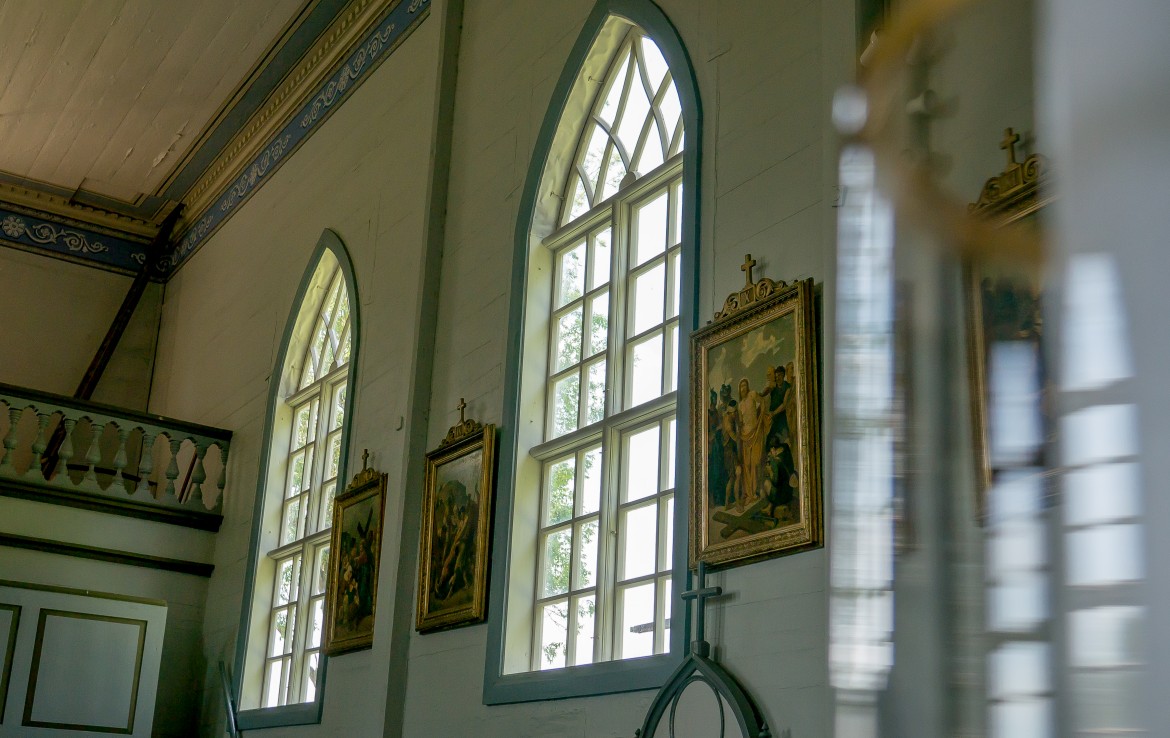 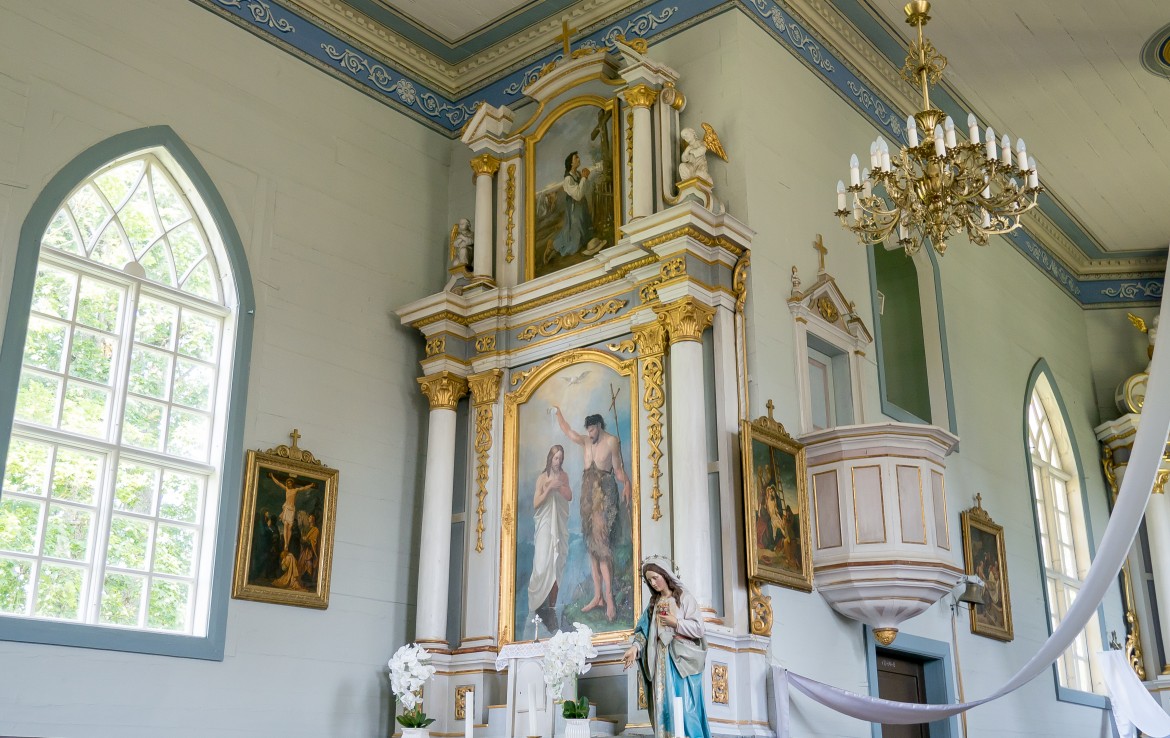 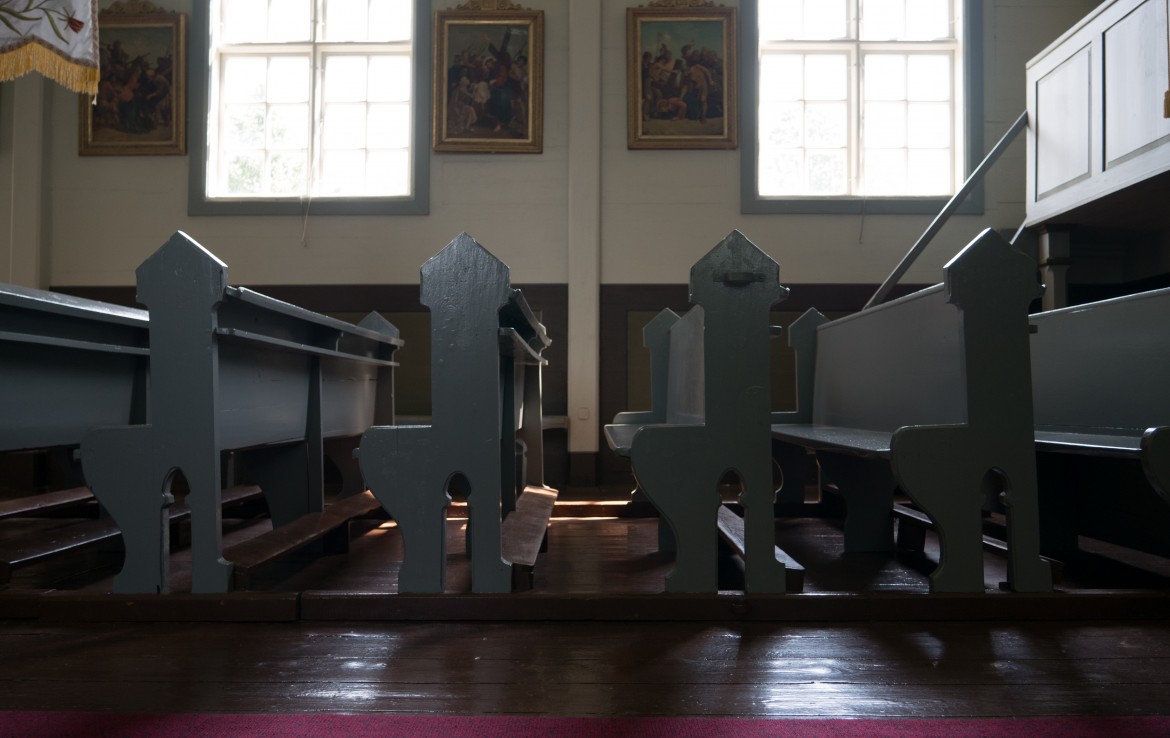 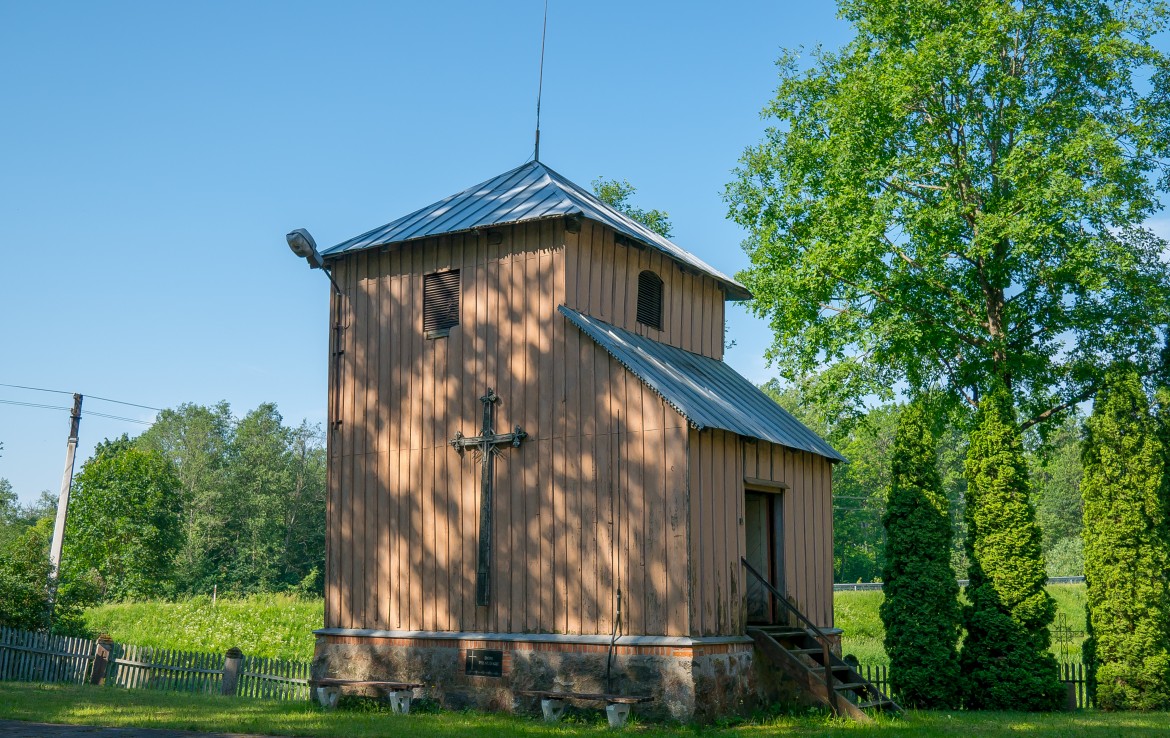