The wooden chapel of Papiliai cemetery was built in 1763 by the landlord Fortunatas Bilevičius, but at the beginning of the 19th century the chapel burned down. Shortly after the fire (1818) the chapel was rebuilt and was assigned to the church of Subačius as its division. During renovation in 1935, the portico posts were replaced, and the existing shingle roof was replaced by a steel sheet one. The chapel was renovated for the second time around 1960, when the painter Vytautas Šerys decorated its interior. It is believed that the poet and priest Antanas Strazdas served as a priest in Papiliai. Petras Vaitiekūnas (1889-1946), the ethnographer and Papiliai priest, is buried in the chapel cemetery. In 1996, a composition of two crosses was built near the cemetery gate dedicated to all the dead people of Papiliai.

Vincent Ferrer Chapel of Papiliai cemetery is compact in volume, of a rectangular layout and built on a stone masonry plinth. The chapel ends with a three-wall apse and a small sacristy clinging to the northeastern facade. The roof of the chapel is covered with steel sheets; it is two-sided above the main volume, and three-sided above the apse, and two-sided above the sacristy. Ornamented forged metal crosses rise above the portico and apse ridges. The main facade is decorated with a wide portico supported by four-columns. The main facade has a two-leaf door with edging, with forged hinges, and is boarded in herringbone pattern. A rectangular segmental arched window is above the door. Other chapel windows also are rectangular in shape, with a segmental arch and key. The apse has small round windows. The walls are vertically boarded with narrower planks.

The interior has a natural wood finish: beam ceilings, wooden board flooring, wooden paneling walls. The ante-nave is separated from the main nave by two wooden columns. There is a choir area with baluster fence above the ante-nave. Another baluster fence is installed in front of the altar. The painting “St. Mary with the Baby” decorates the first section of the central altar, and “St. Helena” – the second section. The altar retable is gorgeous, with helical columns, stylized capitals, and with side wings finely carved in plant patterns. The paintings on the left altar are dedicated to St. Vincent (section one) and “St. Anthony of Padua” (section two). The sides of the altar are decorated with volutes. The first section of the right altar includes the painting “The Guardian Angel”, and the second one includes “The Eye of St. Providence.” A brass bell with a suspension structure is installed in the chapel. 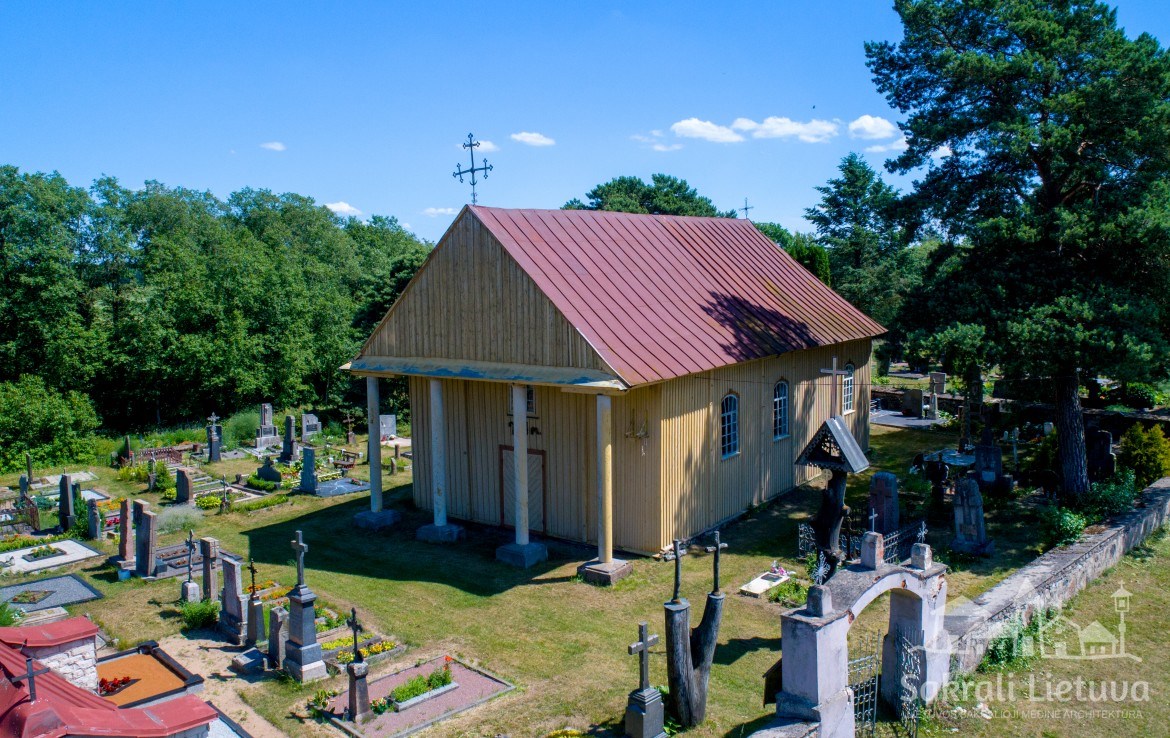 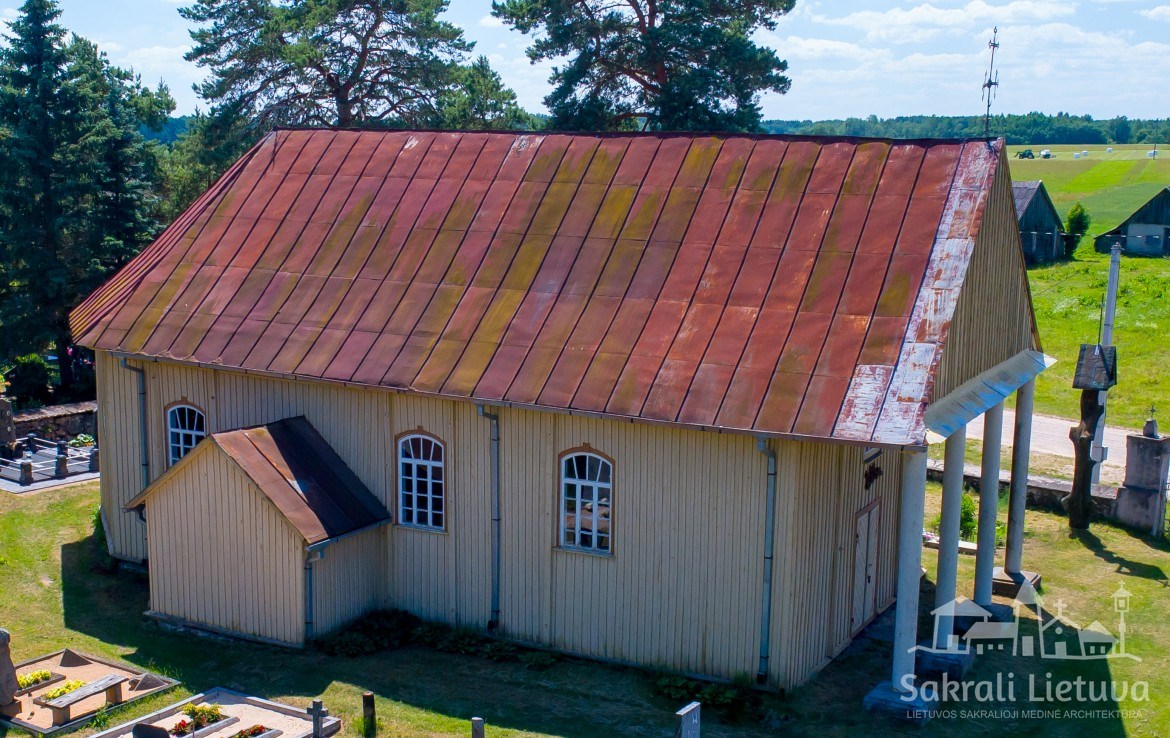 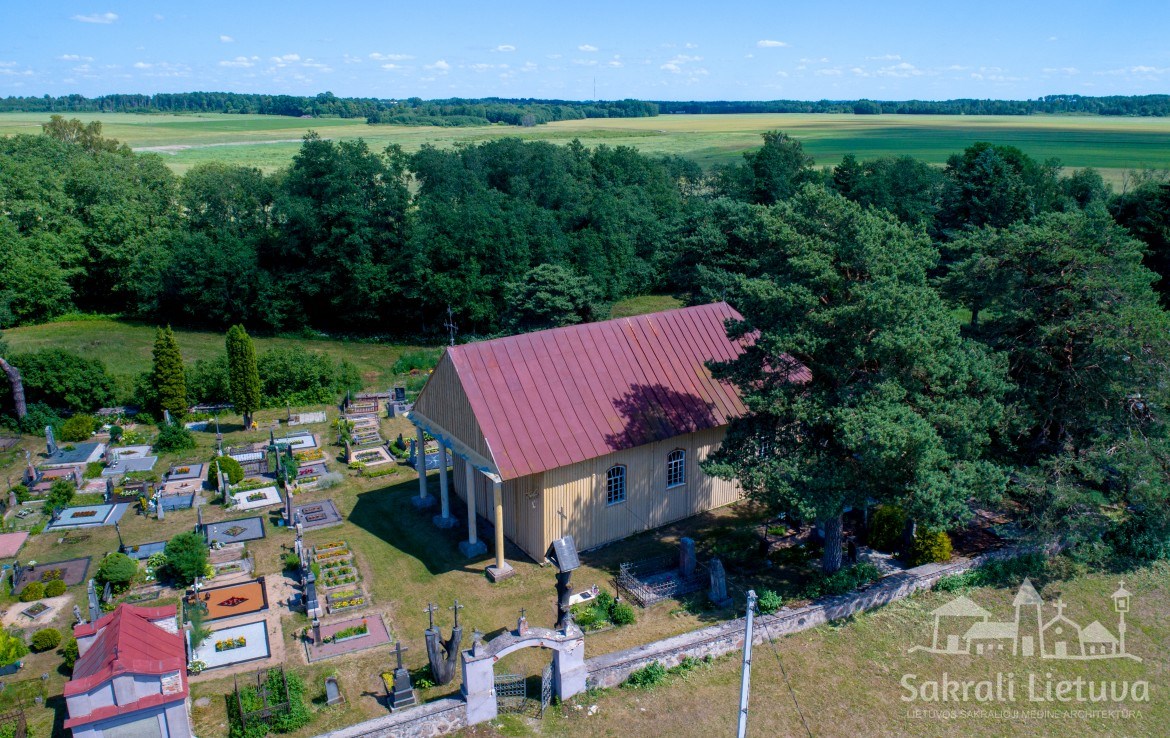 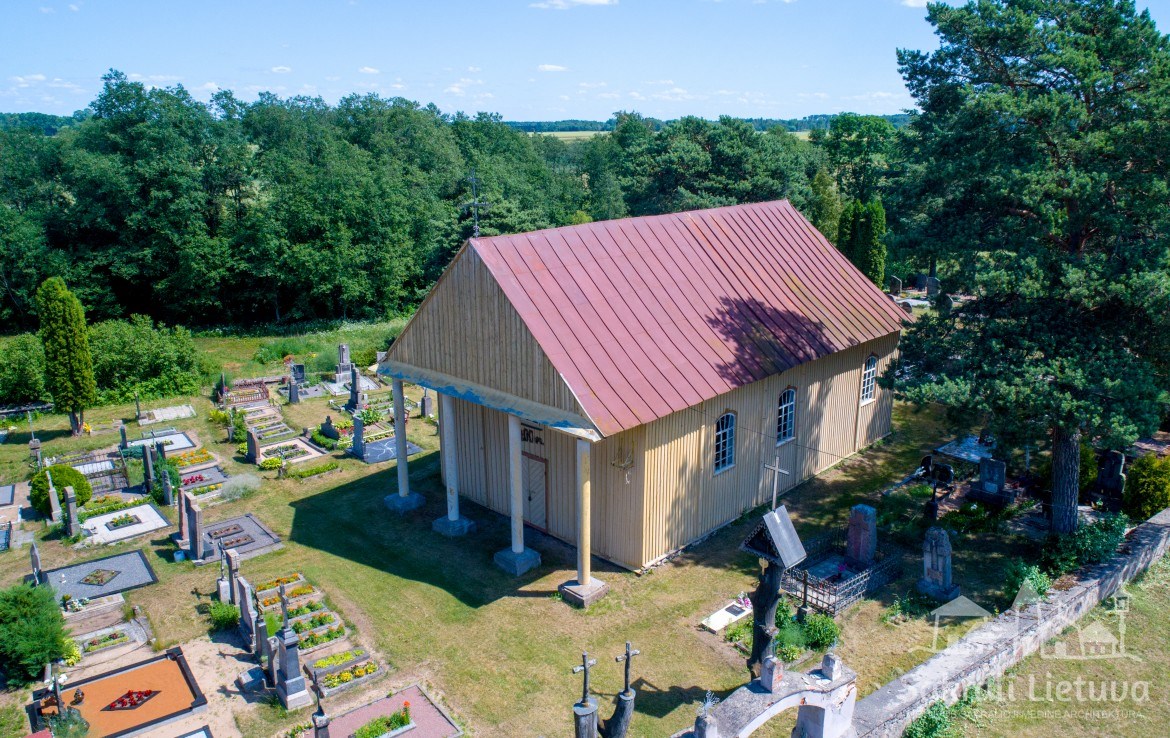 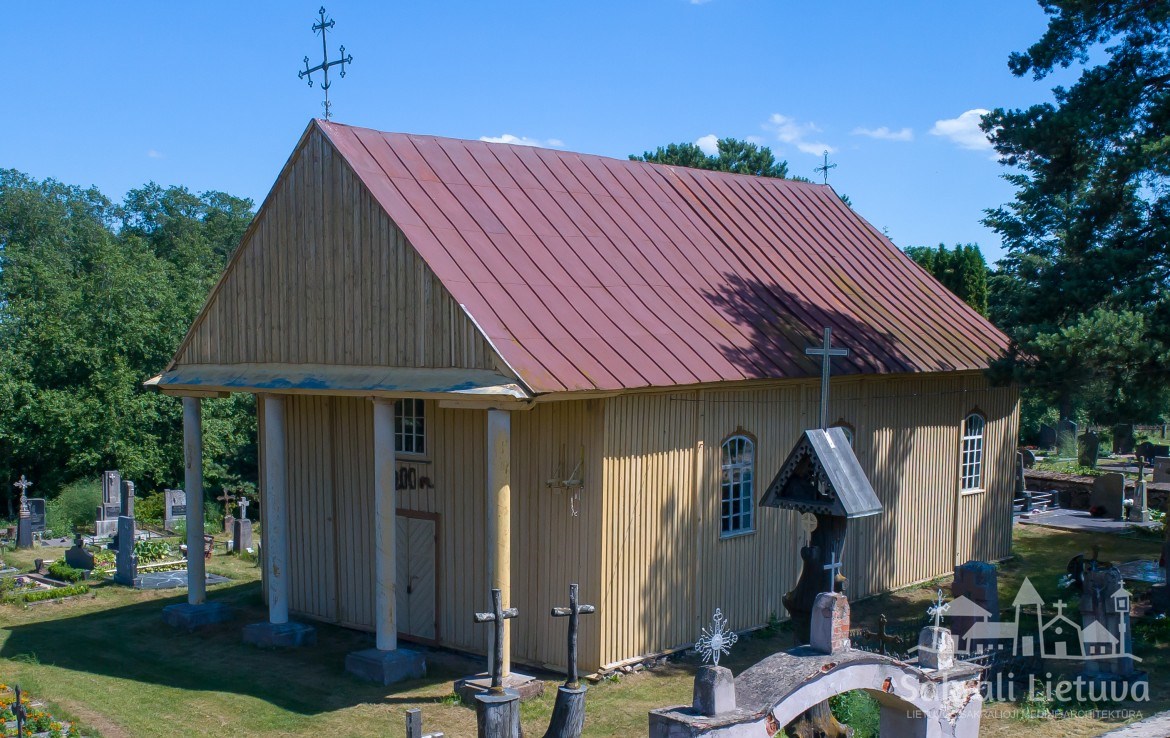 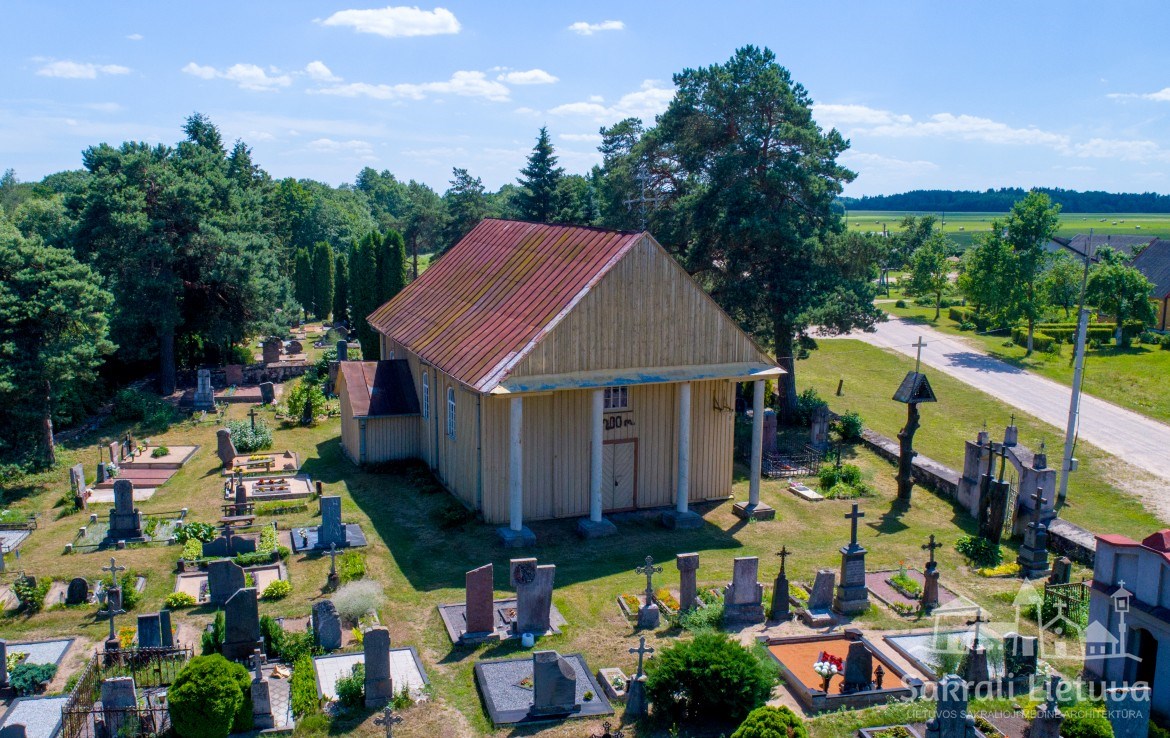 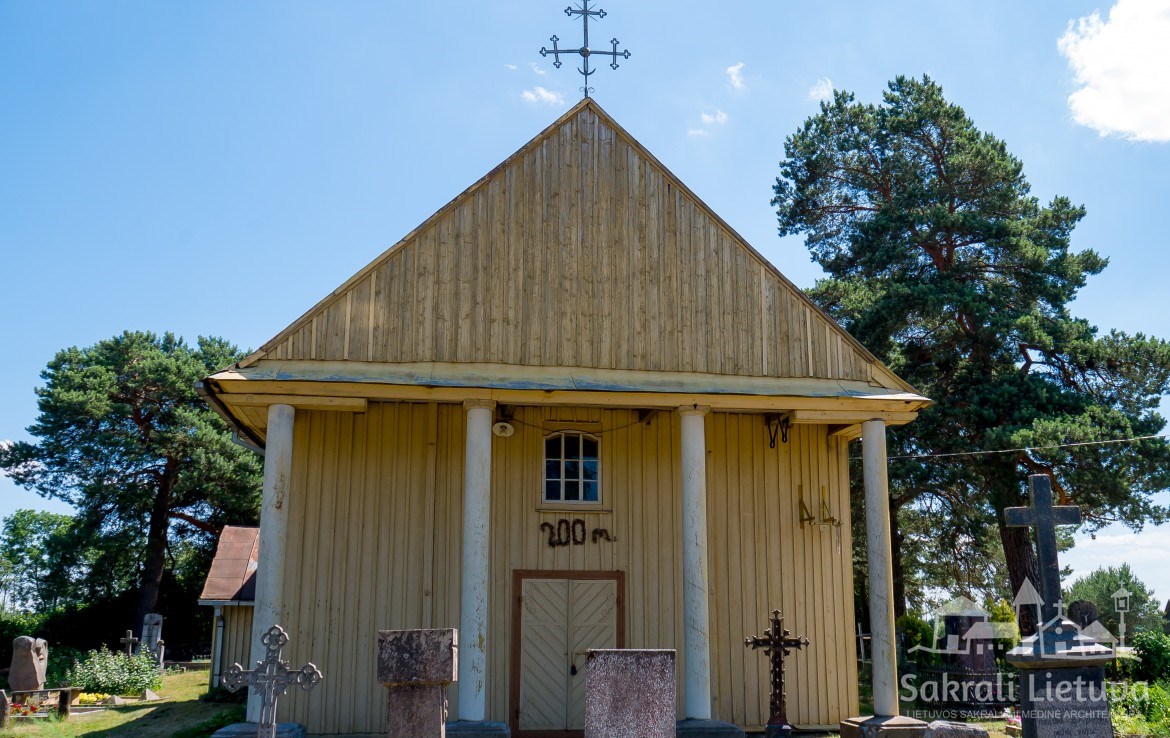 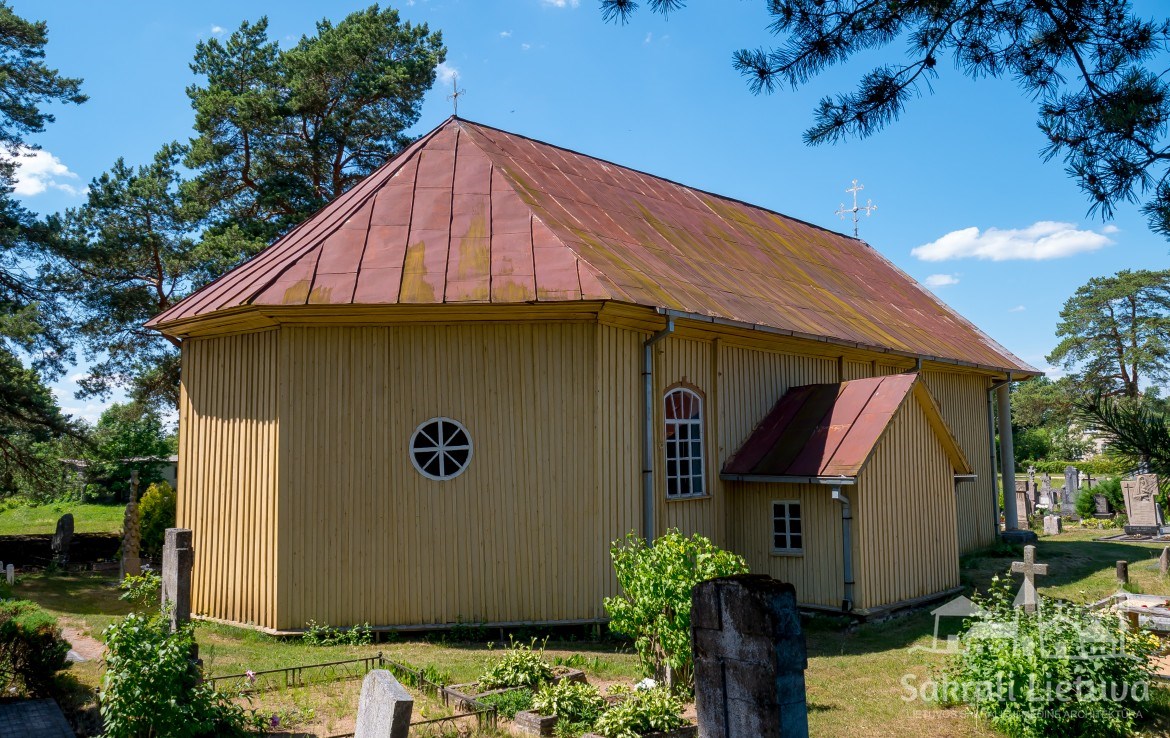 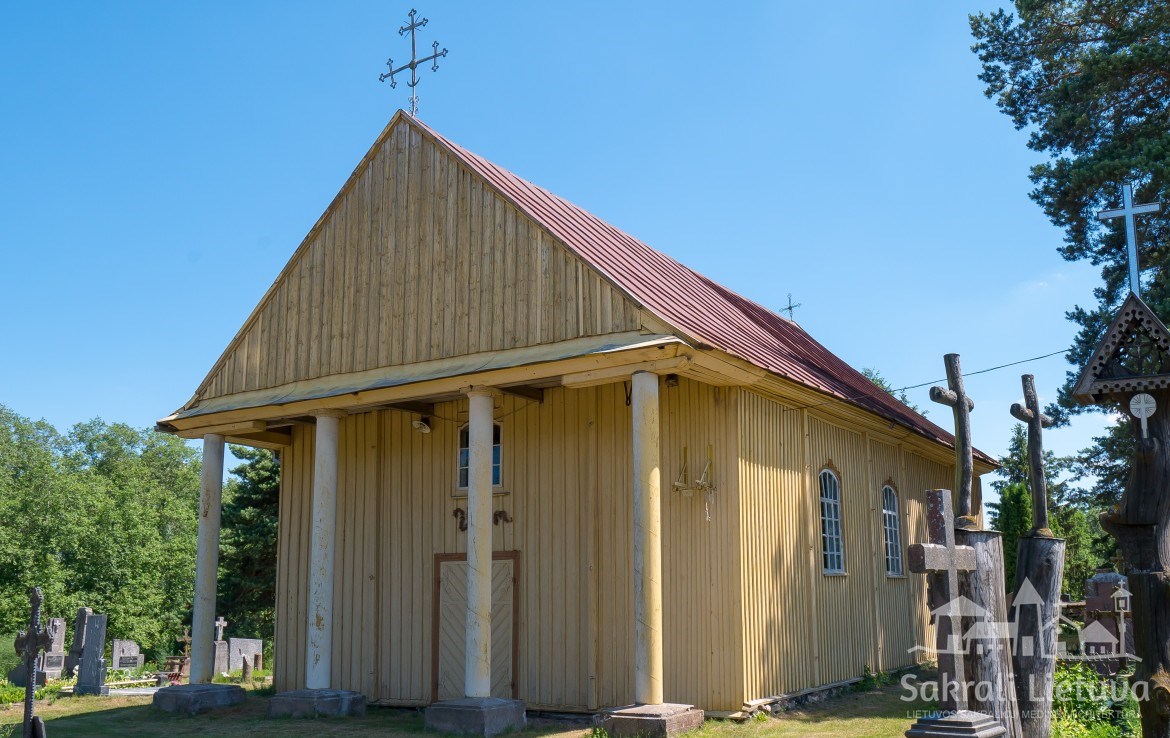 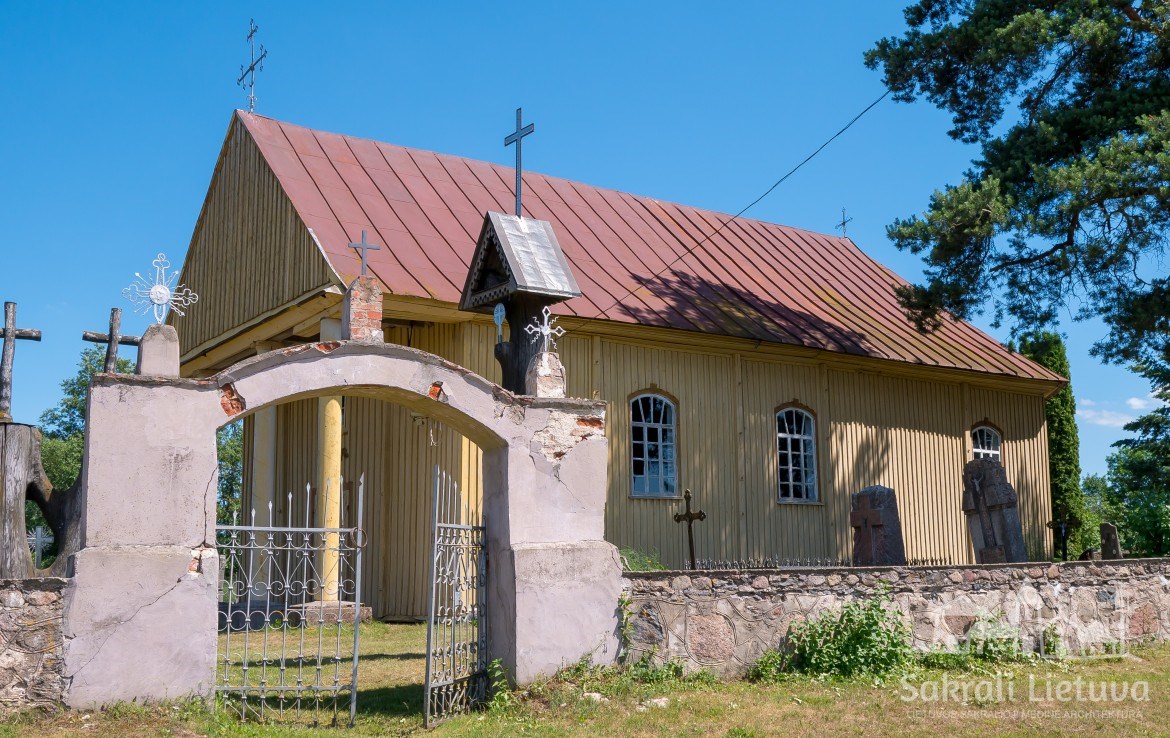