The first church in Paparčiai was built back in the early 16th c. Soon, in the 2nd half of the 16th c. it was taken over by evangelical reformers. In 1609, the church was returned to Catholics. In 1649, the GDL treasurer Stanislovas Beinartas brought Dominican monks to Paparčiai and they built a new brick church instead of the old wooden one. The church belonged for the Dominican monastery for more than 300 years. In 1864, by the order of the Tsarist Russian authorities, the church and the monastery were closed and, 27 years later, demolished. What remained was only the ruins of the monastery’s gate and the 18th c. cemetery chapel with valuable fragments of mural paintings.

In 1915, the priest Jurgis Zimkus was appointed to Paparčiai. In 1916, he organised the construction of the modern-day wooden church, based on the project by the architect Anton Filipowicz-Dubownik. The rectangular wooden church has some neo-Gothic features, while the interior space is divided into three naves using rows of columns. The massive square belfry, rising on the front façade near the nave, is finished with triangular planes and a spire. The planes are decorated with planks, nailed in different directions. There is a smaller turret of a similar composition on the rooftop of the presbytery too. The walls of the side façades are even and do not stand out with their décor. Their planes are divided by symmetrical rectangular windows.

The interior of the new Church of St Bishop Stanislaus and St Francis of Assisi features the old elements of décor, which date back to the Dominican times. Some of the valuables used to belong to the Dominican monastery and the previous church too. The great altar is decorated with a Baroque tabernacle and the gracious 17th c. painting of Our Lady of the Snows. That is a copy of the famous painting in the Church of Santa Maria Maggiore in Rome, brought from Italy by the Dominican monks. The 18th c. Baroque statues of the Flagellation of Christ and the Crucifixion convey the topic of the passions of Christ. 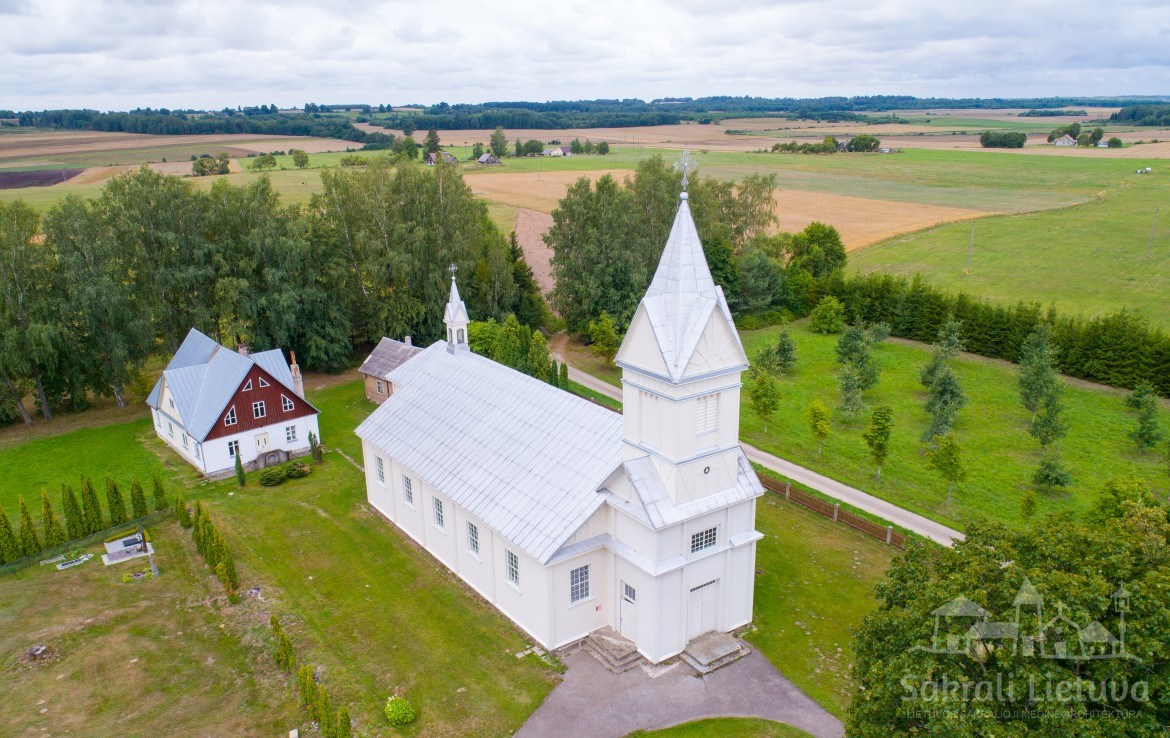 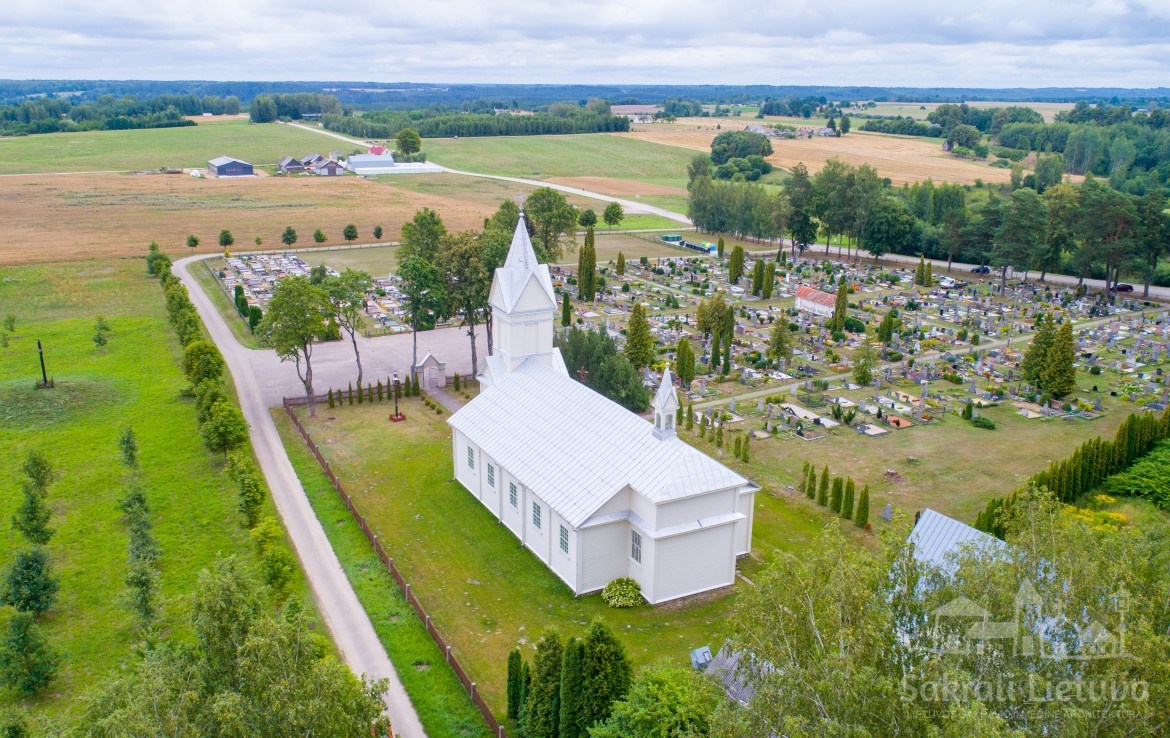 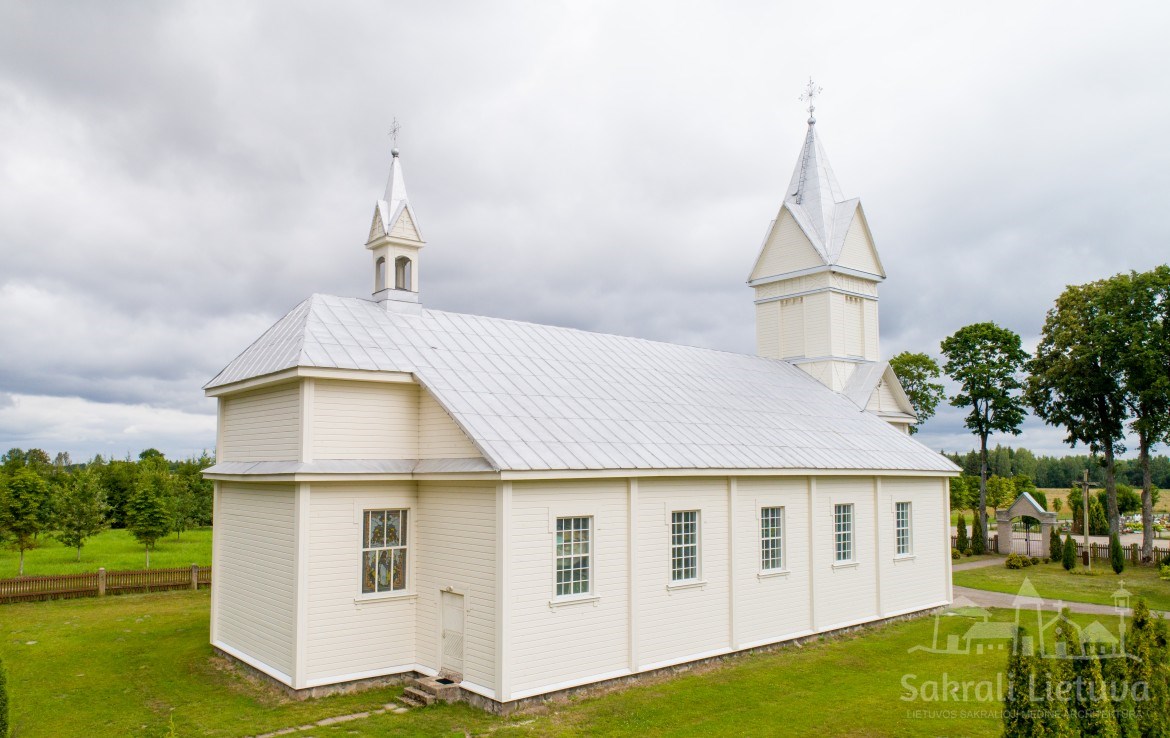 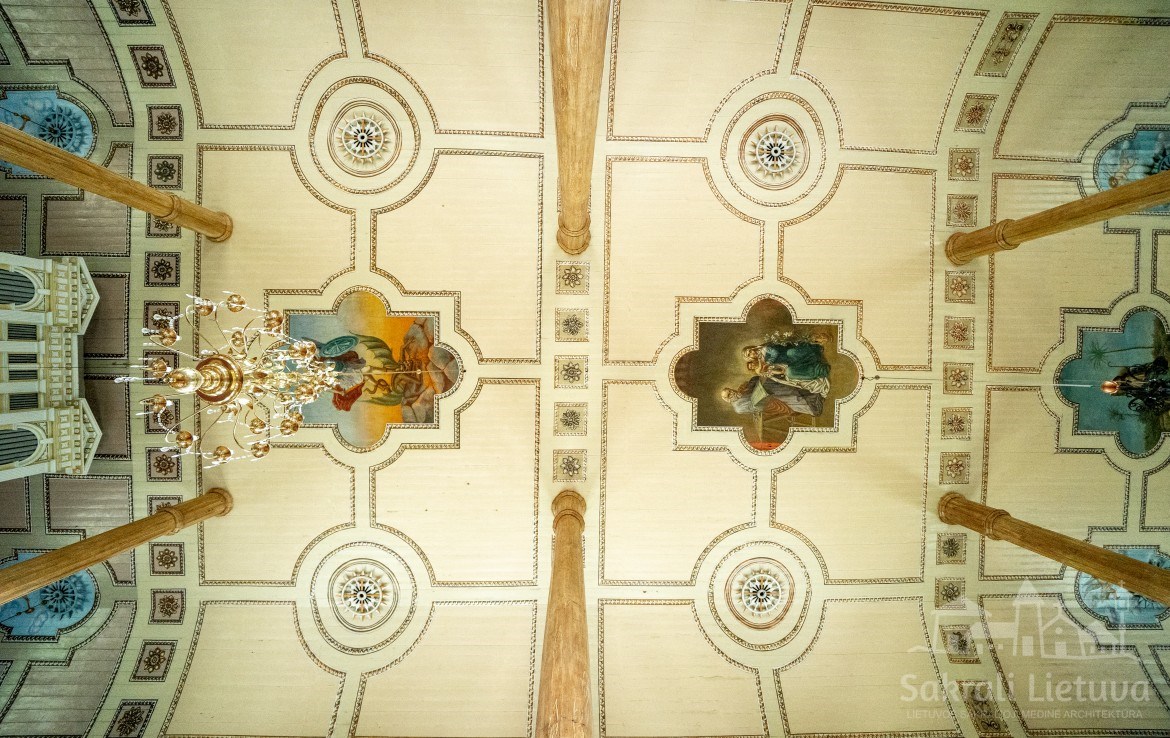 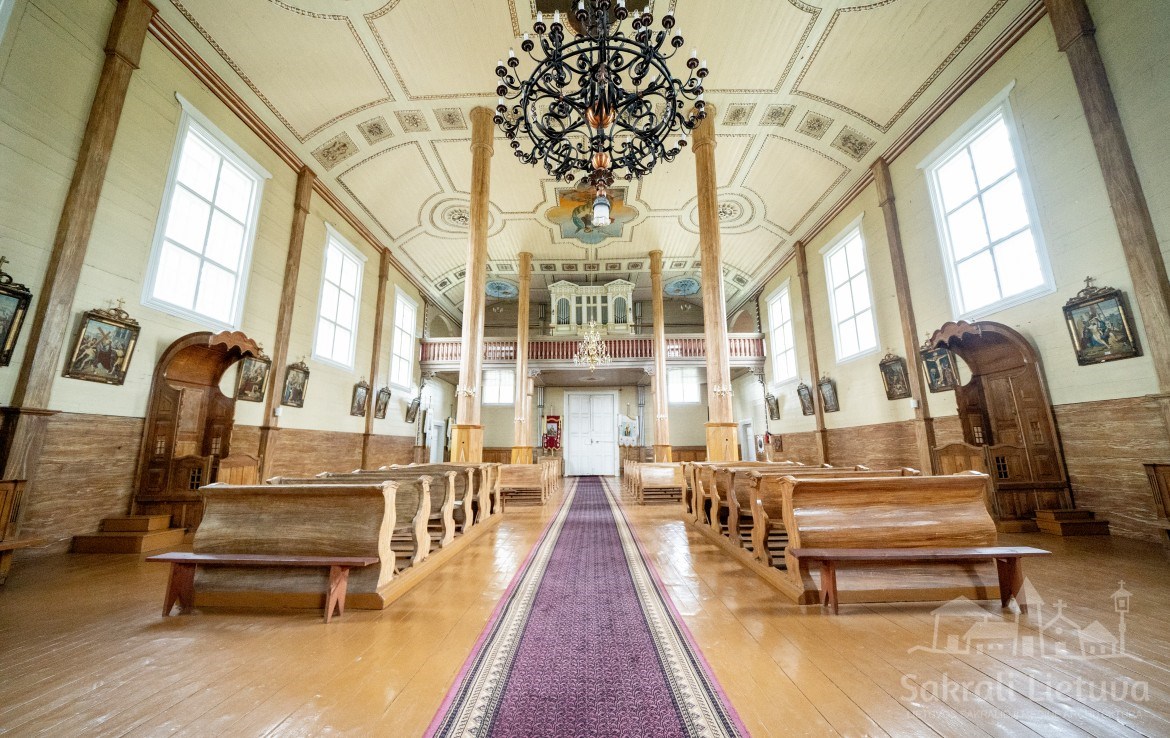 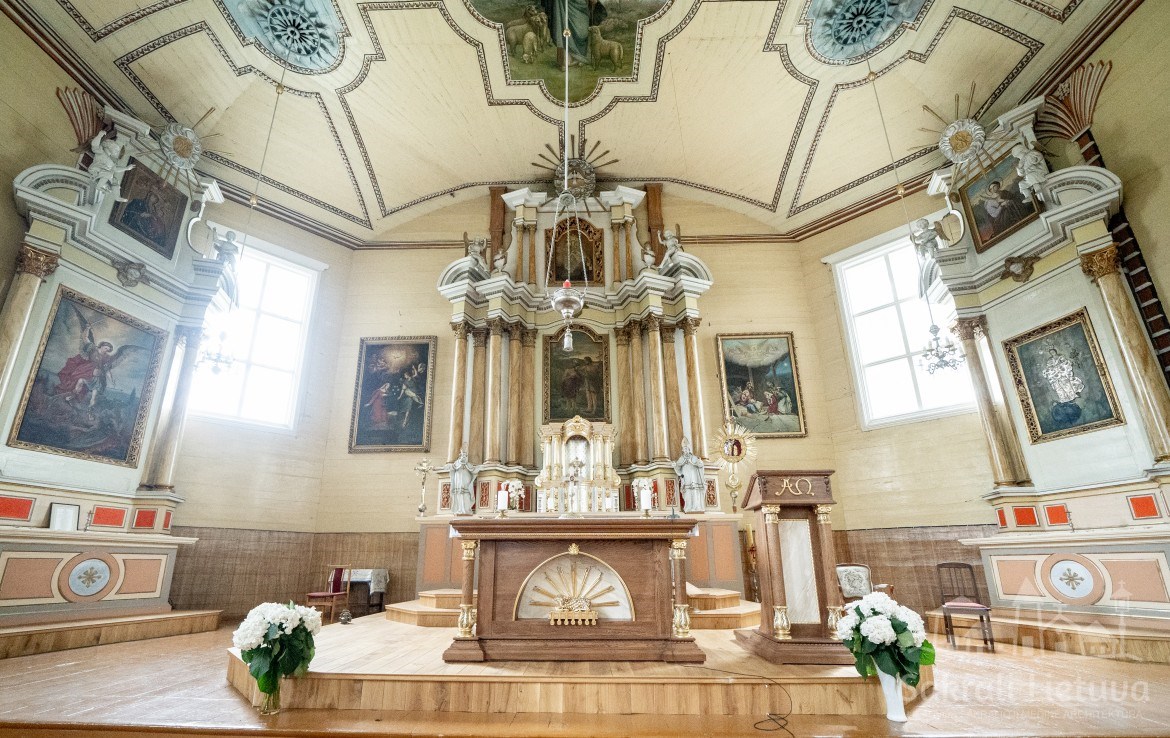 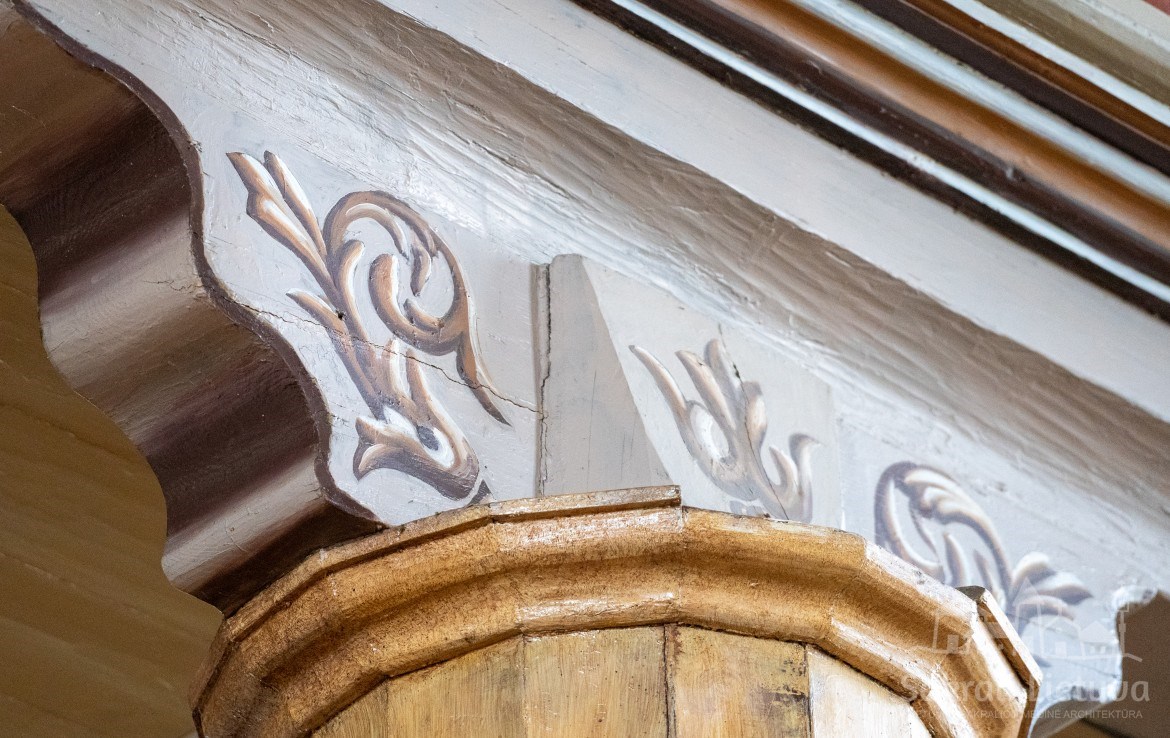 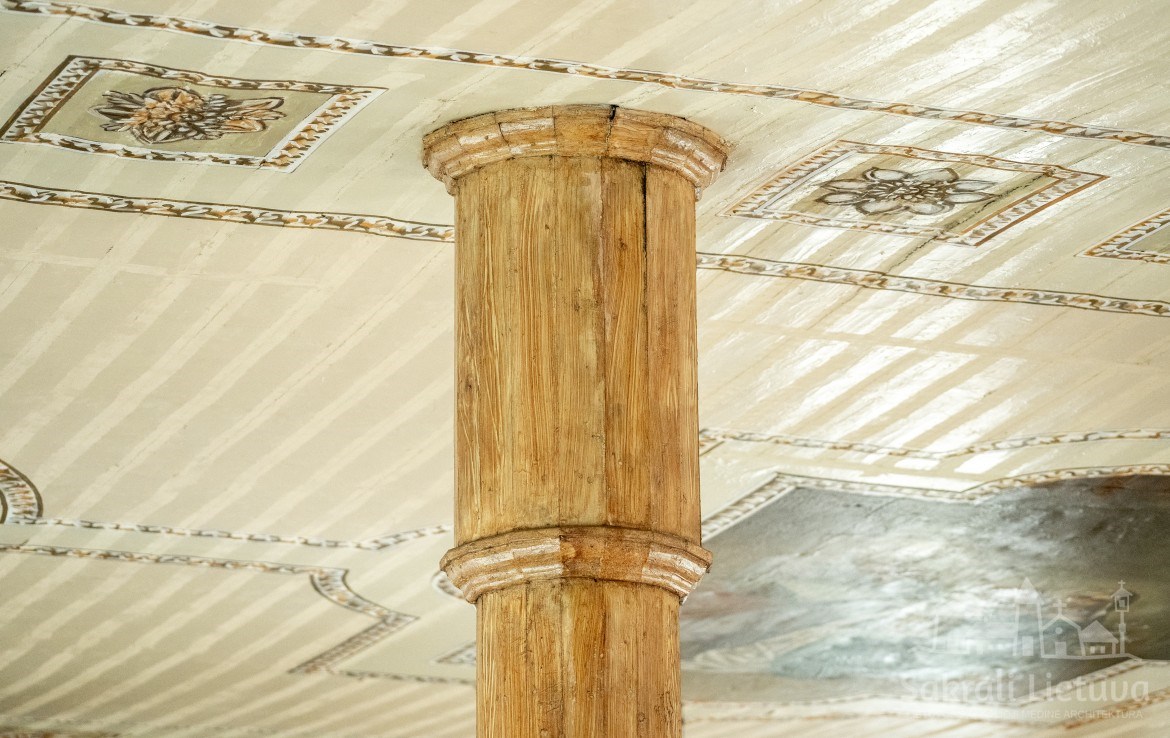 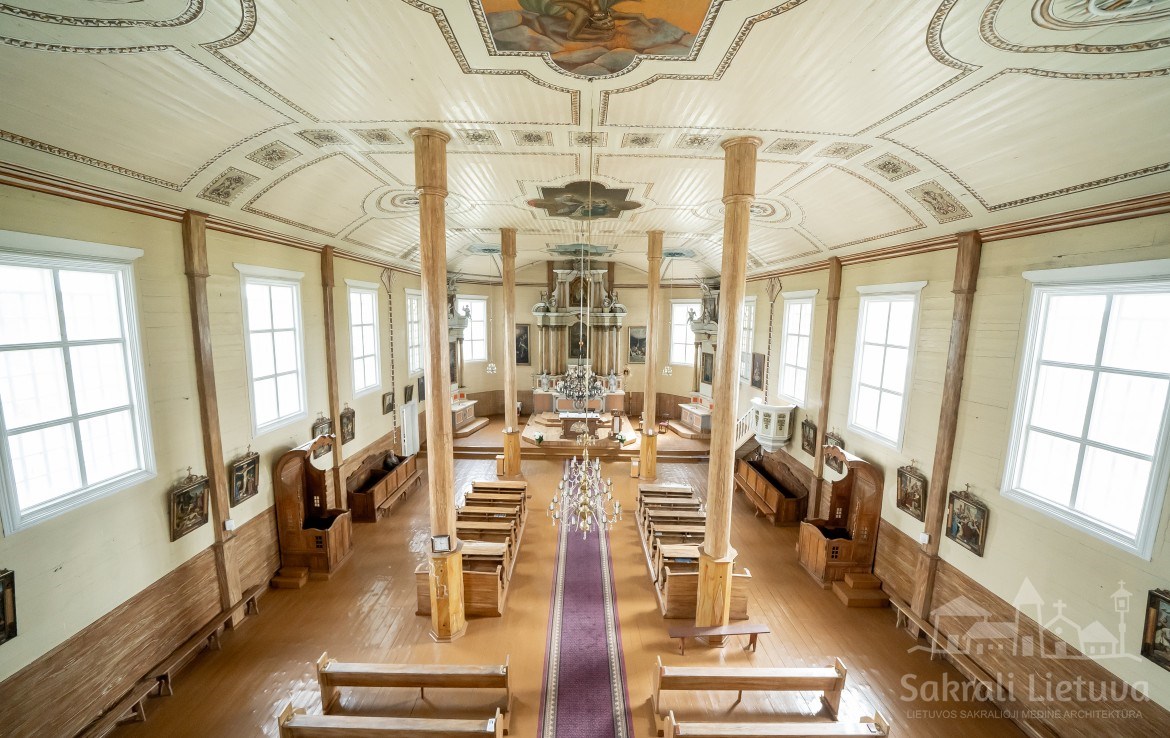 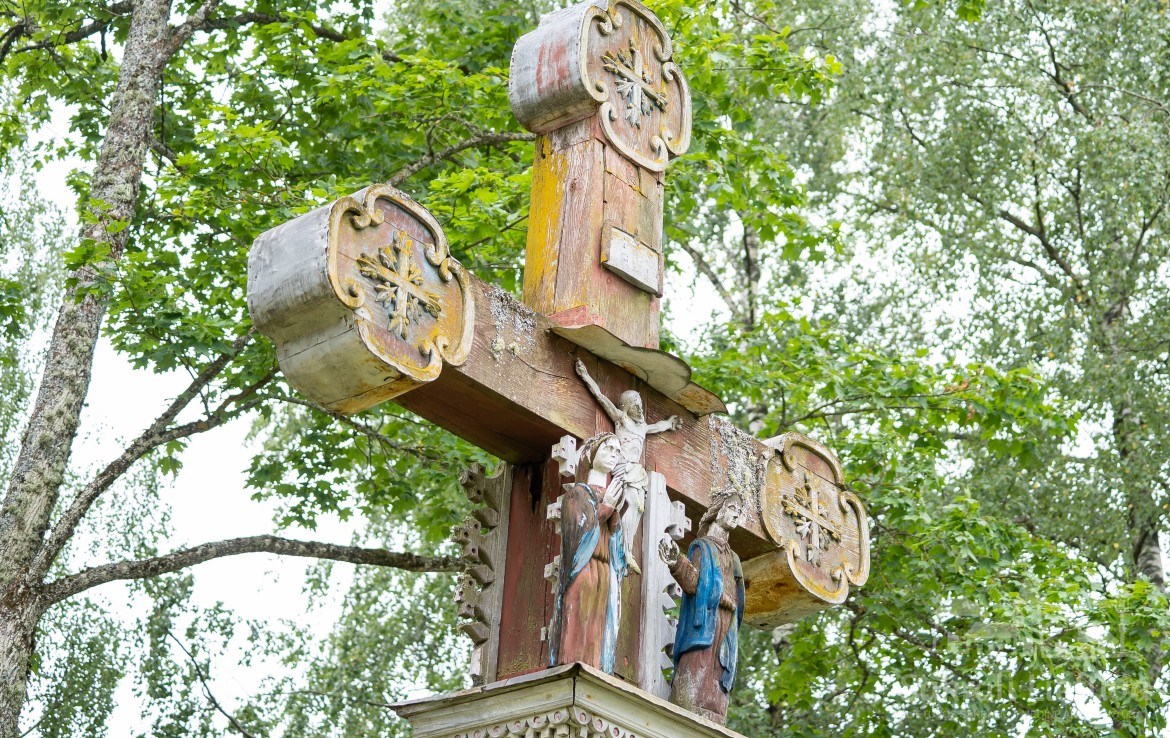 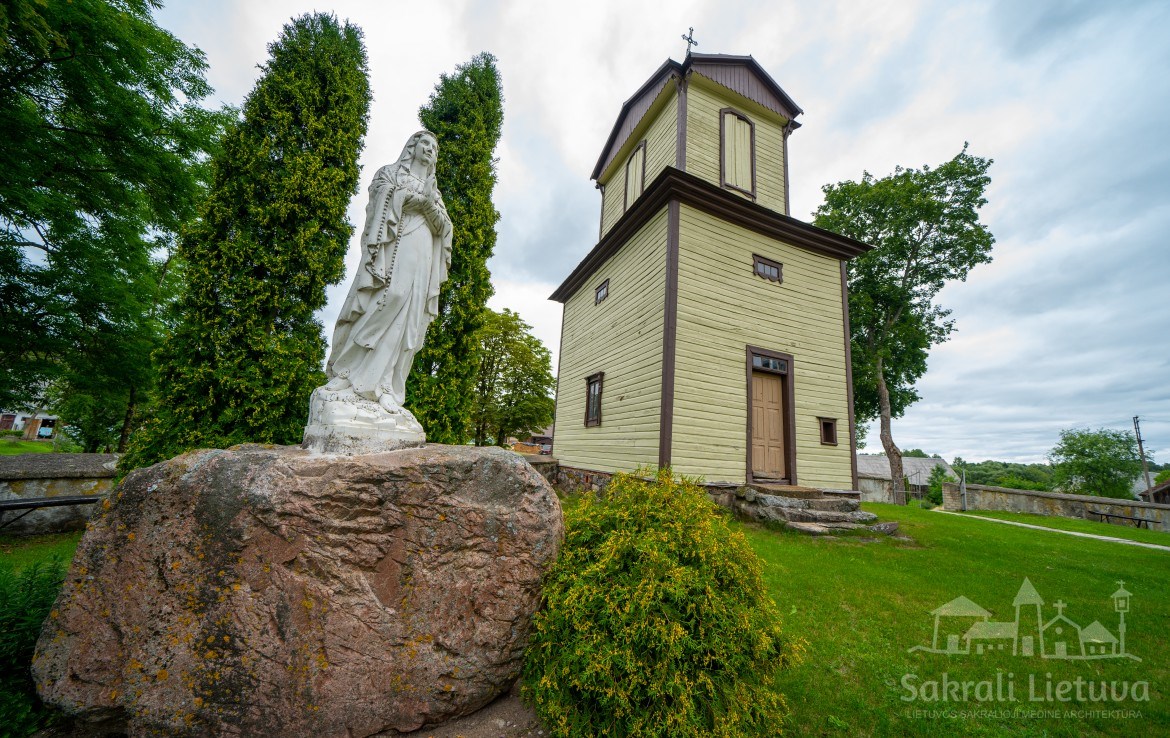 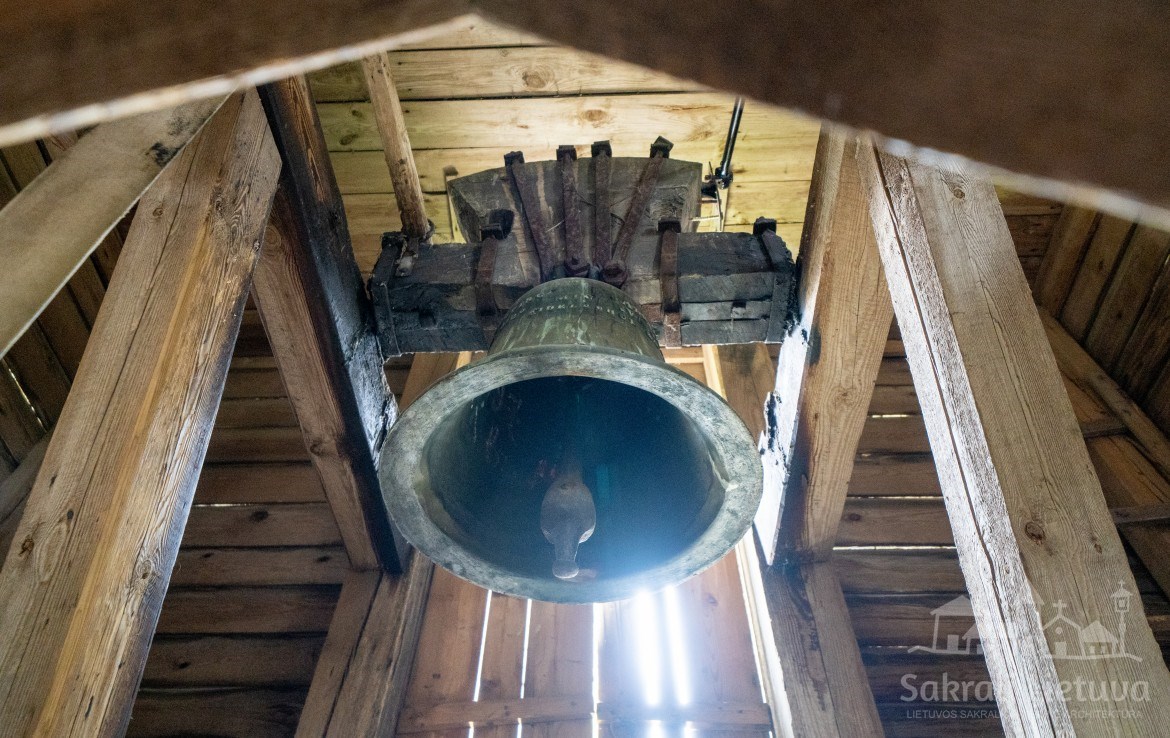 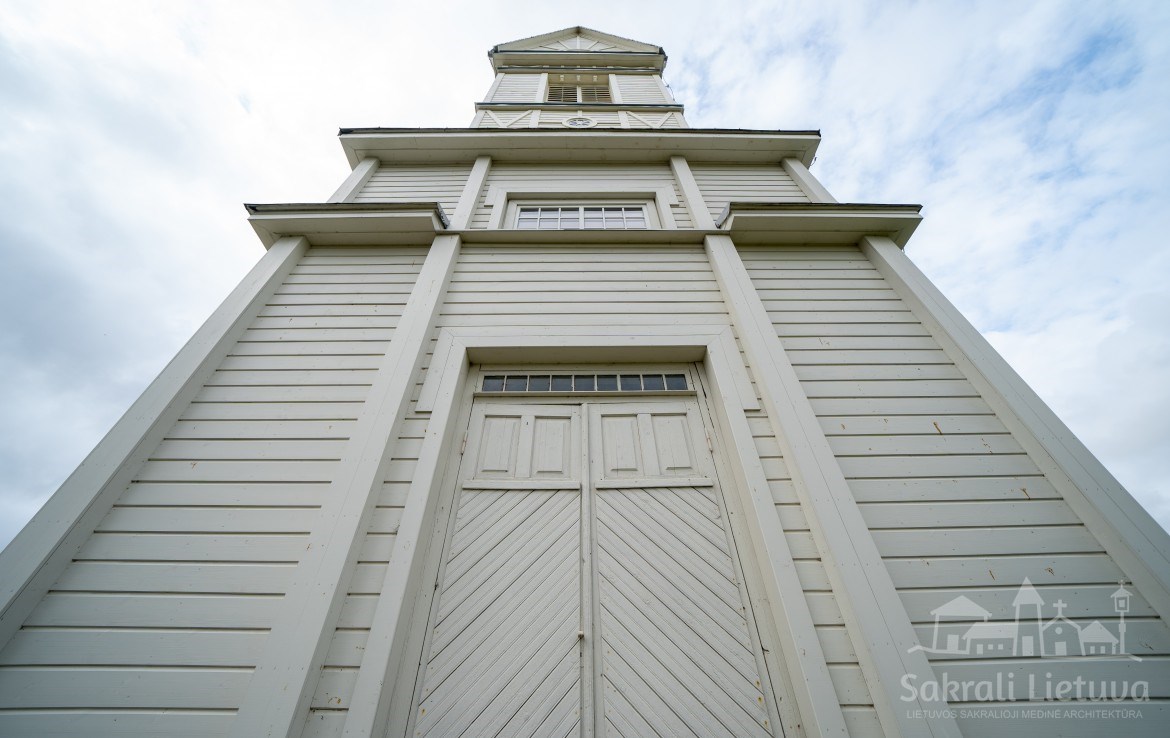 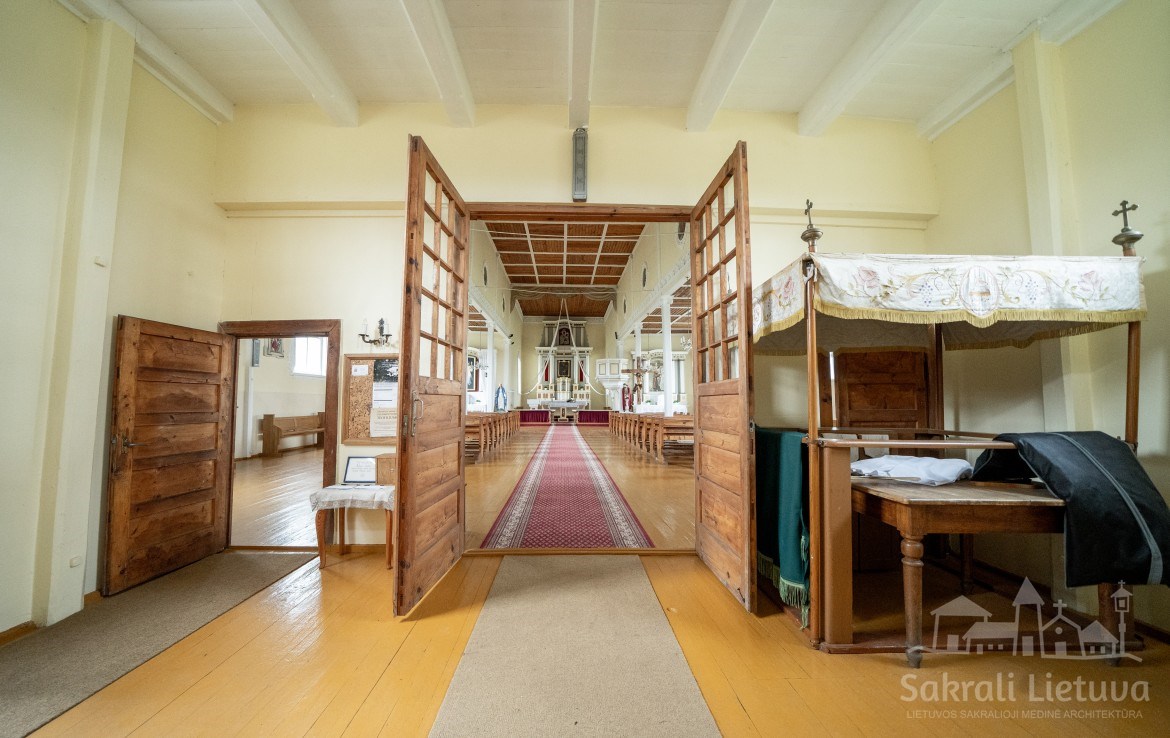 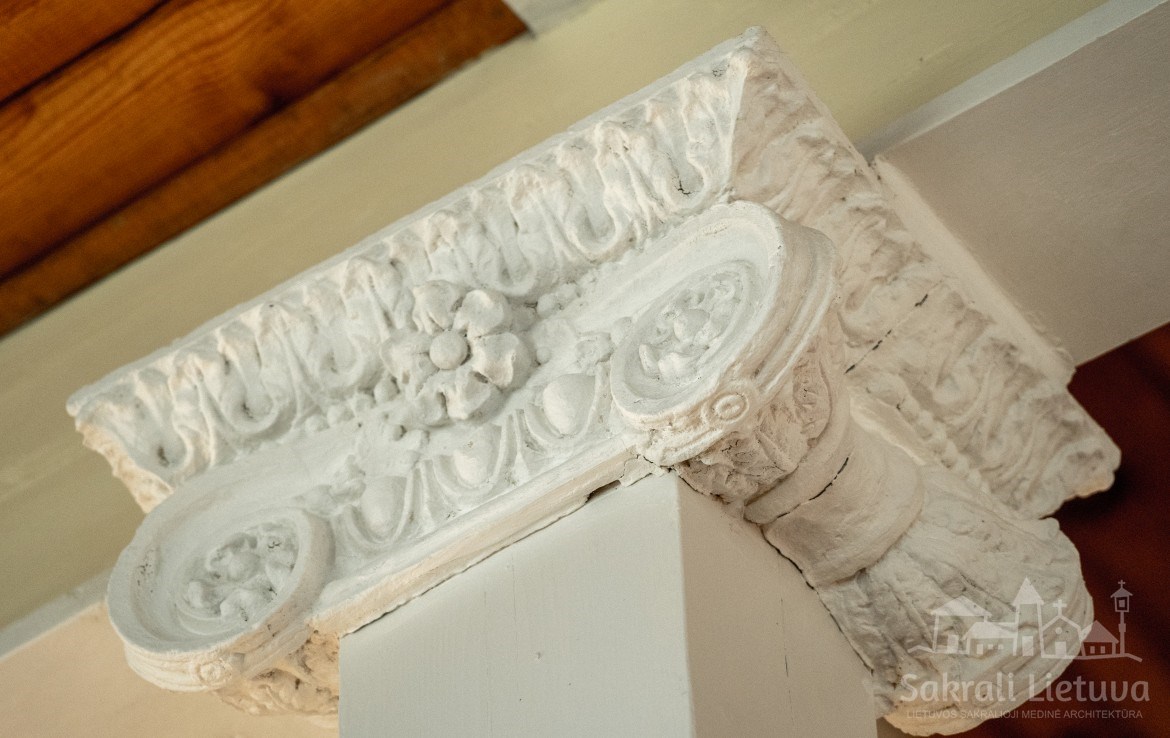 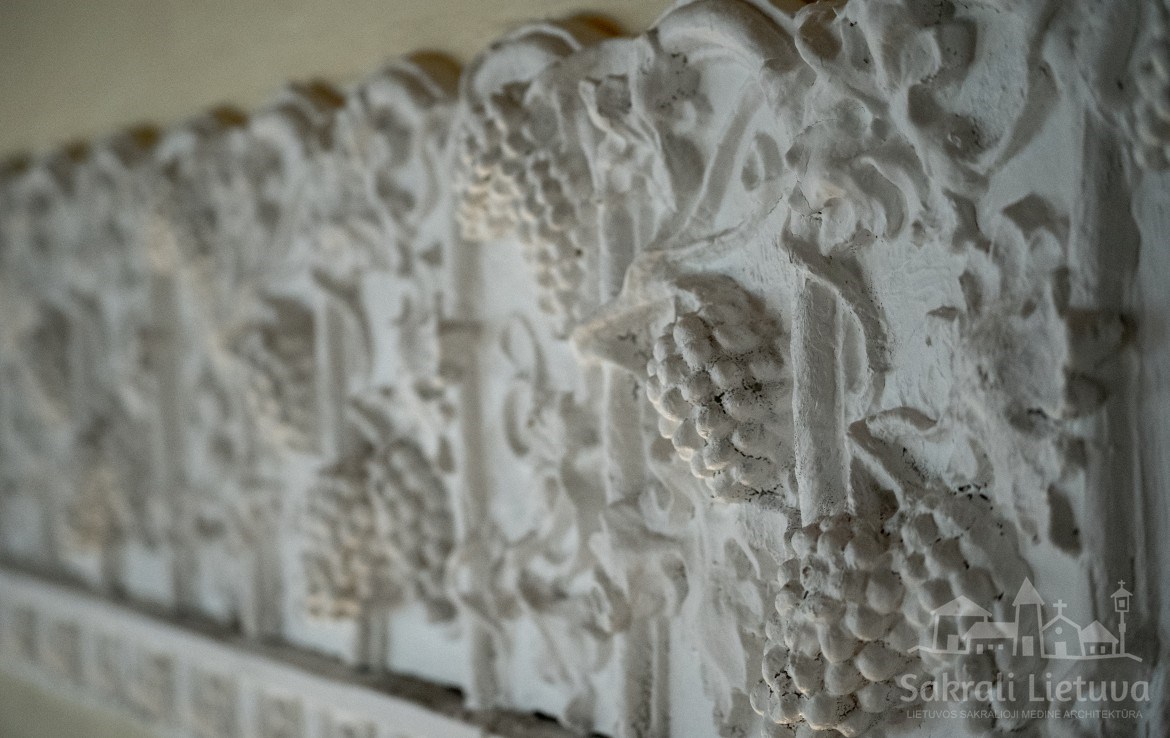 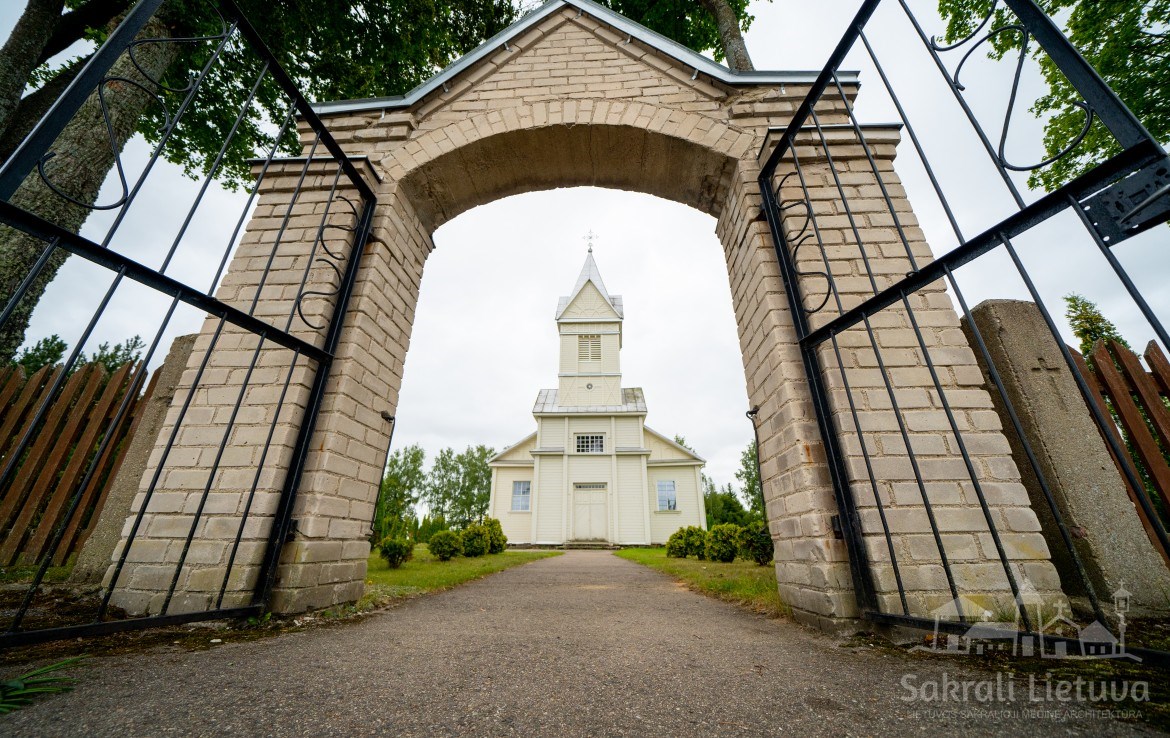 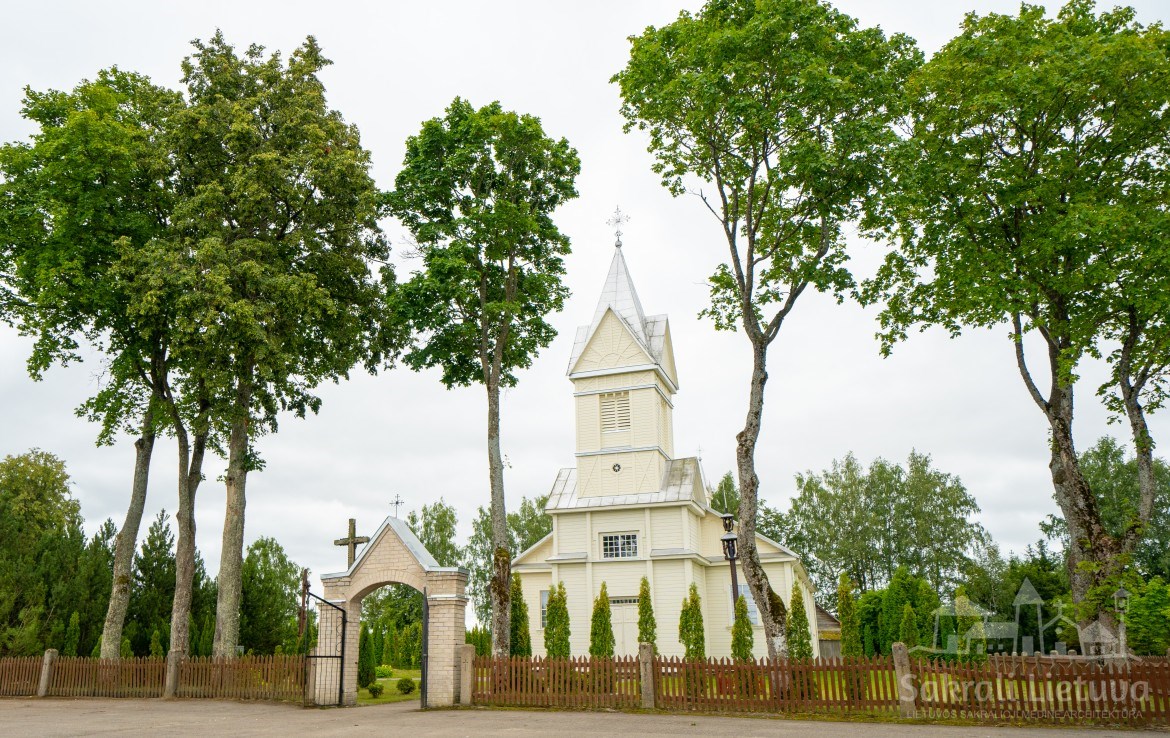