Church of St. Joseph of Palūšė

The Church of Palūšė is one of the most beautiful and ornate examples of religious folk architecture – no wonder that after the restoration of Independence the image of this building was put on the newly-established banknotes of one litas.

The construction of this church was initiated by the priest Juozapas Baziliauskas in the mid-18th c. The church was built on the land that he had inherited from his parents and given the name of his patron – St Joseph. Later the church was renovated three times – it had undergone some major fixings in the first half of the 19th c., had its interior renewed at the end of the century, while the last restoration was done in 1994-1997, based on the project of the architect Regina Smilgevičiūtė.

The building, featuring simple harmonious forms, is an excellent example of folk Baroque. As it was common for the traditional folk architecture of the time, the church was built without a single needle – the only tool of construction was an axe and the church was built of shaped logs with wooden plugs used for reinforcement instead of needles. The building is rectangular, has three naves with a lower and narrower presbytery, finishing with a triple apsis on one side of the building and an even lower entryway on the other. The sacristy building lies against the walls of the presbytery and the nave.

The naves and the entryway are covered with shingled gable roofs, while the decorative laconic multi-side turrets are decorated with ornamented openwork crosses. The walls are covered with vertical boards, the planes are divided by rectangular windows of various sizes, while the planks, decorating the doors create rhombic shapes. Upon climbing the stone stairs, the congregation is welcomed by an inscription, carved above the main entrance of the church: ‘Come good’, while the inscription above the side doors says ‘Leave better’.

The interior space is divided by thin columns. Wooden planks cover only the ceiling, so in the shaped timber walls you can still see the old authentic construction technology. The interior is decorated with three neo-Baroque altars, created in the late 19th c. and decorated with wood carvings. There are also several older valuable pieces of art, dating back to the 18th c., such as the illusionist Baroque painting St Joseph, decorating the great altar. The founder of the church is buried in front of the great altar.

In the churchyard near the church, there is a uniquely-shaped and very ornate wooden belfry, built approximately at the same time. The two-section octagonal construction, which is as high as the church itself, is more reminiscent of an ancient Lithuanian wooden castle watchtower than a folk architecture belfry. The second section is narrower than the first, divided by a shingle edge, while the building itself is crowned by a pavilion roof with a forged ornamented cross on top. Once open, the second section of the belfry is now covered with an arcade. 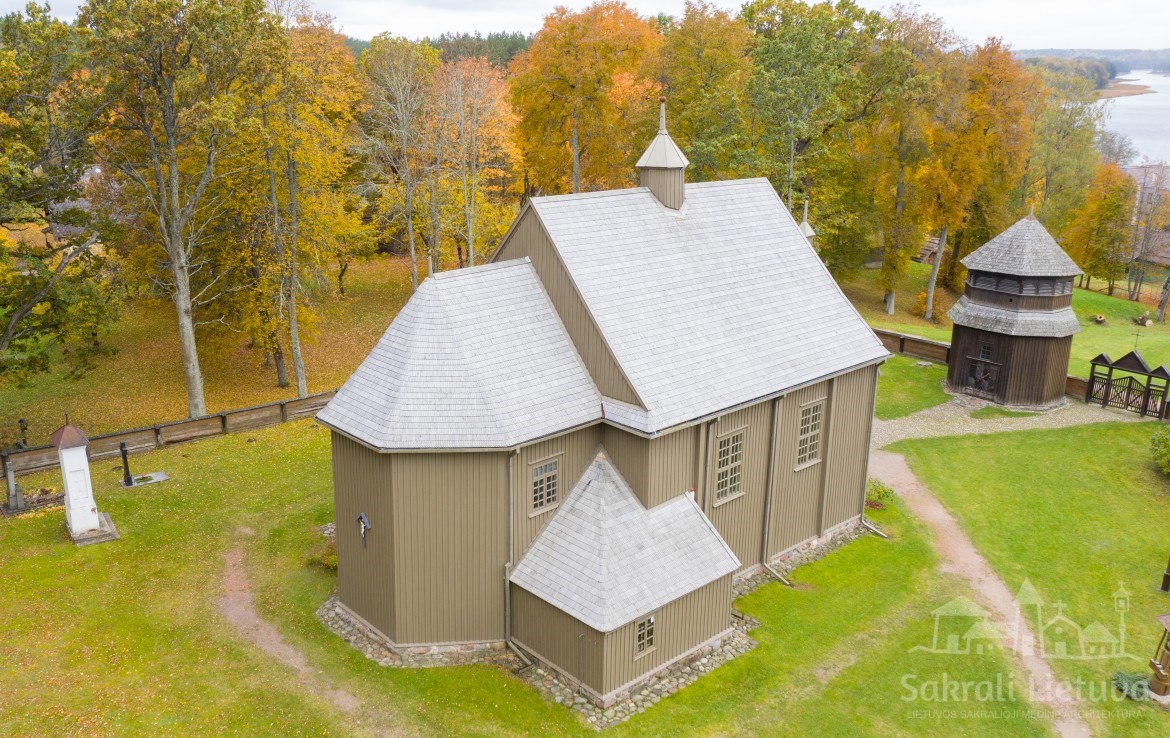 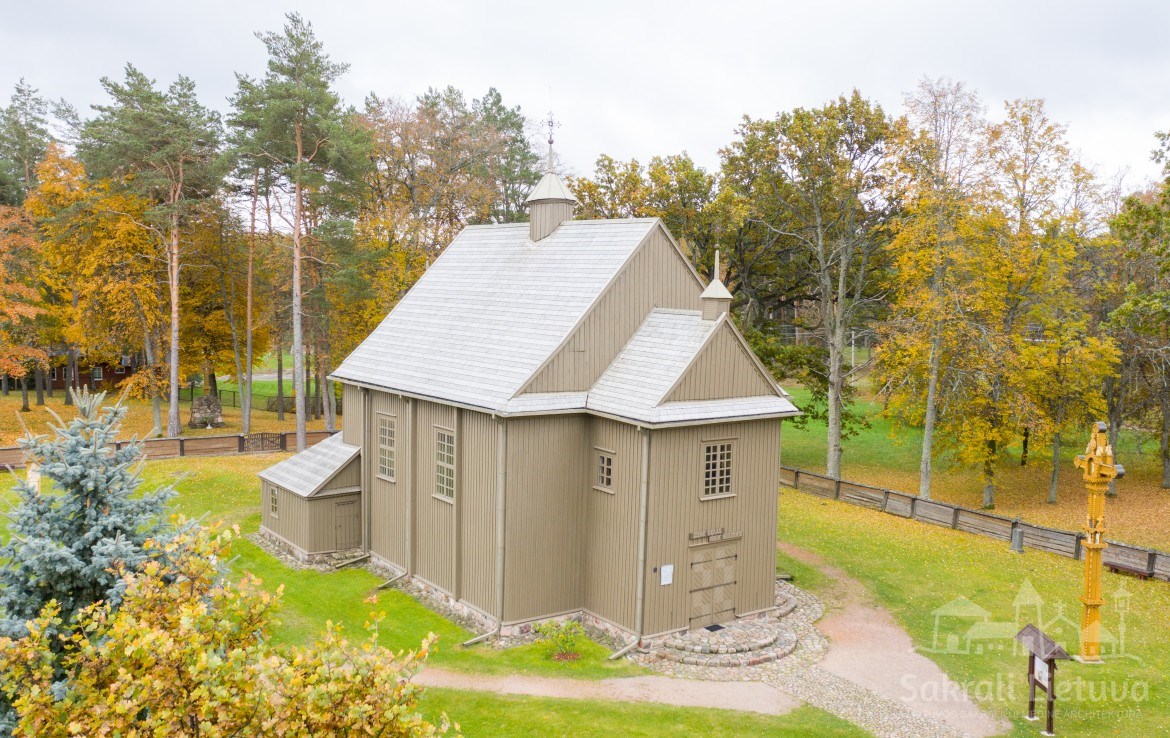 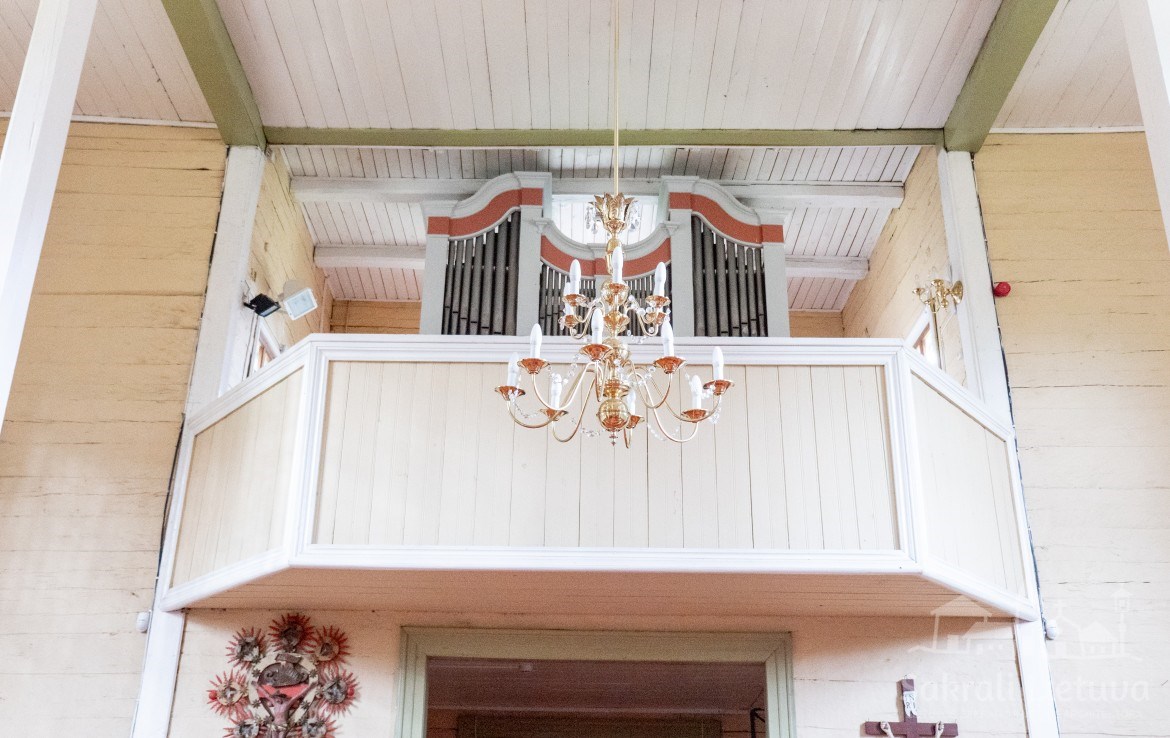 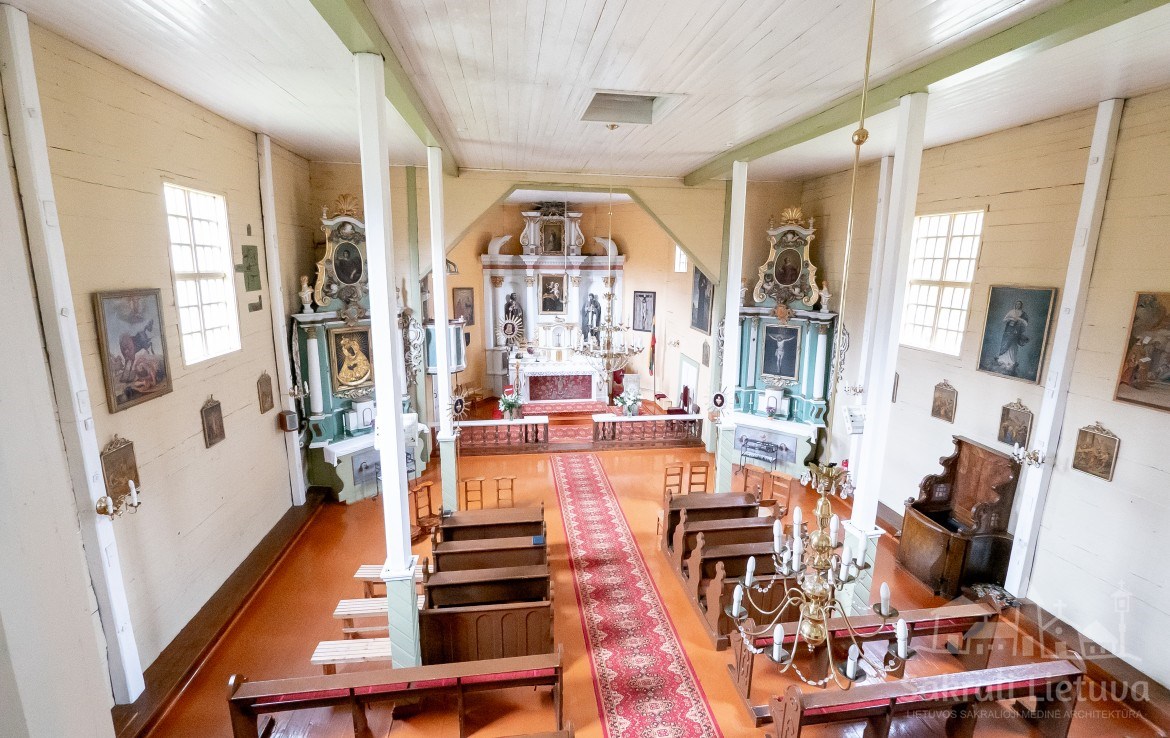 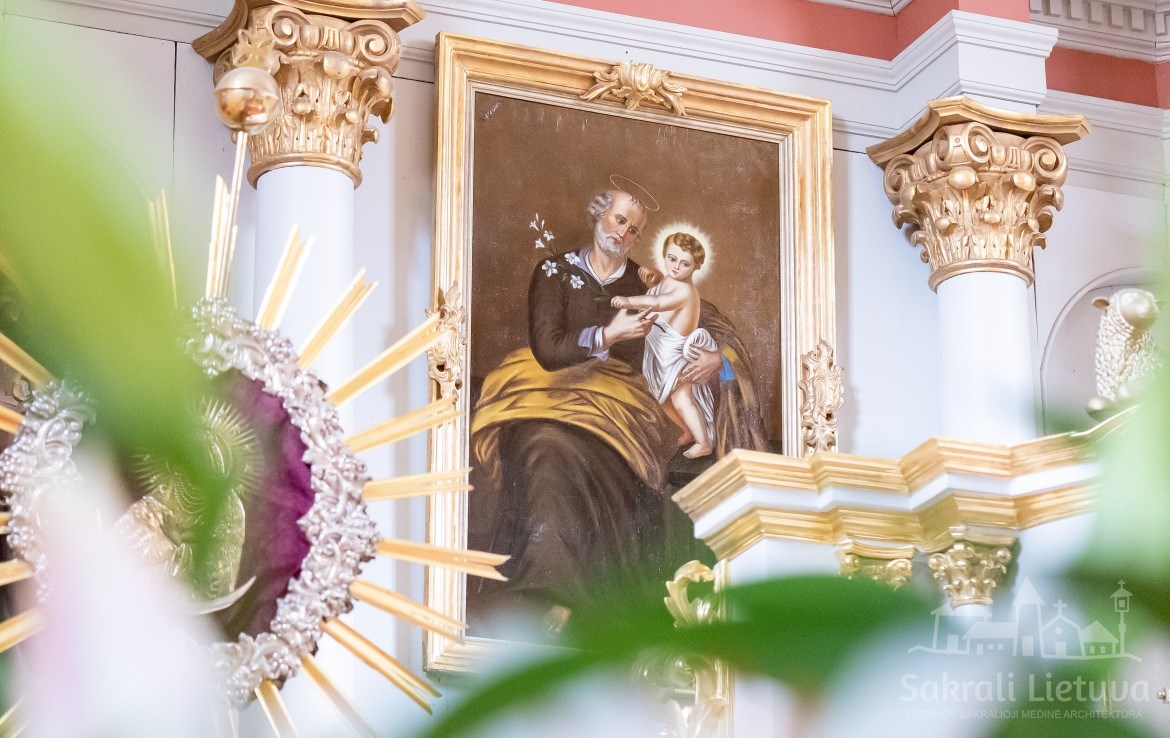 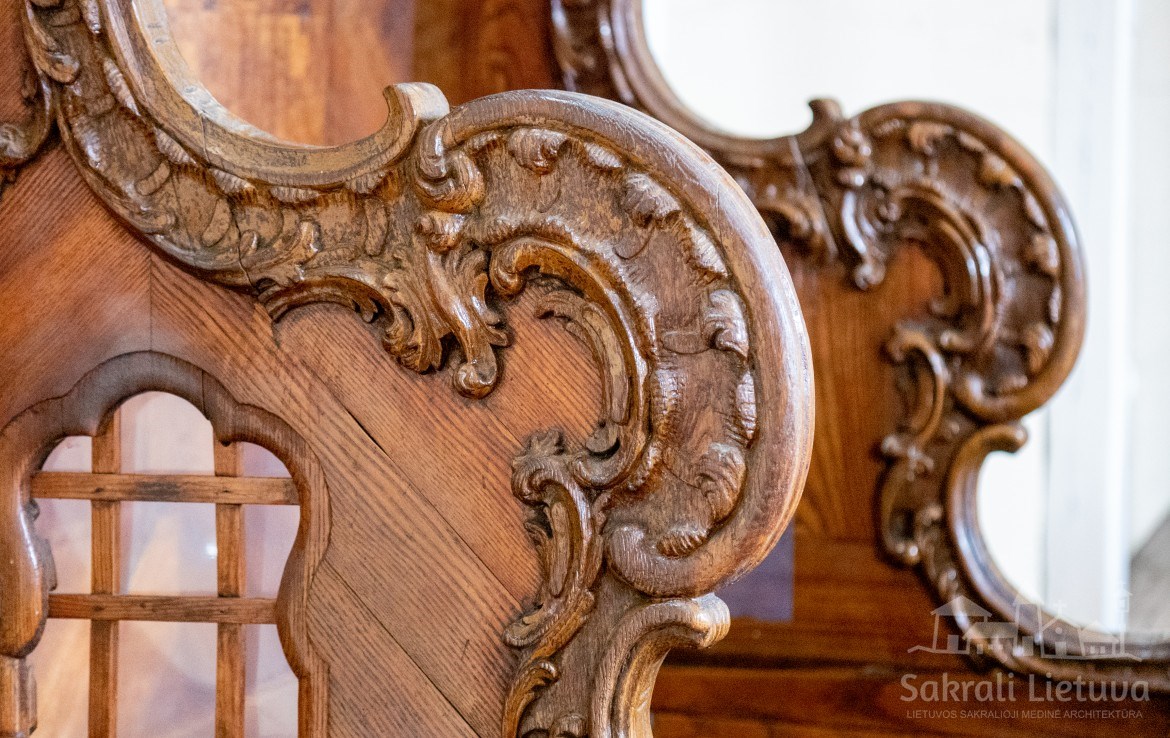 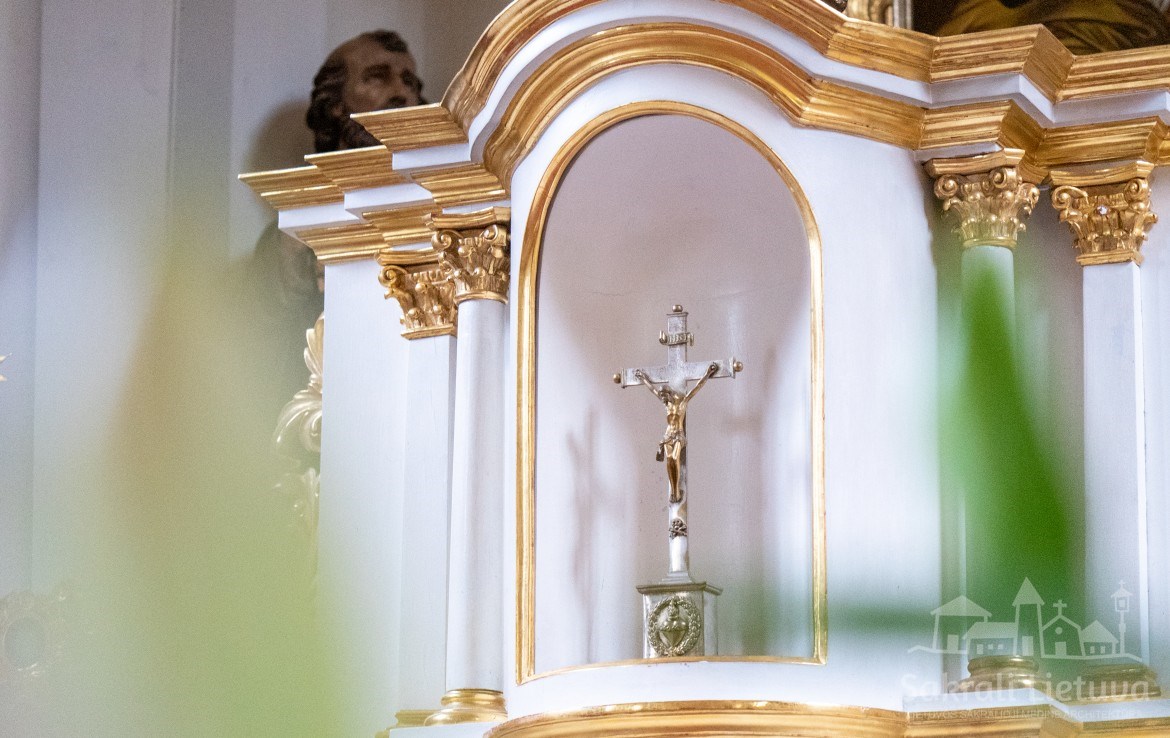 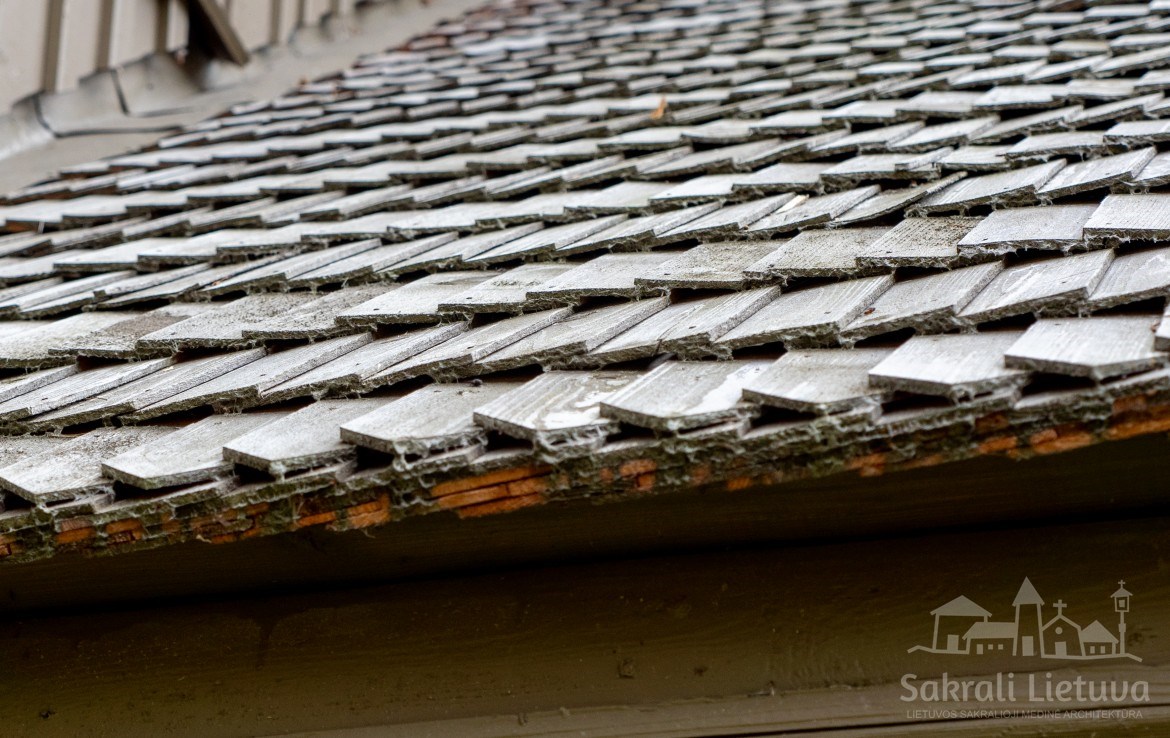 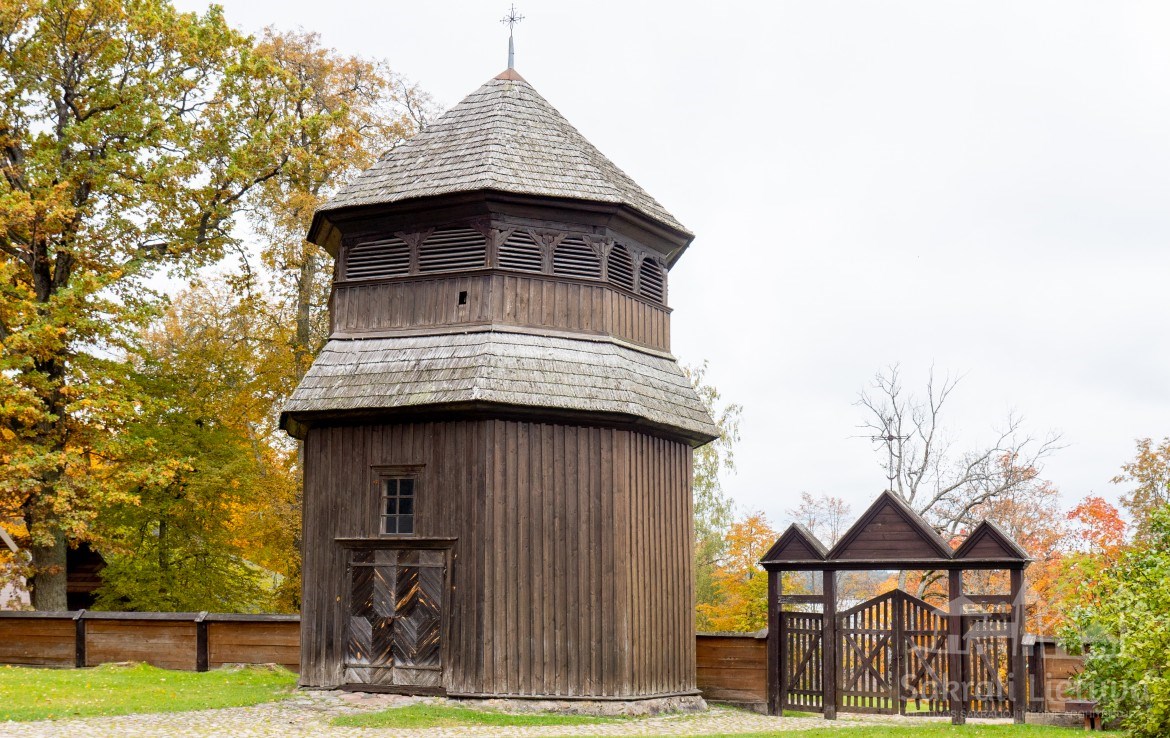 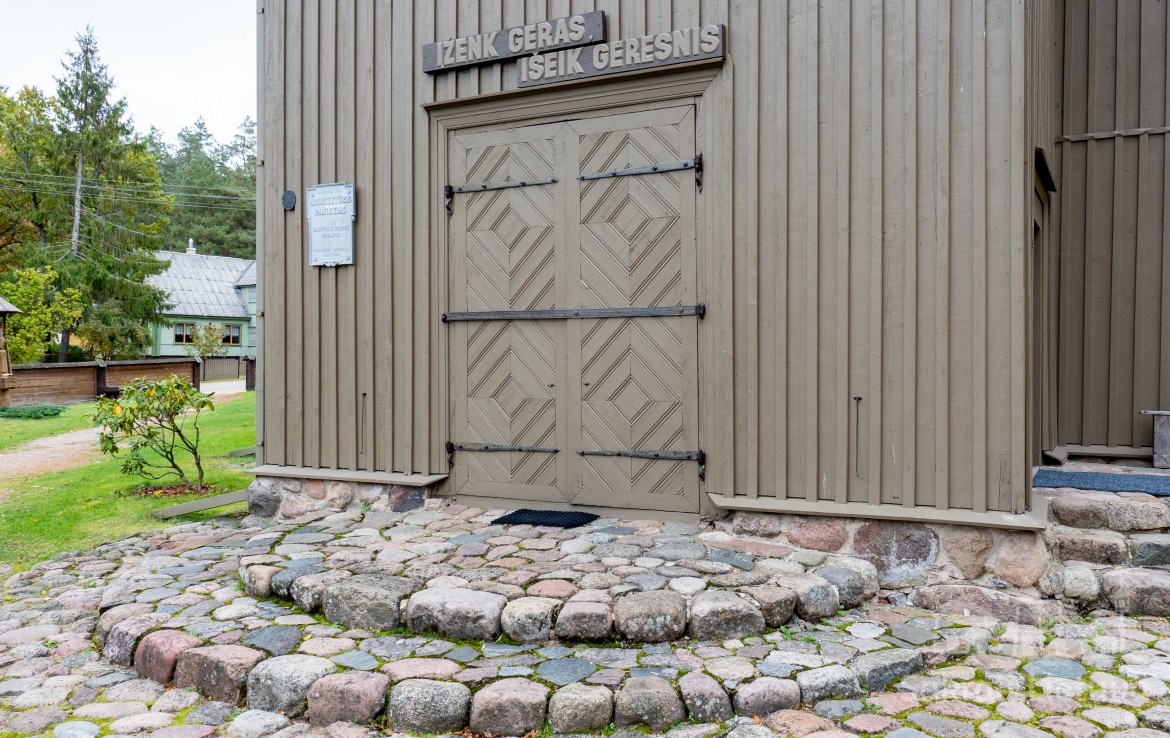 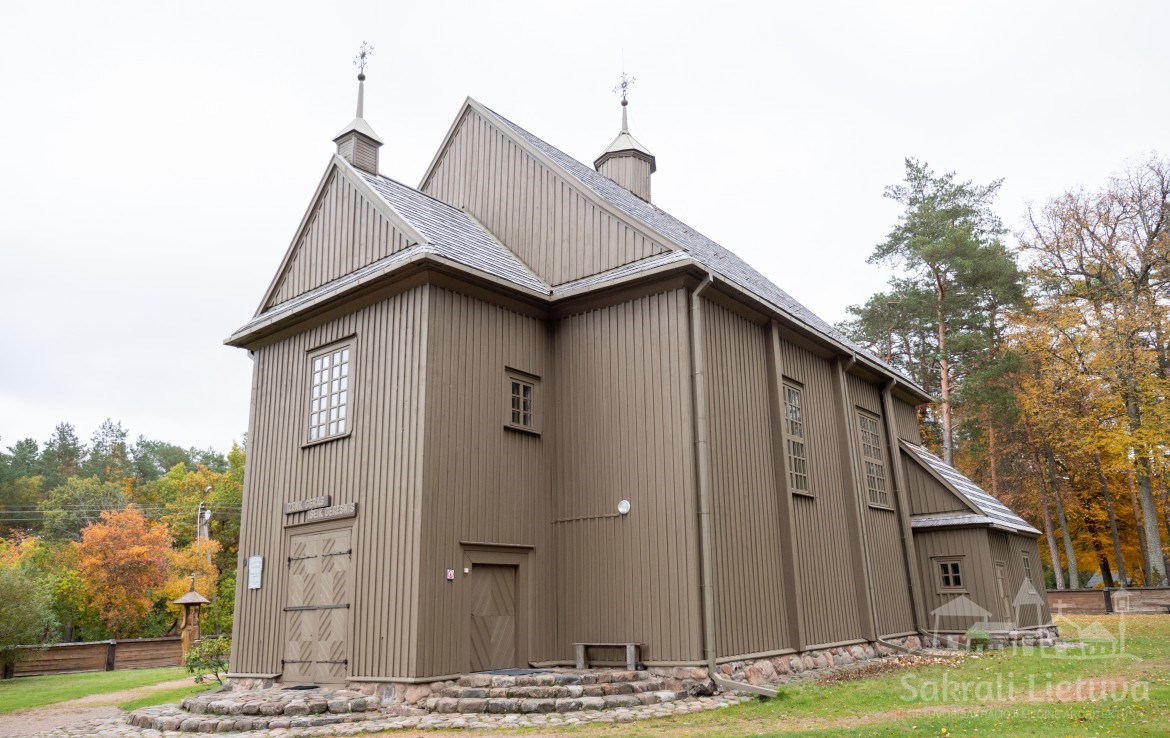 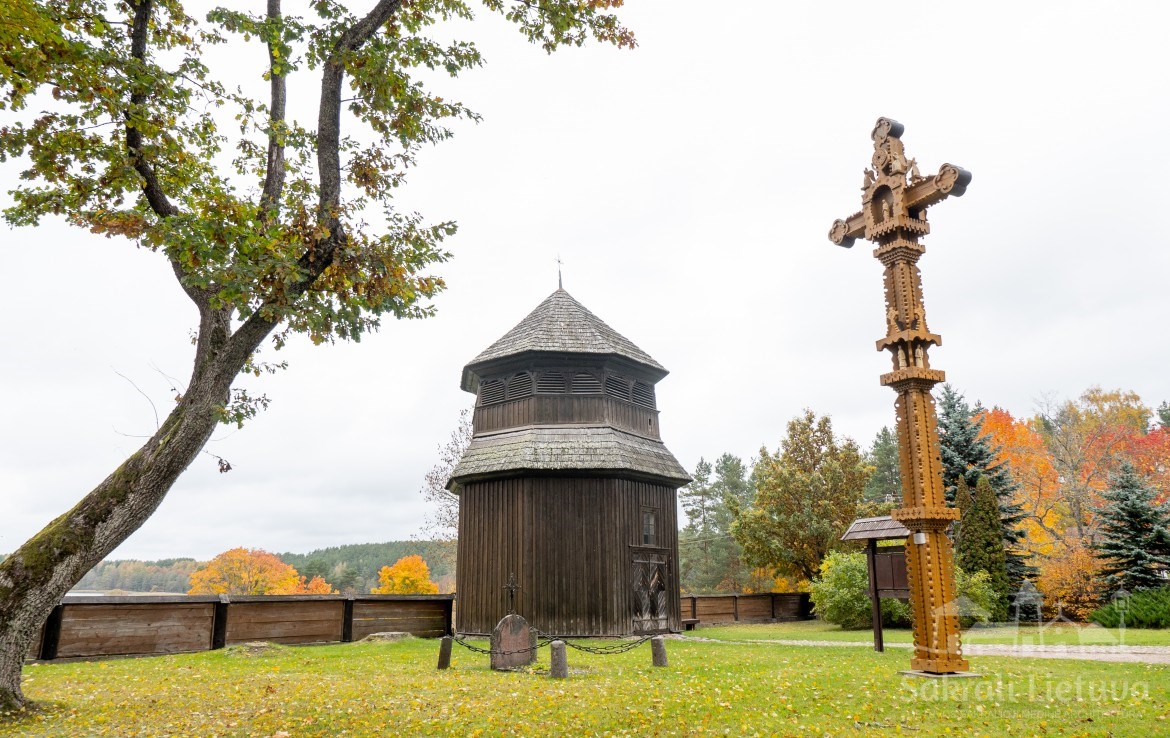 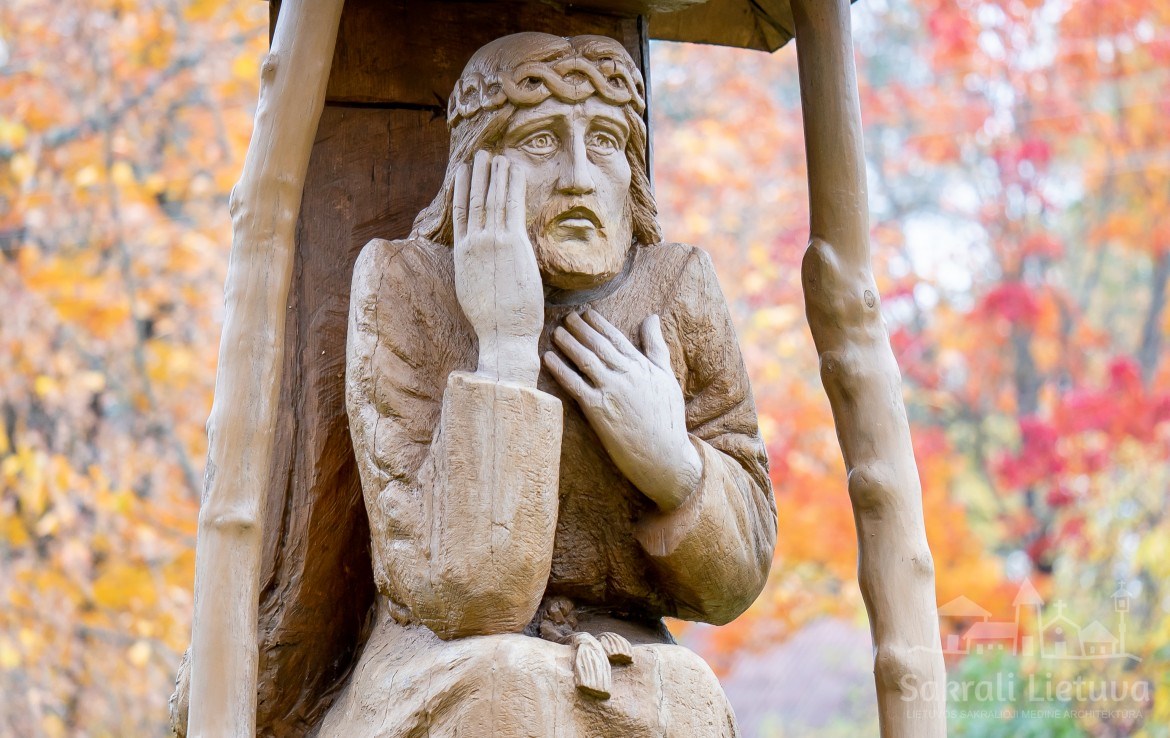 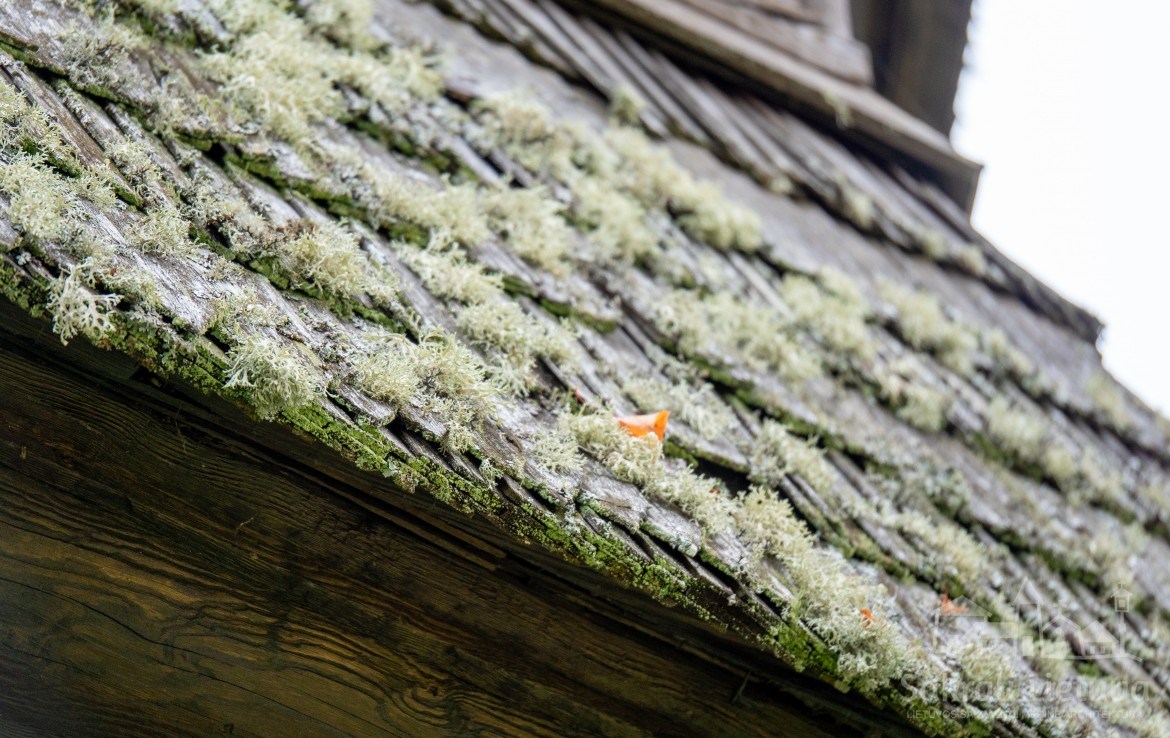 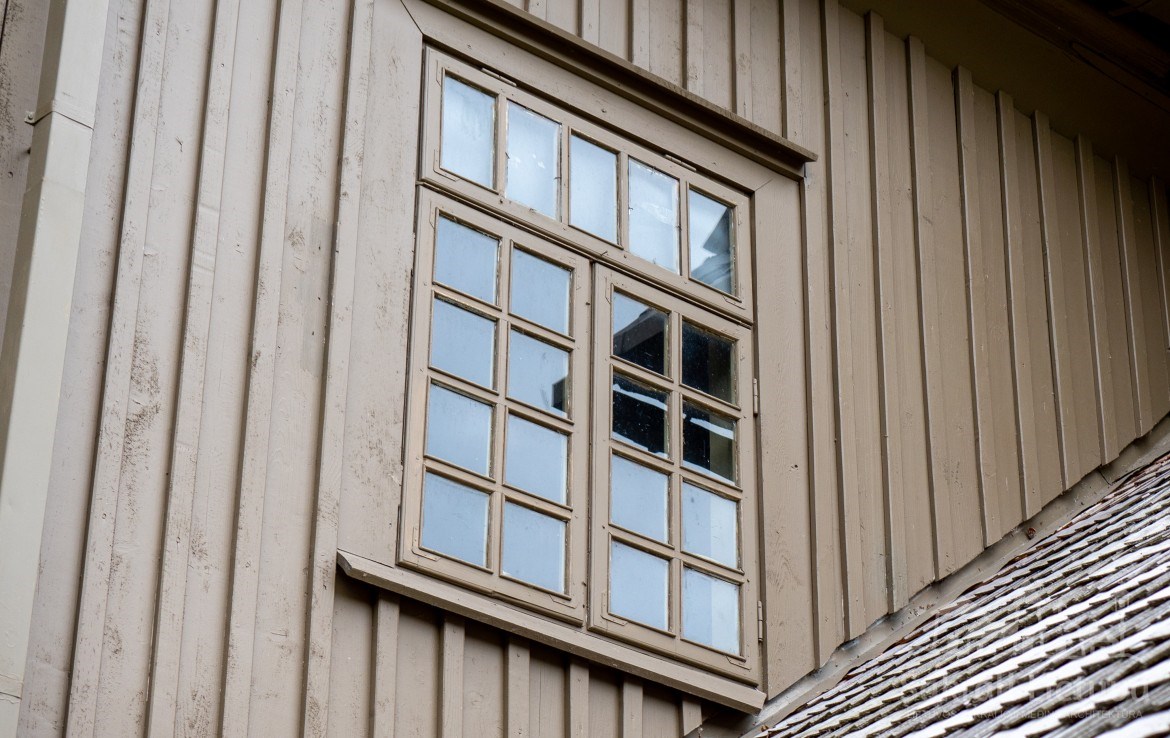 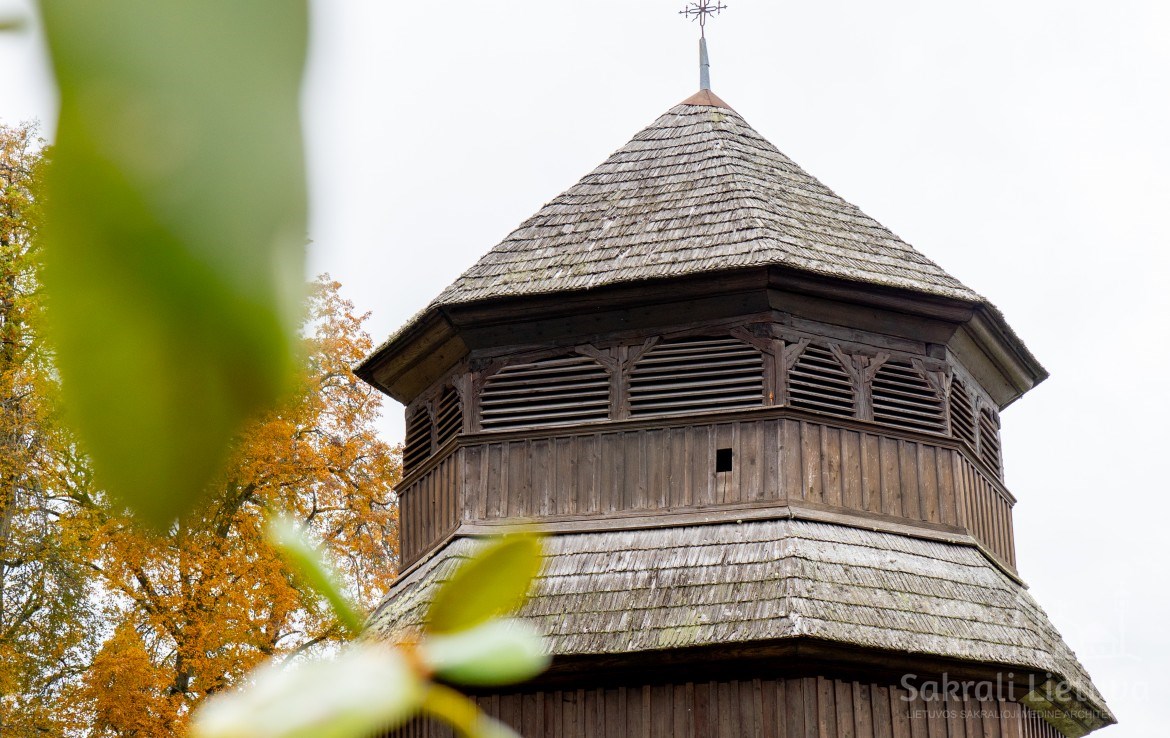