Pajūriskiai village cemetery chapel was built in 1880. It is also known as Bikavėnai chapel. After Žvingiai church burned in 1915, the chapel was slightly enlarged and used as the main prayer house of Žvingiai parish till 1939. In 2003, it was registered as a protected site.

The chapel is medium-sized, and a scaled-down copy of two-tower church of folk architecture. A wooden building built on a masonry foundation is boarded with horizontal planks. It has a rectangular layout, incudes a hall with a triangular apse, and a pitched roof. The symmetrical towers of square layout rising from the ground are tin-covered above the roof, and slightly protruding to the front and sides. The tops of the towers end with small, tall, pointed, tin-covered pyramidal roofs with simply-shaped crosses on curved pedestals. The middle facade part located between the towers includes a rectangular double-leafed door, and a double window with semi-circular lintels above it. The facade is topped by a triangular pediment with a small turret and a cross identical to the crosses crowning the towers. The side facades have two tall windows each, and slanting apse walls have one window each.

The monumental gate, located directly in front of the chapel and in one straight line with the cemetery fence, is interesting because of its structural solution. The gate is made of three granite blocks: two of them are quadrangular stone poles, nearly 290 cm apart from each other, and on the outside there are large stone masonry walls sloping at the top, covered with mortar and flowing into the fence.

The third block is used as the top block of the gate with the bottom part cut out as a shallow hemispherical arch, and the top shaped as gable roof. The top of the gate is decorated with a small openwork forged cross. The gate is two leaf, made of vertical metal bars. This gate was installed in 1873 by master Bonifacas Norvaišas. The top of the gate features the inscription: “Atmink zmogau sendyn asz einu ling amžina giwenima o rito tawi, 1873” (Remember, man, I am getting old and moving towards the eternal life, like you do, 1873). The cemetery also features tombstones of the second half of the 19th century cast by the same master. During summer weekends and traditional St. Rocco festivities, the chapel is open to anyone wishing to enter. At other times it is accessible by agreement with representatives of Bikavėnai community or Žvingiai parish. 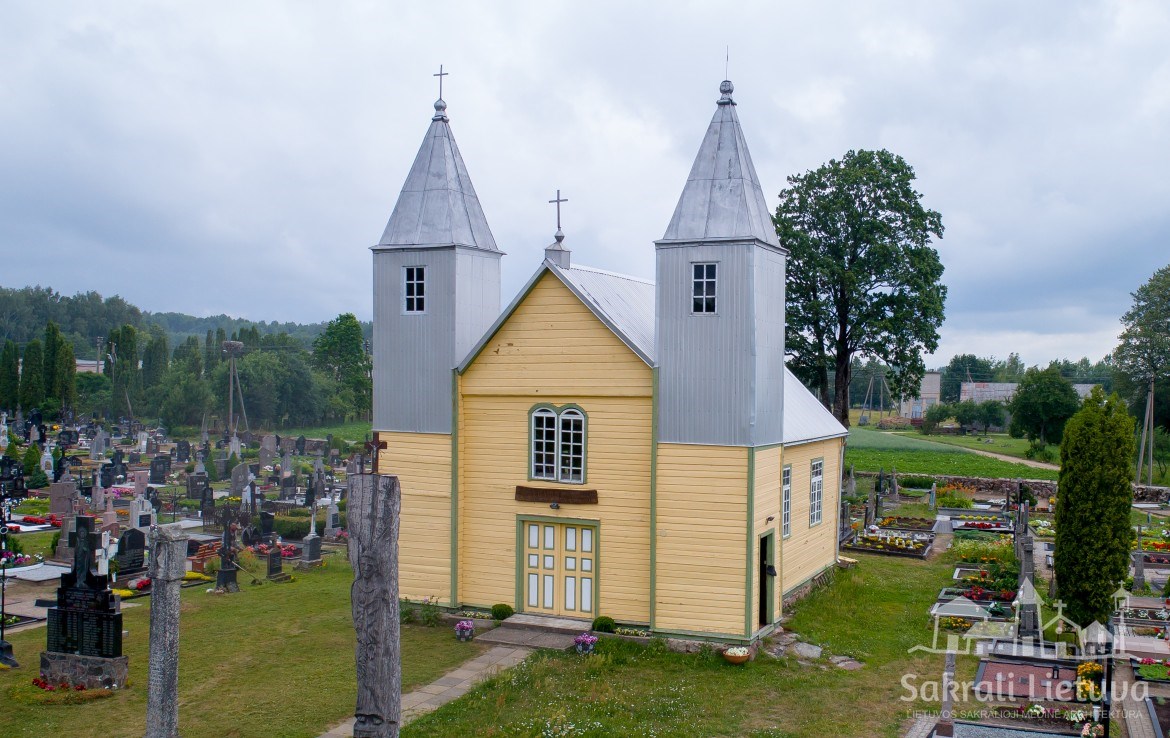 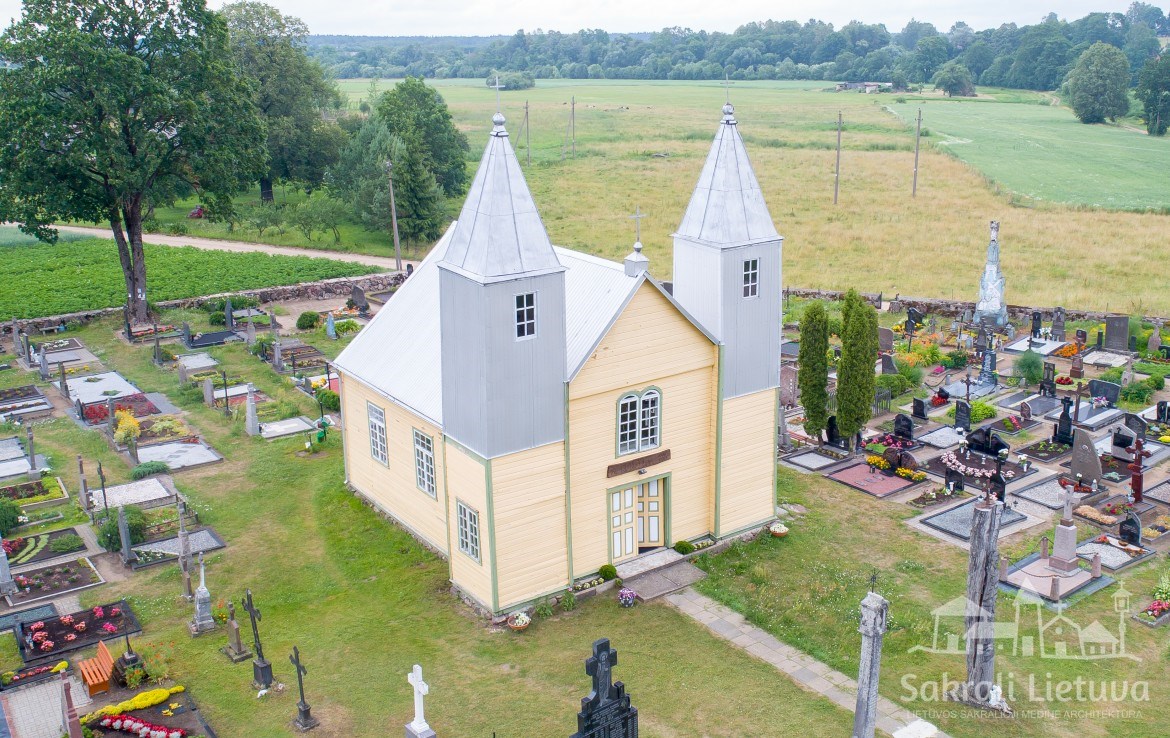 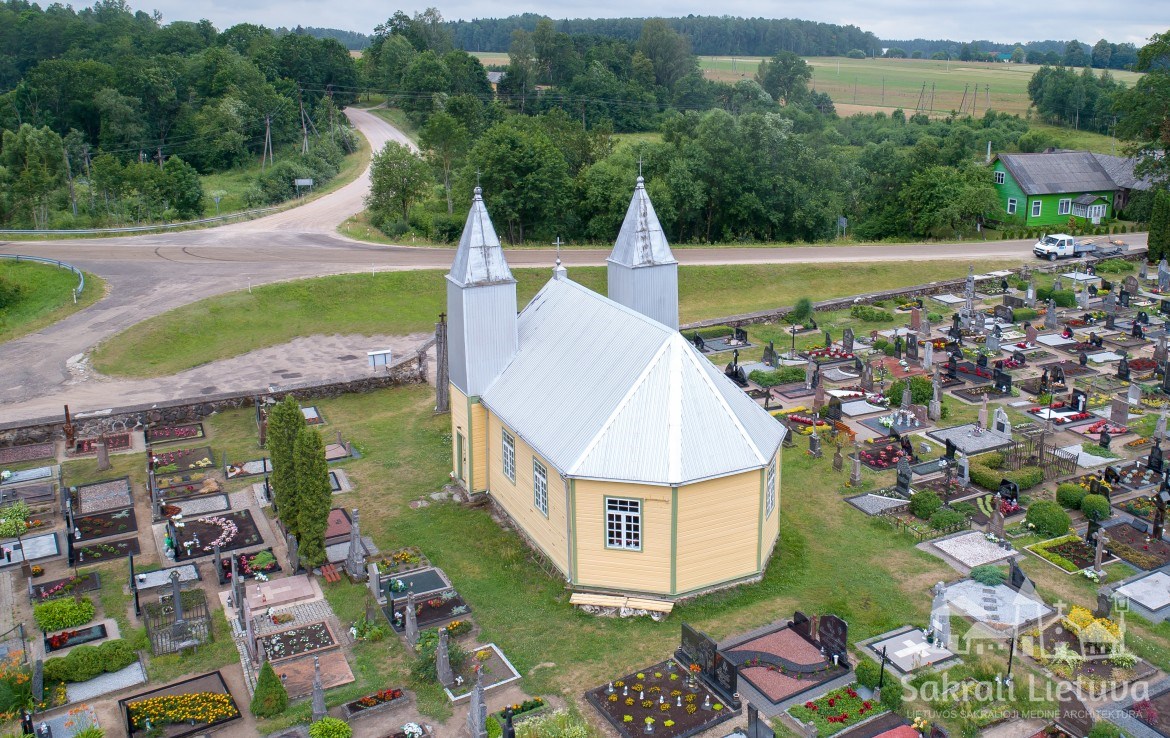 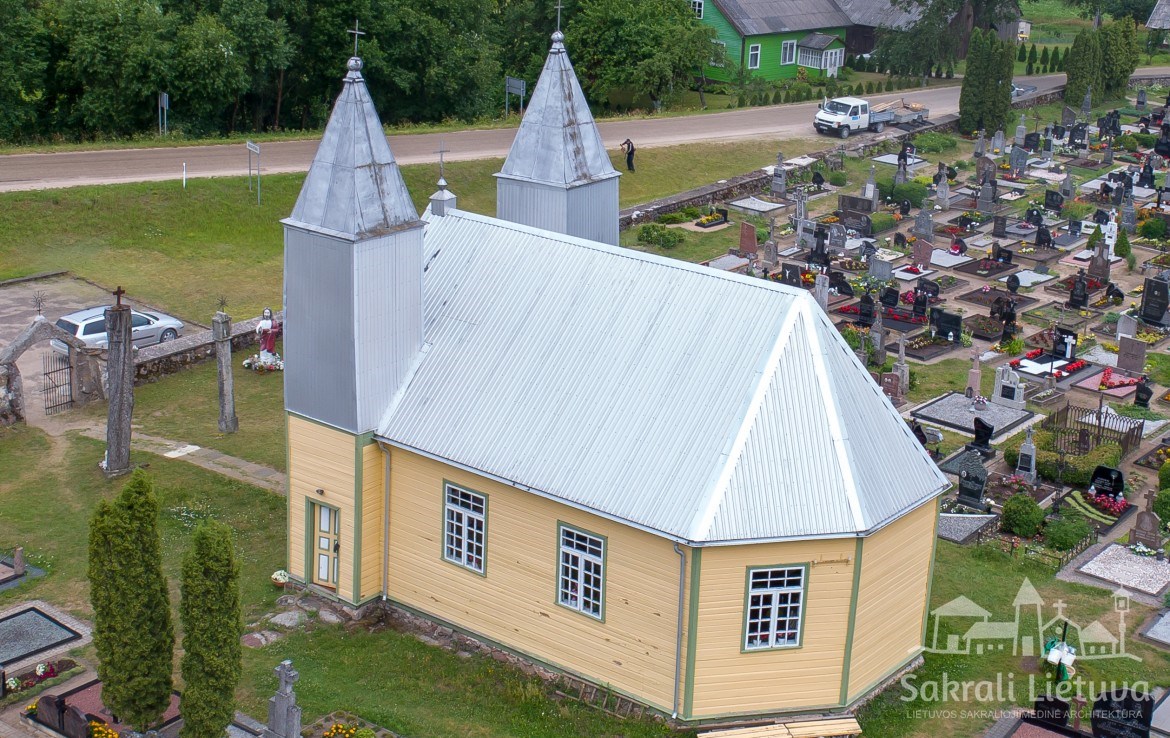 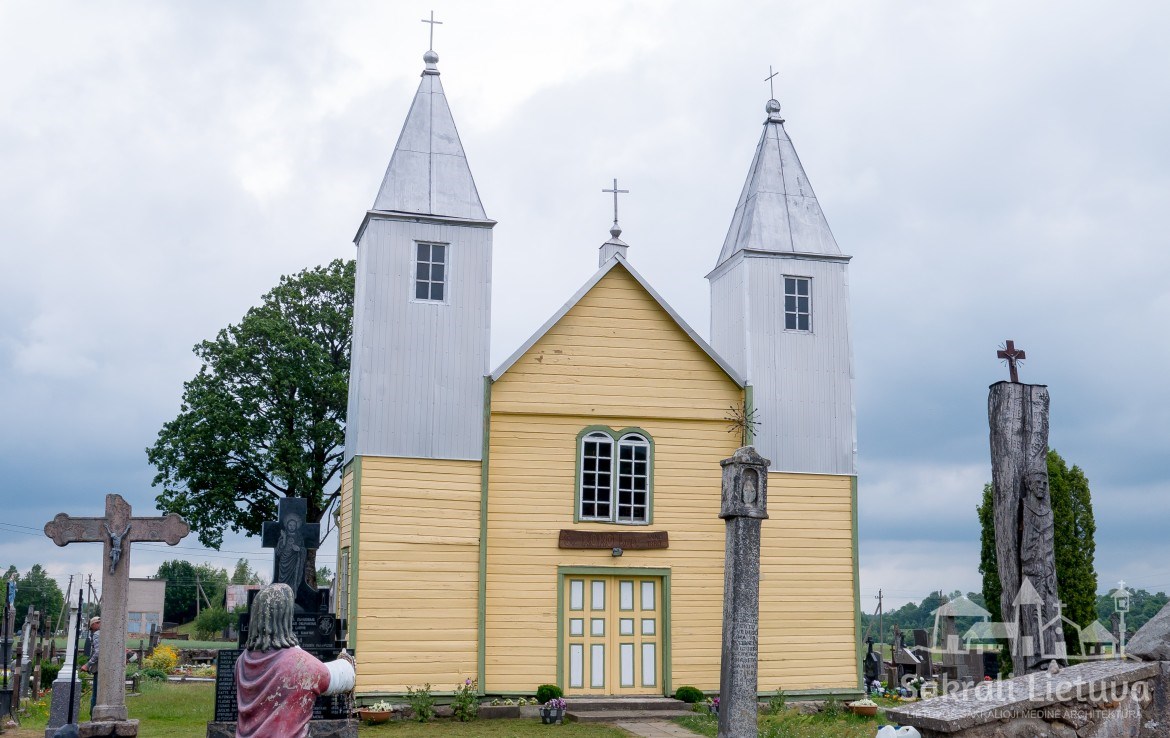 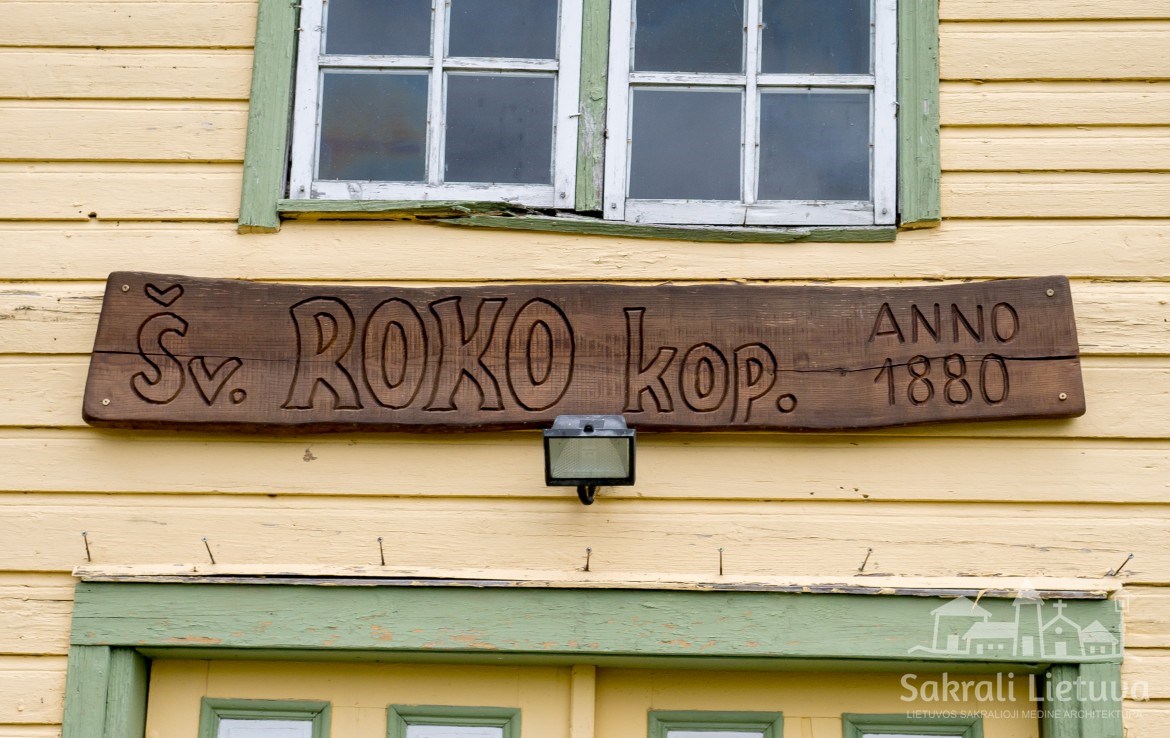 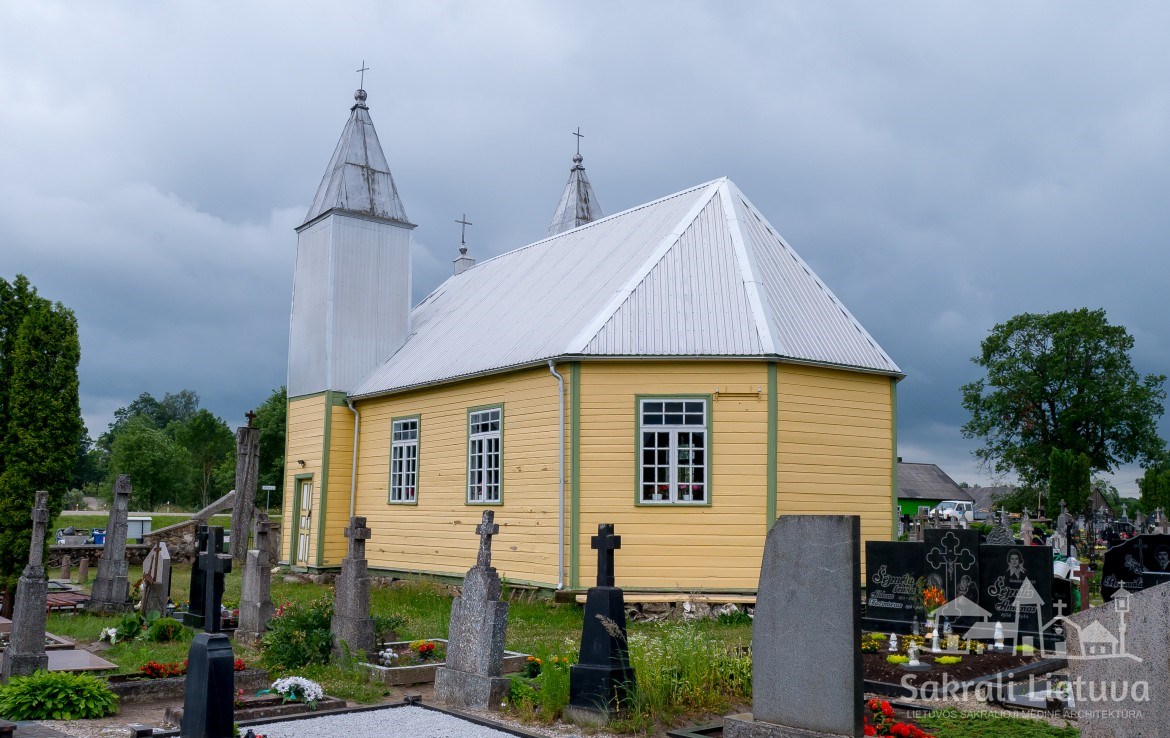 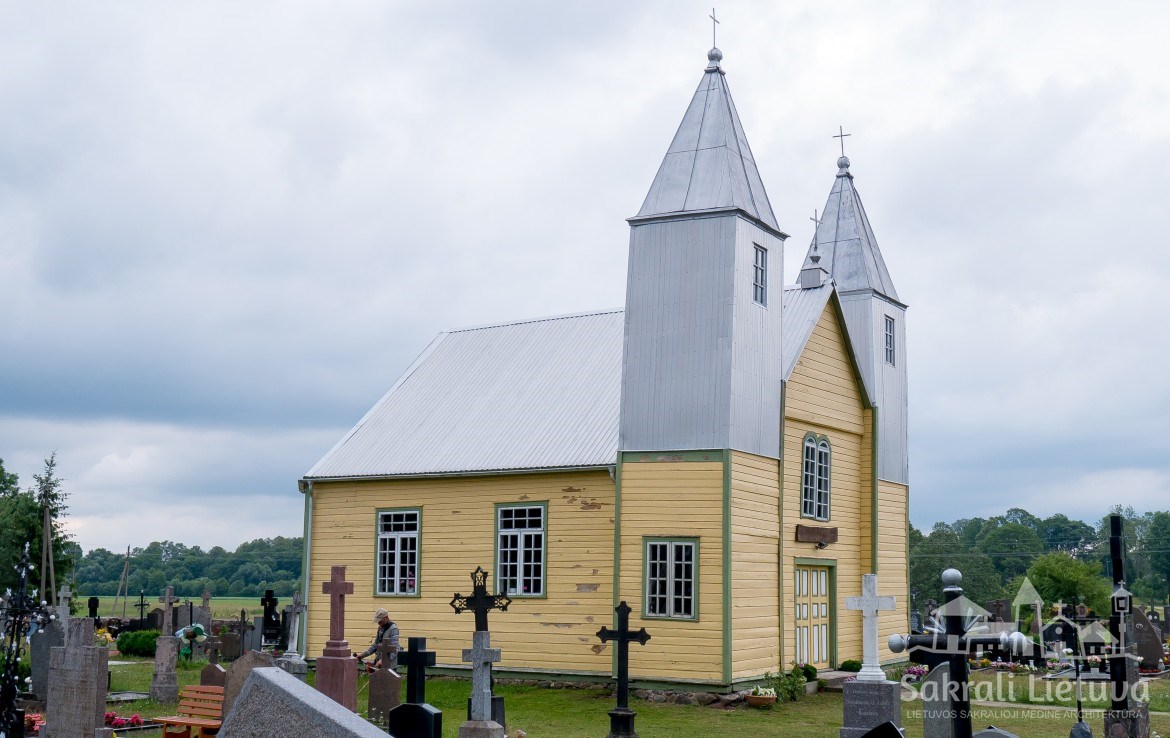 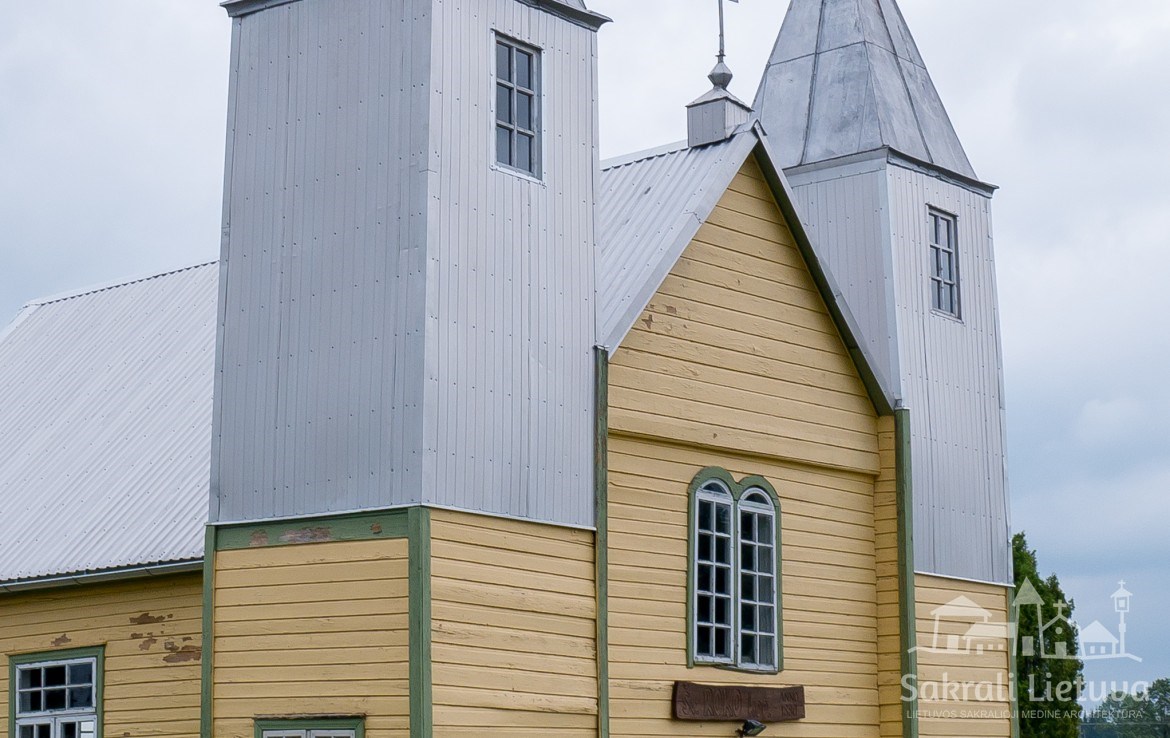 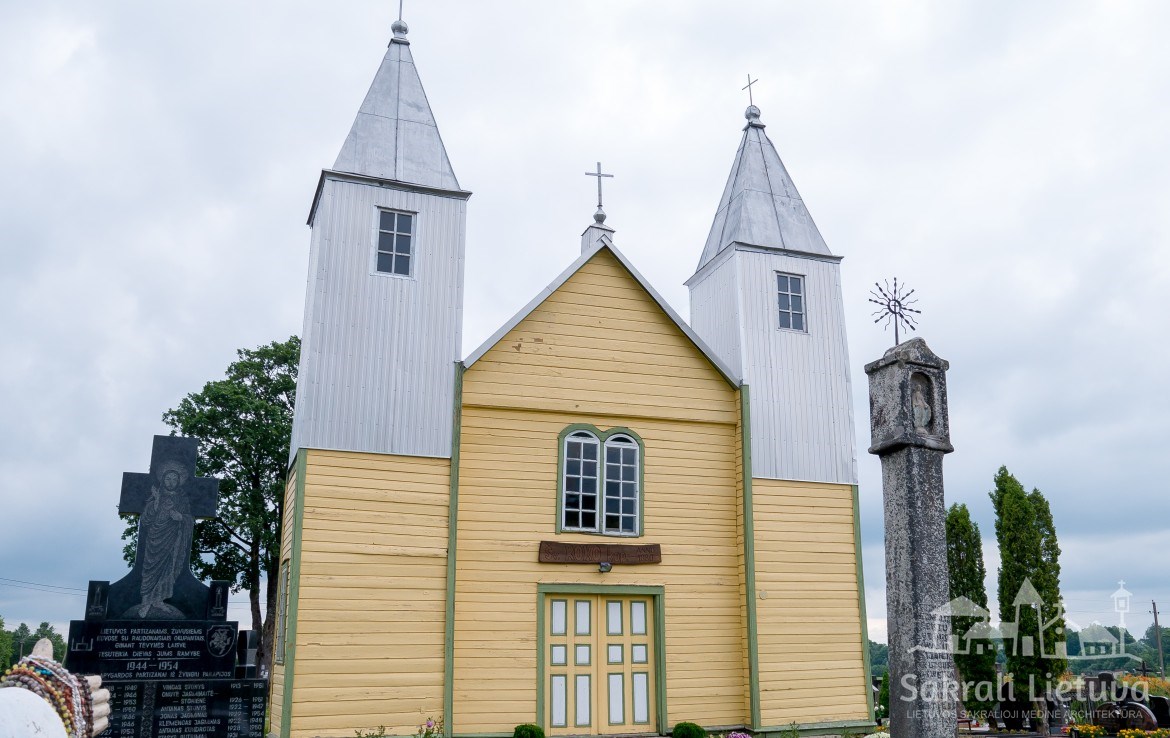