The old cemetery of Nida is one of the few places where you can see the perfectly preserved and restored tombstones traditional in this region, krikštas. Krikštas were among the oldest forms of tombstones in Lithuania, and thy were mentioned back in the 16th century. Krikštas tombstones were most widespread in Lithuania Minor: the Curonian Spit and the lower reaches of the Nemunas. Most of them were built by Prussian Lithuanian Protestants. Krikštas-like objects were also found in Latvia, Germany, Switzerland. Nowadays, Krikštas tombstones are erected on the graves of prominent figures of Lithuania Minor as a sign of respect.

Monuments of this type are usually made of wood, and decorated with openwork. They were installed at the foot of the deceased, thus they symbolize the path of the ghost to eternity. The monuments were low, rarely exceeding one meter, mostly symmetrical in composition, with a profiled silhouette: krikštas for men were carved using motifs of horse heads, plants and birds, and krikštas for women had carvings of birds often together with those of plants and hearts.
Krikštas tombstones often included a Latin or Greek cross. The decoration was dominated by stylized motifs of plants, birds, especially cuckoos, and hearts.
Krikštas tombstones were made of different wood types: the men’s ones were made of oak, birch, ash, maple; the women’s ones were made of aspen, fir, linden, pine. They were painted in one color: blue, yellow, red or green. In the 19th century, a different form of krikštas appeared: a low cross-shaped pole, with small planks bracketing it on the sides.

Nida is the oldest village of the Spit mentioned in the Order documents back in 1385. In 1675, when the Old Nida was buried by sand, its inhabitants started to settle northward, near the Curonian Lagoon, and in 1732 they settled in what is now Nida. The cemetery burials may presumably have started since the establishment of the present settlement. Most of the people buried here were local fishermen and their families. As a large proportion of fishermen used to perish in storms, it is estimated that more women were buried in the cemetery.

Prominent Nida people also rest here, such as the local patron Hermann Blode (1862-1934), a religious figure of the region Kristijonas Henrichas Mertikaitis (1773-1856), the honorary citizen of the town architect Jurgis Algimantas Zaviša (1935-1998), a Mayor of Neringa municipality Stasys Mikelis (1953-2006). The look of the cemetery and the type of tombstones changed over the course of history.

In 1975, the old cemetery of Nida and some of the old krikštas were restored according to the artist Eduardas Jonušas’ design. A krikštas exposition was located in the northern corner of the cemetery. In 1999, a restoration and management project of Nida cemetery was developed. The project included the restoration of a wooden post fence with the main gate in the southwest of the cemetery. In 2009, a technical design was developed, under which the restoration of krikštas and crosses were completed in 2011, the ones in poor condition were restored based on the existing samples or historical data, and their true locations were identified. Thus 27 krikštas tombstones and 10 wooden crosses were restored based on historical data collected in 2011; there are many restored and new krikštas throughout the cemetery. 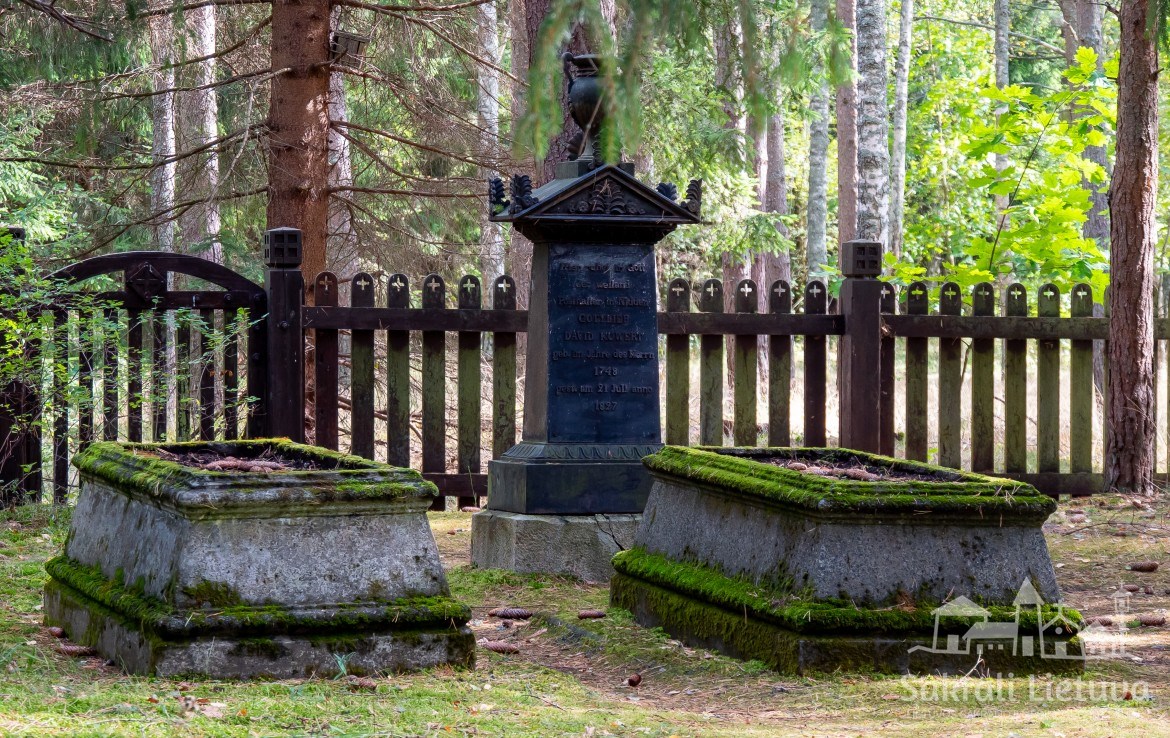 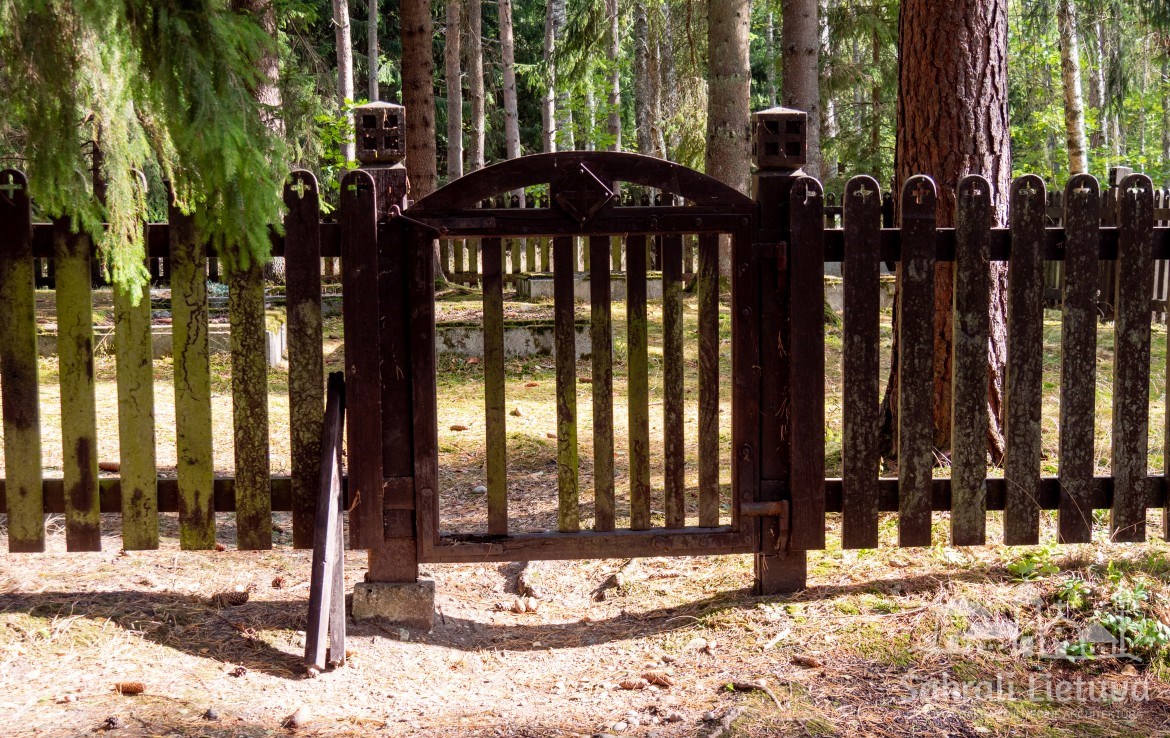 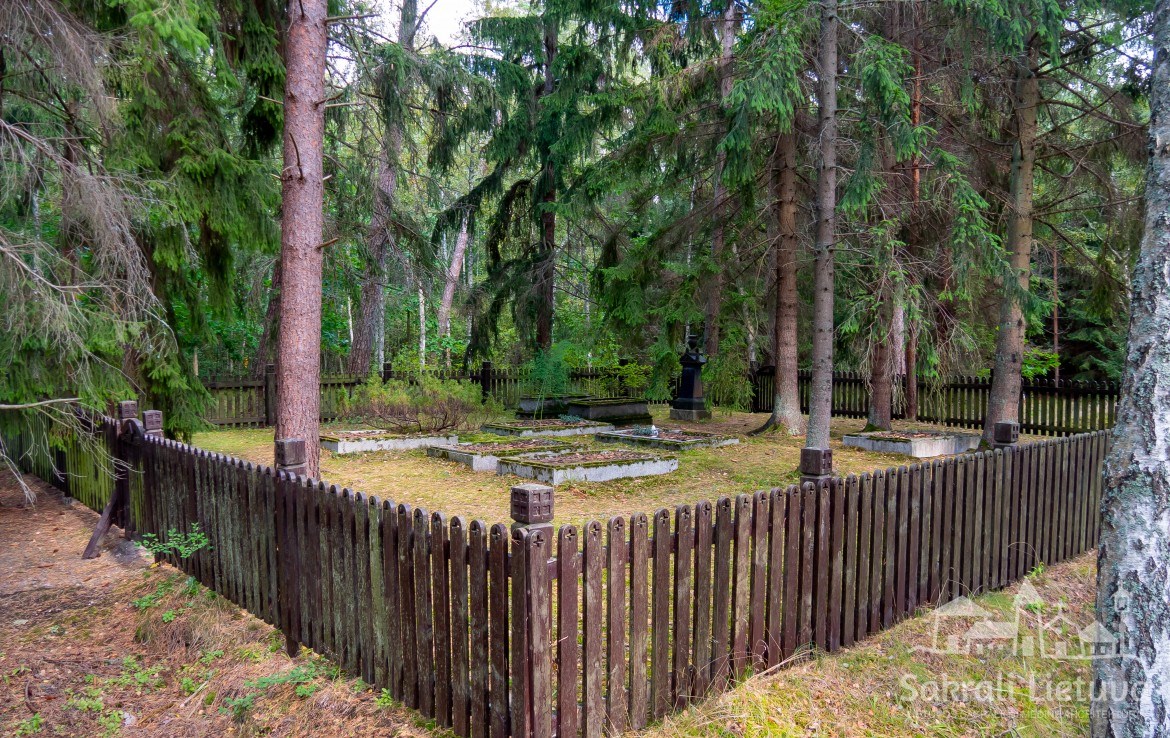 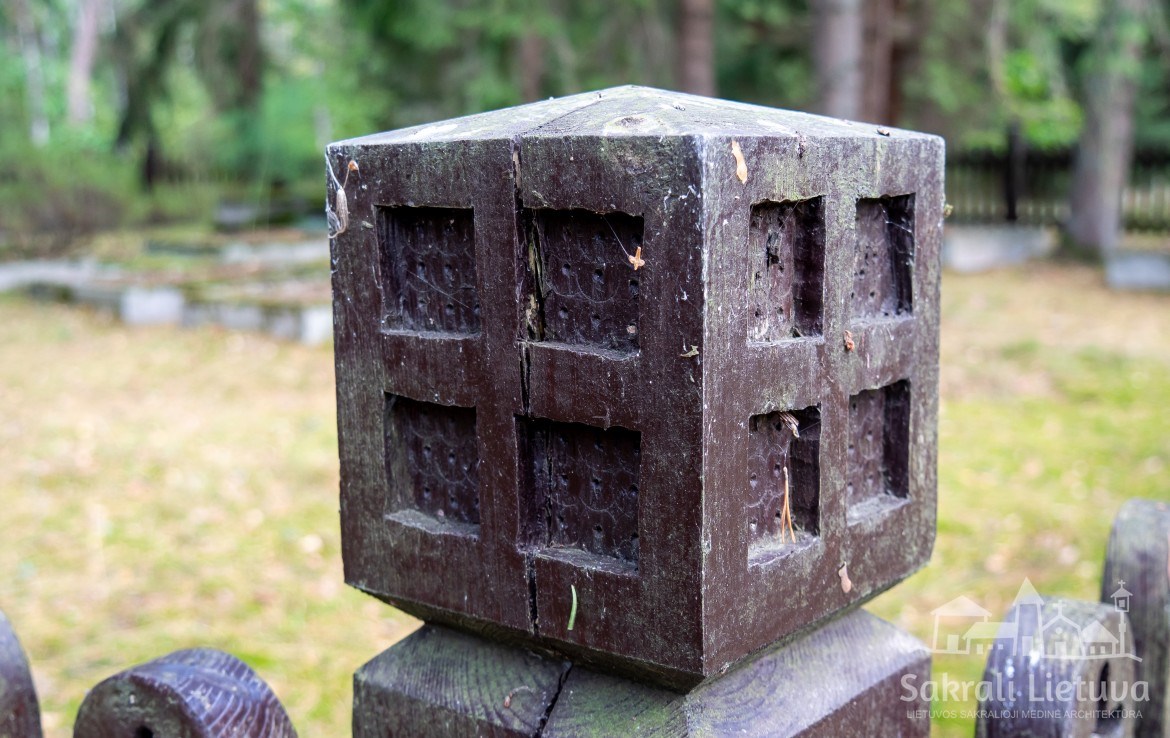 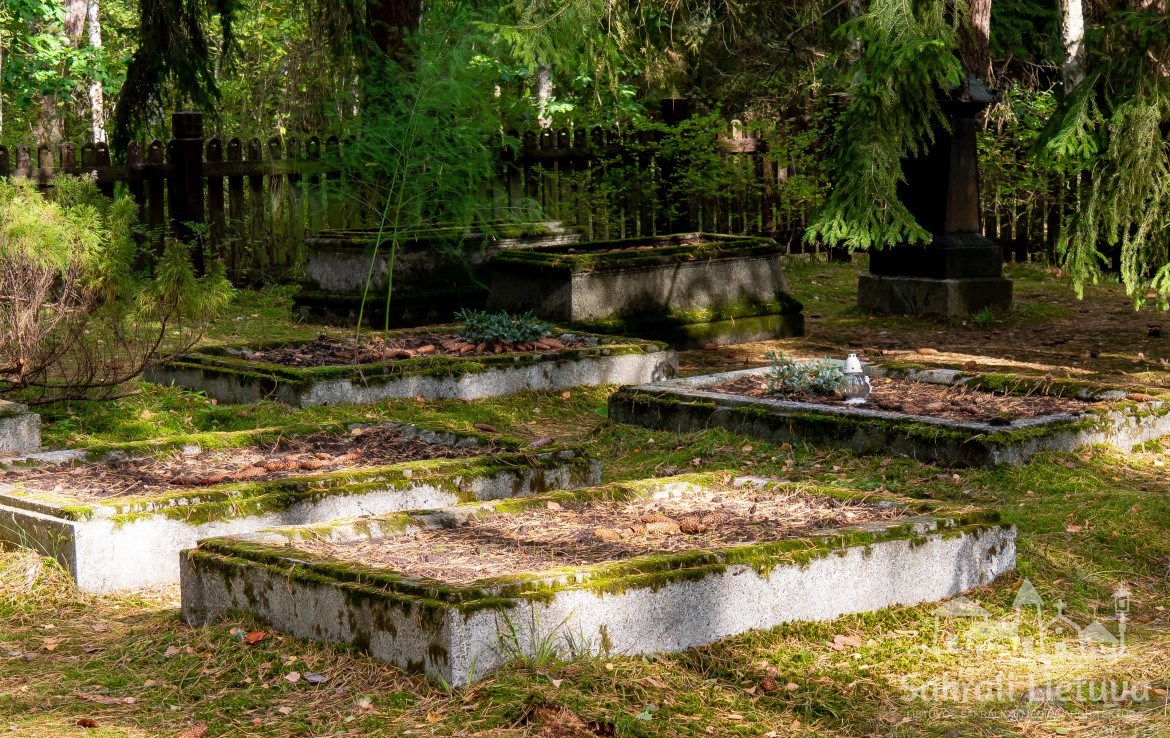 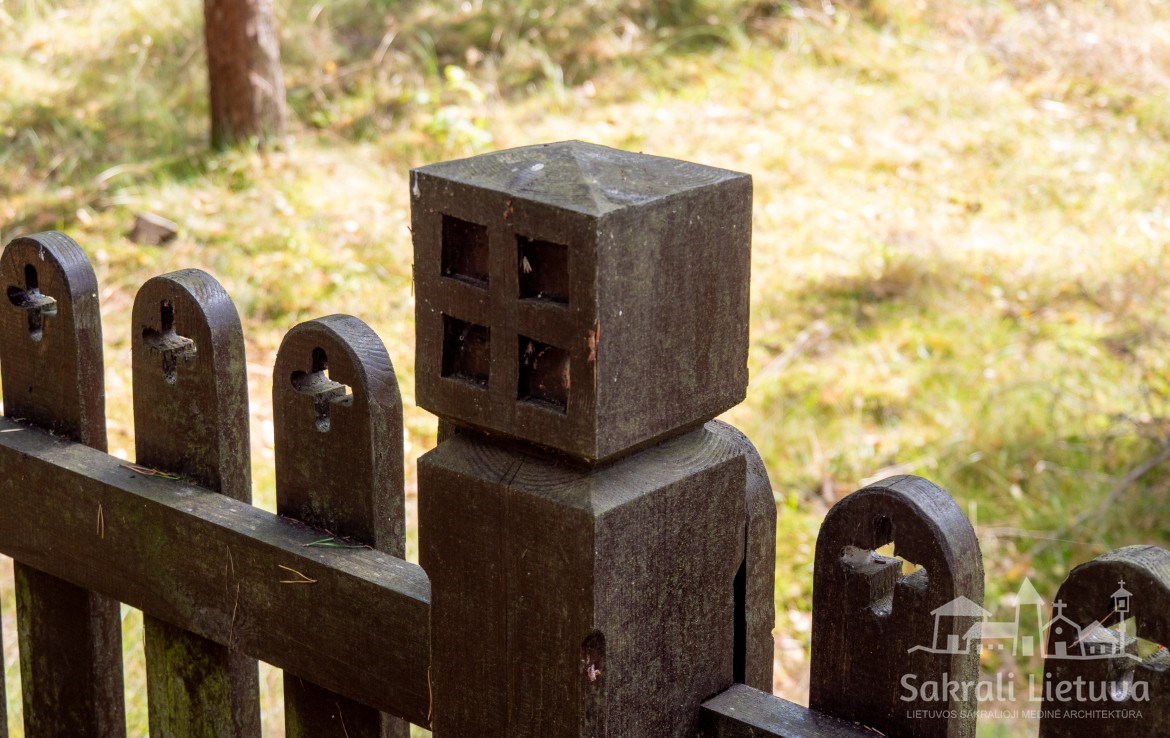 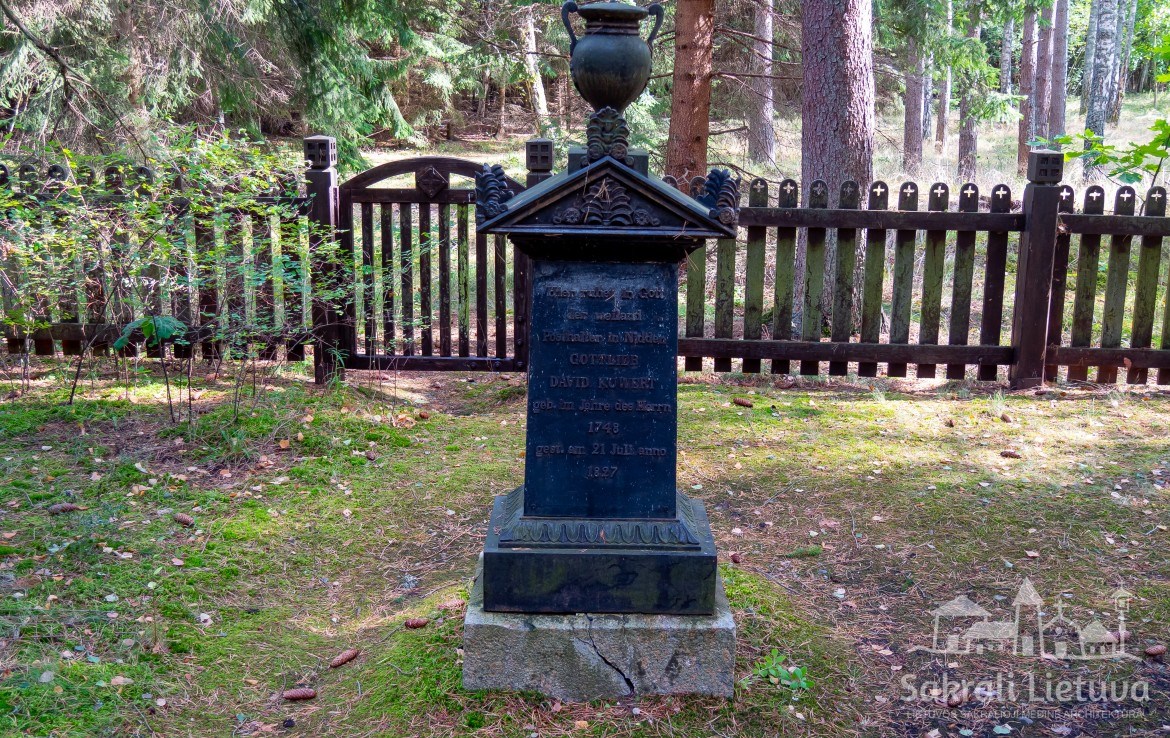 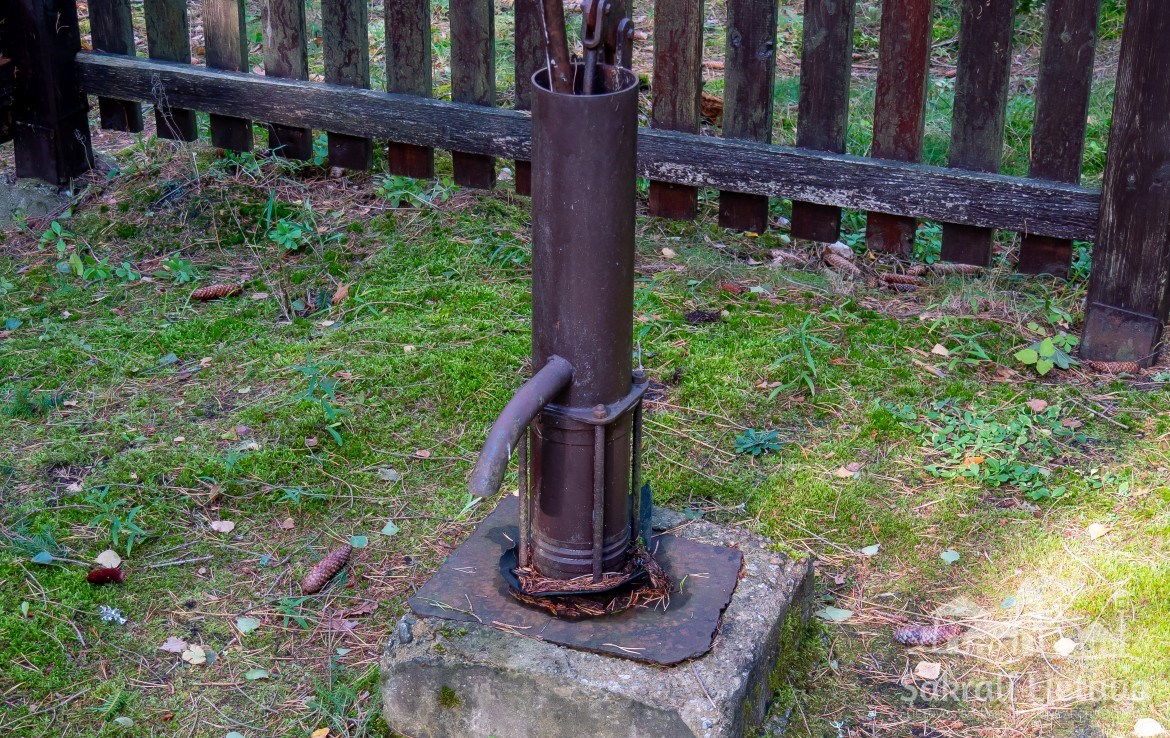 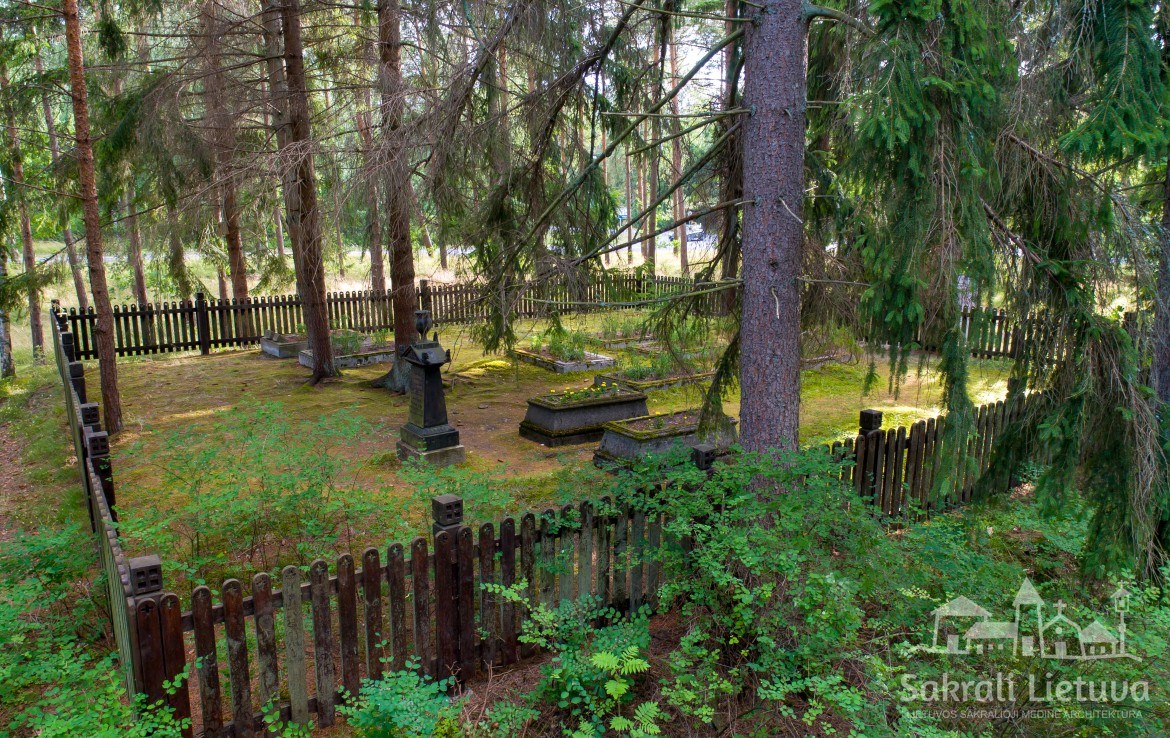 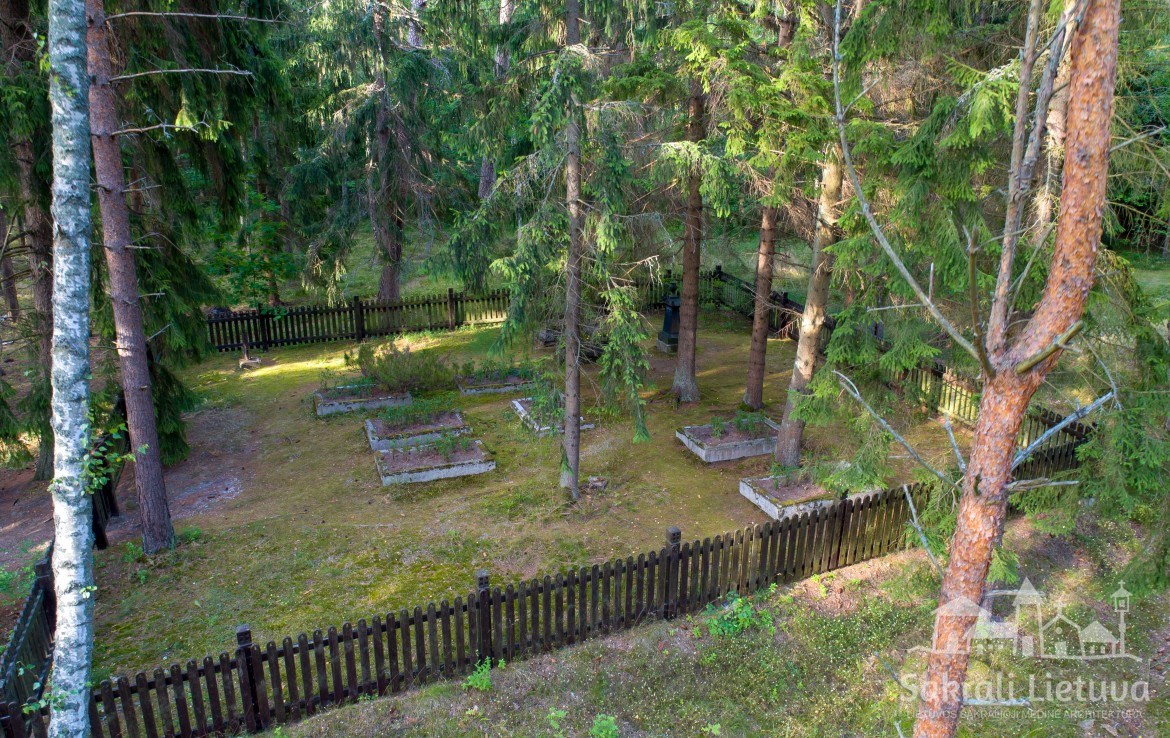