The remains of Nida dune planters and their families are resting in this cemetery. There is a renovated wooden cemetery fence and seven new terraced grave edges. It is known that the Kulvertas family, who were the rescuers of Nida from being buried under snow and the pioneers of the current landscape development in the Curonian Spit, as well as other dune planters are buried there. The cemetery also includes six graves of unidentified persons.

At the turn of the 18th century, the element of droughty sand formed the landscape of the Curonian Spit, referred to as the “Prussian Sahara” in many travelers’ memoirs, which prophesied a near future apocalypse to fishermen’s villages of the Spit. Scientists proposed a rescue plan, a reforestation that required huge funds. In 1802, the Prussian authorities approved a special program for afforestation of droughty sand areas, the implementation of which took almost a century. The lengthy and complicated process of rescuing the Curonian Spit by afforestation required both significant funds and persistent effort of many people.
At the beginning of the 19th century, the third Nida faced the threat of being buried by sand, and the droughty Urbas dune was coming closer and closer to Nida. At the foot of the dune the Post Office Supervisor Gotlybas Dovydas Kuvertas had a very important tavern for those traveling by the Neringa postal route. To save Nida and the postal route, he began reinforcing and planting the droughty sand areas located between the protective dune ridge and the dunes of Urbas and mount Angys.

Later, his son Georgas Dovydas took over the planting work. On the west side of the Old Postal Road, the Kulvertas family built windshields, planted plants resistant to wind and drought. Born and raised there, they were well aware of Nida’s surroundings, the most dangerous and priority areas to be planted over. Georgas Kuvertas noticed that common pines were covered with sand very quickly and did not serve as the most effective means of stopping dune travelling. The innkeeper was the first to use mountain pines to stop the dunes. The successful reinforcement of Mount Urbas inspired large-scale works, which were organized by the Prussian authorities in 1880-1910. Doing it was no longer difficult because they already knew how.

The successful example of Mount Urbas, which saved the Third Nida from being flooded, was used for this purpose. Thus, Mount Urbas is a symbol of the beginning of a new period in the history of the Curonian Spit. With the danger of being sand-buried eliminated, people’s lifestyles, architecture, occupations and businesses changed. At the beginning of the 20th century, all fishermen’s settlements on the Spit gradually turned into coastal resorts.
Georgas Dovydas buried his father in a cemetery in a forest nursery. Before he died, he expressed his wish to be buried next to his father. In the 19th century and the 1930s, Nida foresters and their family members were buried there. In 1976, the first wooden cemetery fence was built. Over the years, the fence rotted, so it was rebuilt anew twice more, in 1984 and 1995. In 1984, seven new terraced tombstones were cast. 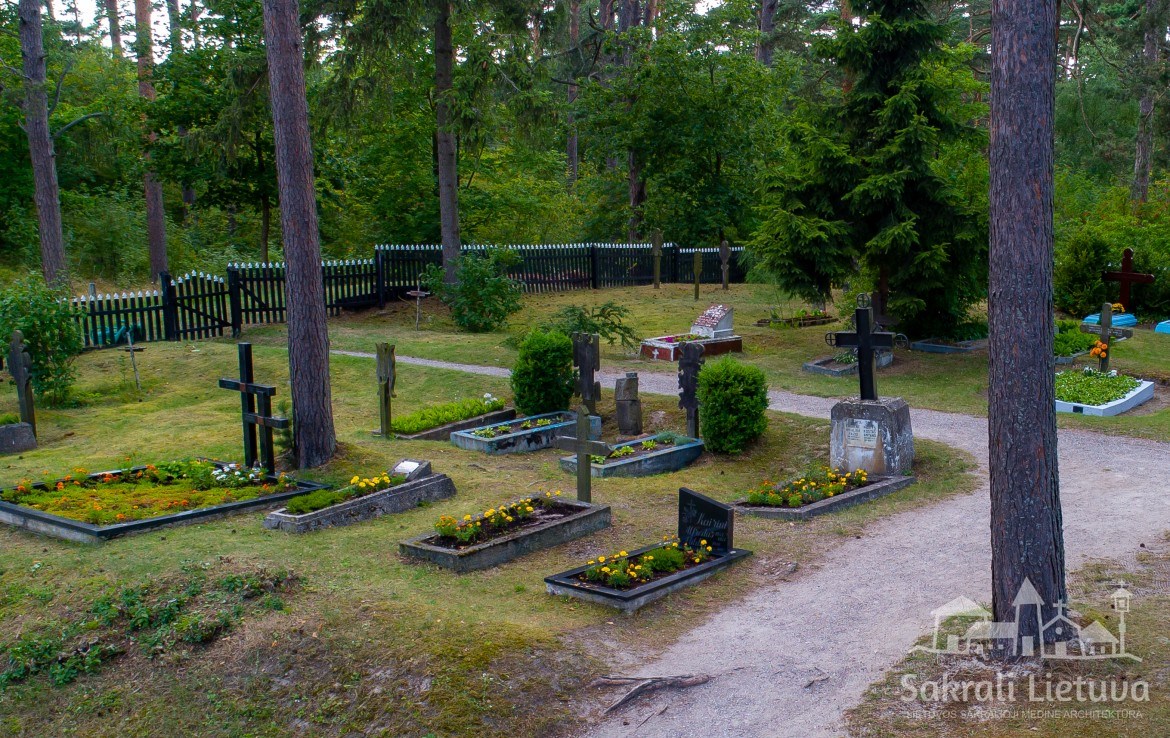 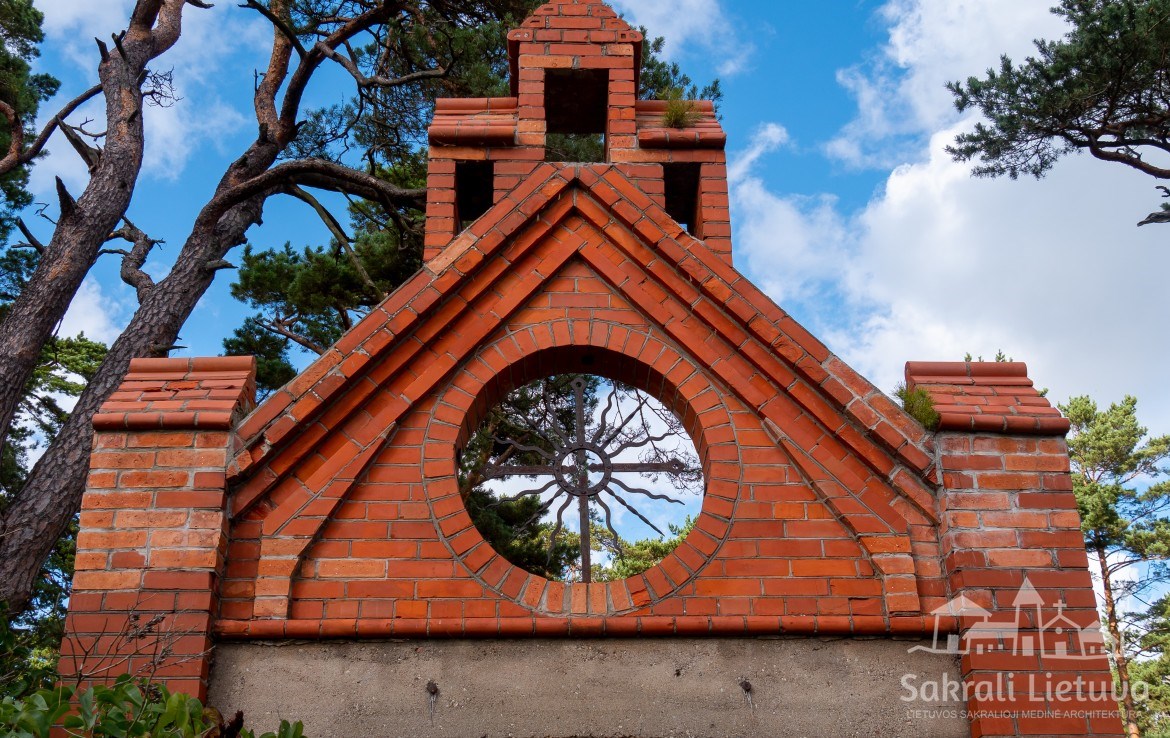 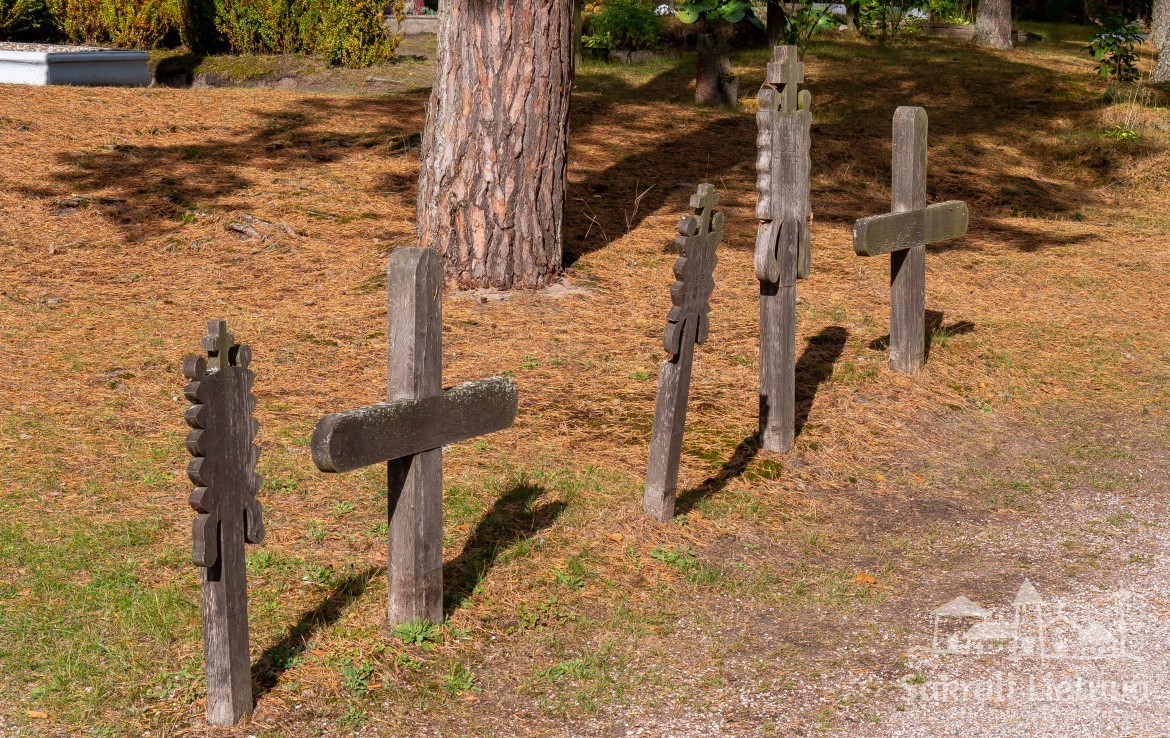 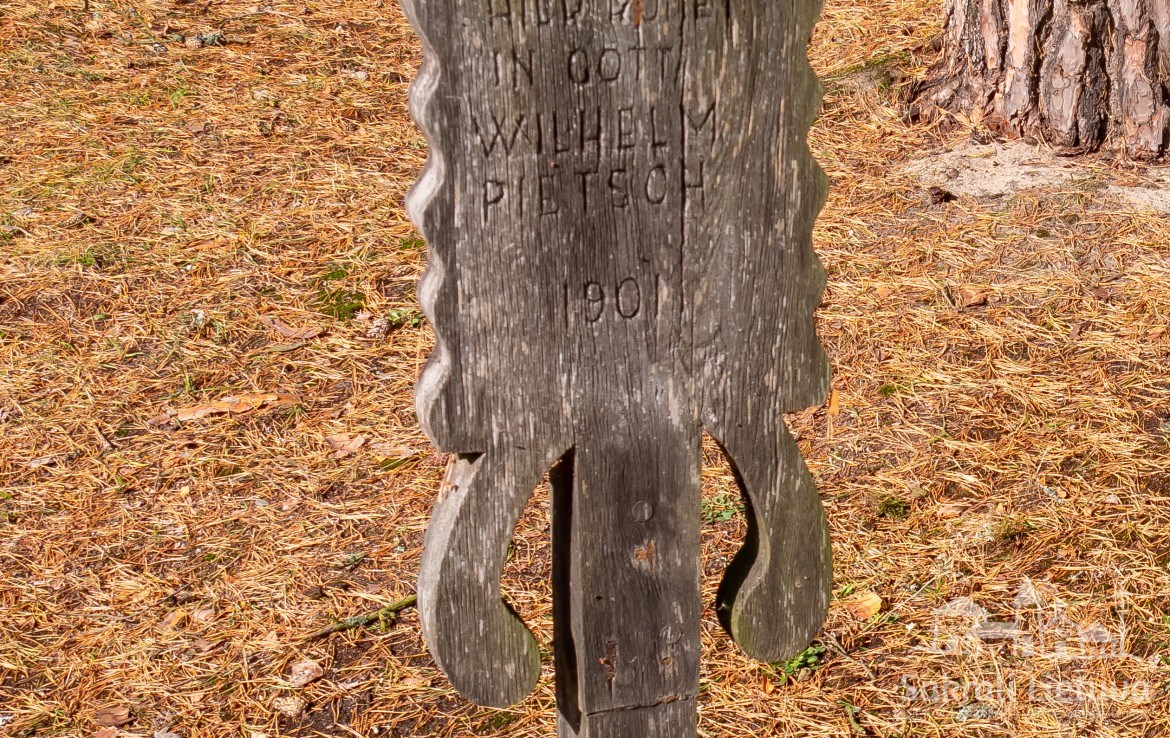 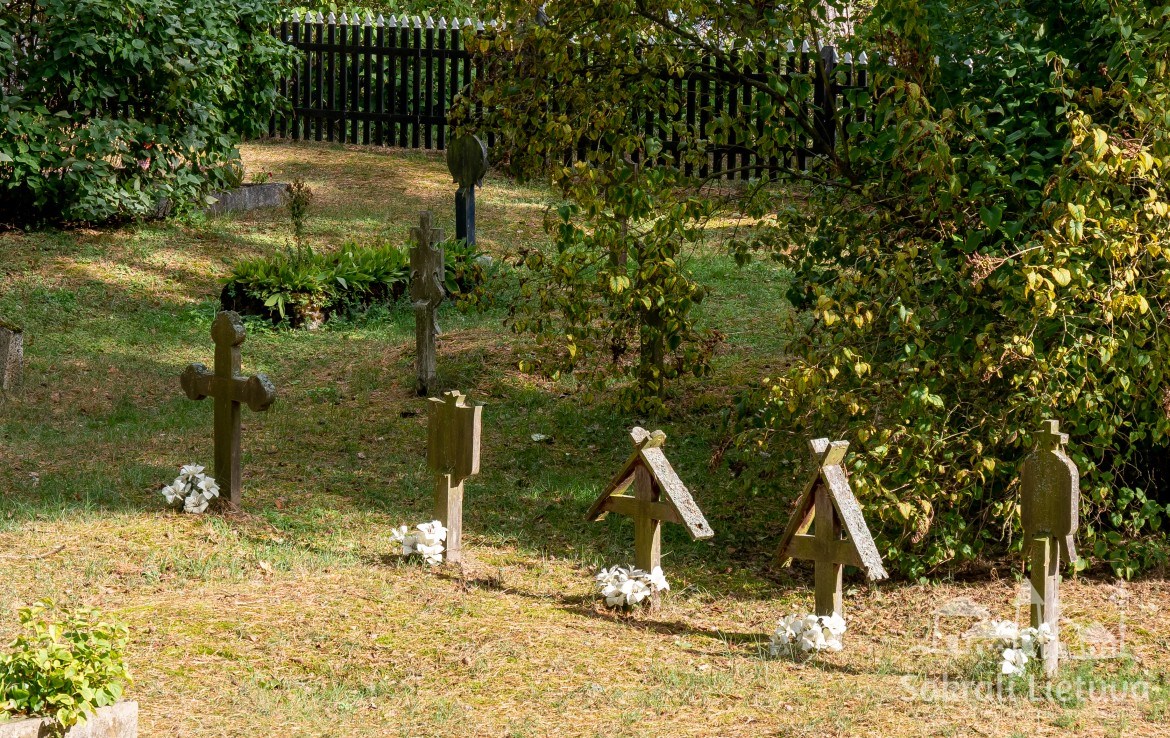 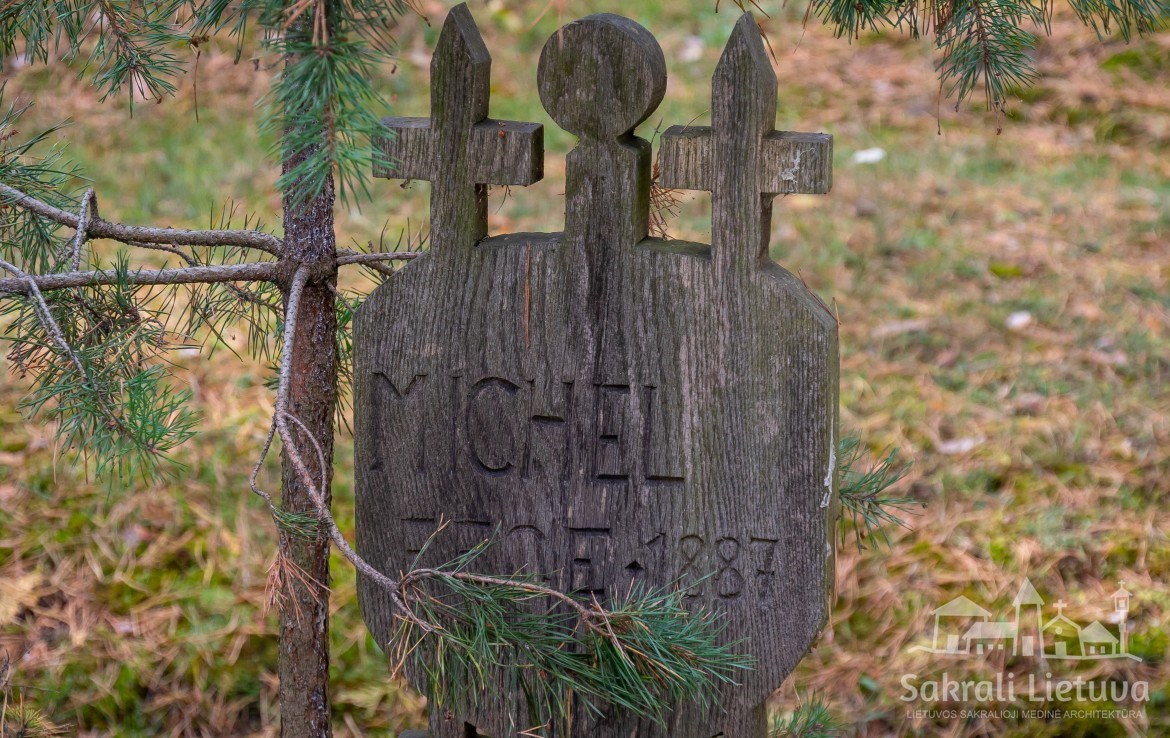 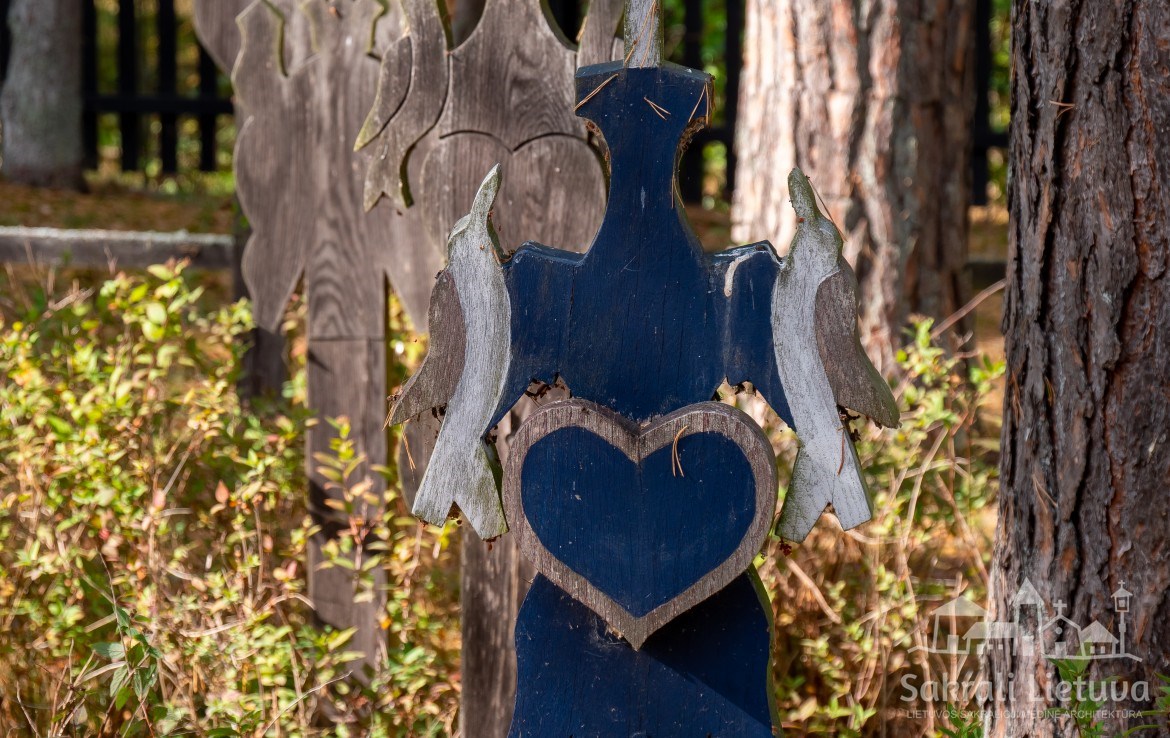 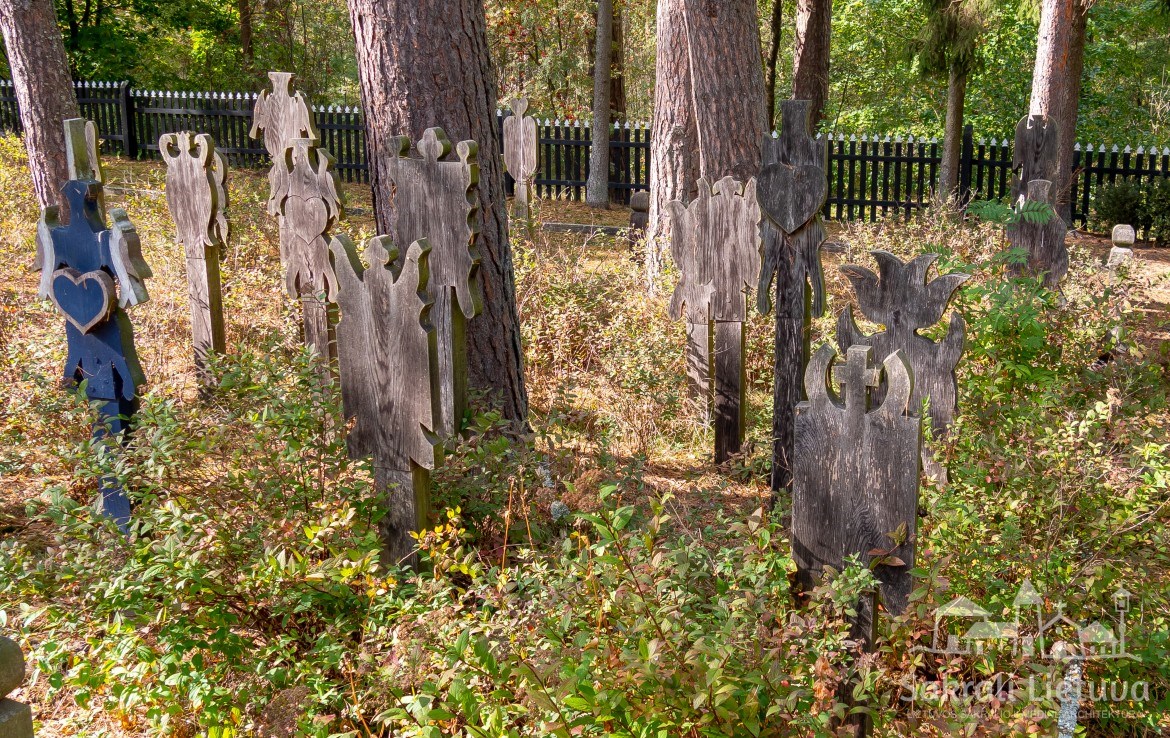 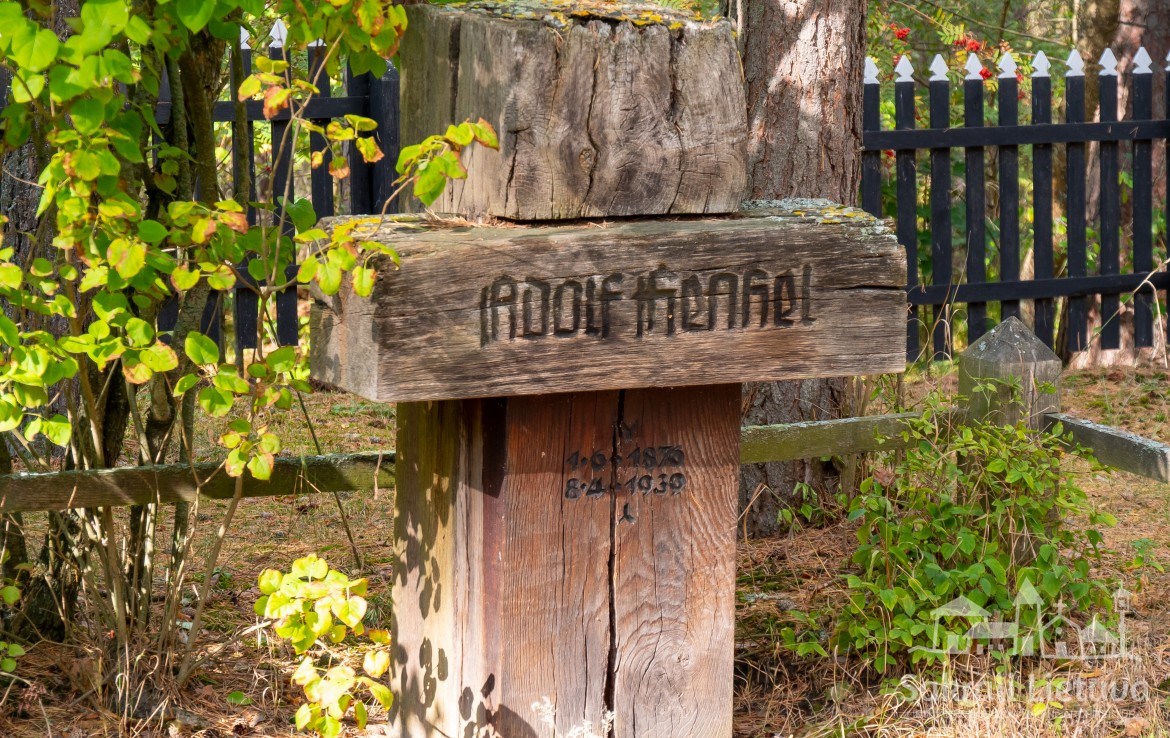 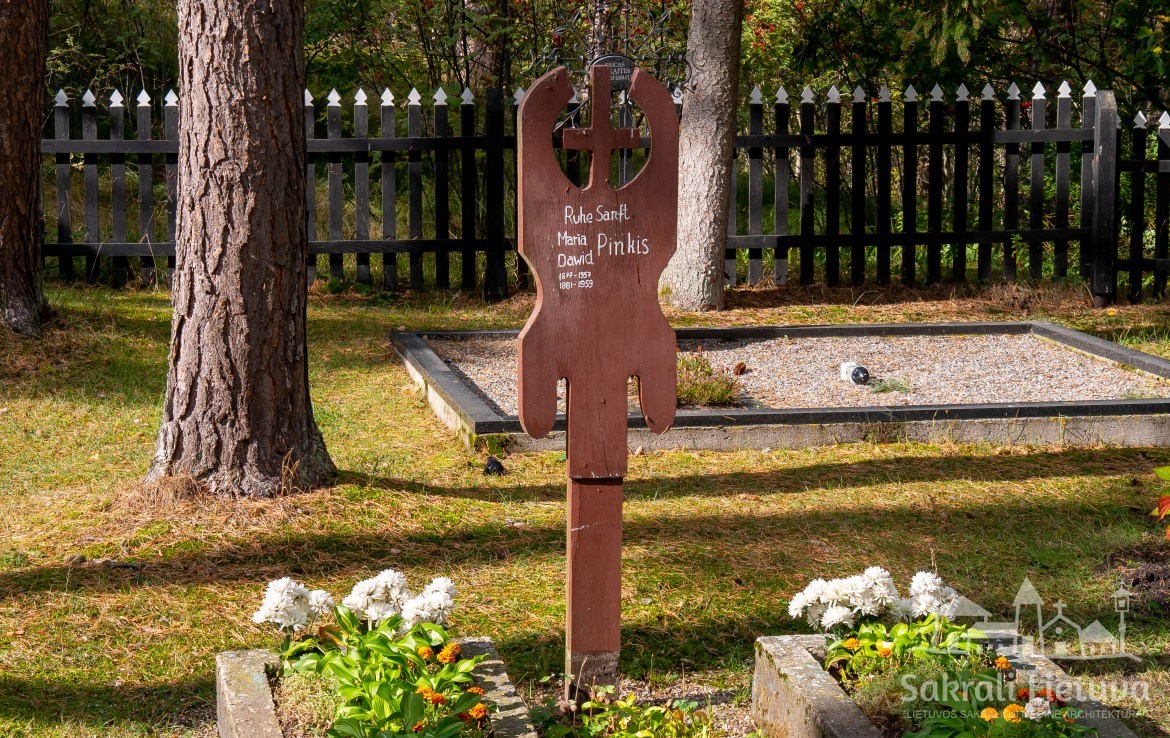