The first church in Marcinkonys was built back in 1770 and the existing church – in 1880. During the press ban, the repressions of Tsarist Russia were actively opposed to: the pastor Jonas Šoblickas, who lived and held services in Marcinkonys, cherished Lithuanianness, held prayers in the Lithuanian language and distributed the Lithuanian press. In 2018, the church, the belfry and the churchyard fence chapels were renovated with funds raised and building materials that were needed for repairs donated by parishioners.

The building itself is wooden, with sacred folk architecture, neo-Gothic and neo-Baroque features. The silhouette of the two-tower church is close to that of masonry churches of Baroque style, where the main facade is framed by two symmetrical towers, and the walls are covered with vertical planks and narrower slats, and are decorated with Gothic windows of shaped as tapering arches. The gable roof is covered with sheet steel, and turrets are located above the main facade and the presbytery. A gorgeous, hexagonal turret of Baroque shape is above the presbytery, and its two sections have small arched windows, covered with hexagonal helms.

The towers of the main facade are of rectangular base, and the sides ones consist of two sections, each ending with four small pediments and multi-slope roofs, and the shape of the second section are echoed in the smaller turret located above the pediment. All the towers are decorated with ornamented forged crosses. The entrance of the main facade is decorated with imitations of tracery typical to Gothic style, and the pediment is decorated by imitations of paired and arched windows, with the pediment top adorned with profiled verge trims.

The interior is furnished in folk Baroque style, and has many significant artistic values. They include the authentic paintings of St. Rock and St. Barbara painted at the beginning 18th century.

A very rare in Lithuania cross with two cross-pieces, installed in 1933, is located in the churchyard. 14 chapels of the Stations of the Cross are incorporated in the brick churchyard fence. A wooden two-stage folk architecture belfry of a quadrangular base, and with a silhouette very characteristic to belfries of Lithuanian church villages is also incorporated in the fence. 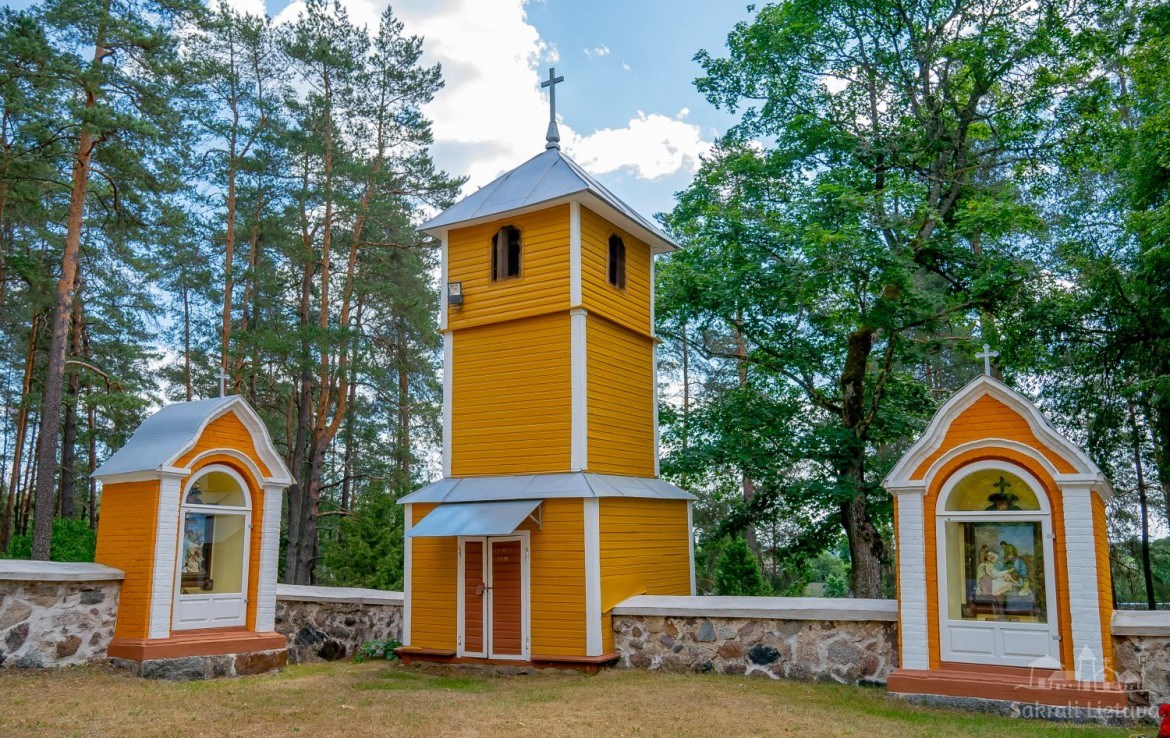 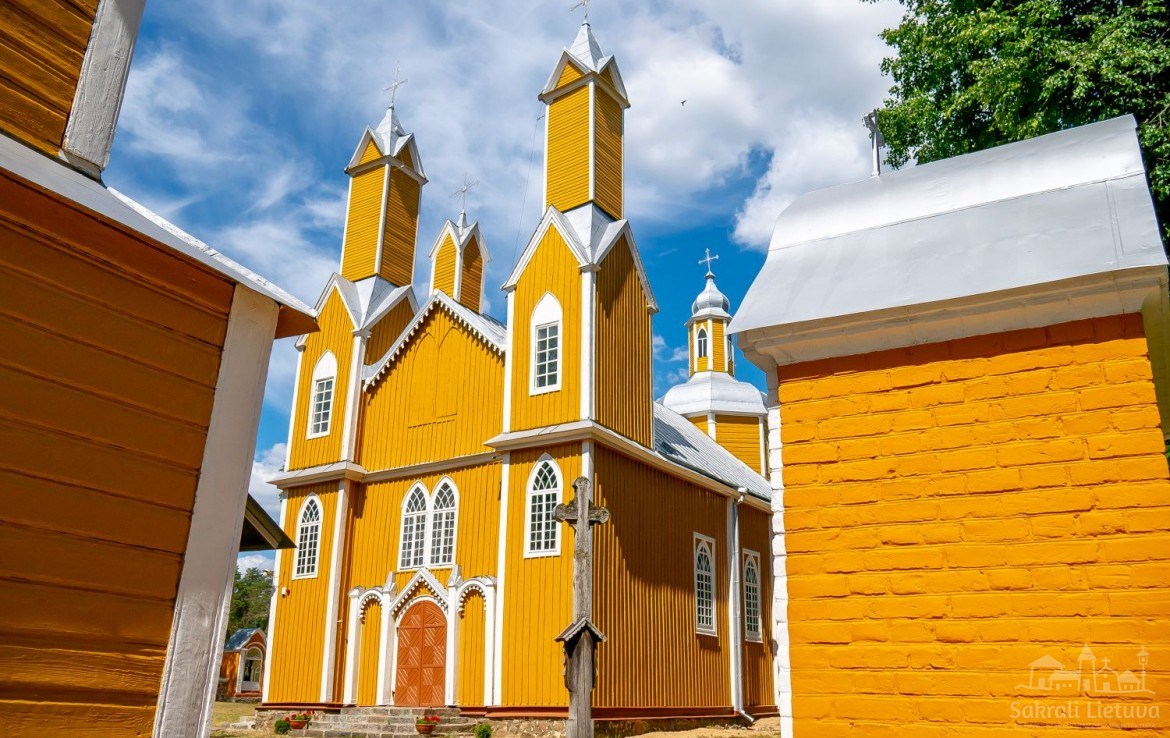 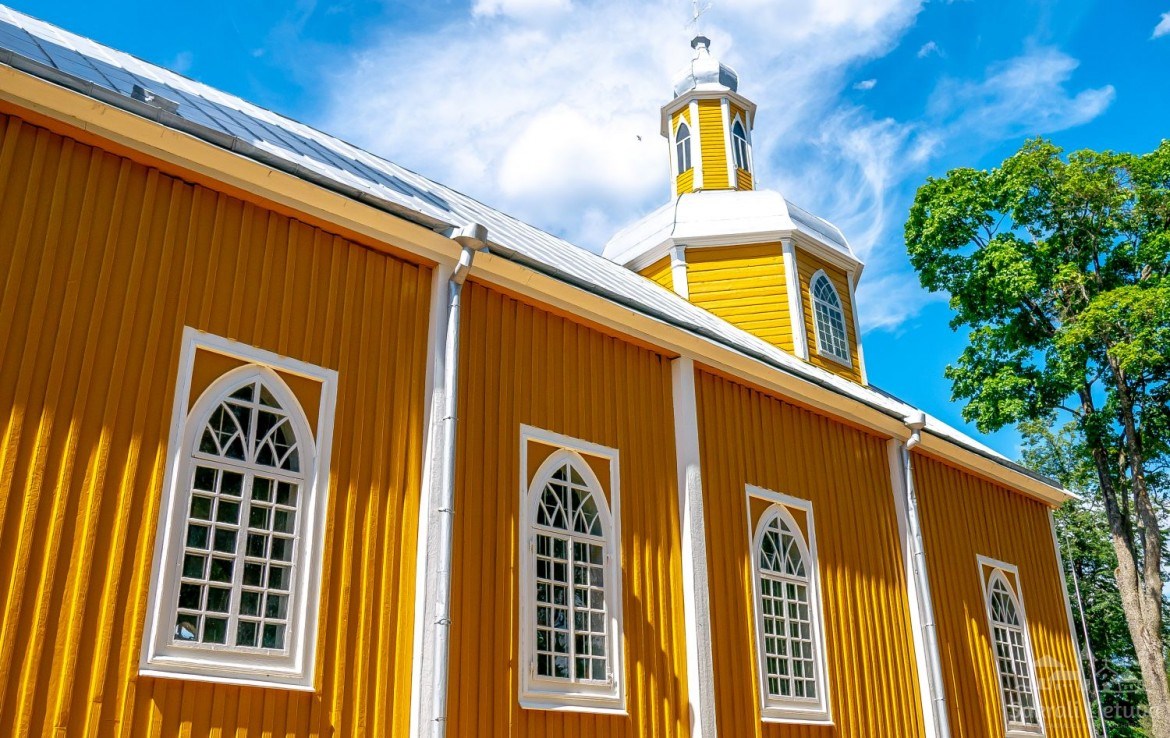 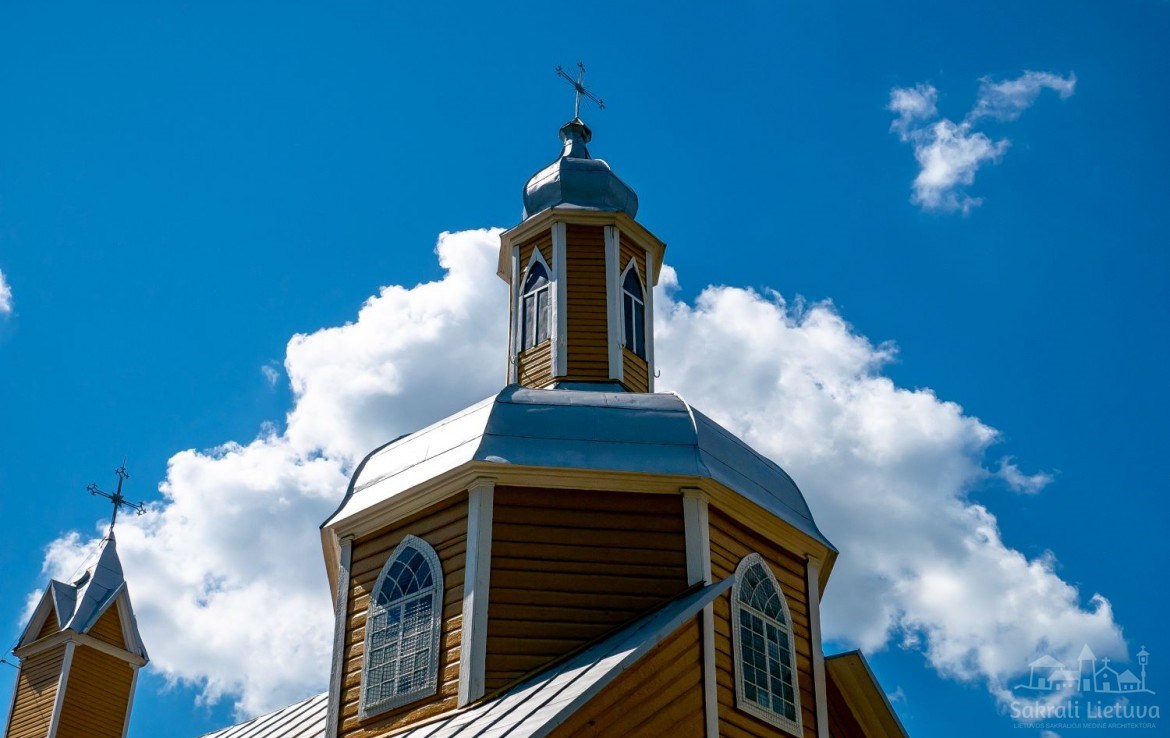 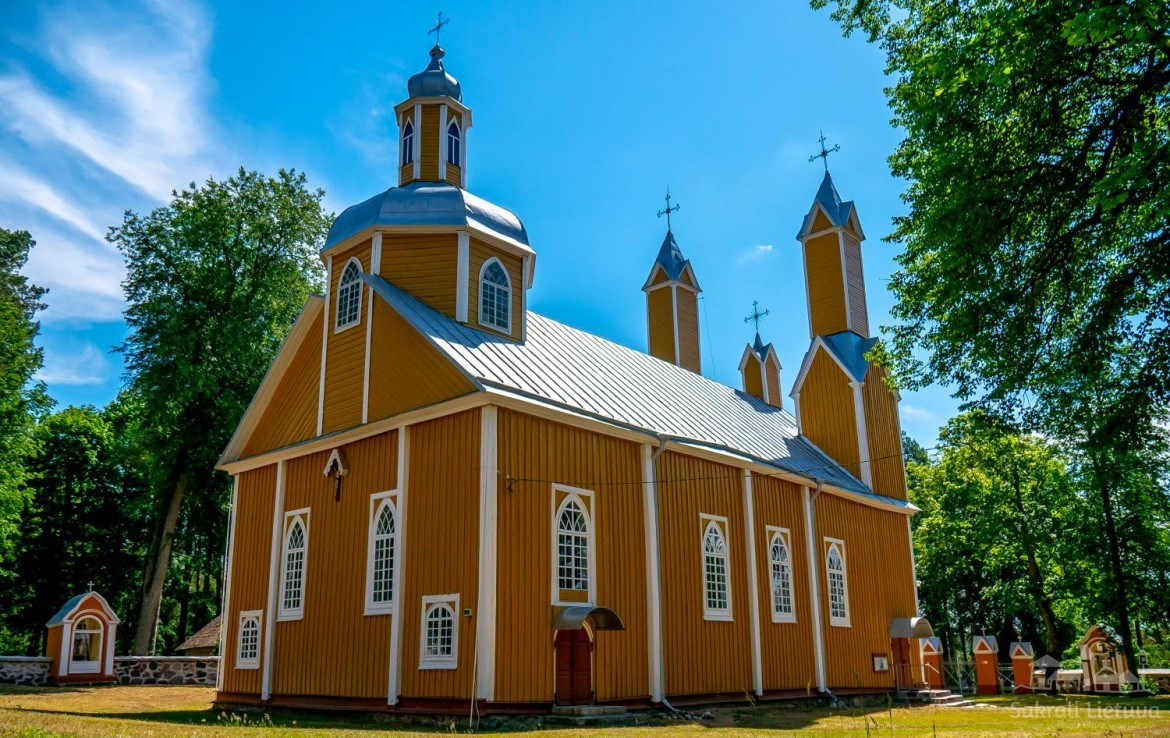 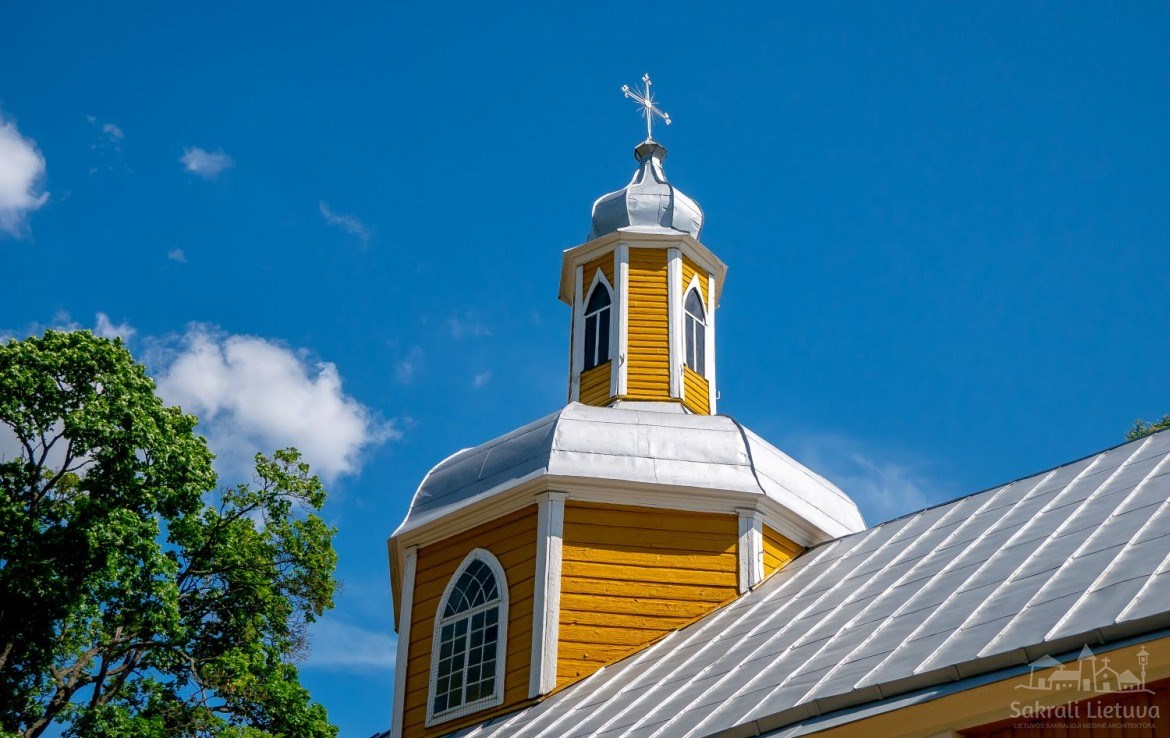 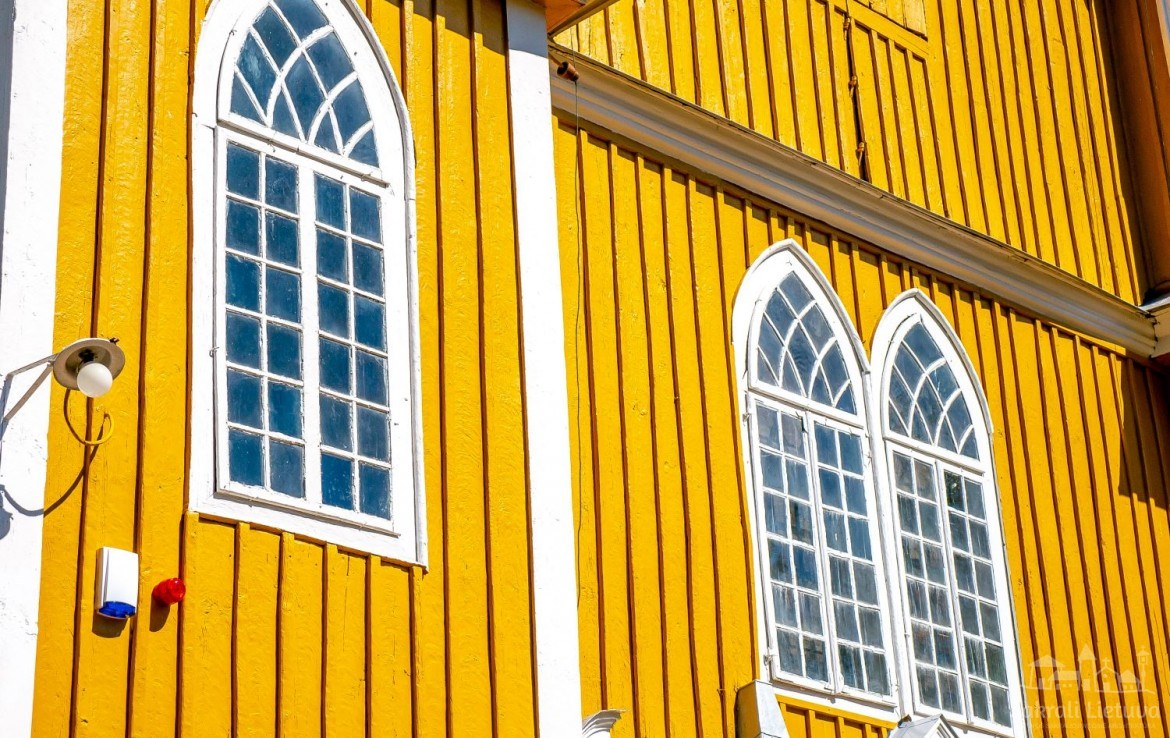 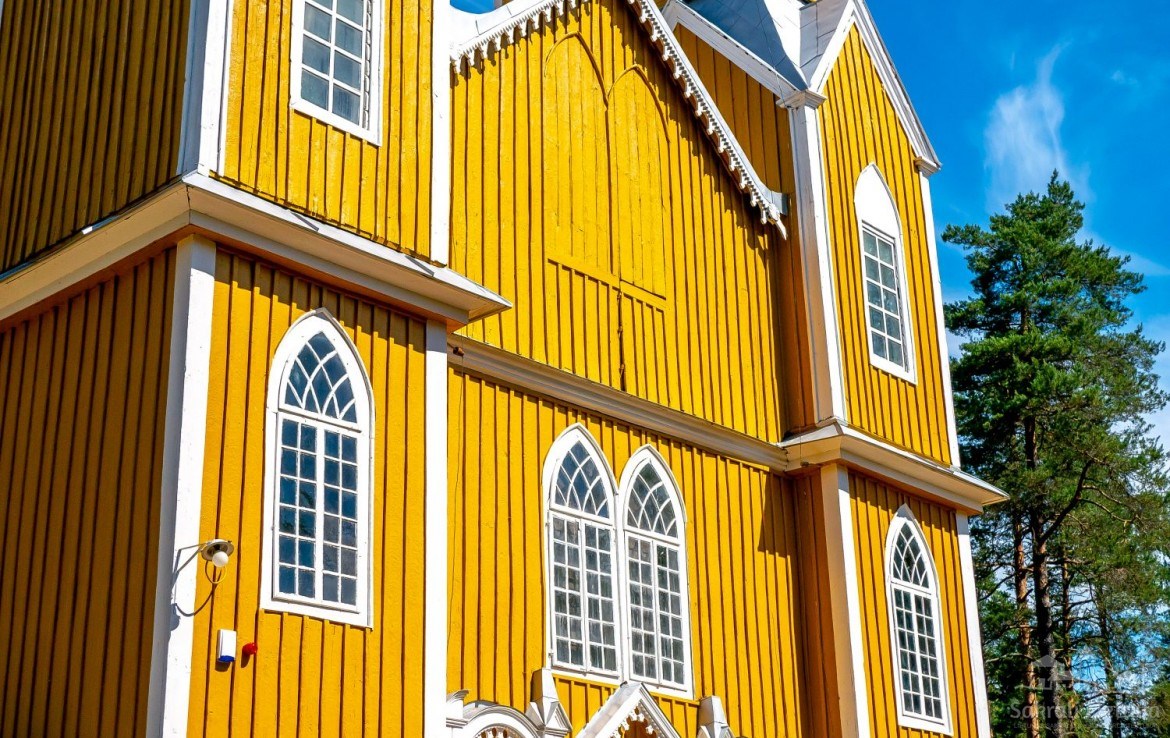 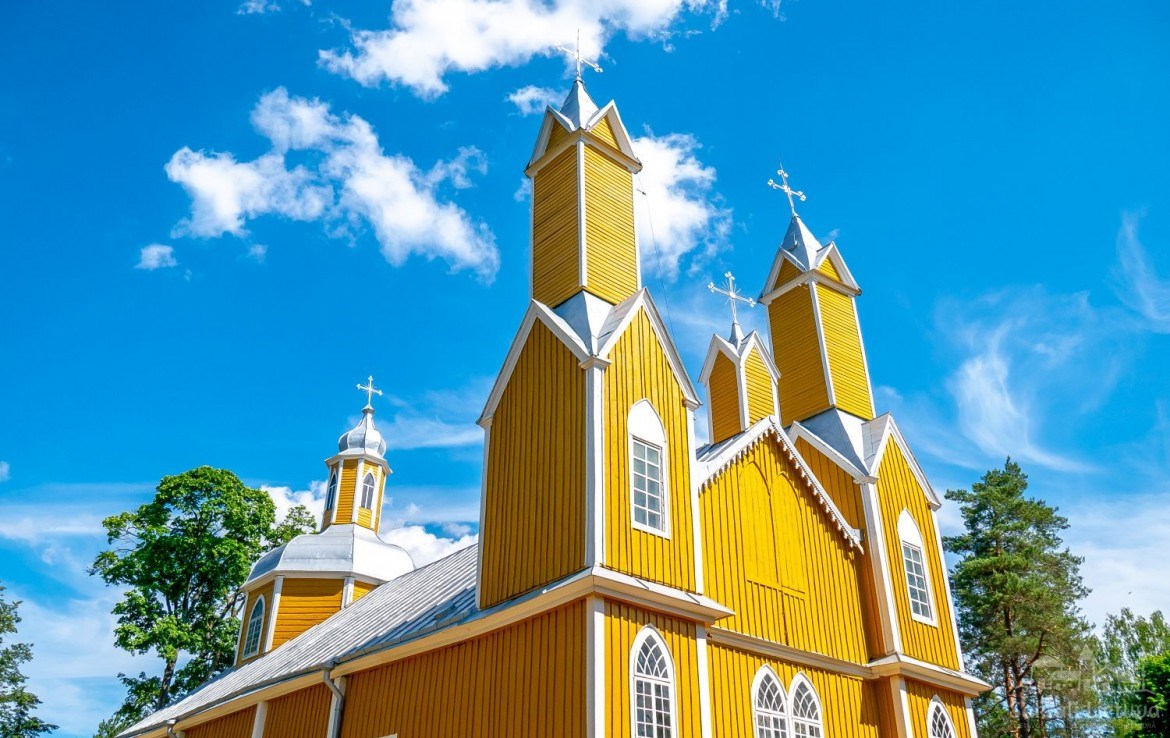 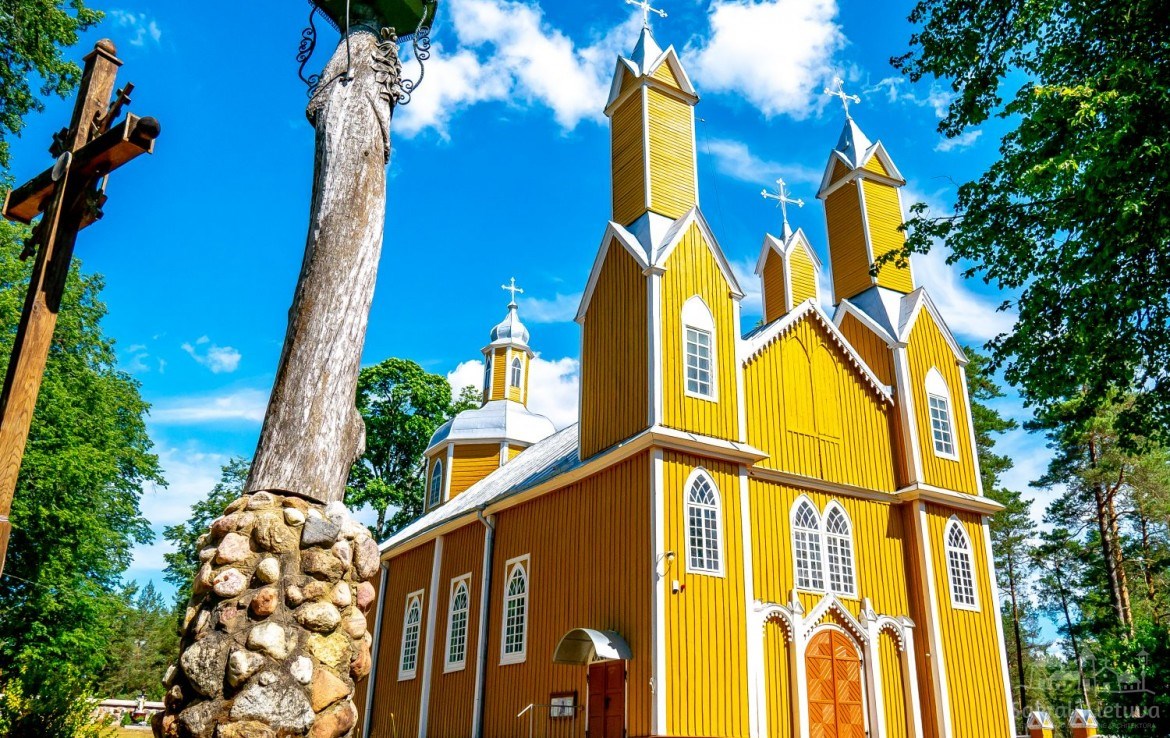 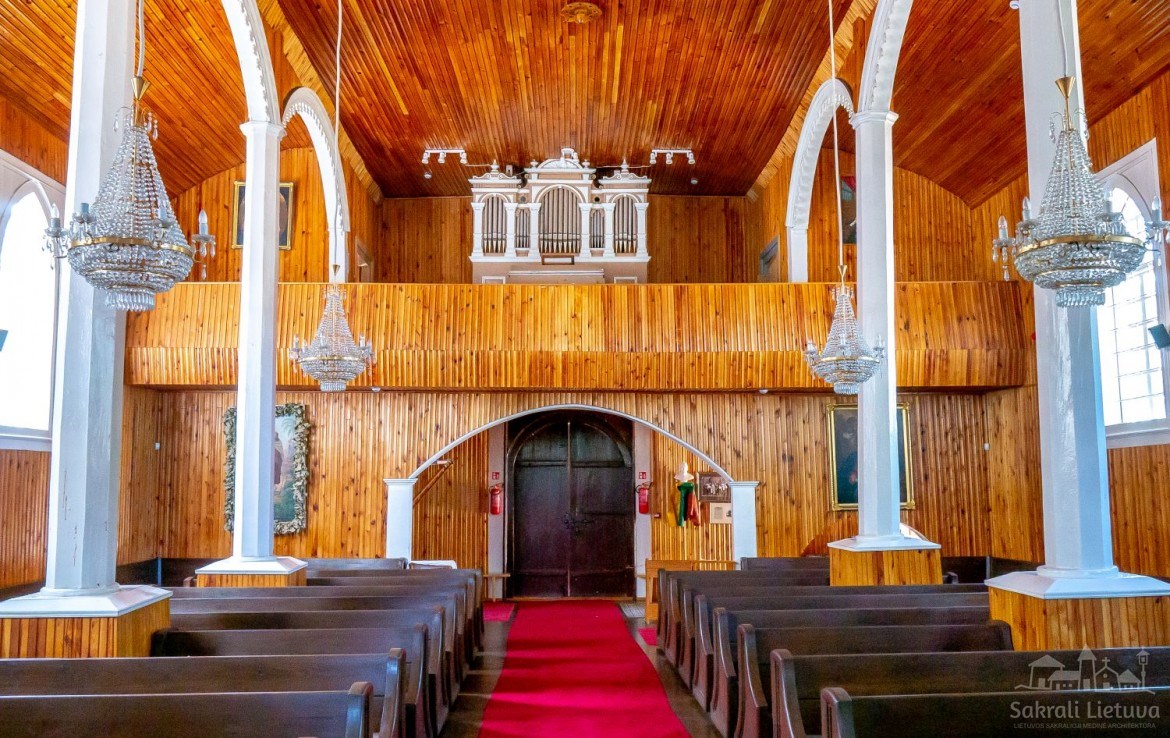 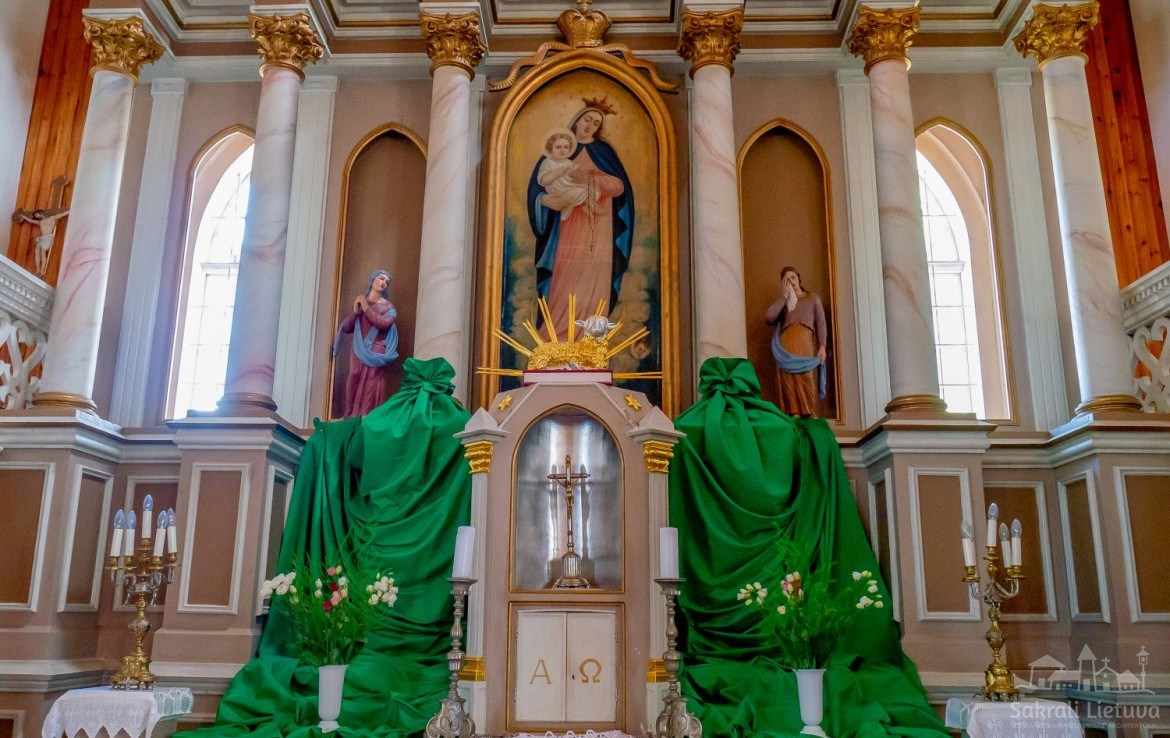 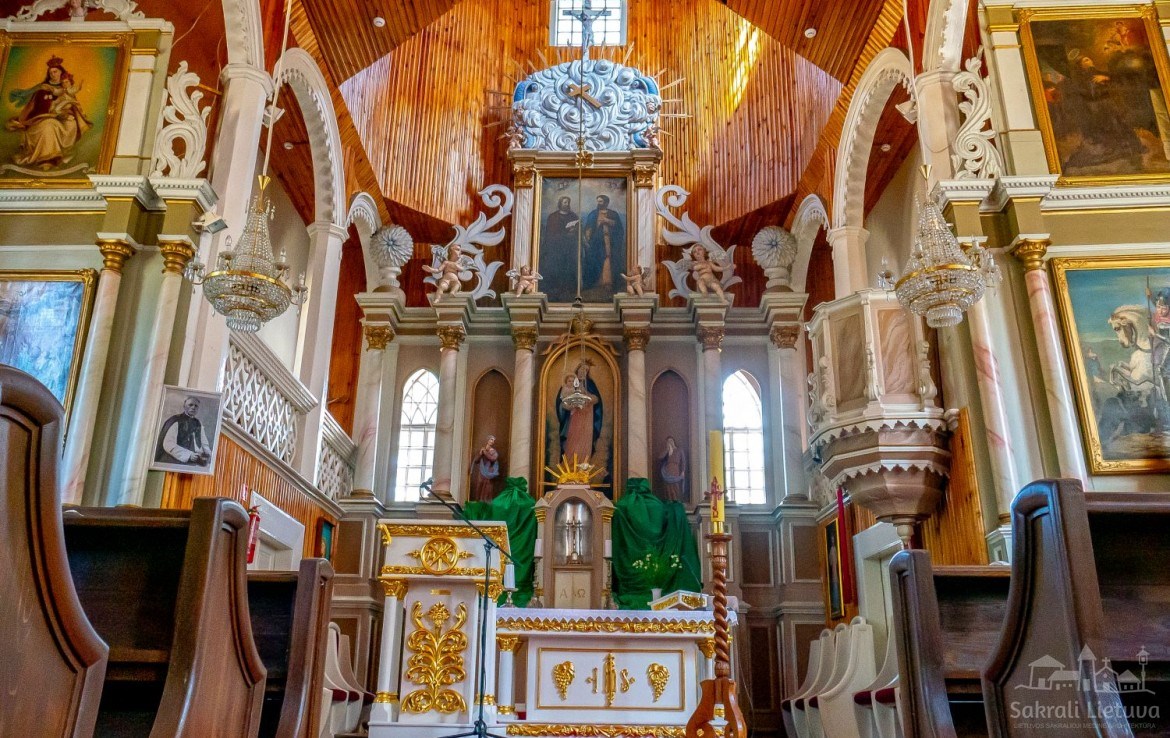 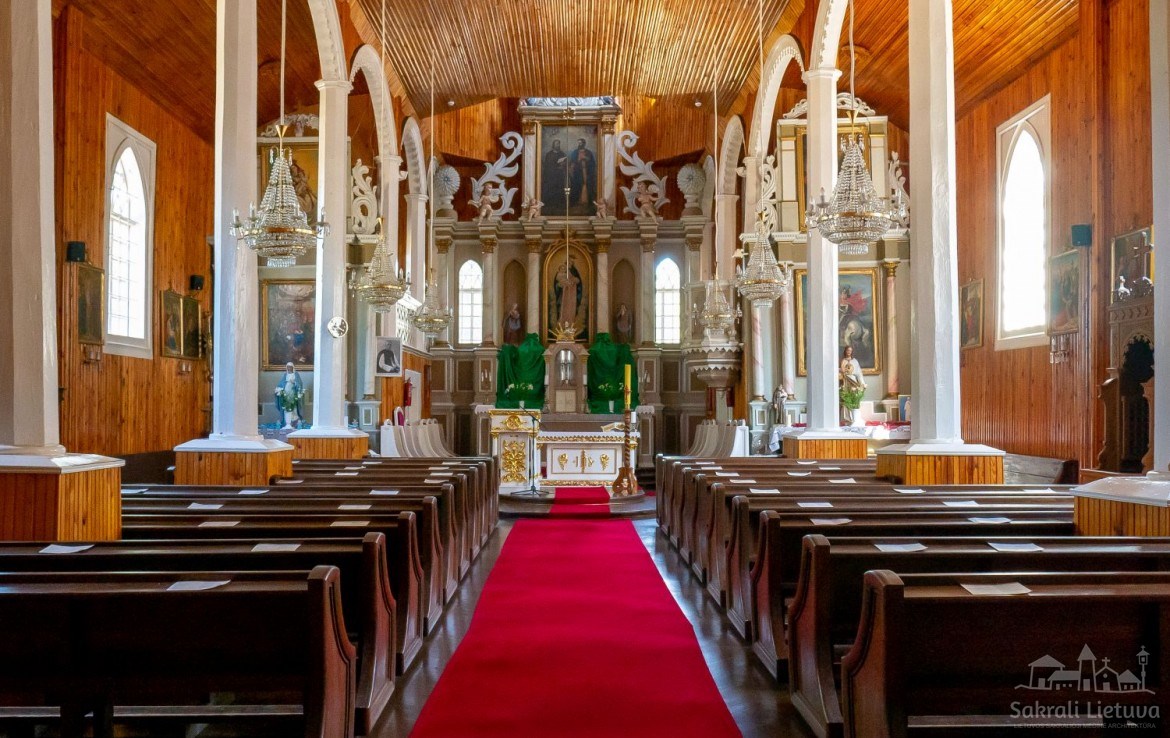 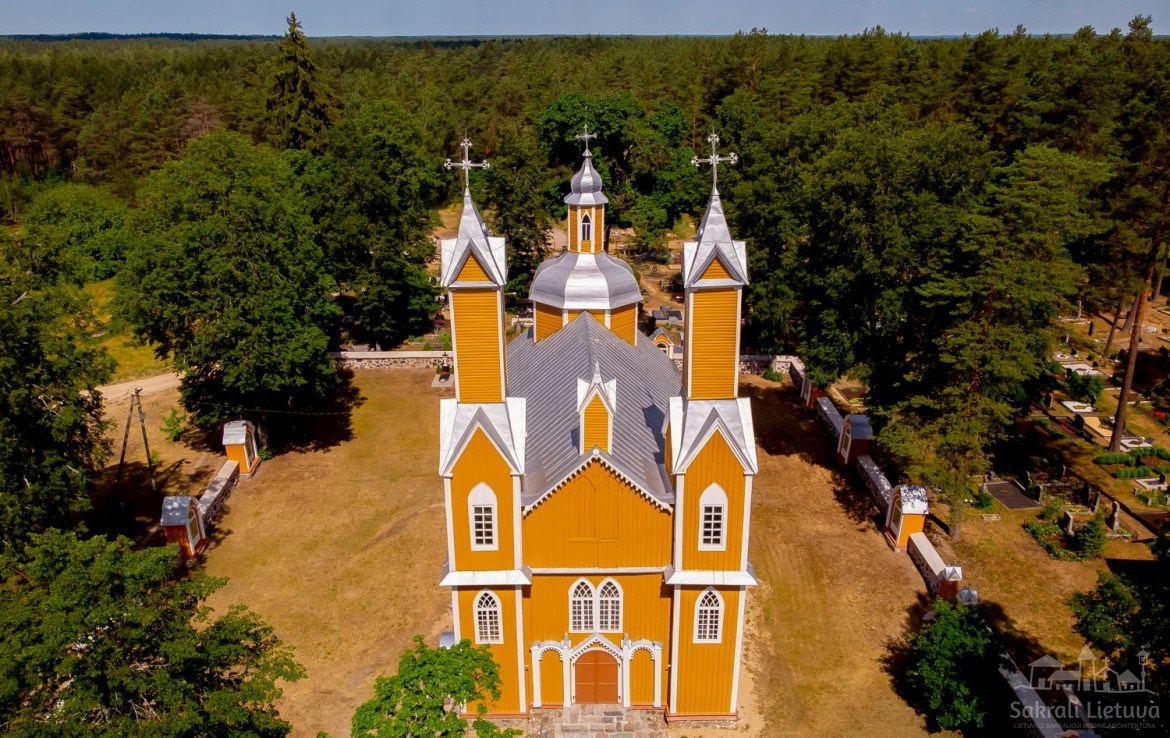 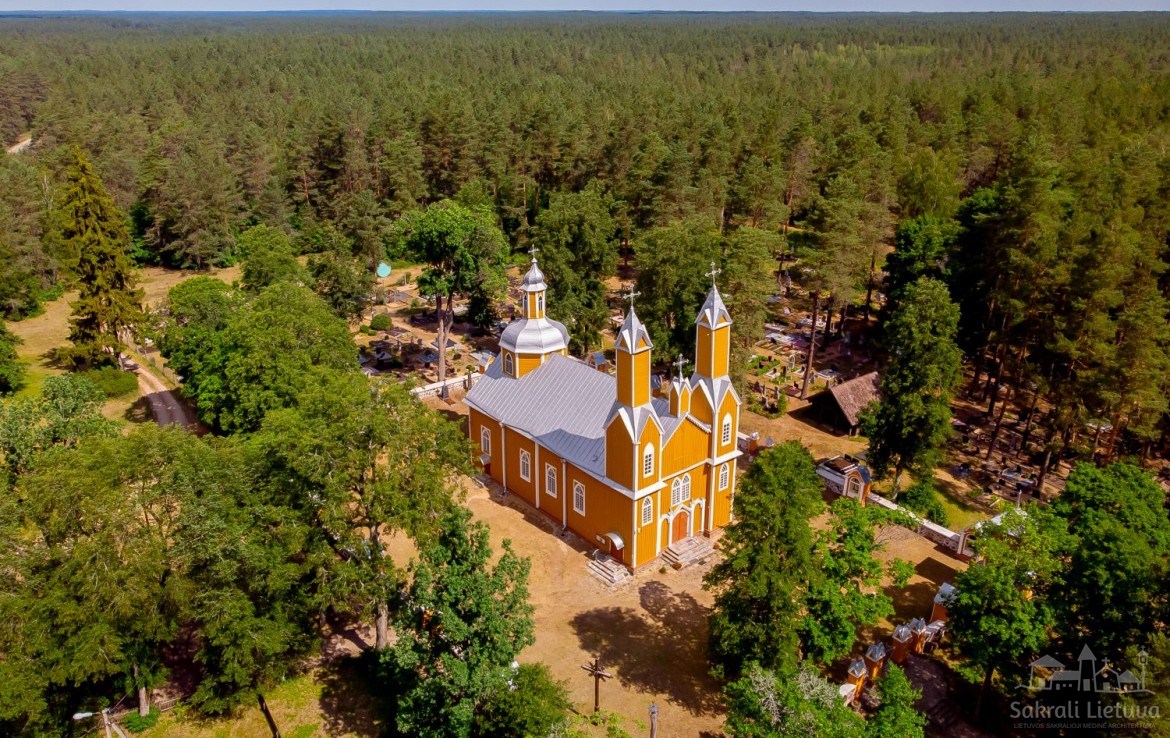