Luokė All Saints Church and Belfry

Luokė Church was built in 1774. It is wooden, stumpy, of massive proportions and folk architecture forms. It has a single nave, is Latin cross-shaped and has a turret. It is oriented east-west along the longitudinal axis. It has a gambrel roof1, and smaller gambrel roofs join it on the sides. The church interior is dominated by a single space of the nave and presbytery. The side chapels are separated by wide segmental arches. The main facade is oriented to the west, with a two-leaf door, boarded in herringbone pattern. The three-wall apse is located to the east, with the crucifix on the eastern plane. The church facades are dominated by large wall planes with large, narrowly arched, ornately and finely partitioned windows. The sacristy windows are smaller, square in shape and finely partitioned. The interior is of folk Baroque style. The church has five altars, its walls and ceilings are decorated with ornamental folk painting, and spaces divided by Doric order columns. Its wooden pulpit and an organ have also survived to date.

In 1899 a wooden, two-storey, nine meters high belfry was built. It has a square layout and is covered with a four-sided roof. The second floor layout is smaller than first floor one. The first floor windows are arched, symmetrically located in the southeast wall. The other two walls of the first floor are smooth and have no openings. The second floor includes two large, arched sound holes in each of the four walls. The belfry has three bells named after St. George, St. Joseph, St. Thecla. 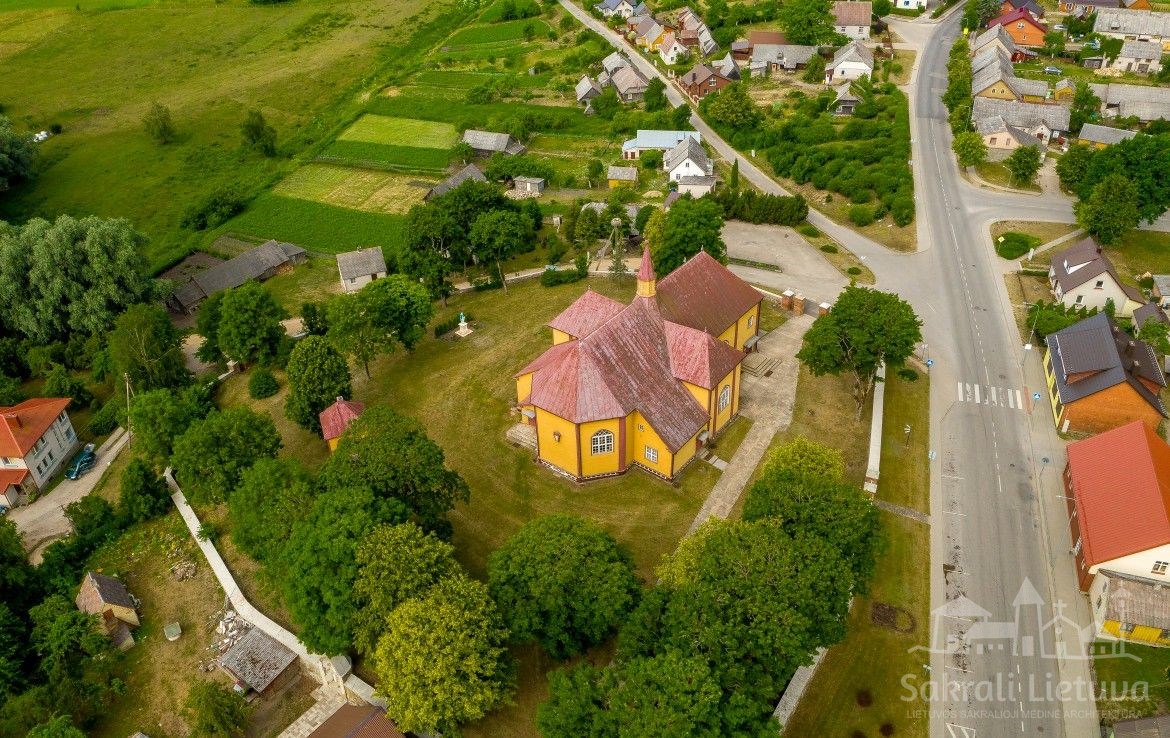 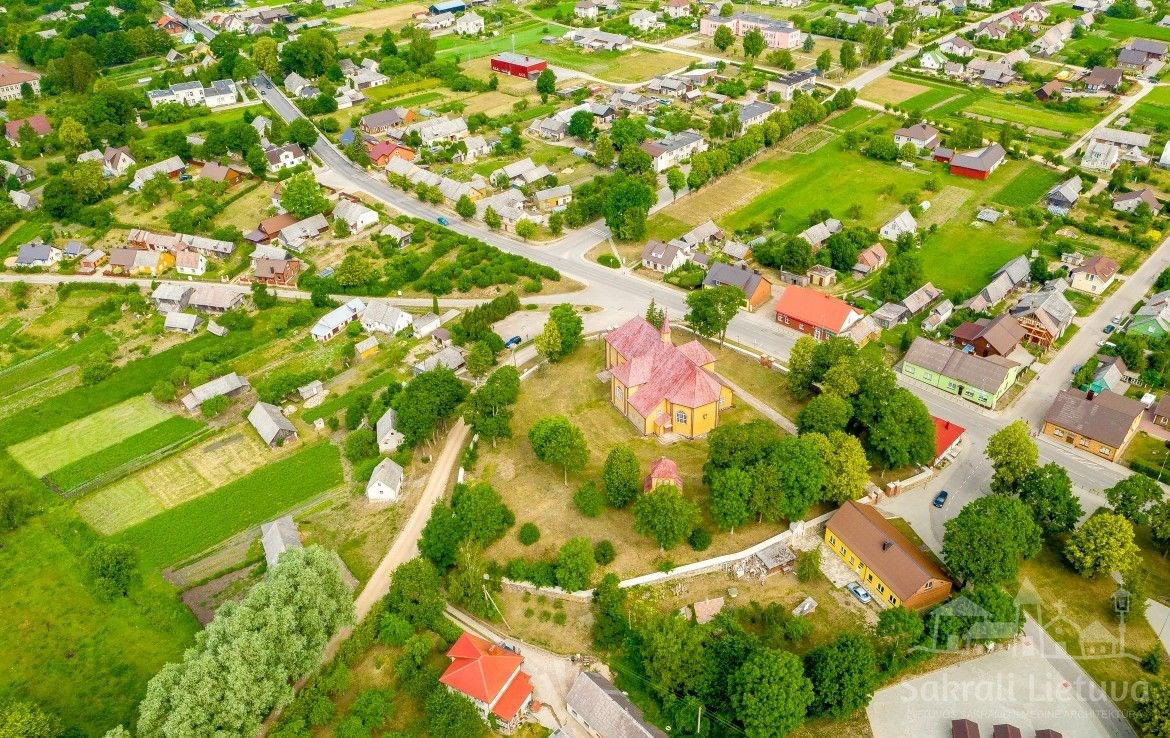 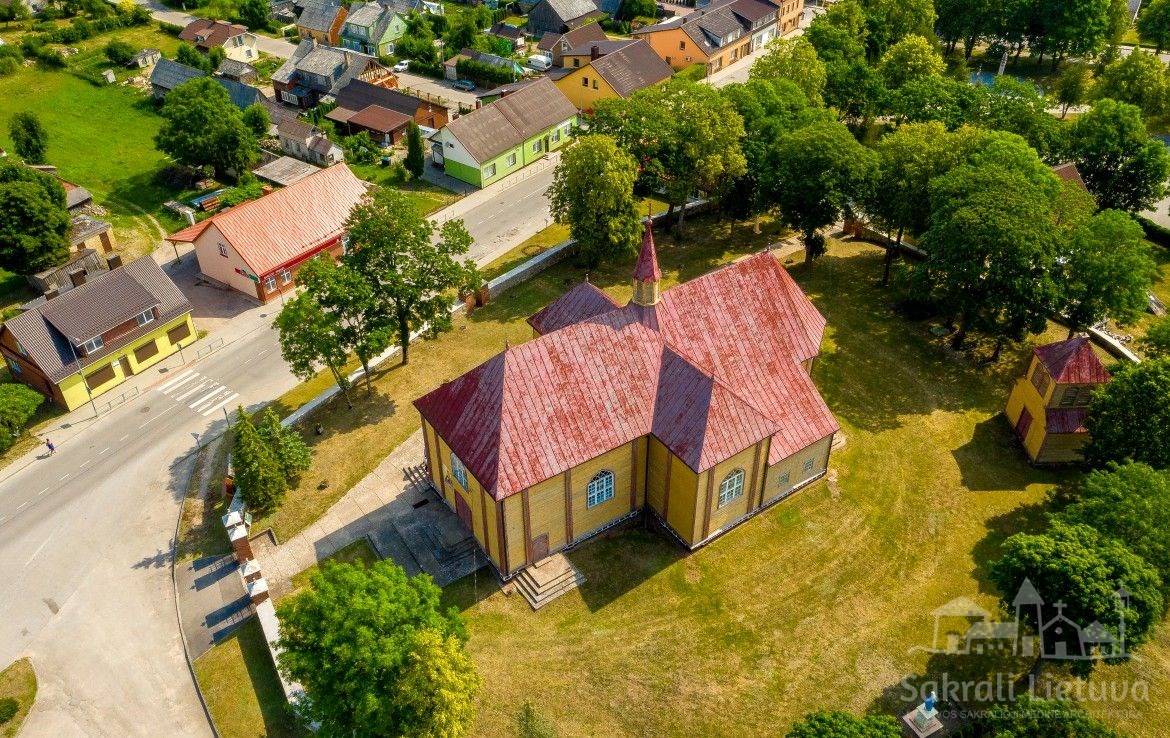 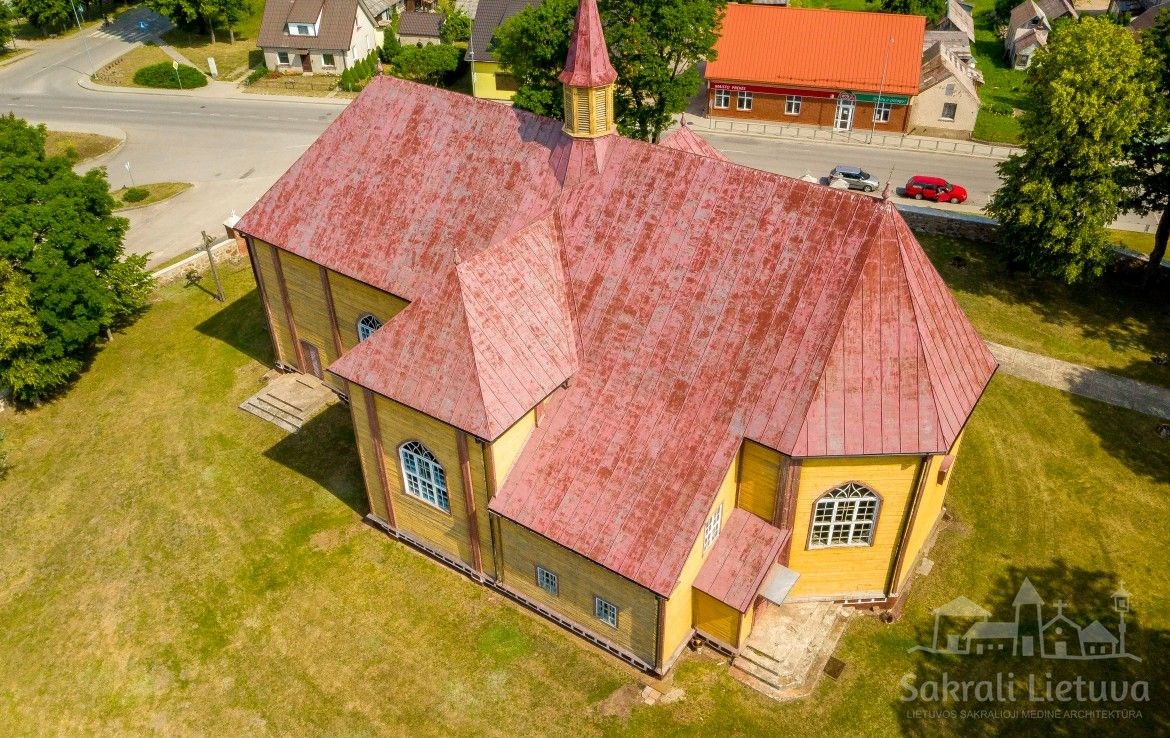 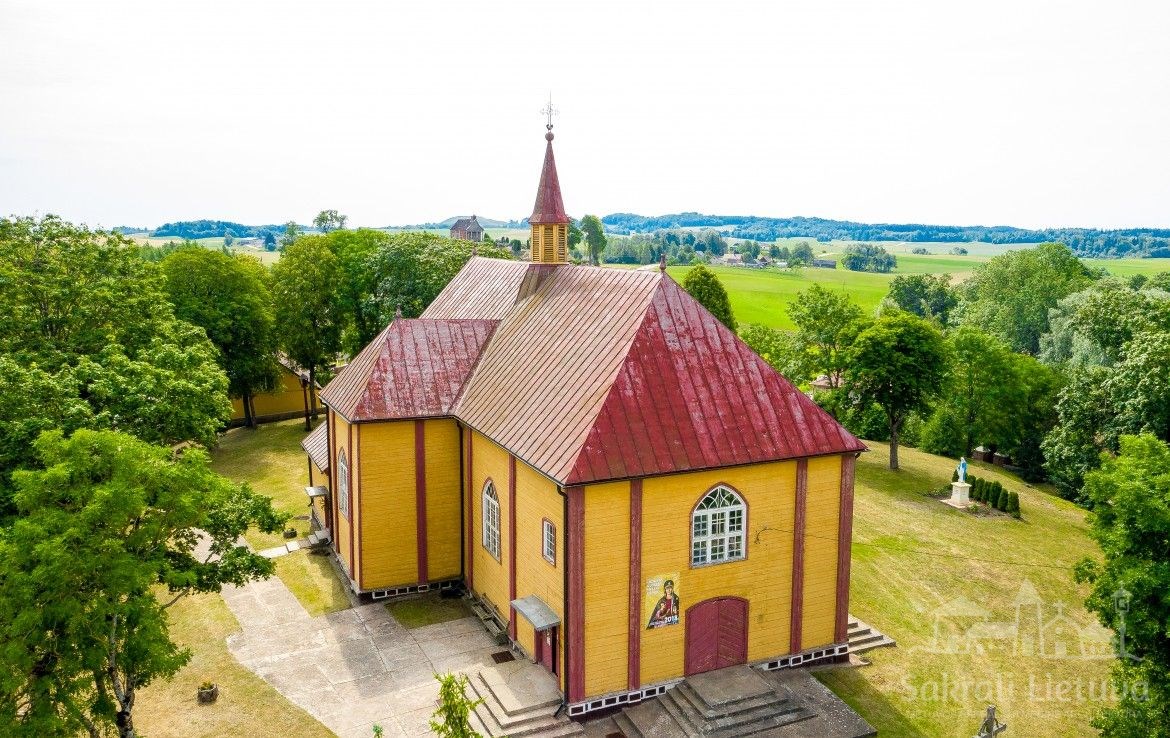 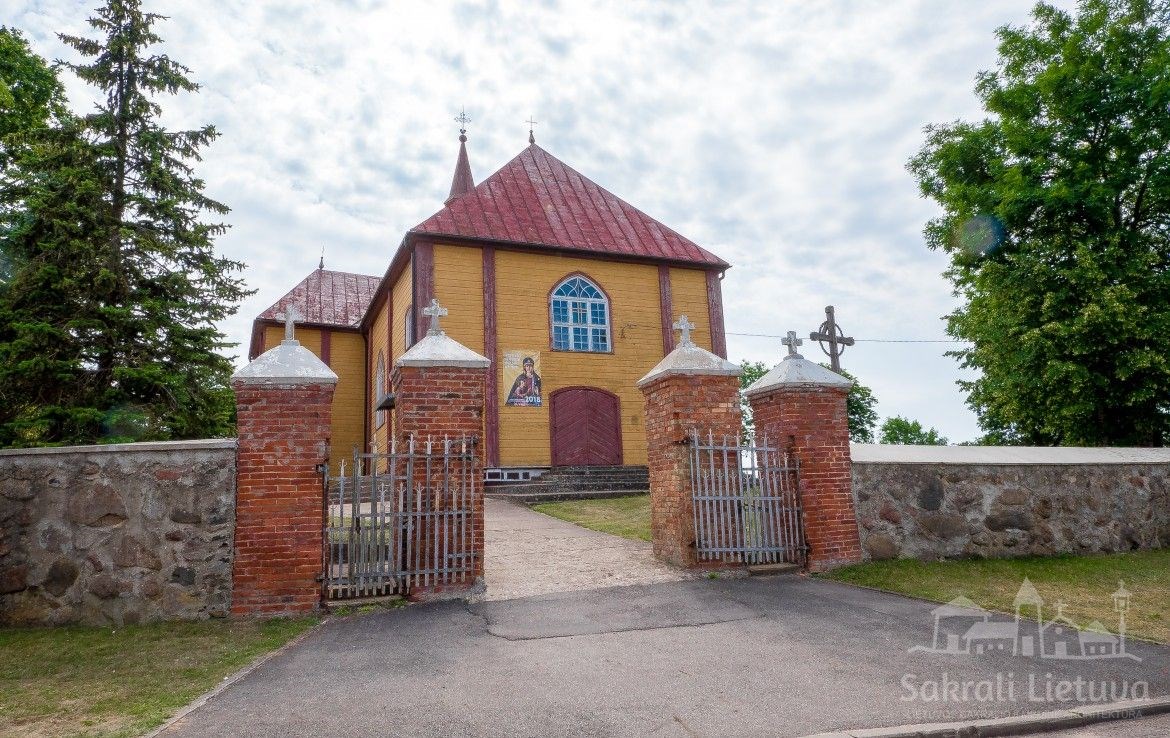 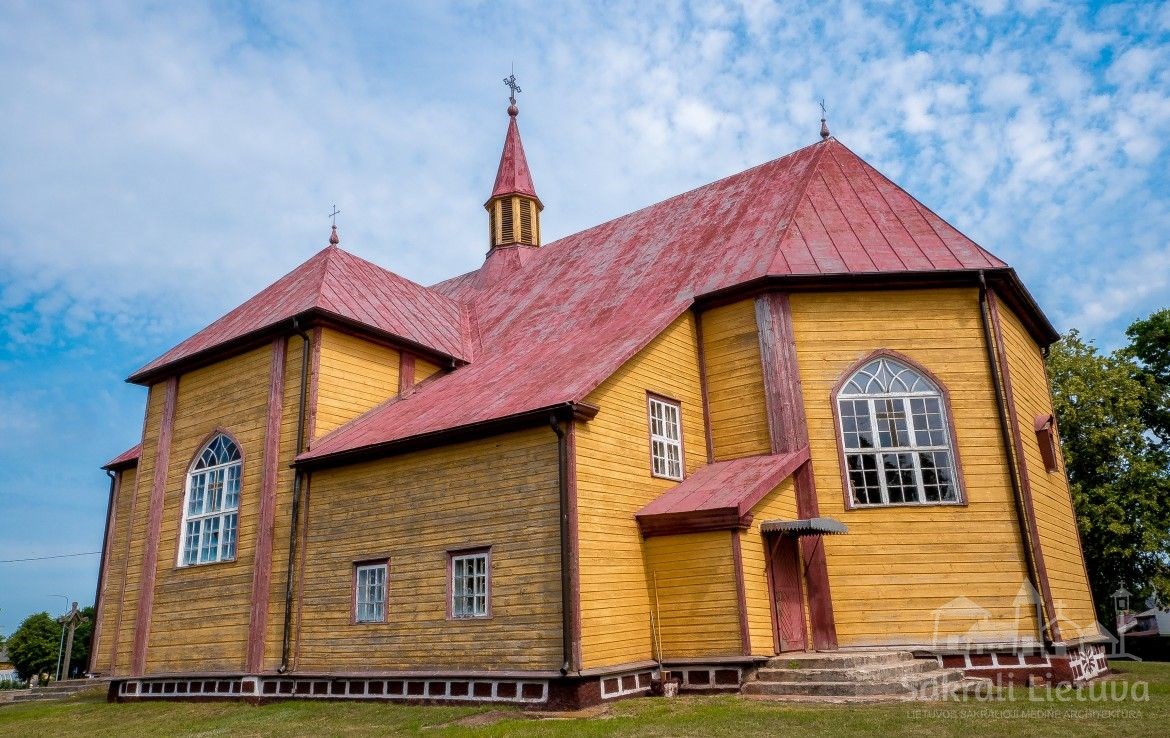 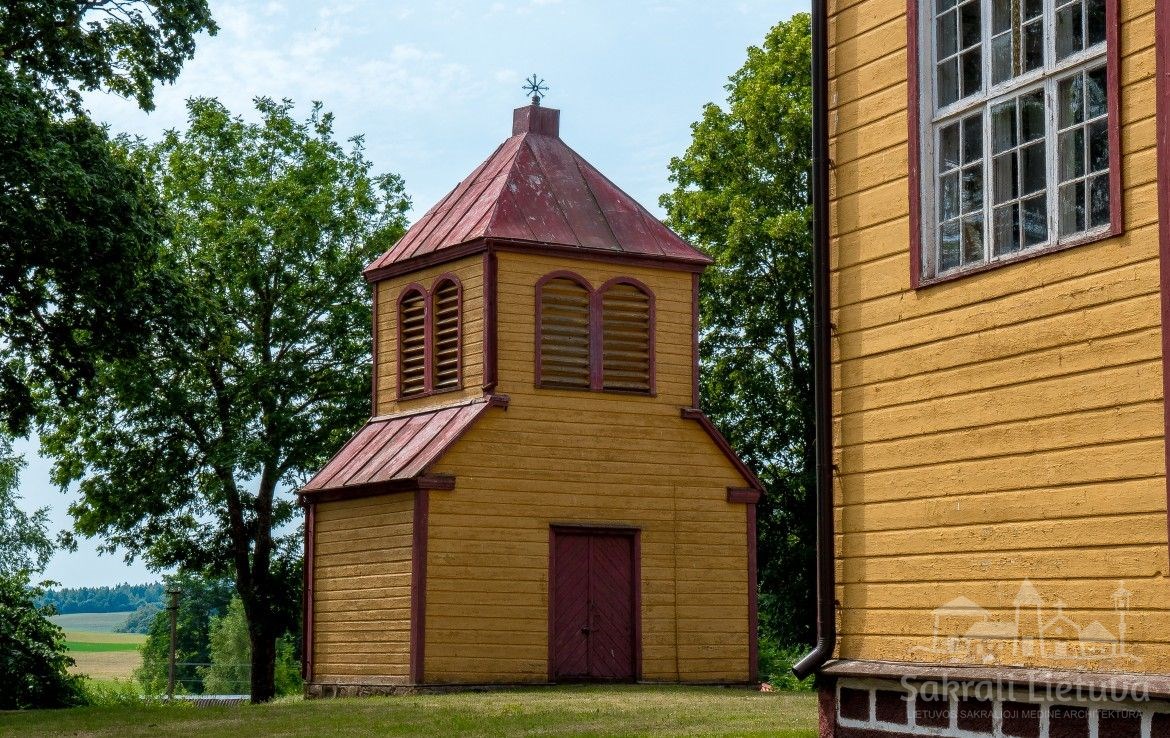 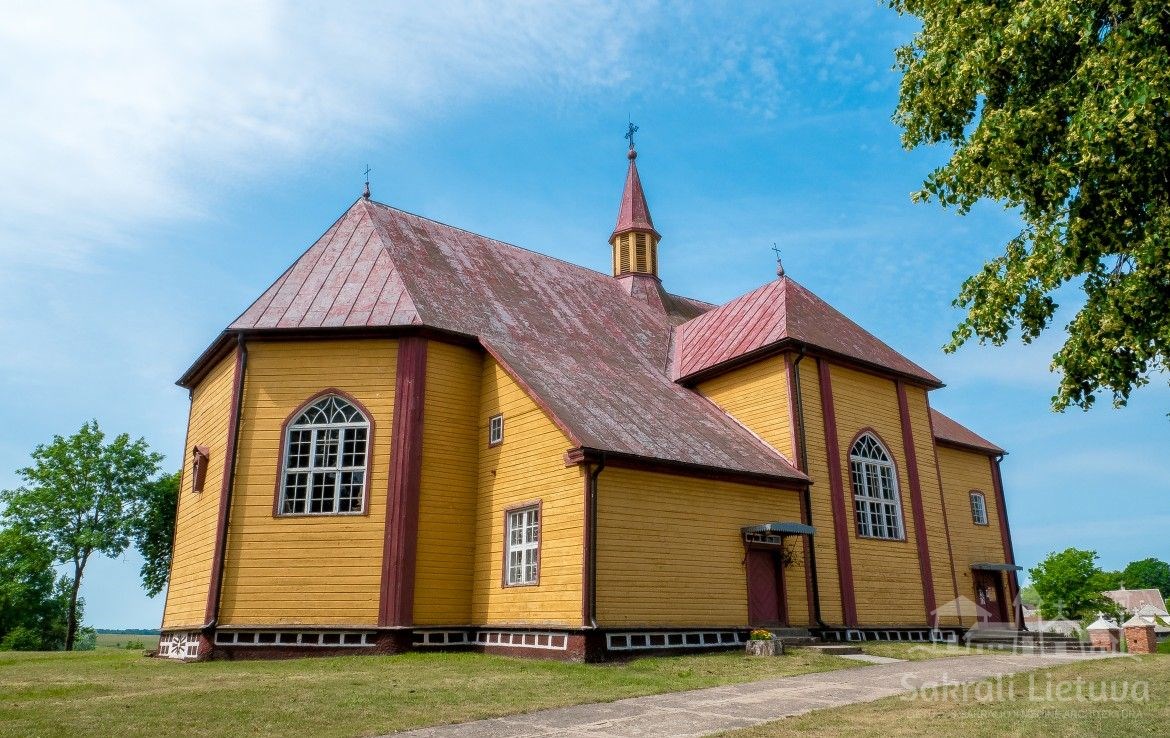 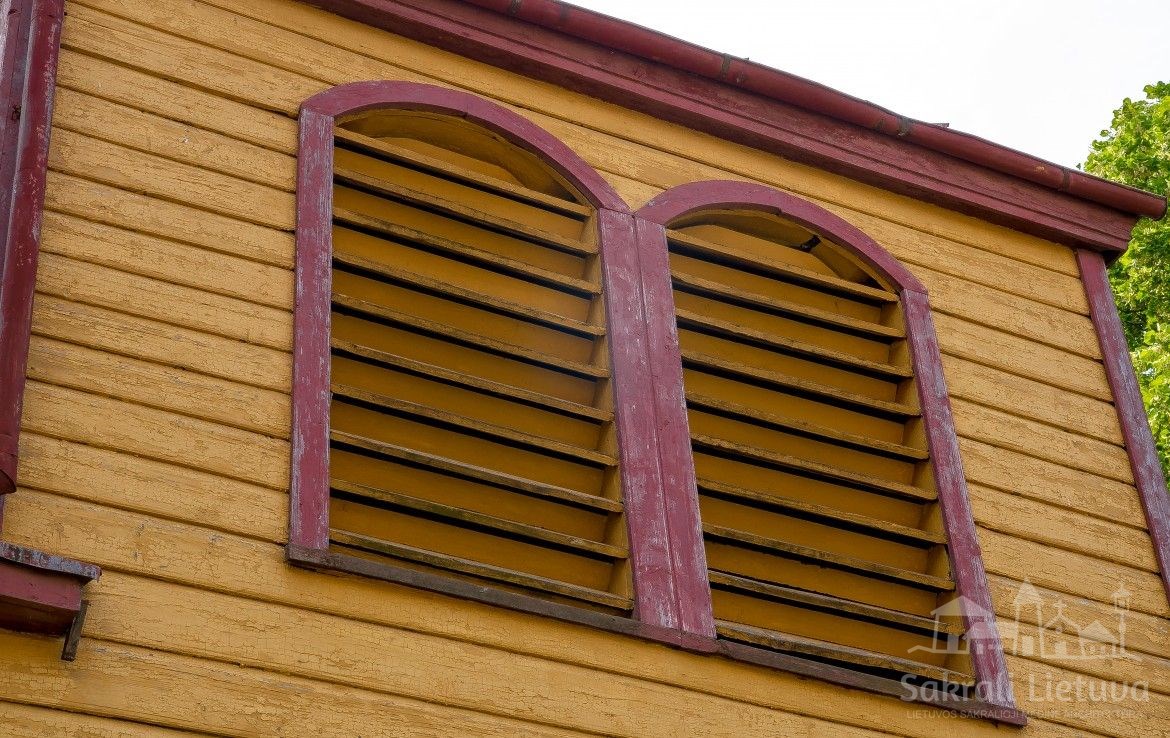 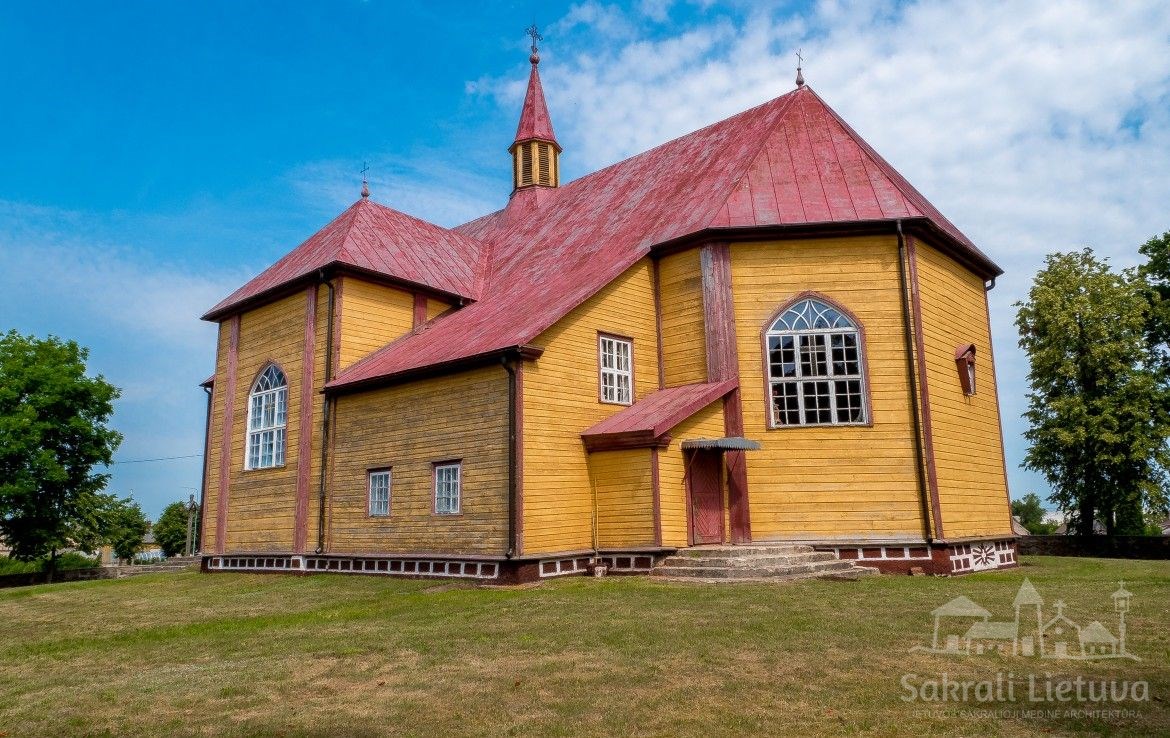 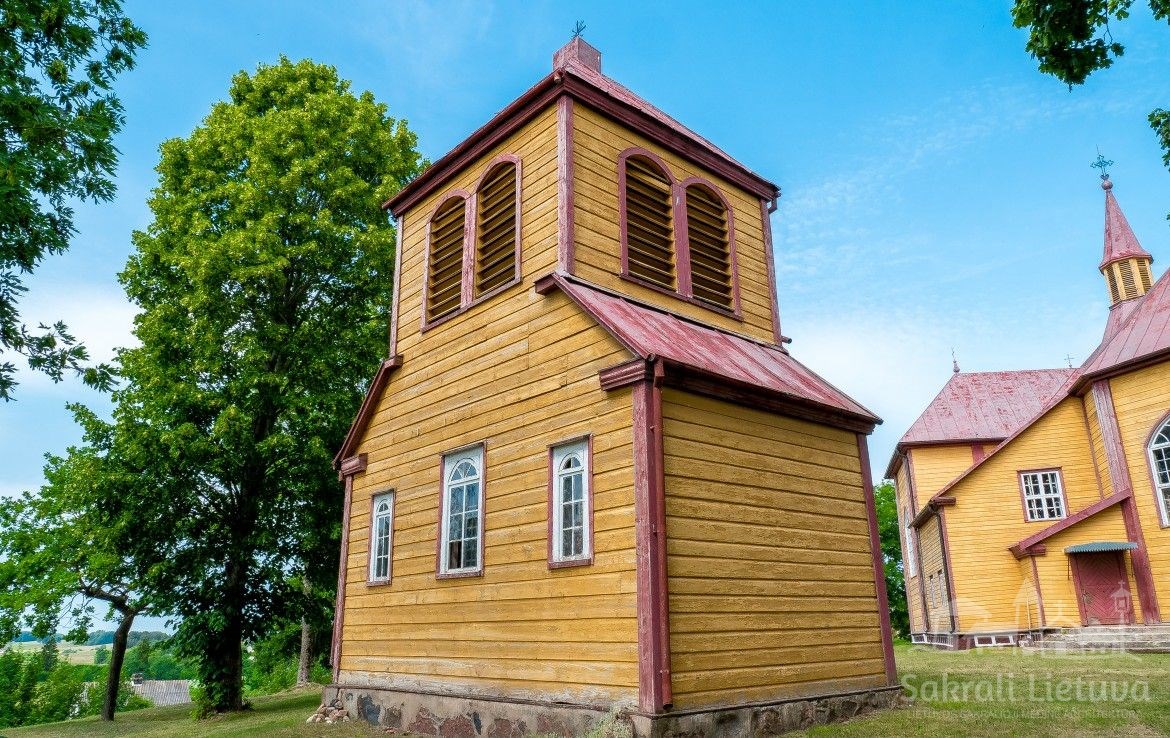 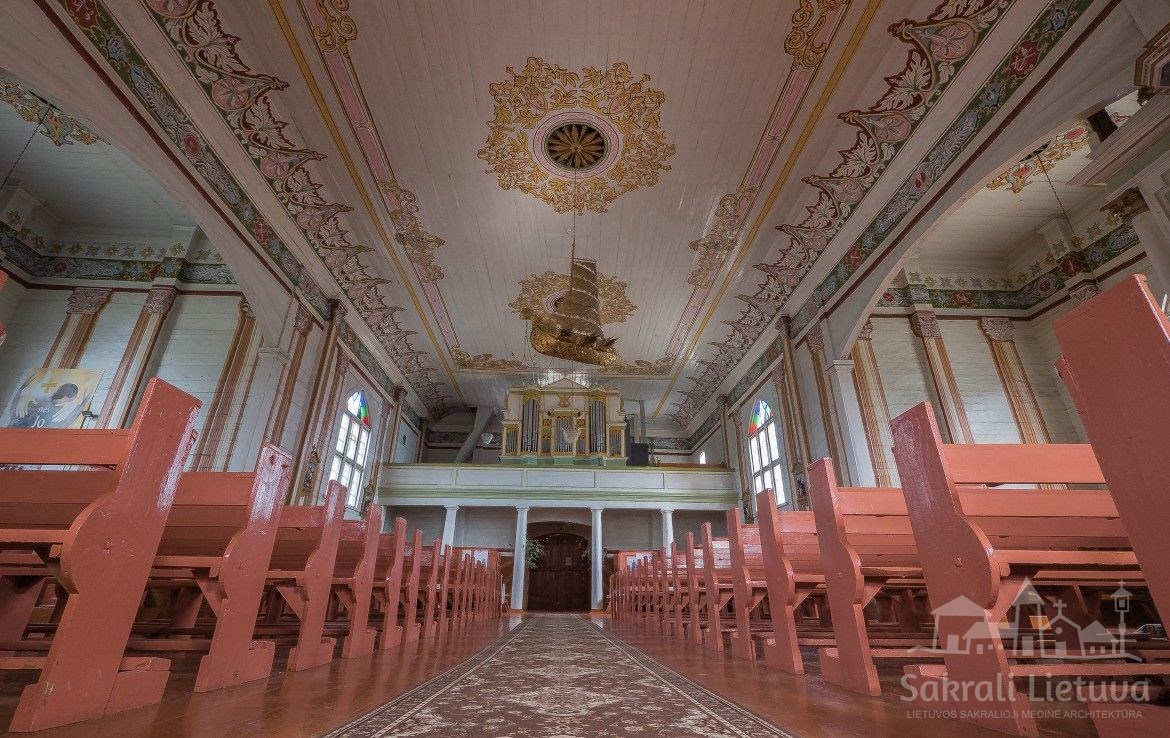 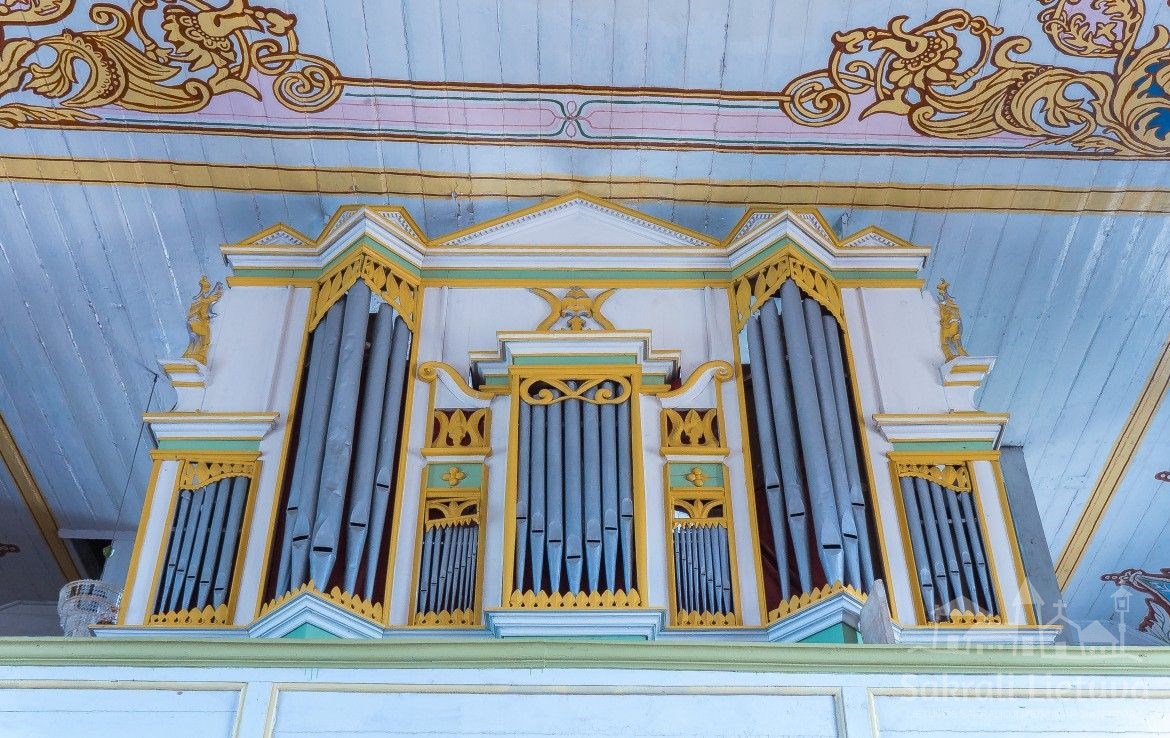 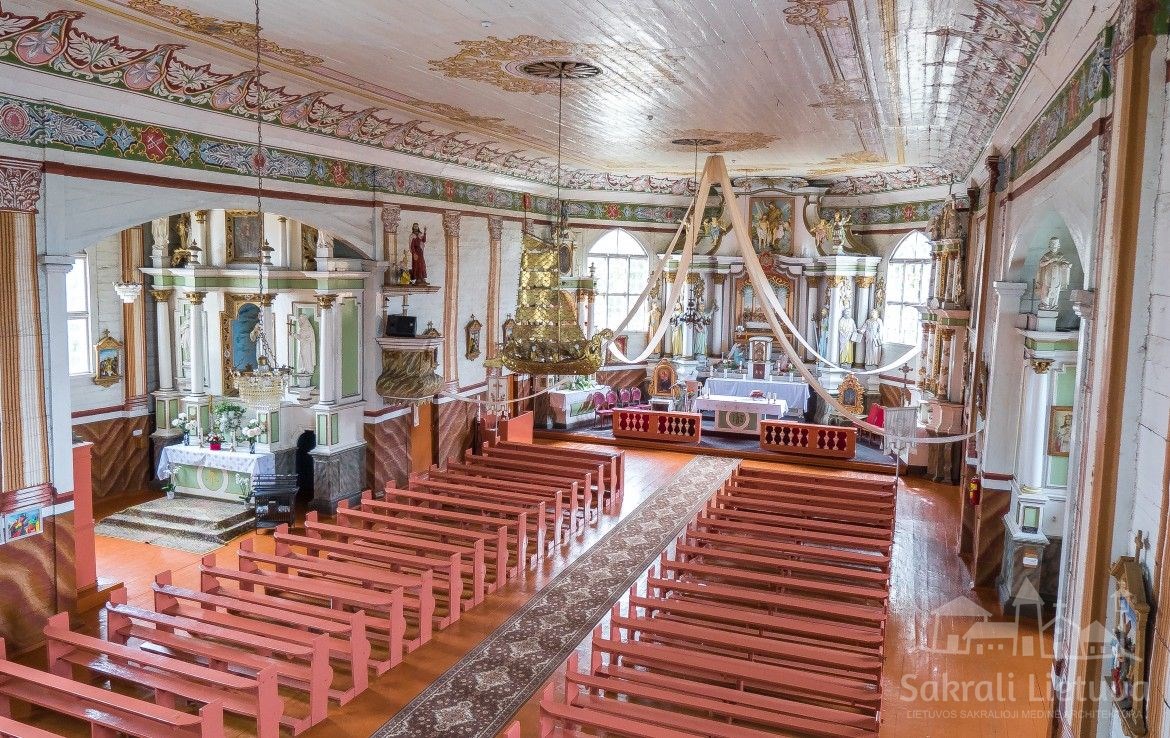 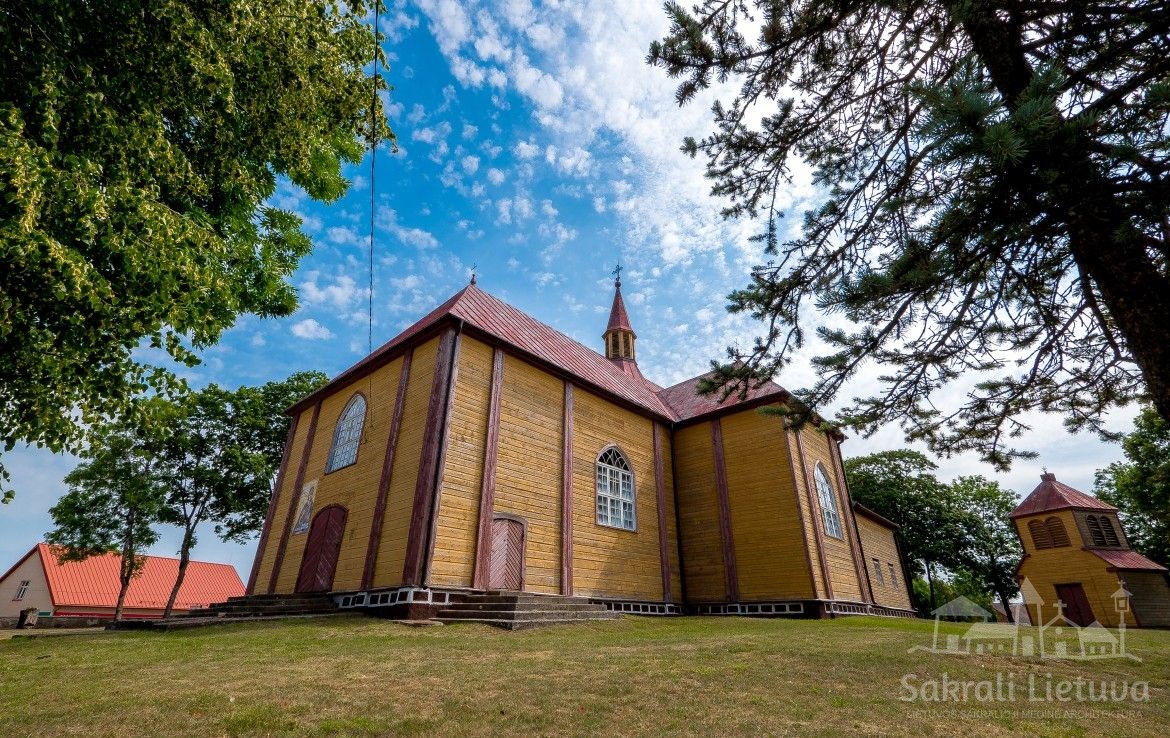