Church of St. George and Belfry of Kurkliai

In 1700, the Lithuanian politician, writer and landlord Kristupas Zaviša built a church of St. George in Kurkliai. In 1781, the church was enlarged, and a parish was established. As time went on, the number of parishioners increased, thus the small church no longer met the higher needs. The condition of the long-unrepaired church deteriorated, thus building a new church with a belfry was decided. In 1874, under the leadership of priests D. Jablonskis, V. Matusevičius, the existing church was built. In 1908, the church was overhauled . In 1998, a fire broke out in the church and the altar burned down. In two years the church was renovated, and a new altar was made.

Kurkliai Church has features of Classicism, neo-Renaissance style and folk architecture. The church, built on a stonework plinth, is of a Latin cross layout and has a presbytery incorporated into the overall volume, and a five-wall apse. The church transept is lower than the central nave. The roof is three-sided, covered with sheet steel, and two-sided over the ends of the transepts. A tetragonal turret with a small and wide, pyramidal roof covered with sheet steel and a cross is incorporated next to the main facade. The latter is decorated with a portico supported by four profiled wooden poles. The portico pediment is triangle-shaped, with profiled, tooth-decorated thin panels on the sides. The pediment panel is decorated with a painted applique of the Most Sacred Heart of Jesus. The main entrance door is two-leaf with a semi-circular arched skylight with decorative partitions. Two large rectangular windows with semi-arched upper parts are located on both sides of the door. Other church windows are of the same shape. The facades of the church are boarded horizontally.

The interior of Kurkliai St. George Church is painted in light colors, and the ceiling is sky blue. Colored stained glass windows glitter next to the central altar. The picture “Christ In Front Of Pontius Pilate” painted by a local artist in the 17th and 18th centuries and the picture “Mary with a Baby” painted by a local folk artist in the 19th century have survived to date in the church. The ante-nave is closed, the organ area is decorated with a small openwork fence.

Built in 1874, the exceptional church belfry is hexagonal in shape with three sections tapering upwards and separated by small roofs. The second section includes rectangular sound holes with semi-arched upper parts, shaped like the church windows. The upper section is decorated with carved openwork frieze. The polygonal roof is covered with sheet steel and topped with a cross. The bell of the belfry was cast in Novgorod Governorate, the date of its making is unknown.
The fence of the churchyard is made of stonework and includes a pole gate. A stone annex for flags is located next to the church. 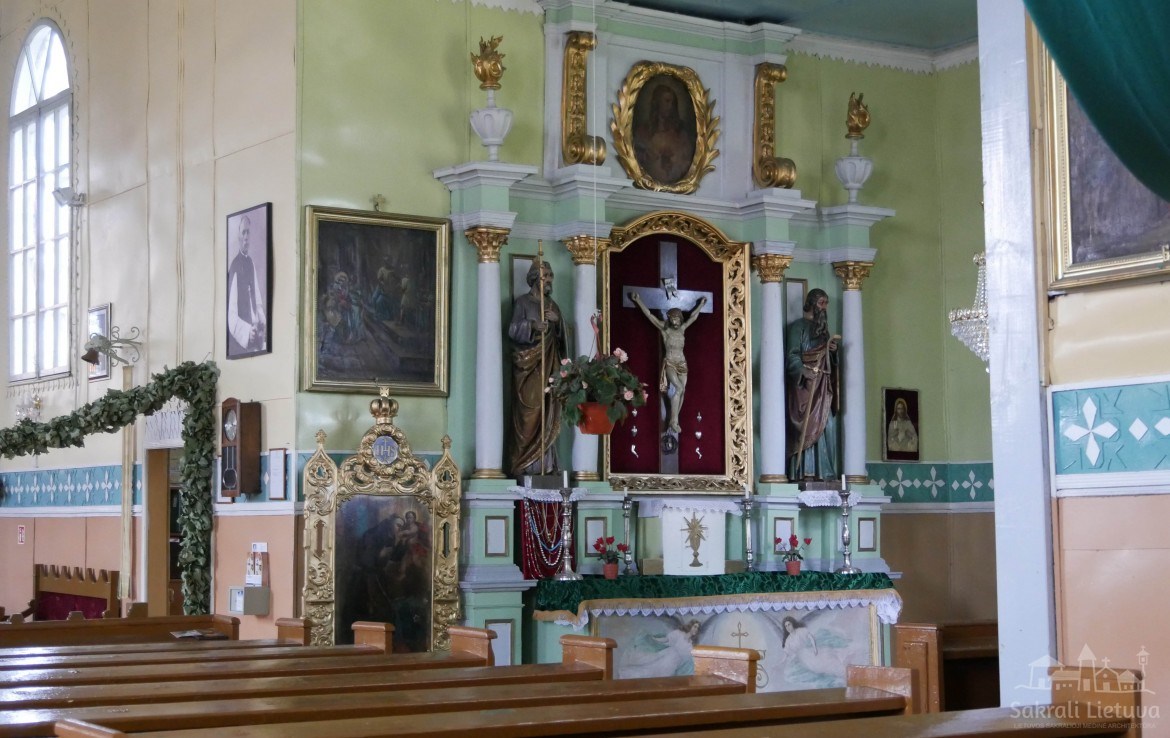 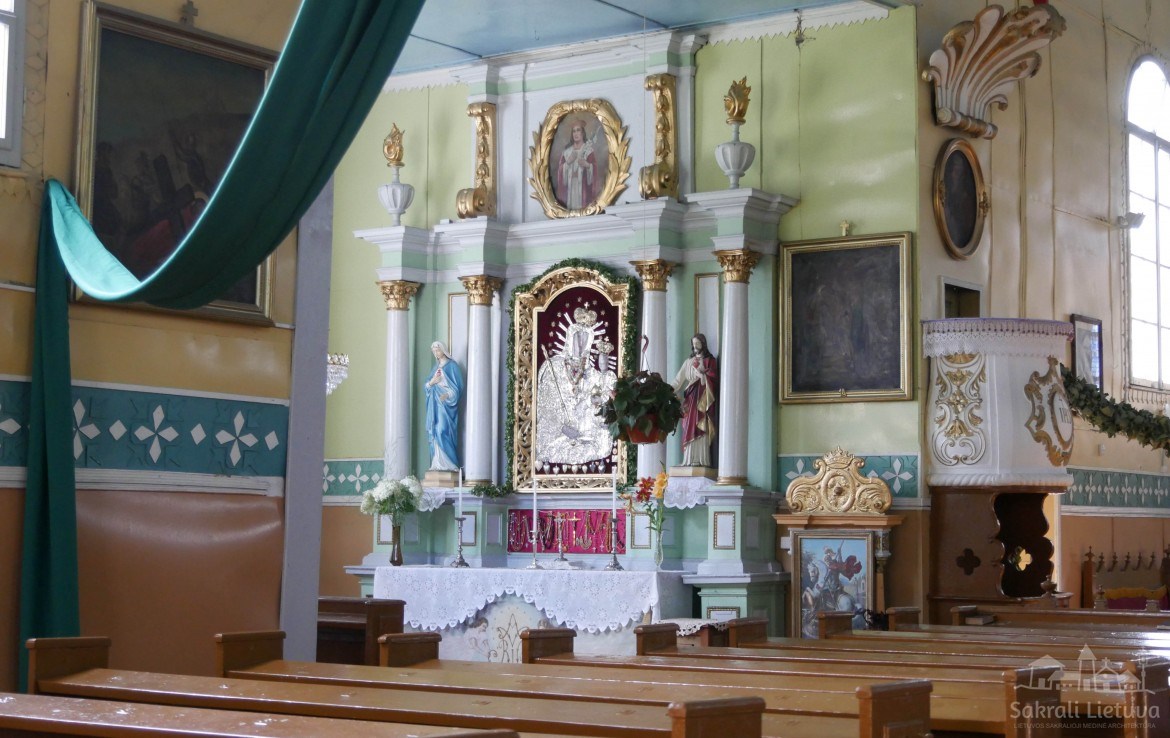 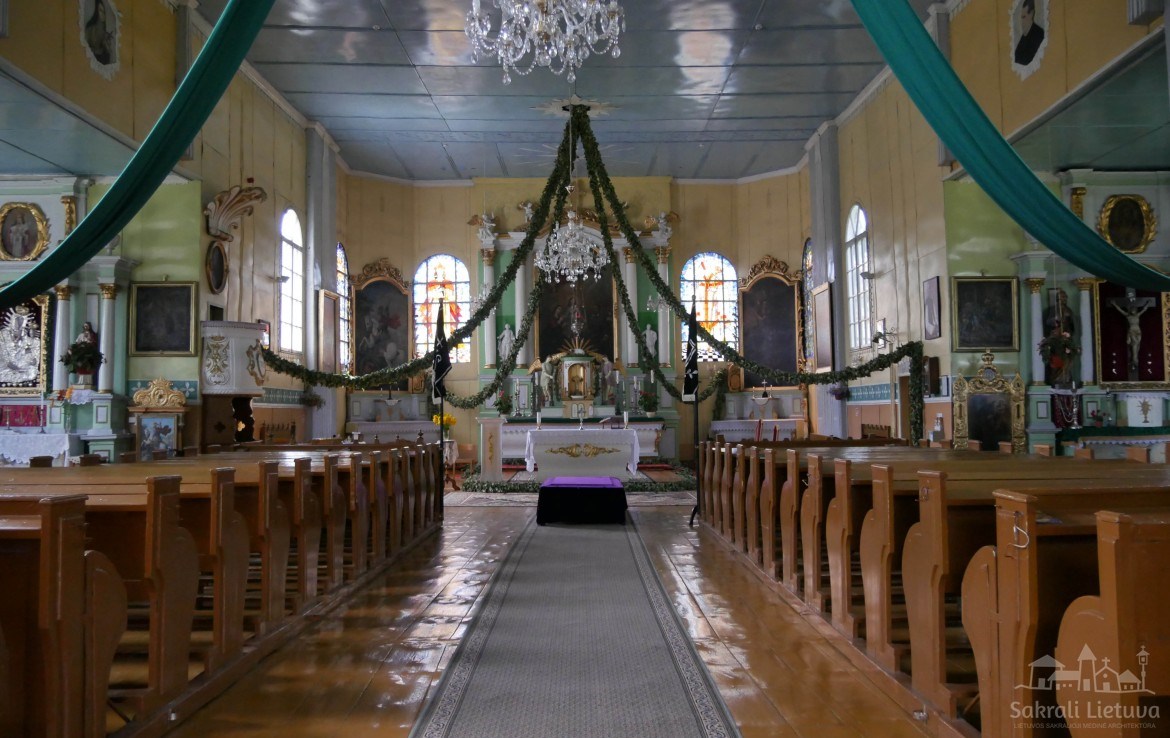 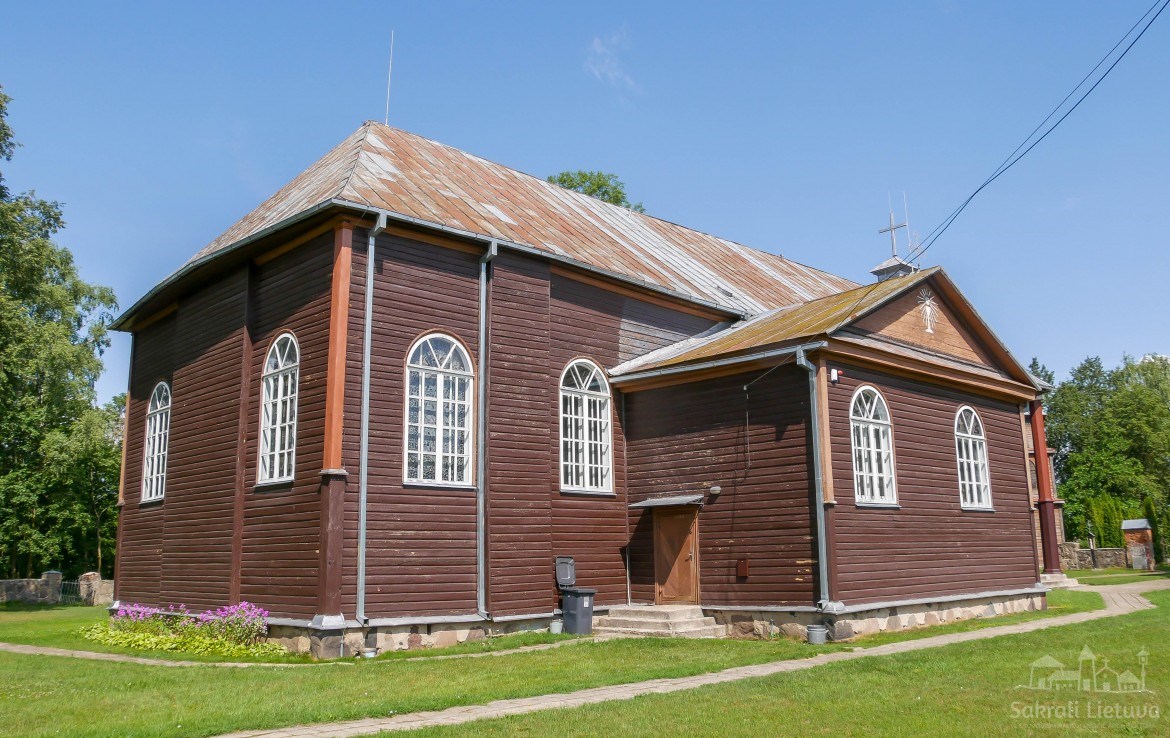 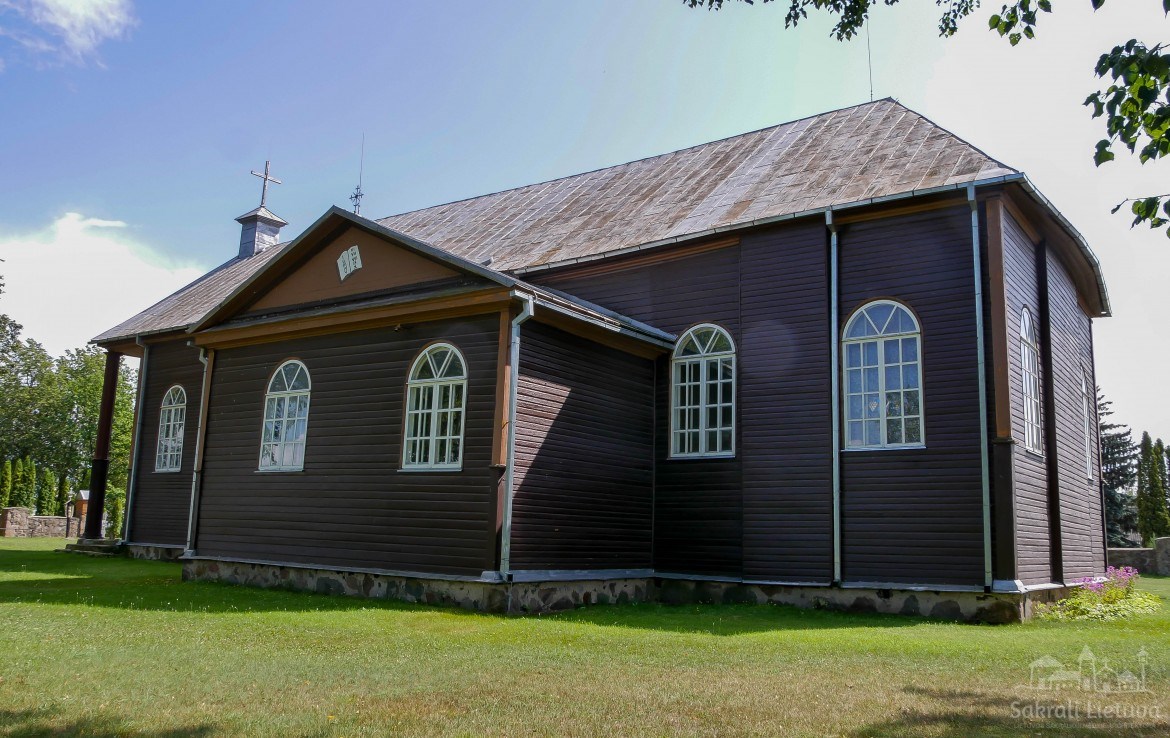 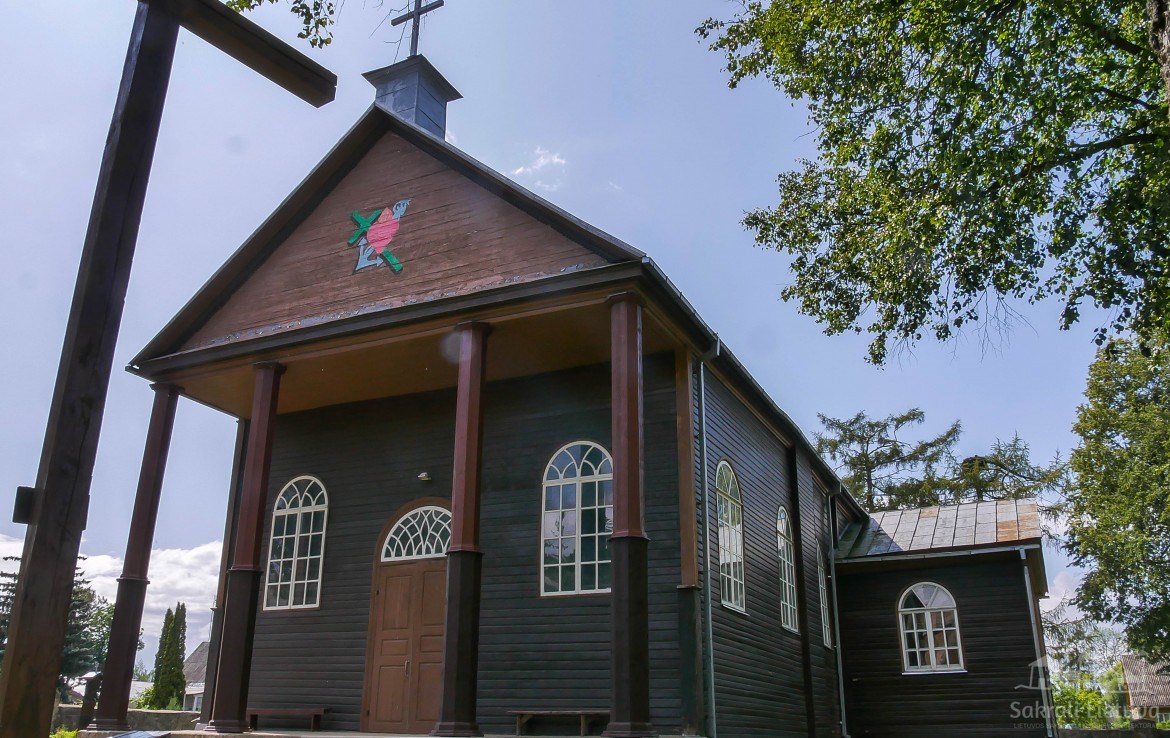 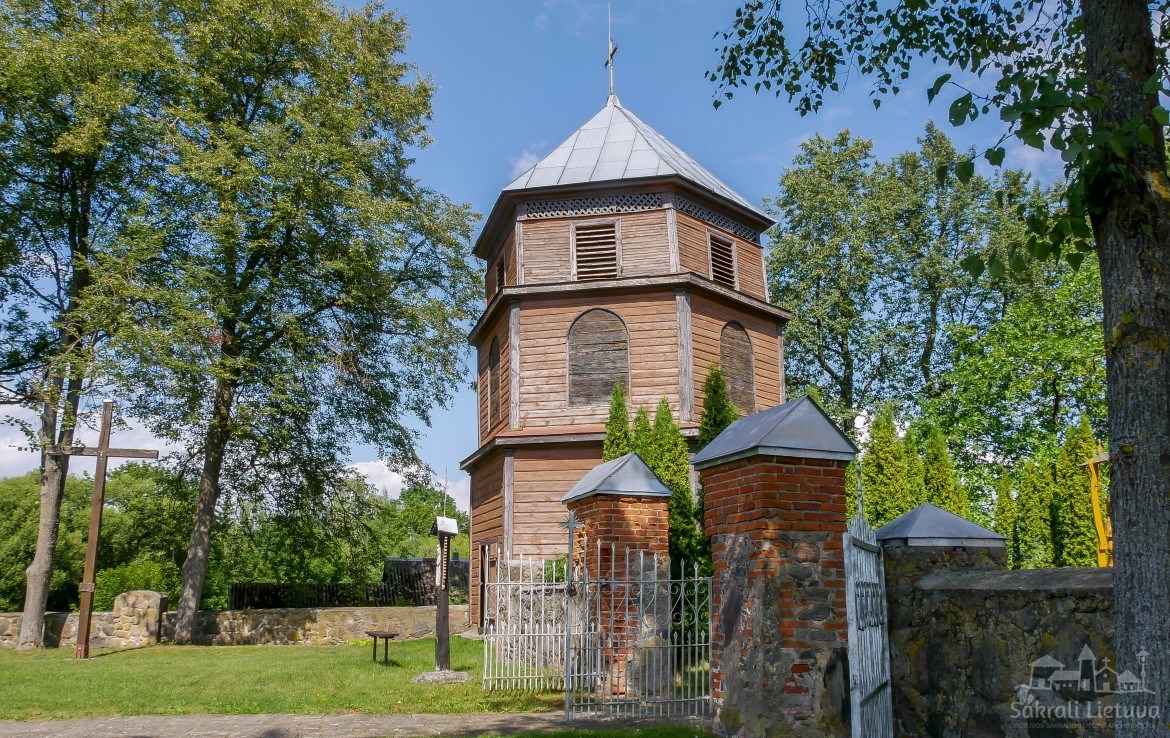 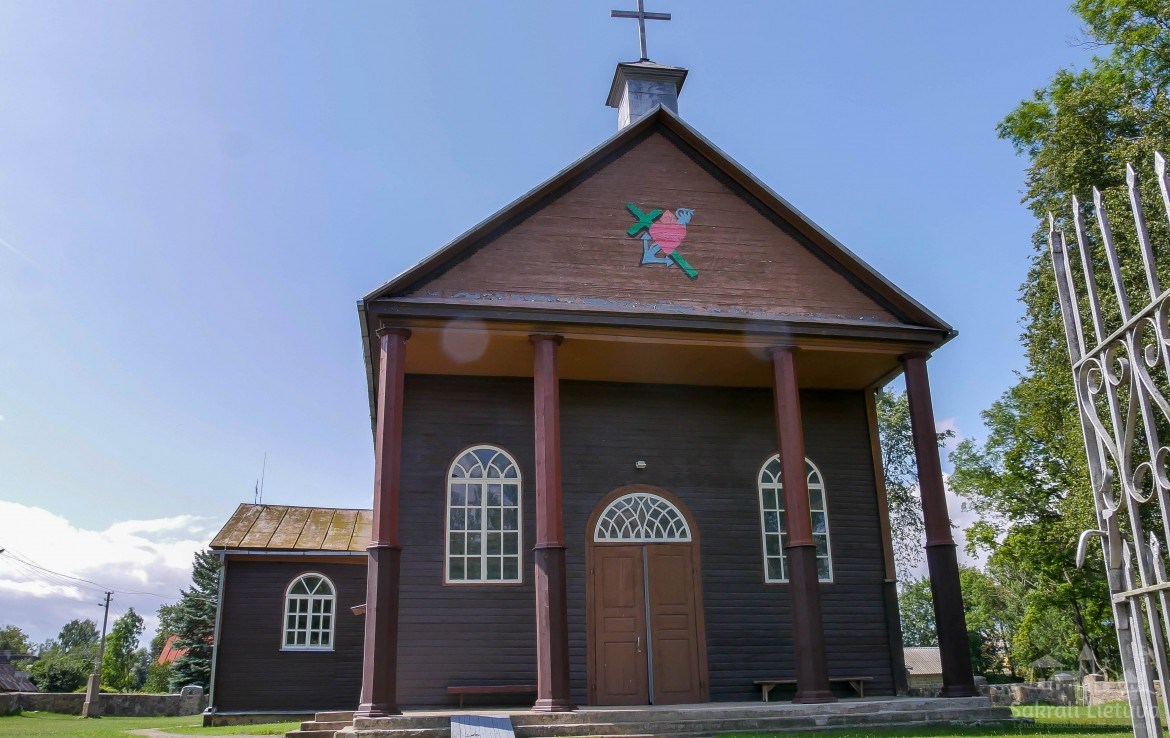 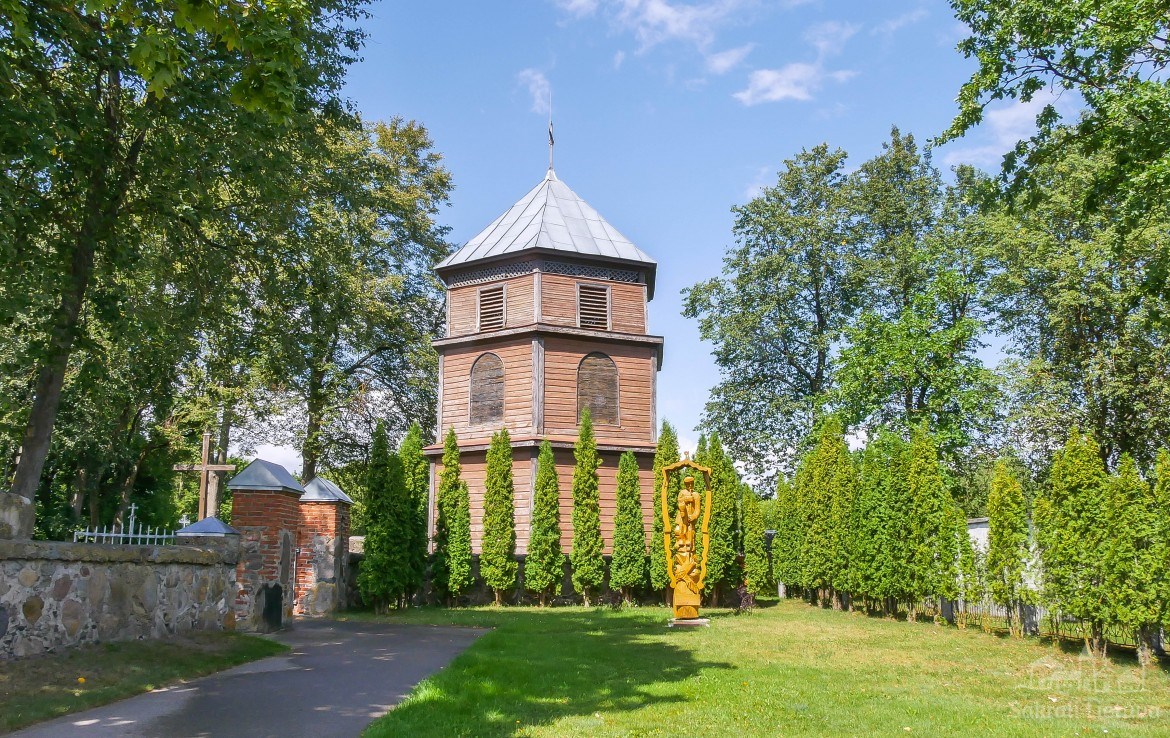 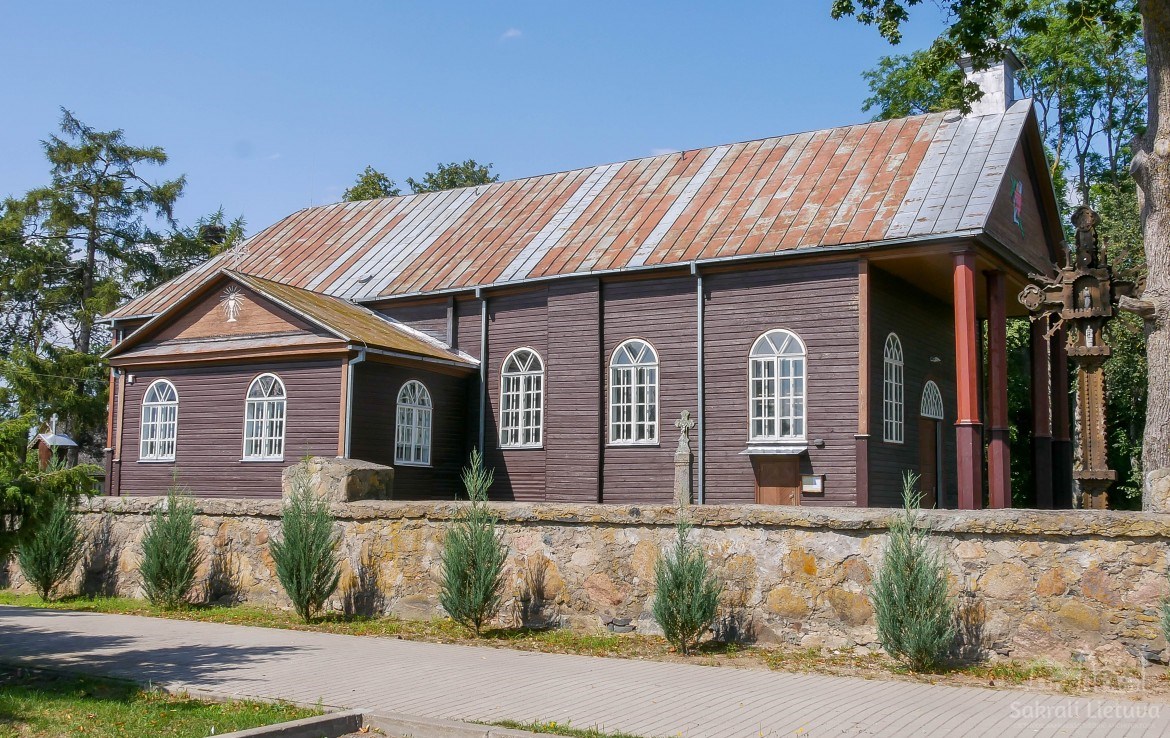 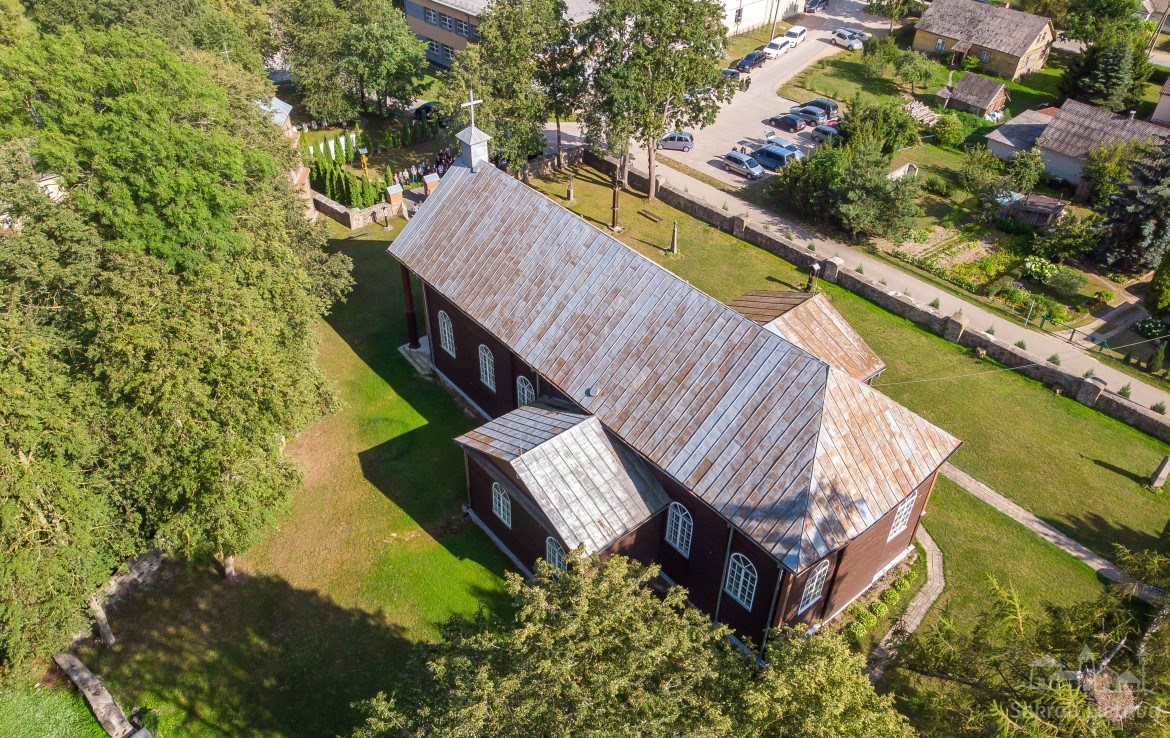 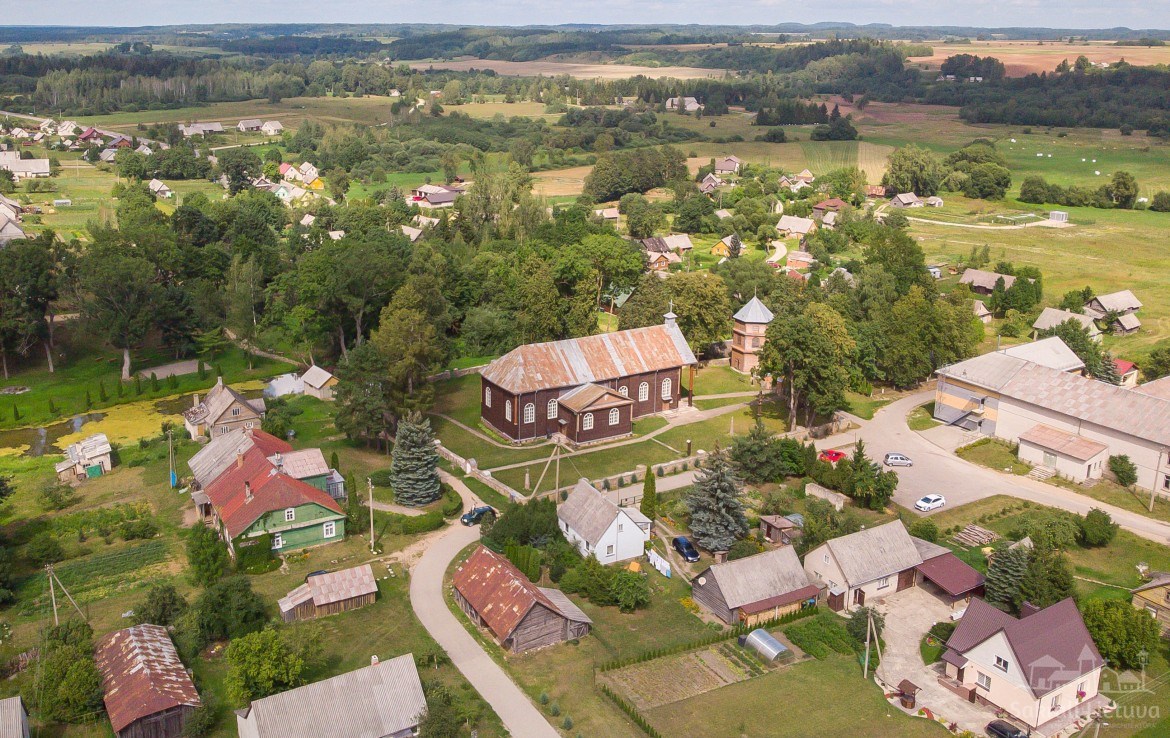 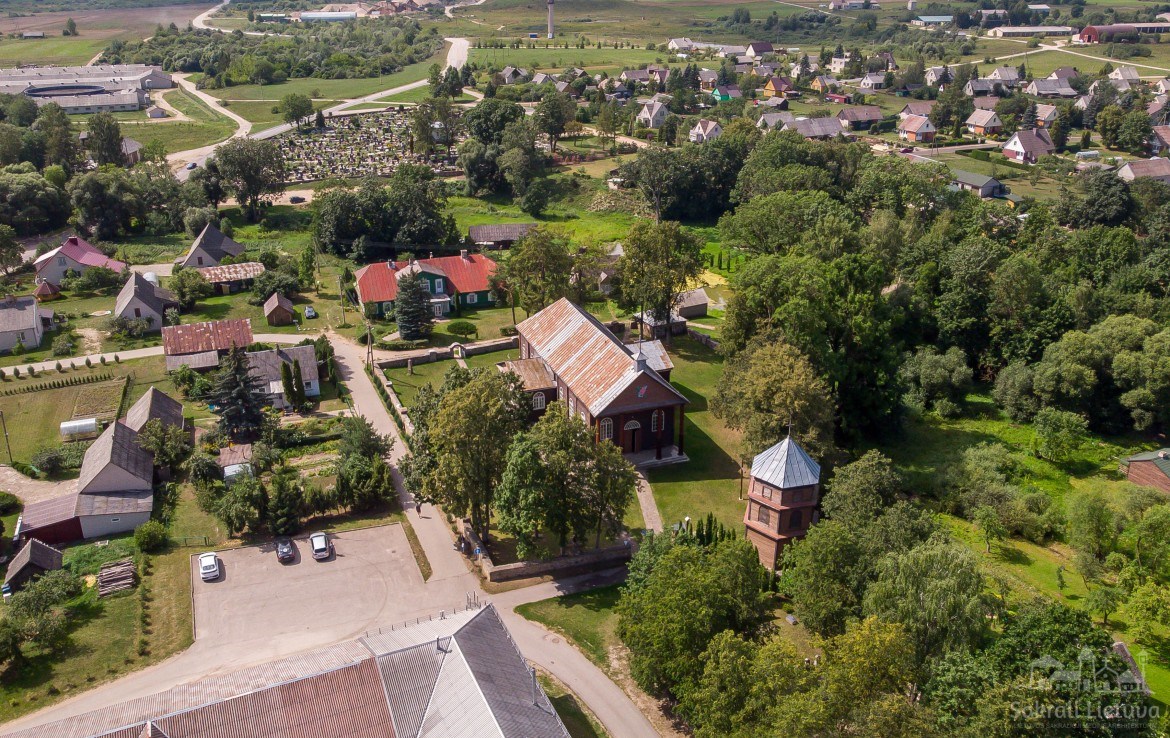