The small town of Kurkliai had a large Jewish community. Before World War II, about 90 Jews lived there, for whom the synagogue was both a prayer house and also an important place for community gatherings. The wooden Kurkliai Synagogue was erected during the period of the first independence in Lithuania, in 1936, based on the design by the architect Povilas Jurėnas. While the architecture of the 1930s was strongly dominated by strict geometric forms typical to Modernism, the functionality of the buildings, and the moderation of the décor, the follow-up of Historicism stylistics was still seen, especially in sacred buildings. The architecture of these buildings is quite eclectic: both medieval architectural forms and stylized elements of Classical order or folk Baroque are used, and even details typical of Moorish architecture may be found.

The volume of Kurkliai Synagogue with its elevated corner part is very similar to that of the 18th century wooden synagogues . The building is compact, with modest décor typical of the interwar period, and a reasonable interior layout. The walls made of hewn logs are installed on a masonry plinth, and joined joints at the corners. The two-storey part of the women’s room is marked by a slightly elevated facade plane imitating a turret, with an internal staircase installed on the left side of the porch. Only the turret exterior is boarded with planks, so the structural wall elements are perfectly visible. The facade planes are divided by vertical brackets, the windows of the men’s room end with triangular tops, and the windows of other walls are rectangular with wooden edging and triangular dripstones. The gambrel roof covered with sheet steel is four-sided, as is typical of the buildings of modernized forms of the period, and the turret is covered with a pyramidal four-sided roof.

As memoirs read, this synagogue was once seen from afar, as the tall building stood out among the small houses of the town, and the interesting door of the synagogue and the unusual rounded windows with colored glass reminding stained-glass used to catch one’s eye. The synagogue lost its beauty and original purpose after World War II. In the rear facade, a wide two-leaf door for heavy machinery access was cut out during the Soviet era, to adapt the sacred building to the economic needs of the collective farm and converting it into a warehouse, a barn. At that time, the previously ornate stained-glass windows were also boarded. 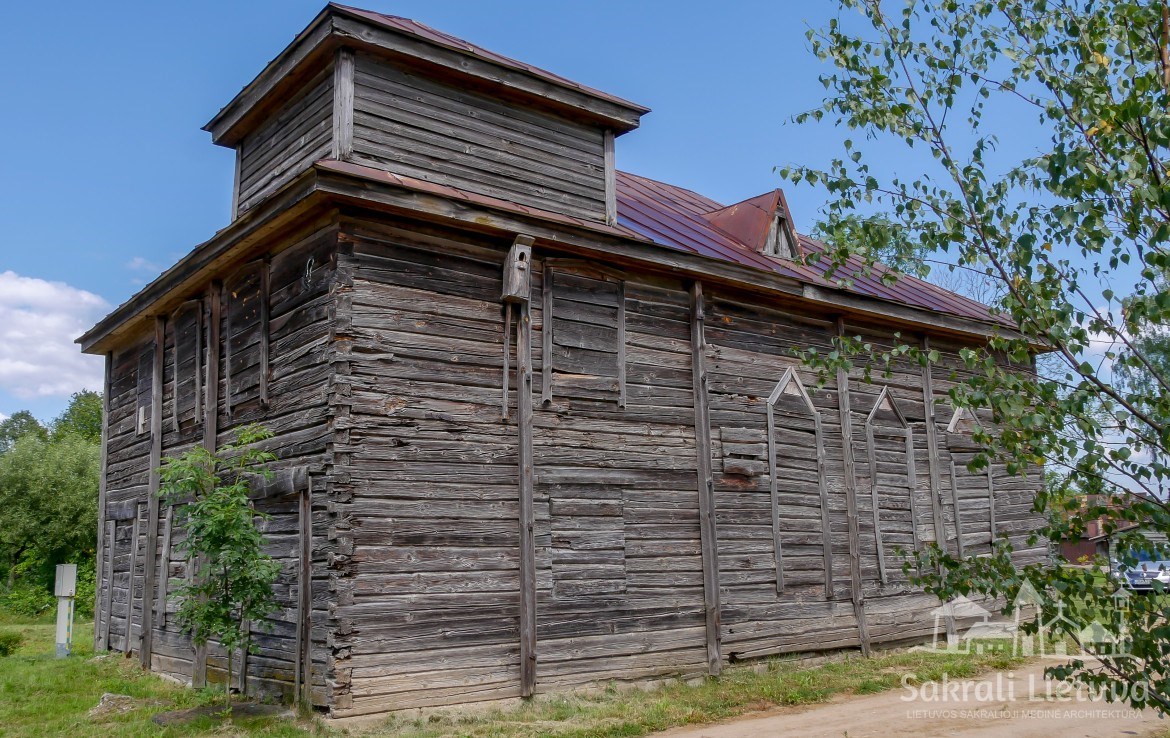 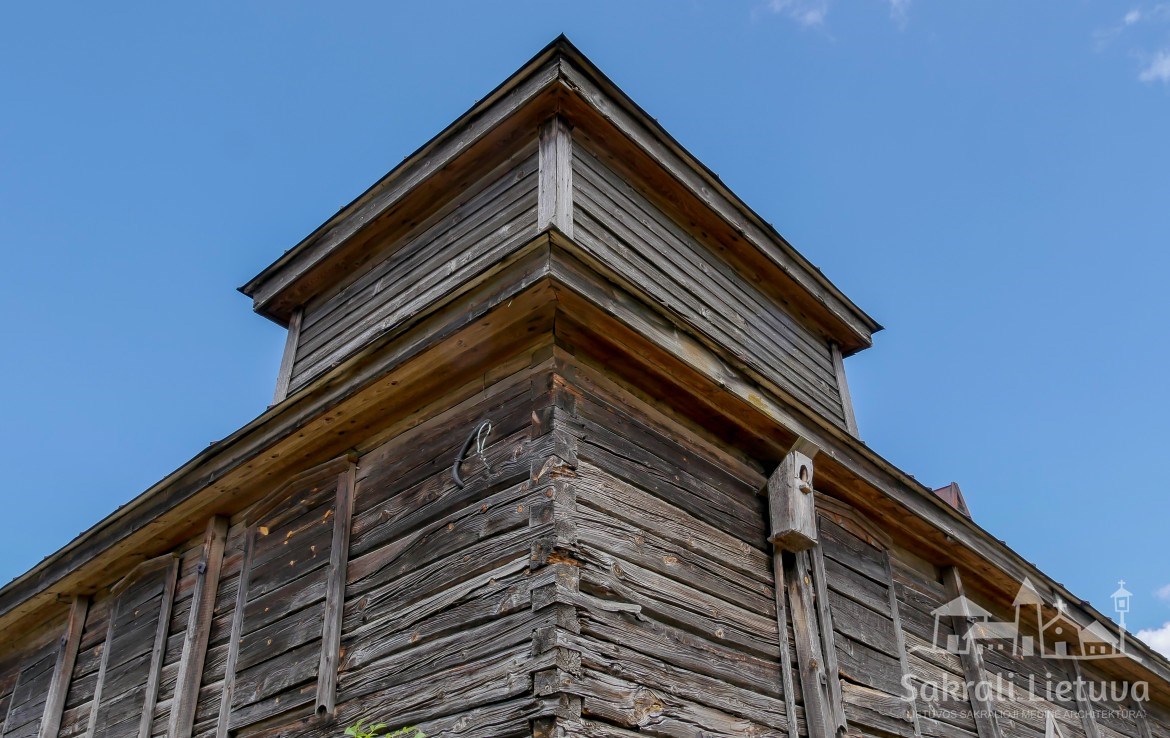 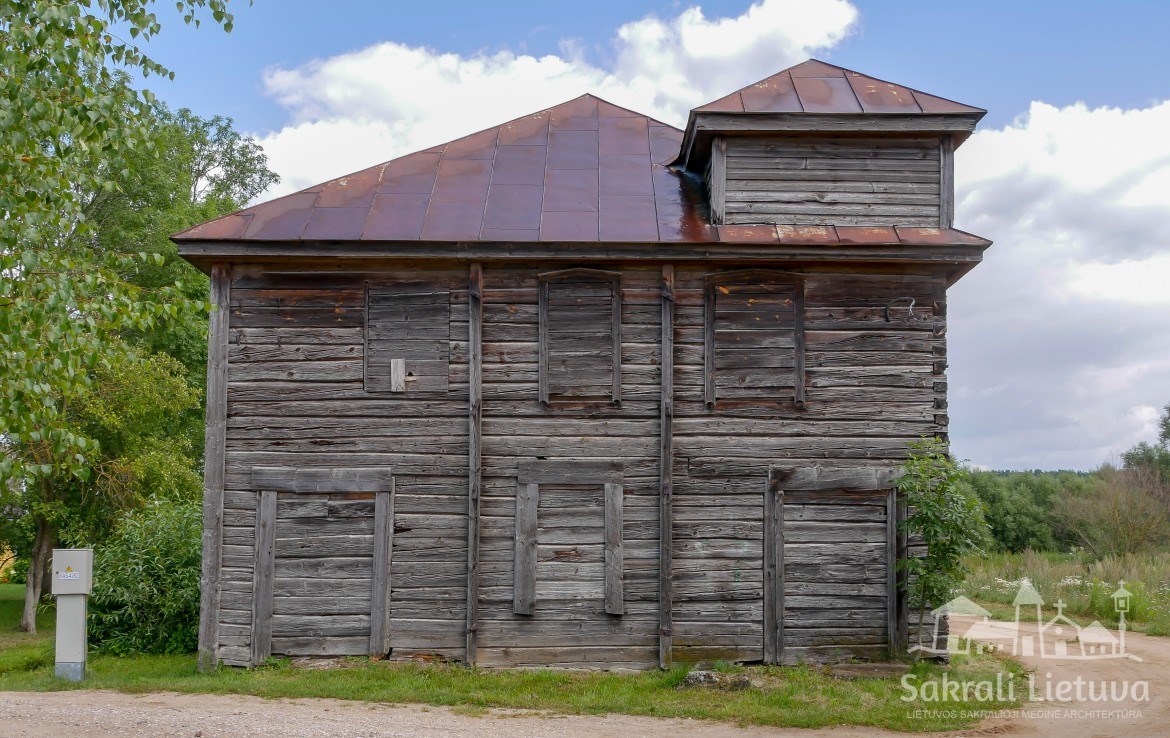 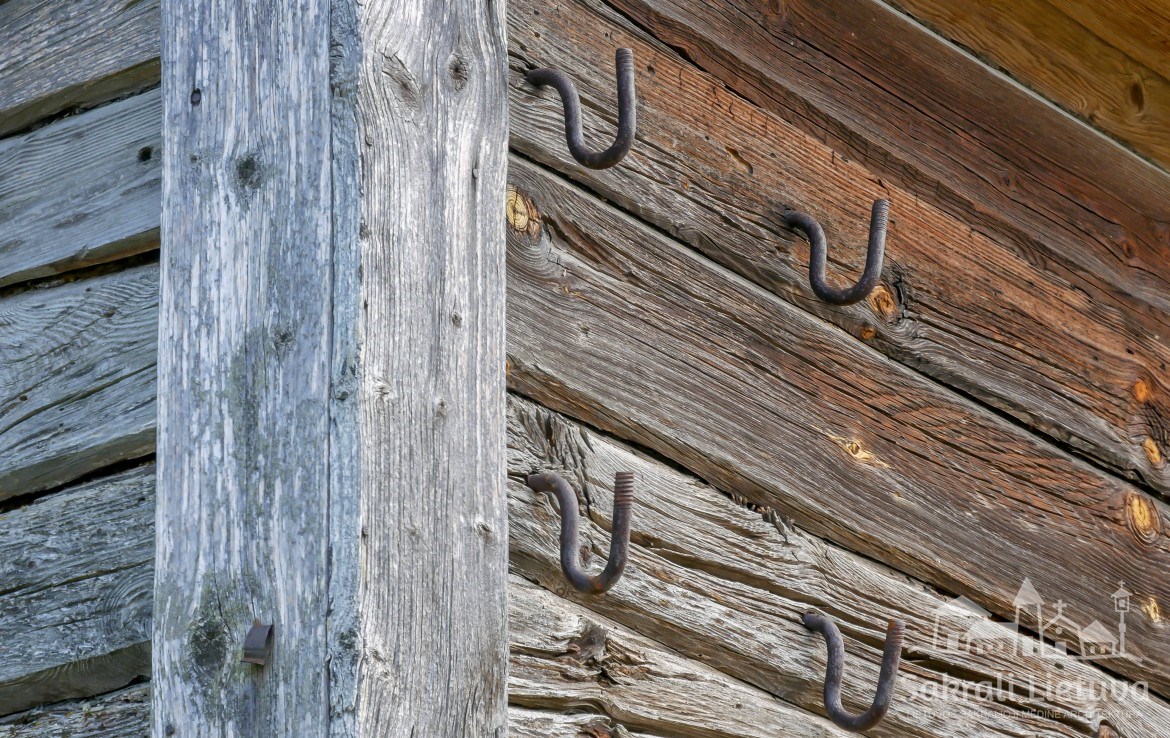 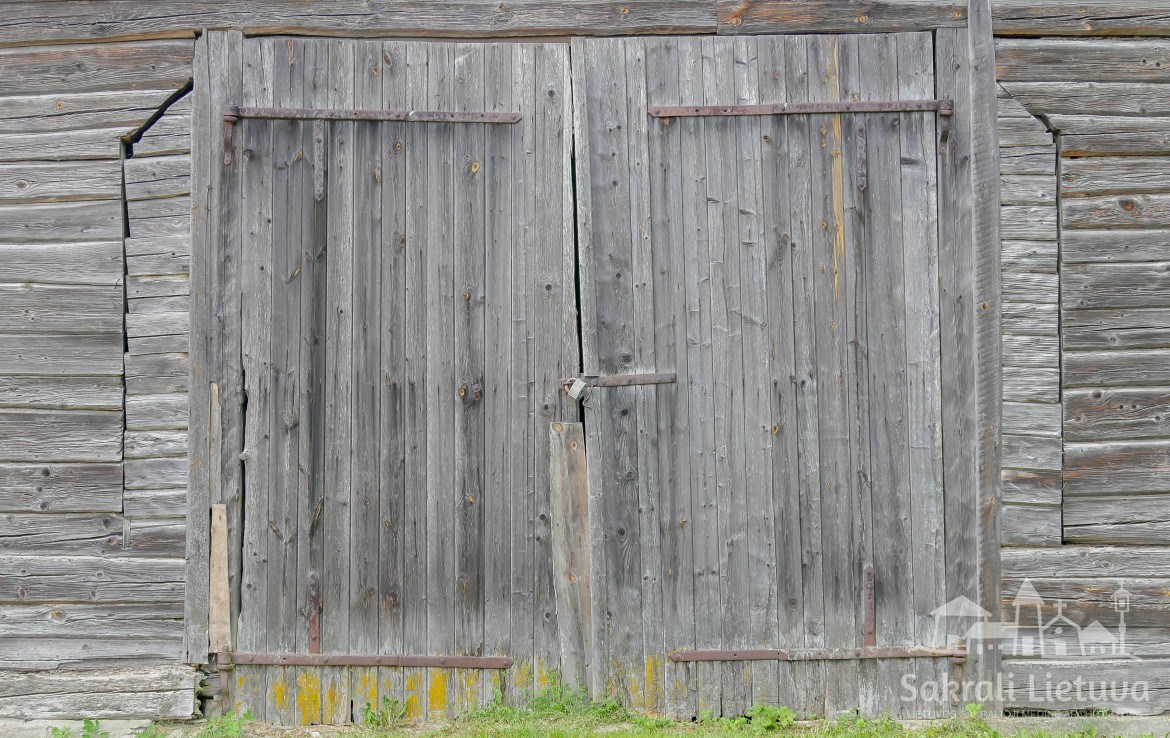 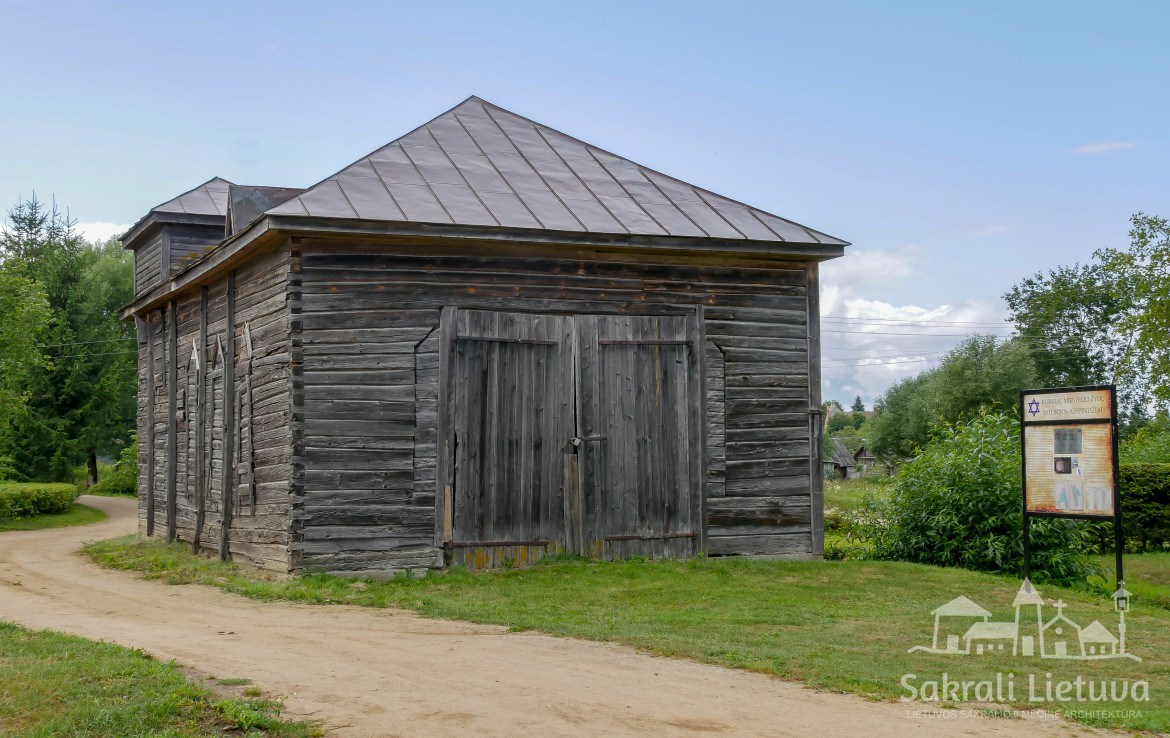 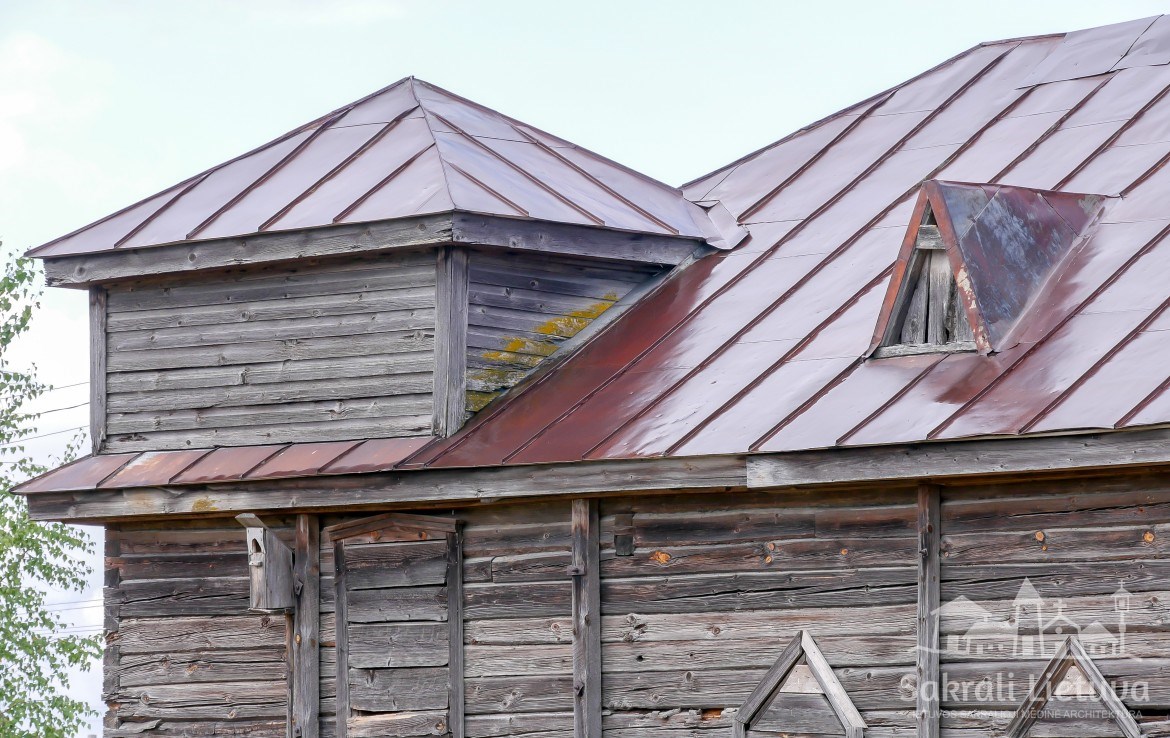 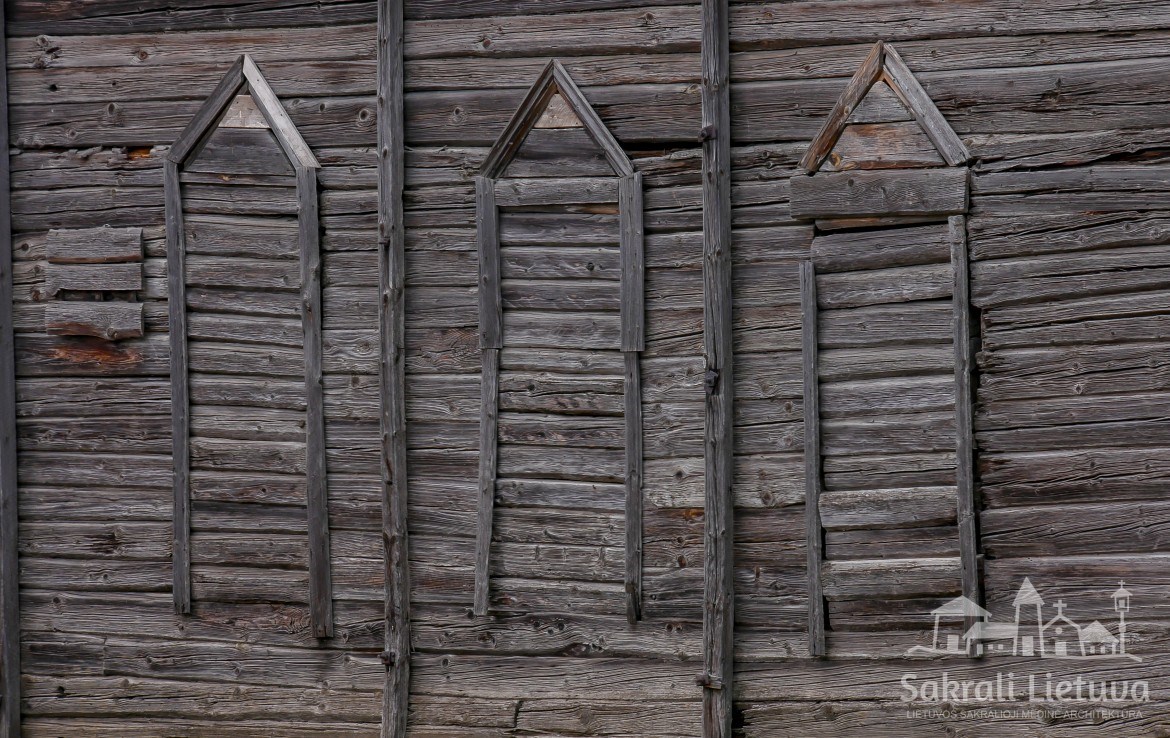 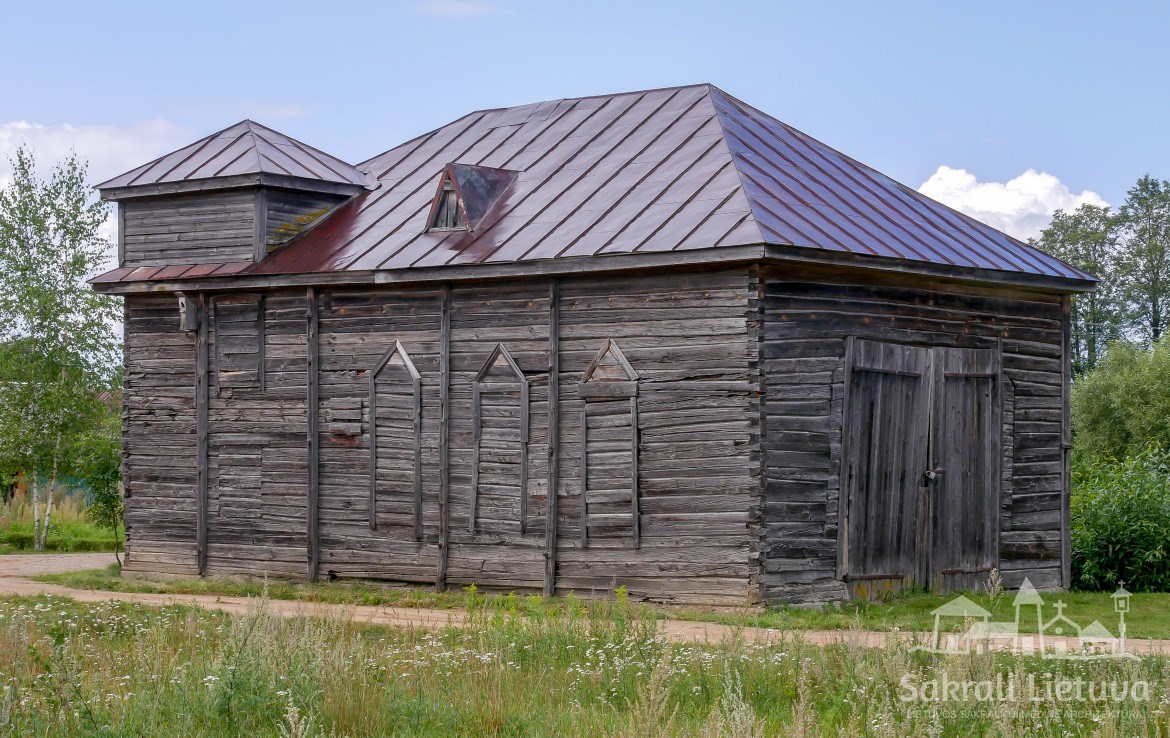 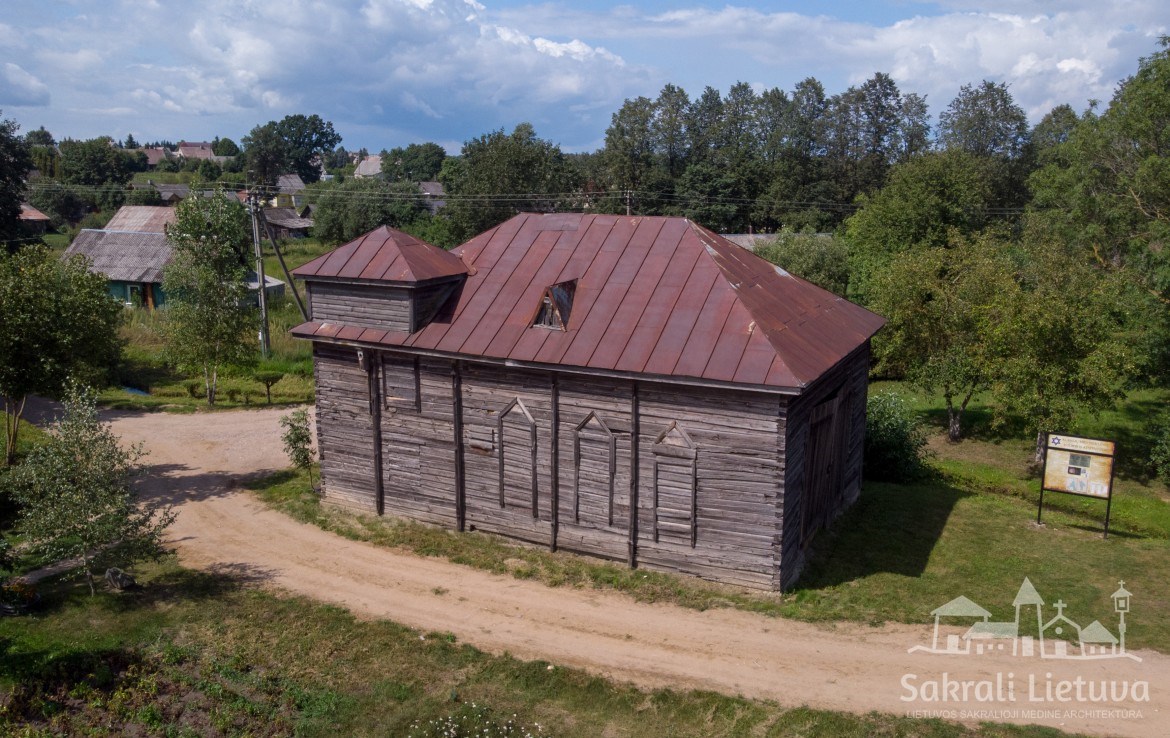 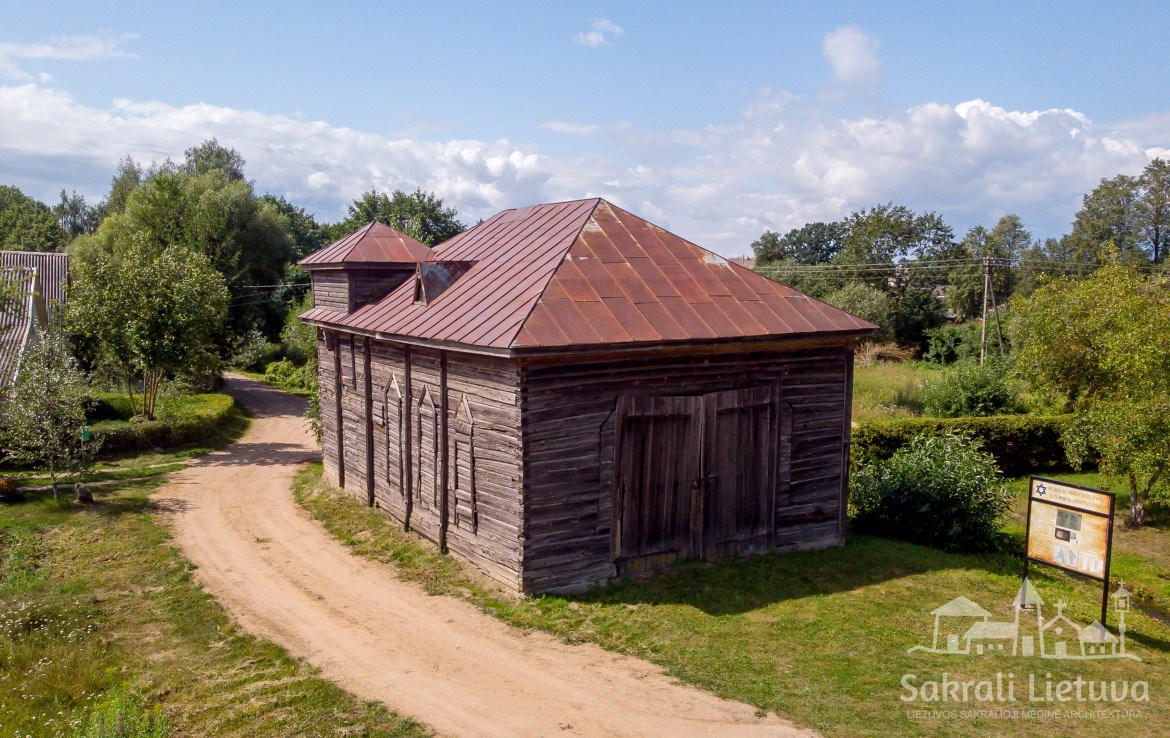 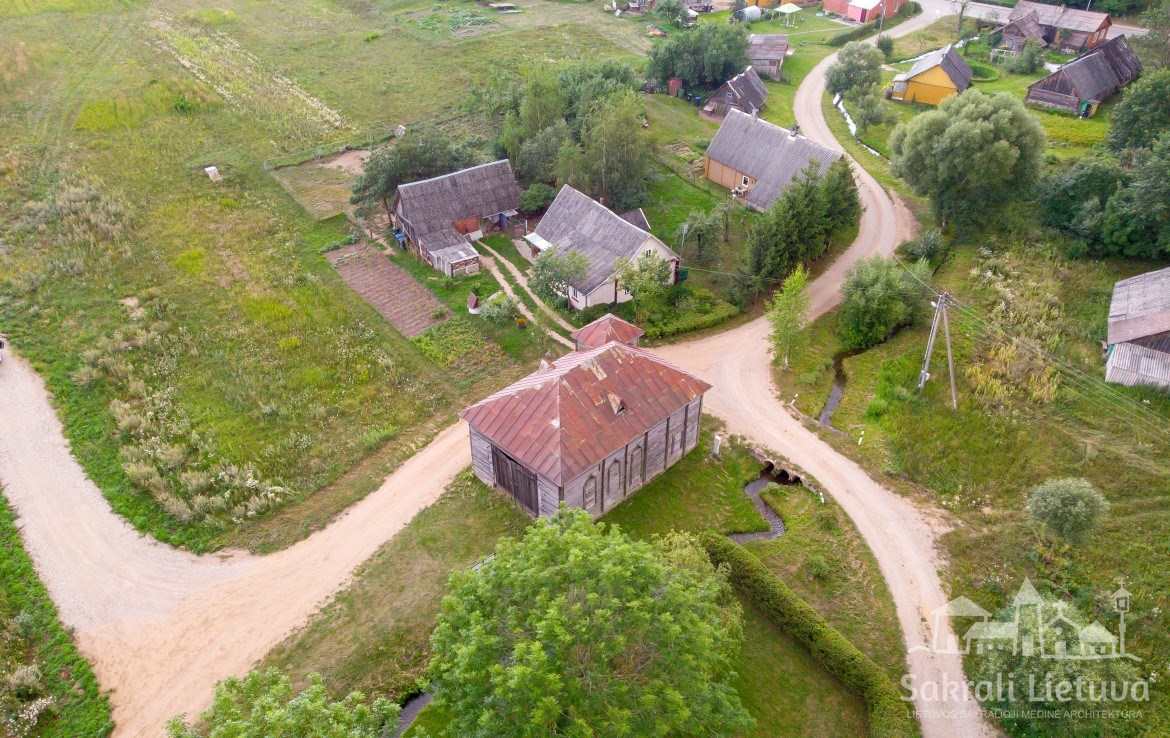 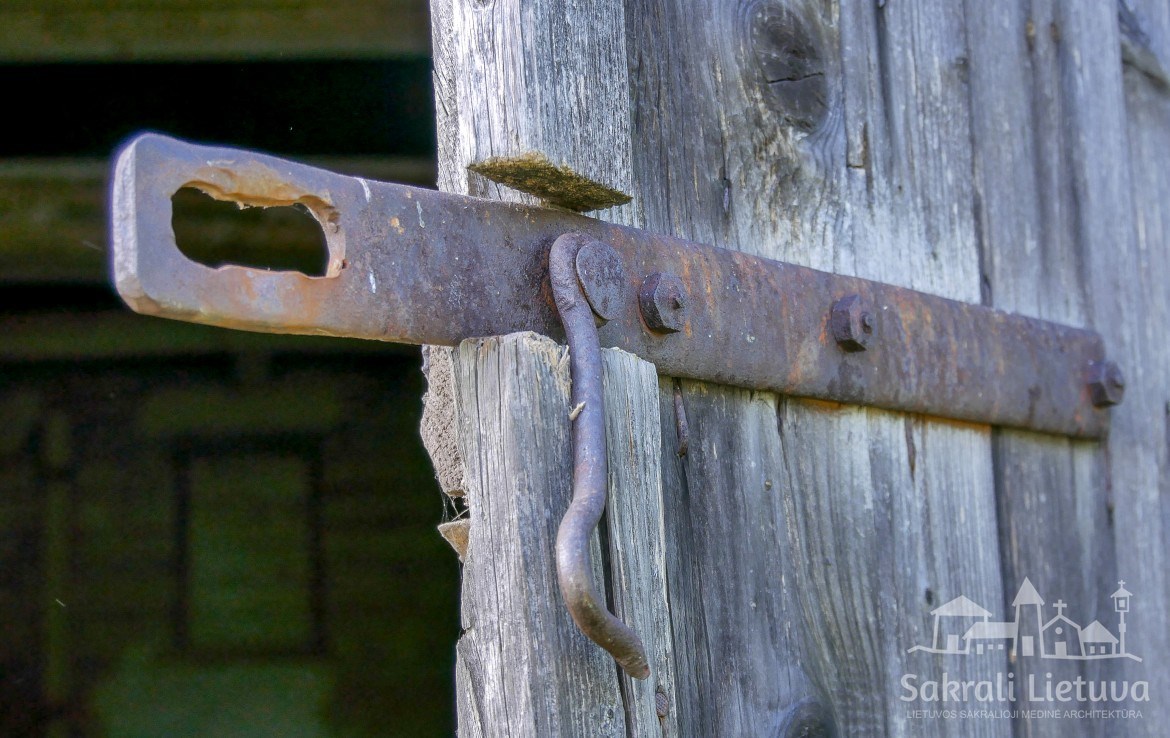 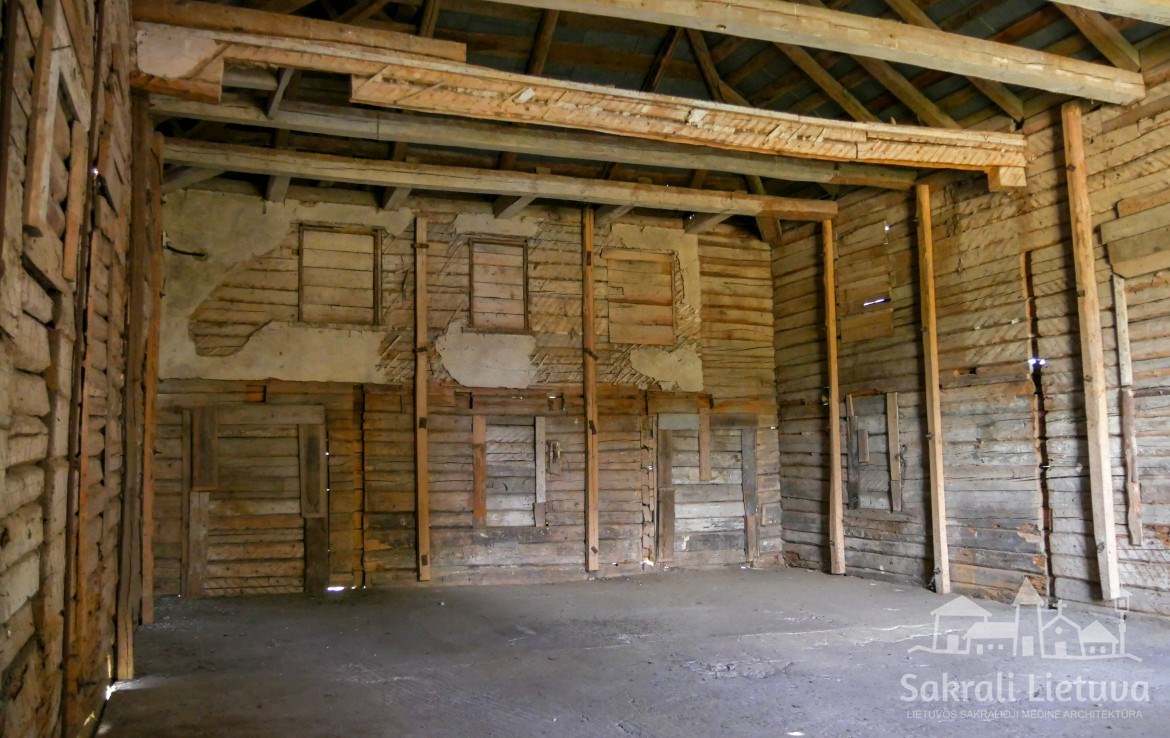 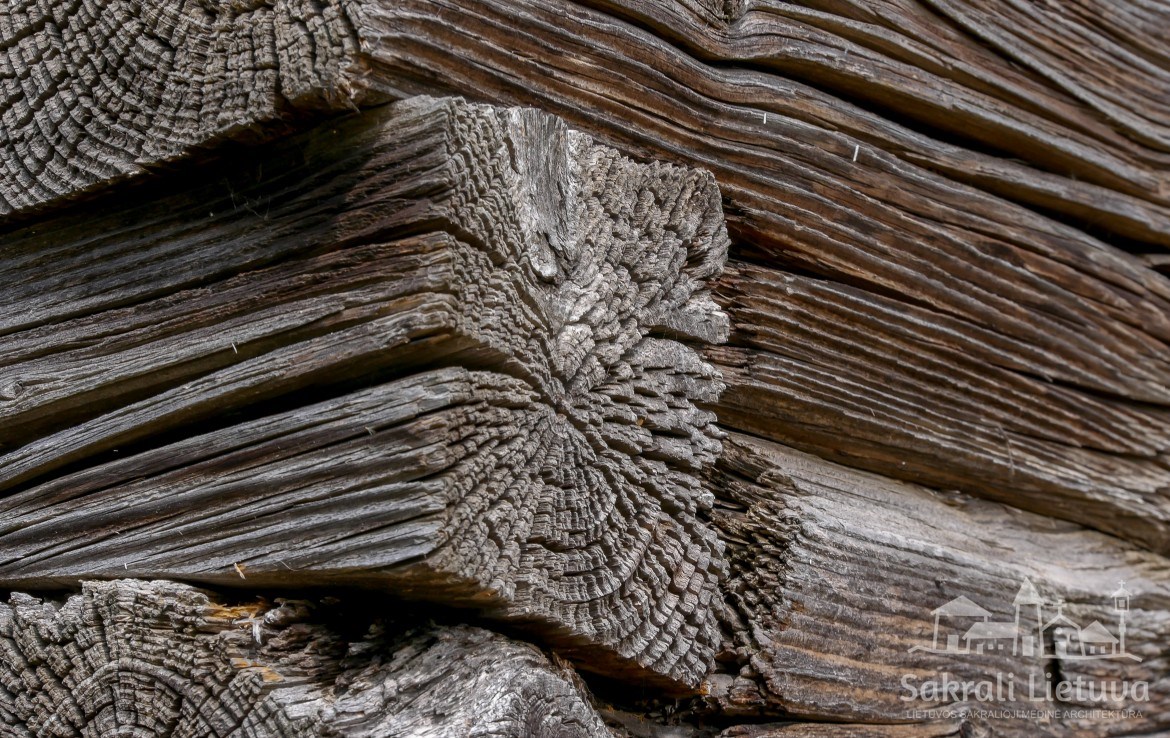 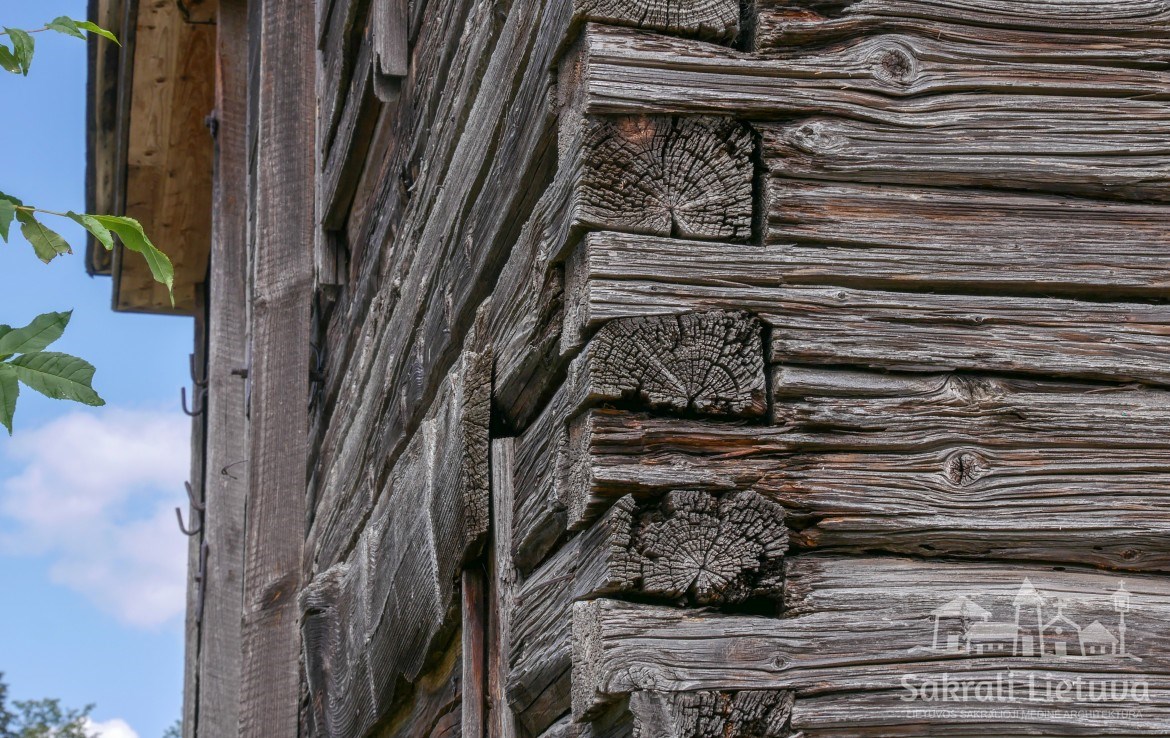