Kuliai is quite an old Samogitian town with a deep history and importance to Lithuania. Kuliai was first mentioned back in 1253. In 1644 the first church was built there. The national revival in Kuliai started earlier than in other parts of Lithuania. Even before the press ban, the inhabitants read a lot from Lithuanian prayer books, and the priest pastor was Juozas Tumas-Vaižgantas, who was a vicar there in 1898-1901, and who left a trace in the memory of the townspeople. In Kuliai he edited Tėvynės Sargas (Eng. The Guardian of the Homeland) and wrote Pragiedruliai (Eng. Partly Sunny). Then Kuliai became the center of Lithuanianness. At the end of the 19th century and the beginning of the 20th century, Sofija Kymantaitė-Čiurlionienė also lived in Kuliai, and described the town in her works.

In 1900, in the place of the old wooden church, a new Historicist style stone church was built, designed by the famous Swedish architect K. E. Strandman. However, the churchyard still includes a much earlier structure than the present church, a chapel dating to the end of the 18th century and the beginning of the 19th century.

The chapel layout is pentagonal, it is compact in volume, single storey with a semi-basement. The building architecture is typical to traditional Samogitian sacral buildings, of traditional folk style with elements of Baroque architecture. The foundation is made of broken field stones and crushed stone. The facades are covered with vertical wooden boards with narrower planks on the joints. The roof is covered with tin, and its top features a Baroque-shaped tin-covered turret. Window and door openings are rectangular with a semicircular top. Double-sided two-layered door is decorated with one-sided planking in the shape a Christmas tree ornament. The windows of the north-east and north-west facades are decorated with wooden top and bottom window decorations, a small board roof is located above the door and supported by 2 wooden cantilevers. The facade spaces under the roof are decorated with verge boards embellished with openwork carvings. 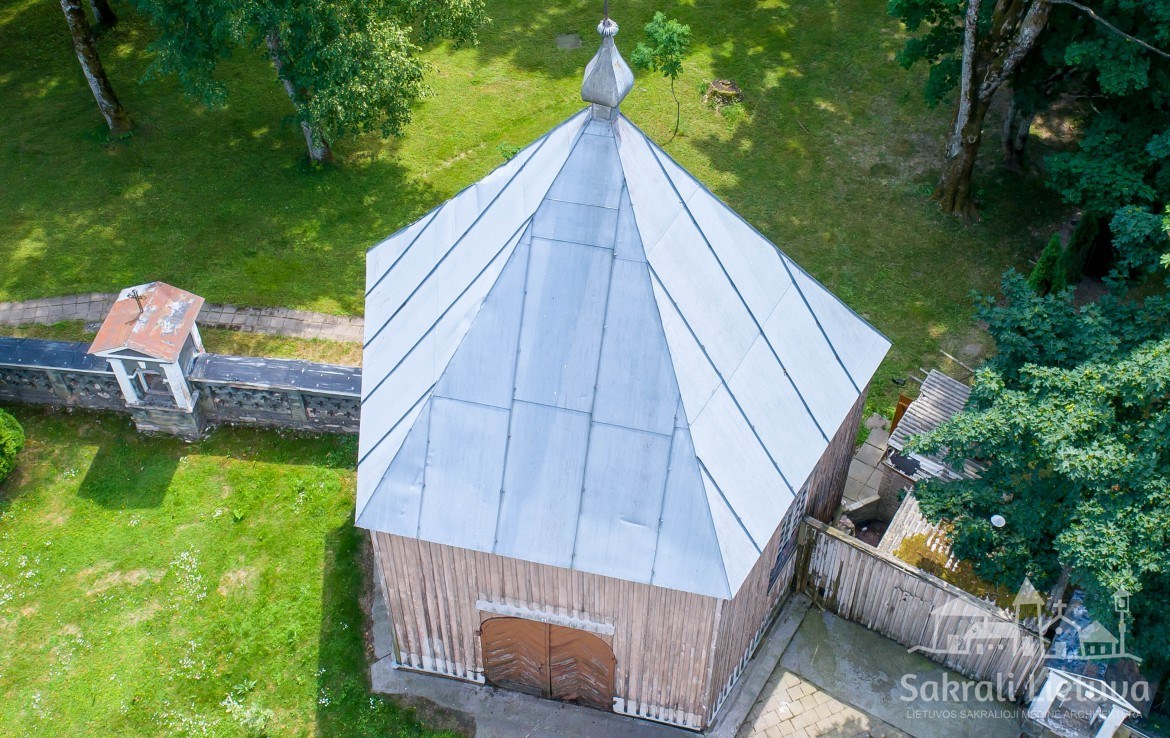 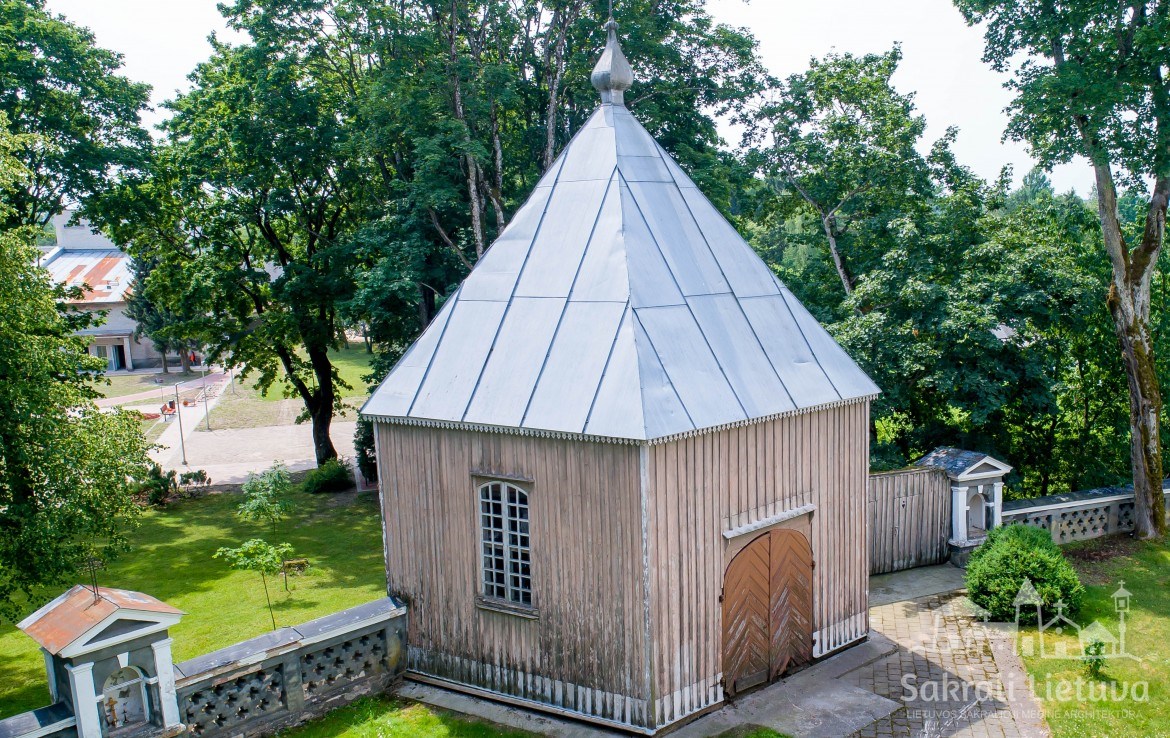 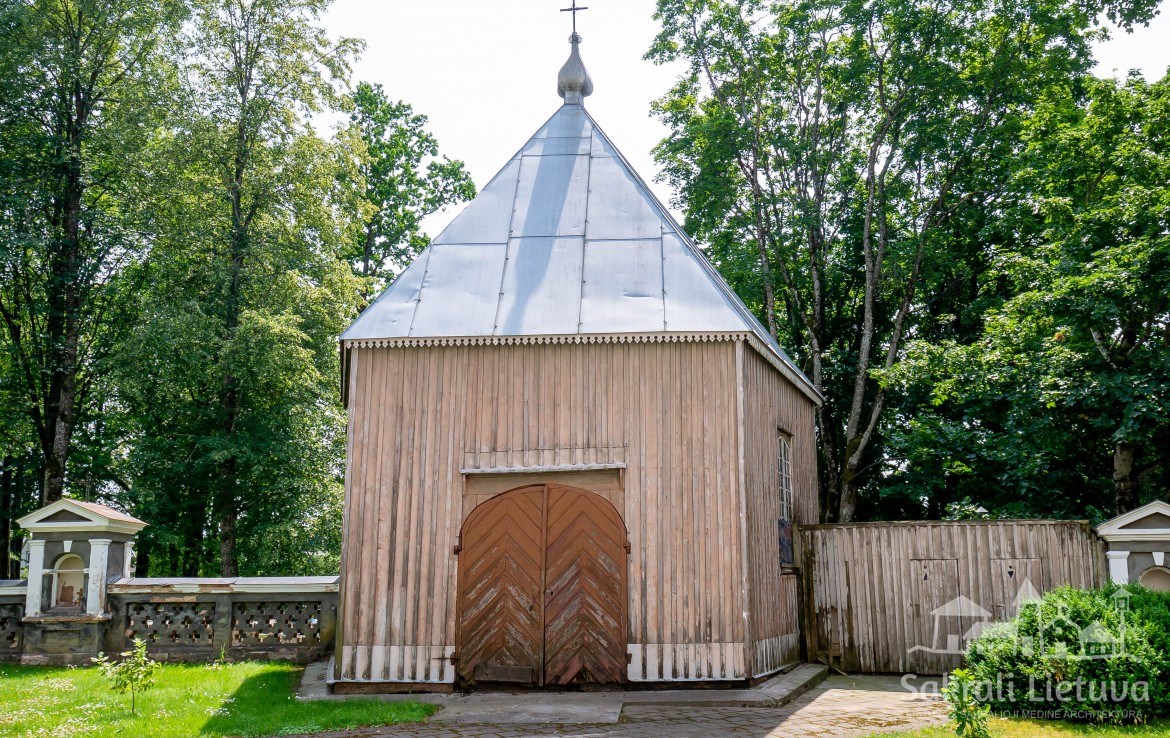 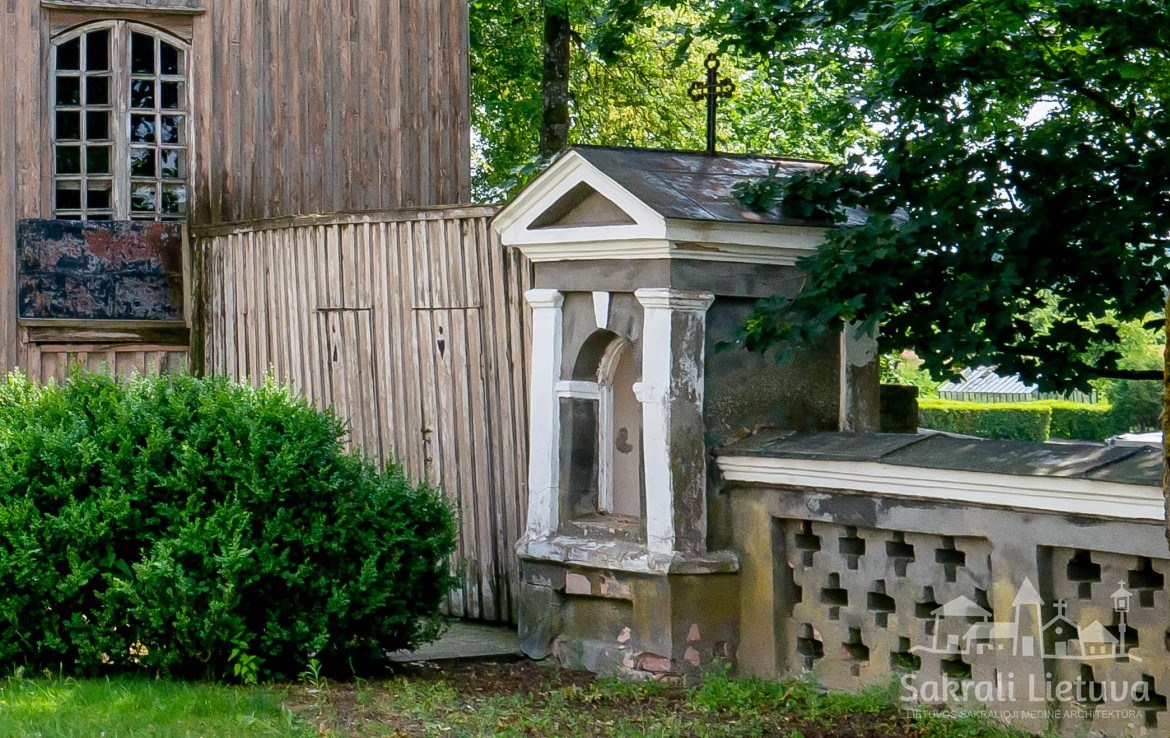 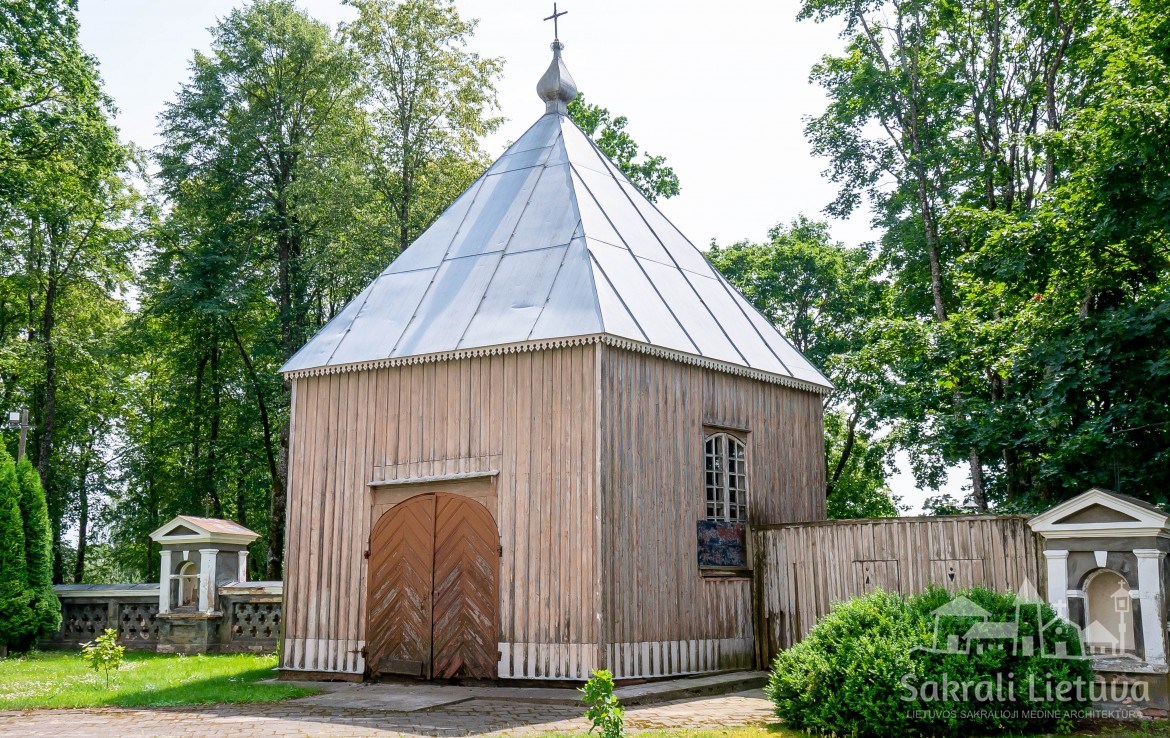 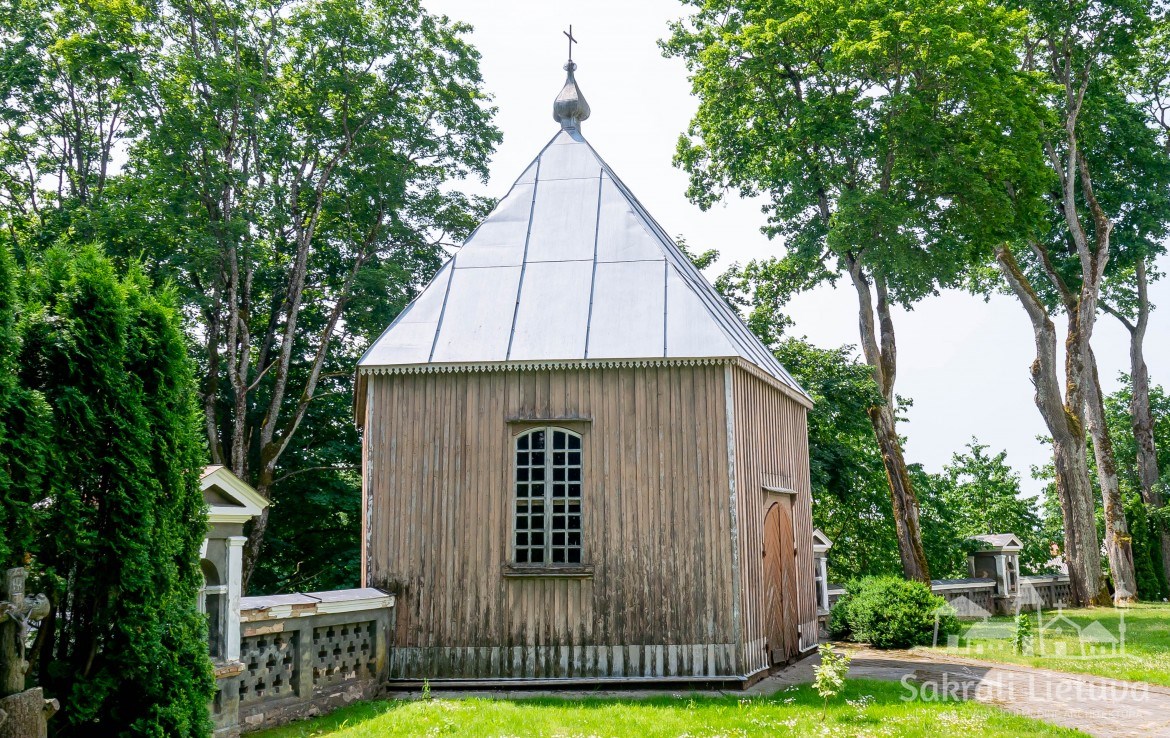 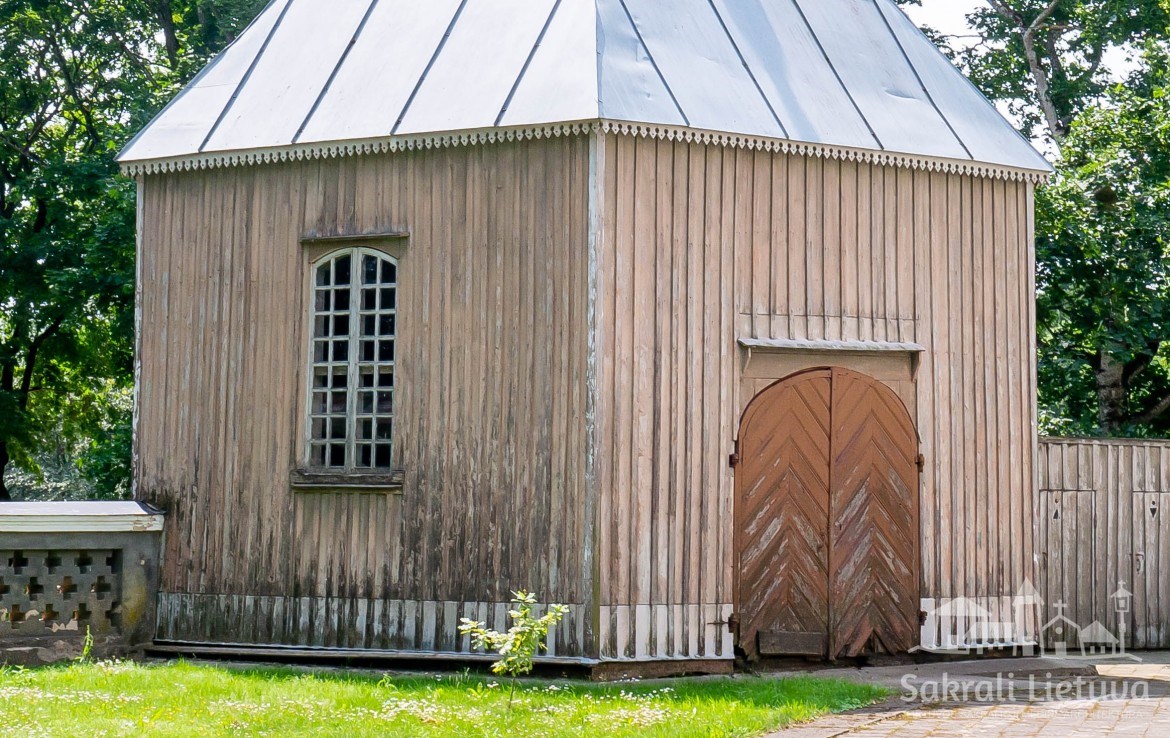 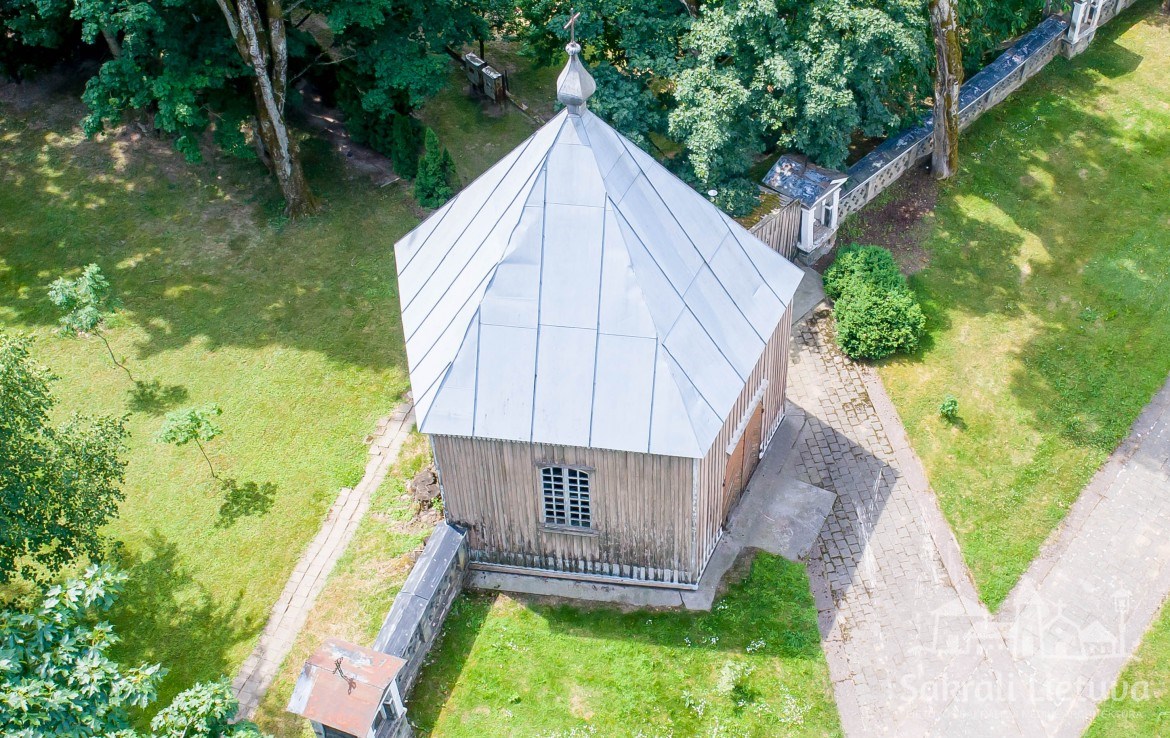 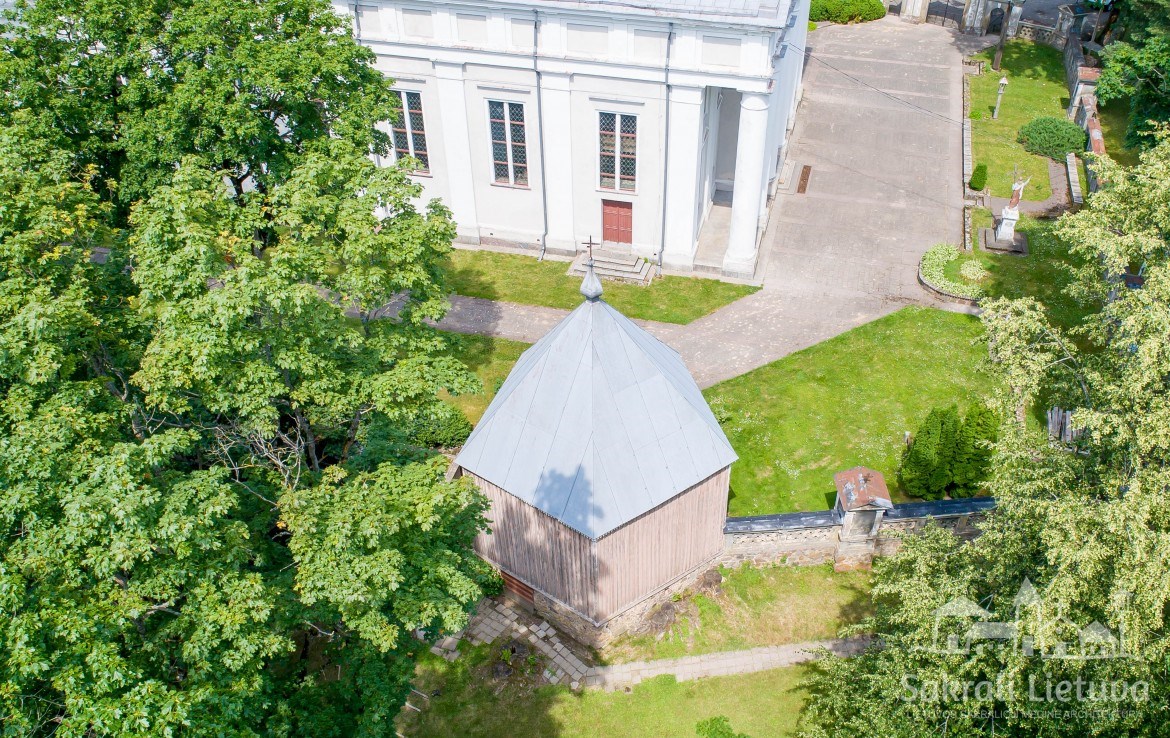 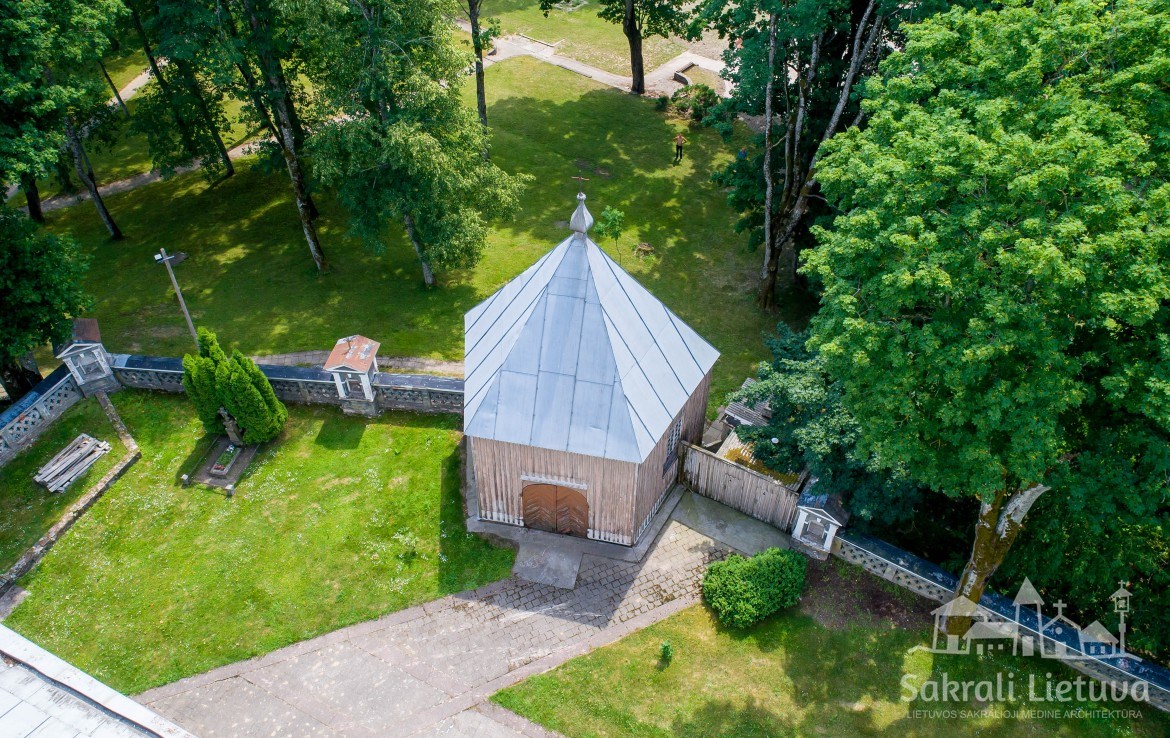