Chapel Pole with ornamented cross and the sculpture of St. John of Nepomuk

The chapel pole in Rudgalviai village features a graceful silhouette and a small chapel with a small wooden sculpture of John of Nepomuk inside it. The chapel has four trapezoidal walls, one with a glazed door, and a four-sided roof. The top of the roof is decorated with a small ornamented cross, and the corners of the chapel walls are embellished with wooden ornaments.

John of Nepomuk was a Czech clergyman of the 14th century, a martyr who was declared saint by the church after his death. During a dispute between the Archbishop and the King, John opposed the King’s plan and defended the Archbishop’s position. He was arrested for that, and in 1393, after torture and interrogation was pushed off Charles Bridge into the river. However, they usually say that John died because he did not want to betray the confession secret when asked to tell the name of the queen’s lover she had allegedly confessed to John. In 1721, Pope Innocent XIII proclaimed John Nepomuk a blessed one, and in 1729, Pope Benedict XIII canonized him, i.e., declared him a saint.

When in 1693, in honor of John, a monument was erected on the bridge from which he was pushed off, people began regarding him as the guardian of bridges and protector from floods, as well as the intercessor of the wrongly accused. In Lithuania John’s cult was spread by the Jesuits.

Less educated peasants usually identified him with John the Baptist to the extent that the distinction between these different saints had disappeared in folk art. Paulius Galaunė wrote about it: “Although these two statues do not coincide in their depictions or in their iconography, we have to analyze them together due to their almost overlapping character among Lithuanian populace. Both statuettes are usually built next to rivers, rivulets, and springs, literally, by the water and bridges. When the first statue really depicts St. John and the Baptism of Christ, the second one depicts only Jon of Nepomuk. But both are referred by Samogitians by one name: “St. Little John”, “the Baptist”. Only the more knowledgeable refer to the second St. John as “Nepomucen”.” In folk art John of Nepomuk is always depicted in a priestly robe, surplice, with a book or a cross in his hands.

Rosaries, little pictures, crosses and other small things may be seen hanging in the chapel next to the wooden statue of John of Nepomuk. They may be considered peculiar votas. In Samogitia, a request or thank you is obviously expressed: by leaving a precious personal item, a picture of a saint, a coin, people thank or ask a saint for help in a difficult situation.

Chapel Pole with ornamented cross and the sculpture of St. John of Nepomuk - Rudgalviai 96303, Lietuva 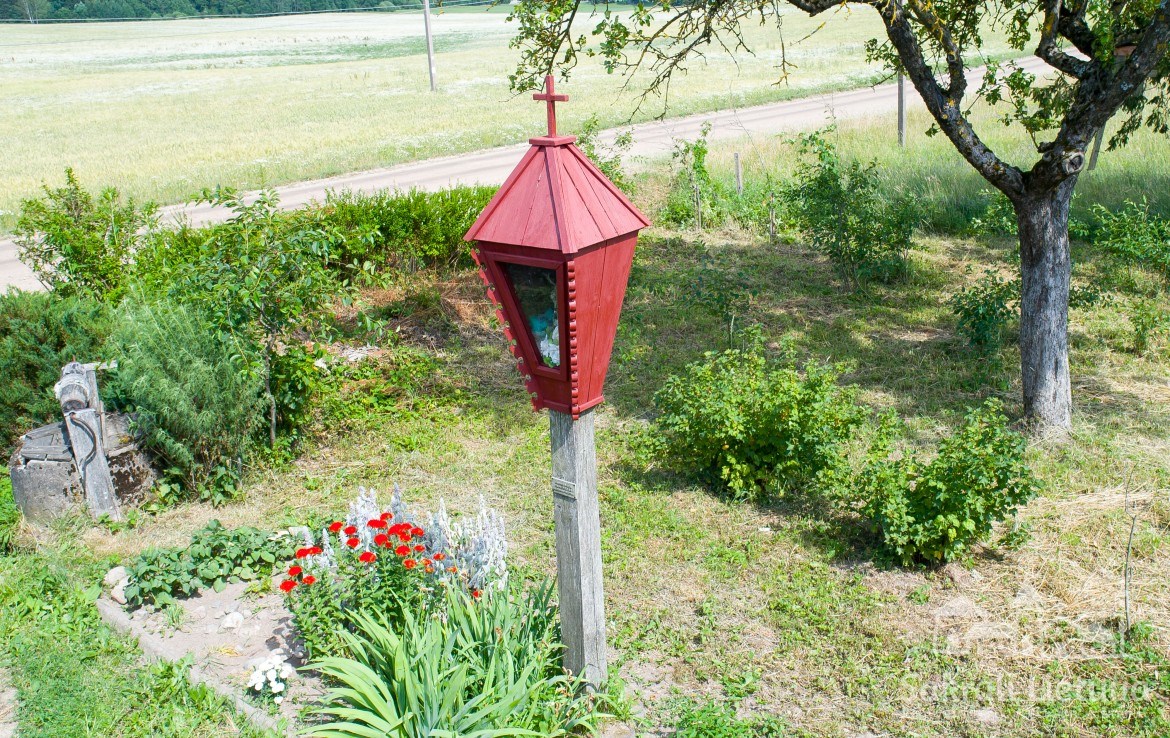 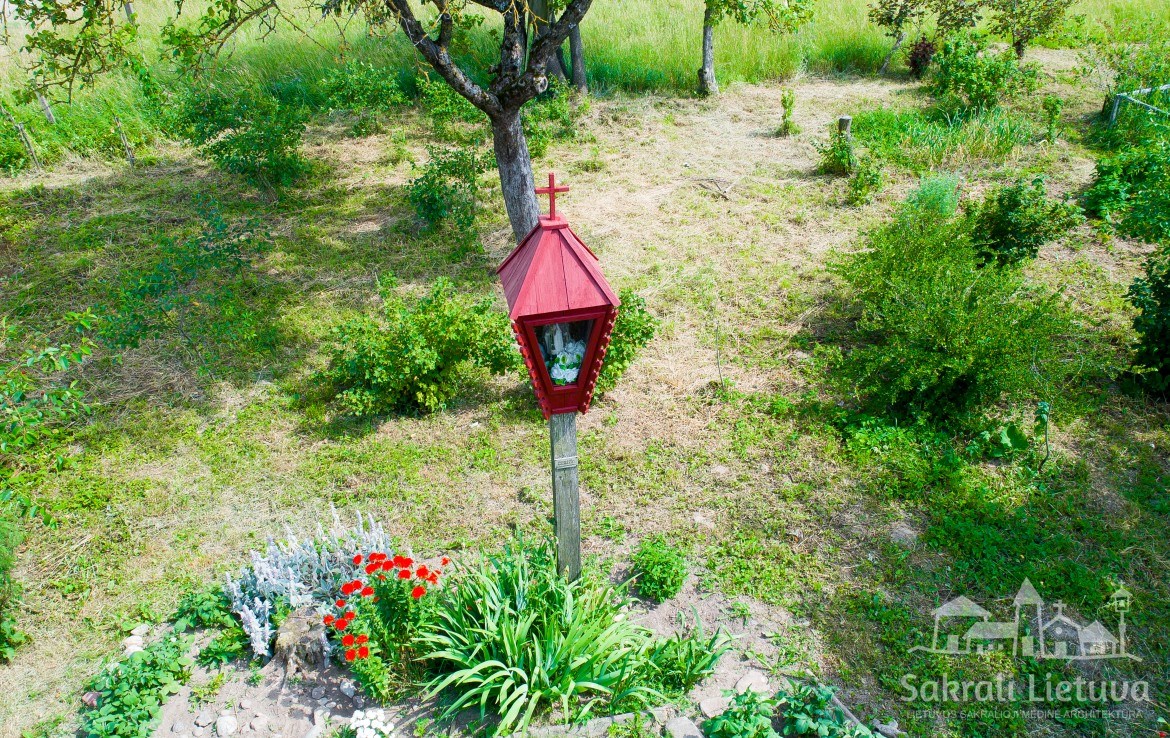 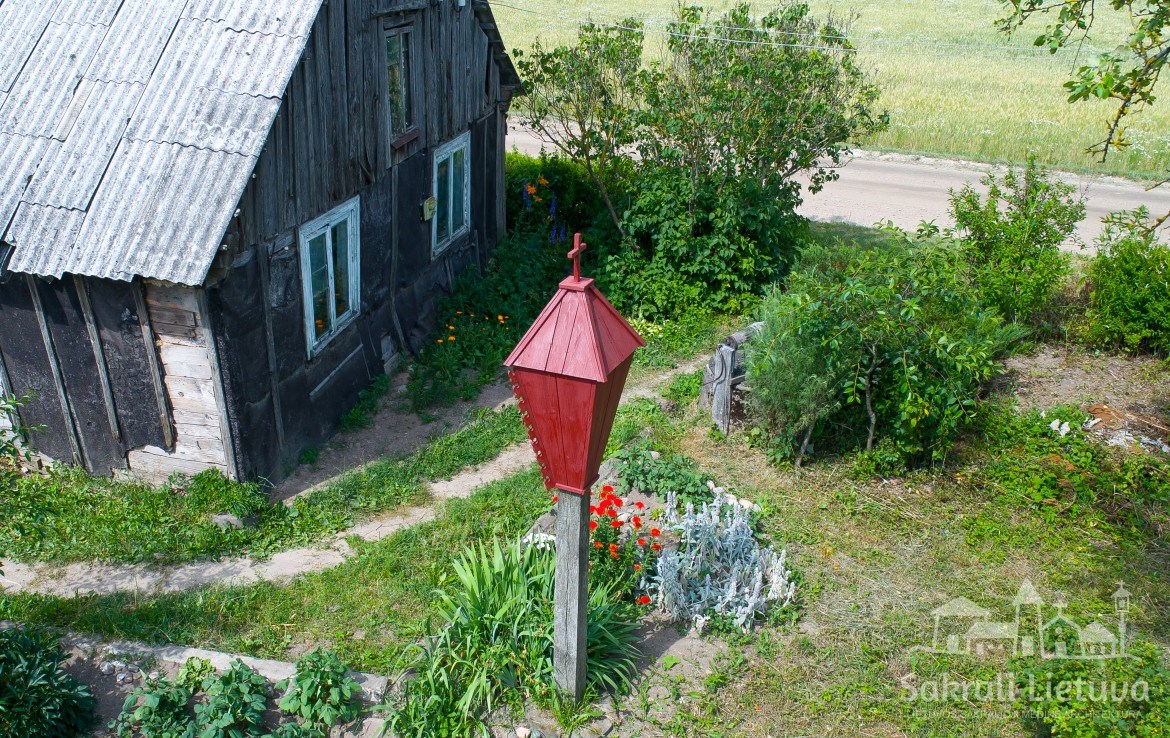 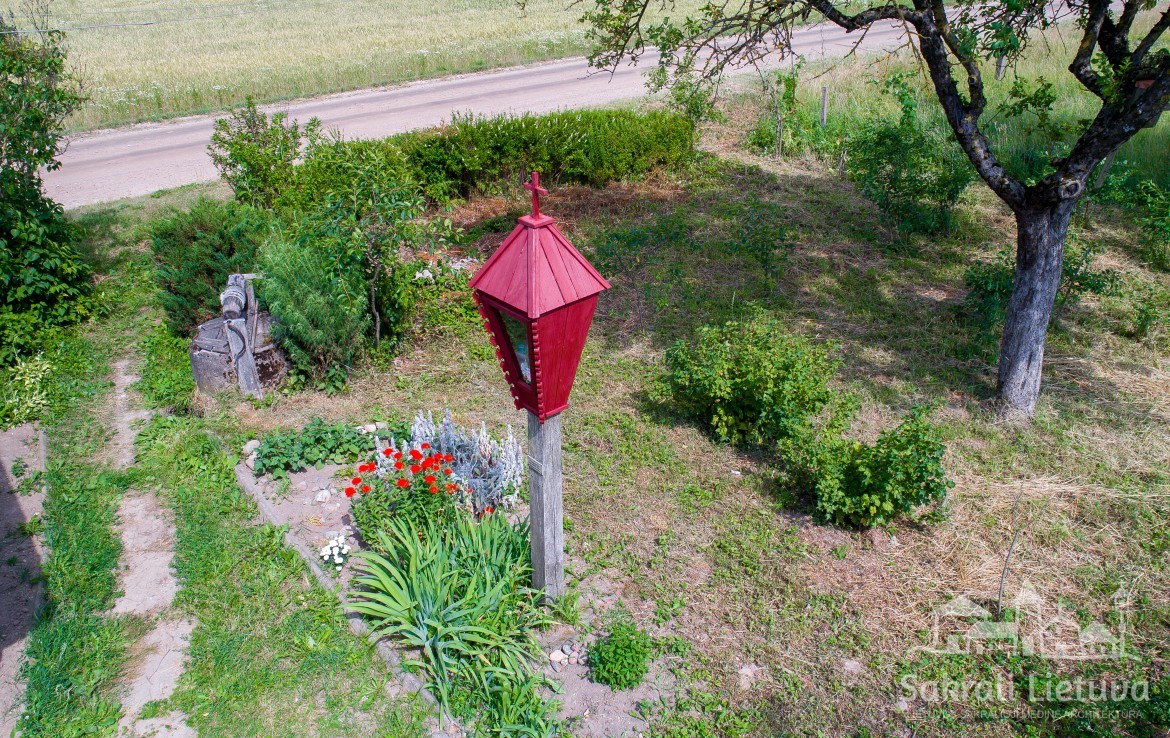 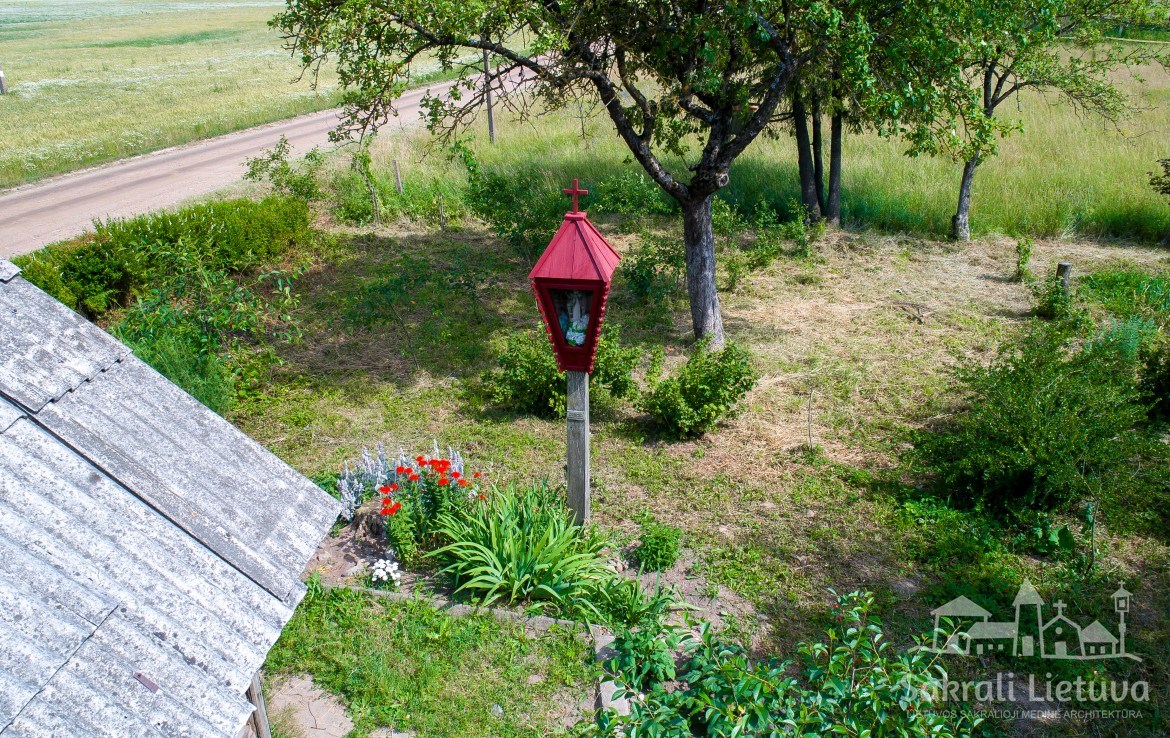 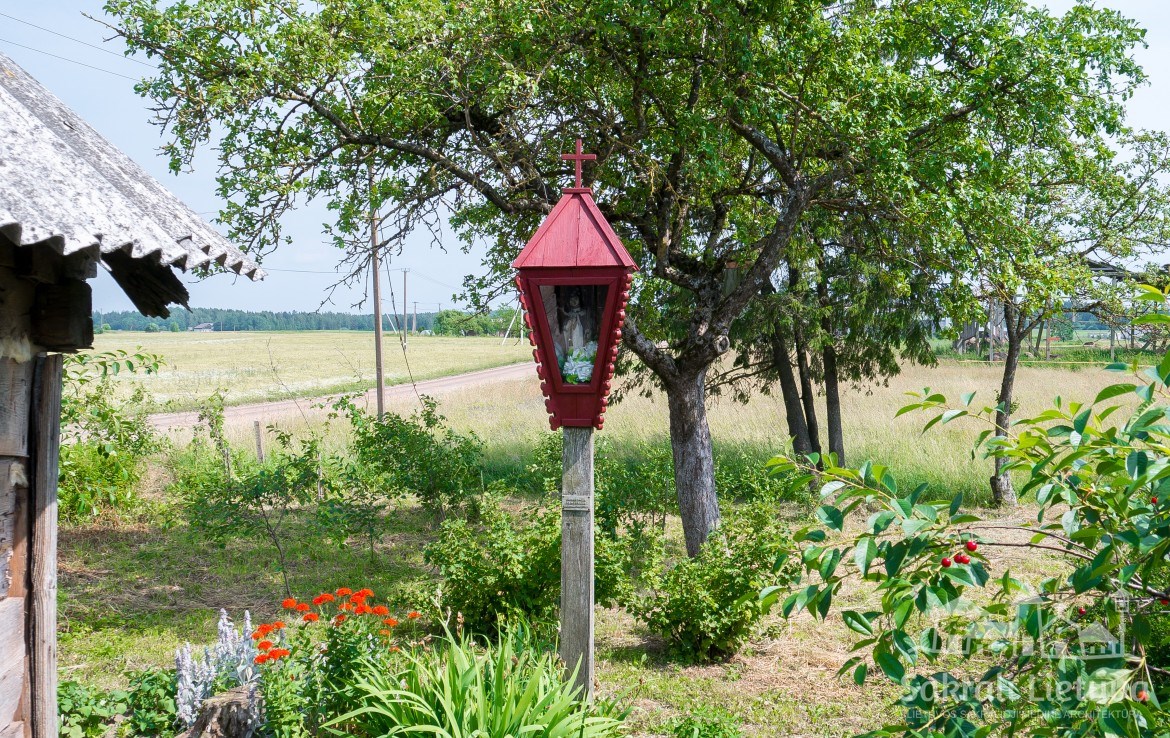 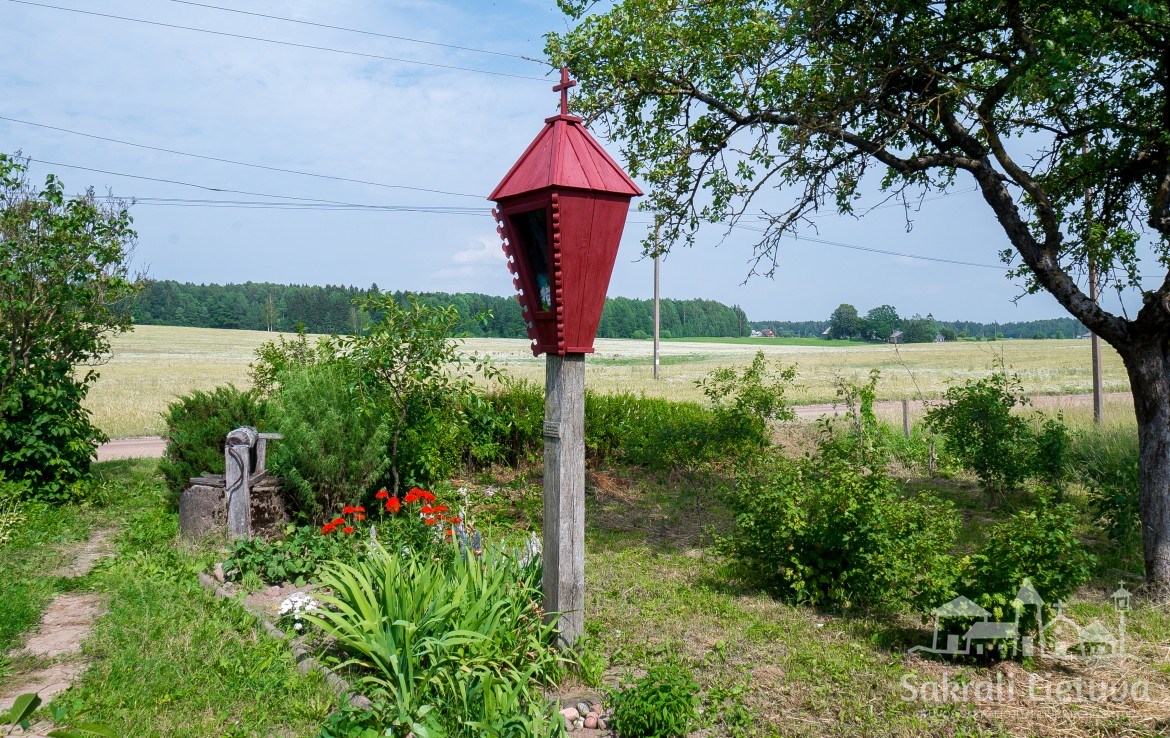 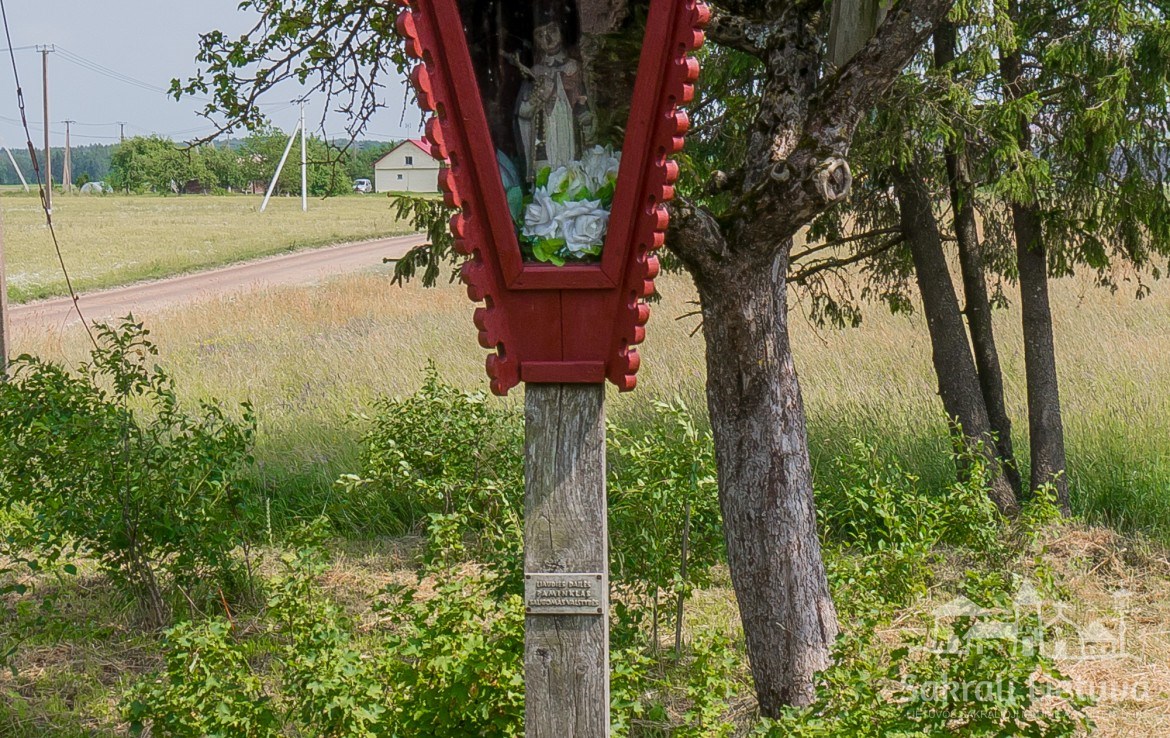 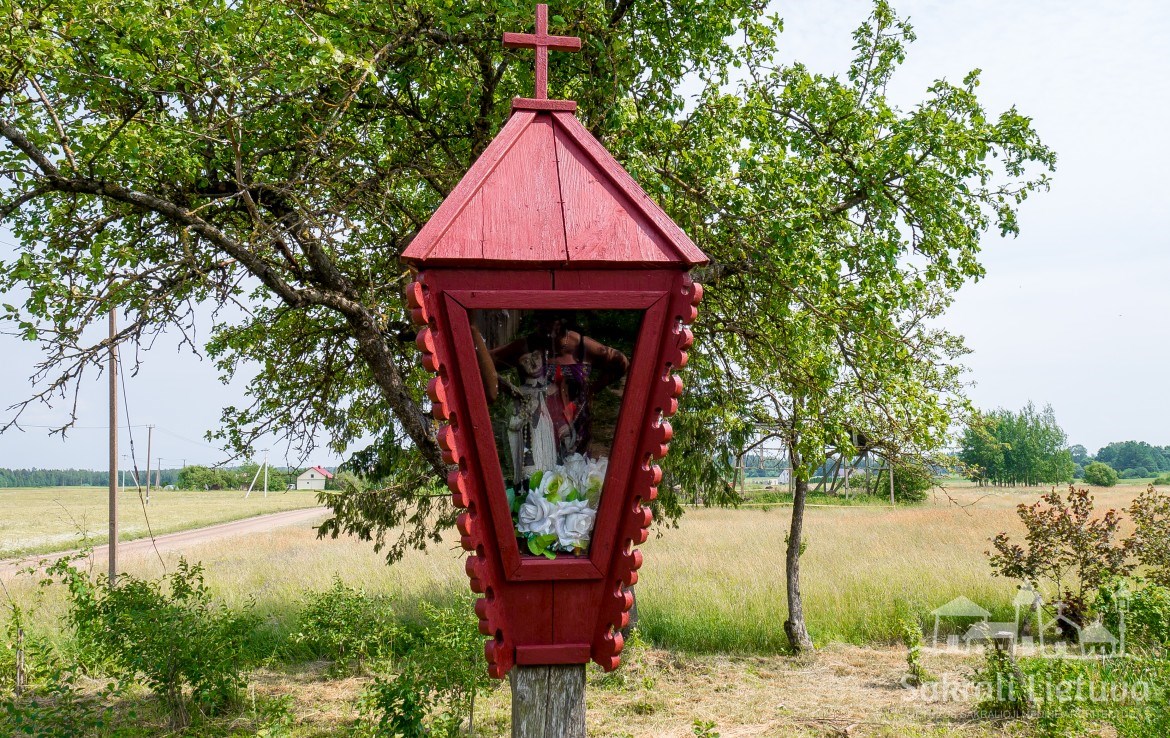 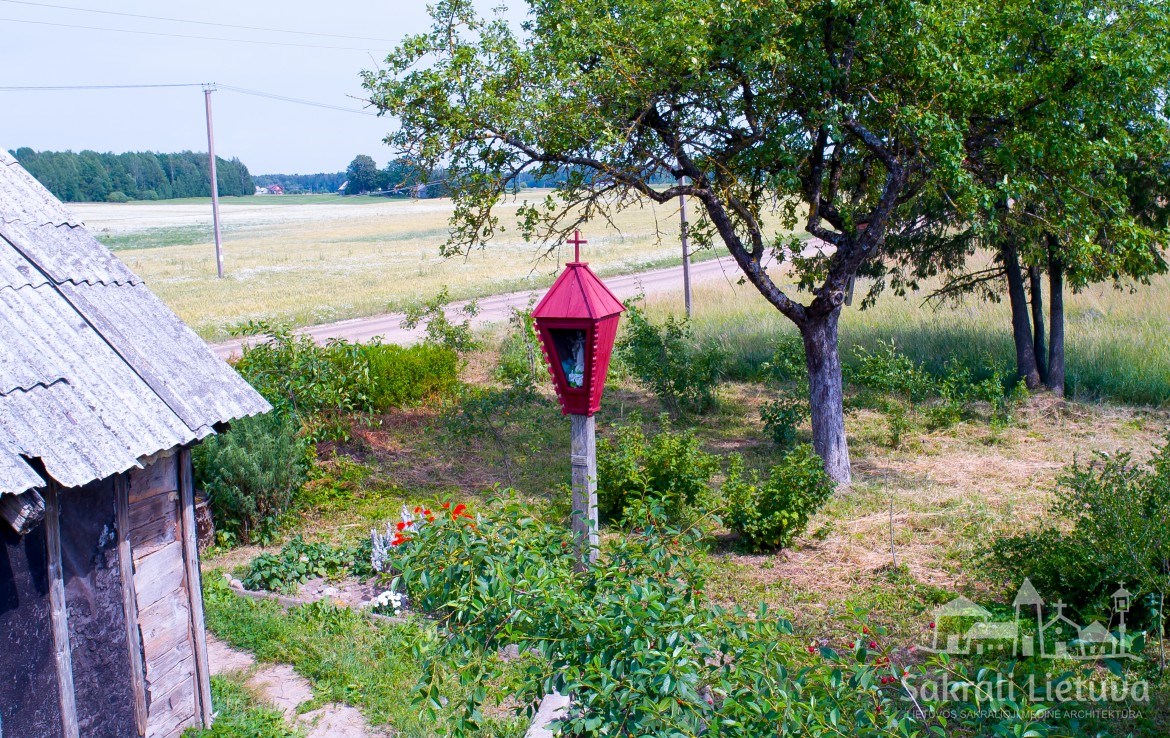 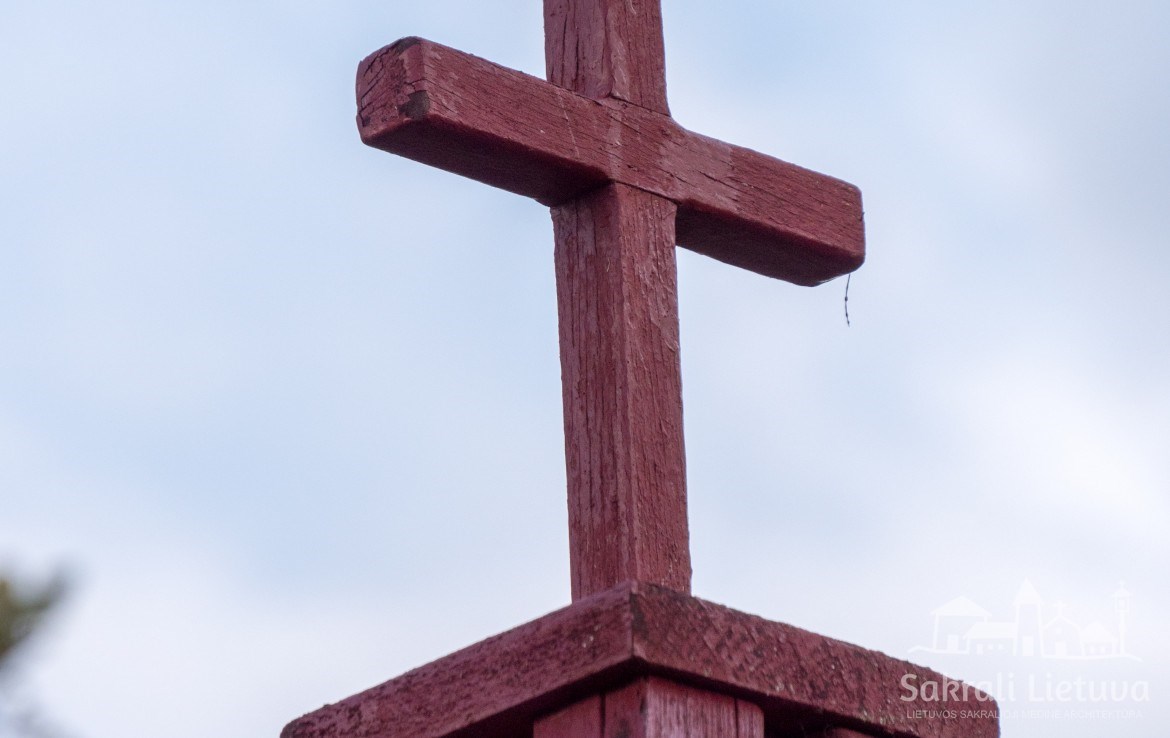 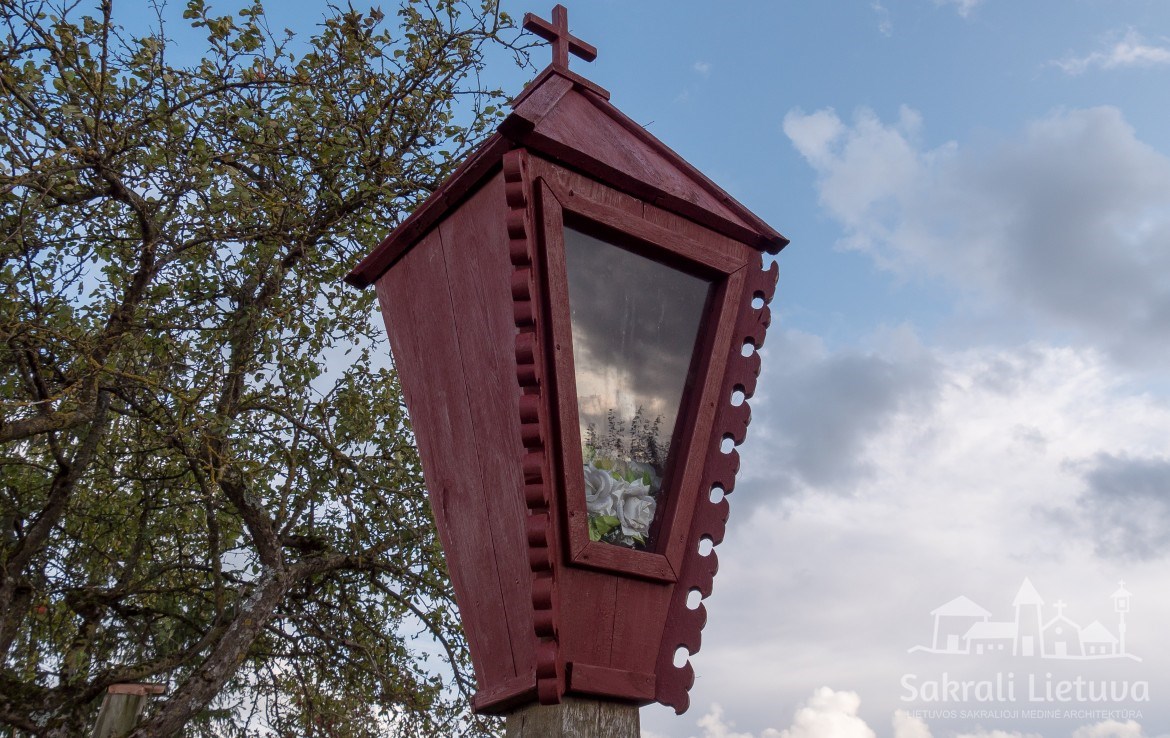 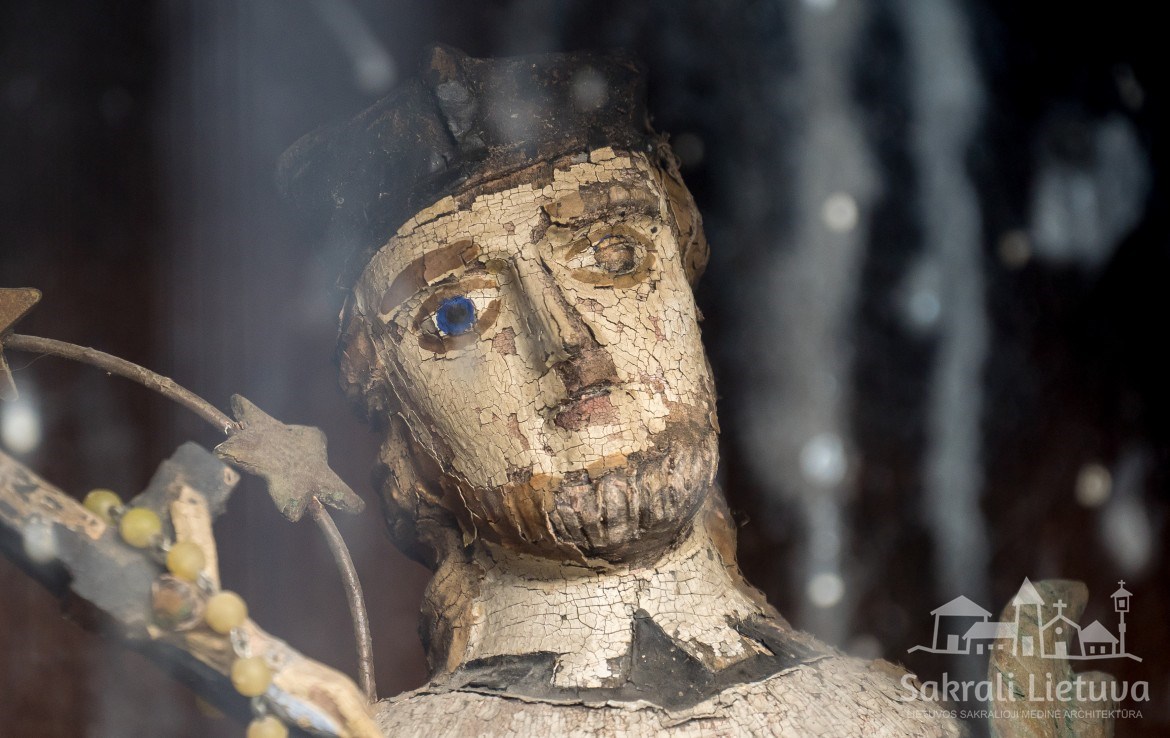 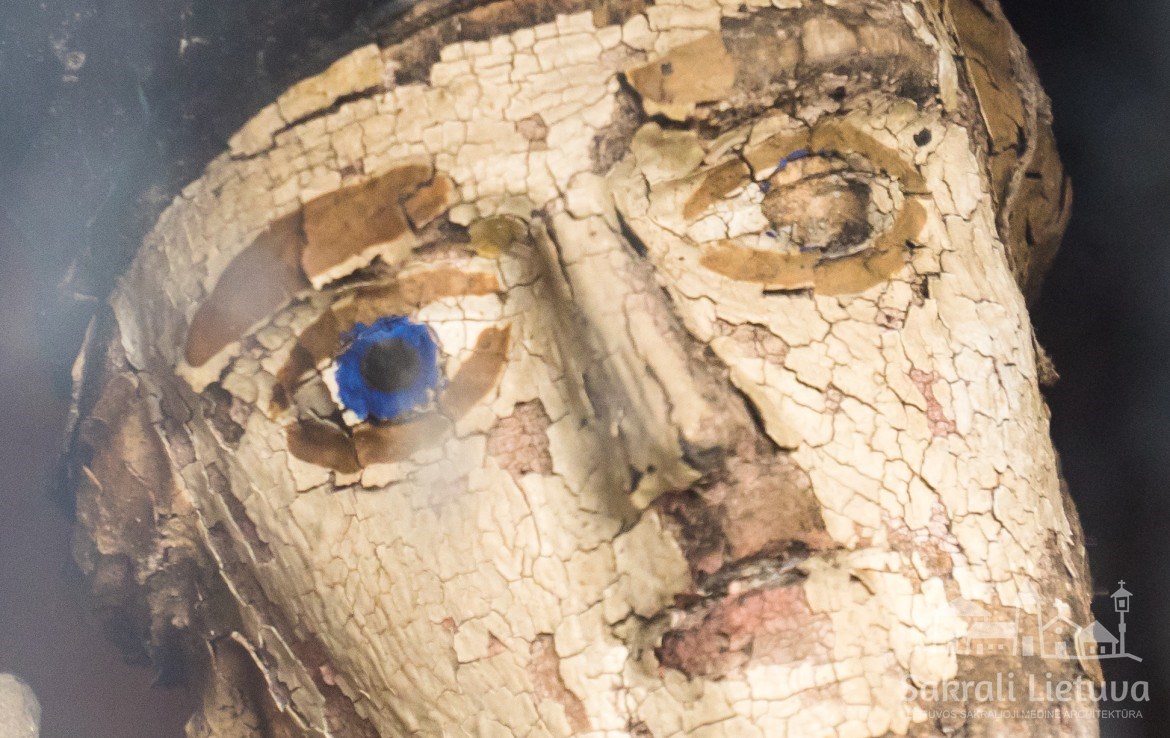 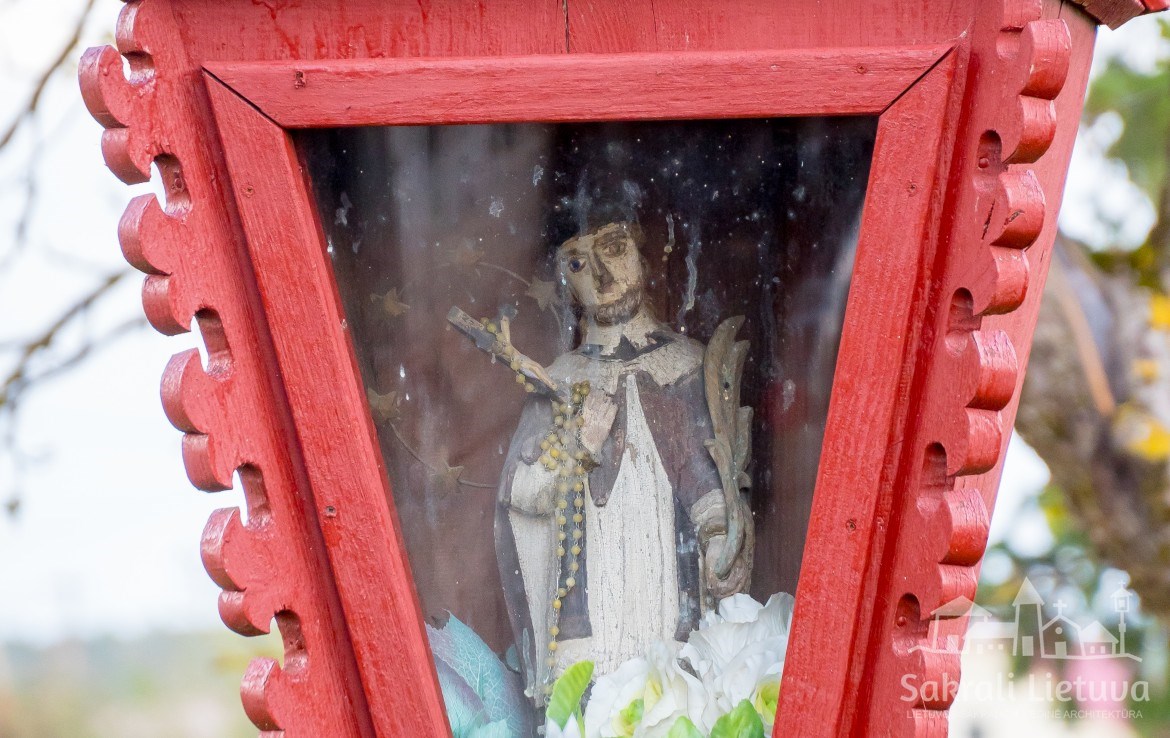 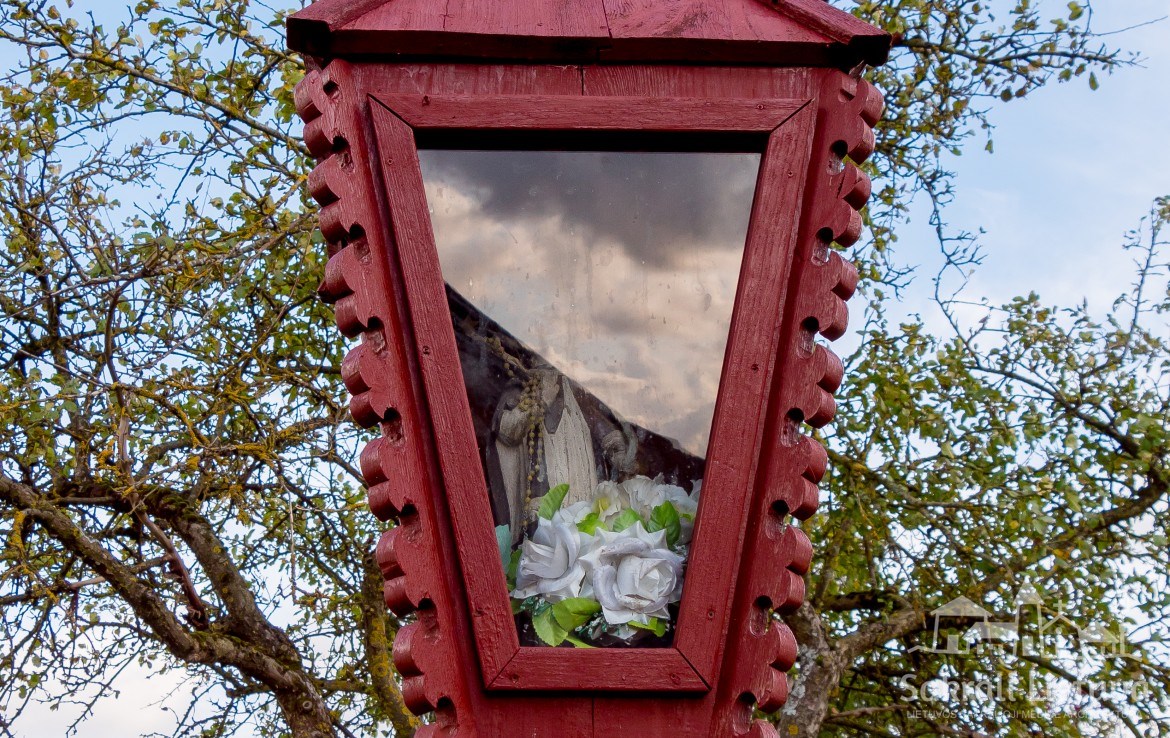 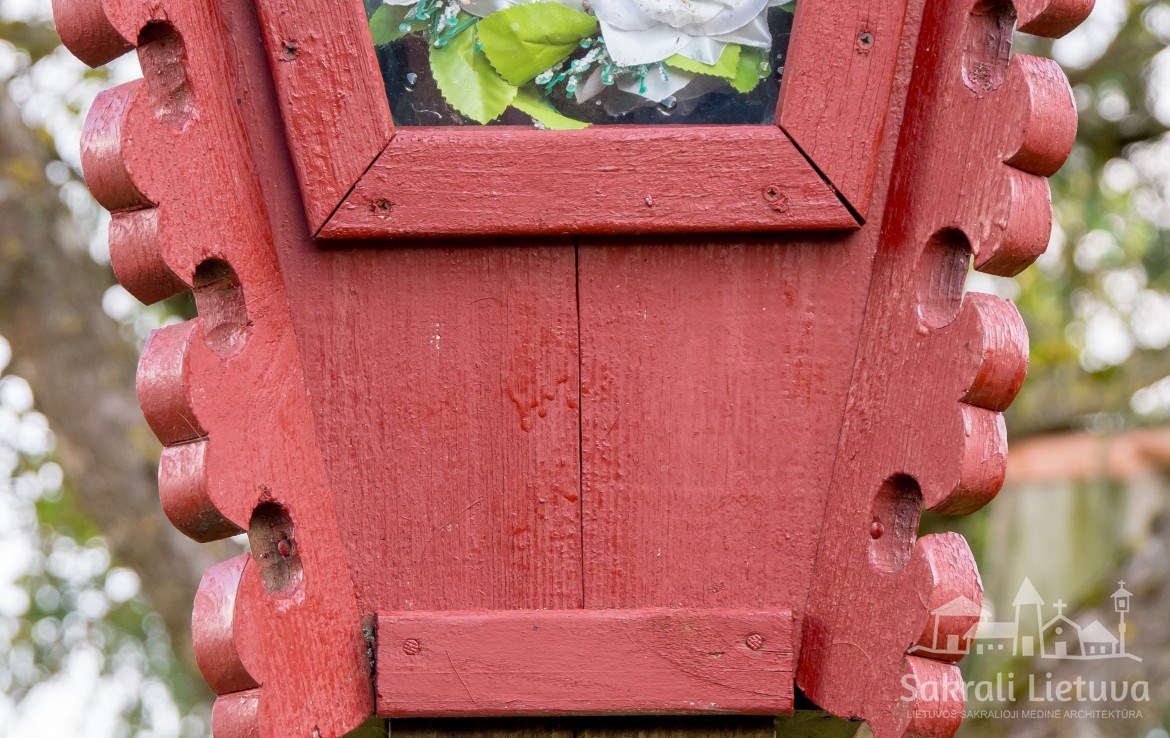 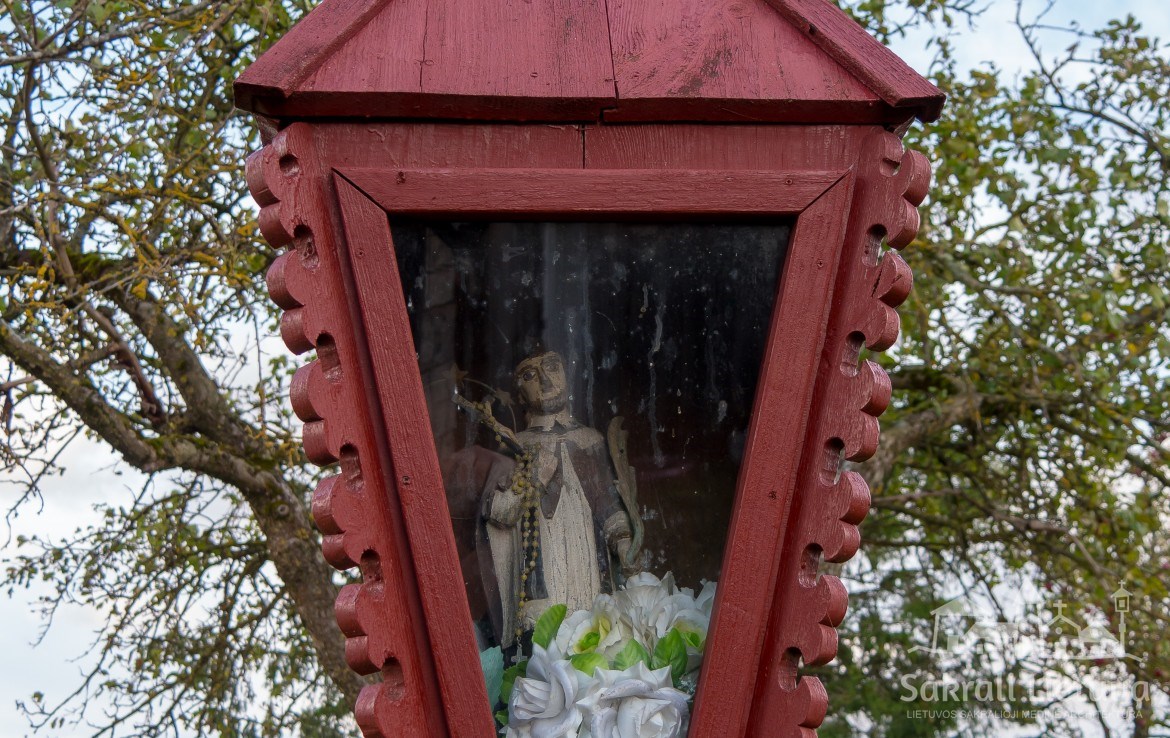 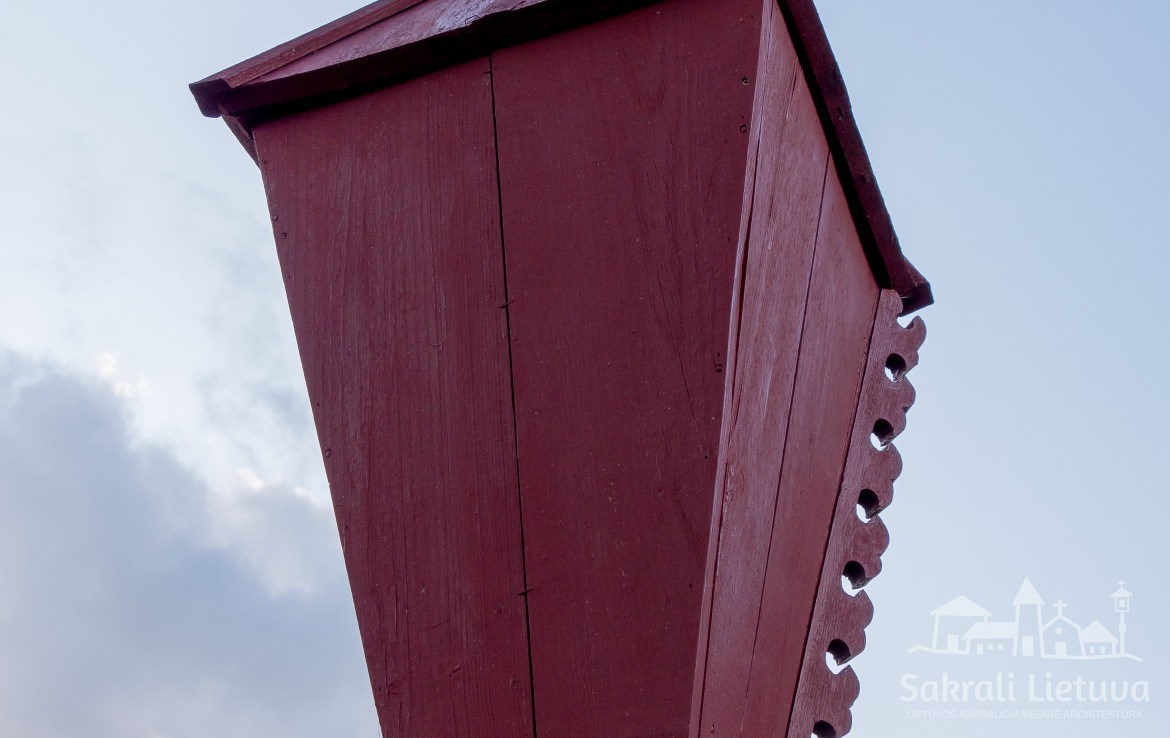 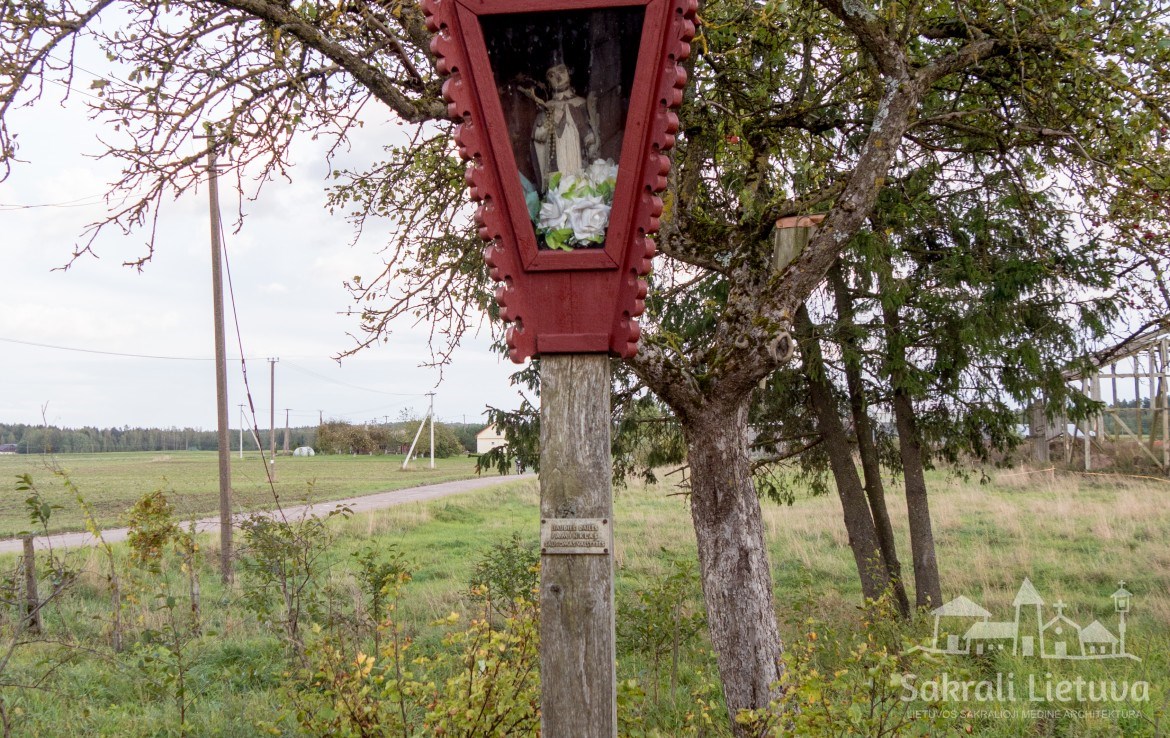 Chapel Pole with ornamented cross and the sculpture of St. John of Nepomuk - Rudgalviai 96303, Lietuva