Interesting historical circumstances surround the emergence of a parish and building of the church in Kirdeikiai. Right up to the occupation of Vilnius region, Kirdeikiai belonged to Linkmenys Parish. After the Poles occupied the eastern part of Lithuania, the demarcation line extended over Linkmenys, dividing the parish in half. Kirdeikiai remained on the Lithuanian side. The priest Juozas Breiva persecuted for his Lithuanian cultural activities in the occupied Linkmenys fled to Kirdeikiai and with the permission of Kaišiadorys Parish built a church and established a parsonage there. The wooden church was built between 1926 and 1927 based on the project of the engineer P. Litas.

Kirdeikiai Church is Historicistic in style with dominating imitations of professional masonry neo-Gothic elements. The church is of a rectangular layout, with a three-wall apse and annexes, two towers and a protruding main facade. The main facade ends with a triangular pediment covered in herringbone pattern and topped with an ornamented cross, and with two-section towers of a quadrangular base on both sides. The towers have triangular pediments and ornamented crosses. The small roofs divide the main facade, the two-sided roof of the church and the four-sided roofs of the towers are covered with sheet steel.

Two bells are located in one of the church towers. One of them was cast in 1930 and consecrated in the name of its sponsor Benediktas Kinduris. A smaller bell with Latin inscriptions was cast back in the 18th century and was given the name of a highly respected person in the village, Jonas Maciulevičius. There is another small bell in the tower above the apse. The window openings are rectangular with profiled edges and dripstones, the windows have decorative partitions, triangular-shaped at the top, creating an imitation of arched windows.

The church interior includes three naves separated by rows of hexagonal columns. The church has three neo-Gothic altars. The presbytery is separated from the central nave by an arched structure. The great altar was made of dark tinted oak by V. Čižauskas’ ecclesiastical goods workshop in Šiauliai. The sculpture of Crucifix of the beginning of the 18th century is located in the front ante-nave of the church. This figure is attached to a gorgeously ornamented polychrome cross made in the 1970s. In 2009, the altars and the pulpit were renovated and newly gilded. 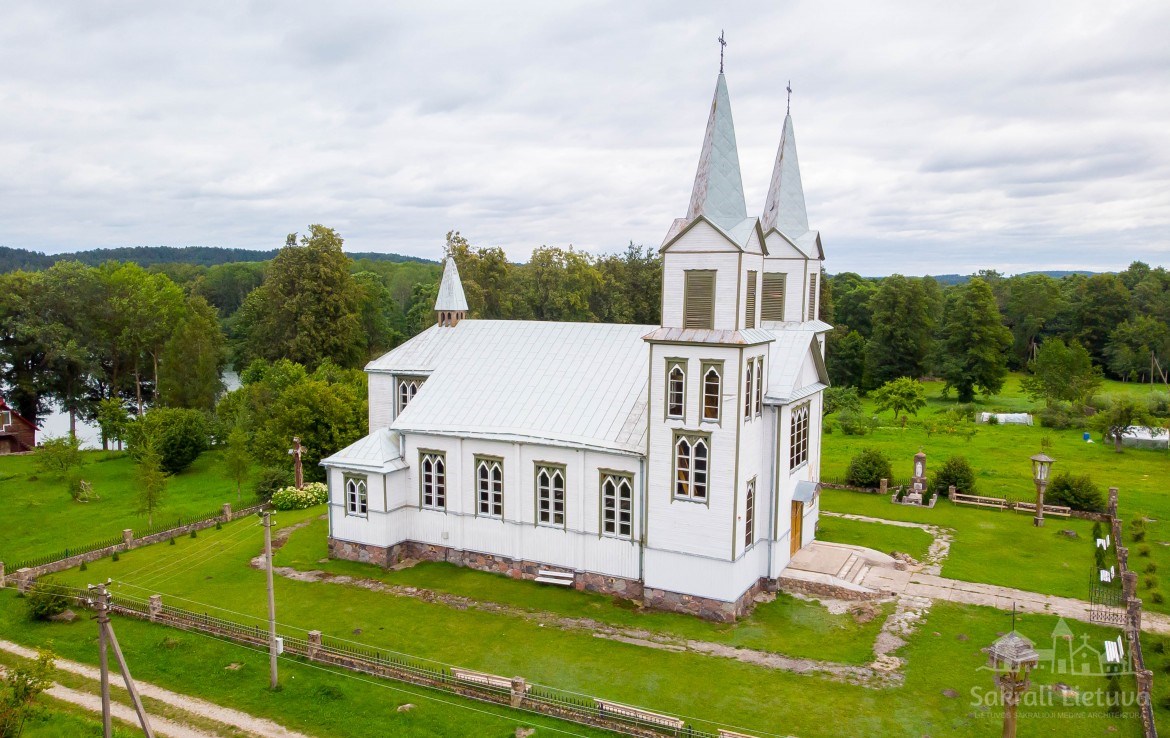 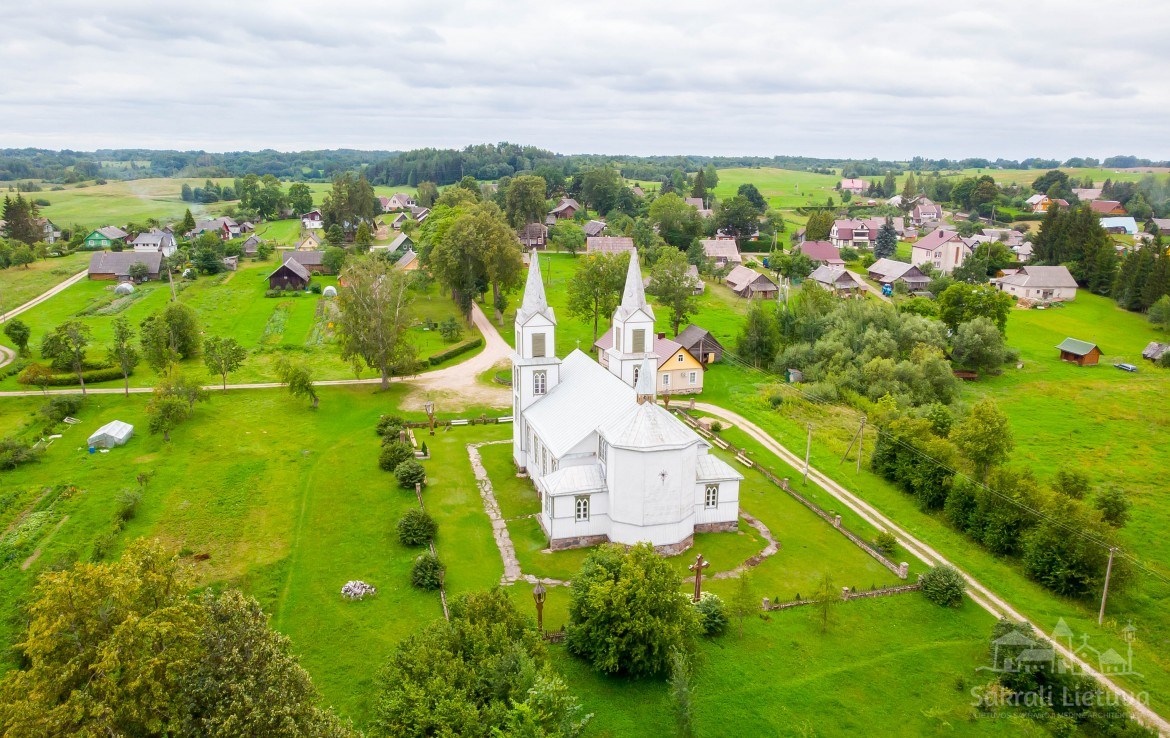 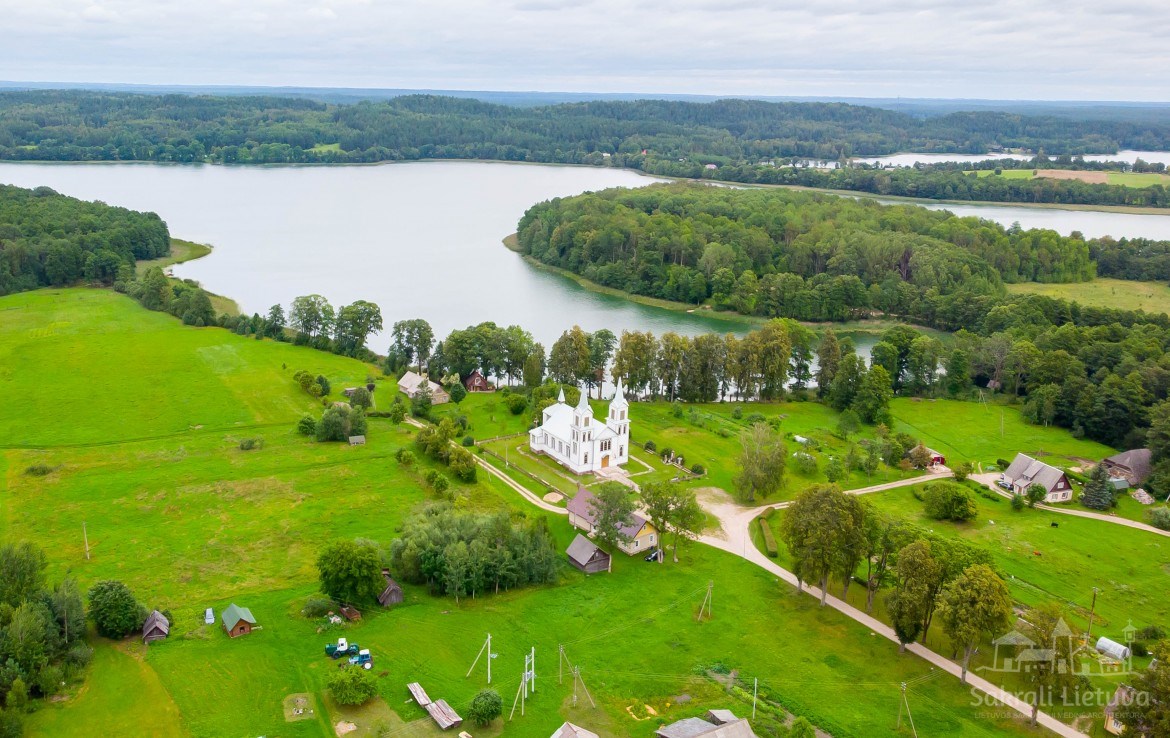 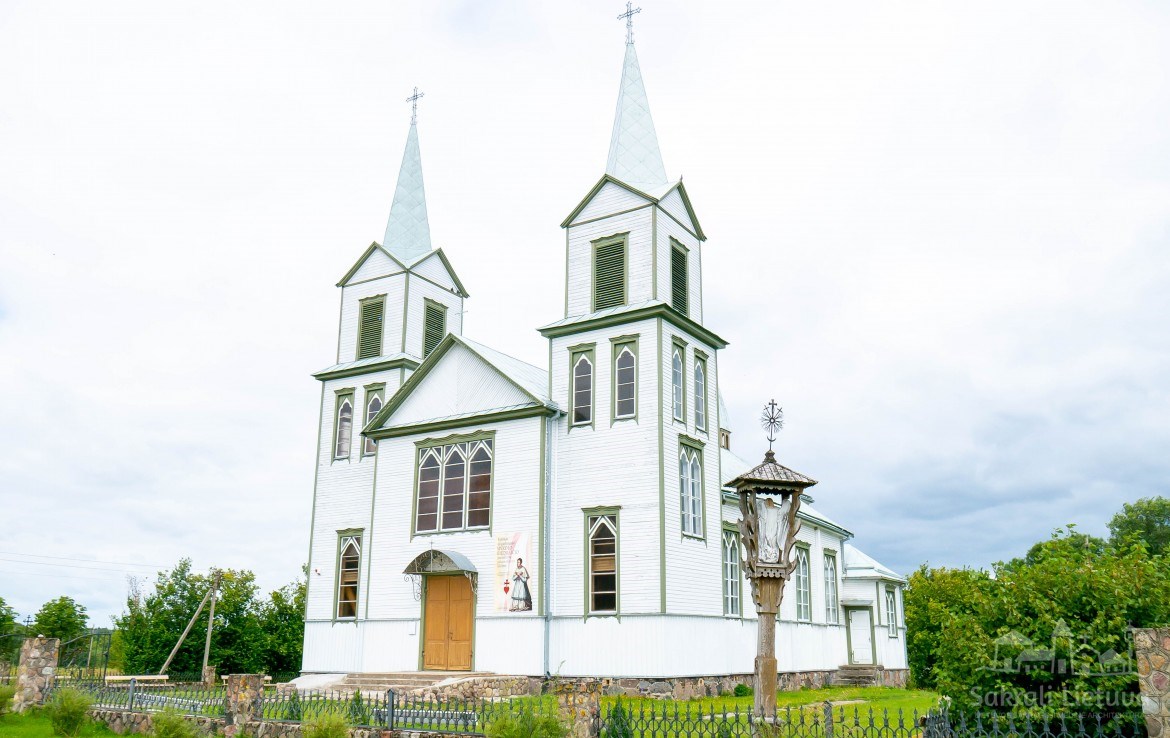 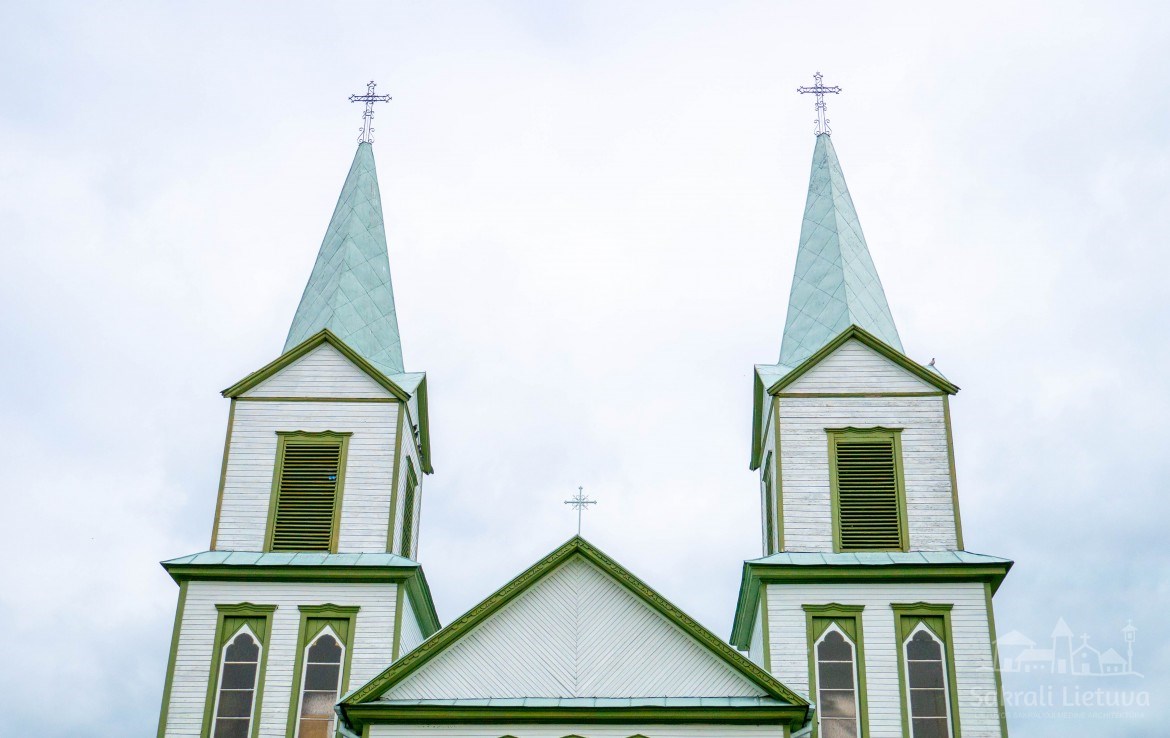 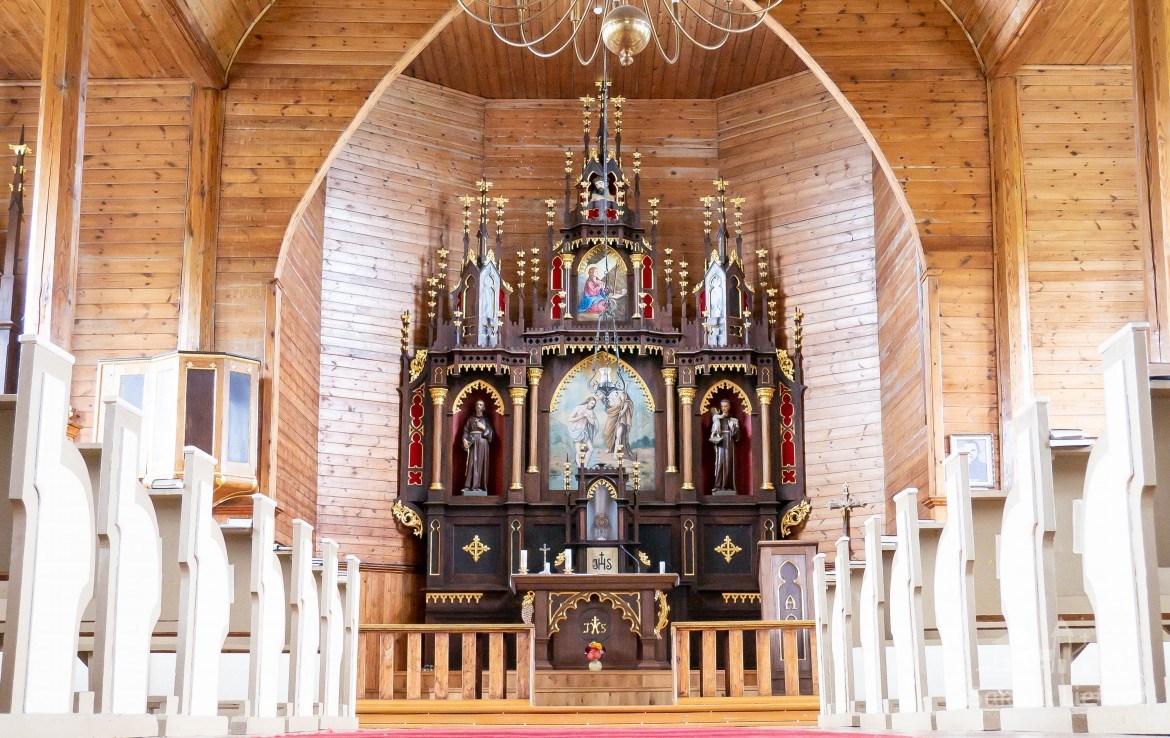 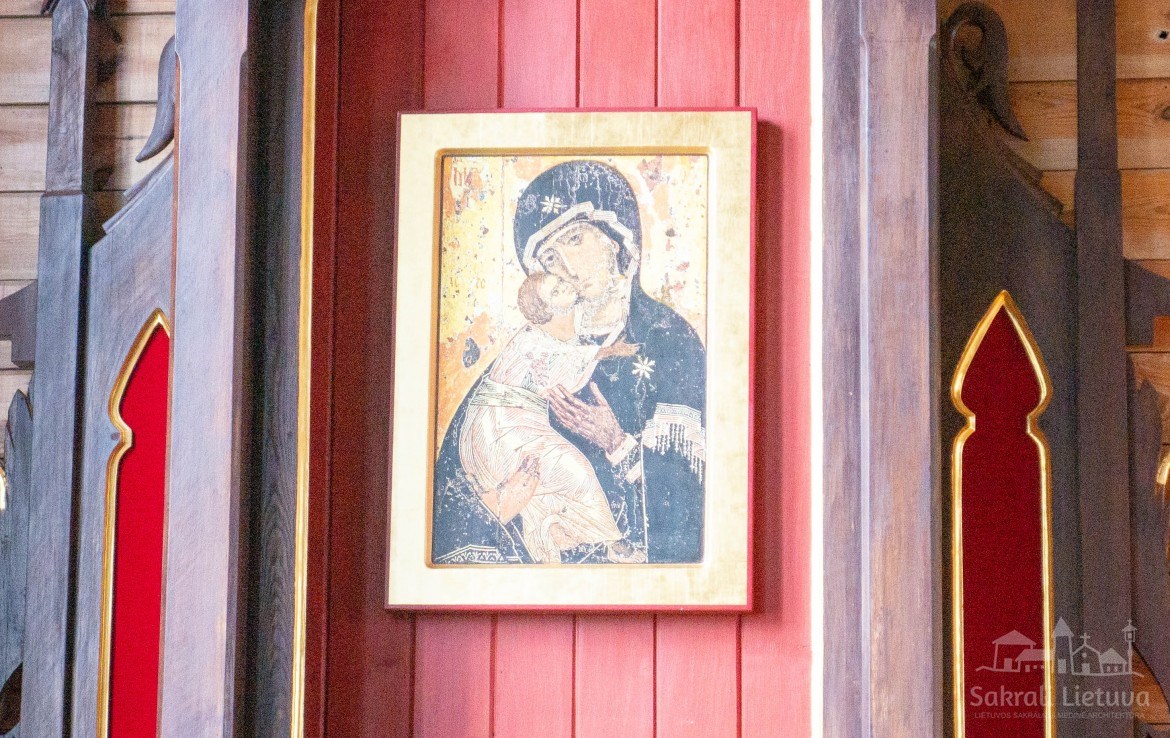 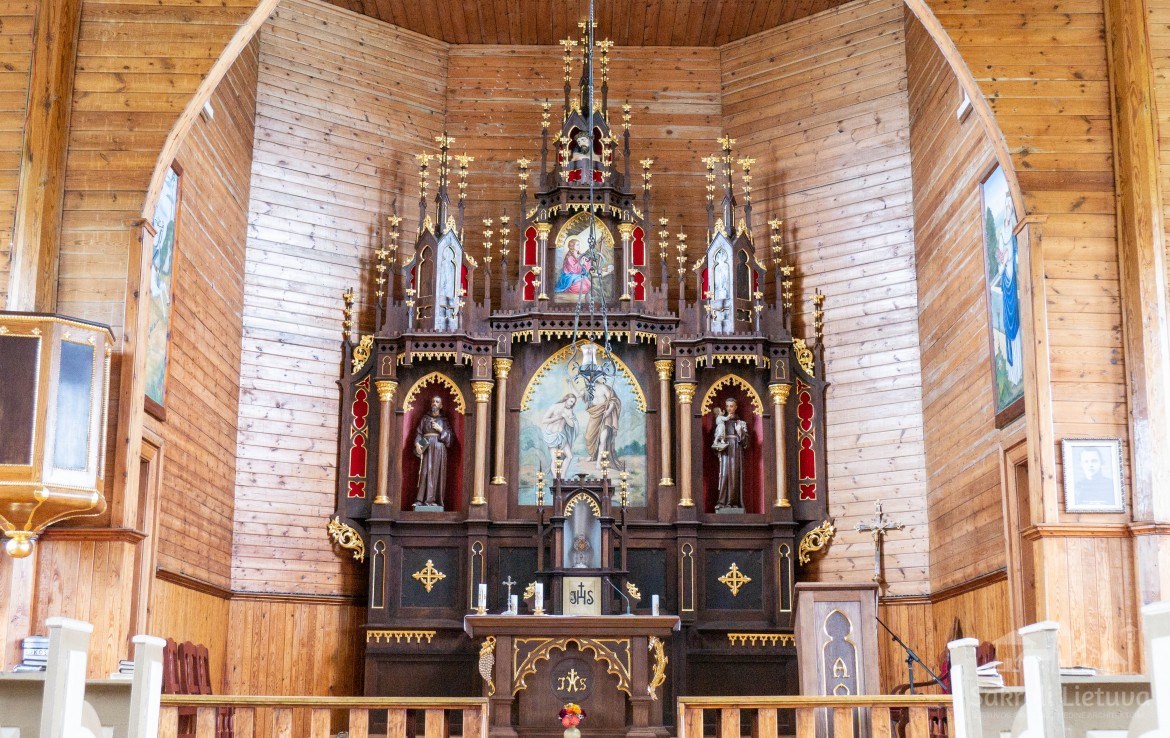 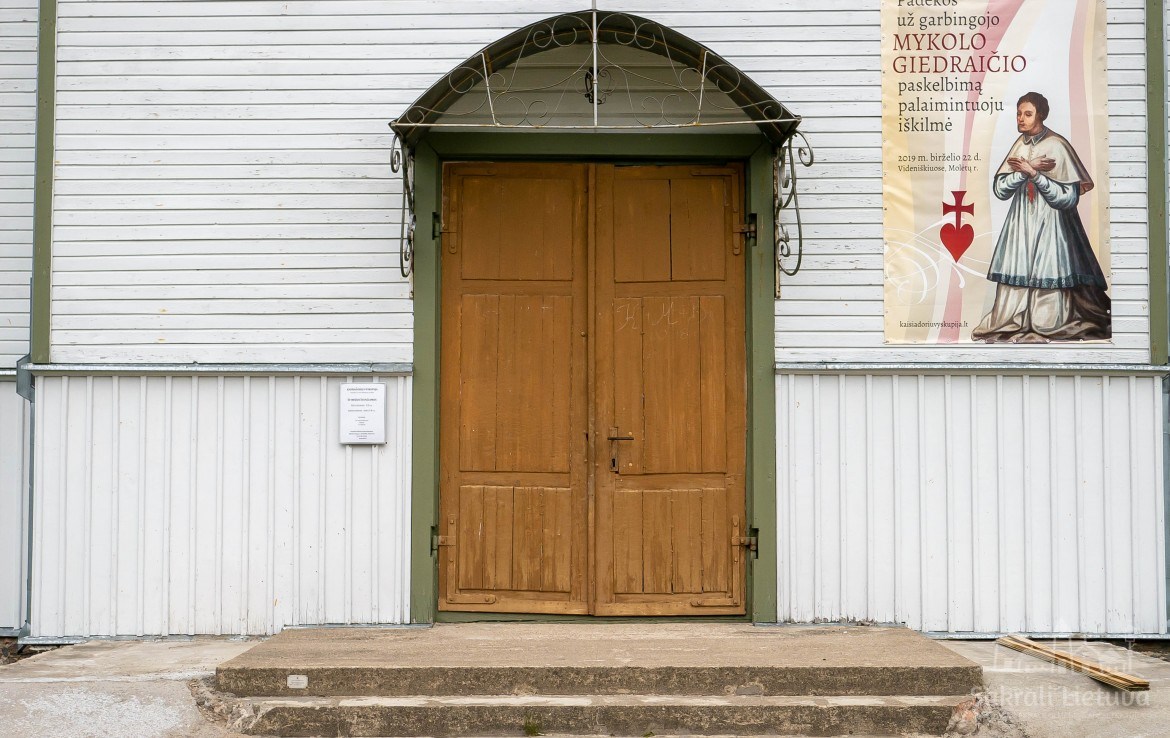 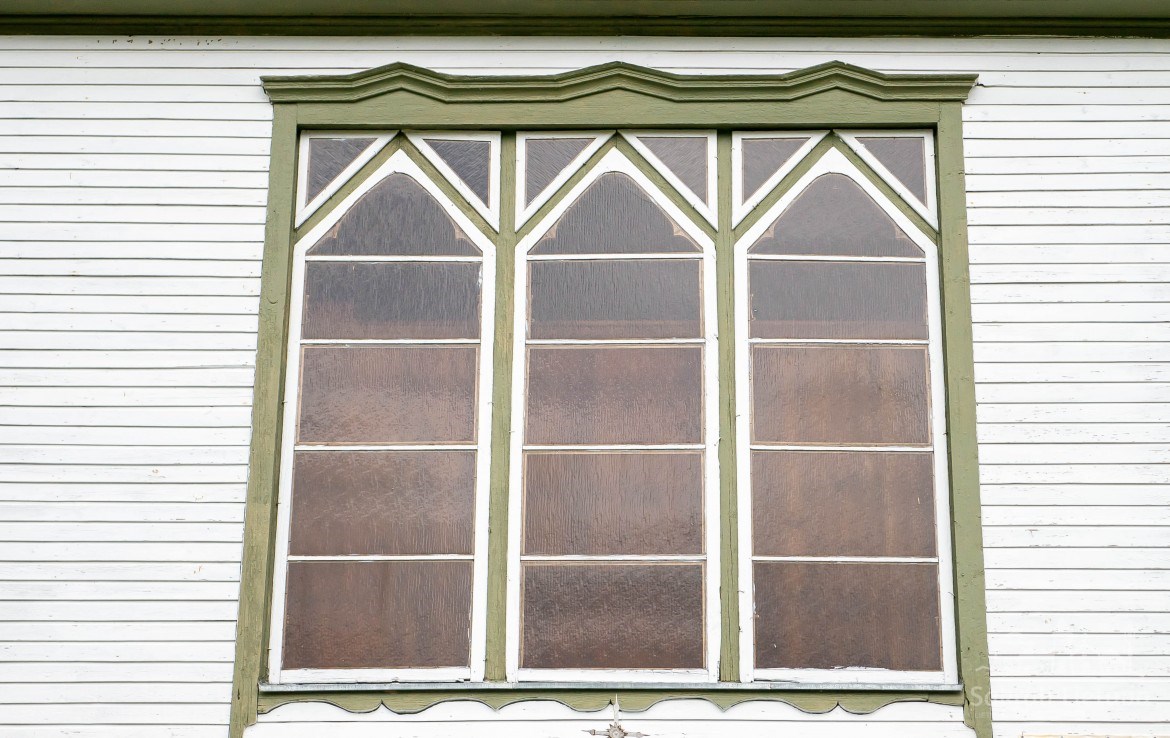 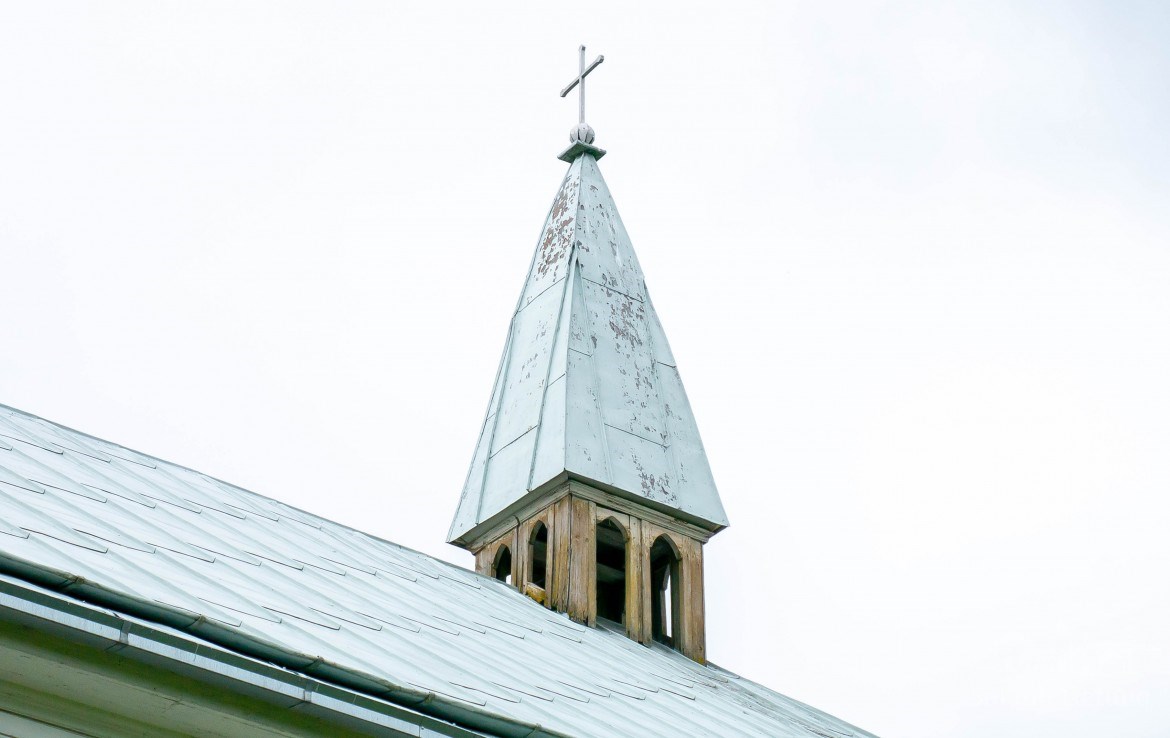 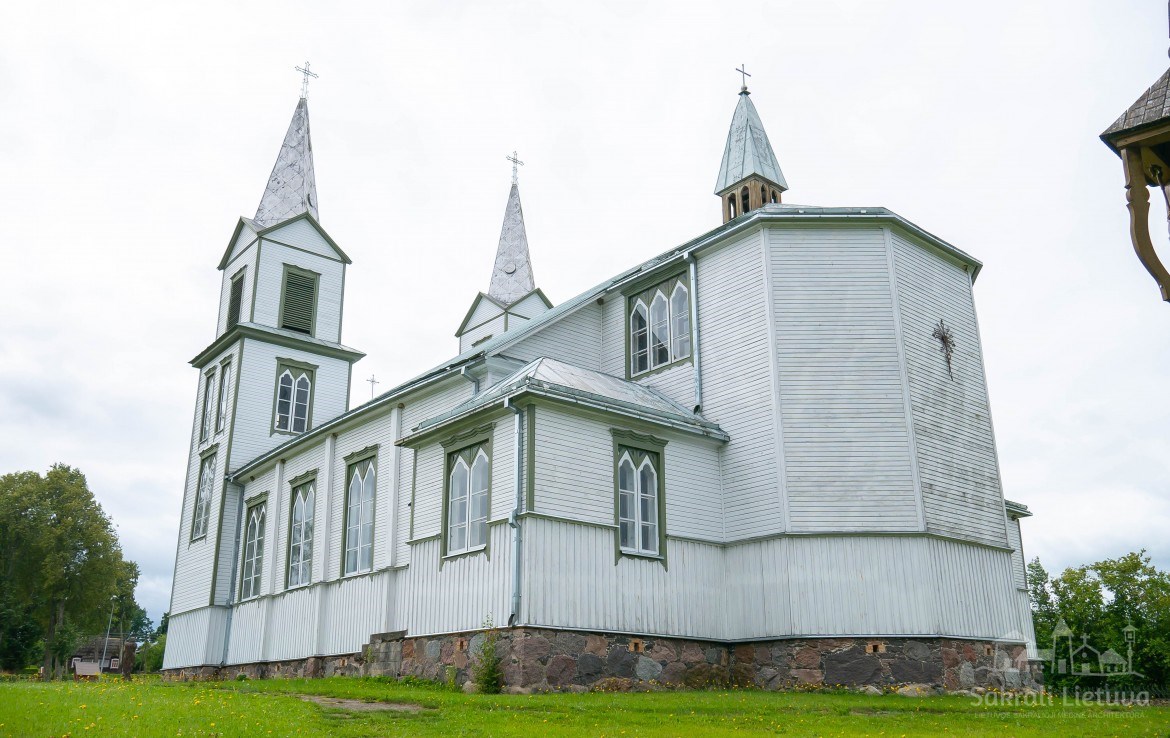