The wooden chapel was built in Kernavėlė manor at the end of the 18th century or the beginning of the 19th century, initiated by the Jazdowski family. In 1822, it was bought thanks to the priest P. Cibovich and relocated close to the wooden church of Kernavė, which was later demolished after the stone church was built. At that time the chapel was used only to store ecclesiastical items, and no service was provided there. In 1875, this sacred building complex was even immortalized in the painting of one of the most famous artists, Napoleon Orda.

A church visitation act in 1830 described the chapel as follows: “an octagonal chapel, with likewise octagonal shingle roof, with an iron cross, still intact walls made of pine wood, not boarded, with a carpentry door; the chapel has 4 windows, the ceiling and floor made of boards, no altar”. Over time, the chapel was left unsupervised and decayed, and during the inter-war period it was in a very poor condition, and the ruined structure was being prepared for demolition, but thanks to the Chairman of the State Archaeological Commission, Vladas Pryšmantas, the chapel was preserved and covered with a new roof. In 1959, the building was renovated and again covered with vertical boards on the outside. In 1986, a restoration design was developed.

Repeatedly maintained and restored, the chapel remained close to its authentic look in terms of appearance. The chapel of an octagonal layout built on a field stone wall is covered with an octagonal shingle roof, the facades are covered with vertical boards with narrower planks. The walls have rectangular door and window holes. The walls are made of hewn logs, and there is a wooden joist ceiling indoors. There are fragments of polychromatic finishing of the ceiling, walls, columns. The top of the chapel is decorated with a highly artistic ornamented cross made by a blacksmith. The chapel of the octagonal layout is a typical example of folk architecture of that time, with very few surviving to this day.

During the restoration of the wooden chapel, a “living stone”, similar to a hen’s egg, was found. Bioenergy practitioners claim that it is a ritual stone dating back to pagan times and filled with spiritual energy. 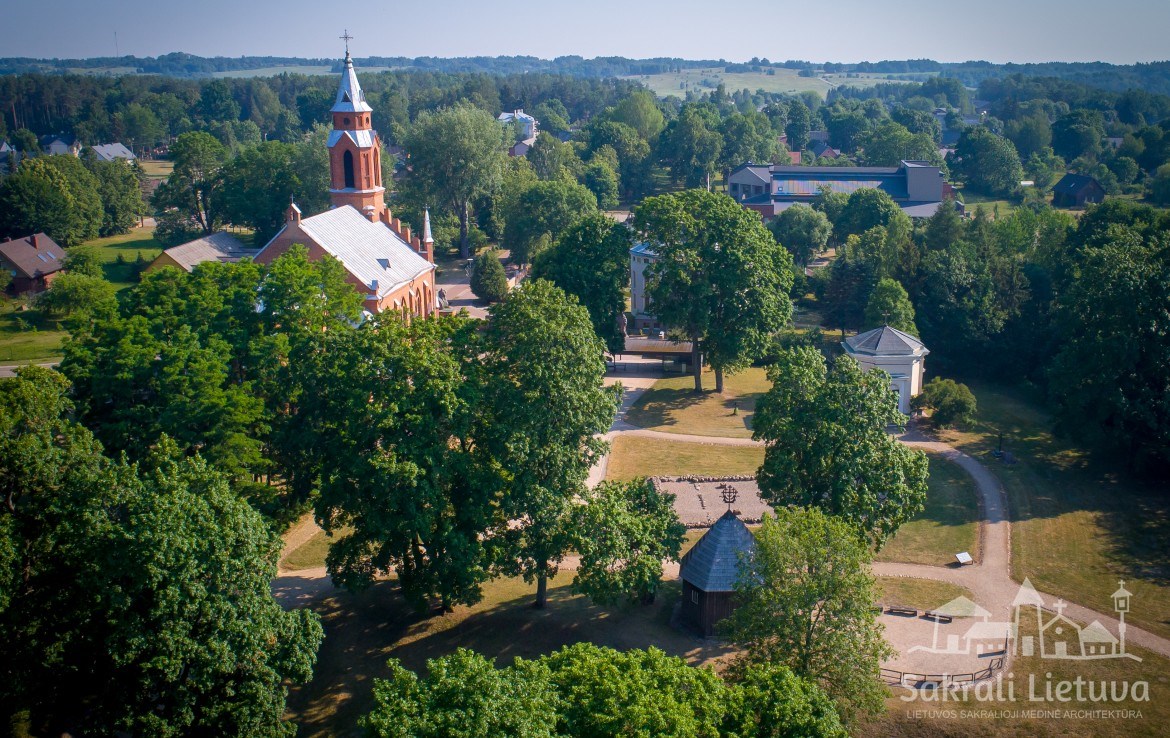 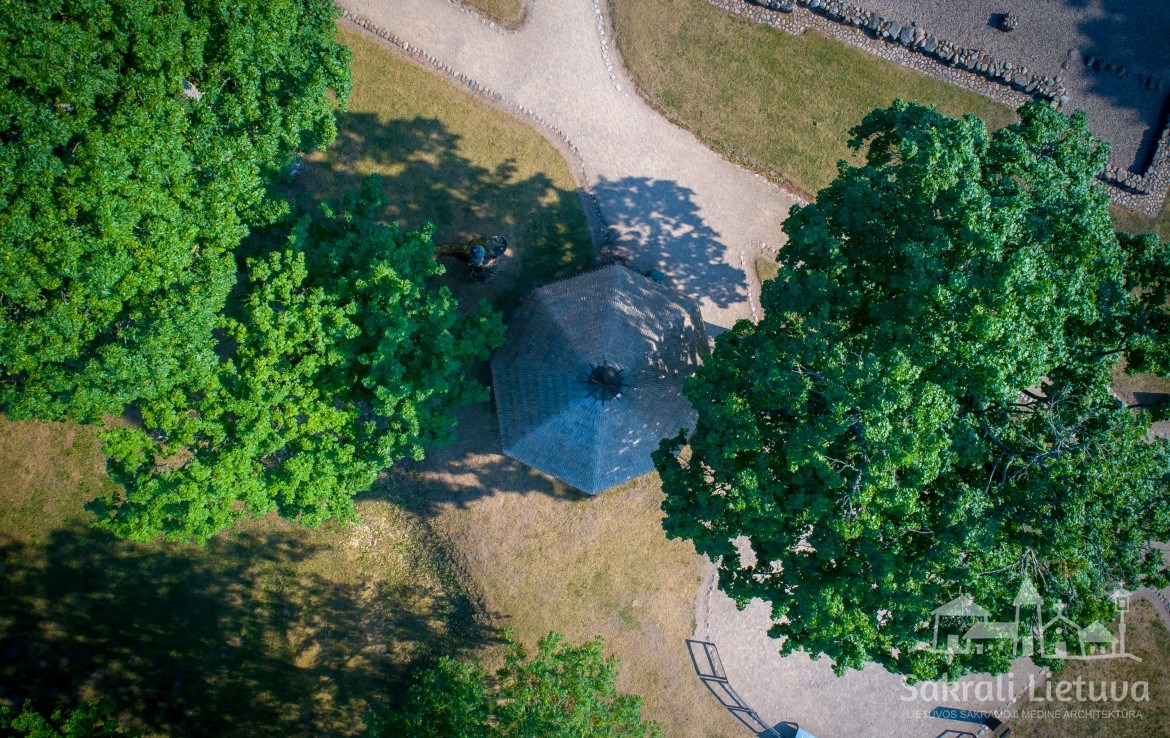 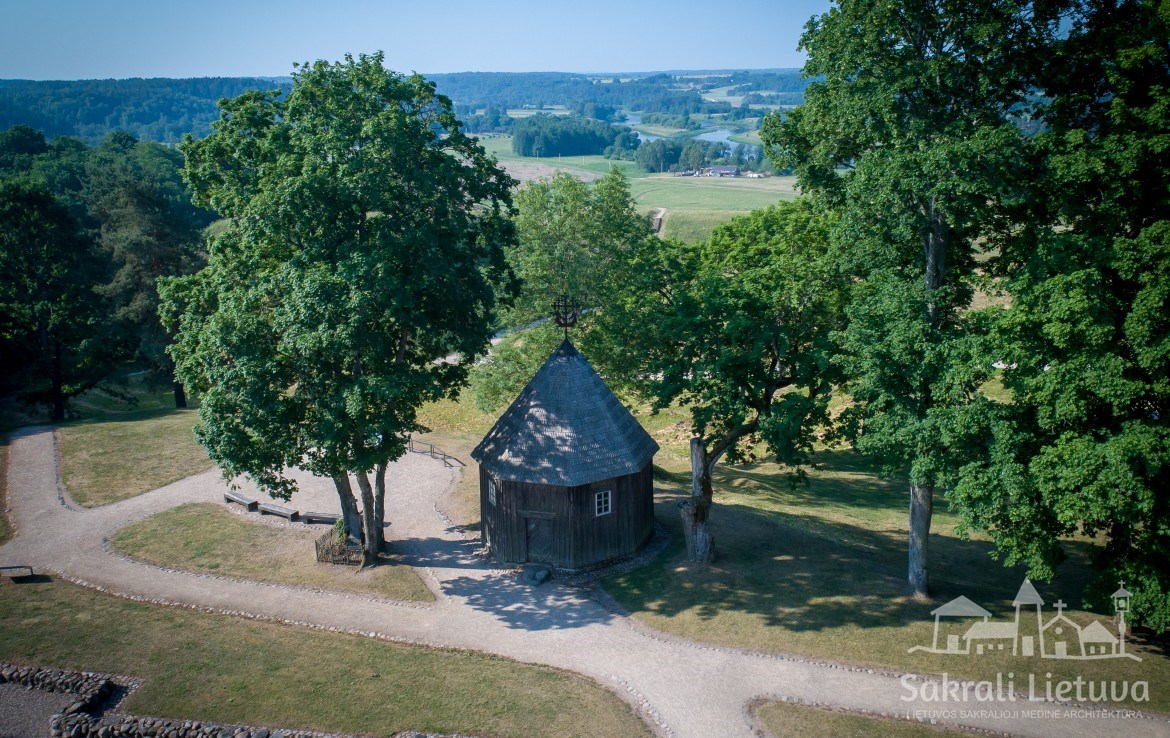 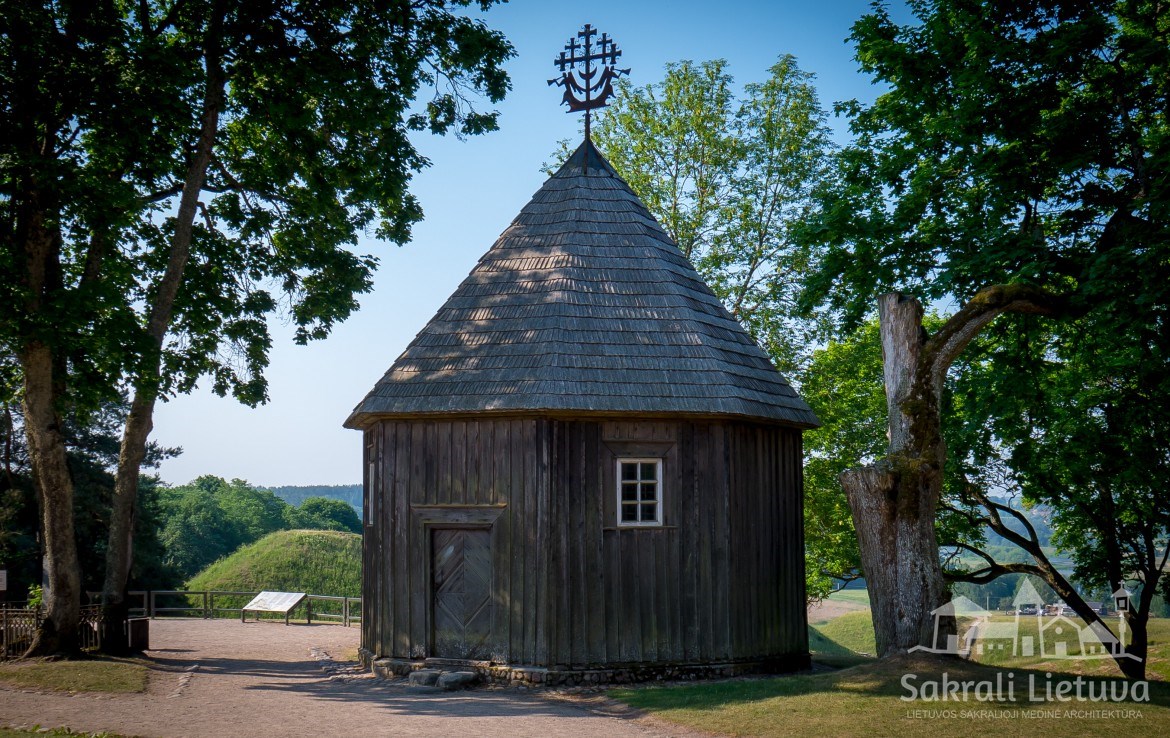 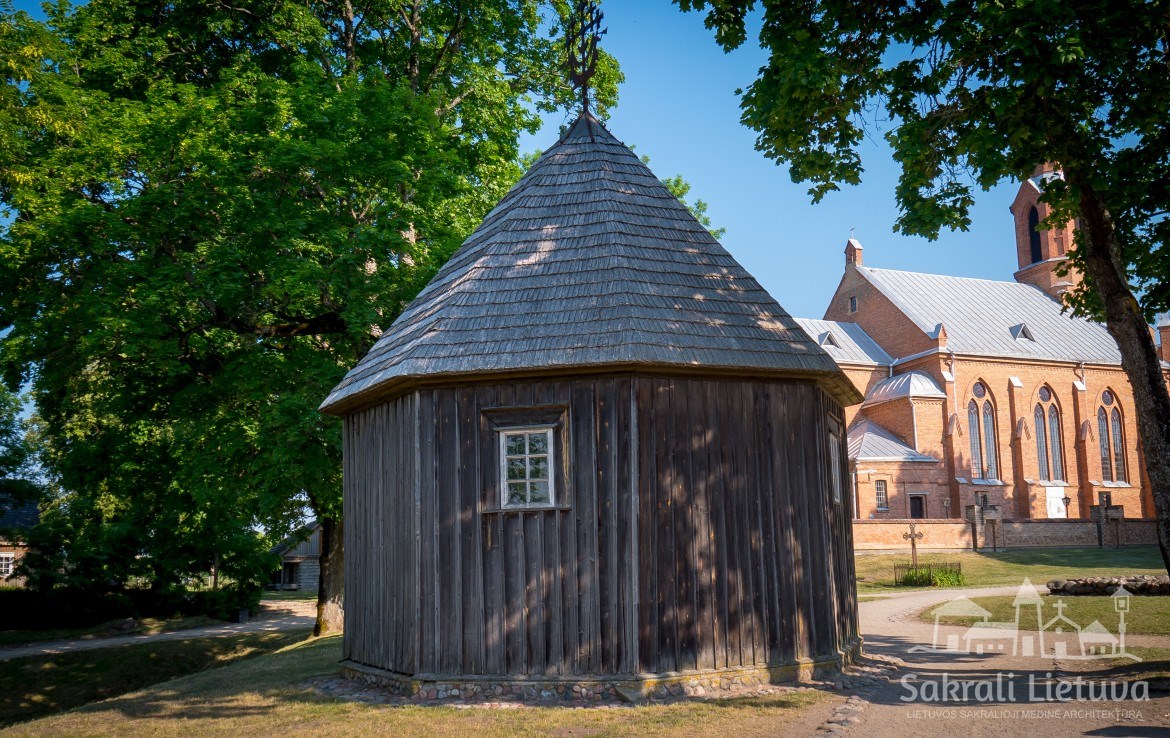 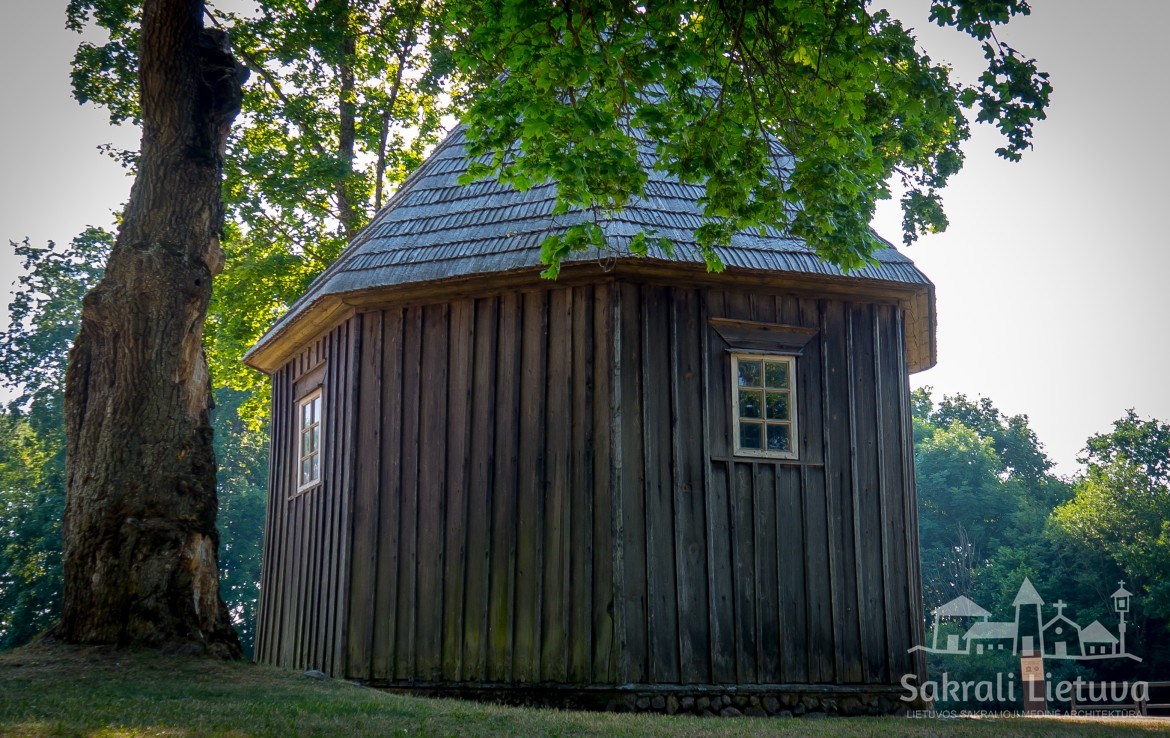 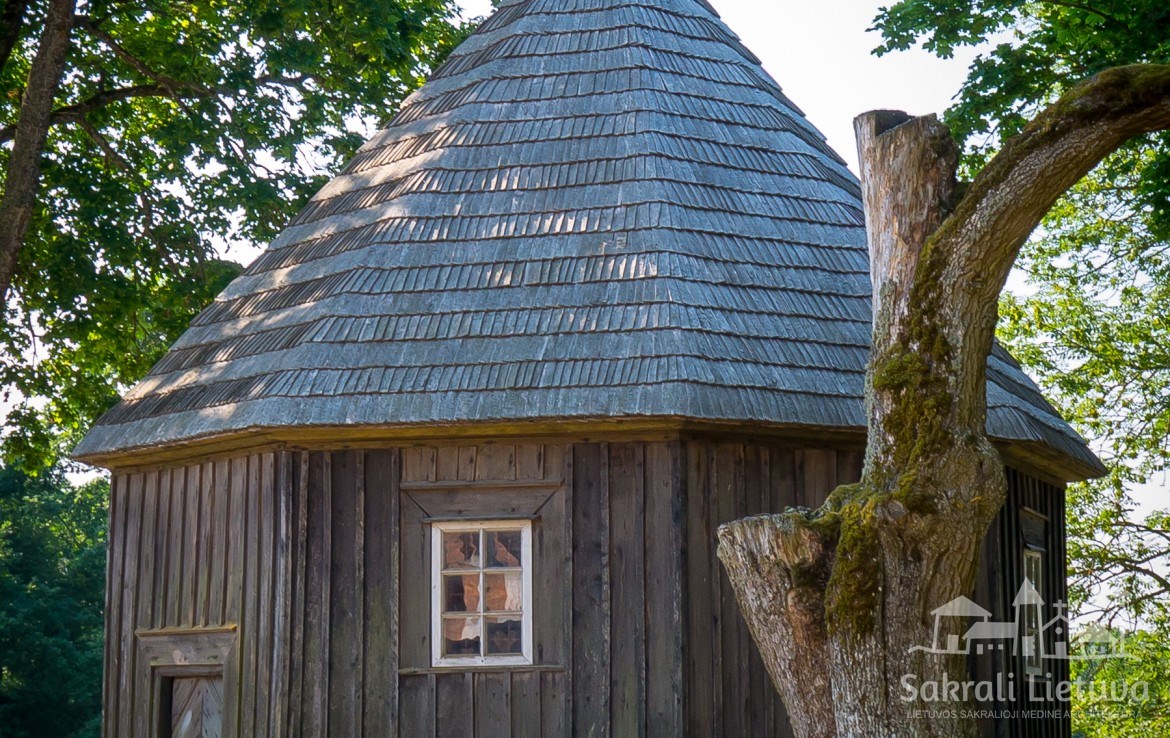 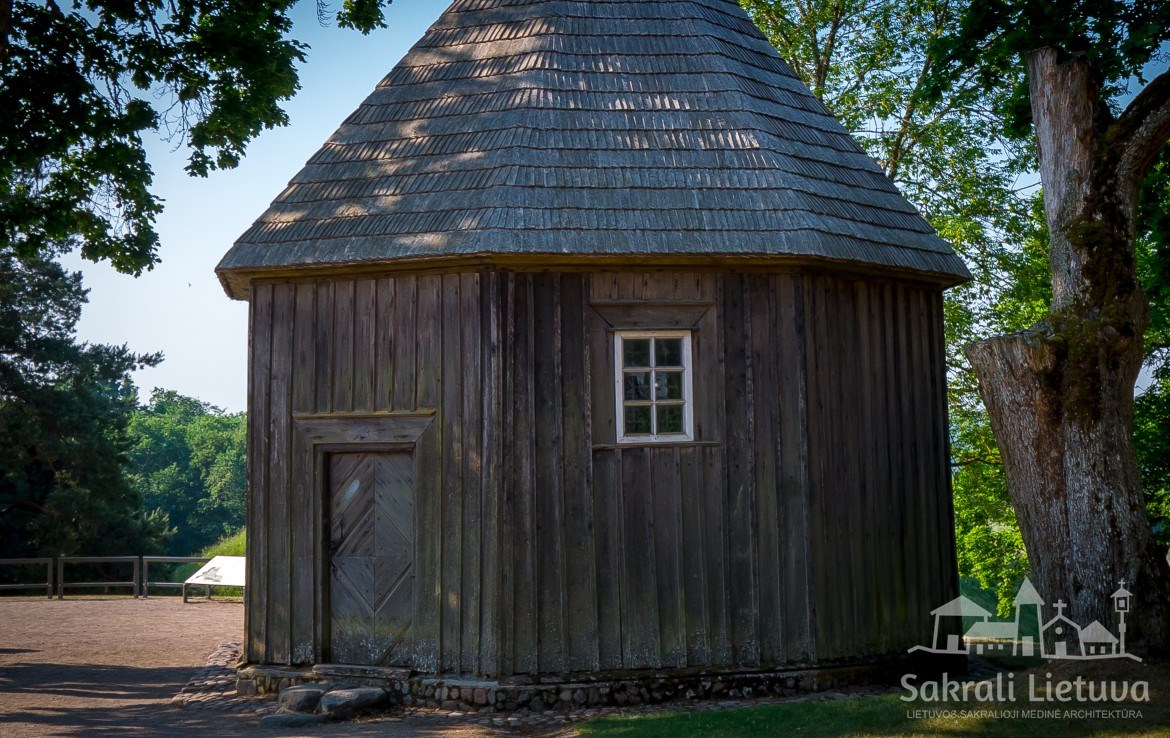 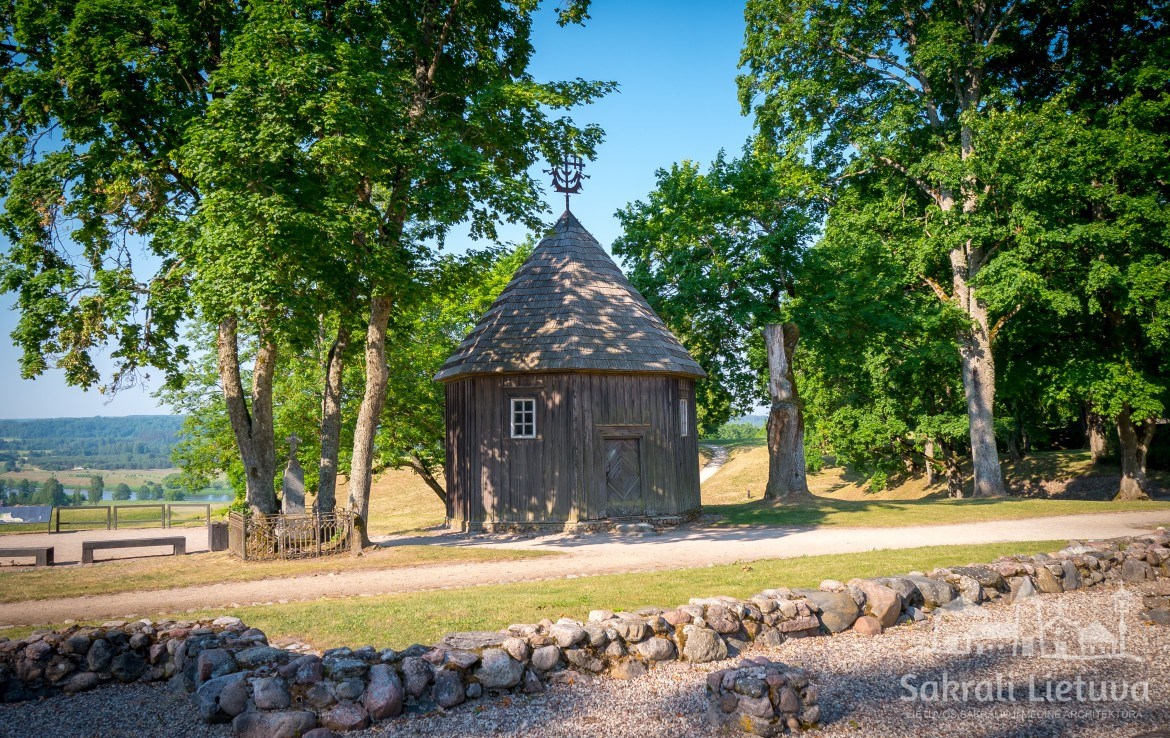 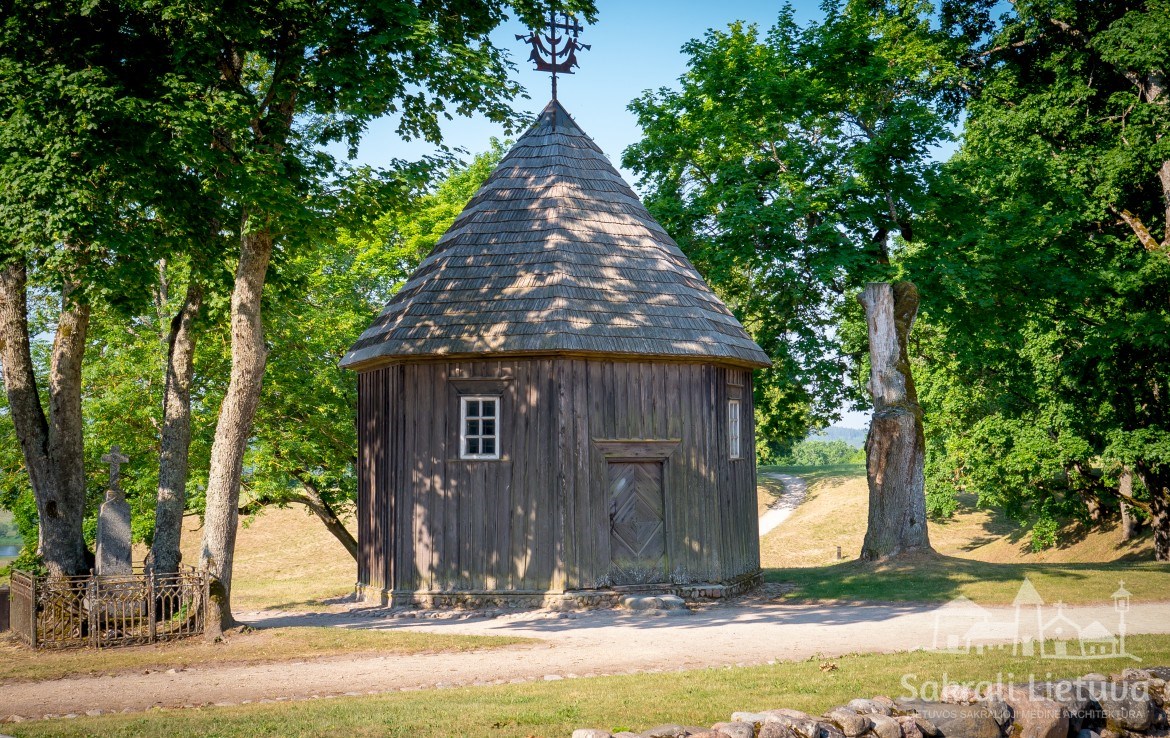