In 1634, Mykolas Sapiega donated jurisdiction in Kartena town, and Gudelikė folwark with the villages of Abakai, Budriai and Šmilkčiai, to the church. In 1639, he funded a parish school, and in 1764, the first wooden church was built, which burned down in 1873. A permission for building a masonry church was requested, but in 1847 a permission to build a wooden church was received. After 1875, a wooden neo-Baroque church was built in Kartena. In 1881, the Bishop A. Beresnevičius consecrated it, giving it the name of the Assumption of the Most Blessed Virgin Mary.

Kartena Church is one of the most ornate wooden neo-Baroque buildings in Lithuania. It is exceptional even in the Lithuanian Baroque context. Two-tower Baroque and neo-Baroque churches are abundant in Lithuania, and the single-tower church of this style has survived only in Kartena.

The church is a rectangular layout, with two turrets and attached sacristies. Its layout is shaped like a Latin cross, and it has the basilica volume. The main facade is dominated by a tall neo-Baroque pediment with curlicues alien to woodcarving, and a stepped rectangular turret. The turret resembles a miniature belfry raised above the church roof. The center of the pediment is accentuated by a large rectangular window. Narrow decorative elements extend on both sides of it from the top to the crowning cornice. The churchyard is surrounded by a stone fence with a pseudo-Gothic gate of burnt brick, with a pyramid tower in the center and blacksmith-forged, ornamented crosses. 14 stonework chapels, a couple of crosses and chapel poles are on its outskirts, and a wooden belfry of large proportions, built in 1860, is located in the southern corner.

As with other wooden churches, most Baroque forms and solutions were borrowed from professional masonry Baroque. In many cases, they are balancing on the brink of professionalism and folkness. The architecture of Kartena Church attempts to imitate towerless sacred Baroque buildings, but the facade proportions, the planar solution and the turrets at both ends of the roof are associated with the folk architecture tradition.

The spacious interior of the church has the central nave separated from the side ones by rectangular pillars with capitals. Following the trends of Baroque architecture, vault-shaped ceiling overlays in this style spread among wooden churches in Lithuania. This may also be seen in Kartena Church: the high, well-lit middle nave is covered by a convex ceiling, and the lateral nave overlays are flat. Three rich and artistic altars of neo-Baroque forms, and a plastic pulpit with a canopy attract attention in the presbytery and the chapels.

A striking feature of the Baroque churches is the organ area with its ornate organ casing. The choir, as usual, is located at the end of the central nave and is surrounded by a graceful balustrade. A gallery is installed at the bottom of the Kartena Church choir.

Church of the Assumption of Holy Virgin Mary and Belfry of Kartena - Kretingos g. 4, Kartena 97341, Lietuva 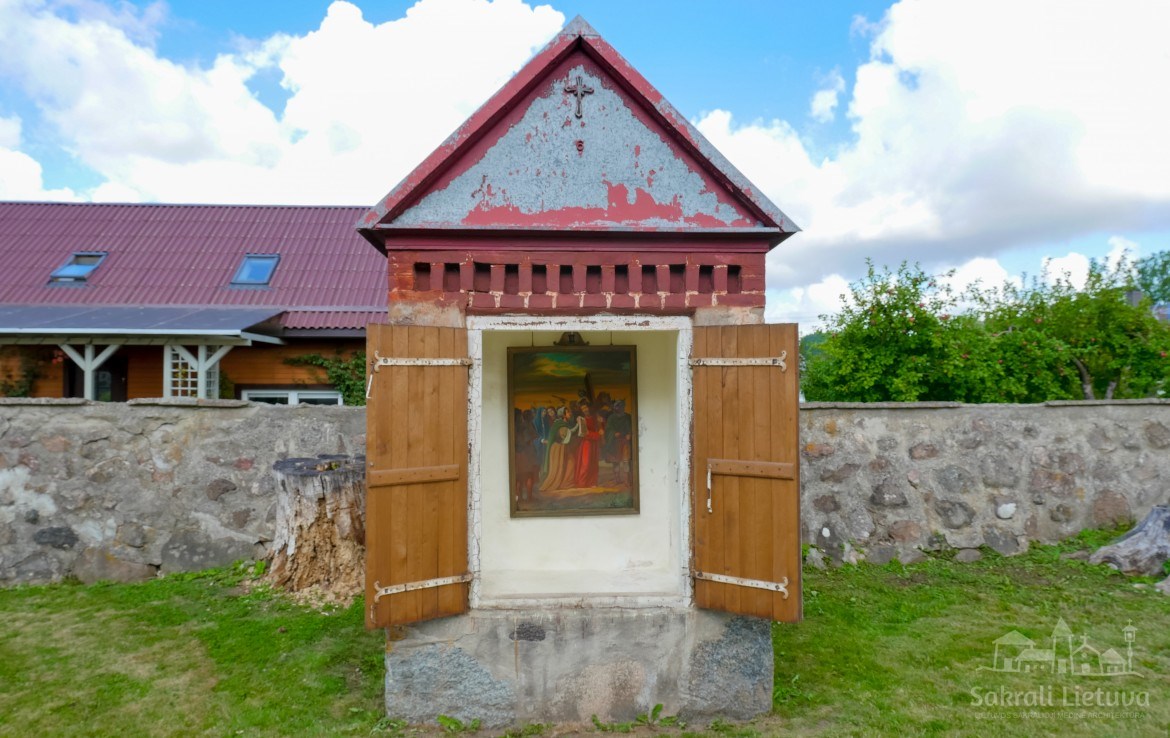 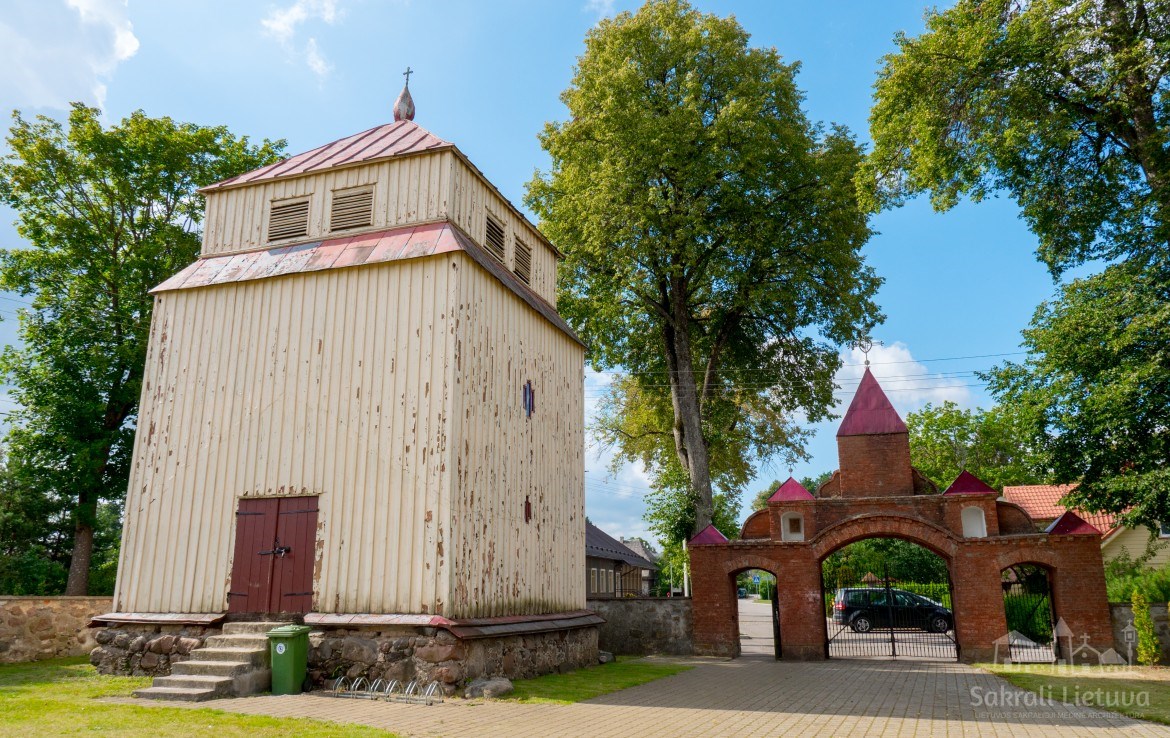 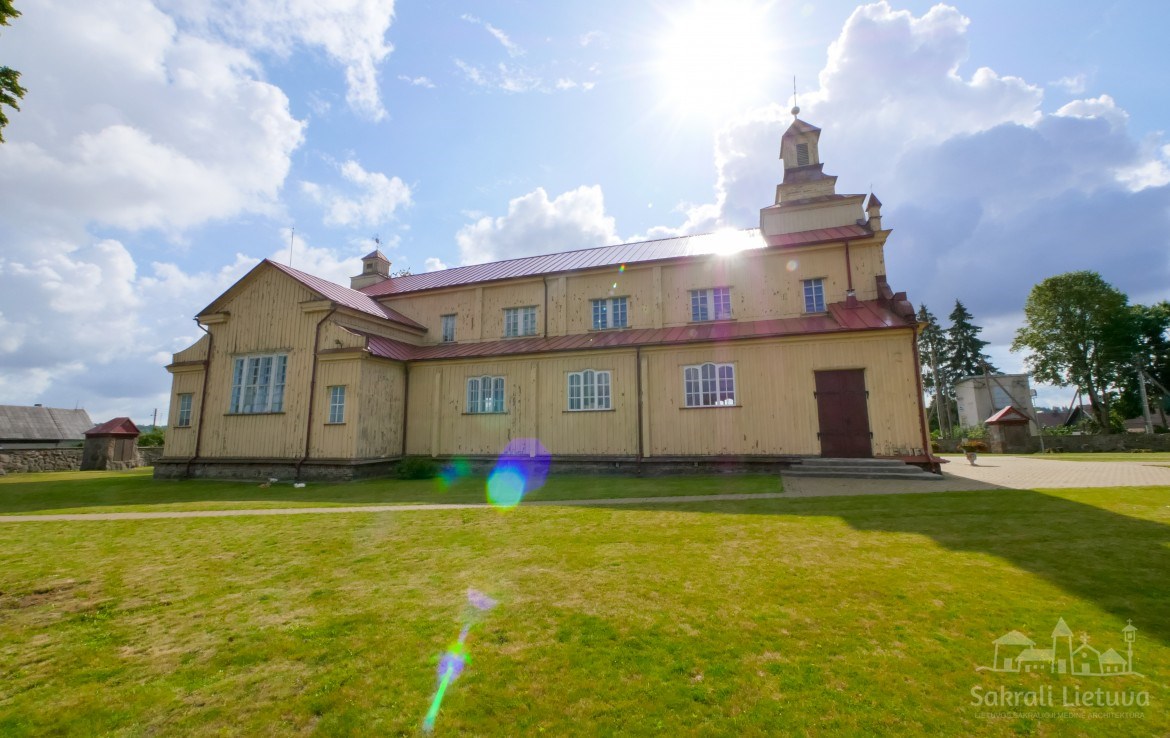 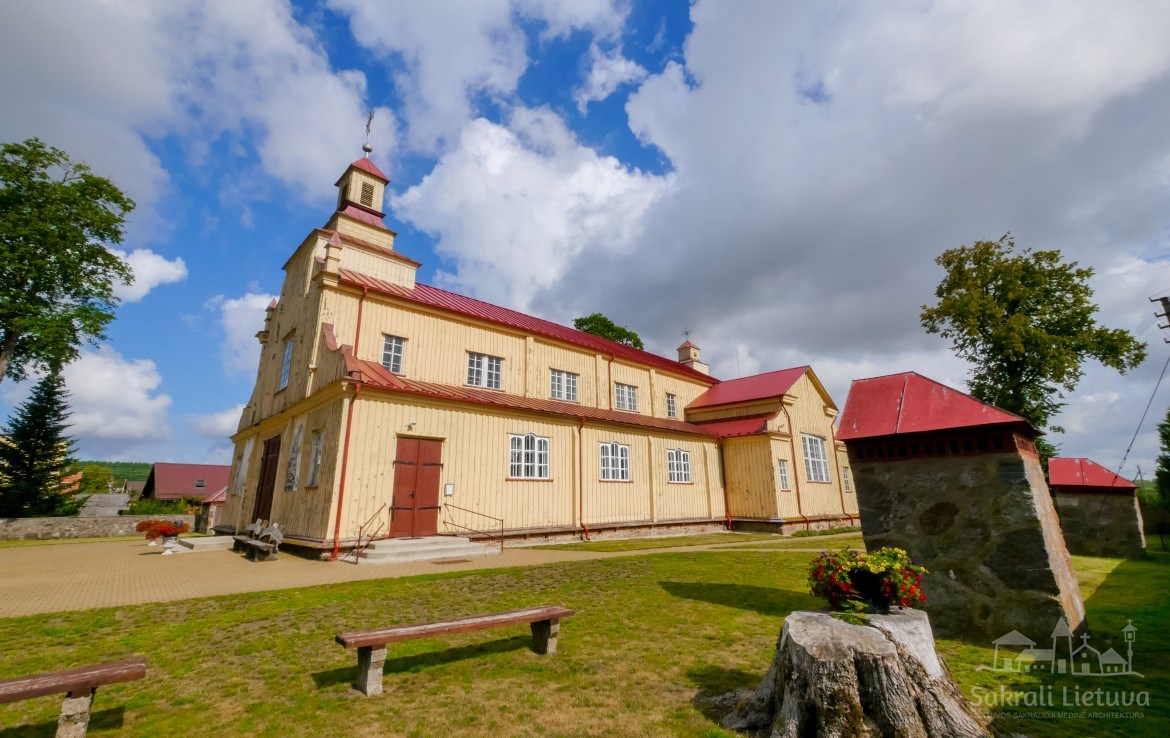 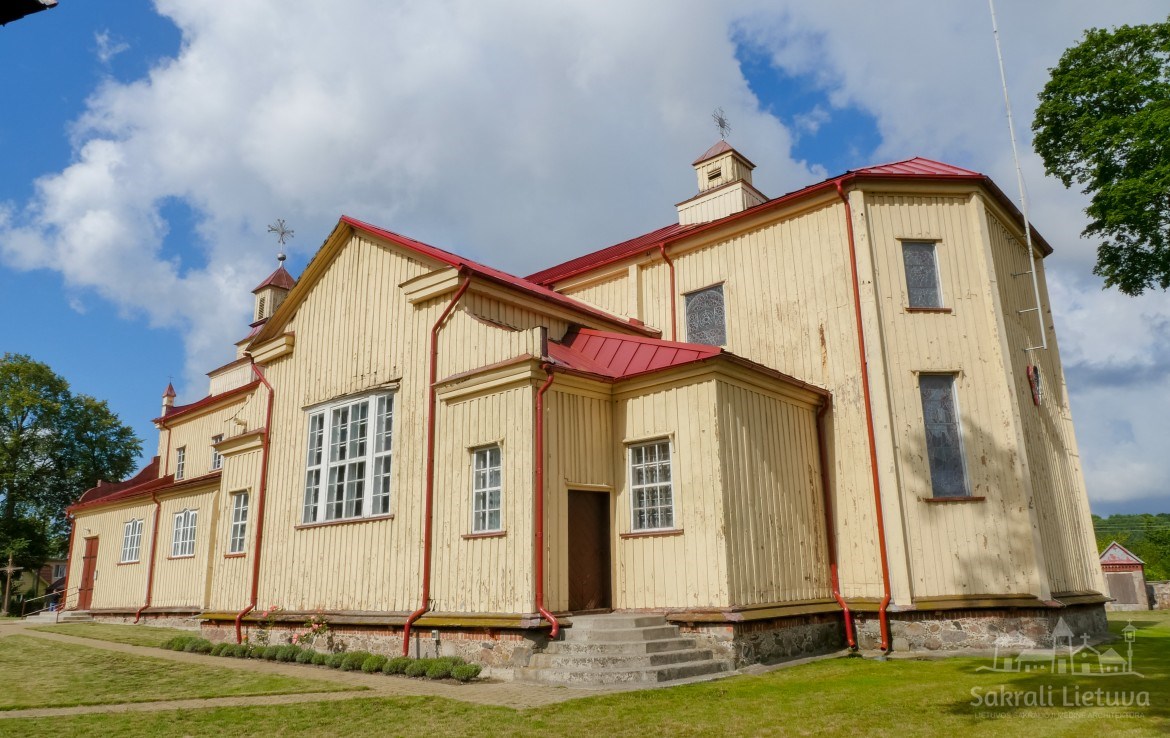 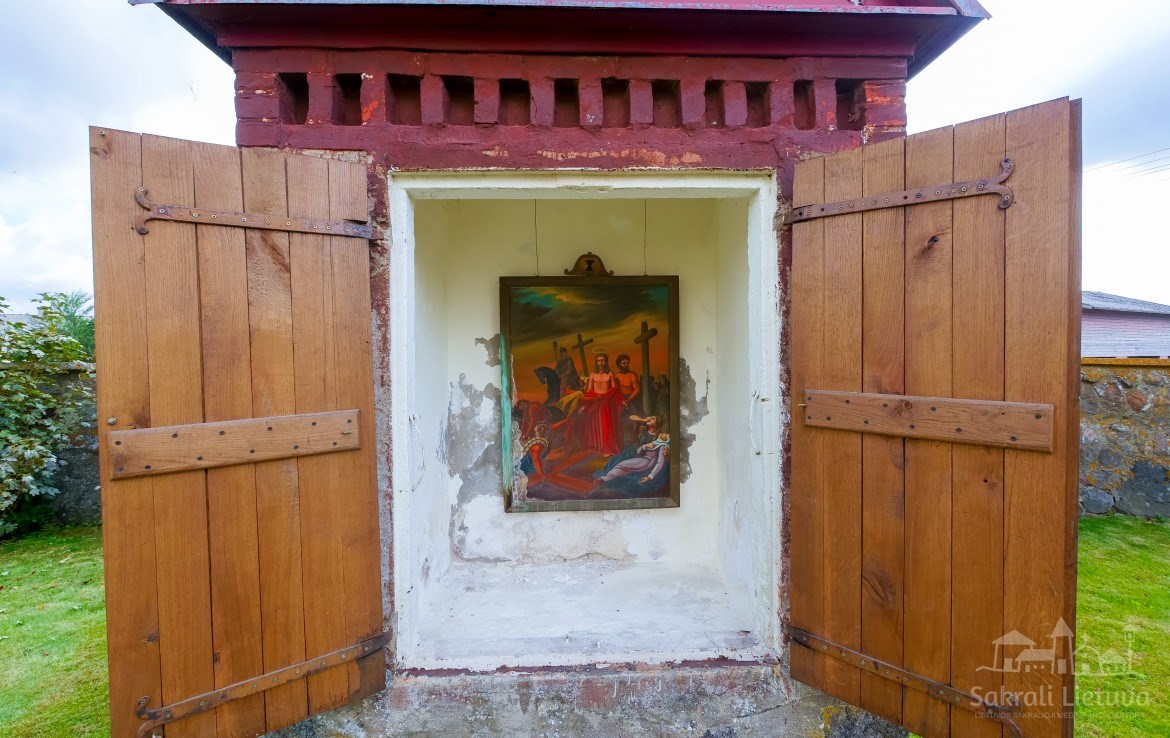 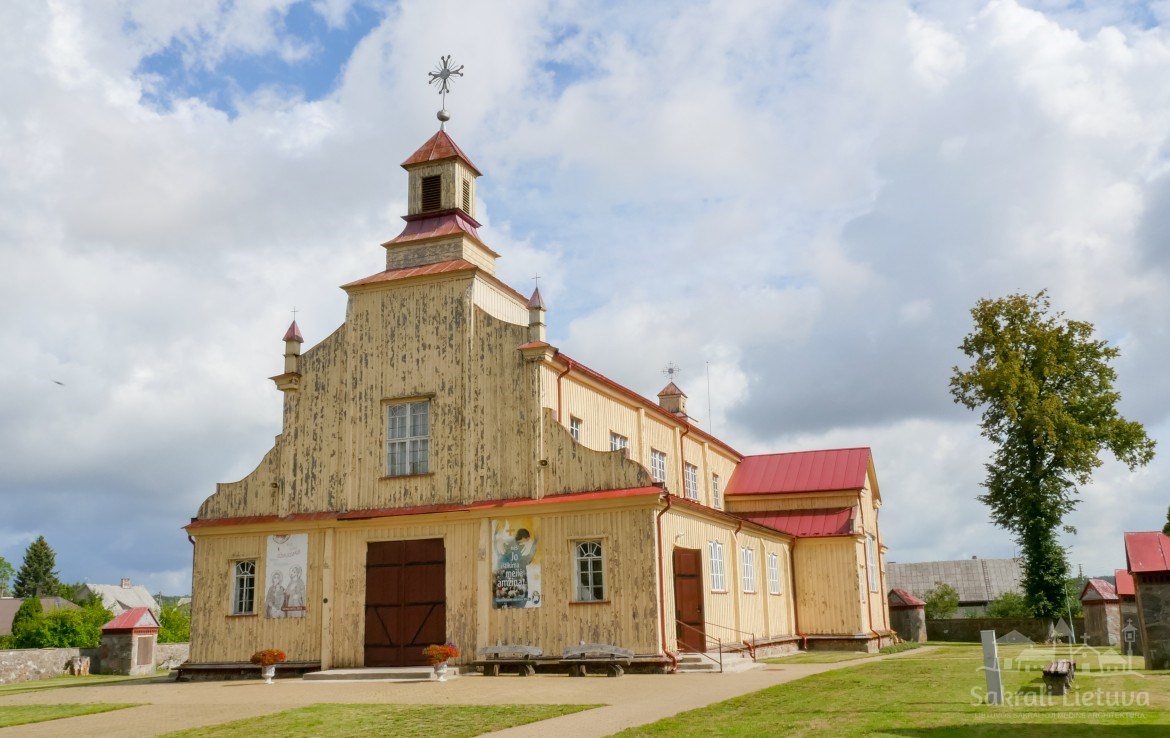 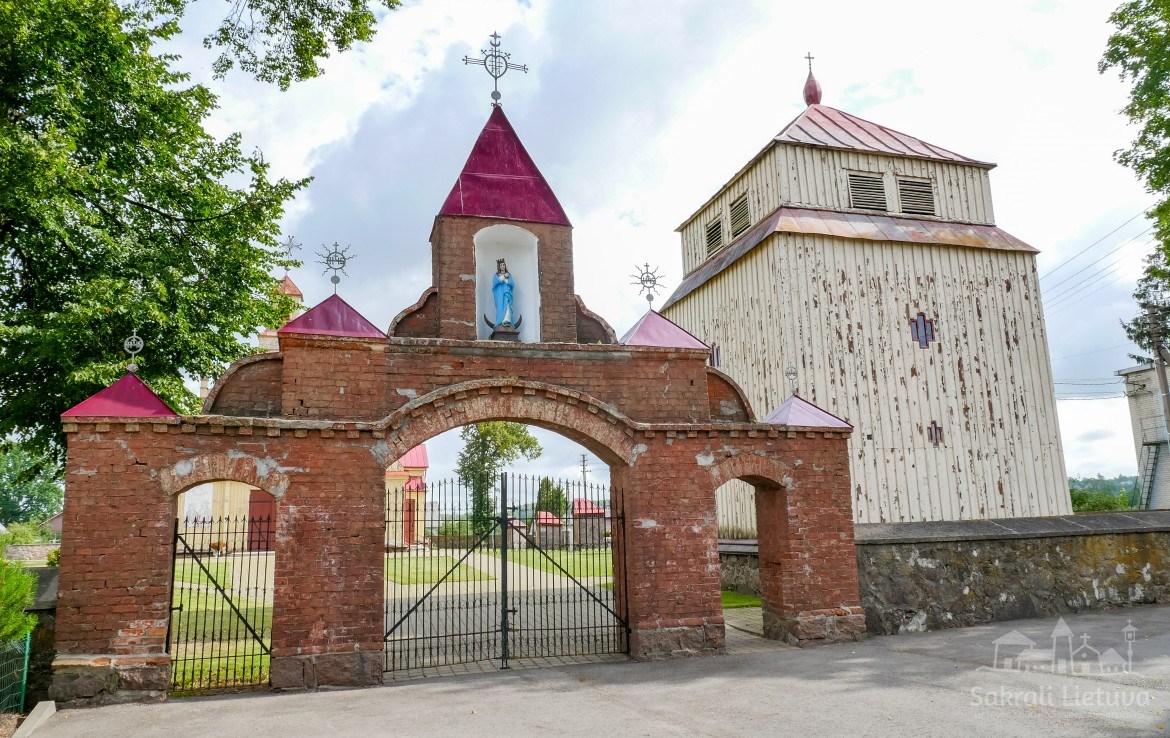 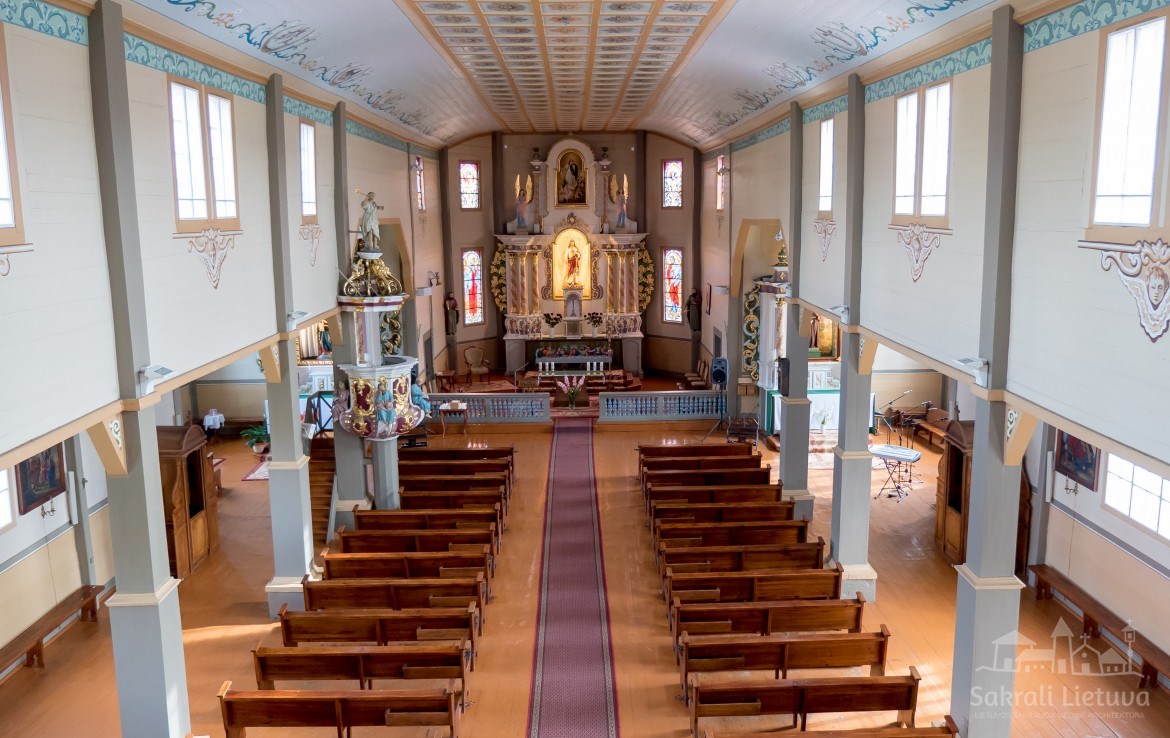 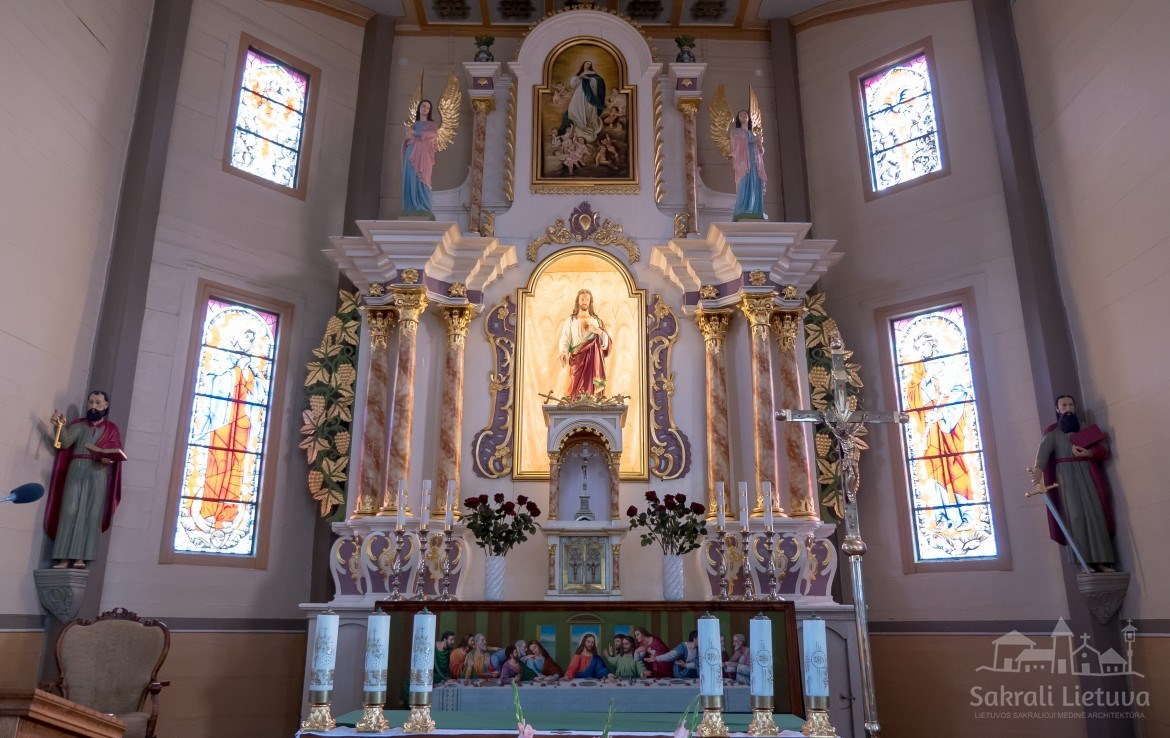 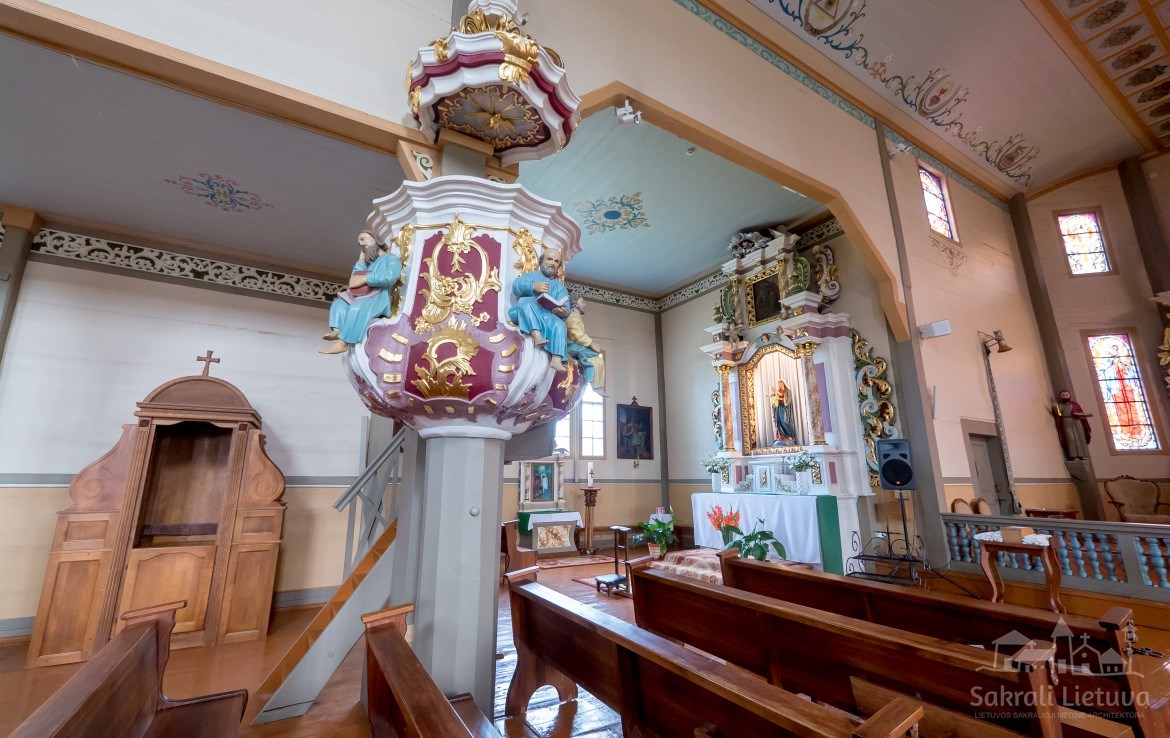 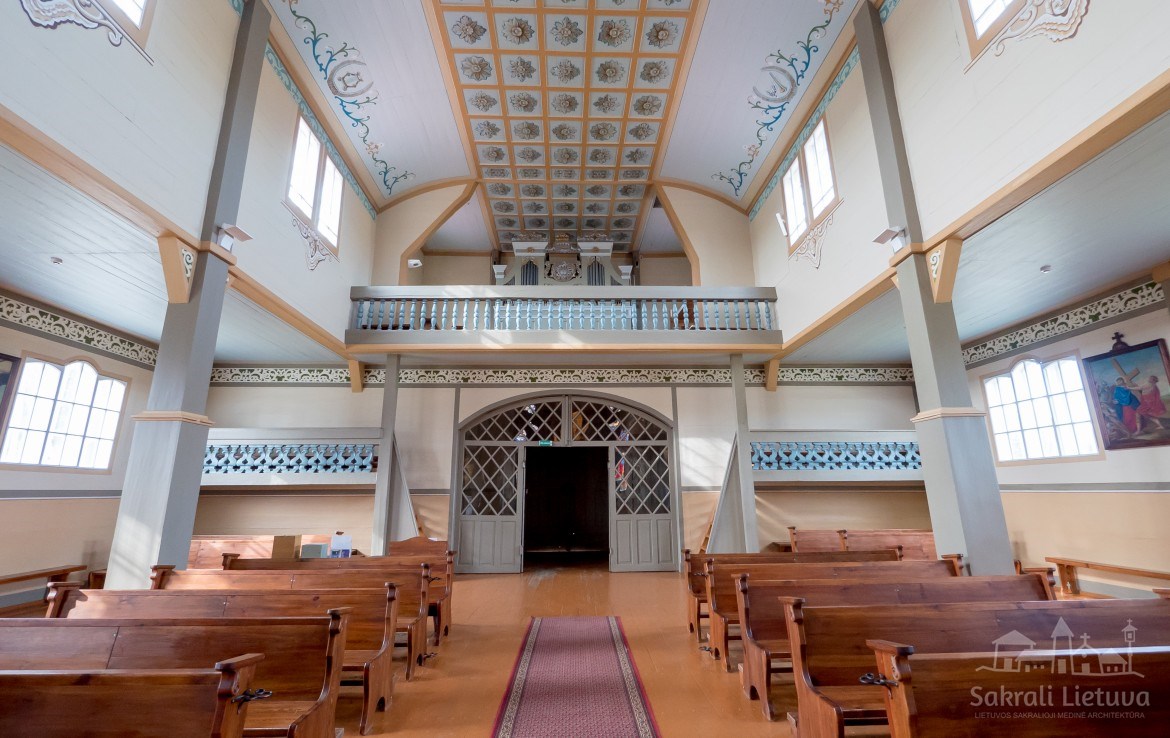 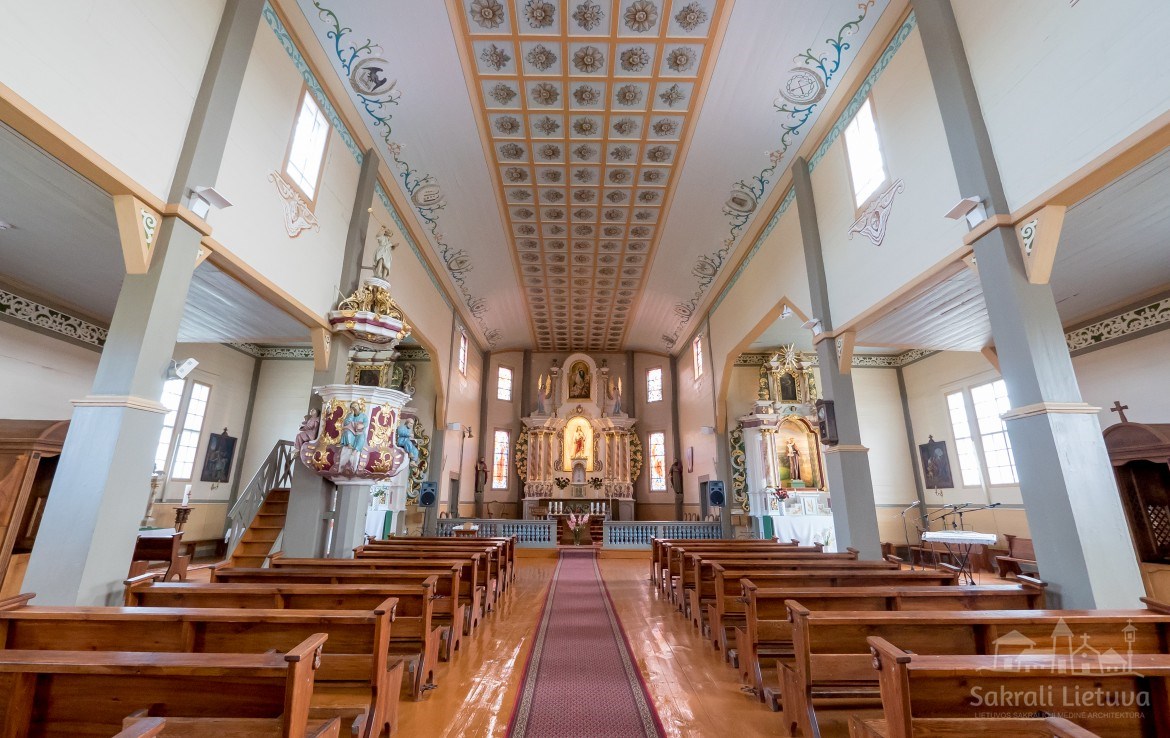 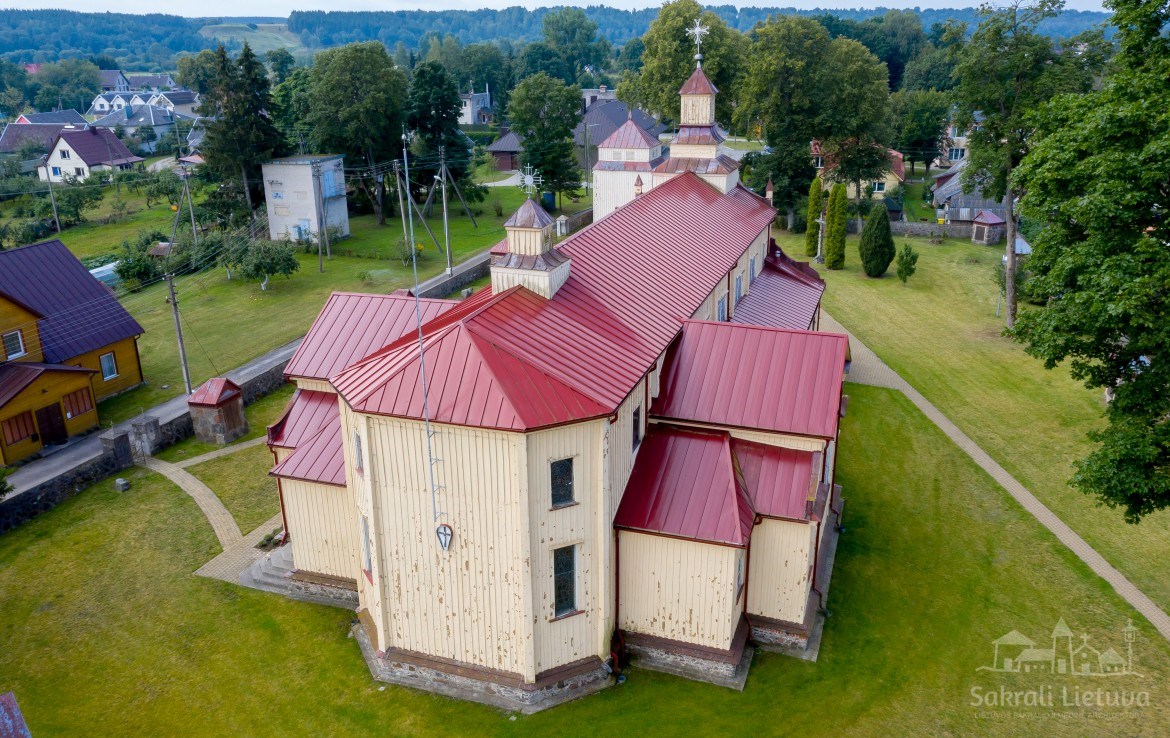 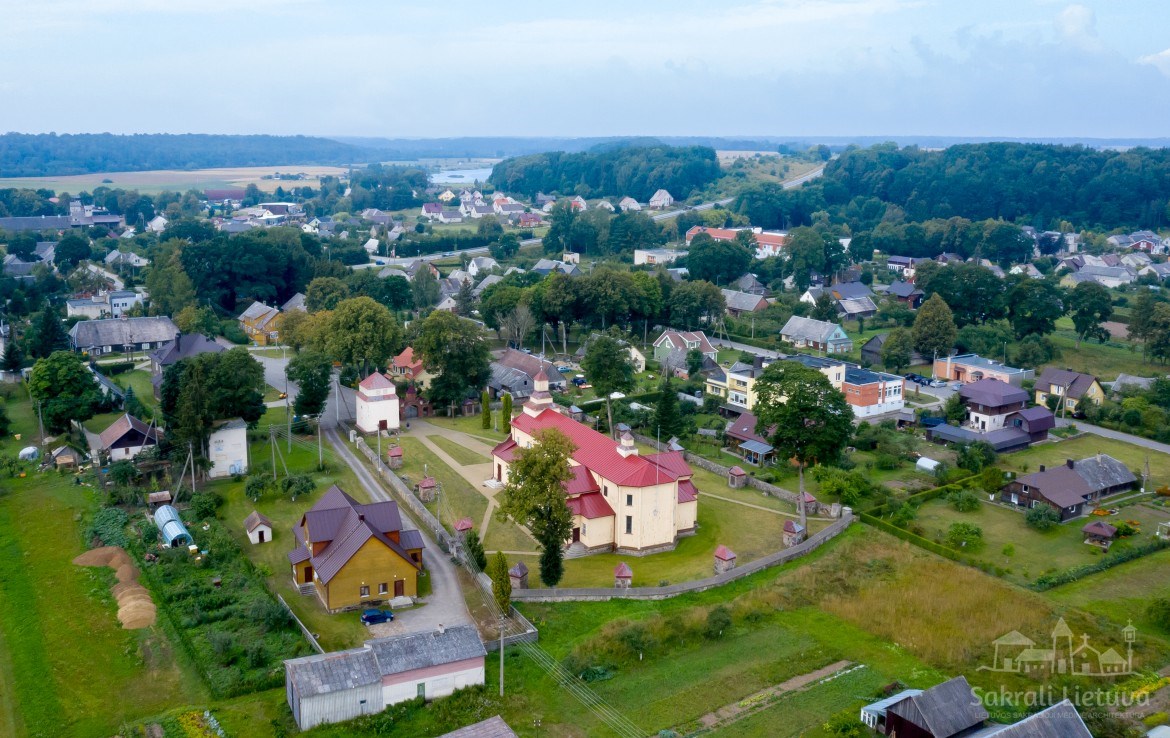 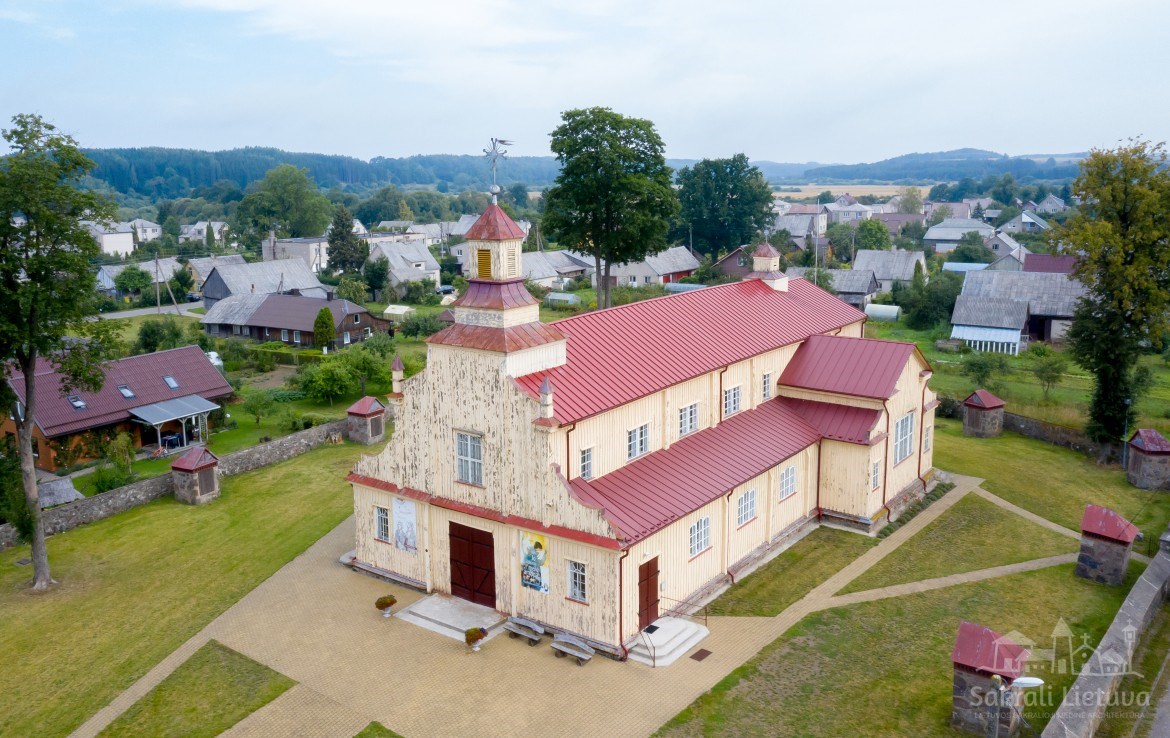 Church of the Assumption of Holy Virgin Mary and Belfry of Kartena - Kretingos g. 4, Kartena 97341, Lietuva