Kantaučiai Church of the Immaculate Conception of the Blessed Virgin Mary

The history of Kantaučiai Church of the Immaculate Conception of the Most Blessed Virgin Mary dates back to the 17th century, when Kristupas Timotiejus Šiukšta, the nobleman of Kantautai built a church approximately in 1672. Around 1760, the church interior was remodeled, and the church altars were rebuilt. The church was rebuilt a little later: a typical broken Baroque pediment and a tall bell turret were attached to it. The present church was built in 1852 in the style of wooden architecture of folk romanticism. The church is of a cross-shaped layout, unusual for those days. The hall type, single nave space church ends with a three-wall apse. The main facade is laconic: the main accent is the profiled cornice that separates the deeper, trapezoidal pediment. It is topped with a slightly deeper tetragonal turret with small pediments and a tapered helm. The church turret, like the pointed arch-shaped, finely partitioned windows with decorative plant pattern tracery, are features borrowed from masonry neo-Gothic architecture. The foundation of the church is made of stonework, and the facade is all covered with vertical planks. The roof over the main volume of the church is gable, above the three-wall apse it is three-sided and decorated with a peak, and the slightly lower transepts are covered with three-sided roofs. In the 1930, the shingle cover of the gable roof were replaced by sheet steel. The roof is surrounded by a cornice decorated in teeth pattern. The profiled toothed cornice is typical of Classicist architecture and is also echoed in the interior. The interior space is topped by a low ceiling with a cylindrical vault and painted sky blue, and the presbytery’s ceiling is painted to imitate starry skies. The small church has as many as five altars. The ante-nave space is separated from the nave by a wooden wall, topped by an organ area. The organ represents the Vilnius late Baroque school of the second half of the 18th century. Unfortunately, the organ was made by unknown masters and is a most unique organ in Plunge Deanery. The organ decor includes intertwined Rococo and Classicist carving of plant ornaments.

A new belfry was built during the last reconstruction of Kantaučiai Church. Until then, the bell was located in the church tower. The wooden belfry is of a rectangular layout and covered with a pyramidal shingle roof. The solid volume, two-section belfry is covered with vertical planks, and is surrounded by horizontal timber beams in the middle. The upper section is adorned with the same toothed cornice as the one decorating the church. Such an architectural motif is not common in belfries. The churchyard fence made of field boulders is adorned with expressive, red brickwork neo-Gothic gate with three arches built in the late 19th century – the early 20th century. The plastered triangular planes located above the tapering arches are joined by pyramidal peaks. 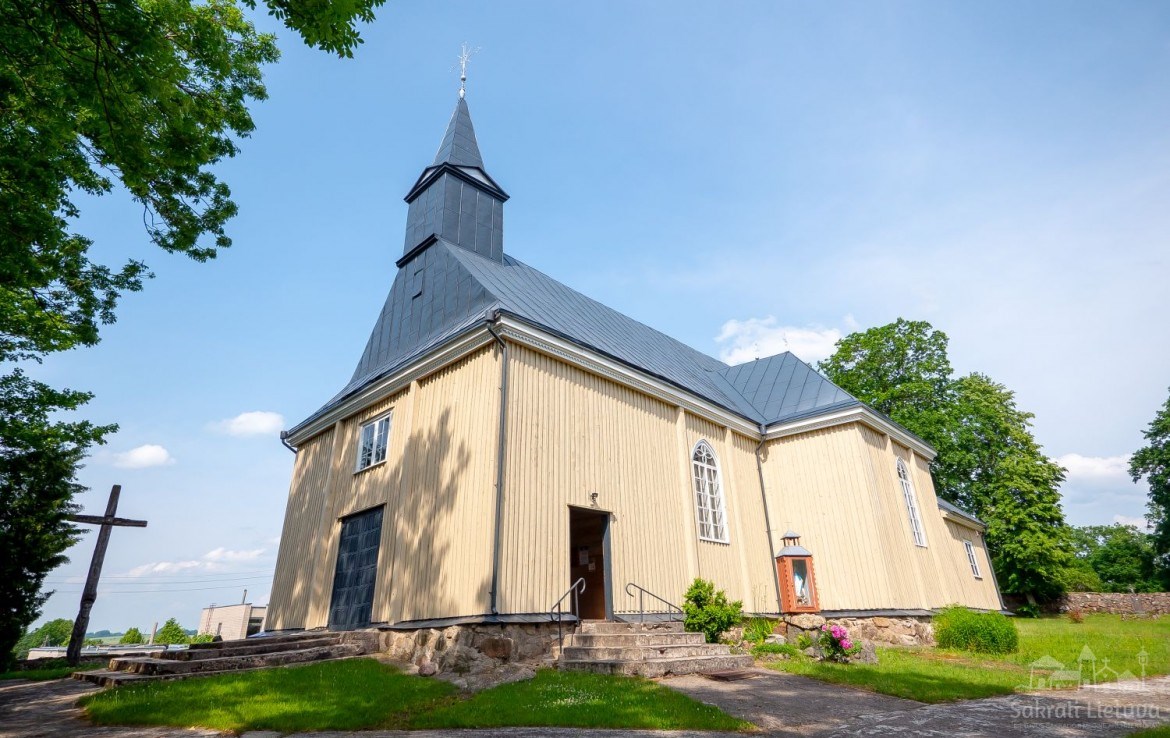 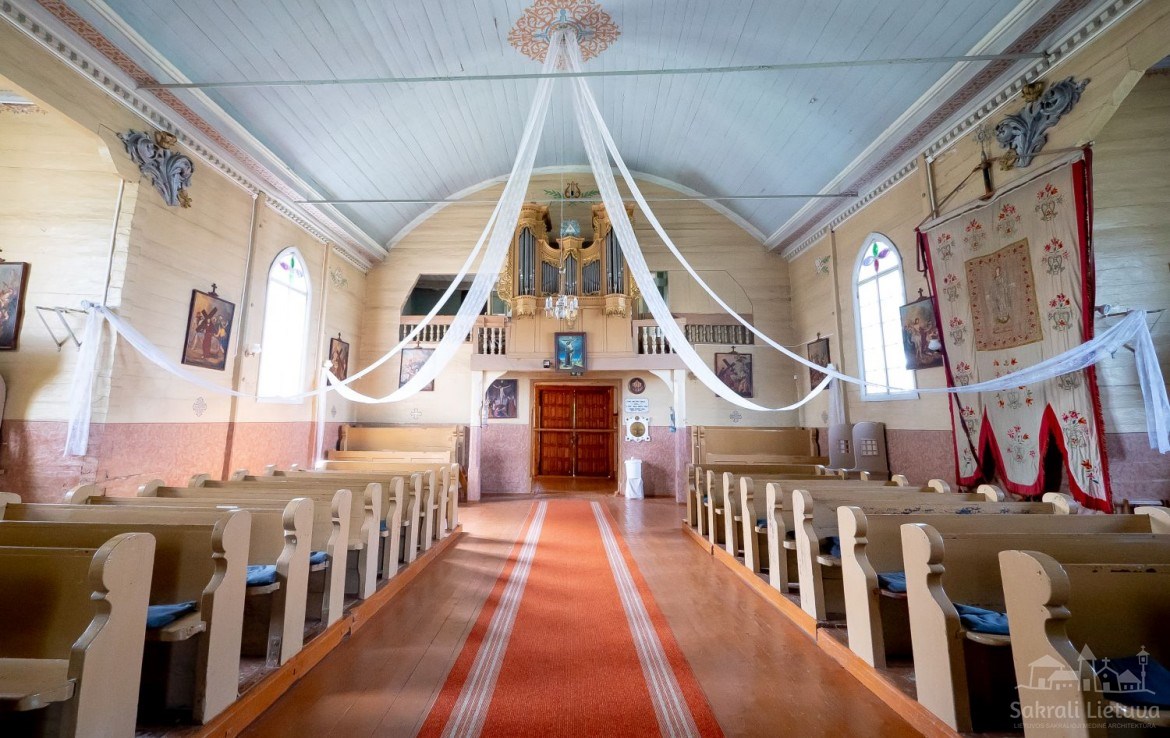 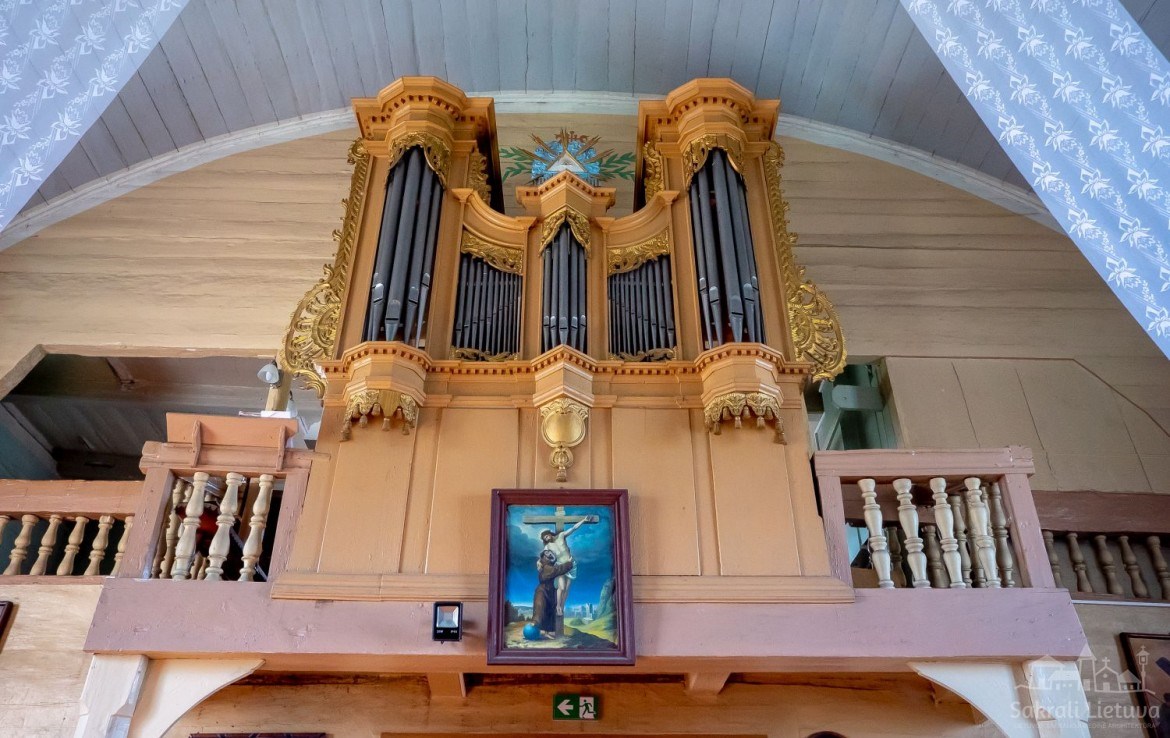 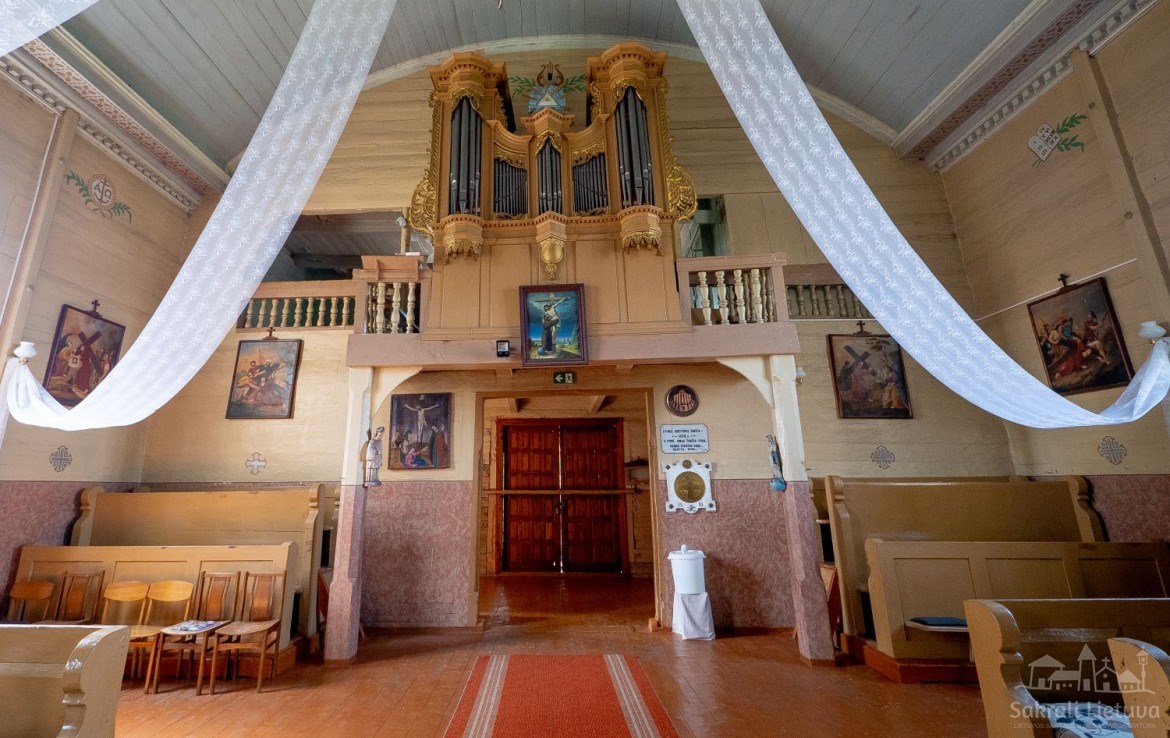 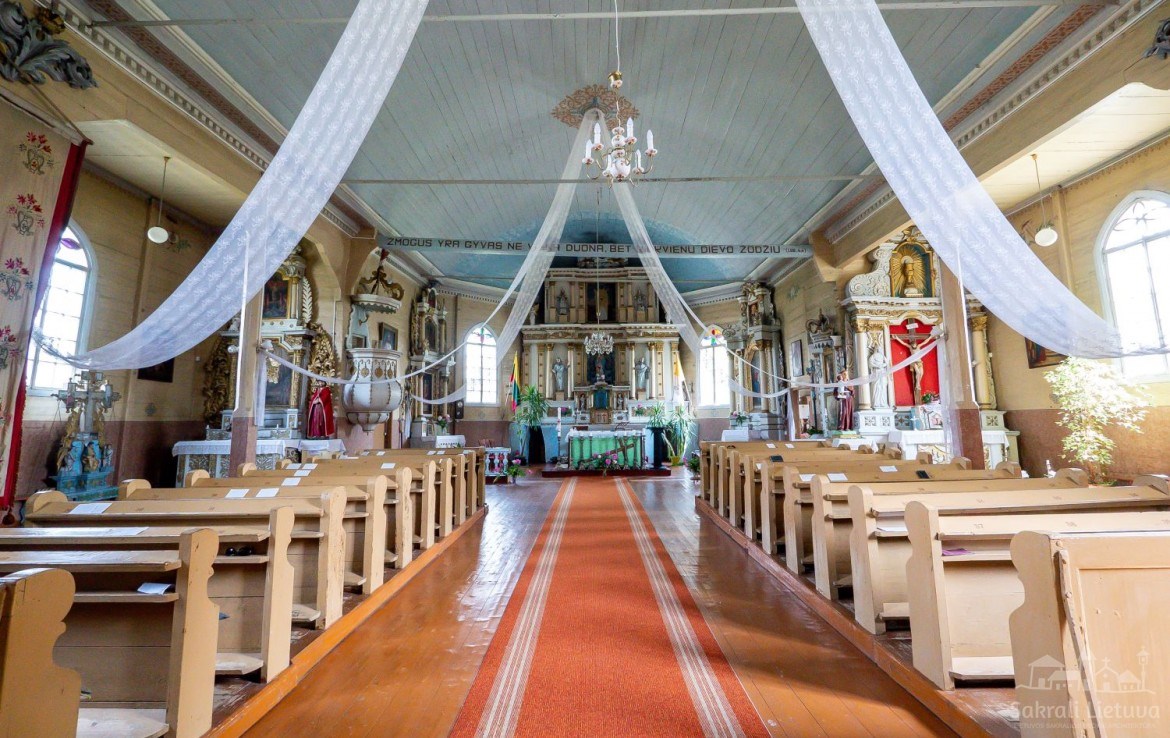 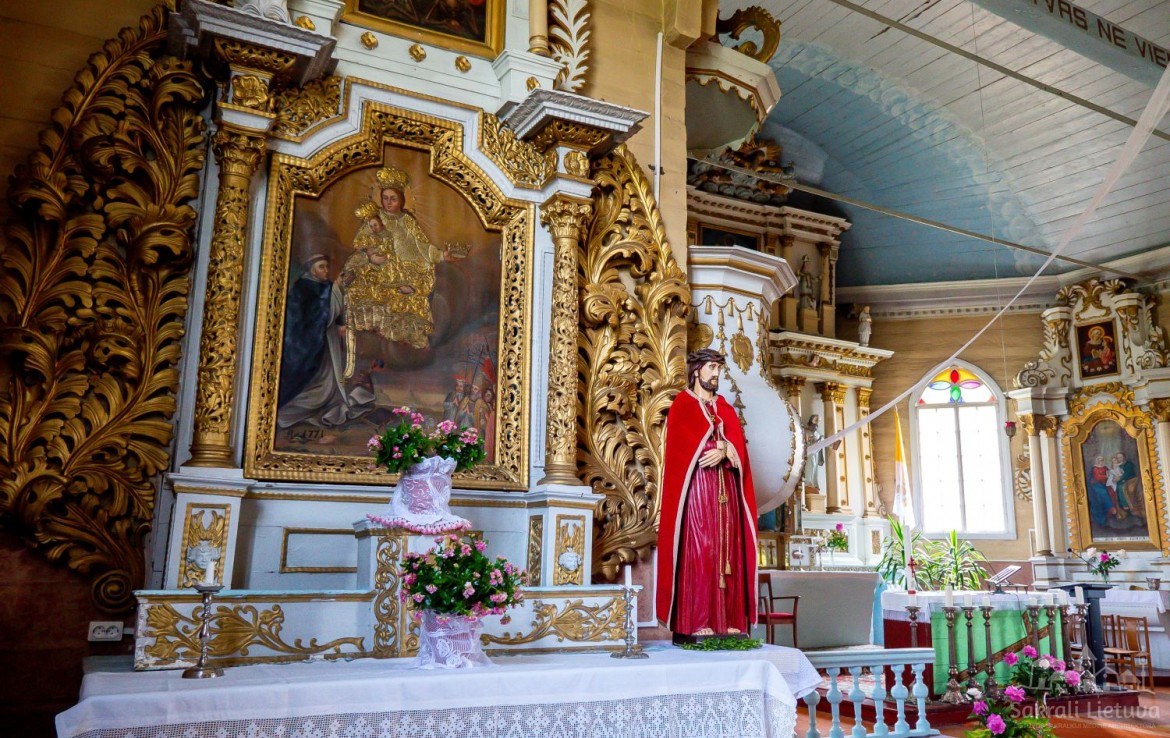 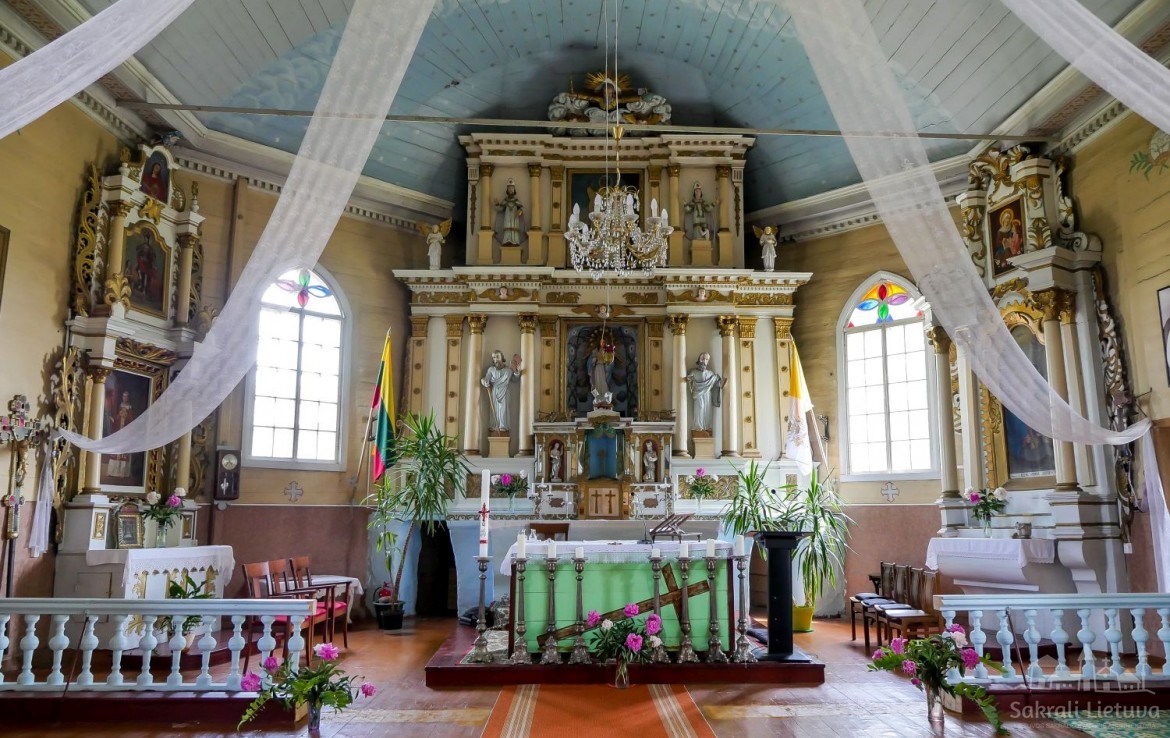 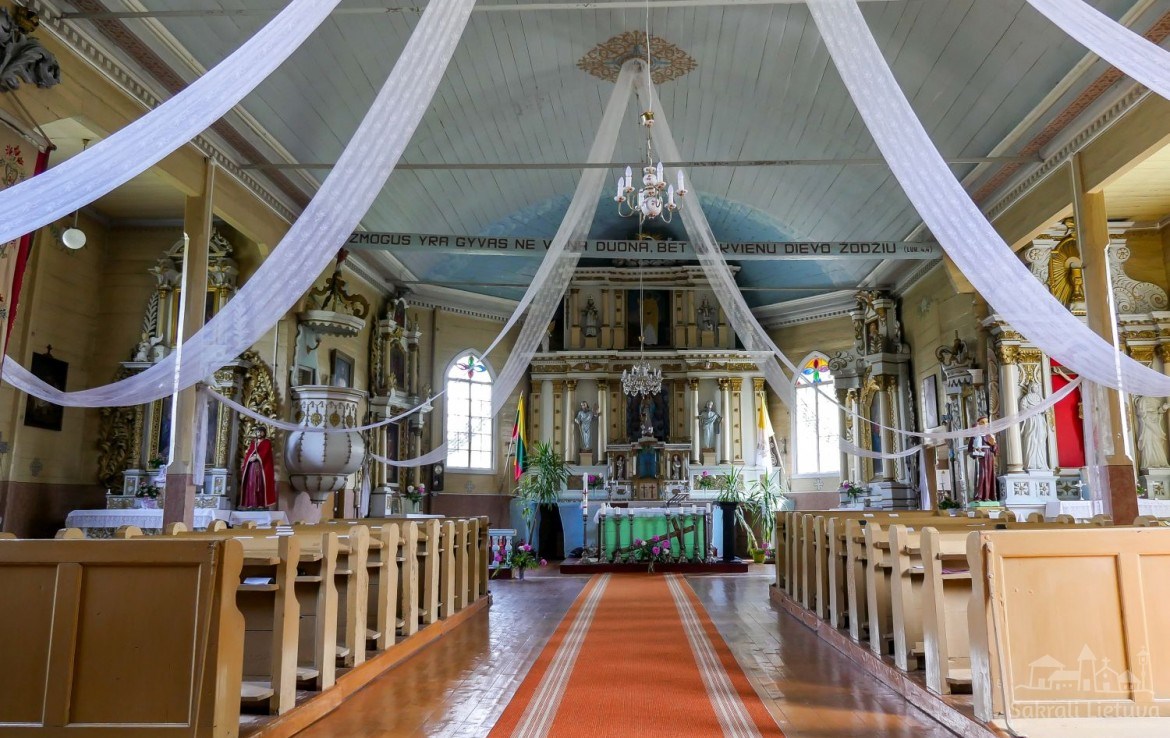 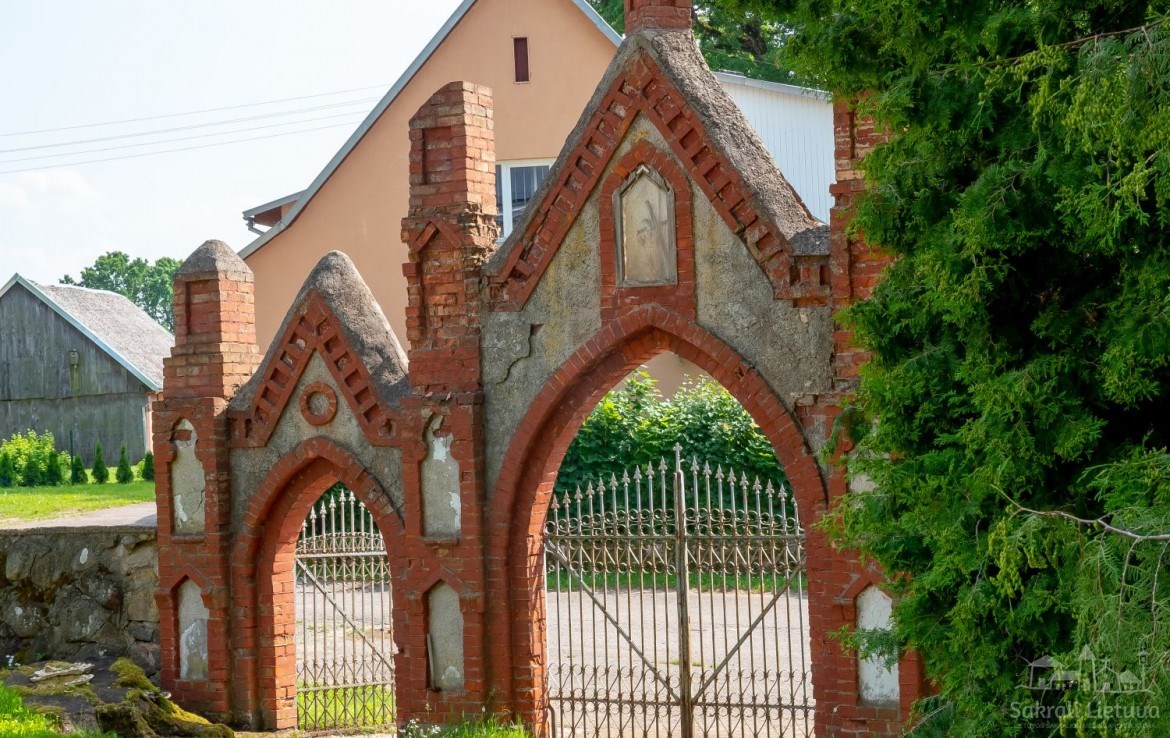 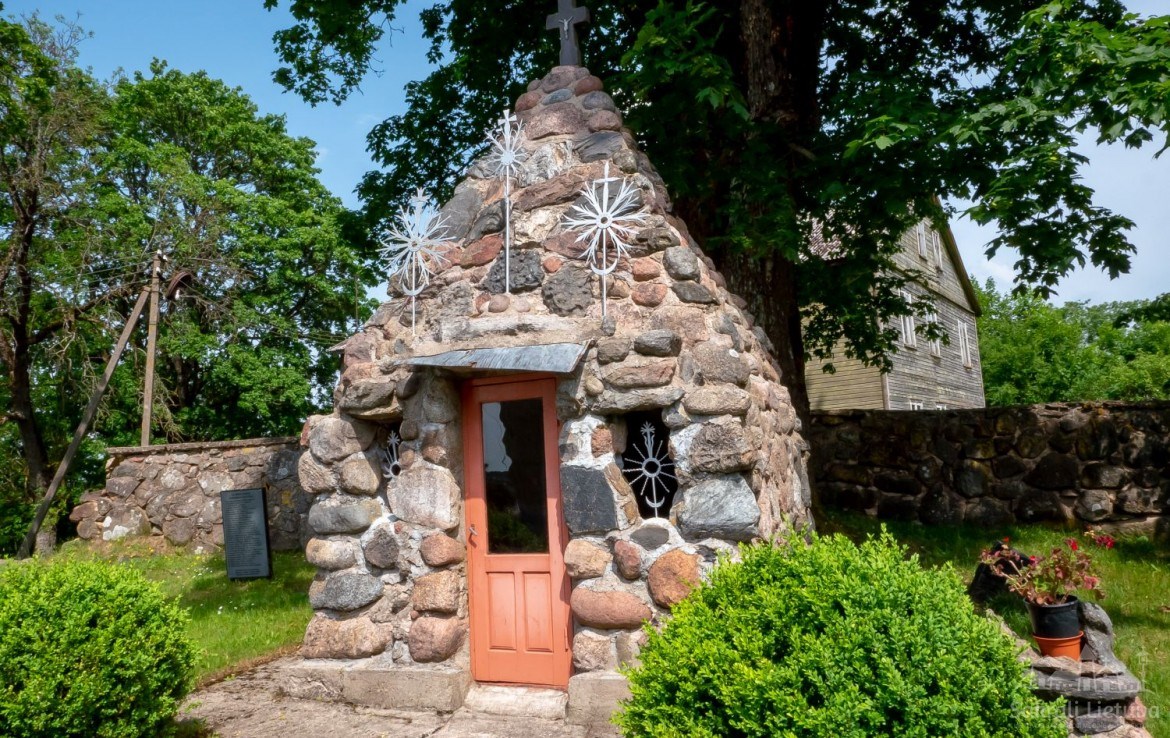 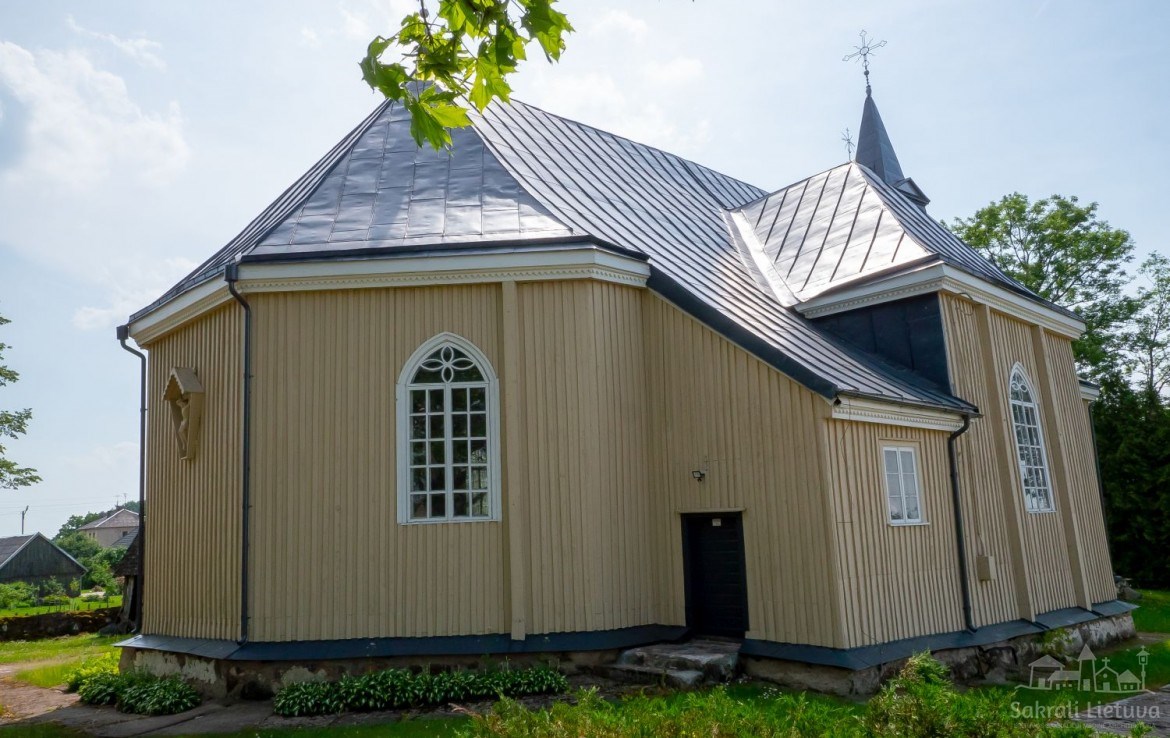 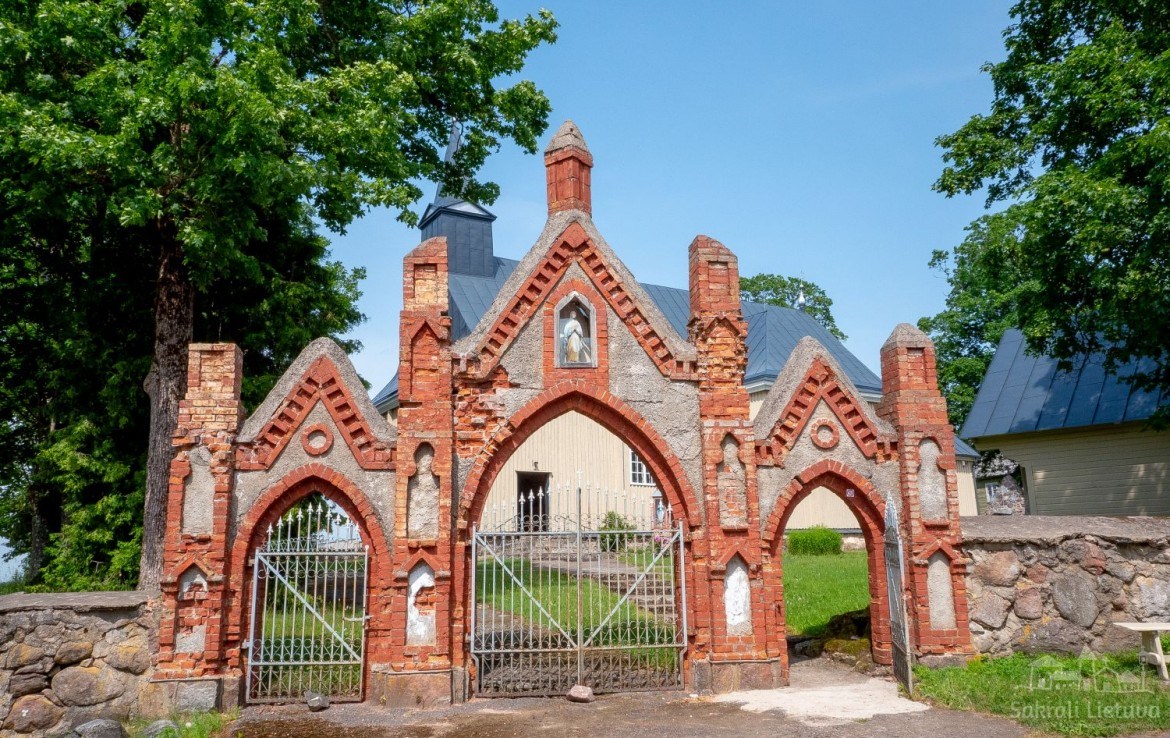 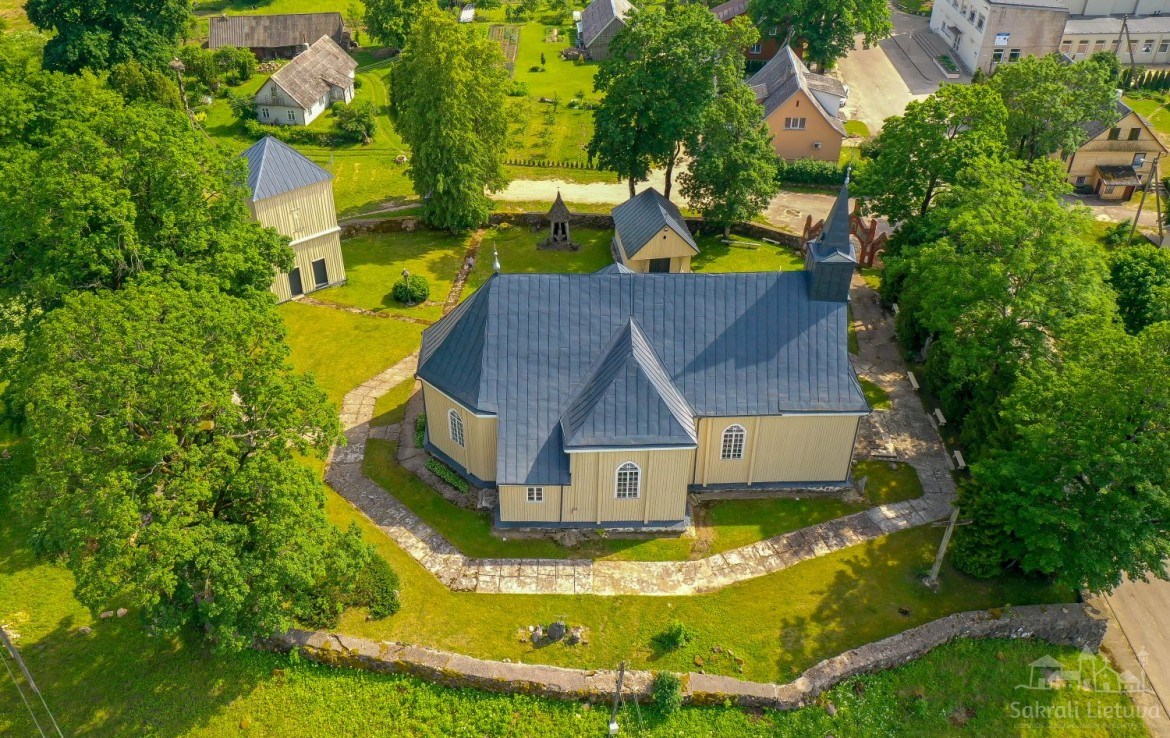 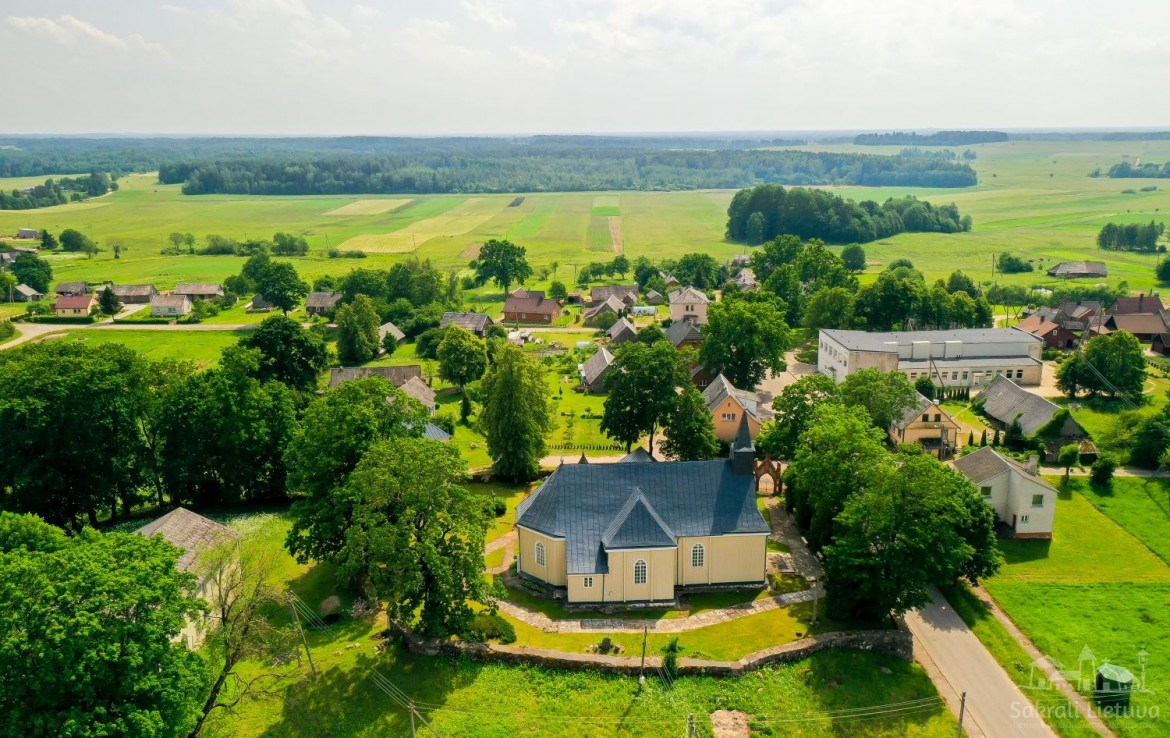 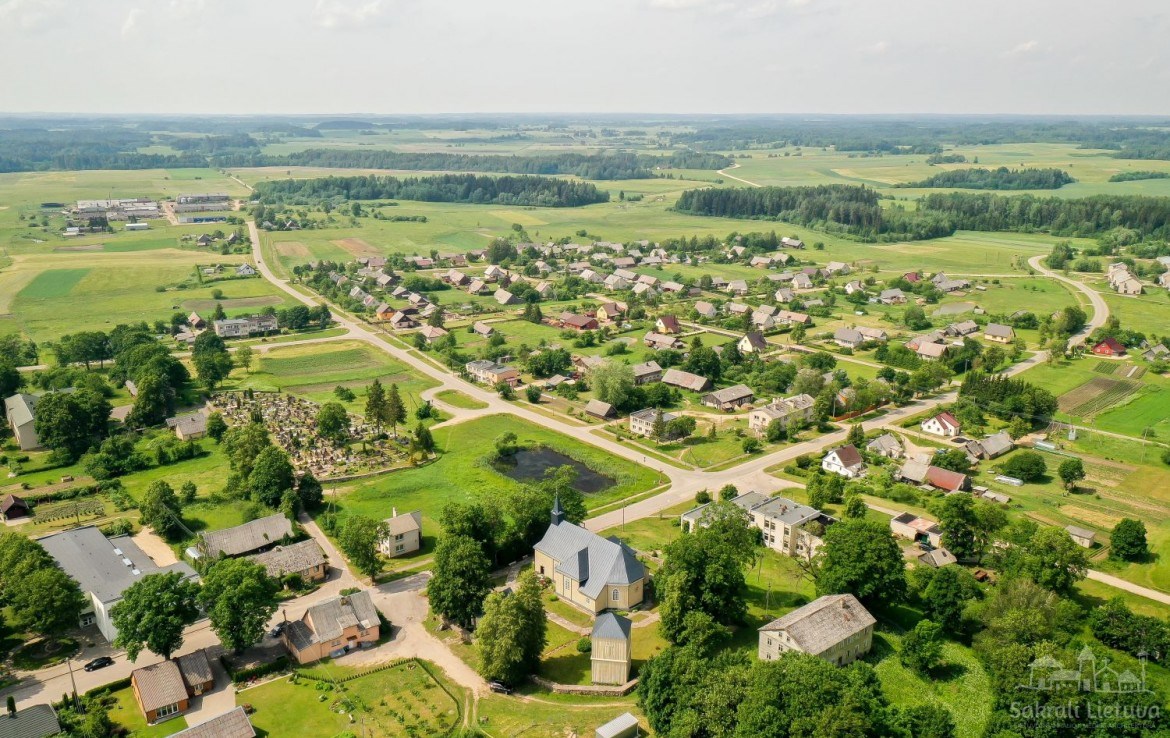 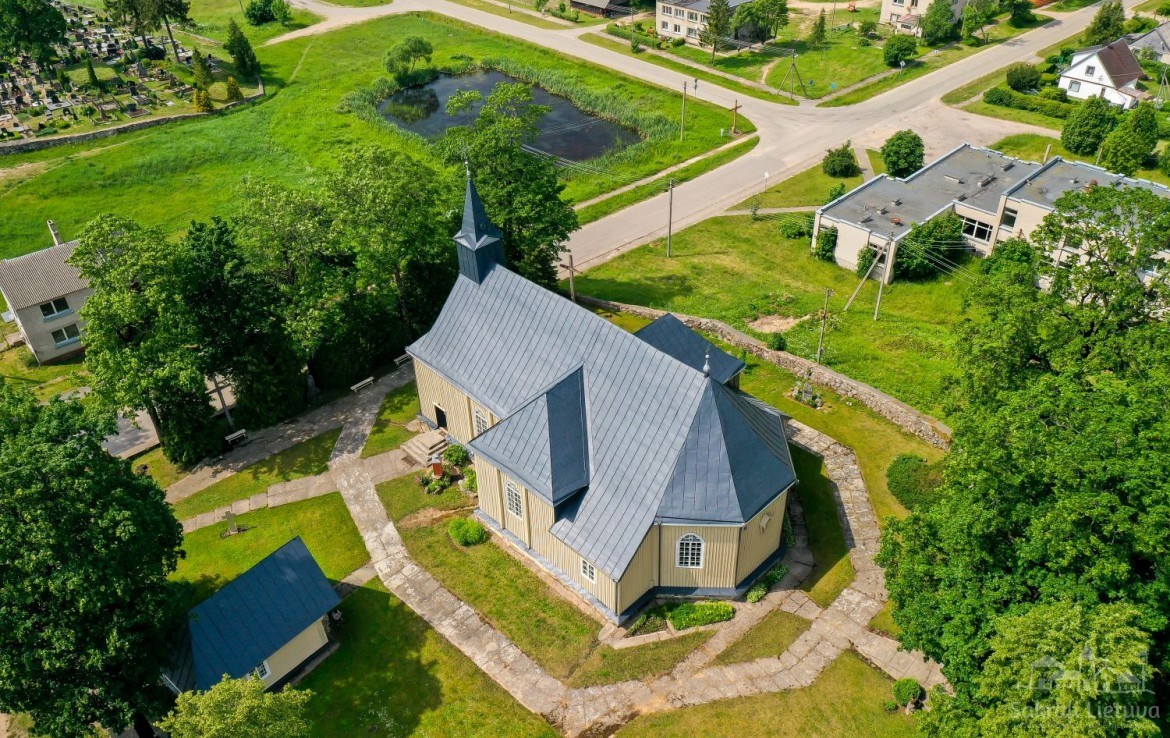