The first chapel in Kačergiškė village was built in 1748. A couple decades later, in 1783, the chapel was rebuilt. The prayer house was wooden, and its condition deteriorated over time until after World War II it was completely unused and abandoned. During the Soviet era the chapel was converted into a warehouse, and in 1987 it suffered from fire. After the restoration of Independence, reconstruction works were initiated by the pastor Edmundas Paulionis. The reconstruction was completed in 1993, under the leadership of the priest and pastor Kestutis Ralys. The new, existing wooden church of St. John the Baptist belongs to Daugėliškis Parish Filial Church. The chapel pole “Christ’s Resurrection” by Theofilis Patiejūnas was built next to the church.

It is a small building of modest expression close to folk architecture. The church is of a rectangular layout, with a three-wall apse and two low, single-storey sacristies. The church has a gable roof covered with sheet steel, and is flowing into single-sided small sacristy roofs, which have built-in skylights with gable roofs and rectangular finely partitioned windows. The apse has a three-sided roof with a decorative ornamented cross on its ridge. A larger cross of the same style adorns the helm of the turret raised above the front facade. The square turret has two sections with a pronounced cornice separating them, and a bell-shaped helm. The church is built on a high stone and brickwork plinth, thus a wide concrete staircase leads up to it. The door is two-leaf and decorated with a rectangular pattern. The front facade is adorned with an open porch with four profiled poles, a triangular pediment boarded in herringbone pattern, and a small gable roof. The porch is topped with a semi-circular skylight resembling a spread fan incorporated into the church pediment panel. The church is boarded vertically, with narrow interim planks. The church windows are large, of a rectangular shape, with finely partitioned glass frames and edges.

The front facade is adorned with an open porch with four profiled poles, a triangular pediment boarded in a herringbone pattern, and a gable roof. Above the porch is a semi-circular skylight resembling a spread fan incorporated into the church pediment panel. The church is boarded vertically using narrow planks. The church windows are large, of a rectangular shape, with finely partitioned glass frames and edges.

A two-section belfry of a square layout, with a pyramidal small roof covered with sheet steel and topped with a cross is built on a high stone and brickwork foundation in the churchyard. The second, much smaller section of the belfry is separated from the first one by a small roof. The section includes four square sound holes.

The churchyard of Kačergiškės Church is surrounded by wooden board fence with a metal gate. 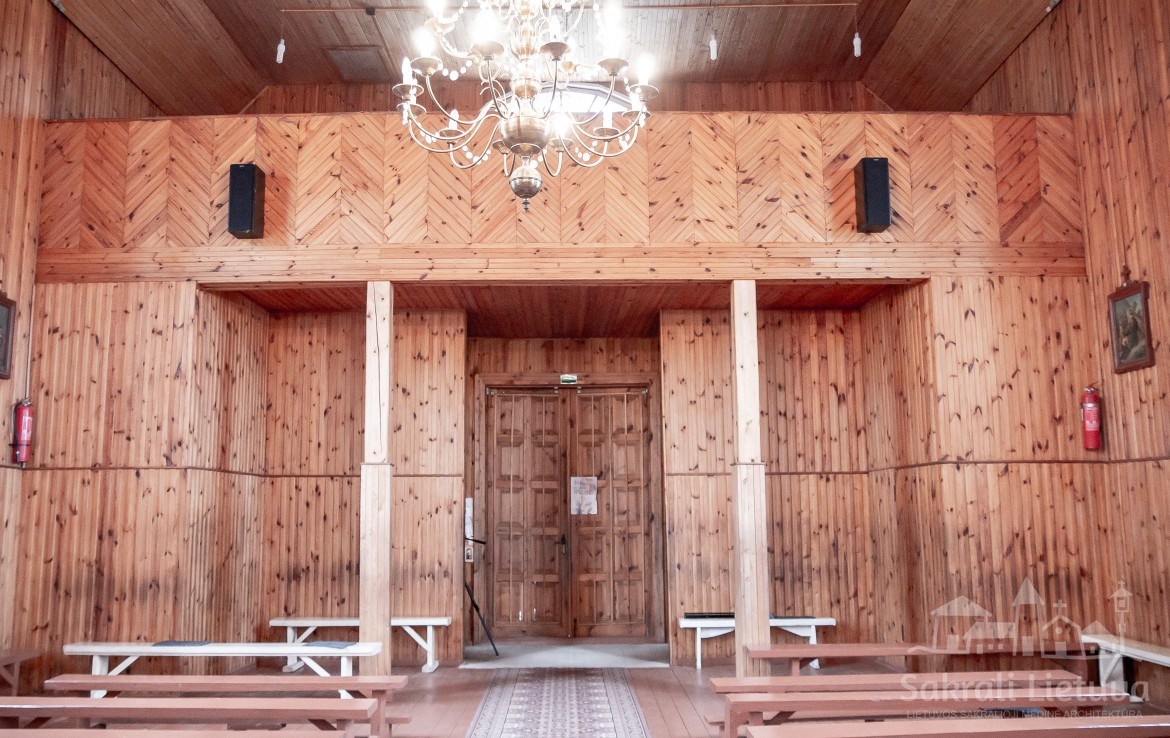 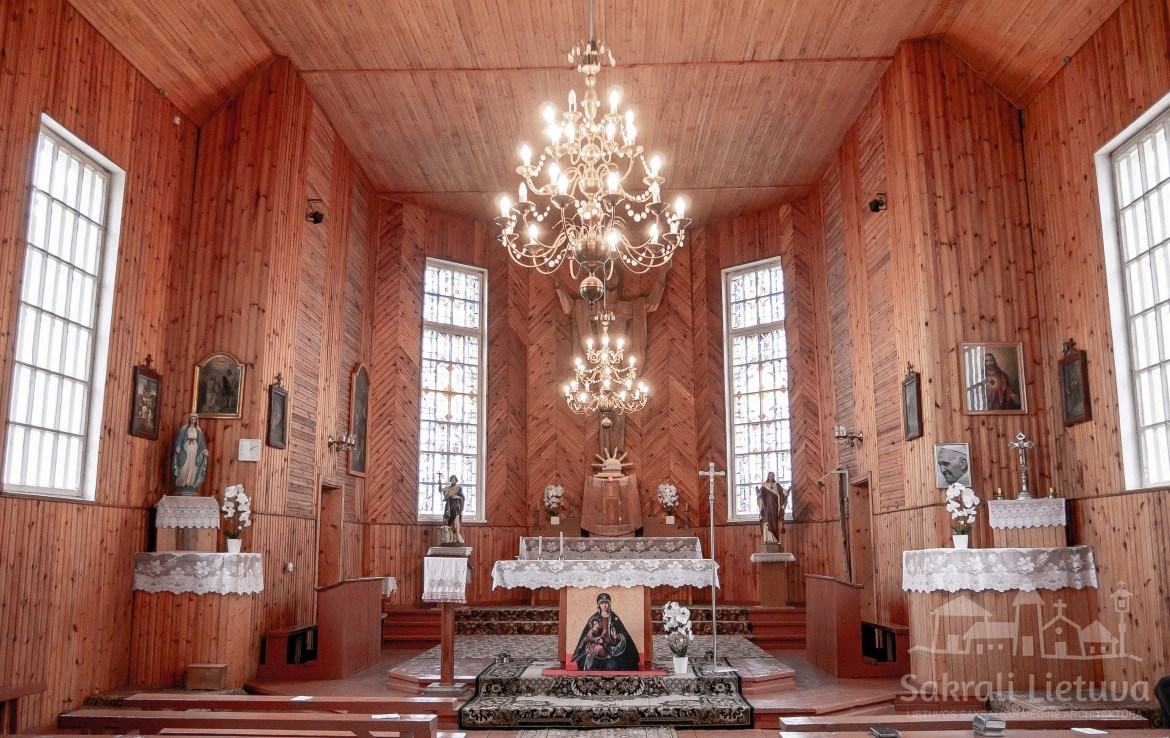 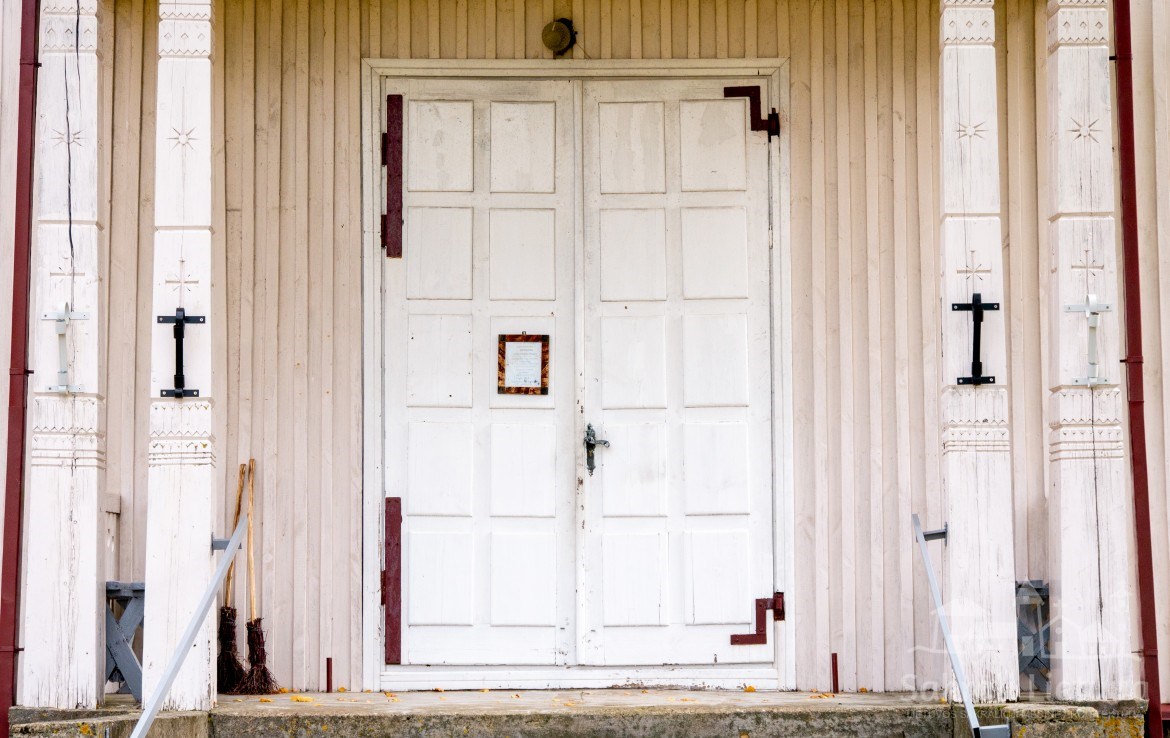 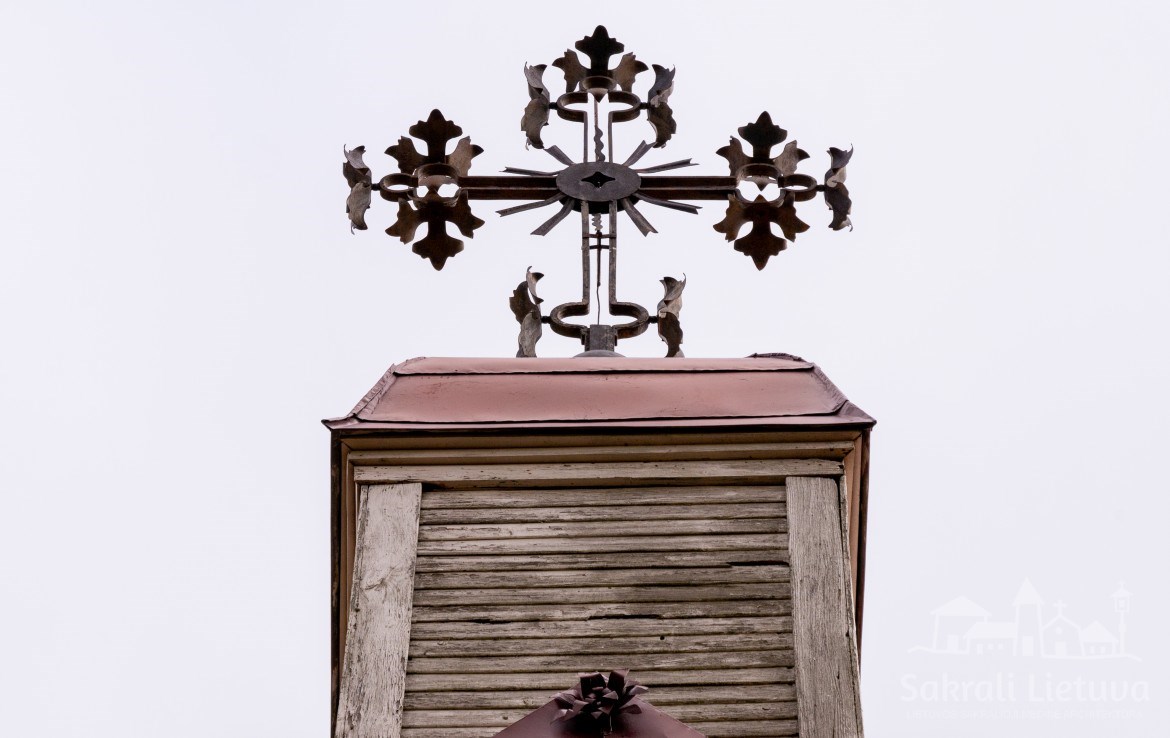 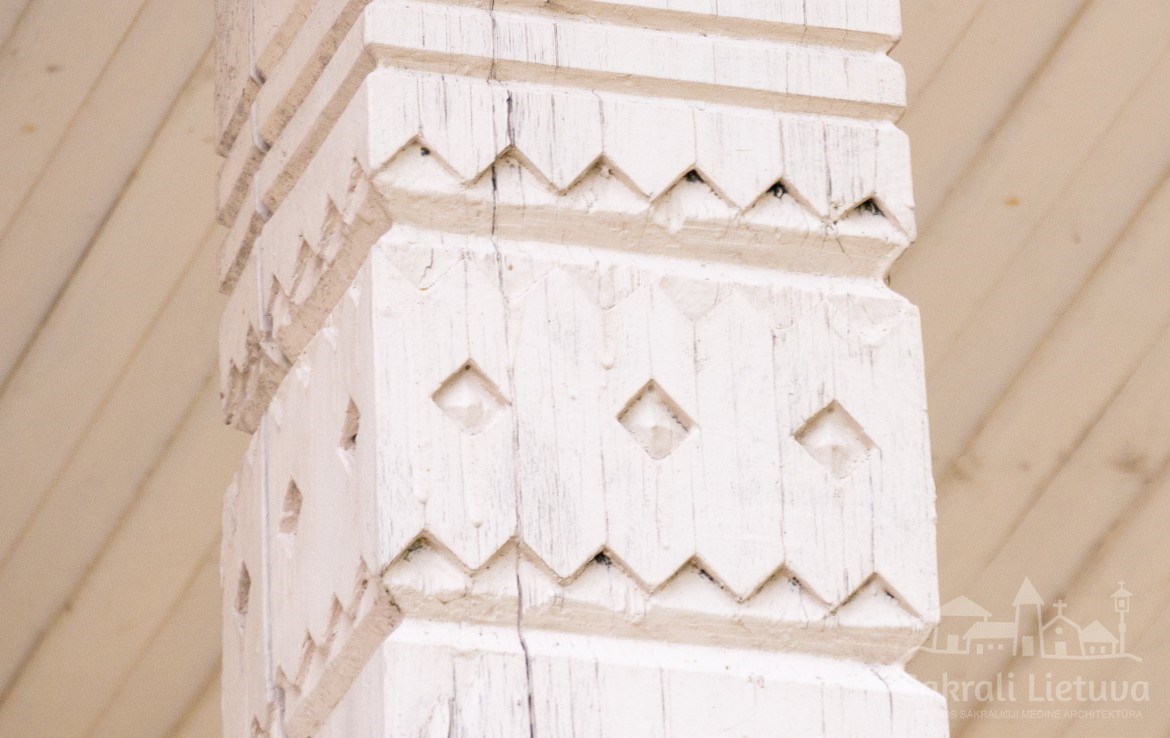 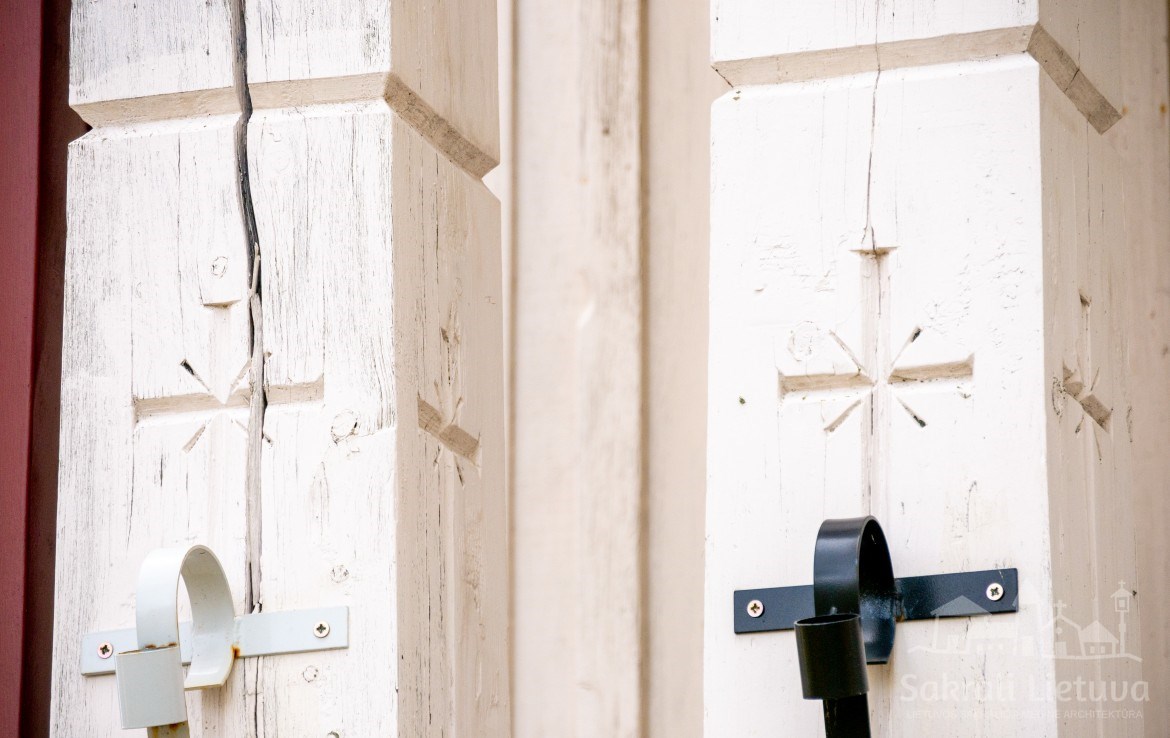 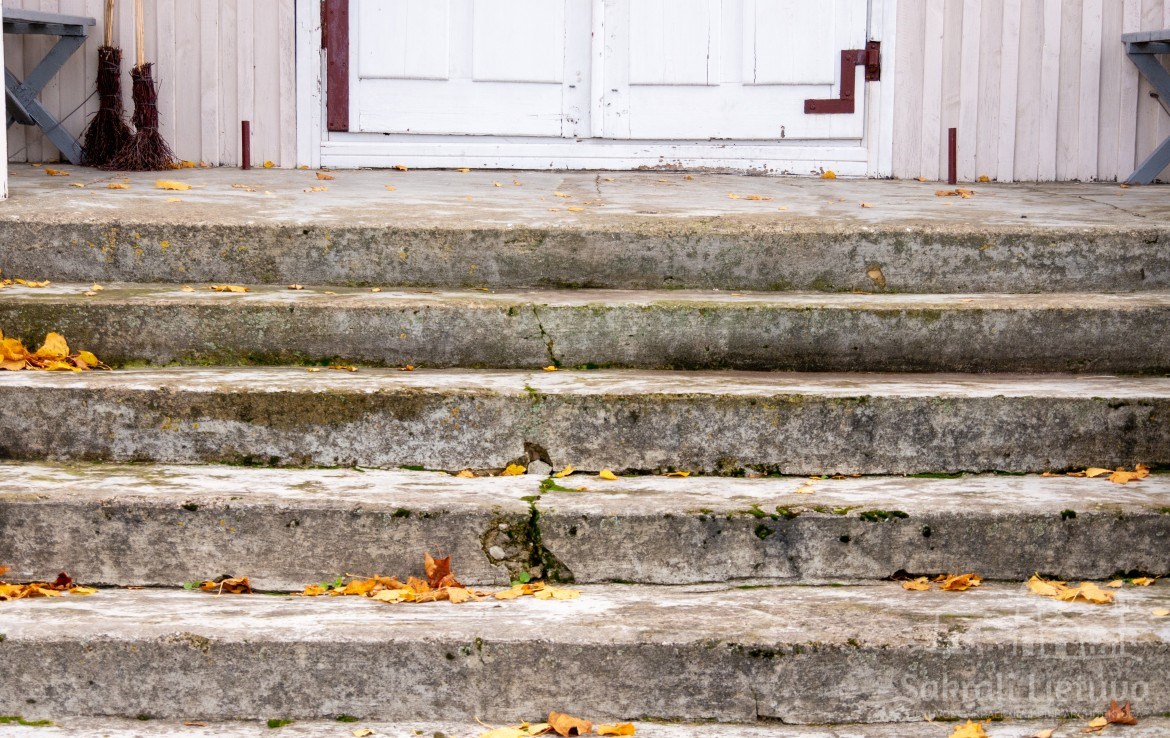 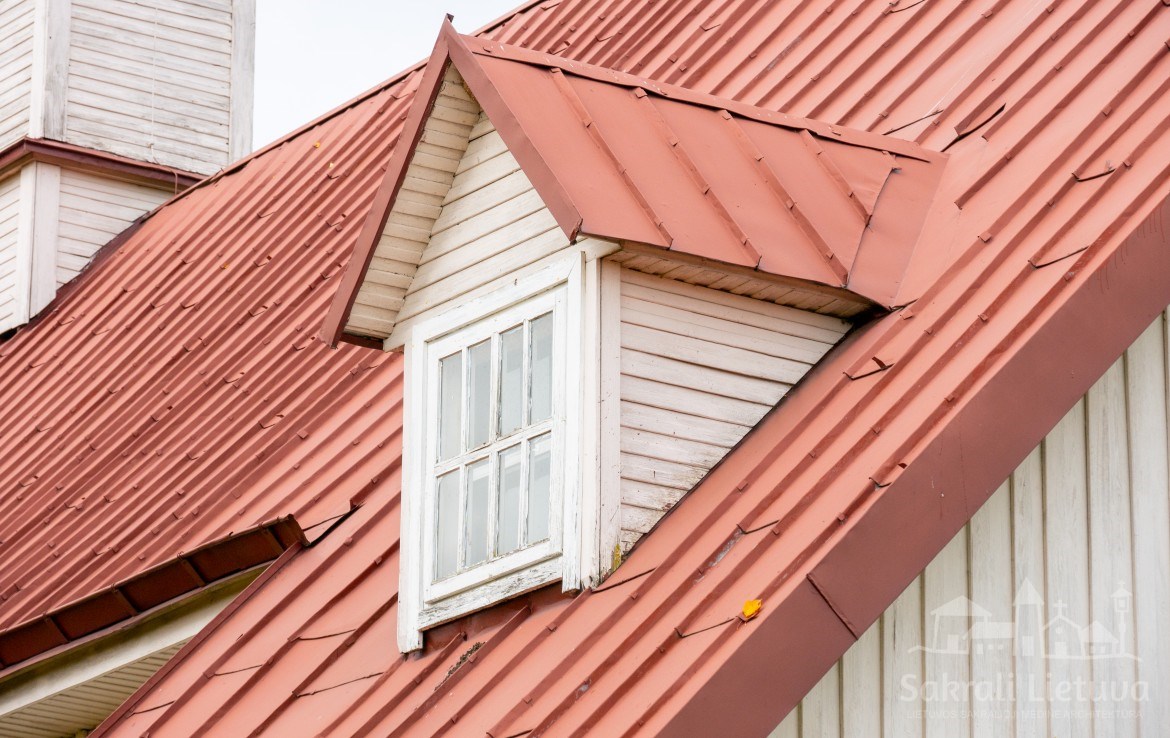 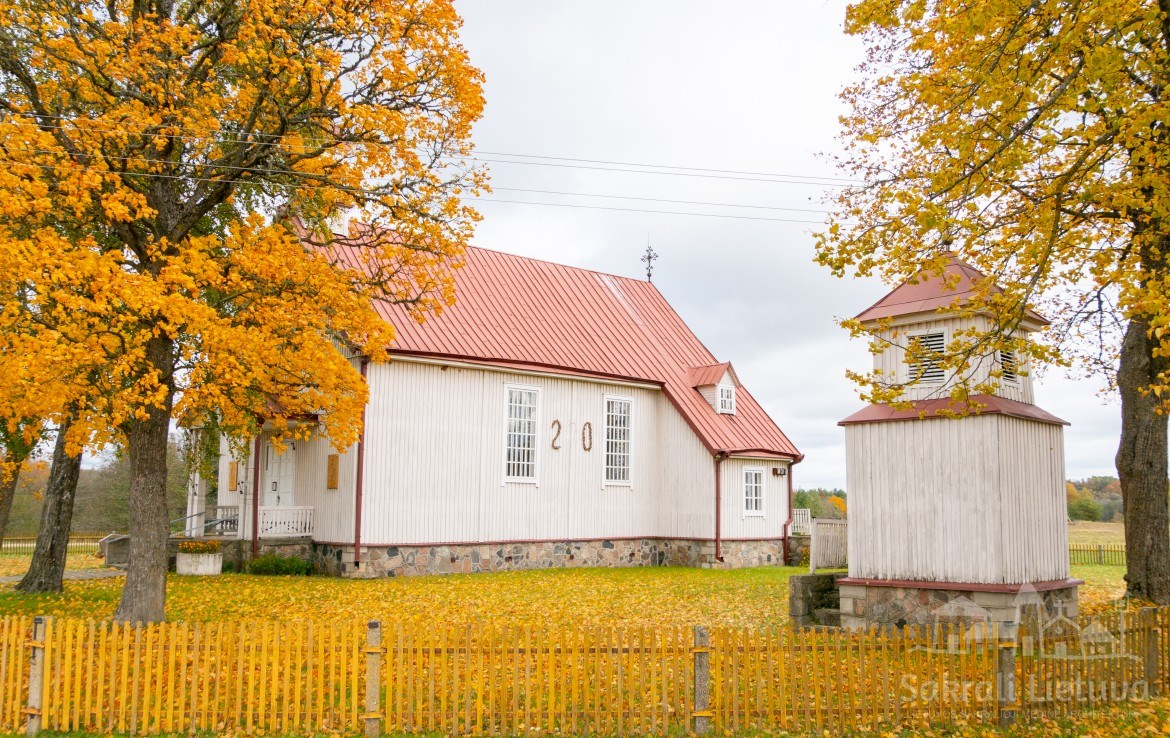 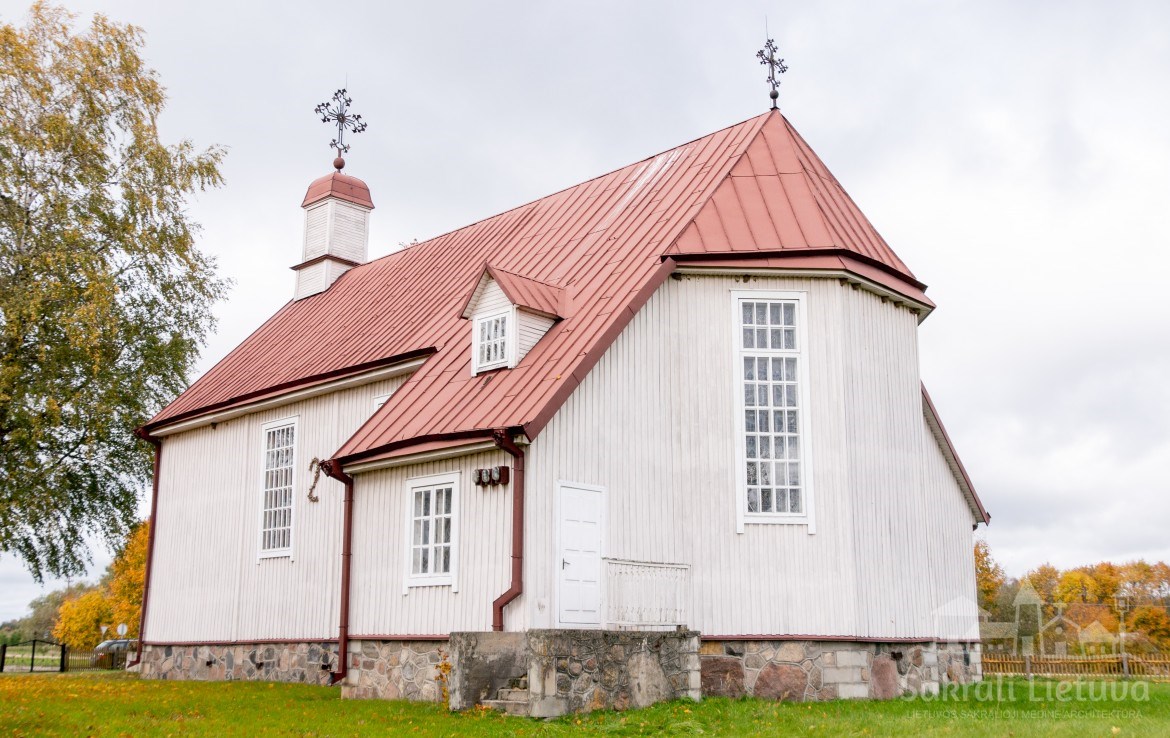 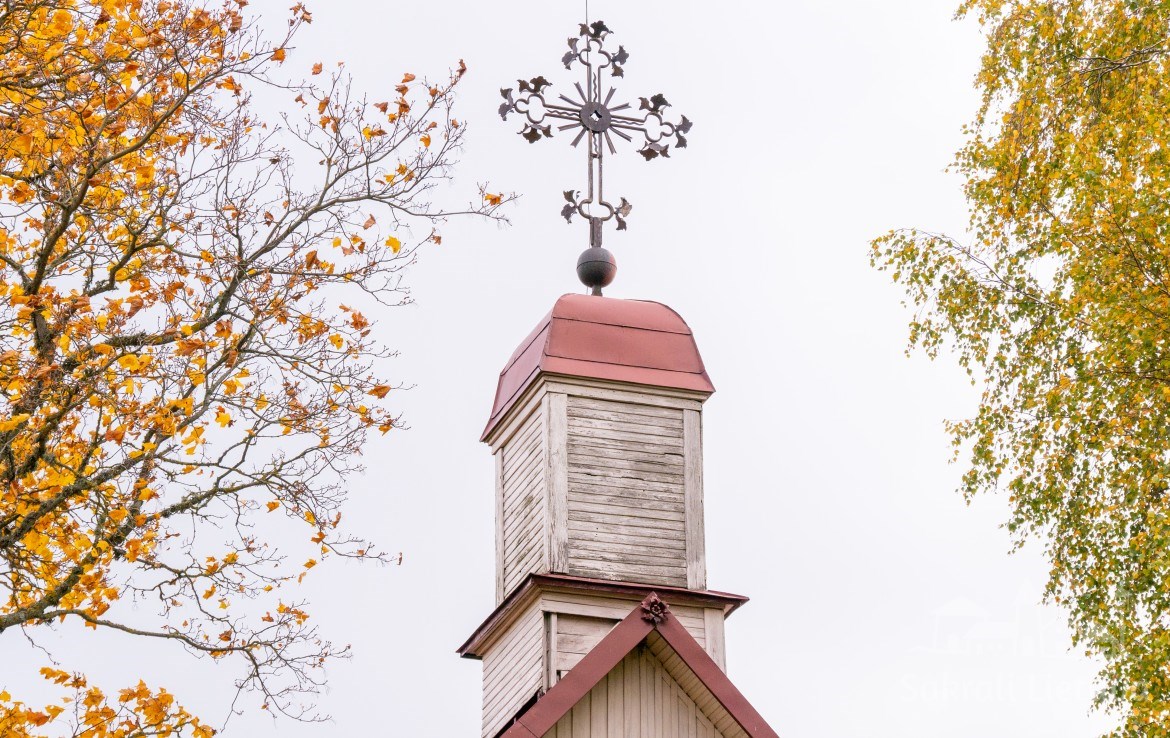 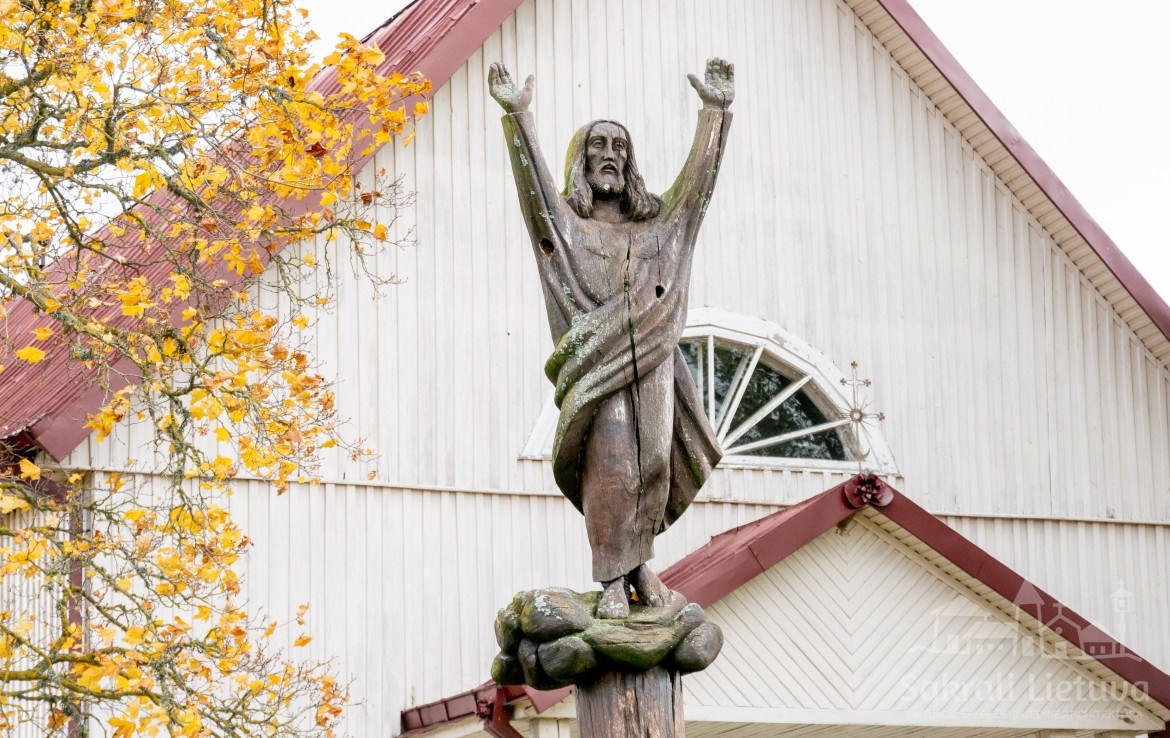 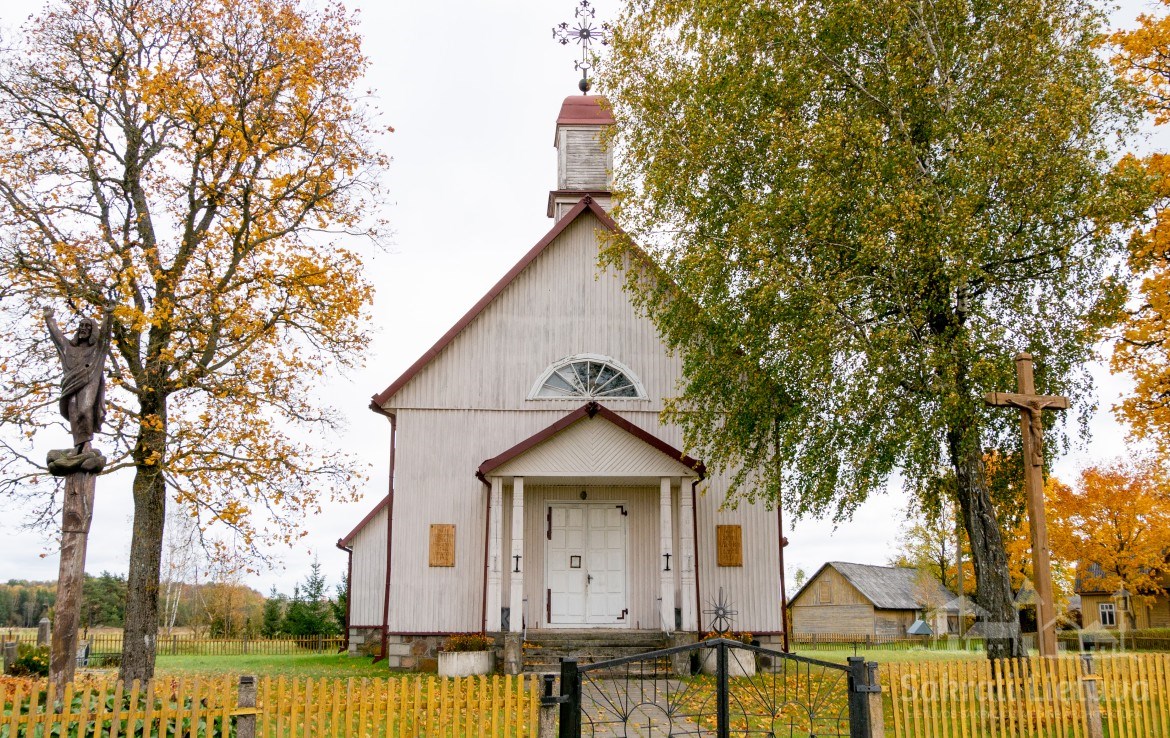 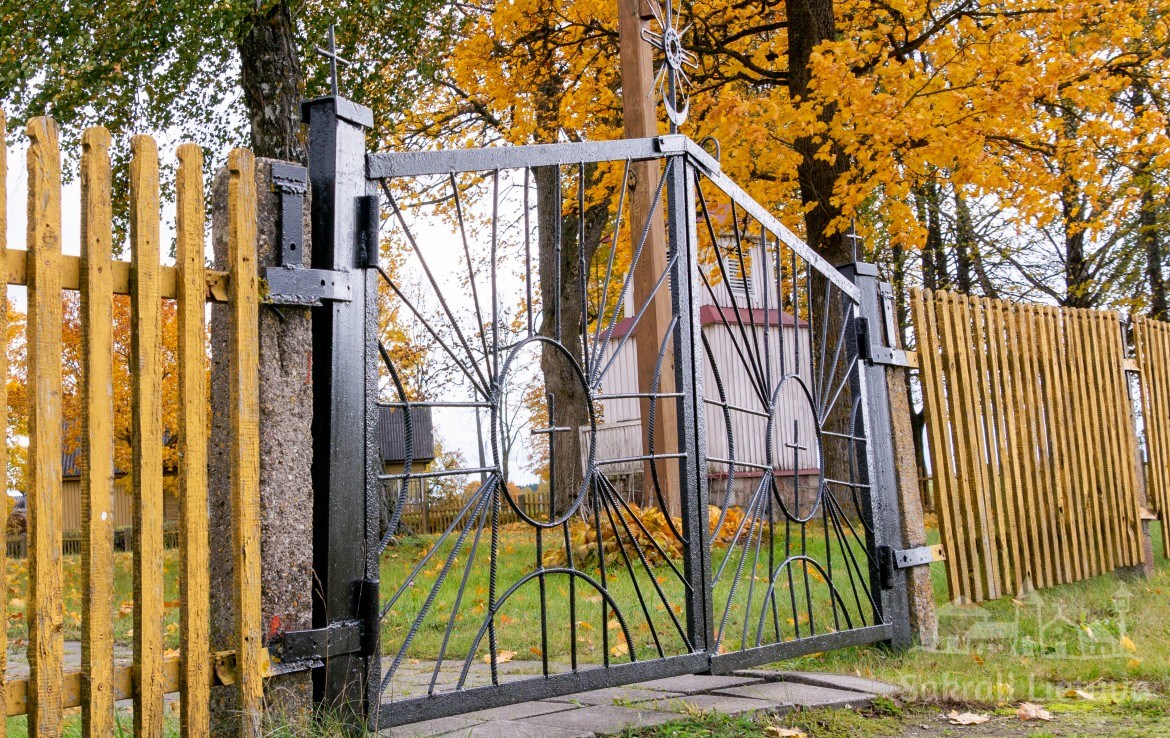 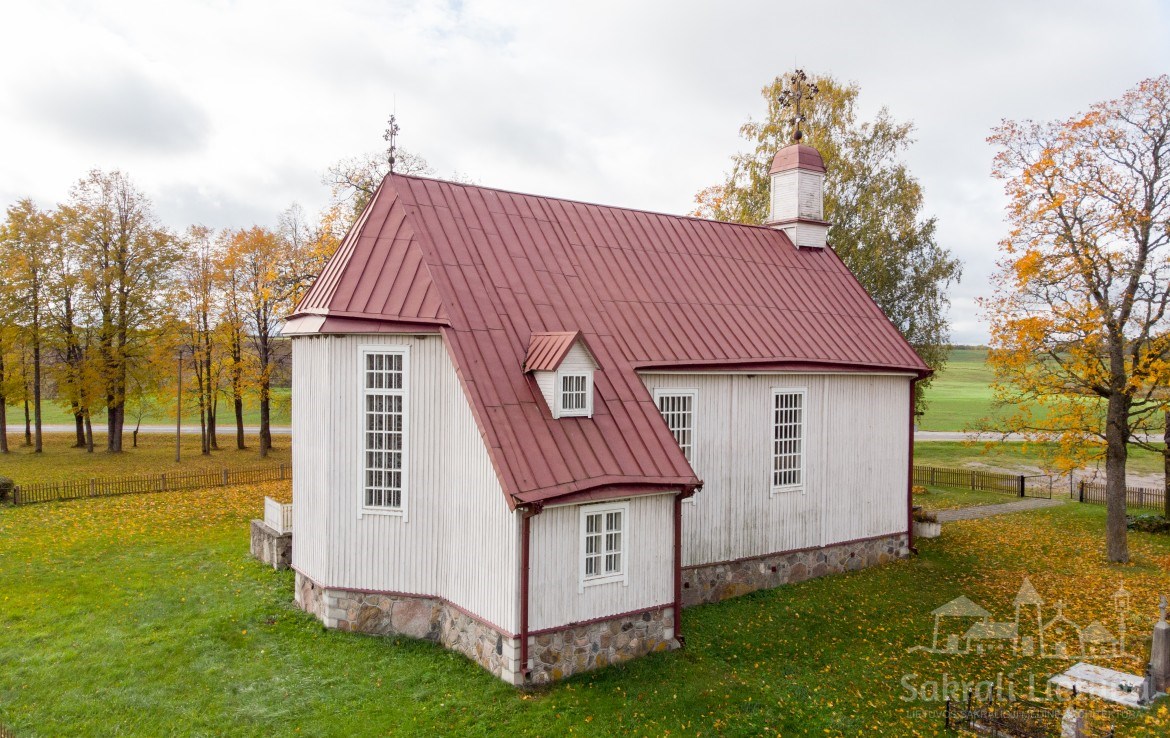 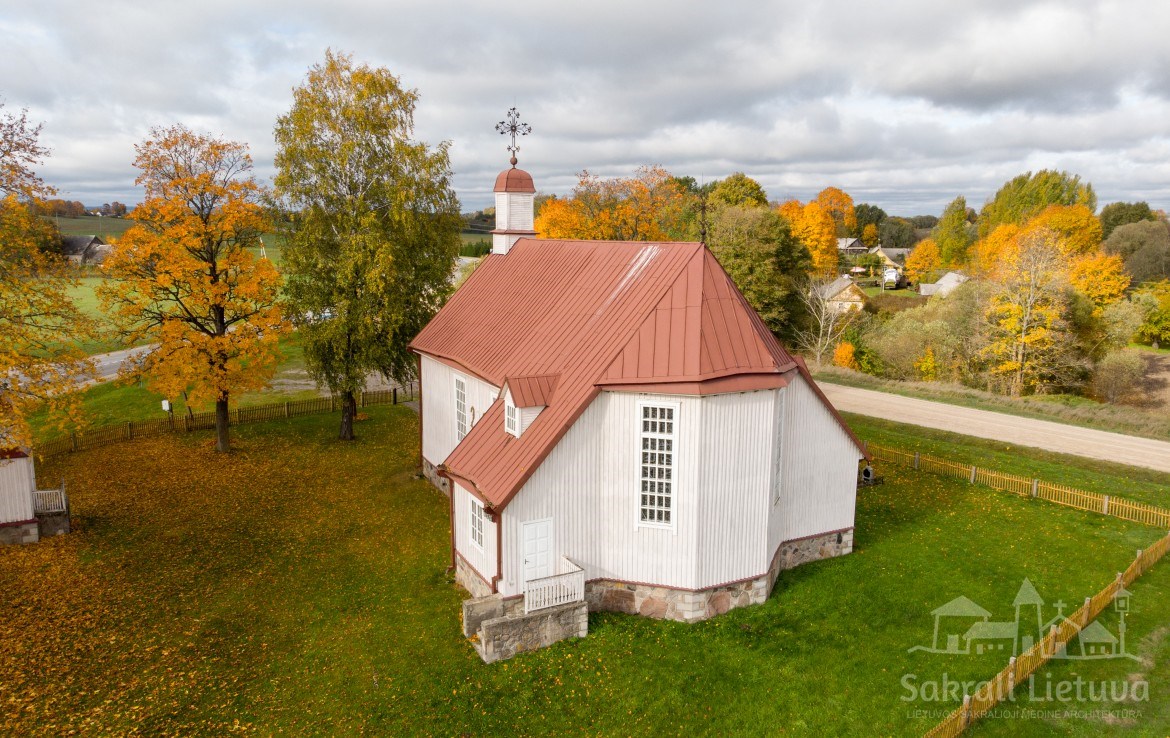