Kabeliai Church of the Assumption of The Holy Virgin Mary

In 1909, the Governor-General of Vilnius allowed the old Ratnyčia Church of Apostle St. Bartholomew to be moved to Kabeliai. It was built in 1911, and expanded in 1916. In 1921, a parish was established there. Pranciškus Čaglys, who was the pastor of the church since 1919, promoted the piety of the parishioners, strengthened the Lithuanianness in the Polish-occupied Vilnius region, and called on education. He was persecuted and punished by the Polish authorities. The history of Kabeliai Church is also related to the Lithuanian Catholic dissident movement during the Soviet era: Karolis Garuckas, the dissident and publisher of the underground Catholic publications, and a founder of the Lithuanian Helsinki Group, lived in this village.

Kabeliai Church features folk architecture shapes, is of a rectangular layout, has two towers and low sacristies attached to the side facades, and a five-wall apse narrower than the naves. The wooden church building erected on the field stonework foundation is boarded: the facades and the lower sections of the towers are boarded vertically, the upper sections of the towers – horizontally, the triangular pediment of the main facade – in herringbone pattern. The main facade is framed by two two-section towers of a square base. Each section of the towers is topped with triangular pediments, and the upper part ends with a small pyramidal roof with an ornamented forged cross.

A wooden belfry of two sections, featuring folk architecture forms is located in the churchyard. The first section is wider than the second, and they are separated by a profiled cornice with a small roof, and the belfry top is covered with a pyramidal four-sided roof with an ornamented cross in the middle. The belfry is a frame building boarded with planks: the first section is boarded vertically, with narrower planks, and the second section is boarded horizontally. Arched sound holes with horizontal wooden blinds are located in the second section. 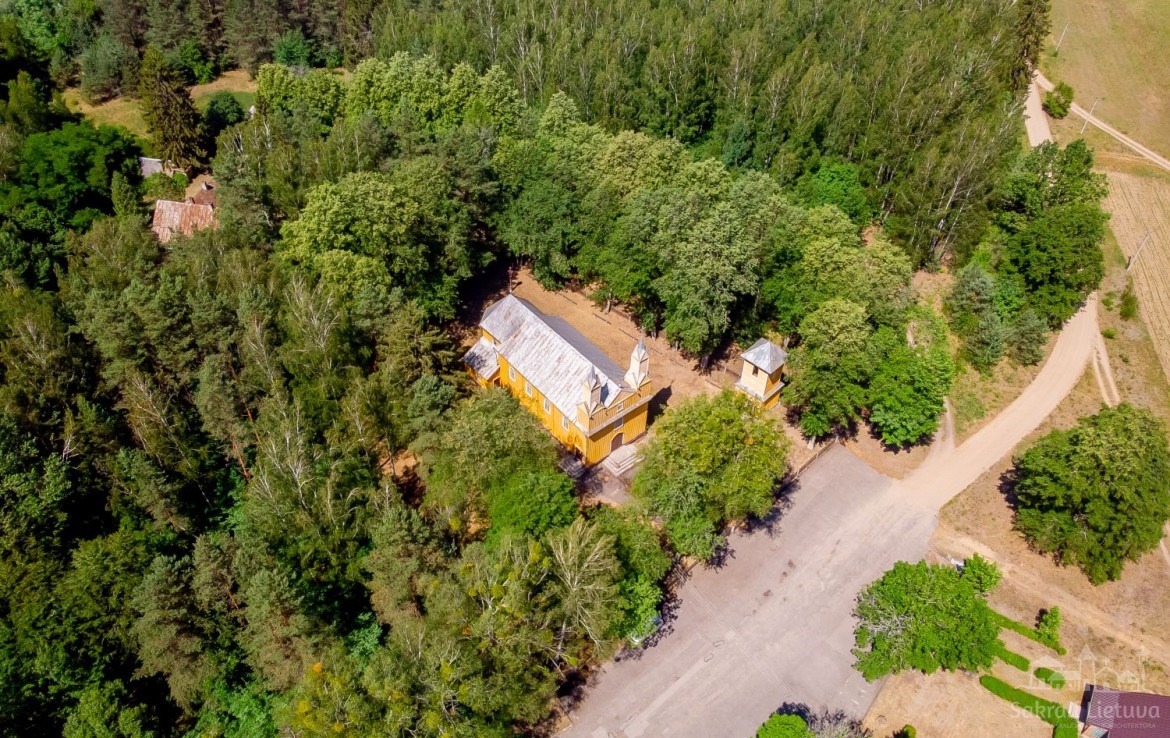 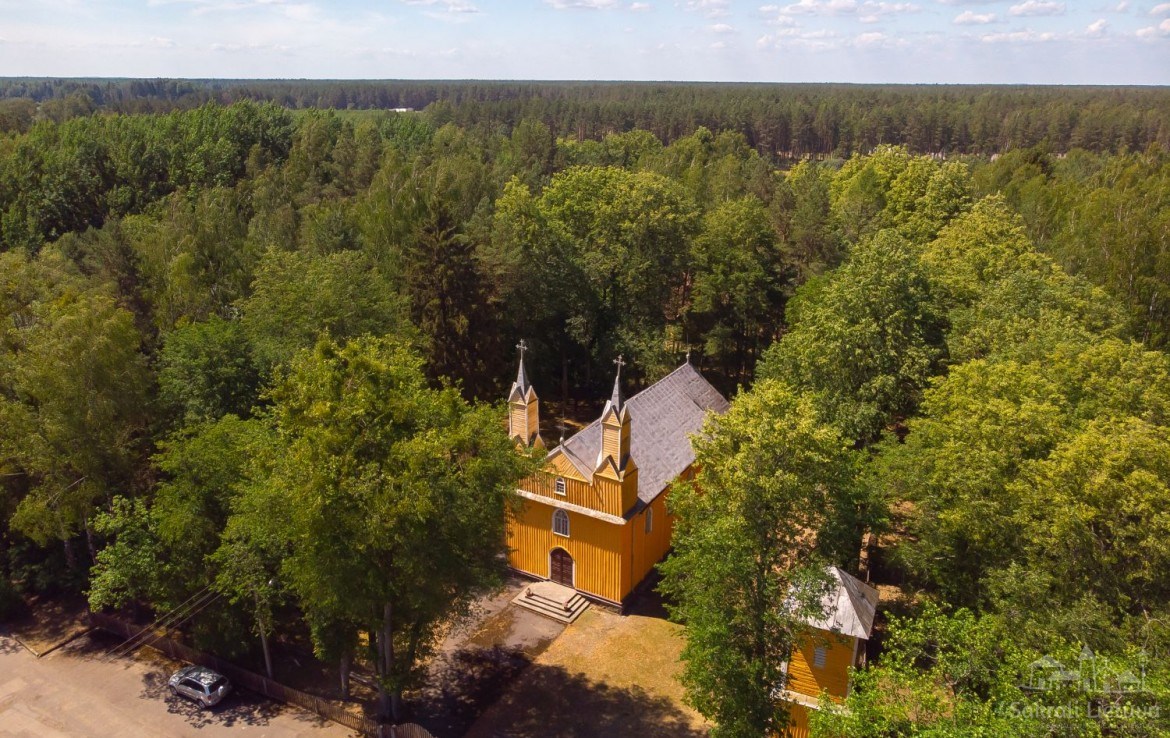 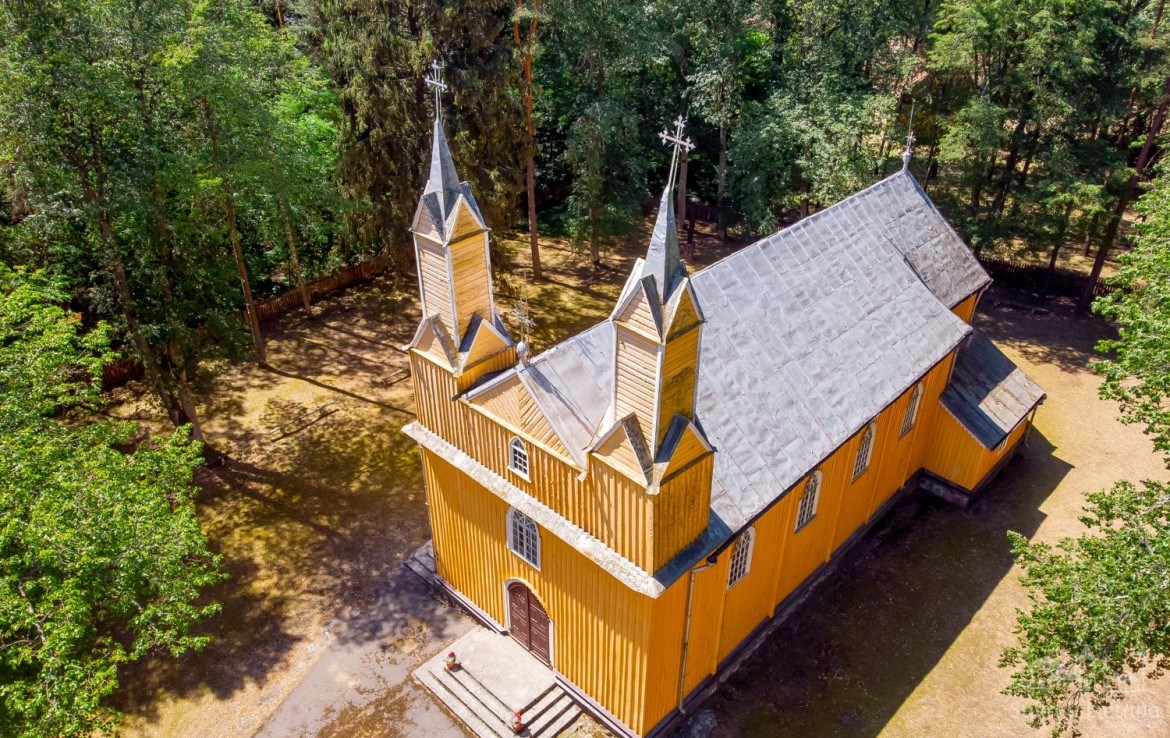 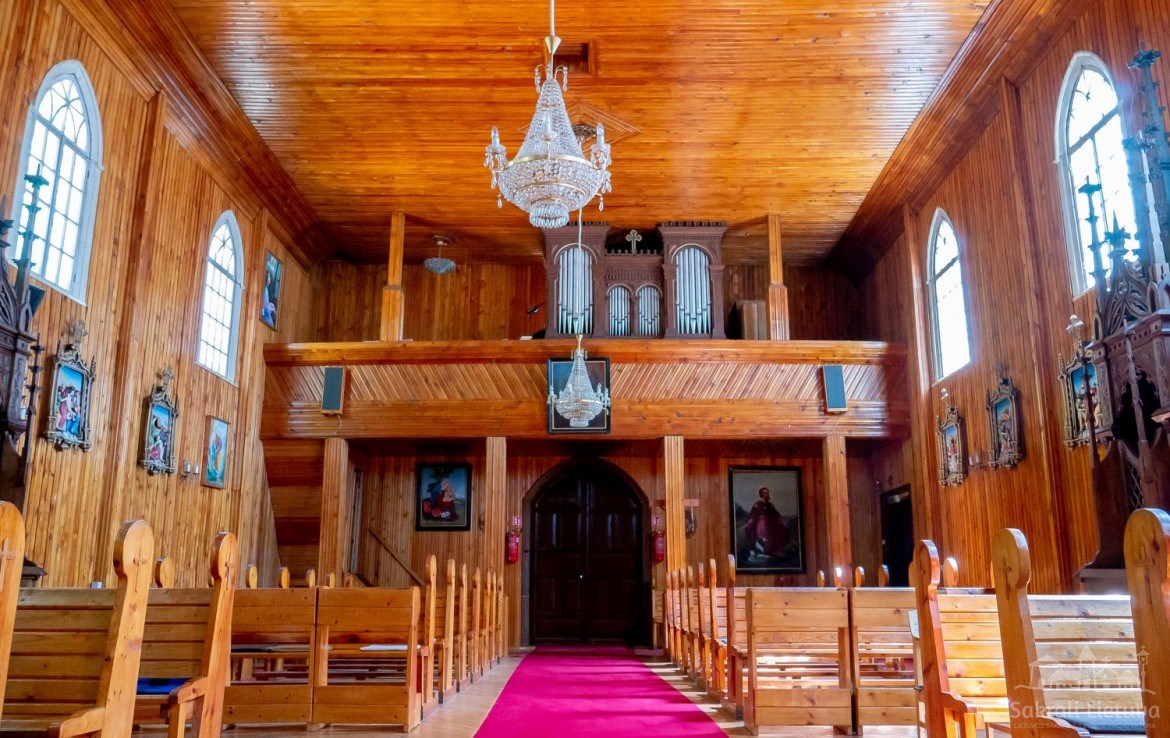 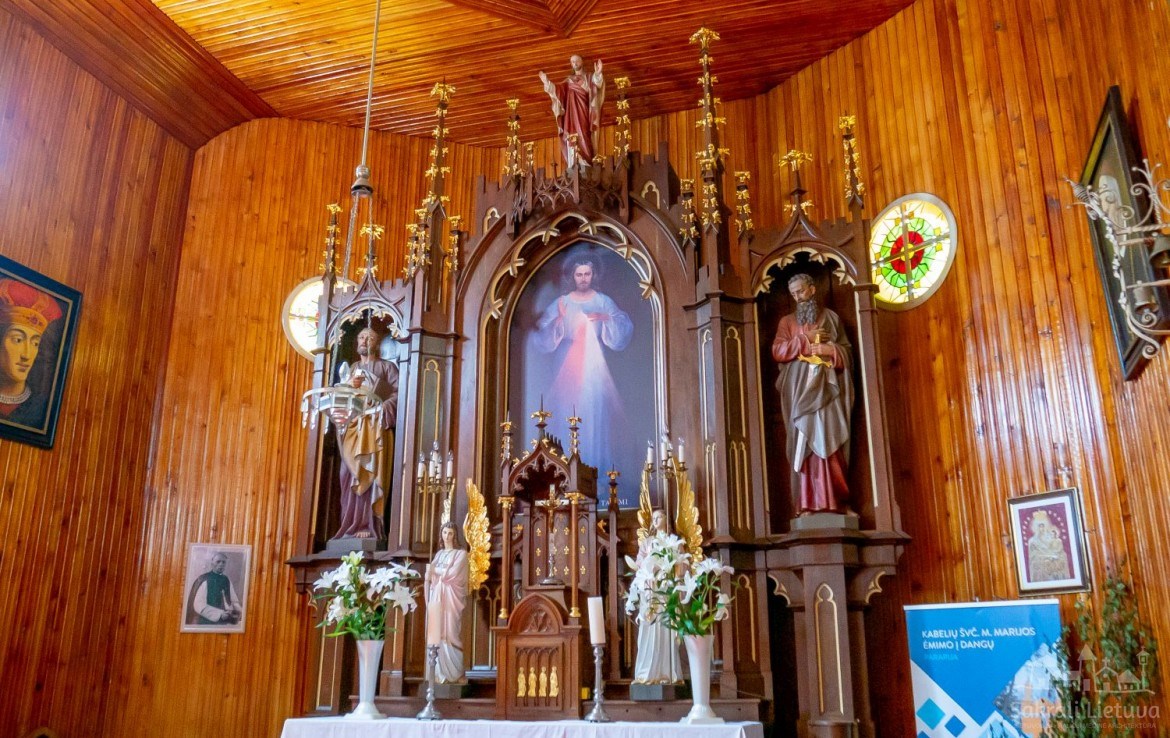 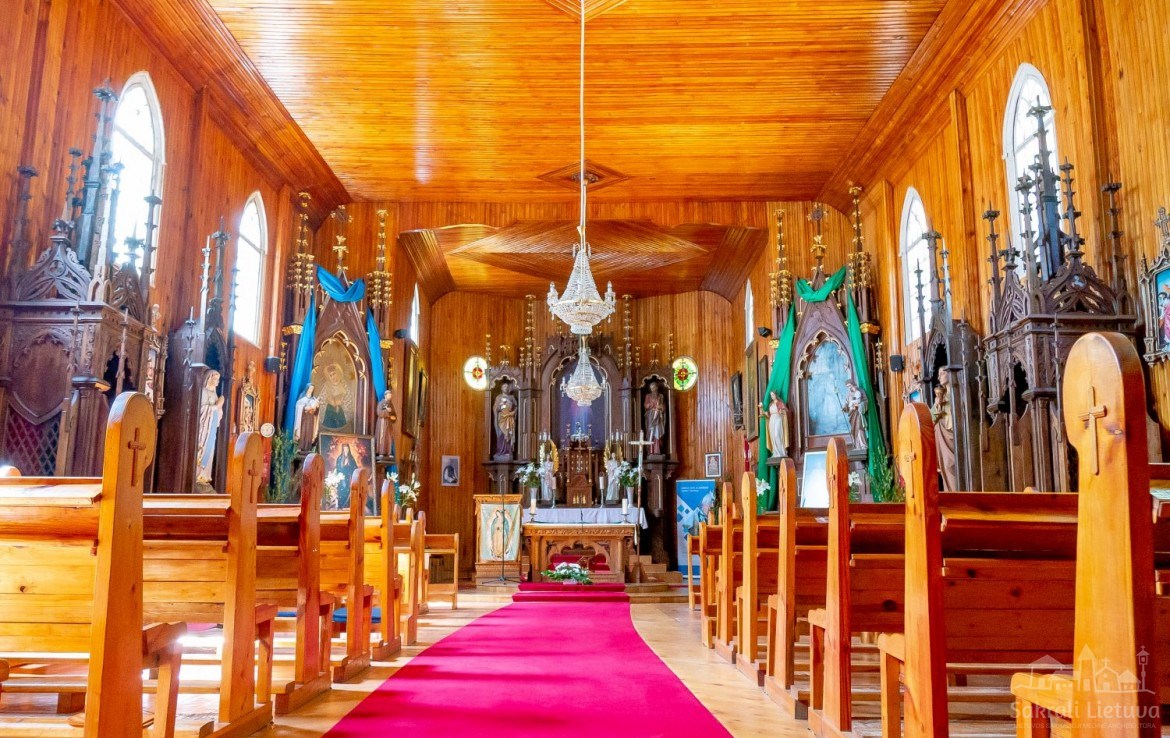 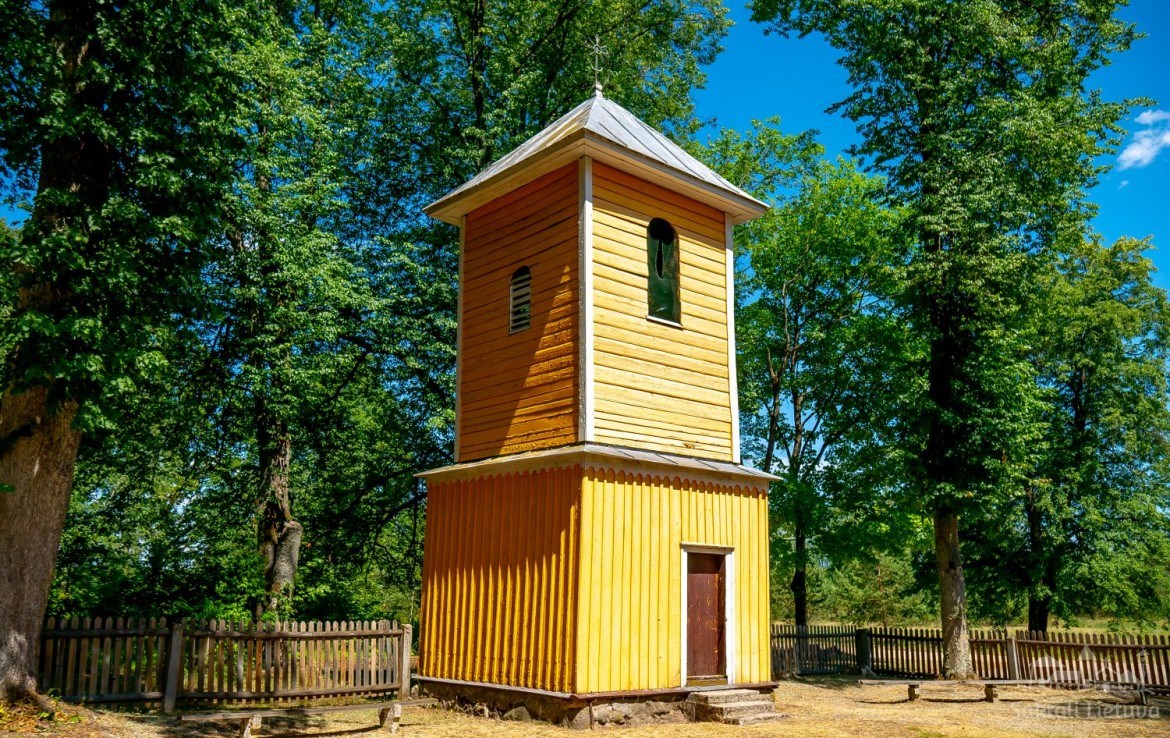 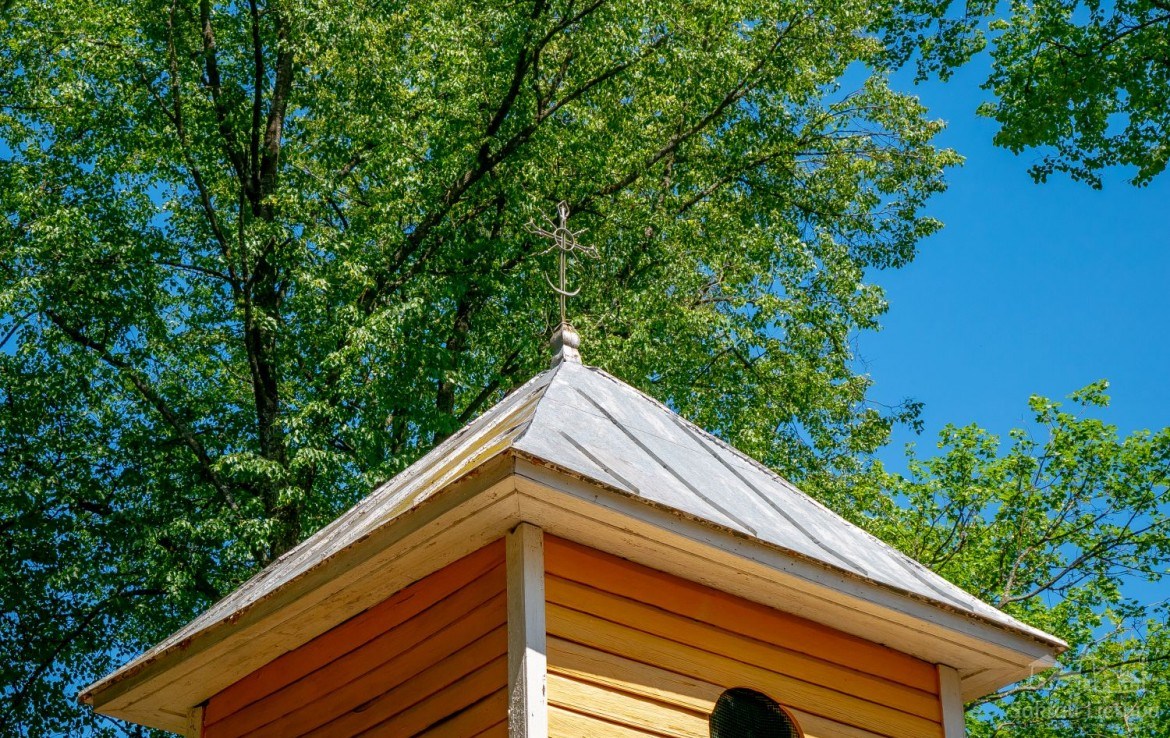 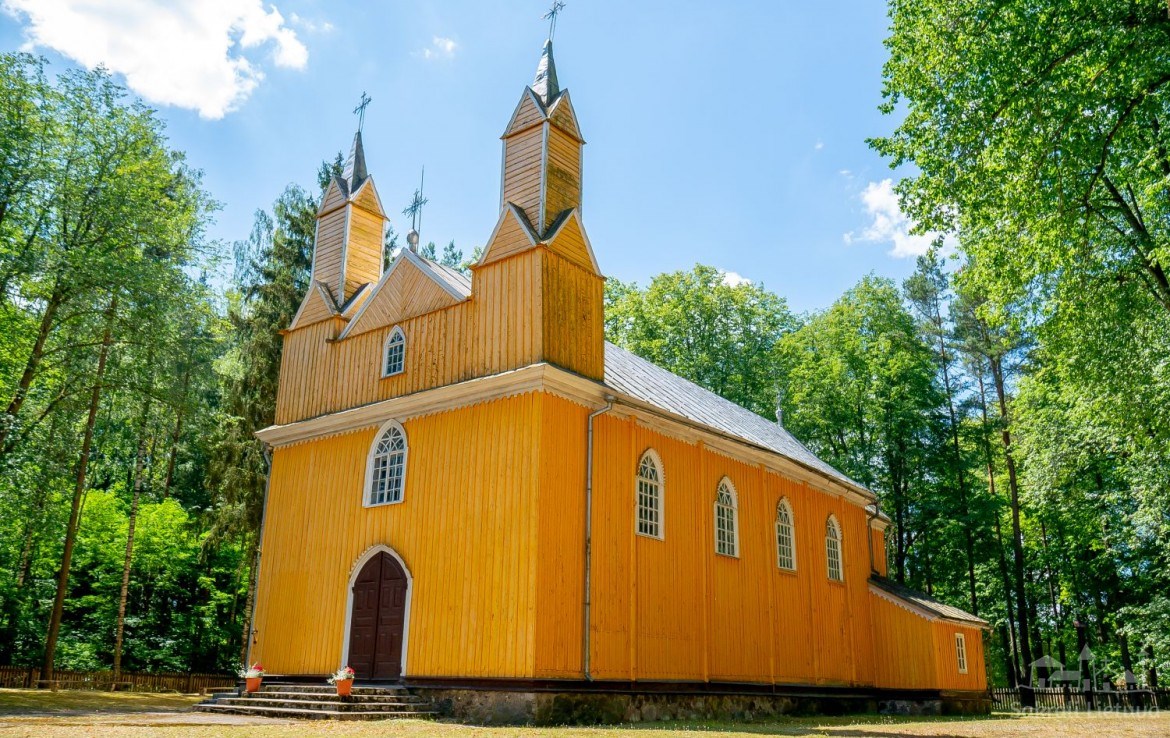 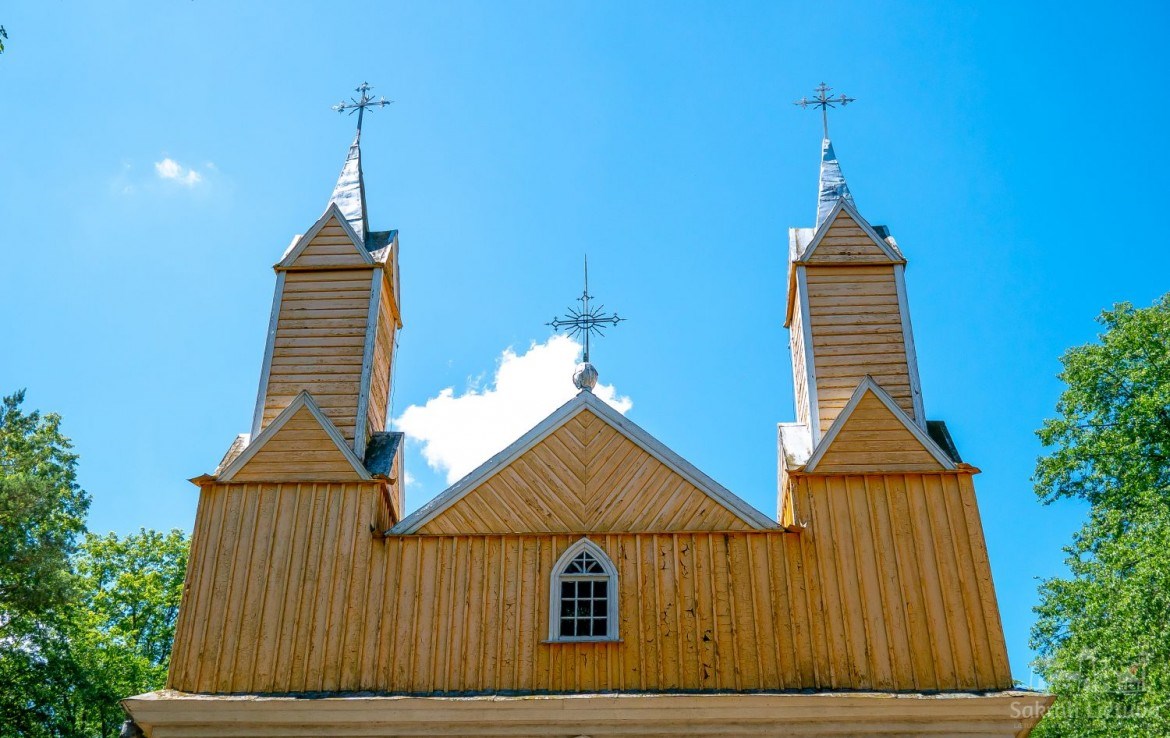 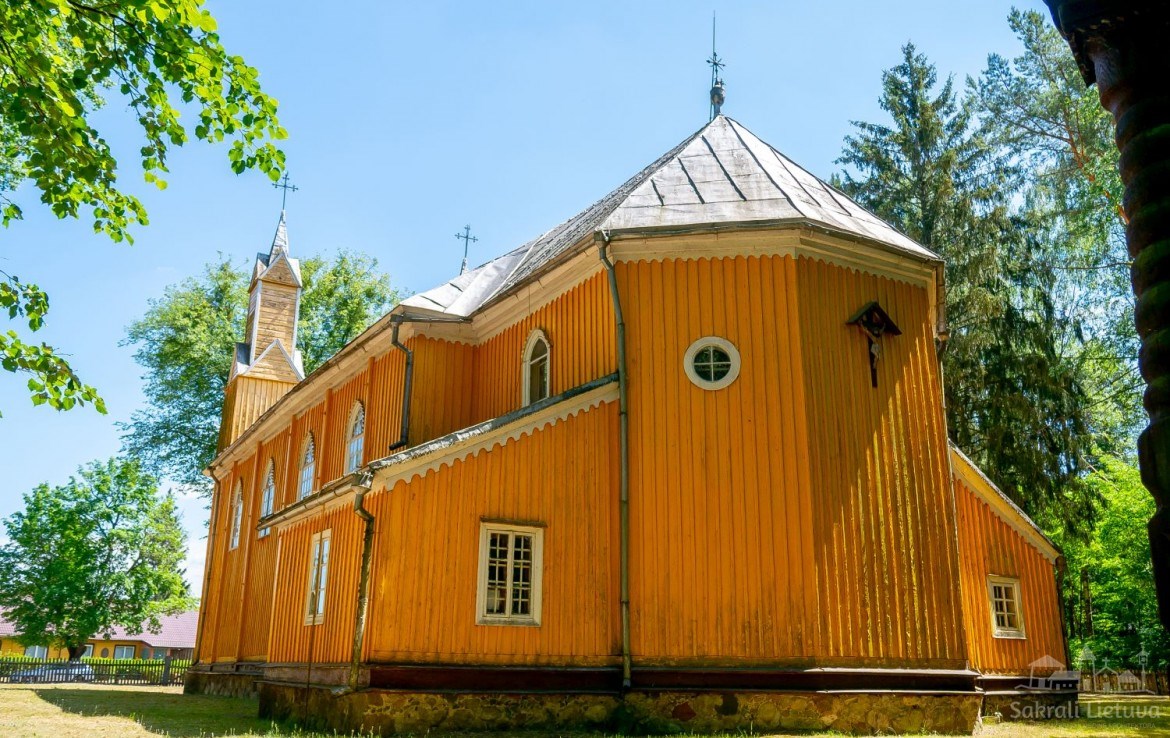 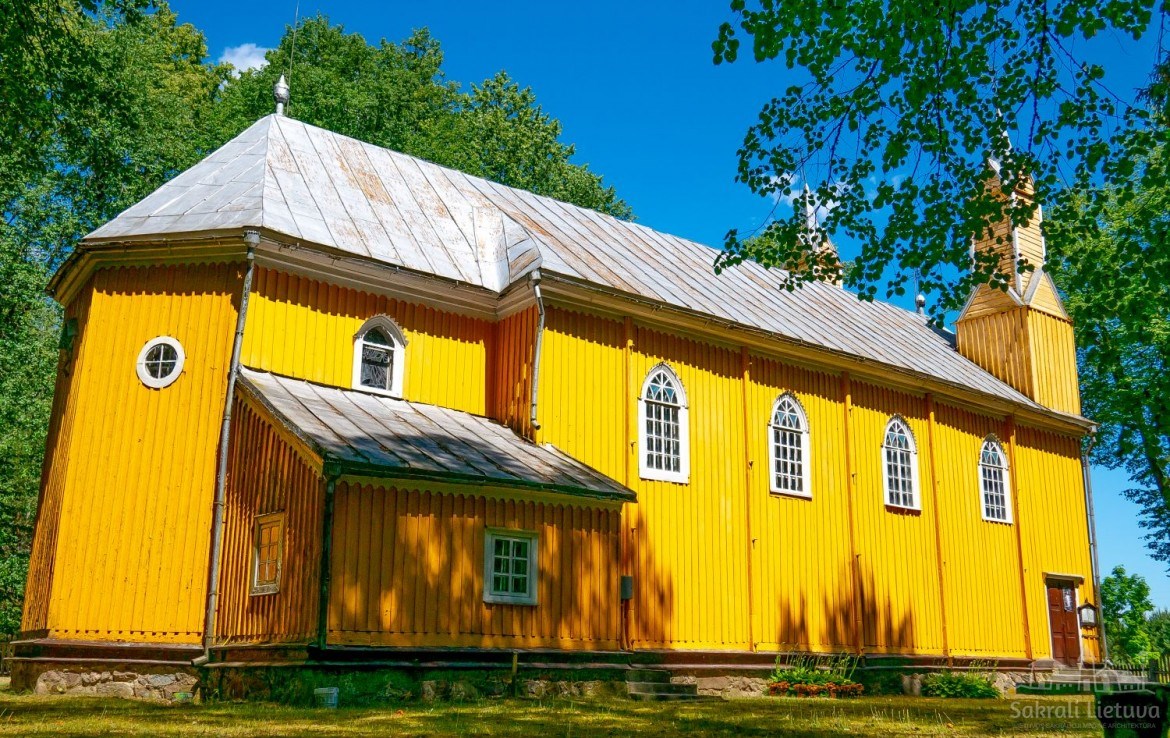 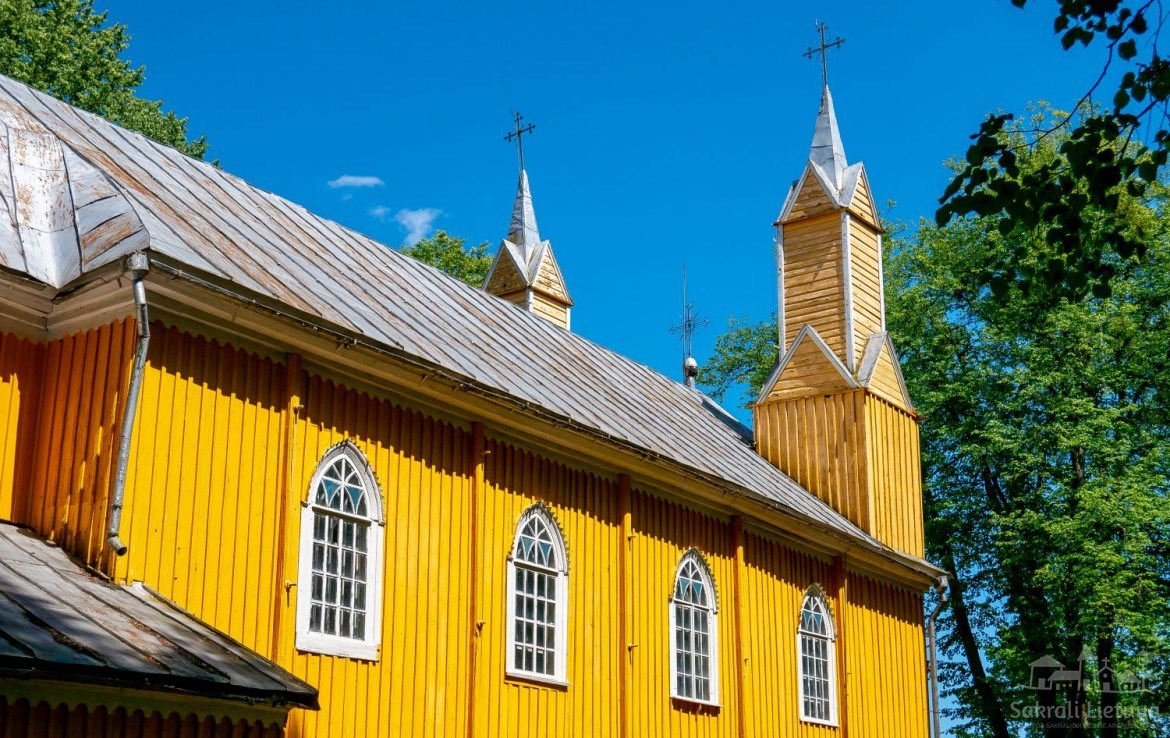 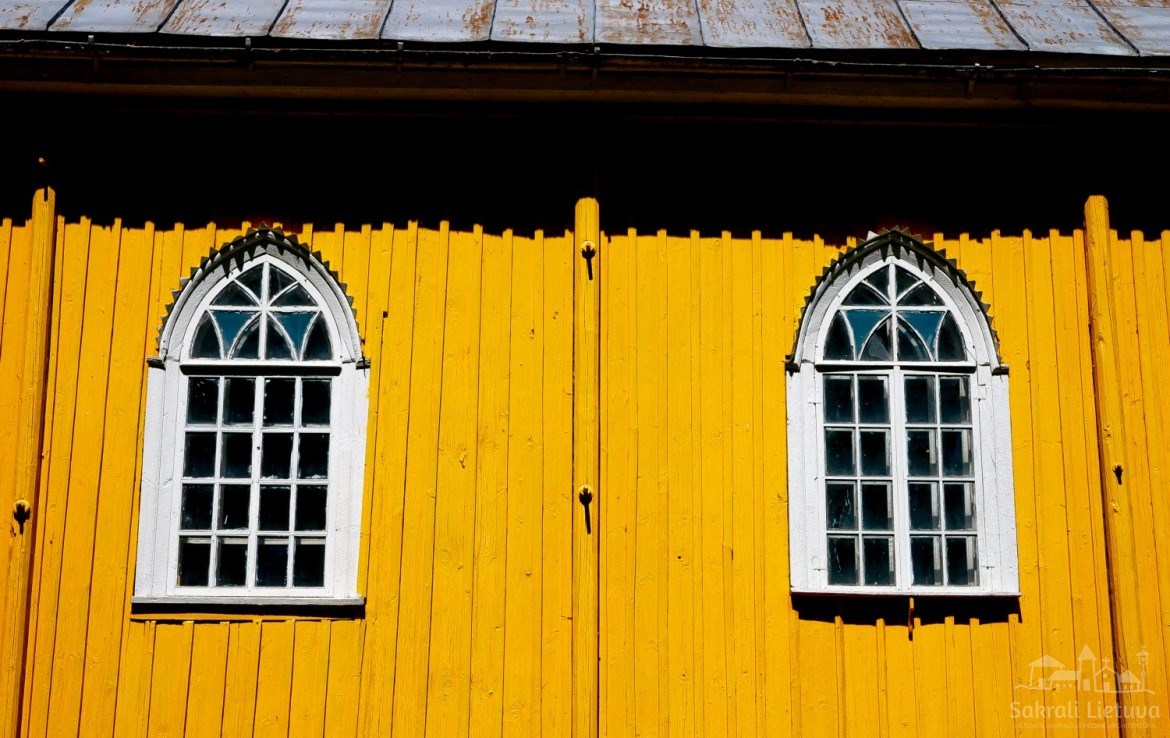 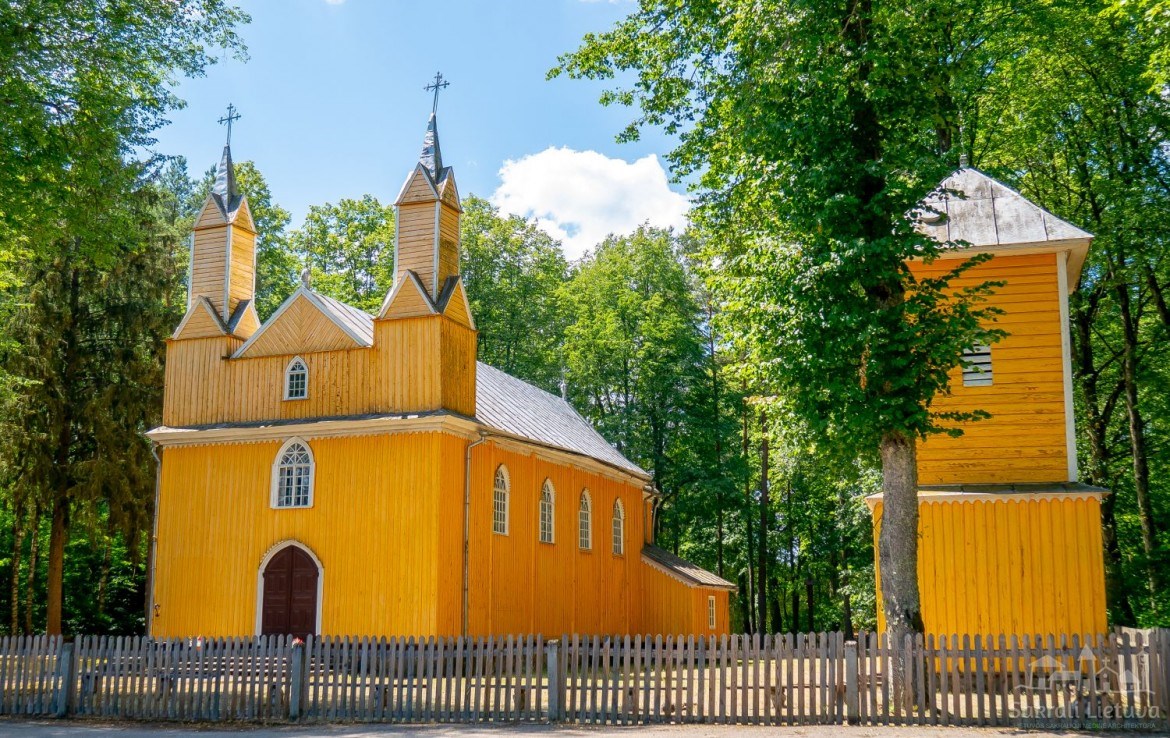 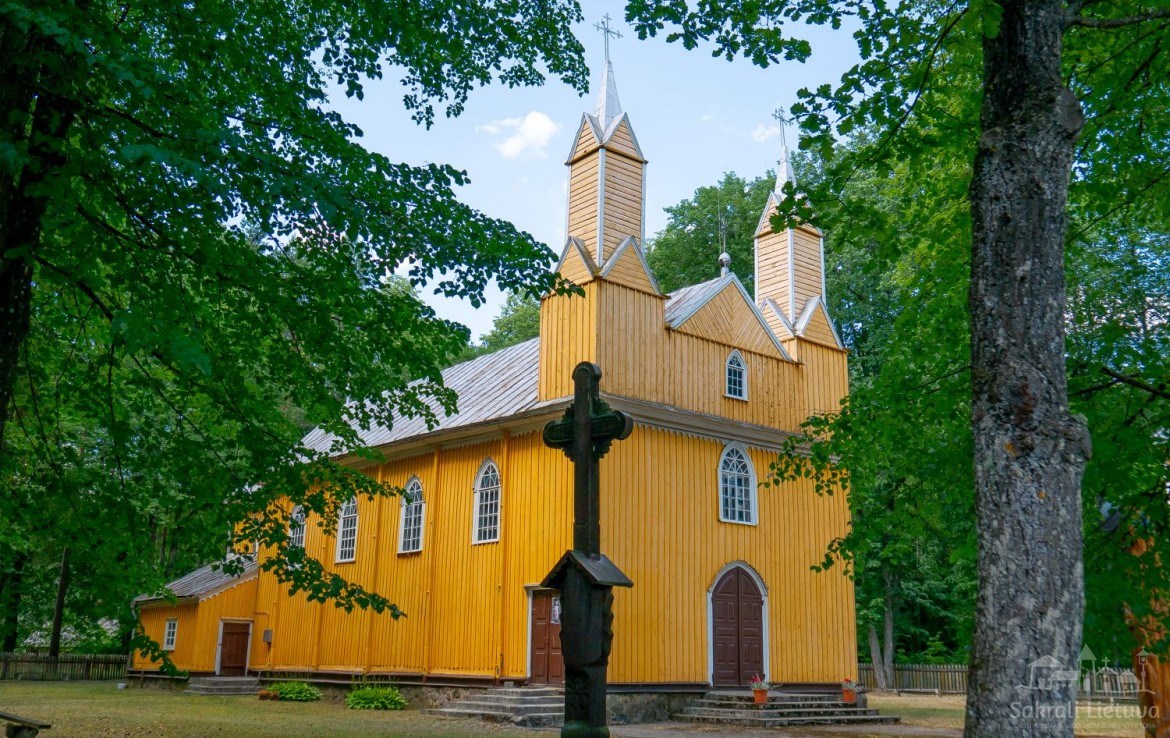