The history of a church in Joniškis town in Molėtai district dates back to the first half of 18th century, when the Jesuits built the first church here. There was a parish school established at it, as well as the fraternities of the Holy Trinity and Our Lady of the Scapular, and feasts took place there. A bit later, in 1811, a new belfry was built. The present Joniškis Church was built in 1848 by the pastor Florijonas Piotrovskis and his parishioners. At the end of the 19th century, the church was renovated: the roof and the flooring were replaced, the facade was renovated, the altars were repainted to imitate marble, another sacristy symmetrical to the former one was built, the decayed turrets were replaced with new ones, and the tower crosses torn down by a hurricane were replaced. The church was heavily damaged during World War II.

The church is of a rectangular layout, and has a tower, a three-wall apse and two lower sacristies. The church exterior features distinct elements of Baroque and Classicism. The main facade is ornate, divided horizontally into two parts by a small roof covered with sheet steel. The first facade section is boarded vertically, and topped with the second Baroque-shaped section, framed by two decorative turrets on a rectangular base. The towers are symmetrical, consist of two sections each, with small, decorative triangular pediments and four-sided roofs covered with sheet steel. Their pointed tops are adorned with ornamental forged crosses. The belfry has a bell cast by G. B. Kinder in Königsberg and donated by Joniškis parishioners named after St. Anthony.
A small turret with an ornate helm is located above the presbytery. The main entrance is decorated by a portico with a triangular pediment supported by four columns. It has circular skylights on both sides of it.

The three naves of the building are separated by rows of columns, and the church interior is decorated by three altars of special artistic value, adorned with 17th century carvings. The Great Altar has the painting of Our Lady of Snow with edging. The 19th century carved wooden sculptures of St. Peter and St. Paul are located on both sides of it. The right altar includes a painting of St. Teresa of Avila; with an image of the Unitarian martyr Bishop Juozapas Kuncevičius, painted before his canonization in the 18th century, above it. The altar sides are decorated with images of the patrons of Lithuania, St. Casimir and St. Stanislaus and the coats of arms, Vytis. The left altar includes the 18th century sculpture of the Crucifix, famous for its graces, with vota, the thanksgiving signs of the believers hanging next to it. 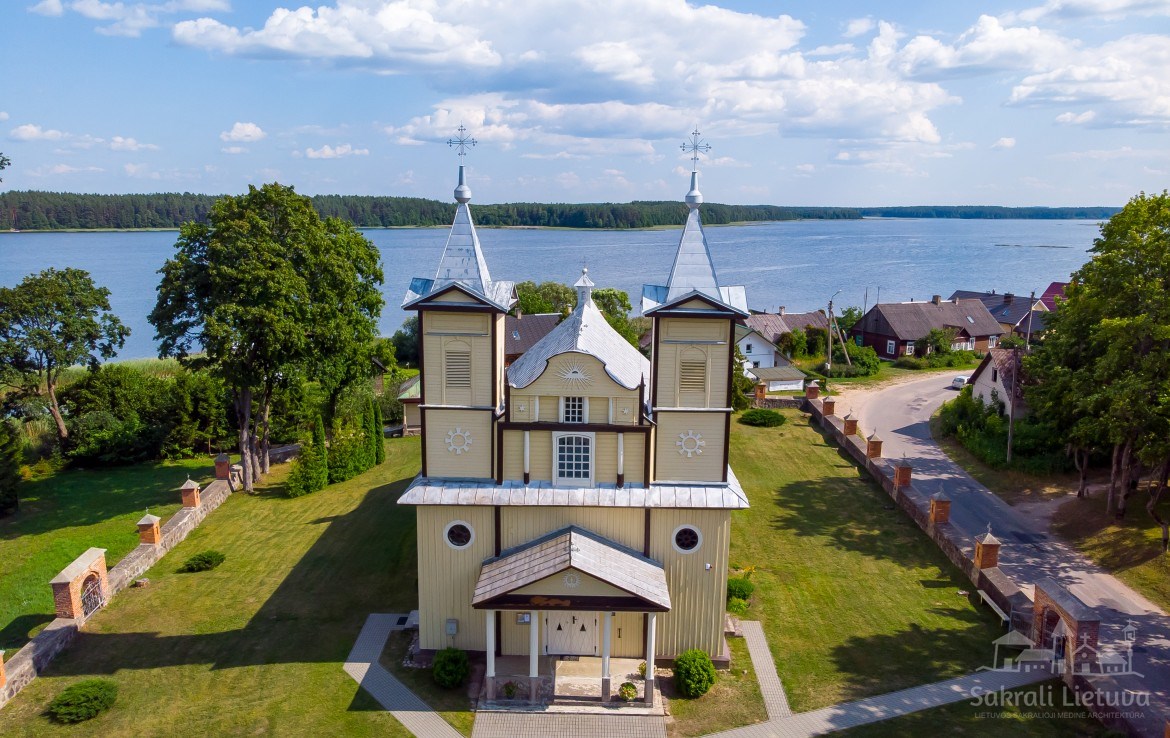 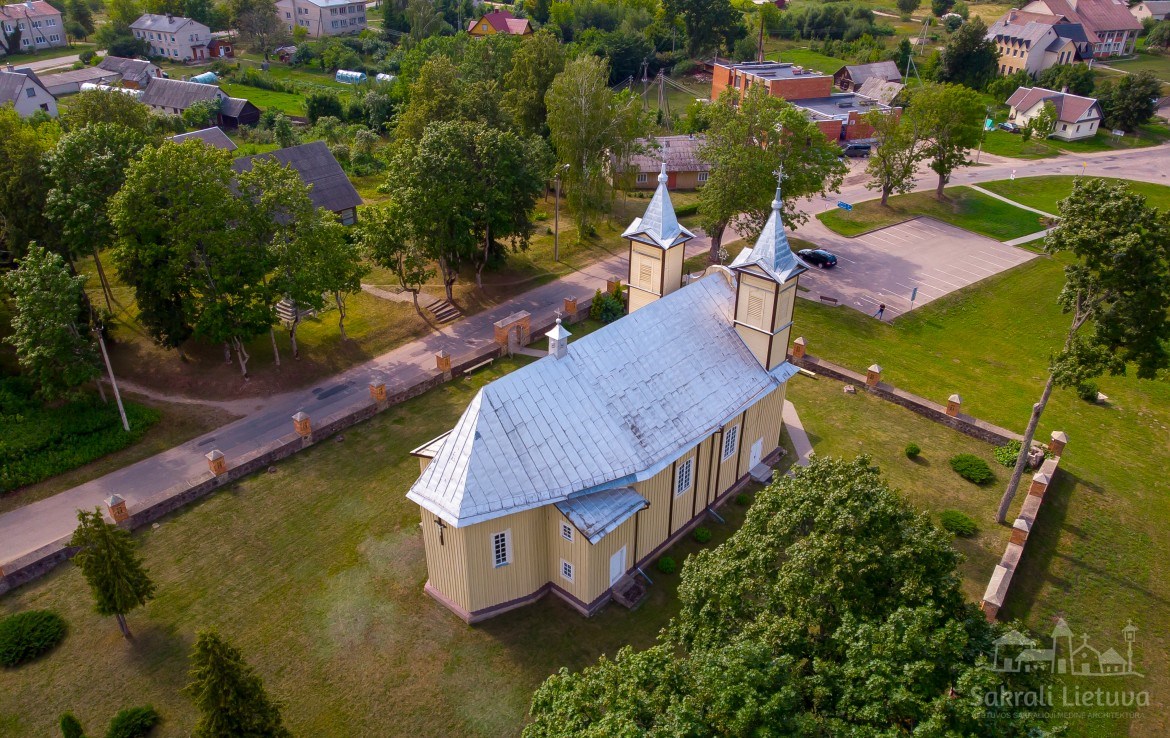 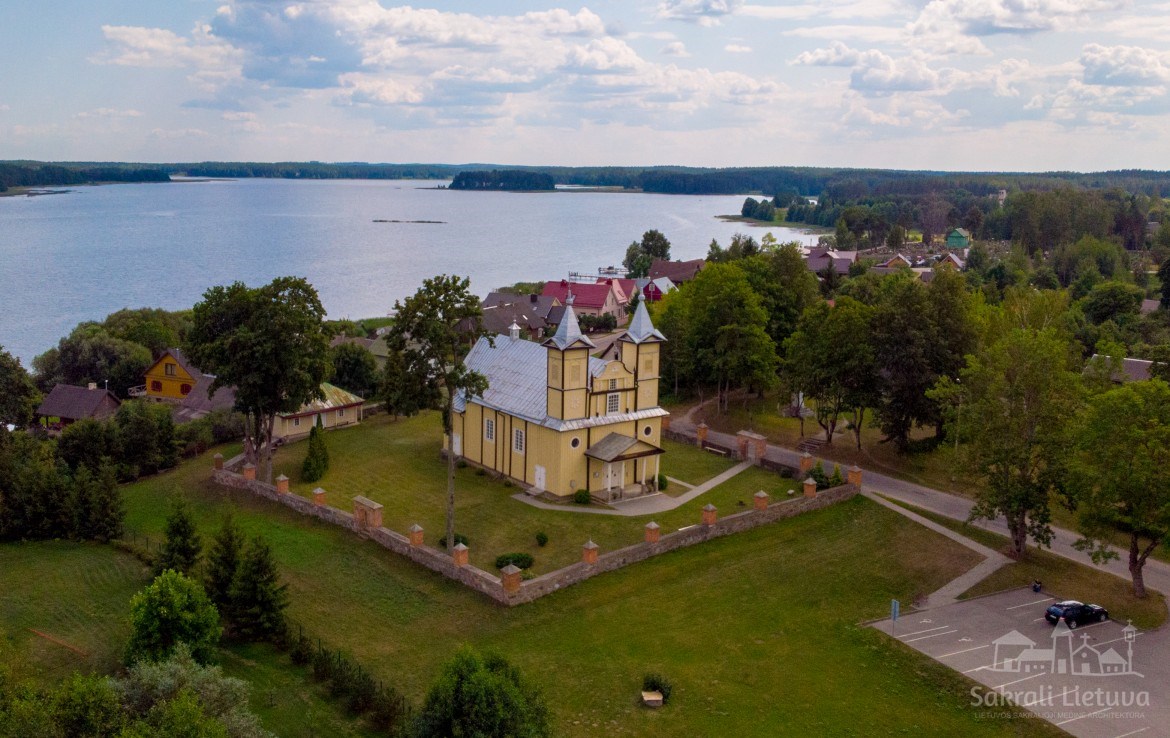 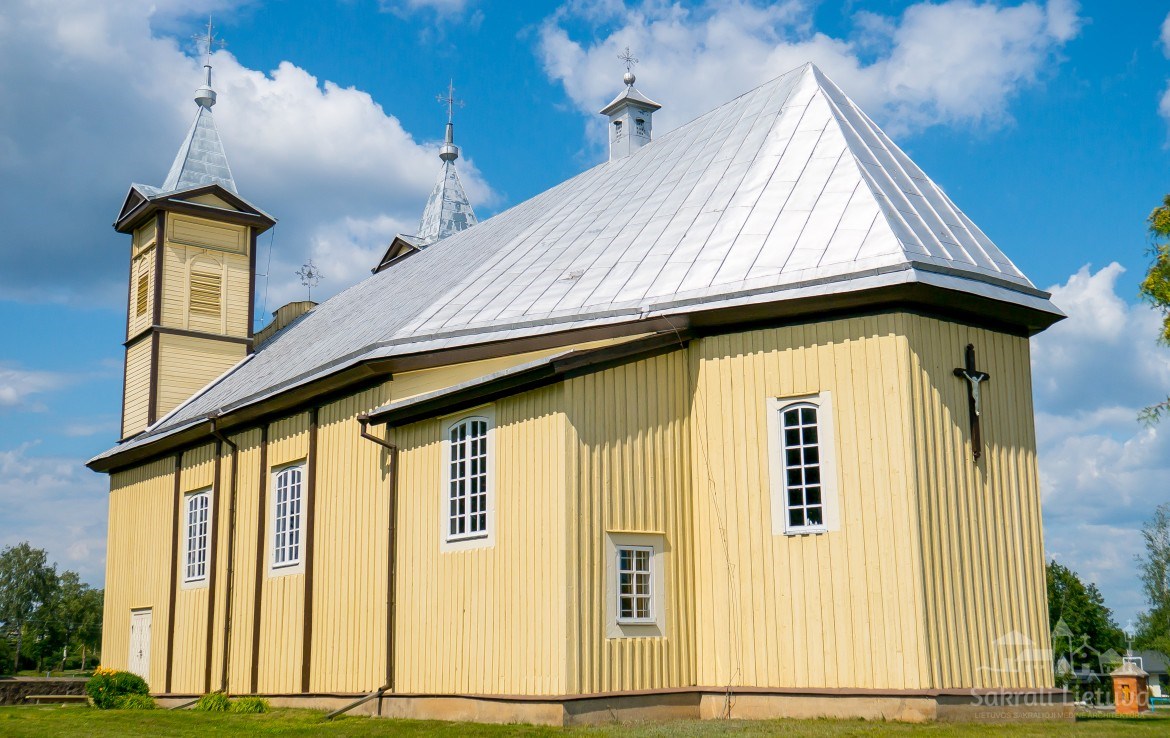 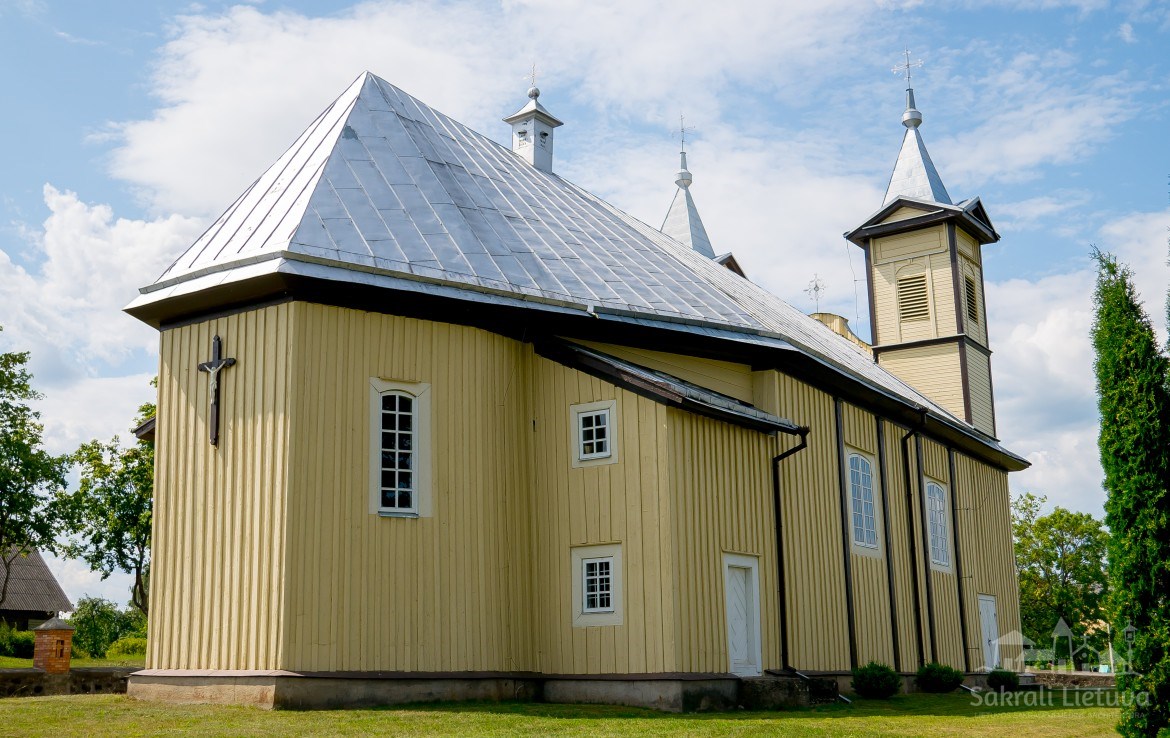 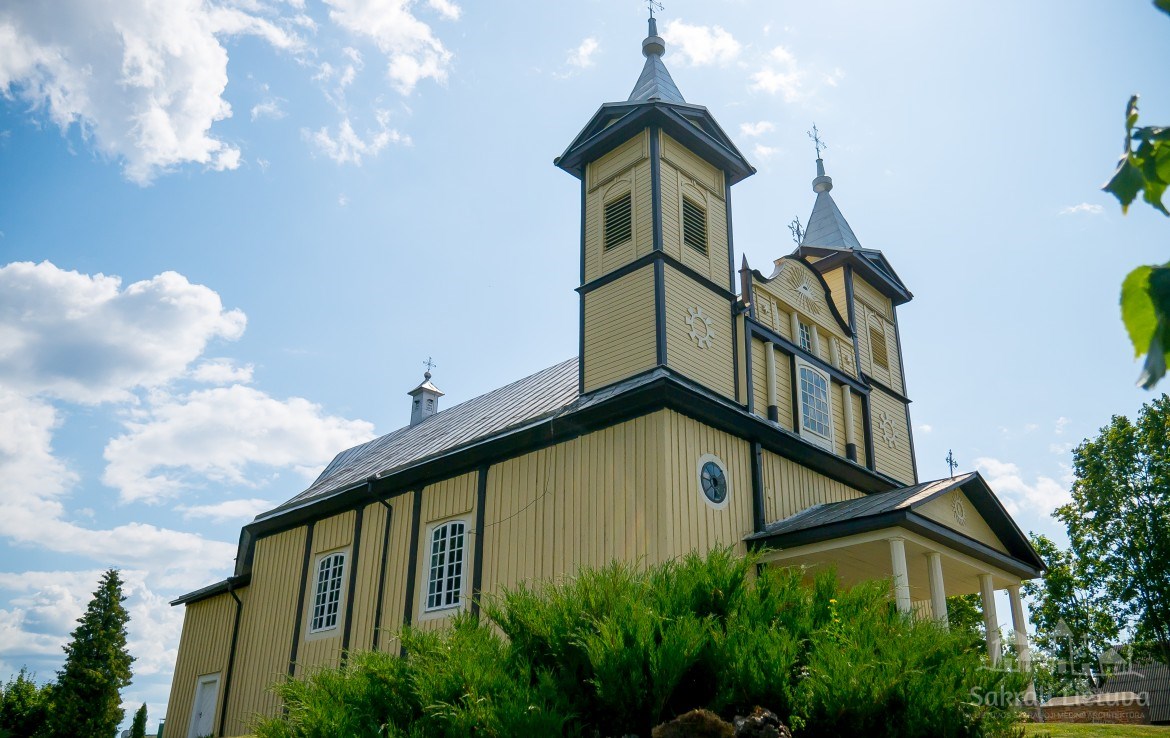 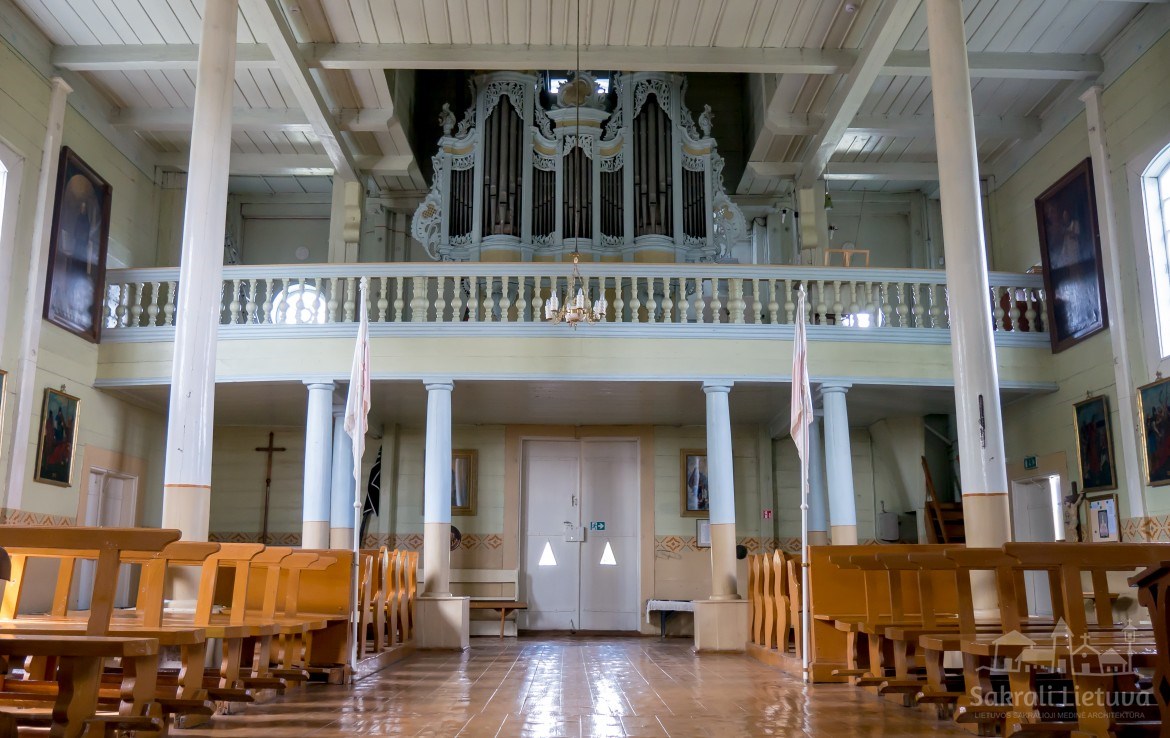 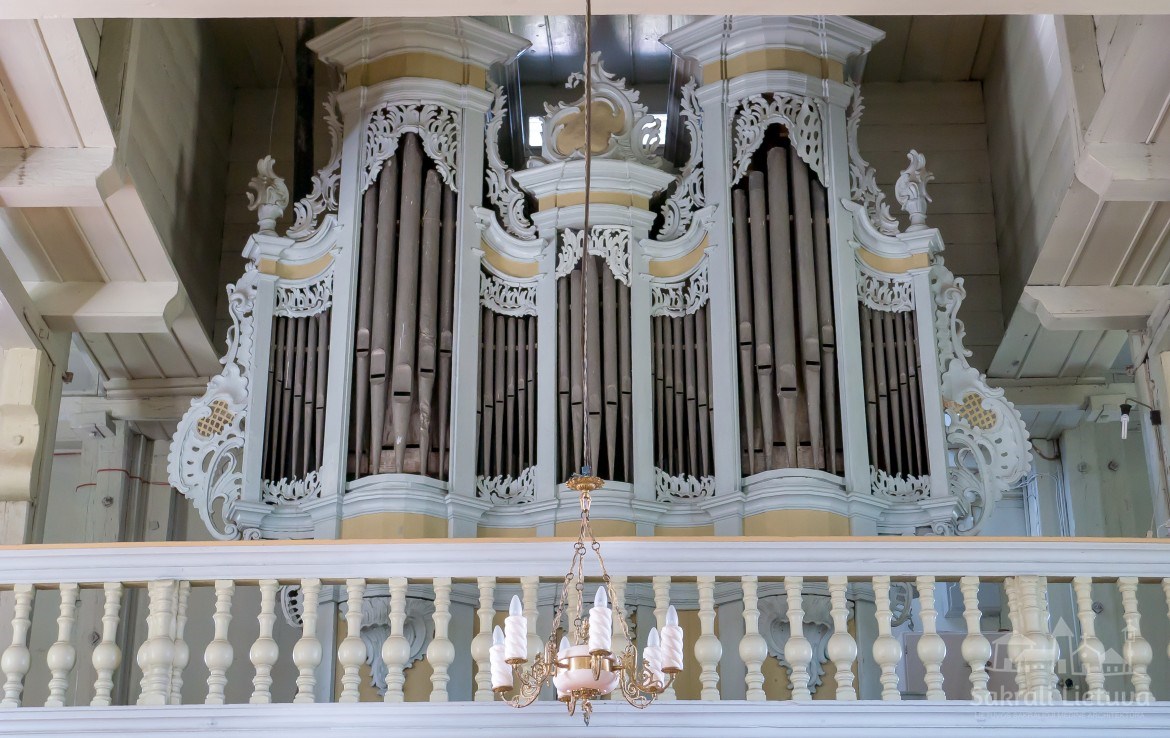 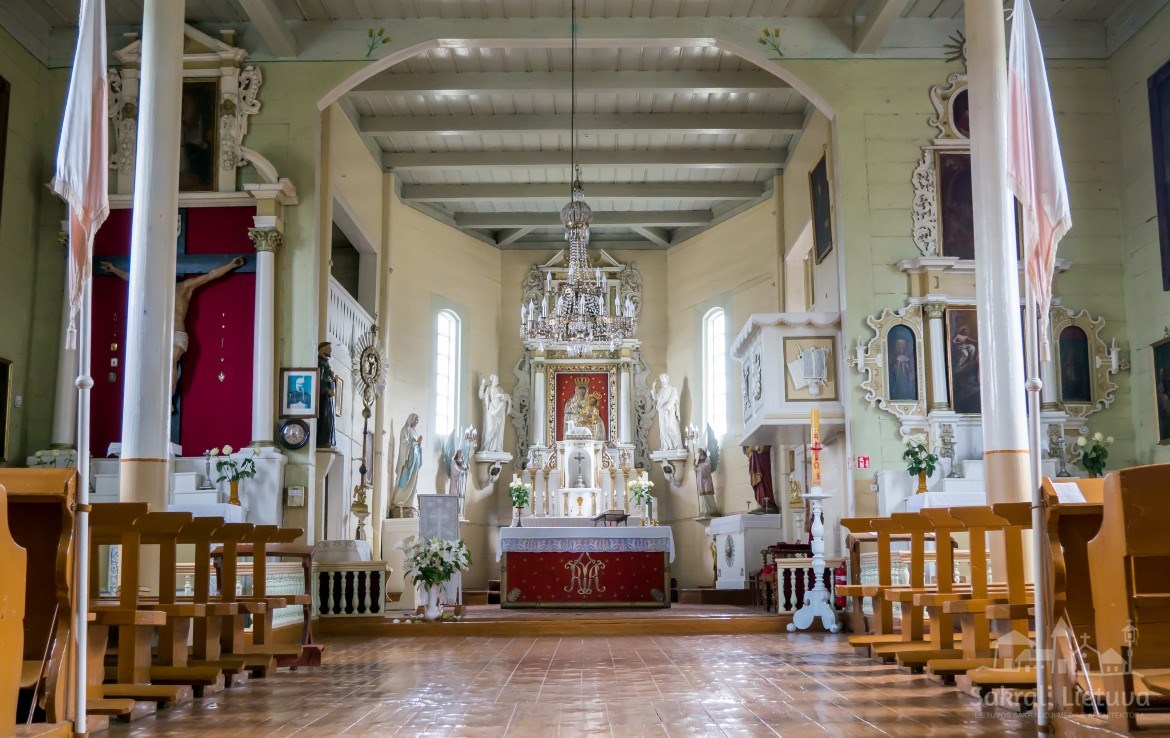 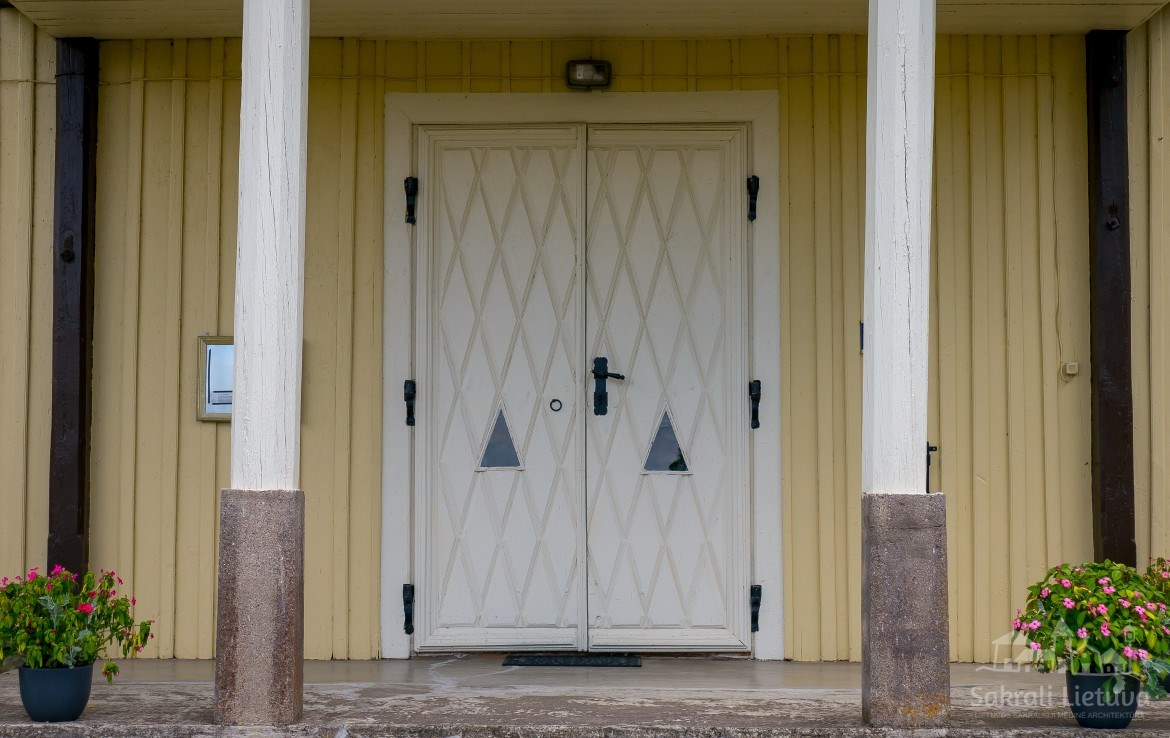 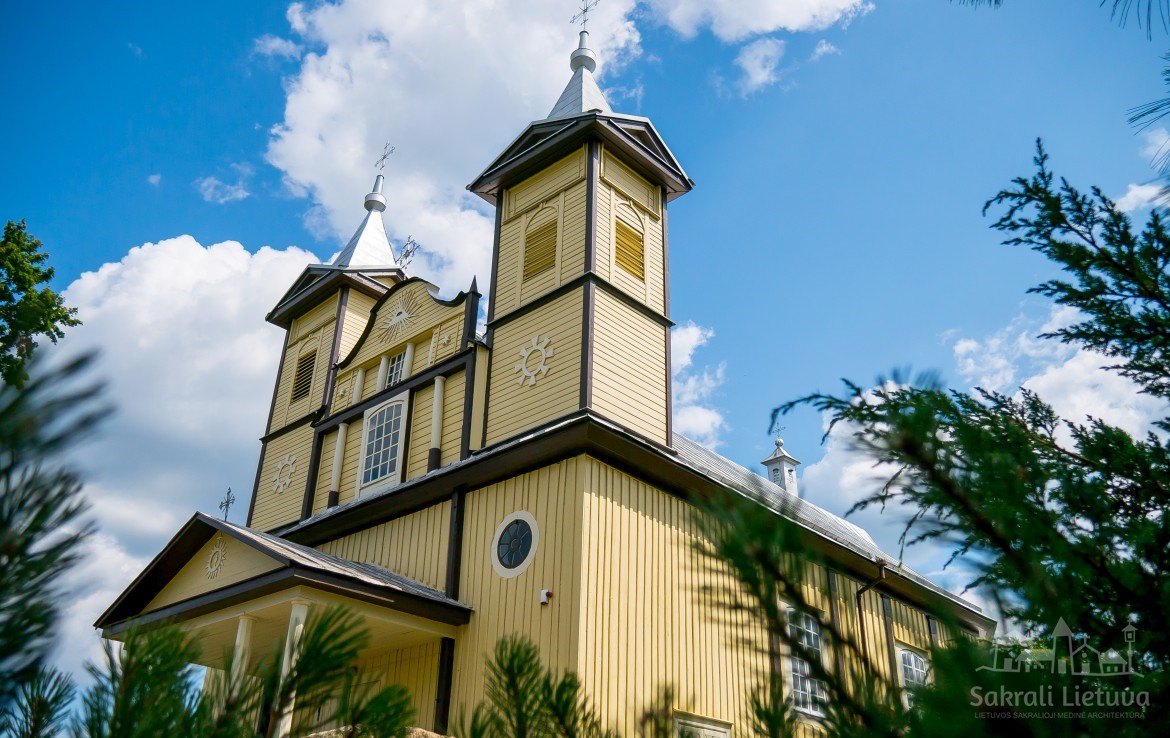 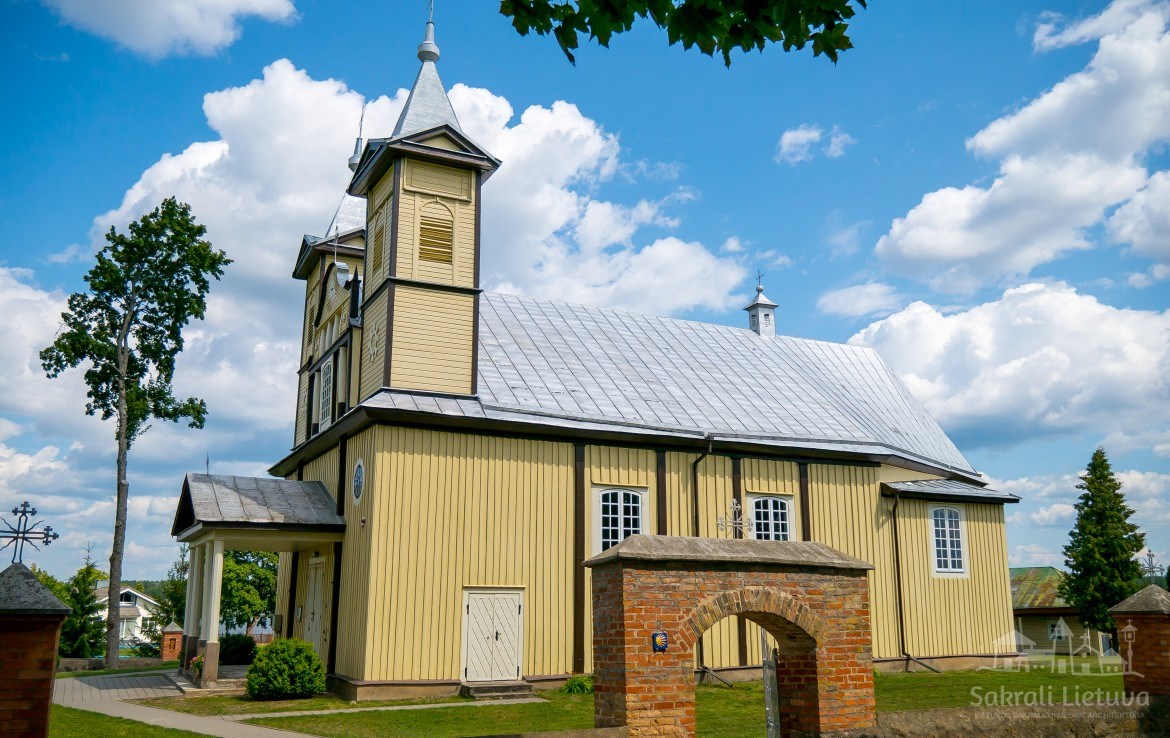