Inturkė already had a church back in the 16th century, and Queen Bona donated several families, Rudesa farmstead, and some land to maintain it. The church of Inturkė was rebuilt several times. The existing building was built back to the 1760s, under the pastor Mikalojus Odlenskis (Michal Odlensky). A Rosary Fraternity and a parish school teaching peasant children operated at it. At the beginning of the 19th century, when the pastor Antanas Laševskis started working in Inturkė, the church underwent a reconstruction: the roof was repaired, columns were built inside the church, and a portico was attached to it. In 1974-1986, the church was restored by Monsignor Juozas Dabravolskis. The church of Inturkė is valuable from the architectural viewpoint and more than that, from the historical one: in the middle of the 20th century, the future Cardinal Vincentas Sladkevičius was the pastor there.

The architecture of the church is folk Baroque intertwined with Classicism, and the building has features typical of Romantic architecture. The exterior of the church is of a rather laconic form, without abundant decor details typical to sacred architecture. The building is of a rectangular layout, with small annexes on the sides. It is similar to a dwelling house, and its function is disclosed by a triangular apse, a small quadrangular turret with a pyramidal roof and ornamented cross above the main facade, and a large ornamented cross on the main facade pediment highlighted by color. The modest church decor is created by a profiled cornice running under the roof along the entire perimeter of the building, cornices of the pediment and turret eaves, decorative partitioning of rectangular windows, highlighted edging and small triangular dripstones over the doors.

The interior of the church is much more ornate, rich in décor typical to late Baroque and altar decorations. The interior space includes three naves and two sacristies, and is entirely covered with impressive caisson ceilings. An ensemble of five altars, a pulpit and two confessionals created in the second half of the 18th century, is particularly valuable. The altars are decorated with works of great artistic and historical value, painted in the 17th-18th centuries. The picture of the Most Blessed Virgin Mary with the Baby, renovated in the middle of the 19th century, stands out among them. The Stations of the Cross decorating the church walls were painted by T. Butkevičius in 1878. The organ of the church was made in the workshop of Martynas Masalskis, the famous organ master from Panevėžys. The stained-glass windows were created by K. Kurlenskas.

Built in the 18th century, the church belfry is a typical example of folk architecture: it is of a quadrangular base, and consists of two sections, with the narrower upper one that is covered with a four-side pyramidal roof with a cross. The belfry sections are partitioned by a profiled cornice and a small roof covered with sheet steel. The belfry is covered with vertical planks and narrower slats covering the joints. The bell mounting solution is slightly unusual: the bell is mounted on the outer wall that is covered with a small gable roof topped with an ornamented cross. The bell was cast in Kaunas in 1931.

Another unusual solution is the 19th century warehouse, also called “the bone place” that is integrated into the churchyard fence. The single-storey building is of a rectangular layout and has a basement. The lower building part of simple forms typical to folk architecture is made of field stonework and decorated with mortar-embedded pebbles, with its attic made of logs. The building has one room with two niches inside, and one rectangular entrance. The gable roof is covered with sheet steel.

Church of the Assumption of Holy Virgin Mary and Belfry of Inturkė - Bažnyčios g. 15, Inturkė 33212, Lietuva 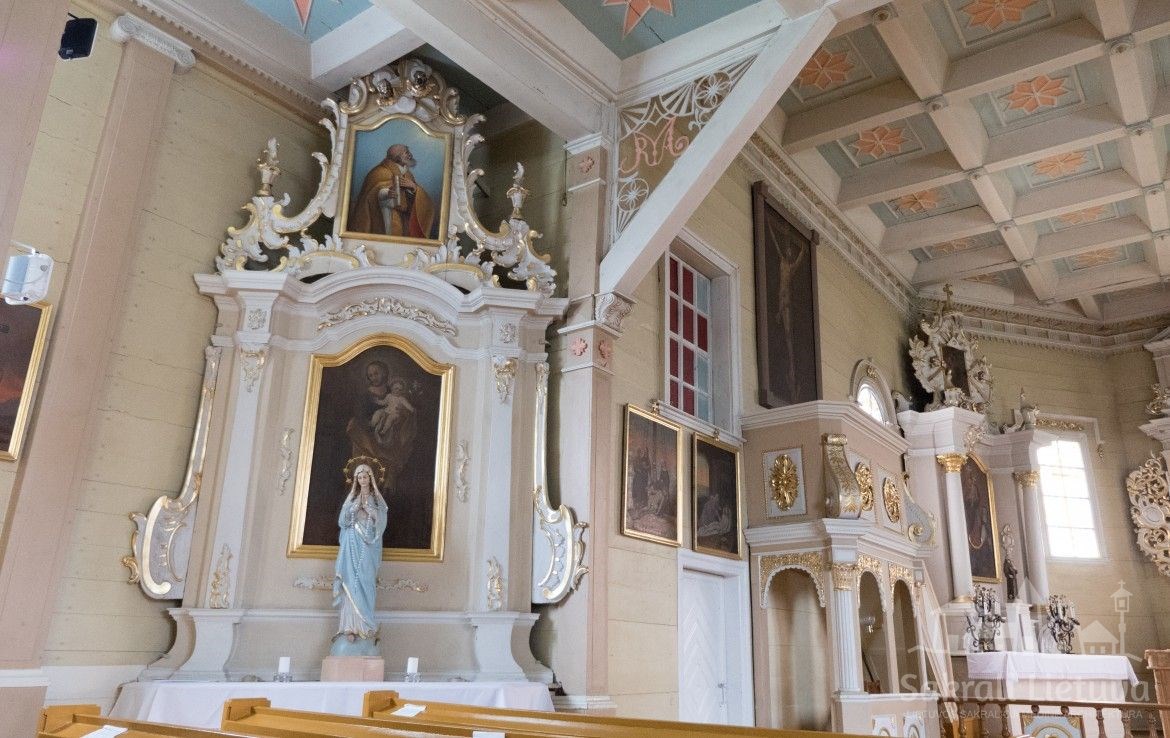 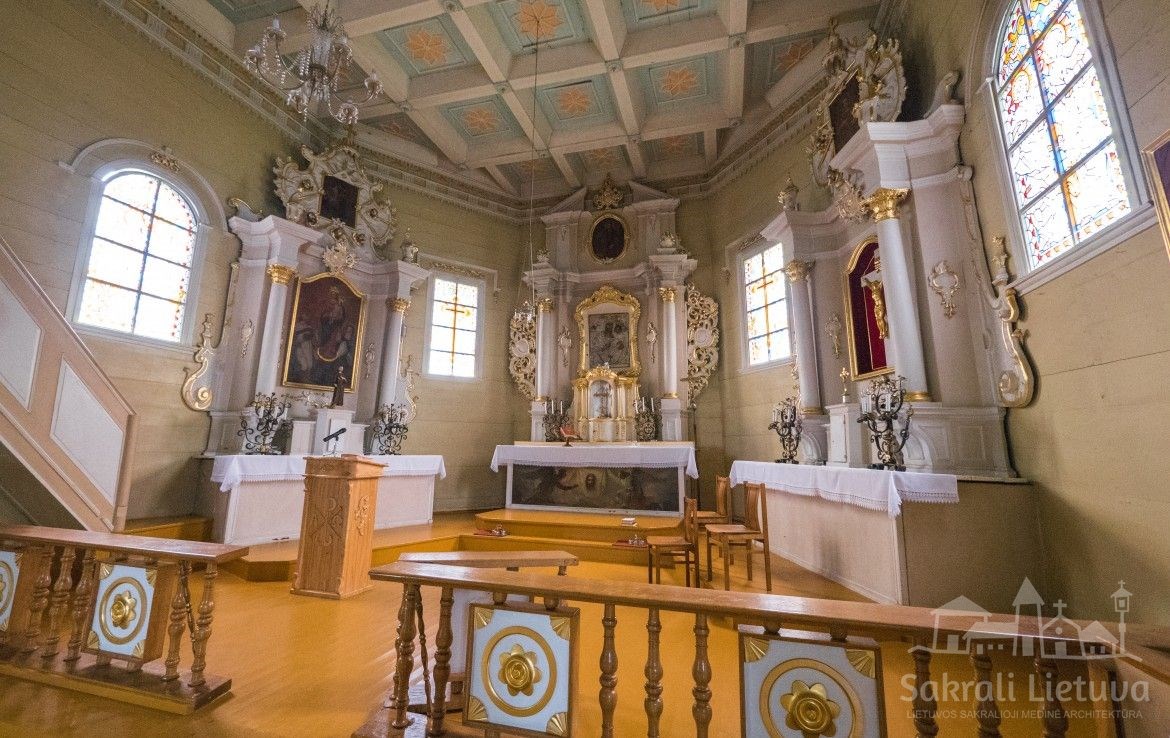 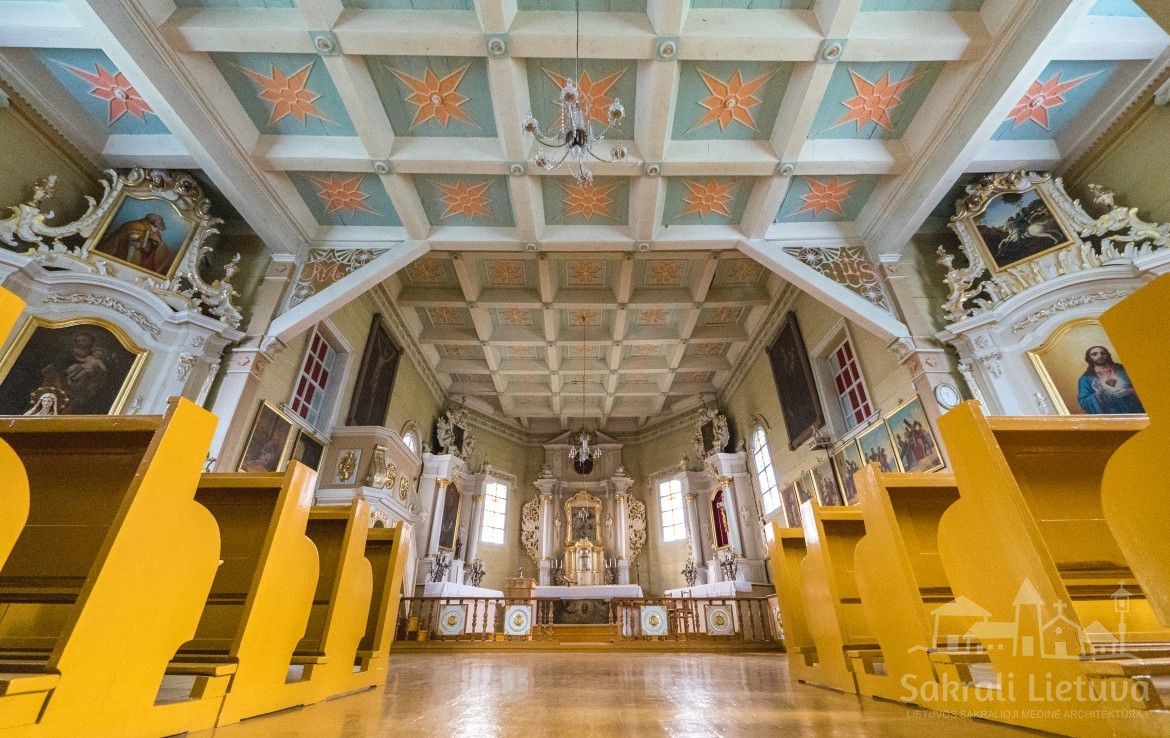 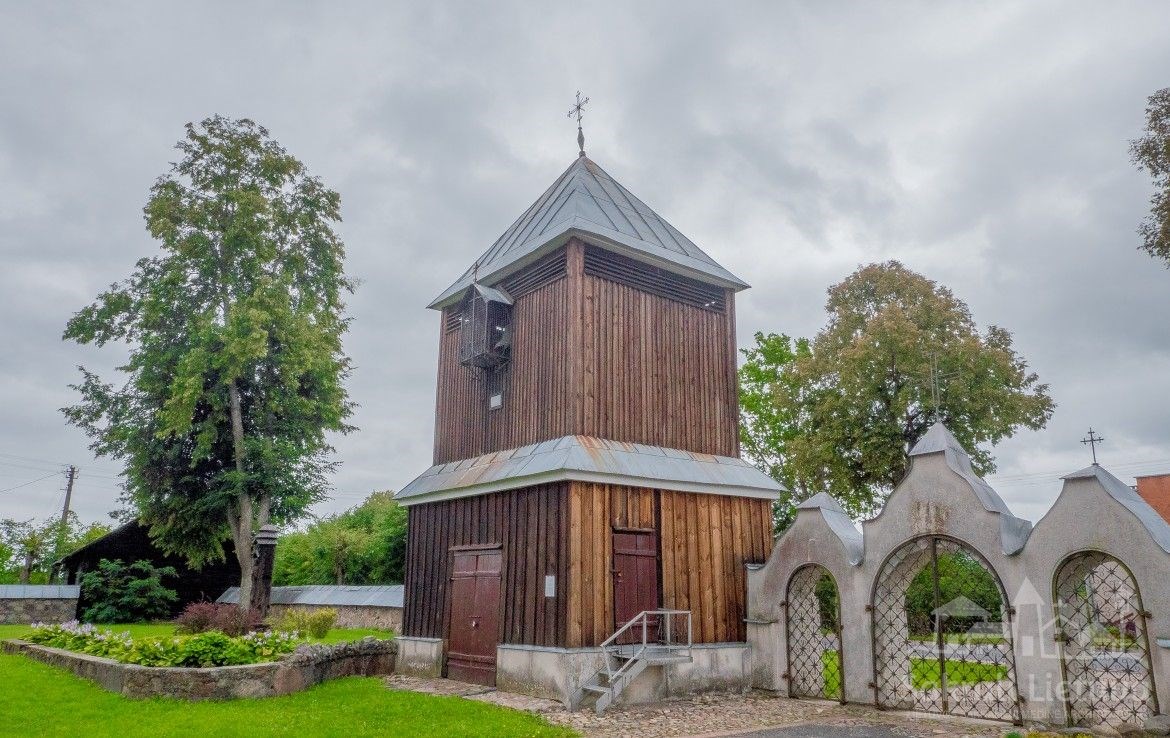 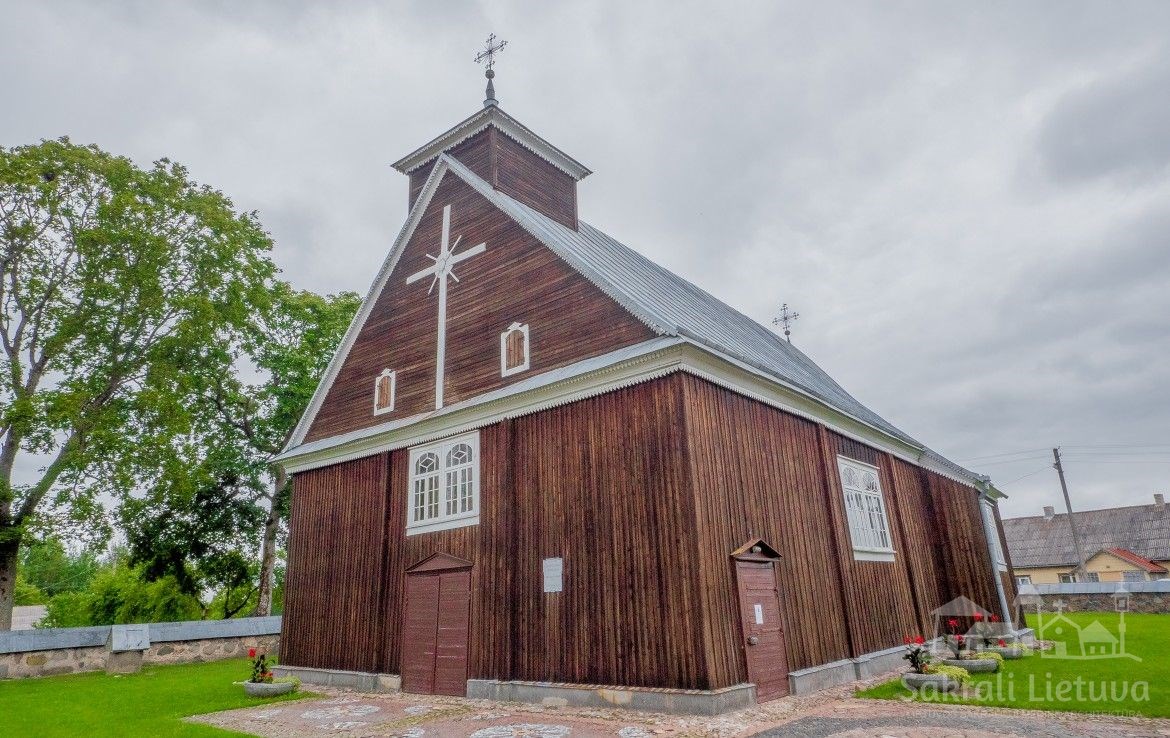 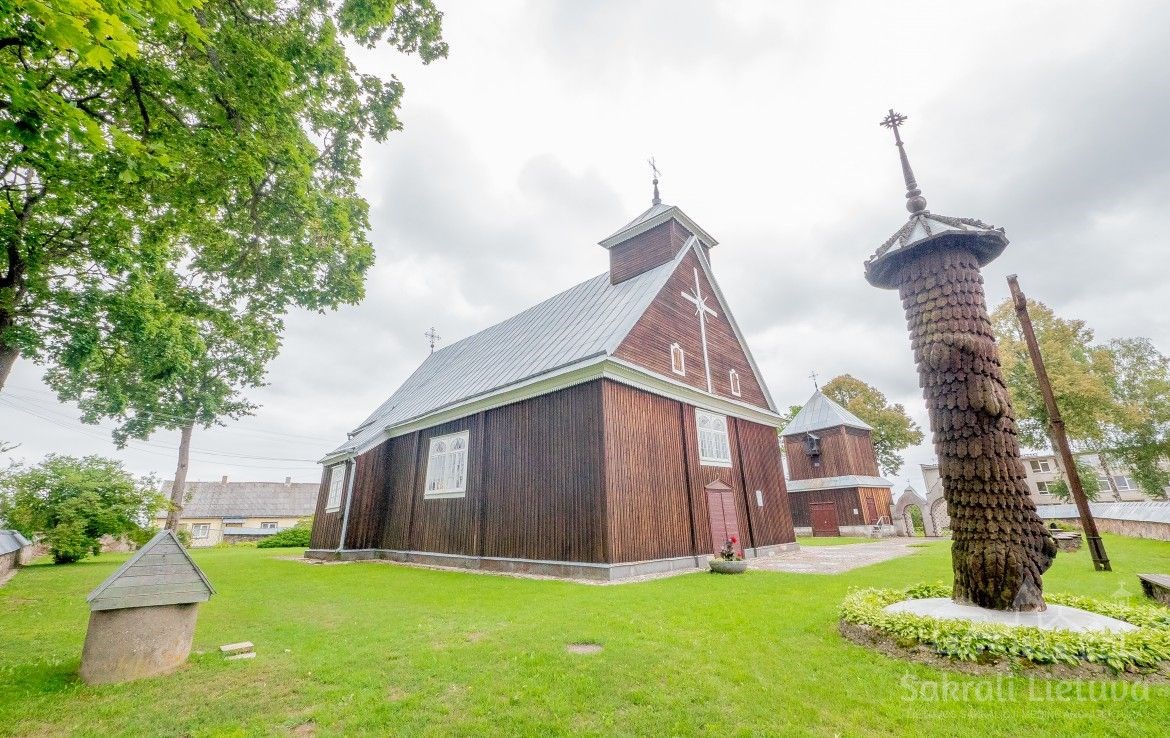 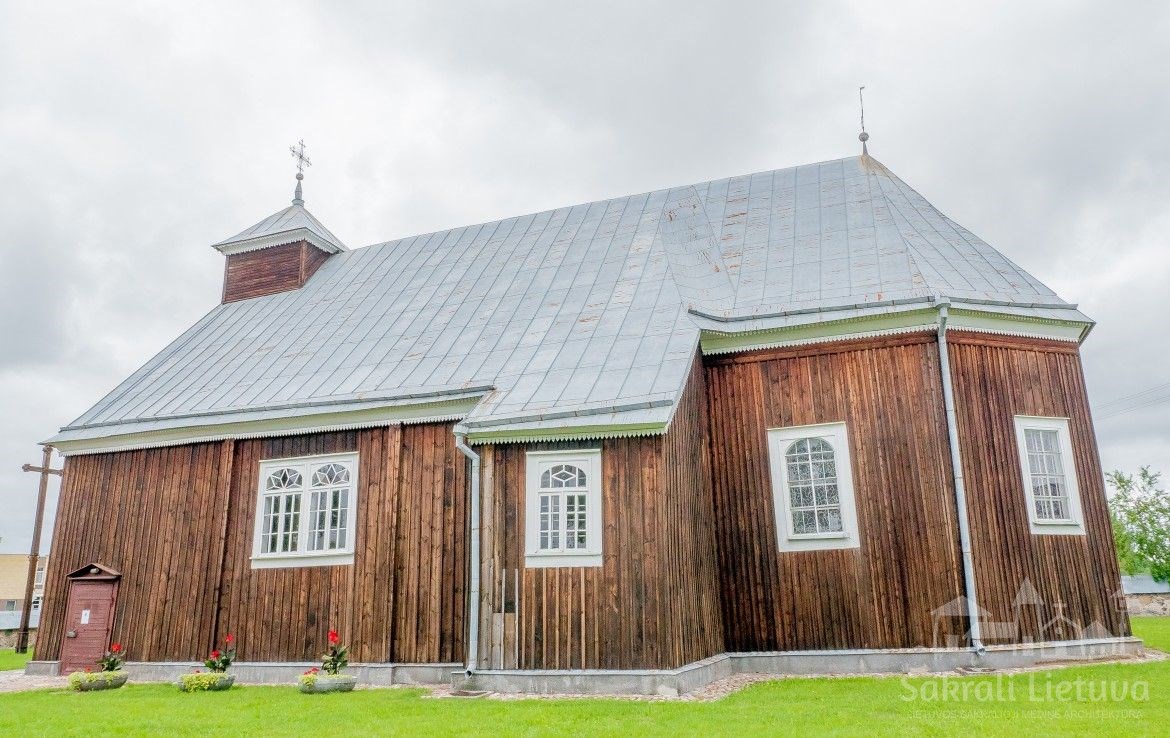 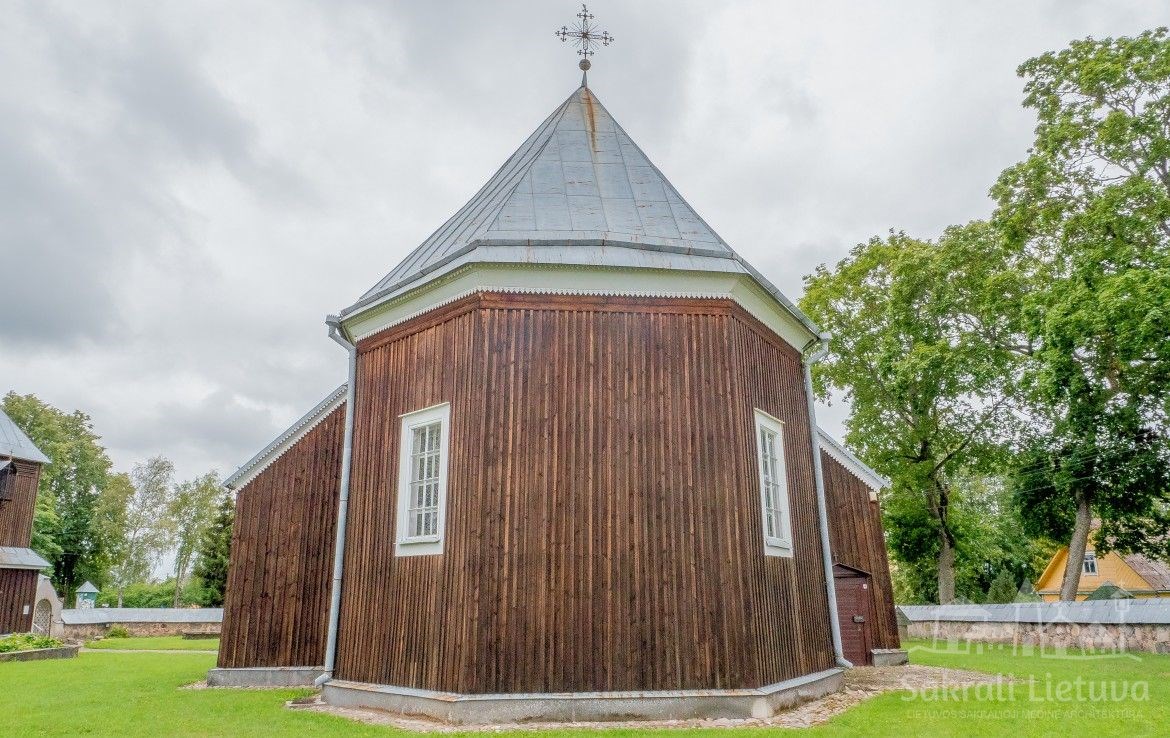 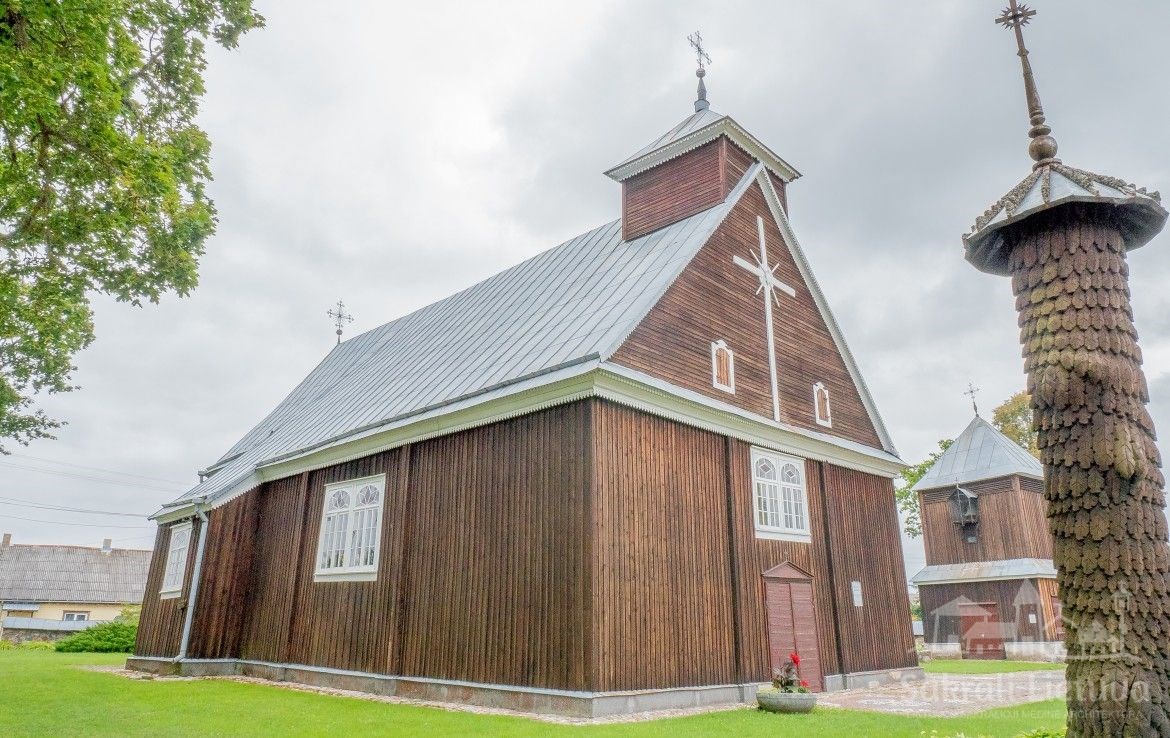 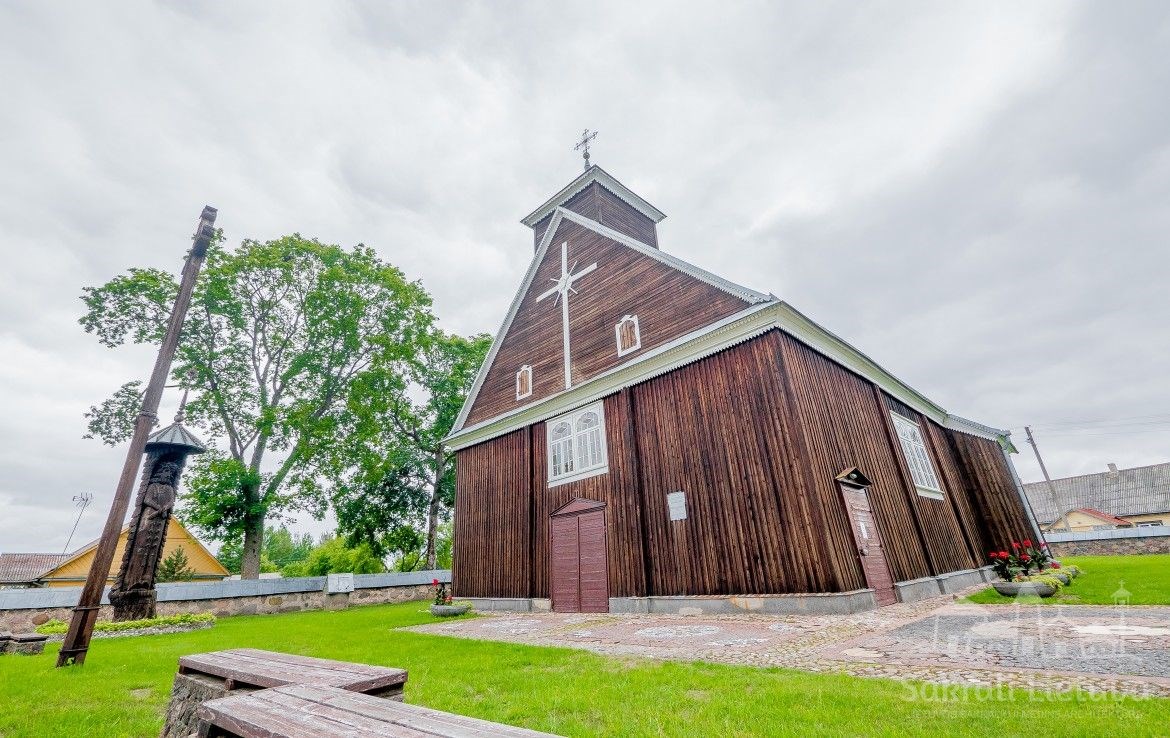 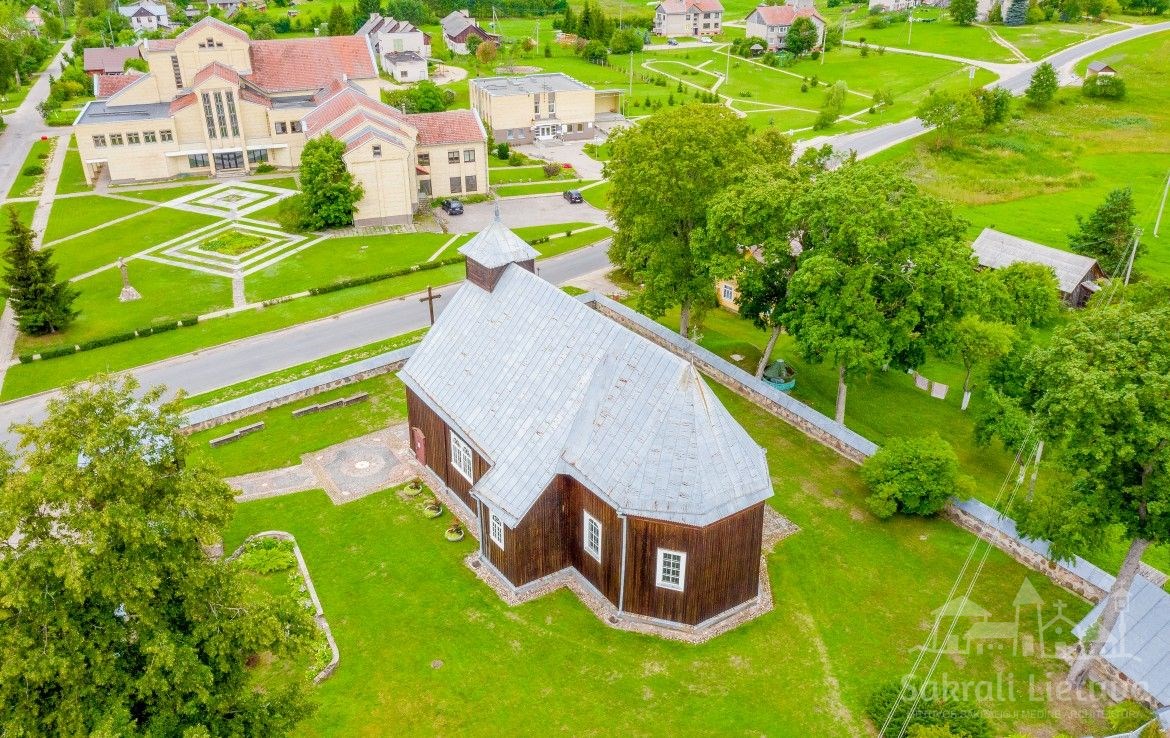 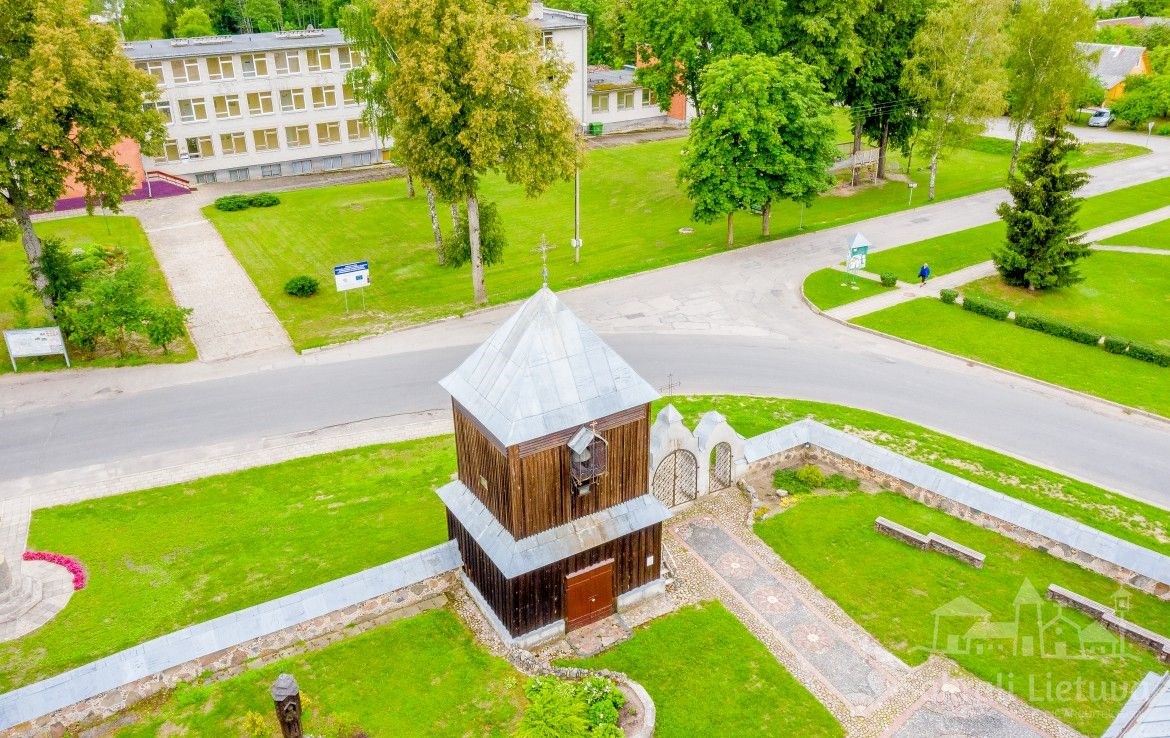 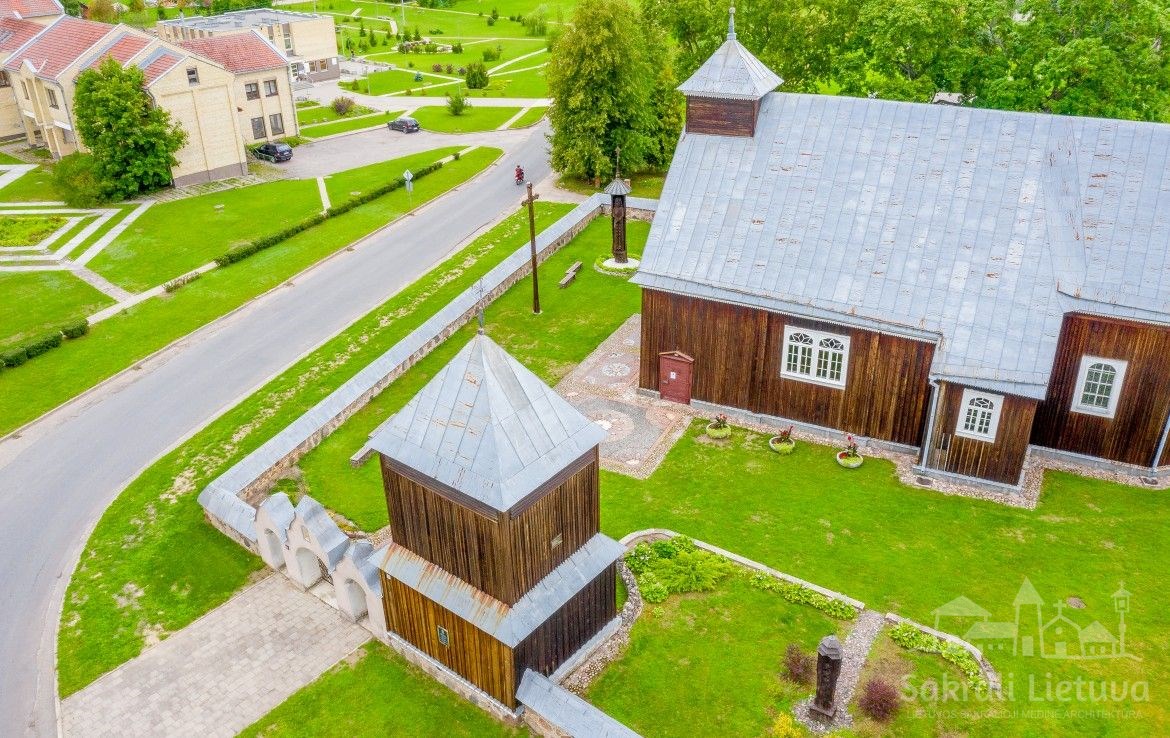 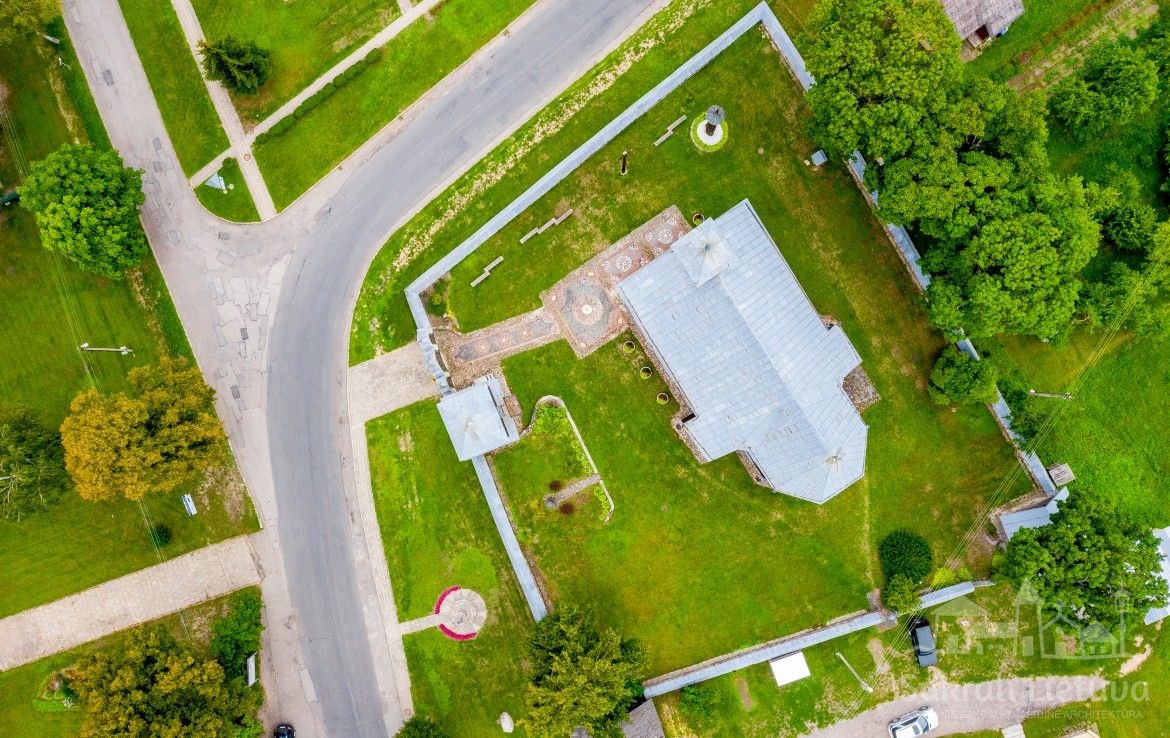 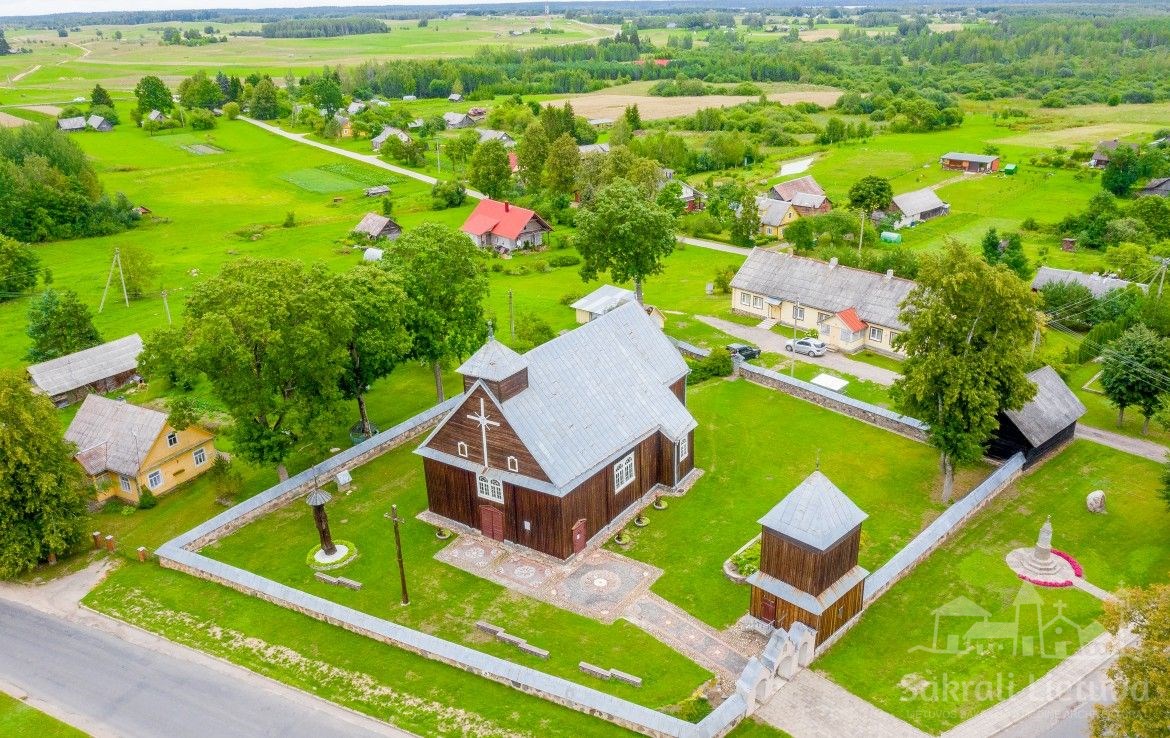 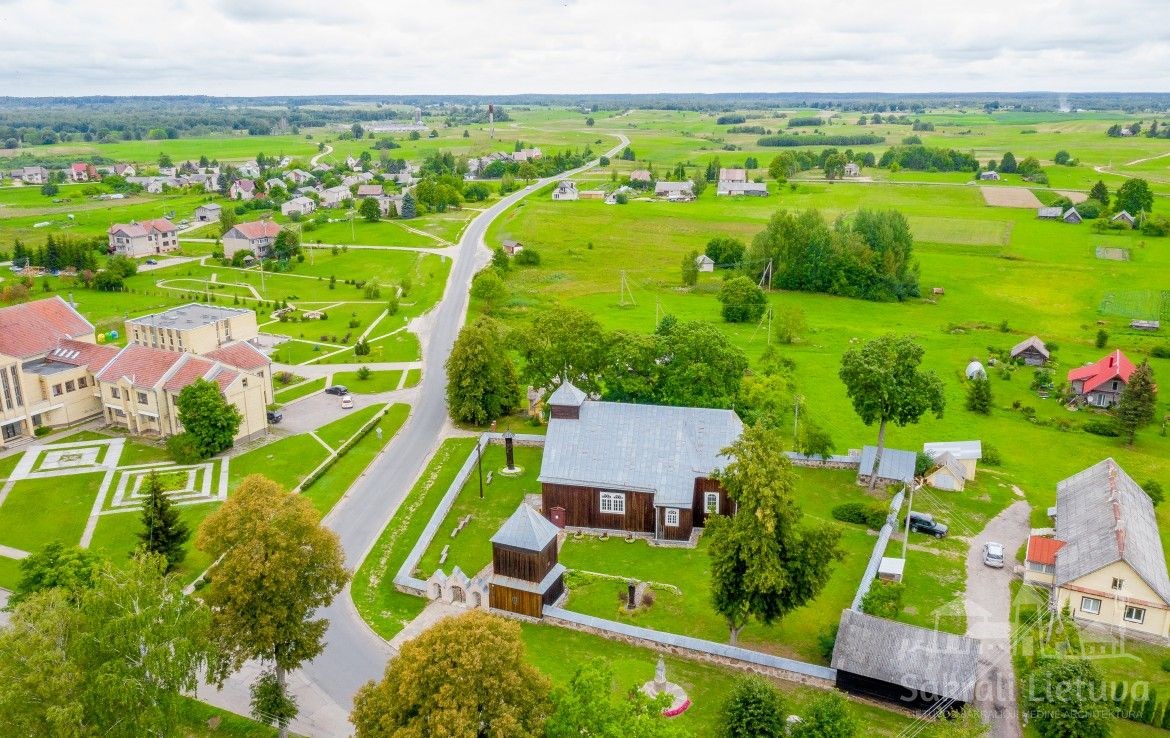 Church of the Assumption of Holy Virgin Mary and Belfry of Inturkė - Bažnyčios g. 15, Inturkė 33212, Lietuva