The story of the first prayer house in Eržvilkas is interesting. This area belonged to Viduklė Parish until the Swedish invasion, when King Charles XII and his army occupied Samogitia in 1702. As Bishop Motiejus Valančius wrote: “Once, people from Viduklė Parish complained to Bishop Kristupas Krištėnas, who ruled Samogitian Diocese in 1696-1708, that the Swedes would not allow them to go to Viduklė Church even on holydays.” After investigating the matter, the bishop allowed the construction of a chapel in the forests of Eržvilkas so that people could worship God without obstacles. Thus in 1706, a small chapel was built.
Afterwards the church was built there, and the cemetery of the town was moved there, too. But it burned down together with values contained in it. The present and the fourth Eržvilkas Church was eventually completed in 1855 and the holy Mass service was held there since.

The church includes folk architecture and neo-Gothic features. The rectangular building of uncomplicated traditional architecture is richly decorated with Gothic decor elements: the wall planes are divided by narrow pilasters, the four-wall apse is narrower than the nave, and the large arched windows include decorative partitions. The towers above the main facade and on the presbytery ridge are multi-sectioned, with tapering sections decorated by wreaths of small pinnacles. The towers end with high and lean pyramids. The pediment crucifix with a sculpture group is framed in an embossed niche. The circular skylight of the pediment has a stained glass cross, an imitation of a rosette typical of masonry Gothic architecture. An arch with a structure typical to Gothic style decorates the main entrance and is adorned with five pinnacles. The side facades are boarded vertically, and the front facade – horizontally.

At the end of the 19th century, the paintings of the Stations of the Cross were installed and consecrated on 26 May 1888 by T. Leonardas Tarvydas. Approximately in 1897, the priest Juozapas Butavičius installed a new organ. The organ was made by Martynas Masalskis, a renowned organ artist originally from Panevėžys.

At the end of the 19th century – the beginning of the 20th century the church was reconstructed: it was extended, and vaulted ceilings were installed, towers attached, the interior was decorated, and rectangular windows were reshaped to have the present look. In 1907, a new altar was consecrated. Approximately in 1925, the church shingle roof was replaced by sheet steel one. In 1932-1943, the priest Antanas Petraitis renovated the church interior, installed confessionals and new benches.

In 1879-1880, the cemetery and the churchyard were fenced with a masonry wall, and the present belfry was built approximately at the same time. It’s style is folk, characteristic throughout Lithuania: it consists of two sections, with the first section ending with a wide roof, and the second section – with a four-side roof and a peak and an ornamented cross. The second stage includes small sound holes. In 1906, the present bell was installed there. 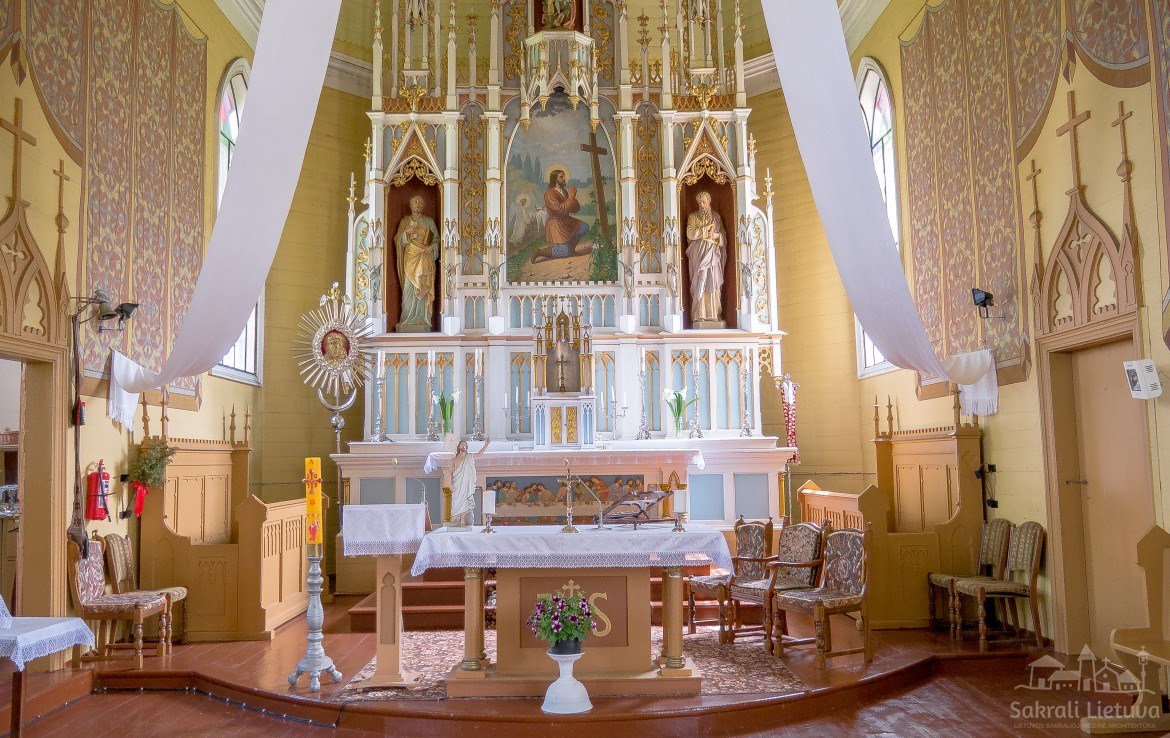 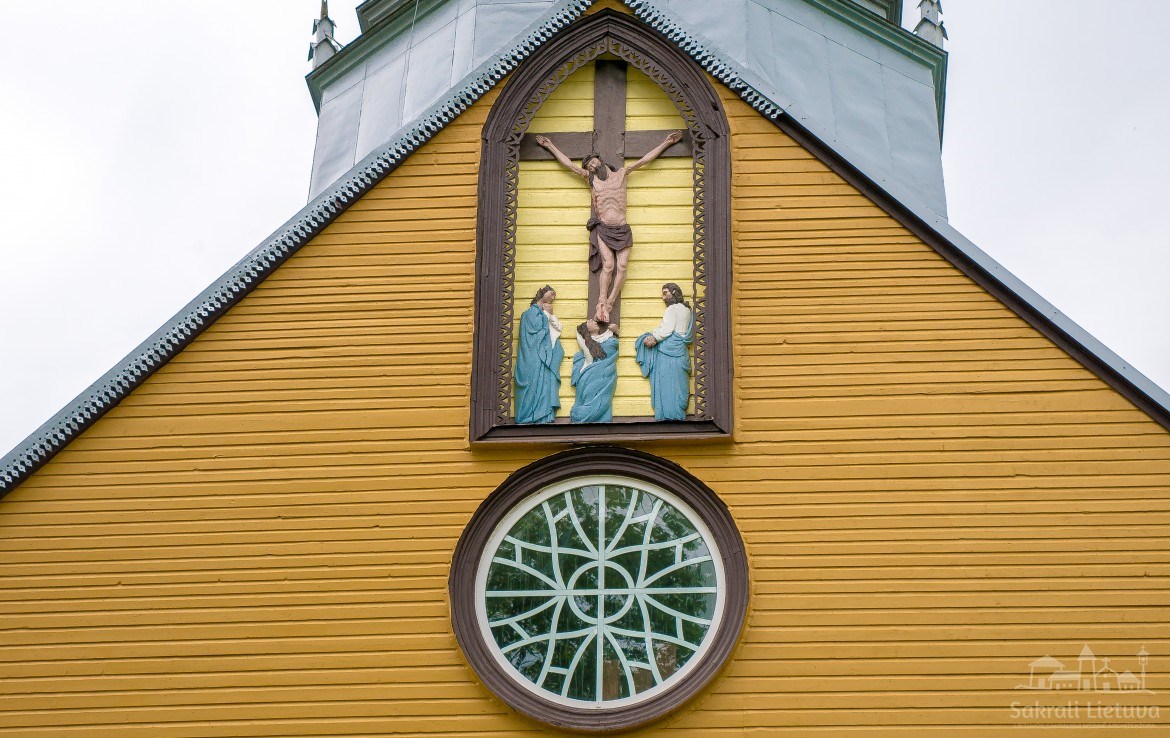 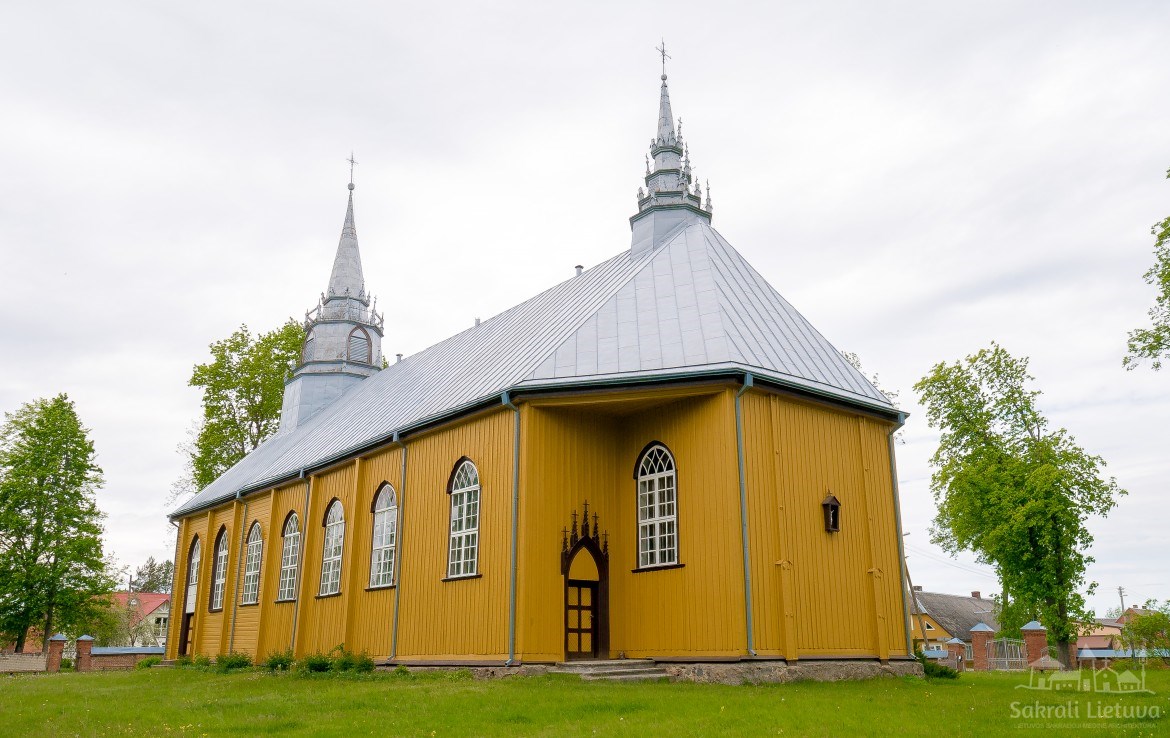 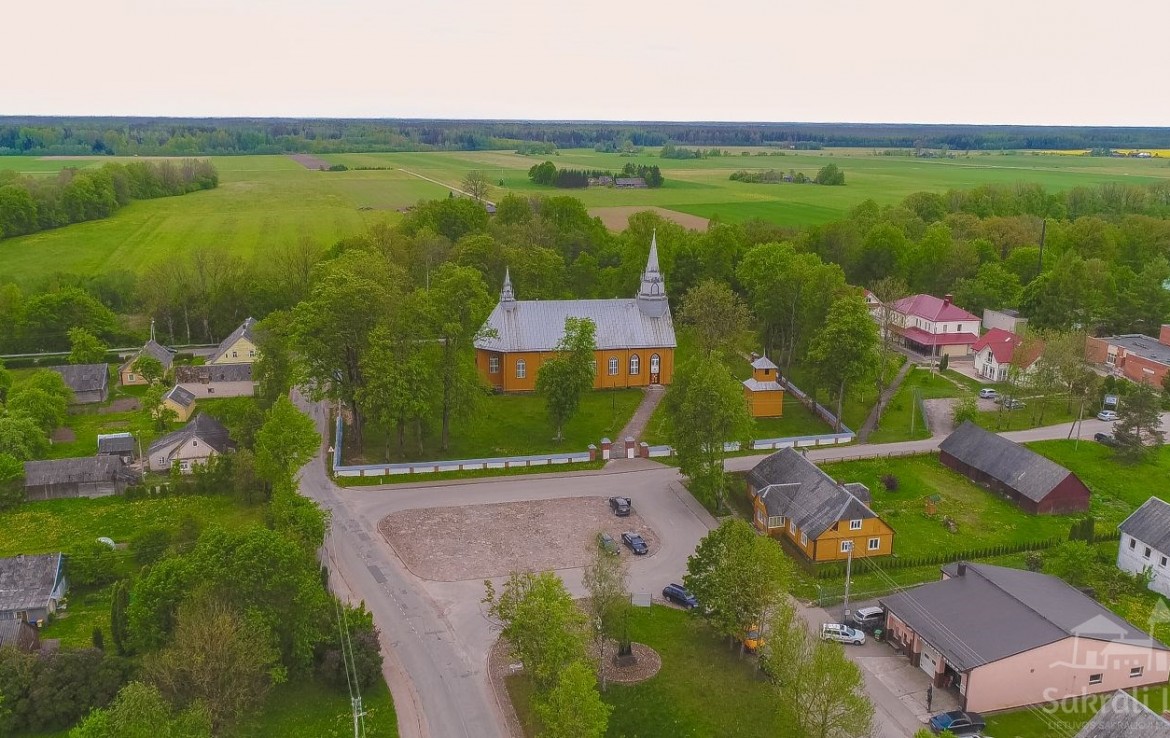 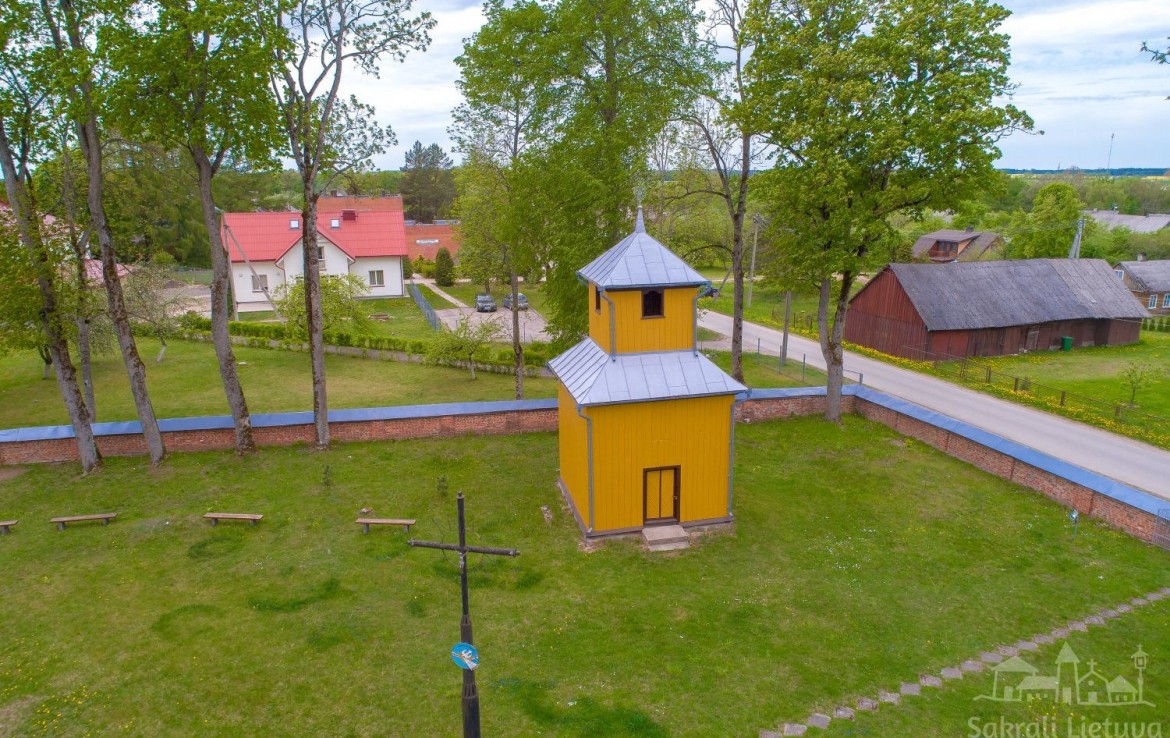 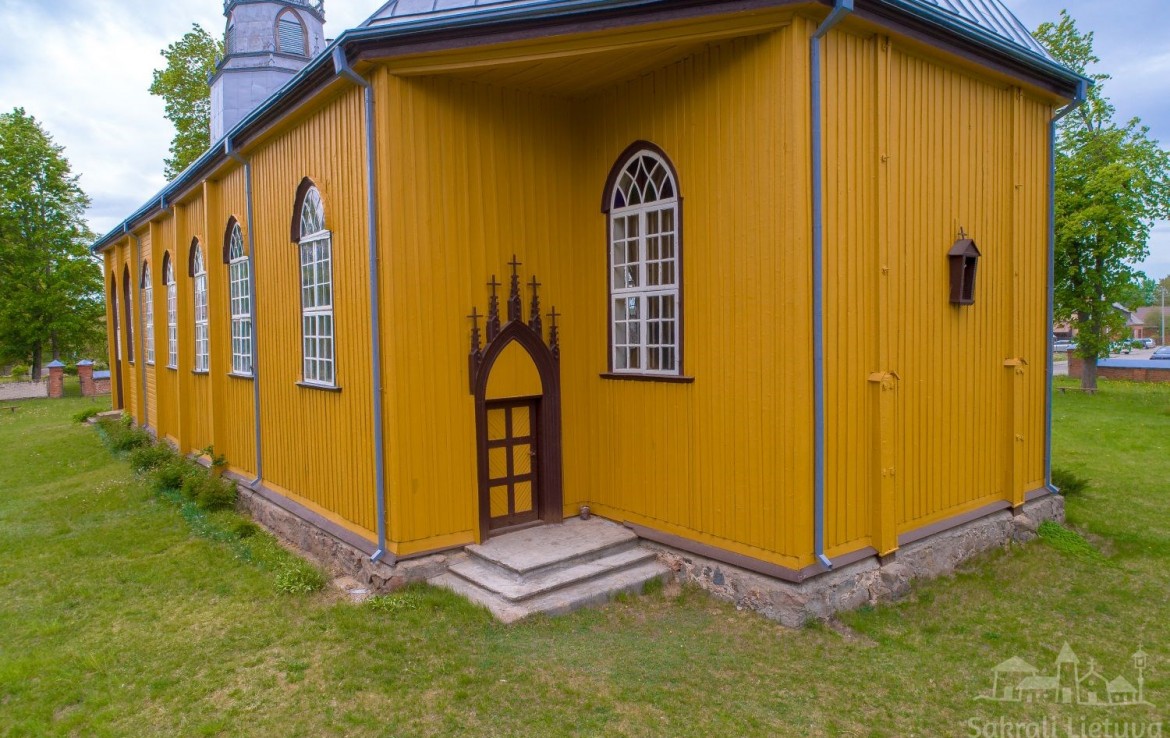 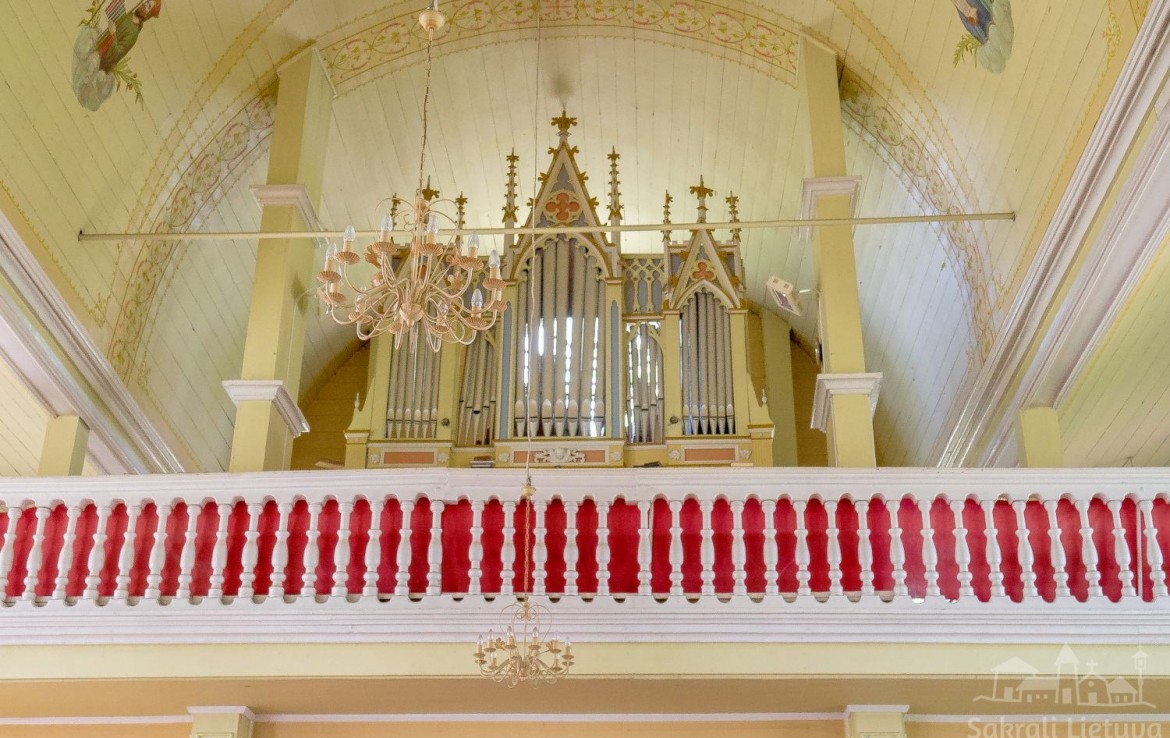 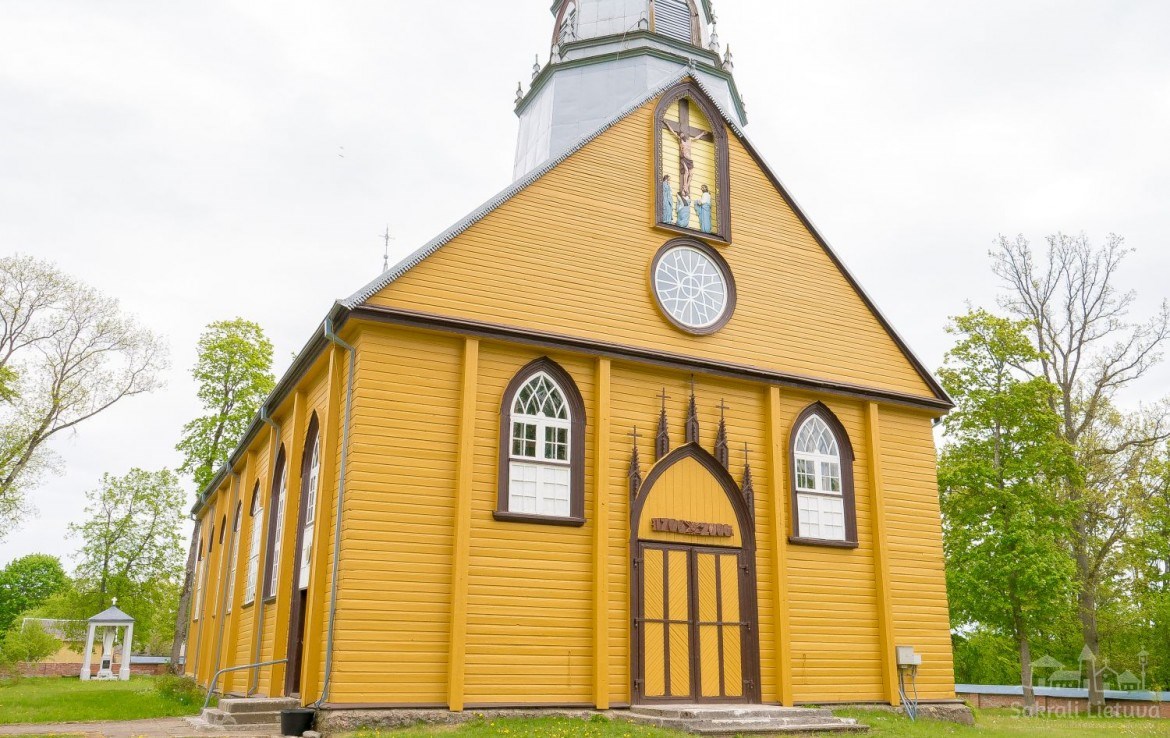 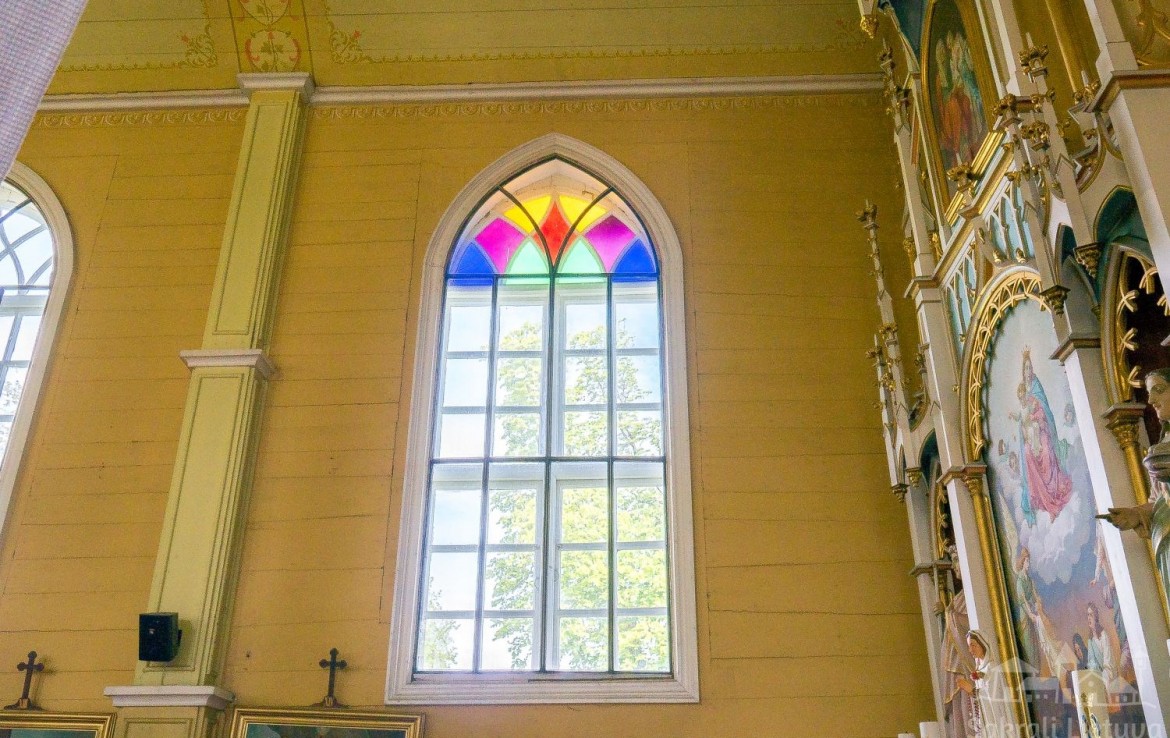 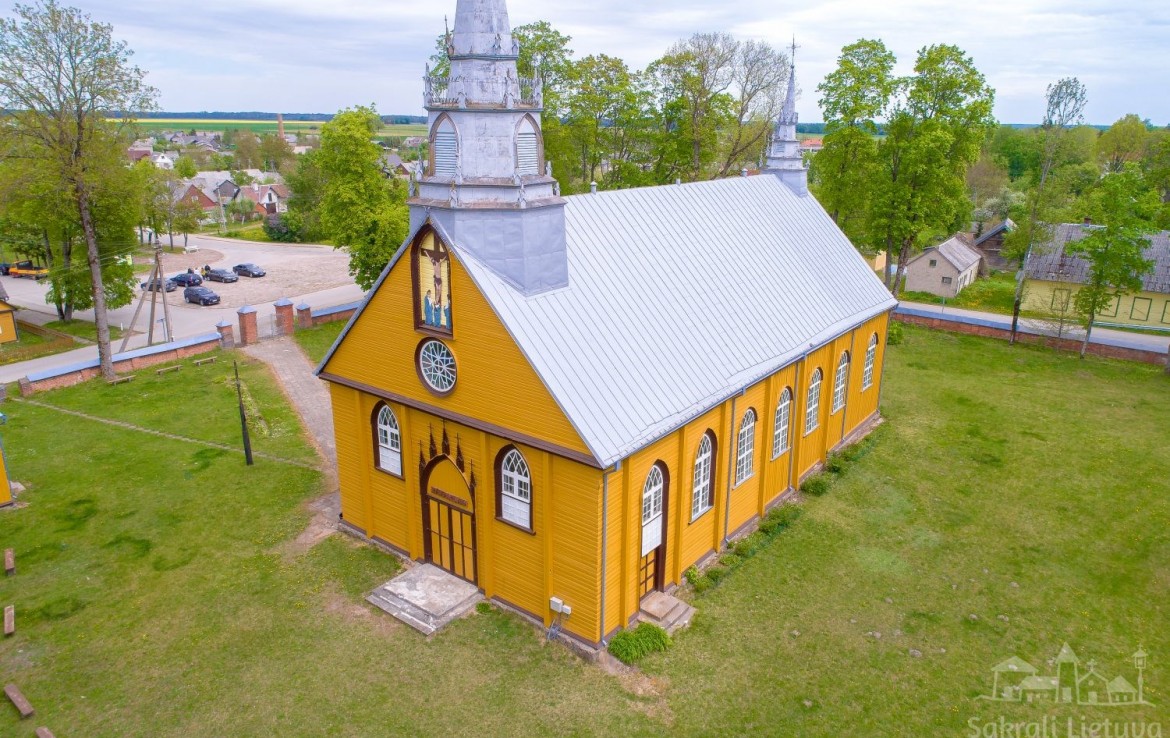