The first temporary Orthodox church in Druskininkai was built in 1857, in a private house thanks to the Vice-Governor of Grodno Yakov Rozhnov, and the church equipment was brought from Sophia Cathedral in Grodno. The Governor also covered all the costs of building the new (present) church, which eventually was built and consecrated in 1865. Since 1890, an school, a hospital and a shelter were established at the church. Even in Soviet times, there was an officially registered parish there that had 350 members. In 1957 and 1978, the church was renovated.

The church was built according to the design of the military engineer Major Marunich. It is located in the western part of Druskininkai, in the center of the diamond-shaped square, with the main facade facing west. This building situation is typical of Orthodox churches, as effort is made to ensure that all their facades are seen well viewed from everywhere. This wooden Orthodox church is an example of professional architecture built as brick churches were built. Features of Russian Orthodox churches and details typical of the periods of Romanticism and Historicism are distinct in its shapes.

The church is of complex volume, and has six domes. Its walls are made of logs and boarded horizontally. The prayer house is shaped like a cross, with three portals and a rectangular apse part. The main facade is symmetrical, with a protruding front porch topped with a two-sectional octagonal tower; the sides of the facade are topped with lower turrets covered with bulbous helms. The facade corners are marked by stylized pilasters with notches, and the porch is crowned with a triangular pediment. The portal is framed by side edging imitating pilasters, and a dripstone with stylized volutes; a paired horizontal window is above the portal. The two-leaf door is decorated with a relief cross; and the date of the church completion, 1865, is above the door, on the rim. The side rooms of the porch are lighted by narrow and tall windows finished with triangular tops; the lower part of the windows is decorated with carved, curvy edging with notches and imitation volutes. The north and south side facades are identical, with porches protruding forward; their shapes, doors and decor elements are analogous to the those of the main facade. A tall tower covered with a bulbous dome is in the middle part of the facades, and there are lower turrets on the sides. The apse facade is symmetrical, with two windows that are framed with the same edging as the windows of the other facades. The top of the church is surrounded by a frieze with imitation modillions. The church interior is dominated by the hall space covered with an octagonal-edged dome. The walls and their corners are framed by stylized pilasters.

An ornate iconostasis is located at the eastern wall, which is separated from the hall by two steps and a rounded middle part. The three-section, carved wood iconostasis was brought from Moscow; and the icons were also painted by Moscow masters. To immortalize the builder of the church Yakov Rozhnov and his wife Varvara, the holy images of their patron saints, the Holy Apostle Yakov and the great martyr Varvara, were placed on the sides of the iconostasis. A spacious rectangular room of the priest with an altar in it is located behind the iconostasis. The interior was recently renovated, and the walls were covered with tapestry.

The Church od the Mother of God’s Icon “The Joy of All Mourners” - Laisvės a. 2, Druskininkai 66116, Lietuva 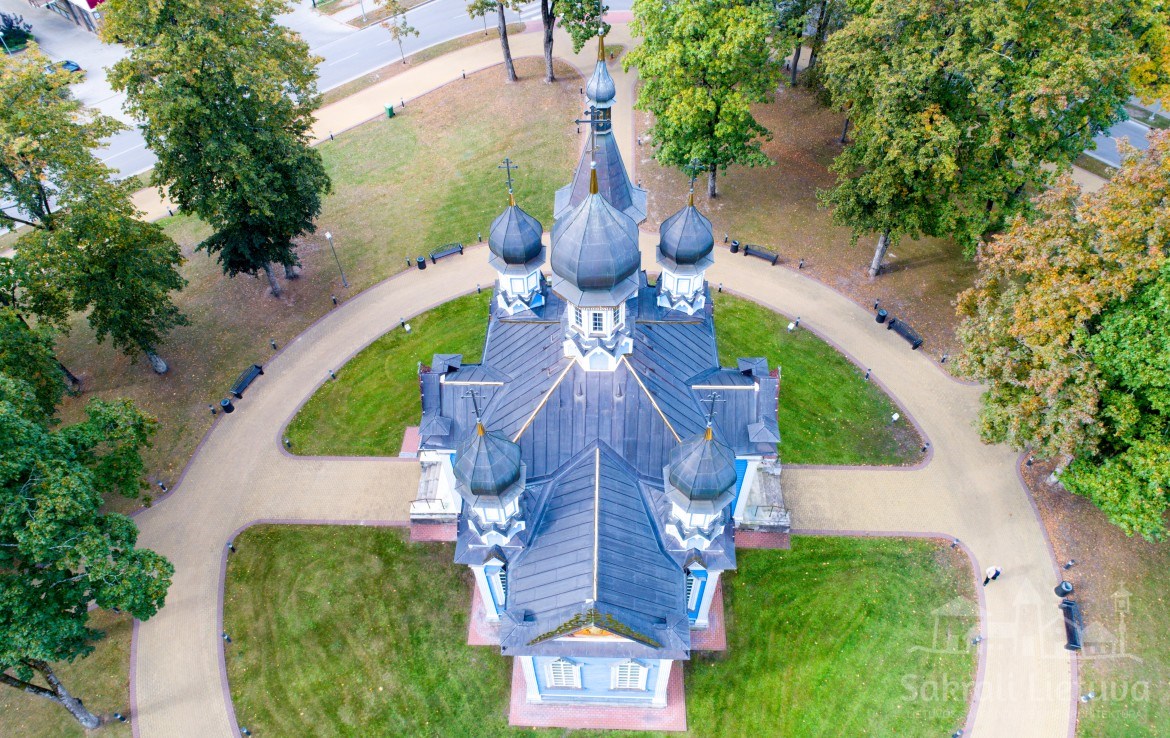 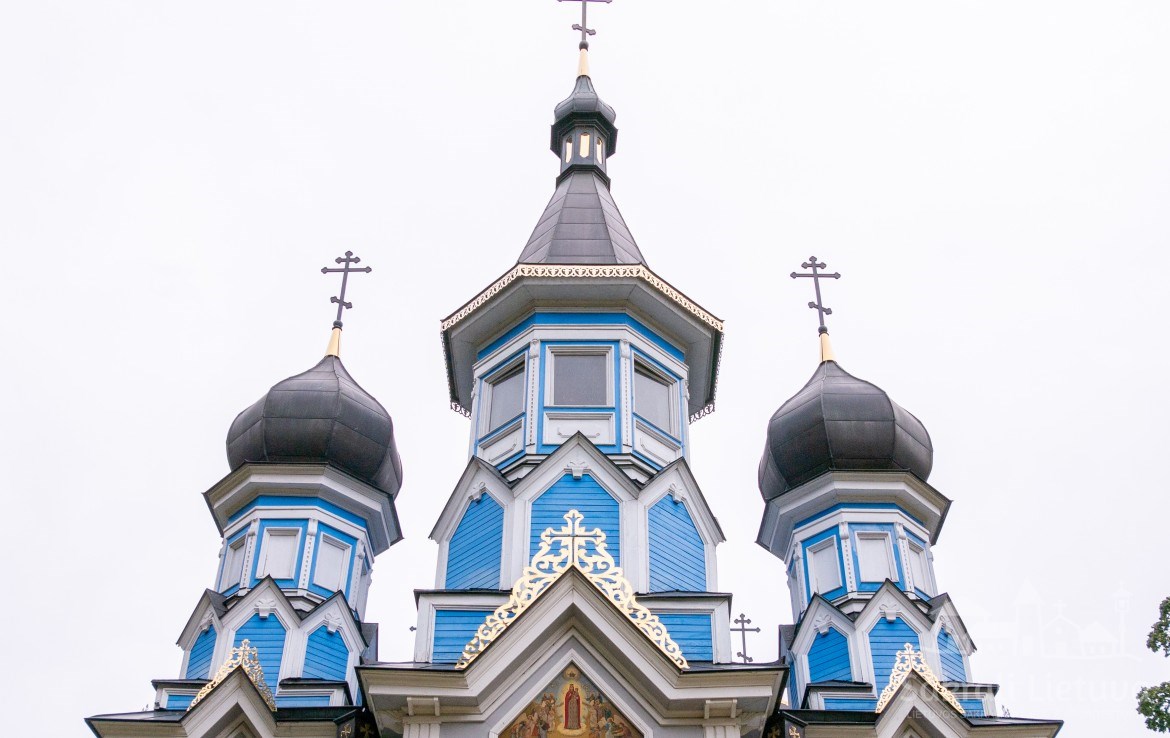 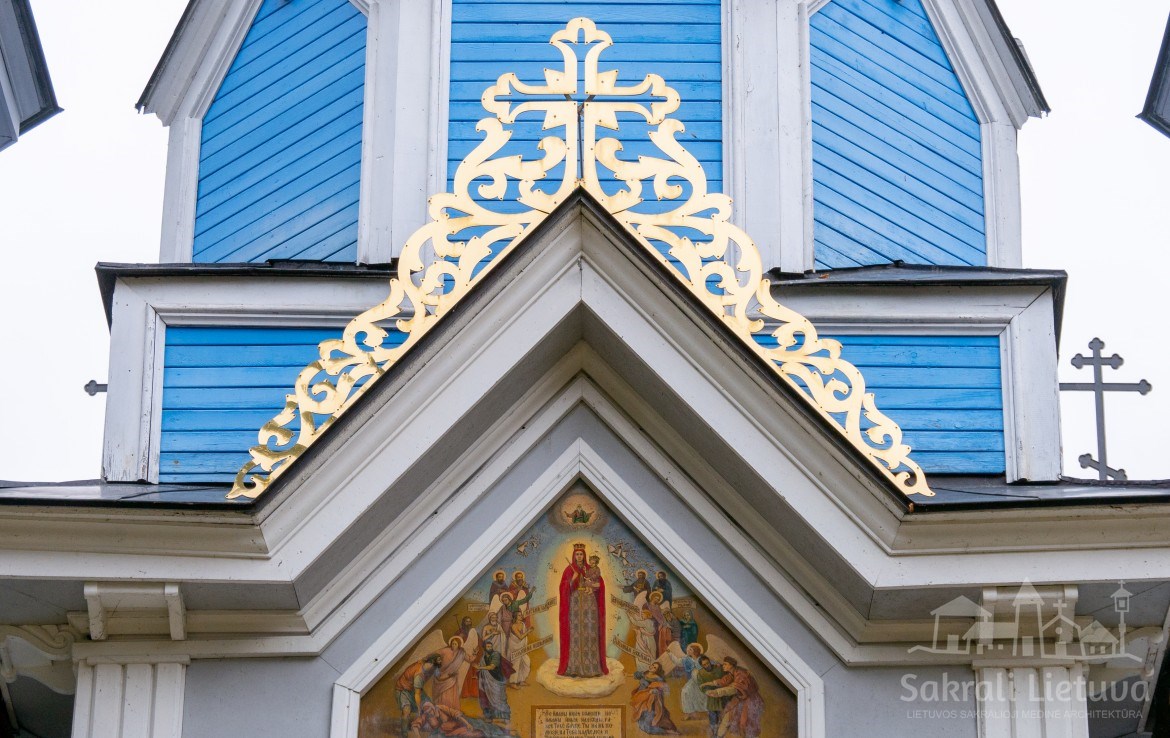 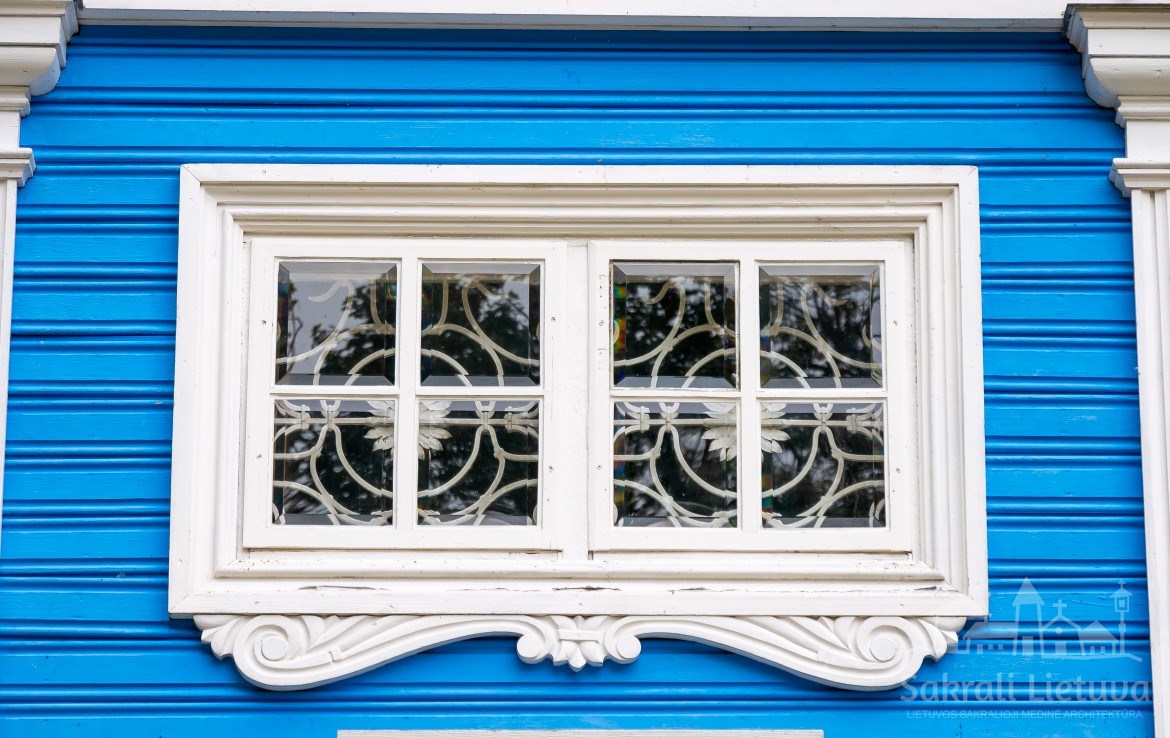 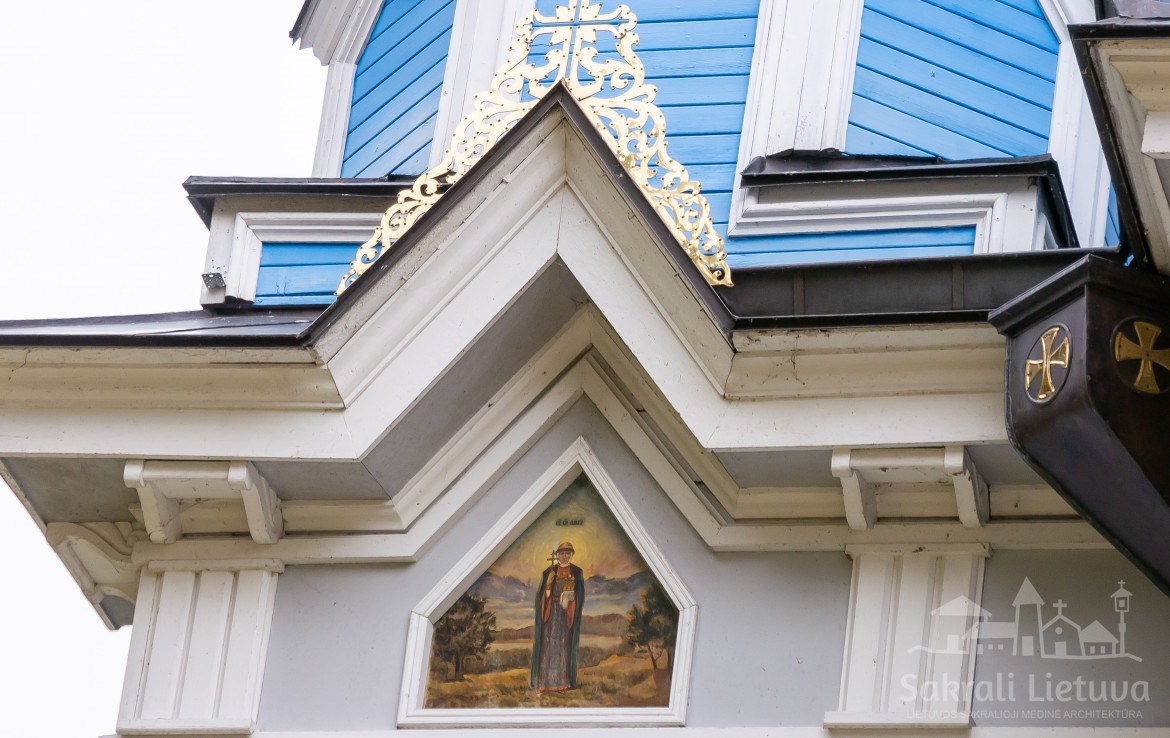 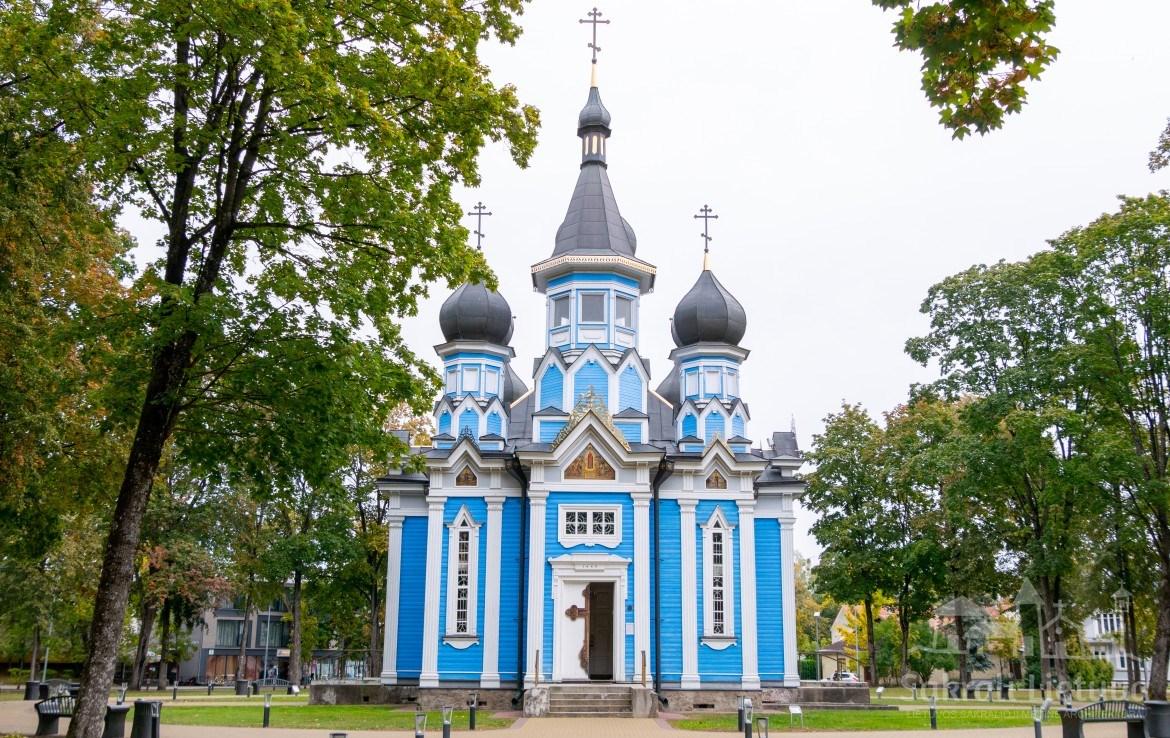 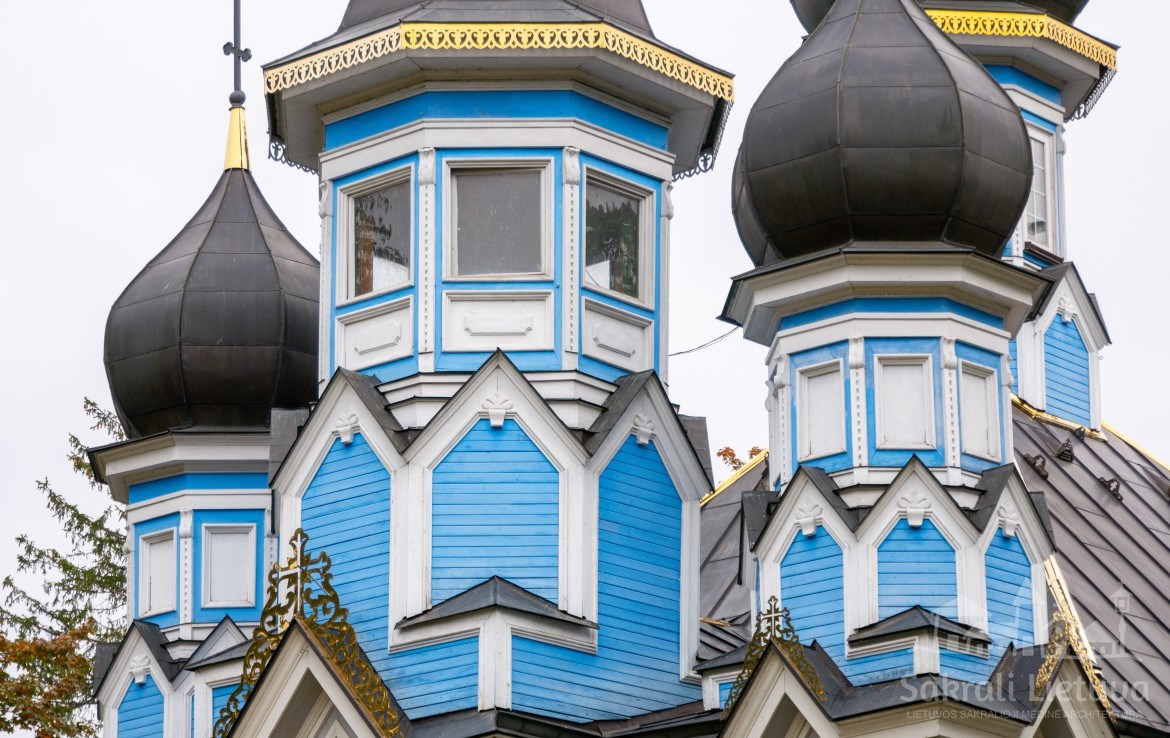 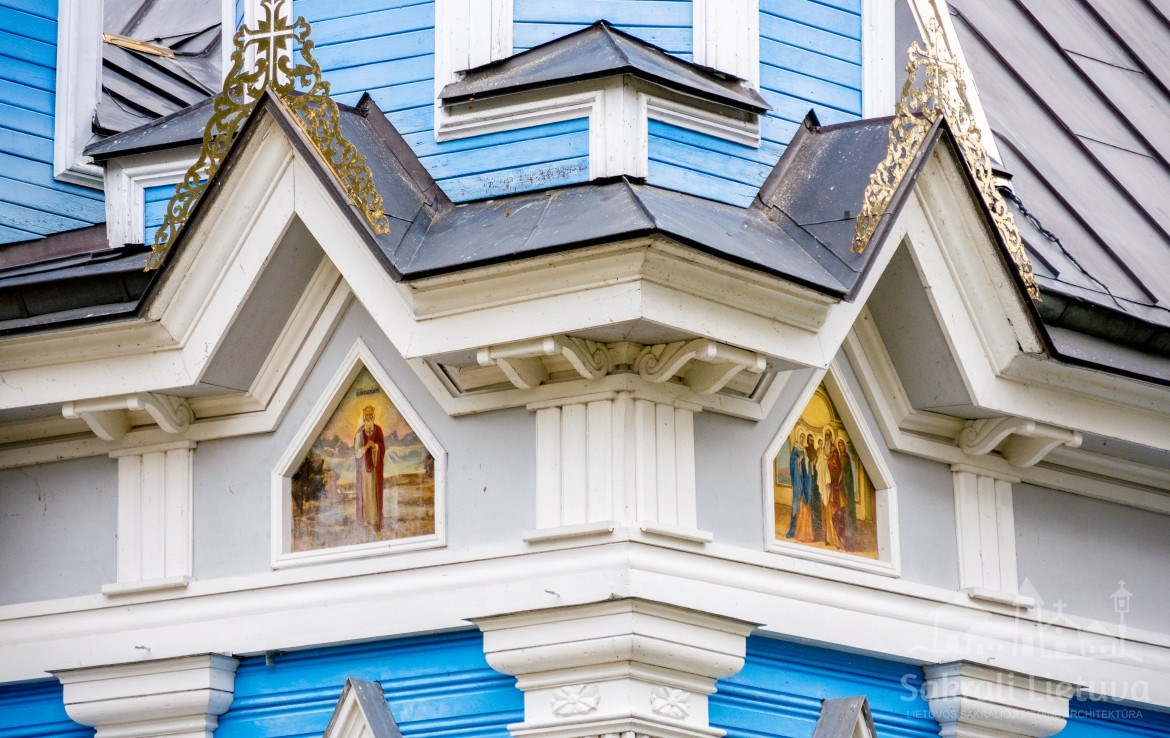 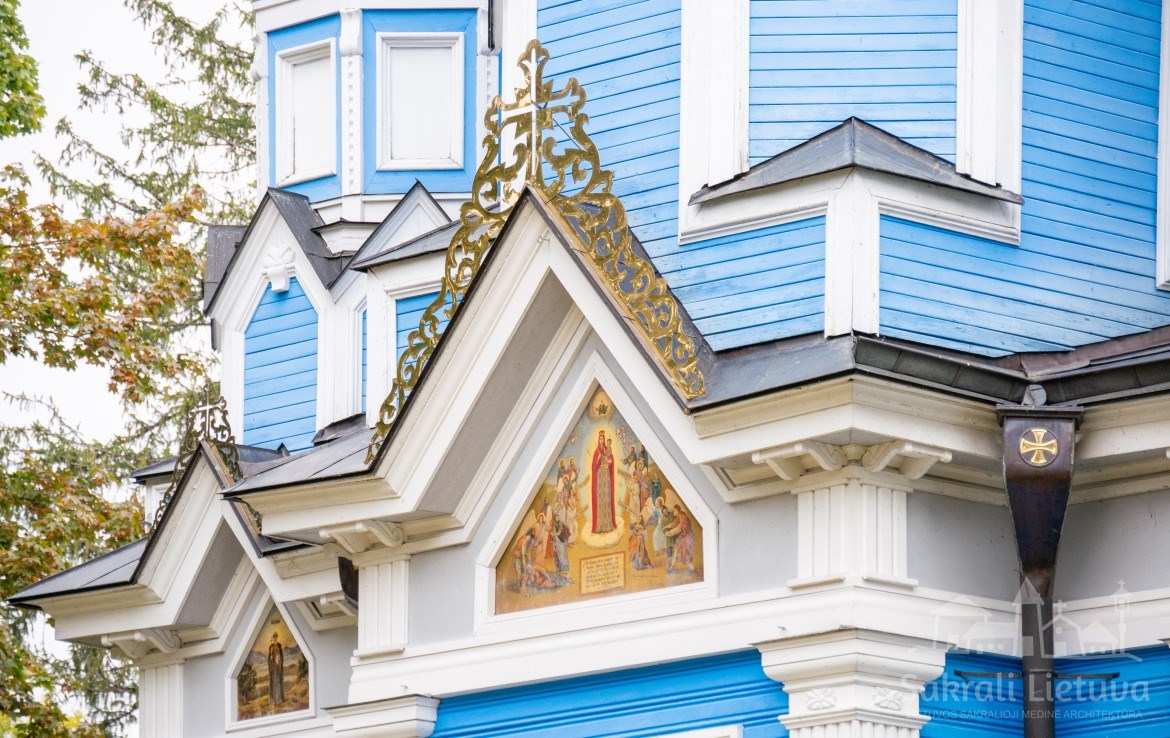 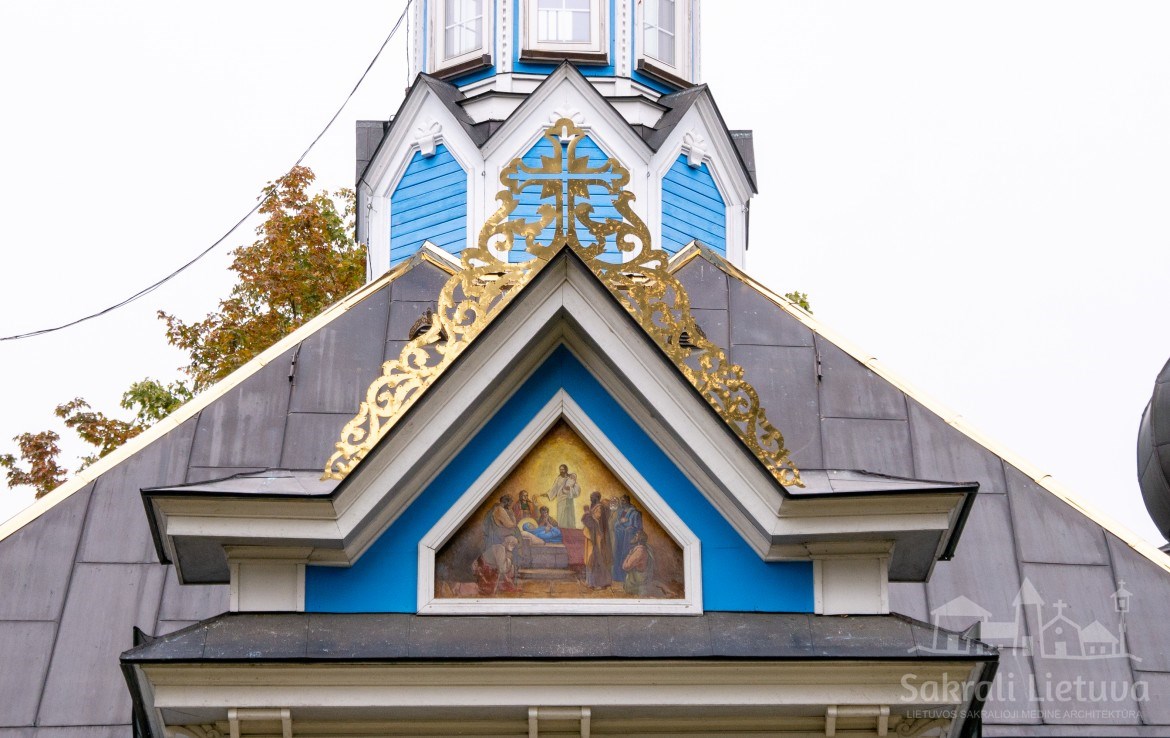 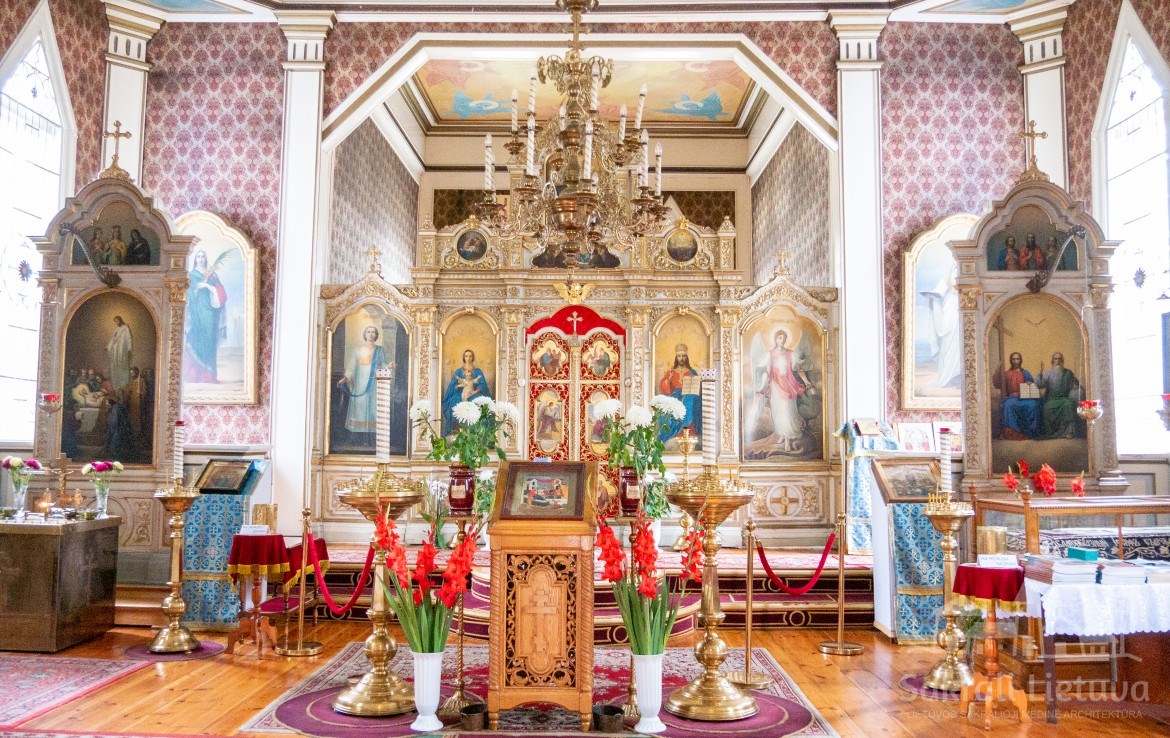 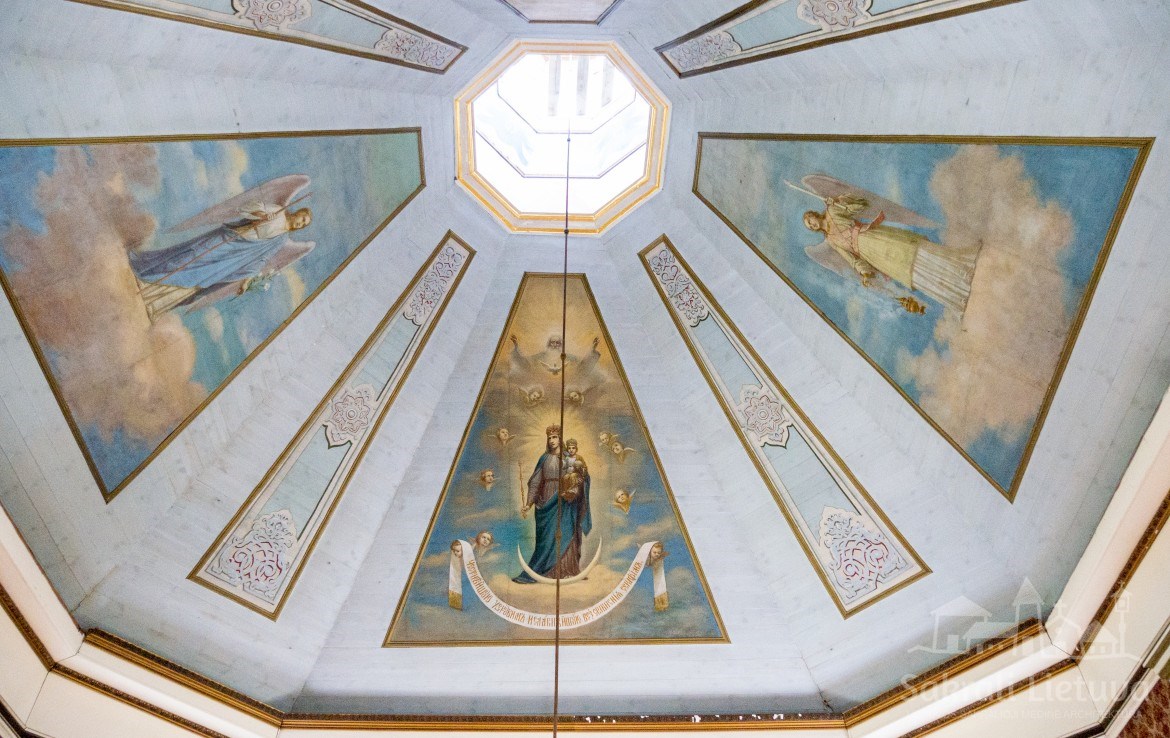 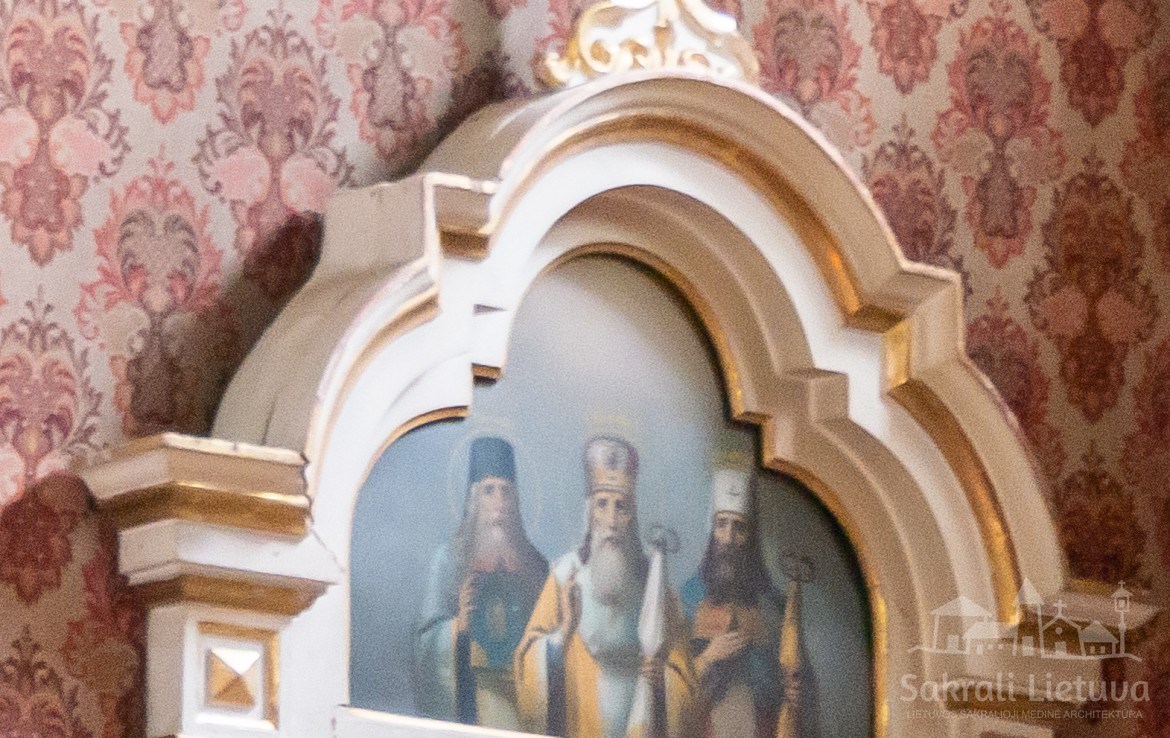 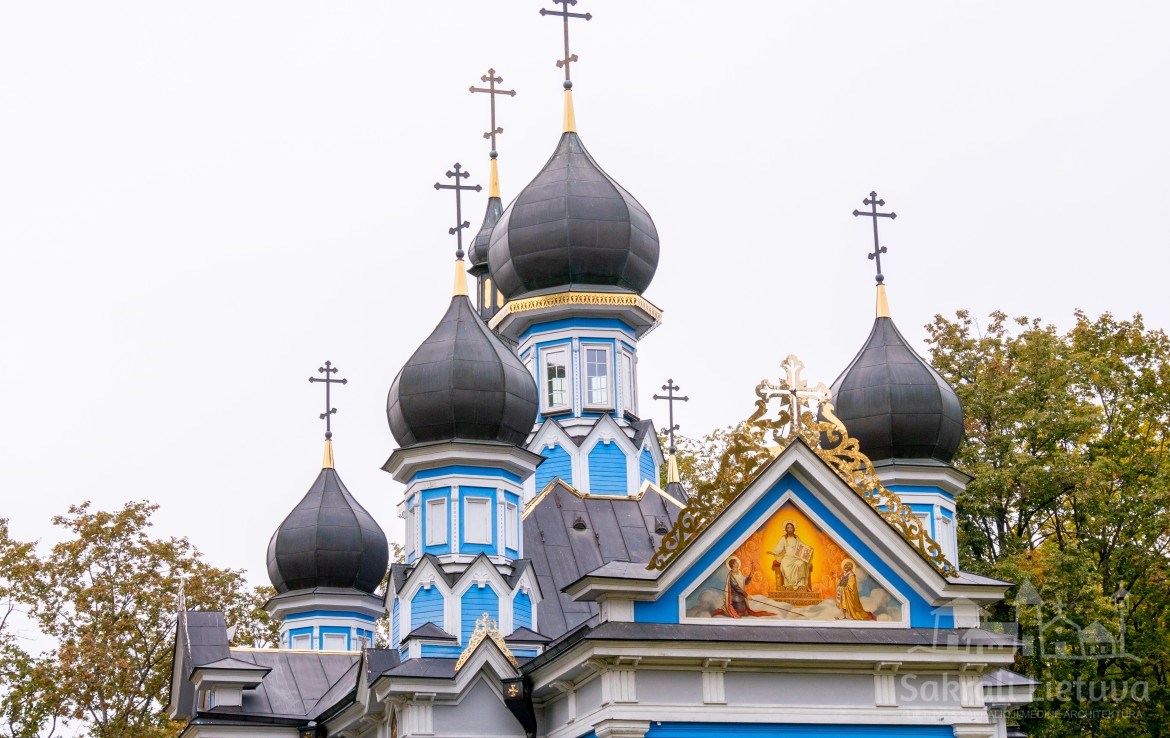 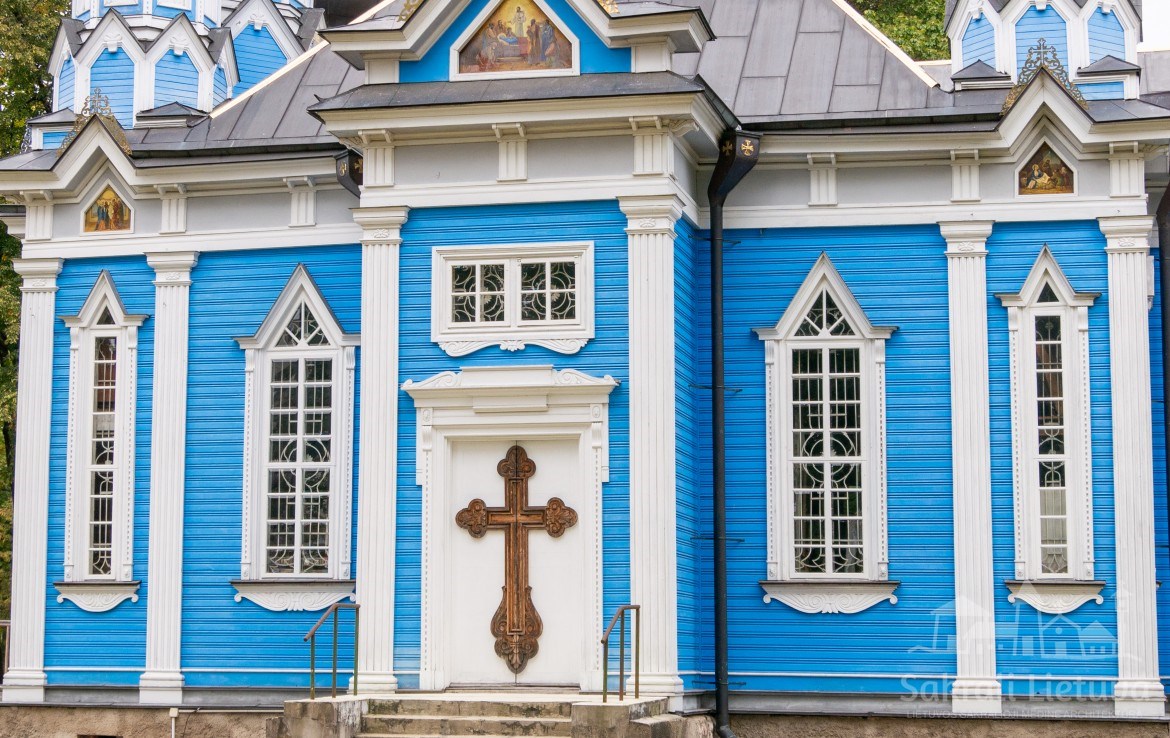 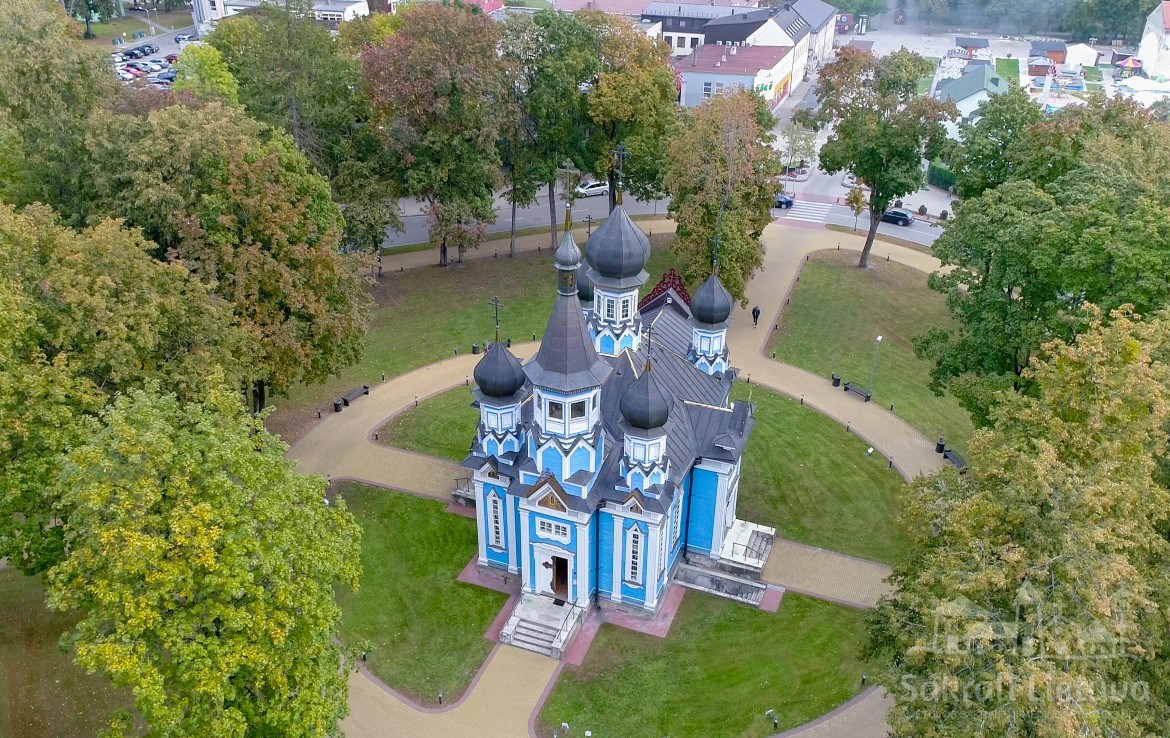 The Church od the Mother of God’s Icon “The Joy of All Mourners” - Laisvės a. 2, Druskininkai 66116, Lietuva