Back in 1685, metric books mention Daugailai Filial Church, which fulfilled important sacred functions. The remaining visitation description of 1747 includes an image of Daugailiai Church interior, and mentions three altars, paintings, and an organ, thus Daugailiai already had a church then. In 1766, Duke Radvila funded the building of a new Baroque church with a narrower presbytery and a triangular apse to replace the existing one. The church was given the present look after the reconstruction in 1883. The architecture of the church still was neo-Baroque in style, but it also acquired features typical to Classicism and folk architecture. The design was developed by Justinas Golinevičius, the Chief Advisor of Kaunas Governorate.

Daugailiai Church of St. Anthony of Padua is built on a high stone masonry plinth, is shaped like a Latin cross, and has three naves. It is pseudo-basilical with a narrower presbytery, a triangular apse and low side sacristies. The central part of the front facade (the ante-nave) is slightly protruded forward, and finished with a triangular pediment with carved verge trims and a quadrangular skylight with decorative edging. Four-section towers are attached to the facade sides. The sections differ in height, and are separated by cornices. The upper sections are low and narrow, ending with pyramidal small roofs and onion-shaped pediments with crosses. The roof over the main volume is covered with steel sheets, the roofs over a bit lower transept protrusions are two-sided, over sacristies – one-sided, and over the apse – three-sided. The church doors and windows are decorated with neo-Baroque carved dripstones and edging. The church is boarded horizontally, and the corners are highlighted with profiled planking.

In 1980, the church interior was renovated with paneling. Covered with raised small posts, the pillars divide the church space into three naves. The ceiling of the higher central nave is decorated with crosses and rosettes, the side ones – with diamond shapes. The central altar is neo-Baroque and features a picture of St. Anthony of Padua painted in the first half of the 19th century. The modest side altars are decorated with a picture of Our Most Blessed Lady of the Scapular and a sculpture of the Crucifix. The church pulpit and the organ are neo-Gothic. The organ is made of pointed arch sections. The church also has an interesting painting by the folk artist J. Skleris depicting Mary of the Gate of Dawn.

The belfry located on the right side of the churchyard is incorporated into a stonework fence, so it is built on a high plinth, is of a square layout, with three tapering sections. The belfry is boarded vertically with narrower planks and is covered with a flat four-sided roof with a cross . 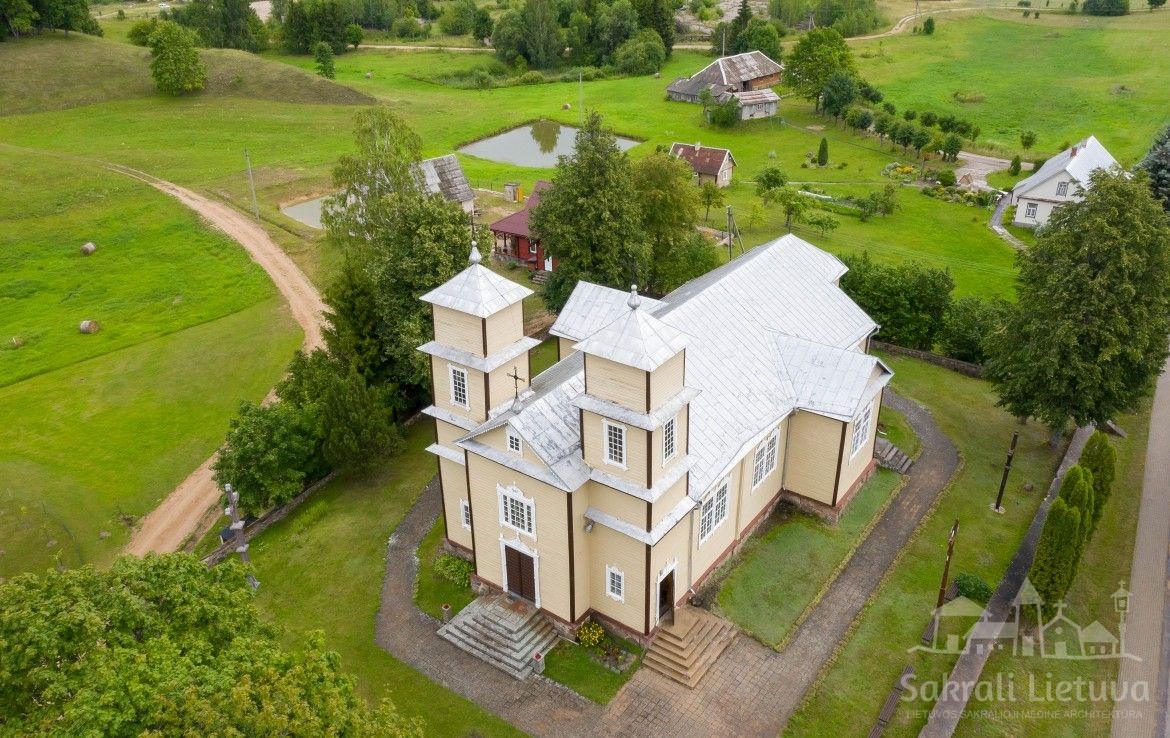 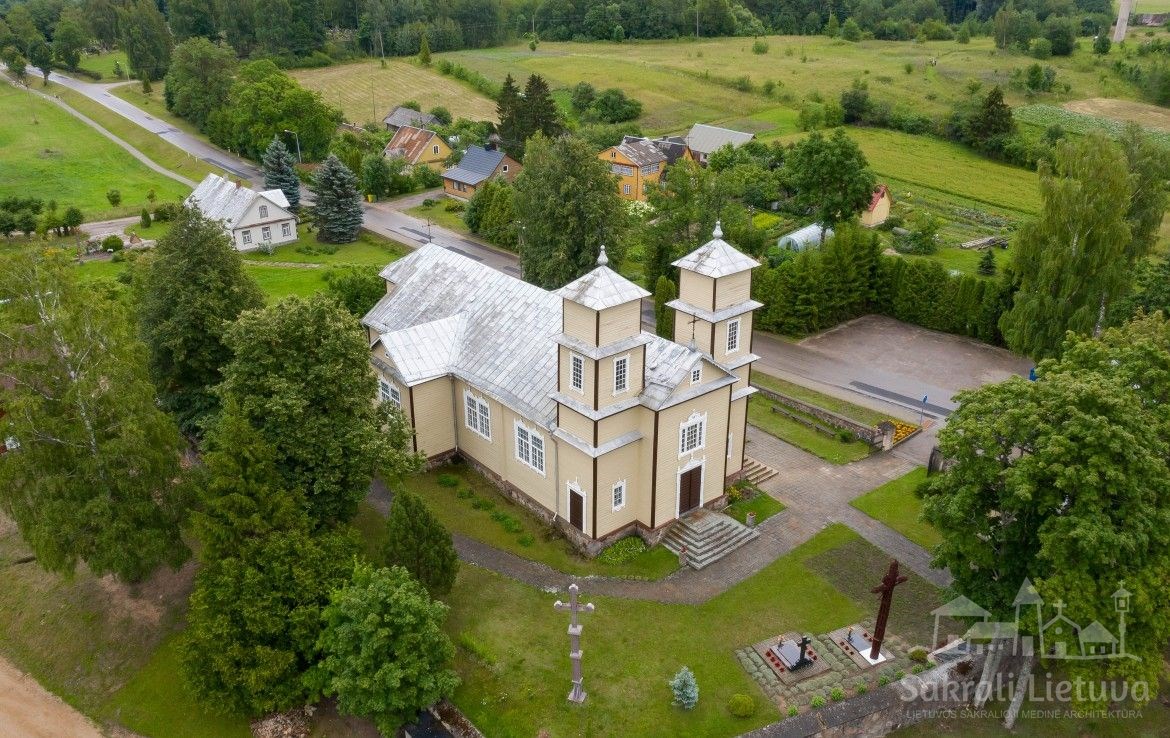 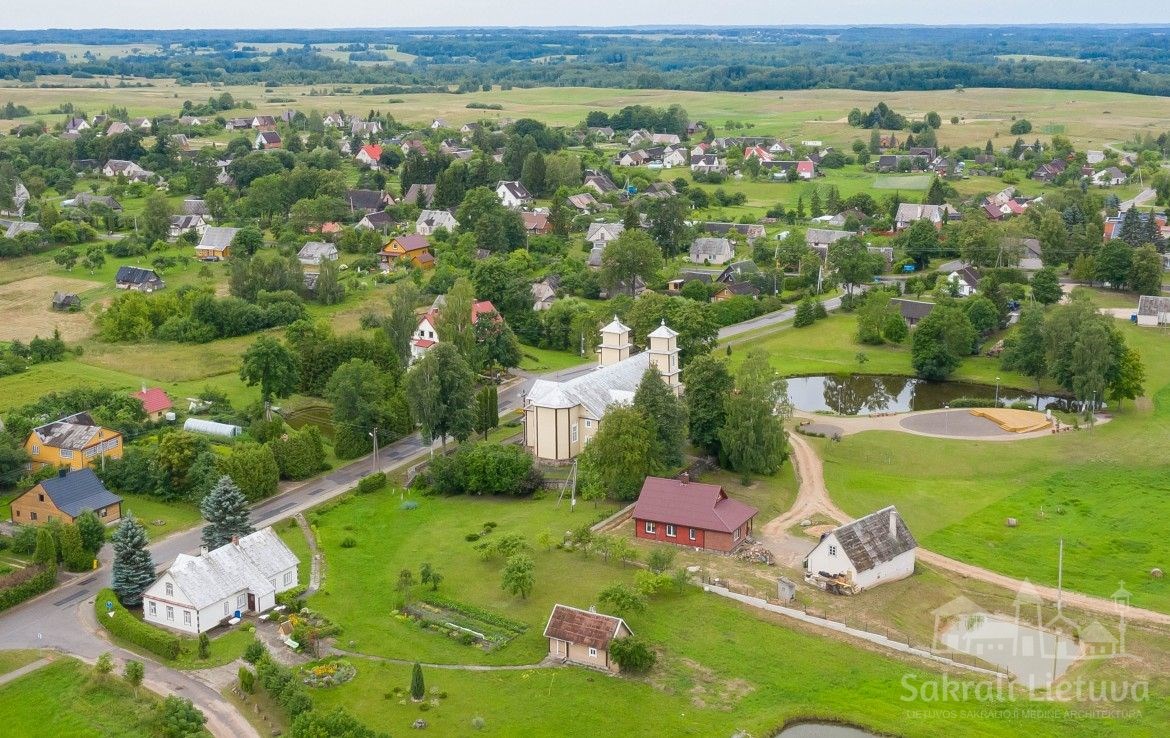 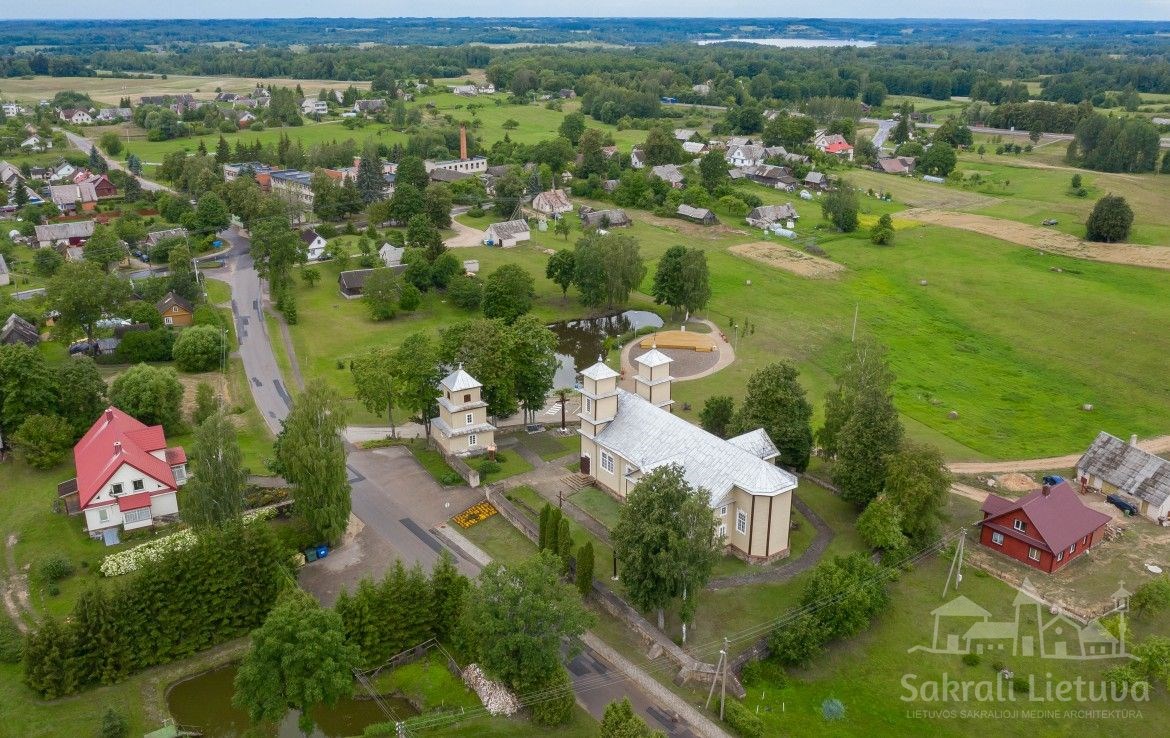 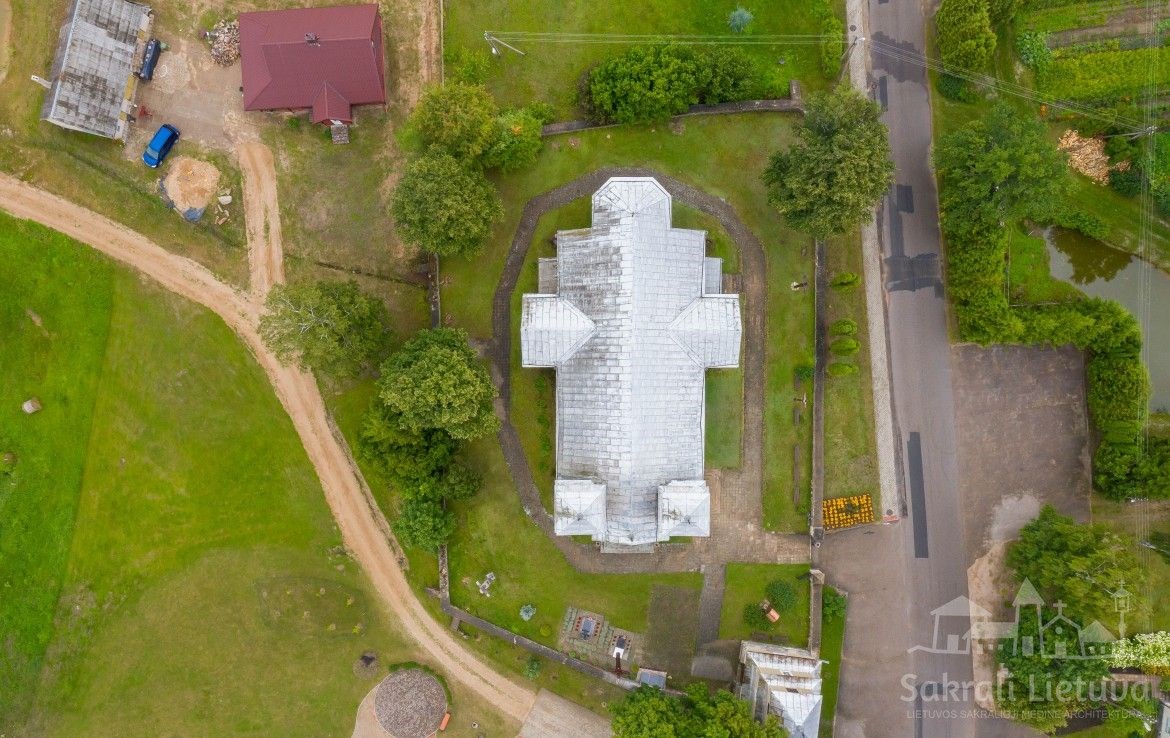 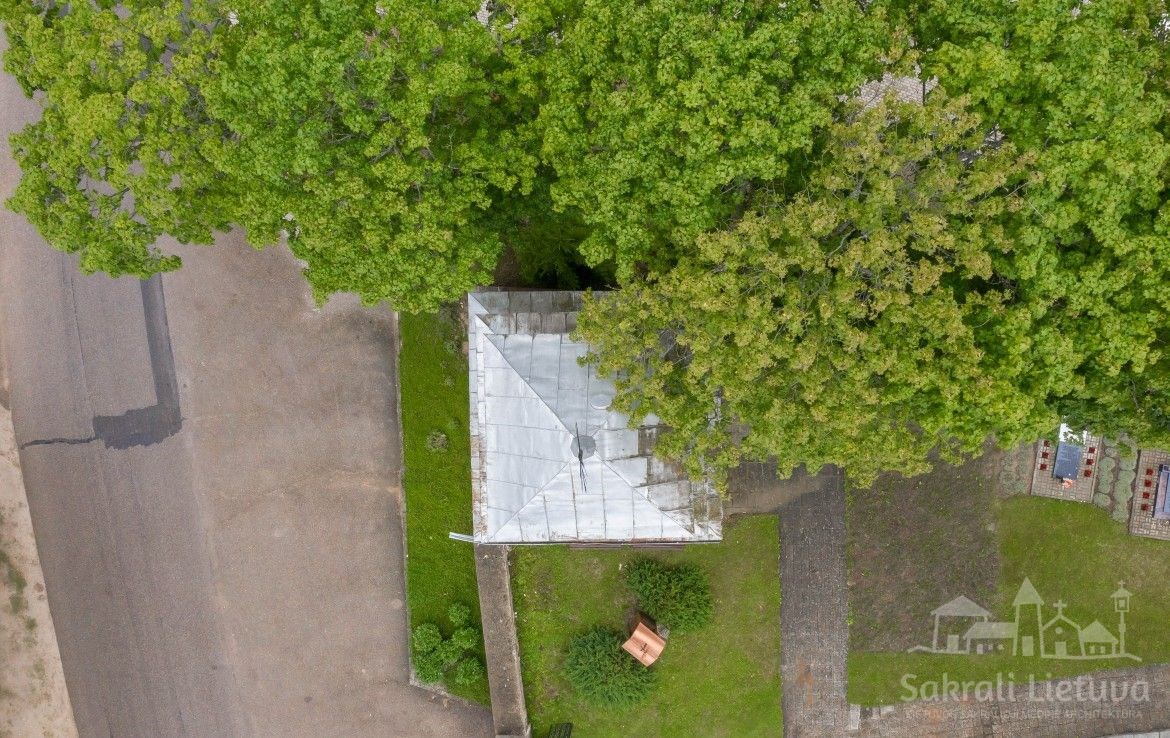 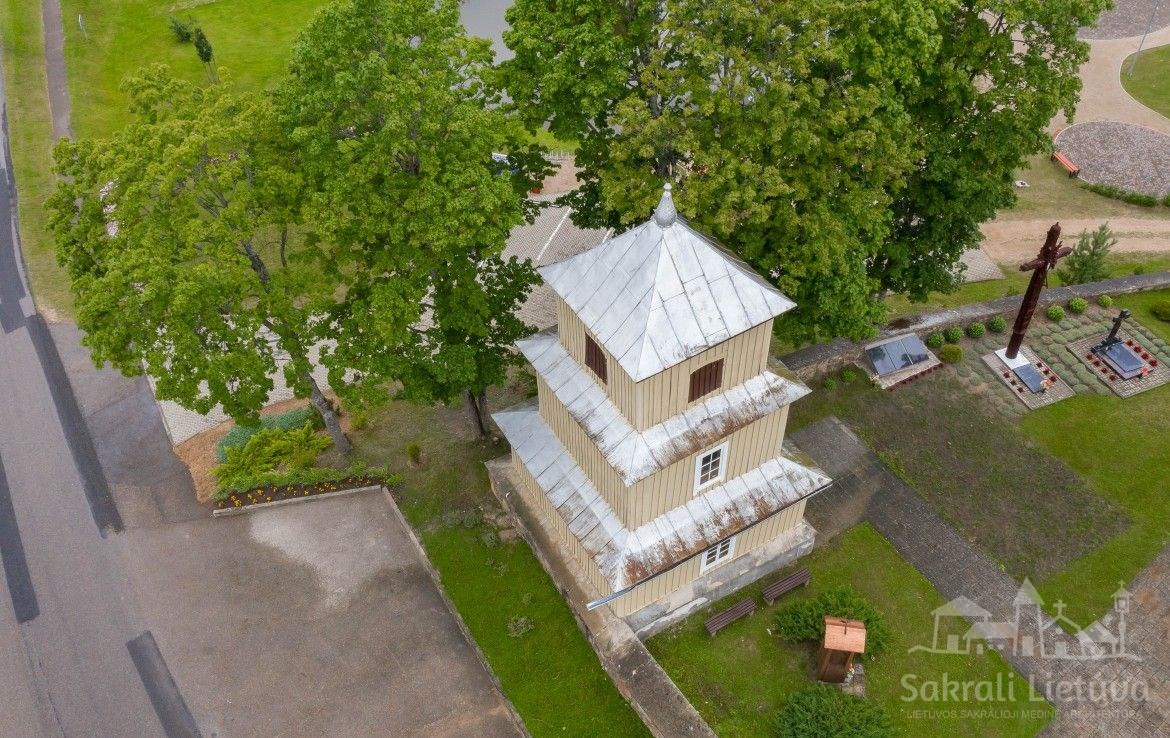 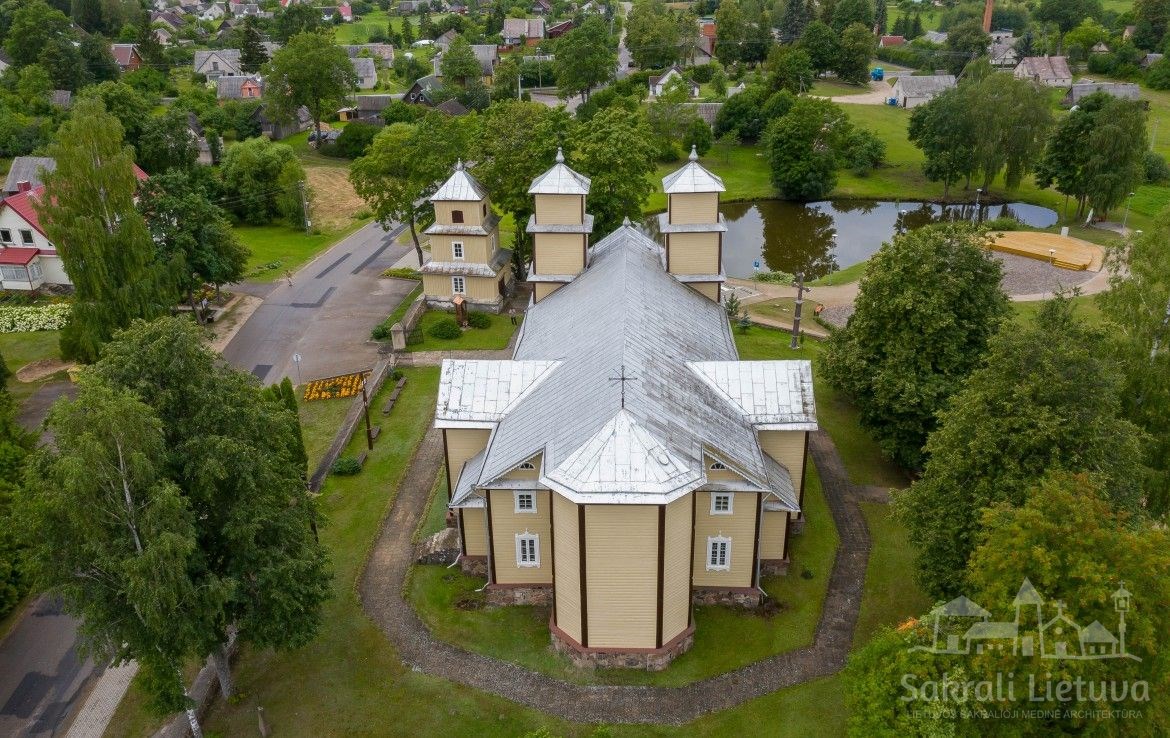 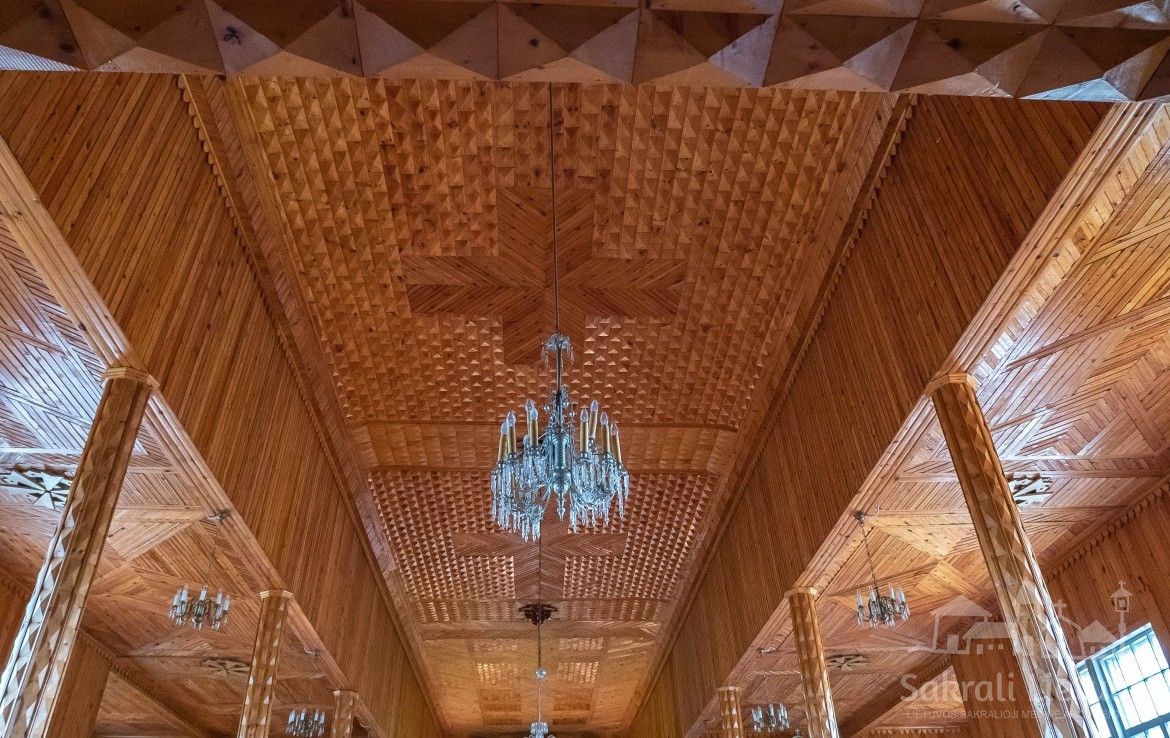 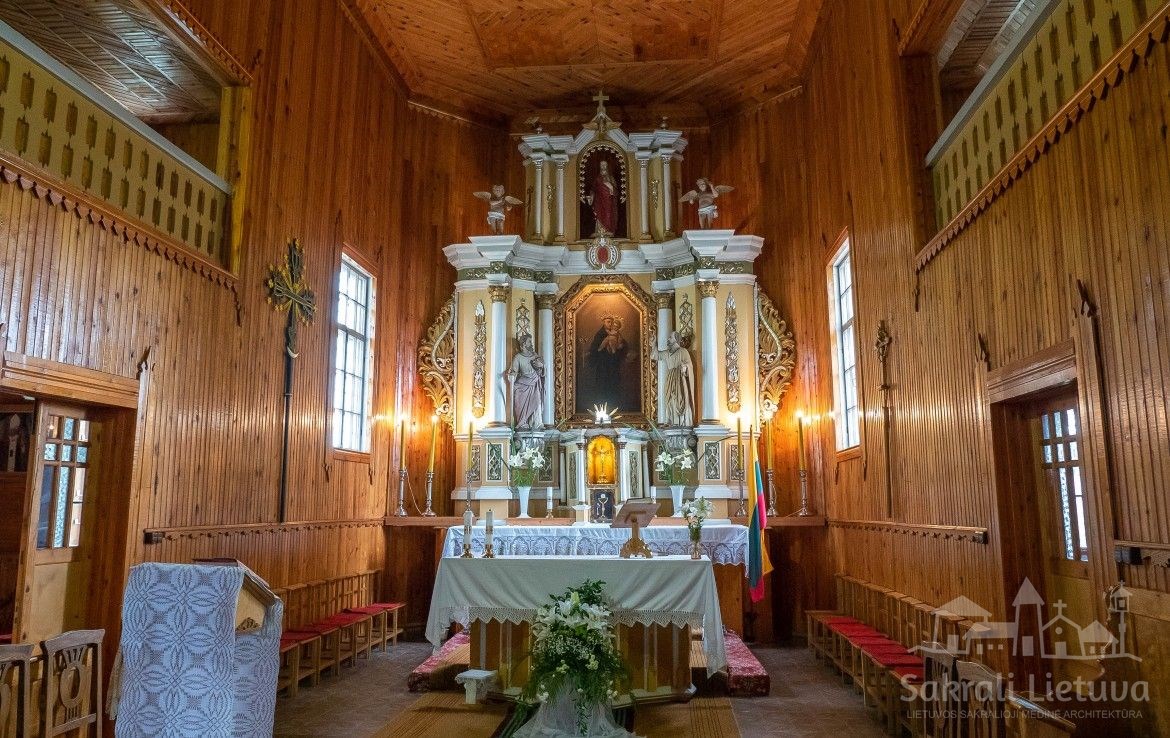 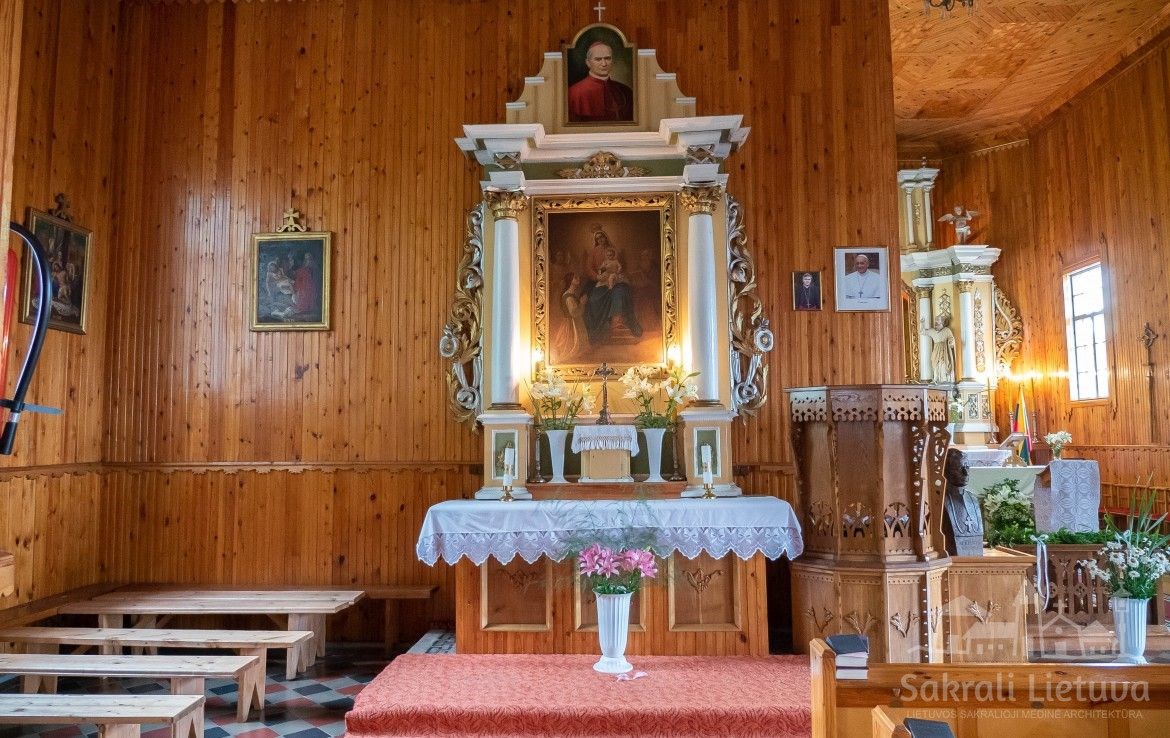 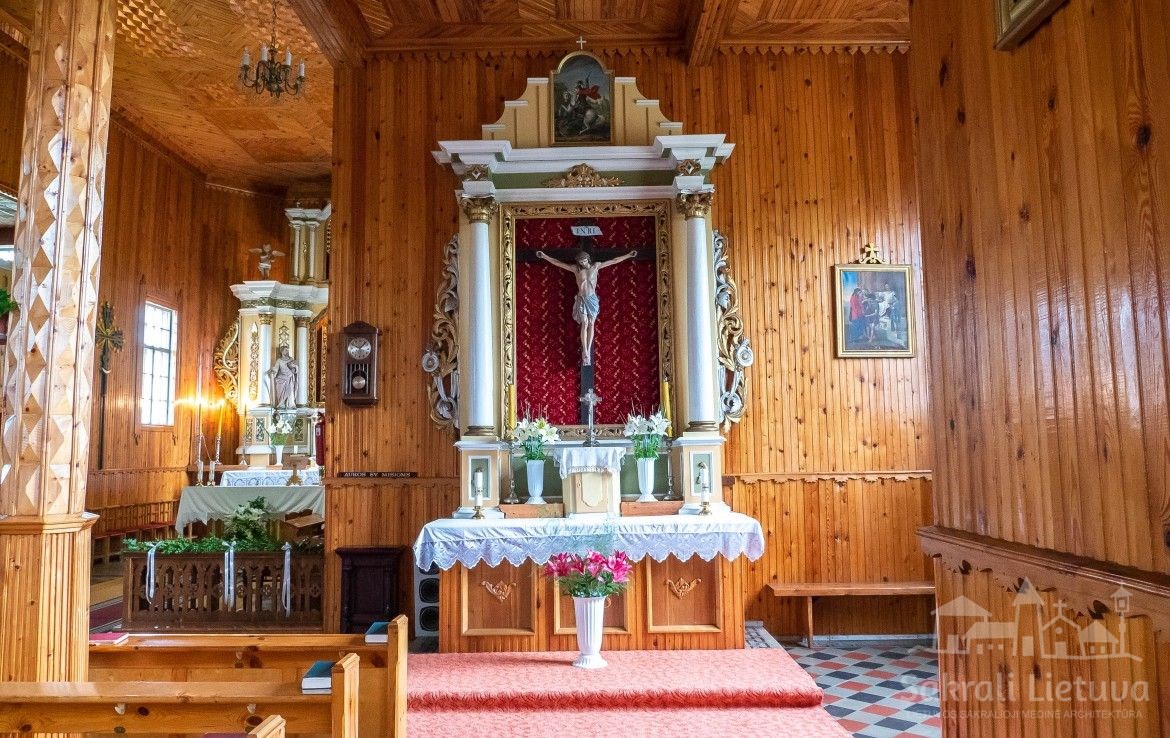 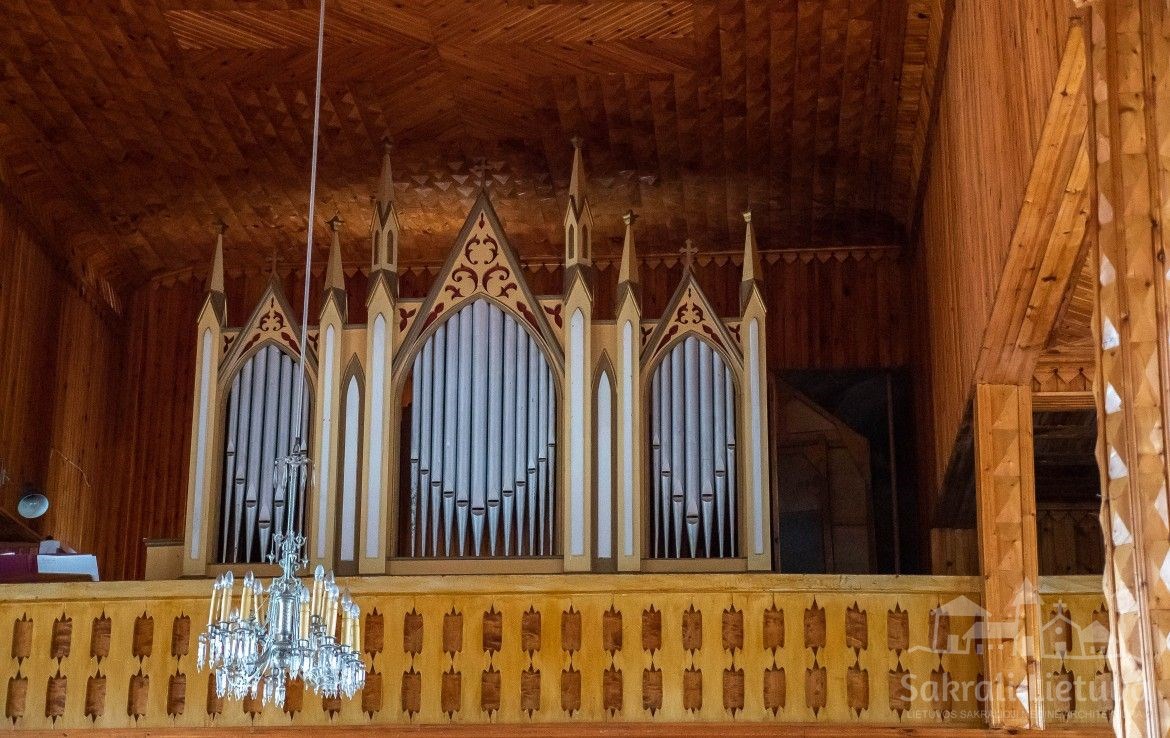 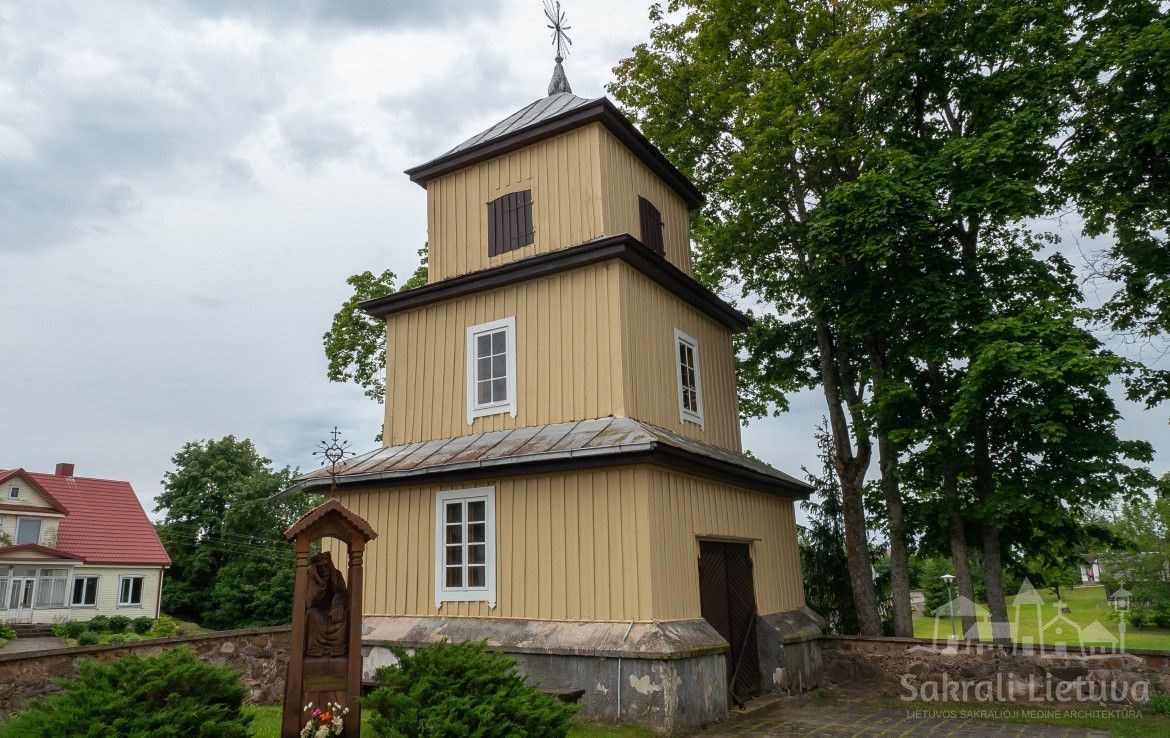 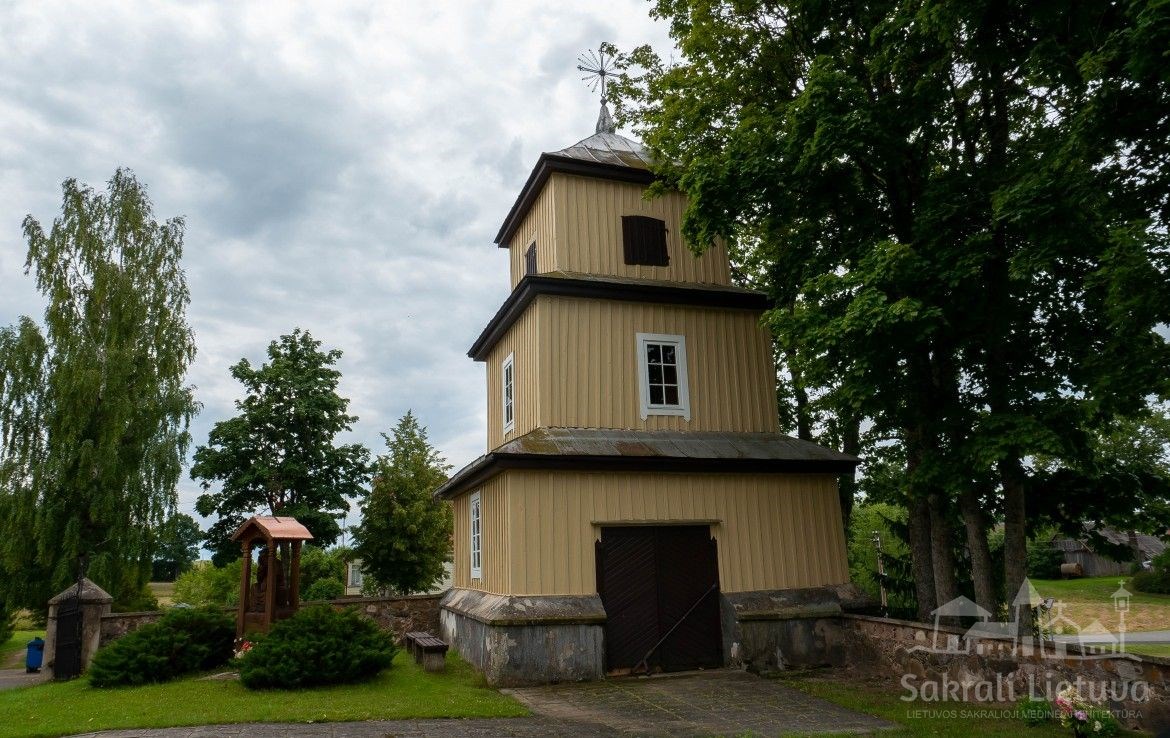 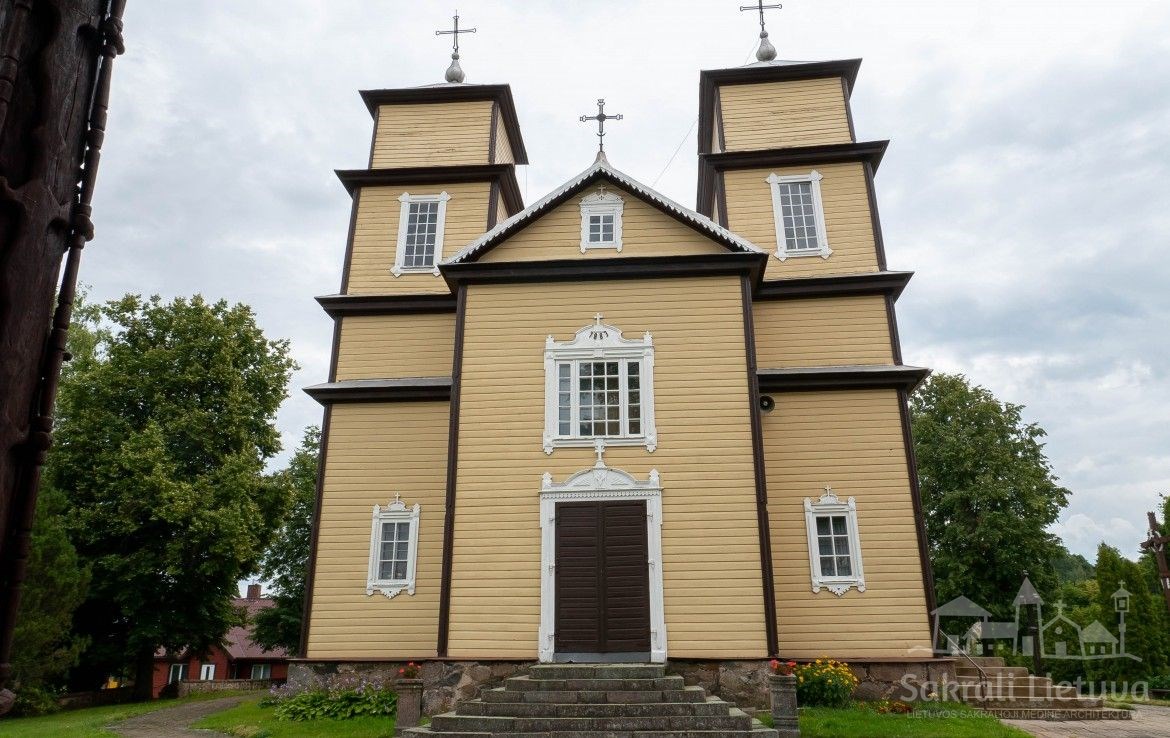 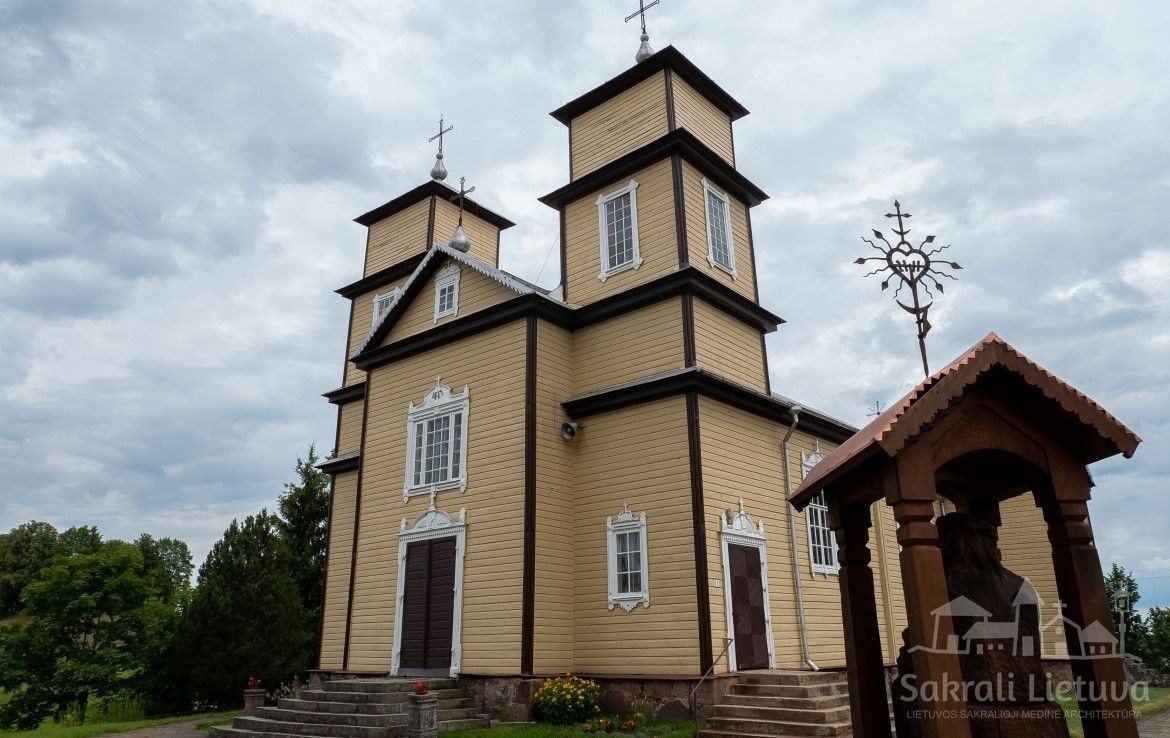 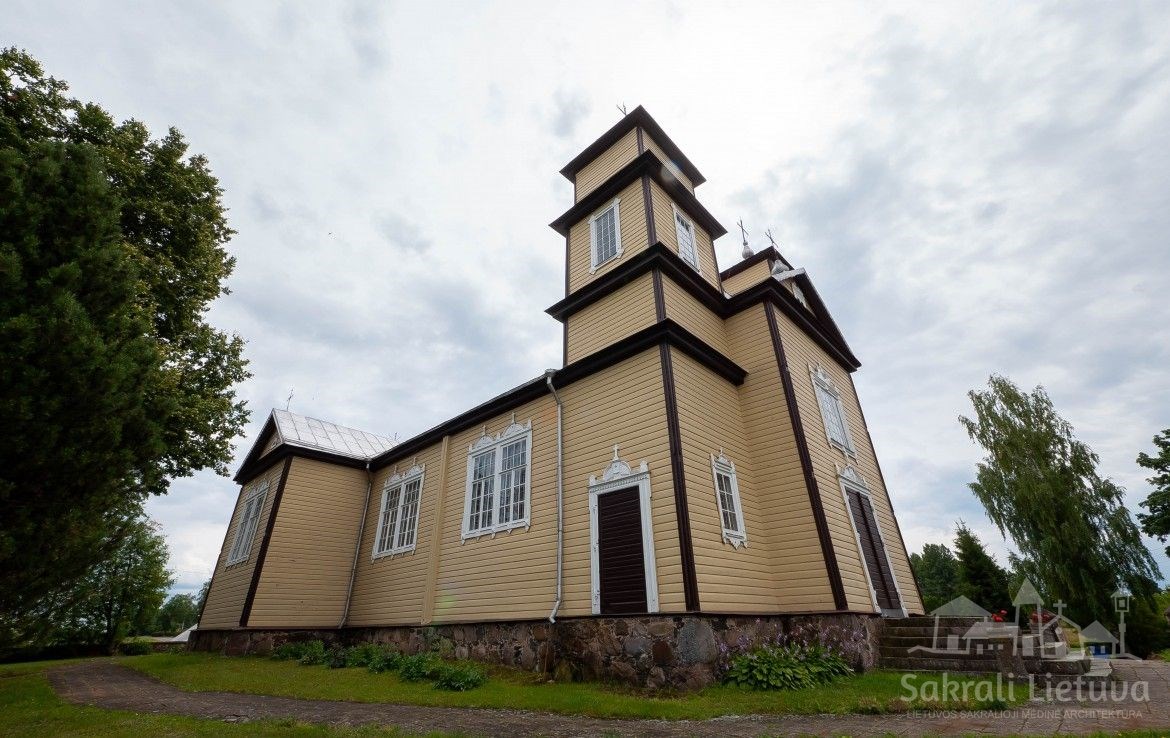 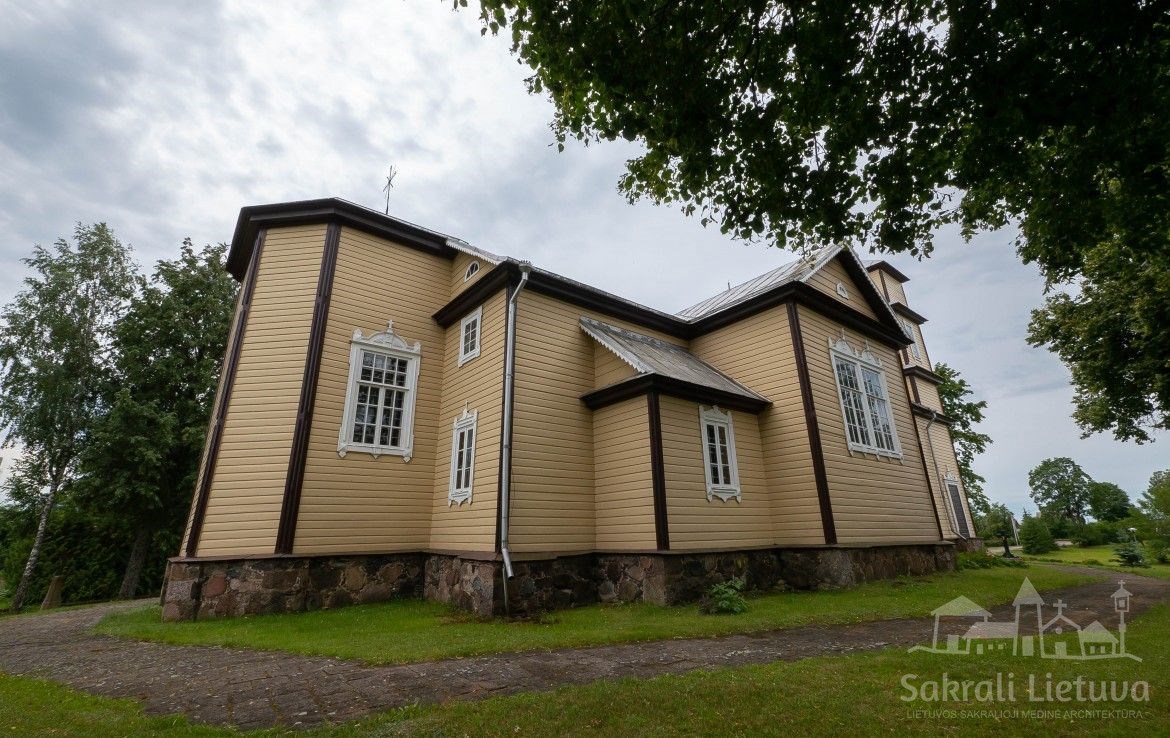 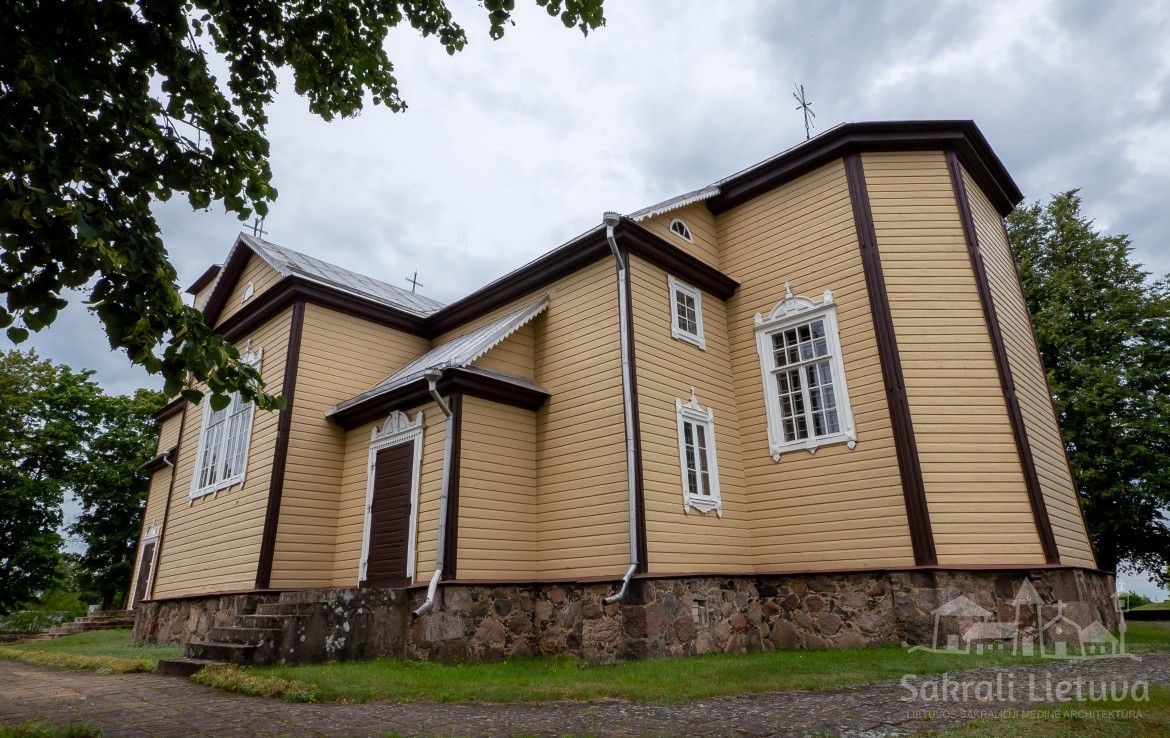 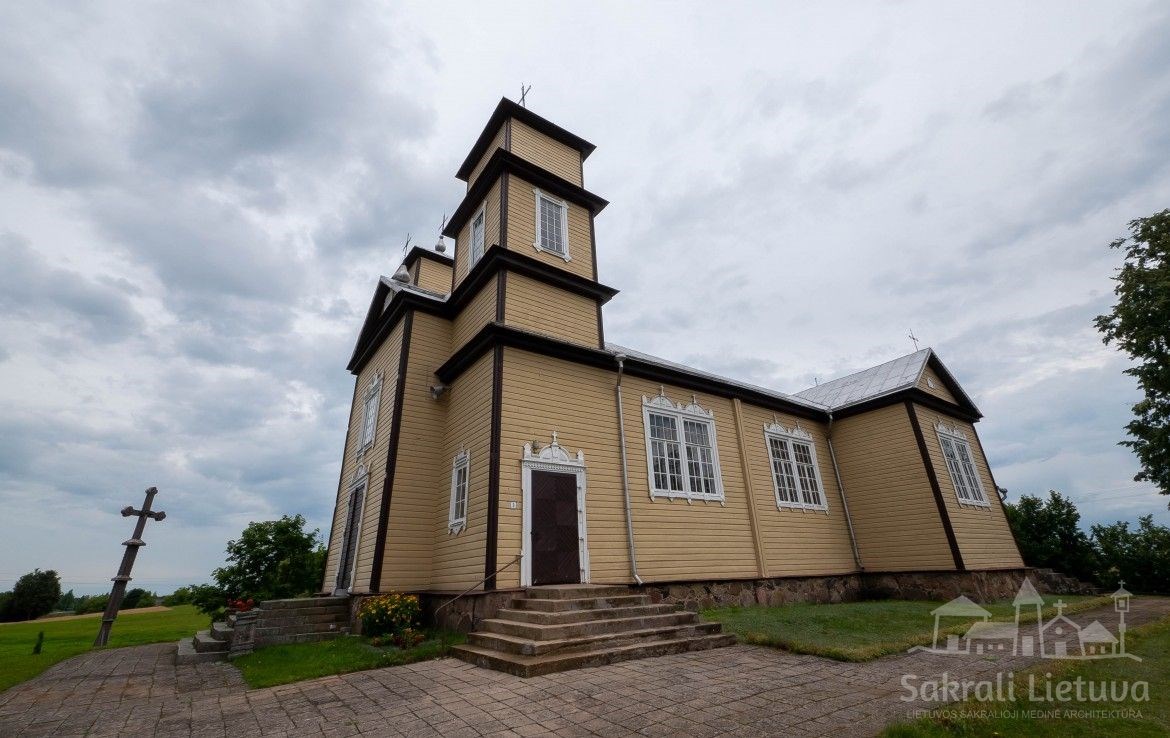 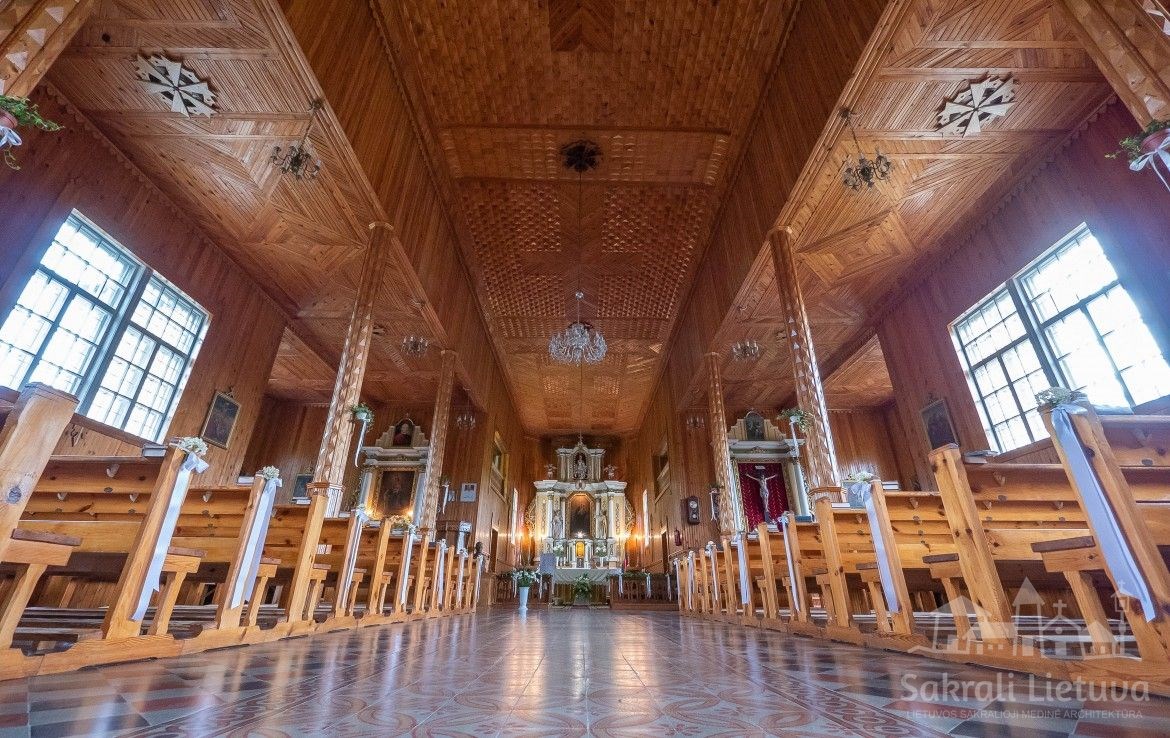 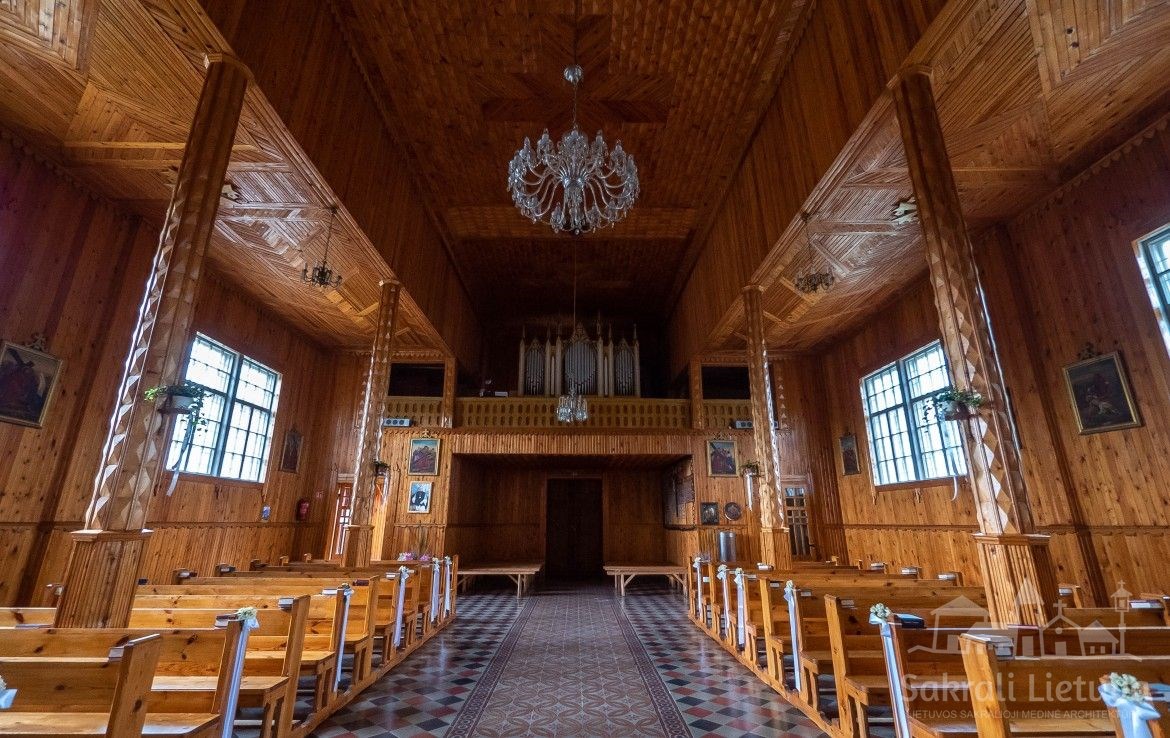 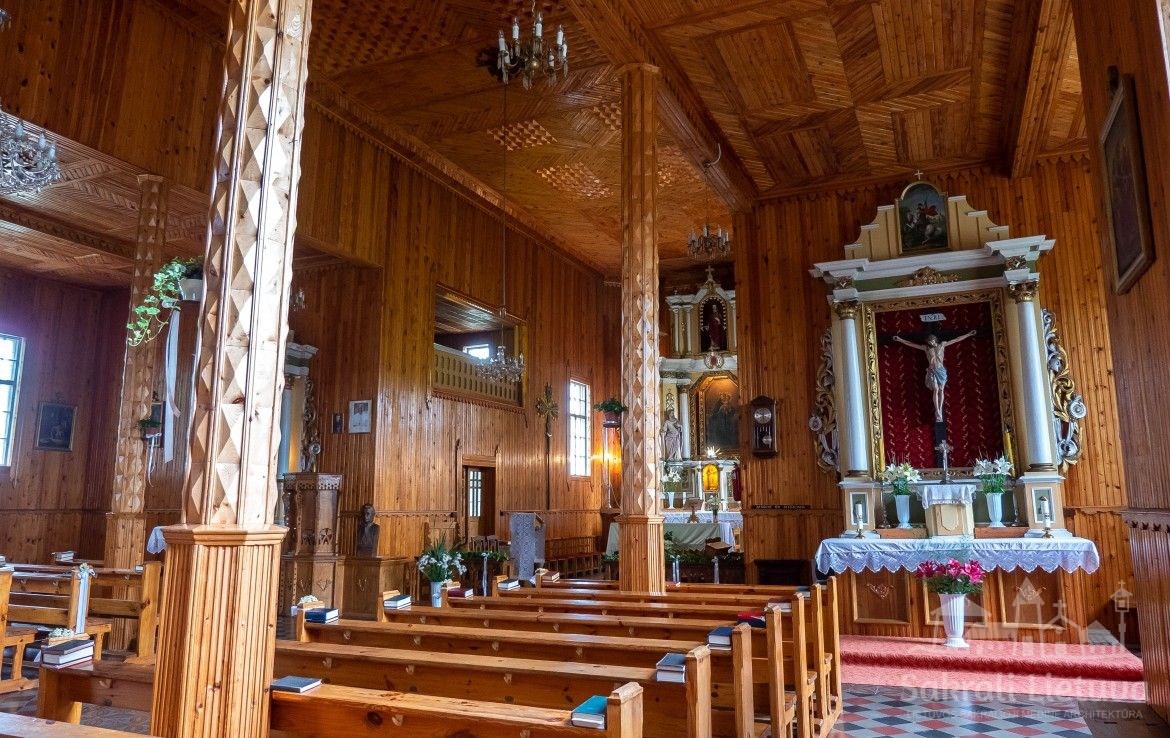 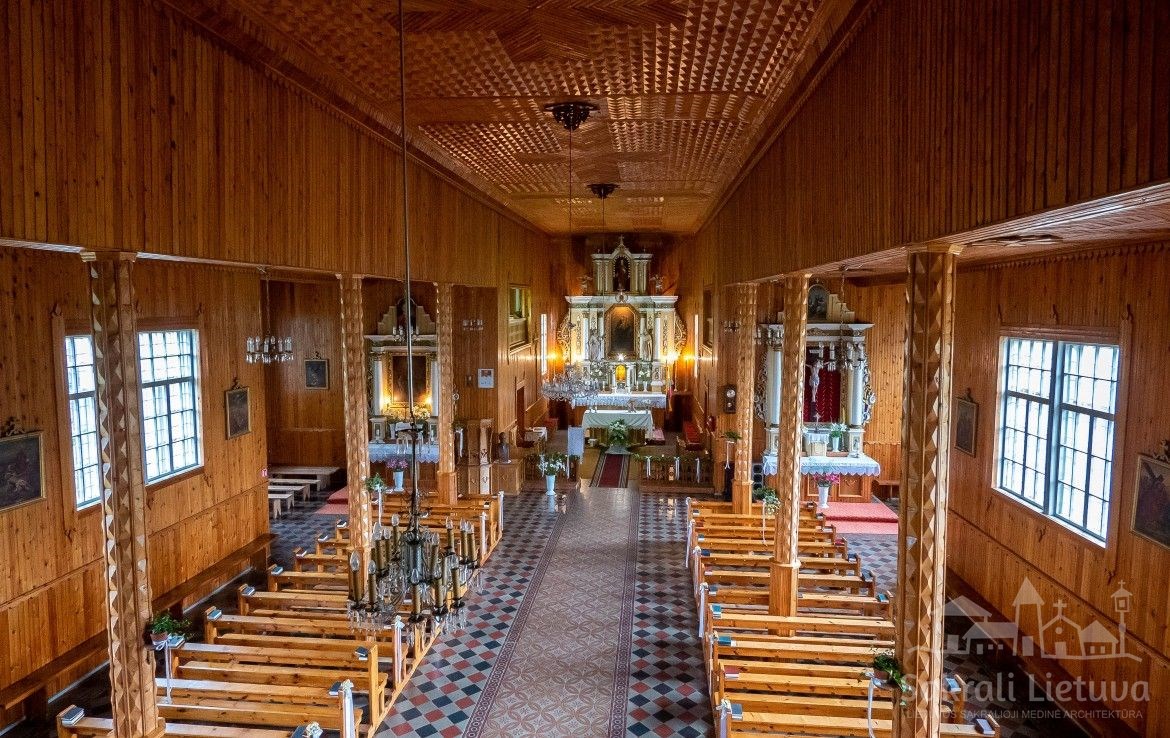