In 1791, Juozapas Valentinavičius built a wooden Catholic church on the private small estate of Bijutiškis. After the 1863 uprising, the new owner of the estate, the former Governor of Vilnius Jegoras Steblinas-Kamenskis, built an Orthodox Church in its place. In 1925, the present Catholic Church of Saint Ann was established in the Orthodox Church. In 1931, the present wooden Church of Saint Ann was built in a new place.

The church built on a hill is of eclectic style, rectangular, has three naves and ends in the presbytery and a three-wall apse. Low vestries are attached to the sides of the presbytery. The composition of the main facade of the Church is complicated. Narrow extensions with gable roofs are attached to the sides of the main volume and are somewhat withdrawn from the façade. An open porch characteristic of folk architecture with small columns and a triangular fronton adorns the entrance. There are narrow rectangular windows with triangular pediments on both sides of the porch. In the second tier of the façade there are two large paired lancets with the pediments profiled in a straight line. The façade ends in a coping separated by a triangular fronton. A low turret of two tiers with acoustic openings, large cornices, small pediments and quadrangular roof rises above it. A small open turret with a spire adorns the ridge of the presbytery. Windows of the side facades are also embellished paired, tapering with straight frontons. The Church has a gable roof with triangular dormer windows. The walls are lined with planks with narrowing battens.

The middle nave is taller and broader than the side ones. The ceilings of the naves are level; the central nave is separated from the presbytery and the organ choir by pointed arches. The naves are separated by poles with a wider part of the socle. Three altars of the Church were made in the 1950s. A sculpture representing Jesus of Nazareth, which was brought there from the earlier Bijutiškis Church, adorns the Church. The gypsum sculpture of Saint Mary the Virgin of Christian Help cast in 1936 by Vilnius-based sculptor Juozapas Novarytas is thought to have found its way to this Church after World War II. The altar of church processions with an interesting composition of the retabulum and a valuable painting of the Blessed Virgin Mary the Gracious and the frame deserves special mention. Though the Church is not old, it contains furniture of different historical periods. Some of it got there from the so-called Didžiokai chapel of Didžiadvaris estate; others were made by local masters. 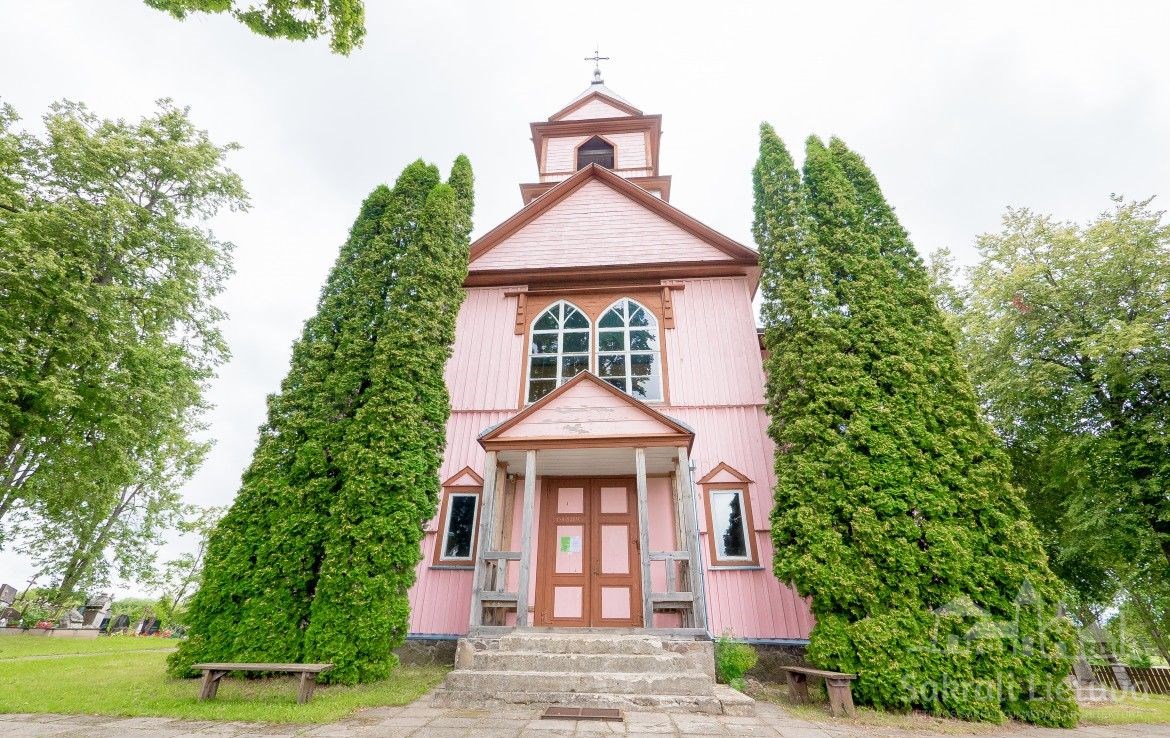 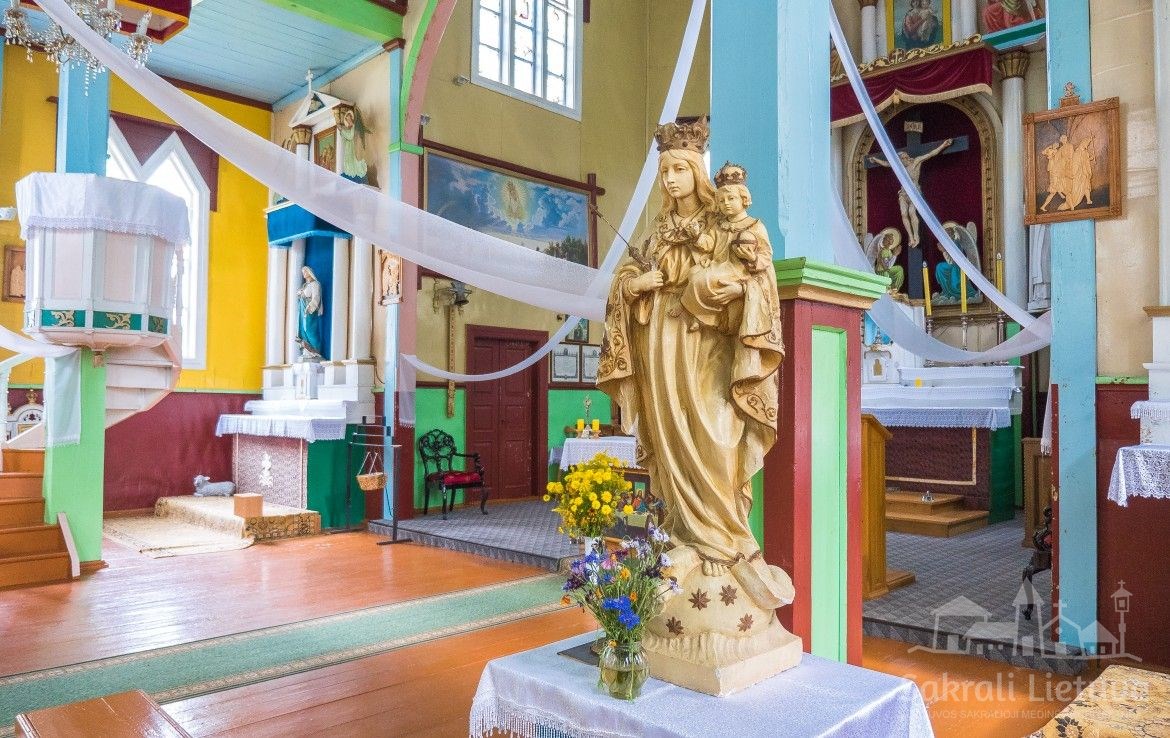 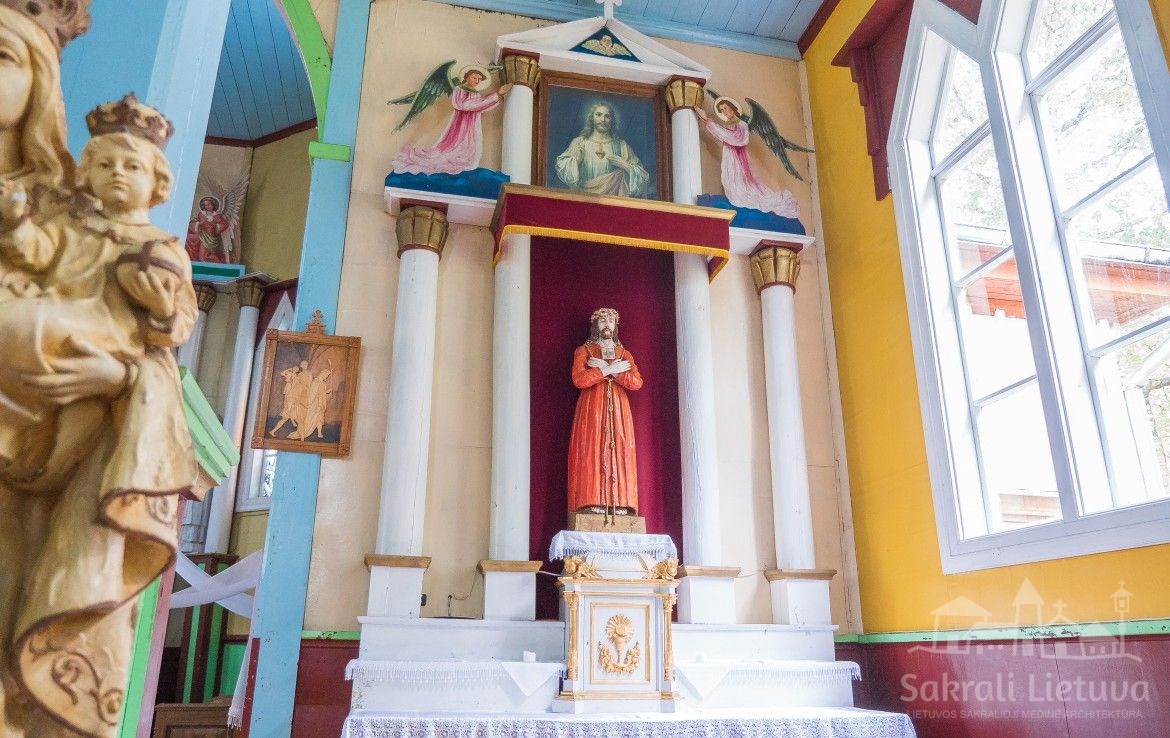 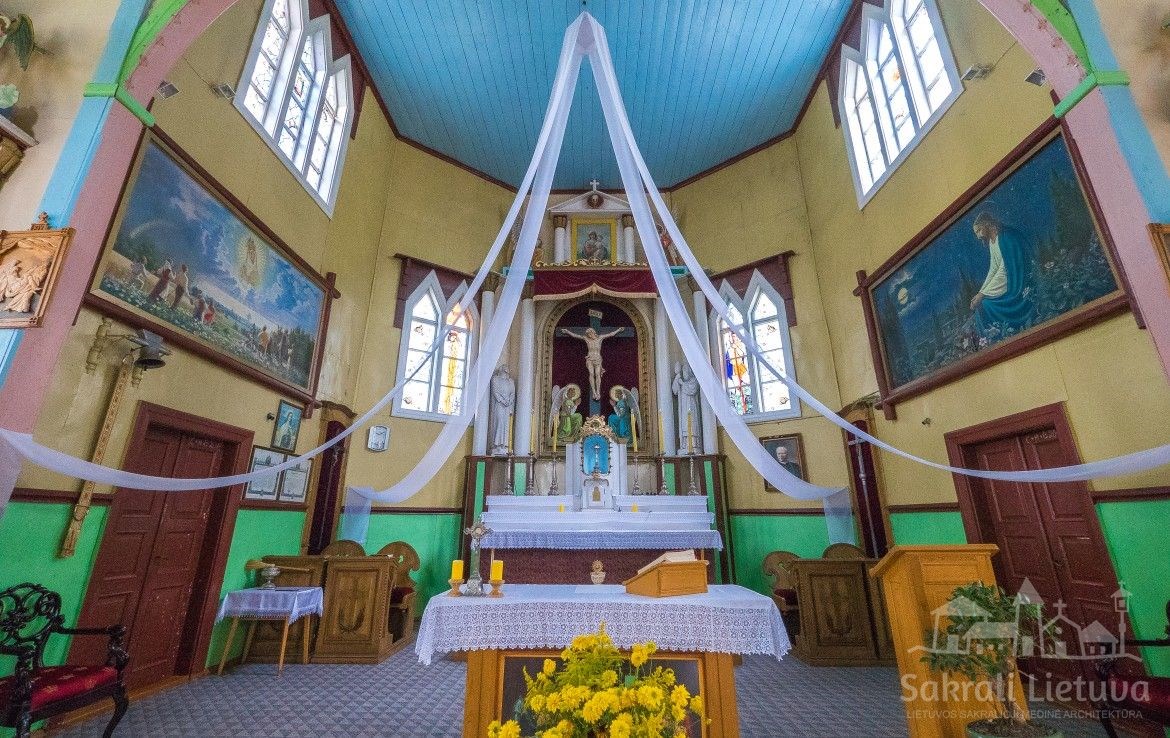 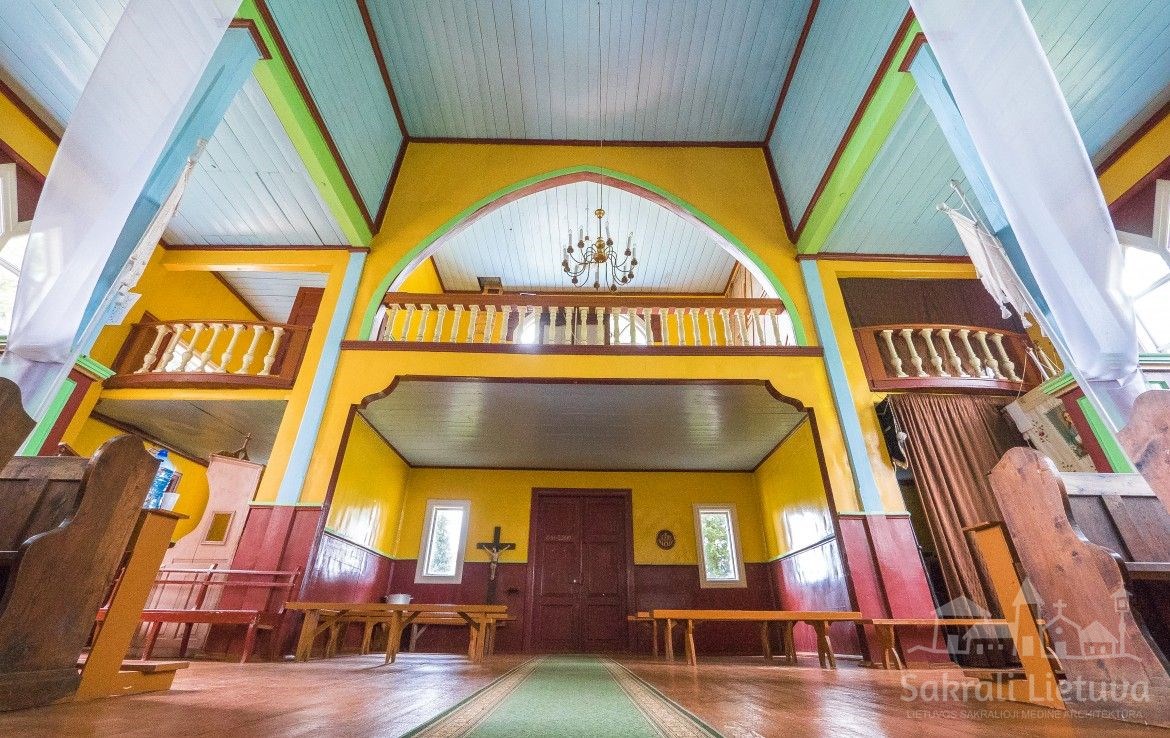 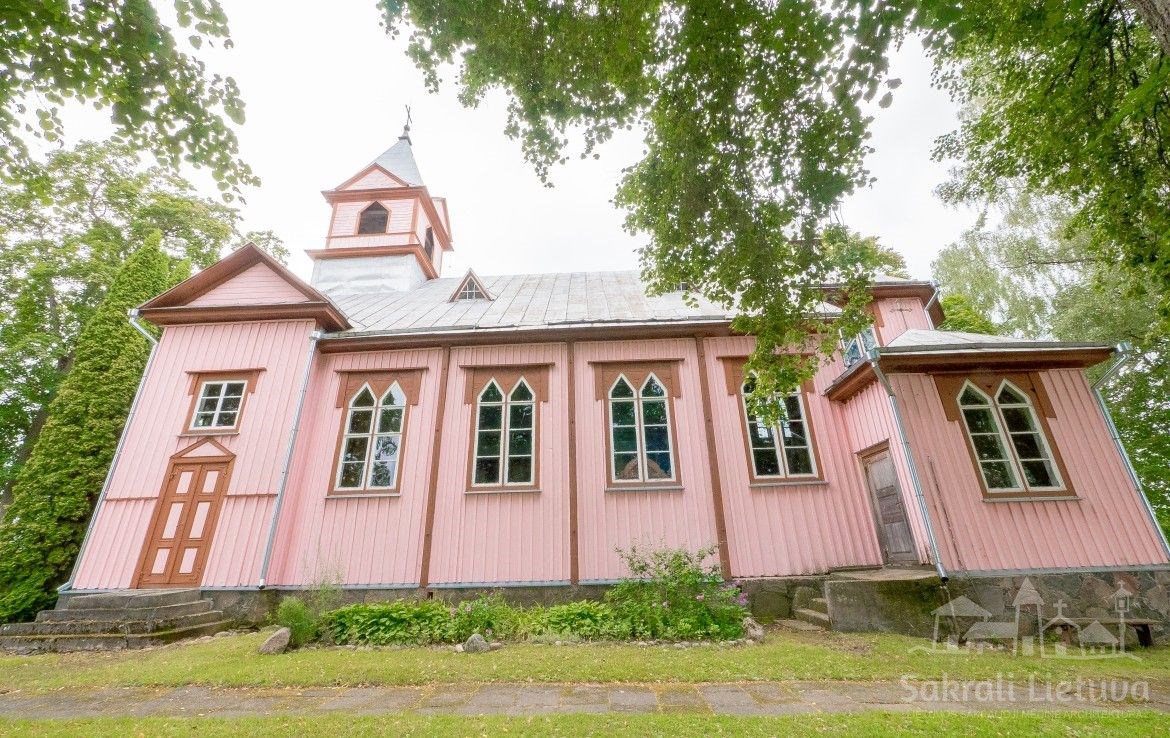 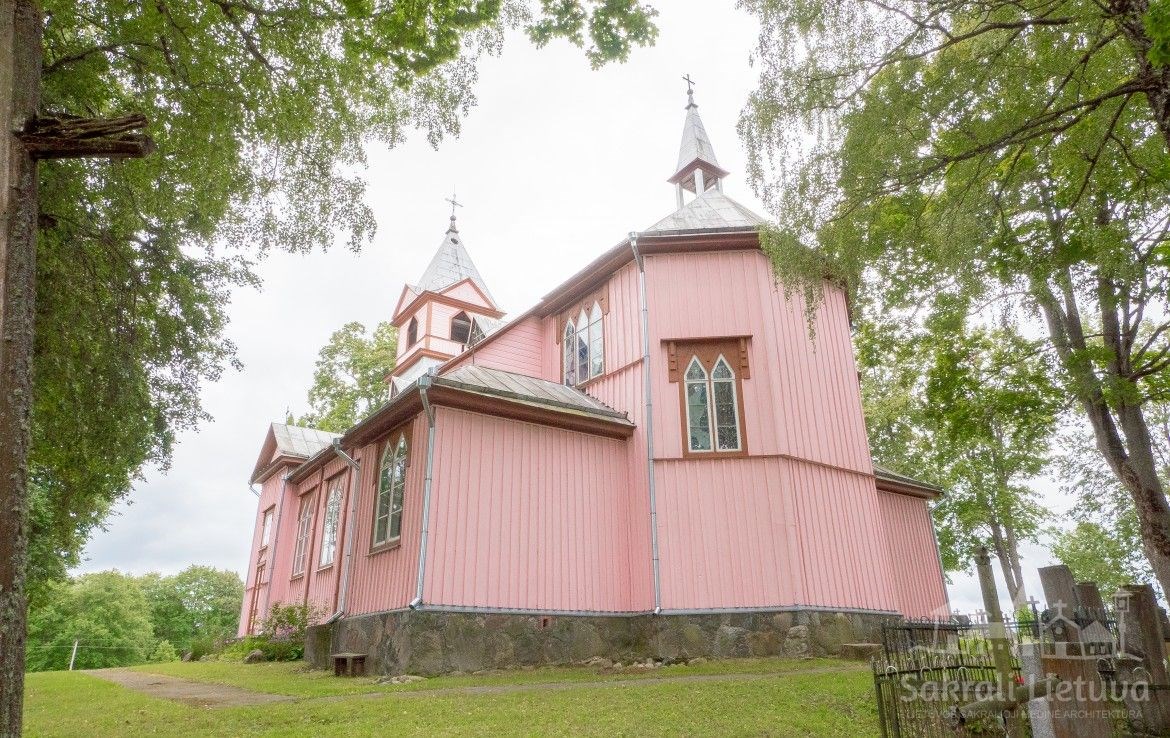 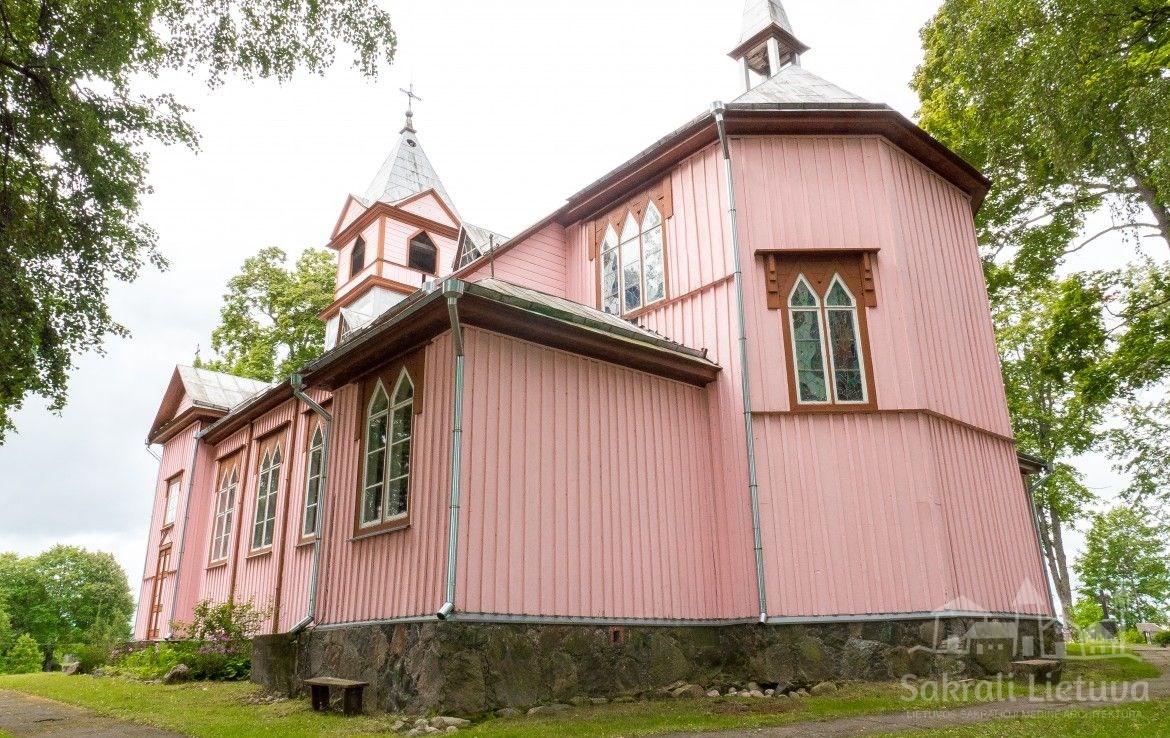 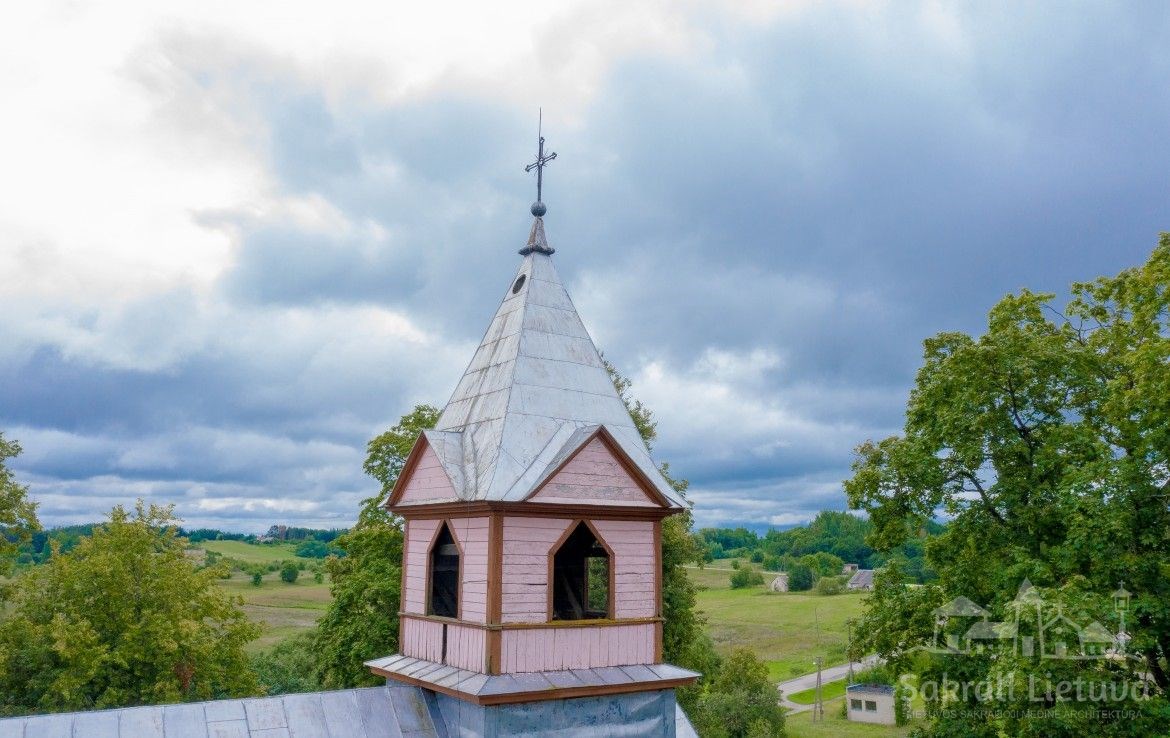 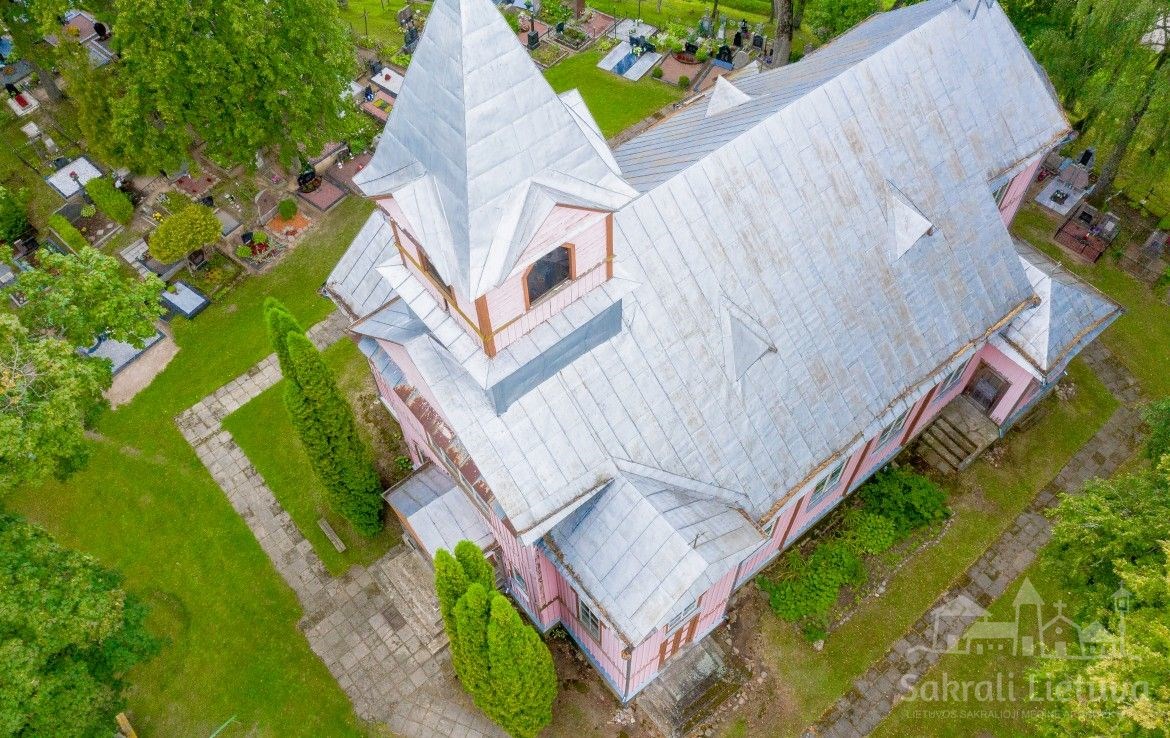 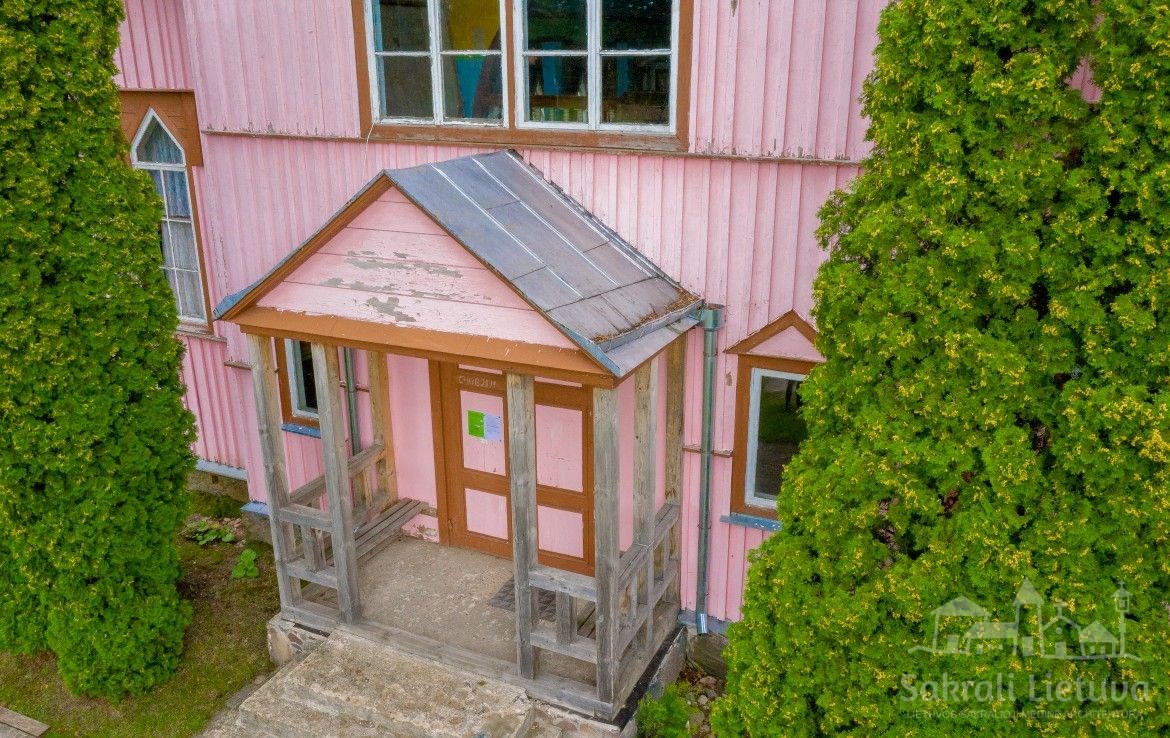 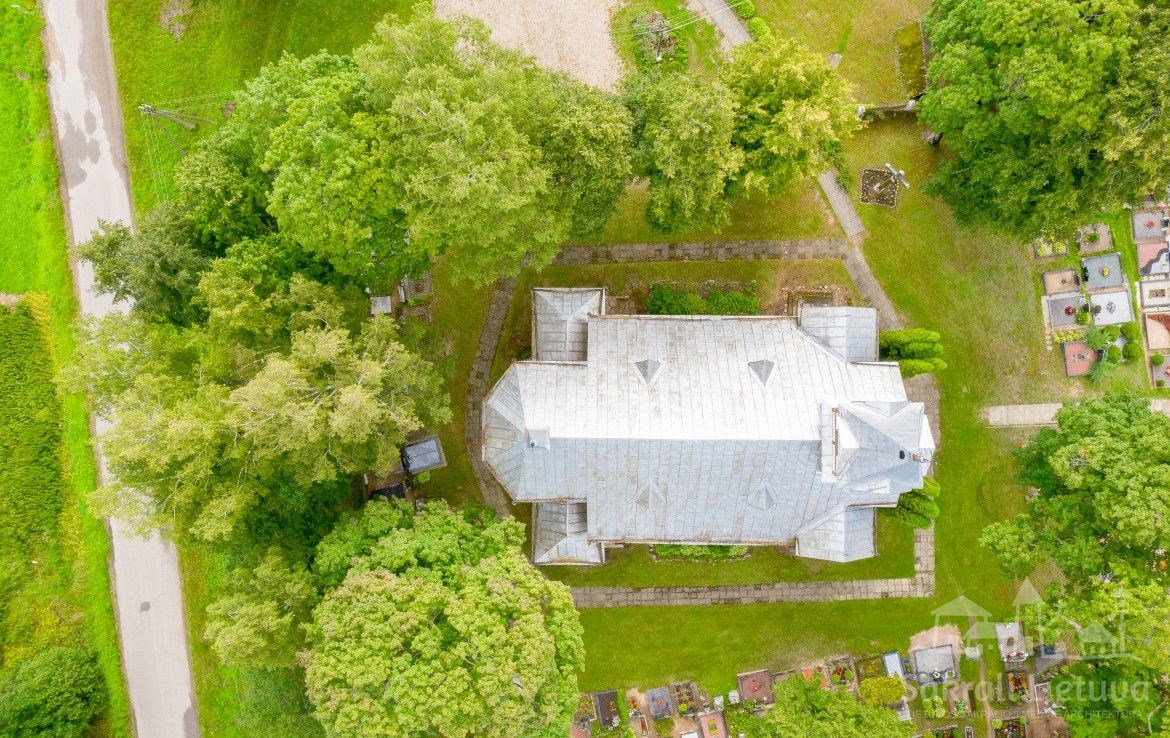 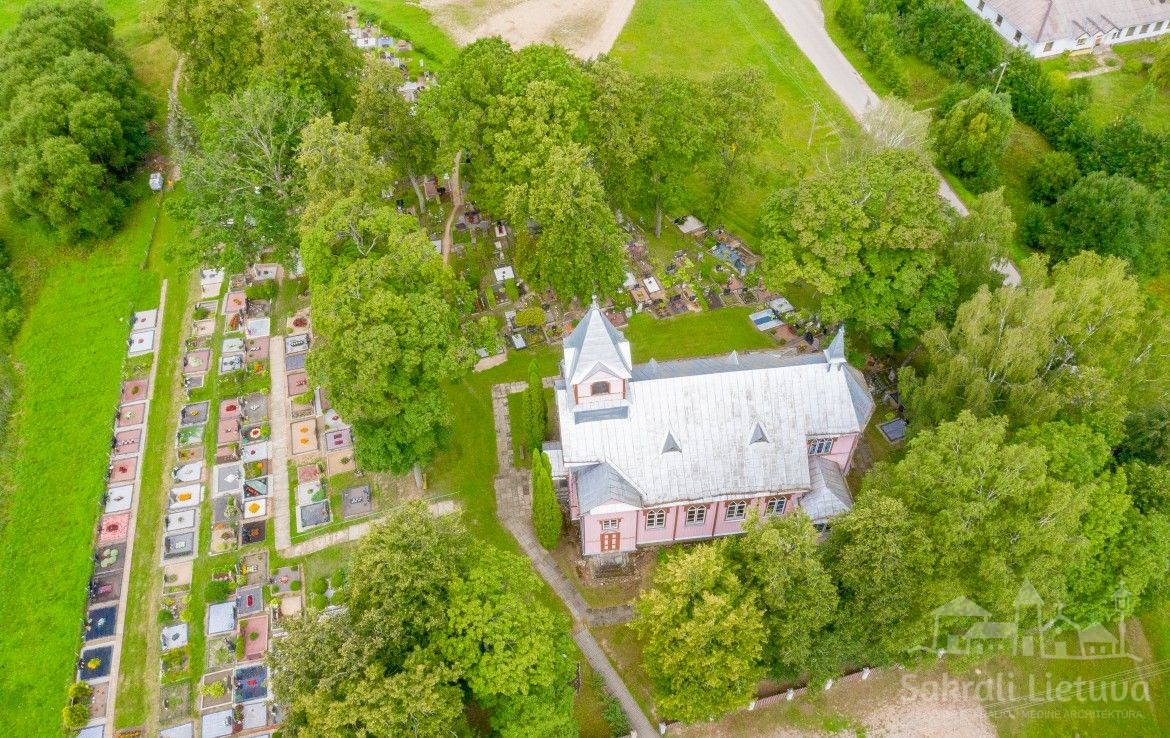 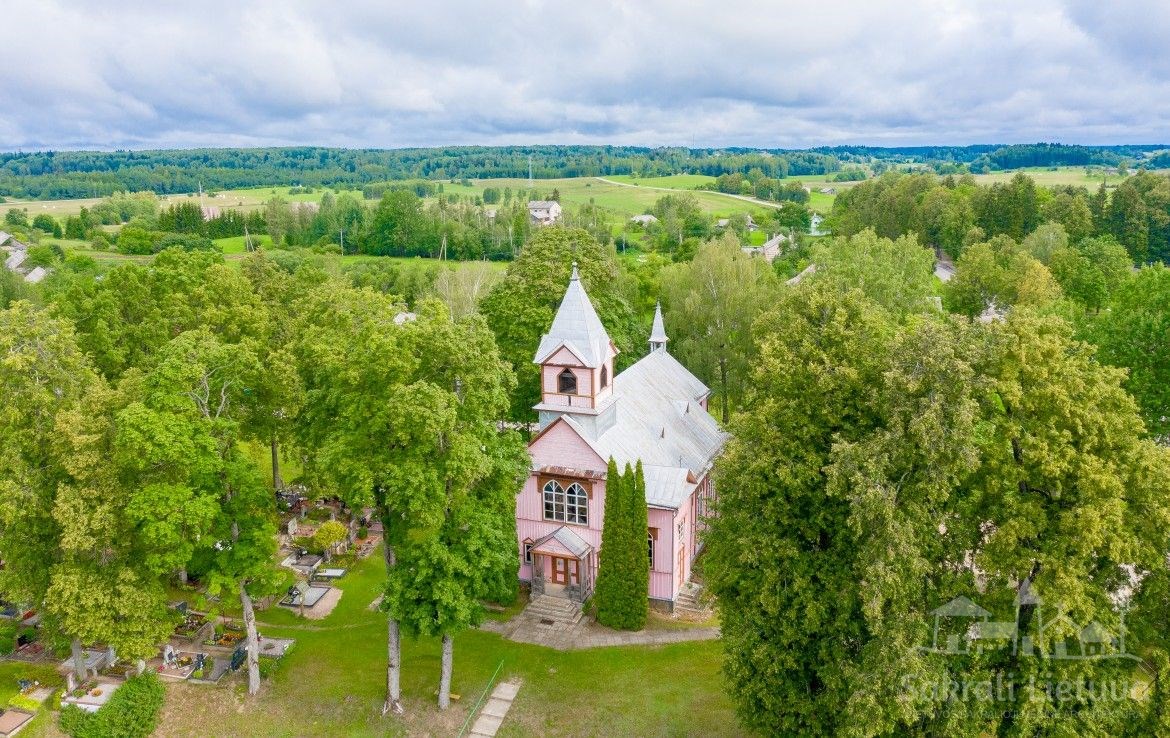