Bagaslaviškis Church of the Discovery of the Holy Cross

The history of the origin of the church and the town of Bagaslaviškis dates back to the arrival of the landowner Ignotas Švykovskis from Čiobiškis estate to these environs. The name of the rather young town is obviously of Slavic origin, which, when translated, would mean Glory to God. Ignotas Švykovskis divided his estate between his two sons Boleslov and Boguslav, and the latter named their estates Boleslavova and Boguslaviškis, respectively.

Ignotas Švykovskis funded the building of the first church in the town in 1790. After the old church started to go into complete ruin, in 1850, the construction works of the new current church were started and the church was completed to be built in around 1857. In 1890, the churchyard was surrounded by a brick wall, and in 1907 a tall brick deanery with a bath-house and basements in which the German Military Staff was established during the First World War, were built.

The rectangular church is built in the folk style and resembles a dwelling house. It is only a small quadrangular turret with a spire and the ornamented cross over the main façade that betrays its sacral function. At the other end of the roof there is a pedestal with a quadrangular base ending in a spire with a cross. The walls of the Church are even, without any elements of décor, lined with horizontal planks with rectangular openings of the windows and doors, only the windows of the turret have the form of an arch. The Church has an iron roof. A low compact wooden belfry adjoins the wall of the churchyard. This is a two-tier building of folk style; the first tier is broader than the other and ends in the iron capping. The other tier has acoustic openings and it ends in an iron roof of four sloping sides and a cross.

A lot of church treasures are stored in the Church, but the most priceless of them is the gothic sculpture of the Crucifix in the High Altar dated back to the beginning of the 16th century. It is quite likely that the sculpture was brought from the Cathedral Basilica of Vilnius. There is also an authentic organ there whose master is unknown, but it is thought that he could have been Vilnius-based Juozapas Radavičius.

The historical value of the Church is of no less significance. The priest Silvestras Gimžauskas spent the last years of his life as an altarist there. He was persecuted for his public action by the Tsarist authorities. Petras Bertulis was a long-time dean of Bagaslaviškis who saved people from hardships of war during the First World War and later established Lithuanian schools, and during the Polish occupation was taken to Lukiškės prison for saying services in the Lithuanian language. 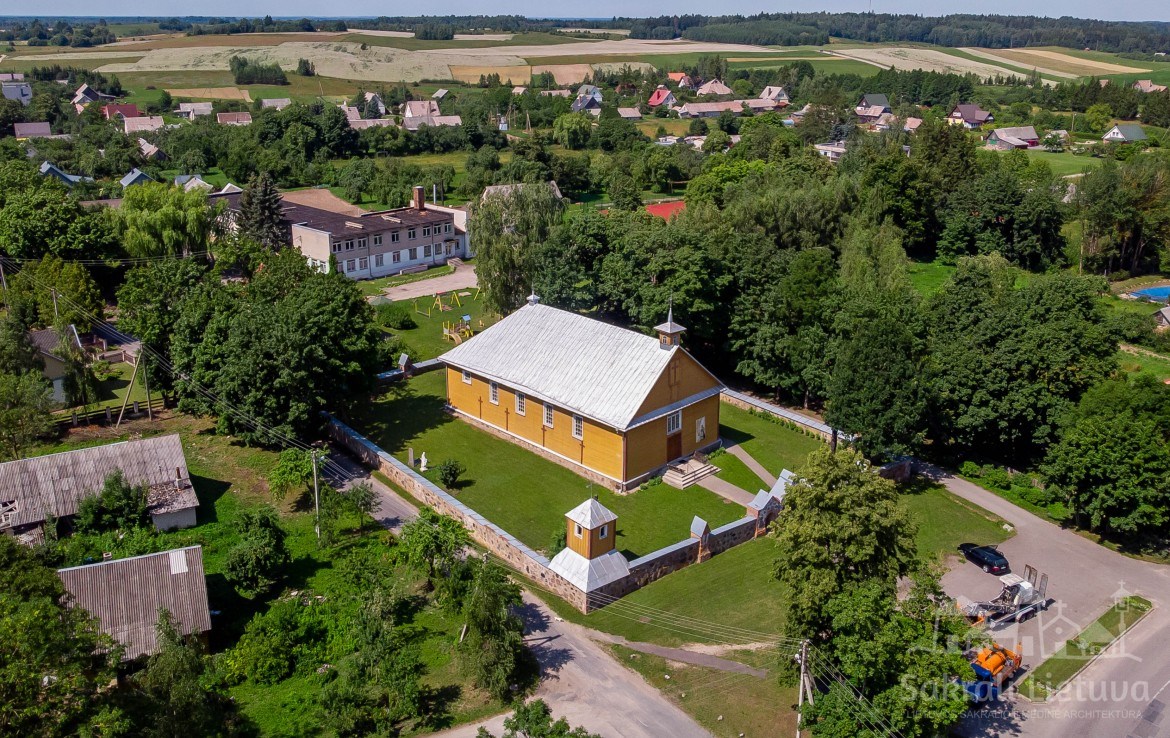 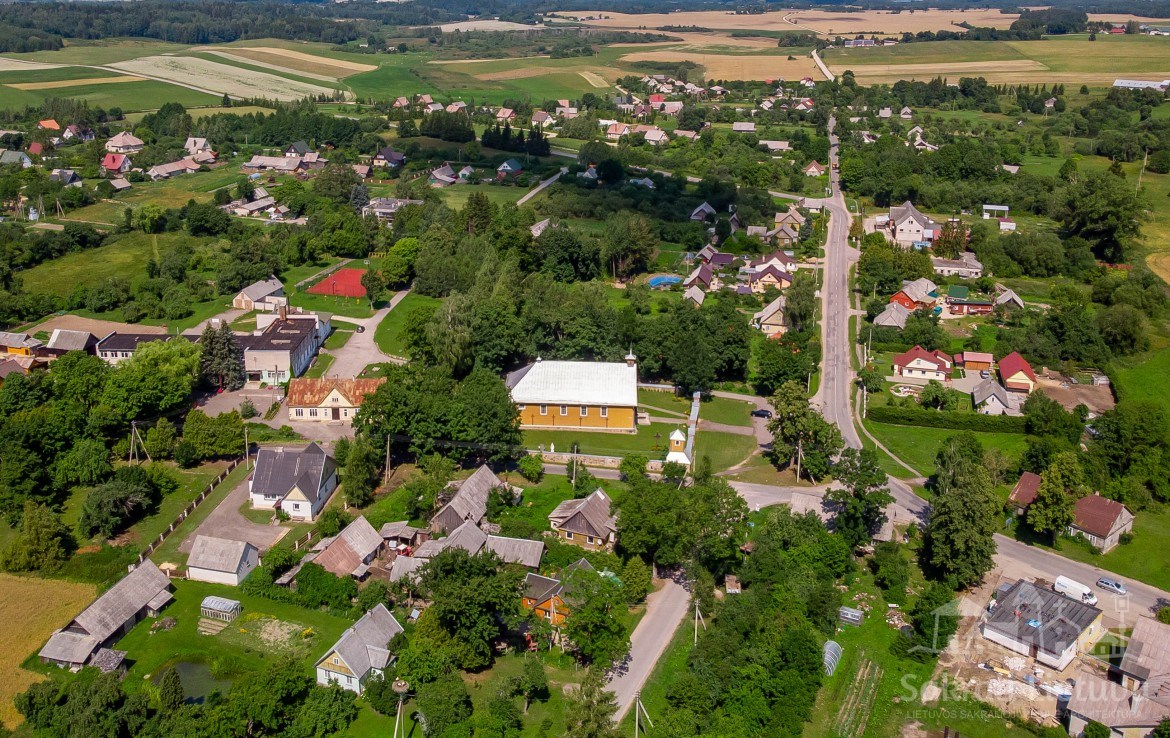 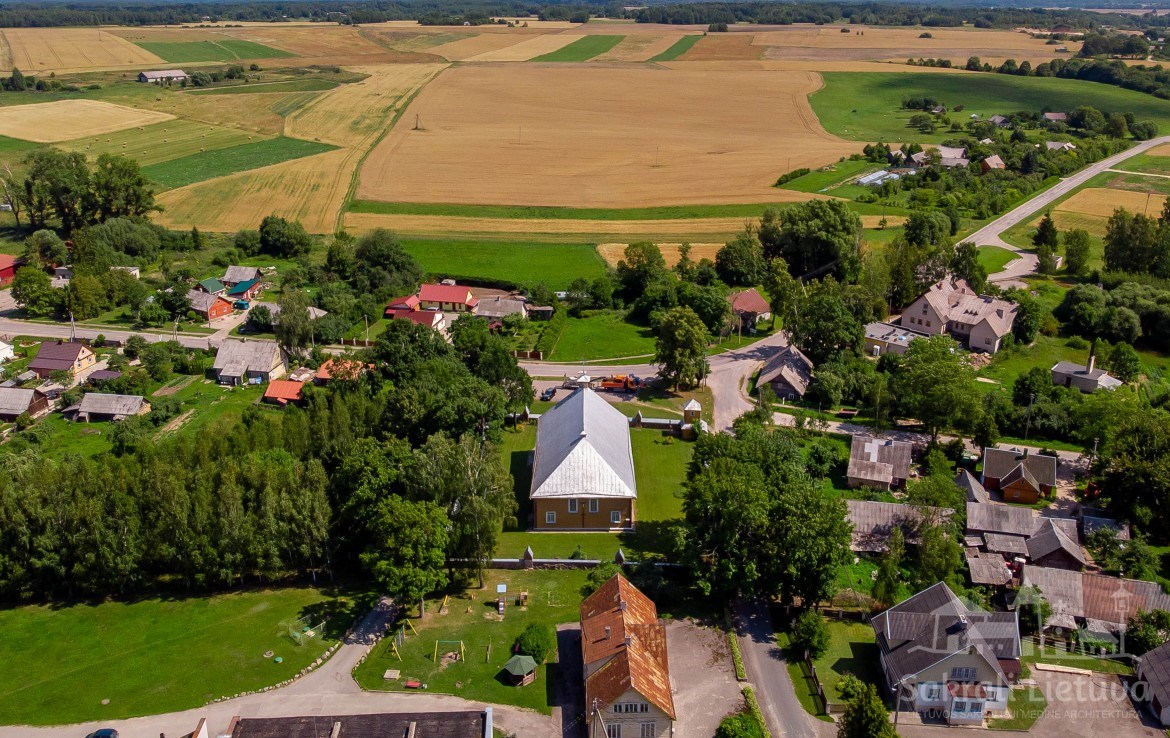 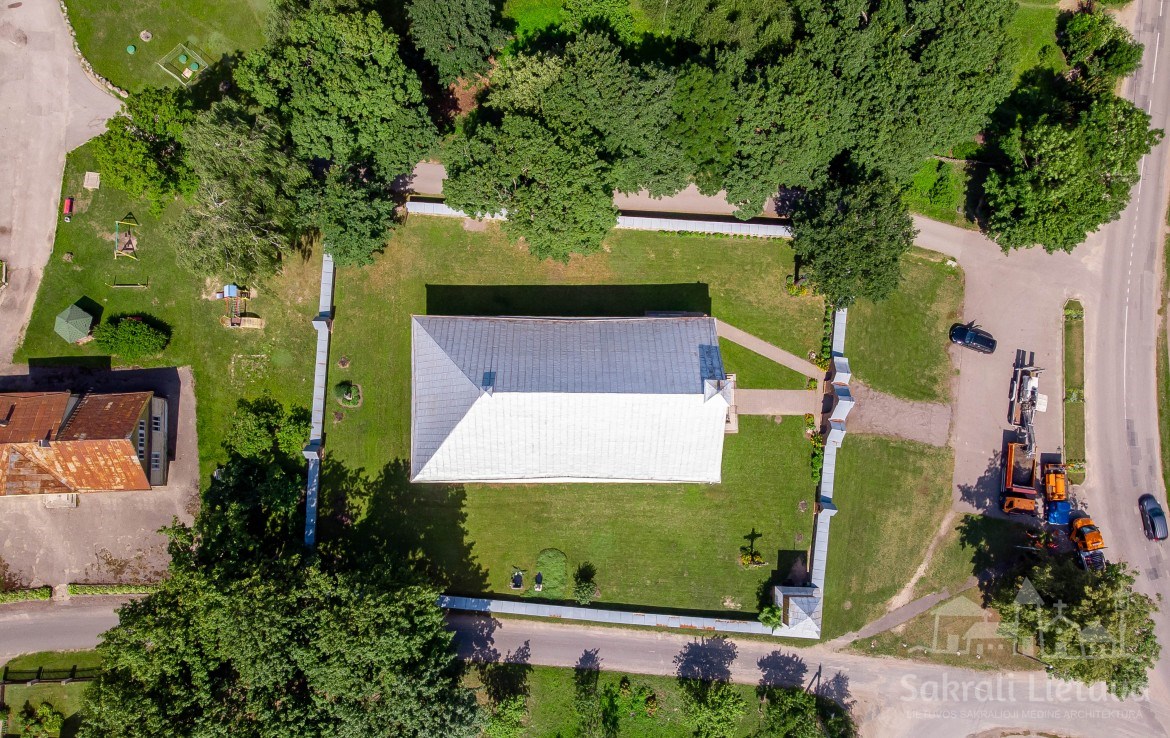 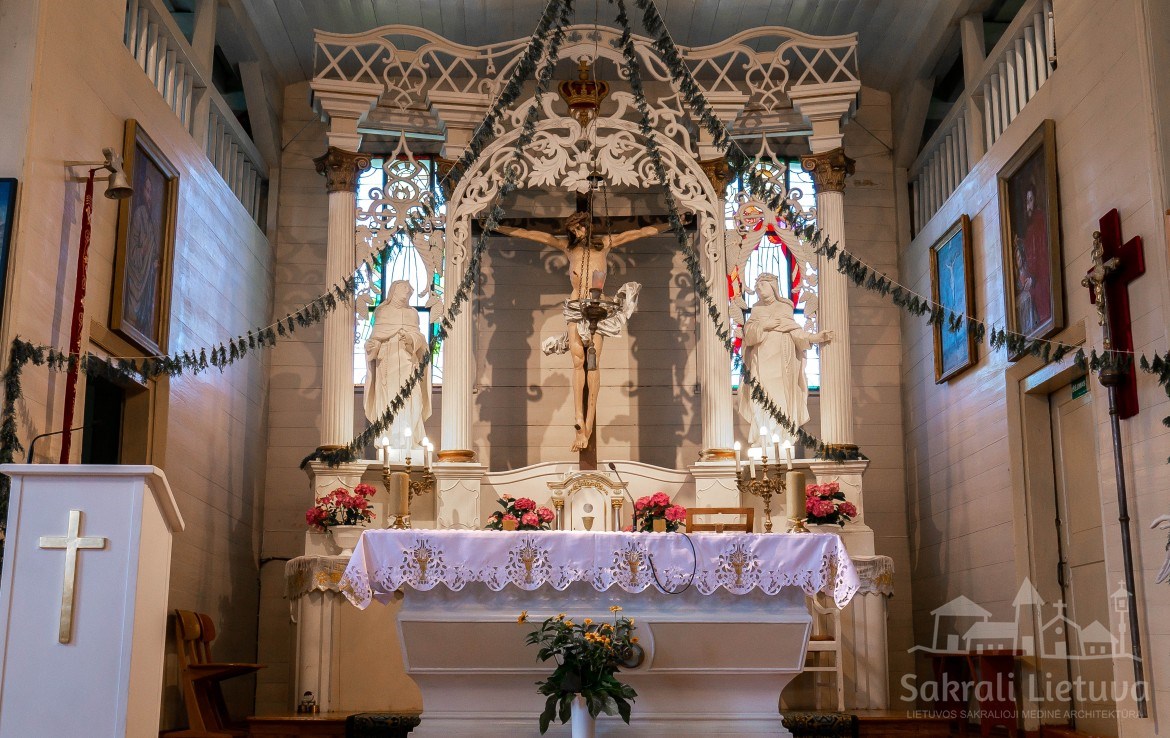 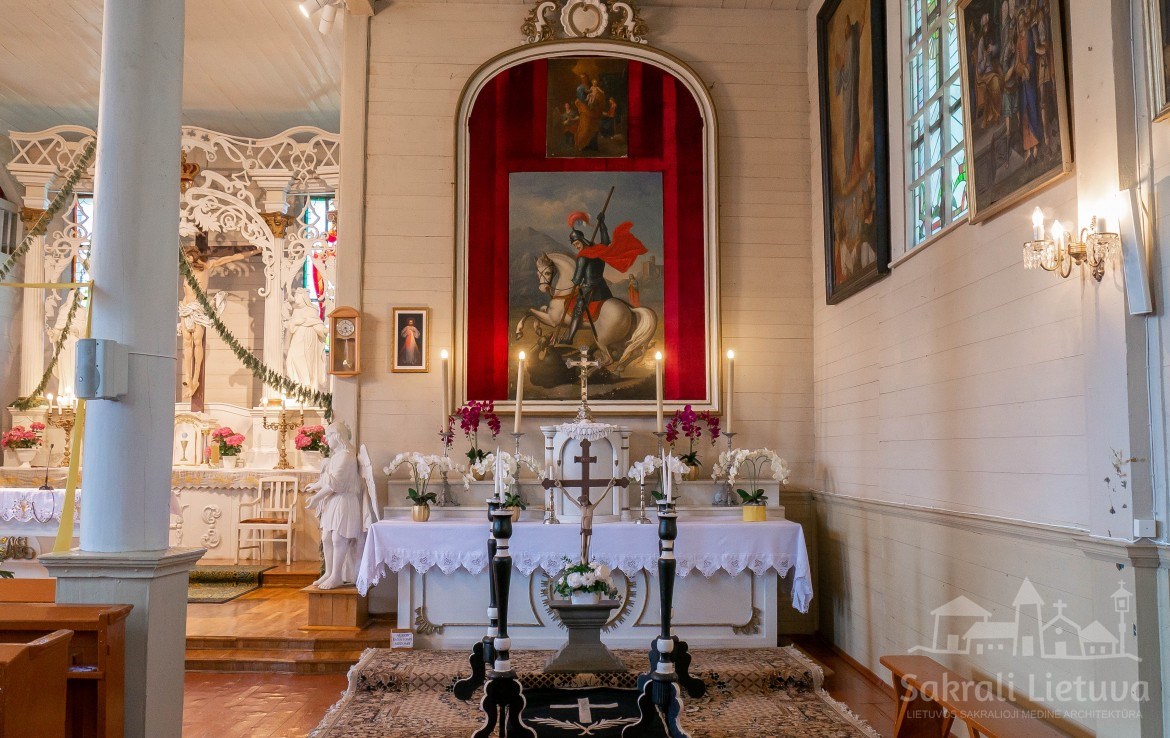 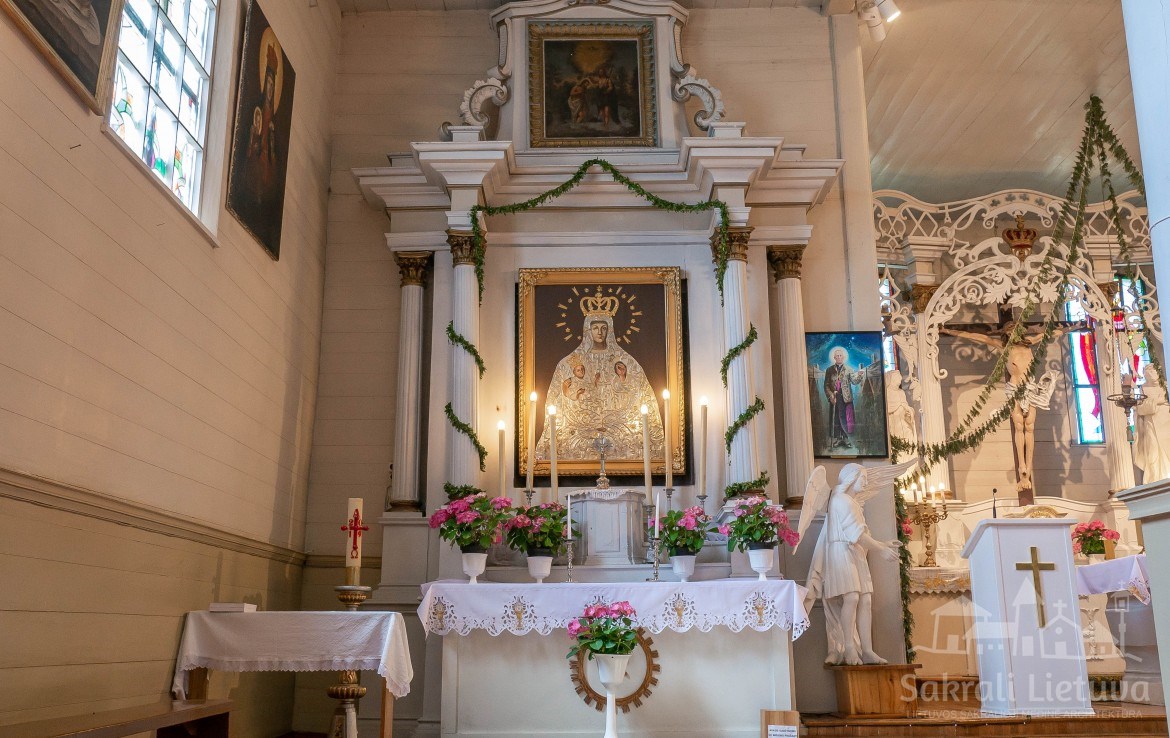 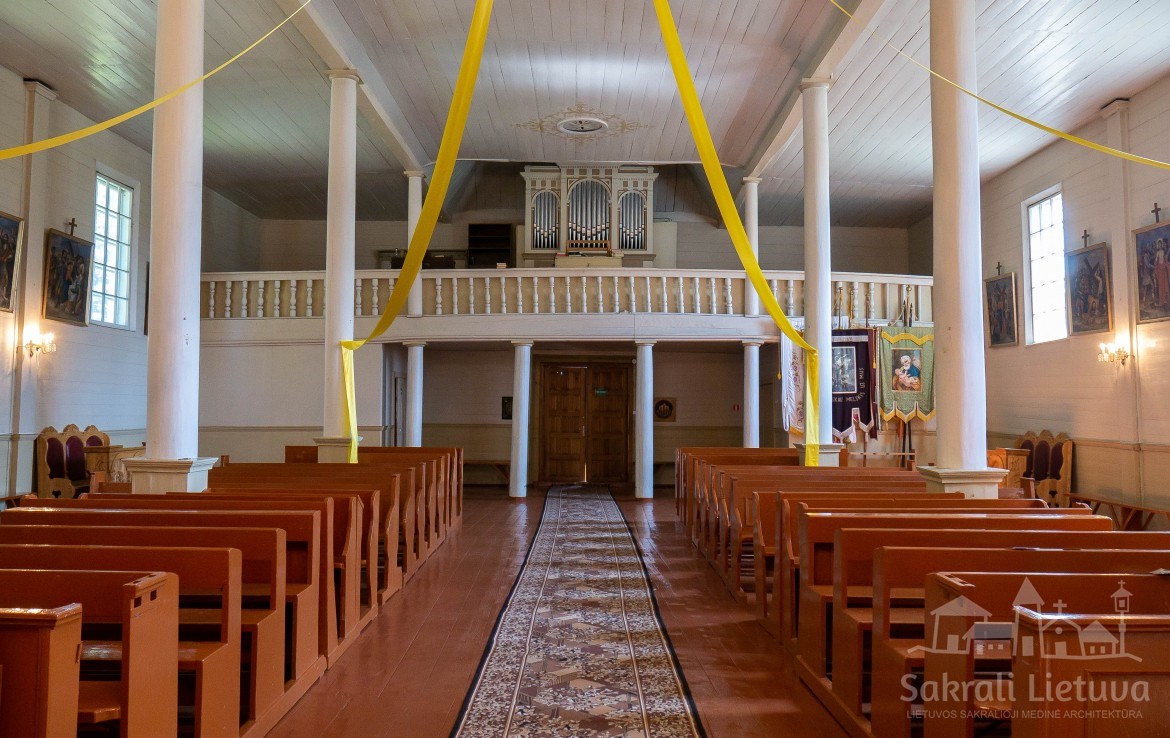 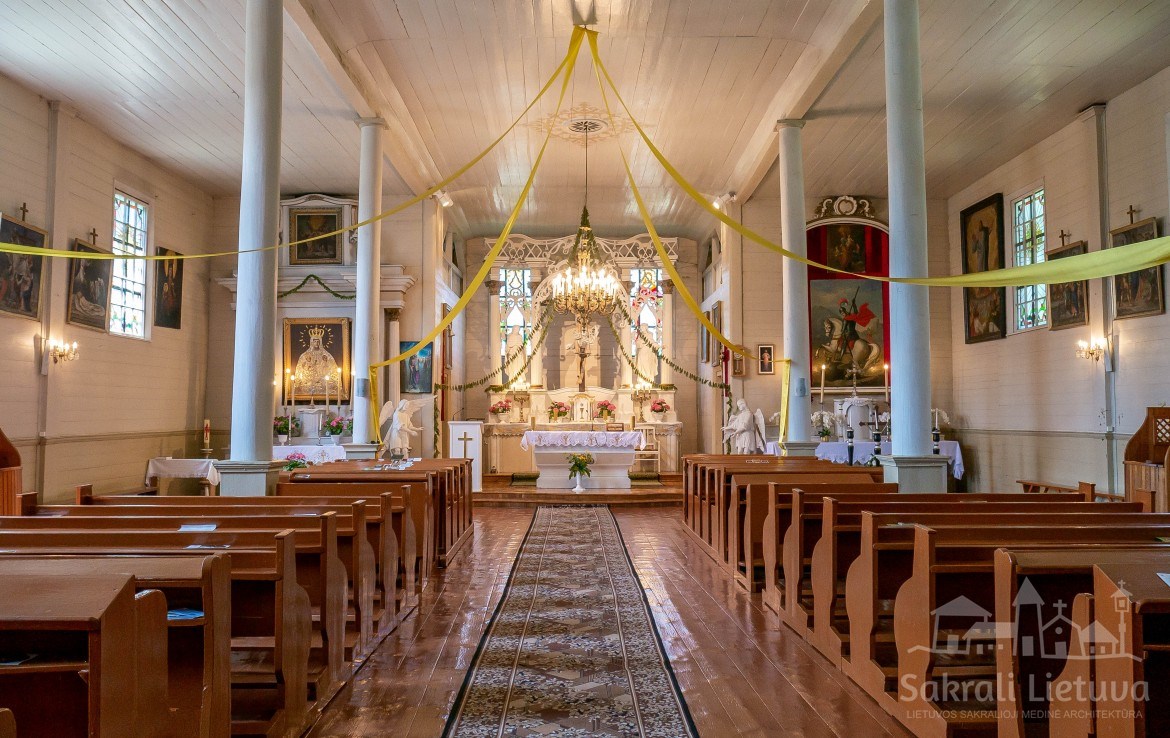 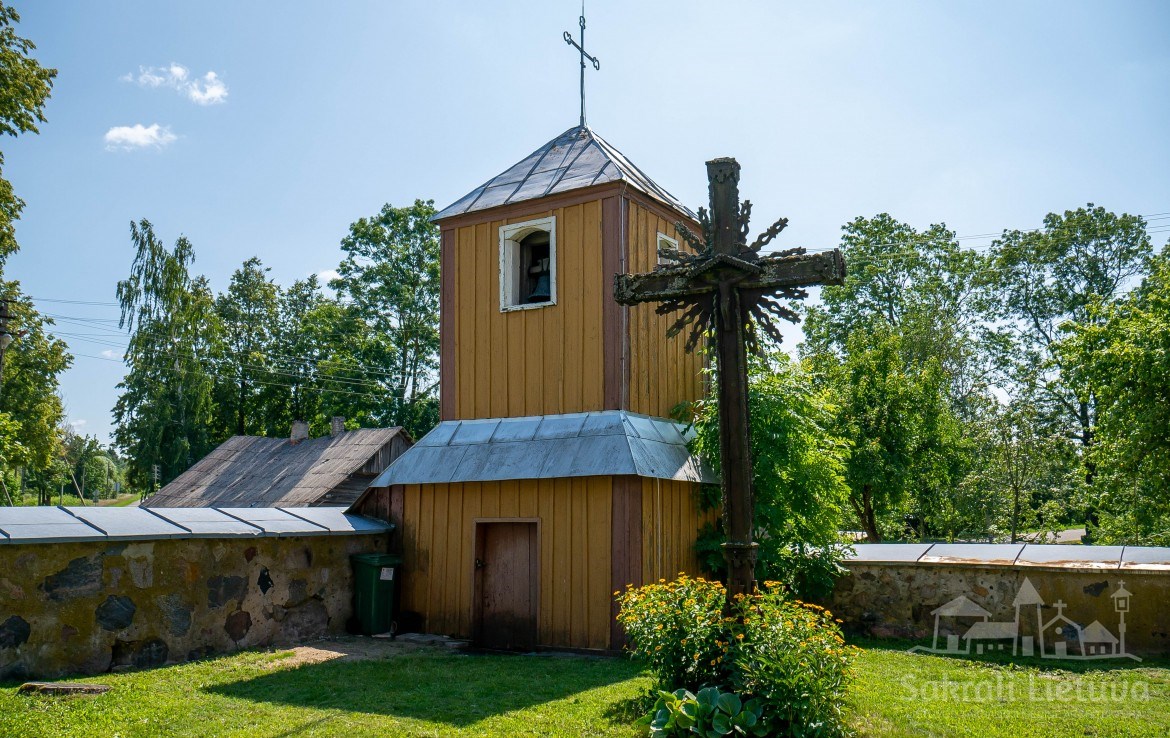 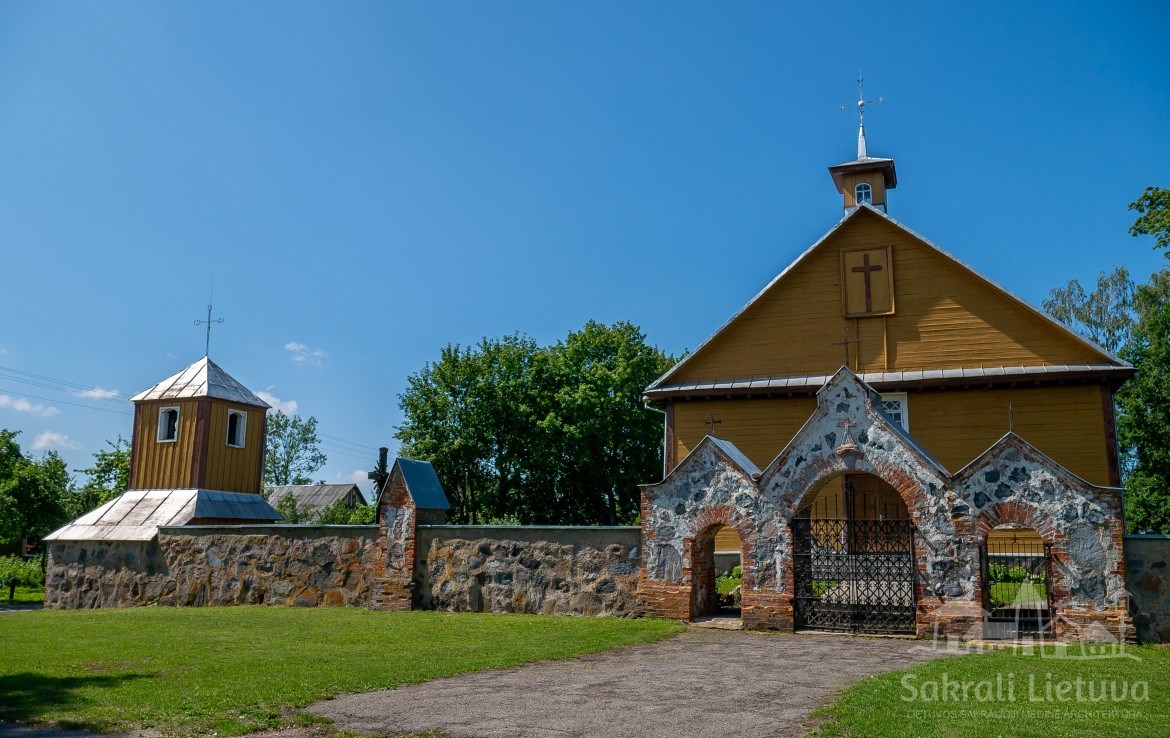 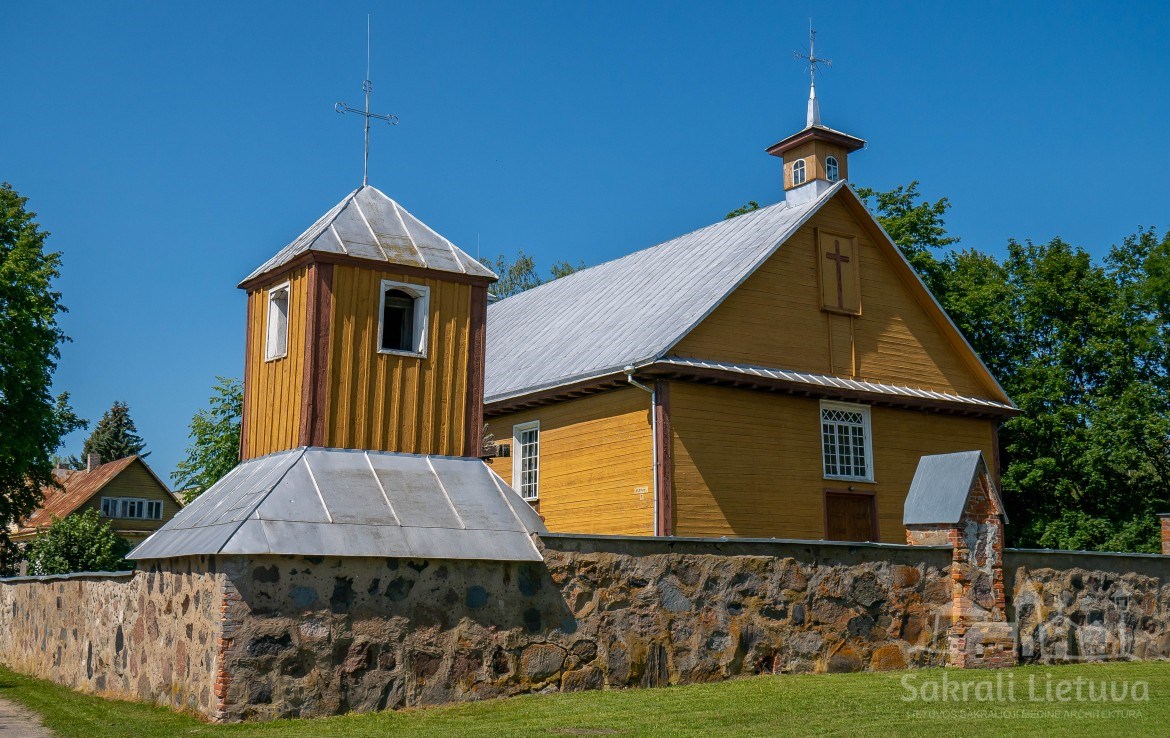 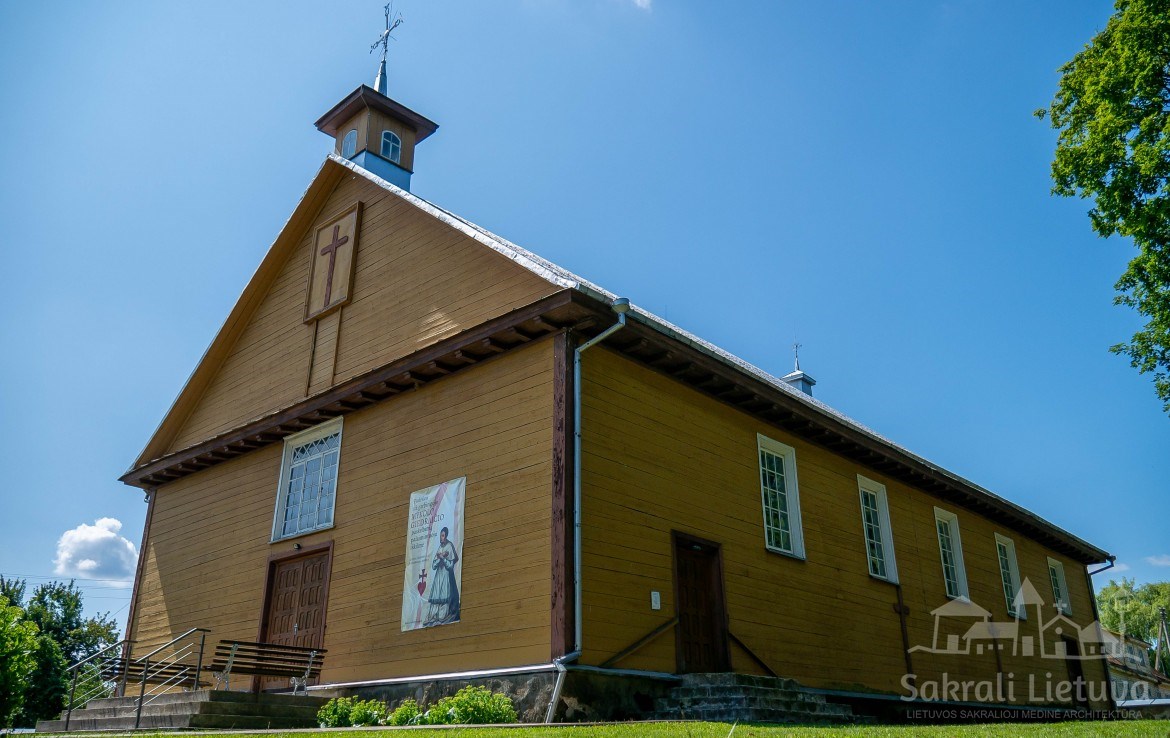 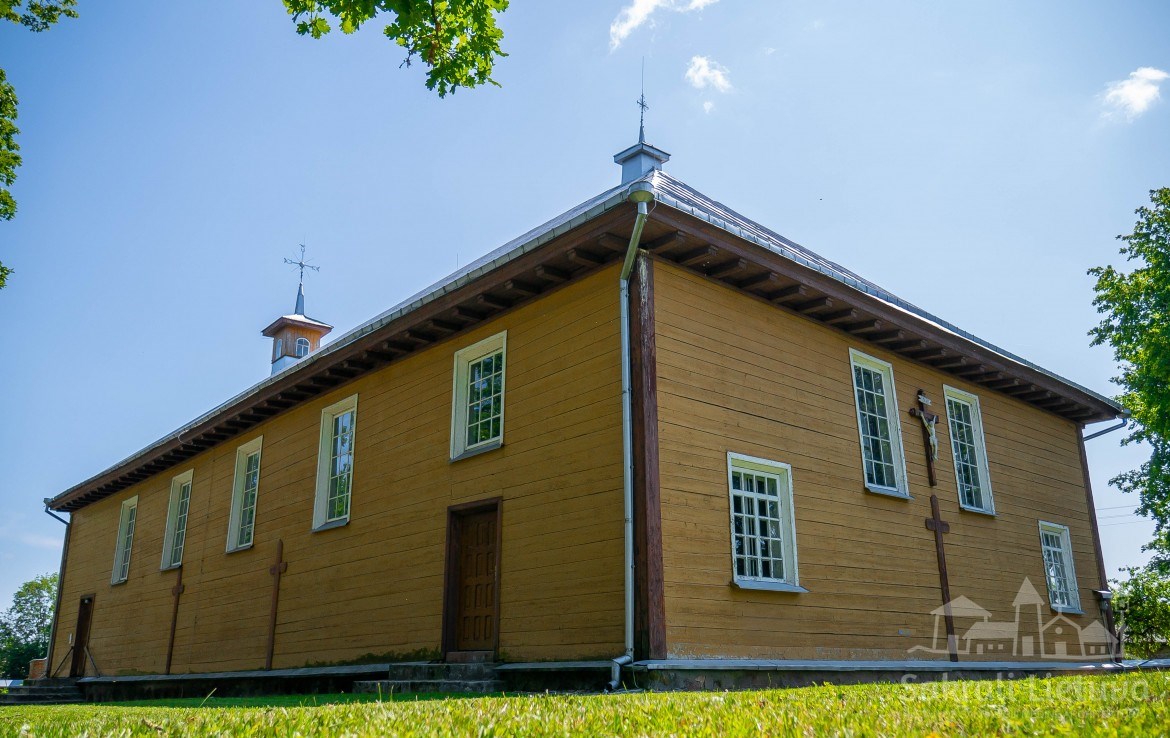 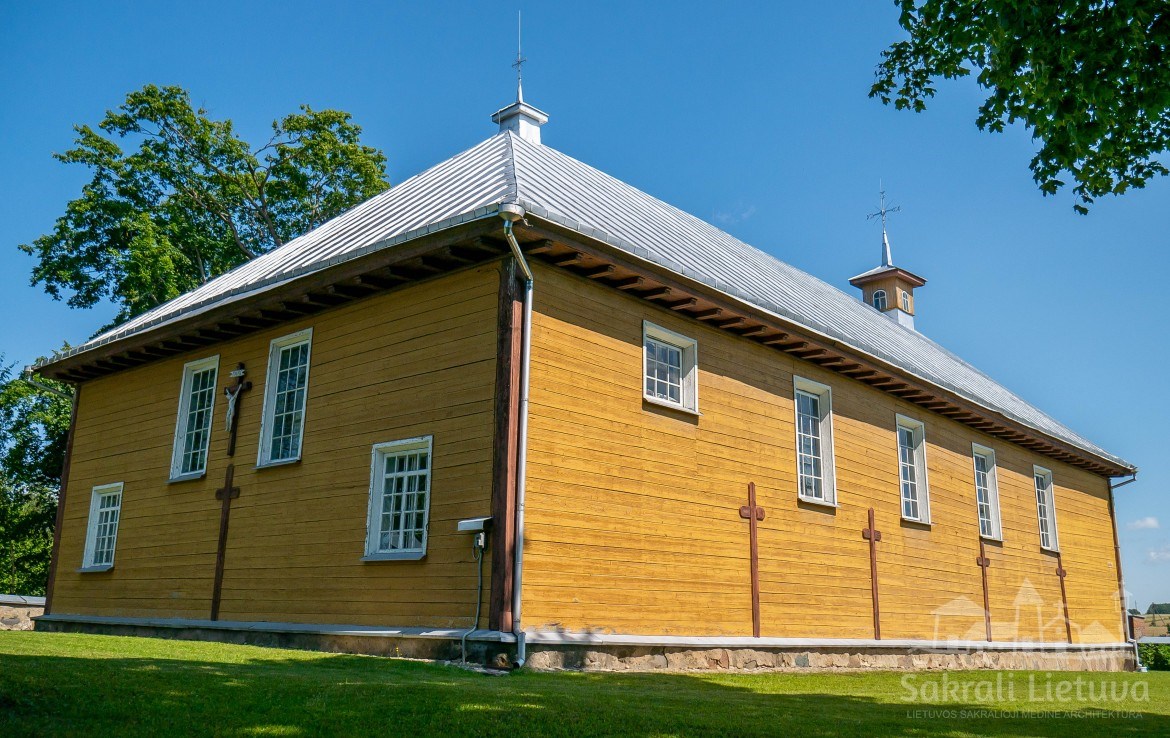 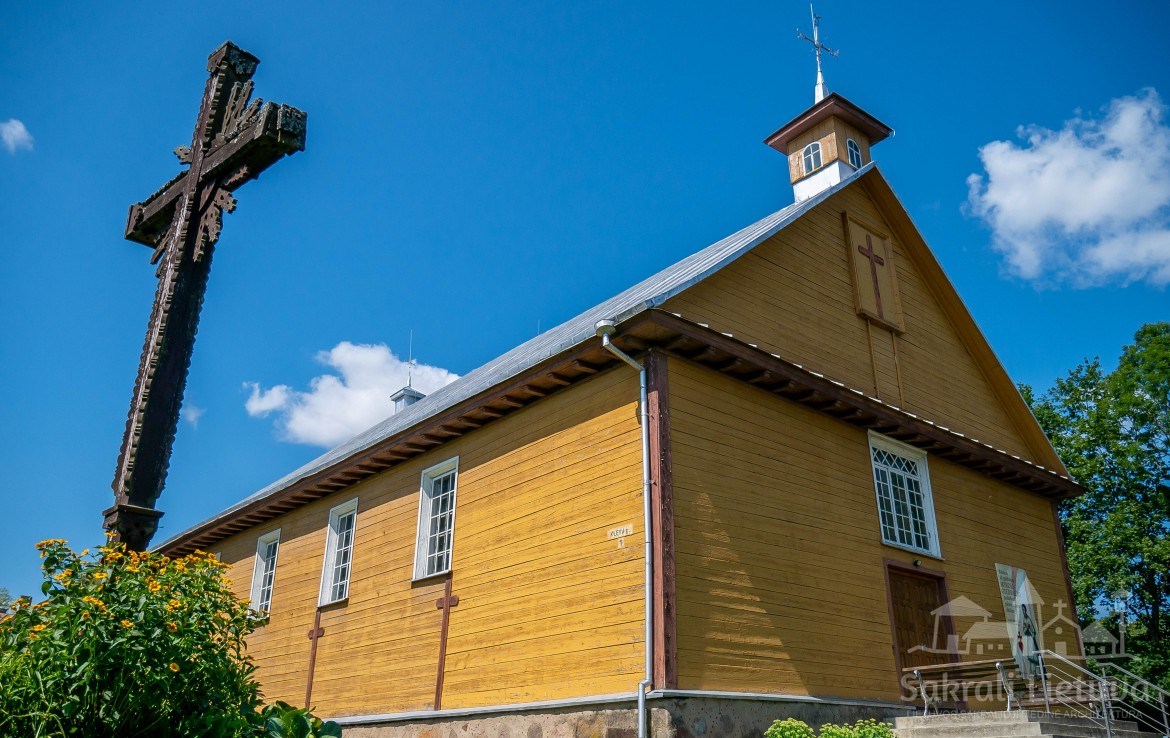