The first wooden church in Žarėnai parish was built in 1629. After more than one hundred years elapsed (in 1750), the church was rebuilt, yet, it has not stood the test of time. Thanks to the care of the devoted dean Juozapas Lomanas, in 1911, the present Žarėnai Church of St. Stanislaus the Bishop was erected.

The new church was built in the style, popular in Samogitia at the time – Neo-Gothic. The expressive main facade imitates Gothic stone architecture. In the central part of the facade, above the two-leaf door, paired ornate pointed arch windows rise. A decorative rosette set up between them means a hint of a rose-window. This creates an impression of a Gothic pointed arch window with a tracery . The middle part of the facade is planked decoratively with slantwise arranged small boards, which in the triangular shield imitate the small arcades . This is another feature of Neo-Gothic. The same type combination of pointed-arch windows with imitation of rosettes and planking reiterates itself in the transept facades. On the sides of the main facade, massive three-tier towers rise. The first tier is planked horizontally, its uniform volume is divided by narrow rectangular windows. The blind second tier is planked with small arch arcades, arranged horizontally. The midline between the second and the third tiers cornices as well as the third tier are planked horizontally. Narrow rectangular paired acoustic openings in the third tier are in contrast with this planking. Cornice bands of the third tier of the towers are adorned with a decor of small squares. Above the summits of the equal towers, octagonal spires with small triangular pediments rise as is characteristic of Gothics. The roofs of the main church volume and the transept are double pitched, tin-plated. The side facades are adorned with paired pointed-arch windows of fine division and fine planking of walls ending with small arches. Neo-Gothic dominates inside the church as well. It reiterates itself not only in the stylistics of altars and organ face, but also in the polychromic paintings on the walls and ceilings.

In the churchyard, a belfry sits that, apparently, has survived into our days since 1853, which makes it being much older than the church. This is a structure of a square plan, having two tiers on the stone basement. The second tier raised on the roof of the first one is much narrower and has a pyramid canopy. On the first tier, a pediment, separated by an awning with a semi-round arch fanlight, is set up. The belfry is planked vertically, joints between the planks are covered with ingots. The churchyard is surrounded with a fence, bricked out from field boulders, and the same type arch gate of three parts. The poles of the arches end with hip-roof type canopies tin-plated. 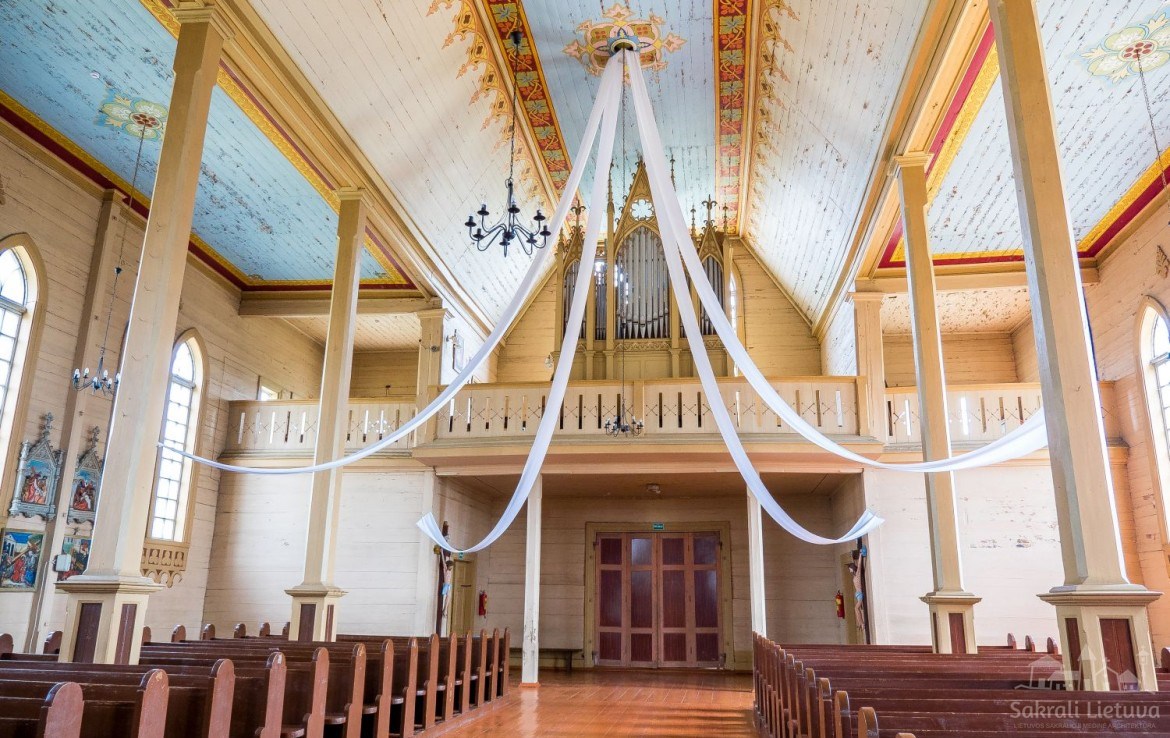 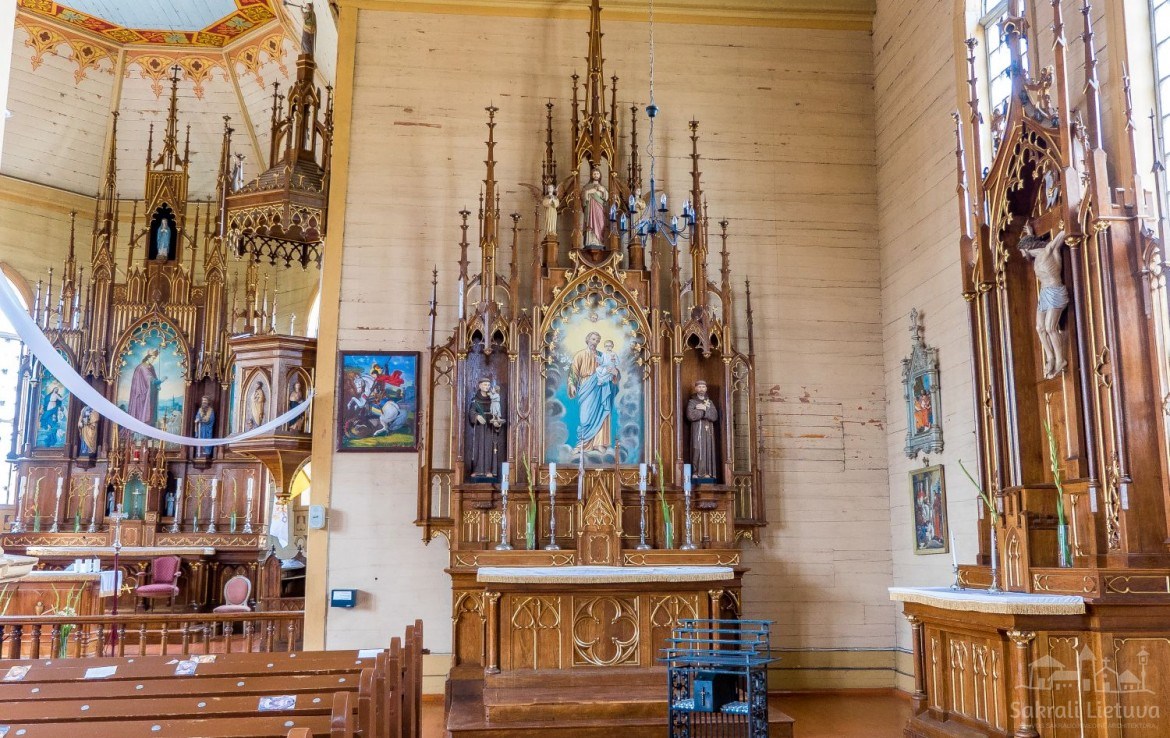 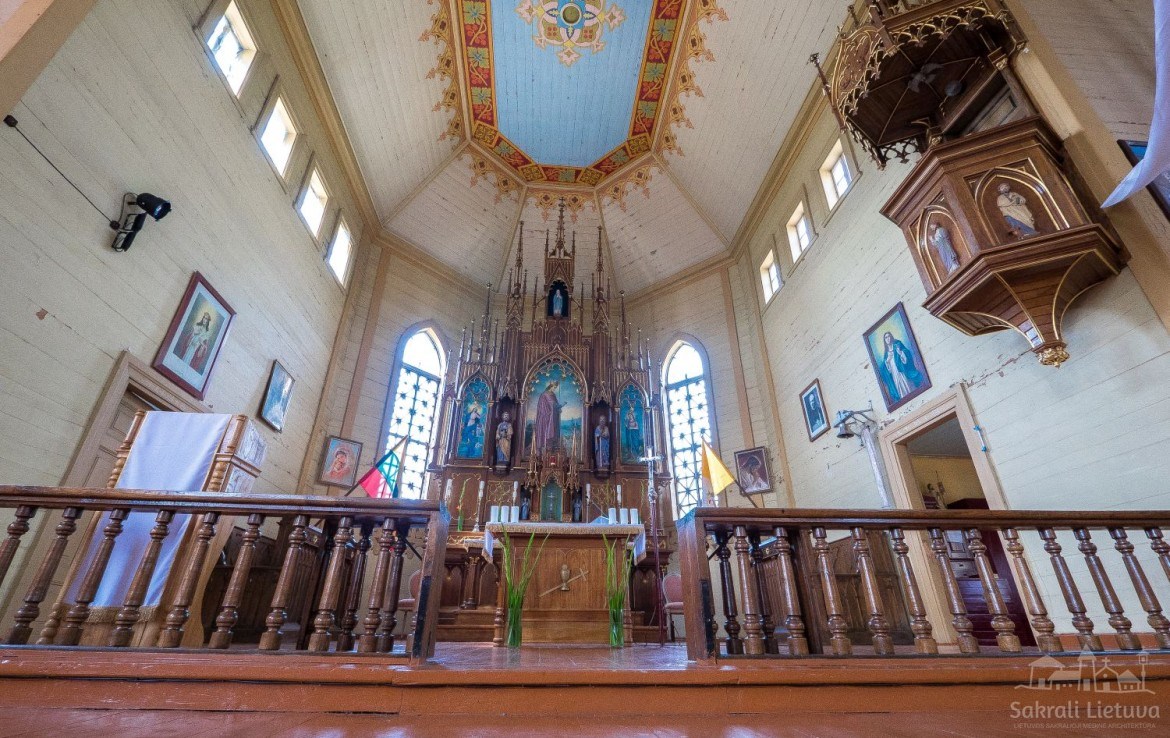 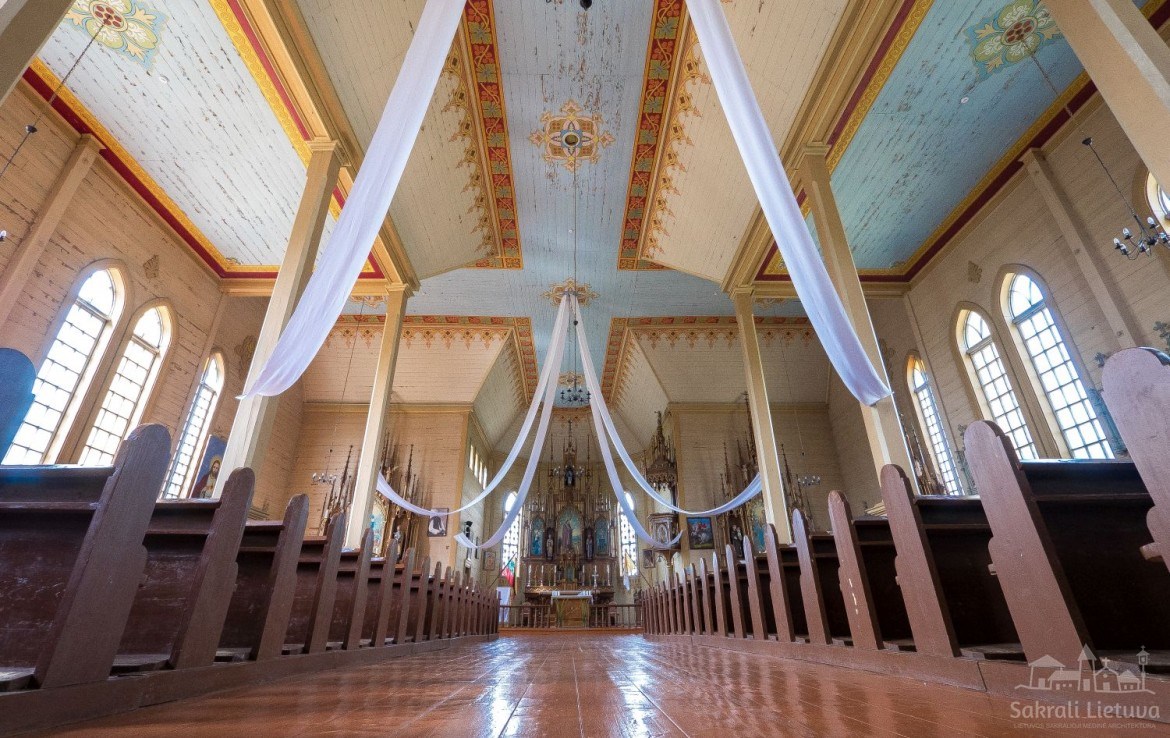 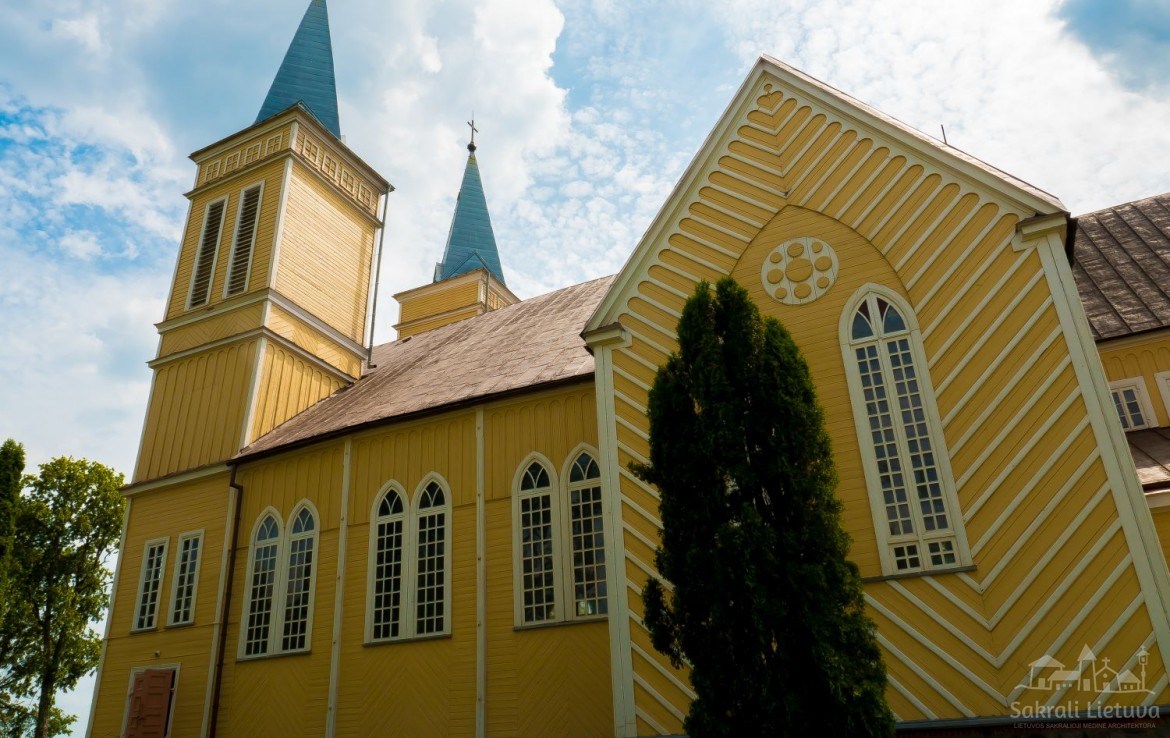 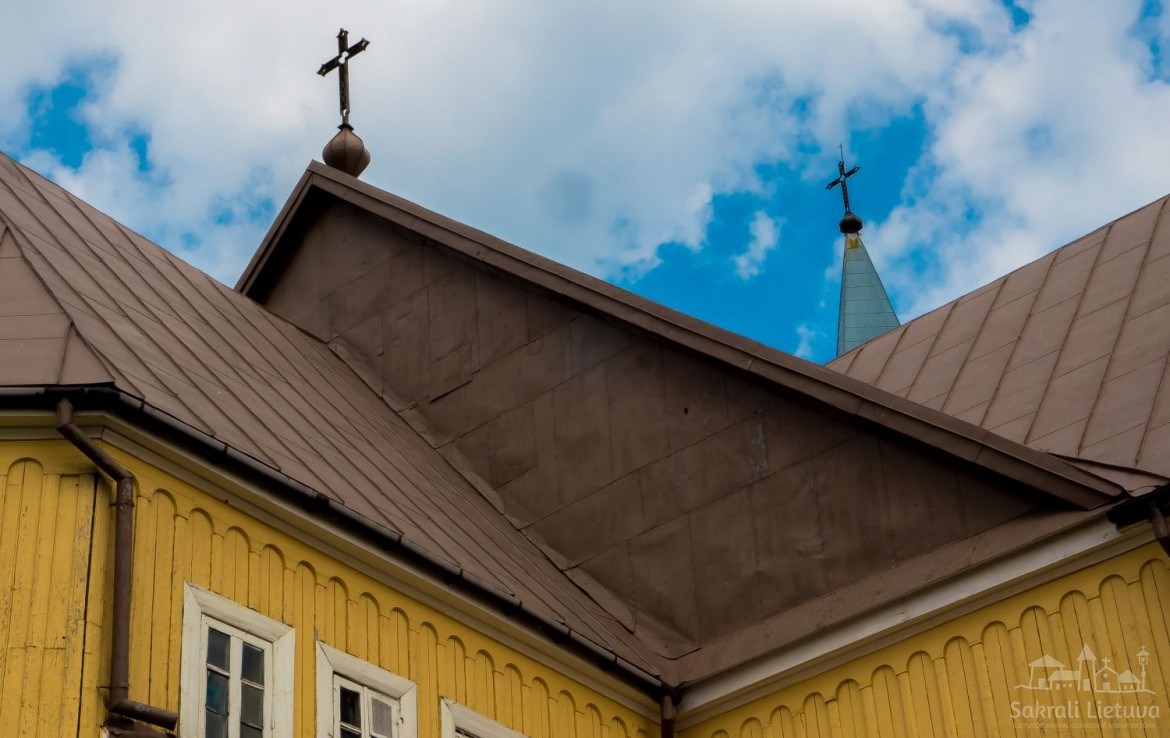 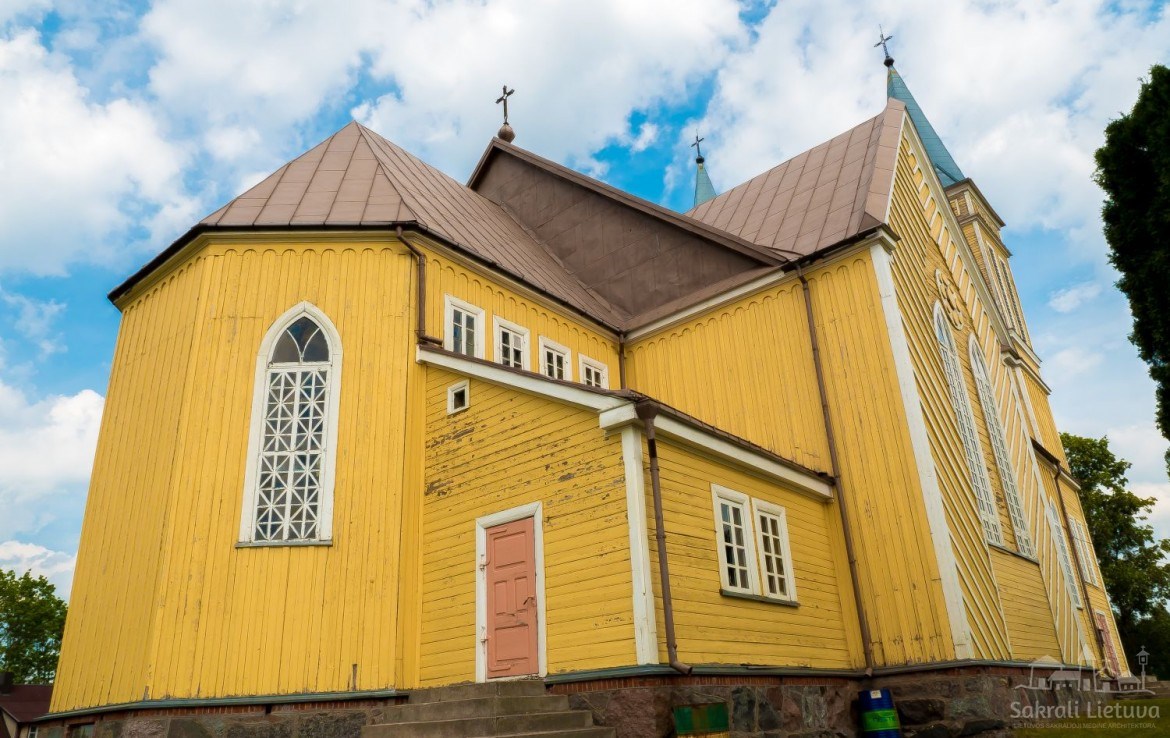 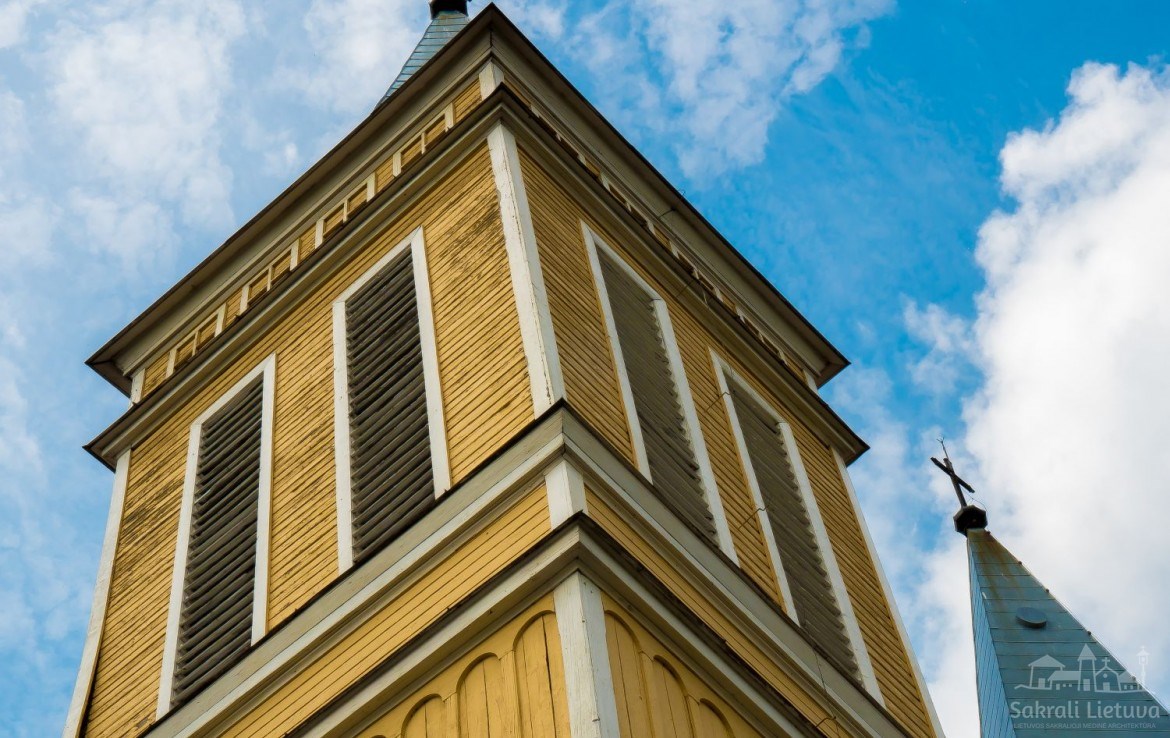 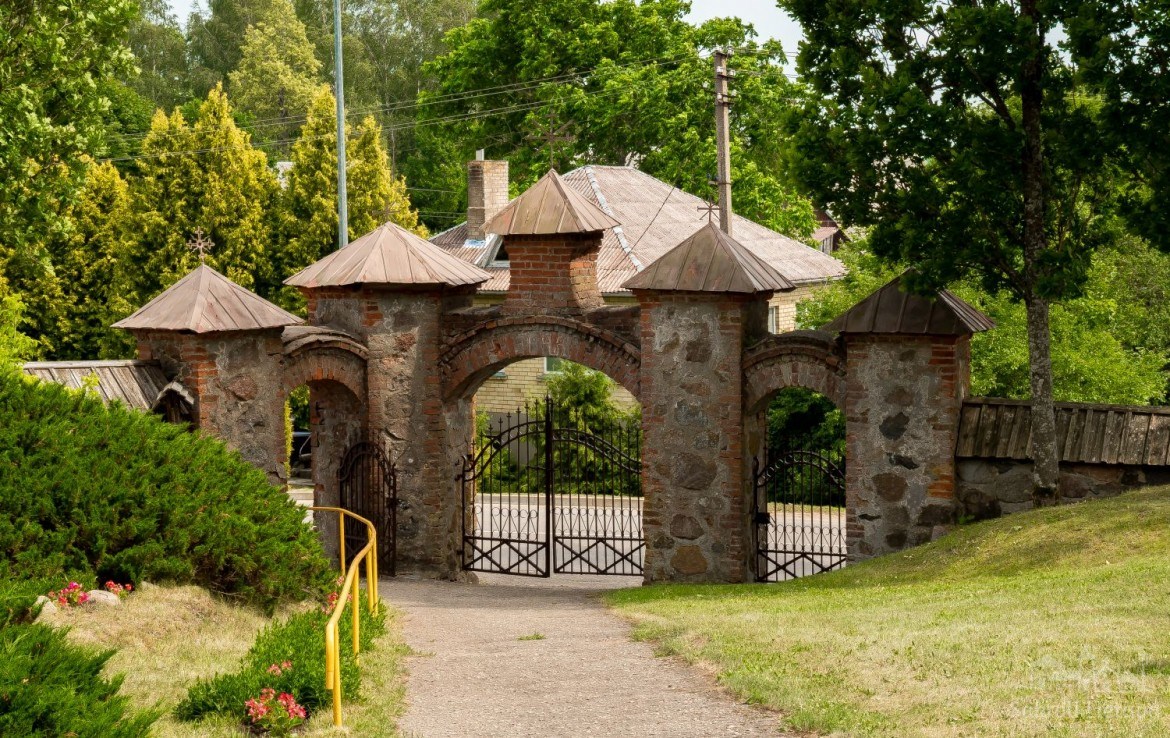 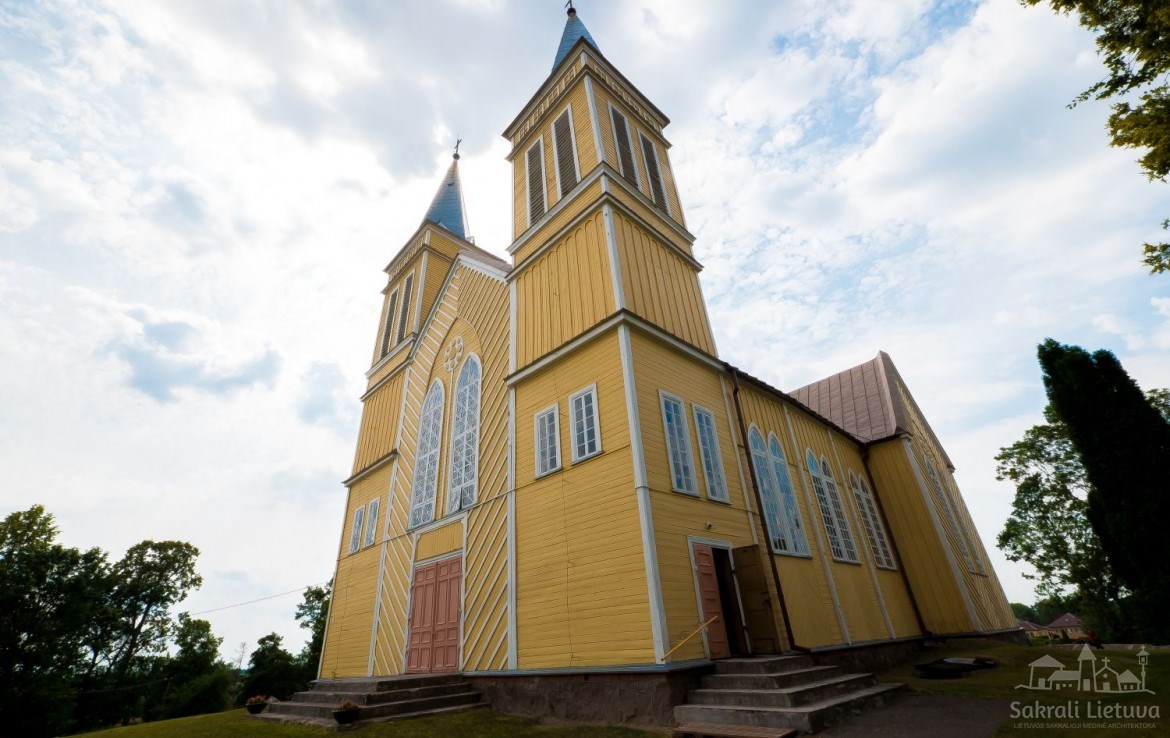 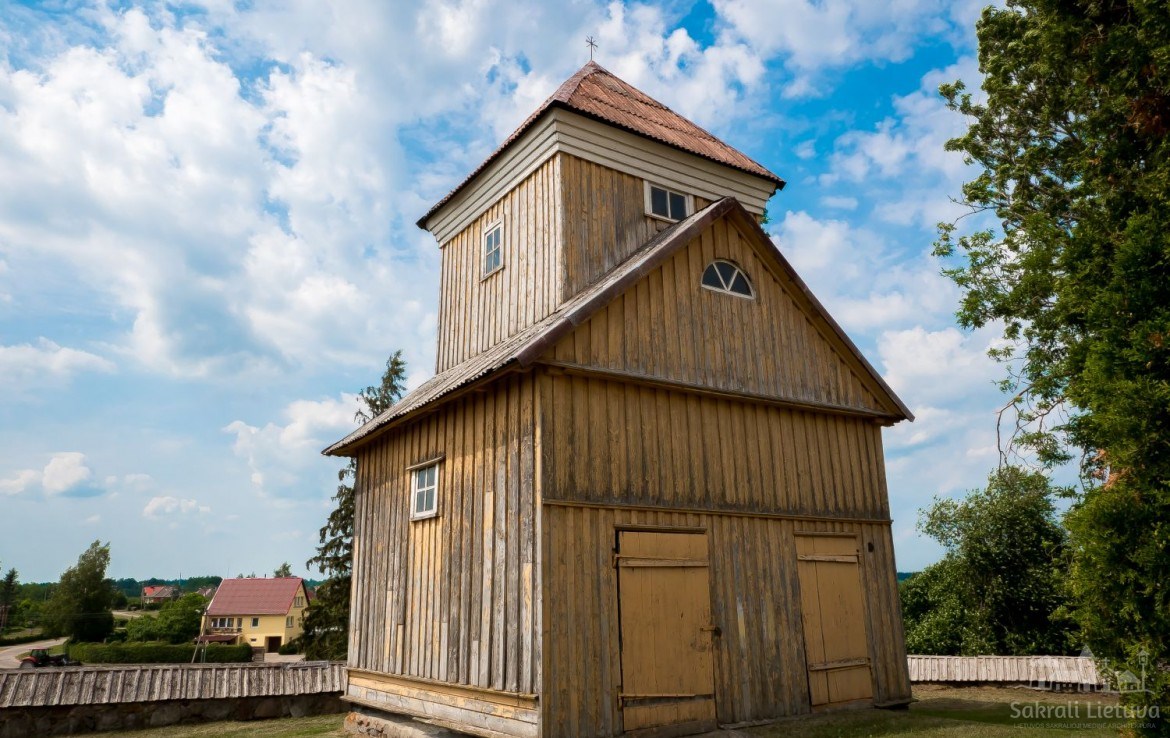 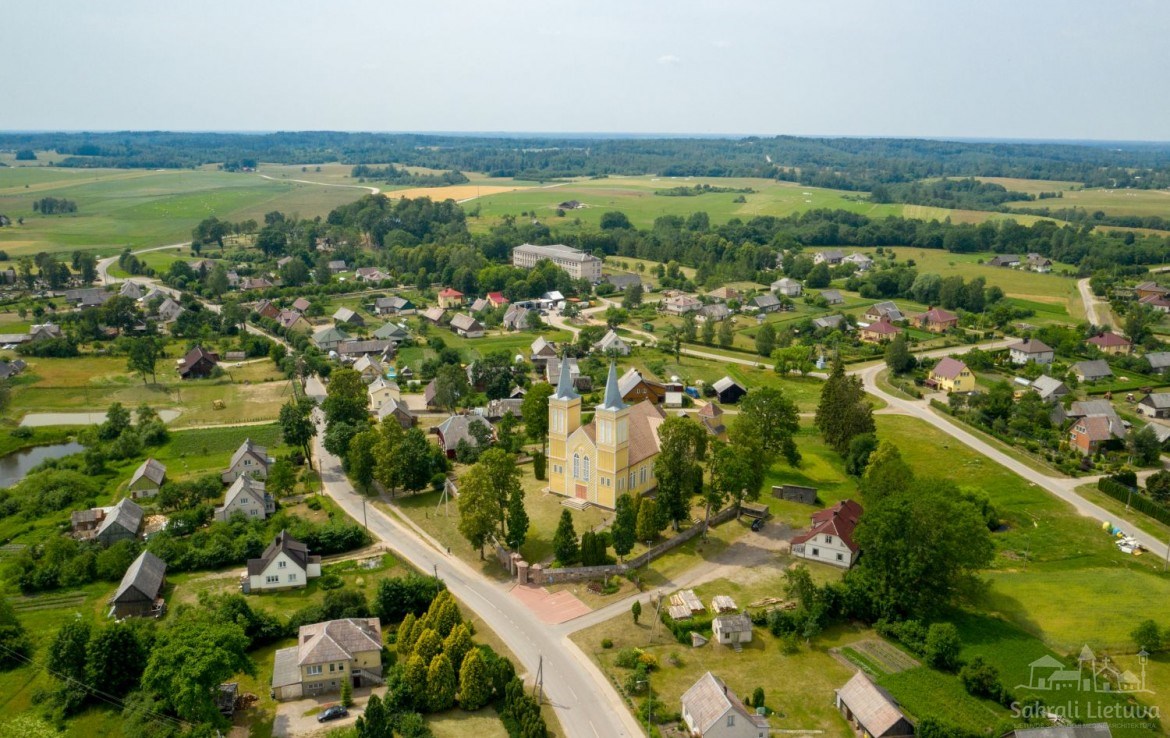 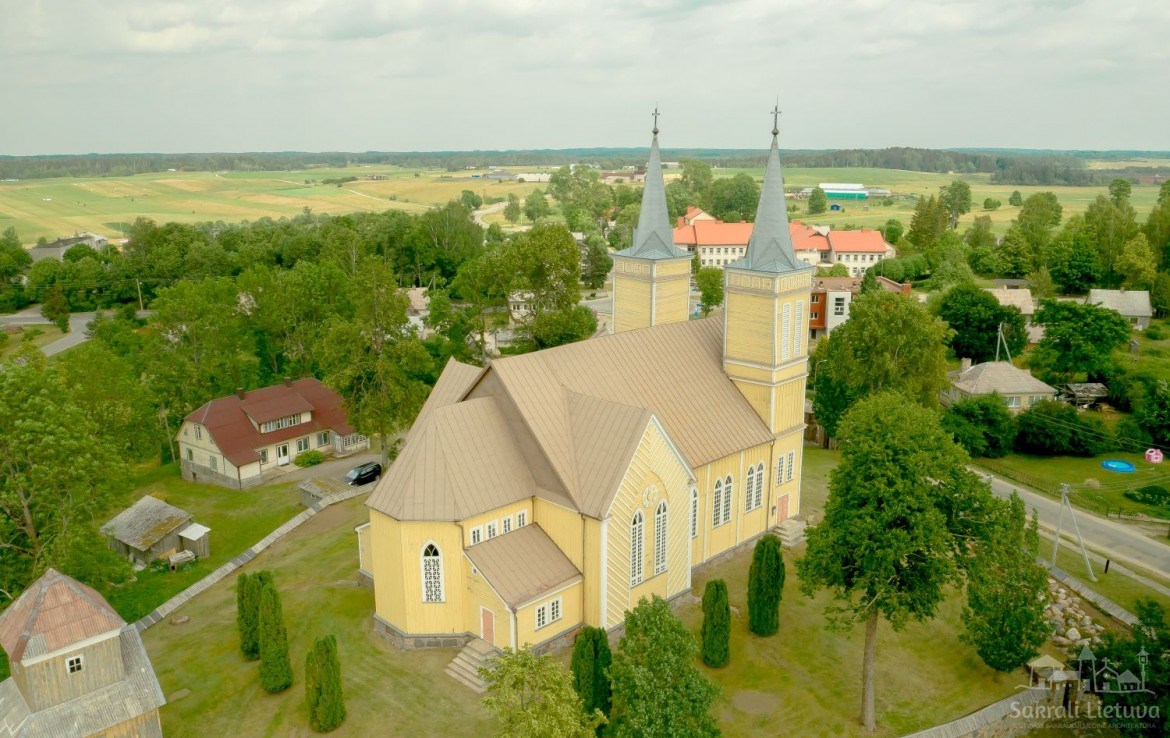 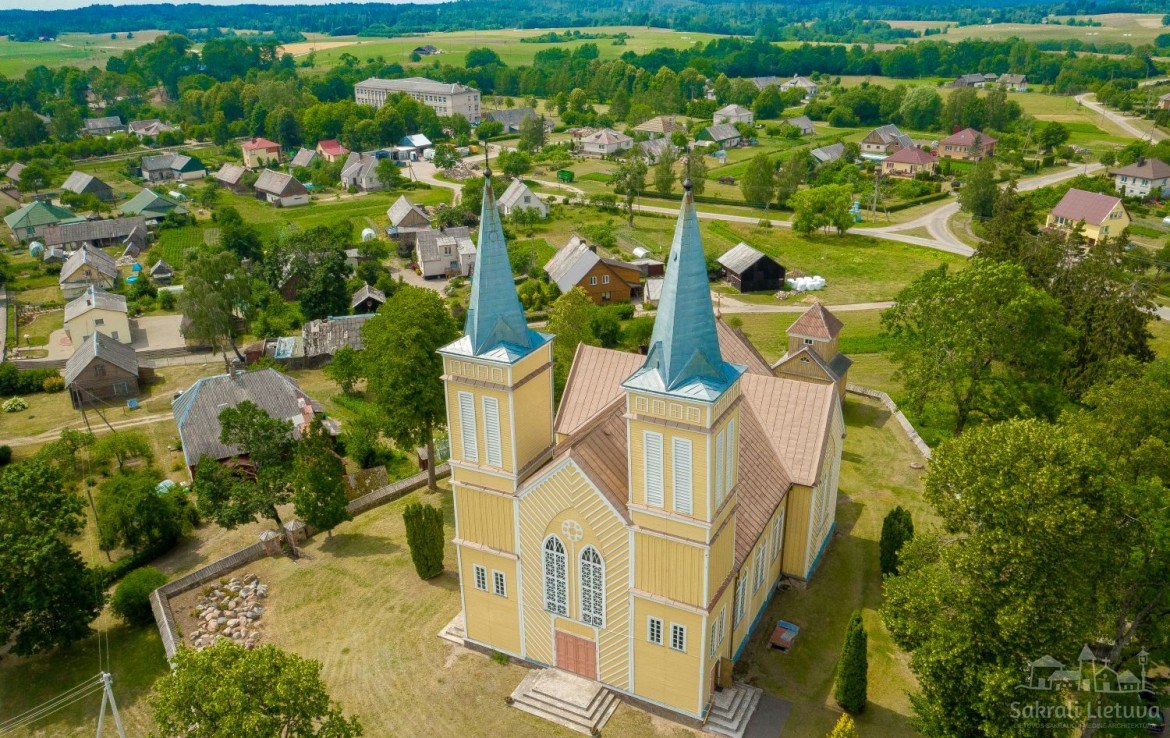 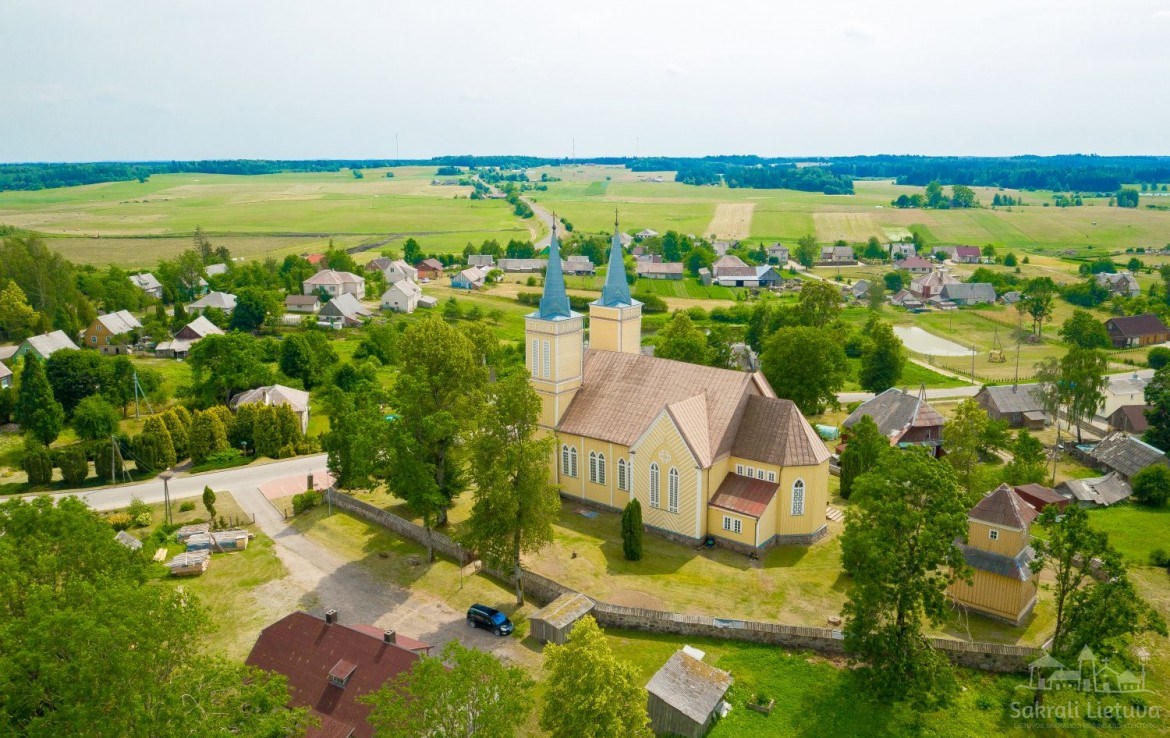 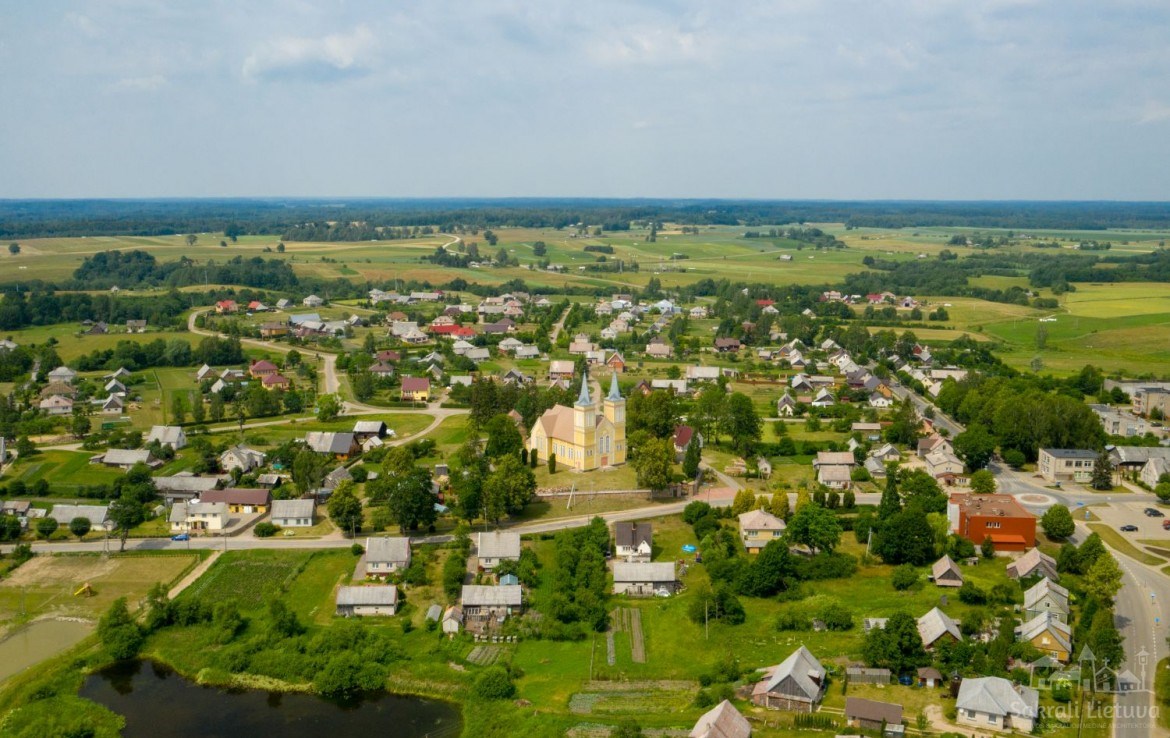