The parish in Vandžiogala was founded as far back as the beginning of the 17th century. The owners of Vandžiogala estate financed the building of the church. Historical sources mention as many as two foundations by the Marshal of Kaunas powiat Jonas Karolis Rostovskis to the church providing for financing the building itself and the basement under the high altar where Rostovskis had to be buried. At the end of the 18th century that Church was in a state of complete neglect, later, after it had burned down, a temporary one was built. The current Church on the left bank of the Urka River was built in 1830. In 1880, a tower with a belfry was built in the churchyard.

The Church is built in a folk architecture style, of a rectangular plan with a three-wall apse that is narrower than the nave. There is a tall three-tier tower of a quadrangular foundation with an octahedral turret in the main façade. Each tier of the tower ends in a pent roof, which is characteristic of folk architecture. There are ornamented crosses on the top of the tower and on the pompous pedestal over the presbytery. The Church is lined with vertical boards, ornamented vergeboards surround the building across the whole parameter in the loft, and a profiled cornice surrounds each tier of the tower under the pent roof. The Church has arch windows of decorative fine segmentation, the door is rectangular, herring-boned.

There are three altars in the church. The high altar contains a cross with the famous miracle-working sculpture of the Crucifix, which is surrounded by a lot of signs of gratitude – votive offerings. On the other side of the altar there is also a well-known wooden sculptural composition – the Pieta. It is thought that these two sculptures were saved from the earlier Church of Vandžiogala during the 1817 fire.

A two-tier belfry of a quadrangular foundation of a similar stylistics stands next to the Church. Its first tier, like that of the Church spire, ends in a pent roof, the second one ends in an iron four-sided sloping roof. The top is crowned with a spire with an ornamented cross. There are paired acoustic openings in the second tier. An especially old and valuable bell cast as far back as 1721 is preserved in the belfry. Two identical opus pectorium chapels stand on both sides of the Church.

The following participants in the 1831 and 1863 uprisings are buried in the graveyard next to the Church: Chmielevskis, brothers Dackevičiai, brothers Vilkevičiai and the ancestors of the Nobel Prise winner writer Czesław Miłosz, including his grandfather Eugene Edward Arthur Miłosz, a participant in the 1863 uprising. He was one of the prototypes of the characters in the book The Issa Valley by Czesław Miłosz. 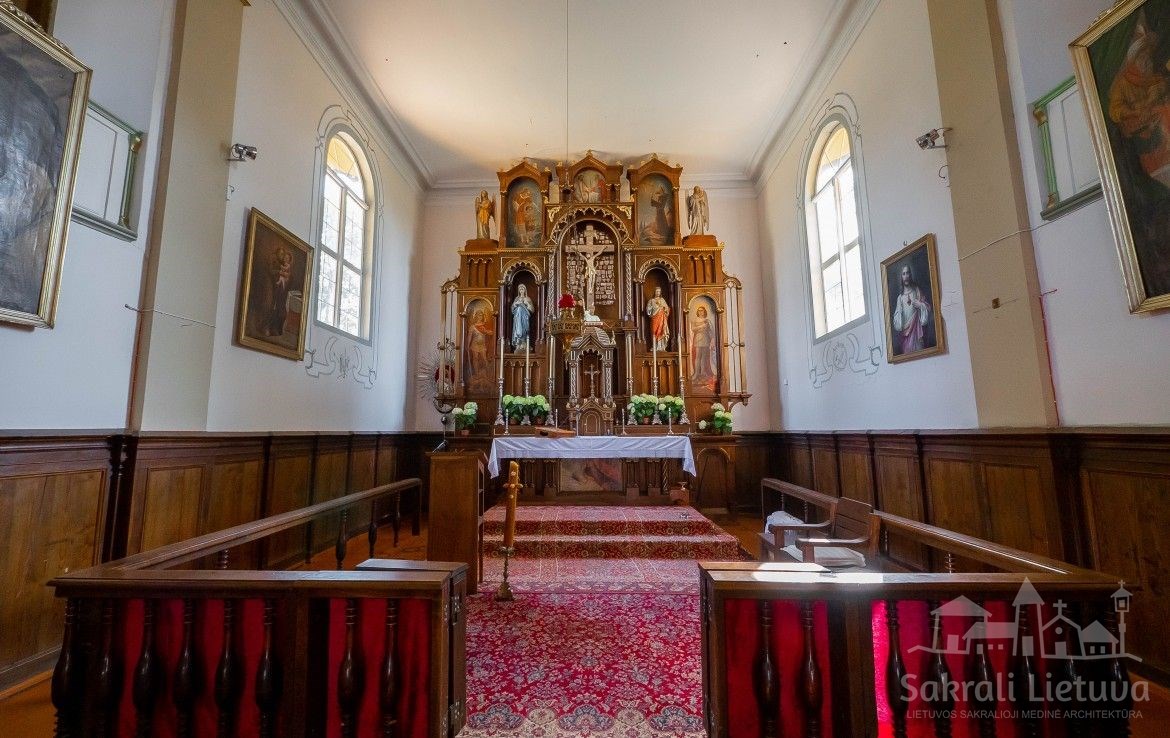 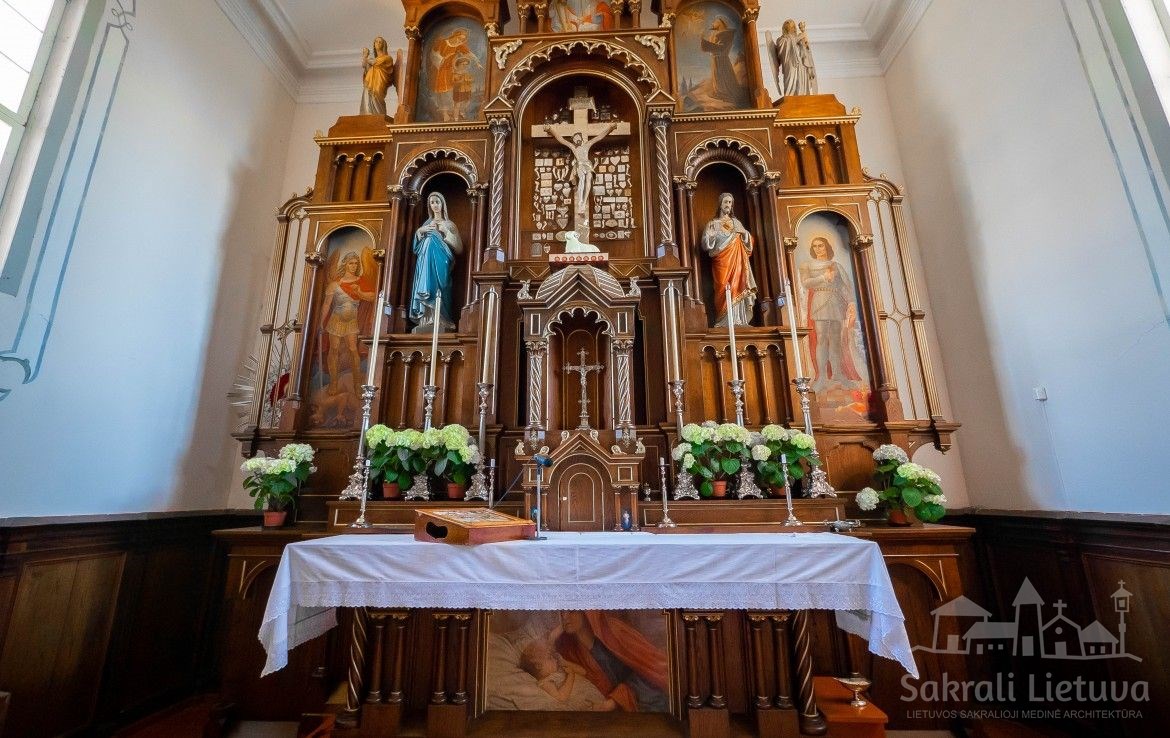 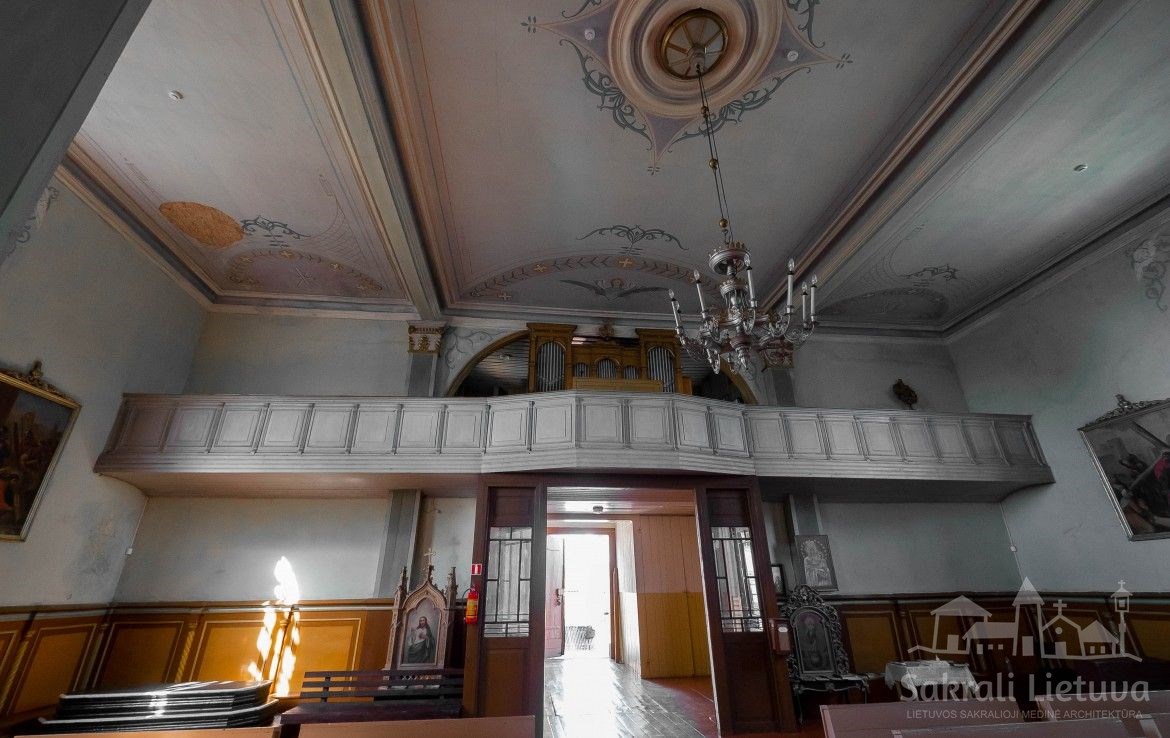 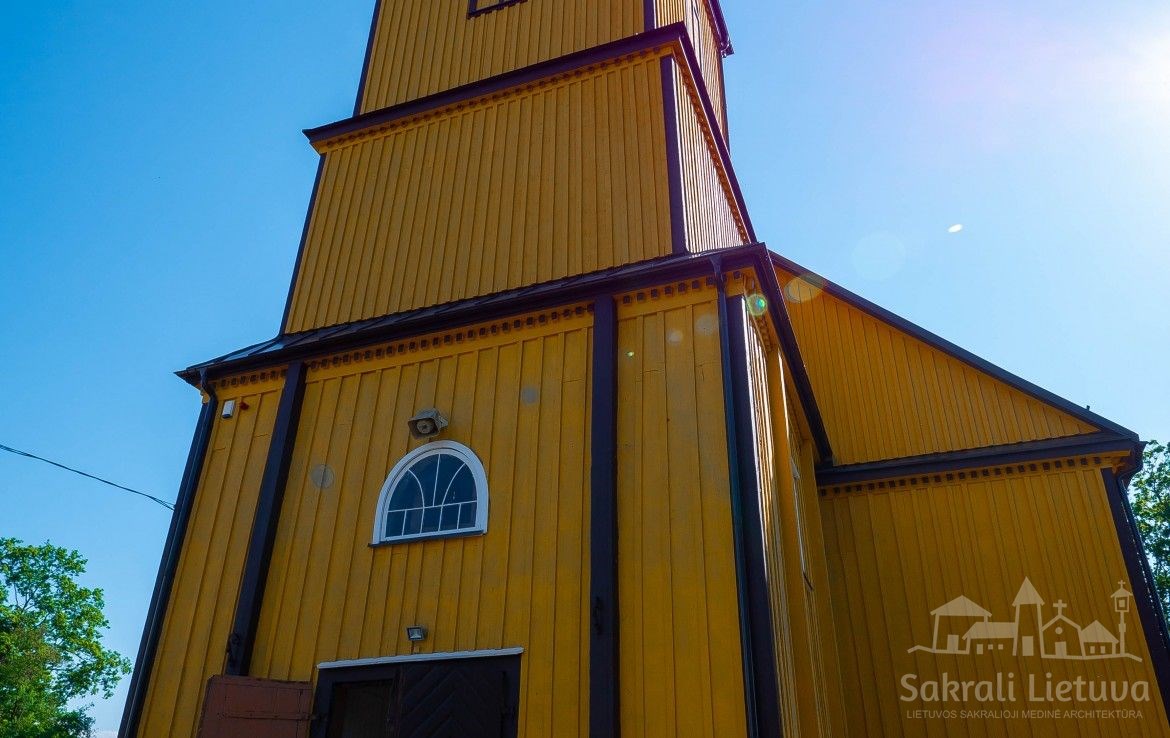 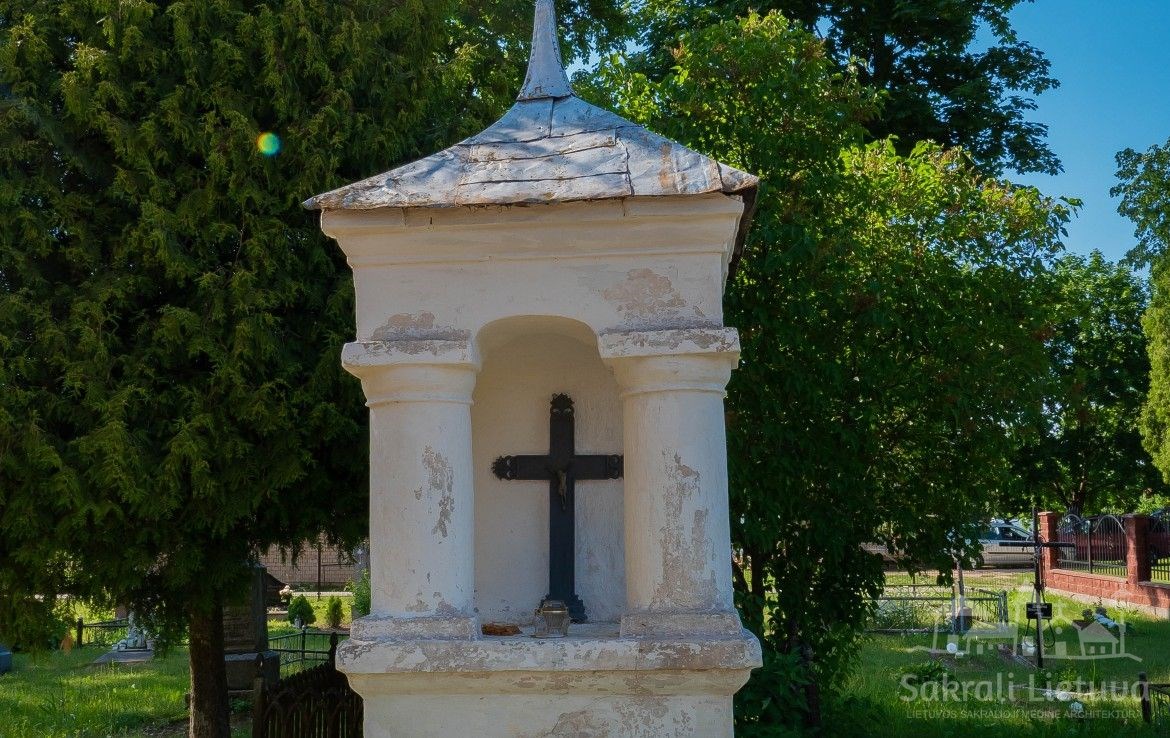 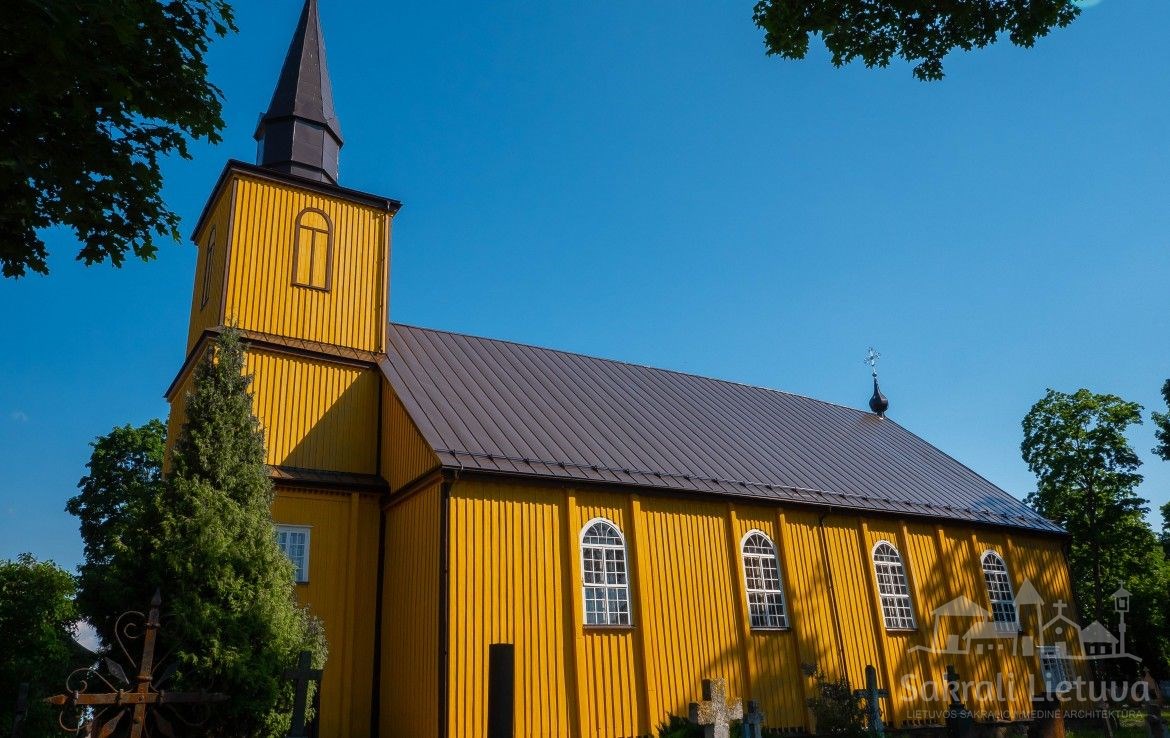 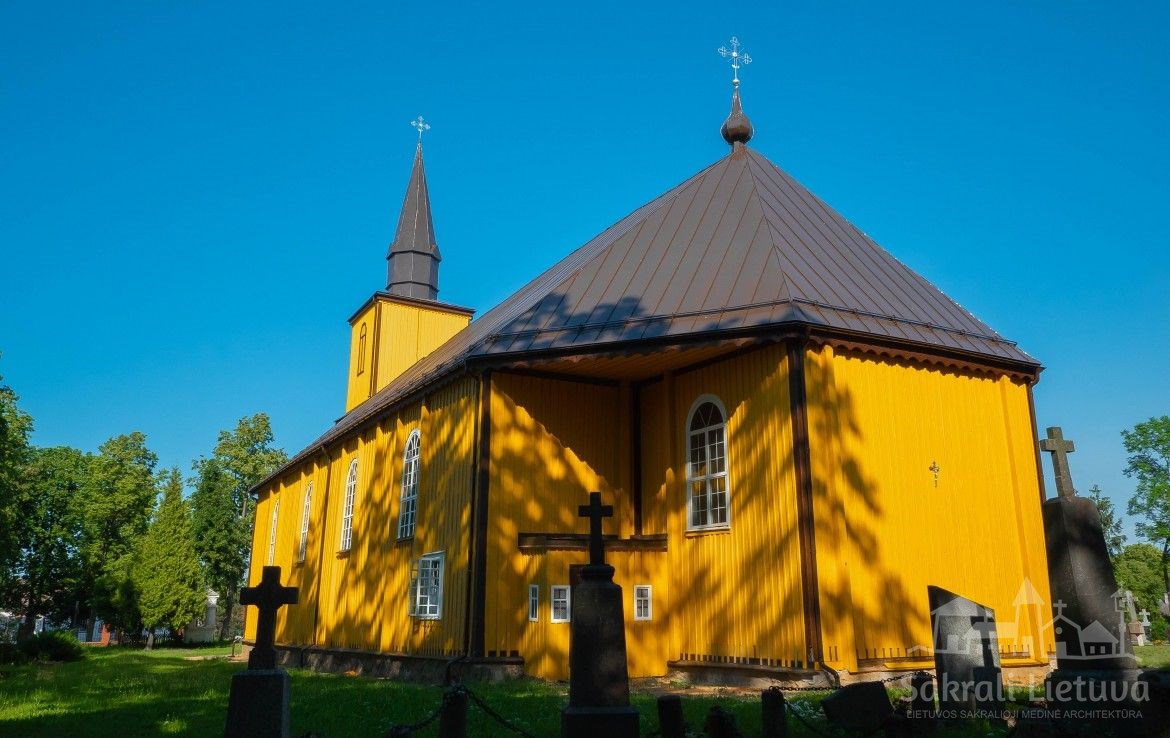 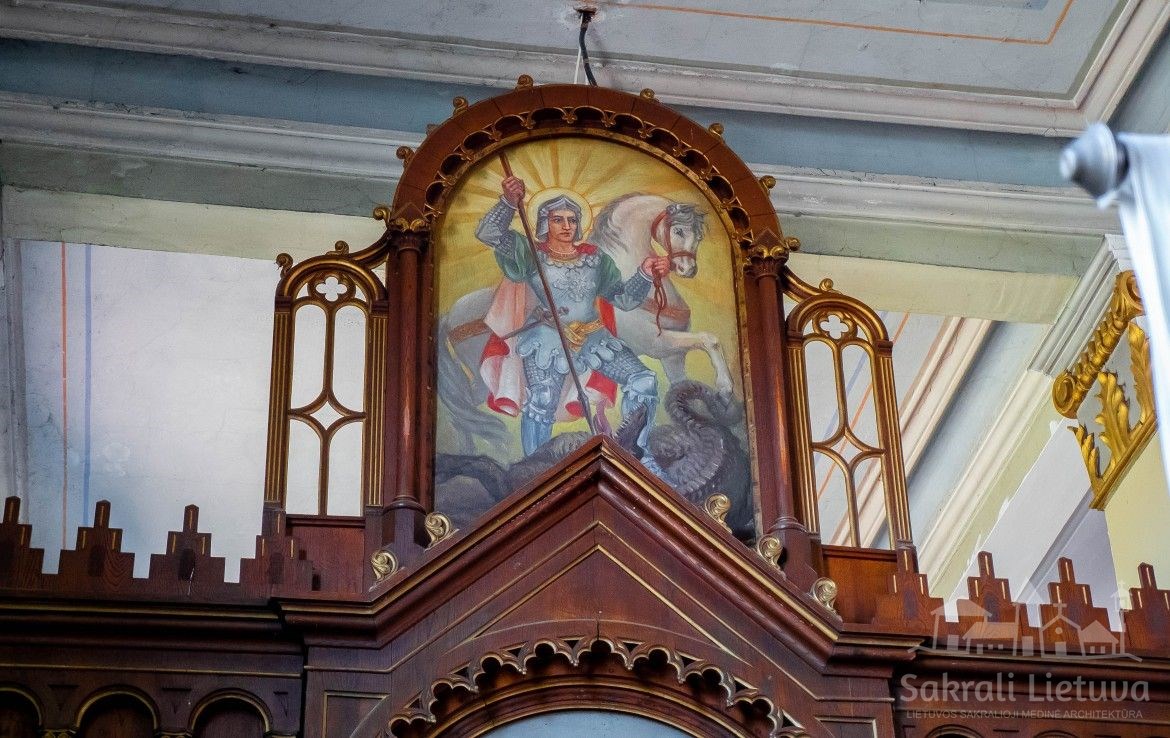 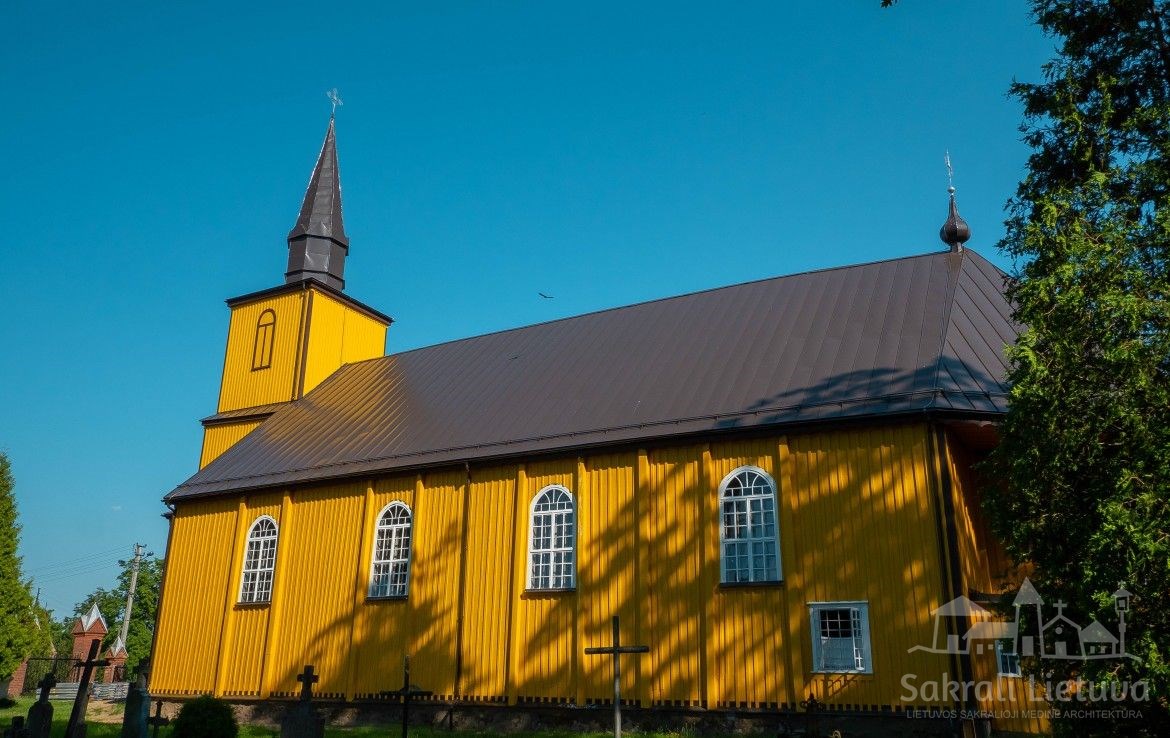