A wooden chapel of Our Lady – the Sending of the Holy Spirit, also known as the Mirror Chapel, is on the highest elevation of Stulpinai village surroundings. A distinctive feature of the chapel is that it has hundreds of mirrors brought by the faithful: big and small, faded and fractured from old age. To honor the chapel, a street in the nearby Rainiai settlement has the name of Mirrors. Every year, major Pentecostal celebrations take place here with believers from all over the area flocking to it. Allegedly during Pentecost, better health and predominantly eyesight may be received through prayers there. As old people say, the chapel was erected in a place where a blind man magically started seeing.

The chapel was built at the end of the 18th century on the land of the wealthy landlord Fabricijus, who was a Latin teacher at Telšiai High School. The construction of the chapel was sponsored by the landlord Važinskas, who took care of the chapel afterwards. In 2003, the chapel that was in the state of emergency was overhauled thanks to the neighbourhood: the log walls were boarded, the foundations were reinforced, the roof was replaced, a fence was installed and greenery was taken care of. The bell that used to be in the roof turret was stolen around 2001. In 2015, the chapel was repainted.

The chapel is of a small volume and rectangular base layout, ending with a triangular apse. An annex containing the sacristy was built at the eastern wall of the apse. The log chapel is built on a stone masonry foundation. The roof of the building is two-sided, and above the apse it is three-sided, the roof is covered with steel sheets. The northwestern end of the roof features a turret of a quadrangular layout, shaped as a multi-sided pyramid, with a small roof covered with steel sheets and topped with a forged iron cross. The door and window openings are rectangular. The windows are made of wooden structures with diamond-shaped colored glass inserts, and only with indoor shutters. The chapel corners and the window edges are decorated with openwork ornamented verge trims.

The chapel contains the great altar of the most Blessed Virgin Mary with the painting “Our Lady of the Scapular”, a mensa with an antependium, a wooden sculpture of St. Mary of Graces, and a wooden fence with balustrades of the presbytery. A sacristy bell is also suspended there. 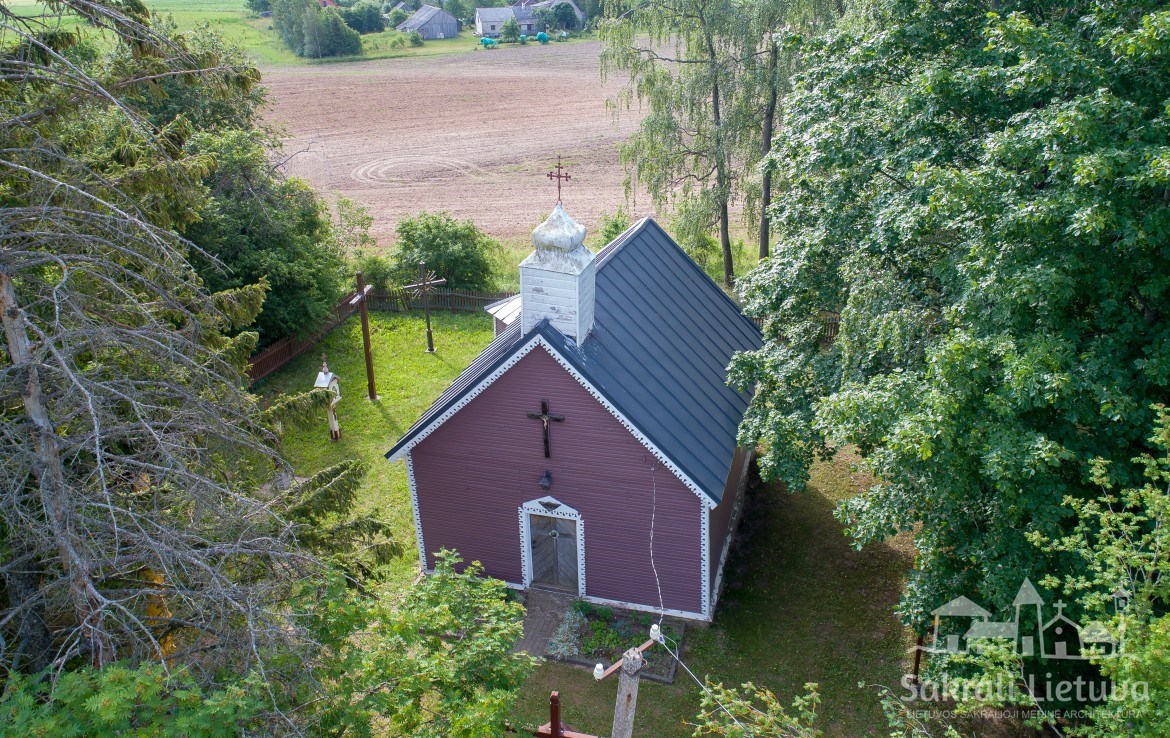 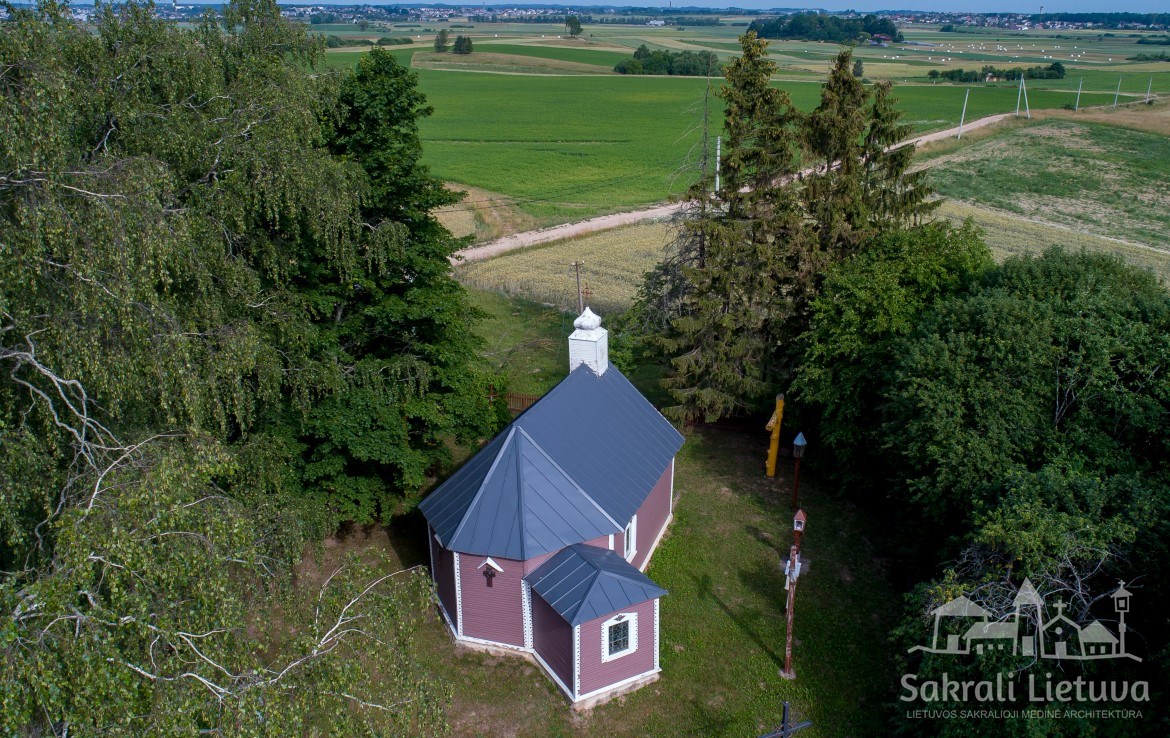 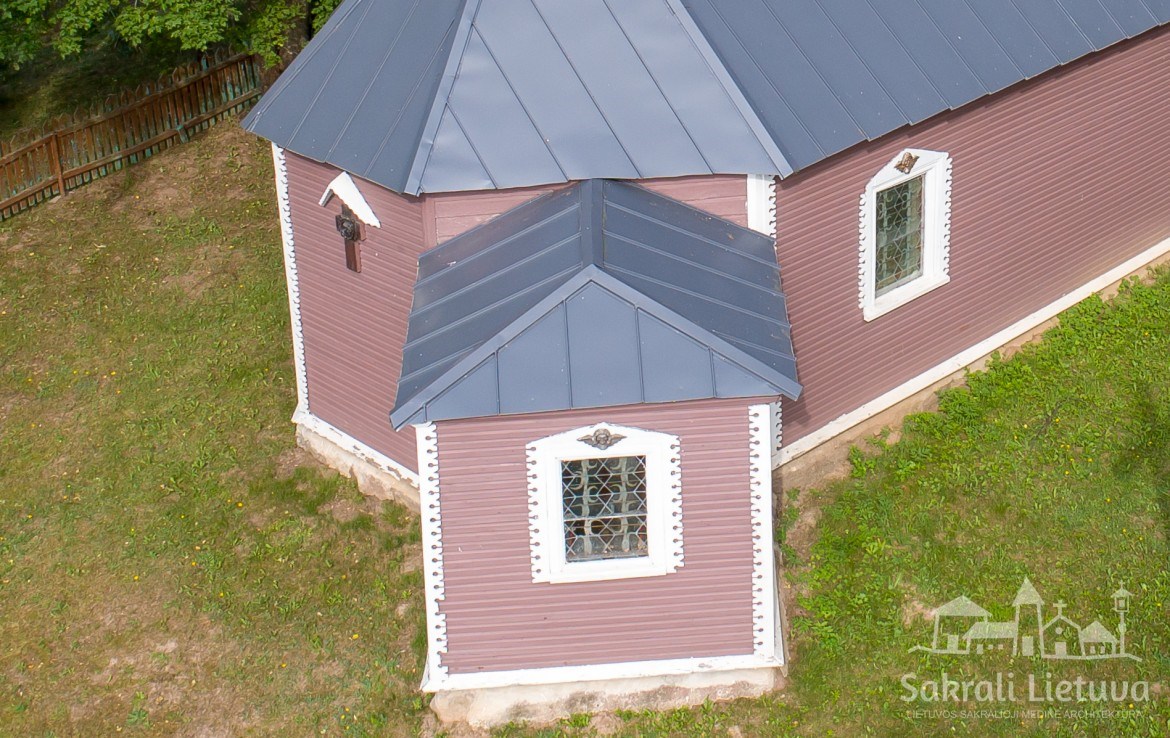 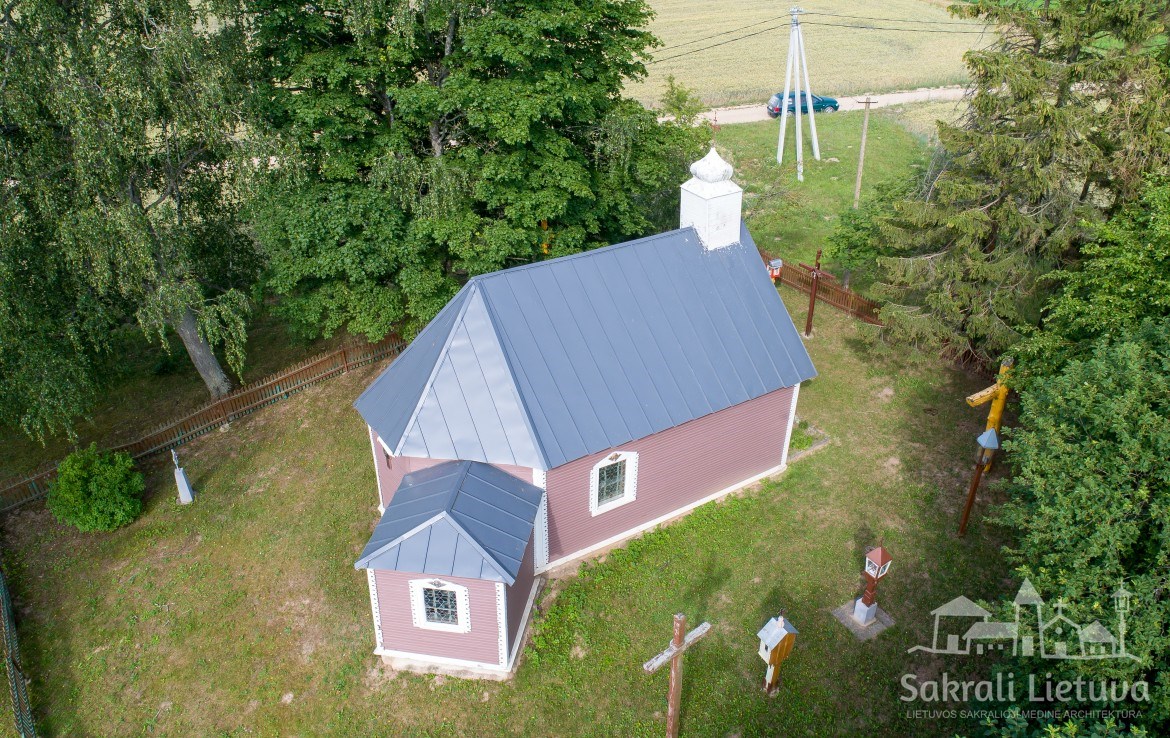 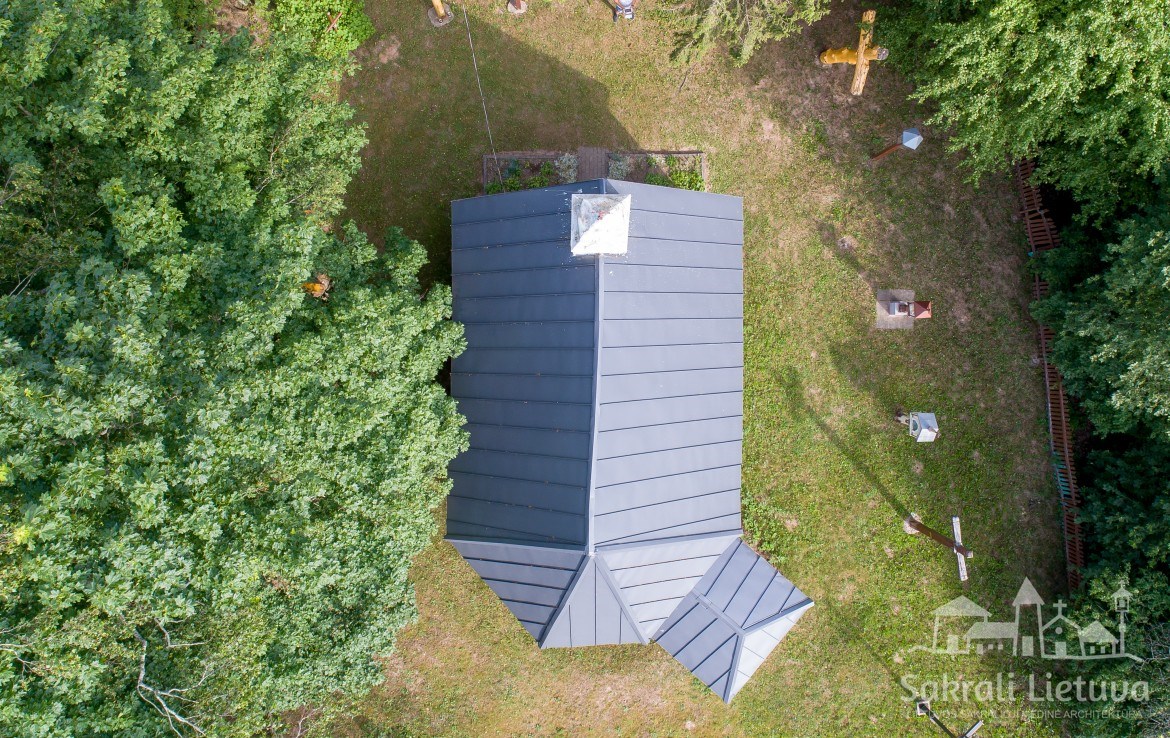 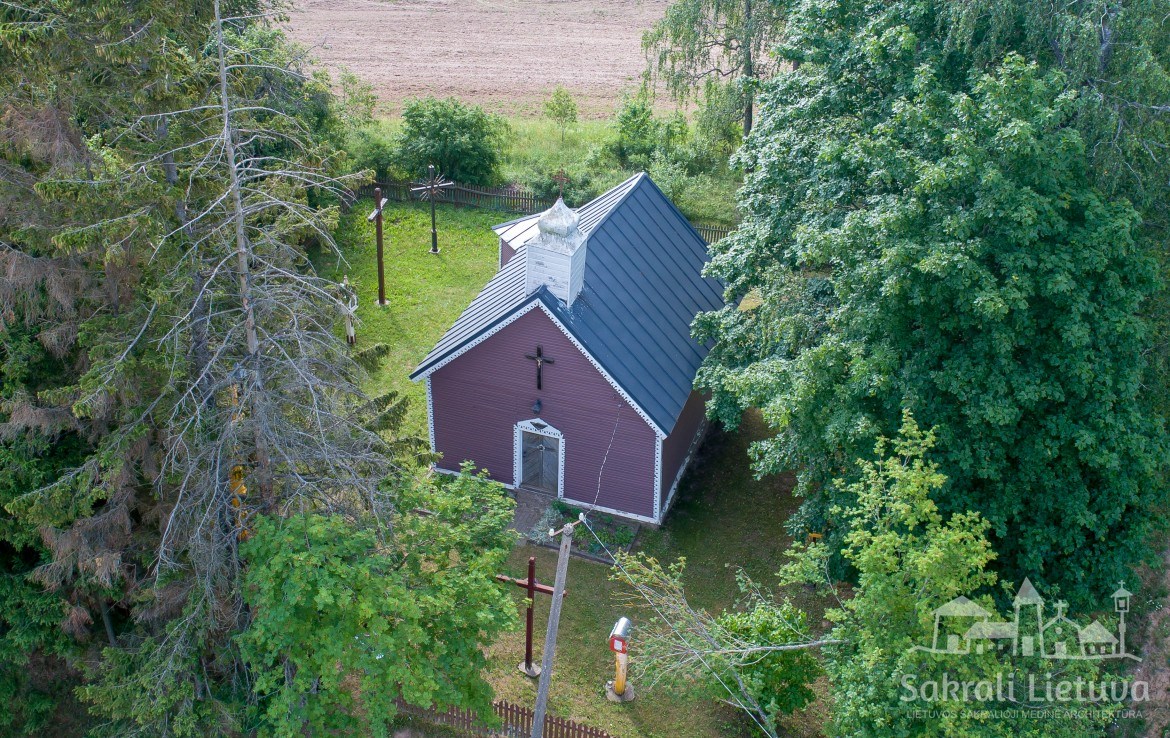 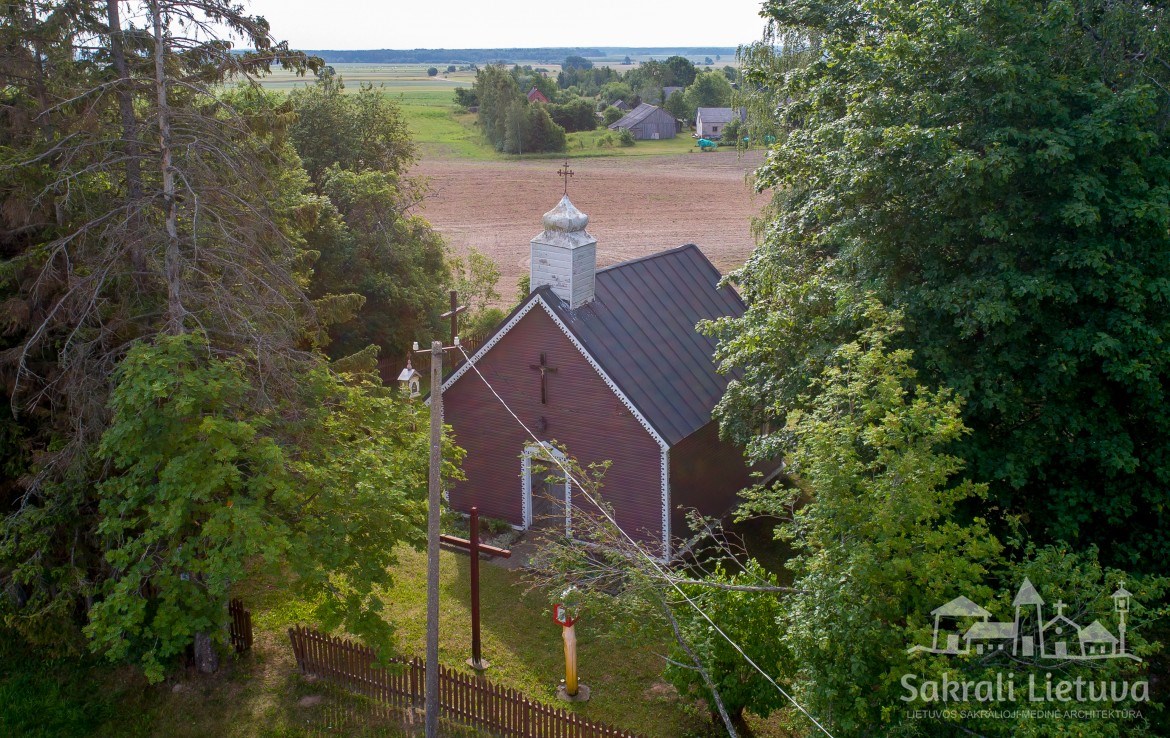 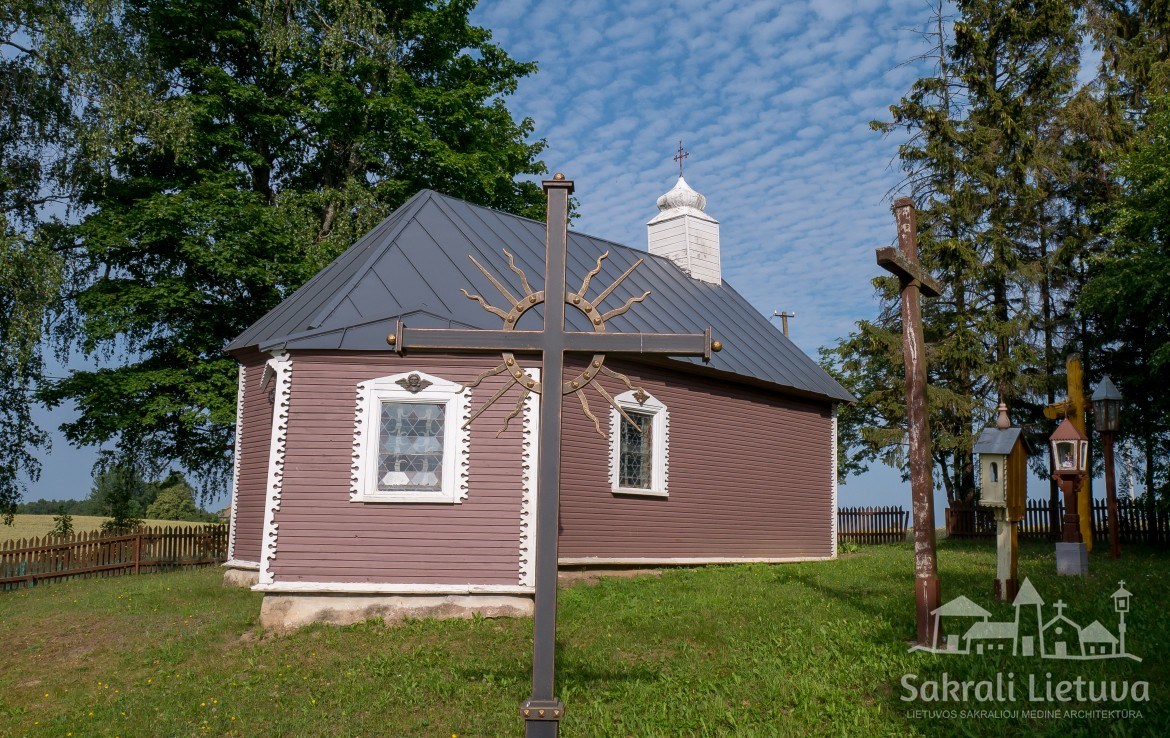 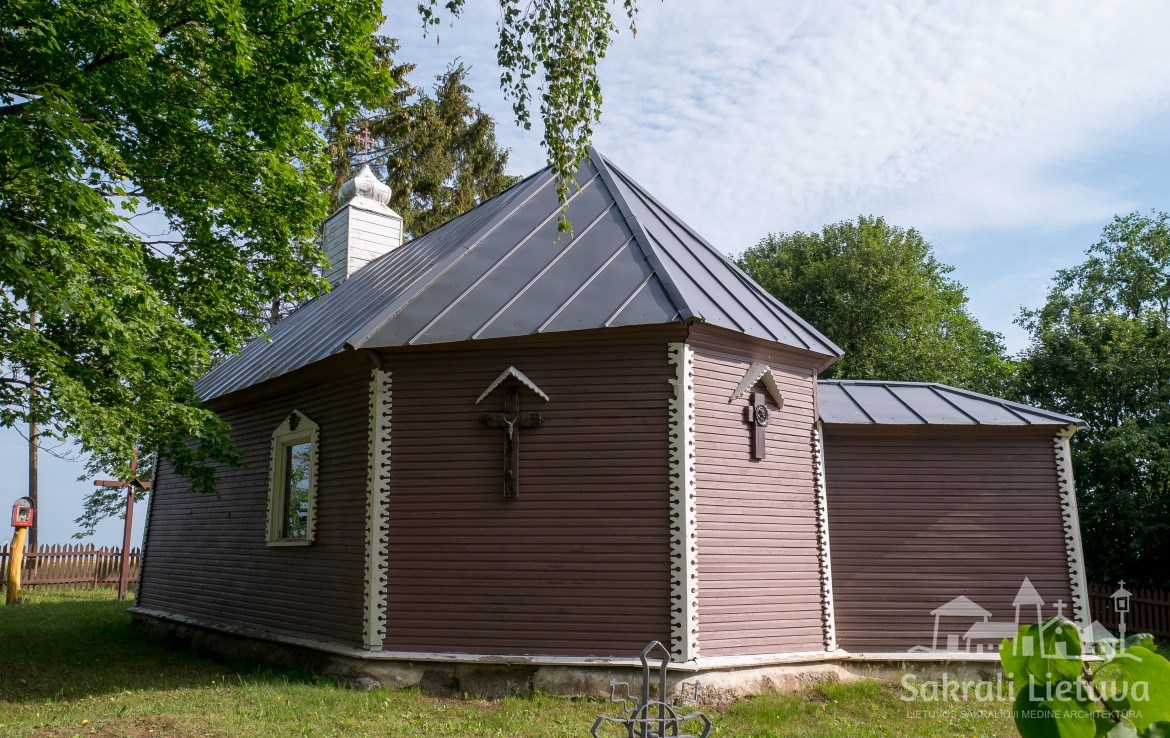 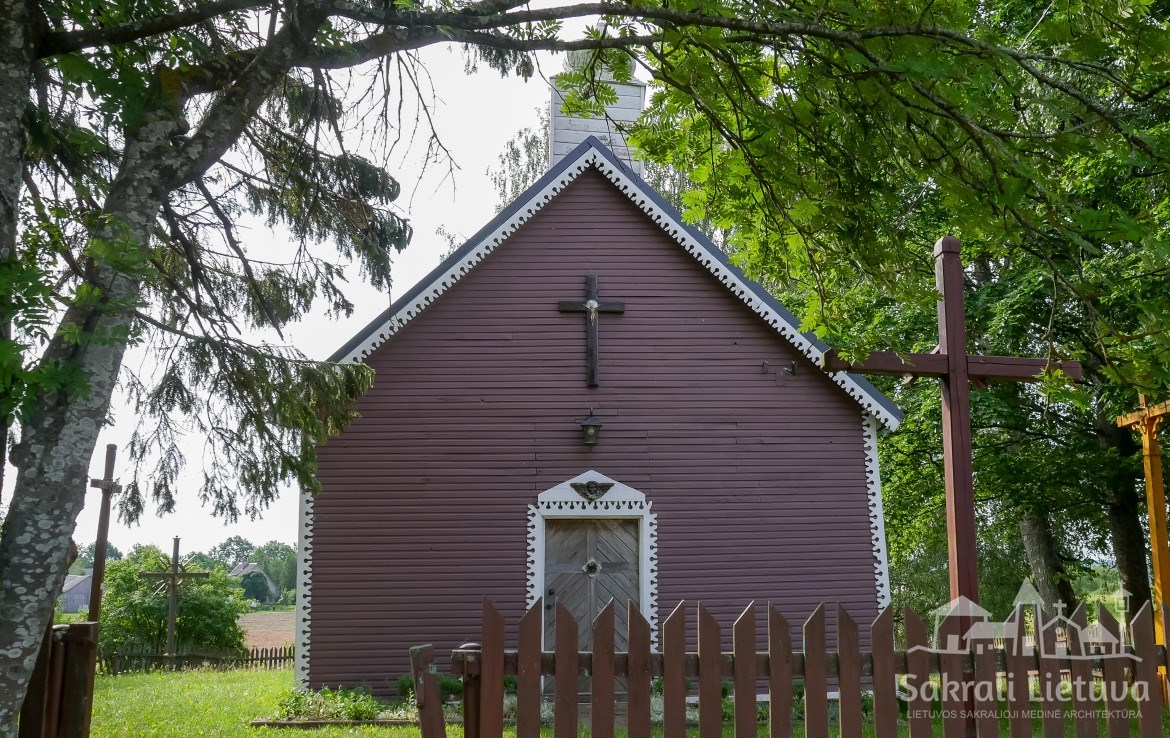