Šeštokai Church of the Holy virgin Mary the Savour

The Church of Holy Virgin Mary the Savour of Šeštokai was built in 1922–1924 according to the project of the engineer J. Vitemberg. The church has greatly suffered during the years of War.

The building is wooden, of the form of Latin cross, single-nave, of two towers. The nave is extended behind the lateral chapels by the presbytery of the same width, completed by a straight wall. The sacristy is at the back of it. The church is of graceful proportions and harmonious silhouette. The building is standing on a masonry plinth of field stones, finished with vertical planks, the horizontal division is created by the cornices surrounding the entire perimeter. Towers of the square base divided into sections with high pyramidal roofs dominate the flat main façade. A triangular pediment completes the central part of the main façade, the entrance is emphasised by the gable roof. Decoratively divided rectangular windows with wooden architraves are arranged in all façades; acoustic openings of rectangular form, covered by wooden blinds, are in the upper sections of the towers. A small openwork tower of a square base rises above the presbytery. The shelter is enriched by especially decorative profiled cornices; ornamented forged crosses crown the spires of the towers as well as the roofs of the lateral façades.

The interior of the church is spacious and minimalist, the ceiling is of the form of intersecting cylindrical vaults, surrounded by the profiled cornice at the bottom. Three altars of eclectic style, set up in 1928, are distinguished in the interior, and in the middle there is protruding organ choir. Two lateral altars have been set up by the master A. Soraka; the greater one – by A. Karalius. Organs have been attached in 1935. The pulpit, decorated by Rococo ornaments, is set up above the confessional . 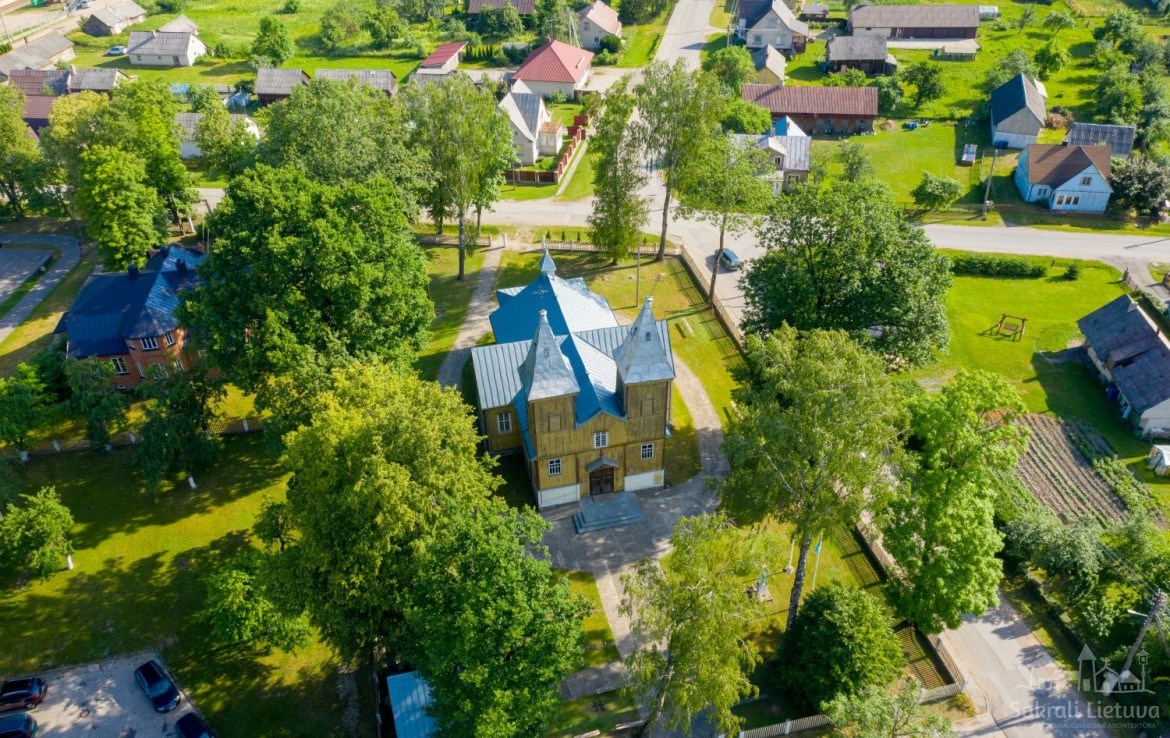 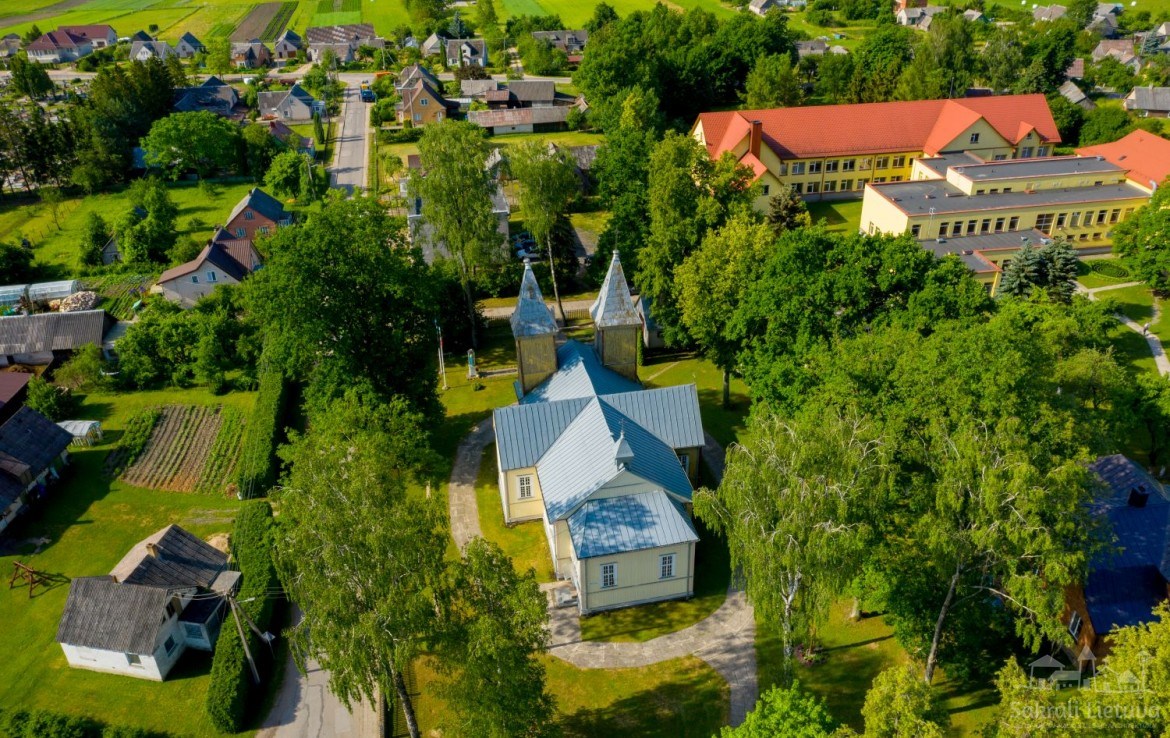 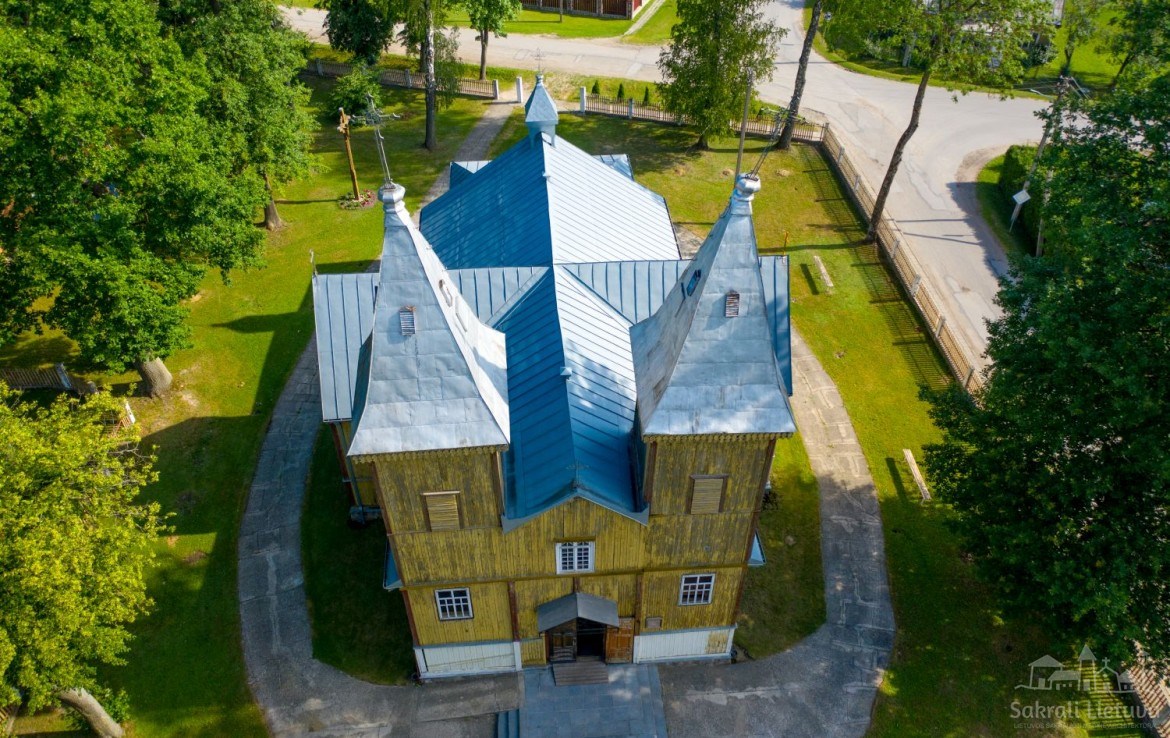 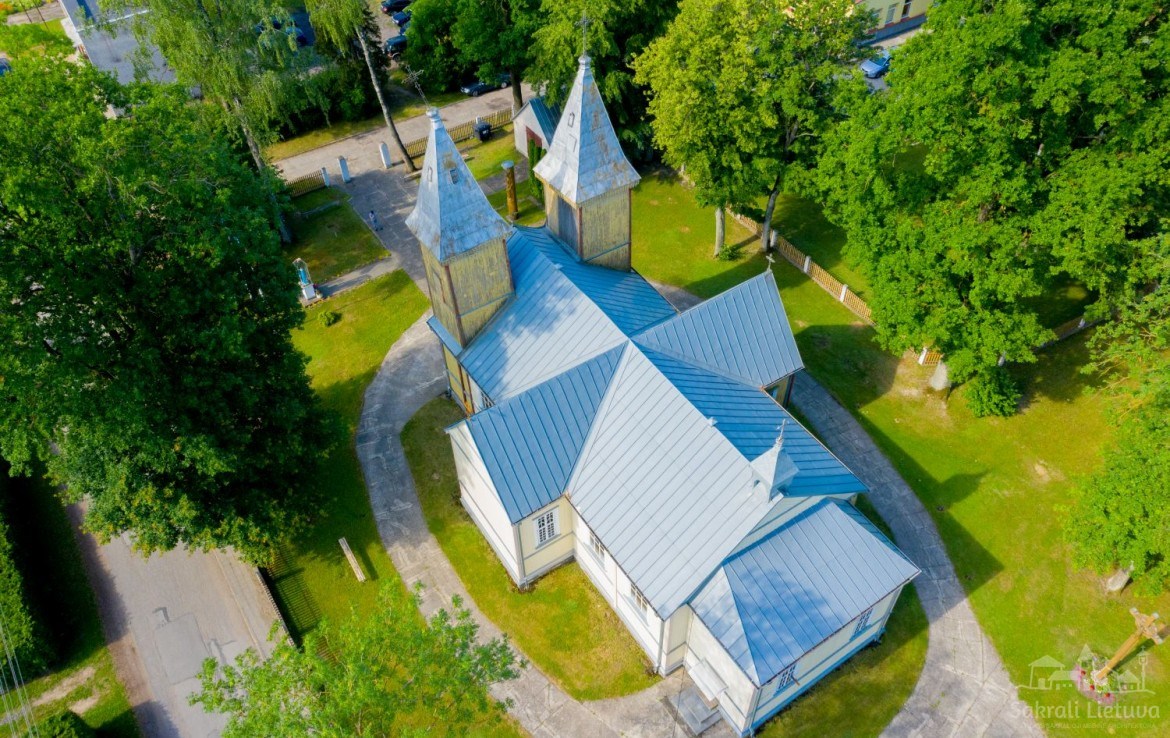 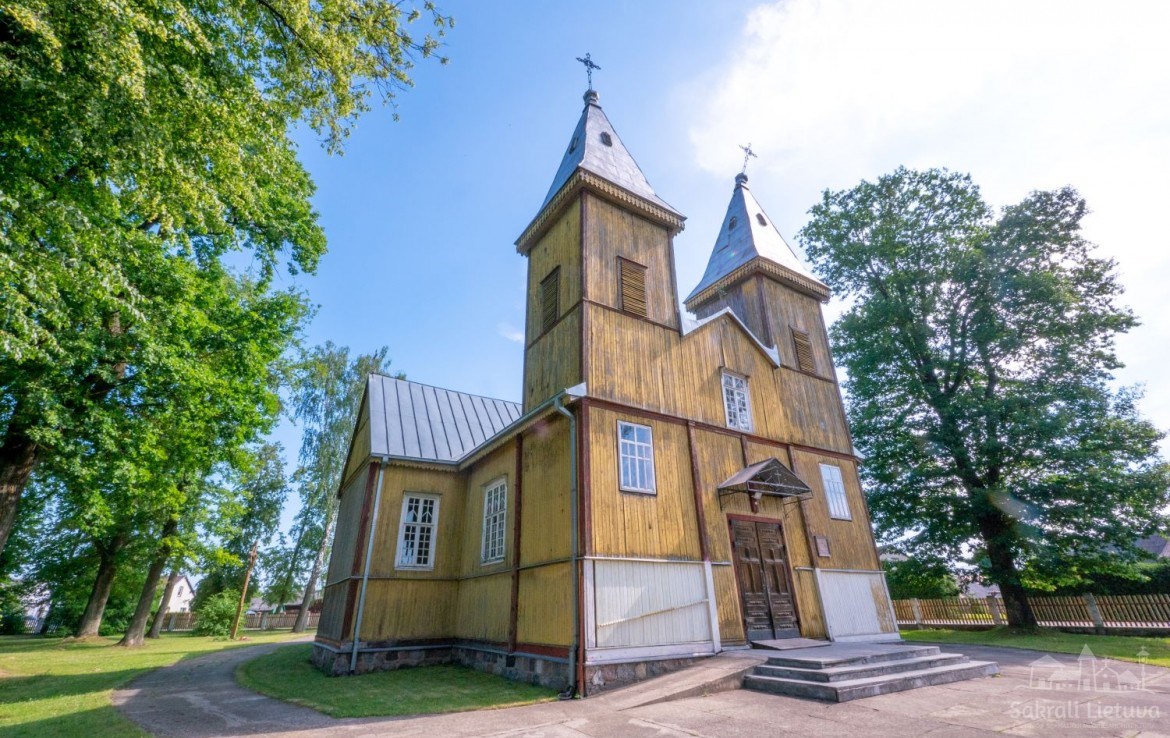 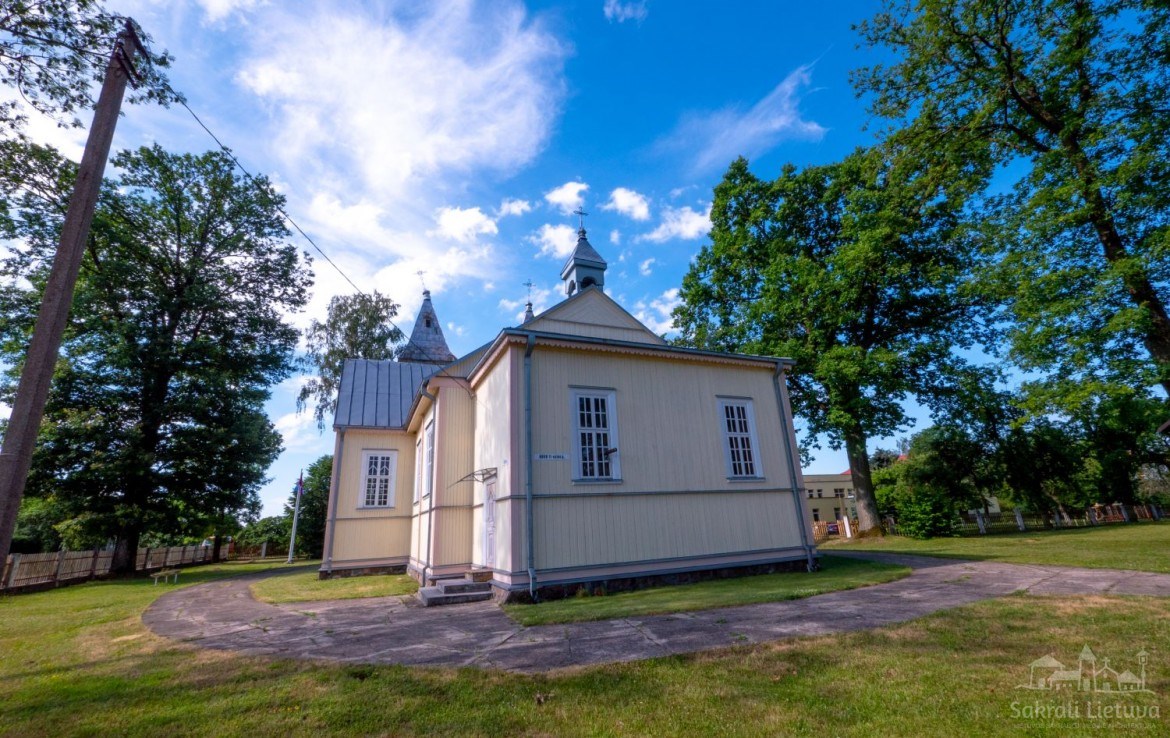 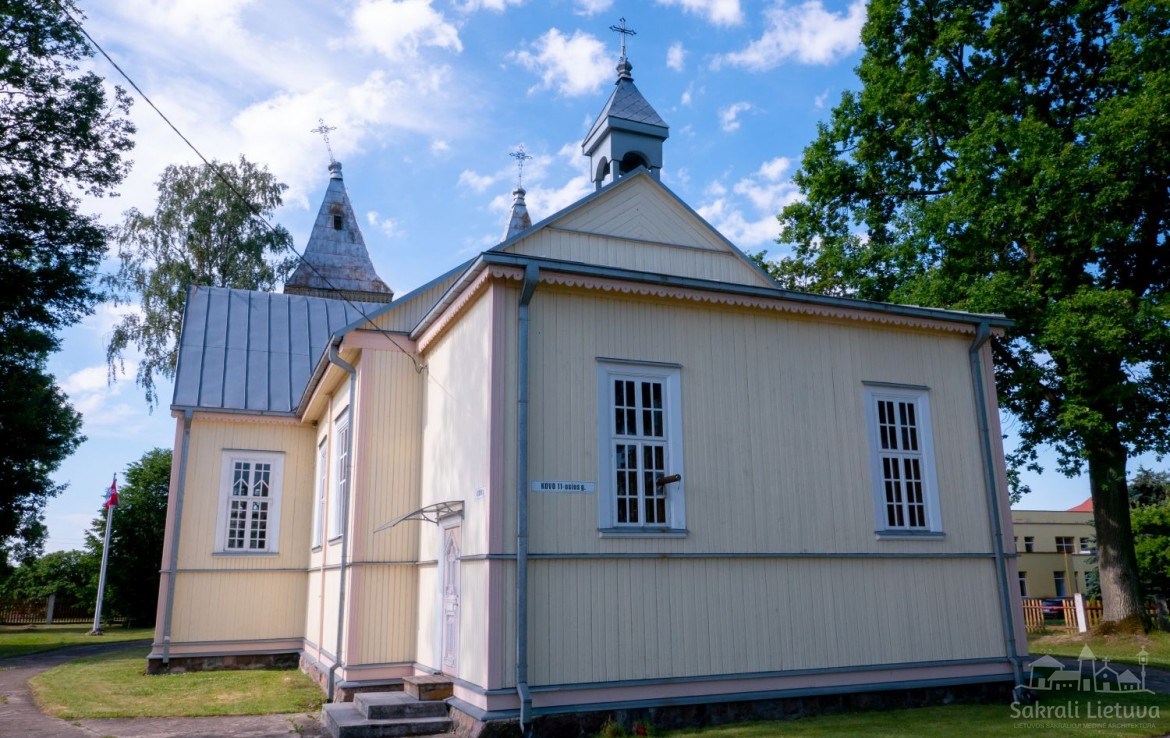 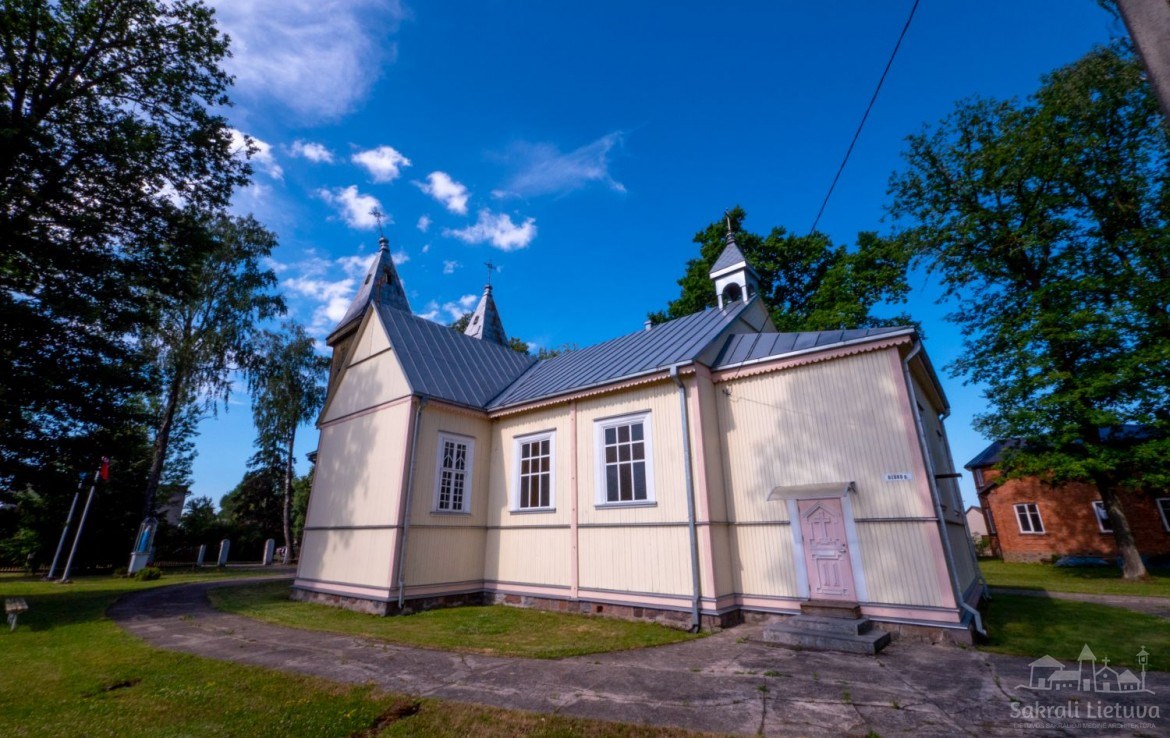 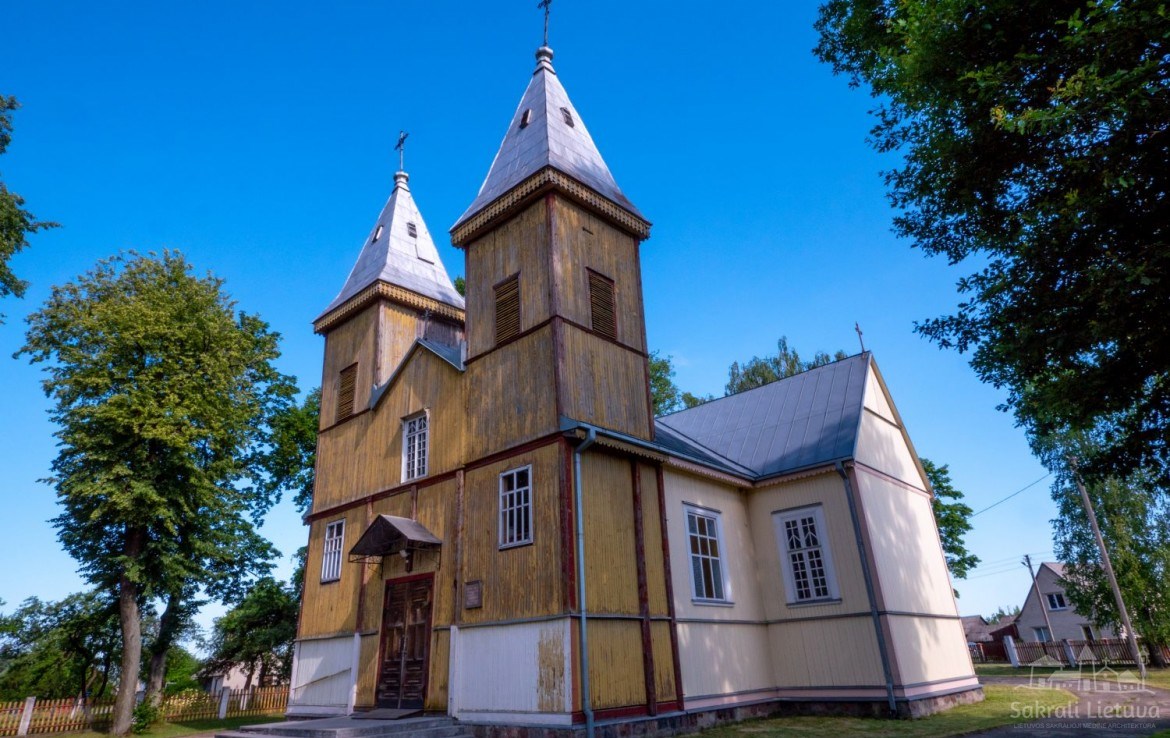 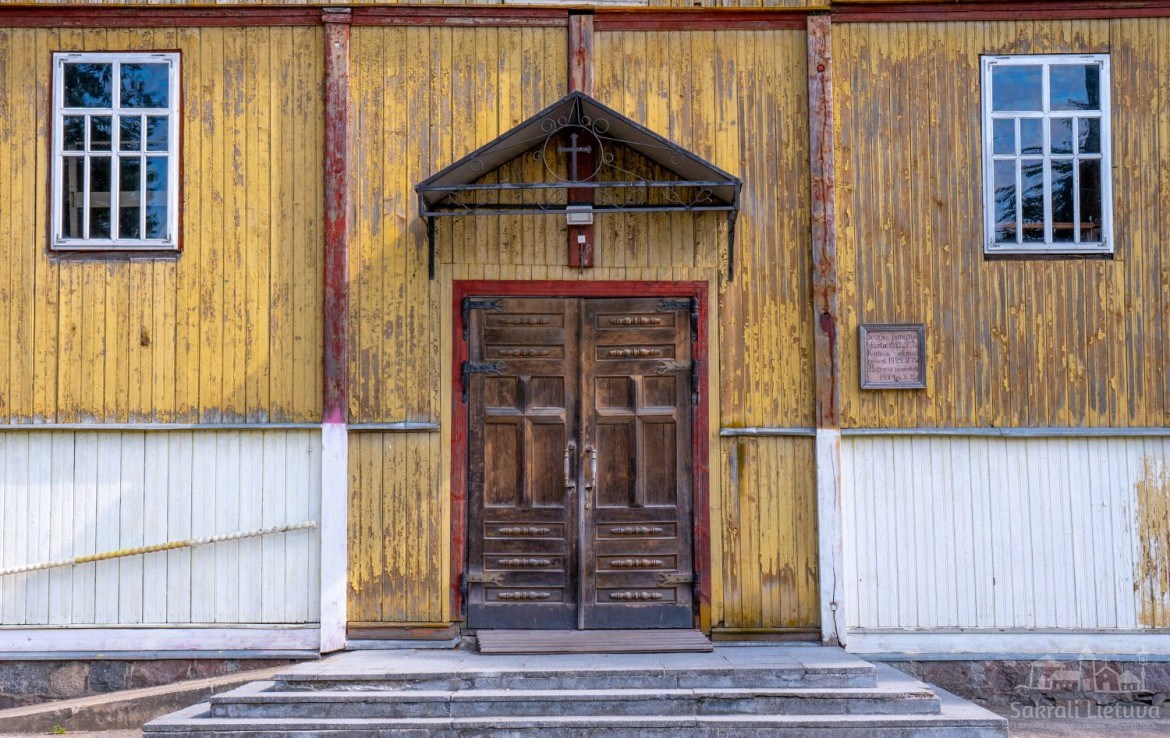 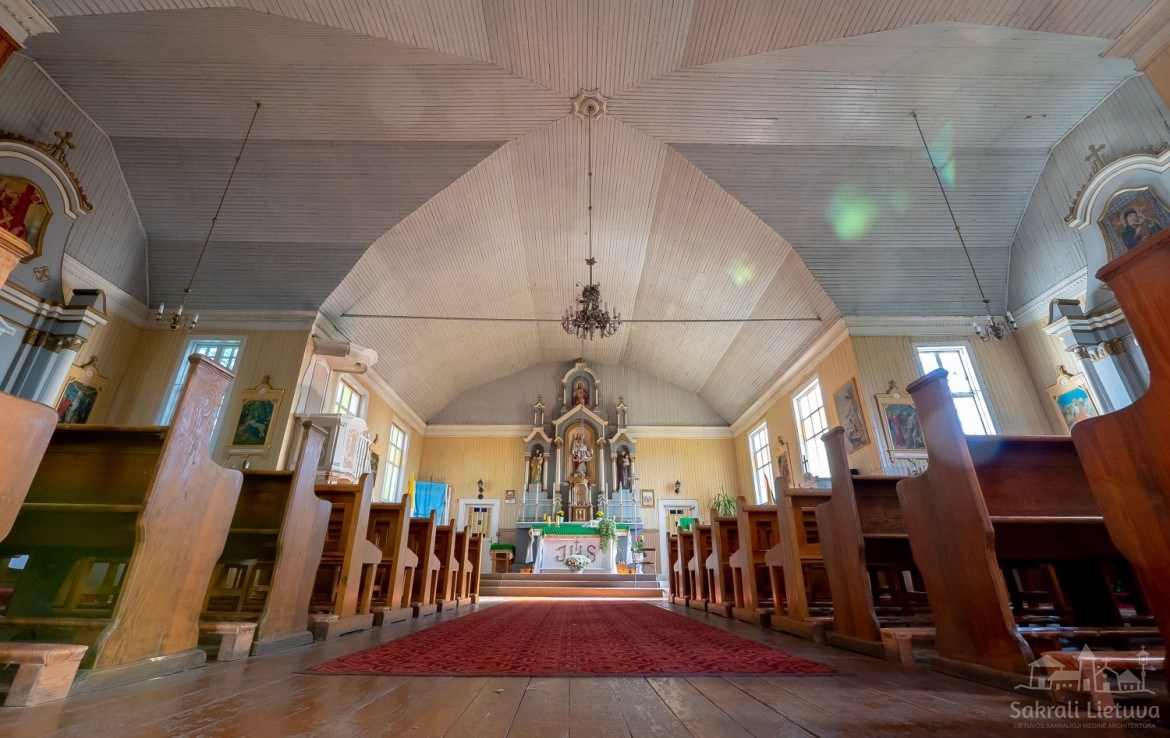 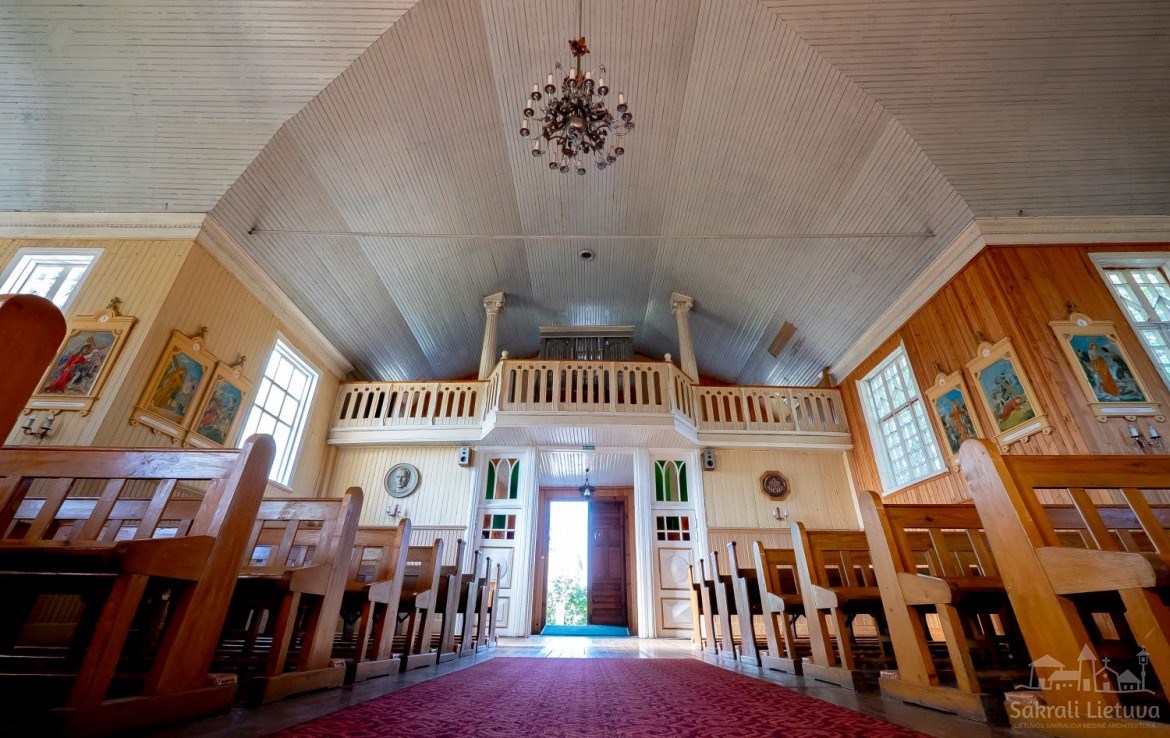 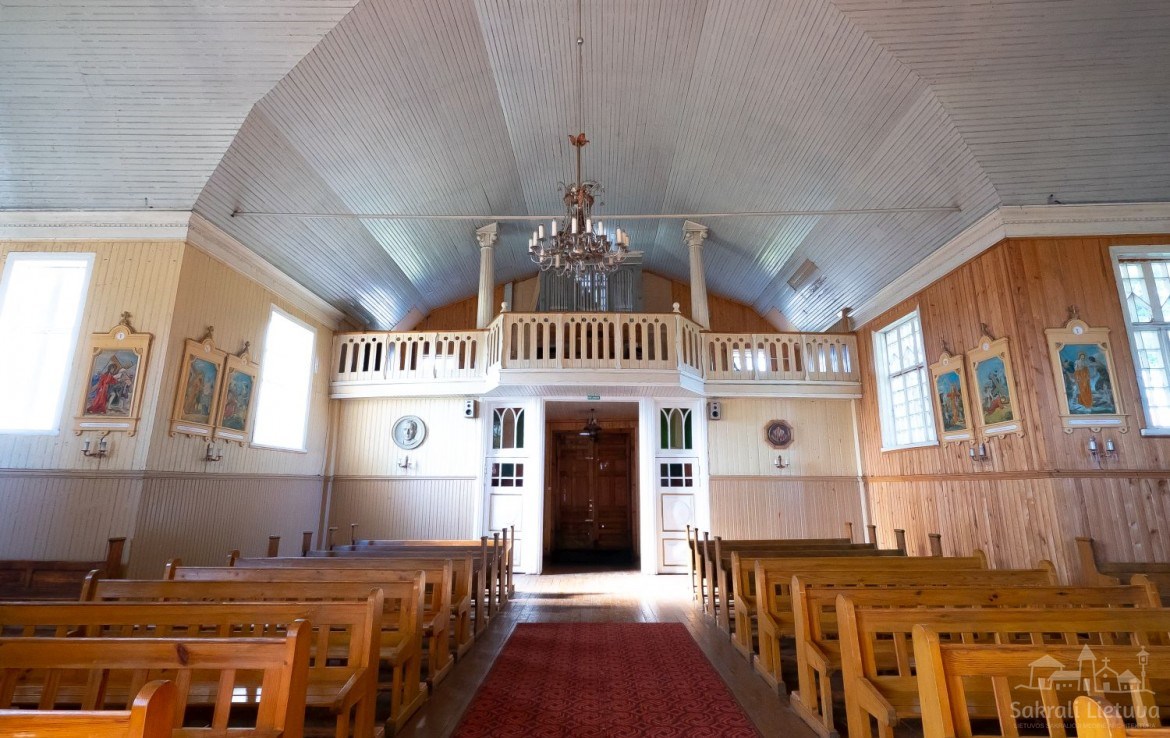 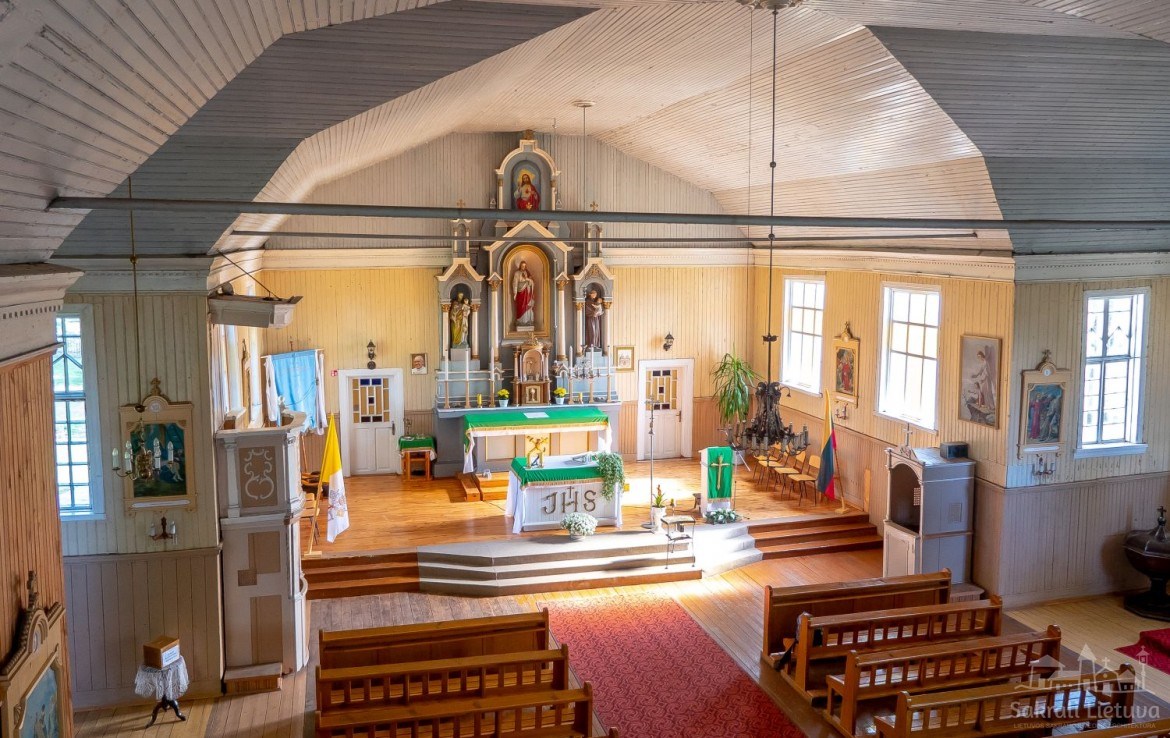 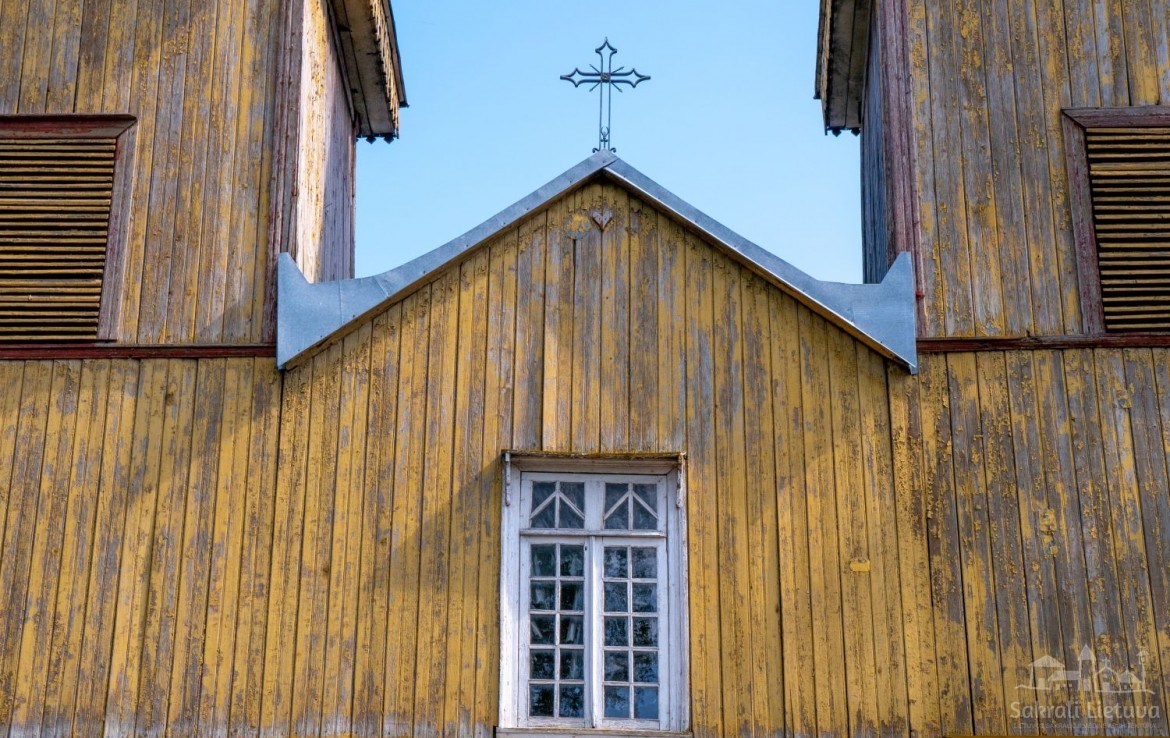