Chapel of St. John the Baptist and Belfry of Rudesa

The chapel was built in the second half of the 18th century and was named after St. John the Baptist. The chapel of Rudesa cemetery was heavily damaged during the Franco-Russian War in 1812, thus it was renovated in 1820, and new altars were installed there . Unfortunately, the chapel architecture was simplified during the renovation: the former portico was boarded and the ante-nave was installed there.

Rudesa cemetery chapel of folk architecture has a rectangular layout, three naves ending in a narrow three-walled apse. A rectangular one-storey sacristy is attached to the apse on the western facade. The roof covered with steel sheets is two-sided, and above the apse it is three-sided, and above the sacristy it is one-sided. The main facade pediment is topped by a small rectangular tin-covered turret with a small pyramidal roof, crowned with a spike and an ornamented cross. Another spike with an ornamented cross decorates the apse ridge. The main facade is modest – two parallel rectangular windows are installed above the wide two-leaf door. The triangular pediment is edged with profiled, toothed narrow planks. Rectangular and finely partitioned windows of the chapel feature profiled edging. Walls of hewn logs are covered with vertical wooden boards and narrow planks, and the front facade pediment is boarded horizontally.

The interior of the chapel has natural wood finishing: hewn log walls, and exposed wooden ceiling beams. The naves are divided by four wooden pillars of octagonal cross-section. The central nave is separated from the presbytery by a wooden balustrade. The organ space also has a wooden balustrade and a wooden railing. It is supported by two wooden columns, and the ante-nave is open. The interior door is boarded in herringbone pattern. The first section of the main altar of St. John the Baptist is adorned with the painting “Baptism of Jesus”. The side altar dedicated to Our Lady on the left is decorated with the picture “Mary with the Baby”. The altar of the Heart of Jesus on the right includes the sculpture “The Heart of Jesus.”

A square layout belfry of folk architecture is built on a stone foundation and is located to the south of St. John the Baptist’s cemetery chapel. It is a single-volume belfry tapering upwards and boarded with vertical planks. The belfry is covered with a wide pyramidal, tin-covered roof topped with a spike and a cross. The doors and bell sound holes are rectangular in shape.

Chapel of St. John the Baptist and Belfry of Rudesa - Rudesa 33166, Lietuva 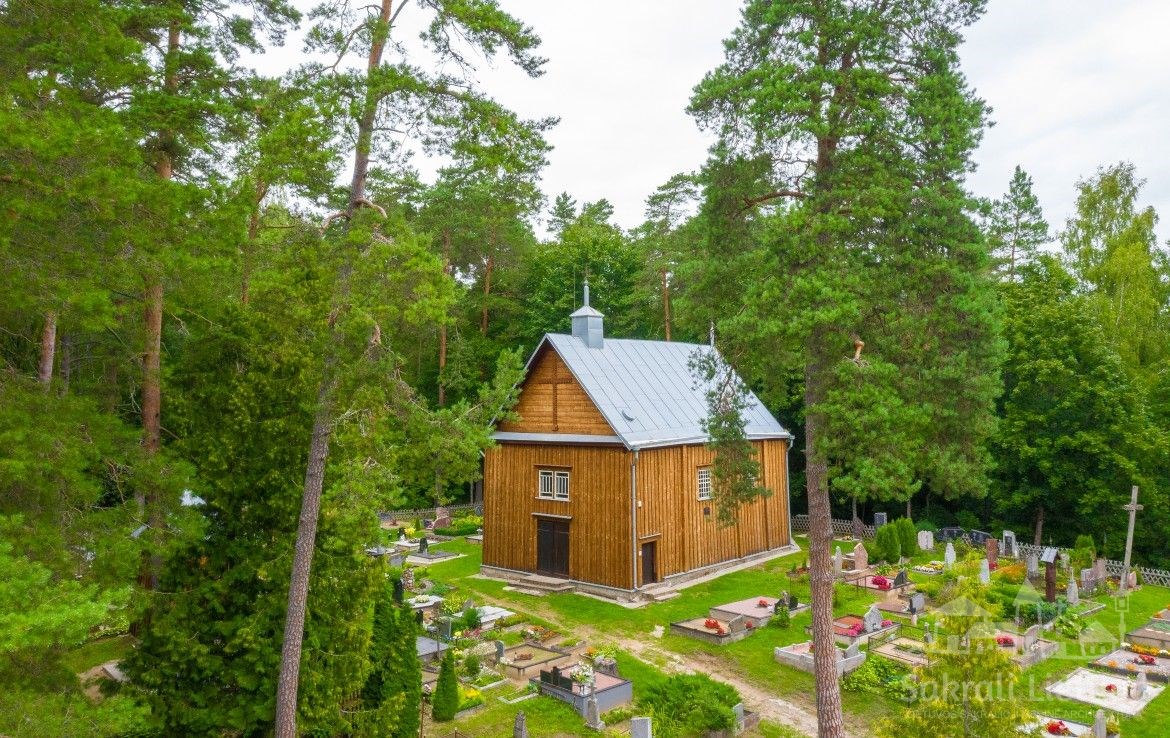 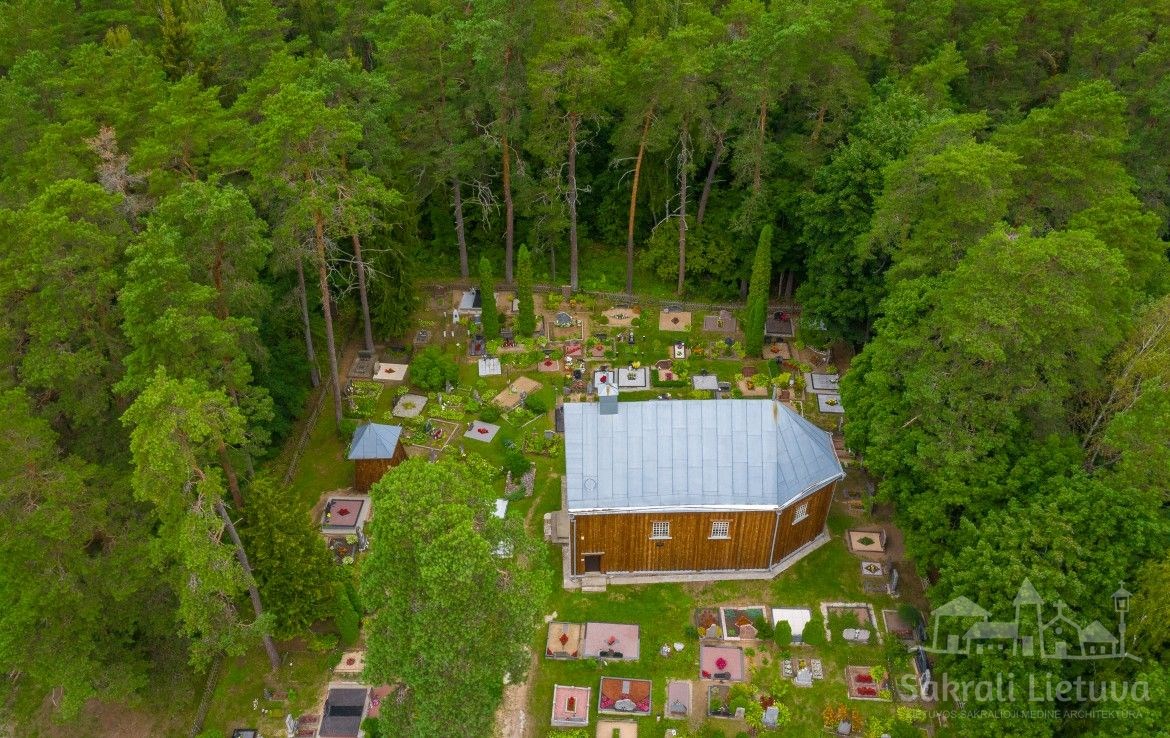 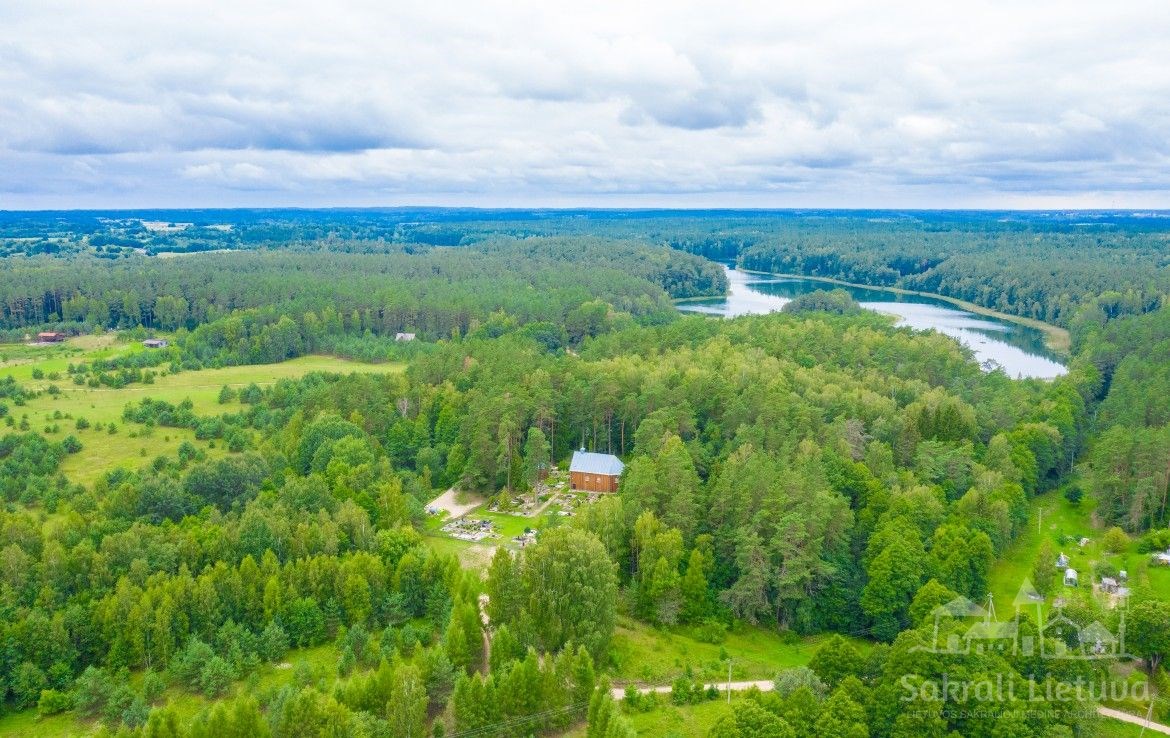 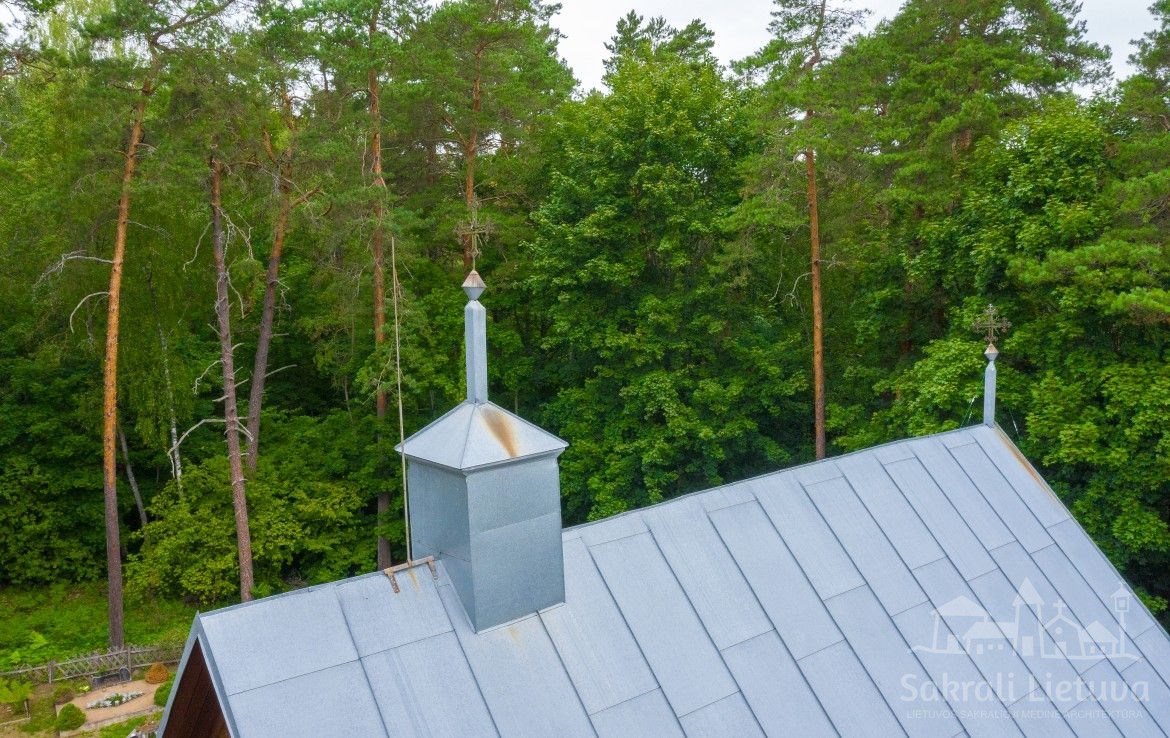 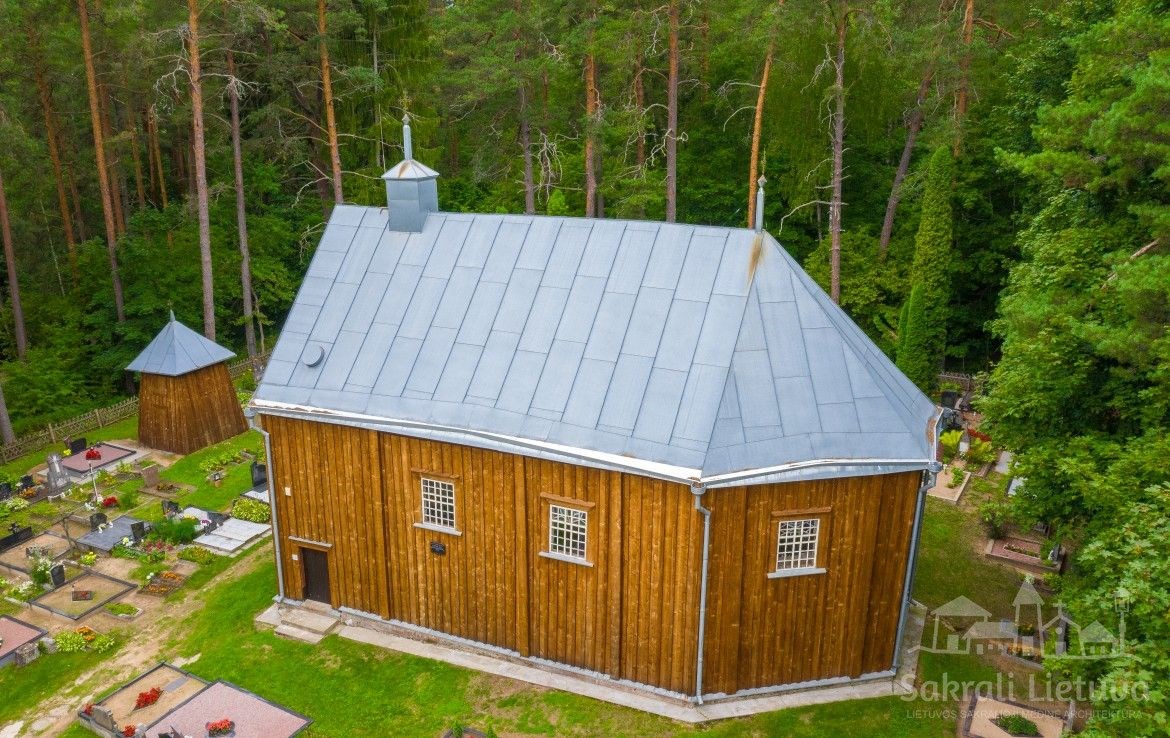 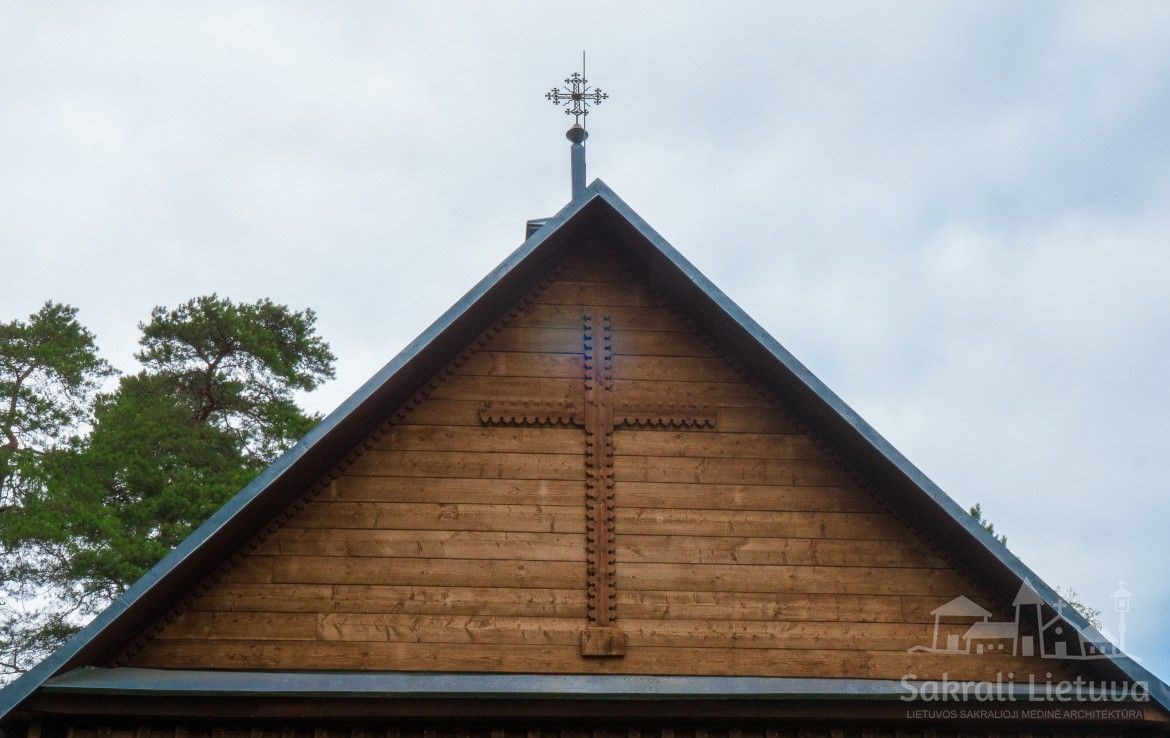 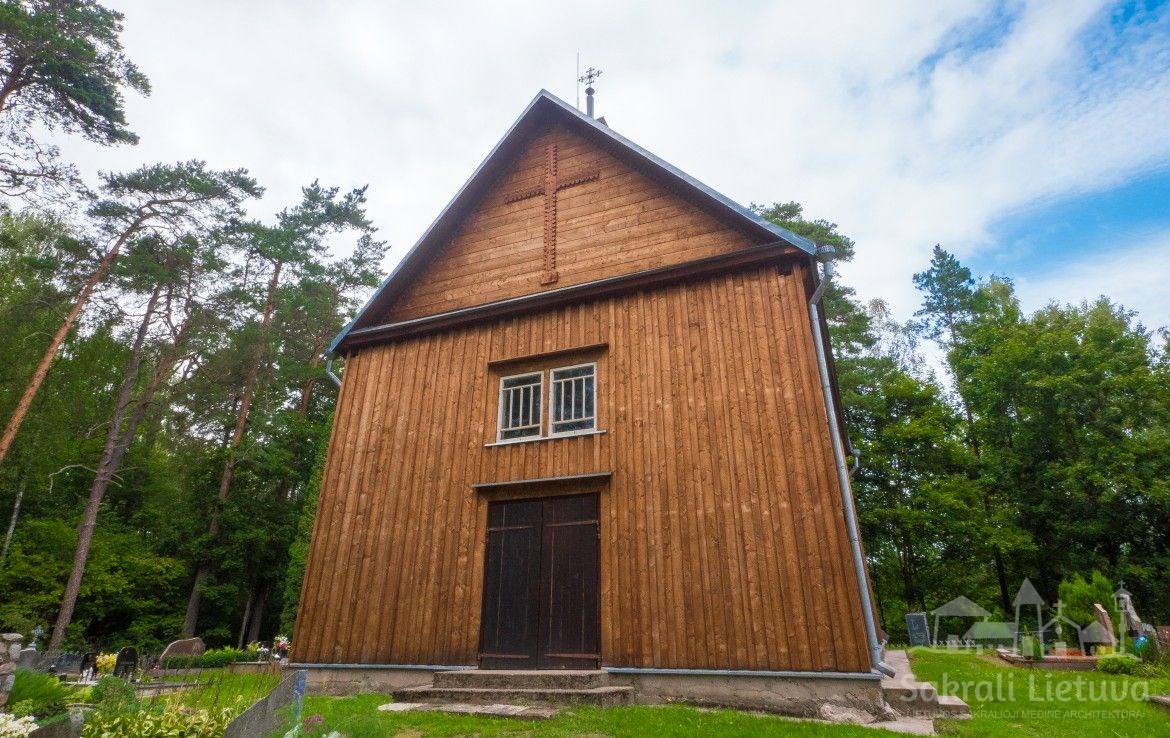 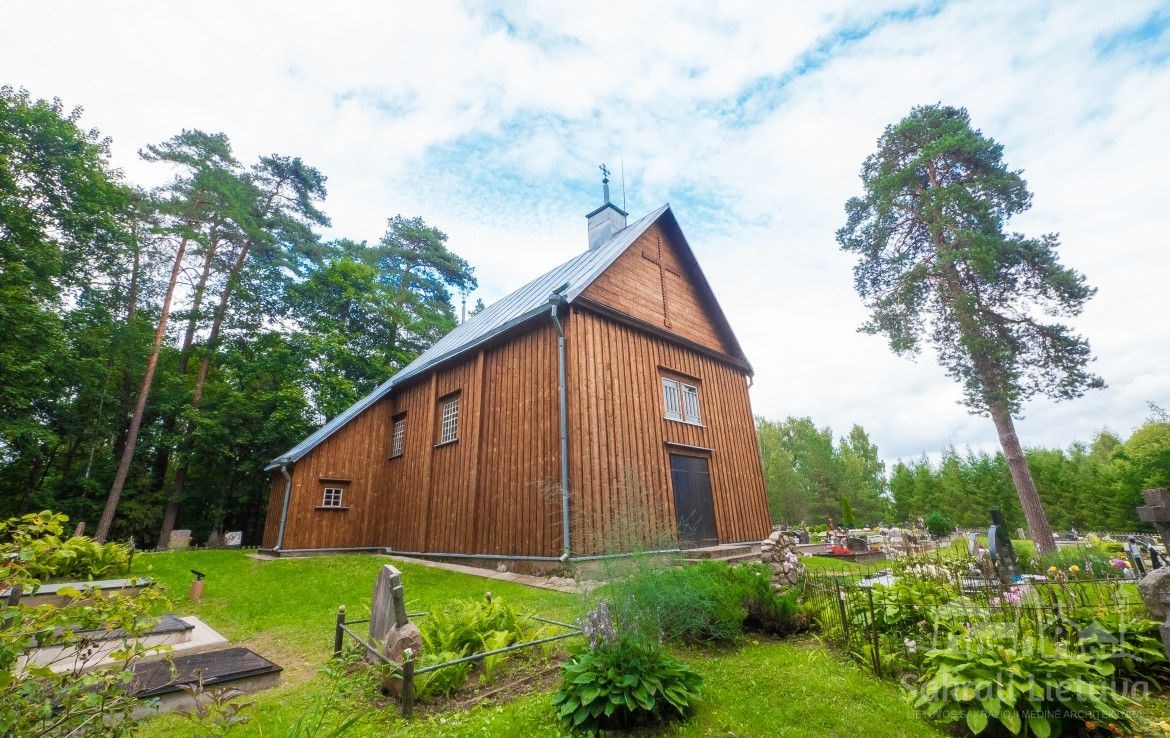 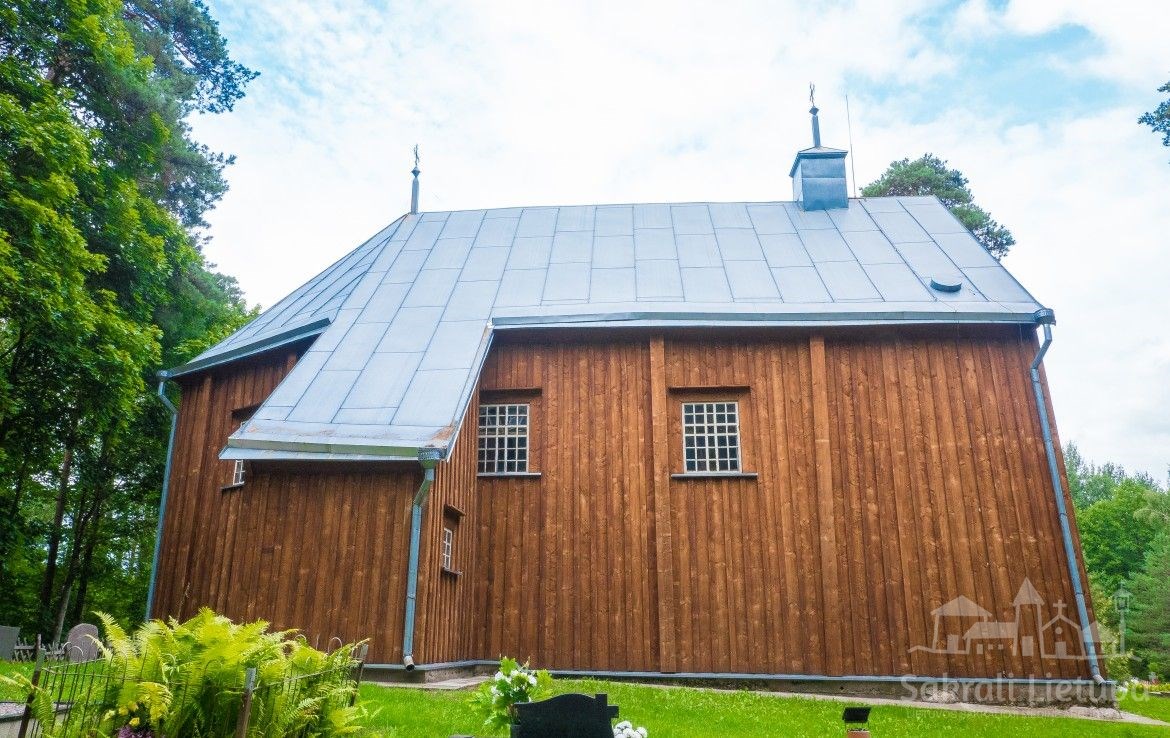 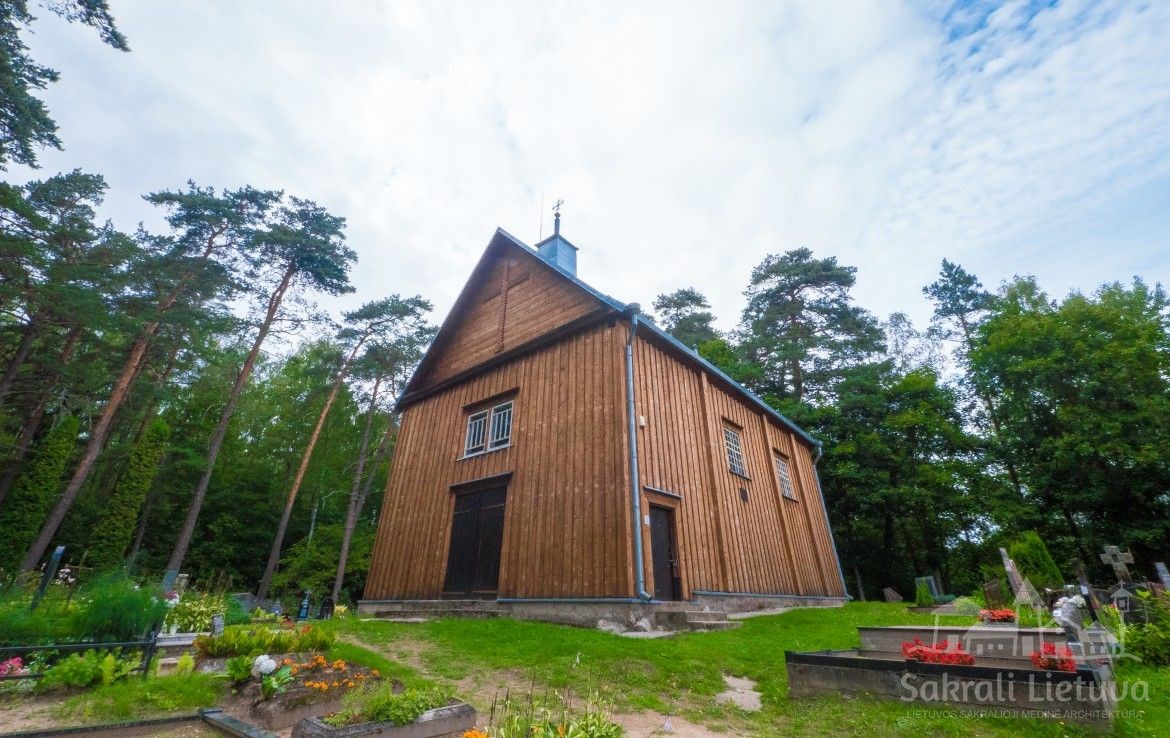 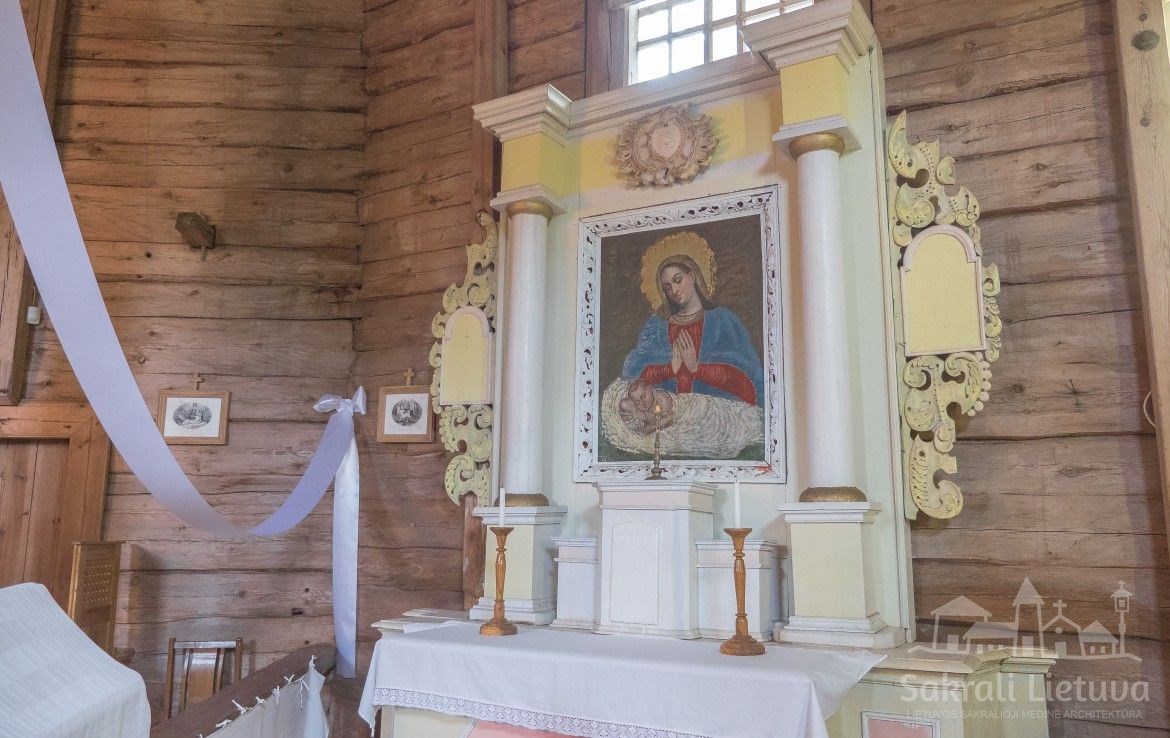 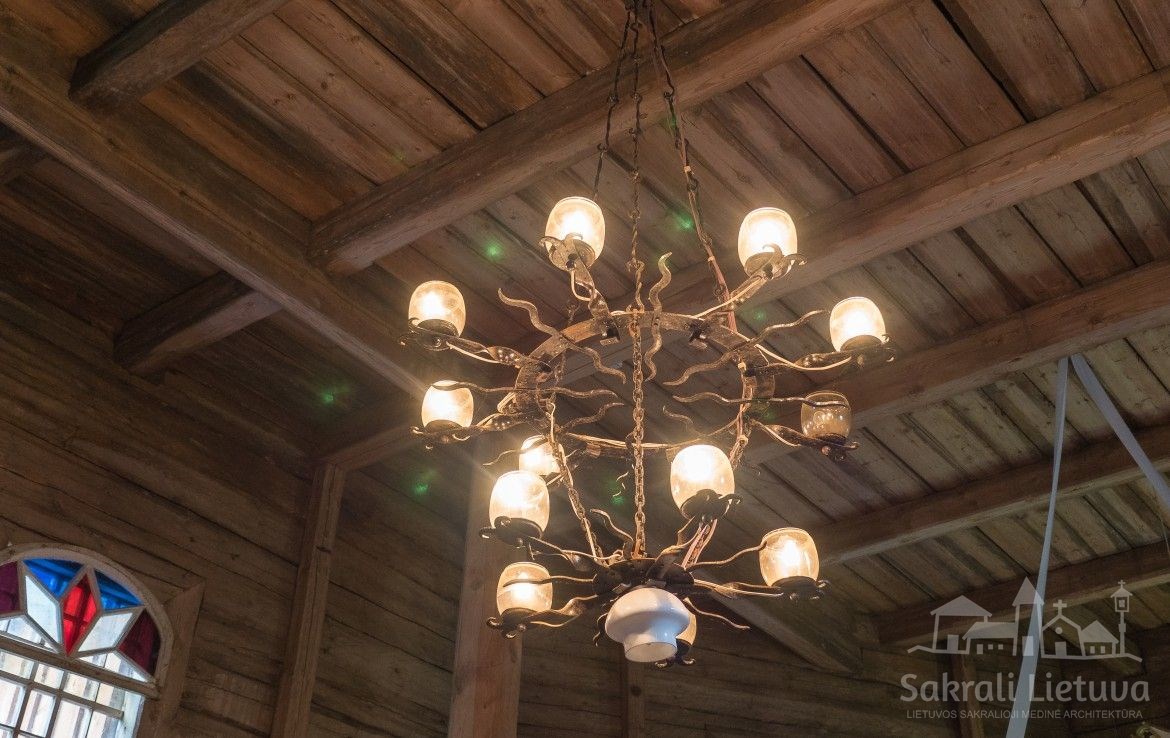 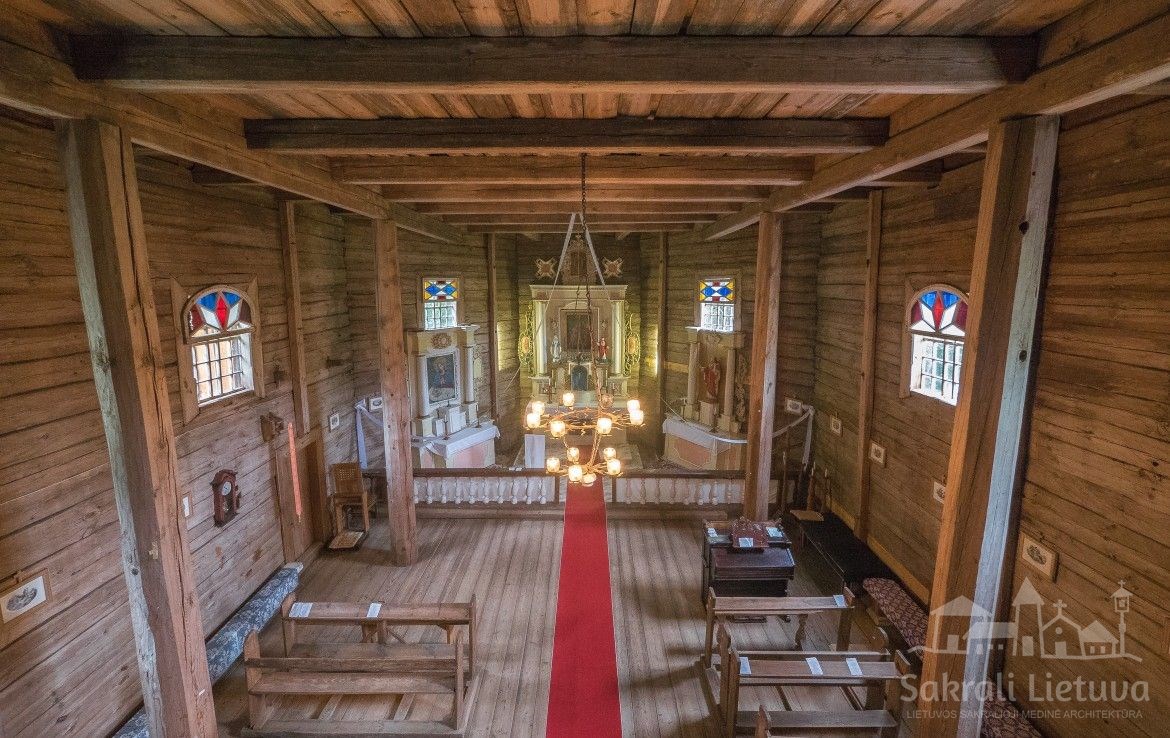 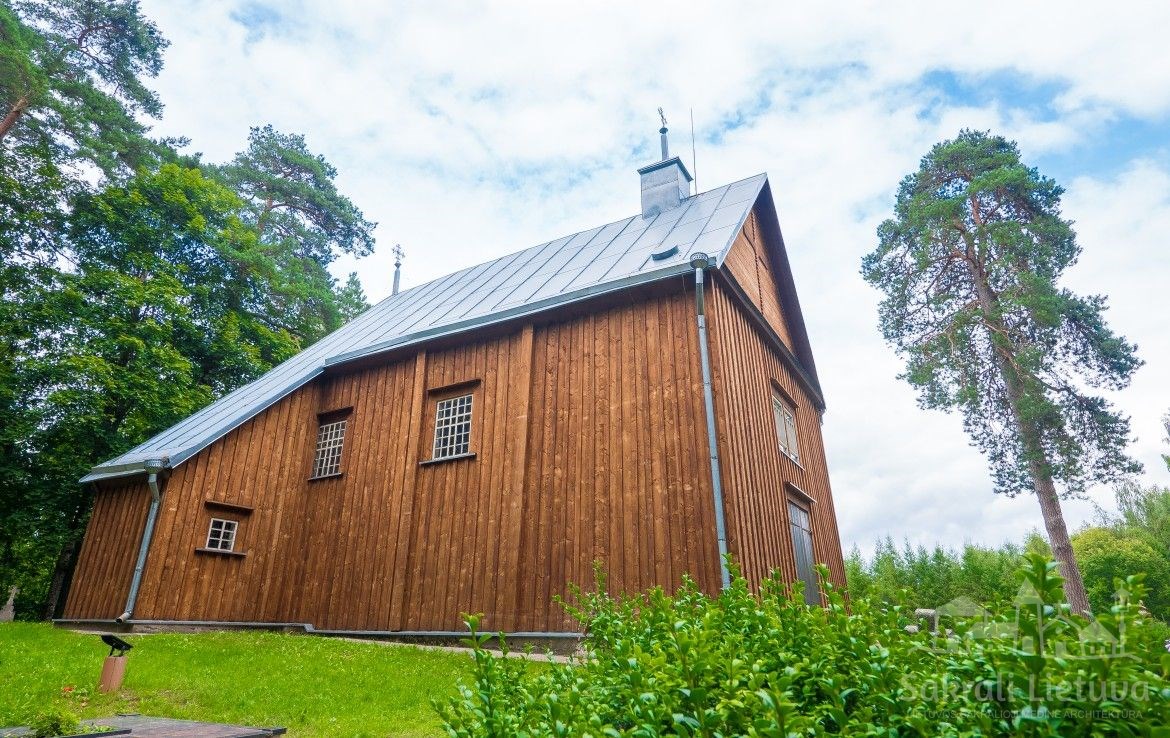 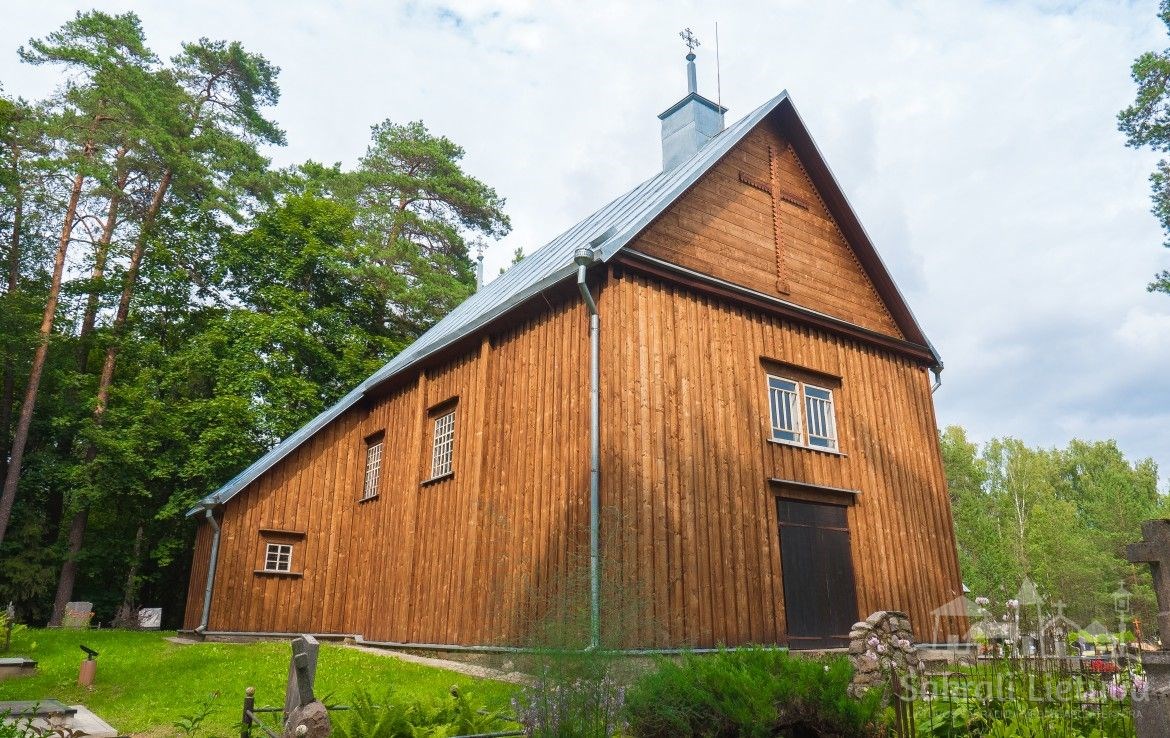 Chapel of St. John the Baptist and Belfry of Rudesa - Rudesa 33166, Lietuva