This wooden church was built in 1856 in Vainutas, until it was bought by the initiative of the Catholic parson Jonas Zabermanas from Tilsit in 1869 and transported to Ropkojai, which belonged to Prussia at the time.

The rectangular church has a single belfry and three naves with an entryway, which constitutes an organic composition with the belfry. It has a stone masonry foundation, log walls and a wooden rafter roof. The tin roof has three sides, while the belfry – a pavilion roof. On the north-eastern side, that the church is facing, there is a turret with a shaped pyramid roof. The traditional architectural solution of the façade is characteristic to wooden churches in Samogitia.

The entire perimeter of the building is surrounded by a wooden profiled cornice. The façades are covered with vertical slated wooden planks, all door and window openings are rectangular, the top openings of the belfry are covered with horizontal panels. The church has been reconstructed and renovated several times – in 1899, 1912 and 1973.

The wooden front and side doors, made by folk artists, are covered with wooden panels, arranged in chevron pattern, and decorated with forged metal details. The interior of the church features a wooden plank barrel vault, decorated columns and round wooden stairs, which take to the organ balcony with a wooden baluster. The belfry and the small turret on the rooftop is decorated with forged metal sun crosses.

The history of the church of Ropkojai is as important as its architectural value. In 1867, when the bishop Motiejus Valančius established a secret organisation of producing Lithuanian press in Tilsit and smuggling it to Lithuania, the church of Ropkojai, situated on the border at the time, became a point of transfer for the forbidden Lithuanian press. The most reliable and major helpers of the bishop were the Catholic parson Jonas Zabermanas from Tilsit (1815-1900) and the former priest of Seinai Diocese Antanas Brundza, who retreated to Prussia, running from the Tsarist authorities after a failed uprising of 1863-1864, and became a priest of a Catholic filial church of Ropkojai. In 1870, when the Prussian authorities extradited the priest of Ropkojai and several of his helpers to the Russian authorities, the priest Antanas Brundza was exiled to Arkhangelsk Governorate. The Tsarist Russian army invaded Ropkojai in 1914. 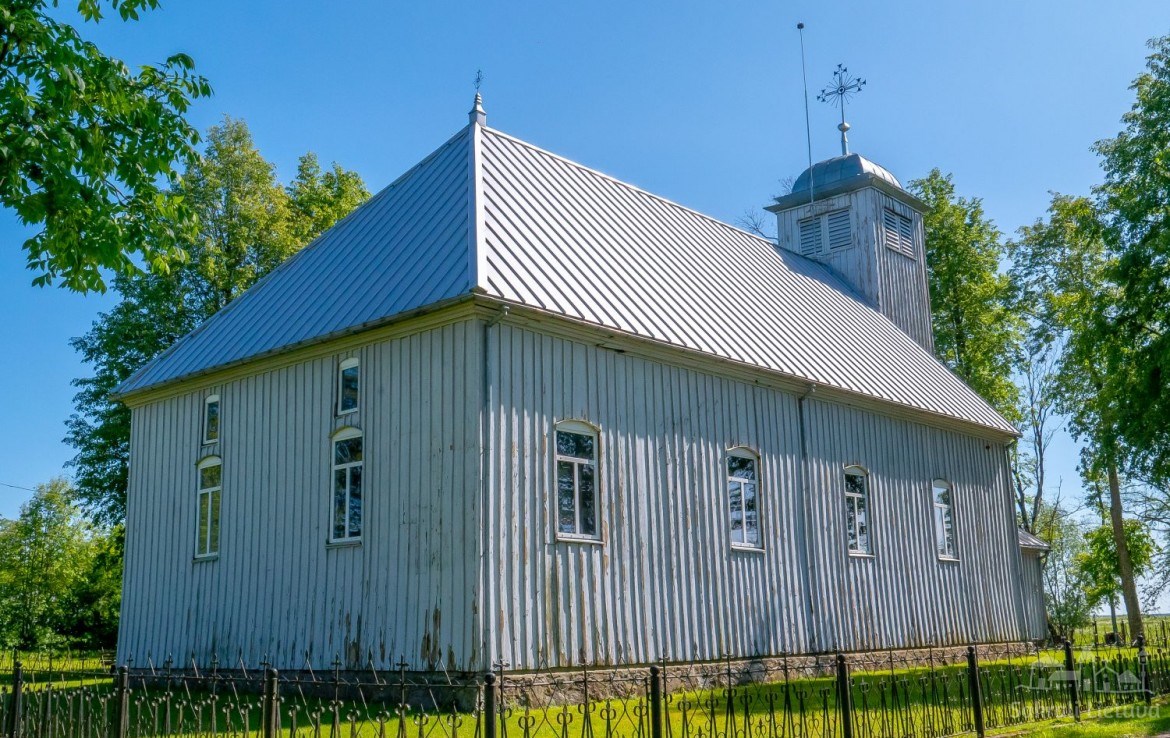 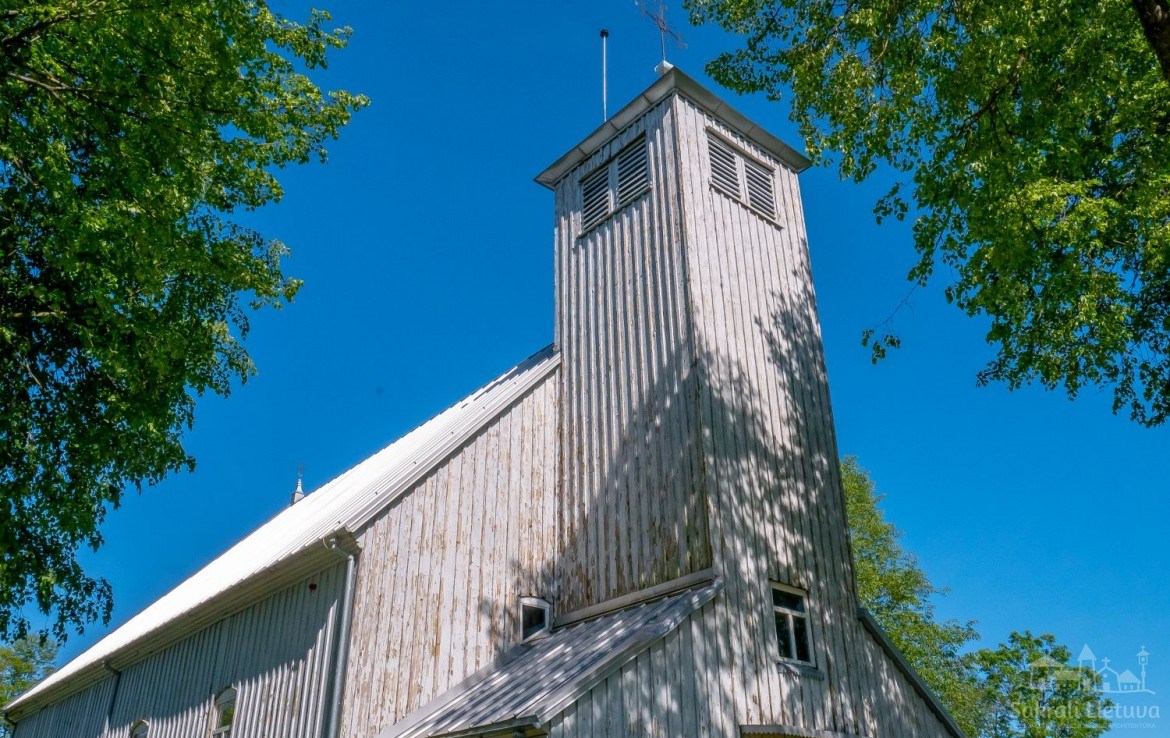 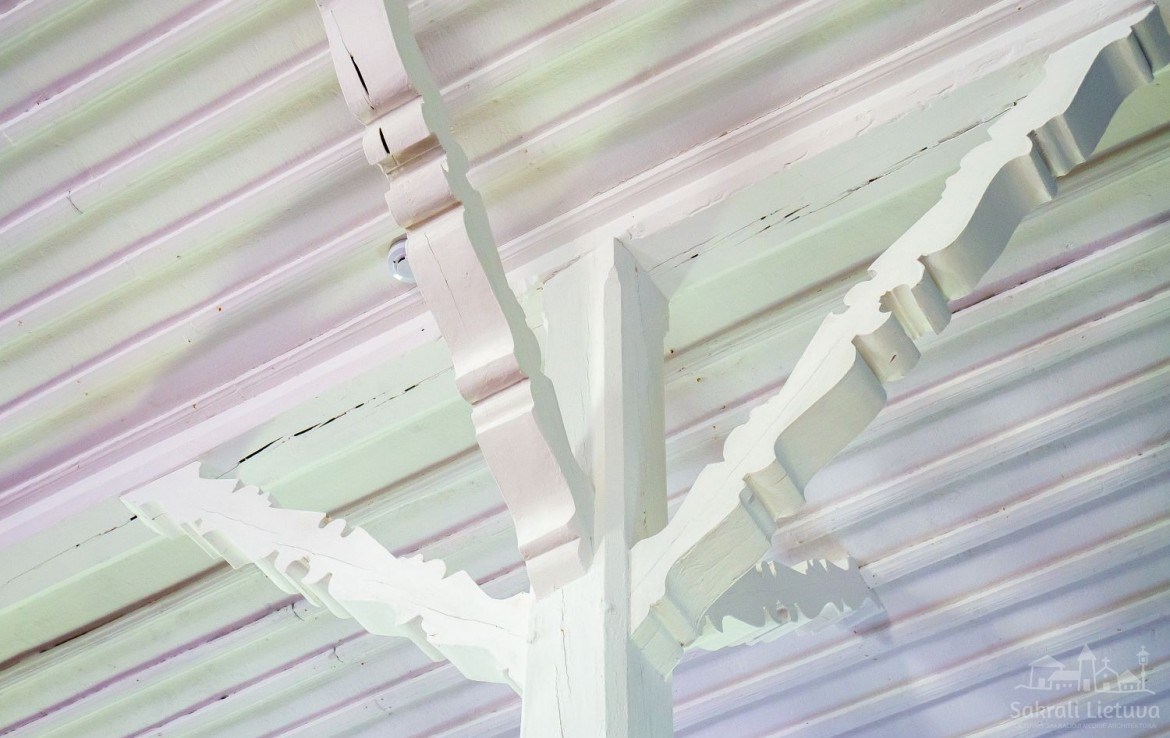 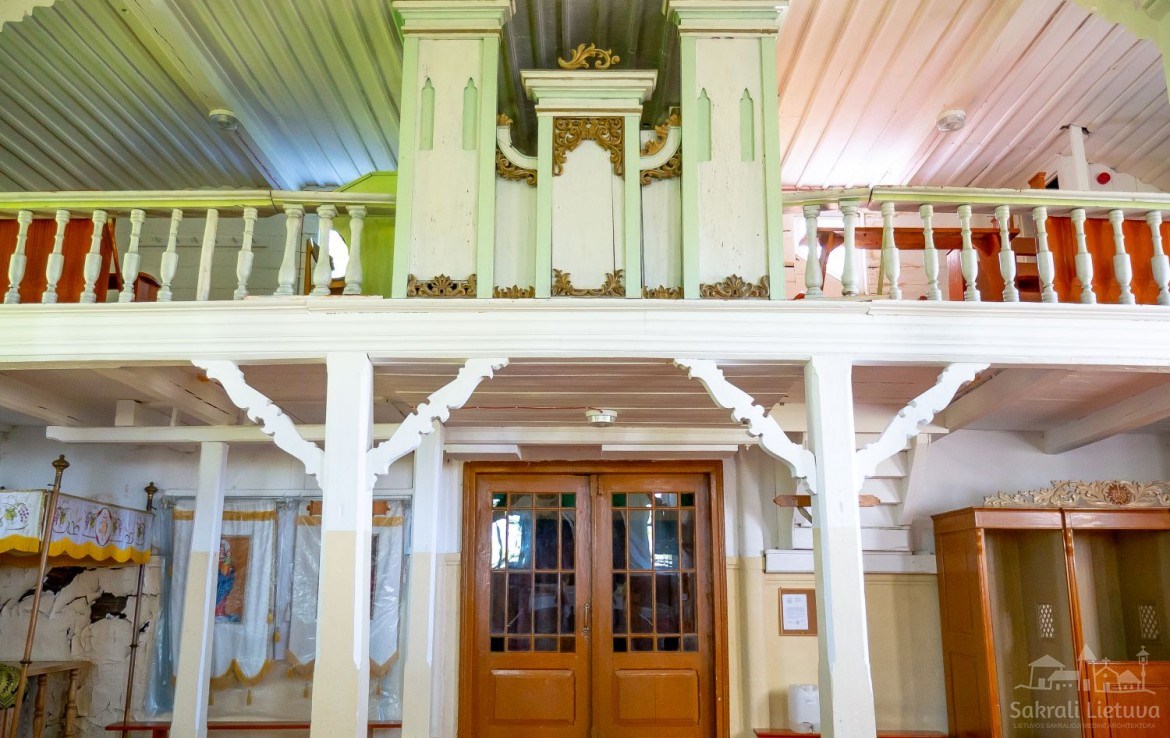 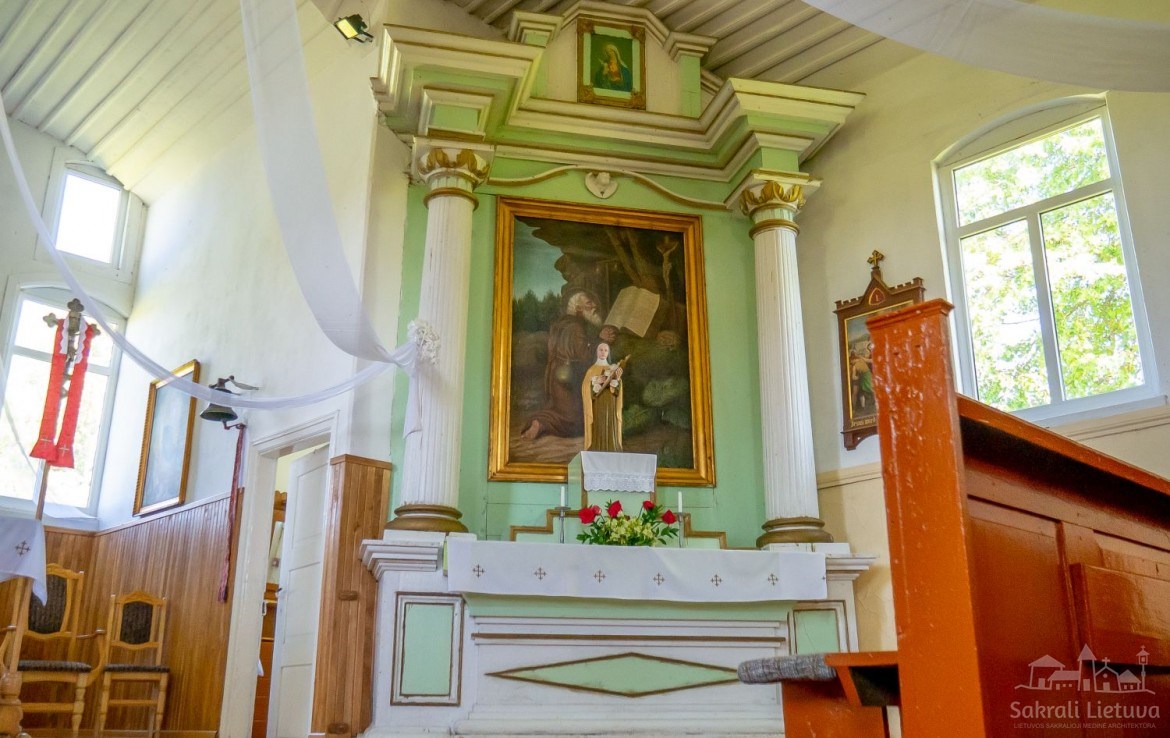 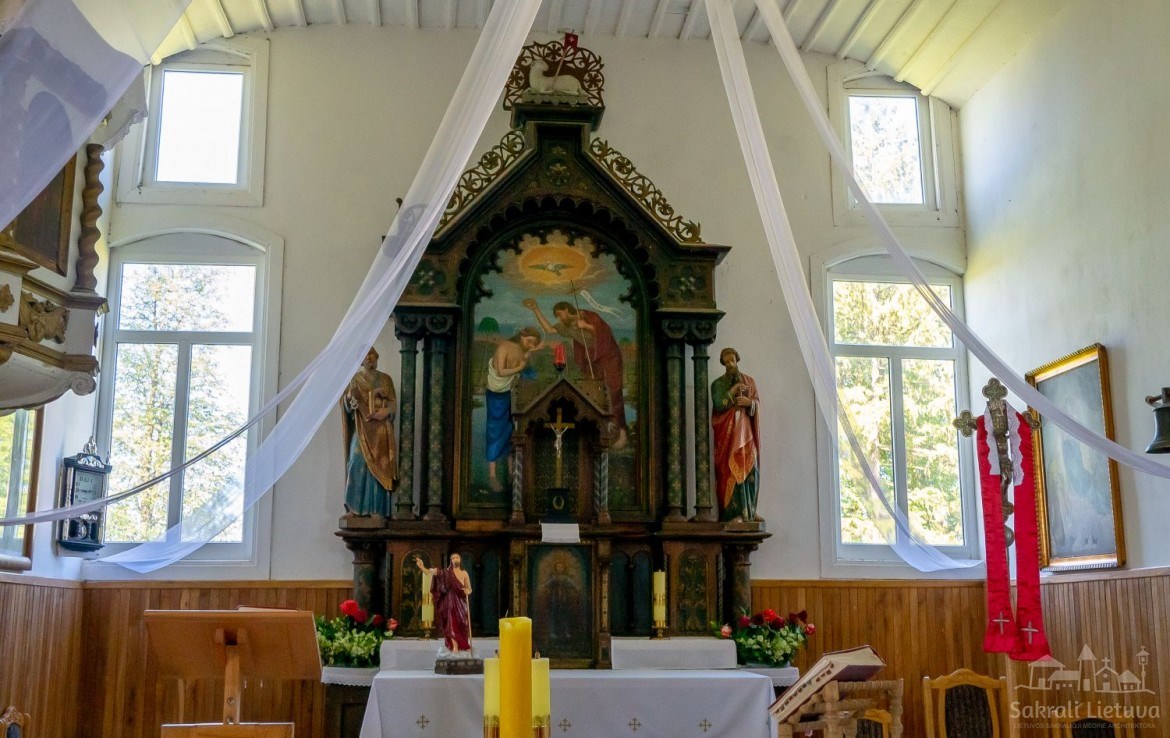 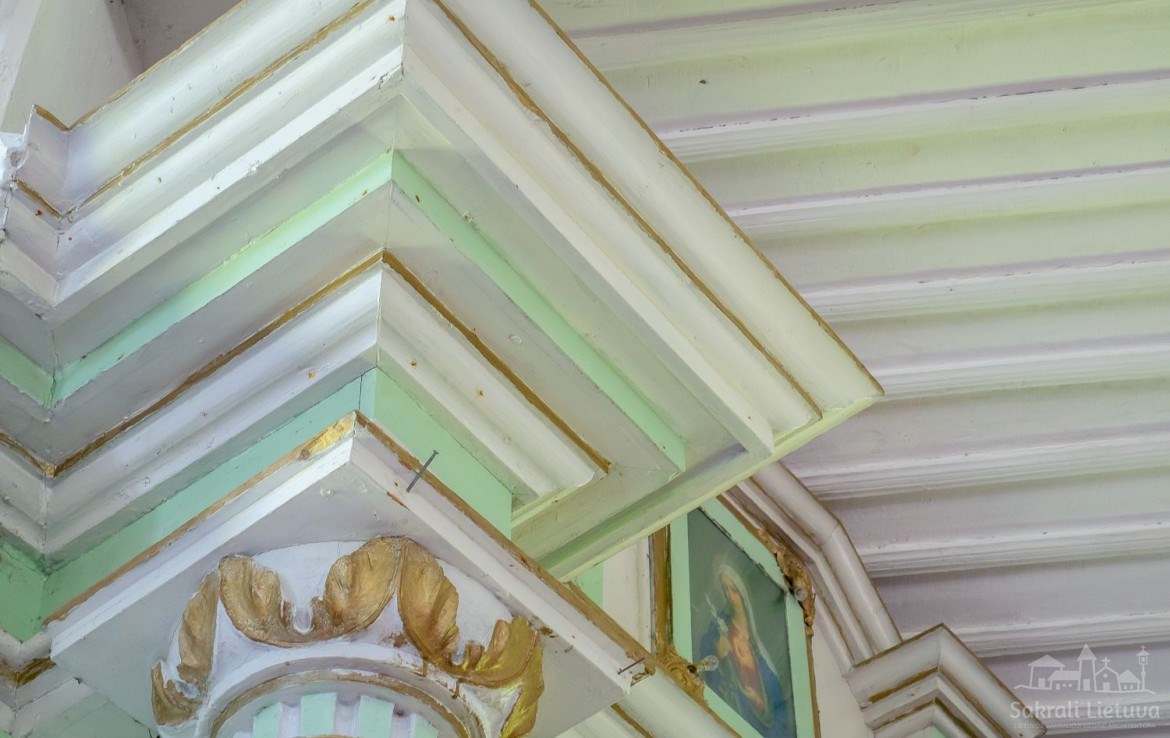 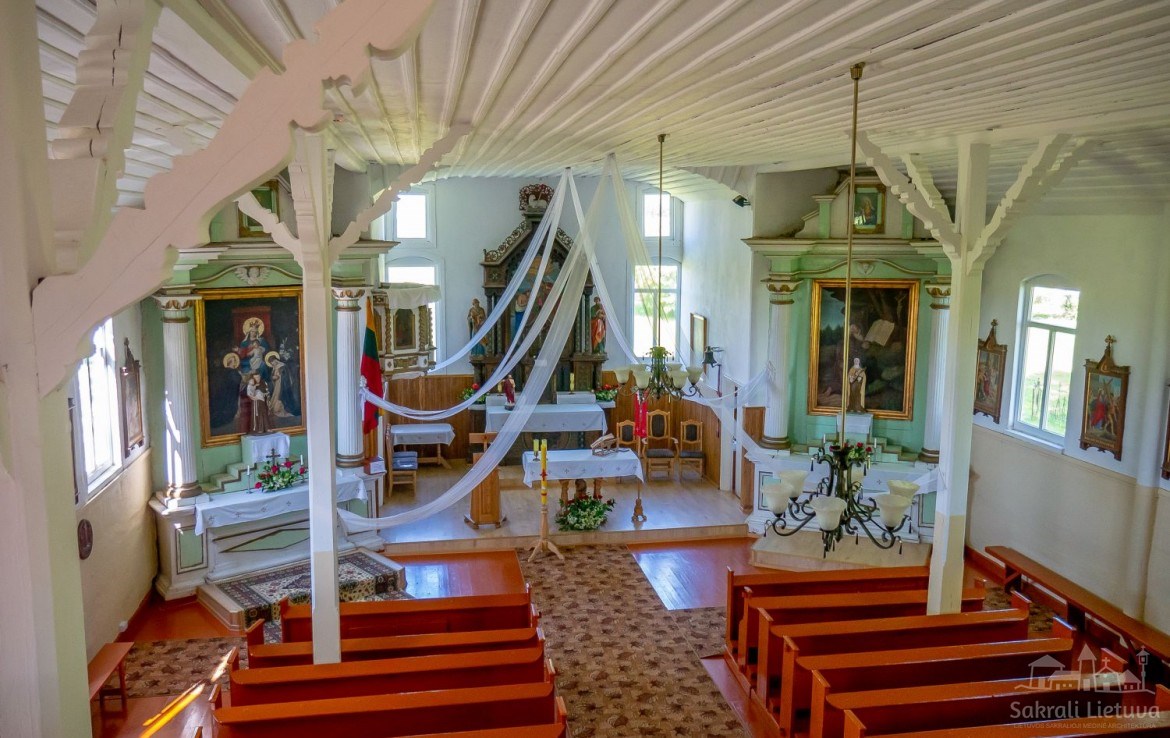 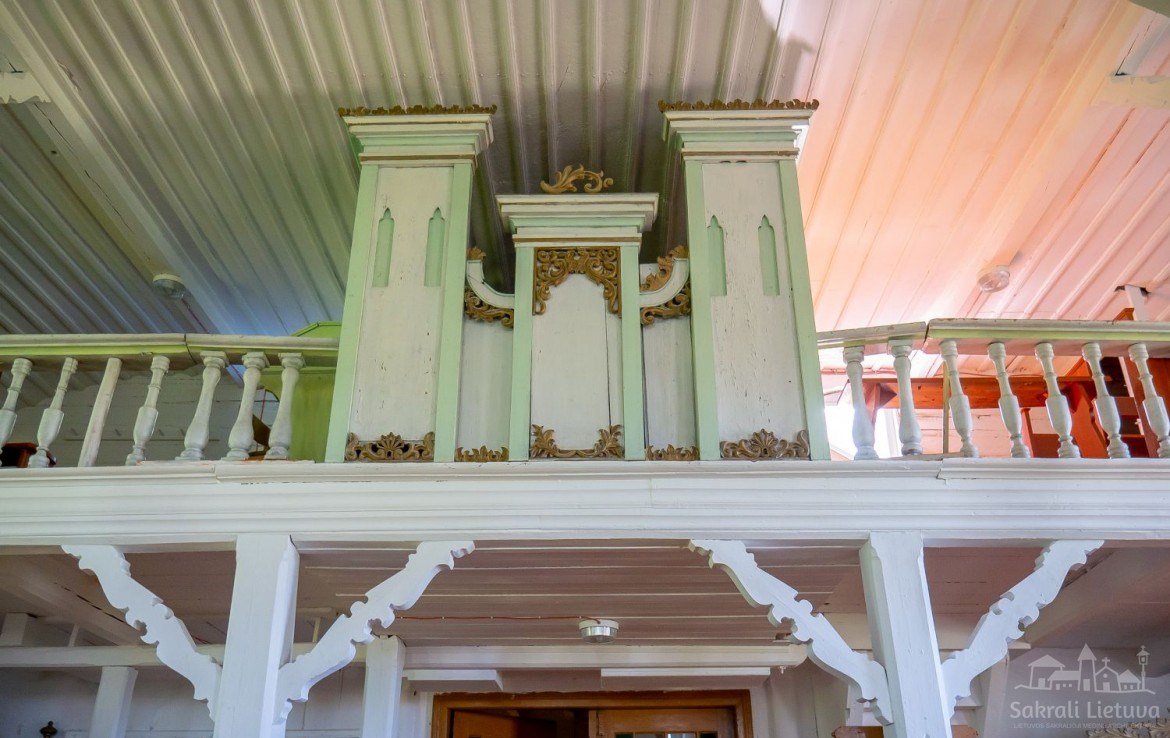 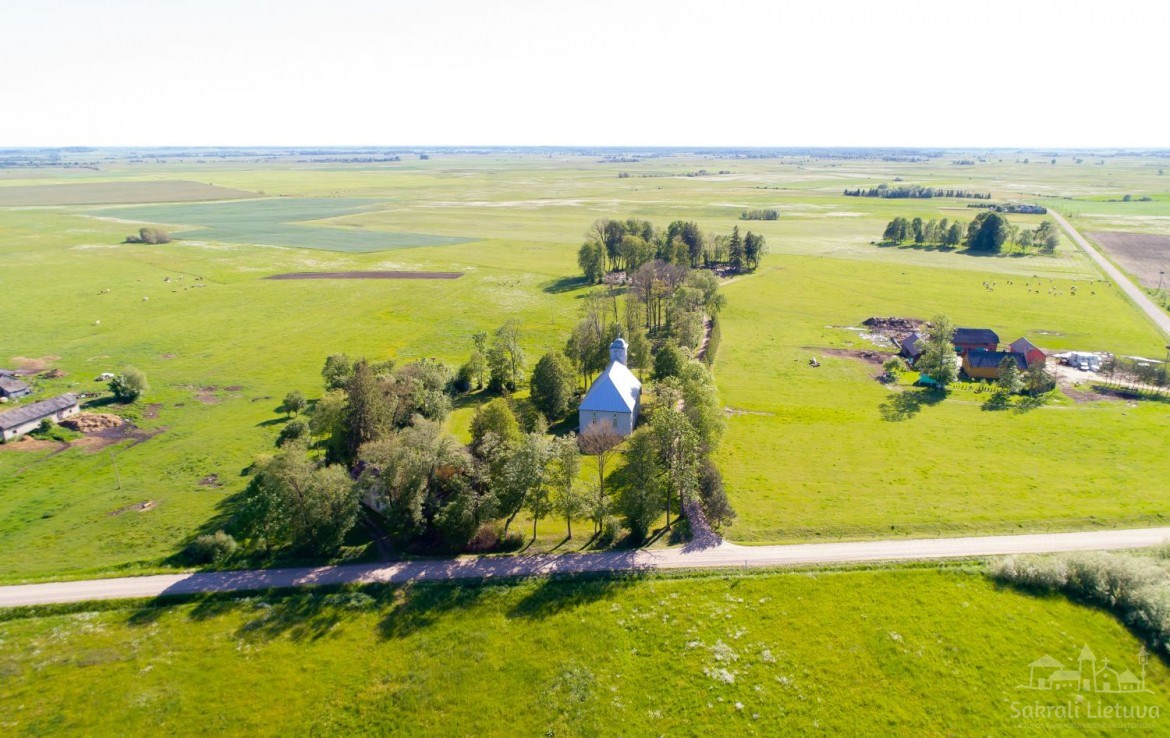 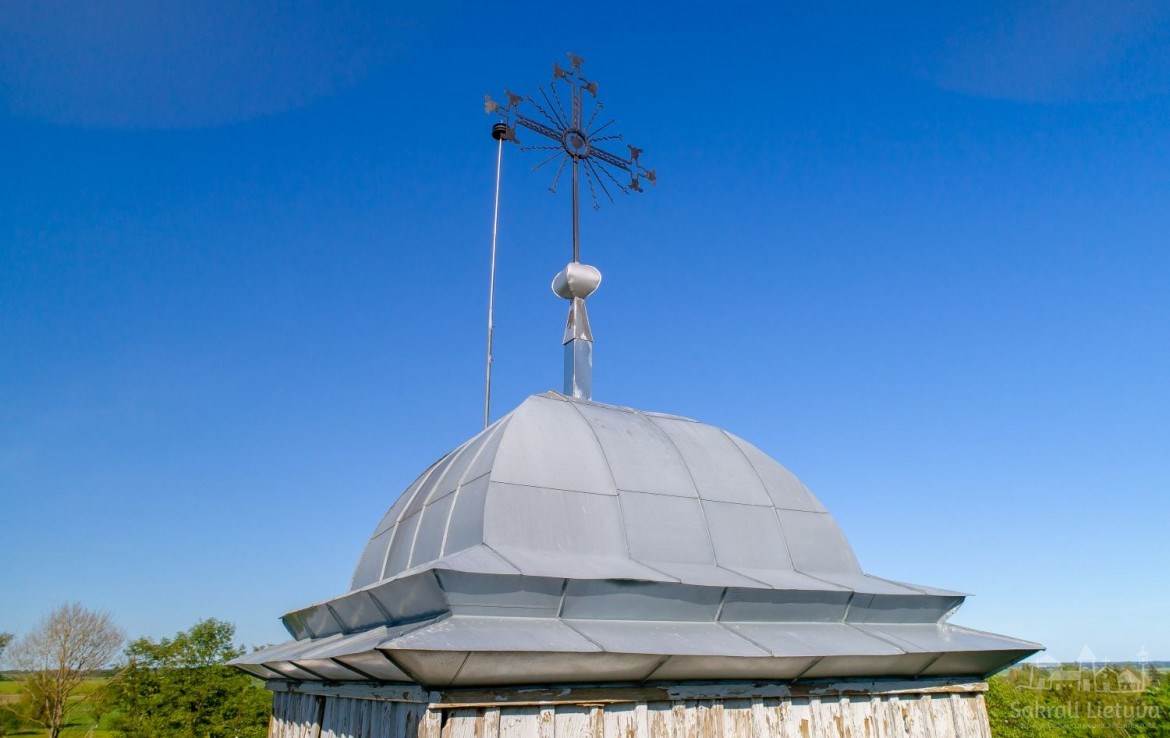 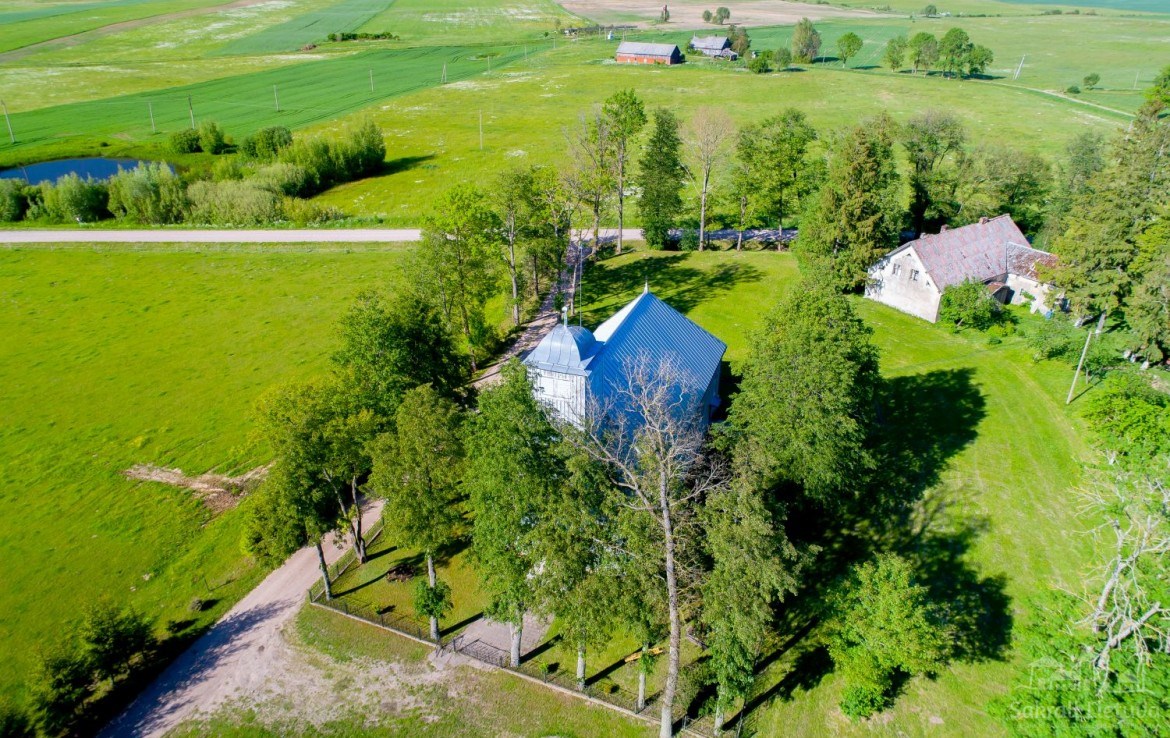 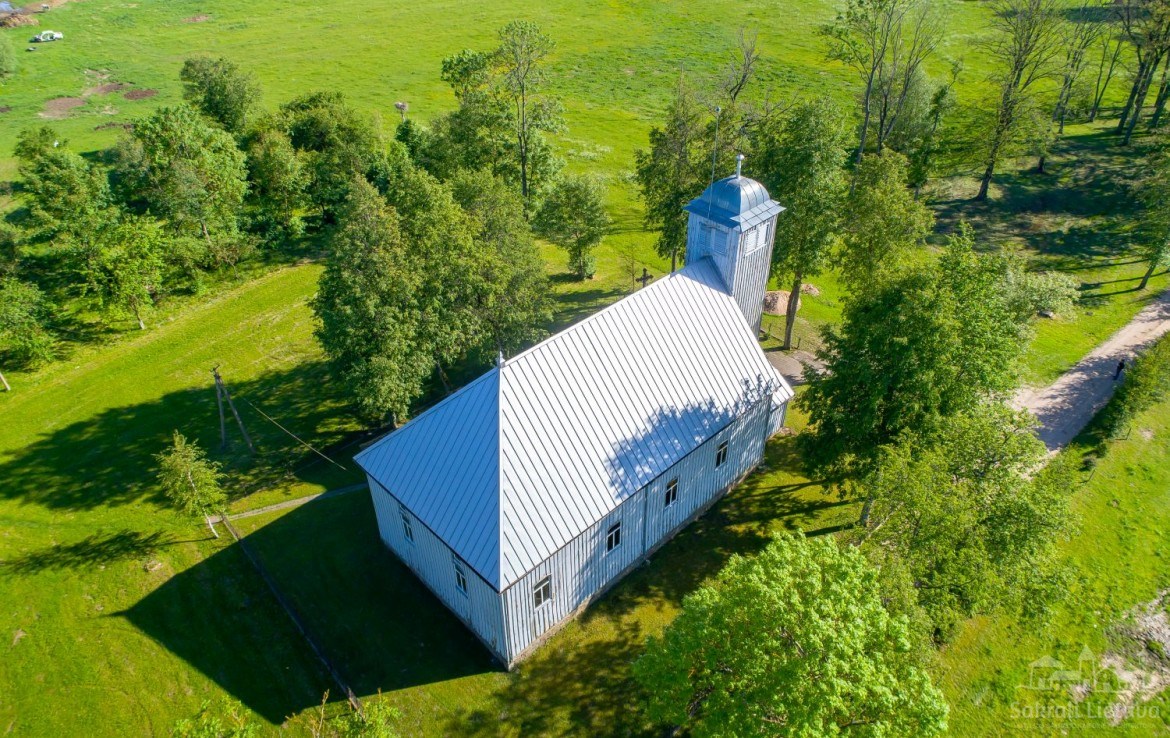 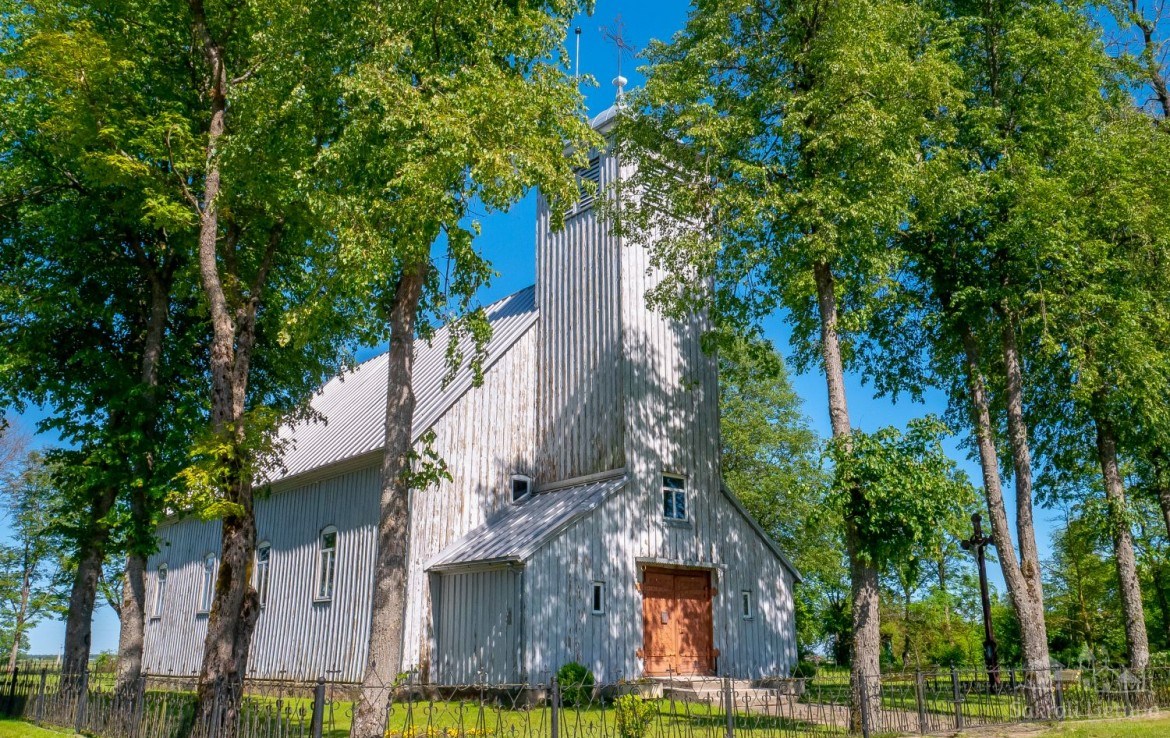 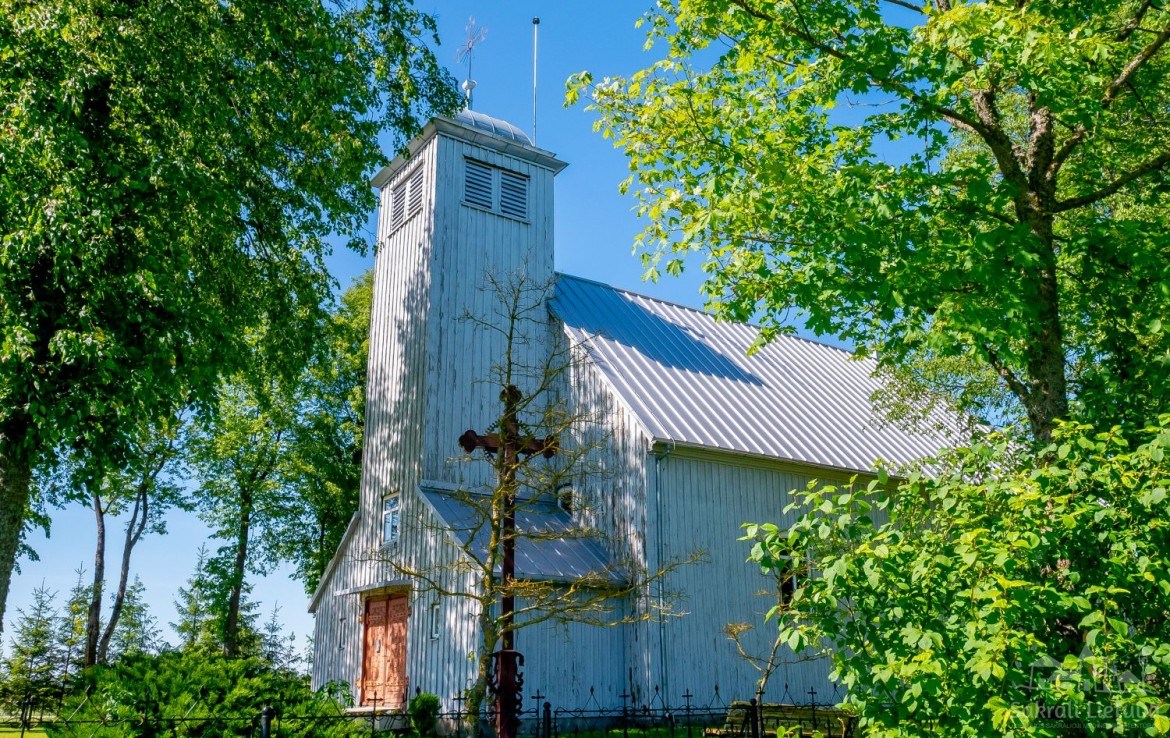 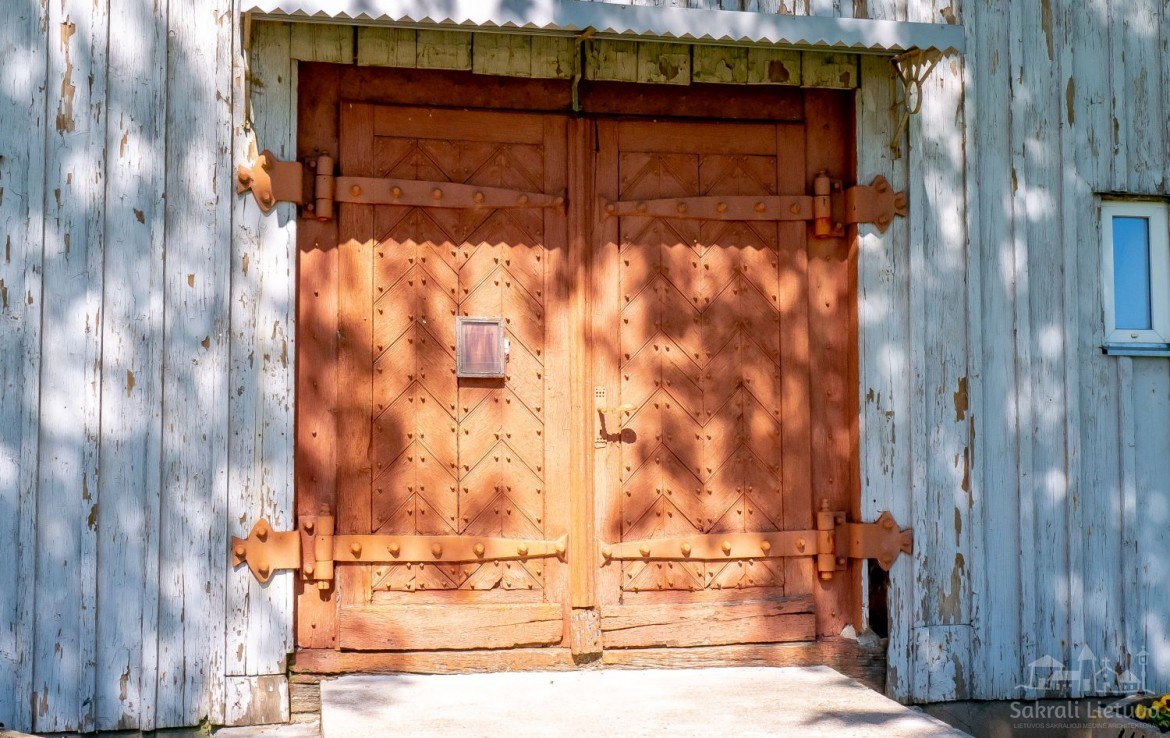