The chapel pole in Ringaudai, near Kaunas, may be attributed to the cross-crafting tradition of Suvalkija (Suwalki, Užnemunė). The crosses of this region were not characterized by a great variety of shapes and abundant ornamentation, which may be explained by the practicality of the Suvalkija inhabitants’ lifestyle, and less inclination to mysticism and romanticism. However, the region took over many details and decoration elements typical to Aukštaitija and Dzūkija.

The chapel pole of Ringaudai village was made in the 20th century by the woodworker Juozas Jonaitis. The chapel pole consists of a wooden pole carved in plant ornaments and an open chapel, with the roof supported by small, thin profiled posts on four corners. The chapel has a small wooden sculpture of the crucifix. The chapel pole is topped with an eight-sided decorative roof and an ornamented sun cross.

The “shining” sun, circles, small stylized suns and segmented stars on crosspieces of crosses symbolize eternal fire and light in Lithuanian cross-crafting. It also means perfection, eternity, and faithfulness, if a chapel pole decorates a country house, as the circle that connects the crosspieces is identified with the wedding ring. It is one of the world’s oldest symbols of sun and light, known in ancient Mesopotamia and India. In Christian Lithuanian folk culture, Christ is sometimes referred to as a star, which is why the star – the sun may also be considered a symbol of Christ.

You may see an interesting decorative element typical of folk sacral architecture of the chapel pole, namely bells adorning the under roof space and the bottom of the chapel. This is a motif quite often found in Lithuanian cross-carving: bells, dinger bells and other suspended items were thought to repel evil spirits. 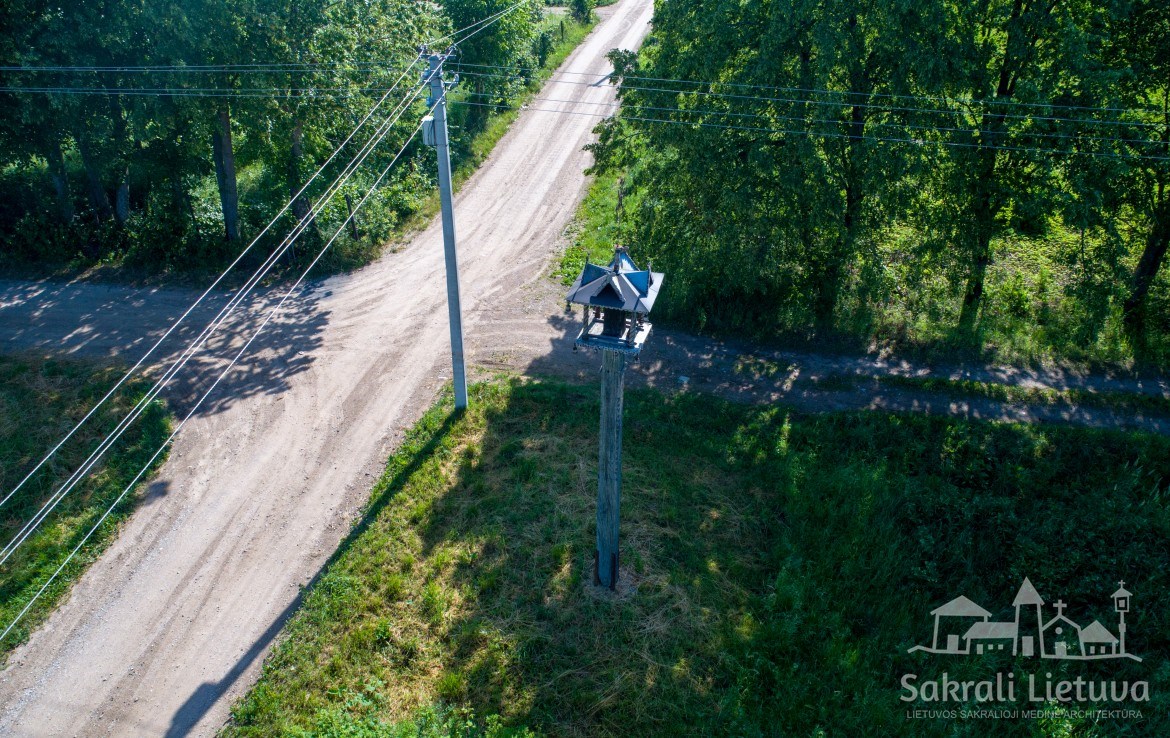 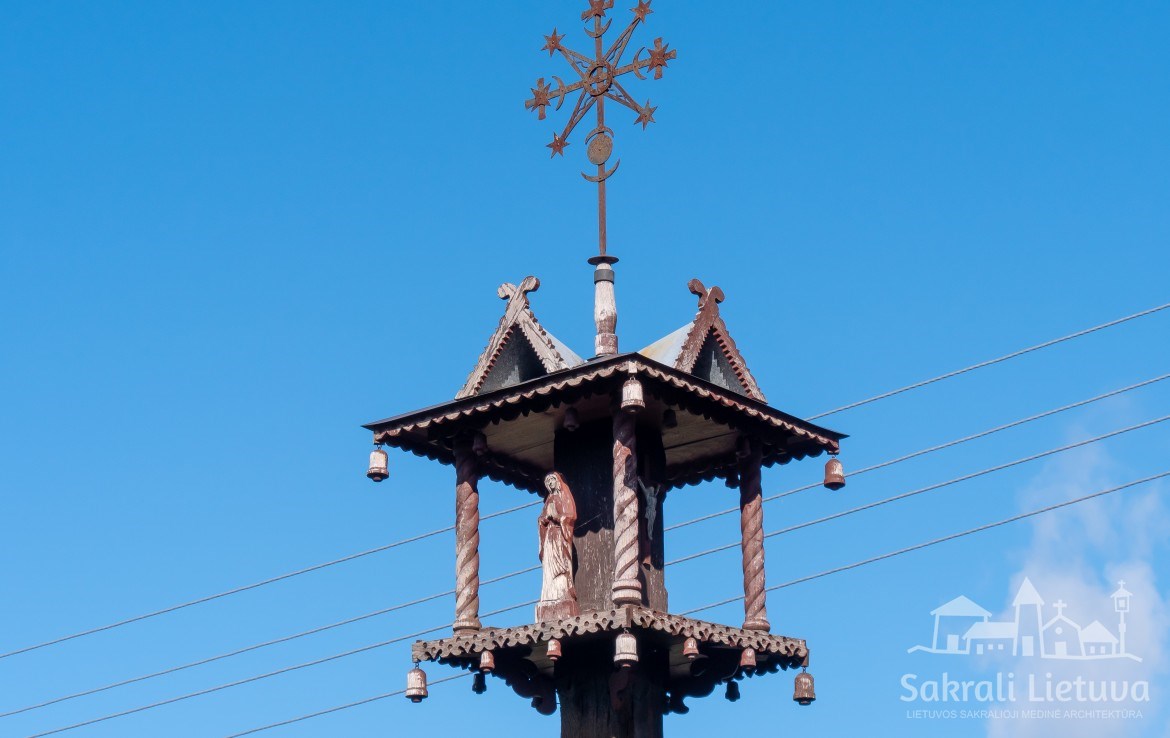 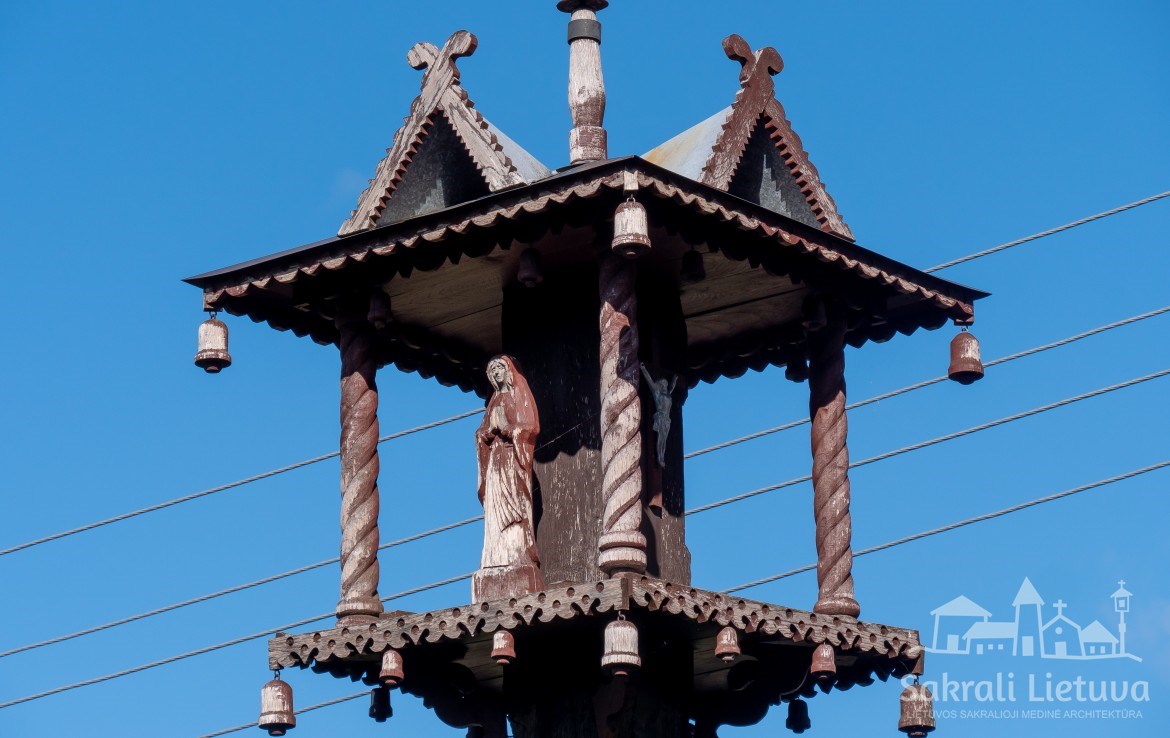 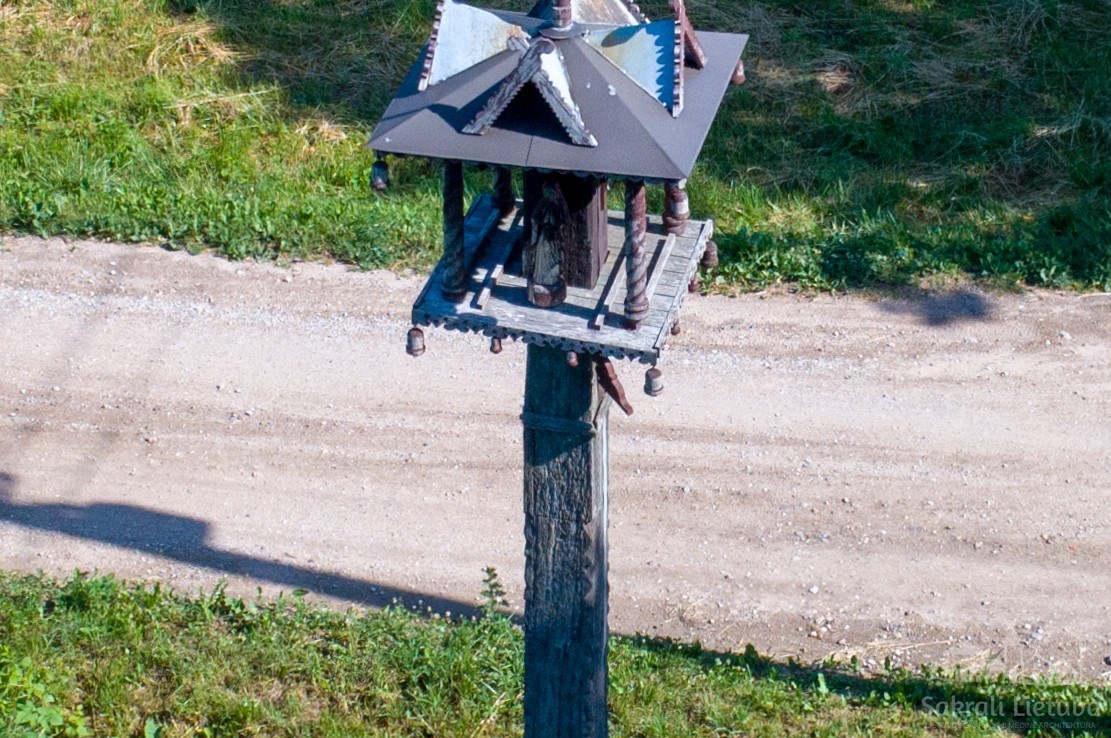 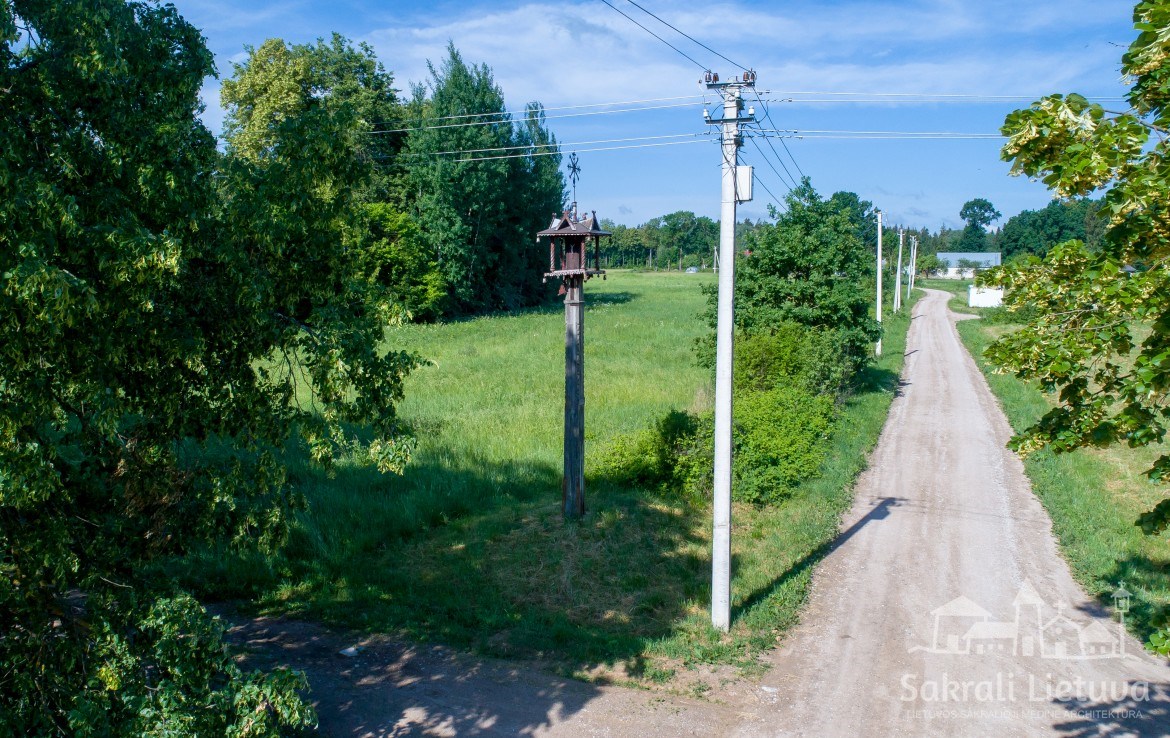 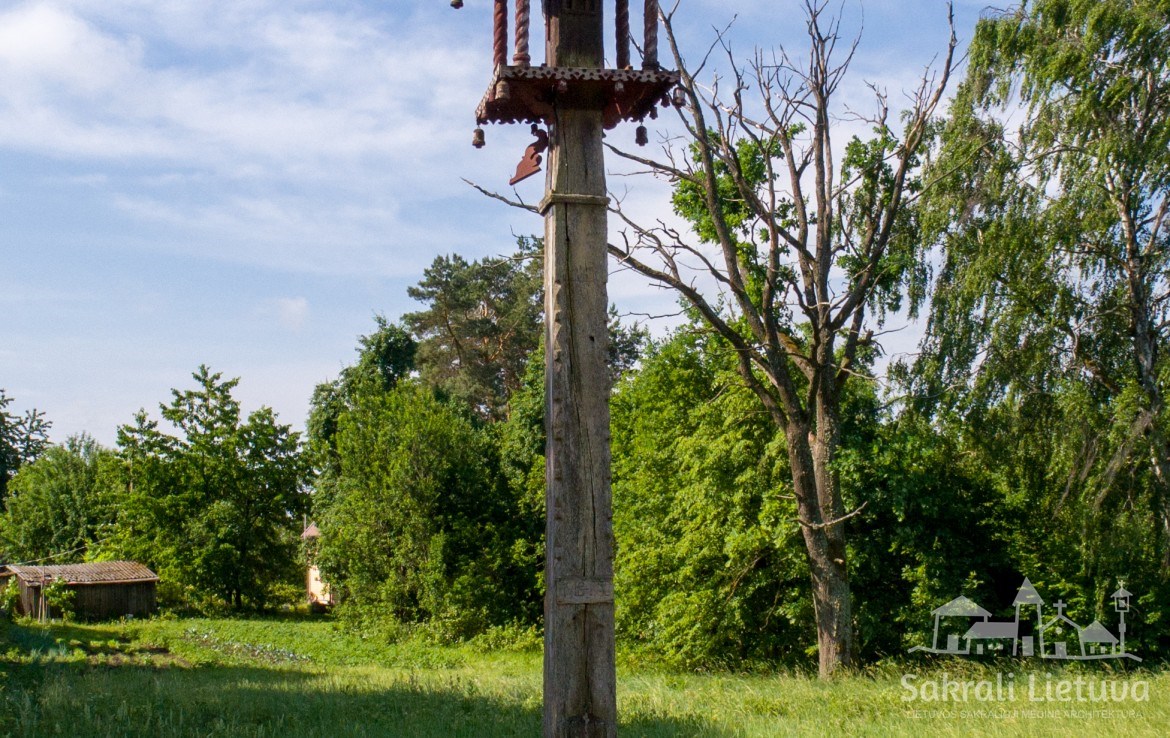 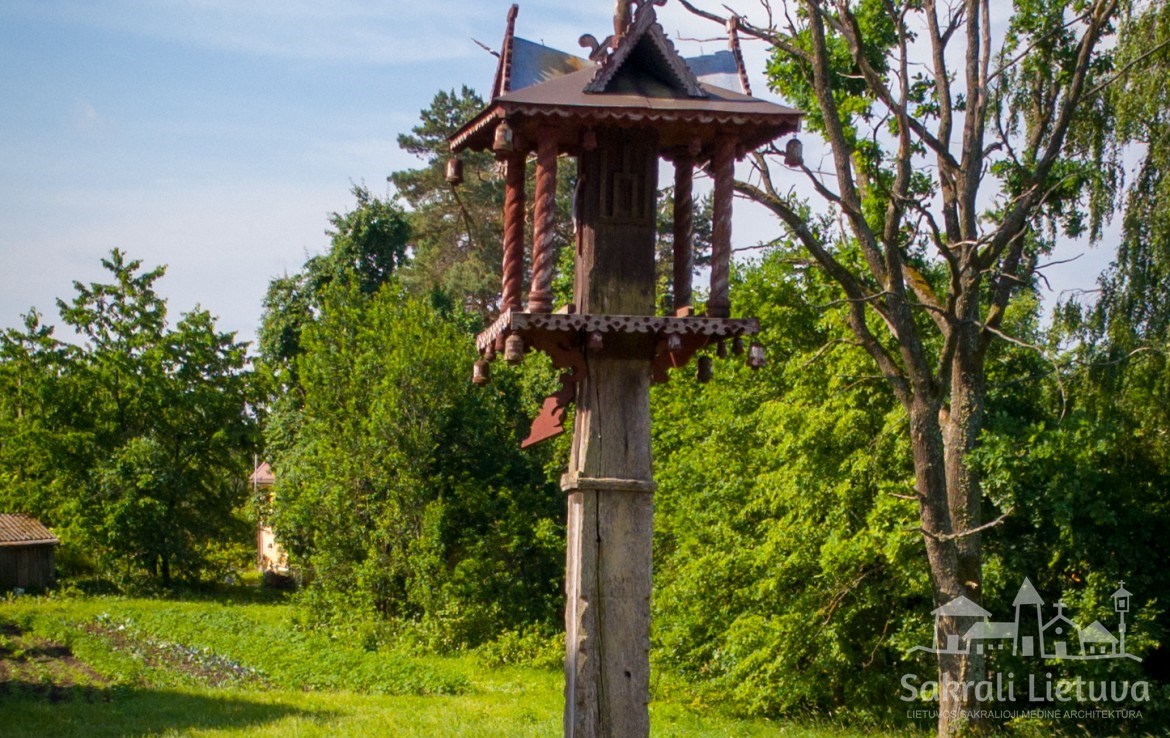 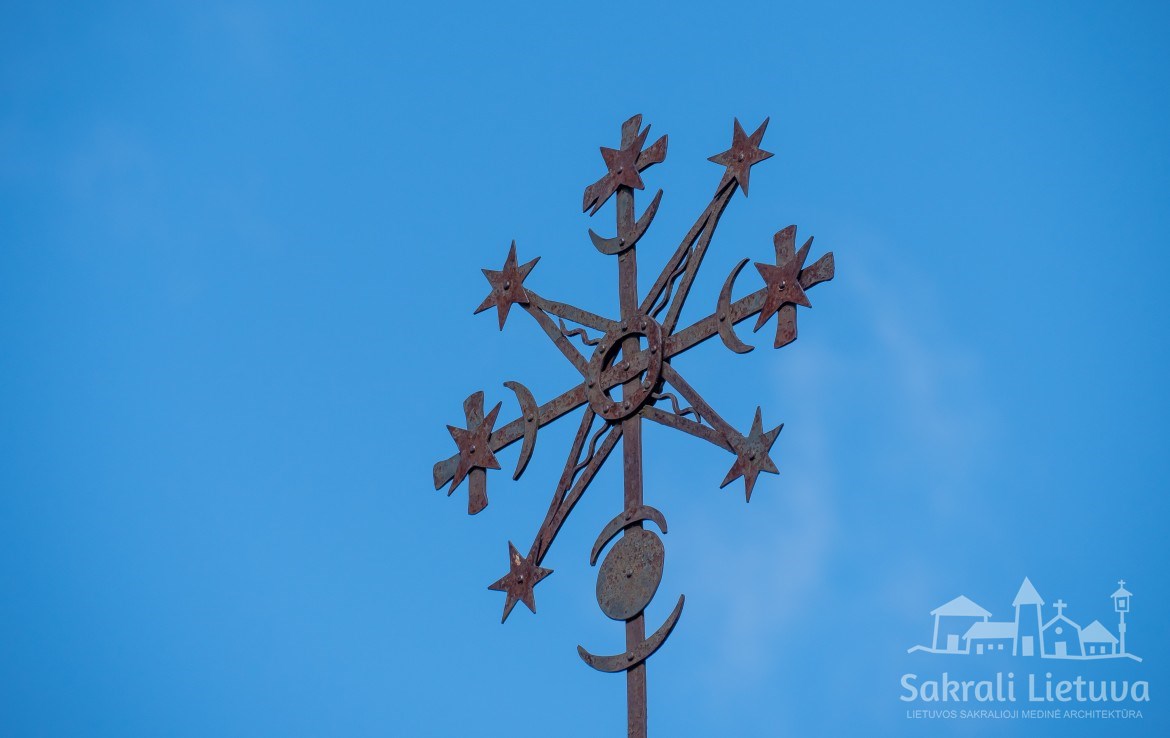 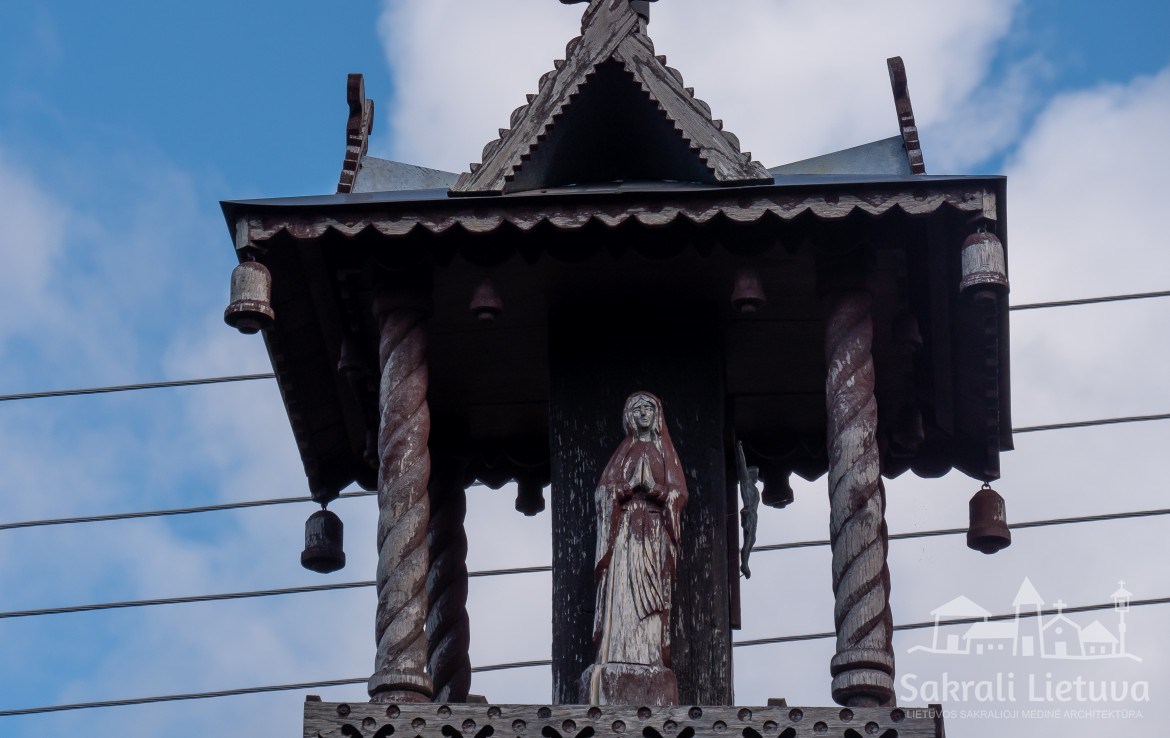 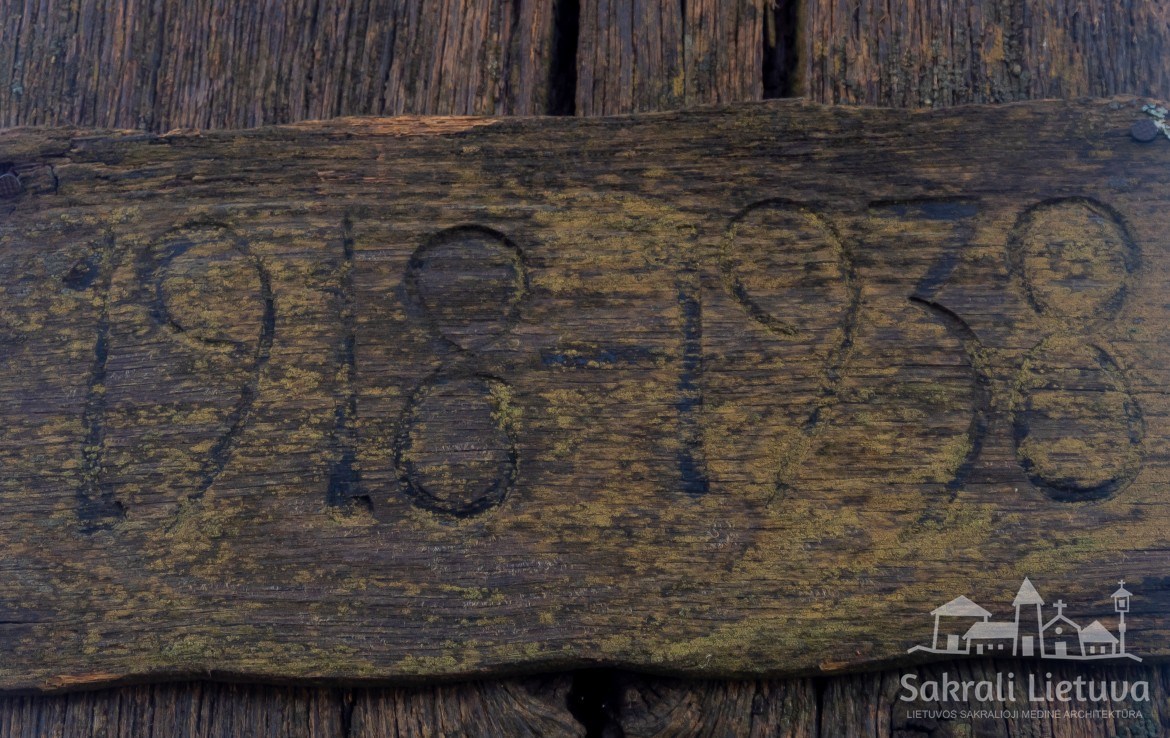 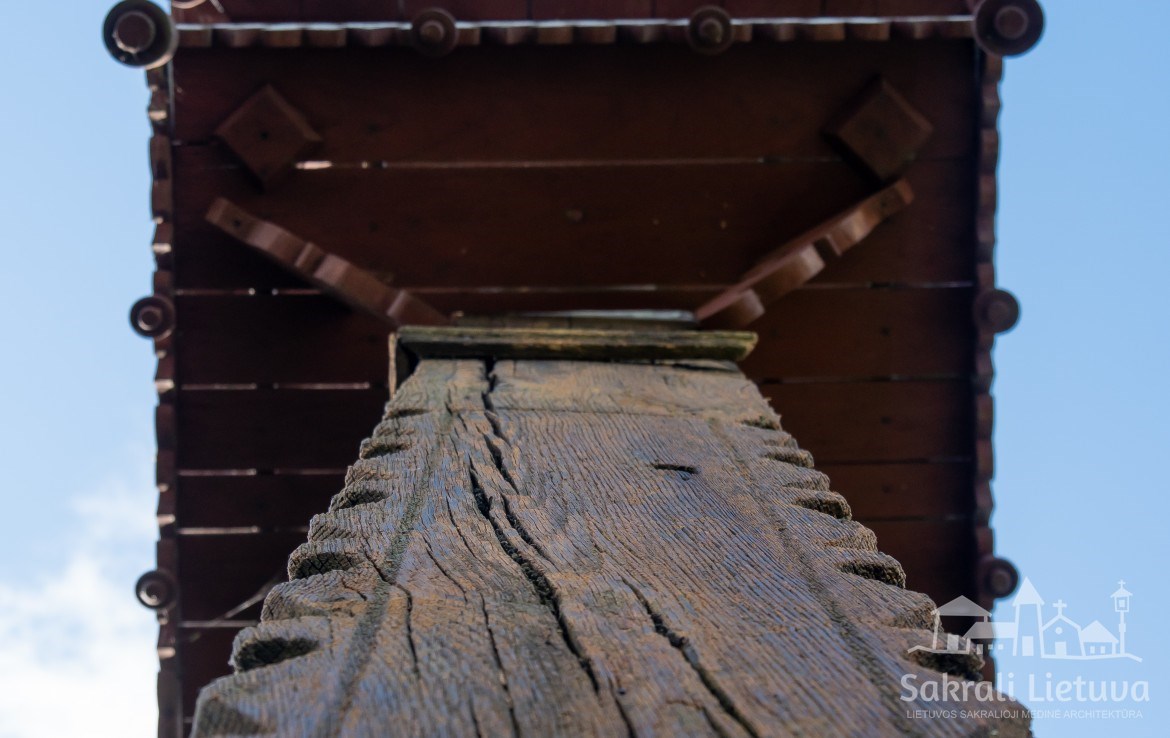 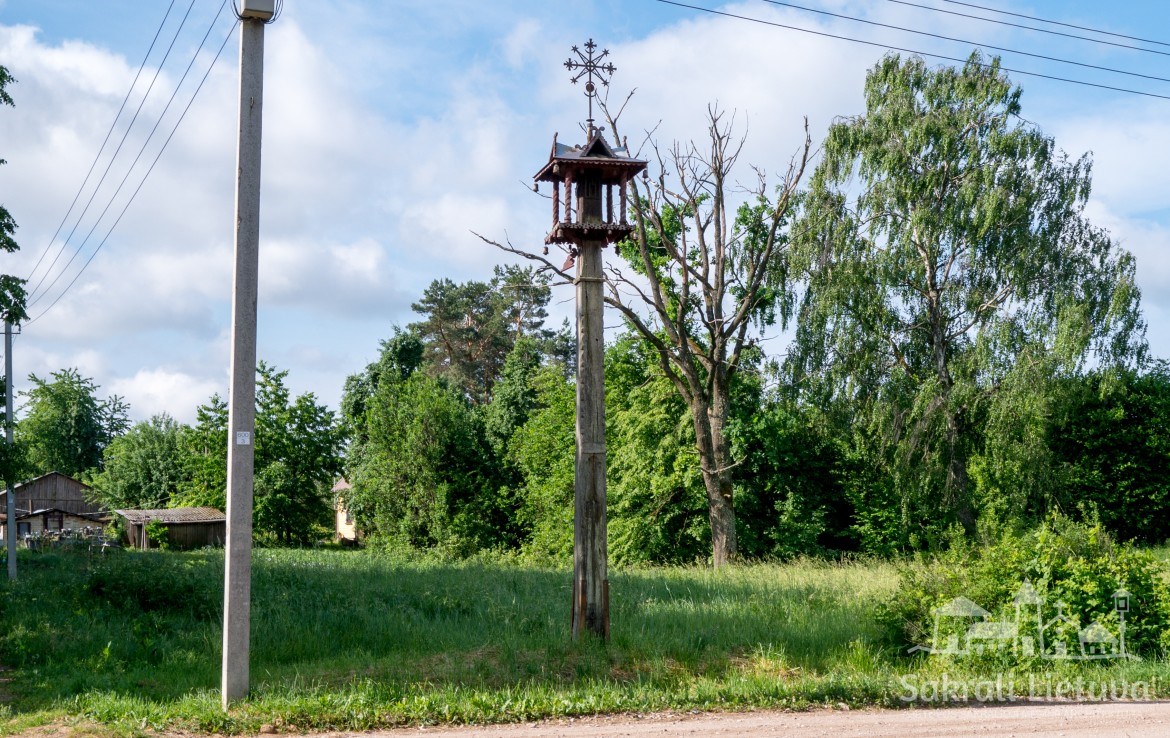 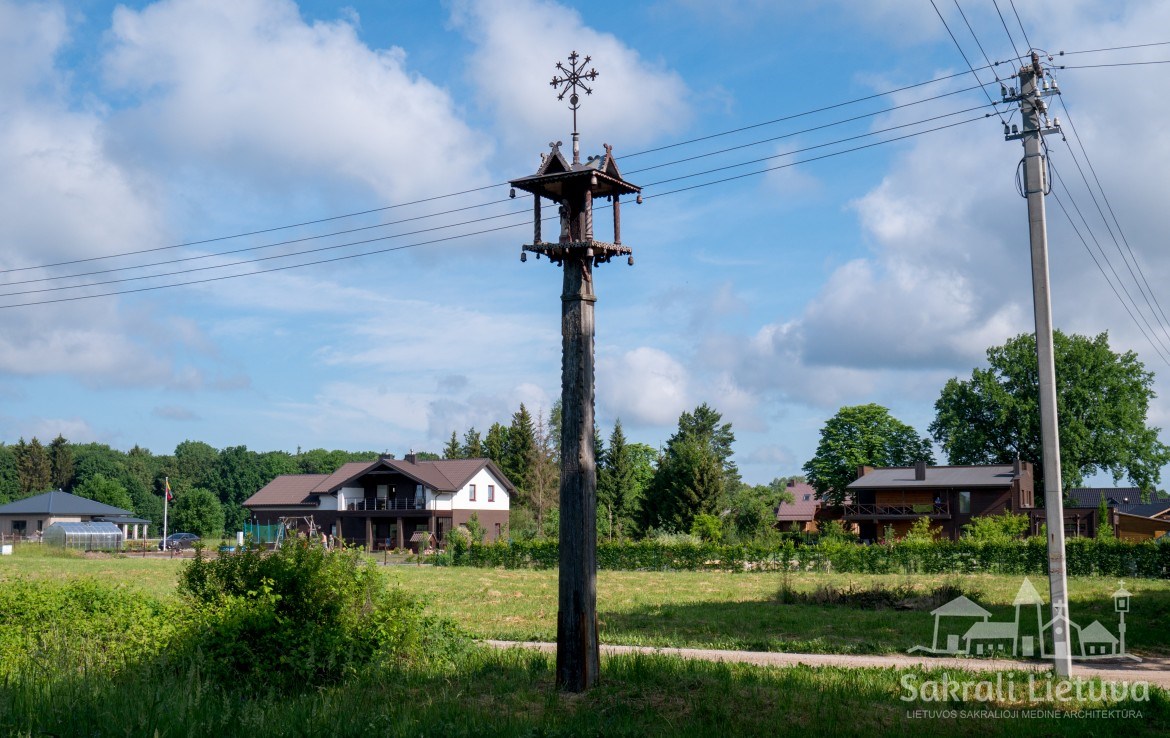 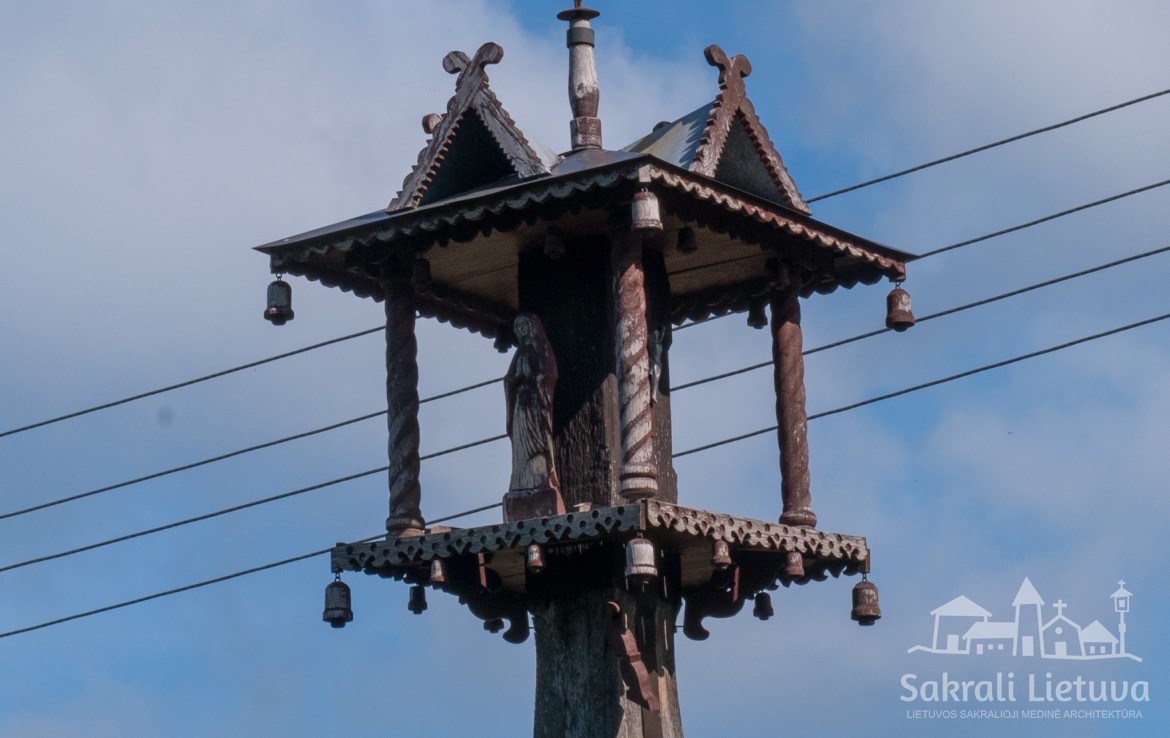 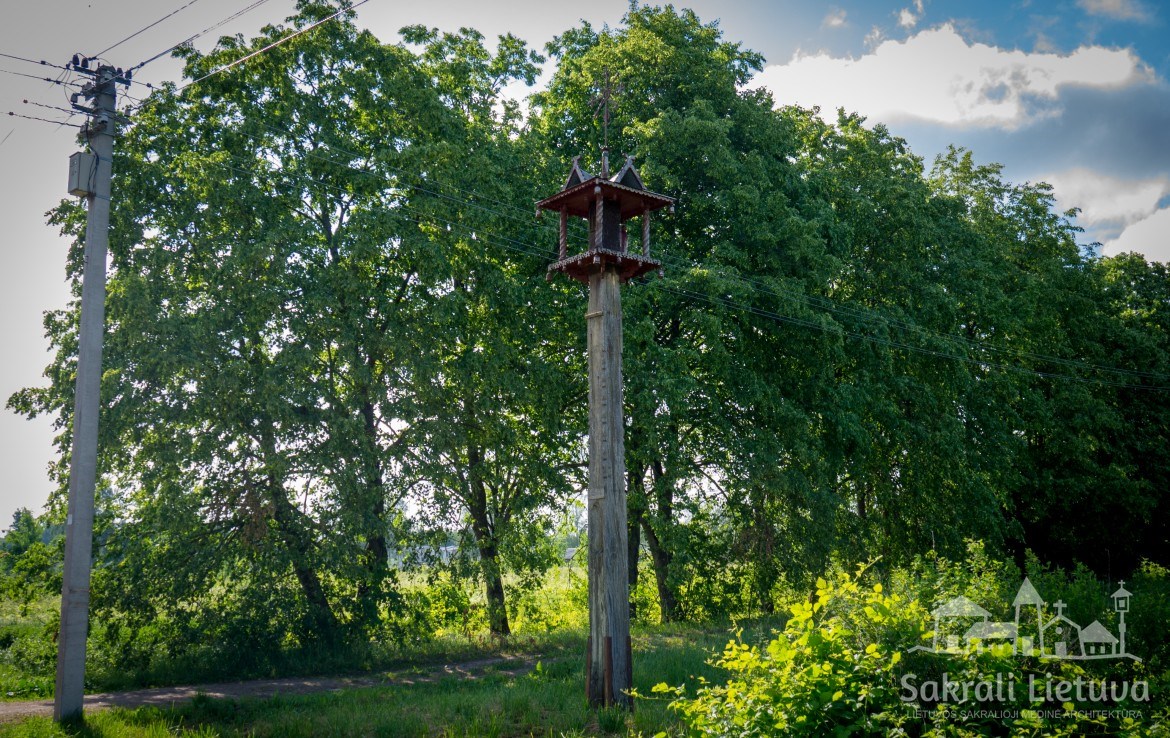 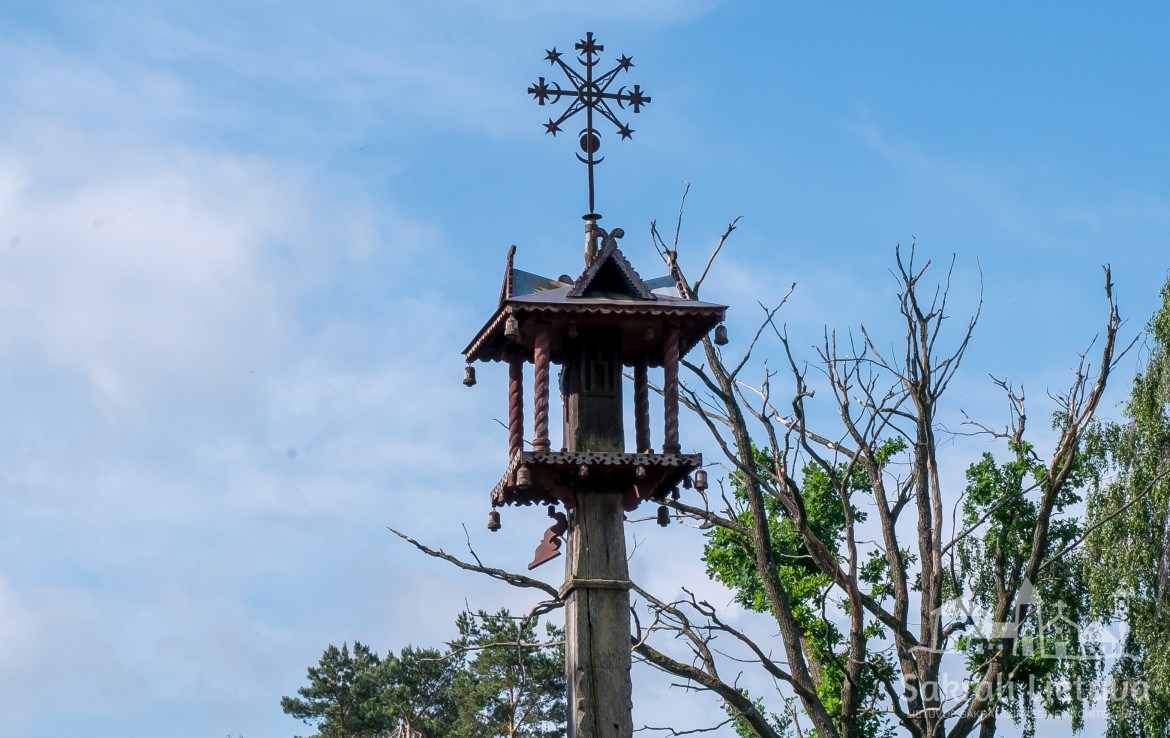