The first wooden parish church in Nemajūnai was built in 1786. When it decayed, the construction of a brick church began, but the Tsarist authorities stopped the construction. The existing wooden church was completed in 1878 based on a design of the well-known Lithuanian neo-Romanticist Tomas Tišeckis. The Tsarist Russian authorities did not like the initiative of the priest Anzelmas Nonevičius to arbitrarily initiate the construction of the church despite the prohibitions, which was fined by a fine as considerable as 150 rubles.

It is one of the few wooden churches in Lithuania with neo-Gothic features. Its builders tried to imitate the Gothic forms of St. Anne’s Church in Vilnius. Neo-Baroque and Classicist elements also complement the neo-Gothic forms. The church is symmetrical, of a rectangular layout, with a chapel on one side of the presbytery and a sacristy on the other. The building that has two towers of the octagonal base on the main facade, a dome above the presbytery, a quadrangular central turret and pinnacles, is richly adorned with other elements of exterior décor: ornamented crosses on the towers and peaks, wooden decorative finishing elements, fine partitions of windows and skylights. The majestic impression of the facades is created by woodwork finishing, which imitates tracery, pinnacles, rosettes and other decorative elements typical of Gothic masonry architecture. The sculpture of the crucifix is incorporated in the rear facade.

The interior church space is divided into three naves by rows of paired columns with extremely ornate Corinthian orders. Neo-Gothic altars, valuable paintings by K. Rafalavičius and N. Silvanavičius, an authentic pulpit, confessionals, chandeliers, a lamp with eternal flame have been preserved in the church.

Inside the church, one may see the unique, legendary, authentic 19th century carpet made of brides’ sashes, considered a unique cultural heritage. In the past, brides had a tradition to weave a sash to be donated to the church before their weddings. 64 such sashes were later used to pleat the carpet. Legend has it that if one has bad luck in finding a partner or needs reinforcement in love affairs or lacks of harmony in the family relations, it is enough to come and touch this carpet.

Several years ago the church was reconstructed, a heating system was installed, and the buildings belonging to the church were maintained. They are now open for overnight stays: pilgrims, travelers, artists participating in plein airs stay there. 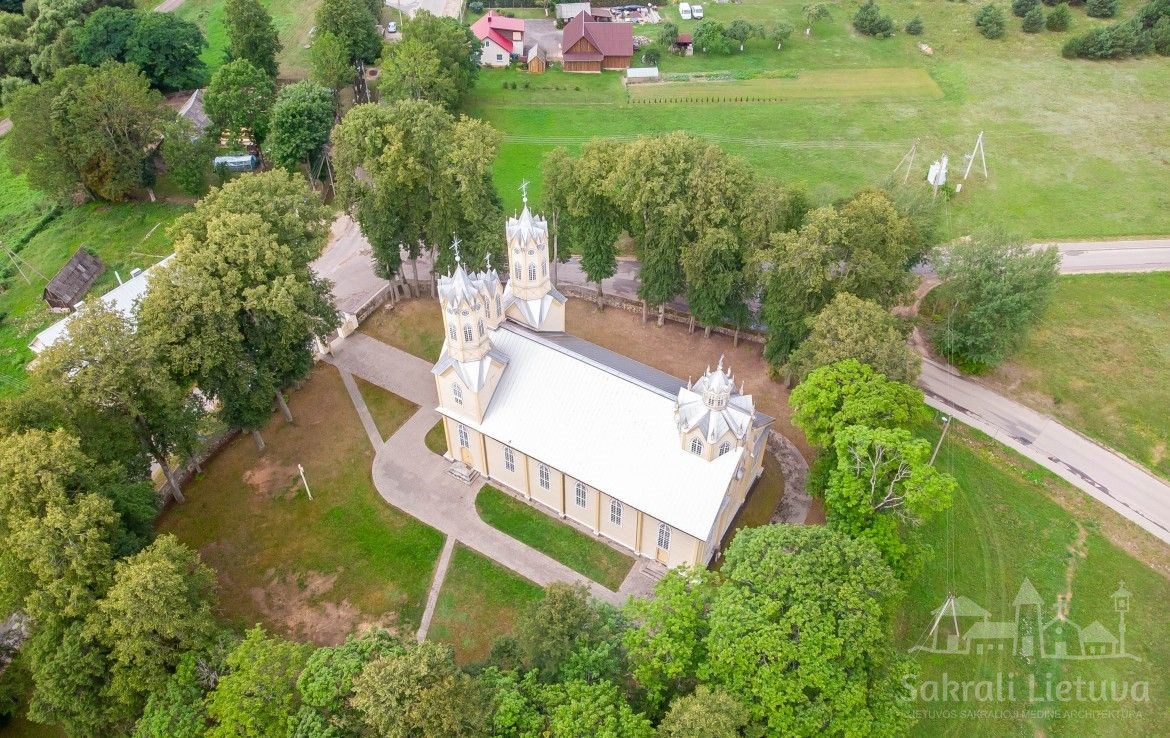 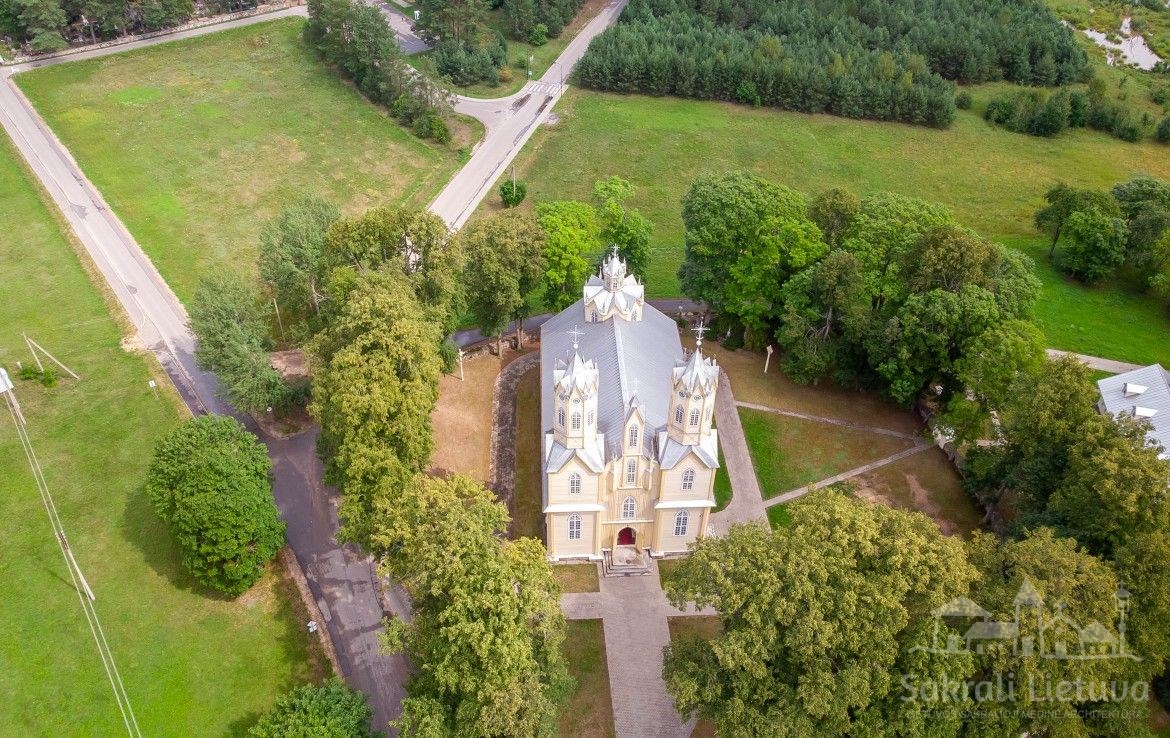 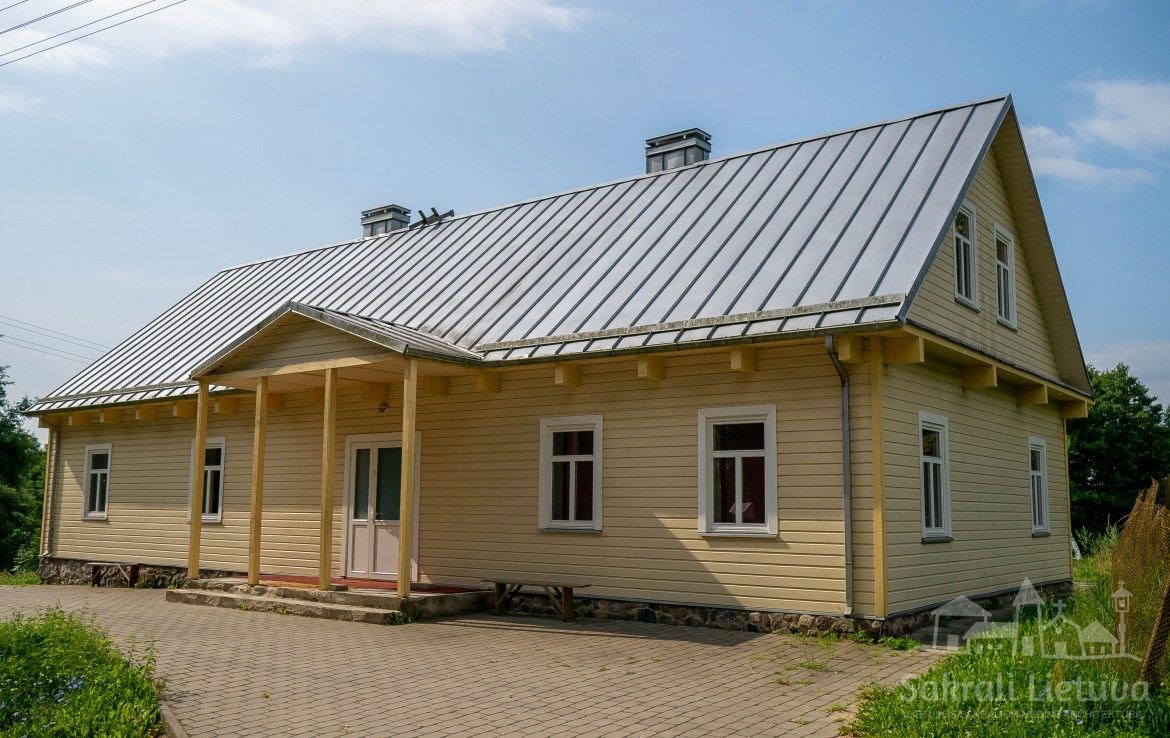 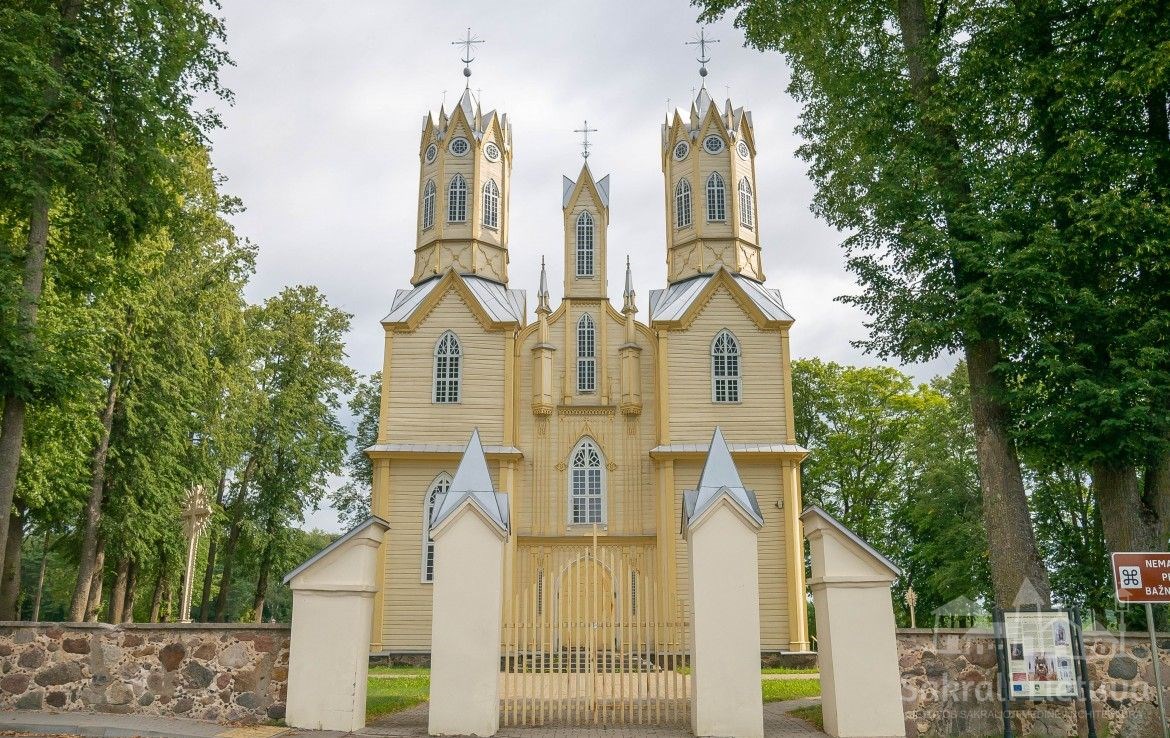 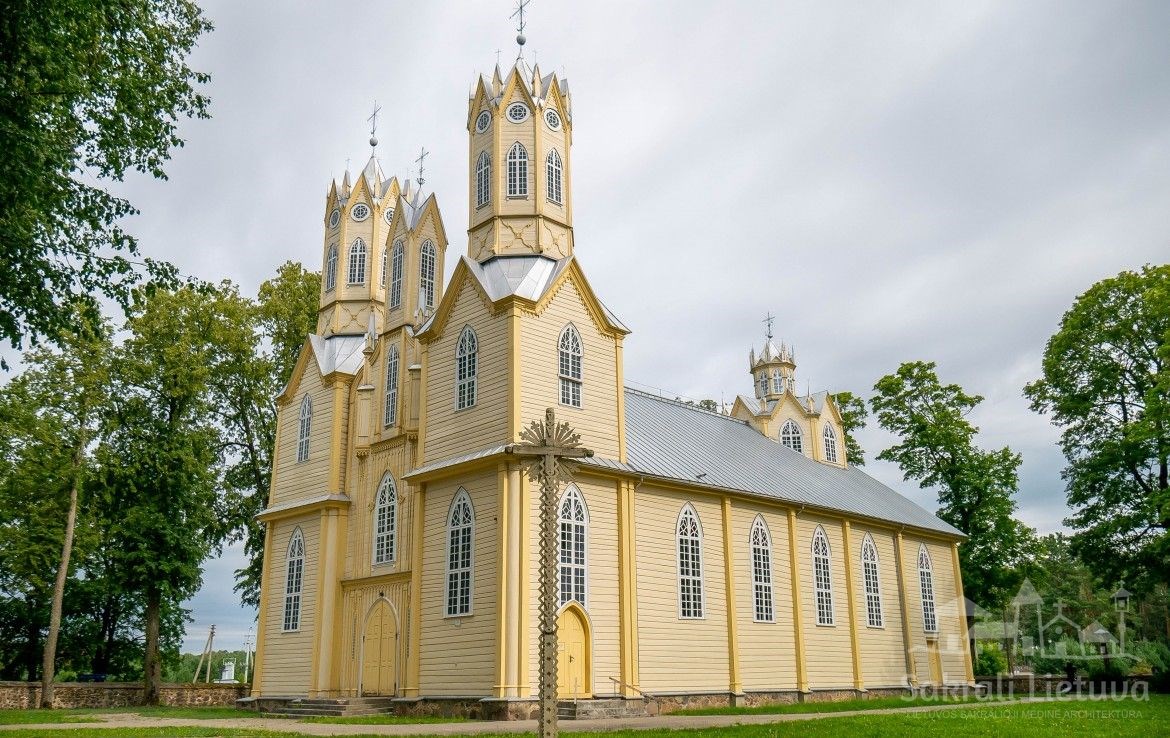 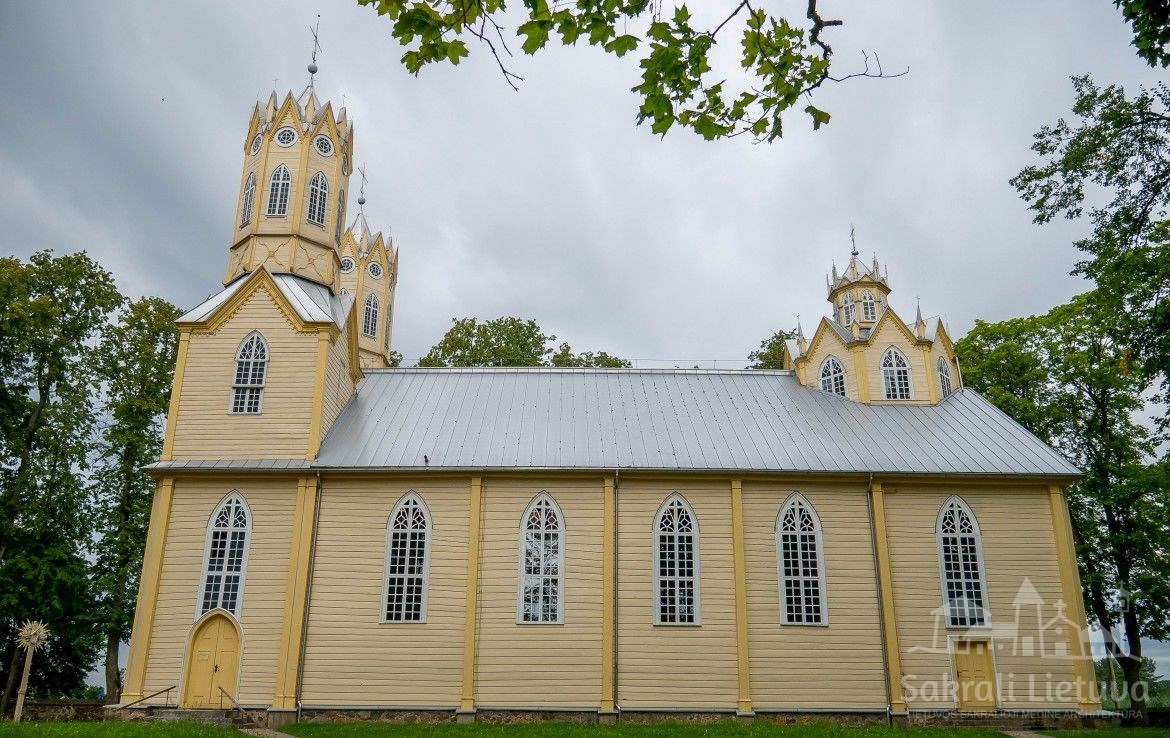 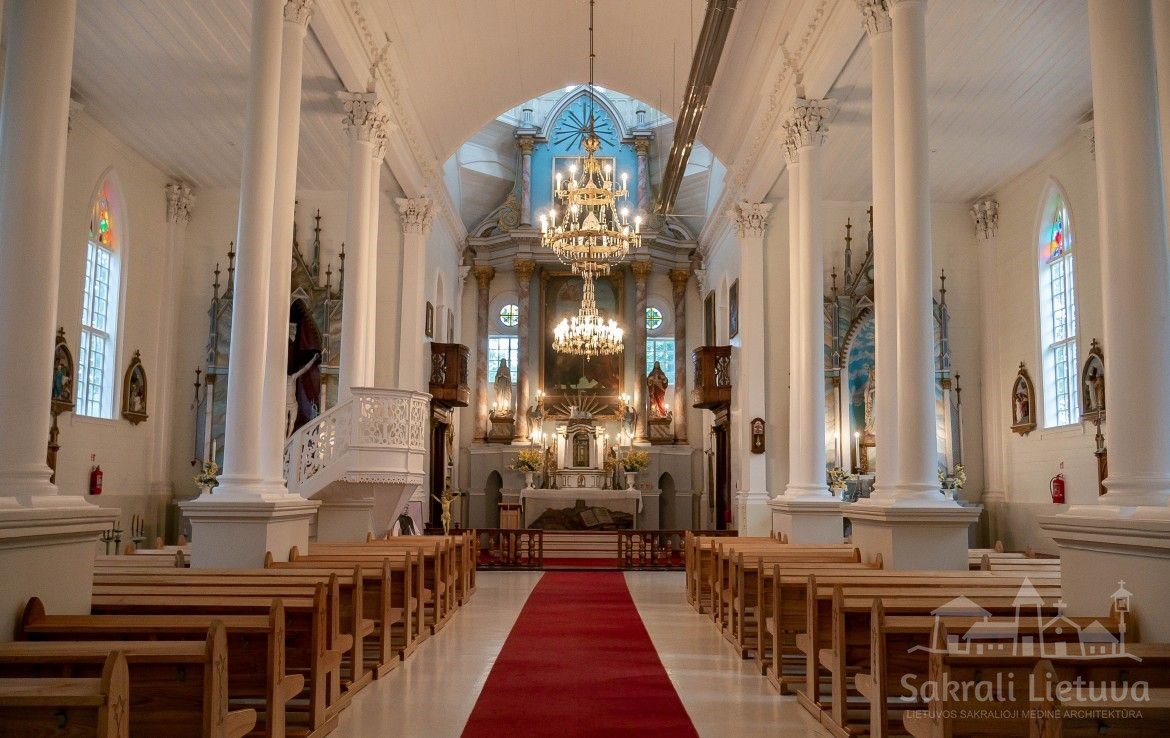 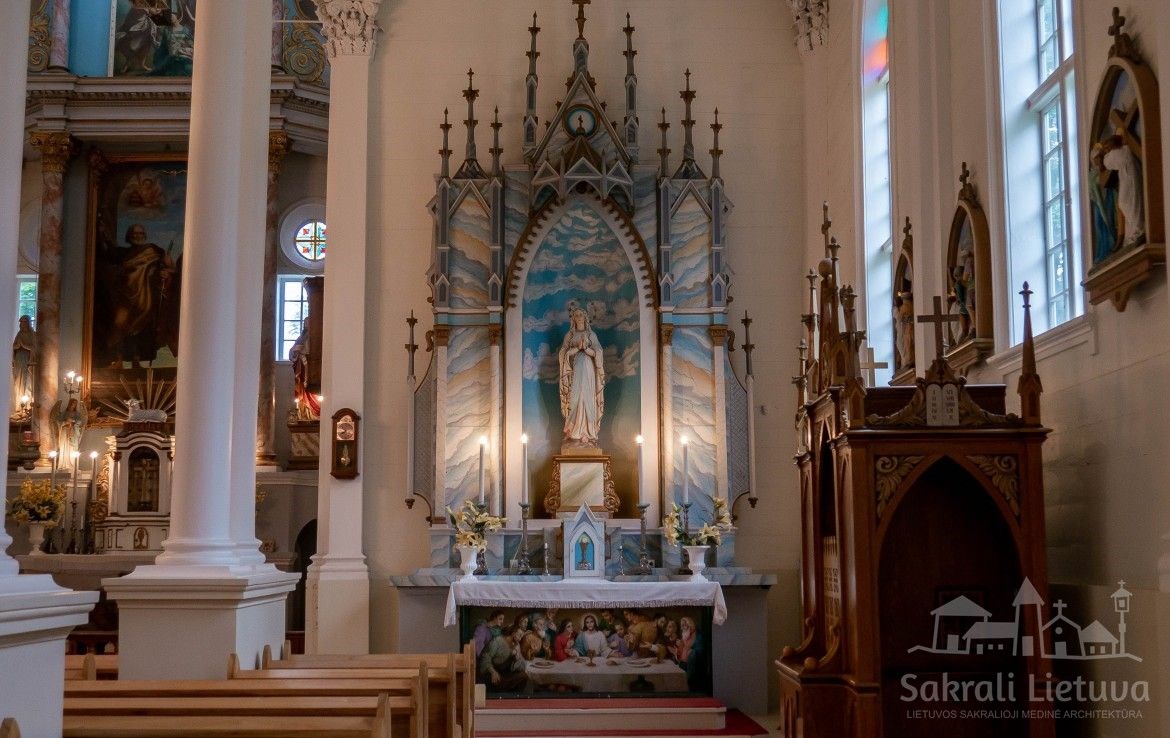 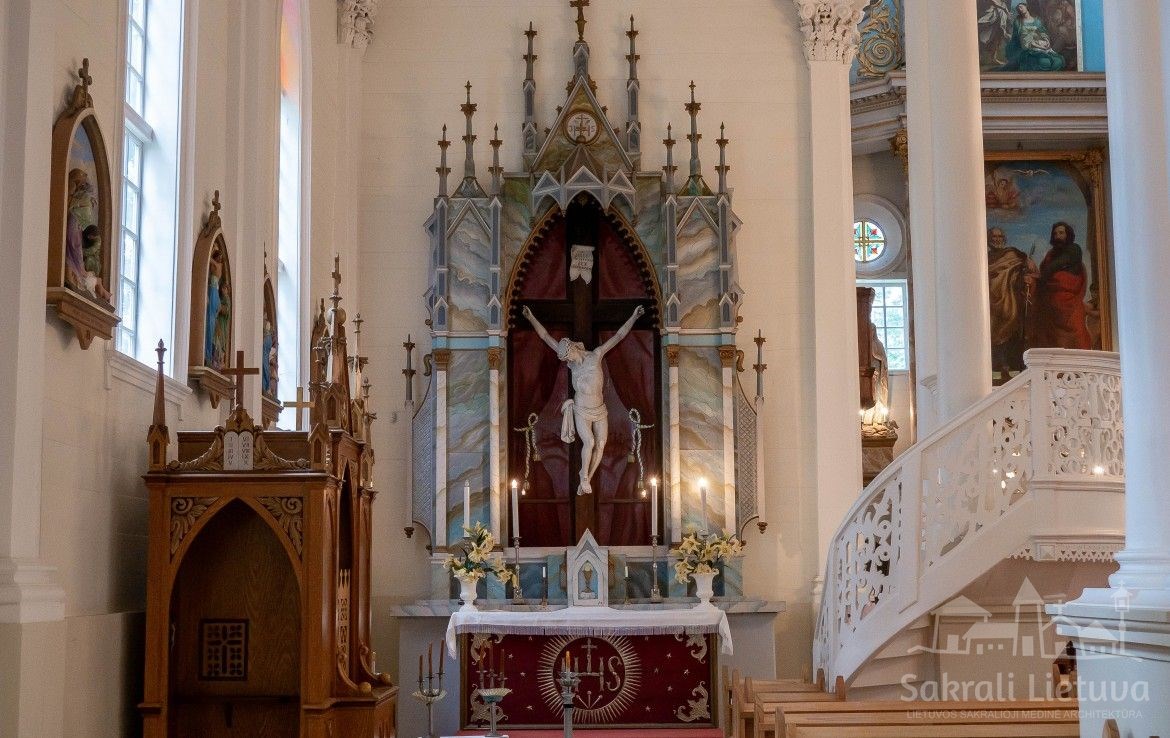 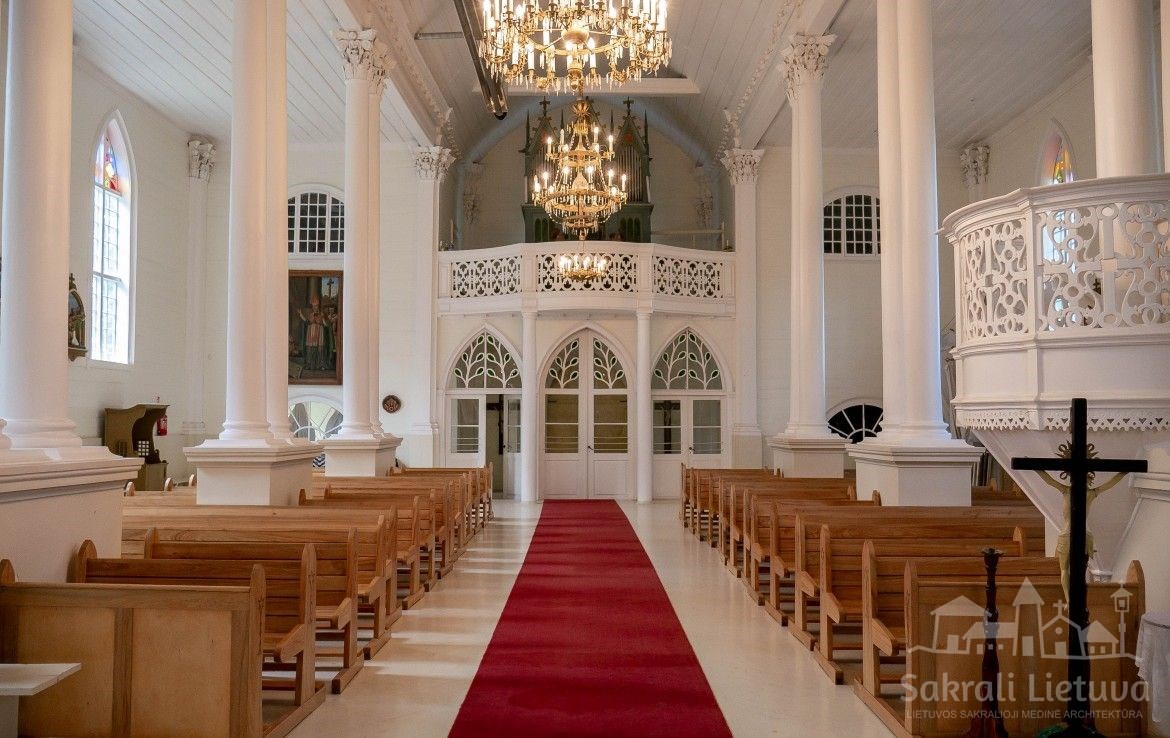 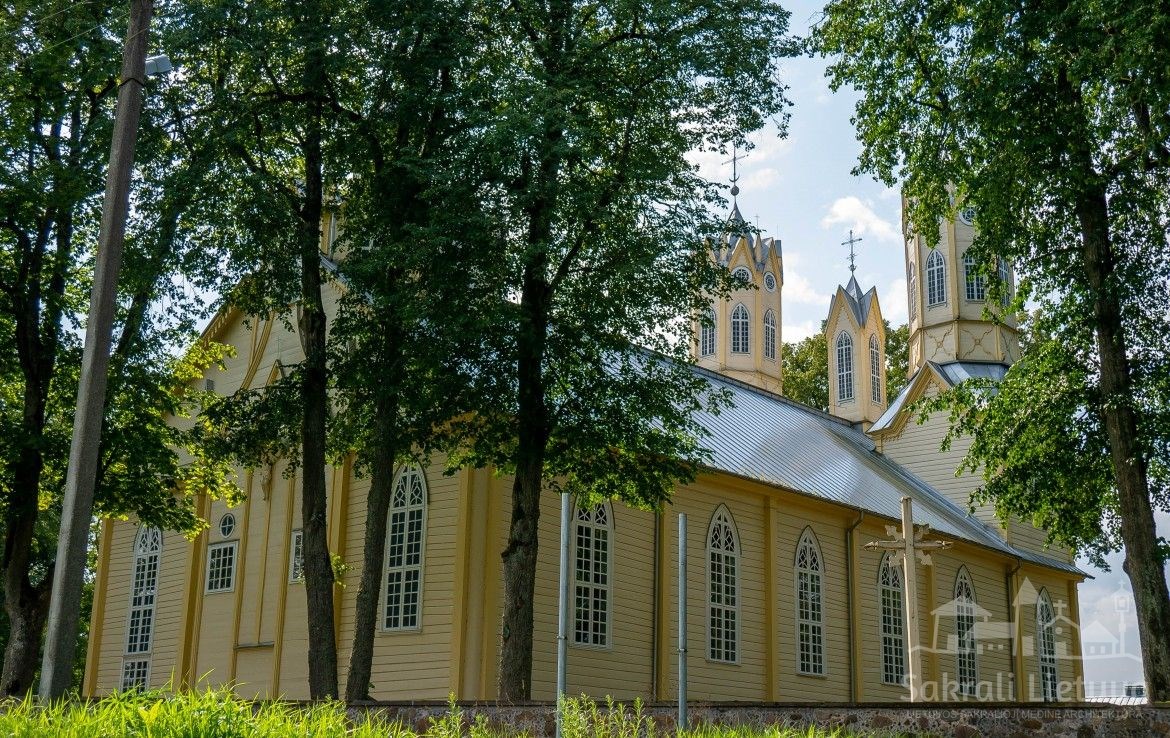 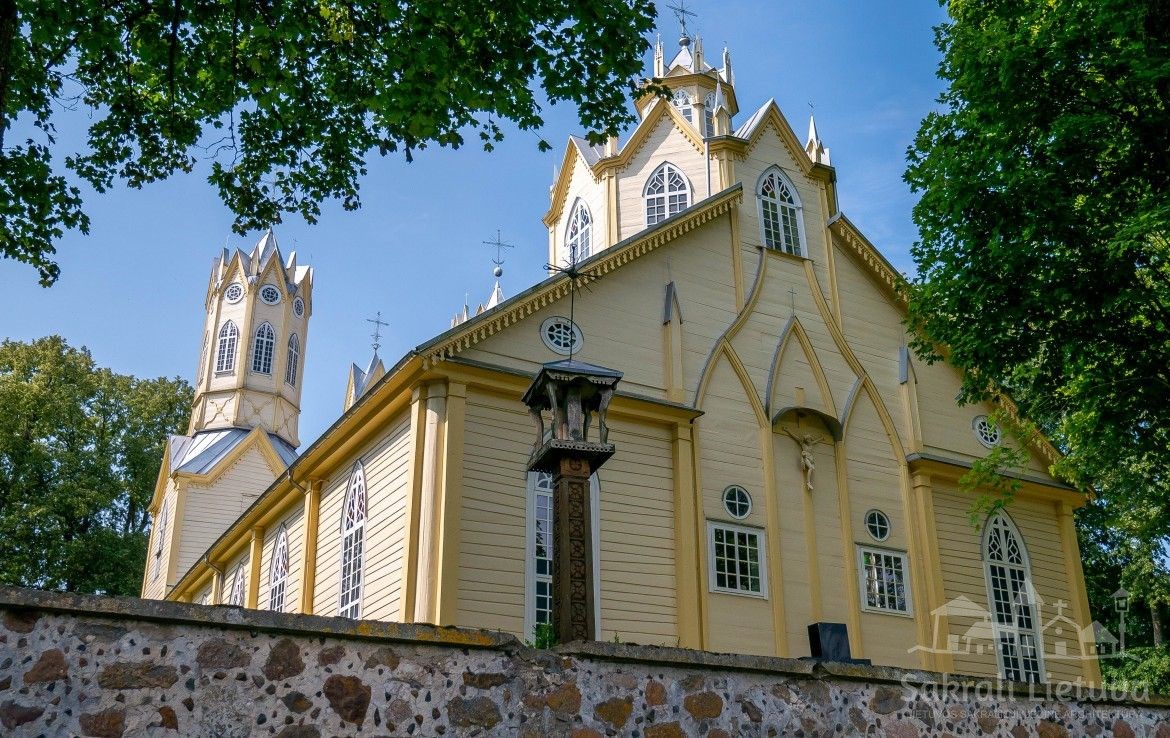 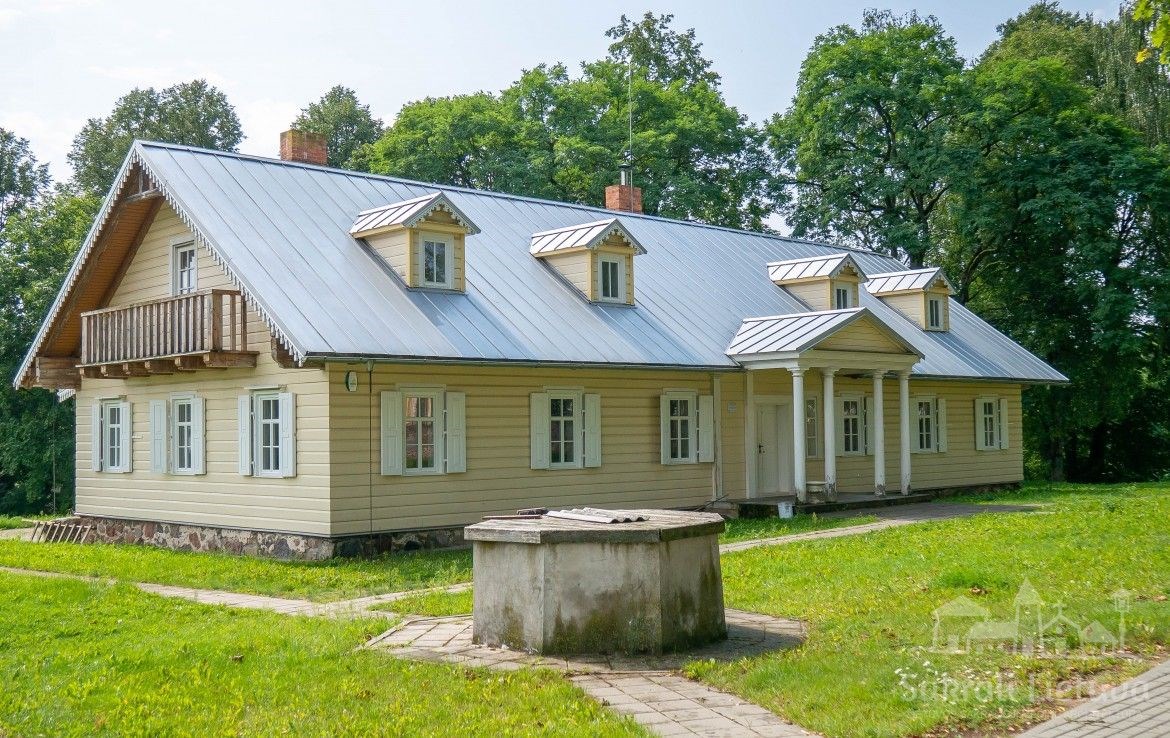